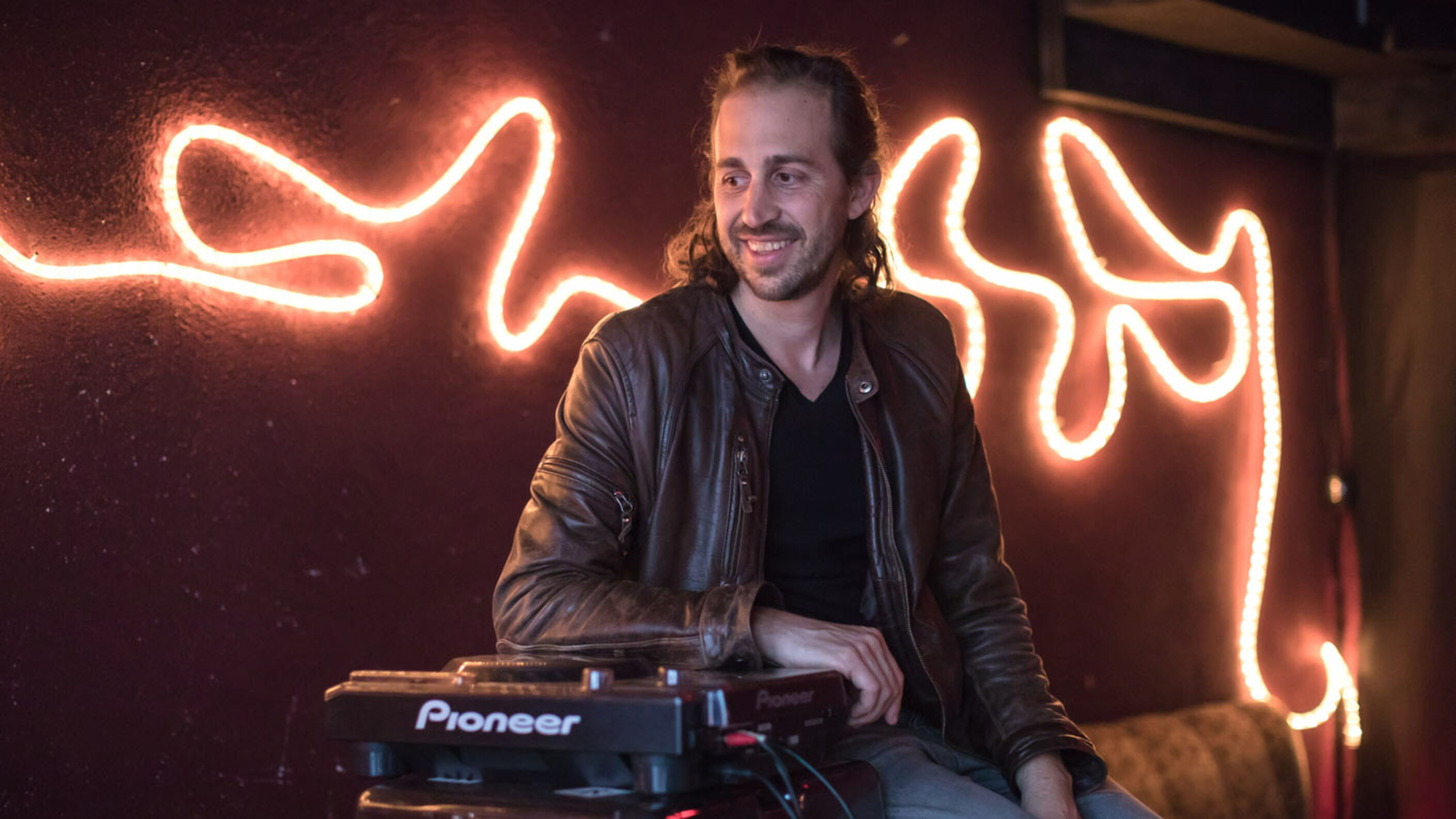 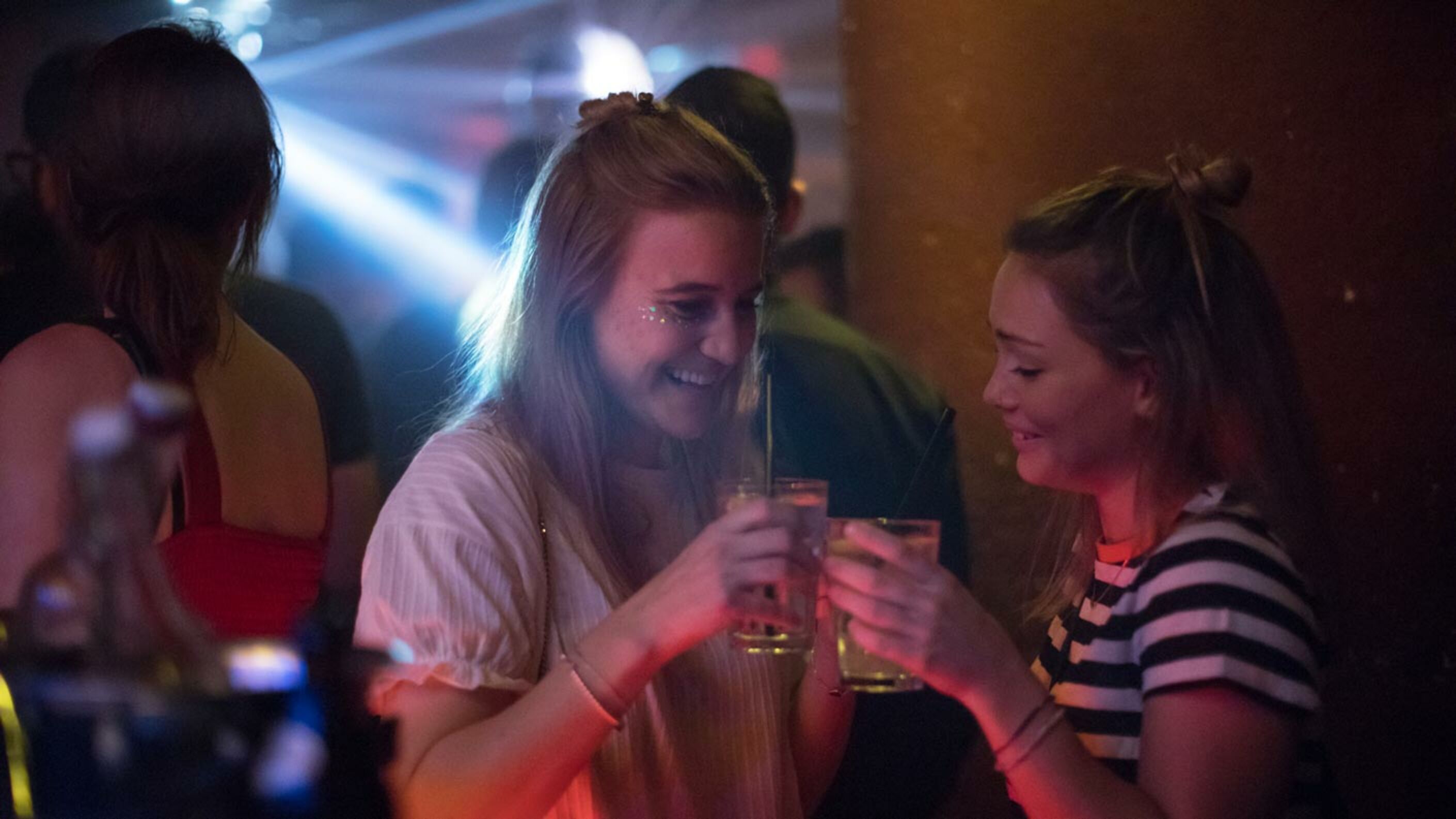 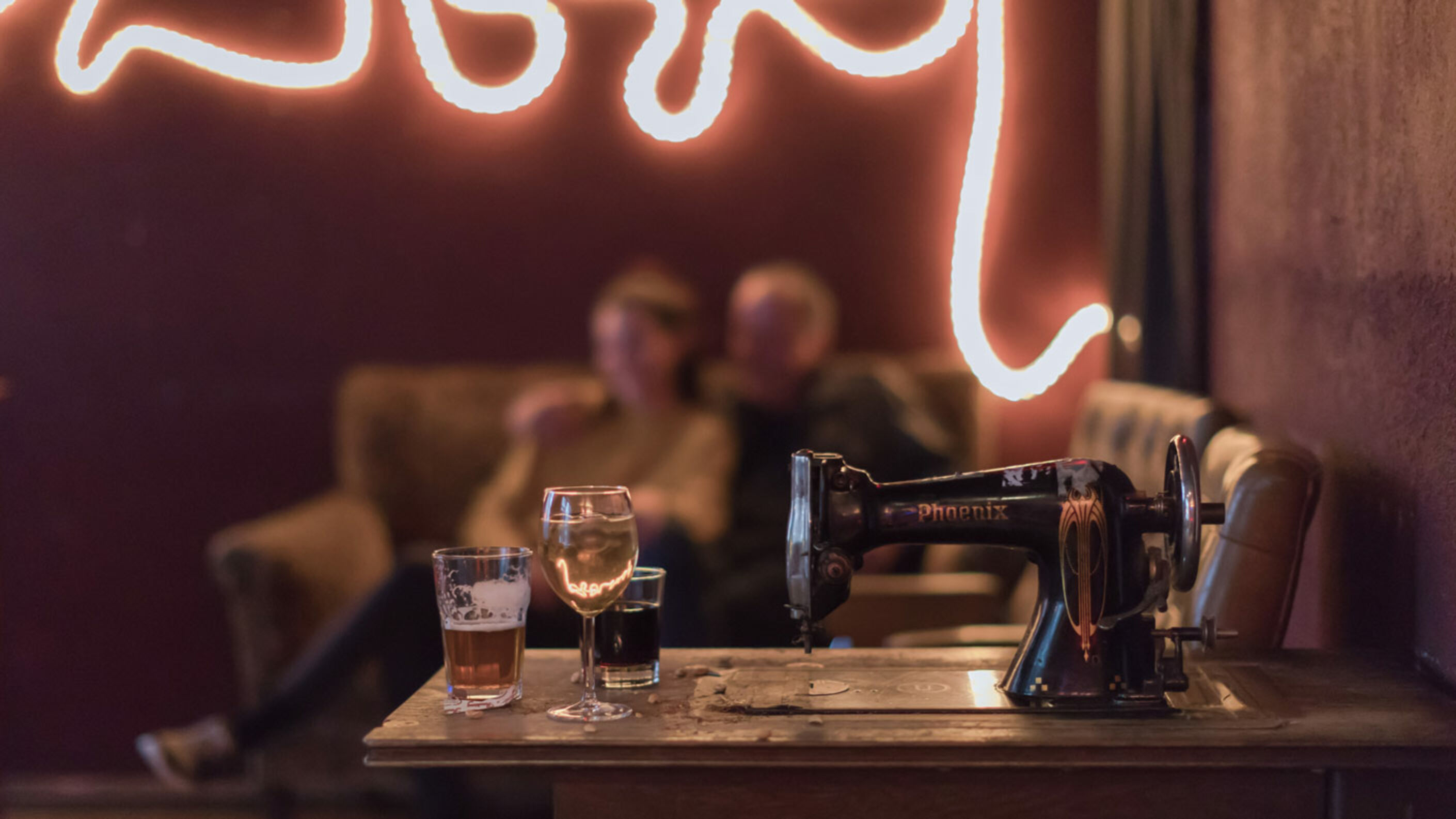 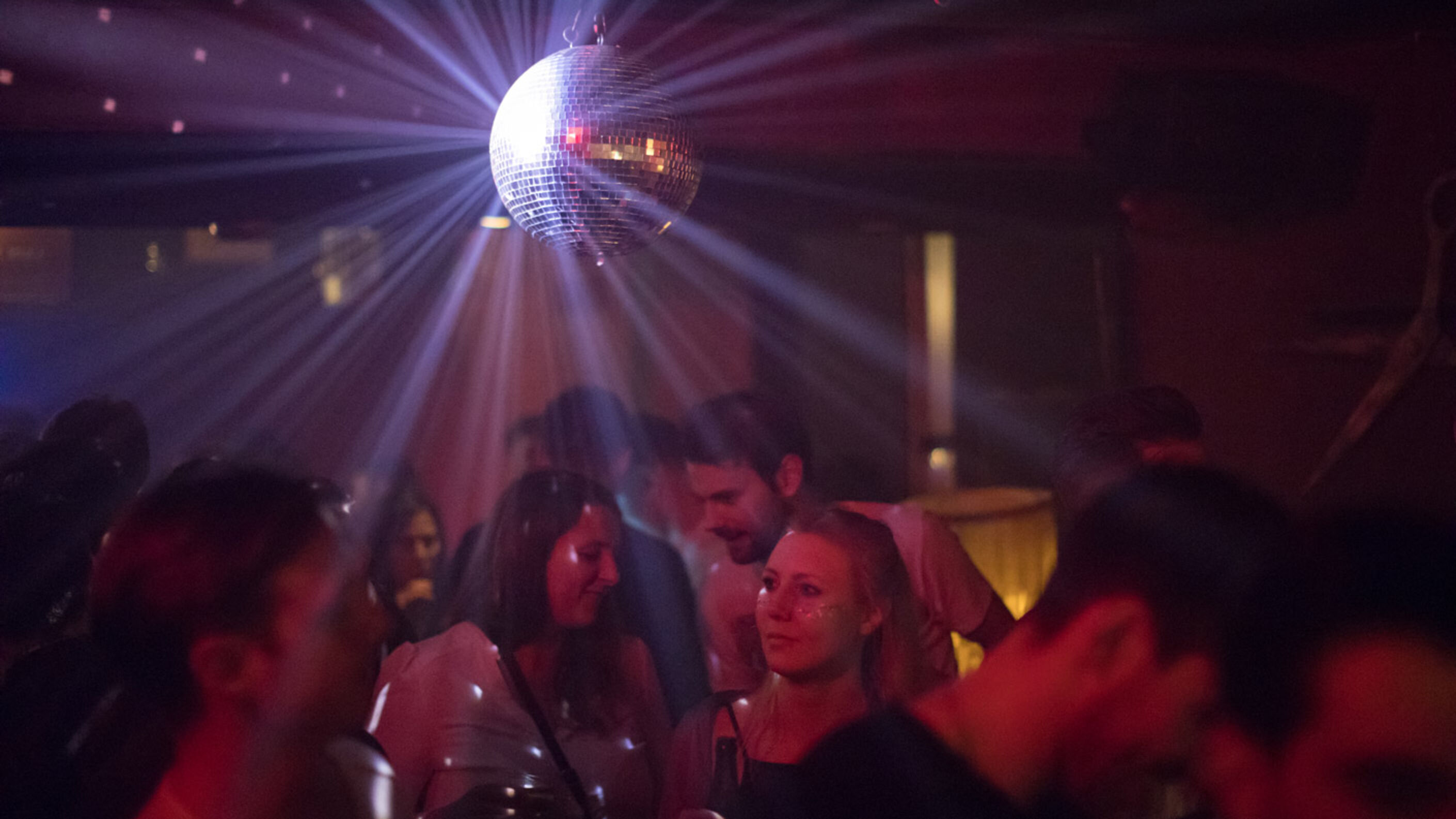 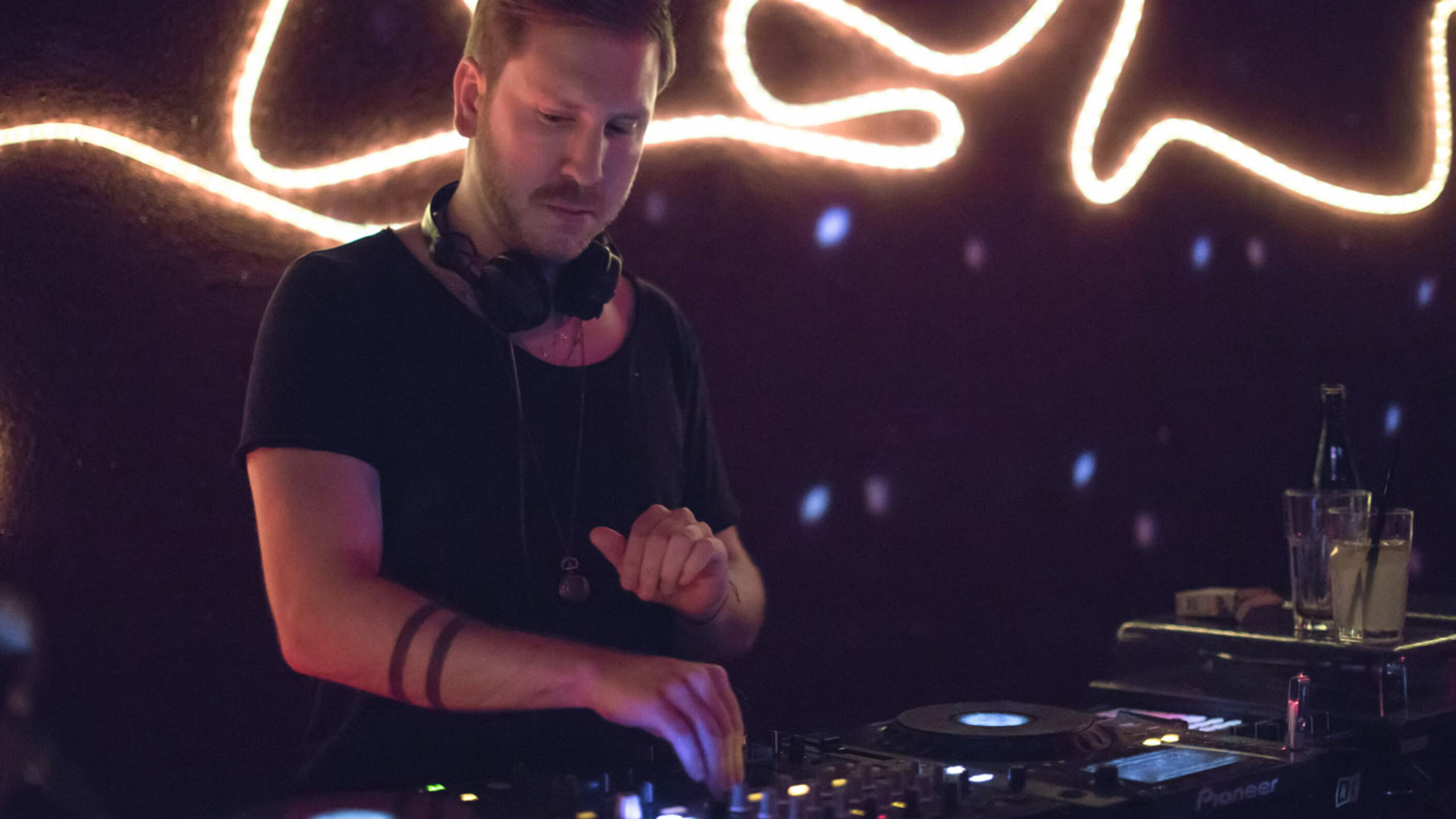 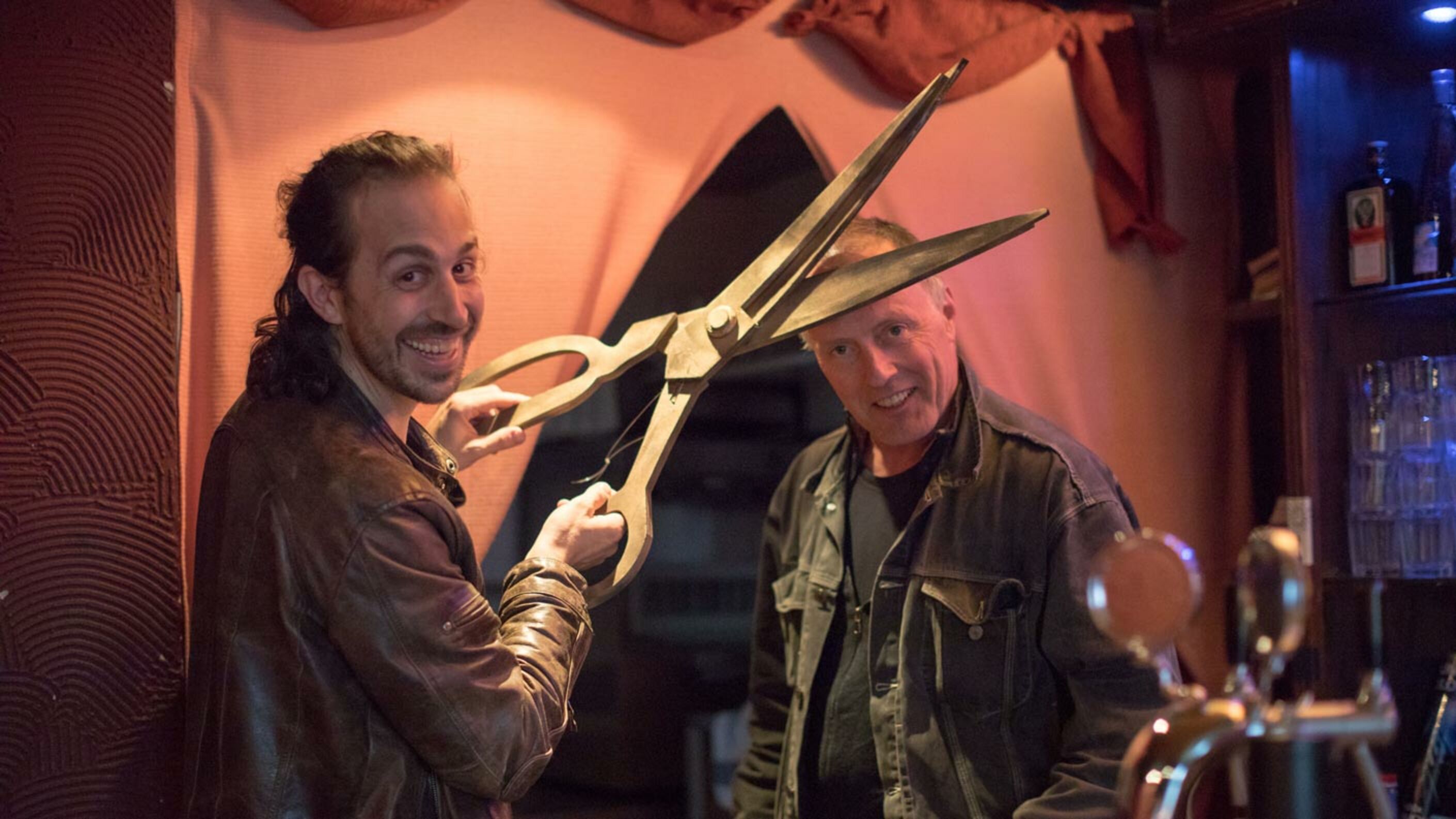 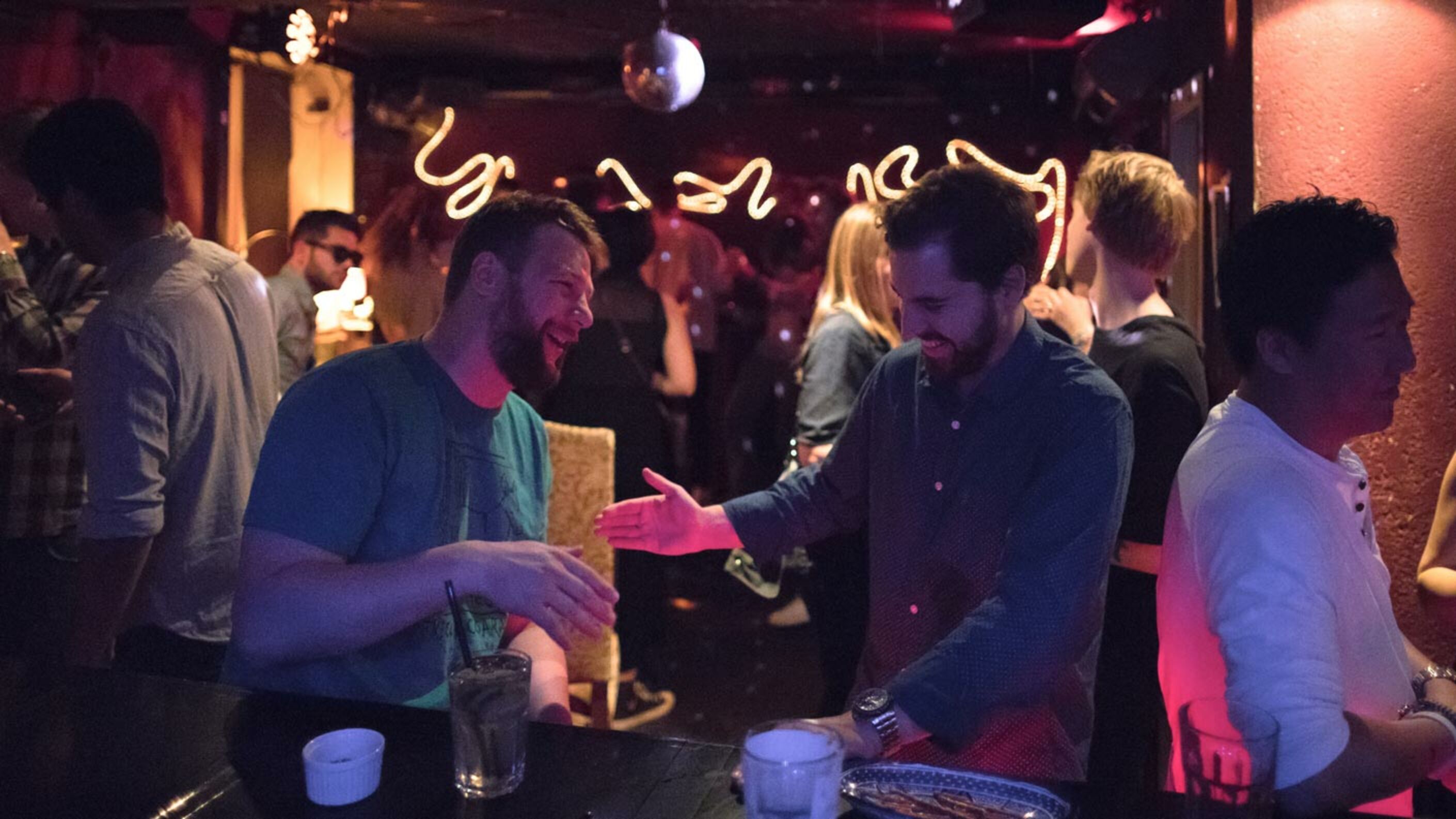 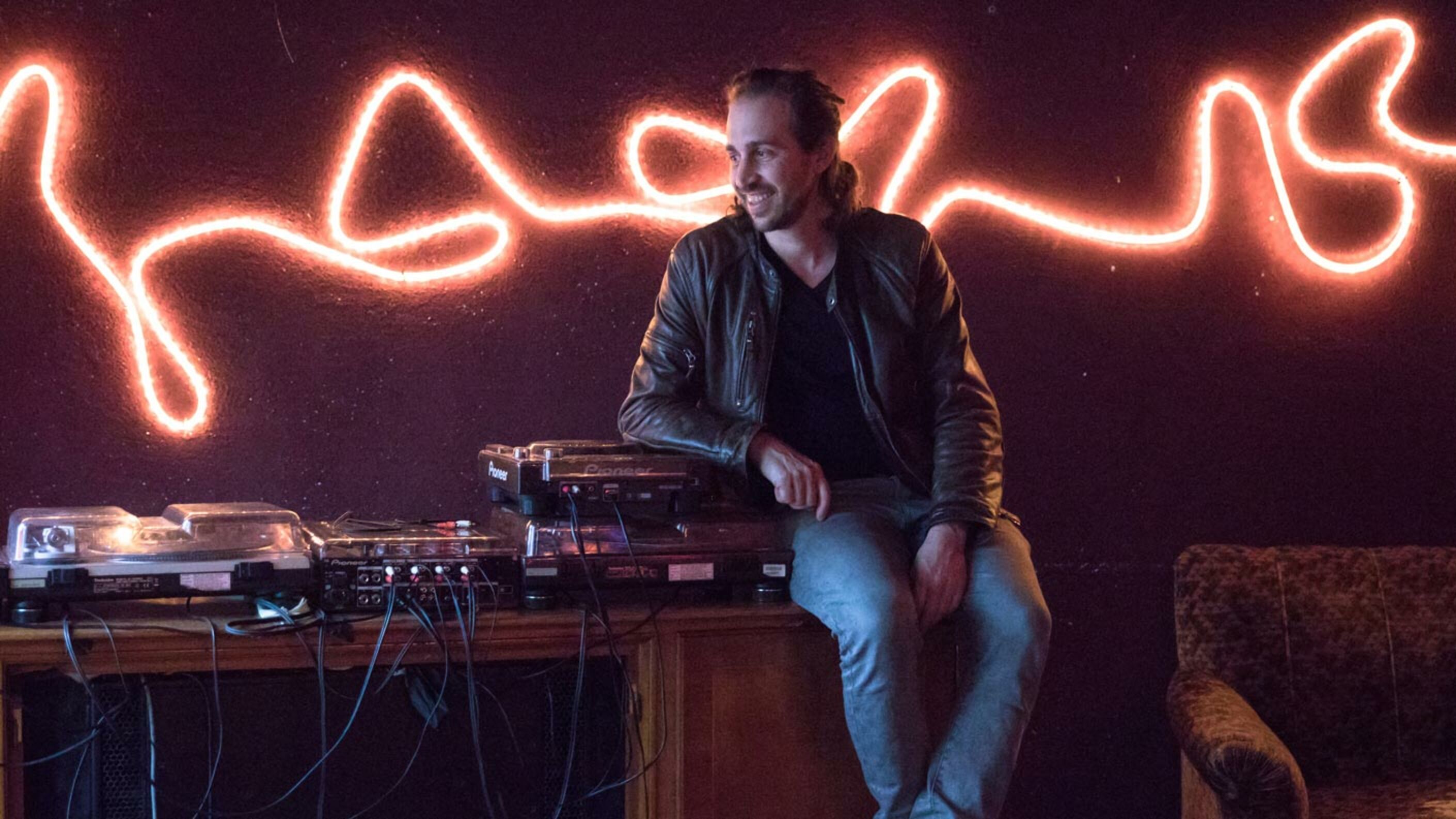 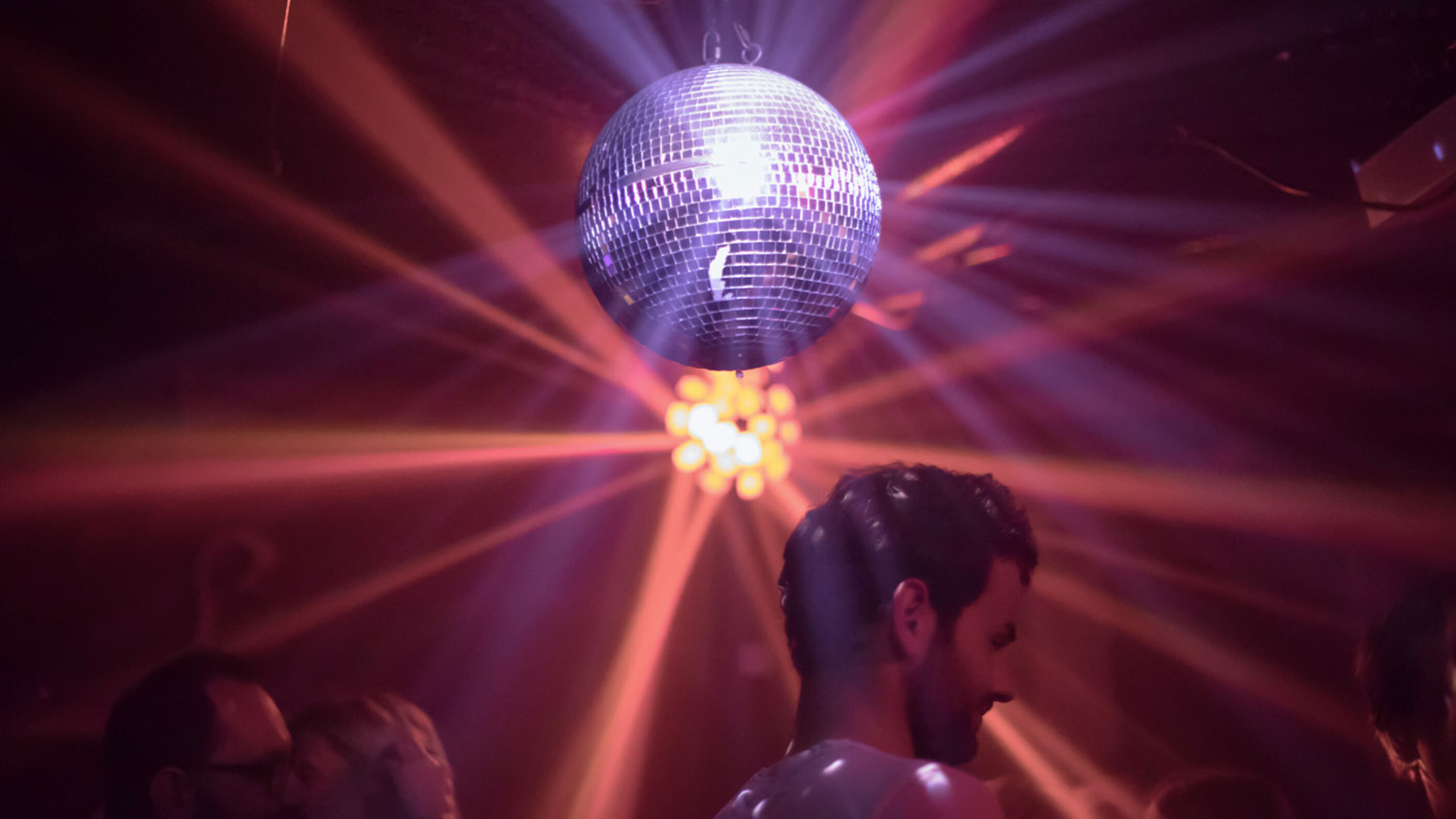 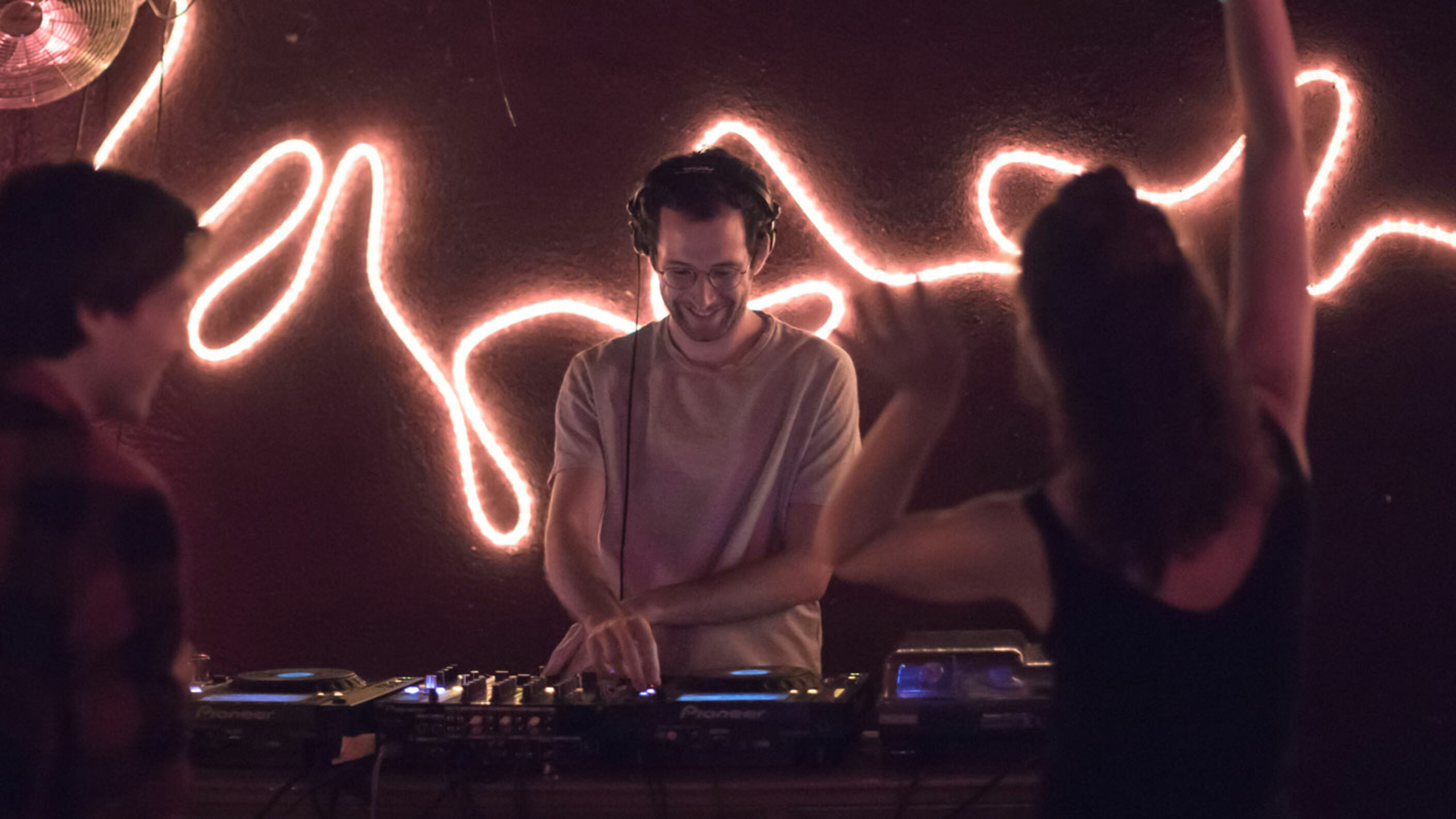 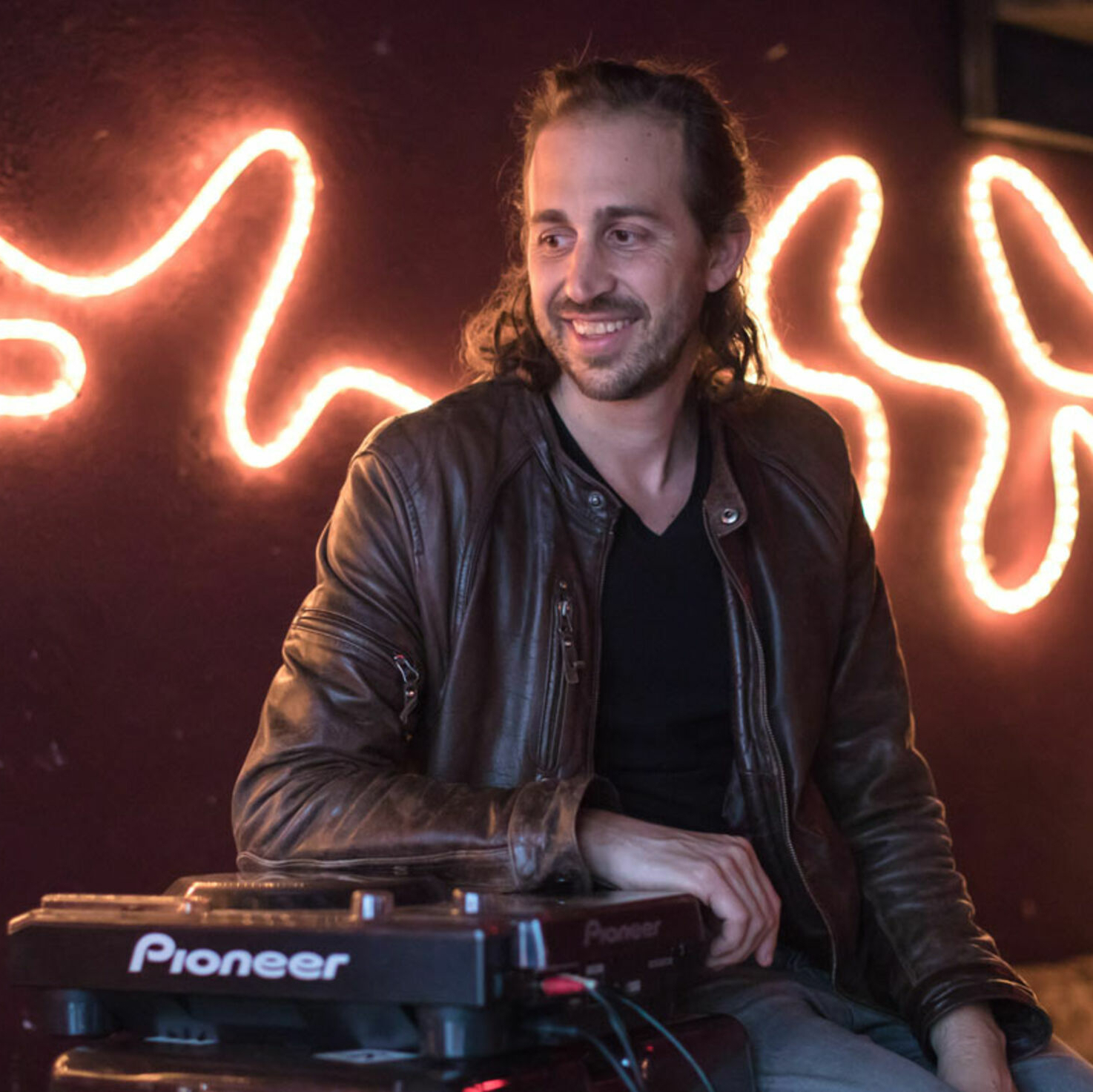 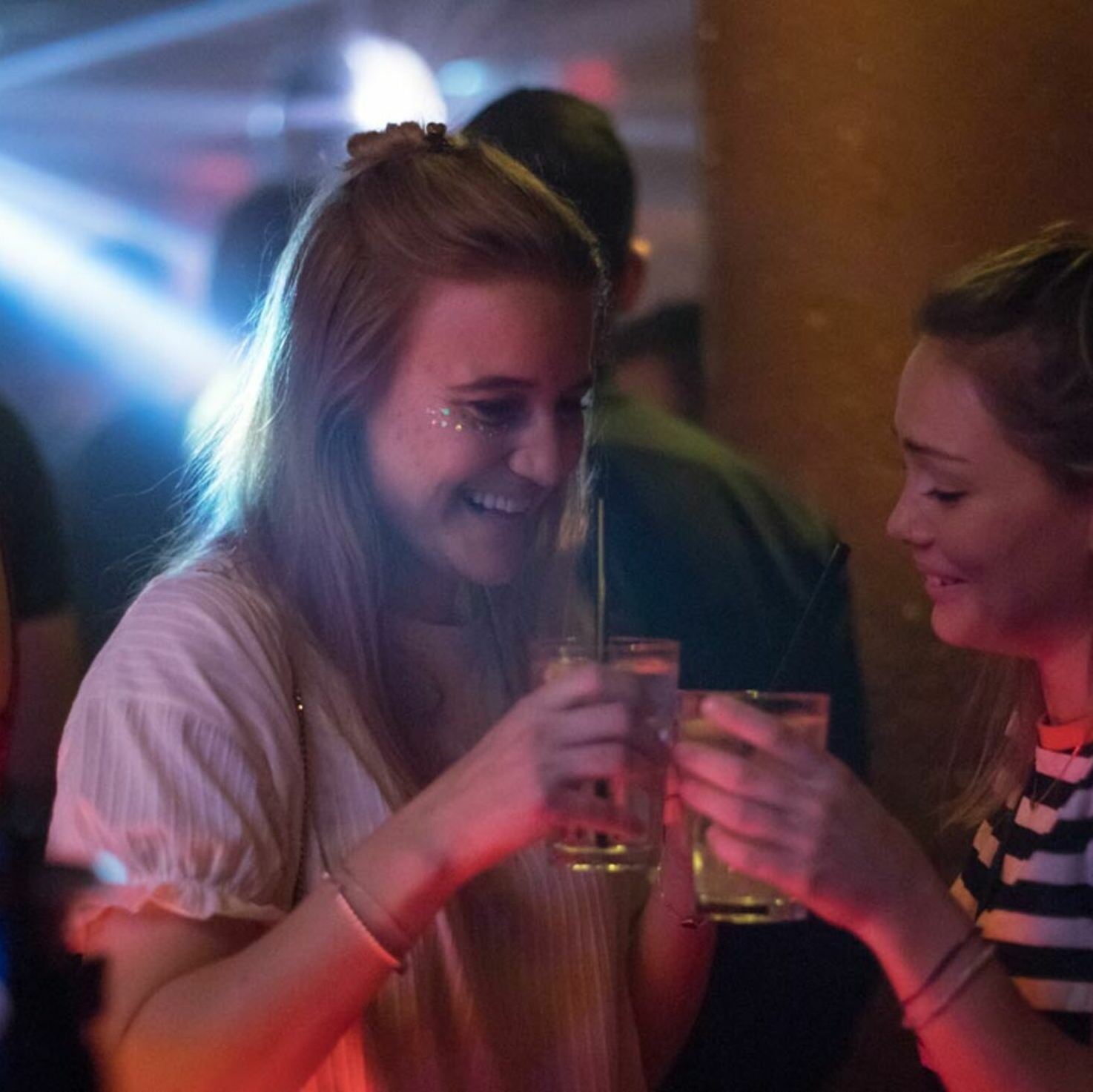 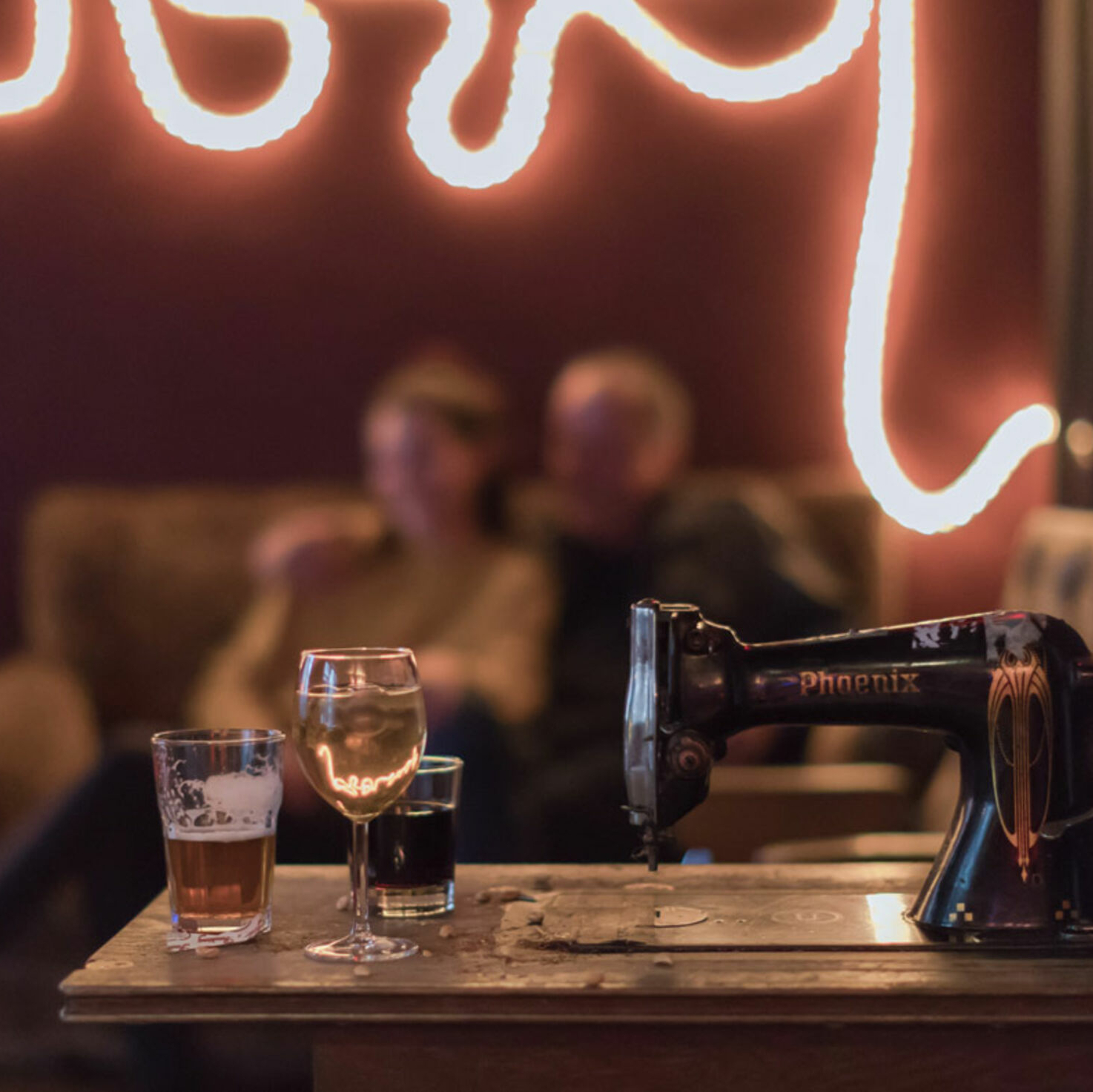 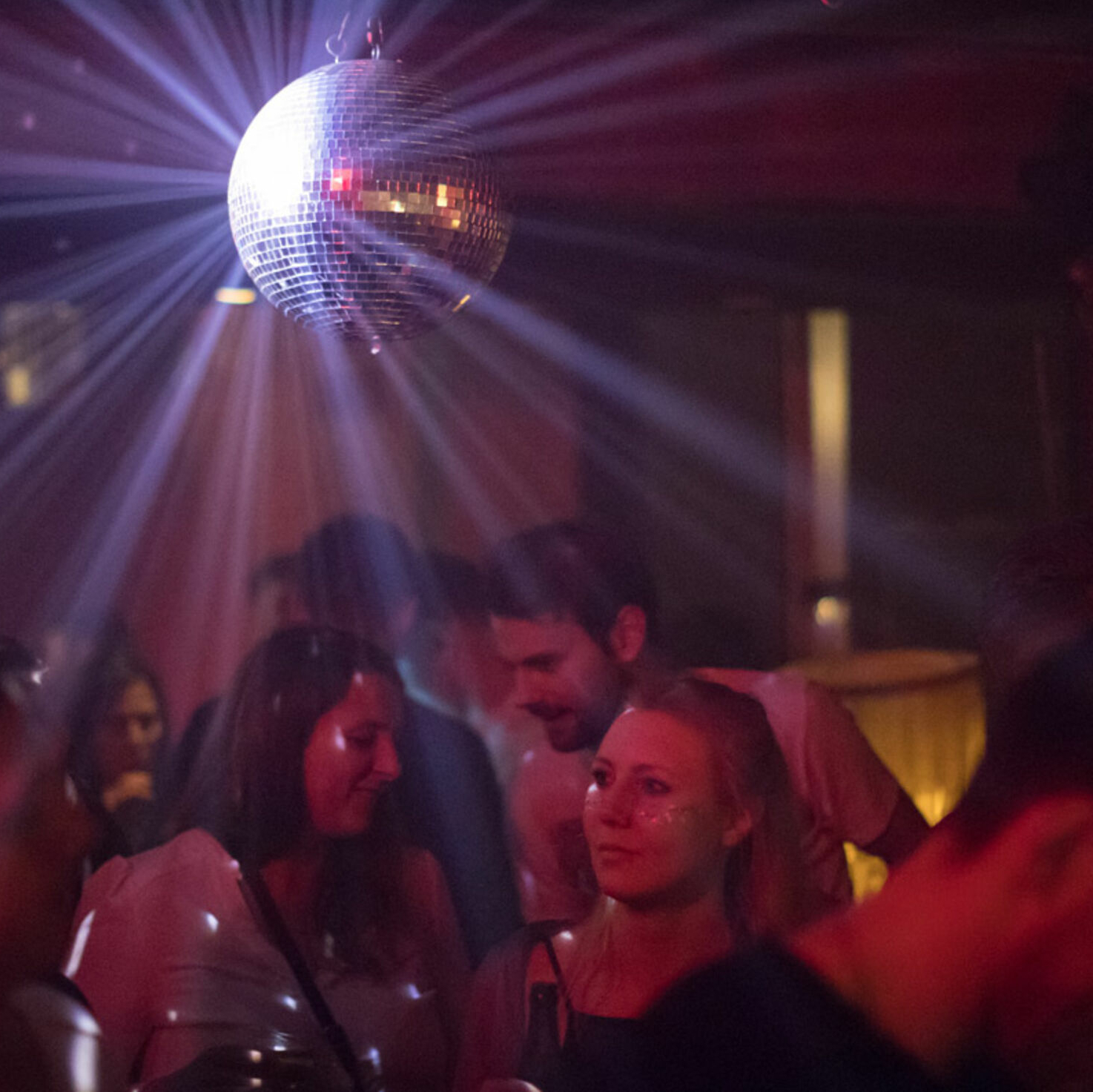 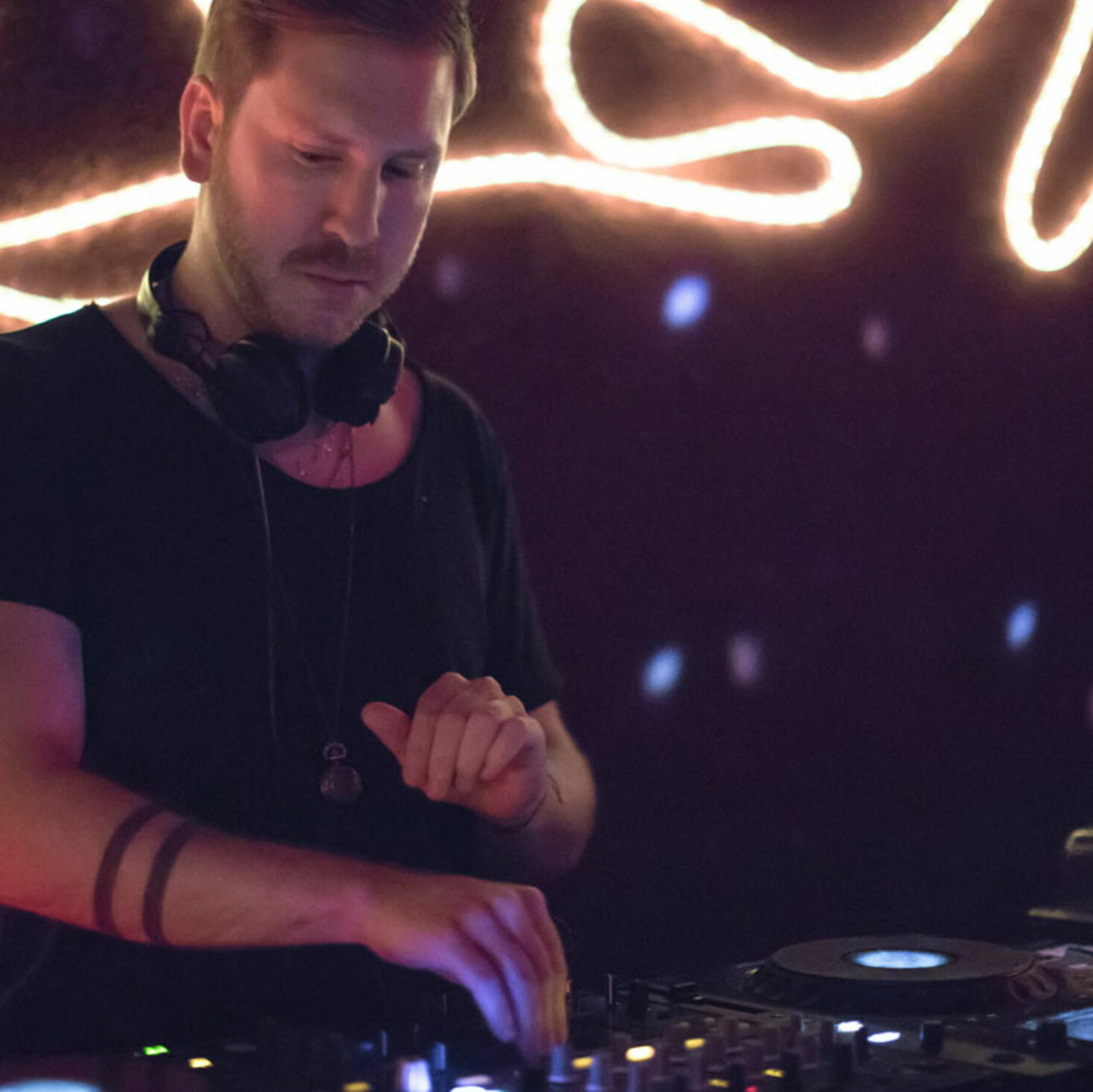 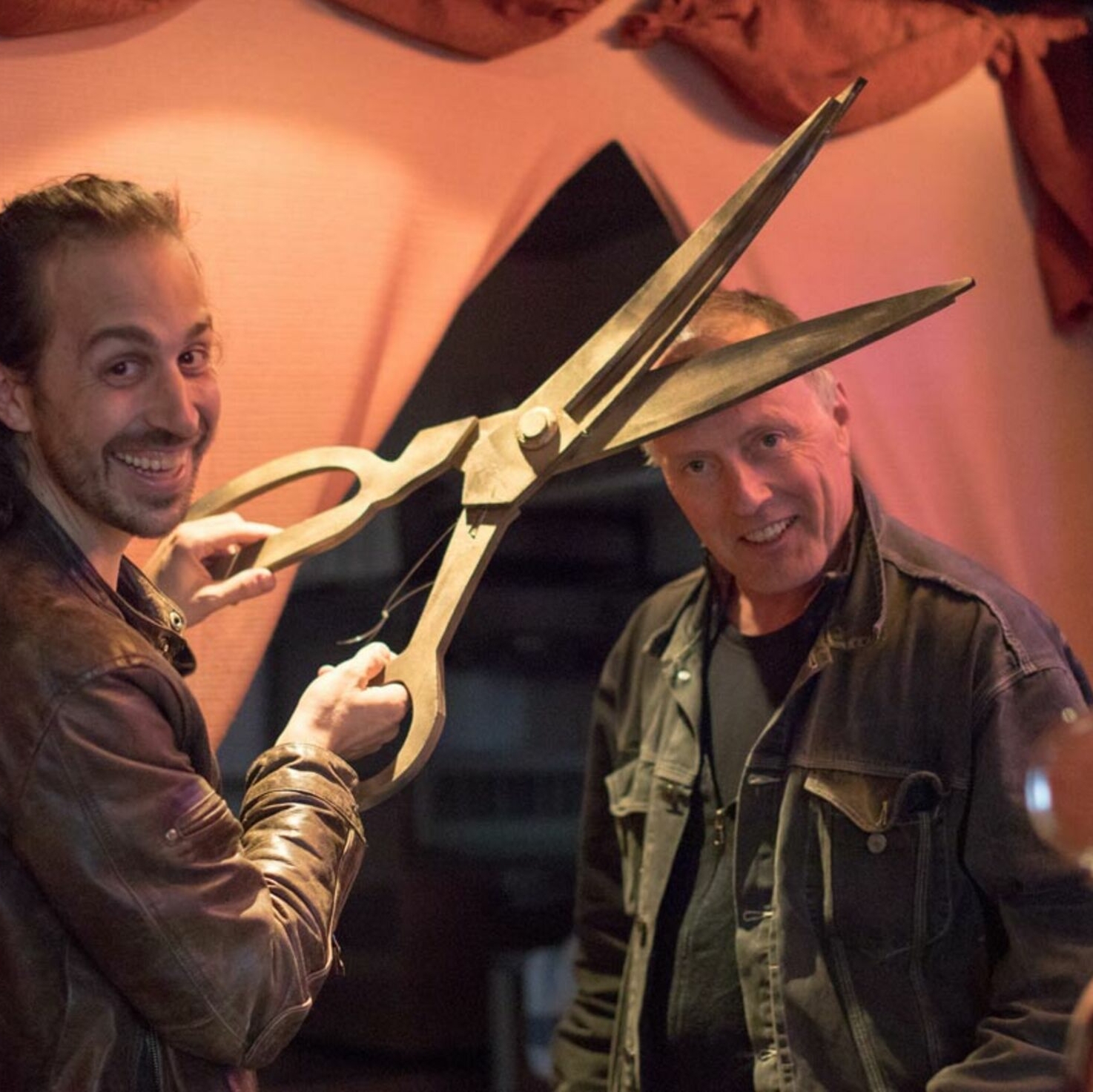 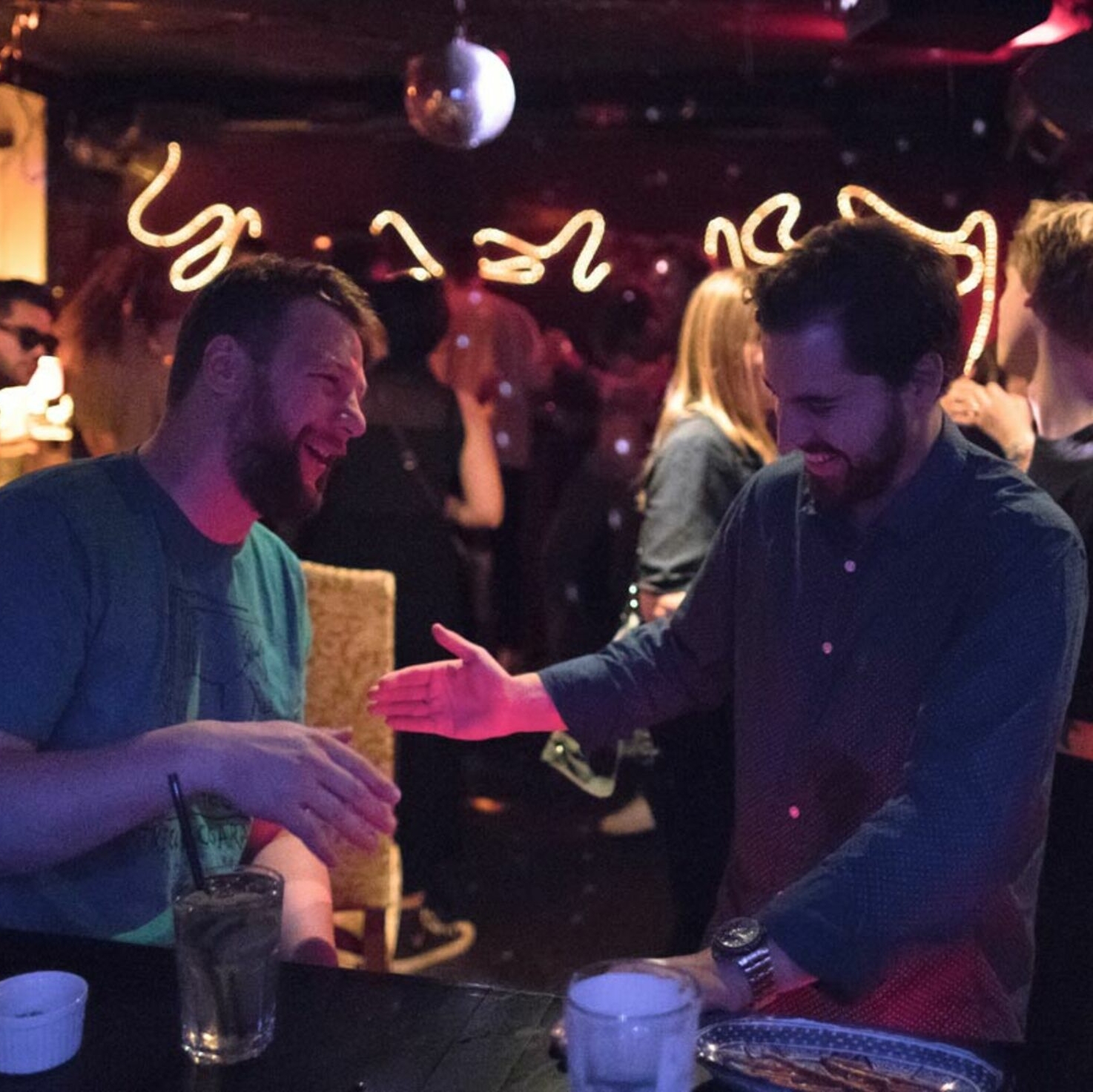 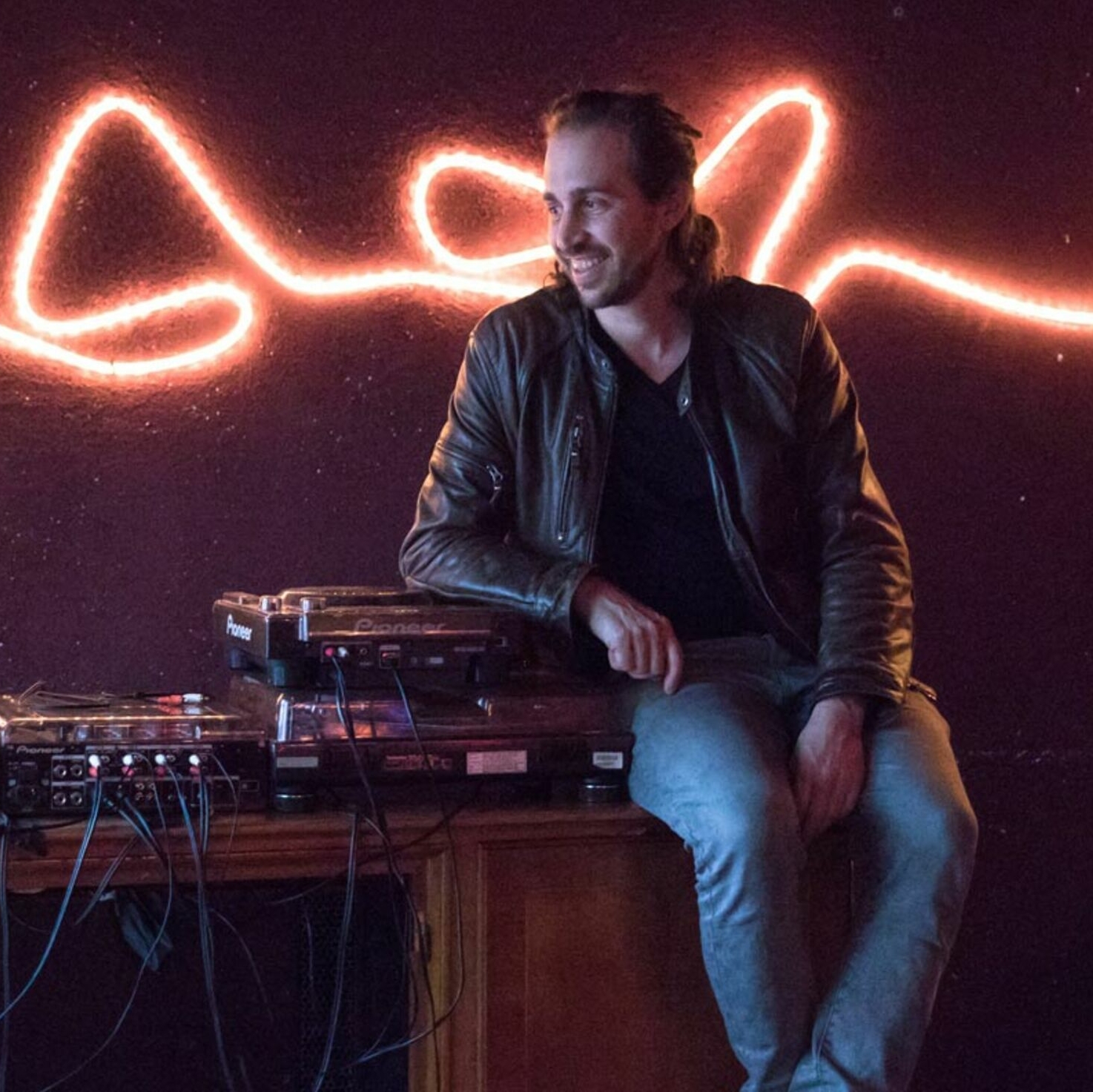 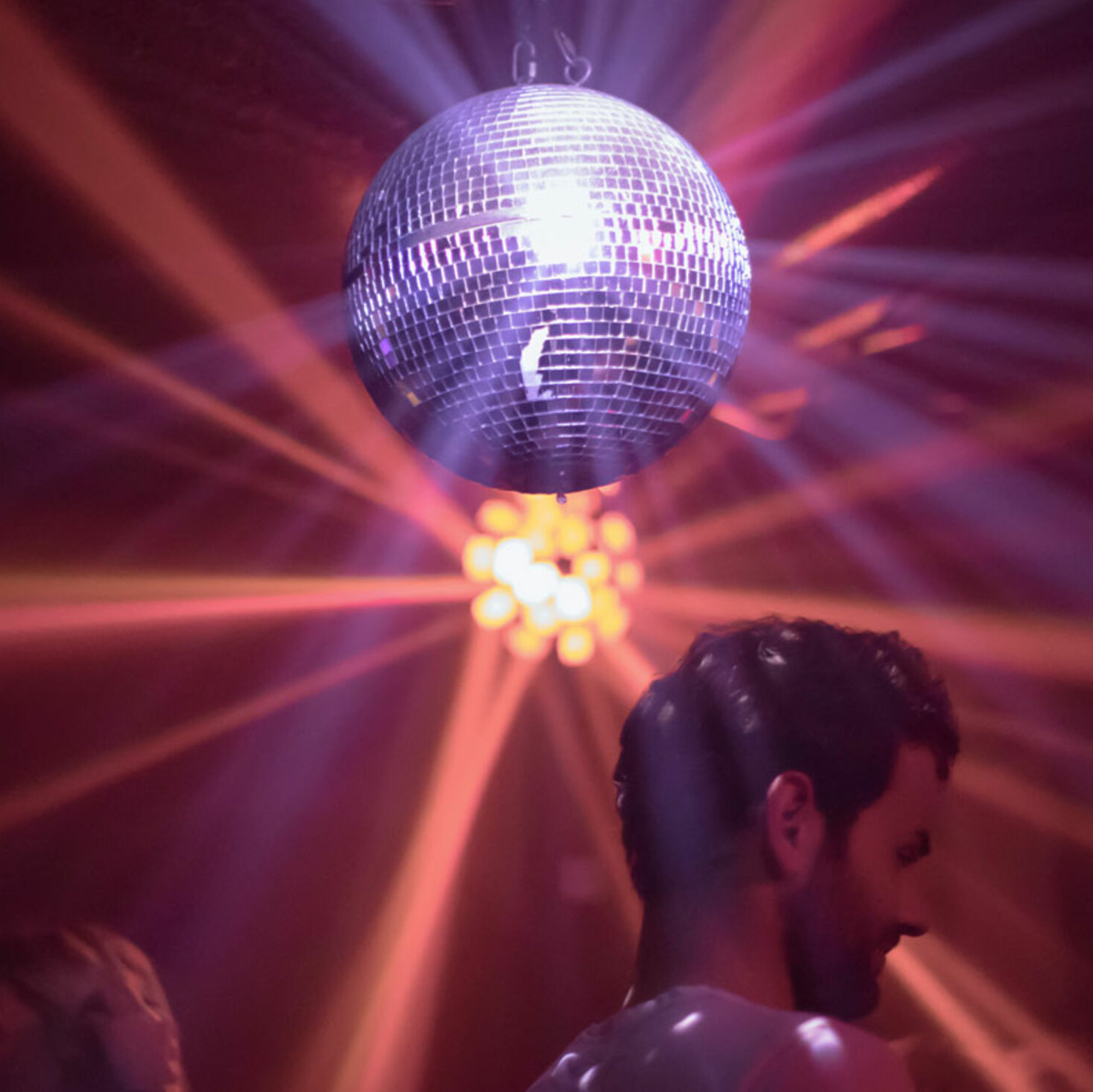 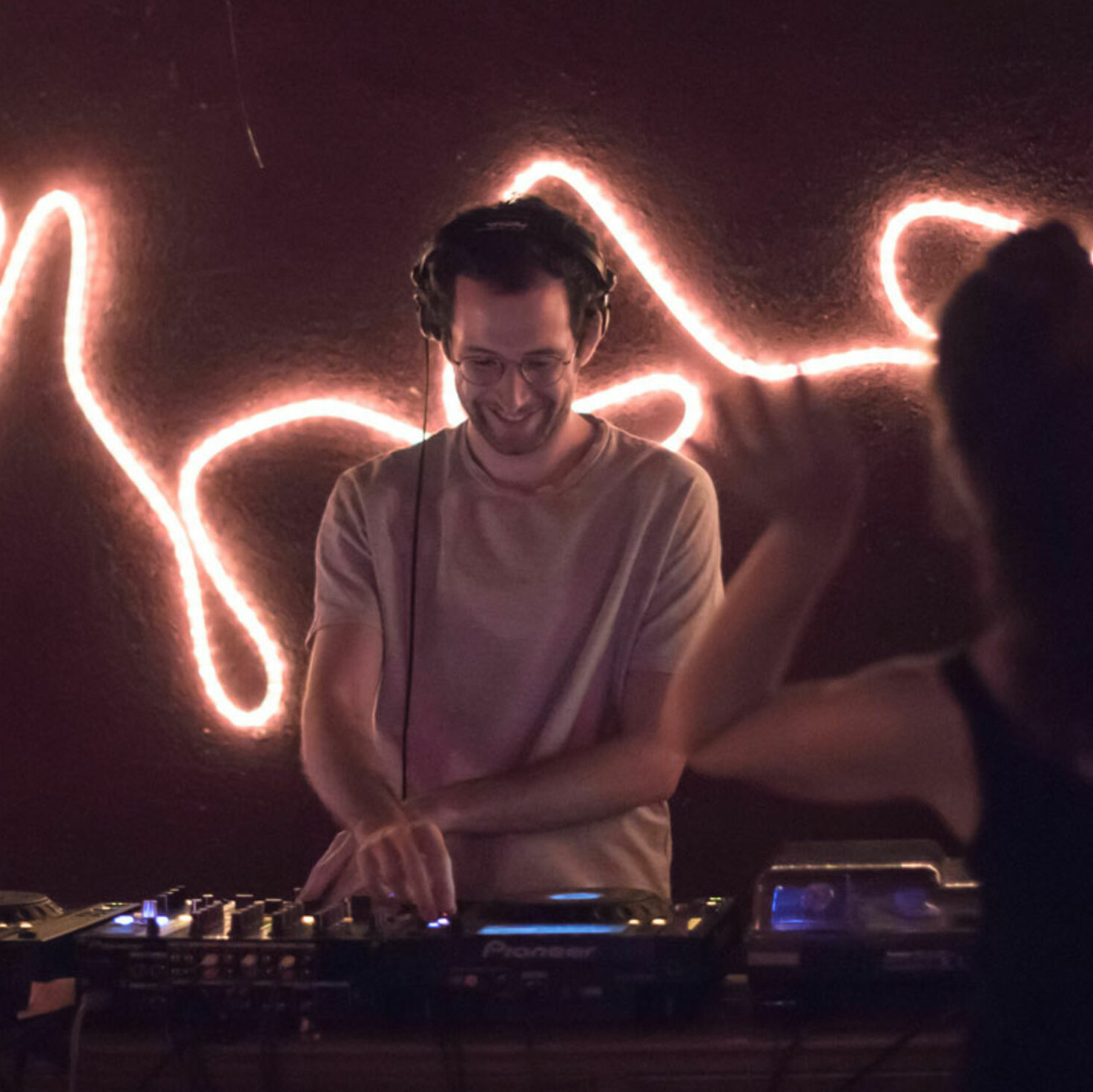 A nightclub hidden away in a kebab shop. Thomas Nussbaumer is doing well as a club owner – a role he stumbled into by accident.

Schneiderei hasn’t been a secret address for some time now. Even so, it has managed to retain the speakeasy charm that is typical of hidden venues in cities like New York and Berlin: ideally underground, exclusive and unrecognisable from the outside. To get to a speakeasy, patrons often have to pass through a private room, a Chinese restaurant or – in this case – a kebab shop.

The scent of hot oil and grilled meat spills into the street. Behind the window, a stacked rotisserie rotates languidly under the harsh light. Inside the kebab shop, a few guests chew on pita bread or get stuck into boxes packed with meat and veg.

Judging from the atmosphere and the interior, this is a kebab shop like any other on Zurich’s colourful Langstrasse. It’s only when a small group of people enters the shop, strides purposefully past the counter and disappears up the stairs that it becomes clear: there’s more to this place than meets the eye.

It’s only when a small group of people disappears up the stairs that it becomes clear: there’s more to this place than meets the eye.

These stairs lead to Schneiderei, one of the oldest clubs in Kreis 4. The nightclub is approximately the size of a living room, and has been furnished with old Persian rugs and vintage furniture from the Brockenhaus second-hand store. At the weekend, up to 200 people per night arrive to dance, flirt and enjoy themselves. In contrast to the superclubs in Zurich’s main nightlife area, which try to attract clubbers by being as loud and flashy as possible, Schneiderei keeps a low profile – which is exactly why it’s so successful.

I meet Thomas Nussbaumer, the founder of Schneiderei, for lunch in a company cafeteria. During the week, this Vienna native works as an engineer for a high-tech company – what he dubs his ‘normal’ life. He lives his other life at the weekend in Schneiderei. Nussbaumer is proud of his ‘baby’, as he calls it, which is a true passion project. It’s not about earning money. ‘I don’t do any PR or marketing. I want Schneiderei to keep its alternative edge. Word-of-mouth means the club is always full anyway.’

During the week, this Vienna native works as an engineer for a high-tech company.

Schneiderei’s story began back in 2011. At the time, Nussbaumer was living on Langstrasse and often went for food at his favourite kebab shop. ‘It was always pretty quiet in there. So I went to the owner and proposed that we start holding gigs in his place. I christened the events “Rock the Kebab”.’ The idea caught on, the shop filled up, the mood was good and the owner sold kebabs to a small army of people. ‘That was, until the police turned up and banned the parties because of the loud music.’

‘That was, until the police turned up and banned the parties because of the loud music.’

But Nussbaumer wasn’t ready to give up. He had the shop’s small upstairs space in his sights. At that time, a Turkish tailor rented the workshop and occasionally used it as a place to sew. ‘He was rarely ever there, which is why I was allowed to take over the space.’

Nussbaumer never prepared a business plan. All he had to go on was his vision of a space where people could get to know one another. ‘In most clubs around here, there is no meaningful interaction between strangers. Either you pick somebody up or you don’t. You never make friends in a club.’ He wanted Schneiderei to feel different – like meeting in a friend’s living room. That would make it intimate enough for people to talk to one another, while still being large enough for dancing. A kind of ‘institutionalised flat party’, as Nussbaumer calls it.

He wanted Schneiderei to feel different – like meeting in a friend’s living room.

The first evenings were an exercise in improvisation: the DJ booth was made of old crates, and every couple of hours, one of the barkeepers would rush downstairs to the kebab shop to wash glasses. Nussbaumer himself used to cycle to a garage up to four times a night to buy more ice. ‘Schneiderei is a prime example of being able to achieve your goal without having a plan and relying instead on improvisational talent,’ says Nussbaumer with a laugh.

To make the club legal, Nussbaumer registered it as a social club. ‘Being thought of as a social club almost certainly contributes to Schneiderei’s exclusive underground atmosphere. The members feel as though they’re part of a commune,’ says the 42-year-old.

‘The members feel as though they’re part of a commune.’

While other clubs on Langstrasse come and go, Schneiderei has since celebrated its seven-year anniversary. Nussbaumer believes this has something to do with the club’s amicable clientele. He says there has never been a fight, and only three people have had to be ejected from the club over the years. A ‘friendliness first’ policy applies in Schneiderei – from the bouncer to the barkeeper. ‘I’ve been irritated by arrogant staff many times before. That’s why I choose my staff based on how endearing and friendly they are.’

Nussbaumer has yet to draft a plan or set out a concept. Schneiderei may close in a couple of years, or it may stay open. ‘It’ll be cool for as long as it’s cool. The next party is the only thing on my mind for now,’ says Nussbaumer with a grin.

If you wish to become a member of the club, you can register here. All information about the club’s programme is provided in its newsletter. Friends of members can gain access to Schneiderei without having to register – provided they go together, of course.

In addition to his full-time job and running Schneiderei, Thomas Nussbaumer is also a member of a successful band. Indie rock band The Birthday Girls is a staple at festivals, has toured Europe and was the first Swiss band to be invited to do a live radio session and interview at the BBC. The band released its third album, Disco Fragile, in March 2018.