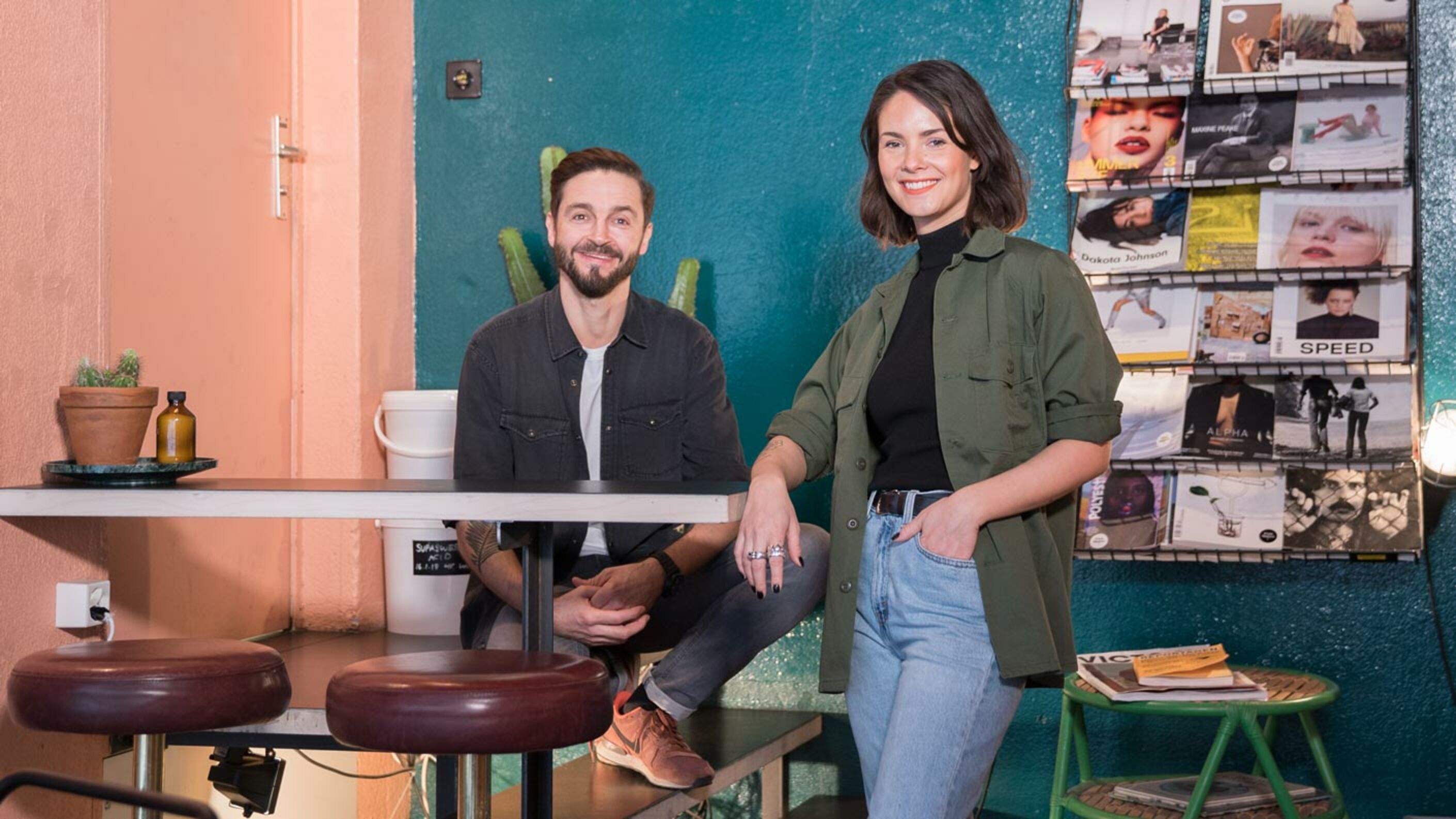 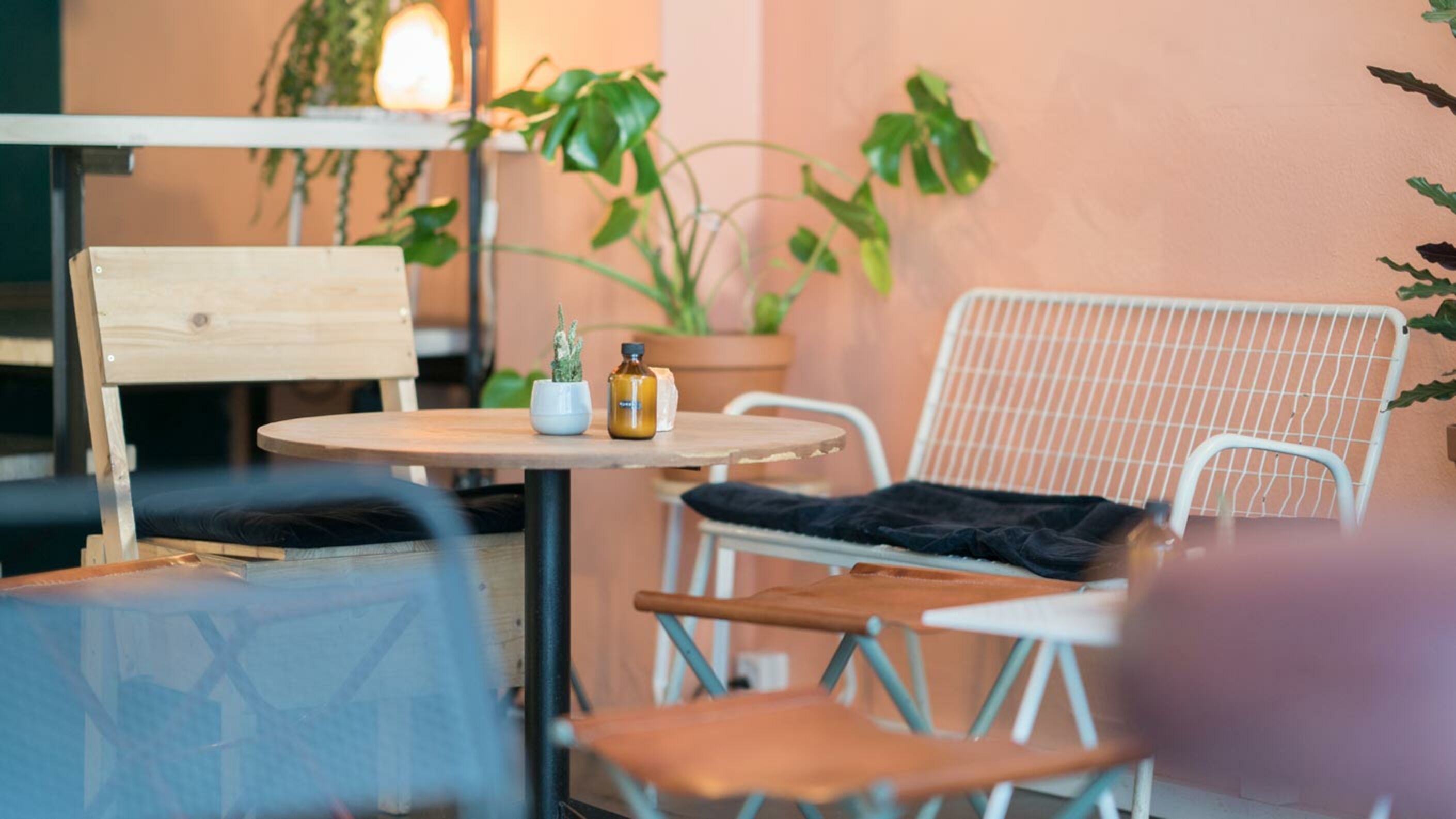 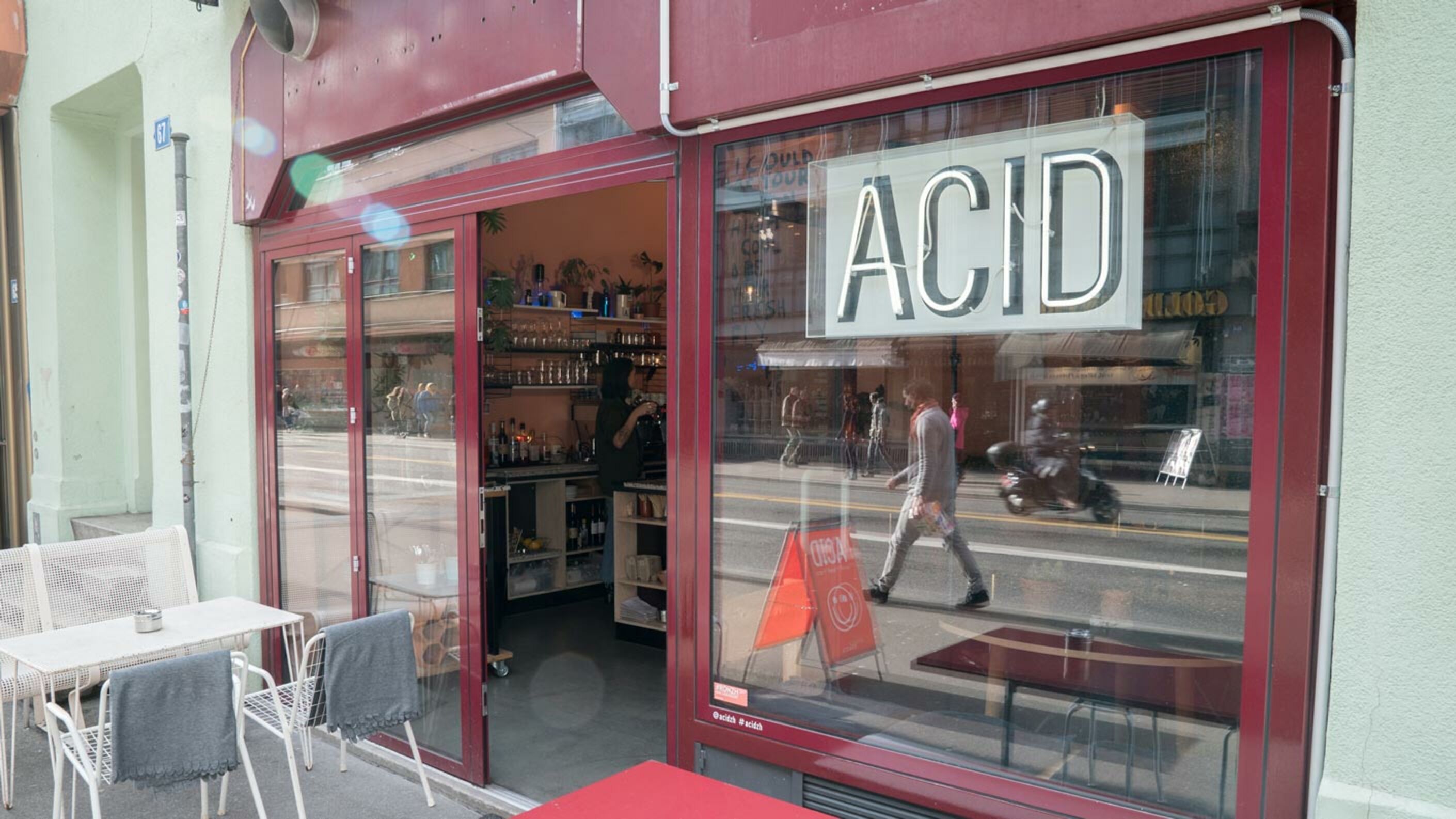 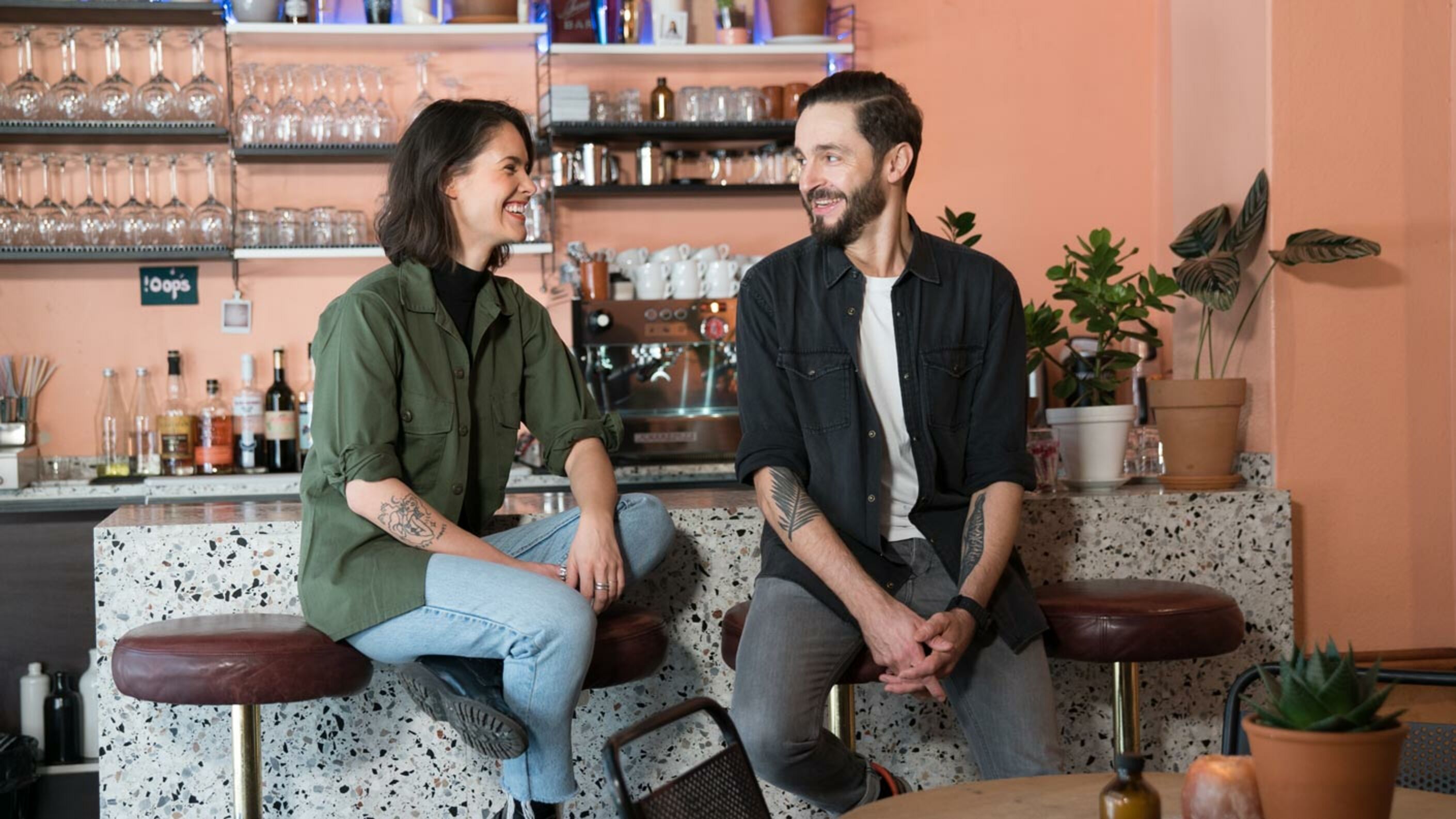 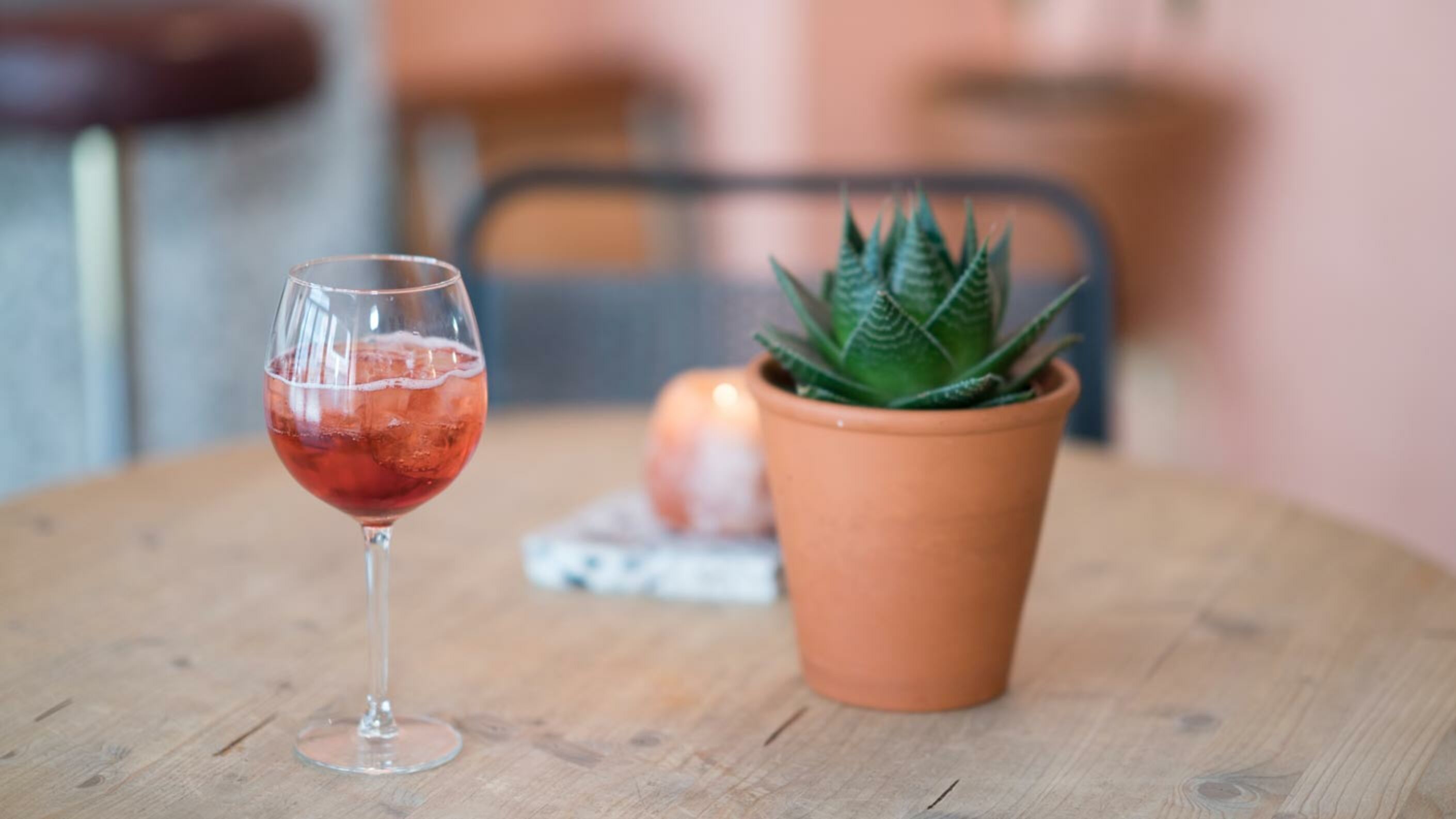 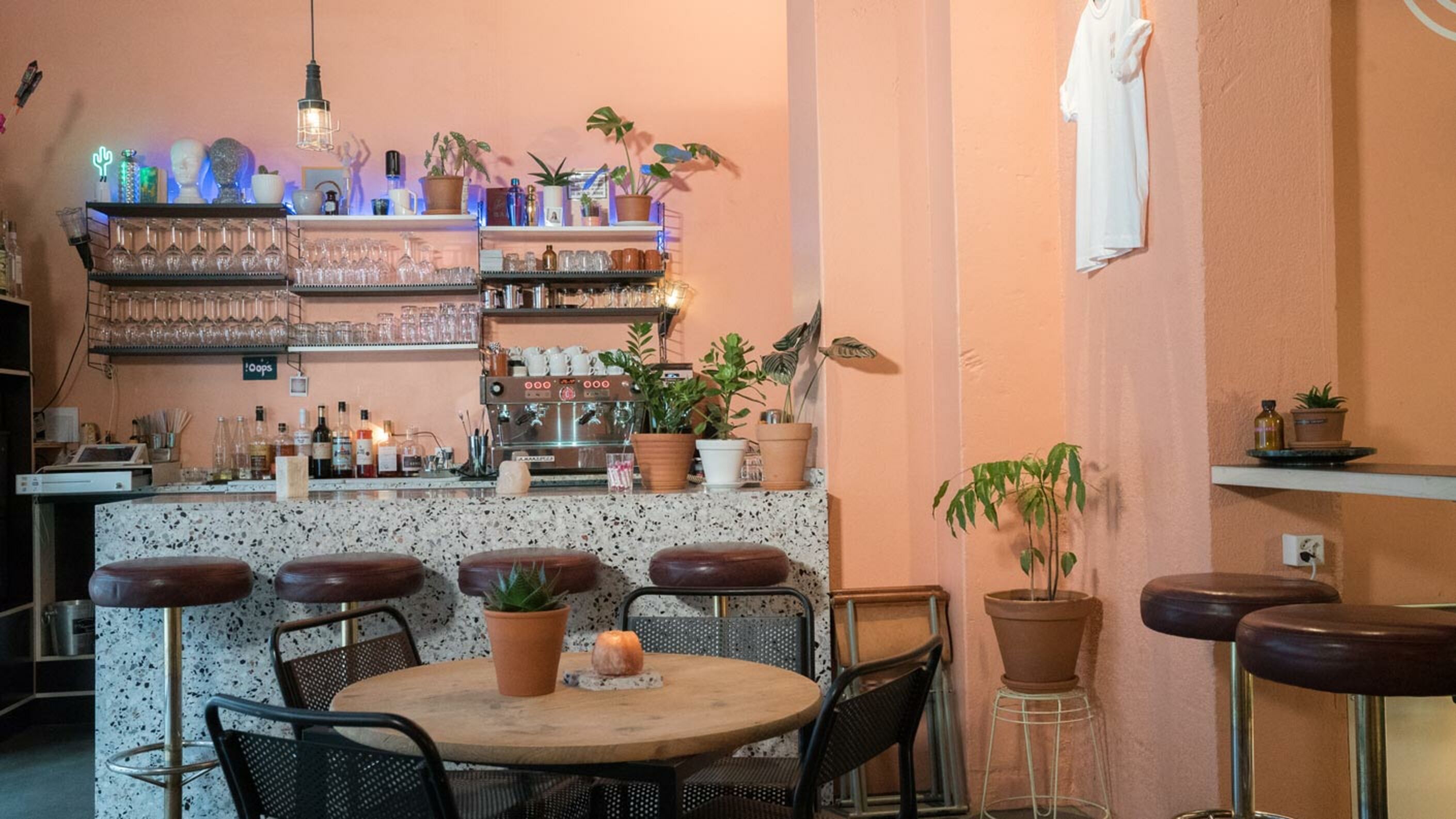 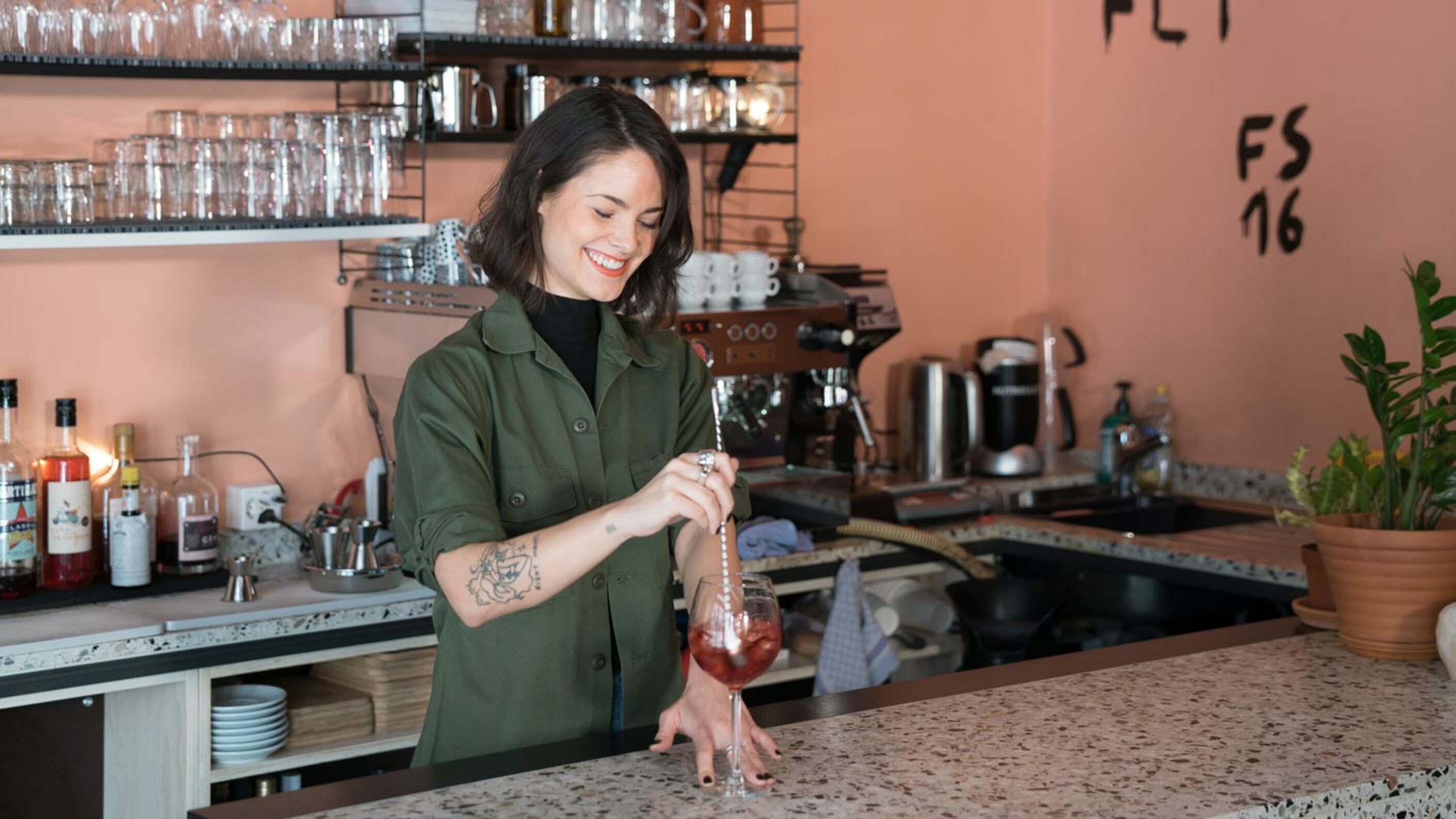 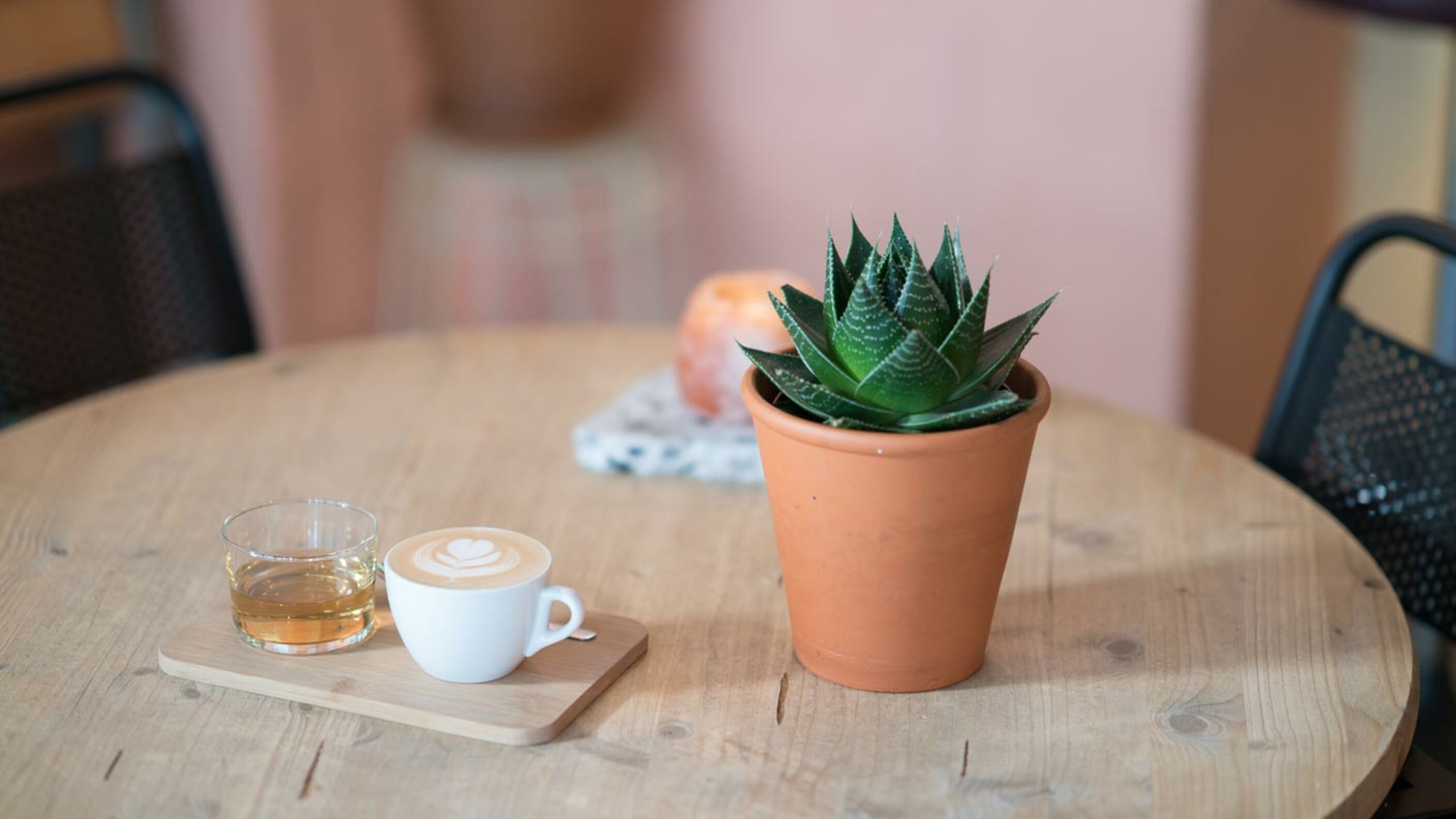 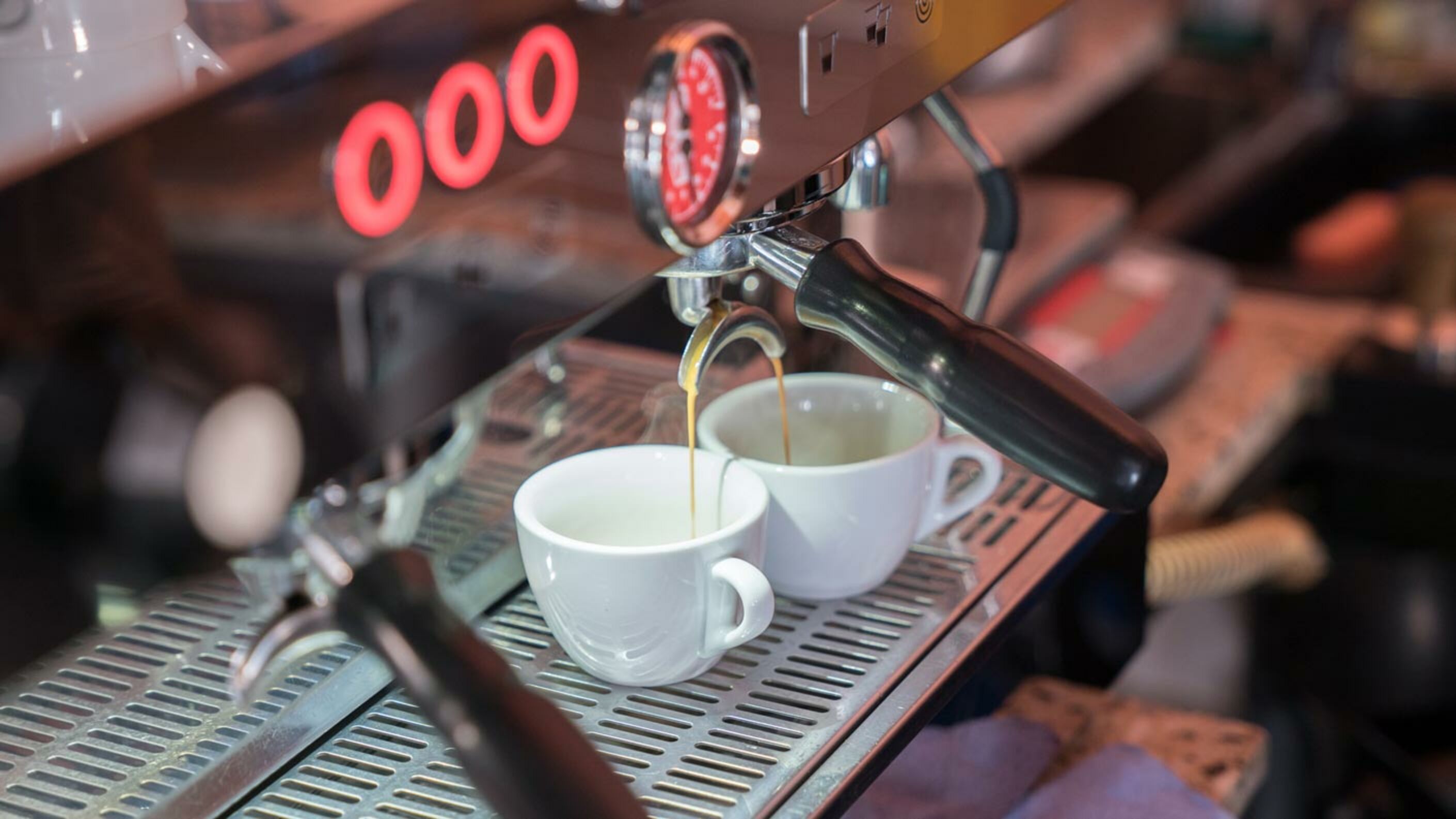 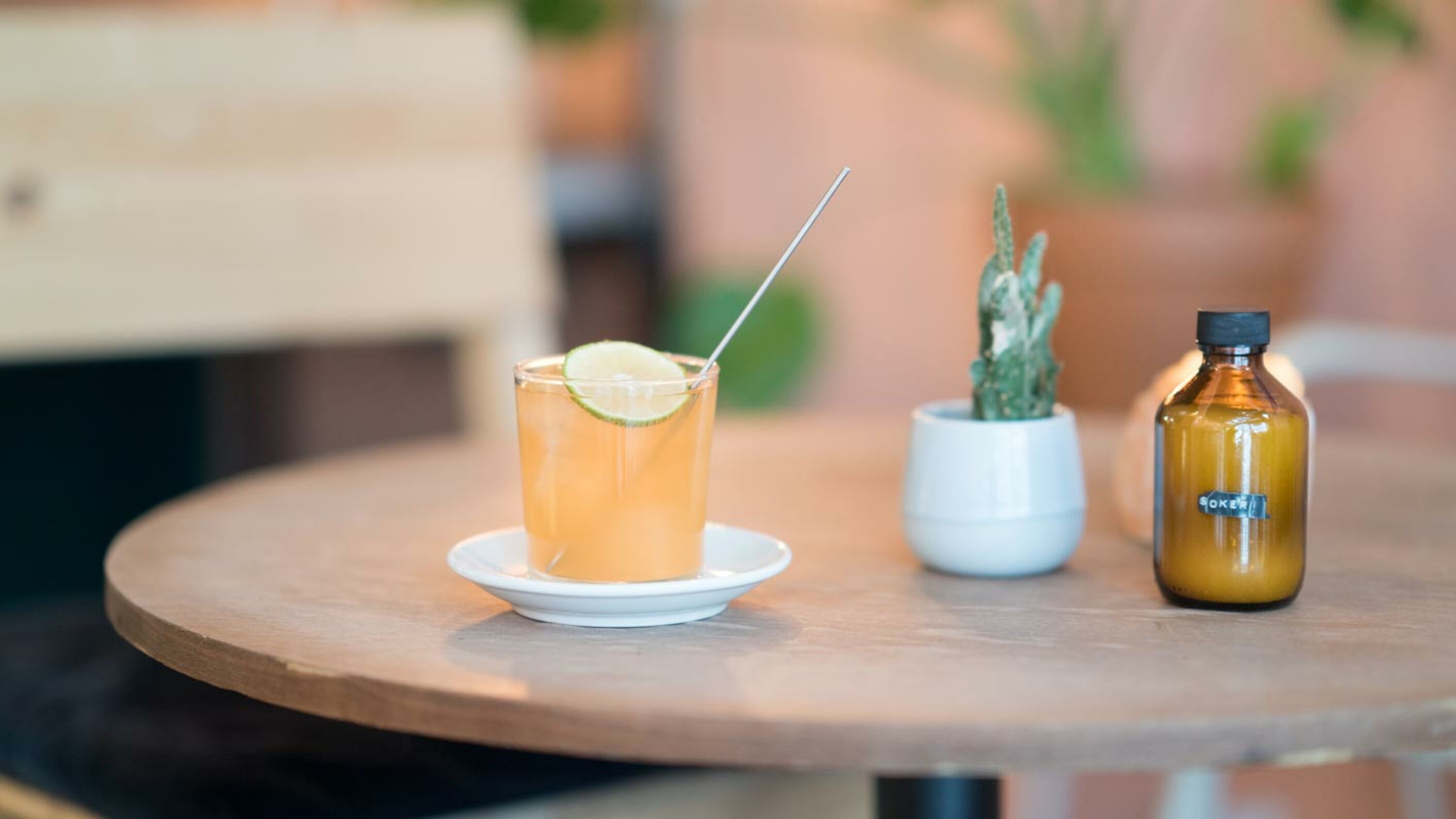 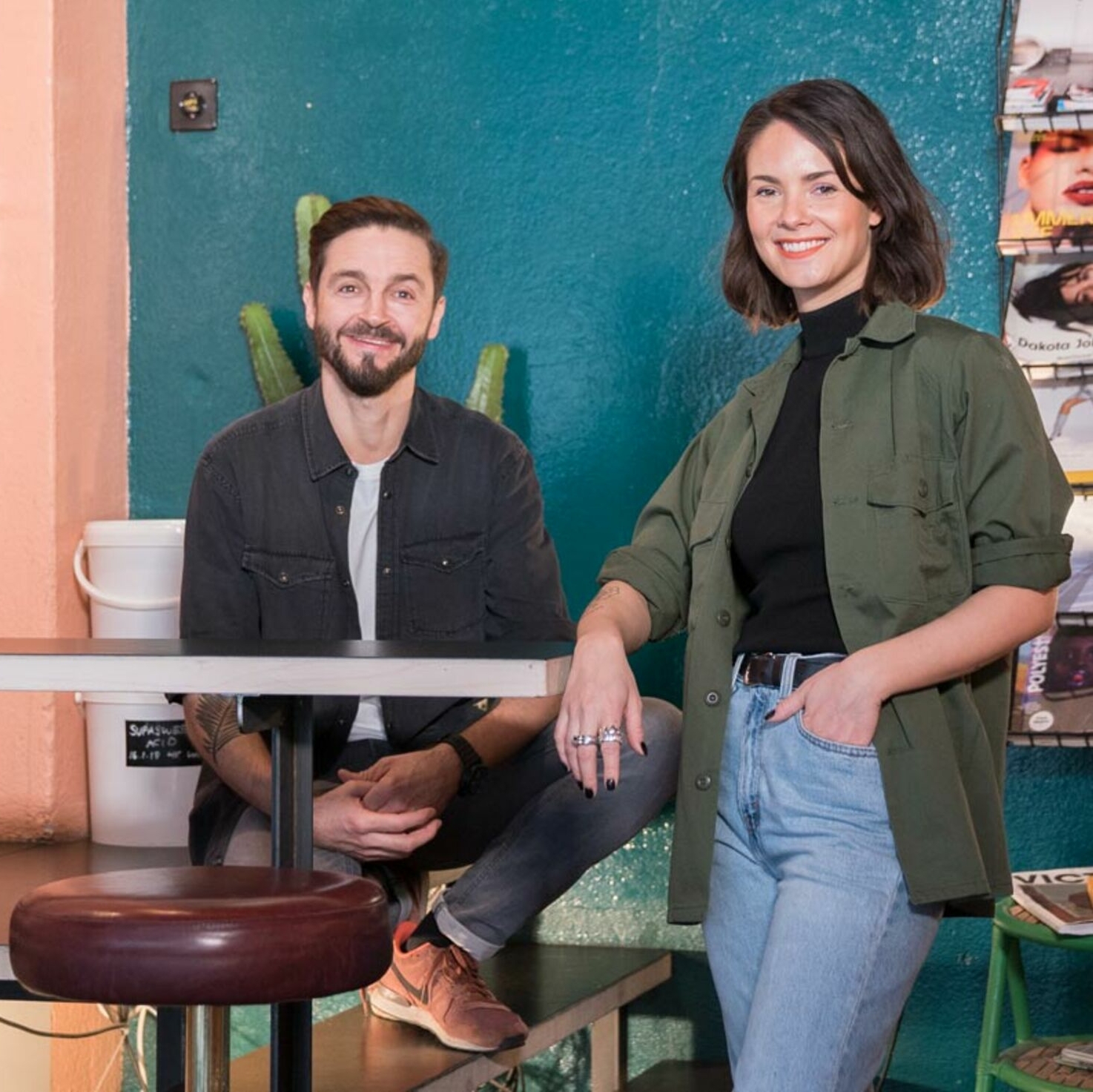 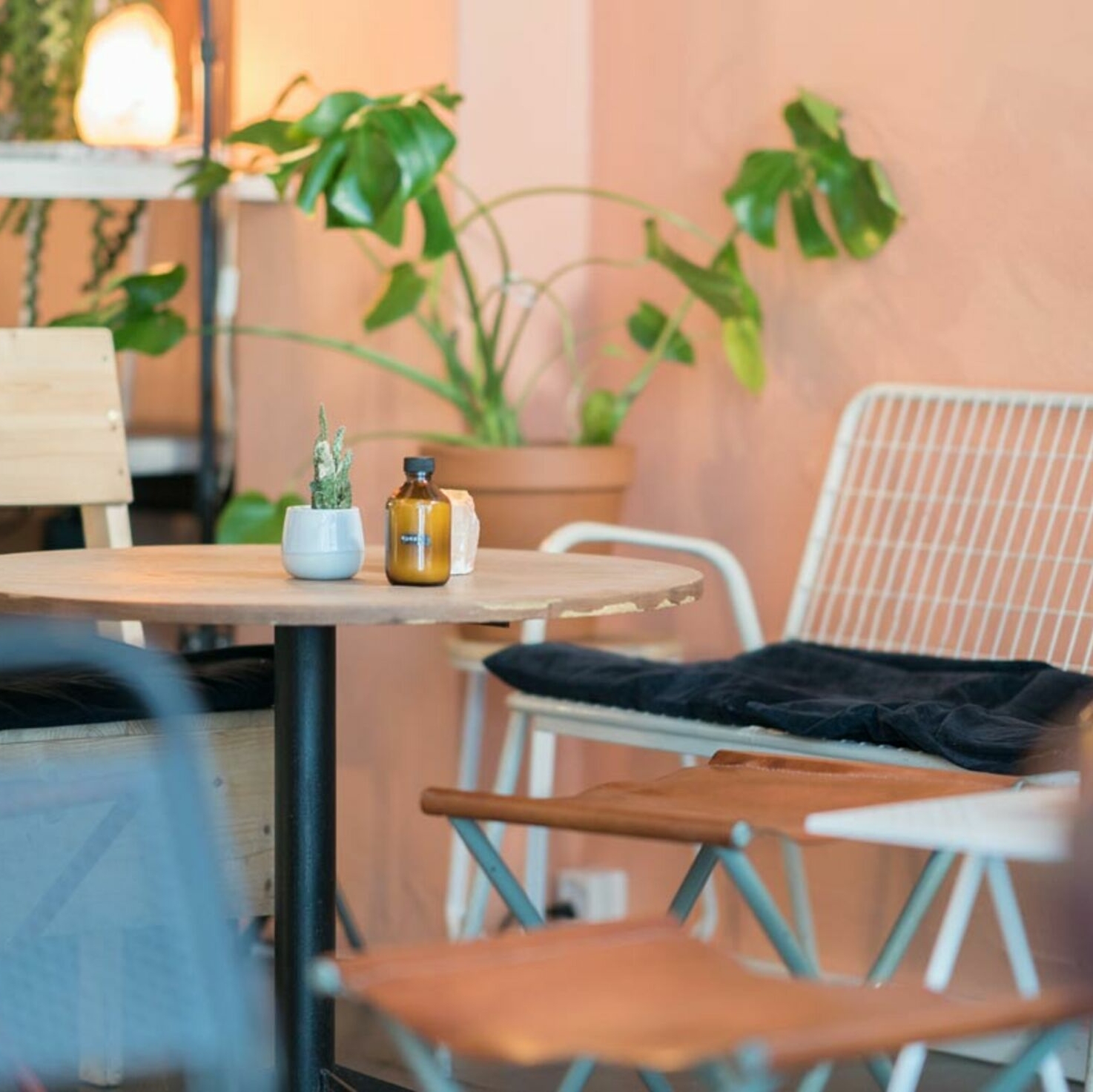 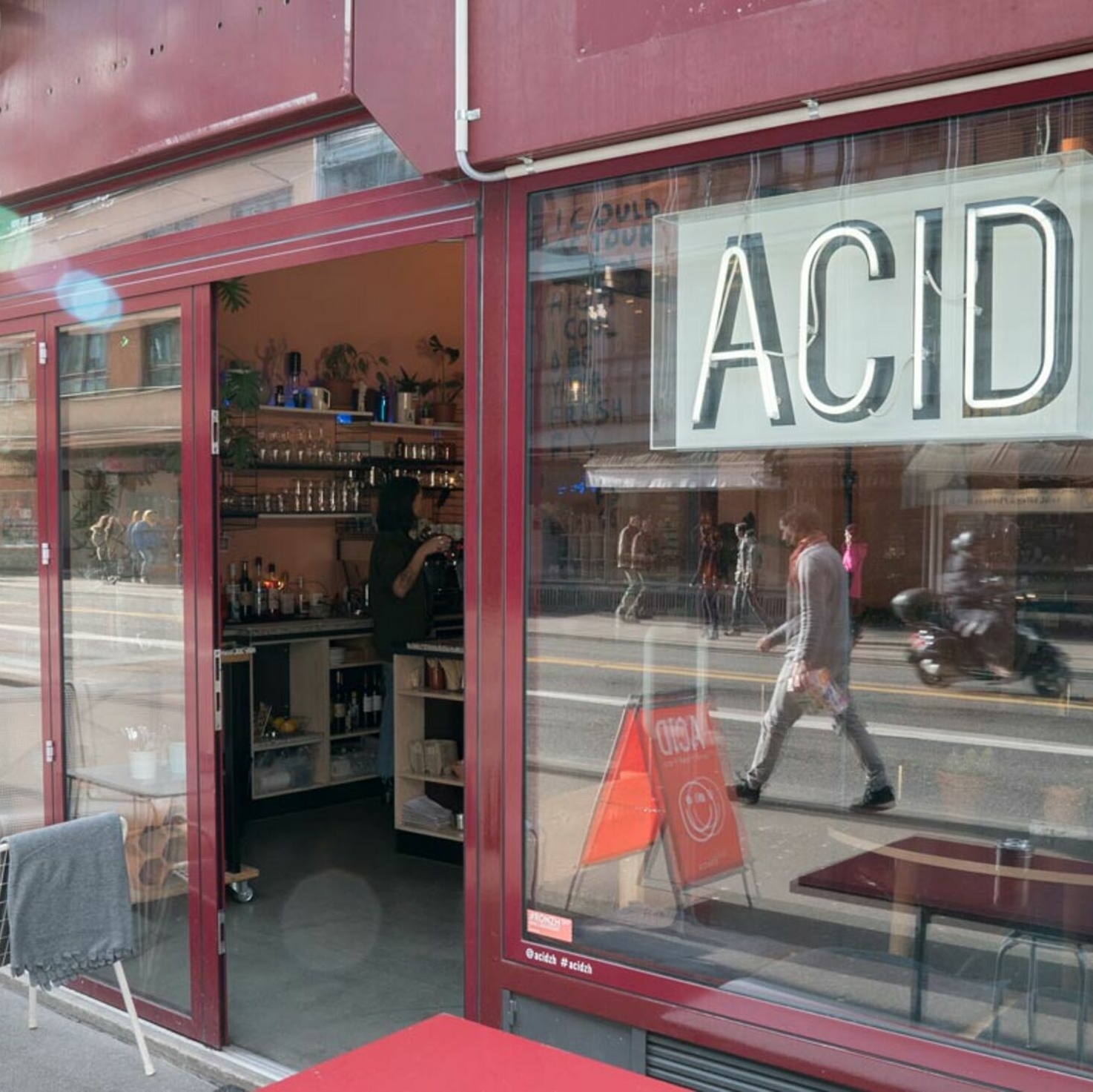 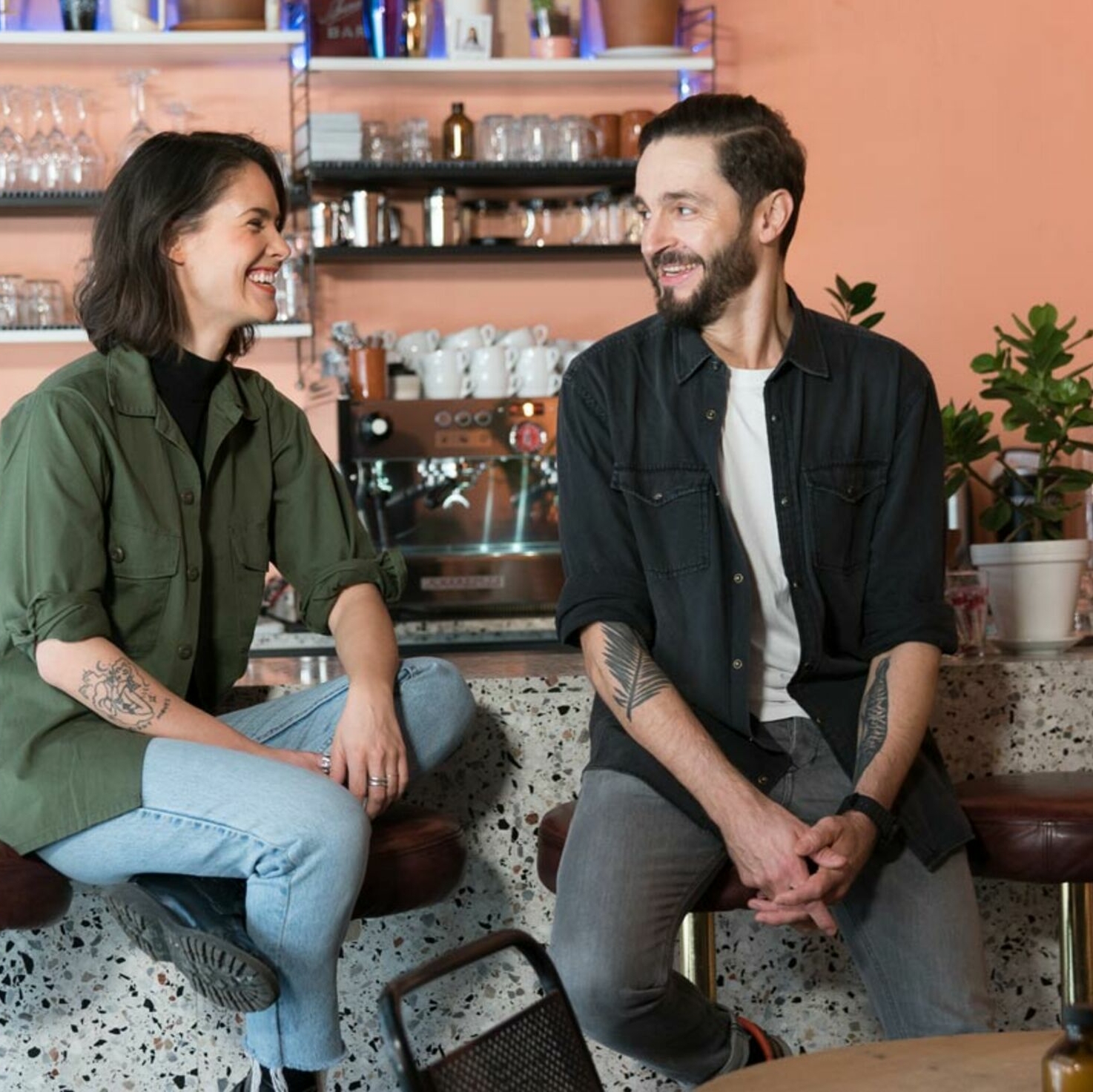 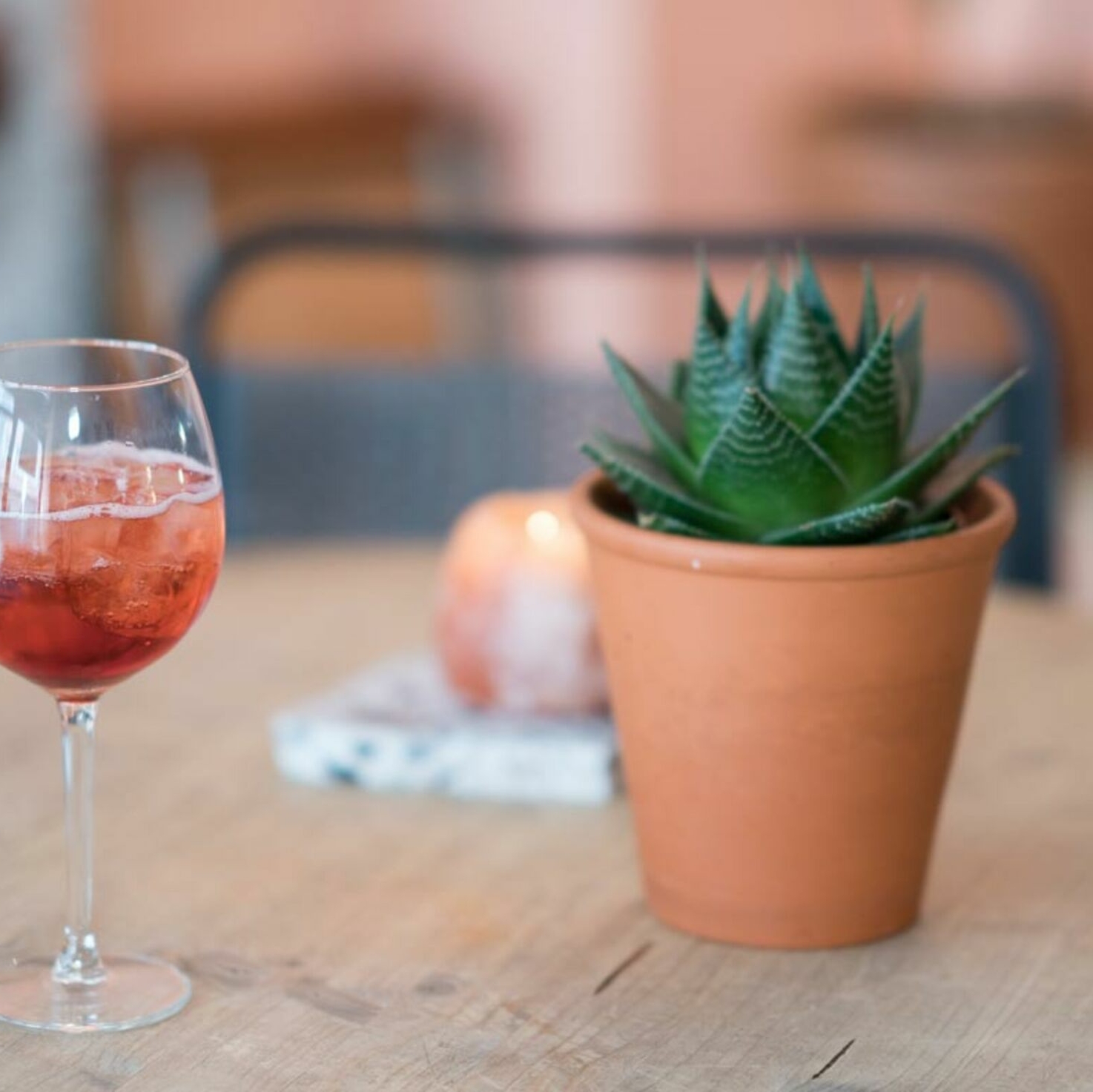 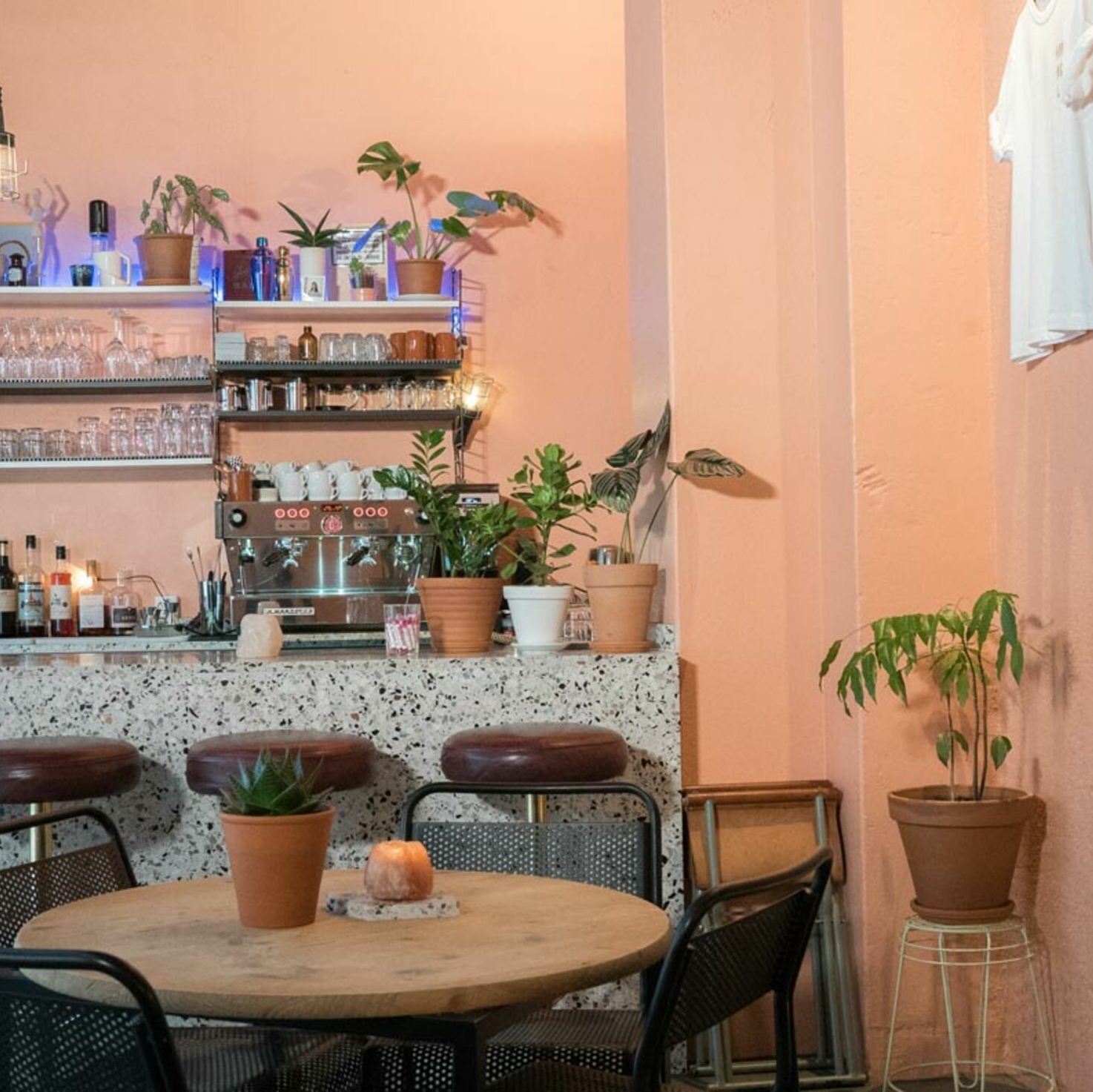 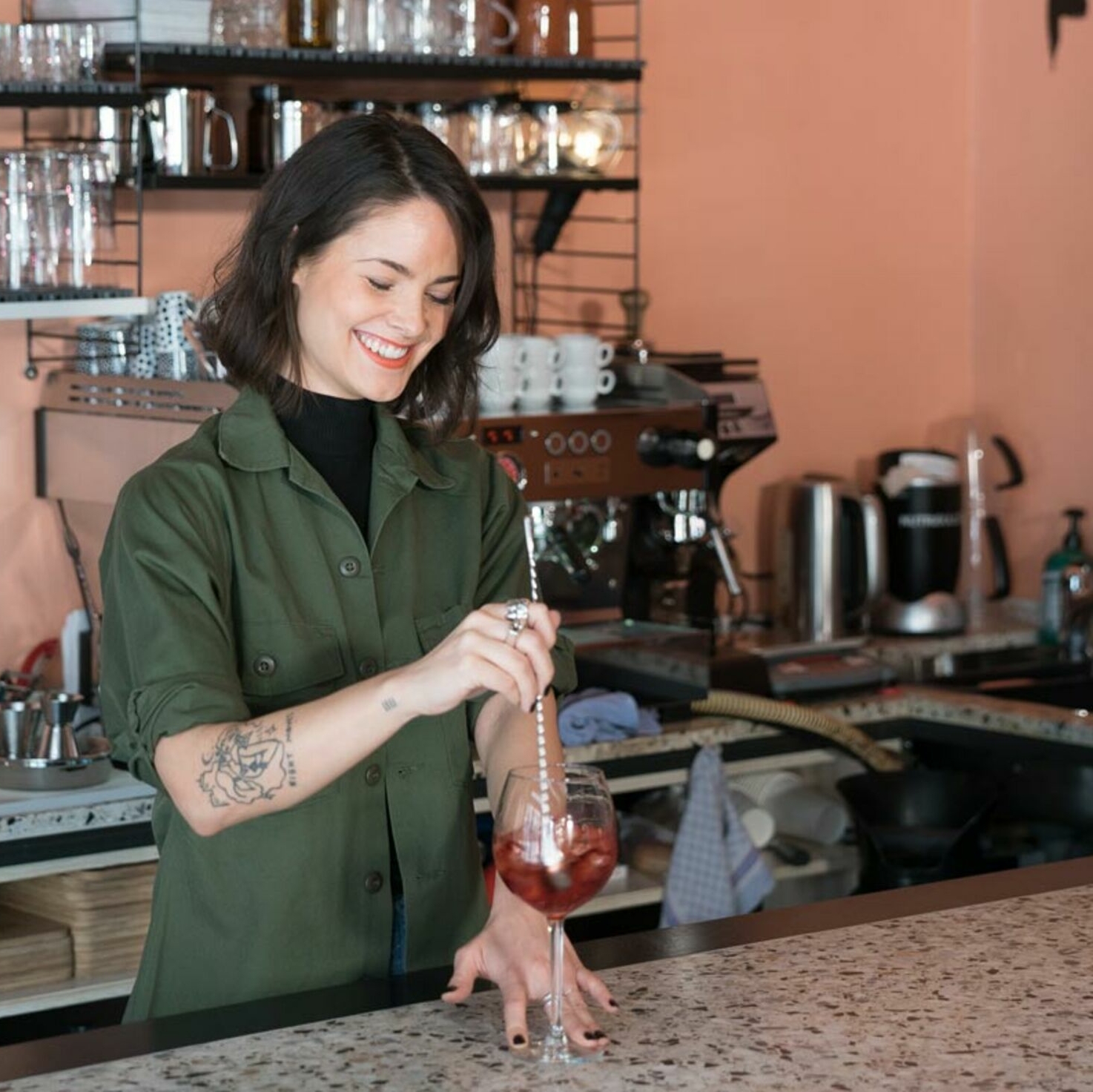 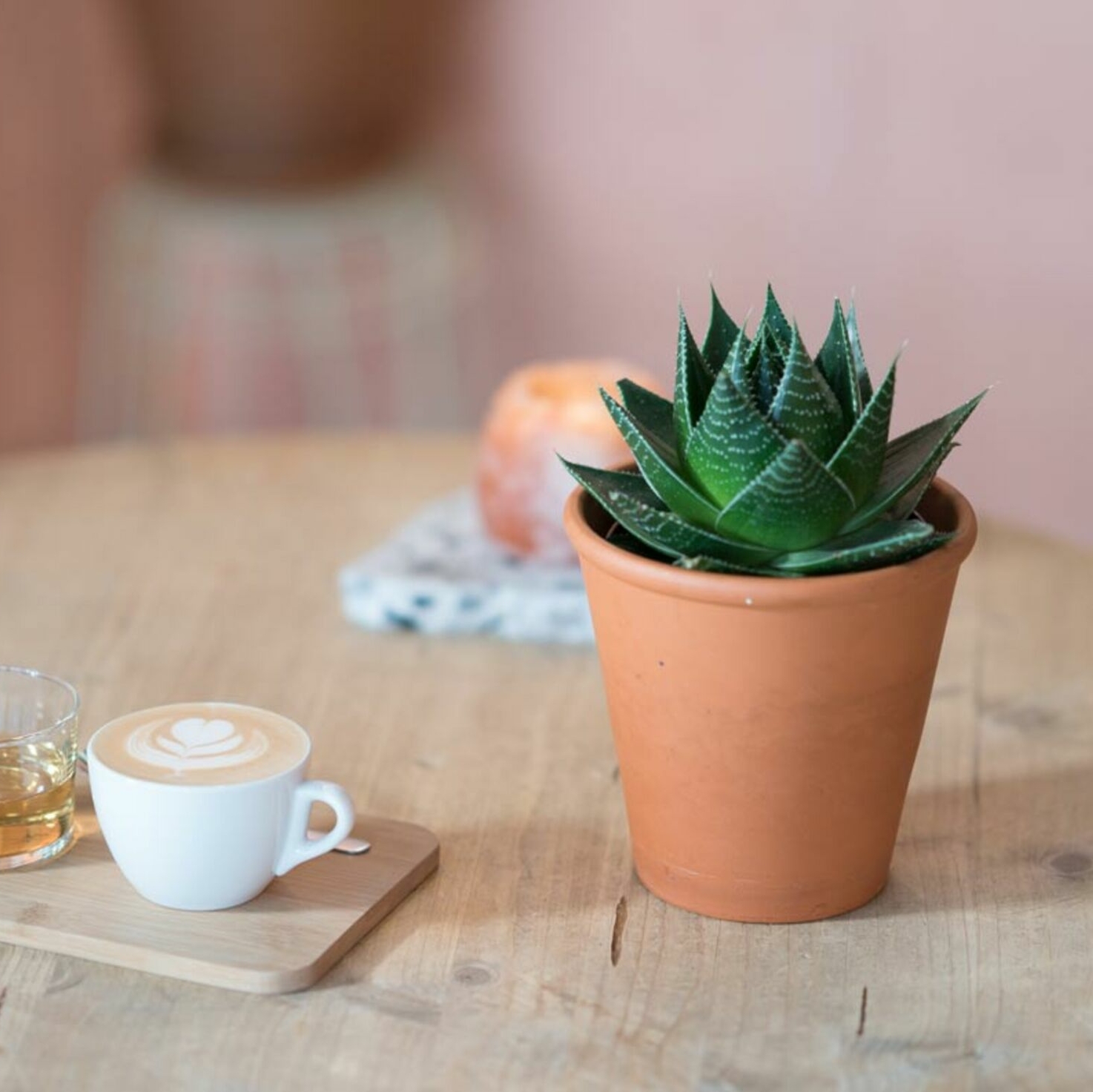 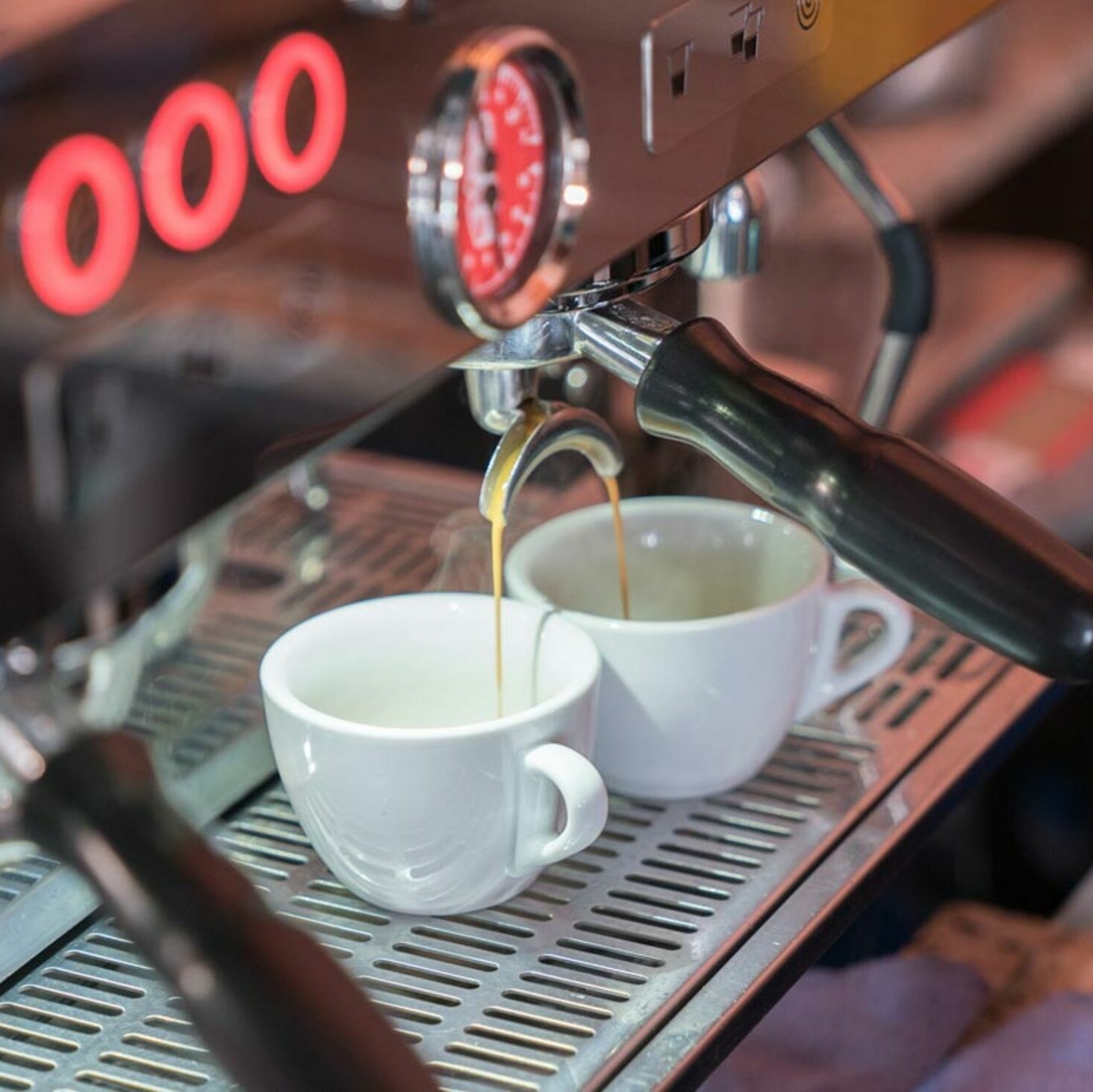 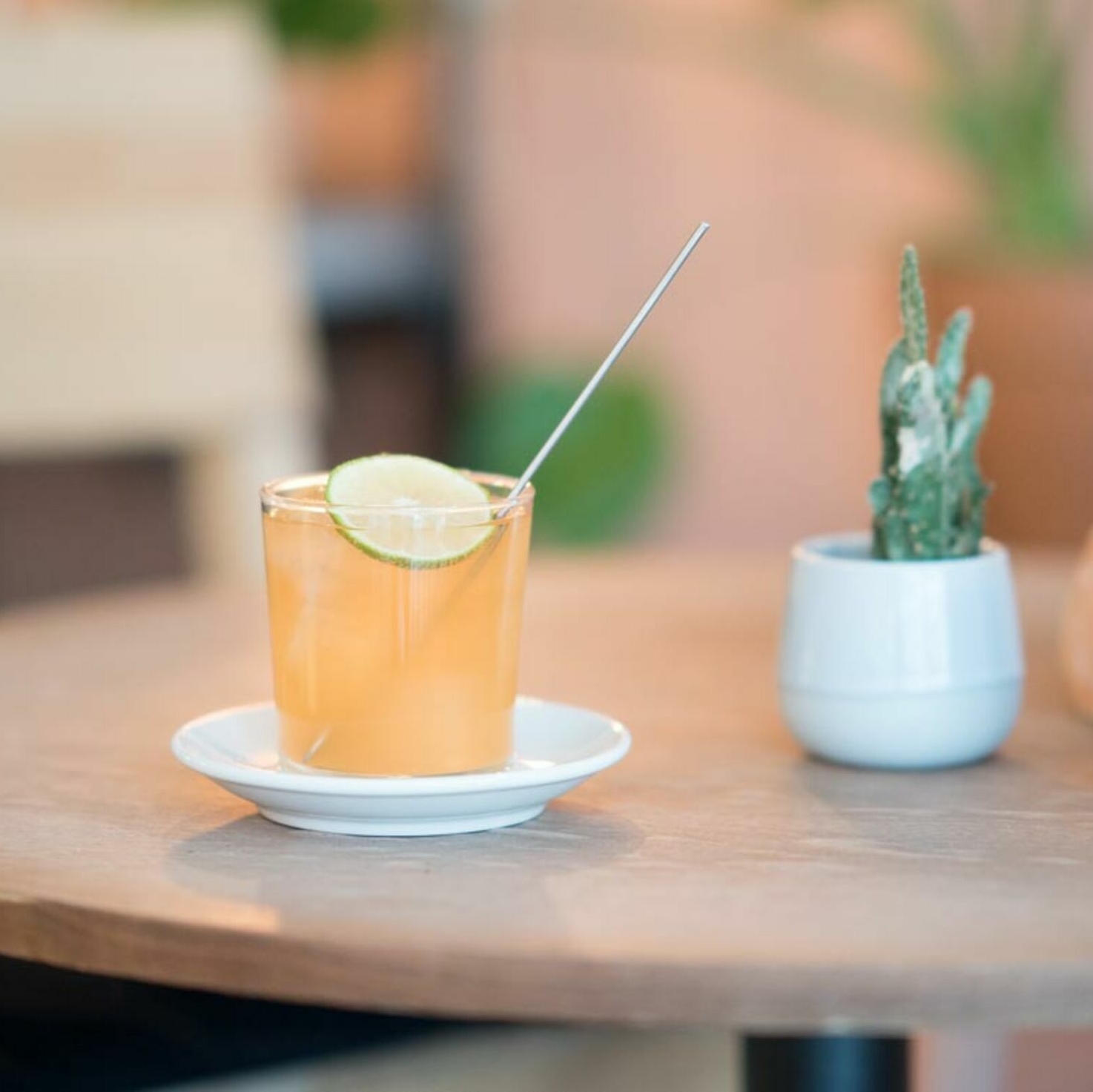 Yann Gurtner and Sheila Lopardo run a bar on Langstrasse. But it’s not just popular with people who like to party.

Acid is a place where the whole neighbourhood stops by. In the afternoons, they call in for homemade lemonade, and cakes baked by a pilot friend of Yann and Sheila. In the evenings the bar offers an exclusive drinks menu.

The walls are painted pastel pink and dark green. Non-matching, minimalist furniture is arranged around the small room. Soft music spills from the speakers. ‘Acid is meant to be an oasis on Langstrasse, a street that is lively but often a bit dreary,’ says owner Sheila Lopardo. ‘That’s why we have so many plants.’

The next day, Sheila tried to track down the owner through the land registry.

Sheila sits at one of the tables with her business partner Yann Gurtner and tells ‘her wonderful story’. They met in 2016, when Sheila already co-owned the Sport Bar, but she was keen to have her own place. At that time, Latinas would go to Acid to dance. ‘I visited the bar once. The space was great,’ says Sheila. One night she walked by the bar and saw it standing empty. The next day, Sheila tried to track down the owner through the land registry. She succeeded – and was allowed to take over the premises.

‘I knew right away that Yann would become part of the Acid team.’

She started planning straight away and placed some job adverts. Yann was one of the applicants. At the time, he was working in the marketing department of a national company but longing for a change: ‘I really wanted to get into the catering business,’ says Yann. ‘I knew right away that he would become part of the Acid team,’ says Sheila. She liked Yann’s personality.

For Sheila, it was clear that Yann had to become her business partner: ‘He stuck it out, despite some initial problems. We get on really well, both personally and professionally. That’s quite rare.’ They share common interests, ideas and plans – and they have both changed careers. Before Sheila became a restaurateur, she worked as a dancer and teacher in New York. When she returned to Switzerland, she also worked in marketing, but she too reached a point where she no longer wanted to do an office job. She applied to the Sport Bar and learnt barkeeping: ‘I’m still learning today, and I often visit other bars and attend workshops.’

They also only serve drinks that they like to drink themselves.

Sheila and Yann are in the bar every day, and several times a week they serve the drinks themselves: ‘This is important to get a feel for what our customers want.’ Yann and Sheila revise the bar menu in autumn and spring. She says: ‘We don’t want to follow trends, we prefer to set them.’ They also only serve drinks that they like to drink themselves: ‘We’re 100 per cent behind our offer.’ They have similar drinking habits: ‘We’re both connoisseurs.’

So why is the bar named after a drug when in the afternoons it’s actually a cosy cafe?

Acid draws in a broad clientele. ‘Even though we’re on Langstrasse, we rarely attract typical tourists looking for a night out,’ says Yann. He says an elderly lady came into Acid last week for coffee and cake. Teenagers often come by in the afternoons. There’s more of a mix in the evenings: ‘All our guests like to experiment,’ says Sheila. They particularly like the homemade lemonade and iced tea. Later in the day they are mixed with vodka and gin. Yann and Sheila have these spirits specially made in Aargau. The cakes are made by a pilot friend, and the chili con carne comes from a nearby butcher. ‘We really appreciate the neighbourly spirit,’ says Sheila.

So why is the bar named after a drug when in the afternoons it’s actually a cosy cafe? ‘We always wanted a name that was short and to the point,’ says Sheila. ‘Acid is also a type of music, and of course it also relates to the bitter flavours that can be found in the bar – in the coffee, the cocktails, the lemonades, the wine...’