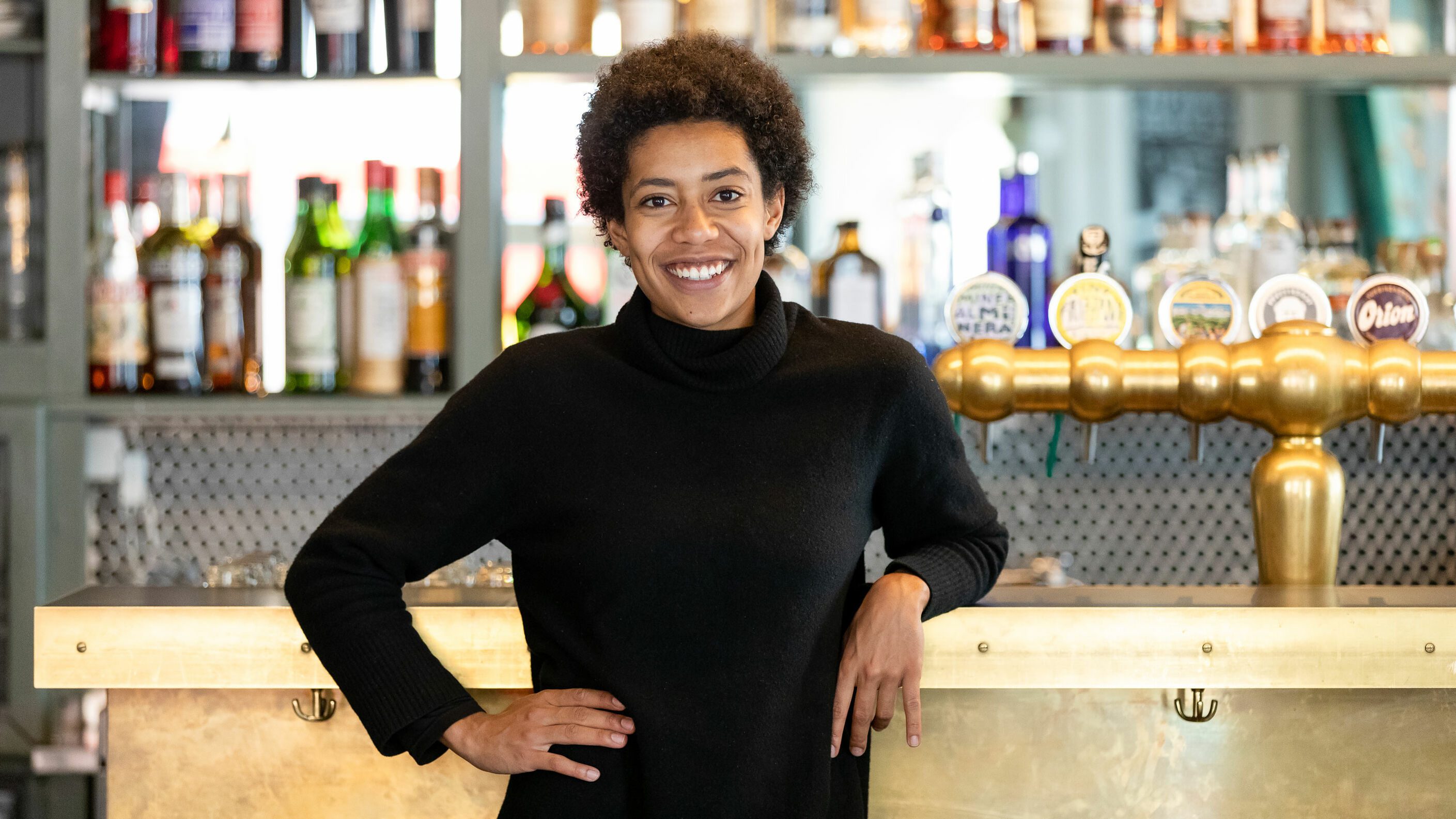 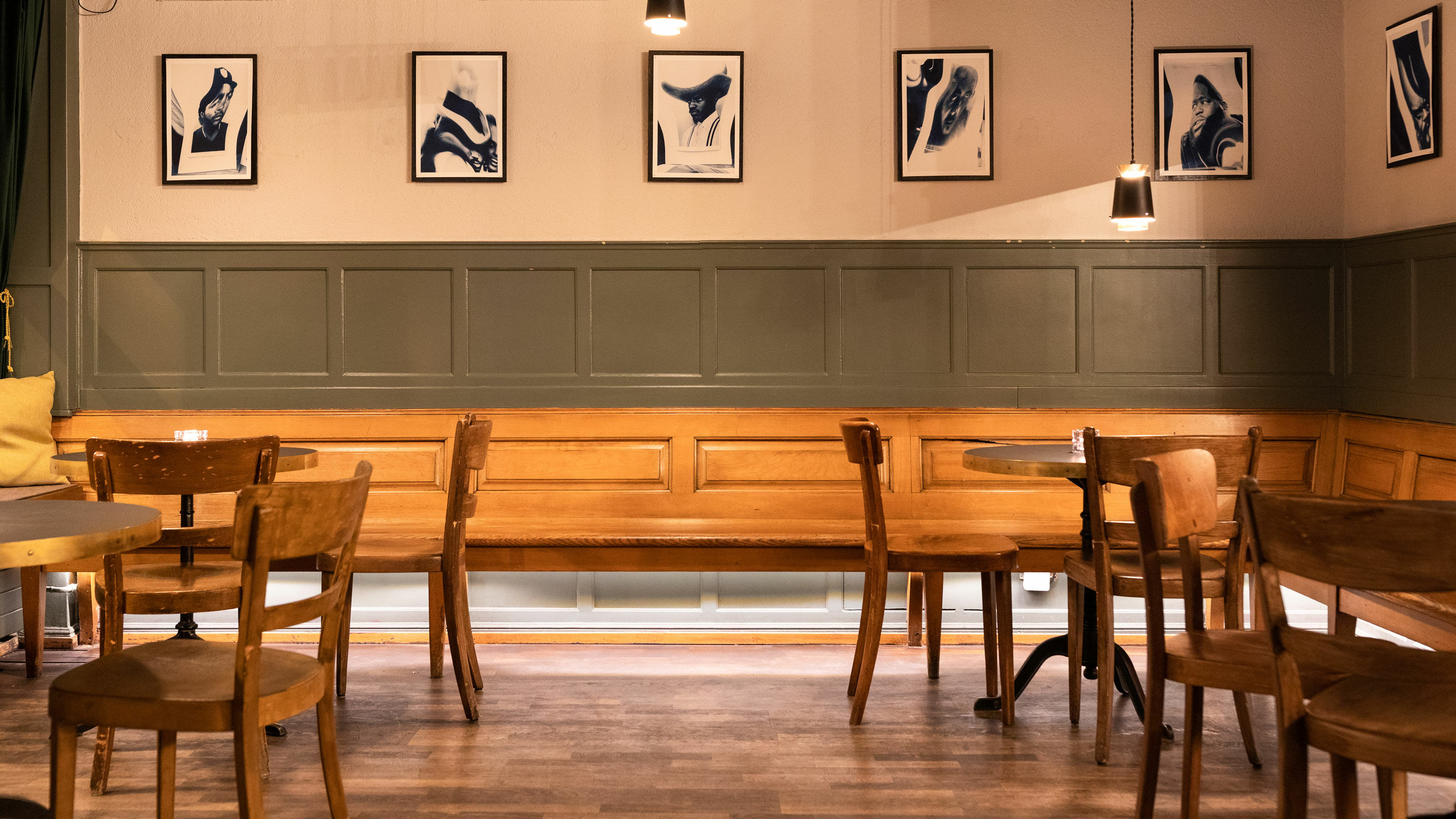 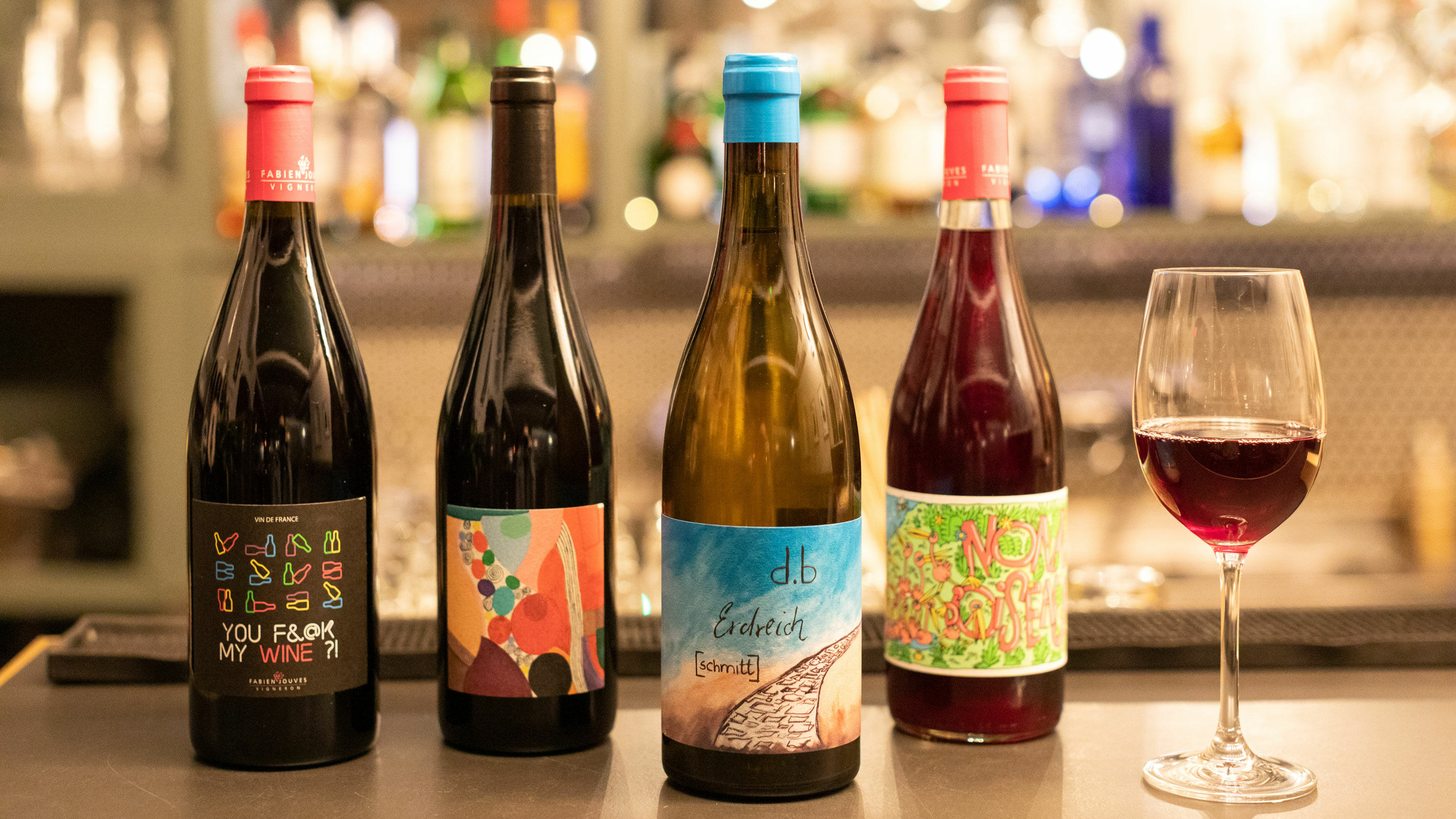 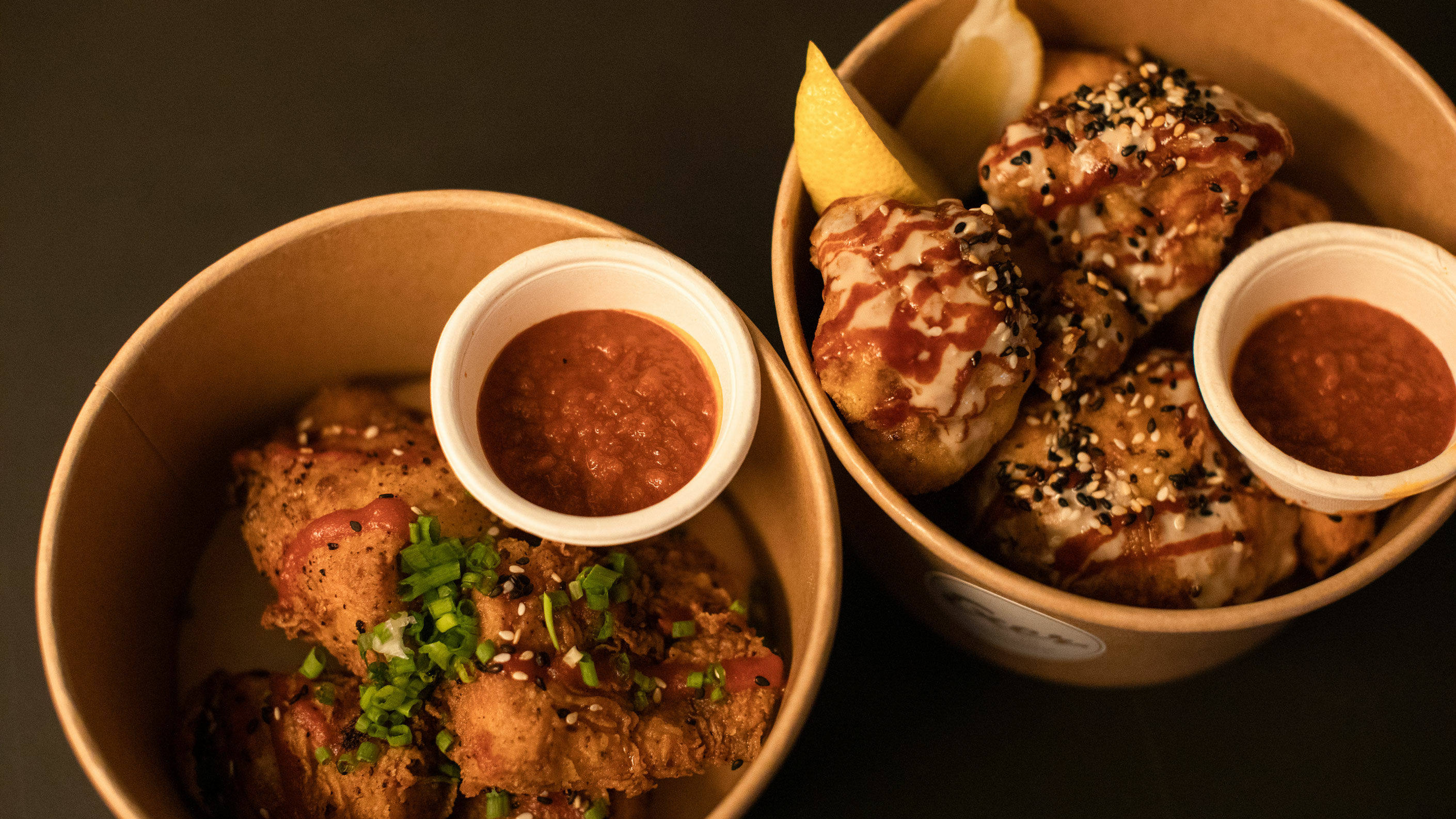 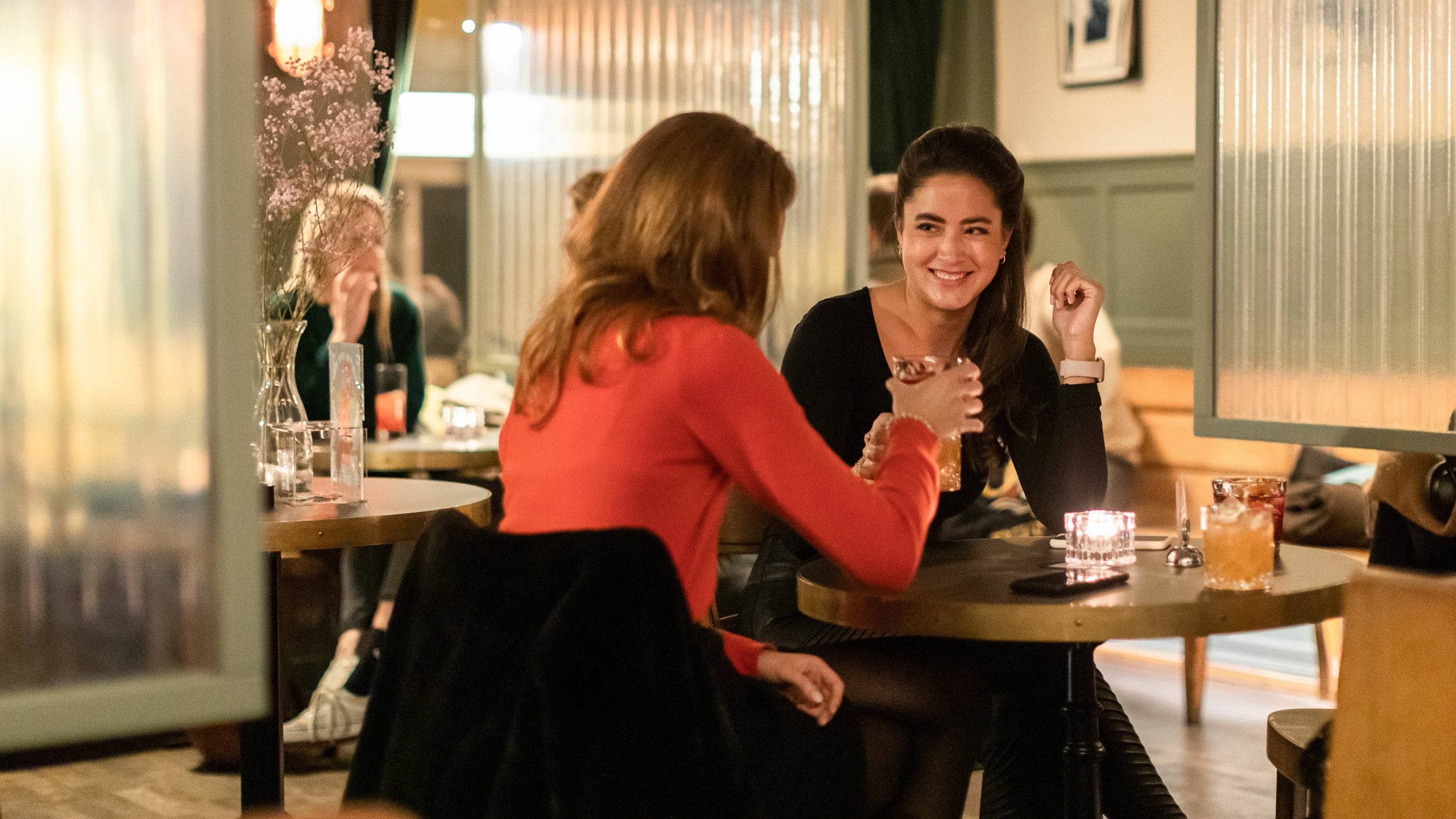 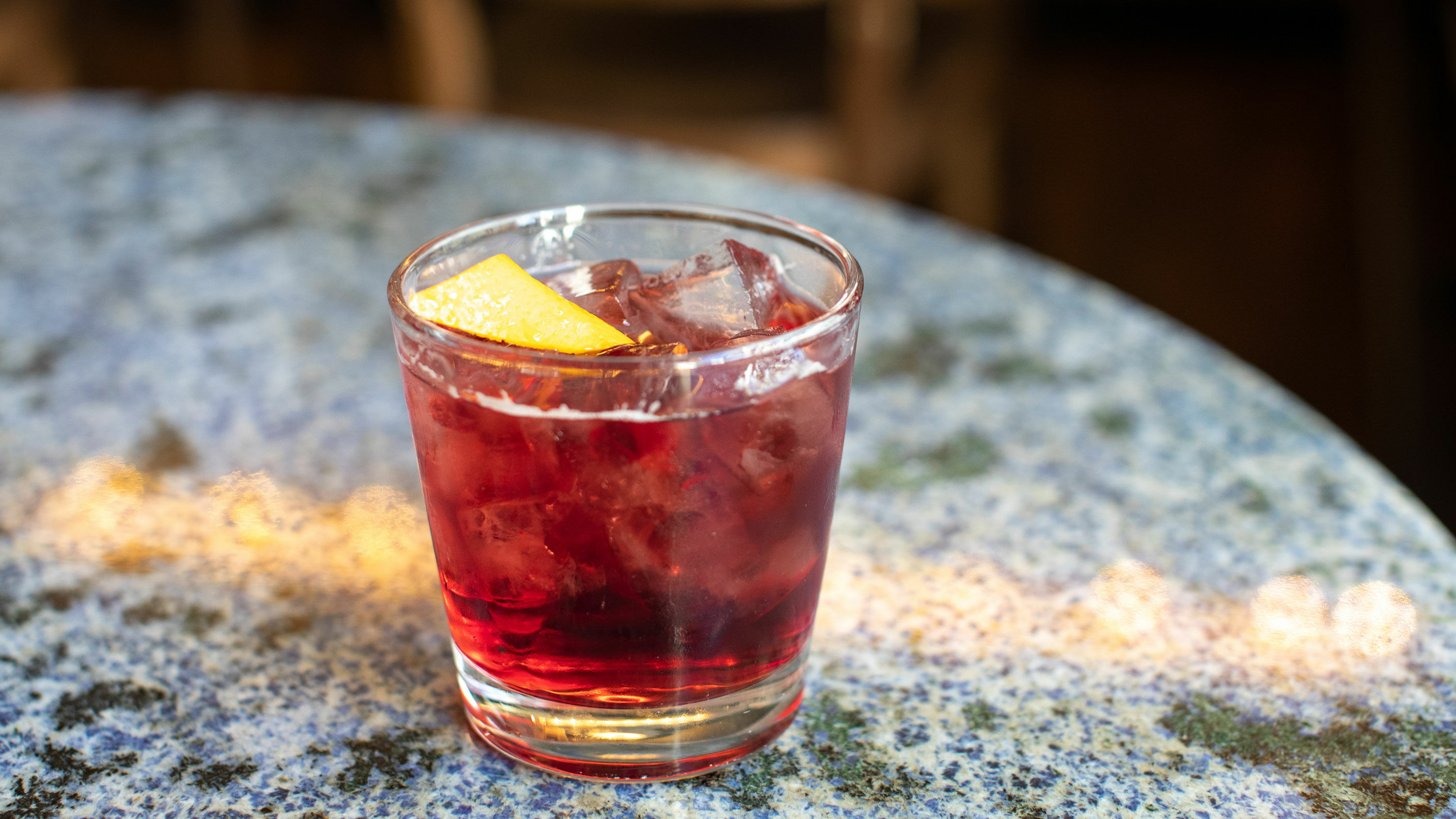 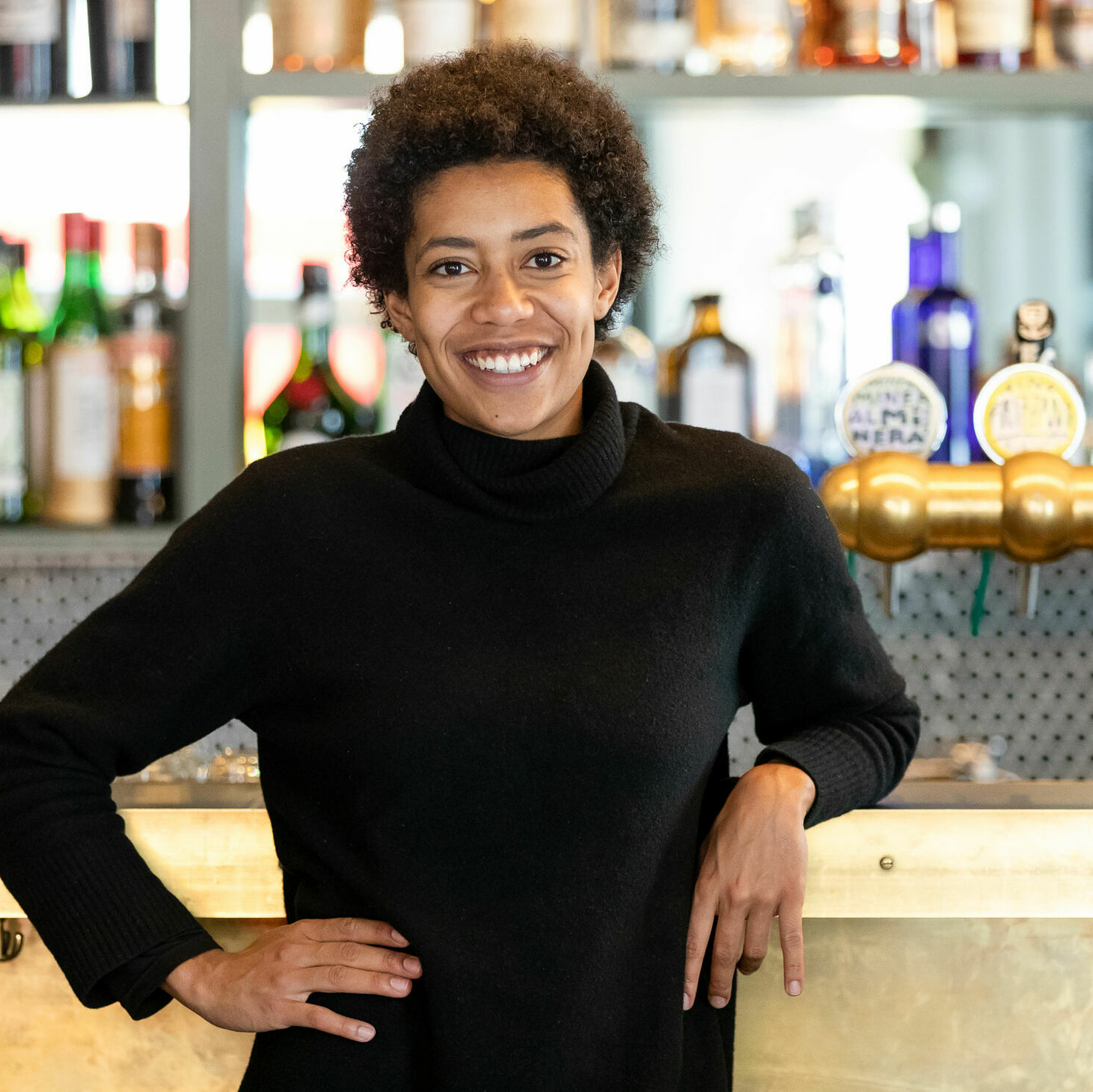 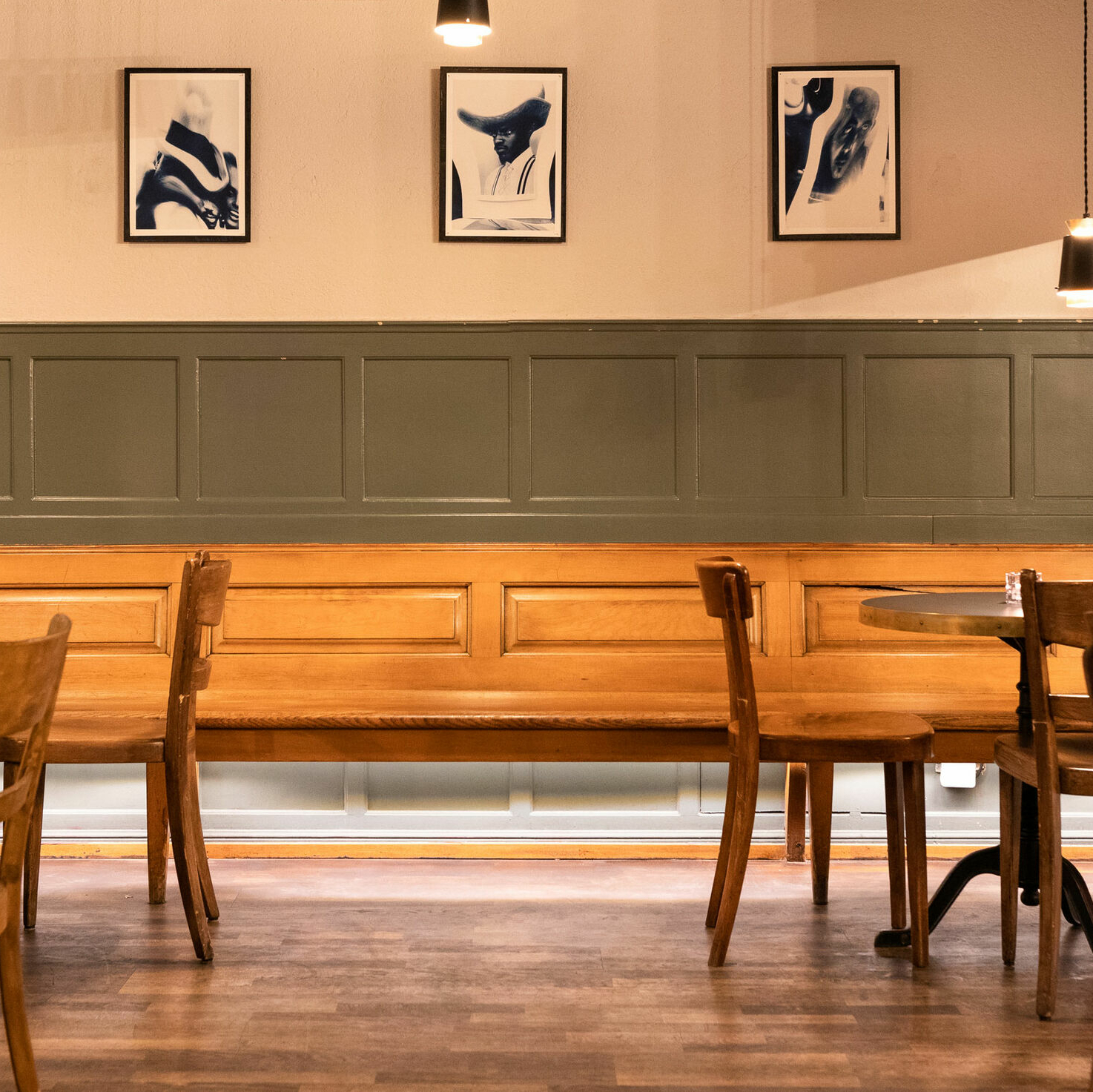 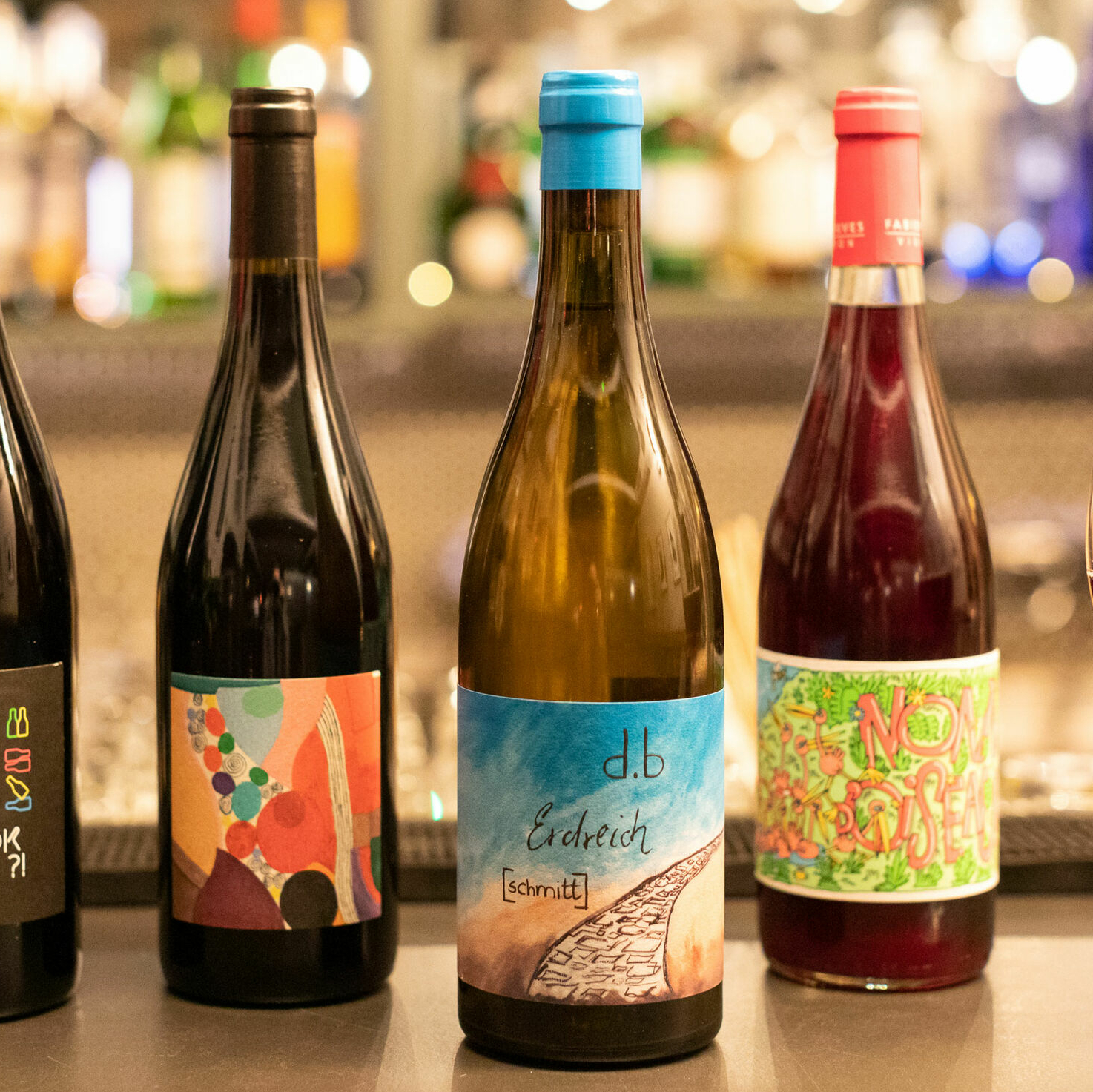 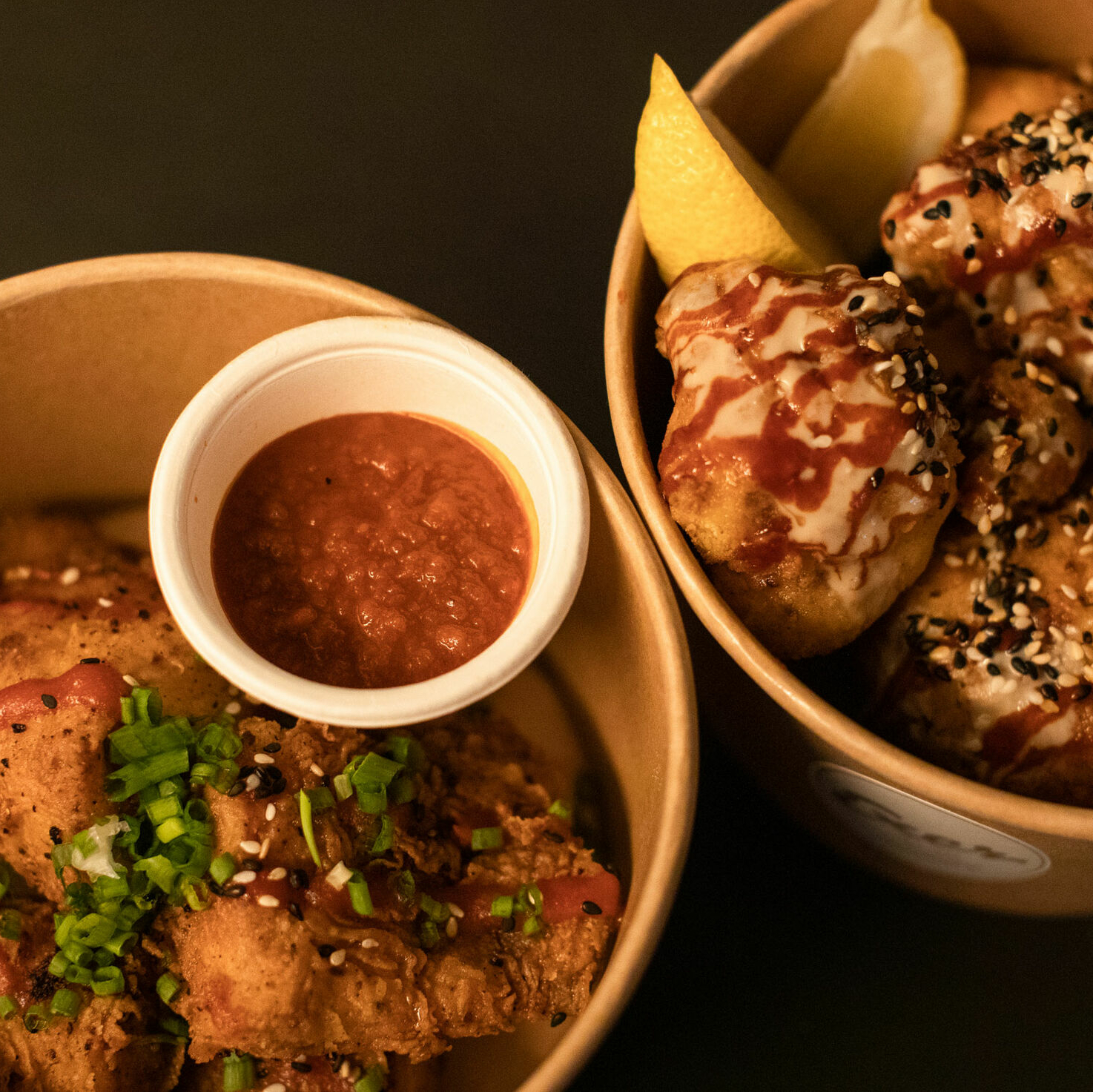 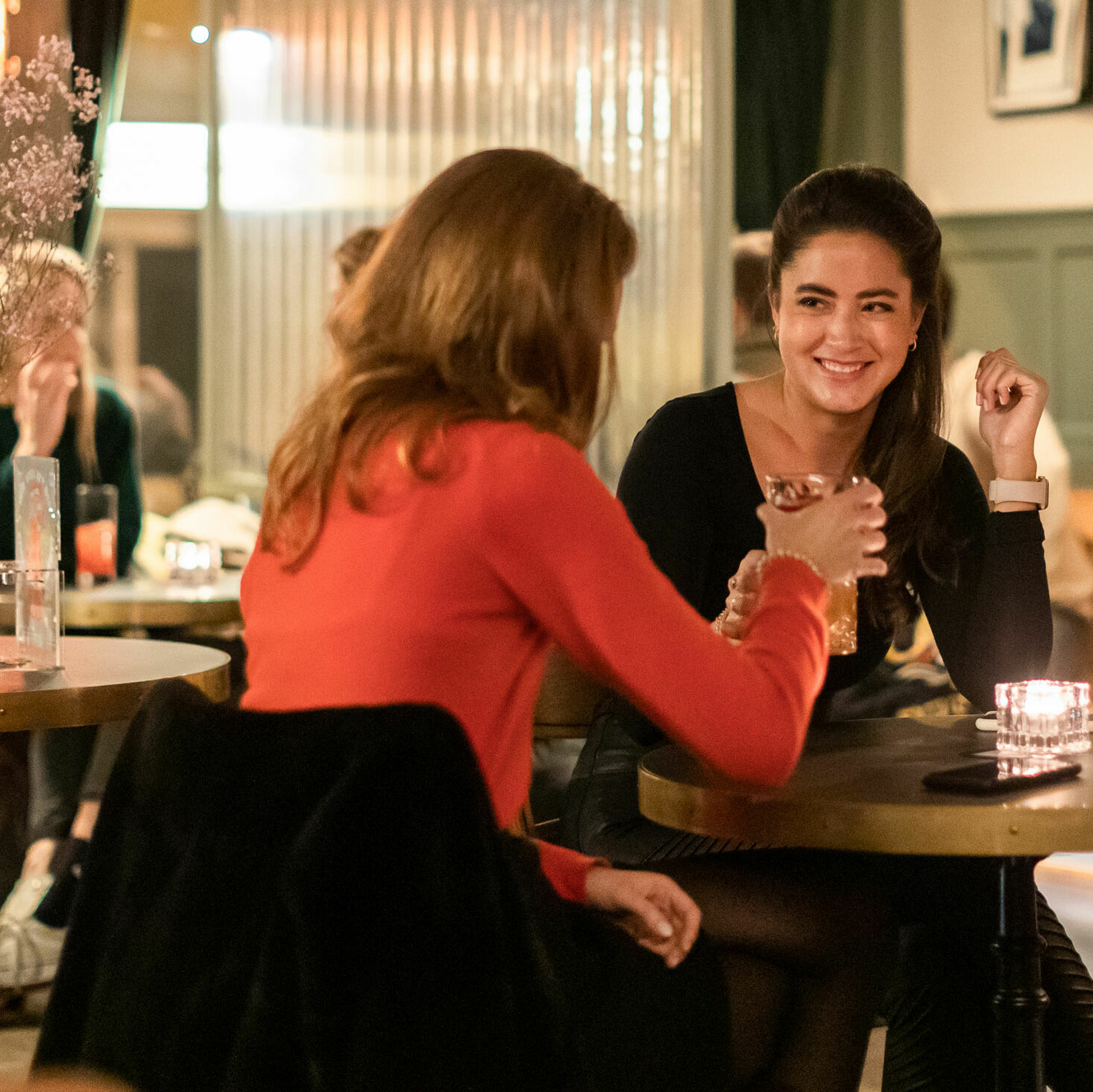 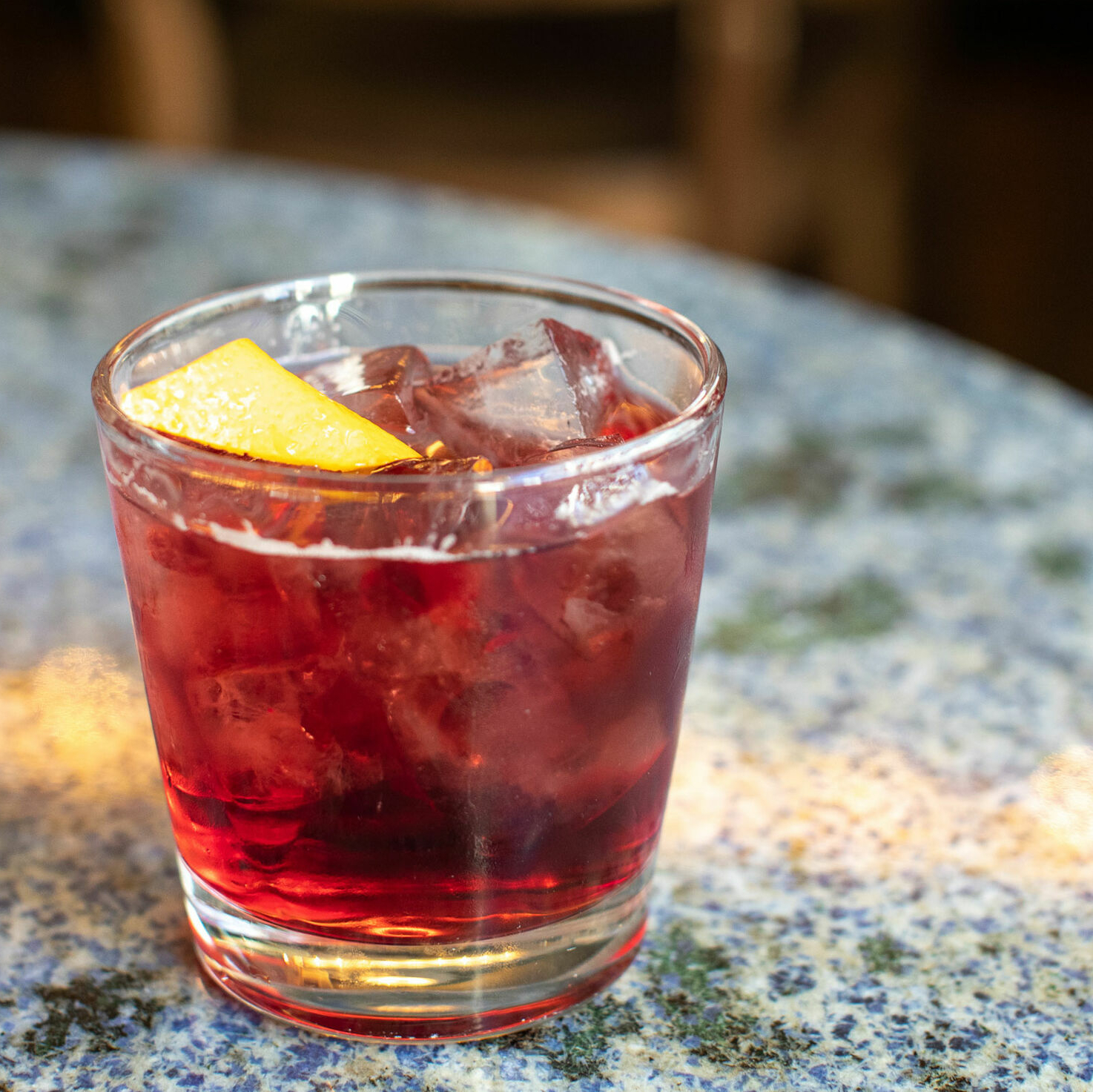 Naomi Biaduo may be in her mid-twenties and still completing her training – but she is also the new manager of Exer.

A combination of restaurant and bar, Exer serves up mouth-watering fried chicken accompanied by the coolest hip-hop. Since taking it over last summer, Zurich local Naomi Biaduo is keen to break new ground while respecting Exer’s past.

Exer has been around for more than 130 years – it first opened its doors on Tellstrasse in 1886. Over the years, Exer has been a café, a fine dining restaurant and – like now – a bar. Today, it is run by Naomi Biaduo, a young woman in her mid-twenties who is still completing her hospitality training. Zurich-born Naomi also brings a touch of West African flair to Exer.

‘I only took over as manager in the summer of 2020,’ says Naomi. Before that, she was busy with Adaku West African Cuisine, her own food label. She cooked West African dishes for a variety of functions, including pop-up events. ‘It was on one of those evenings that I met Kenny Thomson, who ran Exer at the time.’

Fried chicken is on the menu twice a week.

Not long after this meeting, Kenny offered Naomi the job of managing Exer. She promptly accepted – despite the fact that she was still in the middle of her hotel management course in Lucerne. But she has no plans to focus solely on West African dishes: ‘We’ll still cook this kind of food for events, but we’ll also continue serving our classics.’

During the day, Exer only serves soup.

These classics include fried chicken and fried cauliflower. They are served every Tuesday and Wednesday at Exer and have become something of a cult favourite. But otherwise Naomi likes to play around with the menu, and pop-up chefs are regular features at Exer.

At lunchtime, Exer only serves soup. The ‘Suppelade’ team has been using Exer’s kitchen for years and serves up its own recipes. Then Naomi and her team take over for the evening shift. ‘This collaboration perfectly reflects the Exer philosophy: bringing ideas and people together,’ says Naomi. ‘We don’t need the kitchen at lunchtime, and it would be a shame for the place to just stand empty.’ This way, more jobs are created, and the premises are fully utilised. ‘The partnership is going really well.’

DJs are a regular feature at Exer: ‘Music, especially hip-hop, is in our DNA,’ says Naomi. Exer is a mix of bar and restaurant – a place where you can spend an evening eating your way through the menu or pop in for a beer, cocktail or snack.

The bar in district 4 is also famous for its slushies, which are served in the garden in summer. ‘We fill our slushie machine with rosé and serve it semi-frozen.’ On the drinks menu, this Exer special is affectionately called the ‘Frozé’.