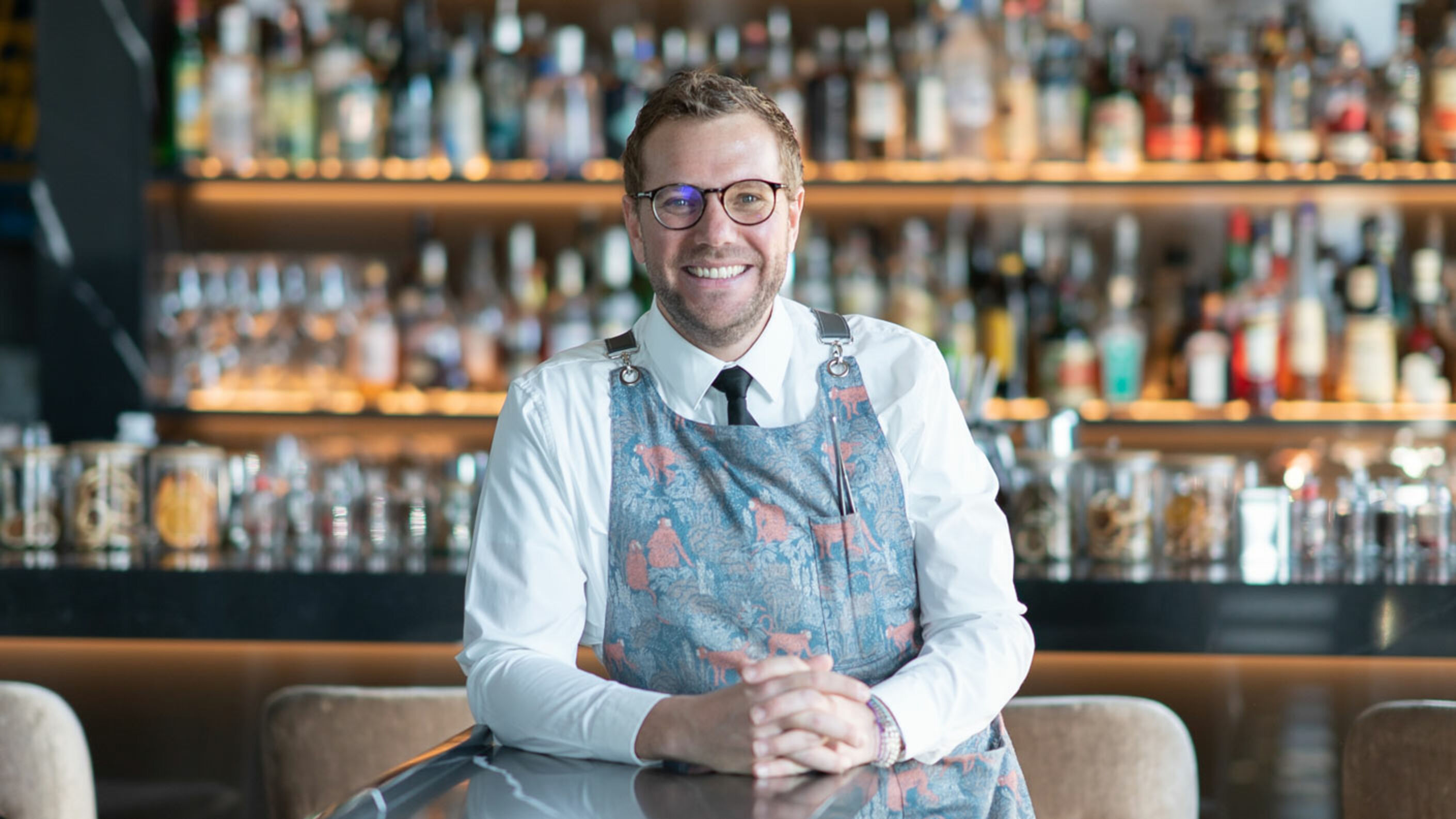 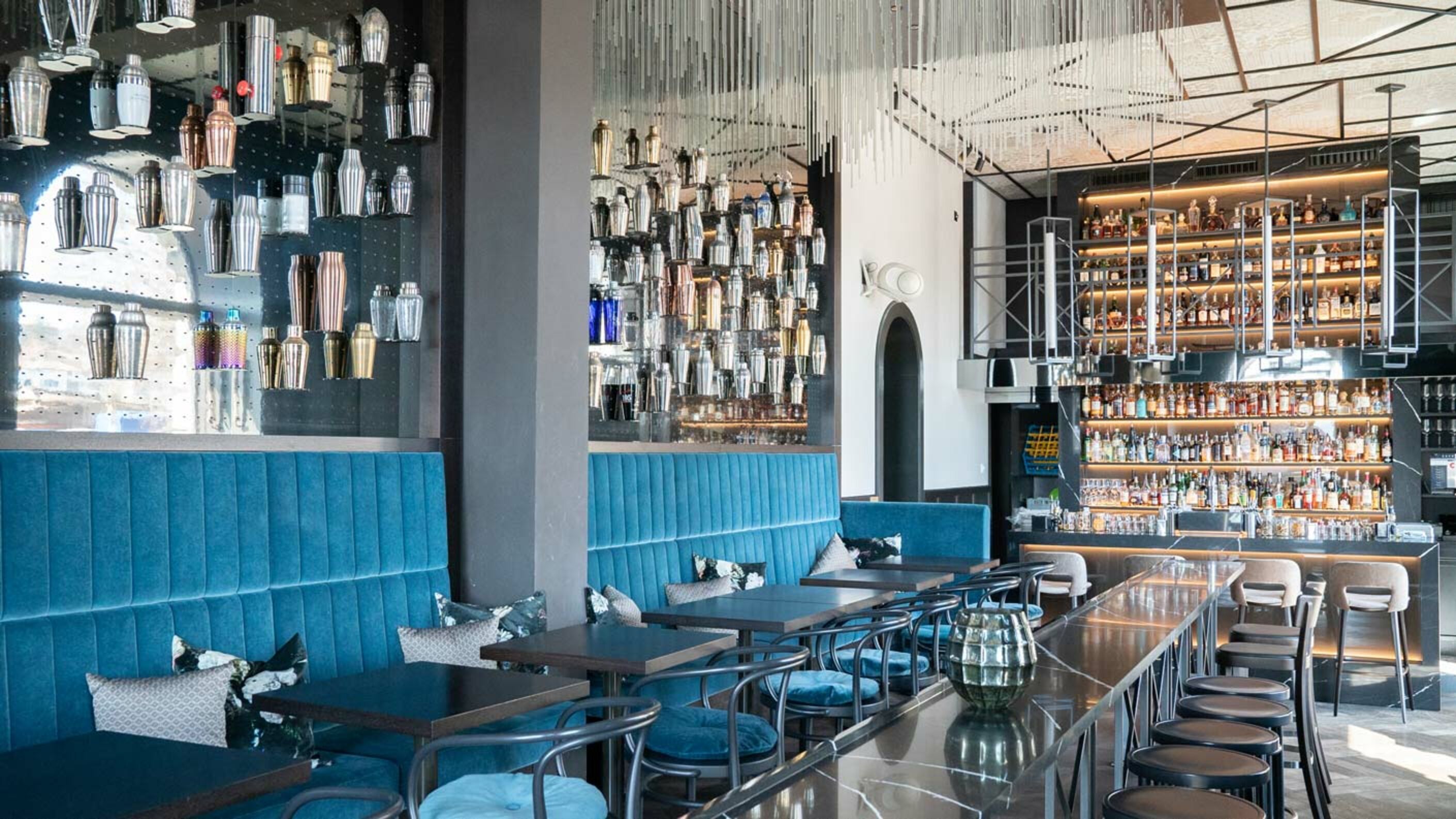 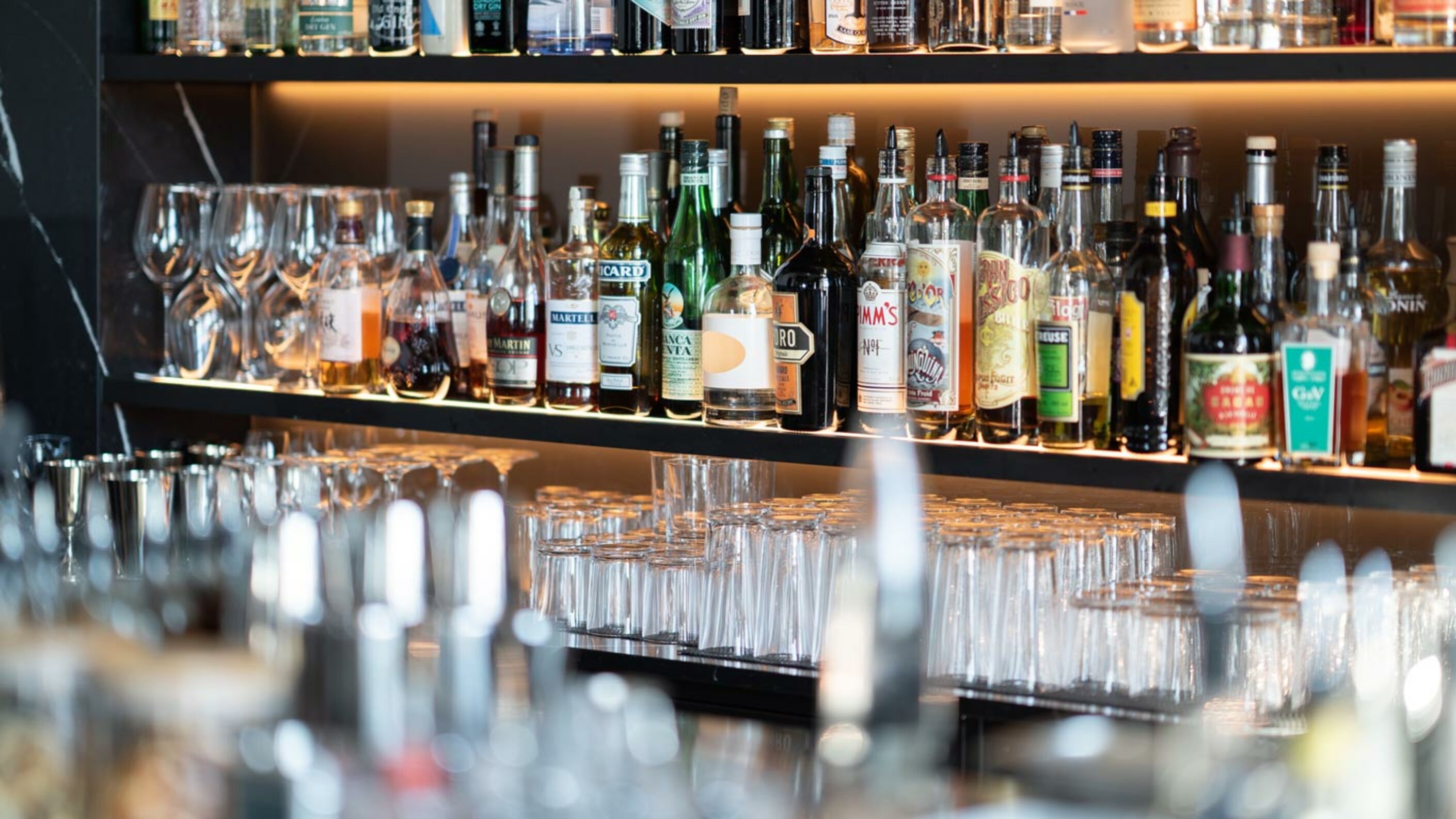 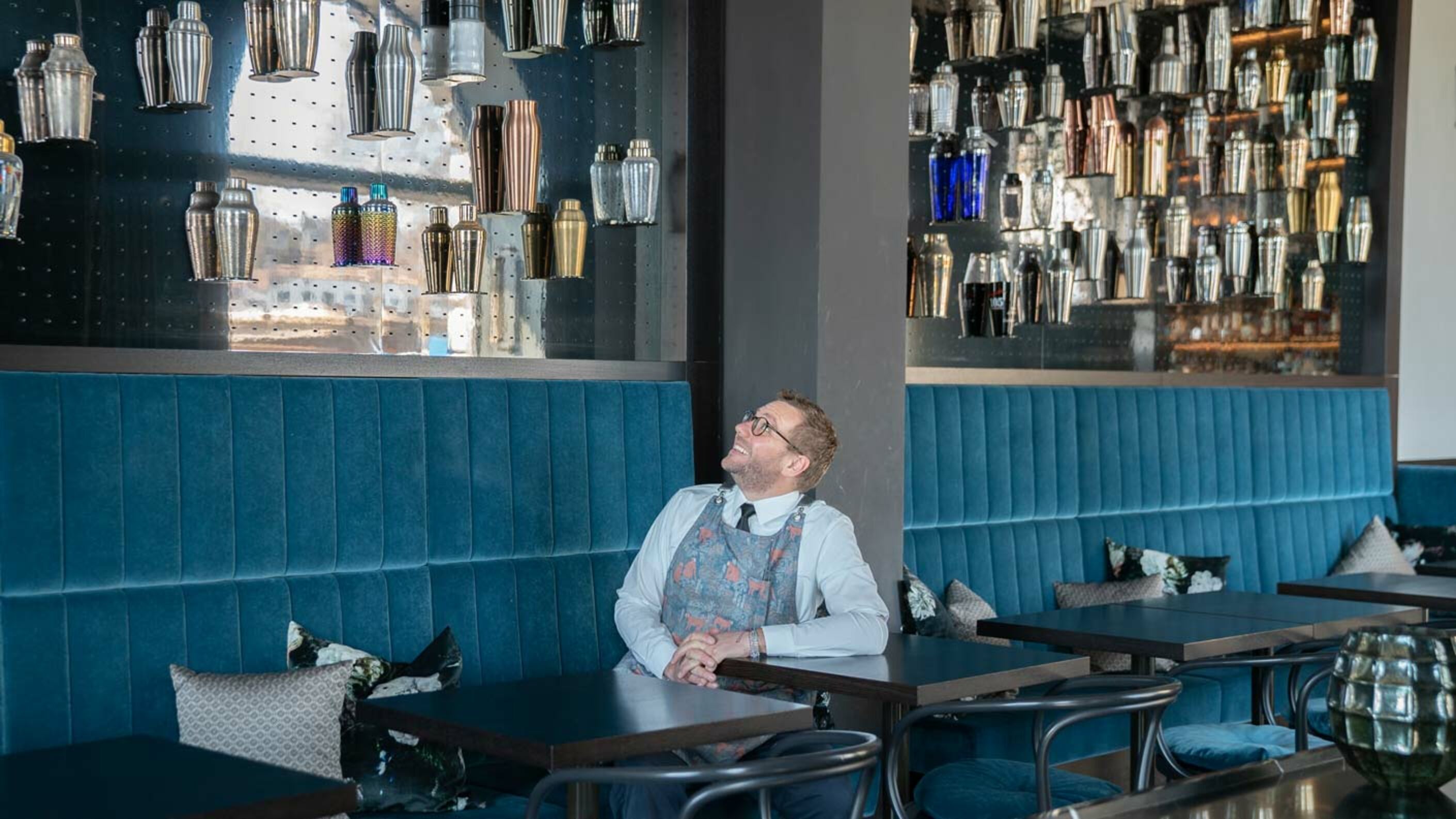 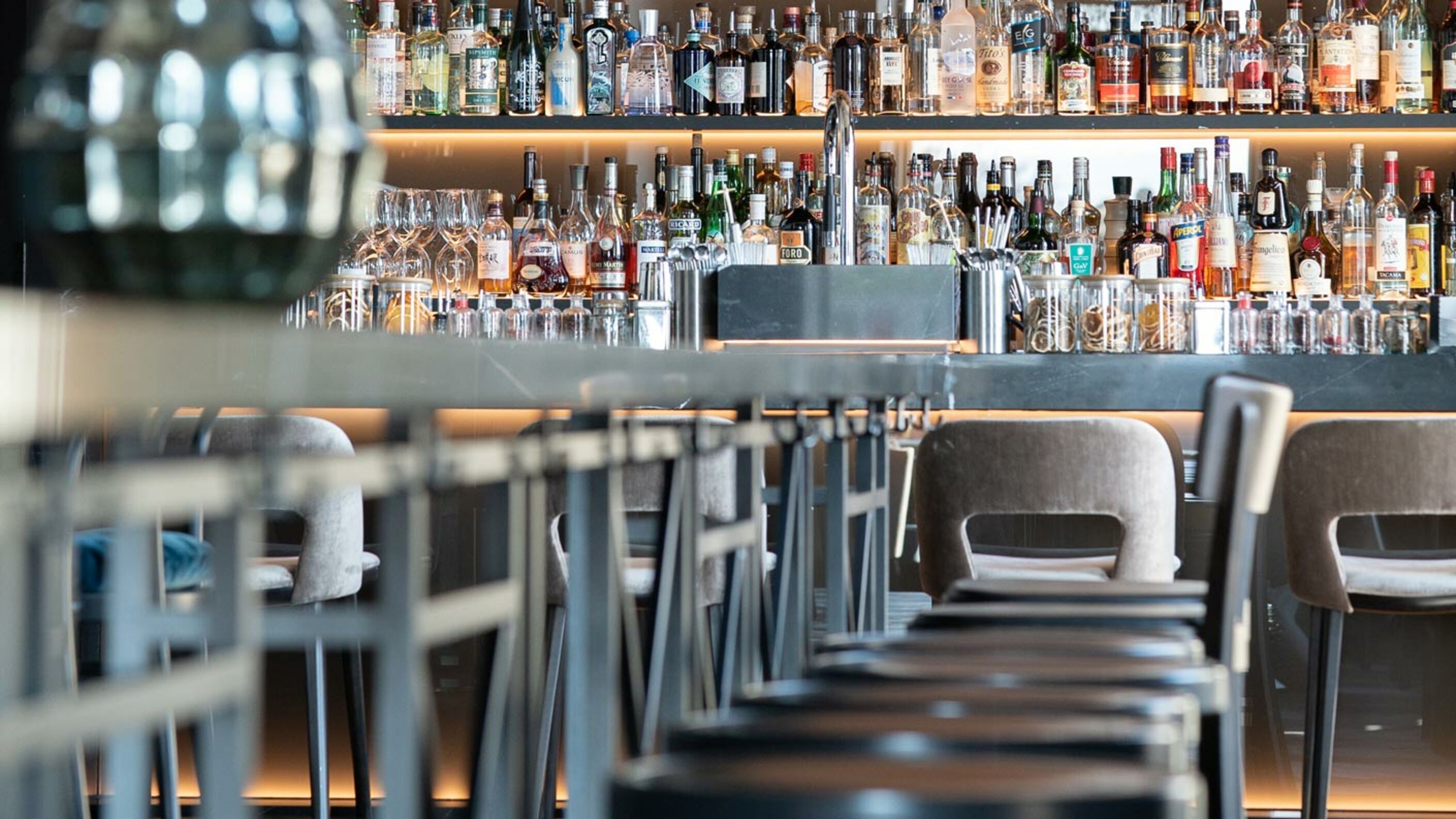 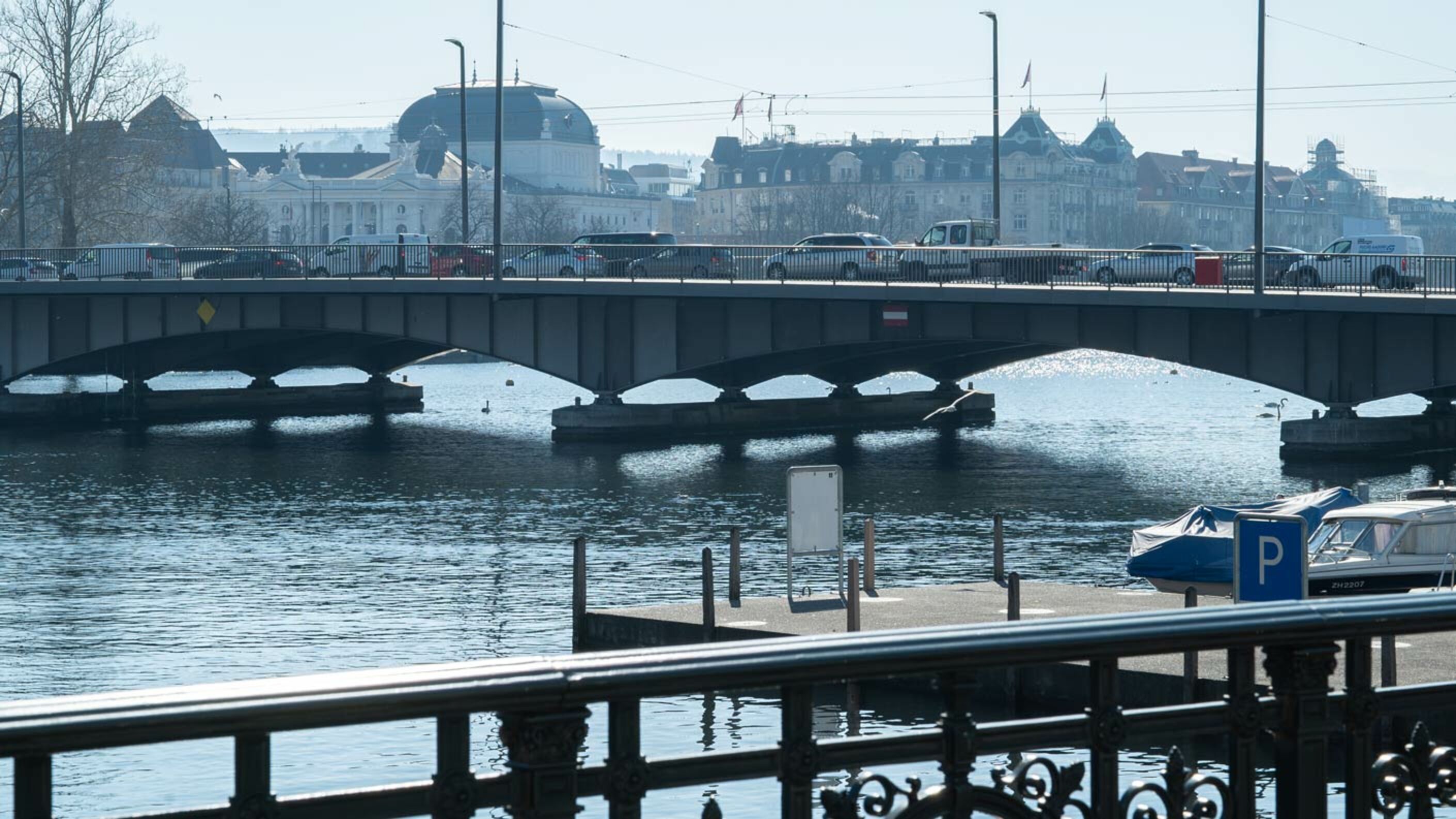 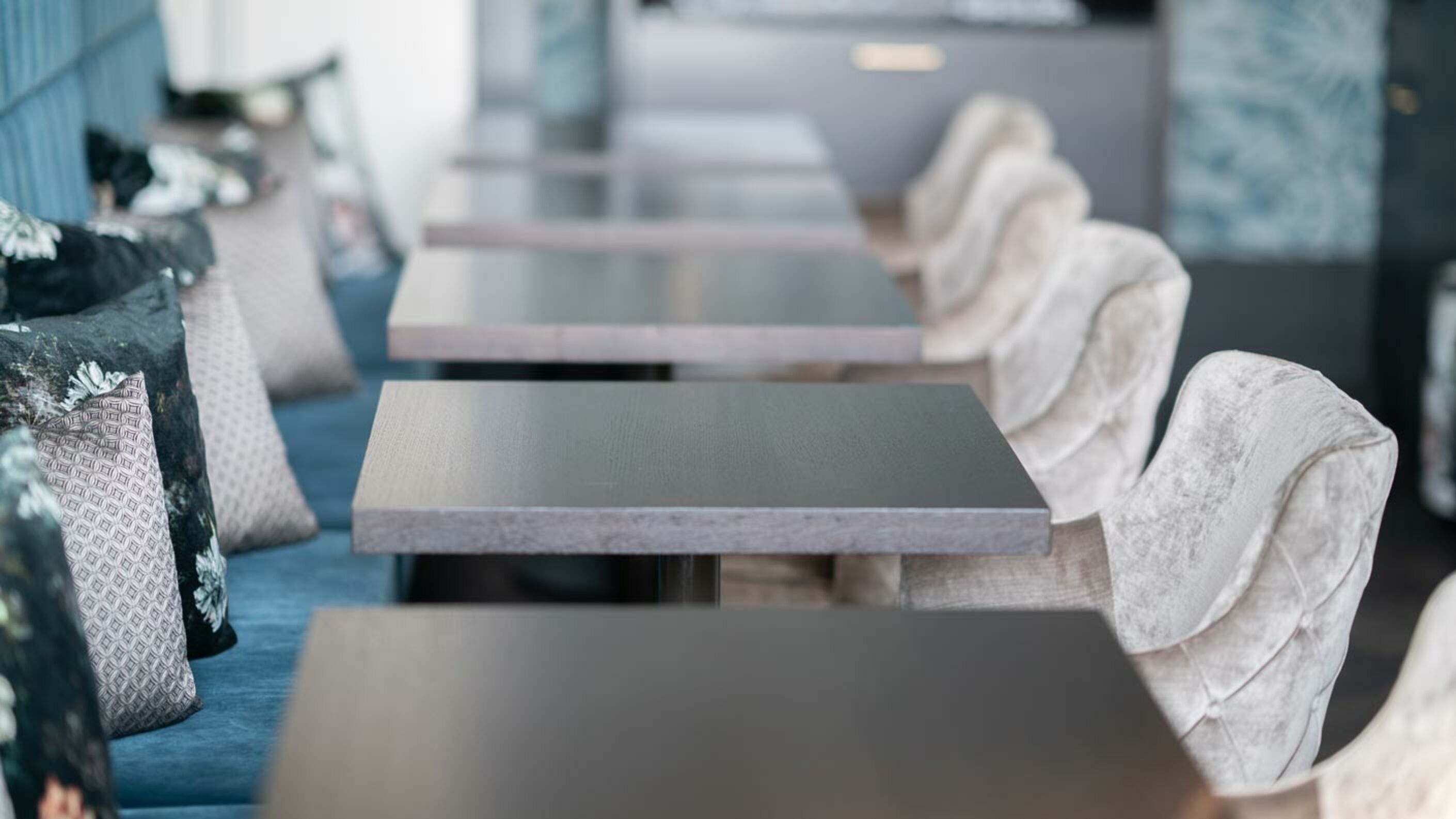 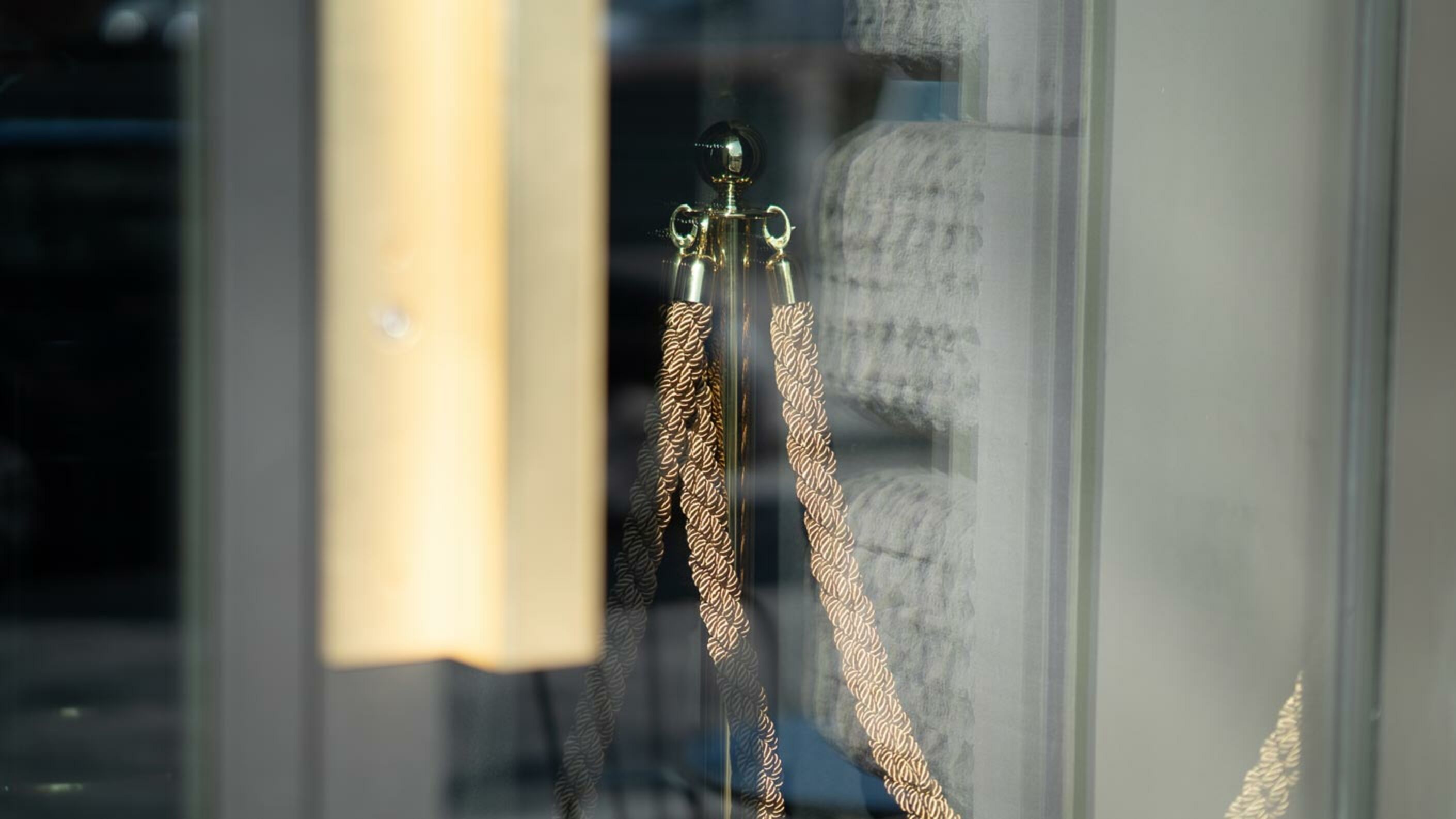 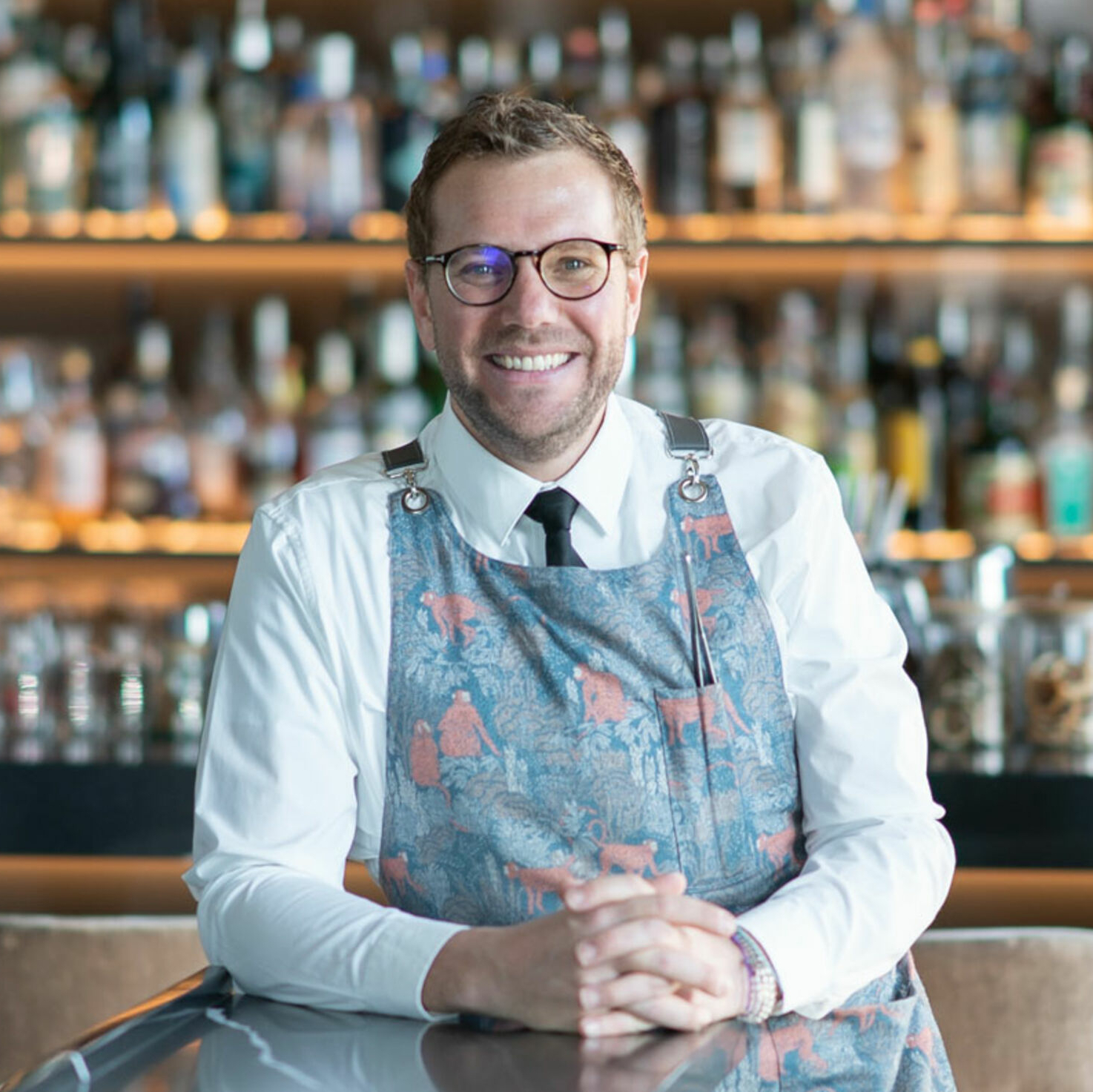 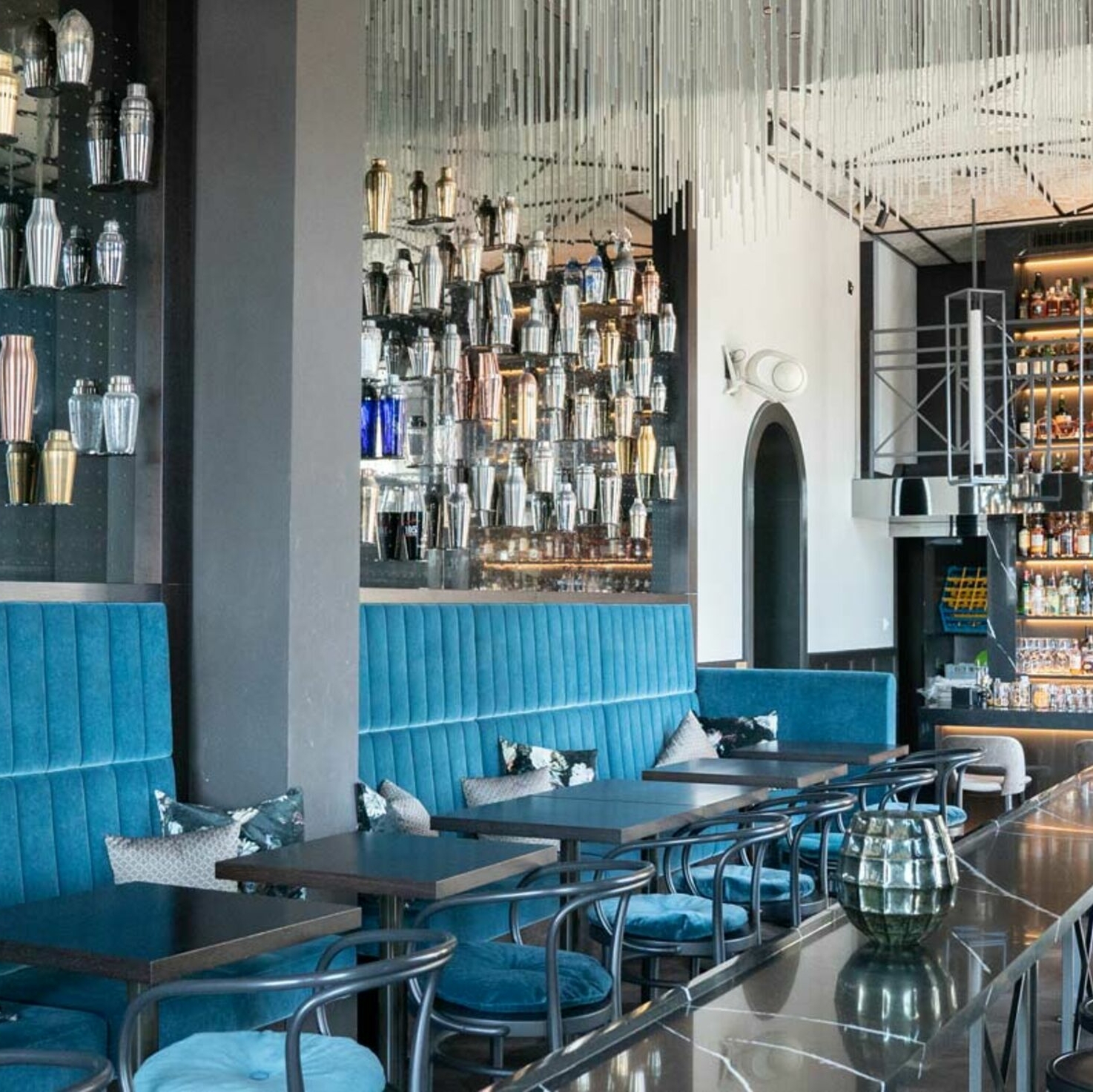 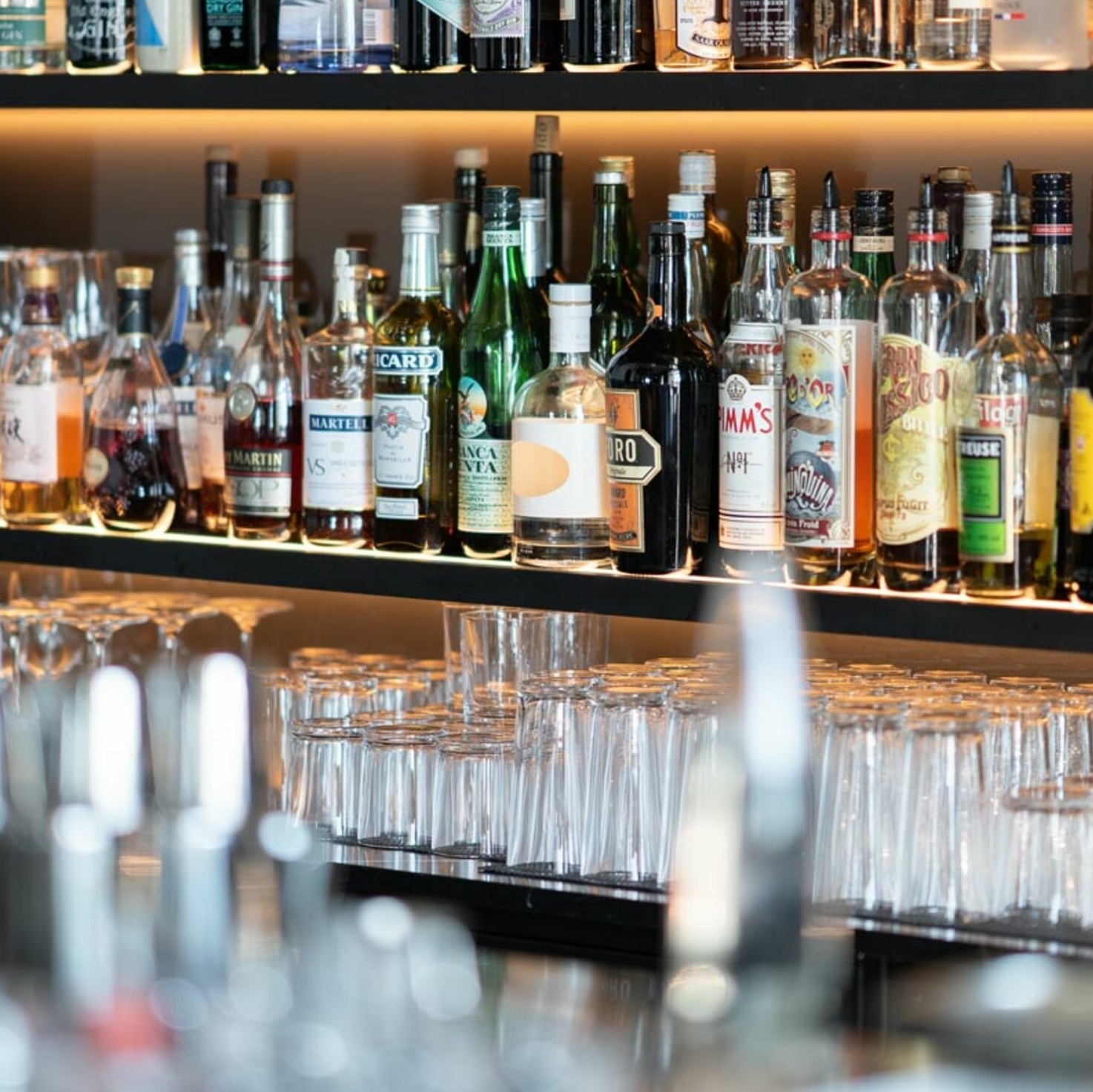 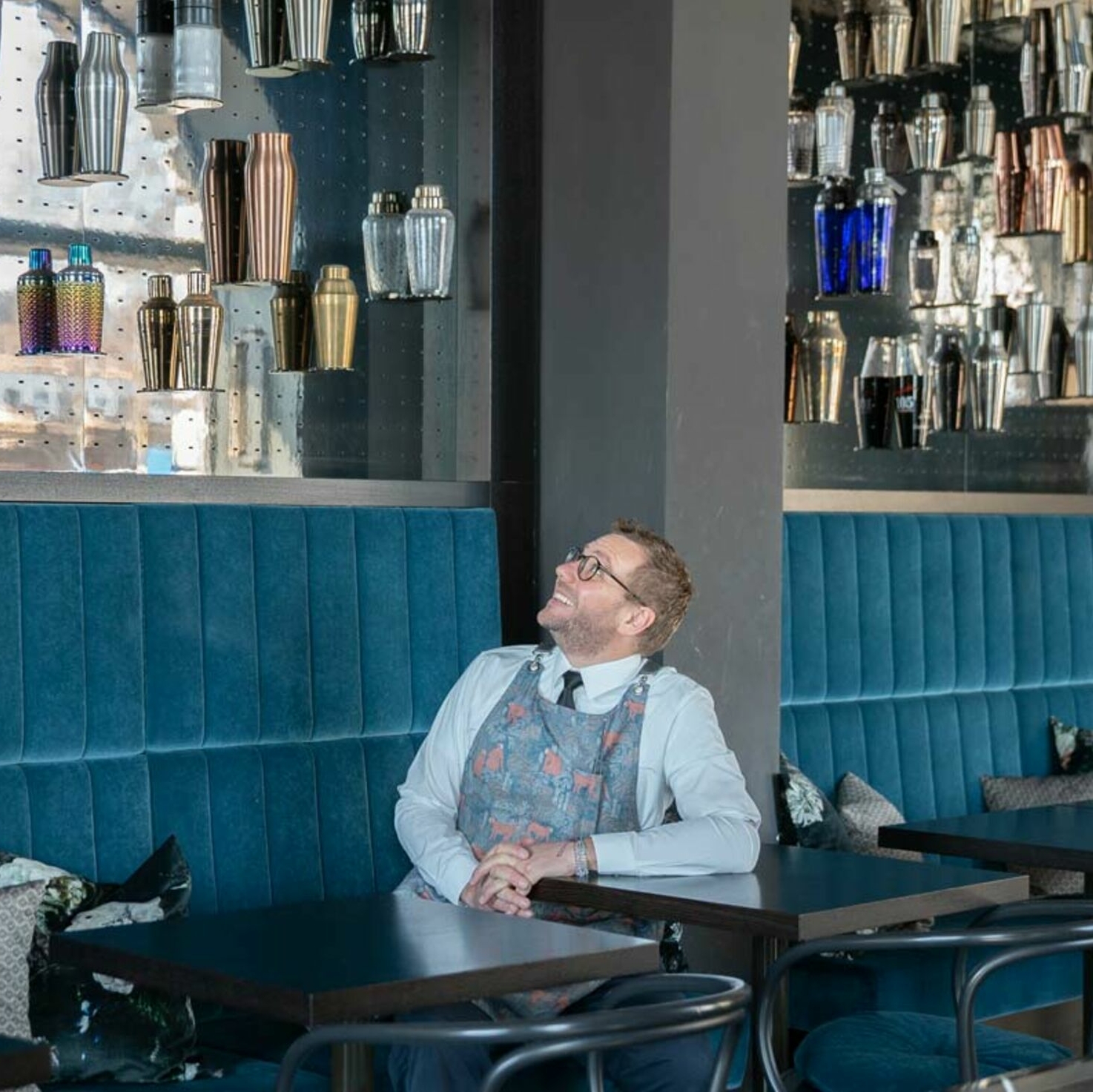 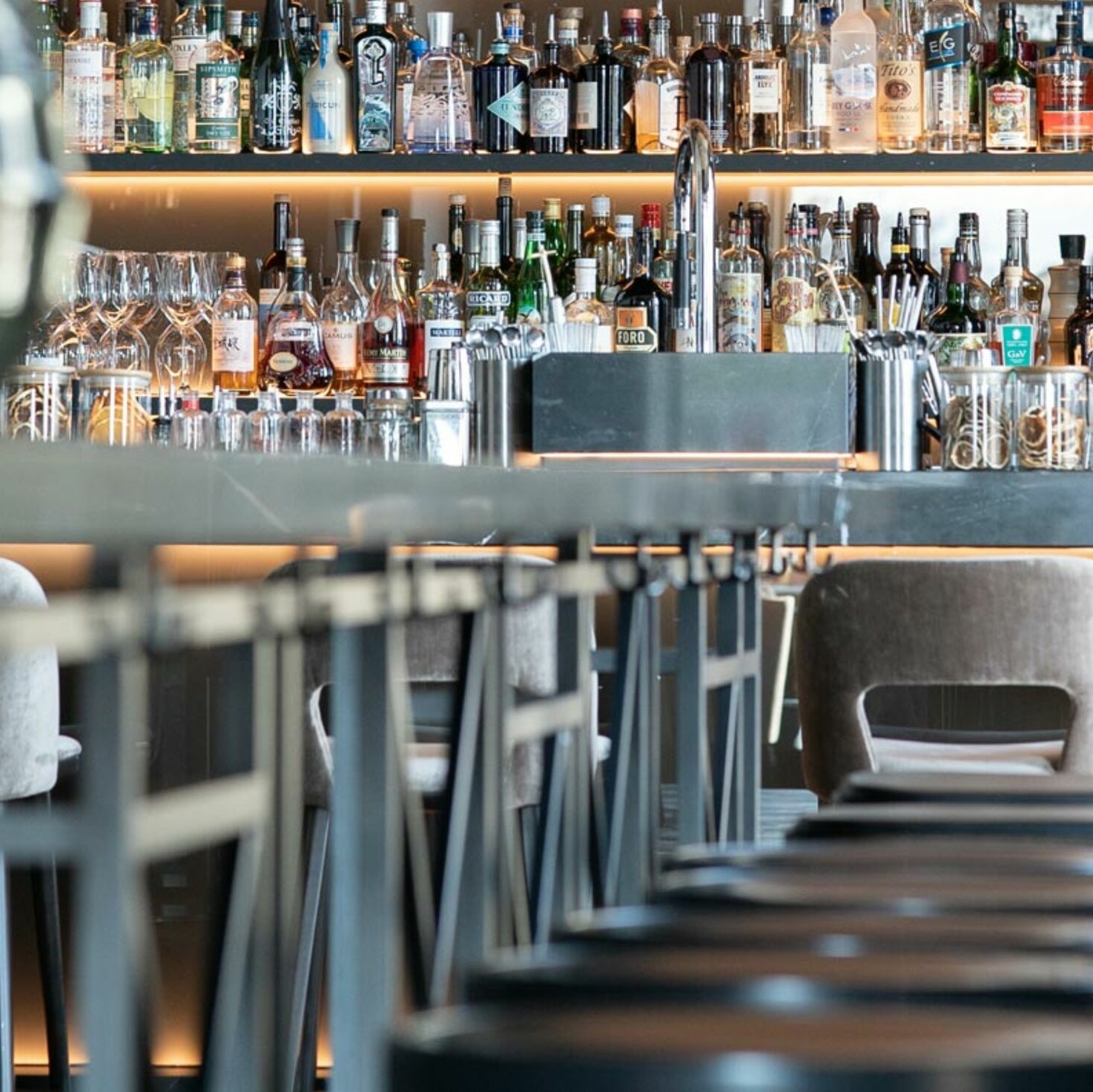 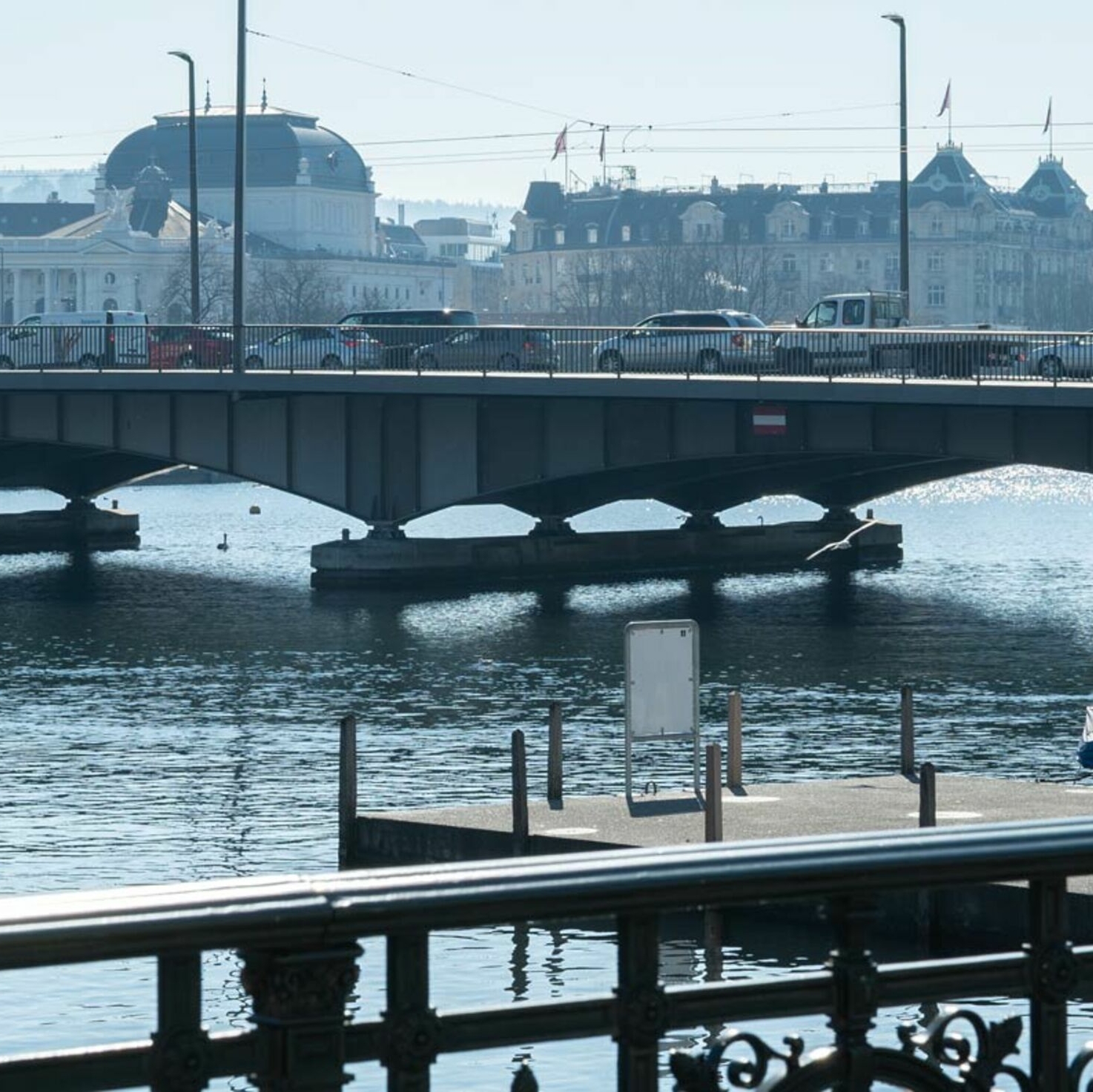 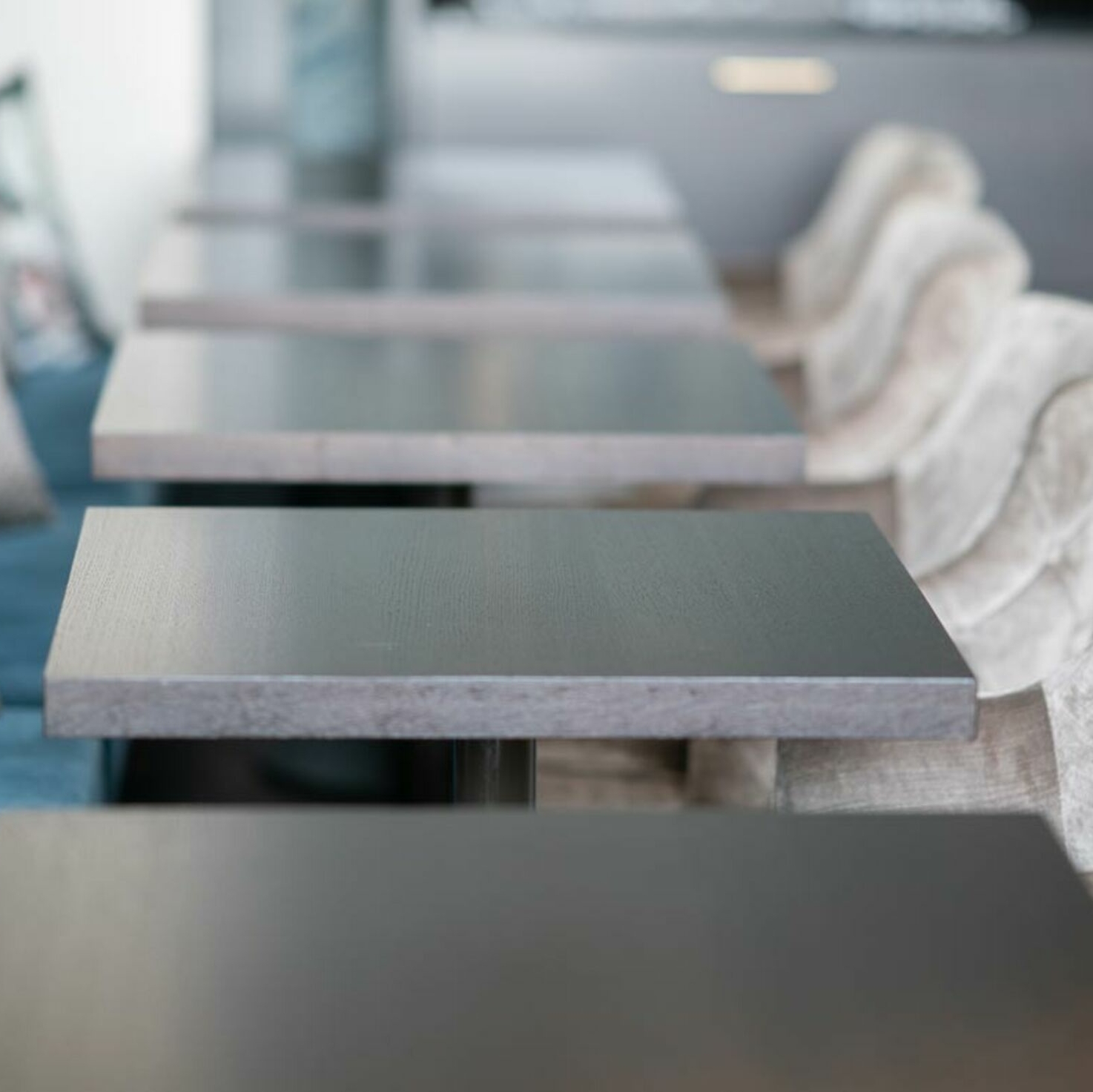 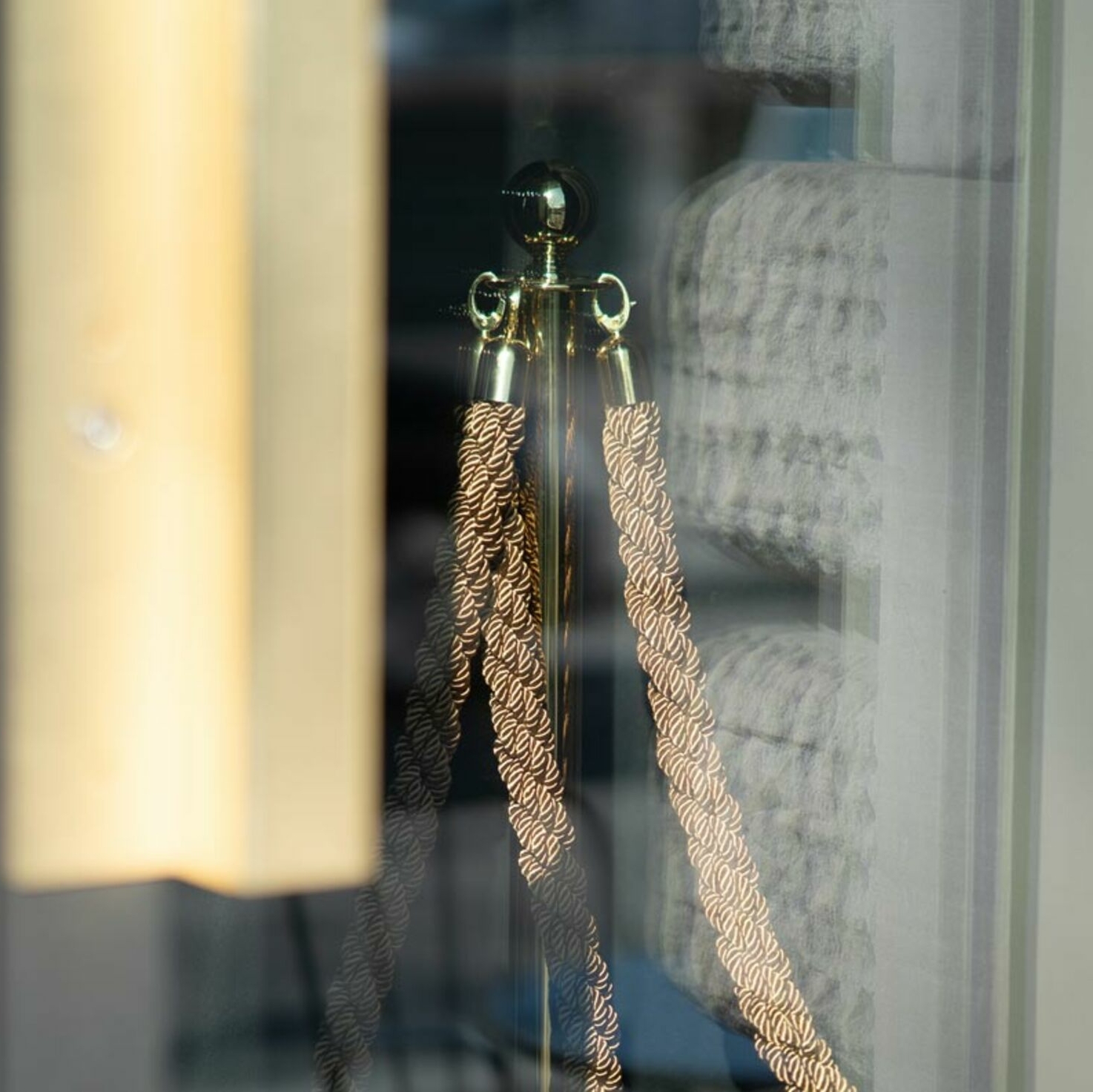 Those who stop by Dirk Hany’s bar can enjoy the service of a 5-star hotel, without having to spend the night.

Since he trained to be a chef, Dirk Hany has worked in a number of luxury establishments – most recently in the Widder Hotel. Now he is running his own cocktail bar on Bürkliplatz. It is especially popular with expats.

Michelin stars have been awarded to excellent restaurants for over a hundred years. ‘We want to be the first bar to earn a star,’ says Dirk Hany with a laugh. He opened Bar am Wasser in a former fishing equipment shop in November 2018 together with his business partner. ‘I want to offer the service of a 5-star hotel in a normal bar,’ says Hany. He knows exactly how to make this happen. Since he trained to be a chef, he has worked in a number of luxury establishments, most recently in the Widder Hotel in Zurich where he managed the hotel’s bar.

‘When I first started there, I was the FNG – the Fucking New Guy.’

‘Liquid cuisine fascinates me,’ says Dirk. He acquired his knowledge of cocktails in a bar in Montpellier that has since closed. ‘When I first started there, I was the FNG – the Fucking New Guy,’ explains Dirk. His main tasks were cleaning the toilets and bar area. If any fights ever broke out, he had to intervene. ‘One day I was allowed to start helping the bartender out behind the counter.’ After six moves up the hierarchy, he was finally put in charge of the drinks.

‘Even the best bartender in the world would have to start off serving people.’

In Bar am Wasser, Dirk employs a similar training concept. ‘Even the best bartender in the world would have to start off serving people.’ Dirk believes that this makes his employees feel more connected to the business. Most of them have previously worked in 5-star hotels. ‘The main thing we want is to give customers an unforgettable experience.’

No one is allowed into the bar once all the seats are taken.

Nothing is rushed at Bar am Wasser – customers shouldn’t expect a hastily poured beer or gin and tonic. ‘Swiss people don’t want to have to wait for a drink or a seat. They prefer to stand,’ says Dirk. But Bar am Wasser on Bürkliplatz has a seating-room only policy. No one is allowed into the bar once all the seats are taken. ‘This is the only way we can ensure our guests have an enjoyable experience,’ says Dirk, who often serves customers himself. Some find this policy hard to understand: ‘People sometimes get frustrated about having to wait outside,’ says Dirk. He can appreciate why. ‘But as soon as they enter the bar, they see why we have this rule in place.’ He firmly believes that ‘this is the future of bars.’ 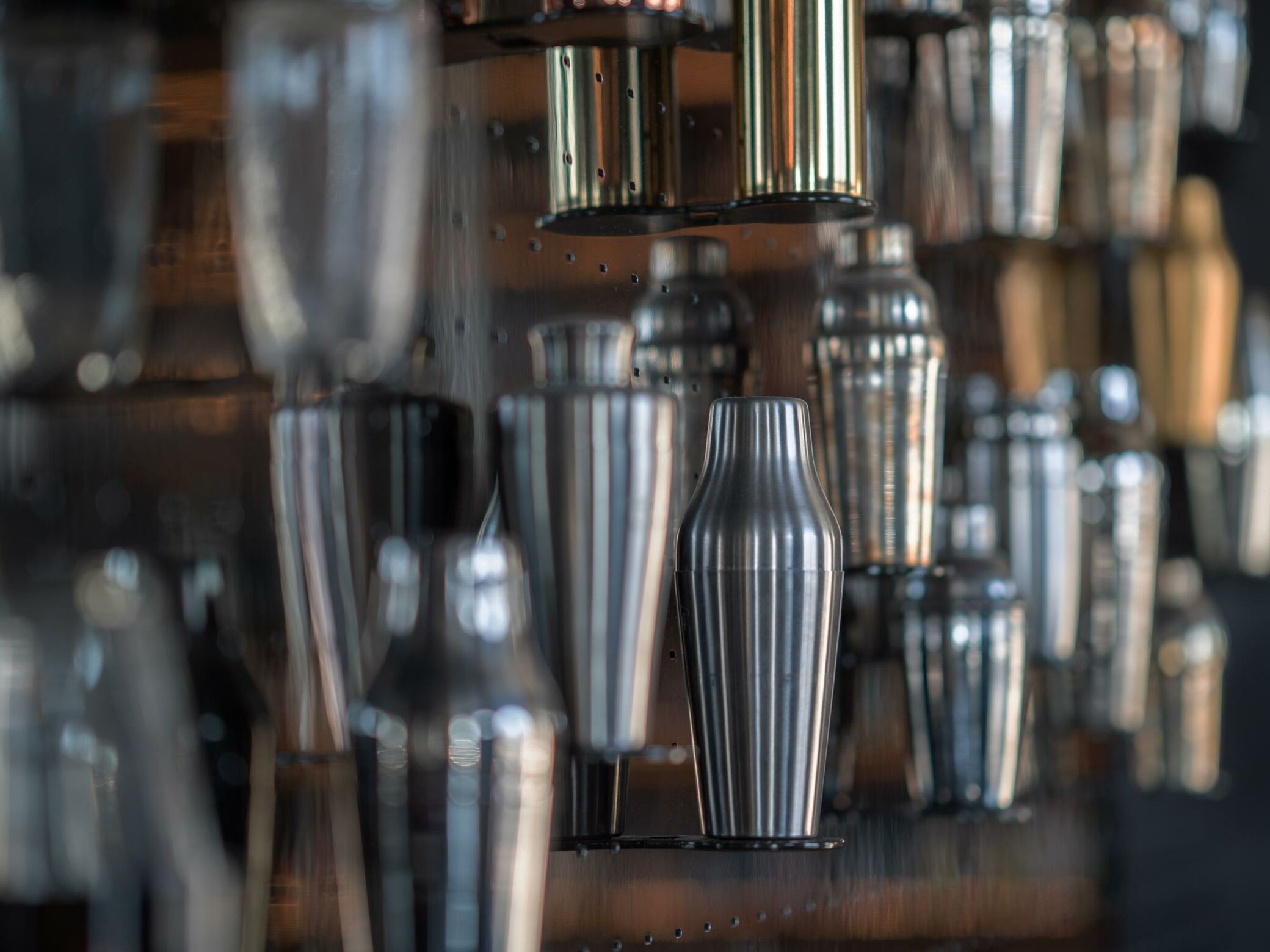 Number of different cocktails that the menu includes.

Anyone who wants to go to an upmarket bar in London or Paris these days needs to make a reservation – or be prepared to wait. Dirk sees Zurich heading in a similar direction. ‘Bar owners are realising that they can offer a better service.’ Dirk’s success speaks for itself – Bar am Wasser has been full every evening since it opened.

From 8 pm, guests receive a small welcome drink when they place their order and are served an aged PX sherry as a digestif when they leave. The menu includes wines, beers and 25 different cocktails. ‘They are all our own creations,’ Dirk stresses. He and his team rely on the classics. ‘We don’t need to invent anything new, we just breathe new life into existing recipes,’ says Dirk. Each cocktail is made up of no more than five ingredients. ‘But the flavours are still complex.’ Sometimes Dirk puts drinks created by his bartender friends on the menu. The menu changes every four months.

‘The Cuba Libre era is finally over.’

Bar am Wasser is decorated in blue and green tones. ‘The colours are reminiscent of Lake Zurich,’ says Dirk. Despite this, many customers feel like they are visiting a foreign metropolis when they enter Bar am Wasser. There are a lot of expats among them. But even Zurich locals are becoming increasingly fond of cocktails.

Dirk tells us that the Cuba Libre era is finally over. ‘People want quality.’ It’s the same when people go to restaurants. ‘Before, people were happy with a Schnitzel and some chips, now they want a special cut of meat with fermented potatoes.’ As more and more images of food and cocktails are being shared on social media, more and more people are on the lookout for extravagant culinary experiences – and places like Bar am Wasser.

Monday to Saturday, 8 am to midnight