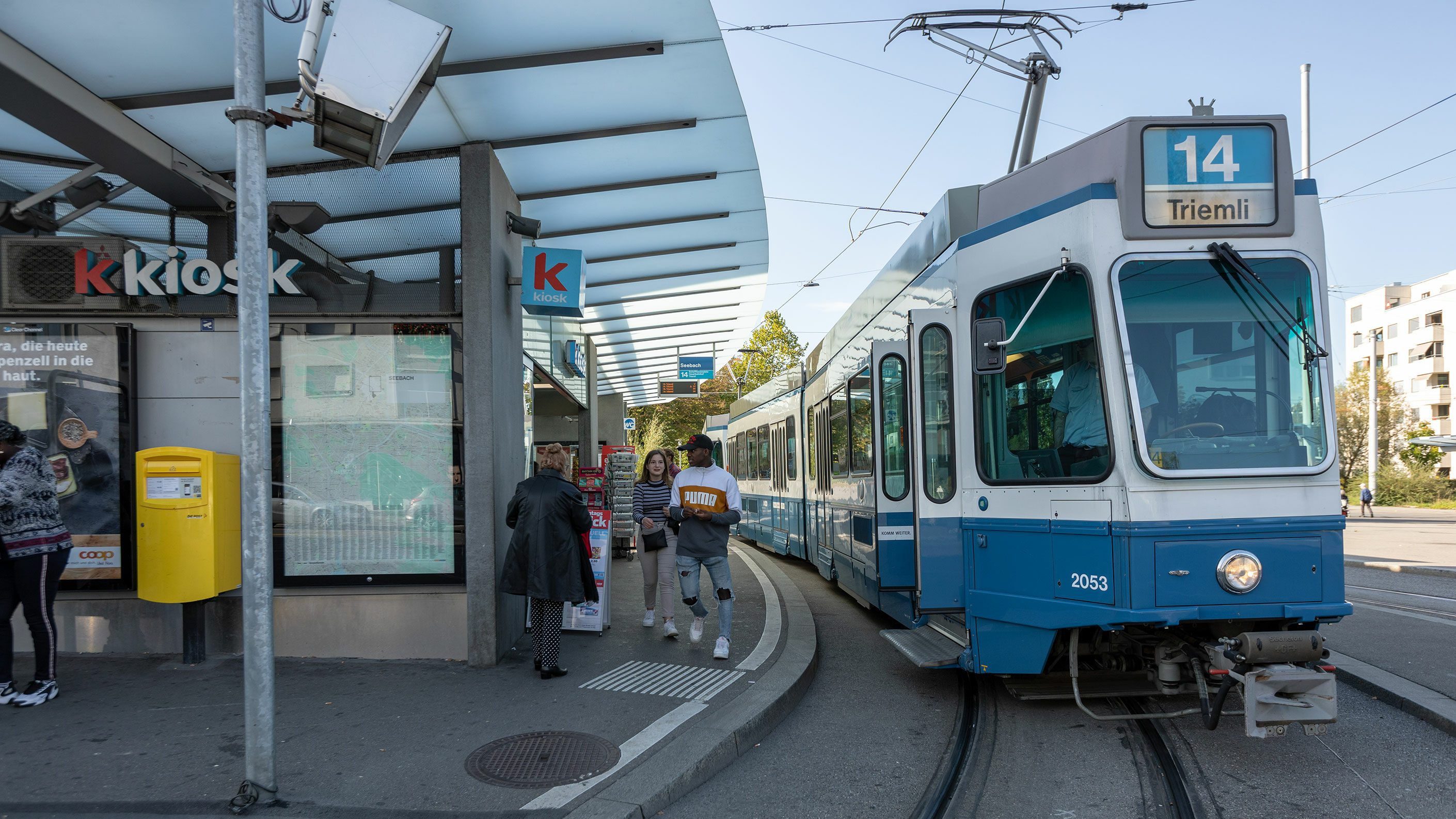 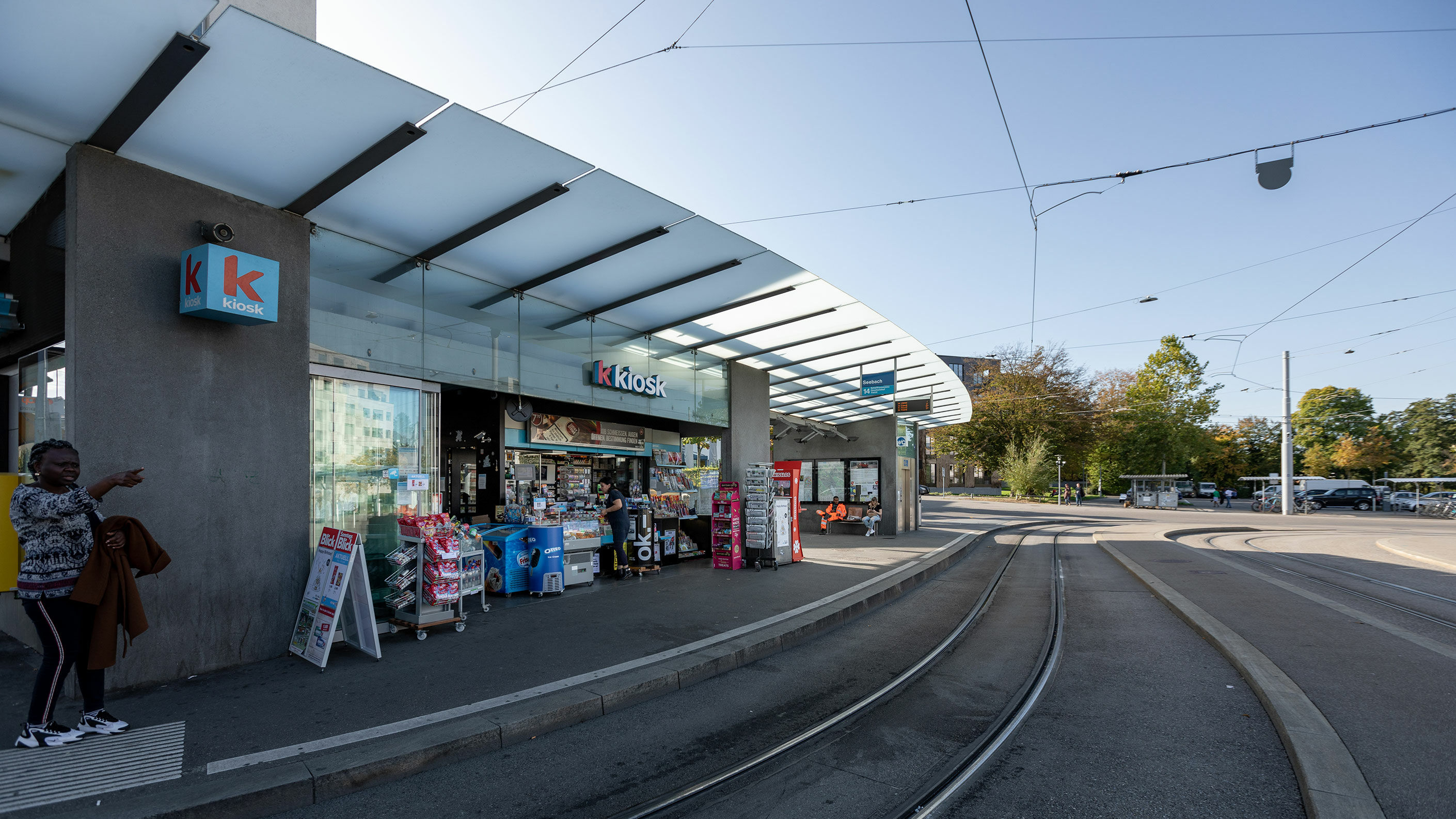 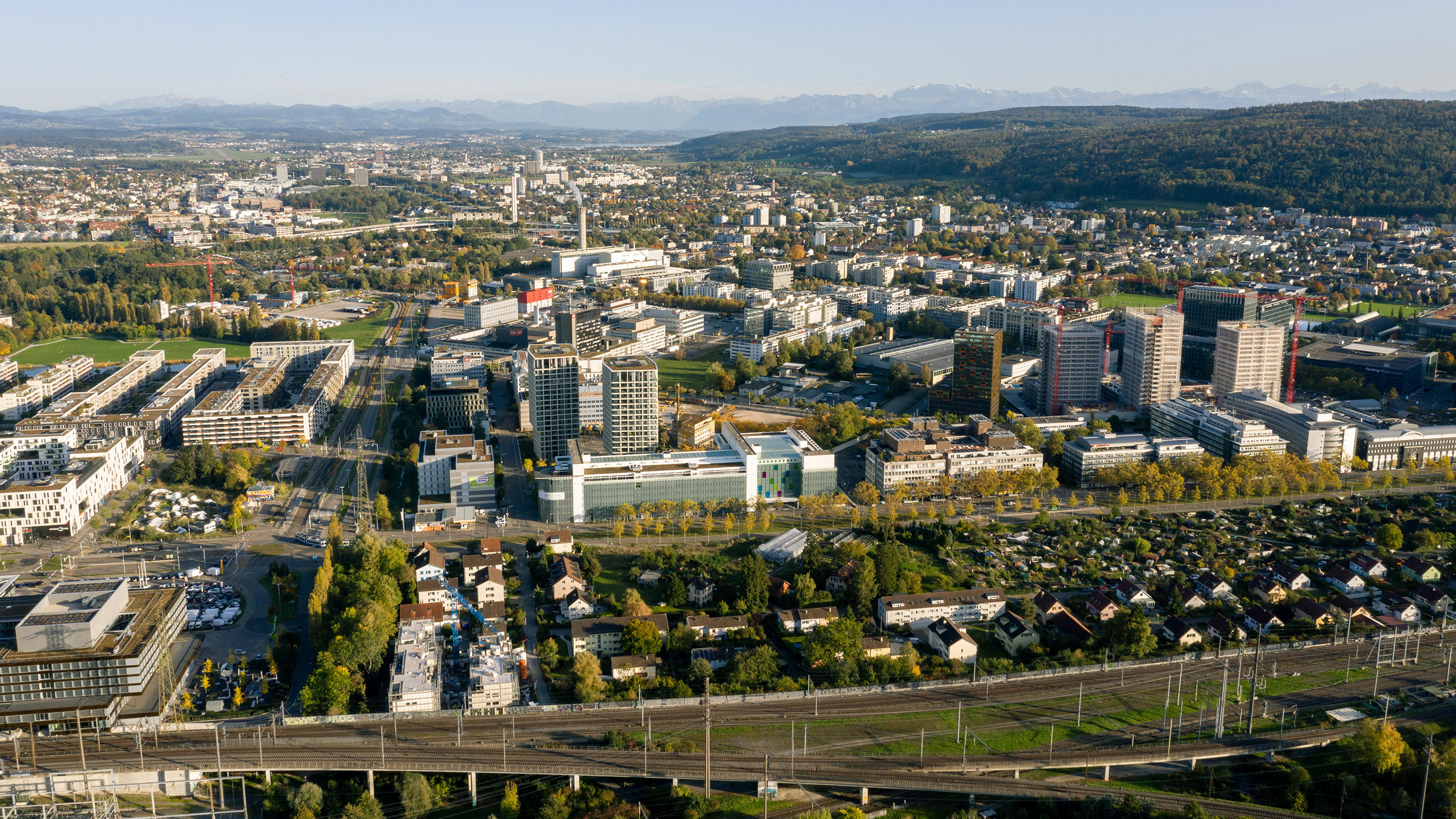 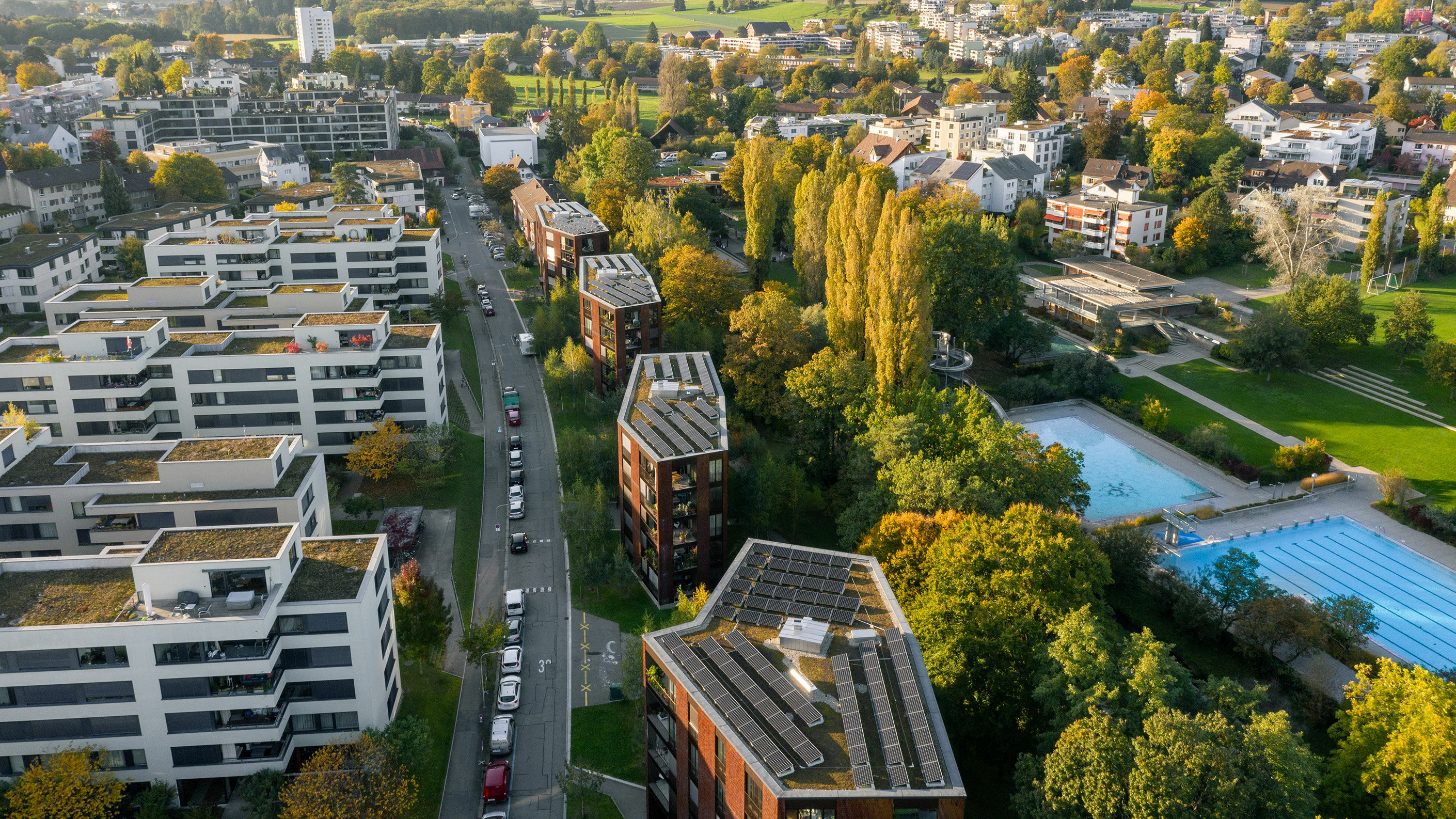 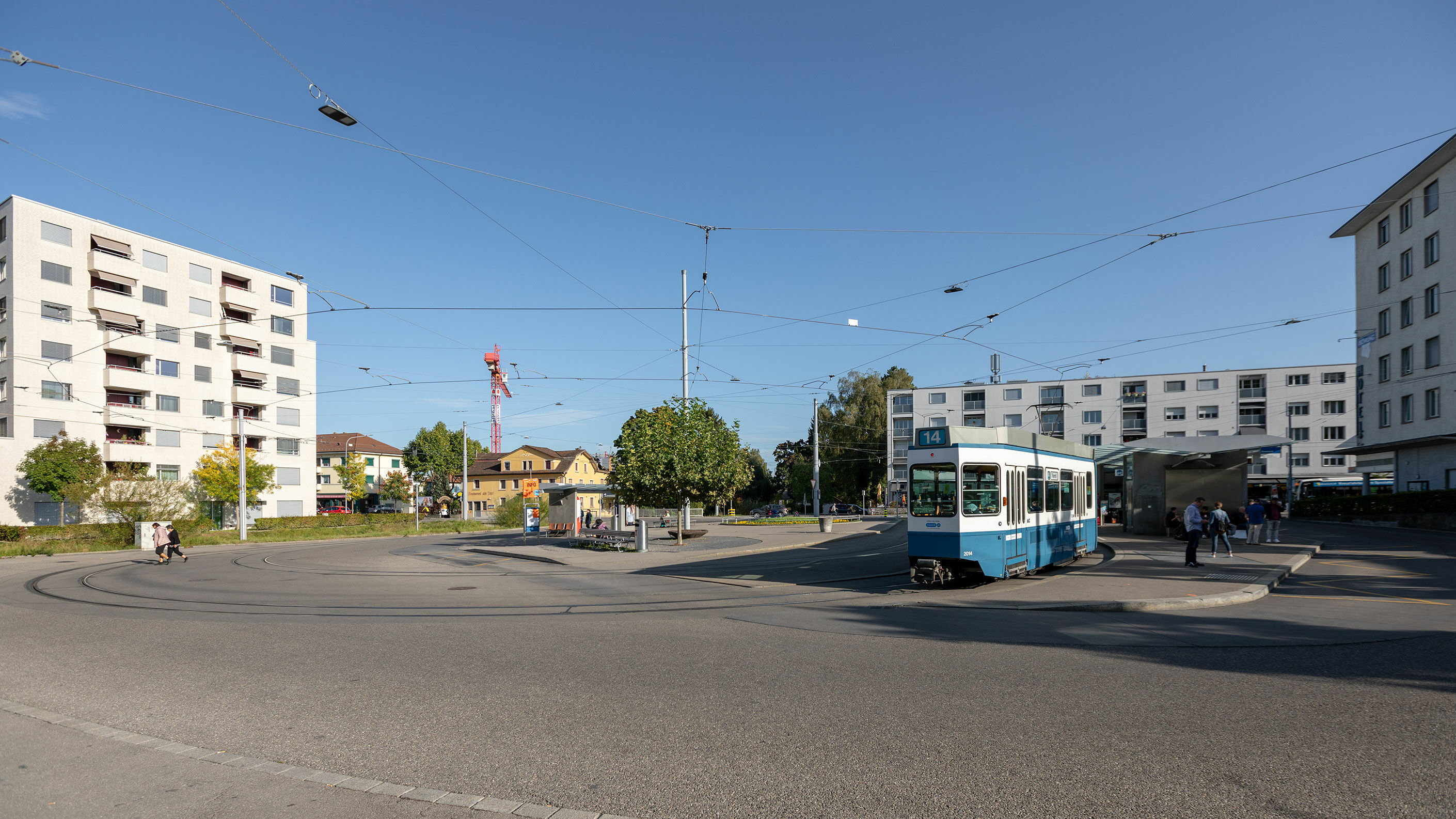 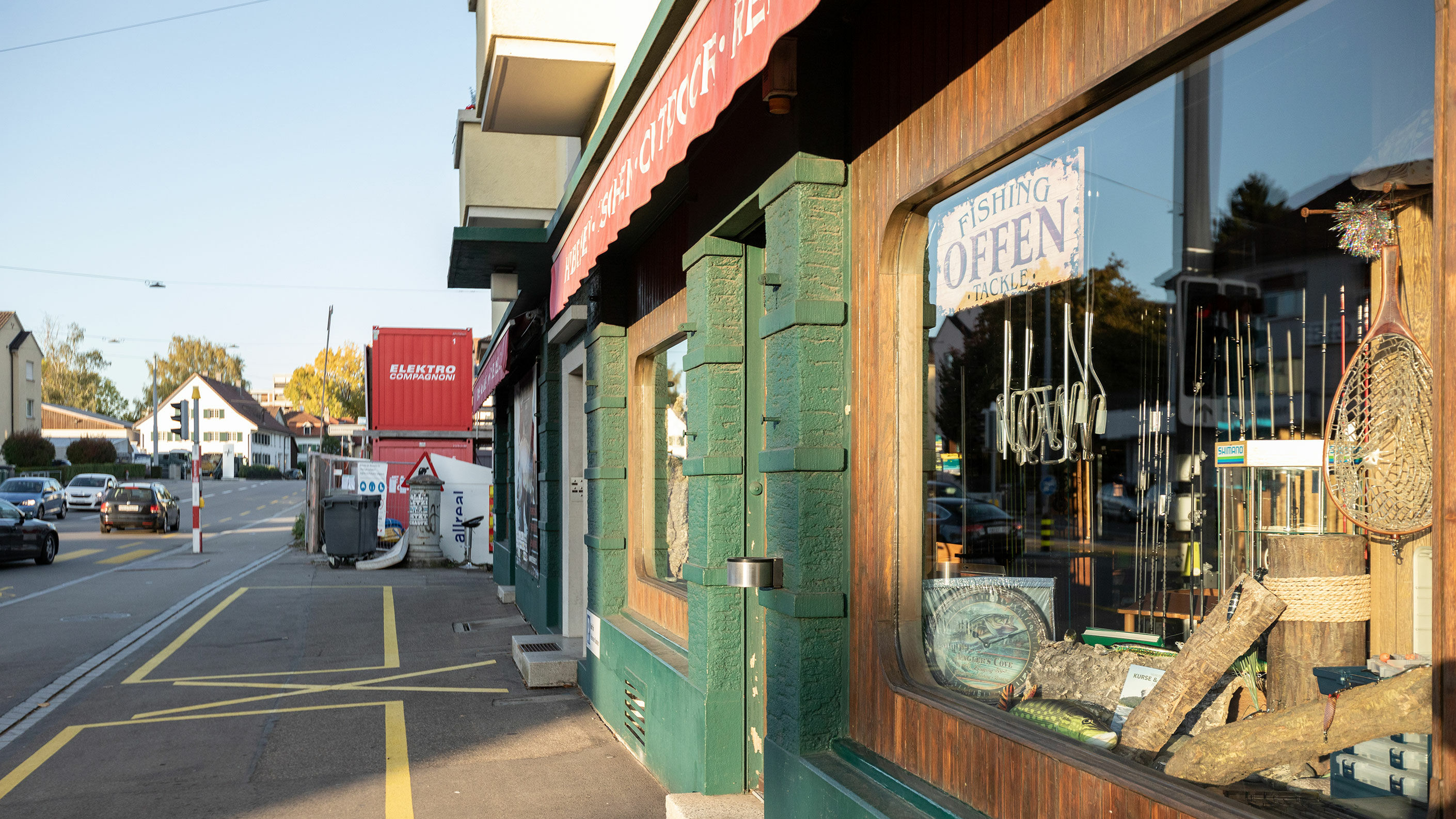 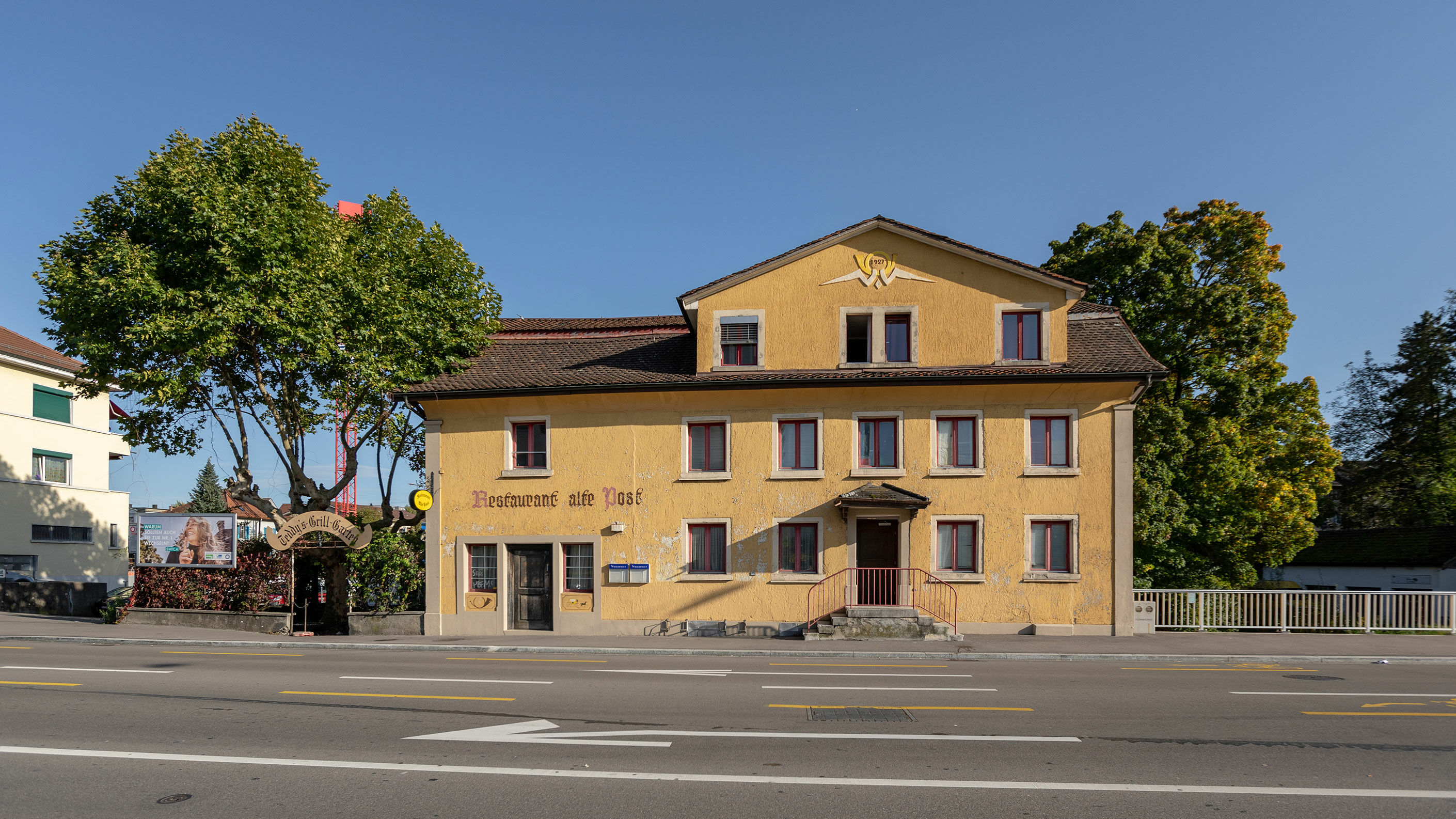 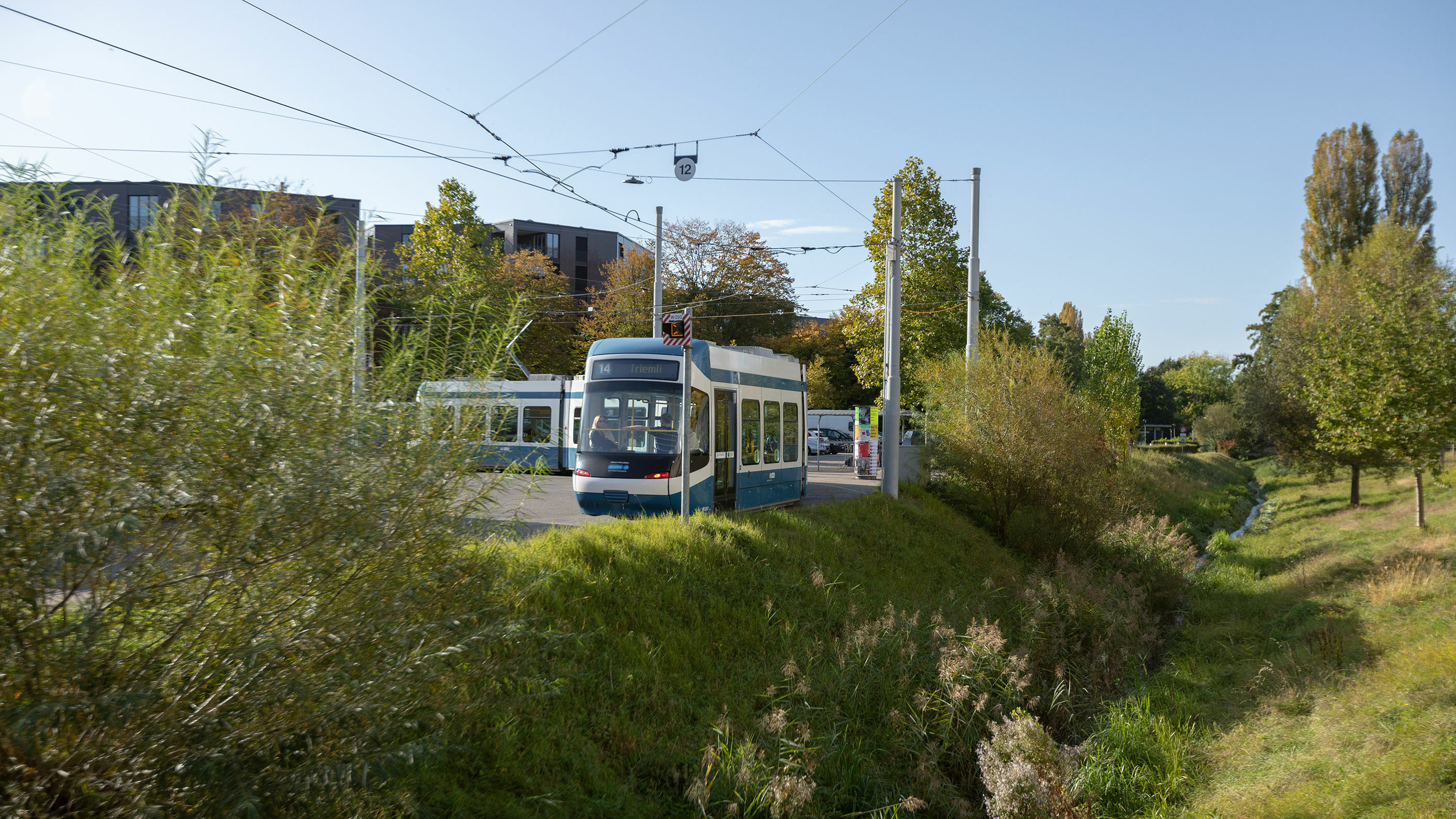 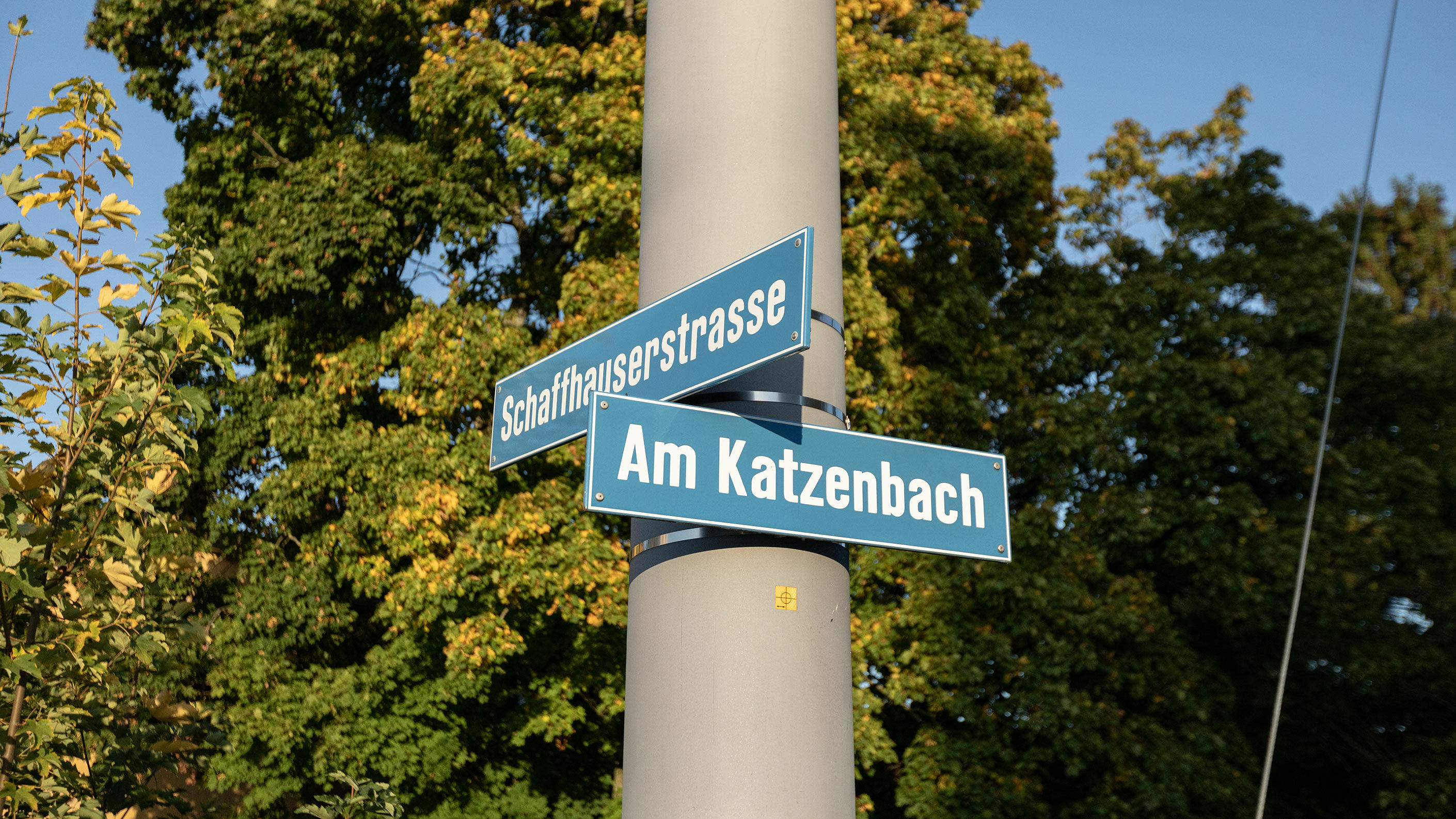 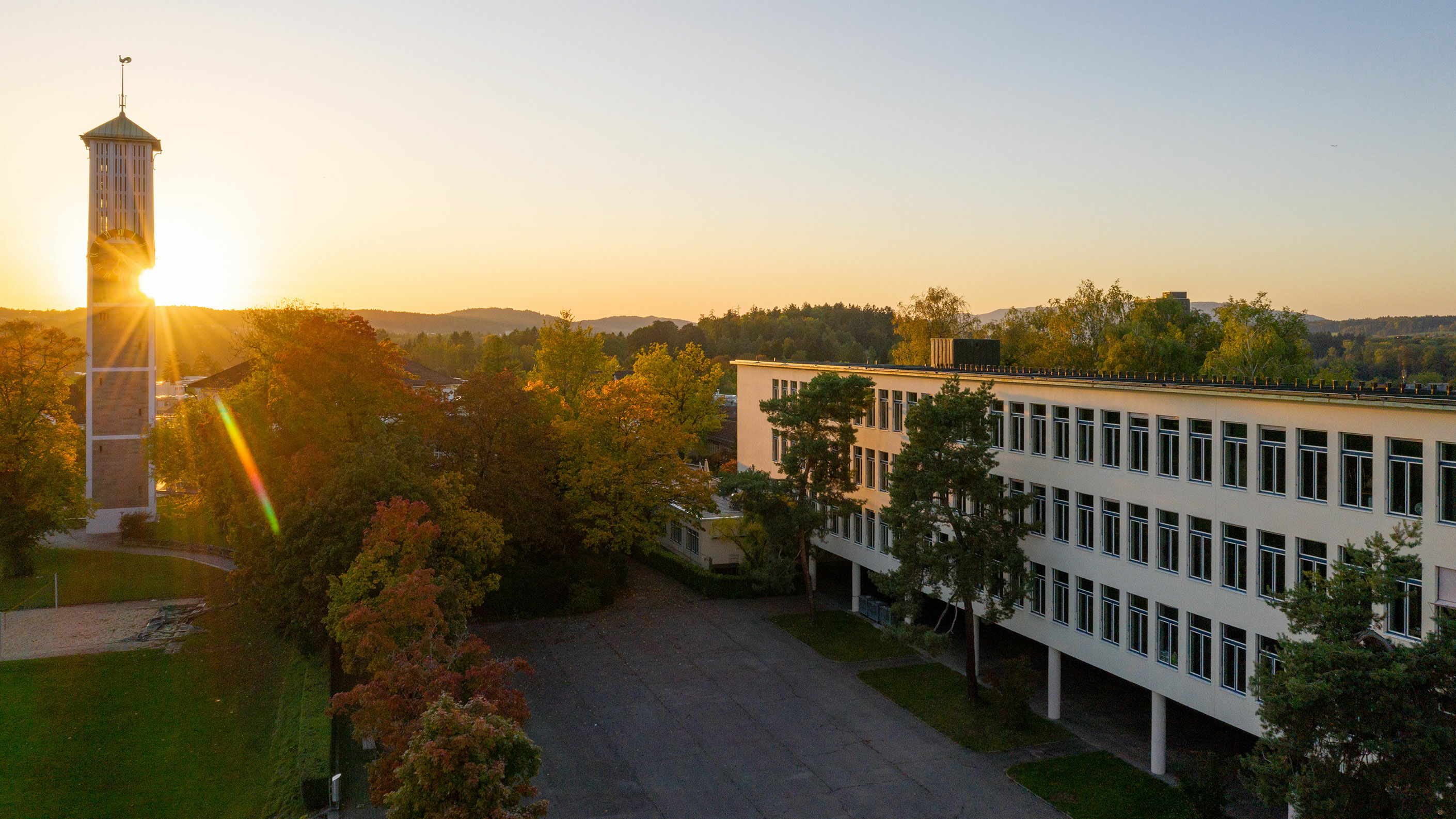 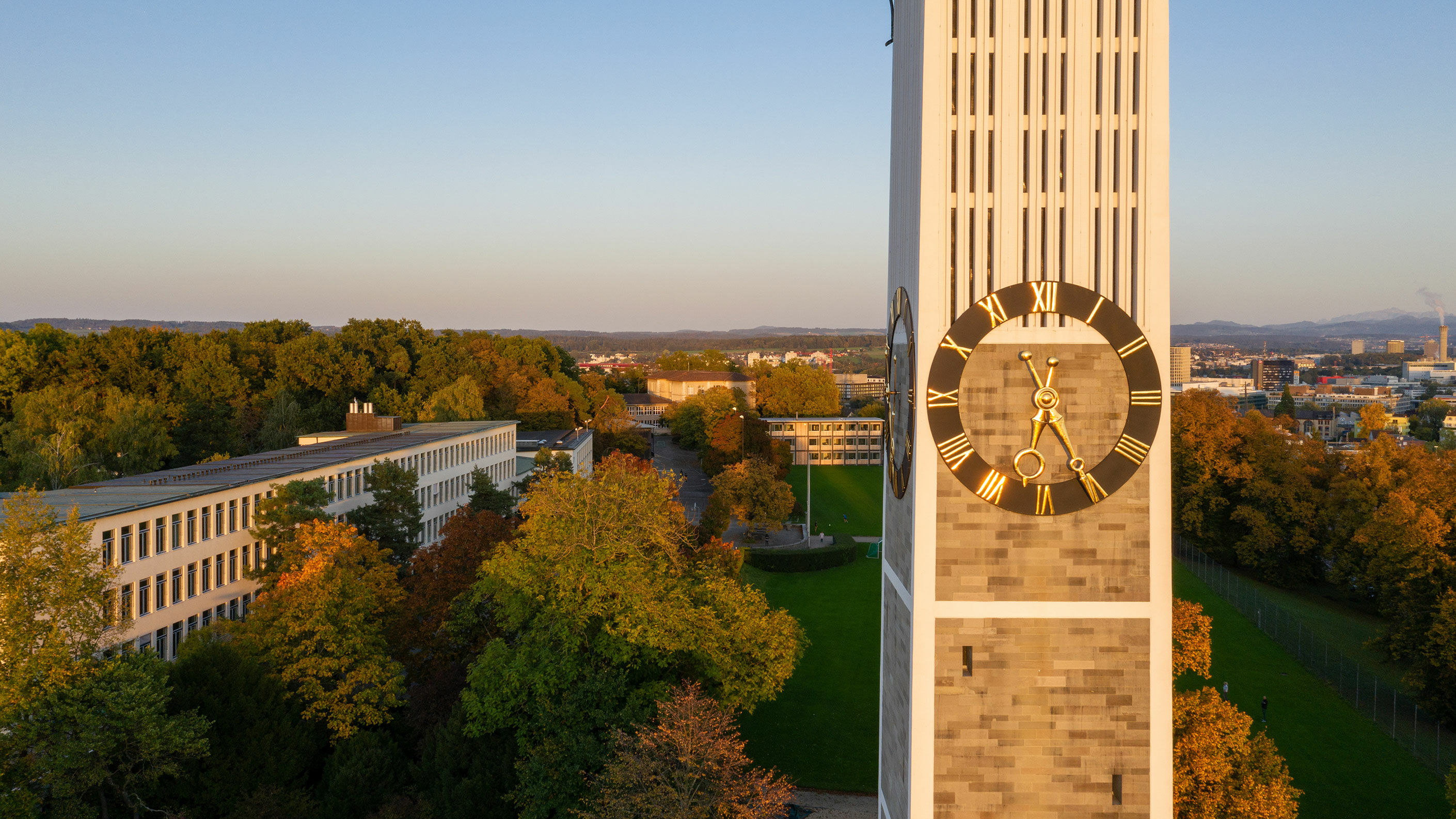 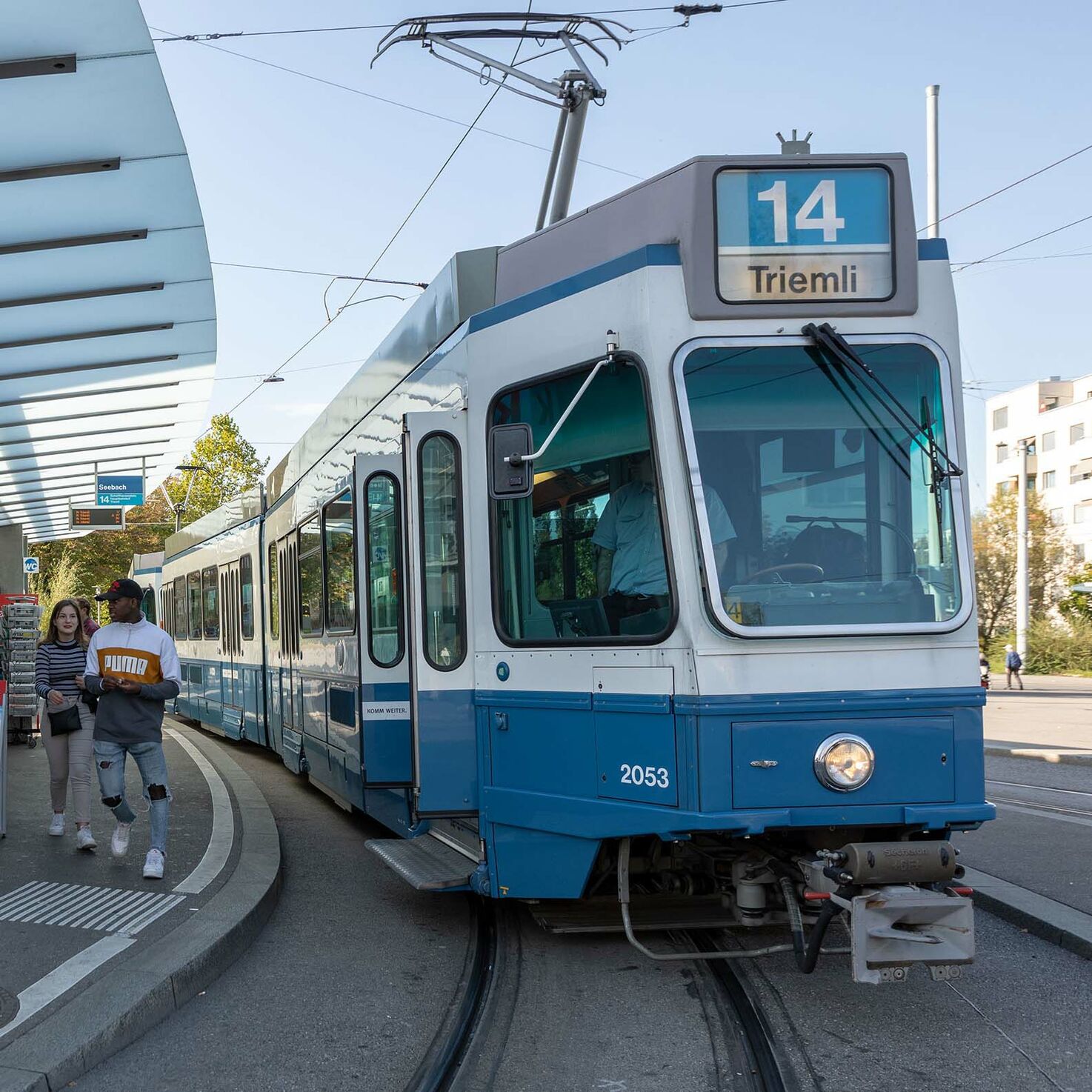 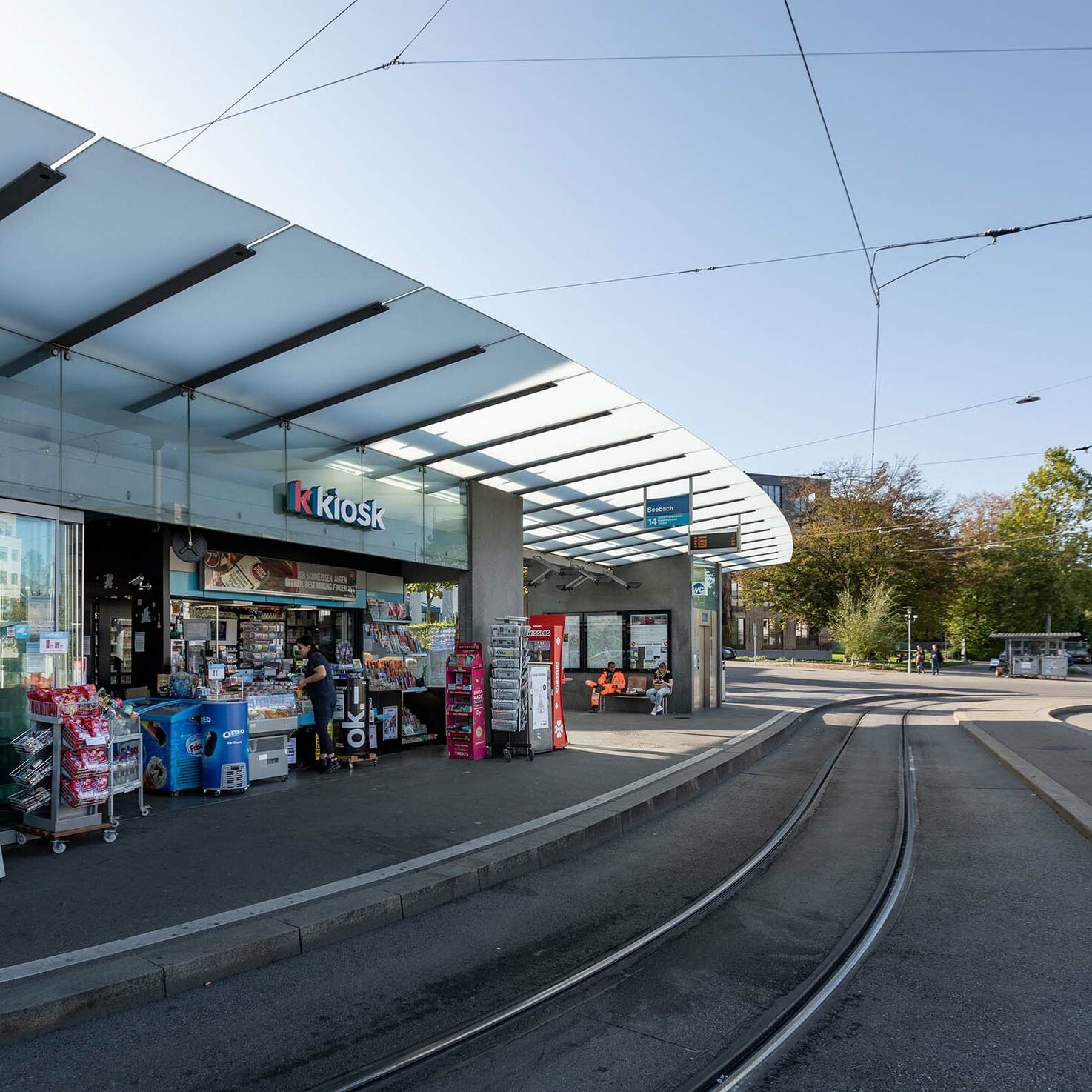 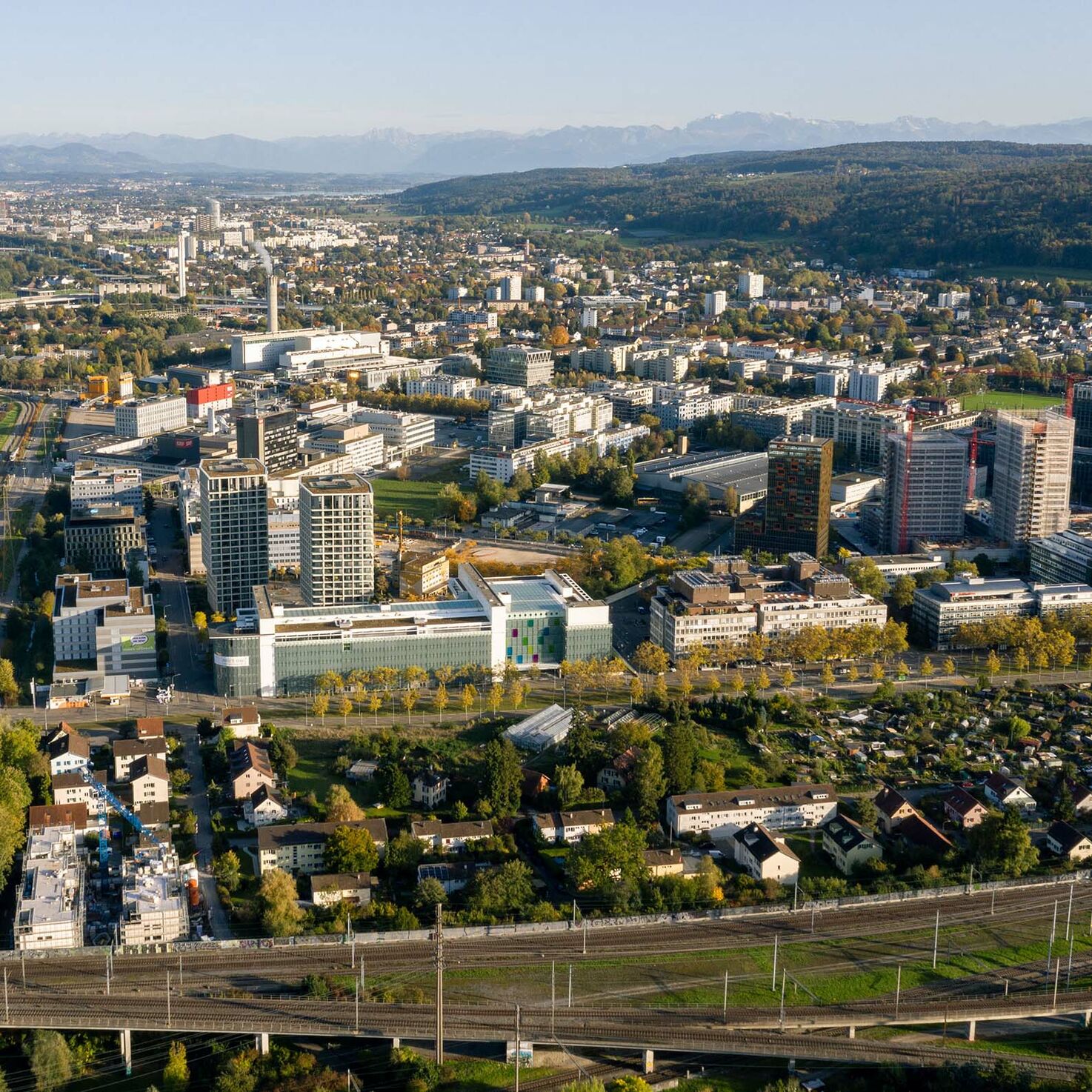 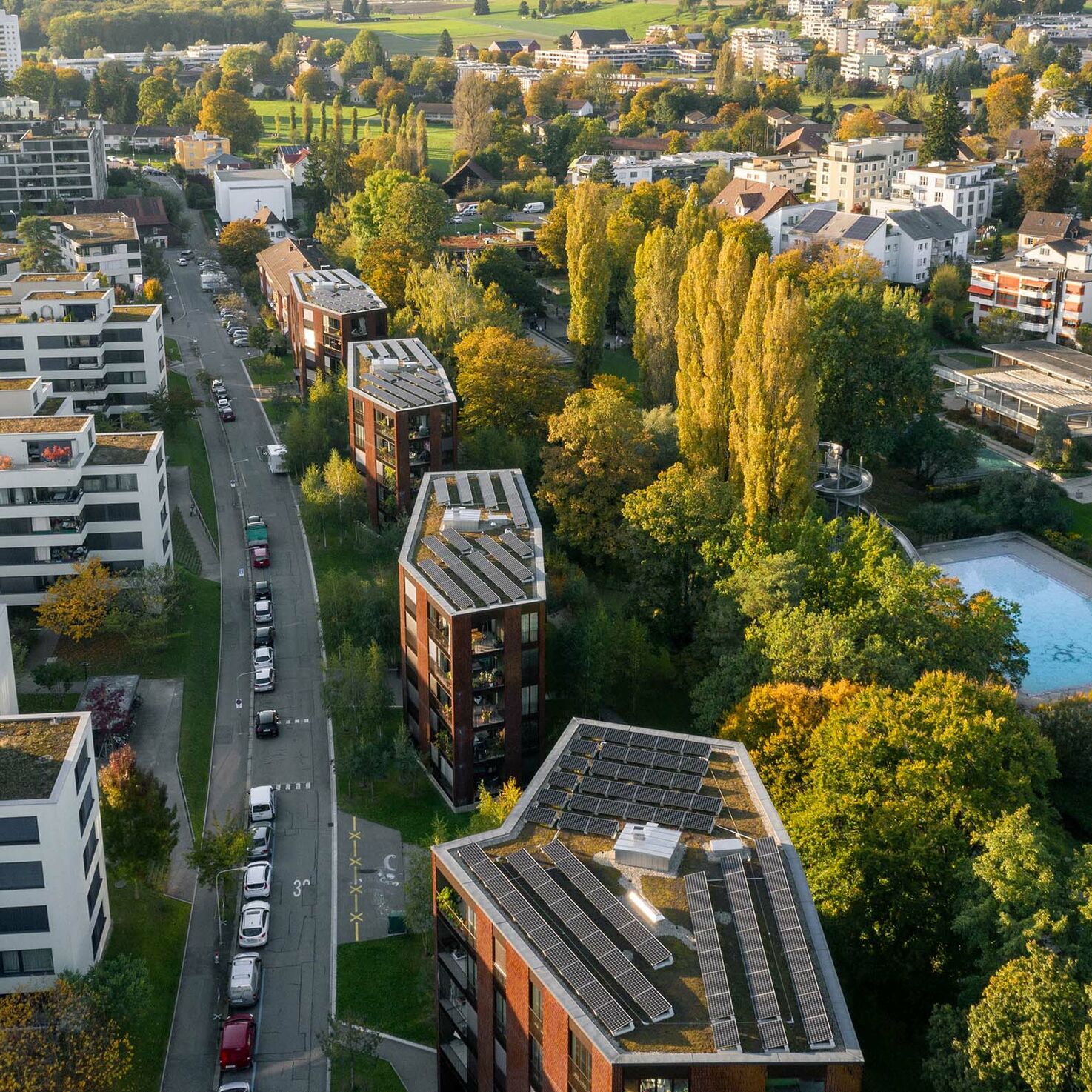 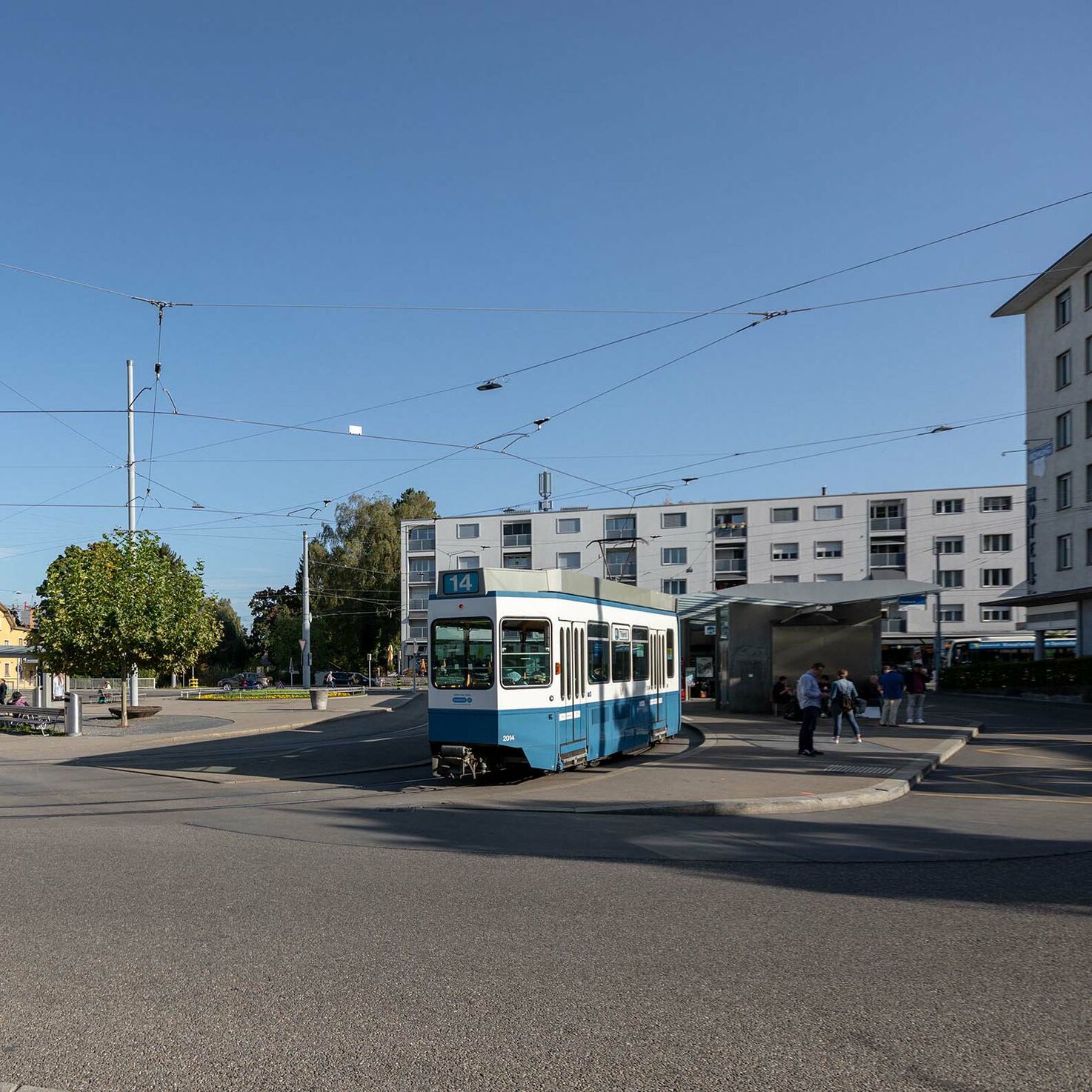 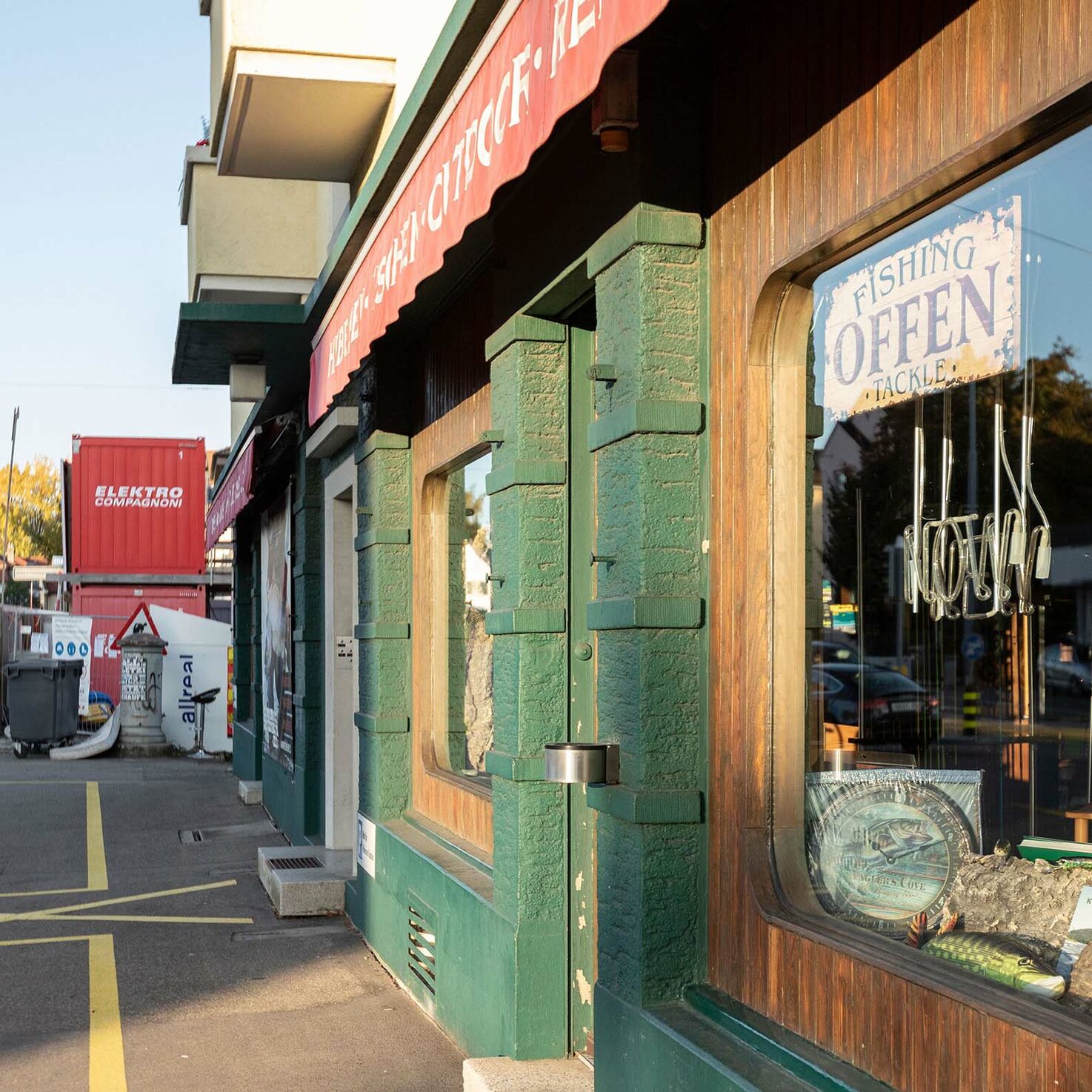 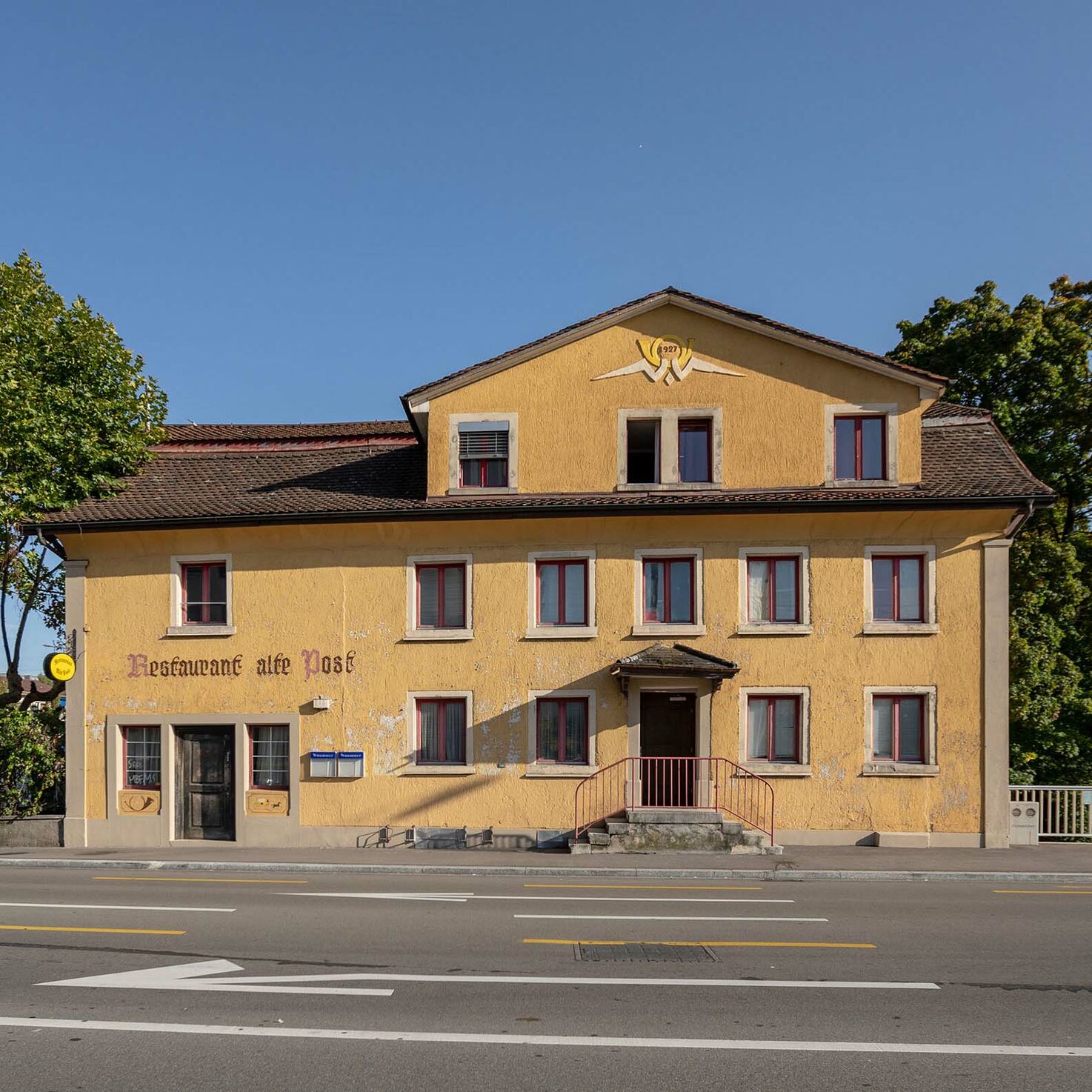 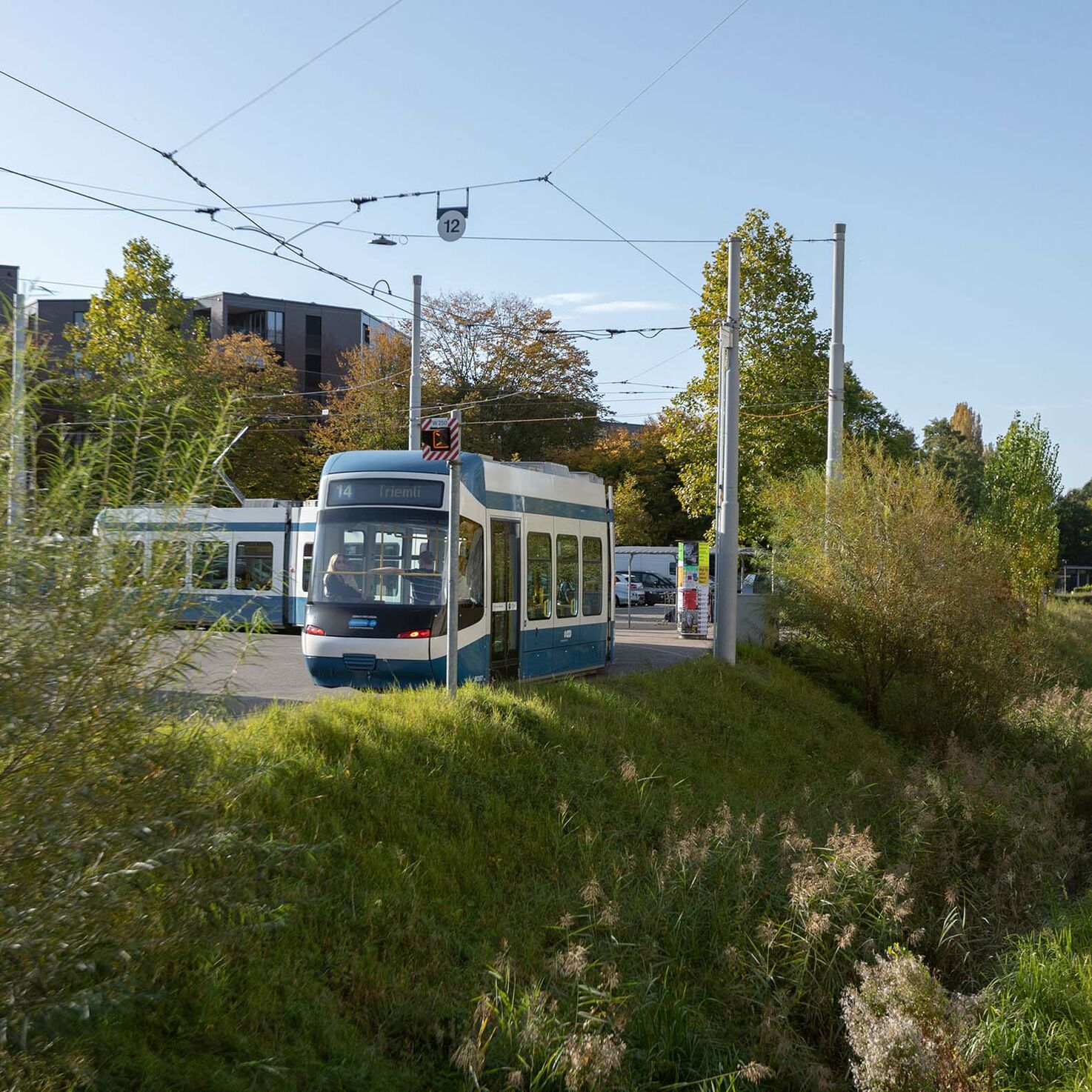 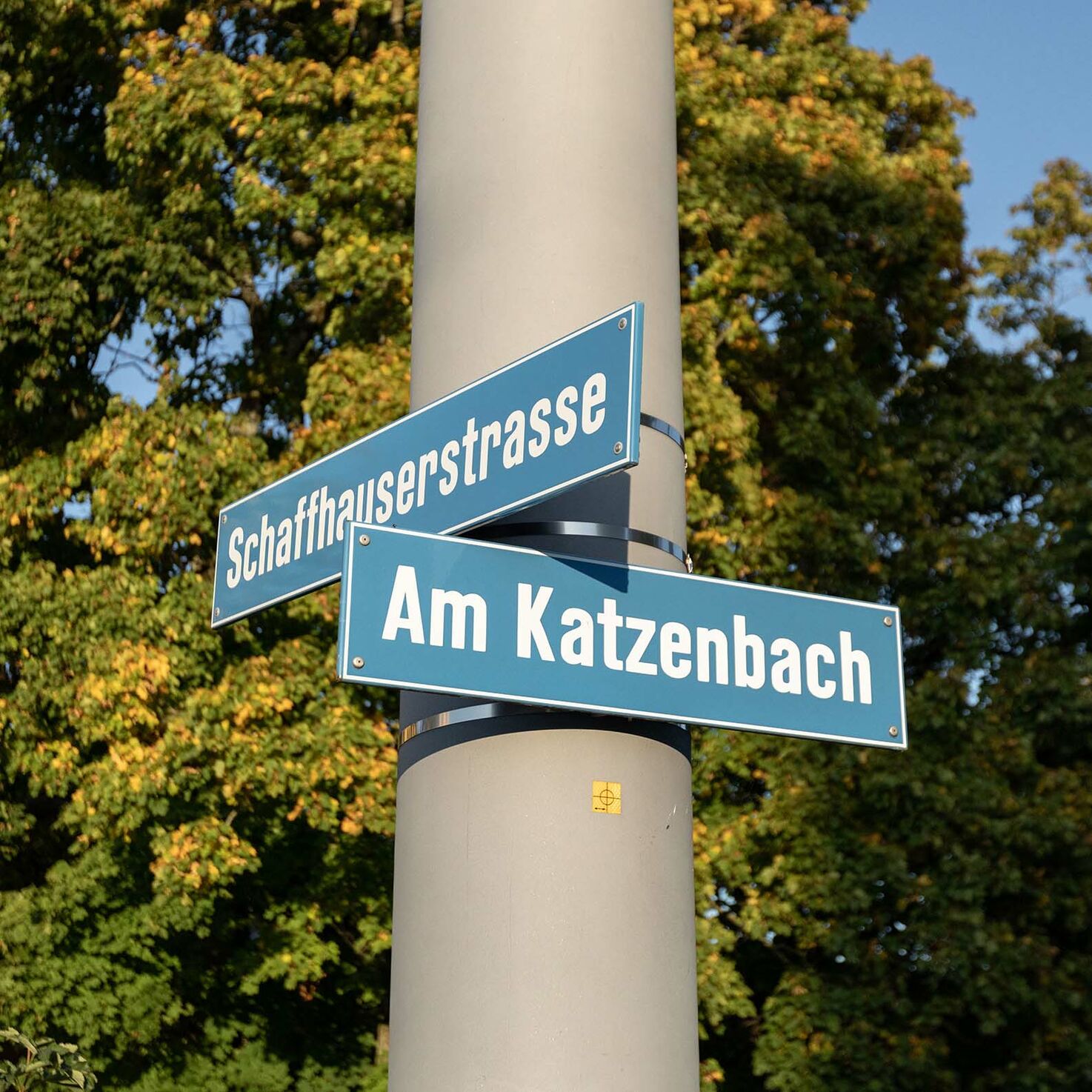 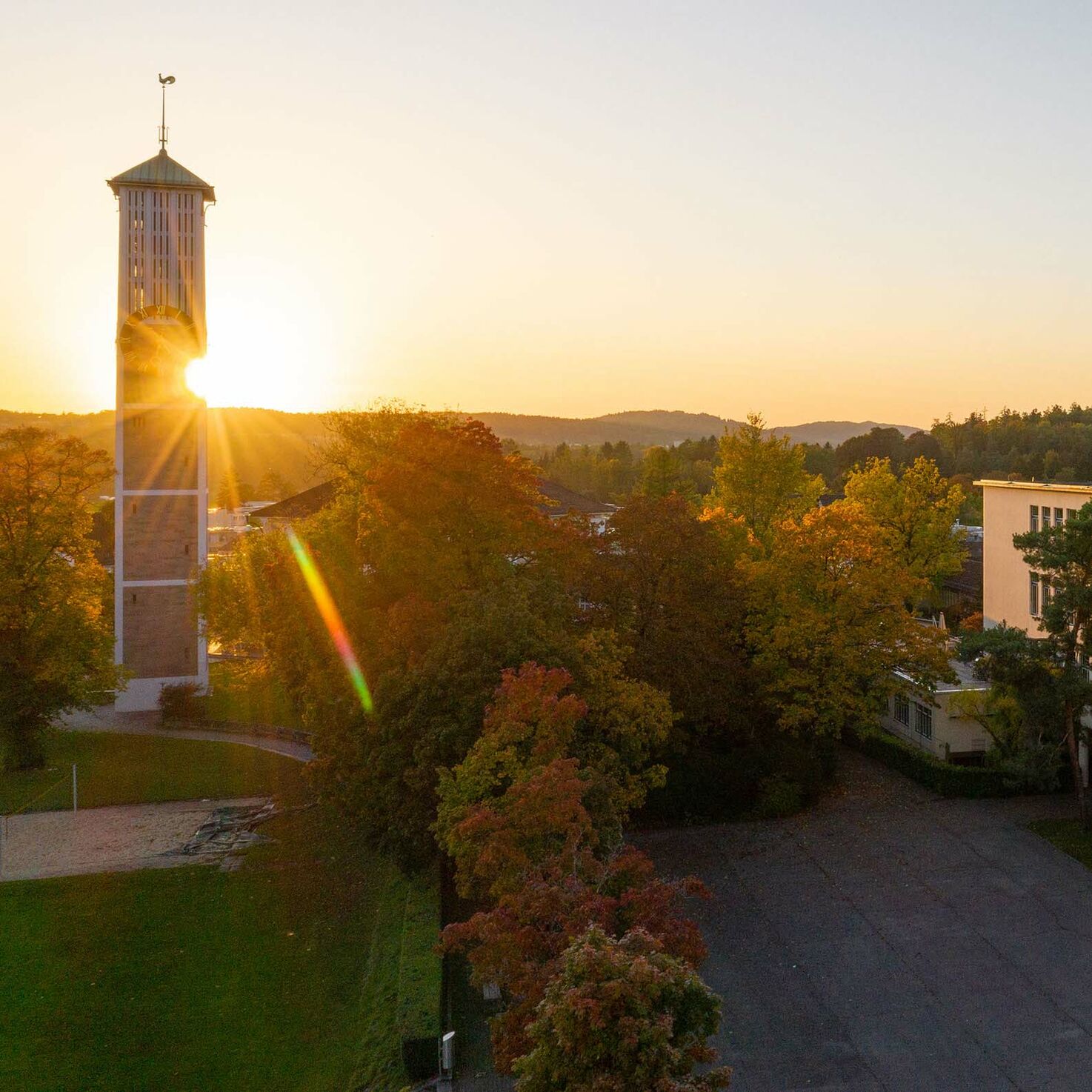 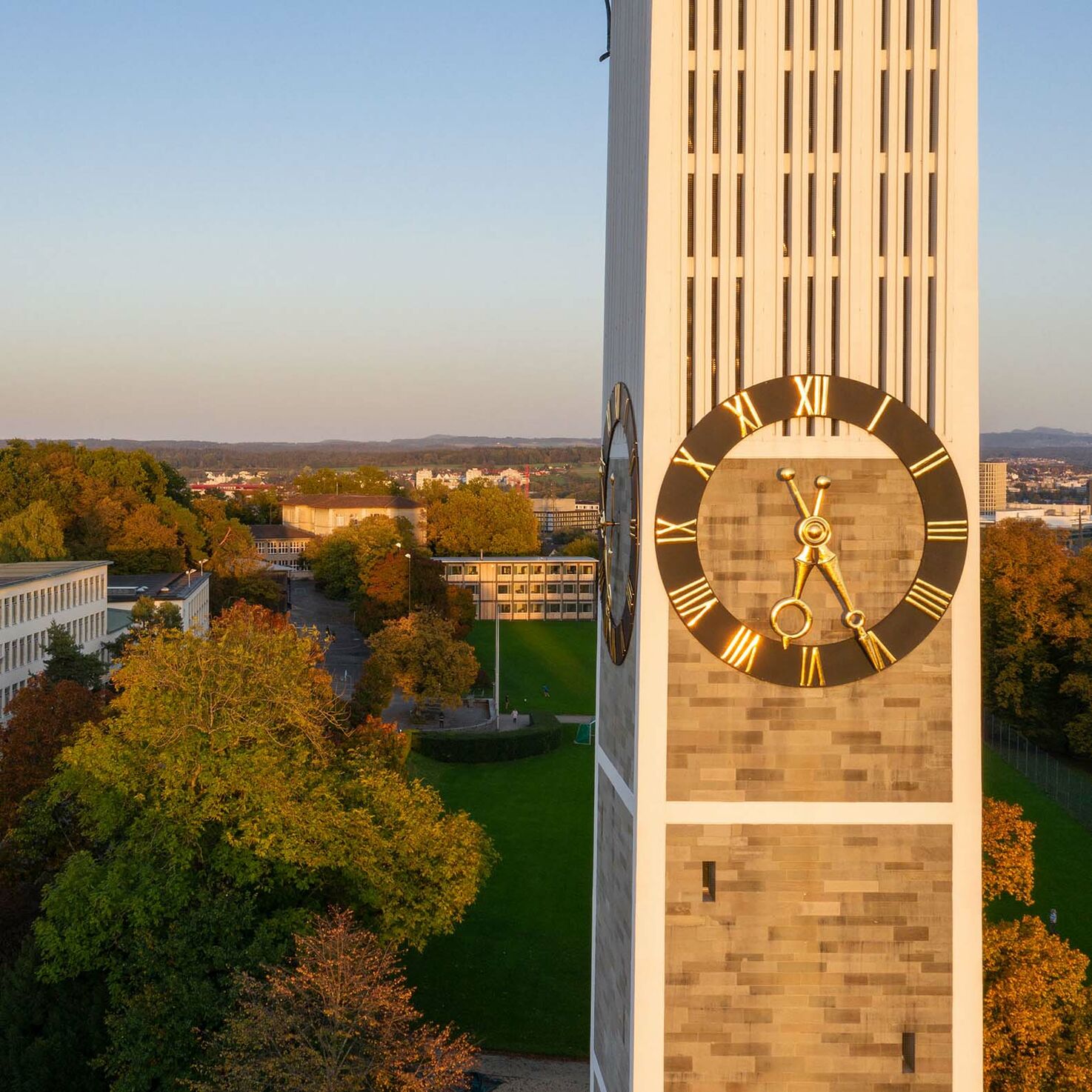 Line 14 ends in Seebach, a neighbourhood that Zurich’s residents used to love to hate. But today it has more to offer than you might think – such as a recreation area with a lake.

Seebach hasn’t always had the best reputation. In the last century, when the residents of Seebach wanted to become part of the city of Zurich, their request was refused. Zurich’s residents weren’t keen to see this poor outlying neighbourhood become part of their city. Word went around that a school in Seebach had a hundred kids in one class and that it had 34 sleazy drinking holes where you could get wine and schnapps. Rolv, one of Seebach’s current residents, recounts stories about how women used to have to drag their husbands out of the pub on pay day. That’s why wages are no longer paid in cash but by direct bank transfer.

Seebach doesn’t always get the appreciation it deserves.

It was not only Seebach’s reputation that was poor. It was also built on poor land – wet and boggy, even in the spot that now houses the beautiful open-air pool. The place was in a sorry state. Later on, this outlying neighbourhood still attracted its share of negative headlines but – like many other similar areas – Seebach doesn’t always get the appreciation it deserves.

Seebach is where famous actor Bruno Ganz grew up and lived for many years. It was also the workplace of H. R. Giger, the artist who created the special effects for the iconic Alien films, and home to Swiss broadcaster SRF. Many people think its headquarters is in Oerlikon, but it is actually in Seebach. ‘The Oerlikerhuus is also in Seebach,’ smiles Rolv, who has led tours of the area with the current head of Zurich’s justice department and former urban geographer Richard Wolff. Rolv describes a sign that used to stand at the Glattbrugg exit. At first it said Zurich with Oerlikon in brackets, but later on it was changed to Seebach.

Seebach is enclosed by the tightest bend in the Swiss railway network. Friesstrasse leads on to Schaffhauserstrasse, which runs through the entire district. Rolv says Friesstrasse is worth a visit at weekends to check out the hot rods, which people even drive over from neighbouring Aargau and Thurgau.

Seebach is a product of the ‘red Zurich’ period under a socialist government and of urban planner Albert Heinrich Steiner. After the First World War, the economy was in dire straits and many people in Zurich were forced to live in tenement buildings with unsanitary conditions. The Steiner Plan aimed to improve the lives of Zurich’s inhabitants and allow them to grow their own food by stipulating that every garden should have two fruit trees. The housing associations that sprang up in the 1930s erected residential buildings in accordance with the Steiner Plan, and they are still building new housing today.

Every 30 years the housing stock has to be updated to ensure it meets people’s changing needs. The buildings are rebuilt from scratch as it’s cheaper than renovating them. ‘The city needs more housing because it needs more taxpayers,’ says Rolv, adding that social responsibility doesn’t come cheap. Over the next few years, all the housing association buildings will be completely replaced.

Seebach is a product of the ‘red Zurich’ period.

The area around Katzenbach – at seven kilometres, the longest uncovered stream in the city of Zurich – was upgraded 20 years ago as part of the district’s ongoing development. This involved replacing the lights and building steps down to the water. The water in the Katzenbach comes from a nearby lake, the Katzensee. The stream was previously called the Seebach, which gave the neighbourhood its name. Today it transports water from various drainage pipes in the area. Seebach is adorned with a sculpture from the 1964 National Exhibition – apparently no one knew what else to do with it.

Katzenbach is the longest uncovered stream in the city of Zurich.

People come from miles around to take a walk along the Katzenbach, visit the Katzensee or swim in the beautiful outdoor pool. The water is always between 24 and 26 degrees because of its proximity to the Hagenholz waste heat power plant.

The Buhnrain school building is an eye-catching piece of modern architecture built in the style of master architect Le Corbusier. It was one of the first concrete buildings of its kind in the whole of Switzerland.

A special feature of Seebach is the Flarzhäuser, workers’ cottages built in a distinctive local style. In the last century, local people had the right to graze their animals on the common land and everyone was allowed to own a cow. But when the common land gradually became over-grazed, a ban was placed on building new houses. The locals got around this by building on to their existing houses.

When you drive into Seebach, you notice another building that doesn’t quite seem to fit into its surroundings. It’s a nice building, but it’s rather run-down. Apparently it used to be a bank in downtown Zurich, but it was dismantled stone by stone and moved to Seebach. Why? Rolv doesn’t know either.

Seebach also has an elephant house. In 1928 the local council opened a zoo, complete with elephants, crocodiles and big cats. There was just one problem – it had no idea how to run a zoo. Sadly, one day an elephant is said to have wandered onto the railway tracks and been hit by a train. It was then left to Mr Berchtold, the local butcher, to deal with the poor animal.

The number 14 tram runs between Triemli and Seebach. The journey takes around 41 minutes. For the timetable click here.