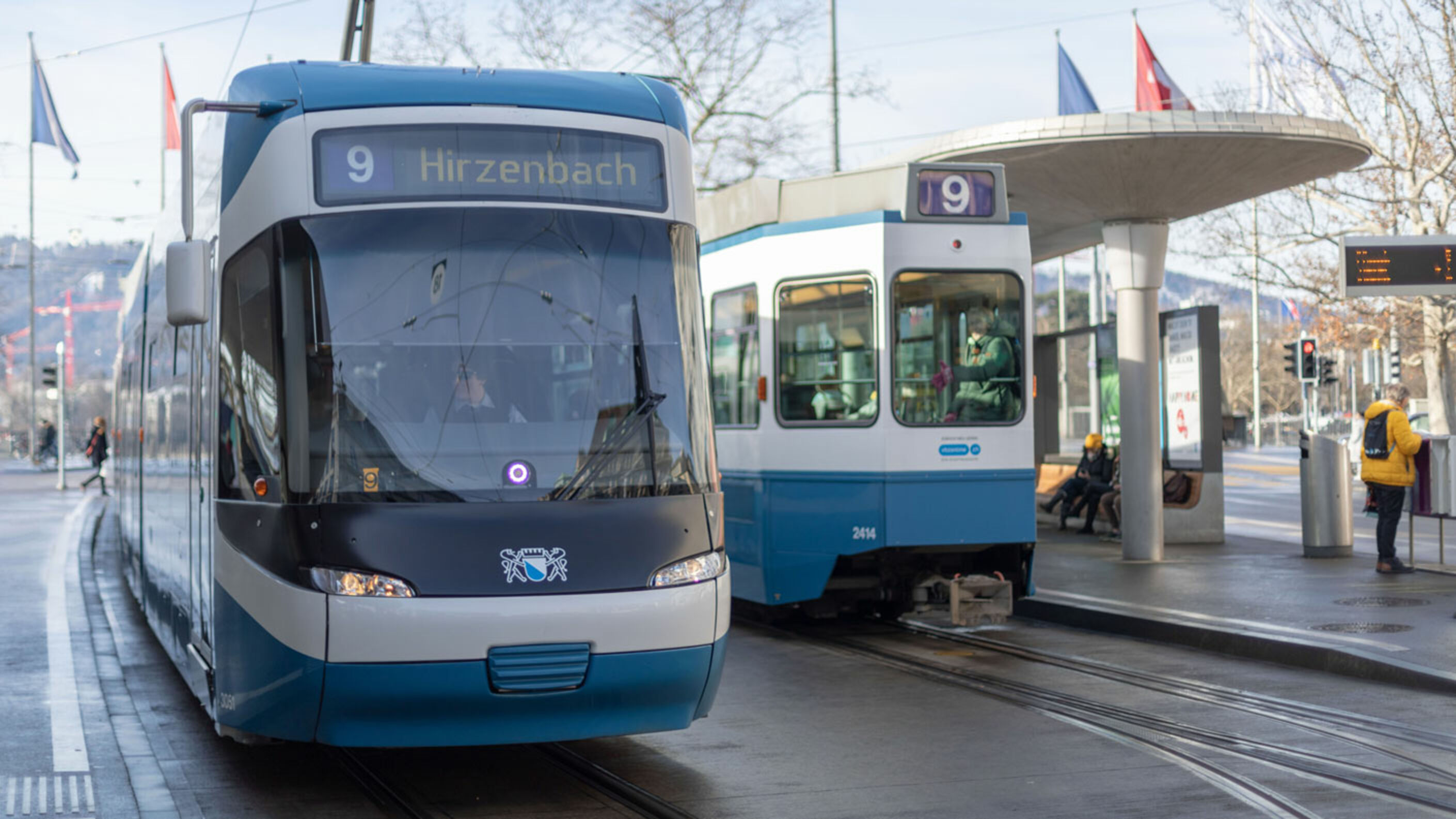 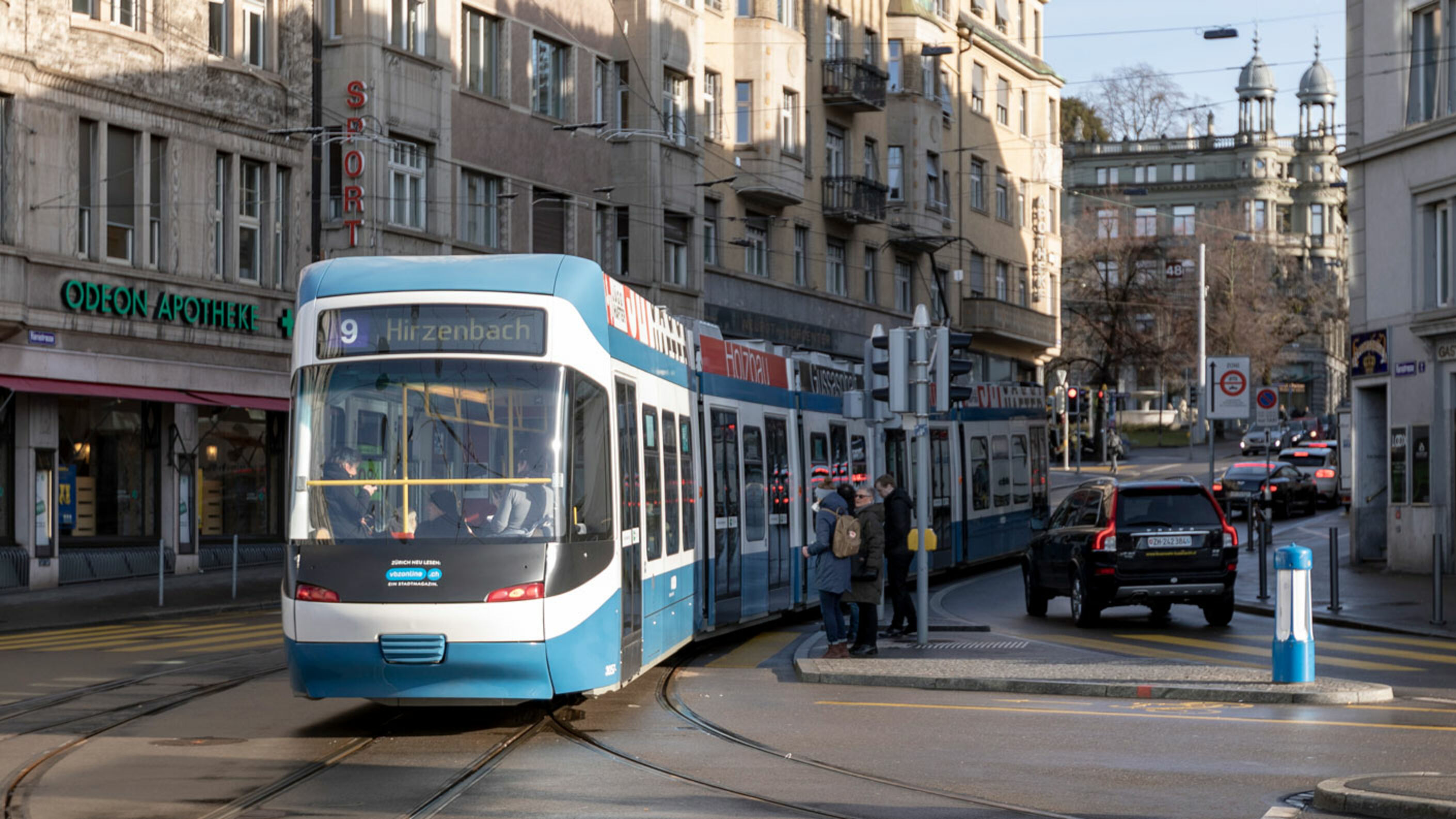 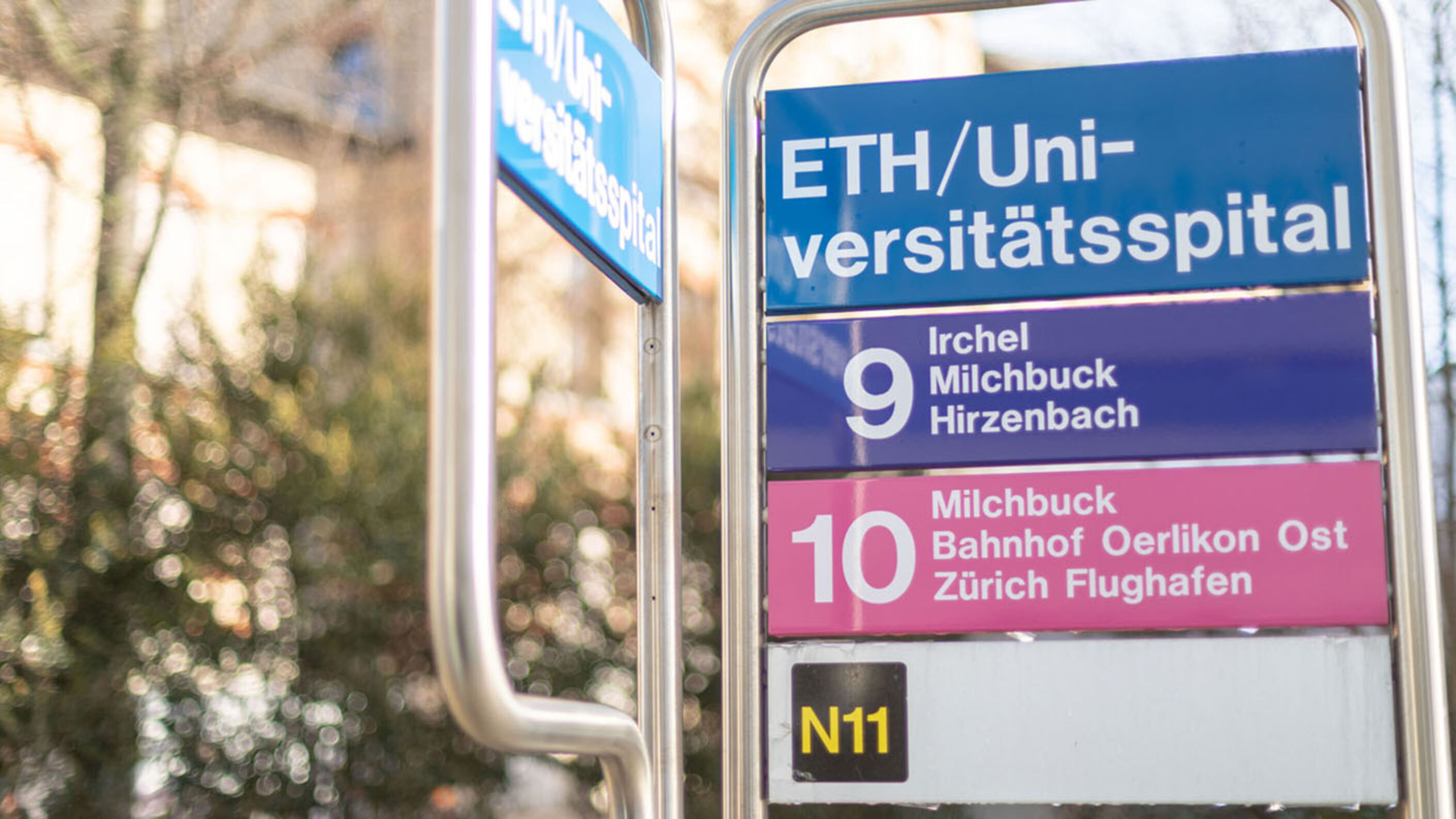 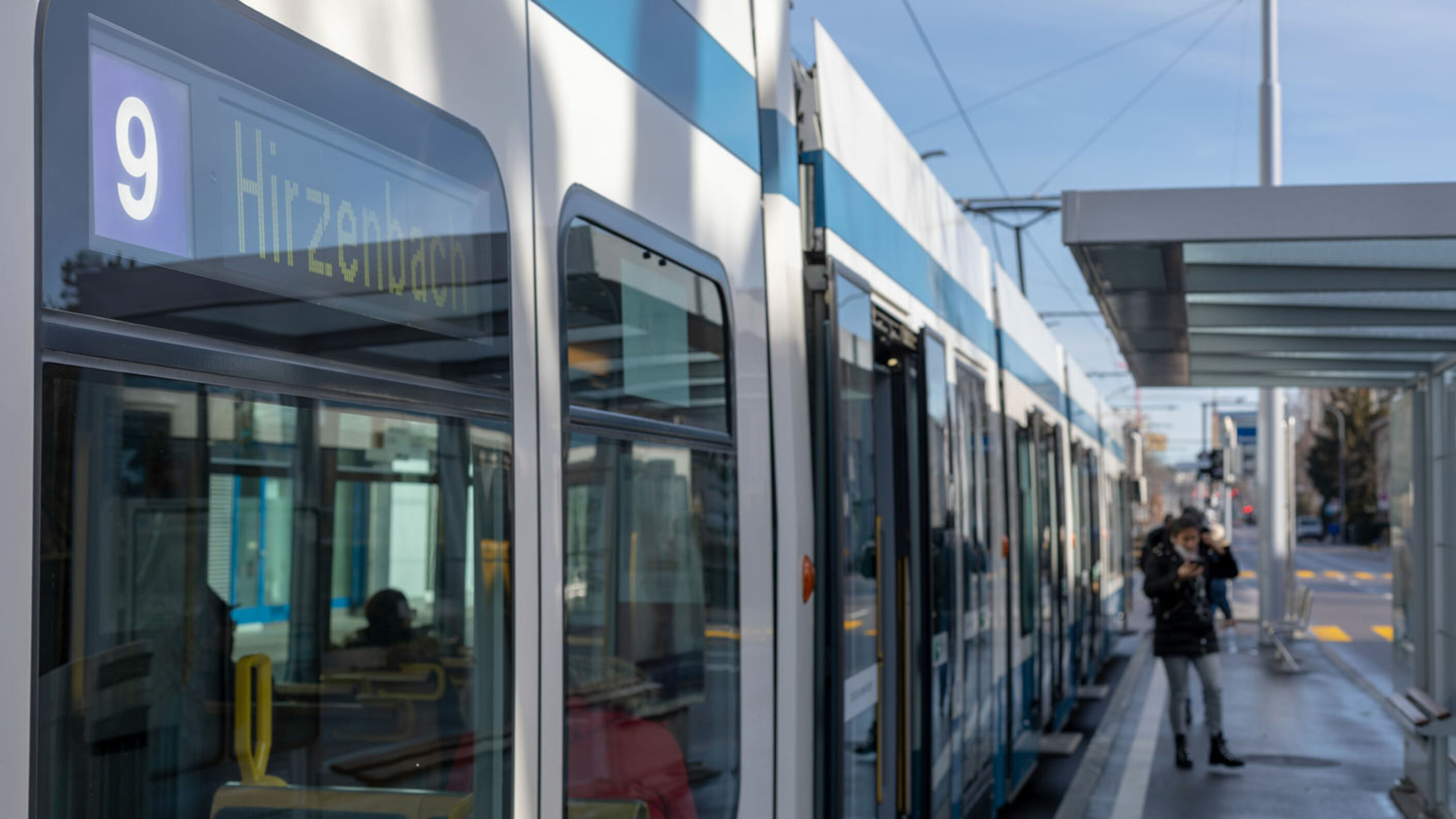 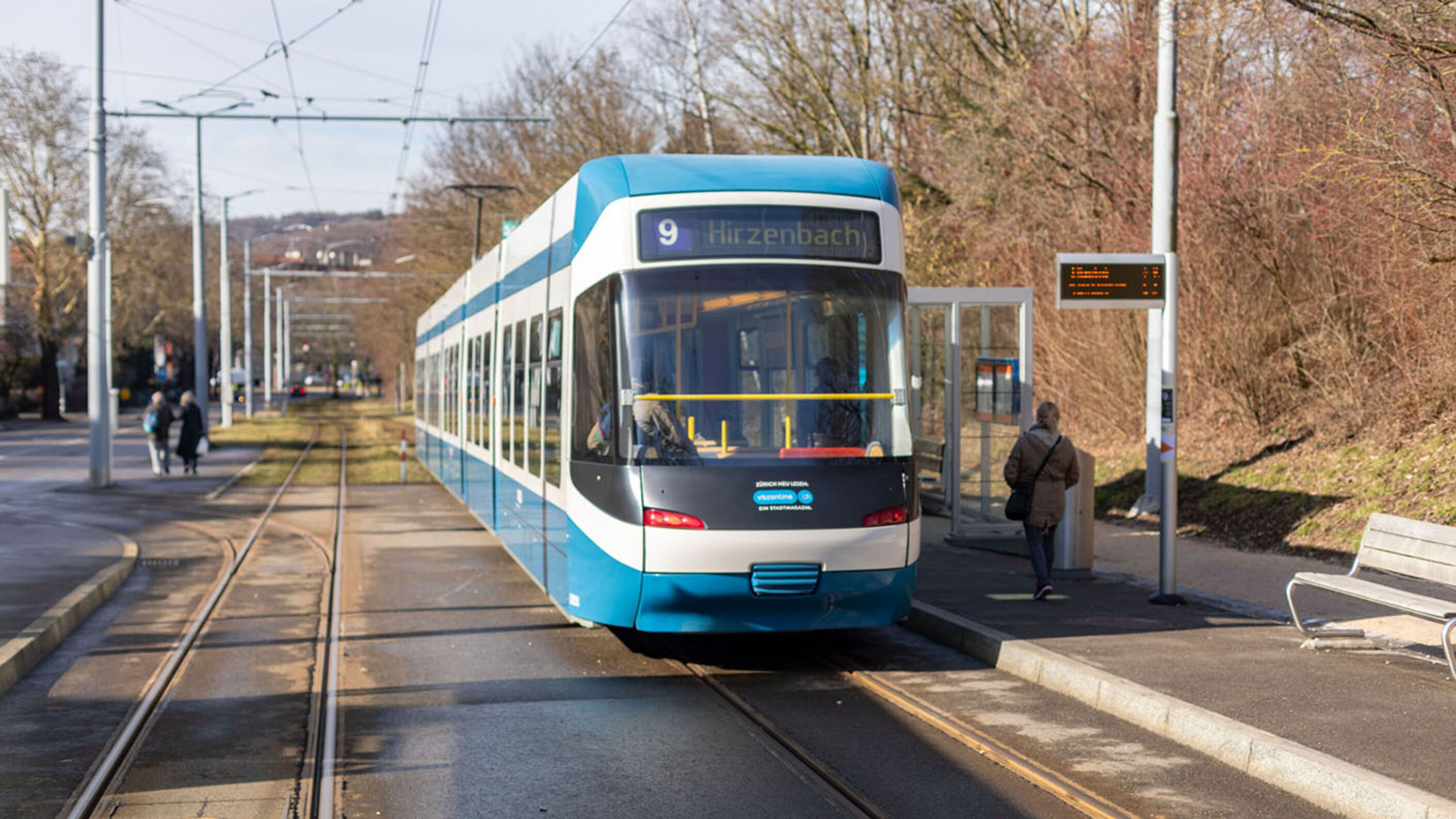 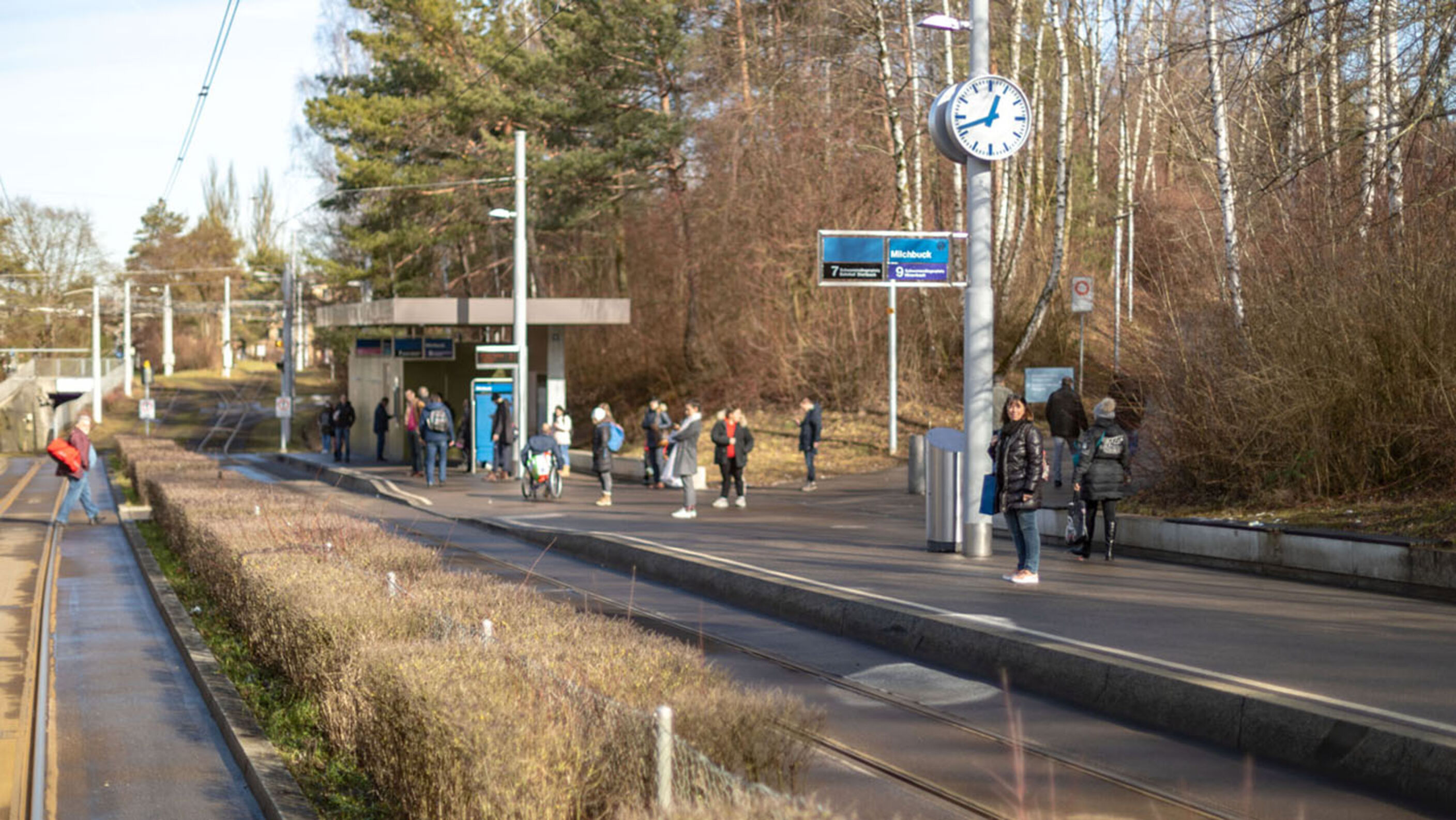 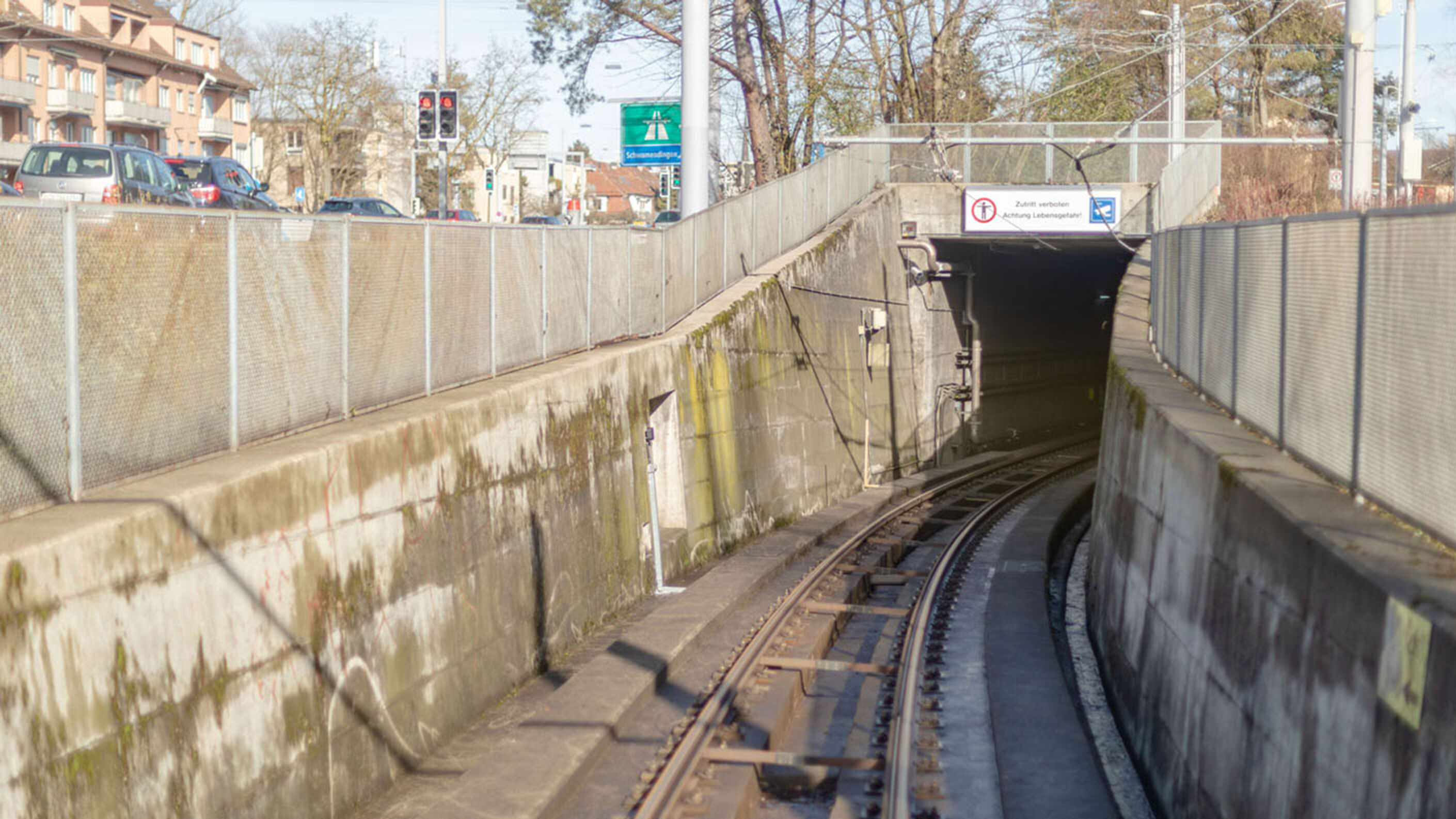 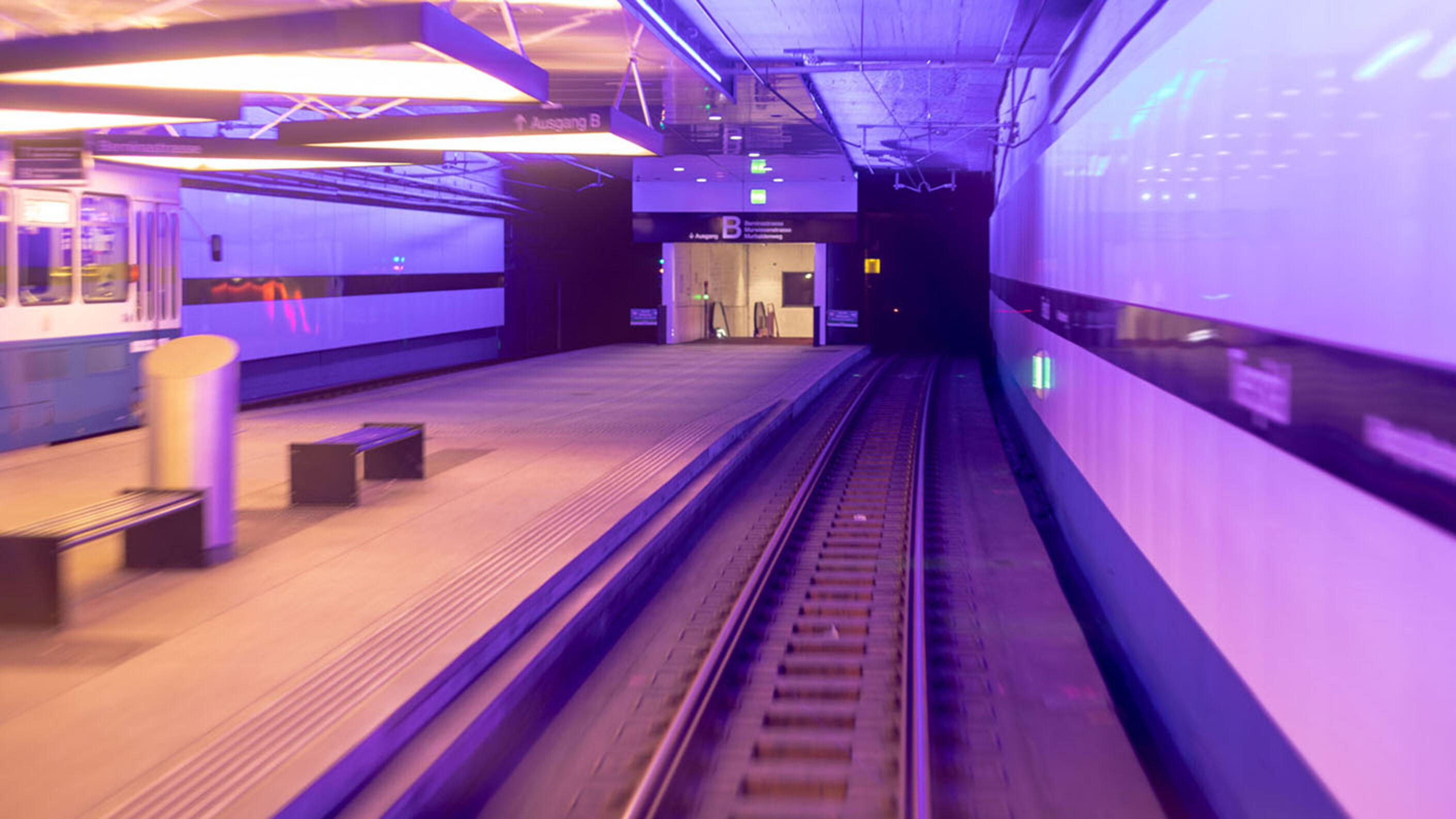 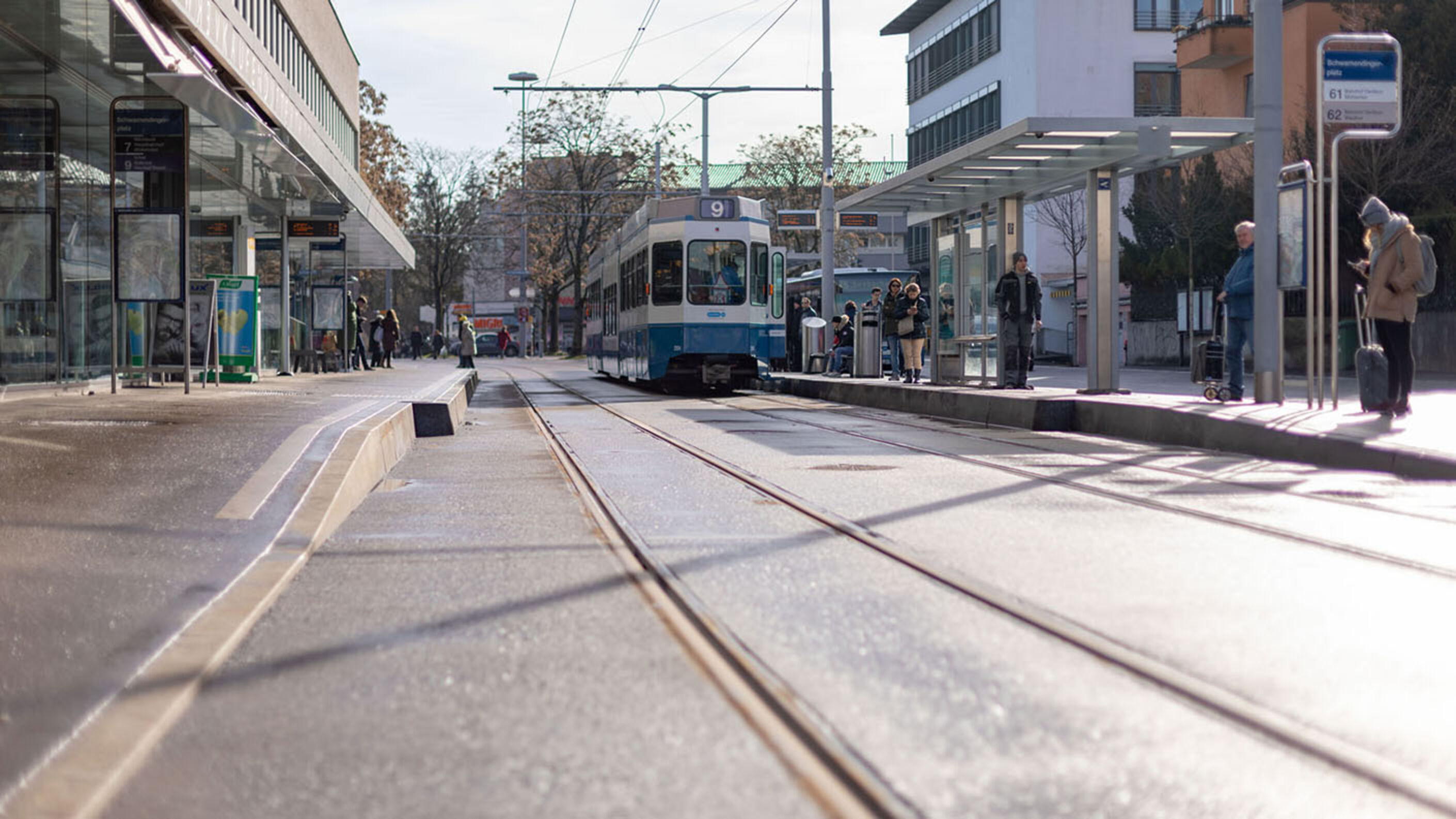 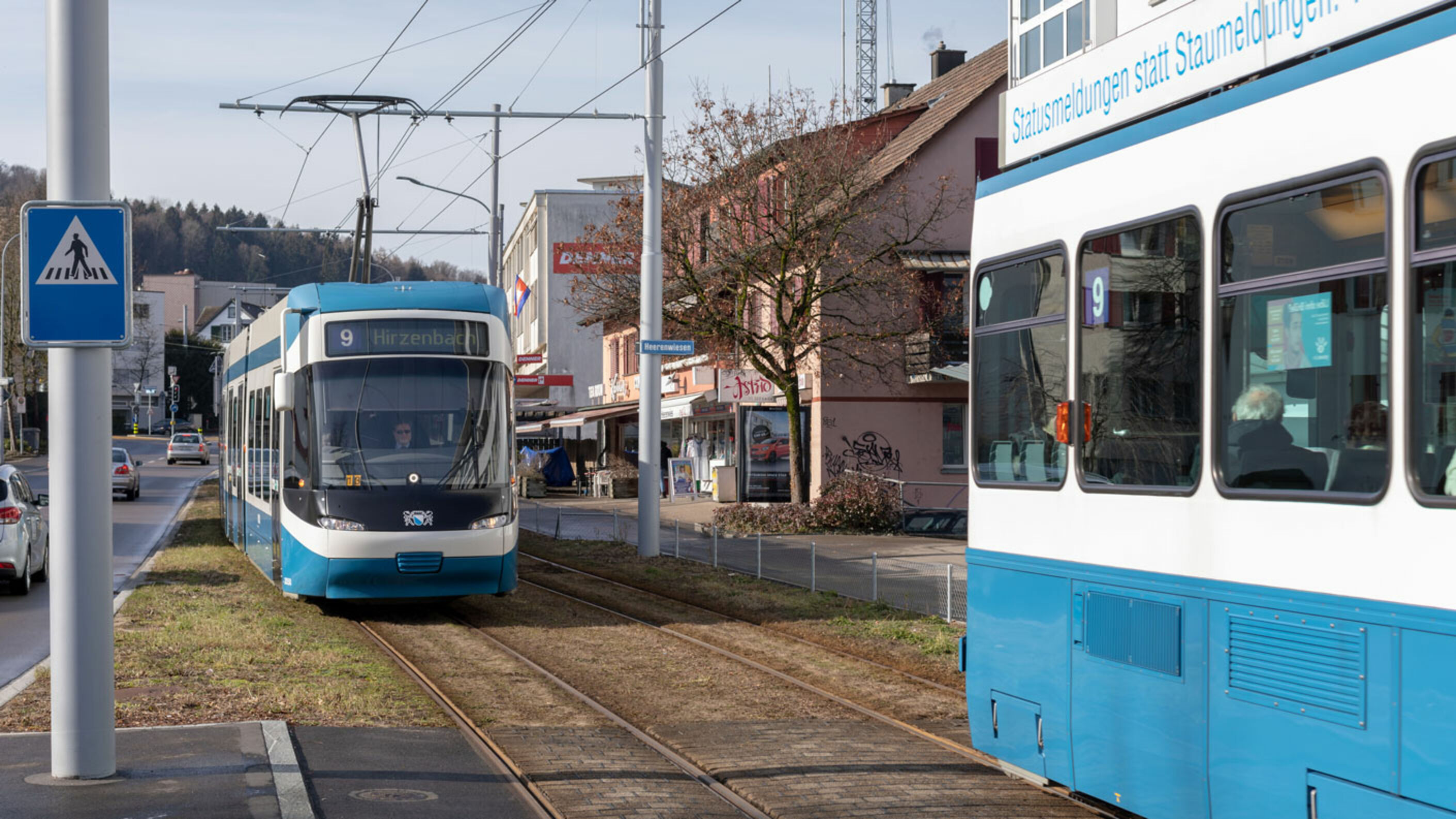 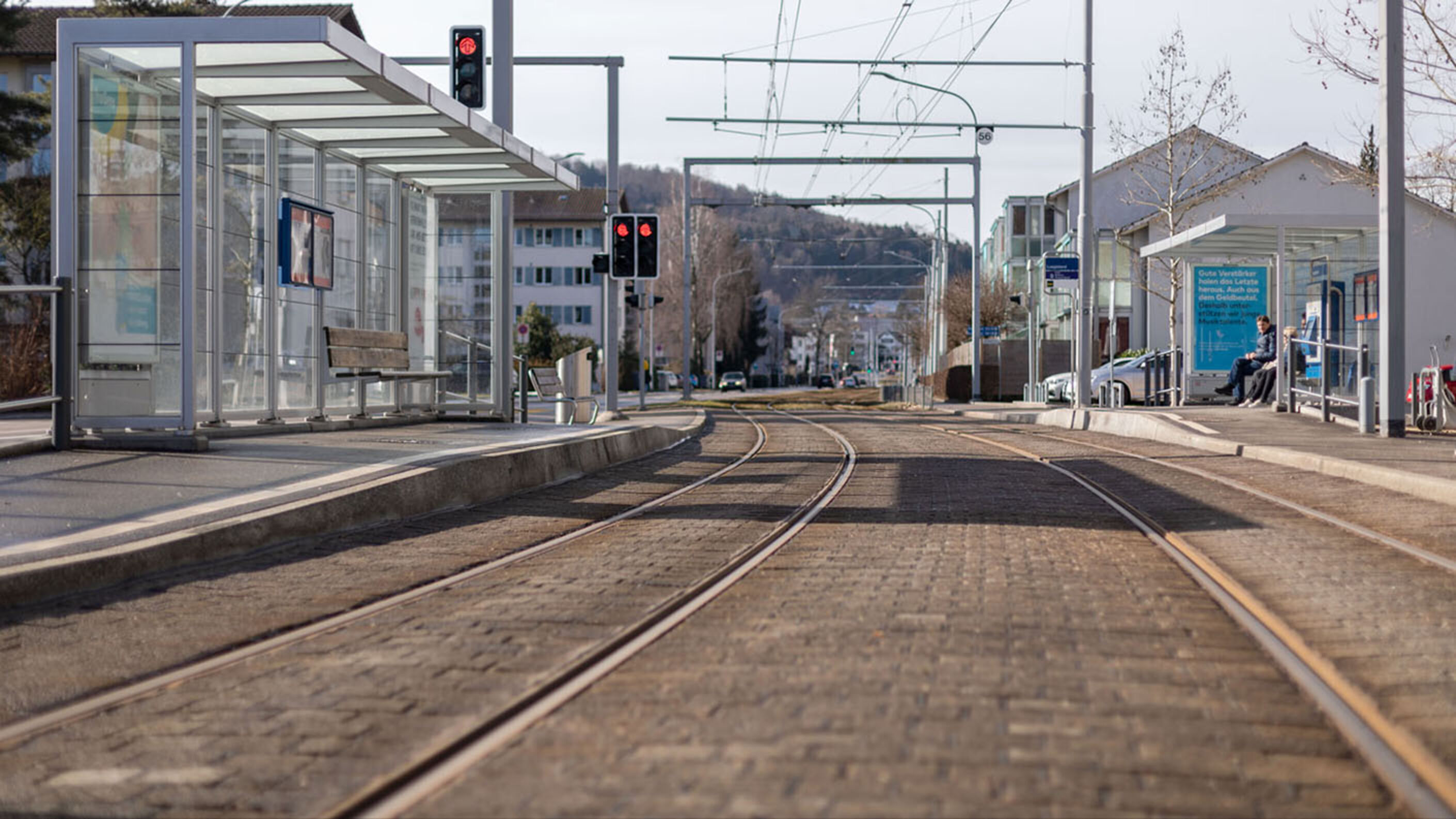 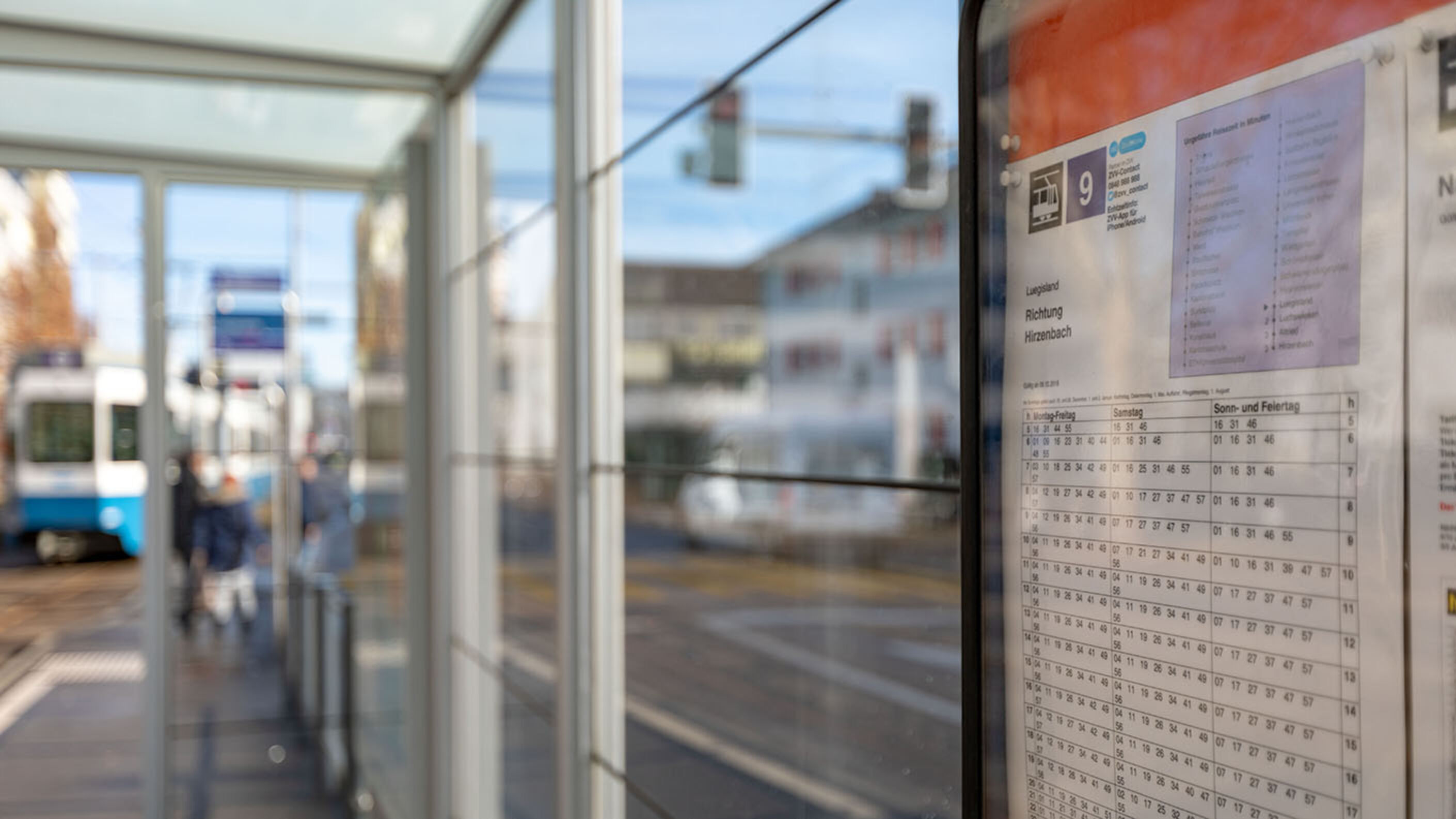 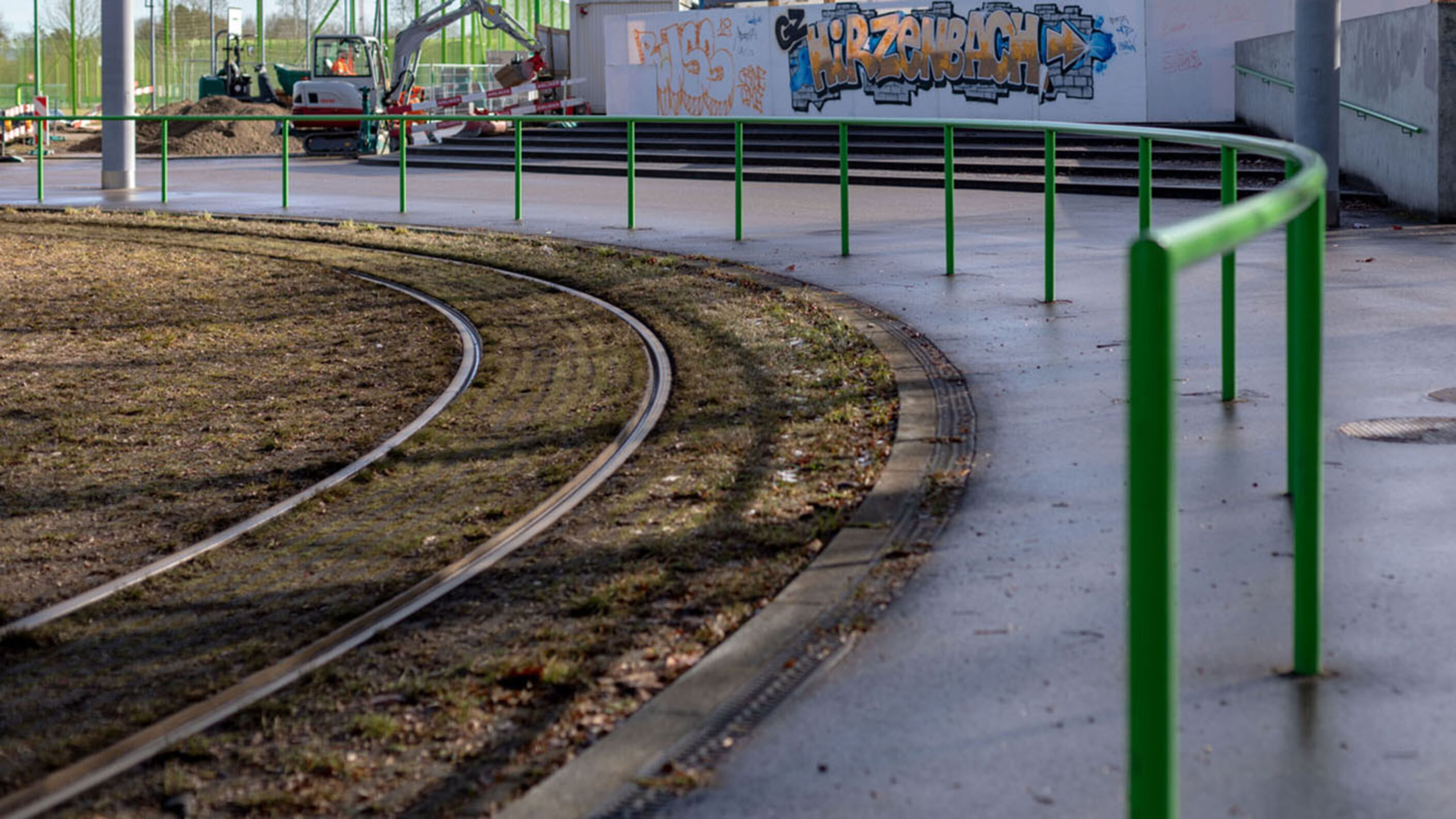 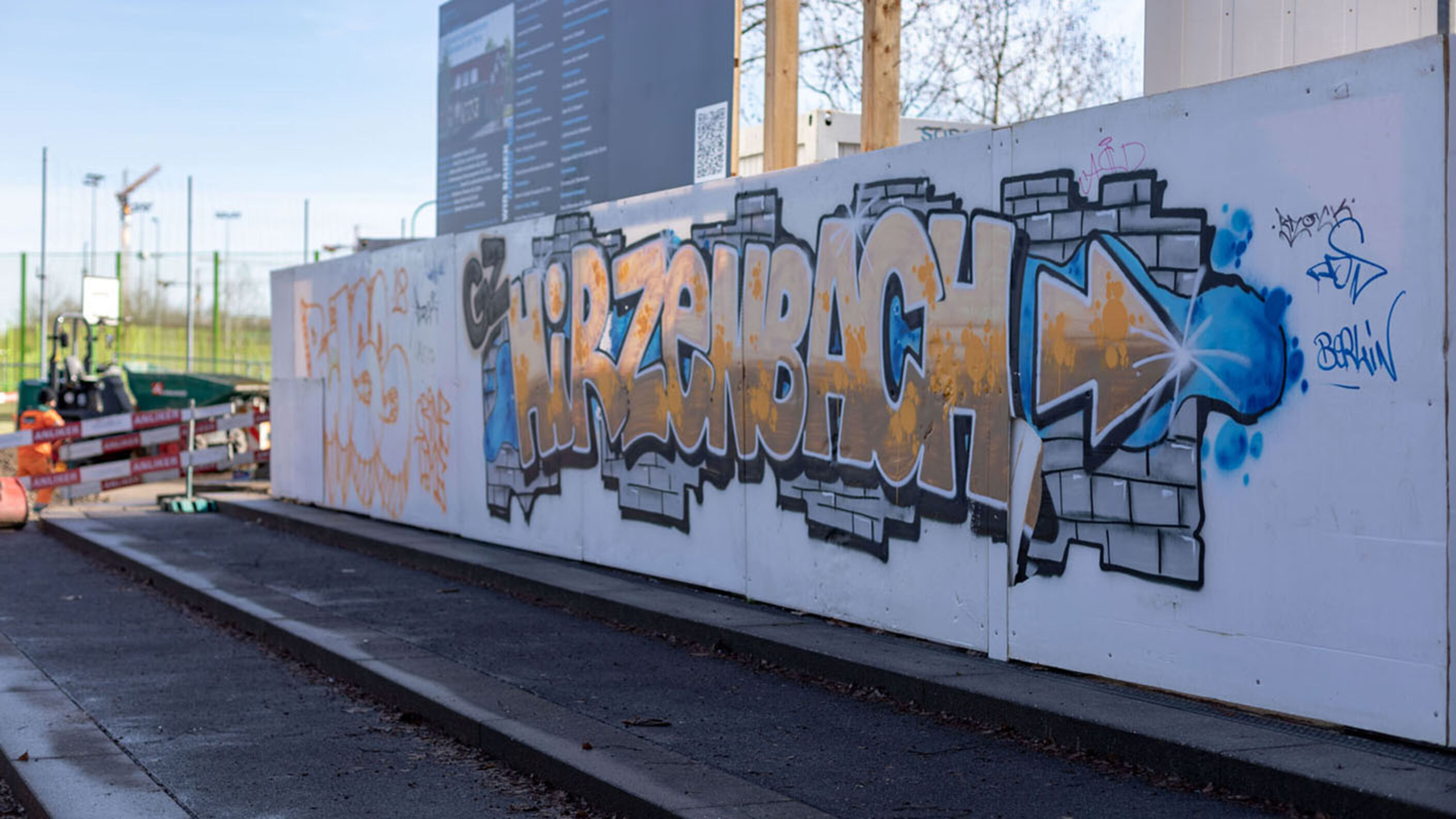 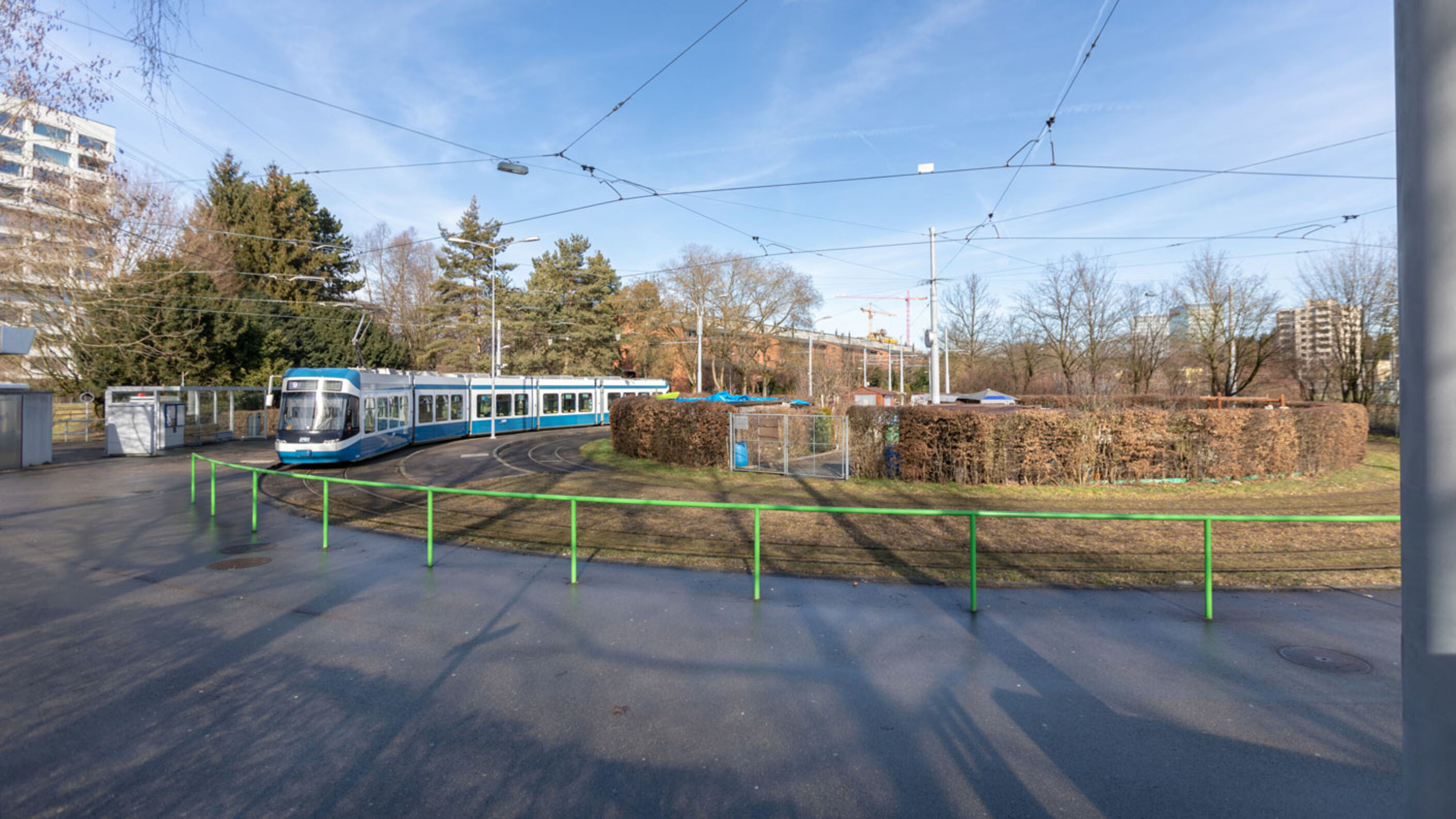 The violet line leads to Hirzenbach – one of the city’s unknown terminuses. The tram heads towards Schwamendingen via Aussersihl – a former workers’ neighbourhood – and on through bustling Bellevue.  Like so many previously unfashionable districts, Schwamendingen is now becoming a target for gentrification.

Once you see the large furniture stores, you know you’re a long way out of the city centre.  Tram number 9 chugs along through housing estates where you’re actually surprised to see a tram, and finally comes to a halt in Hirzenbach.

Part of Schwamendingen, Hirzenbach is located in the triangle between Schwamendingerplatz, Stettbach railway station in Dübendorf and Glattzentrum shopping centre in Wallisellen.  The local community centre, GZ Hirzenbach, is just behind the tram stop. A little stream flows past it. One of the youth workers jokingly calls it the ‘ghetto stream’, adding on a more serious note that ‘it’s always full of rubbish and has to be cleaned out regularly.’

Helen-Keller-Strasse runs next to the stream. It is named after the American writer whose family is said to come from Schwamendingen. Keller had an eventful life. She lost her sight and hearing when she was very young, but this did not prevent her graduating from university and becoming an author who campaigned on social issues.

Some of Hirzenbach’s residents live in detached houses between Stettbach railway station and Schwamendingen. This is the more affluent area, while the rest of the neighbourhood is mainly made up of housing association residents who have lived here all their lives, and migrants, mainly from Southern Europe and Africa.

According to the youth worker, the Heerenschürli football pitches in Hirzenbach are where locals and migrants congregate.

Statistically, this is Zurich’s poorest district. It has a high proportion of children and teenagers, a trend that is set to increase. They all seem to love playing football. According to the youth worker, the Heerenschürli football pitches in Hirzenbach are where locals and migrants congregate. The derby between FC Schwamendingen and FC Polizei-Oerlikon even made the headlines in Switzerland’s biggest daily newspaper because the fans set off pyrotechnics during the match, something that had never happened before in the lower leagues.

Over the next few years, the plan is to build a new training centre for professional footballers on the site, along with the new FCZ office.

Heerenschürli trains all the juniors from FC Schwamendigen and, most notably, FC Zurich. Over the next few years, the plan is to build a new training centre for professional footballers on the site, along with the new FCZ office. The Rodriguez brothers, professional footballers who grew up in Schwamendingen, could be great role models for the local kids. Behind the football pitches there is a sports canteen and a baseball field with a small stand.

Like so many of Zurich’s neighbourhoods, Schwamendingen can’t escape the march of urban renewal. The neighbourhood is changing, and 4,000 new residents are expected to move to Hirzenbach in the next 10 to 15 years, despite the fact that property prices and rents are set to rise.  The housing association’s apartments and houses will no longer be renovated, but replaced by new buildings, partly because people now want larger homes with more modern facilities and infrastructure.

But the higher rents will drive out people who currently live in an outlying district like Schwamendingen because they can’t afford to live in the city centre.

But the higher rents will drive out people who currently live in an outlying district like Schwamendingen because they can’t afford to live in the city centre. They might have to start looking for a new home, perhaps in Wallisellen, Dübendorf or Glattbrugg.

The district is becoming increasingly popular with artists – another sign of encroaching gentrification. An exhibition entitled Der Neue Norden – the New North – reveals their perceptions of Hirzenbach.

But Hirzenbach still has a family atmosphere. In the summer, residents meet in the park between the community centre and two tower blocks.

In nearby Auzelg – also a tram terminus – artists and designers have moved into former housing for the unemployed. Hirzenbach now has its own art gallery – after all, Schwamendigen needs to be attractive for people from the city.

But Hirzenbach still has a family atmosphere. In the summer, residents meet in the park between the community centre and two tower blocks. The youth worker calls it ‘the people’s park’. He says families get together at the park’s many public barbecue spots, it’s ‘lovely and peaceful’.

Otherwise the teenagers hang out on a long bench by the football pitches, or at Oerlikon railway station. Meanwhile the adults meet up at the Coop or in the church café. Hirzenbach is home to lots of local characters, and even more live around Schwamendingerplatz. They still sit together and chat – until such time as gentrification drives them away.

It takes 43 minutes to travel from Heuried to Hirzenbach on the number 9 tram. For the timetable click here.