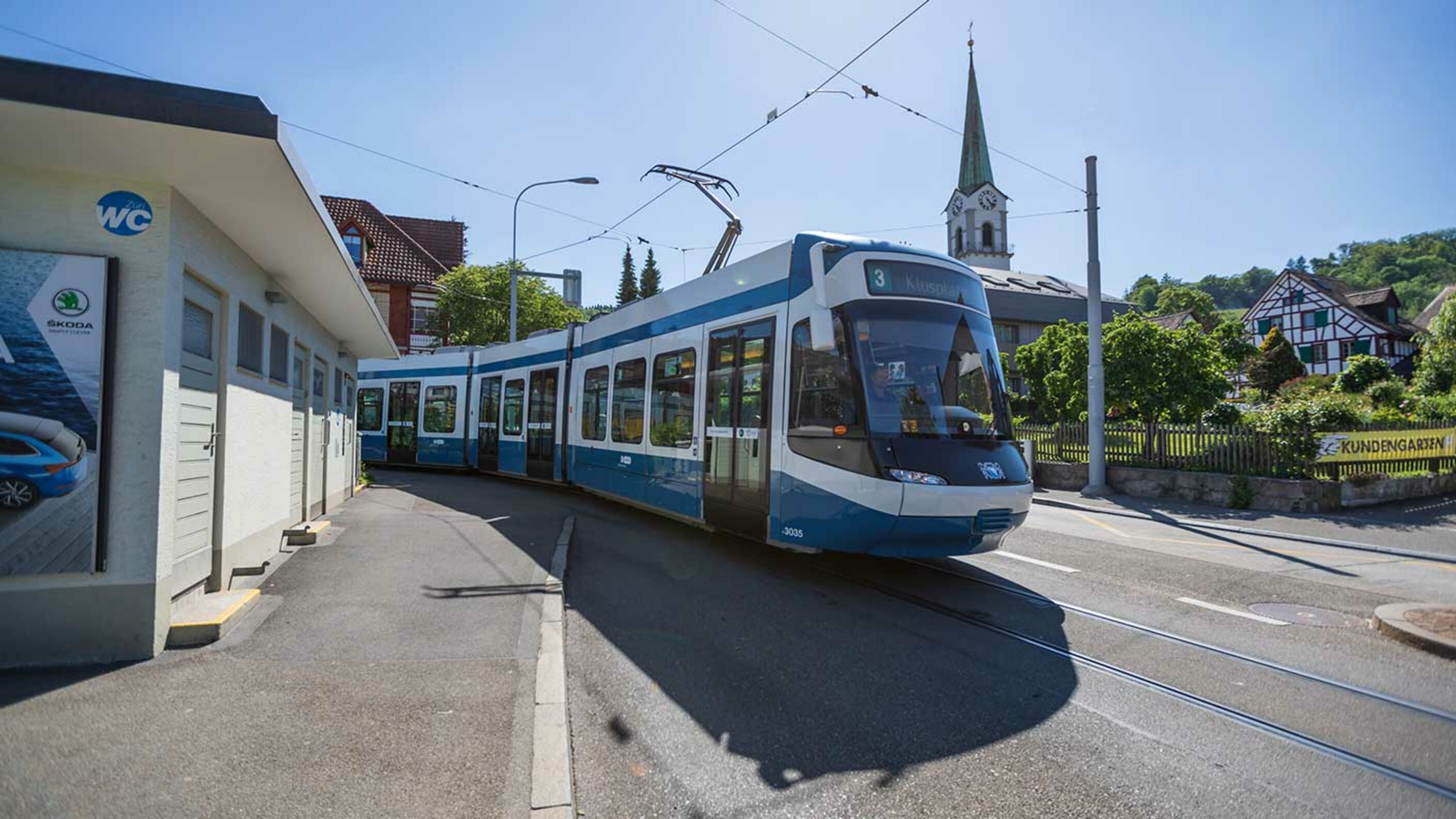 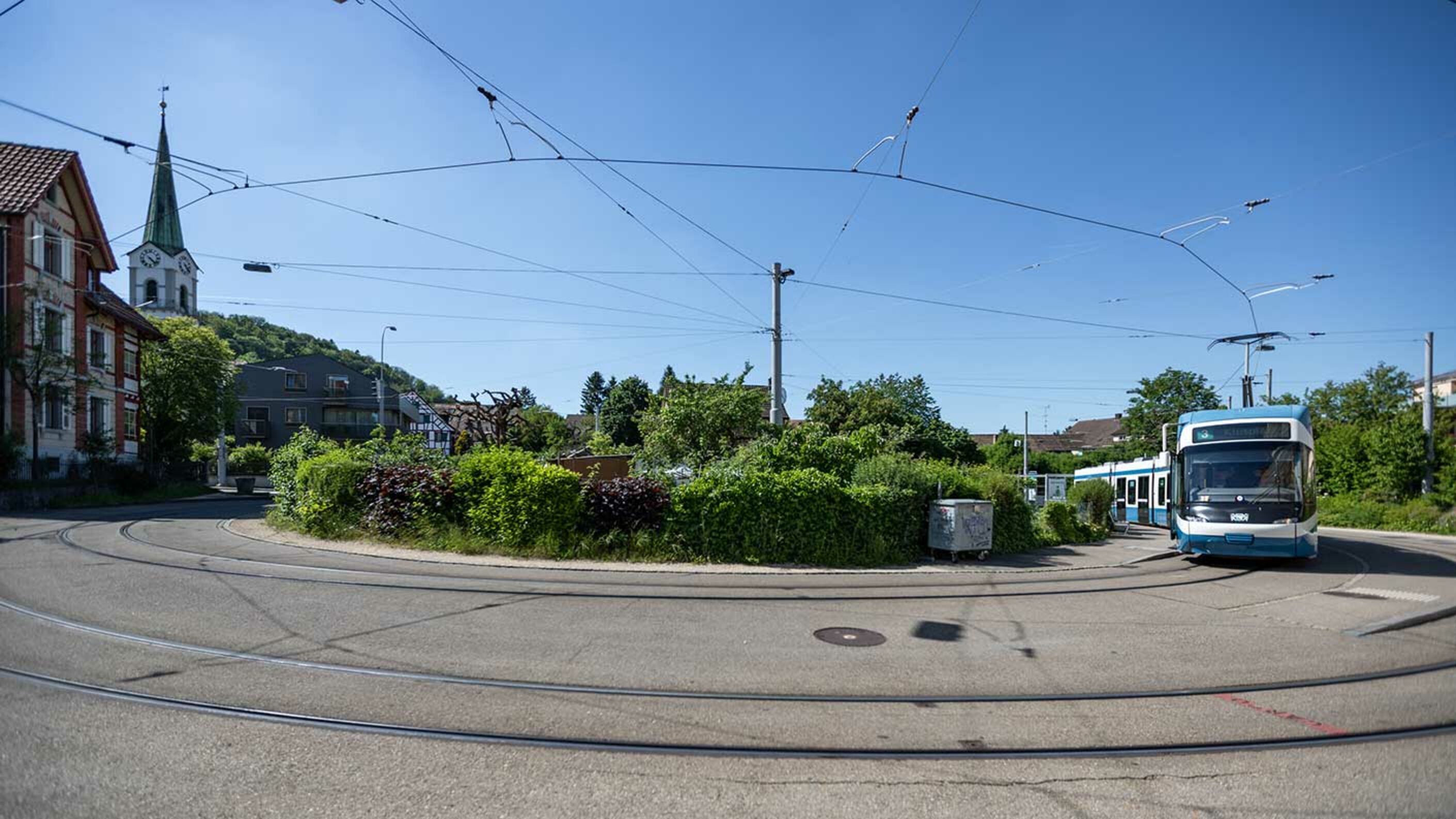 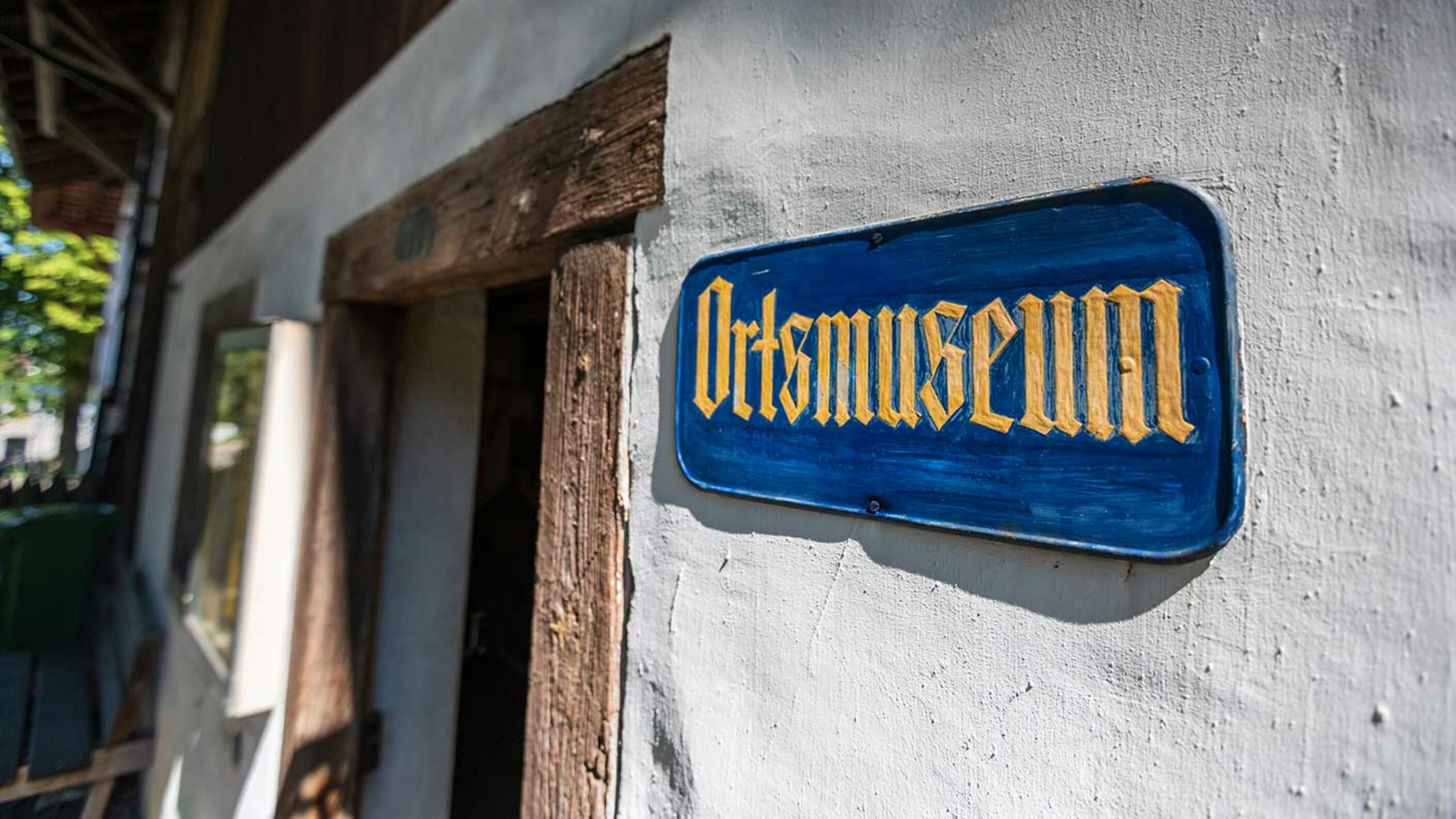 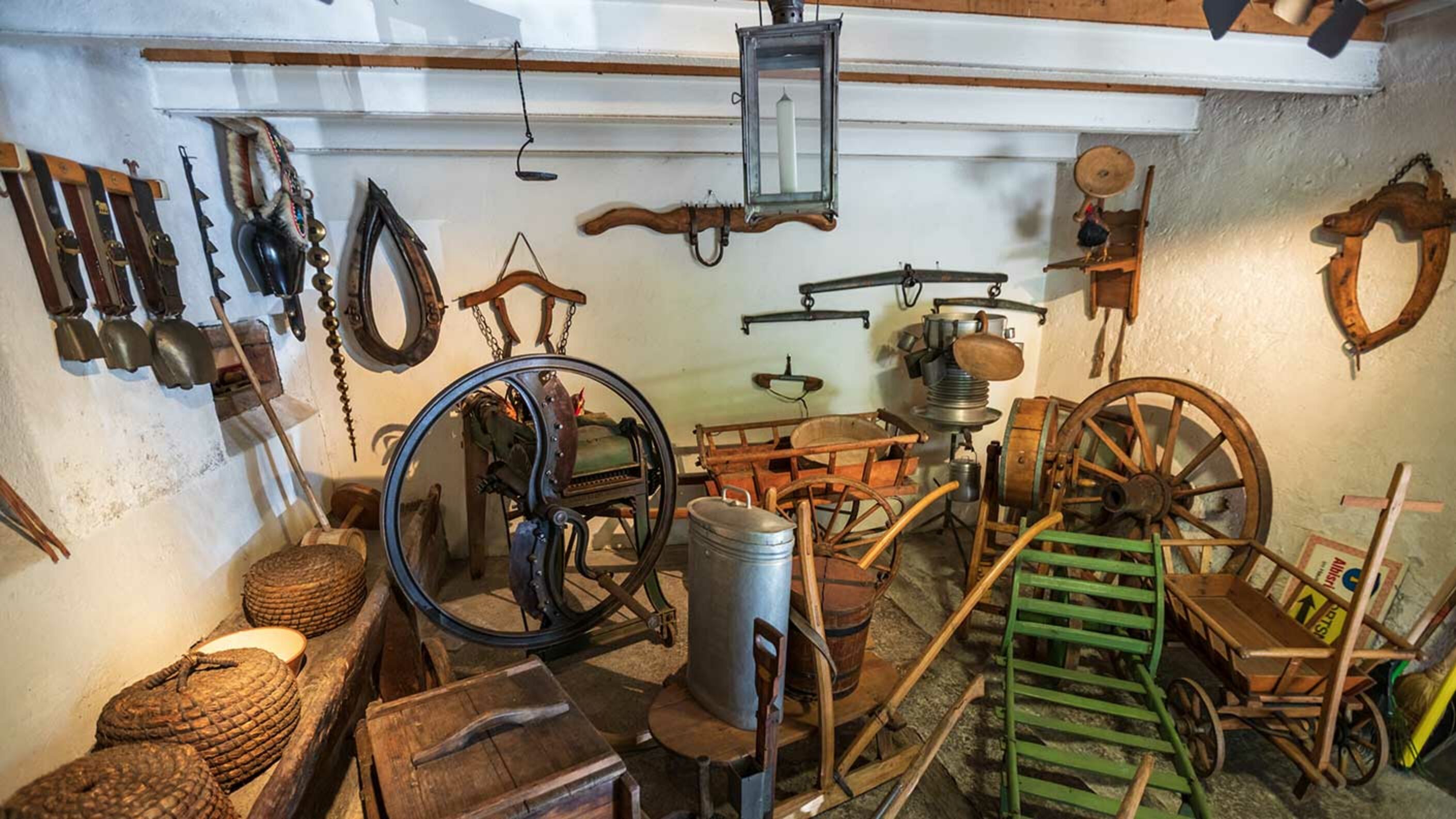 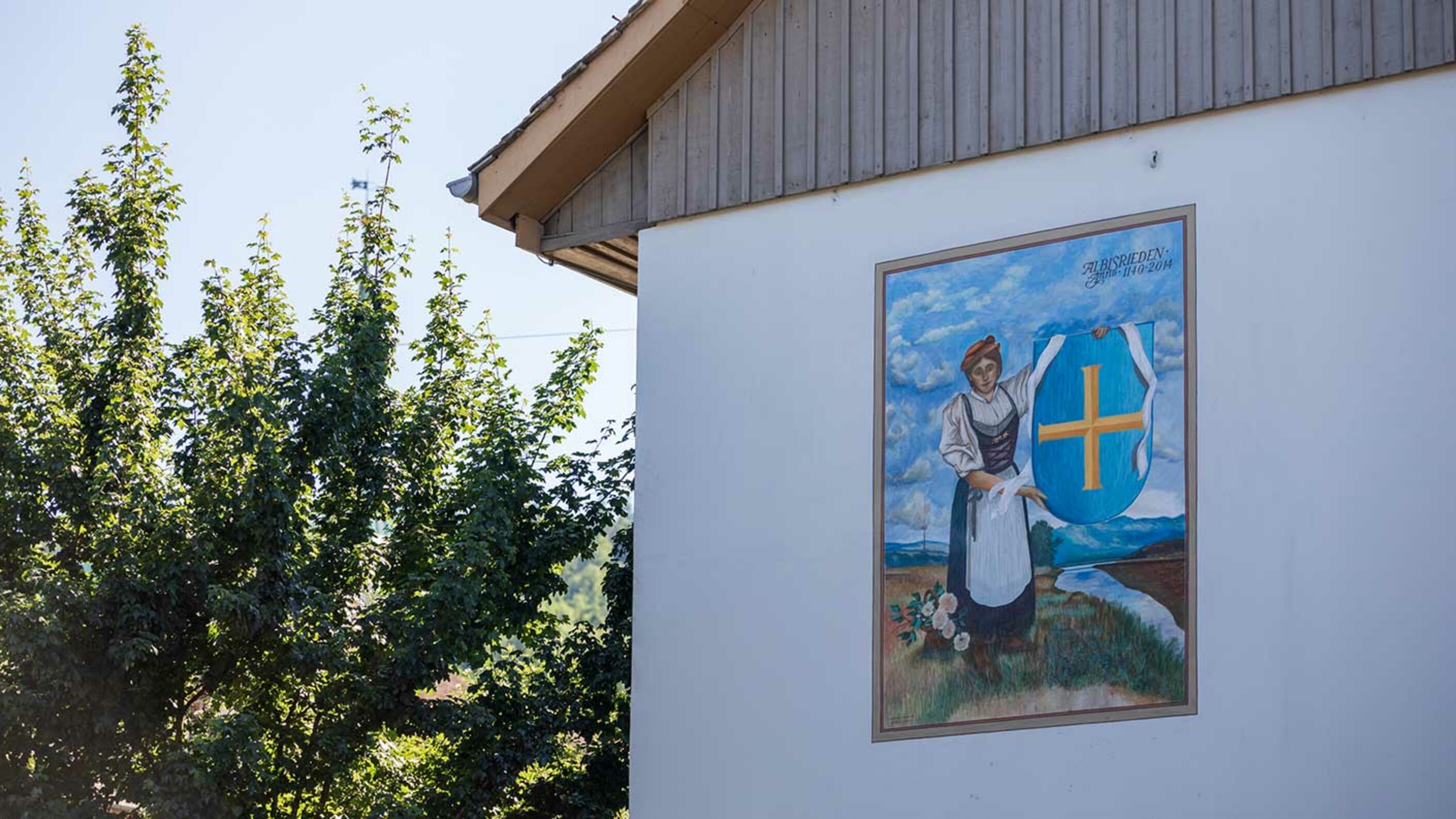 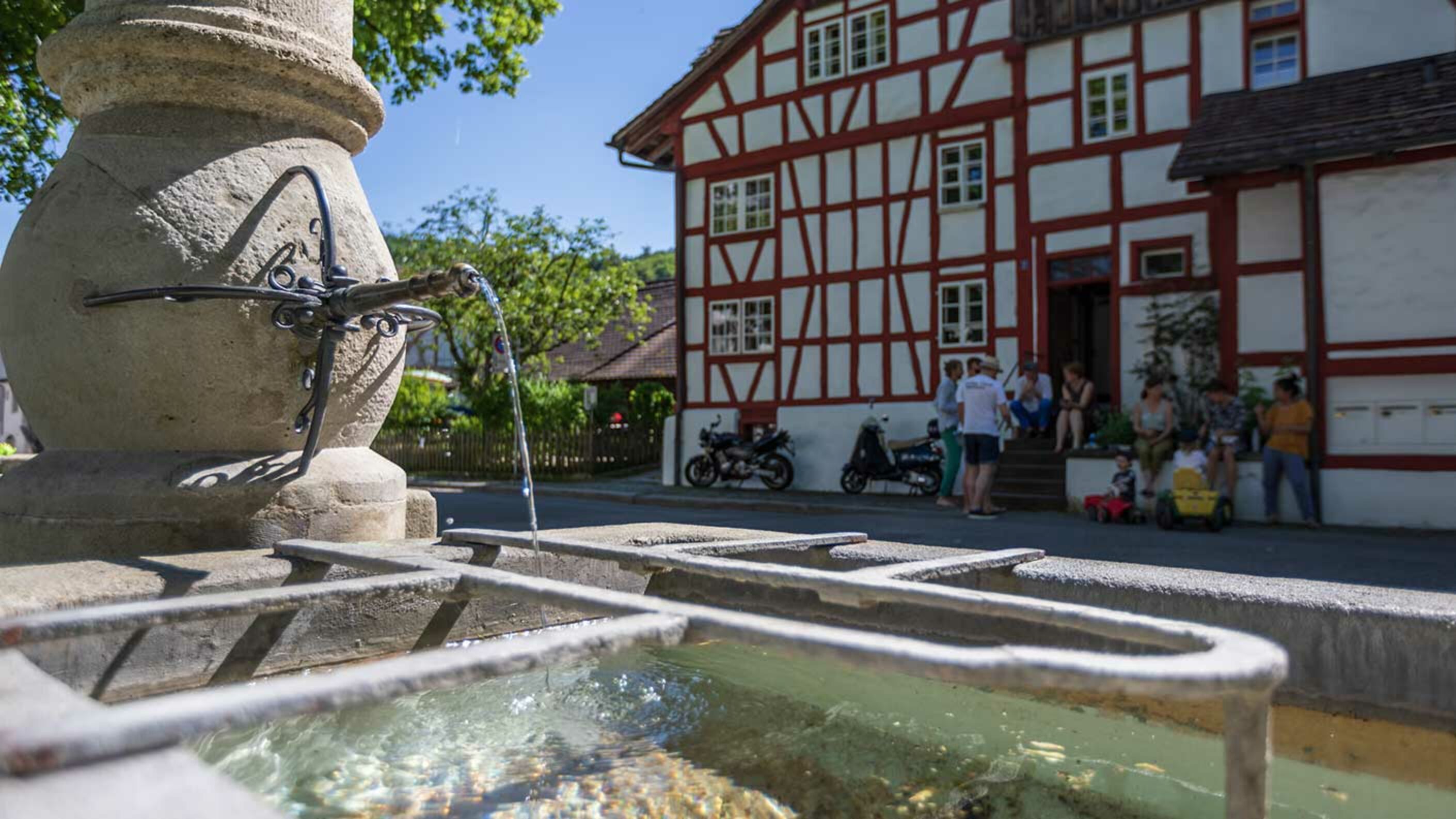 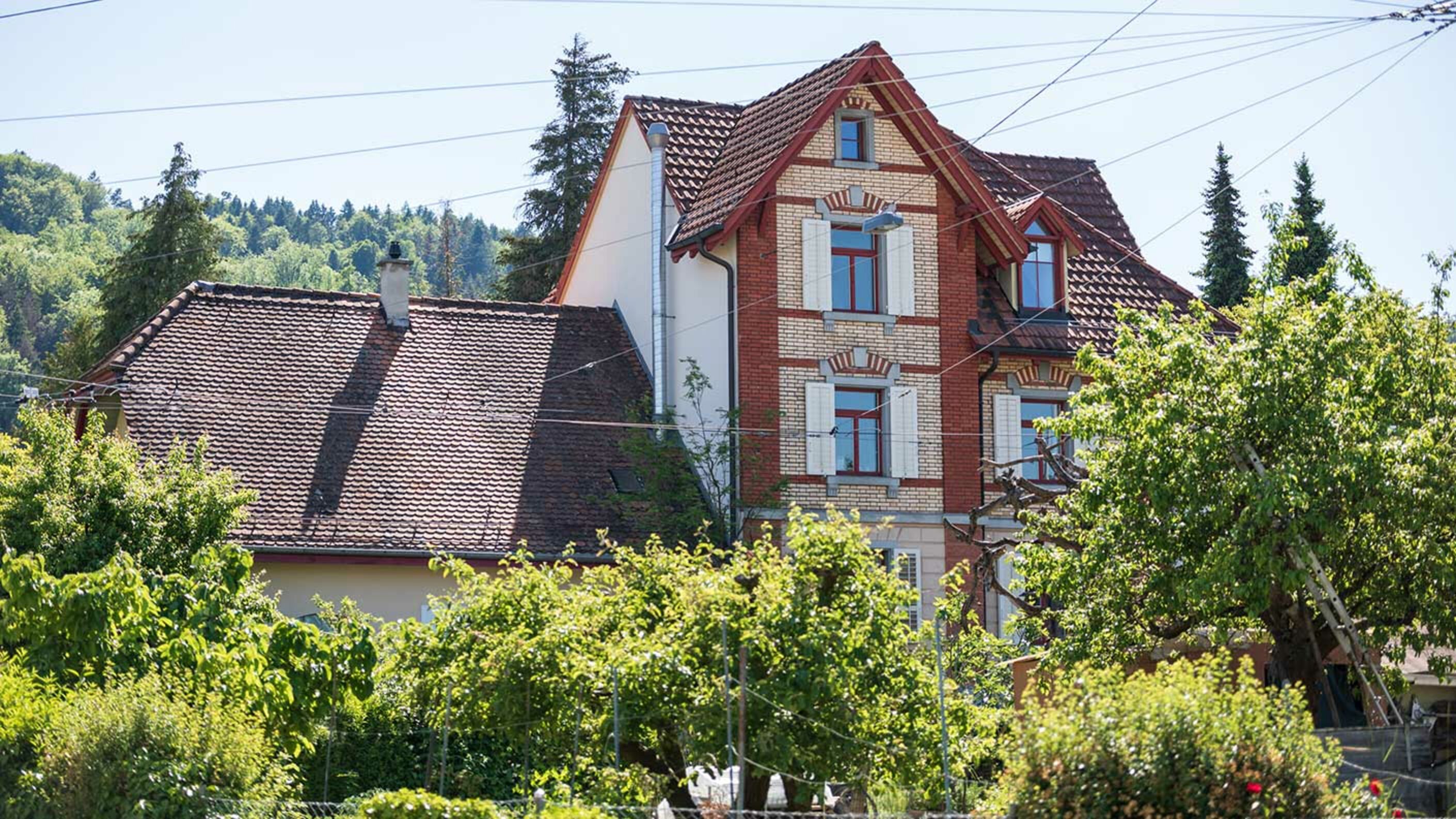 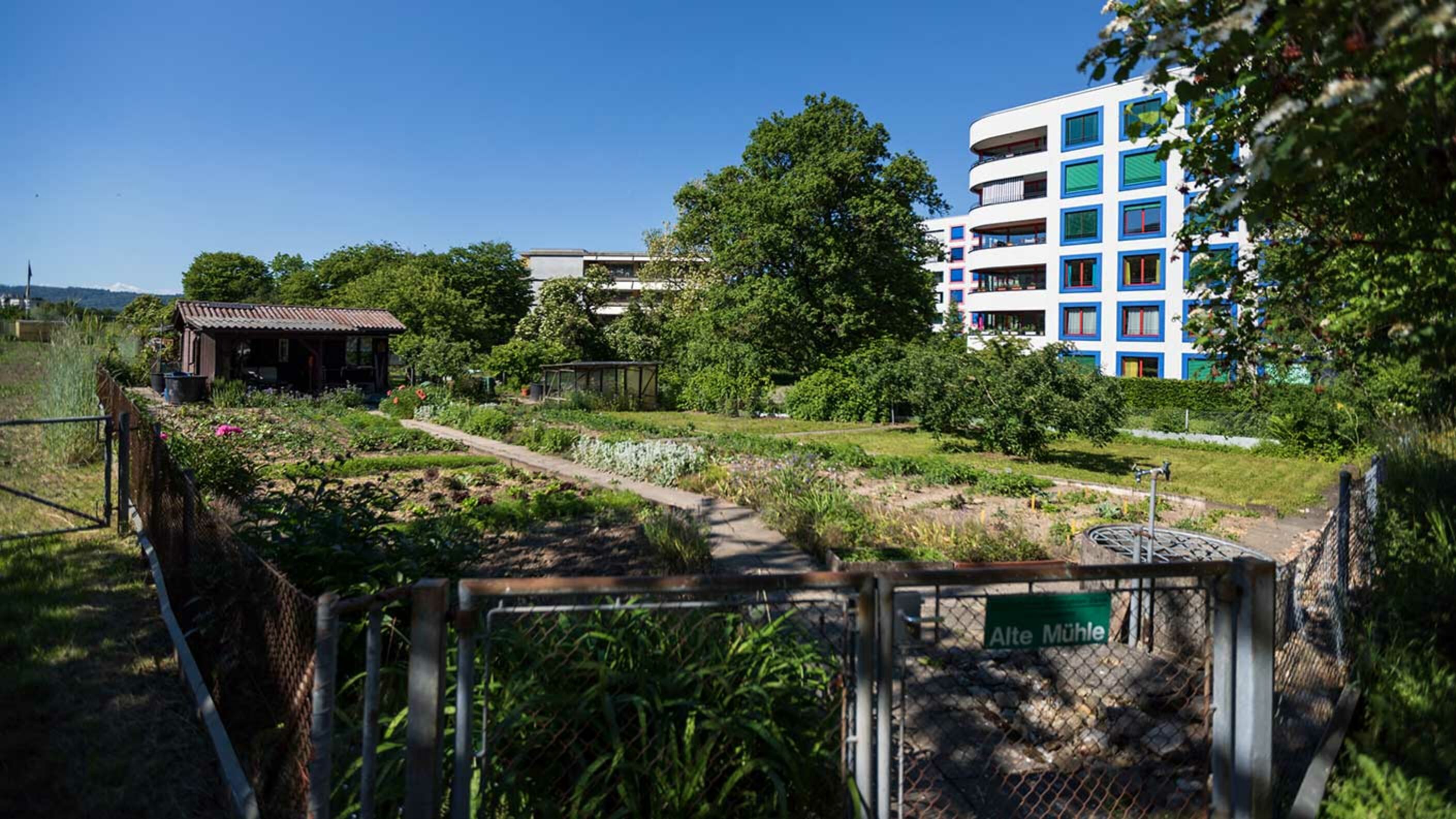 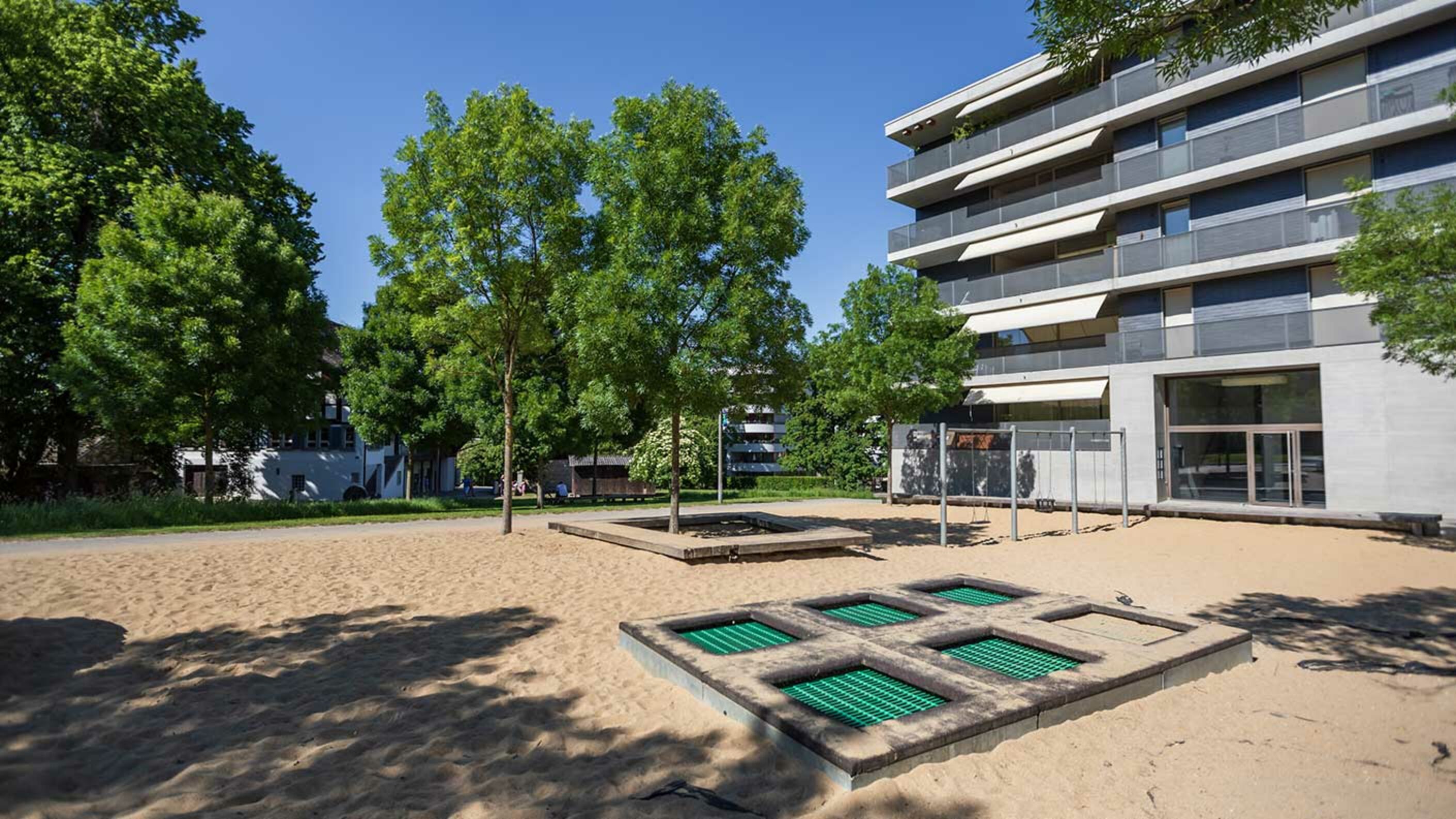 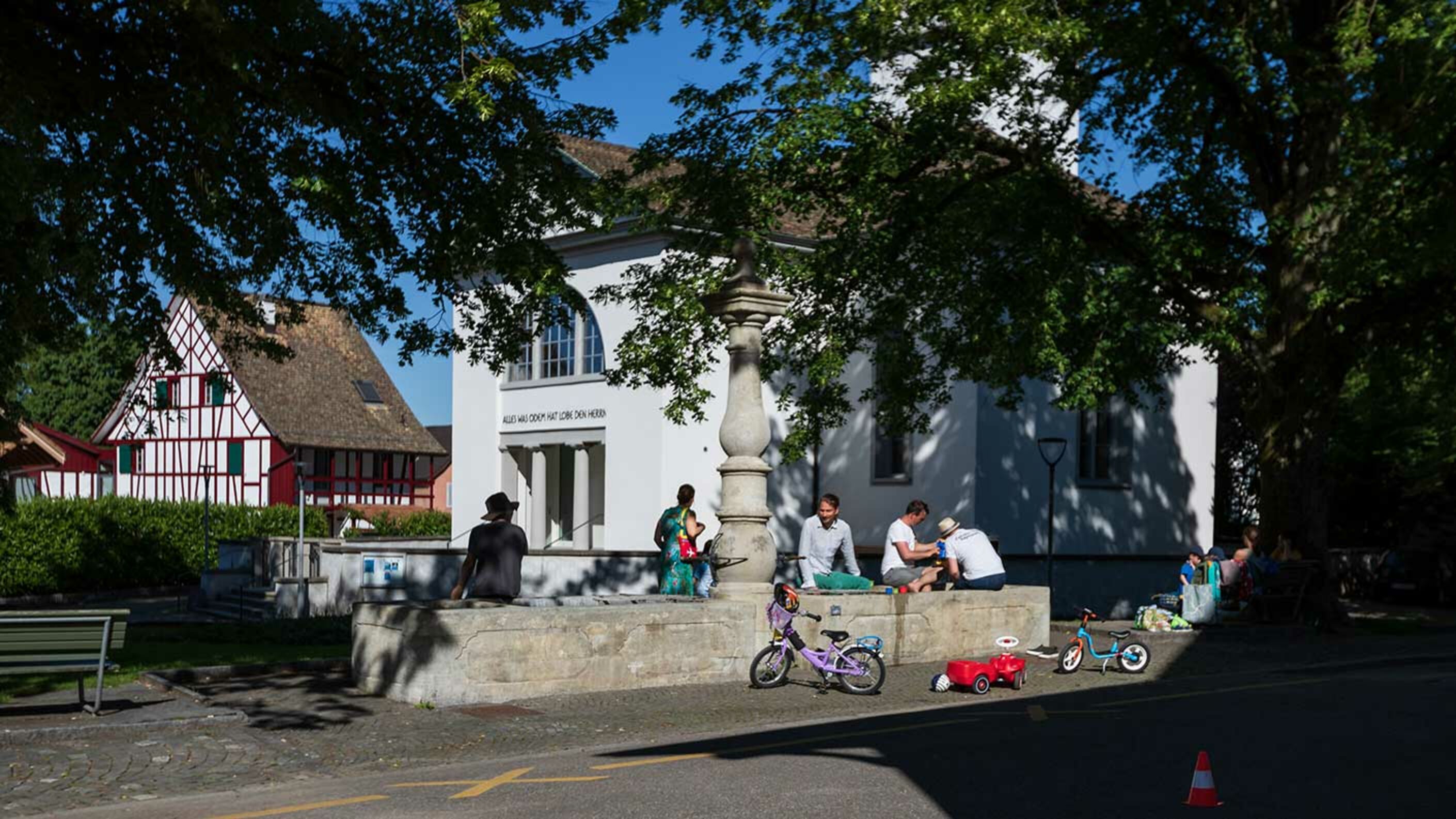 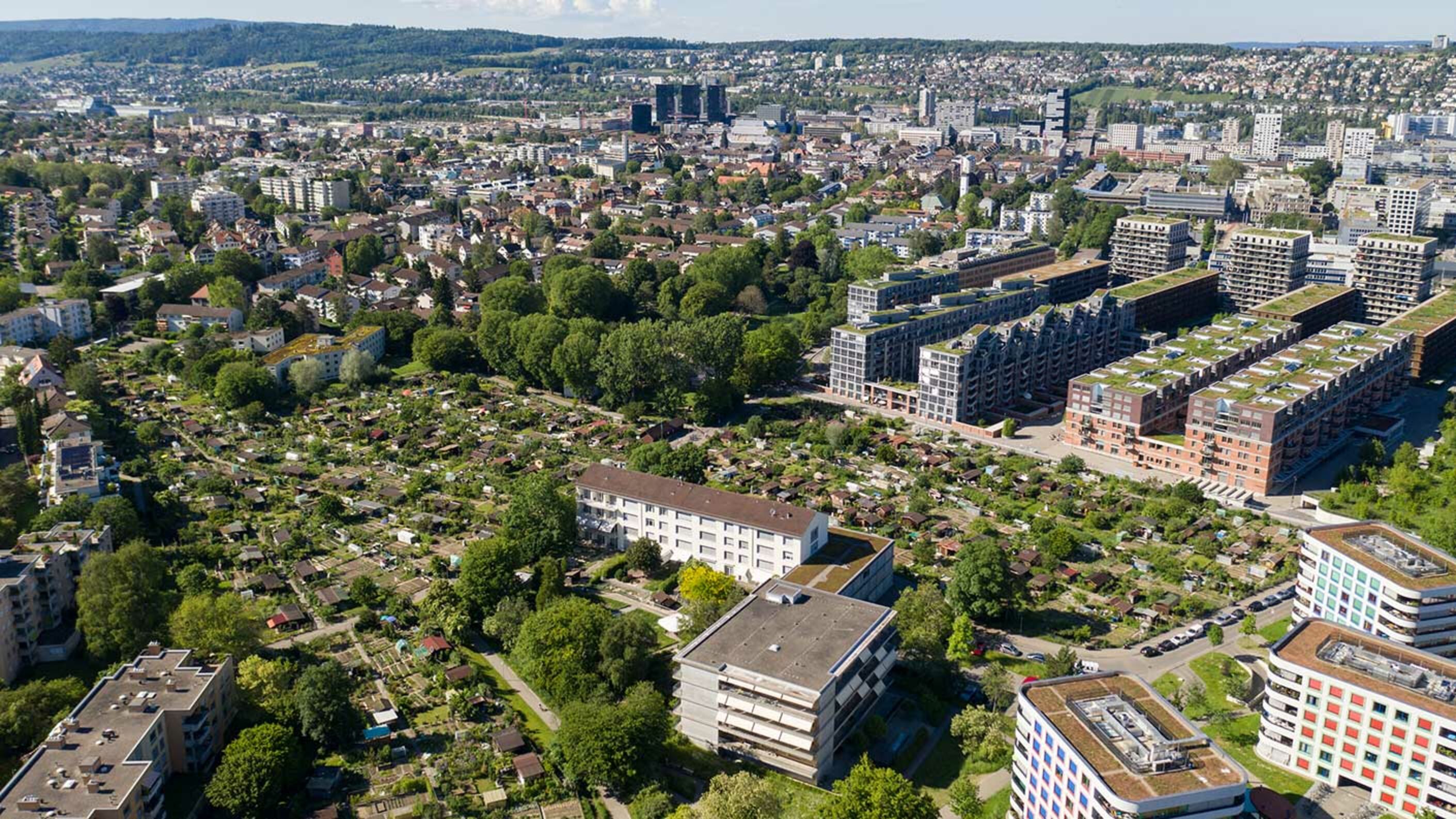 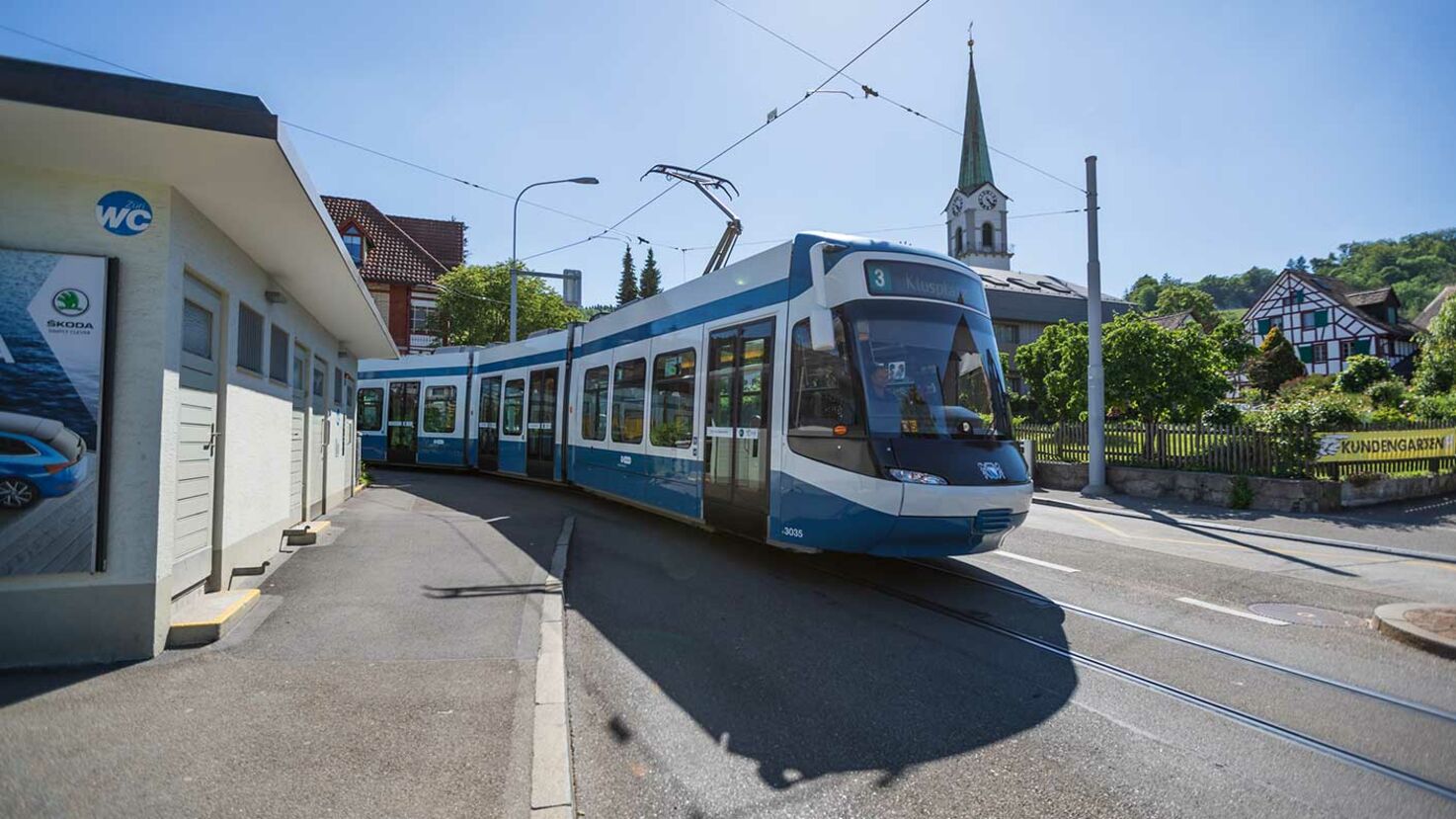 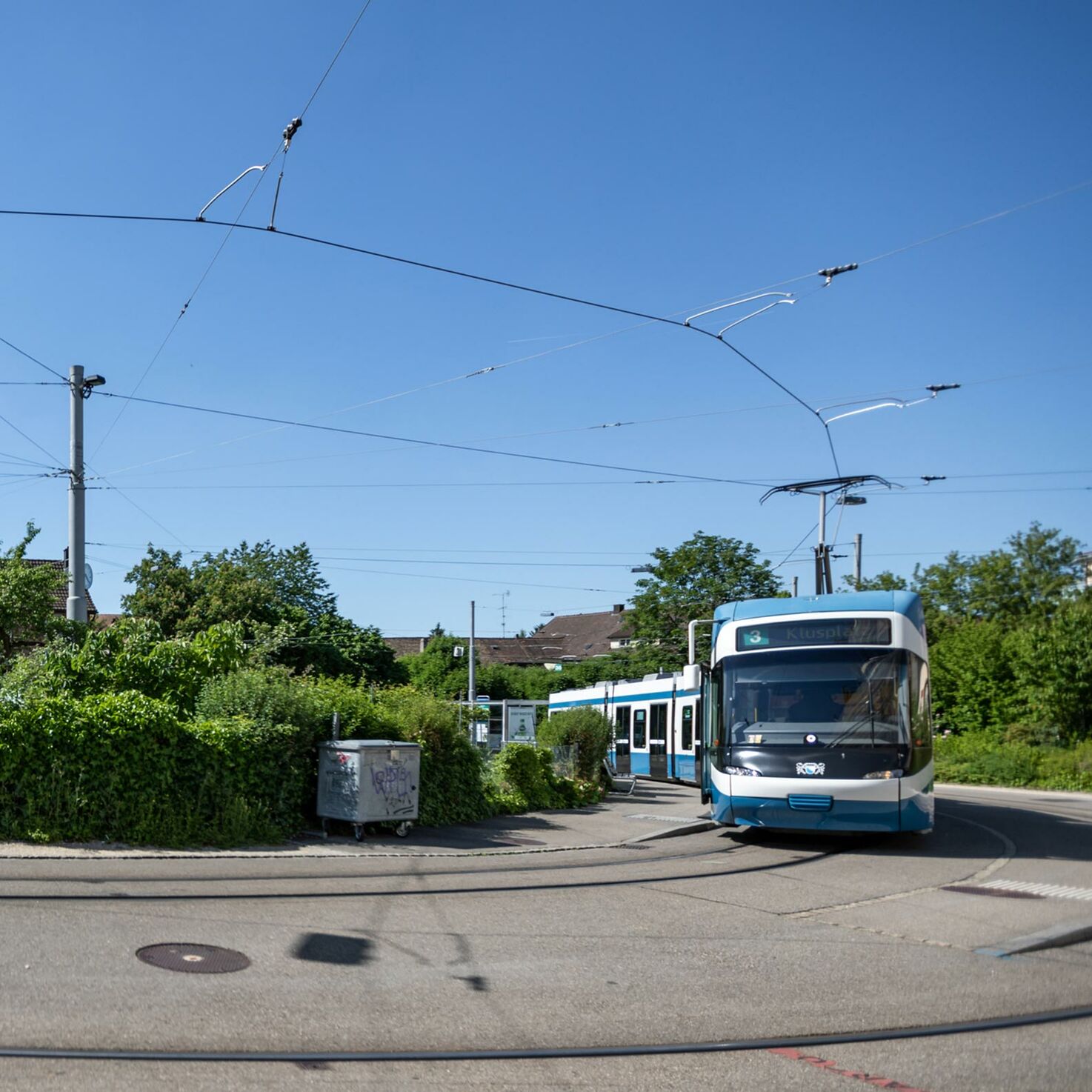 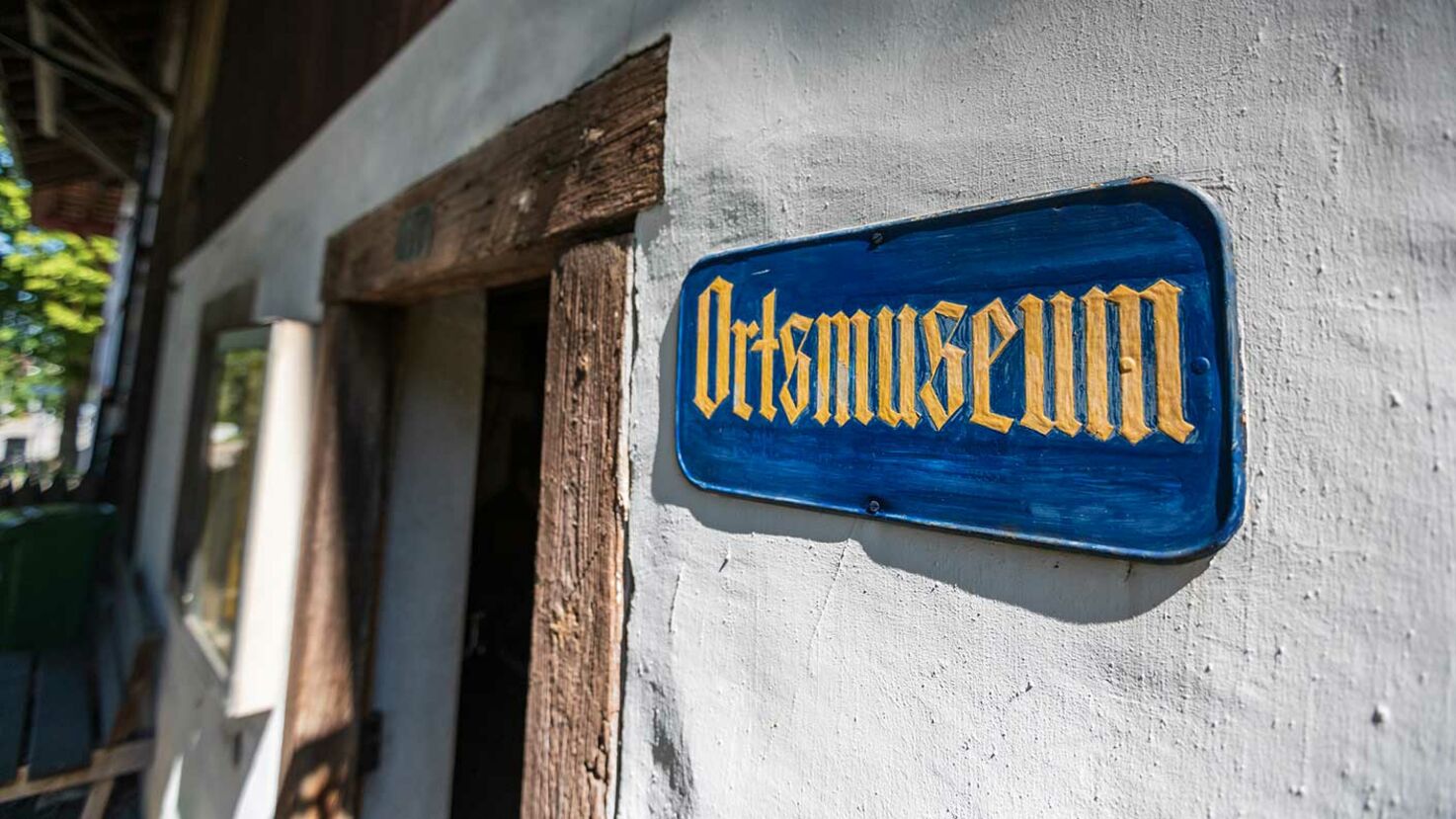 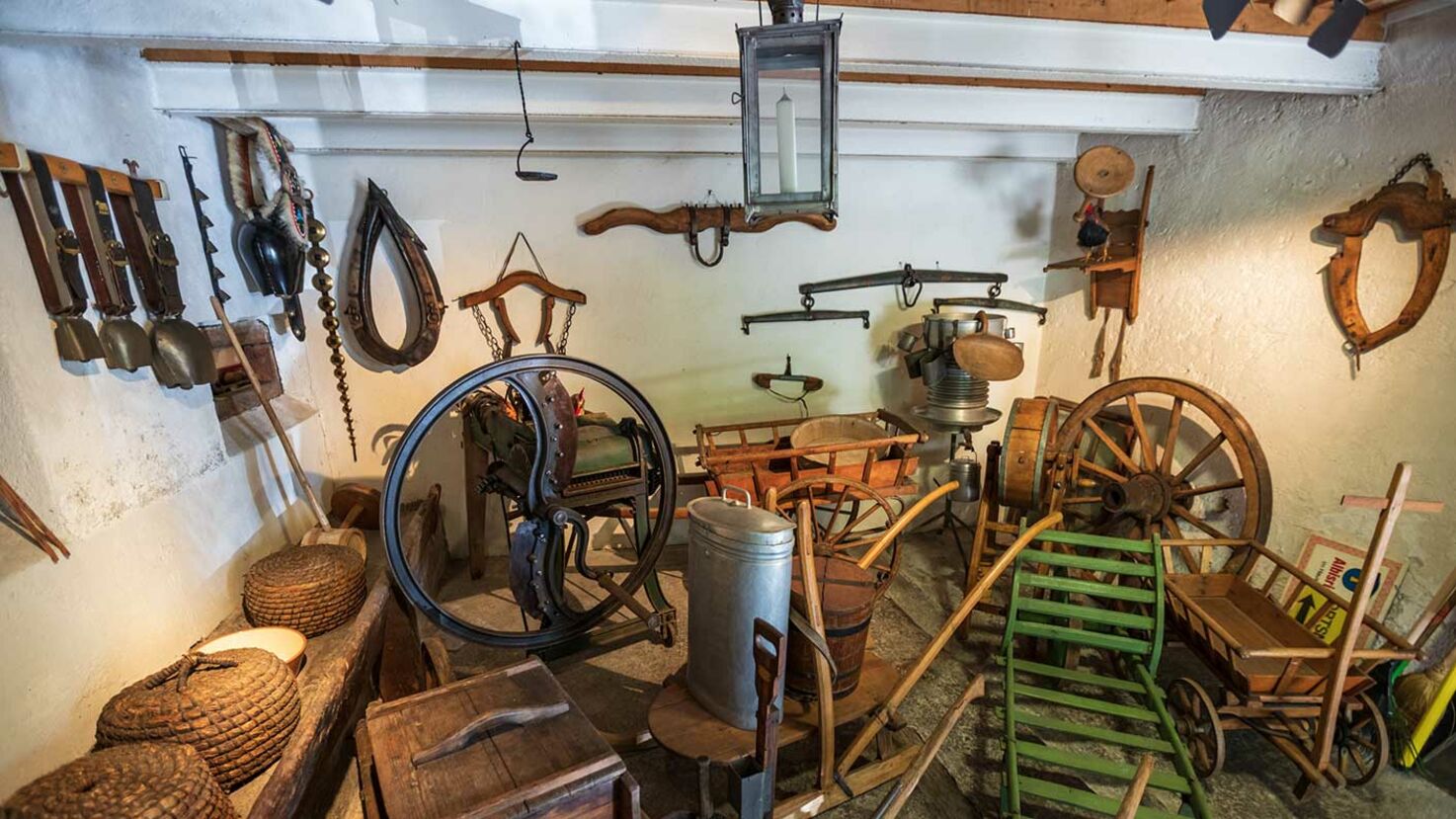 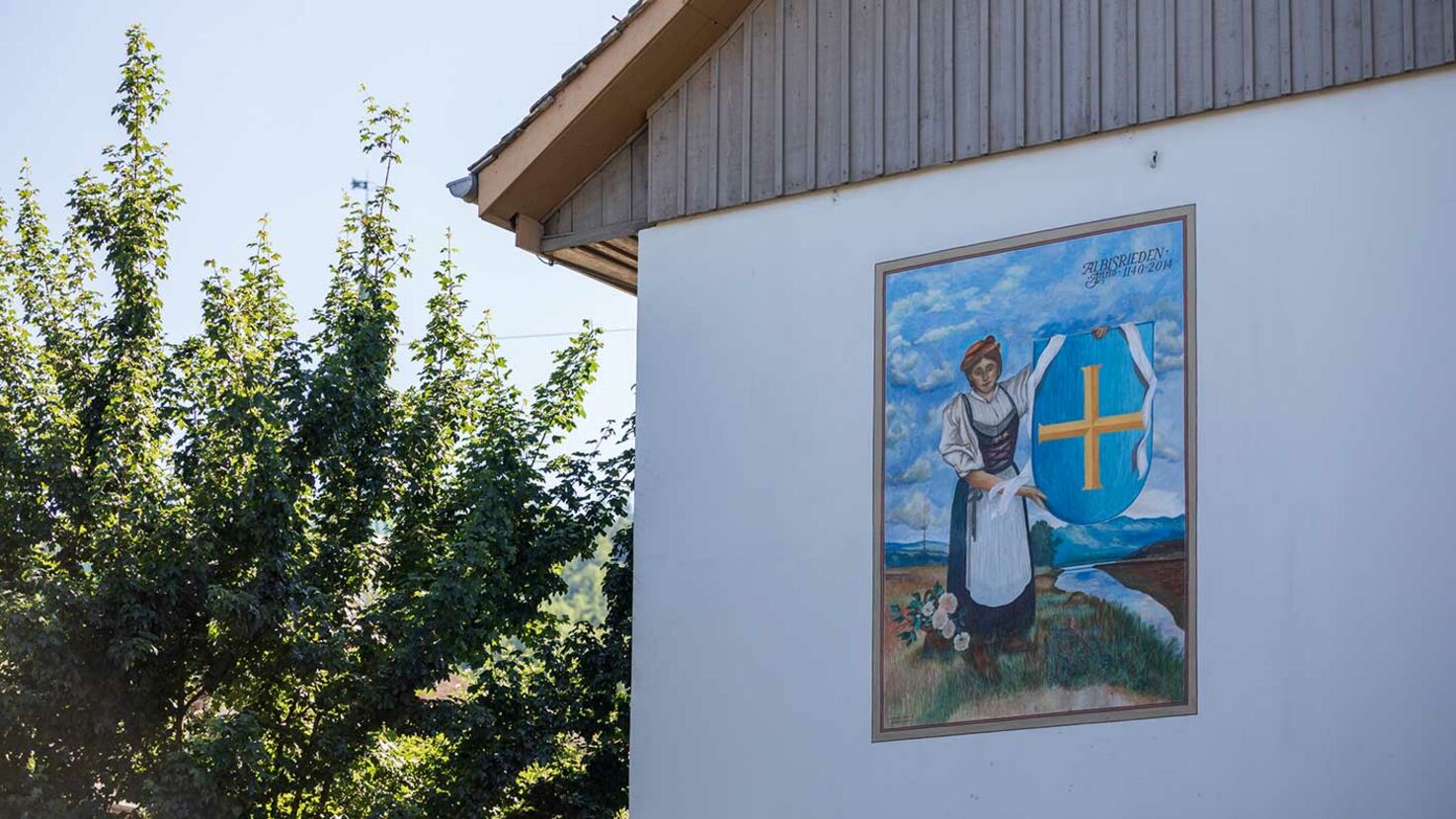 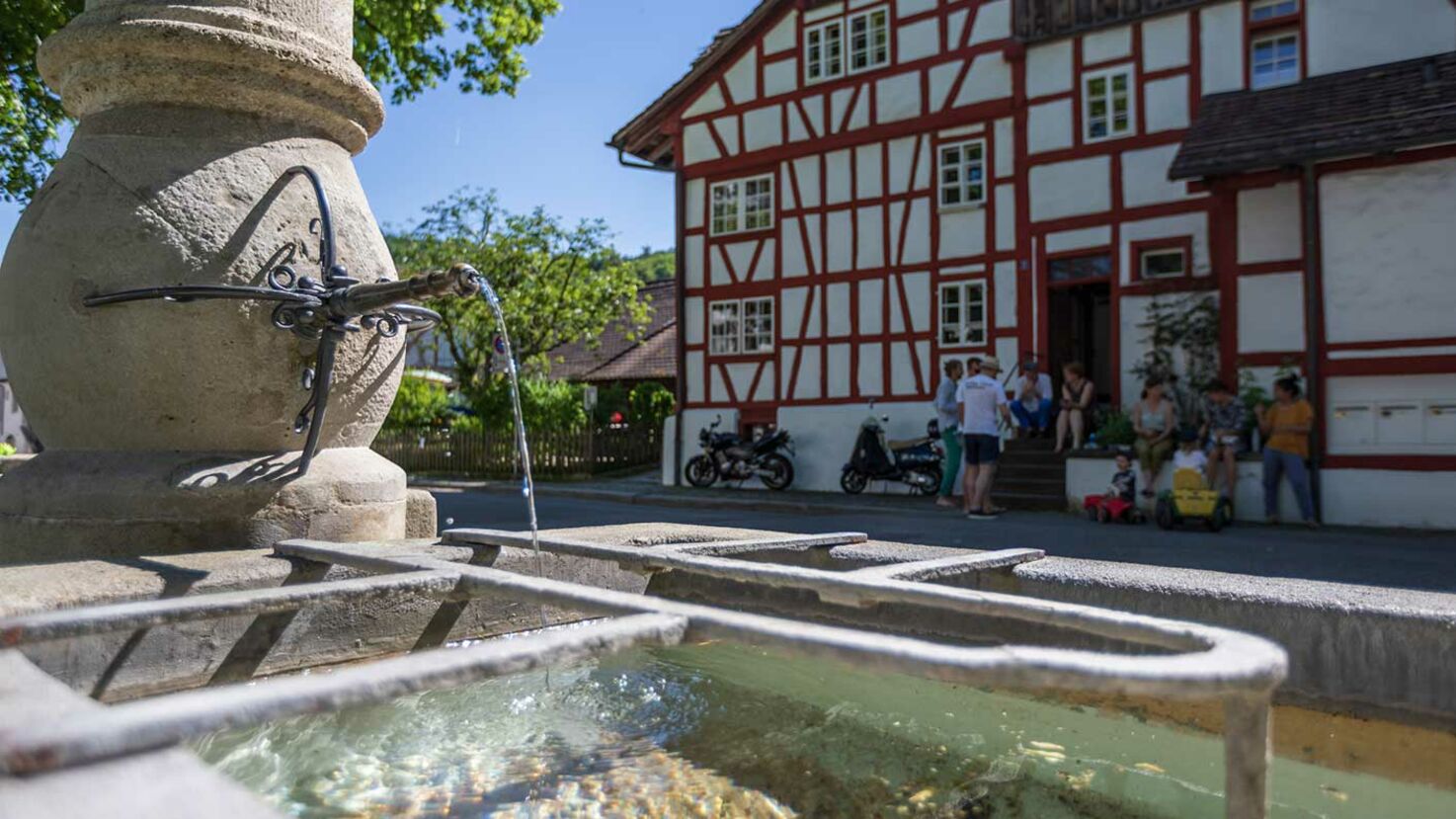 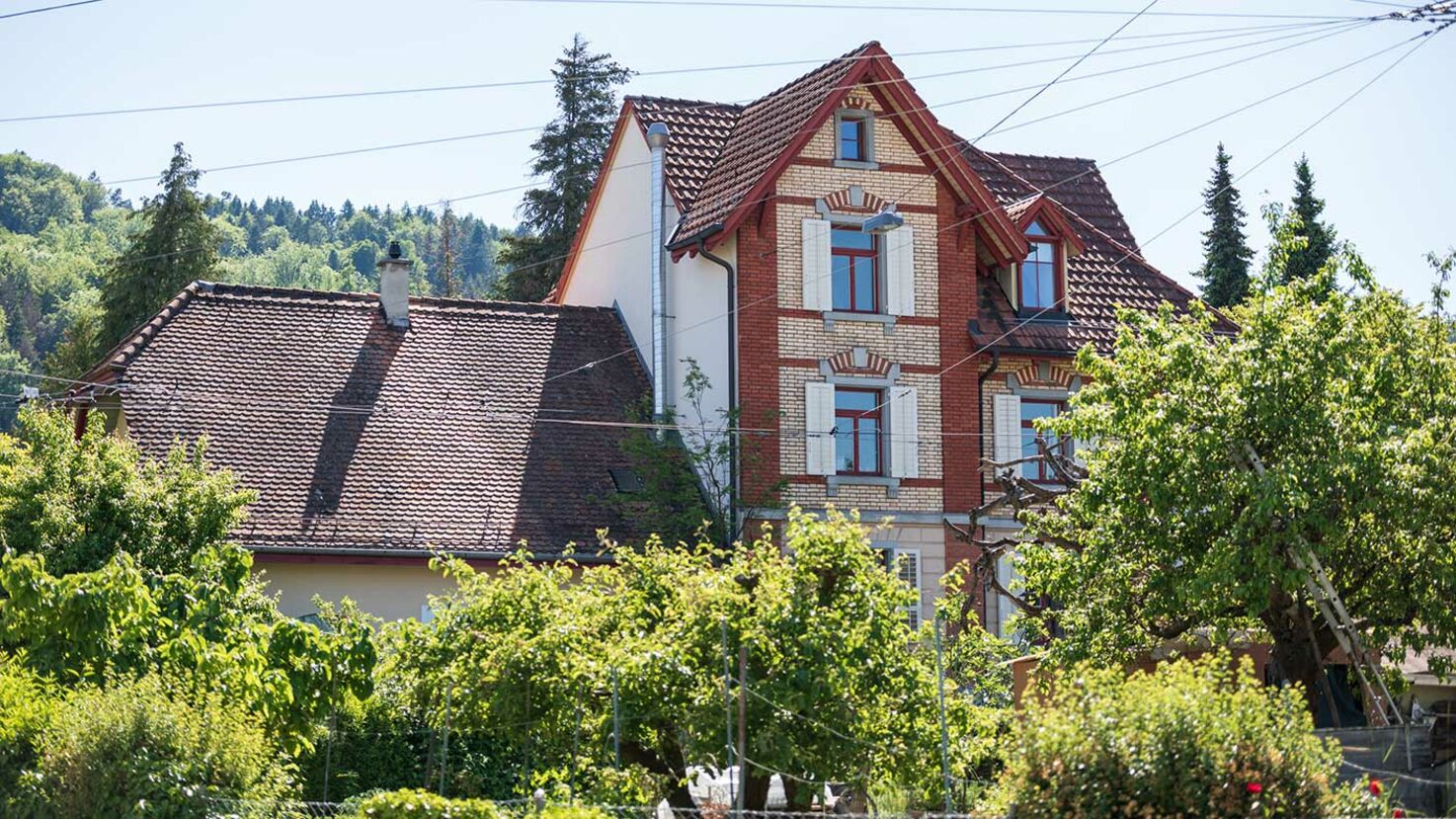 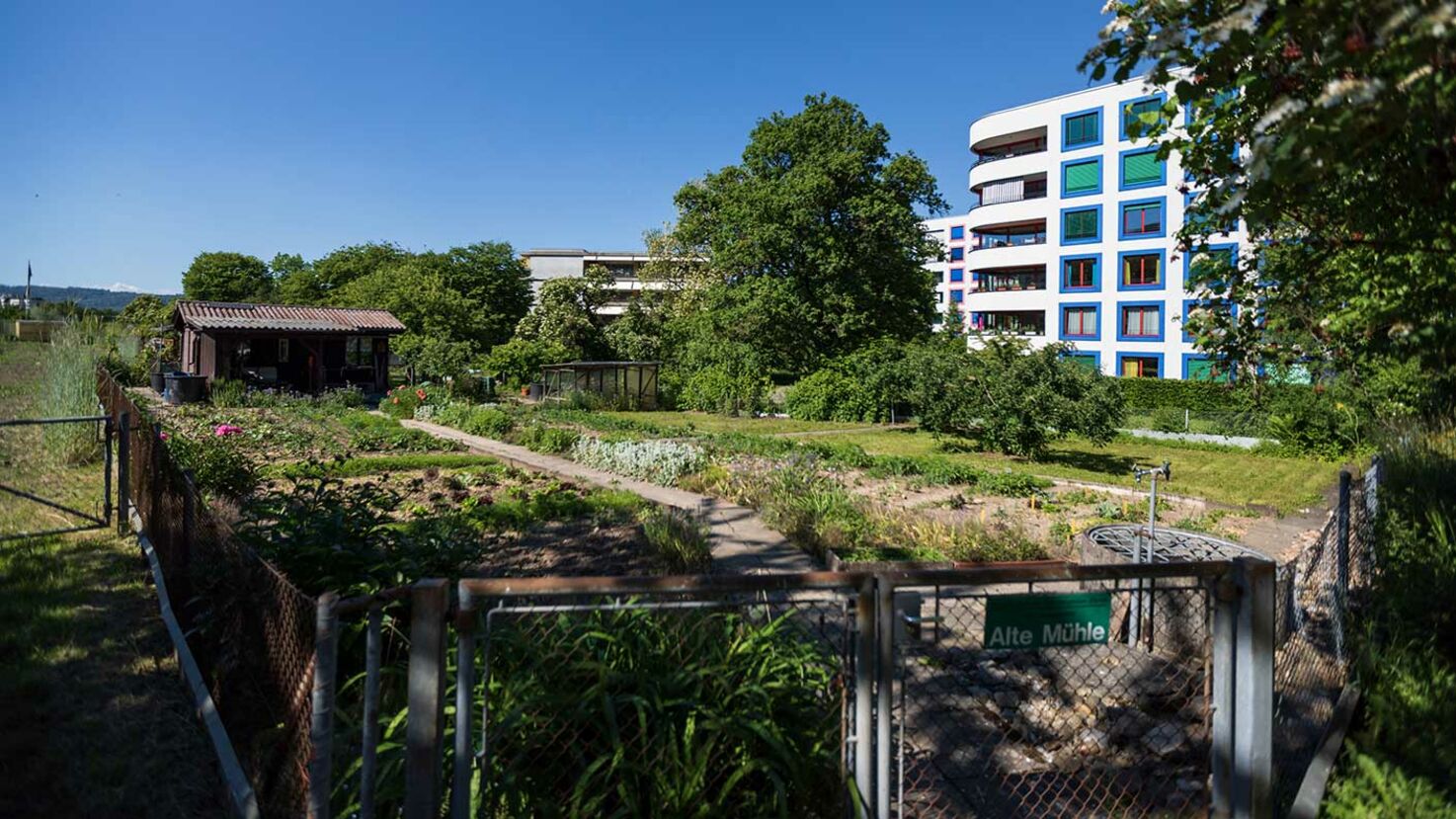 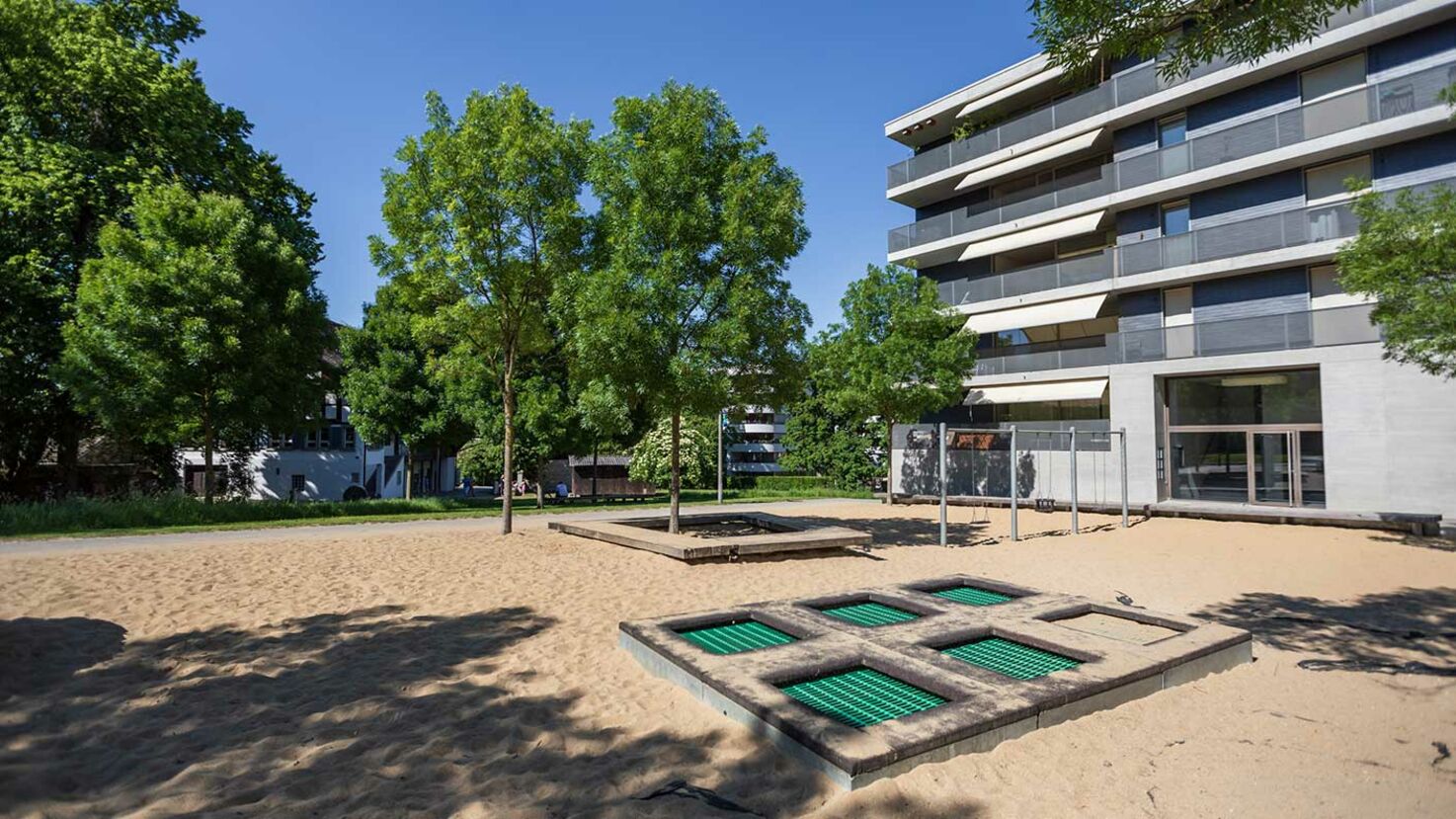 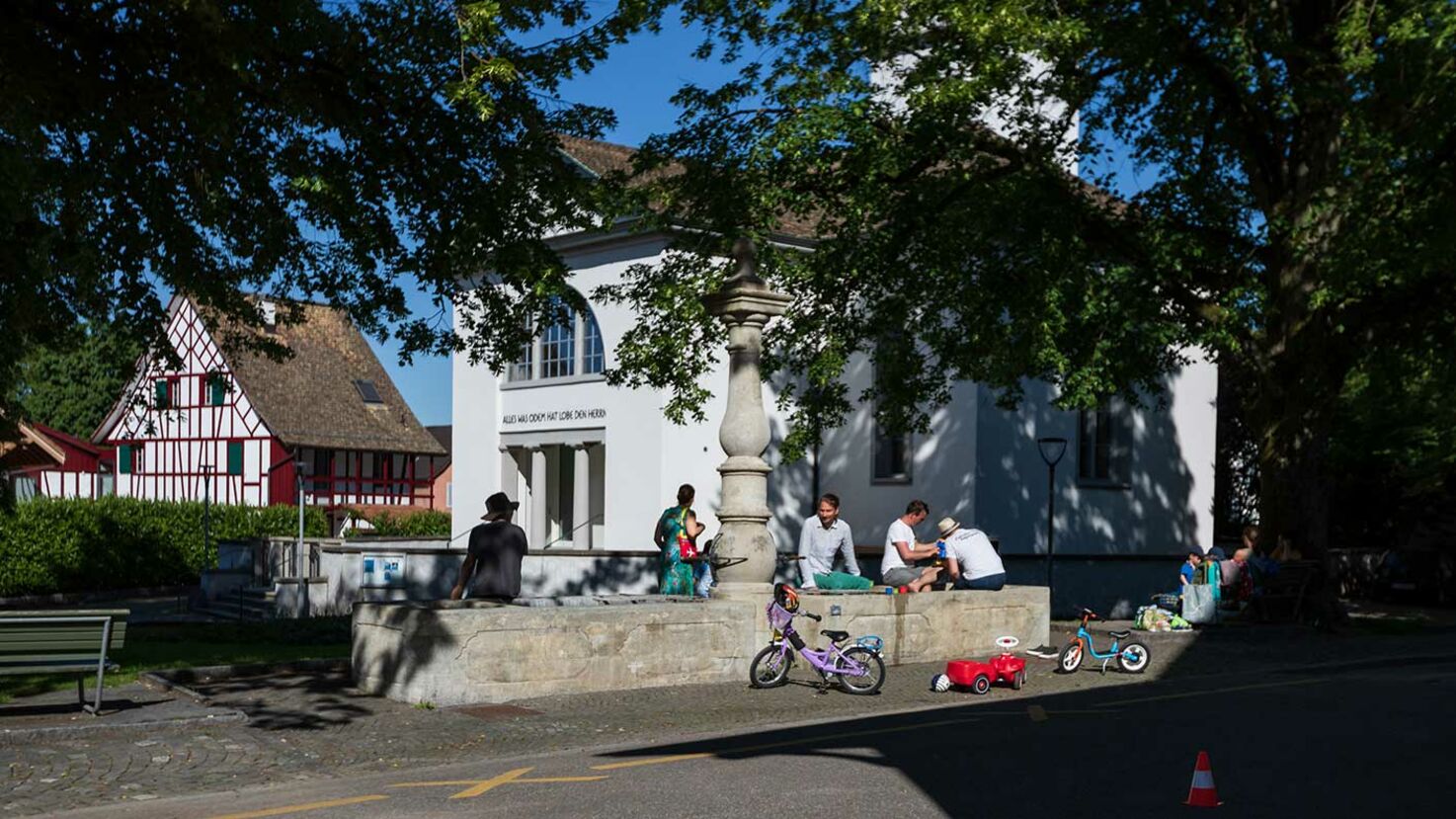 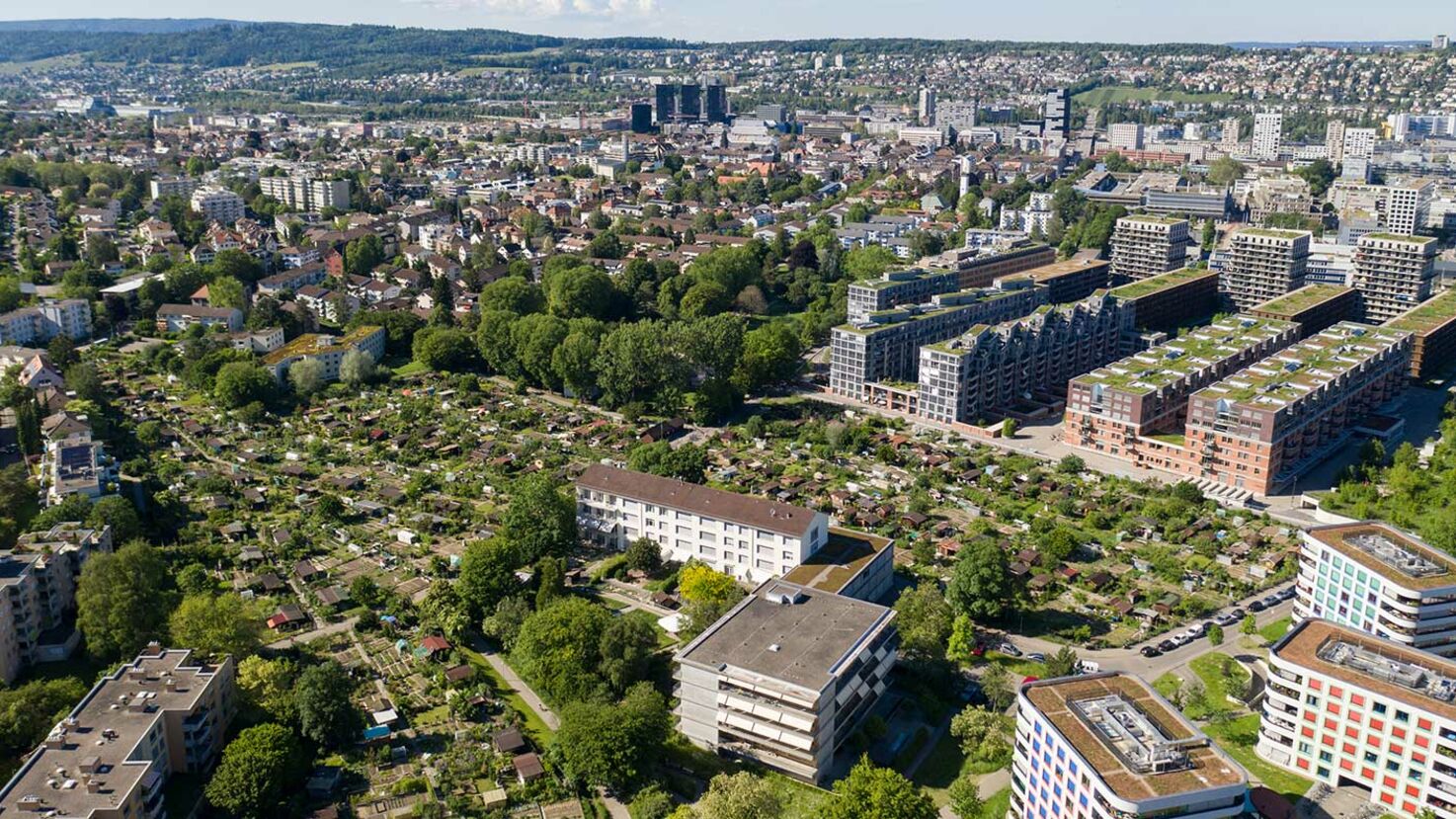 Miss Albisrieden is a cow

Everyone in Zurich knows Albisriederplatz, but how many have ever explored Albisrieden at the end of the green tramline number 3? Once you arrive in this former farming village you can take a stroll back in time and discover why Miss Albisrieden is crowned at a livestock show.

Most people travelling out of Zurich get off at Albisriederplatz and then head towards Hardbrücke and elsewhere.  But if you stay on the number 3 tram for a few minutes longer you find yourself at the terminus. More than a century ago, a walking guide described it as ‘homely Albisrieden’. At that time, the village on the slopes of the Üetliberg was still ‘hidden away in a wonderful forest of fruit trees.’ Today, when you stroll through the village centre with its timber-framed houses and old barns, it feels like you’re travelling back in time.

The centre of Albisrieden also boasts a local museum, which preserves the village’s rural history for visitors and residents alike. The village dates back to the first century A.D., when a Roman villa was built on the site of today’s Letzigrabenbad.

This former farming community began expanding rapidly in the 1950s.

Located in a former farmhouse, the local museum is mainly dedicated to rural life in Albisrieden. Known as the ‘Obren Haller’, it belonged to the family of the same name for more than 400 years before ownership was transferred to the city in the middle of the last century.

Albisrieden was incorporated into the city of Zurich in 1934 and now makes up district 9, together with Altstetten. This former farming community began expanding rapidly in the 1950s. The building boom began with privately owned terraced houses and was followed by large-scale residential development by housing associations. As a result, the population has mushroomed.

The area is still being modernised, though the locals are not always happy about this ‘gentrification’.  Old industrial buildings are making way for apartment blocks and housing estates are being spruced up. The site of the former bonded warehouse now houses more than 2,000 people, along with shops, businesses, bars and restaurants.  Albisrieden is now home to more than 21,000 inhabitants, and even if it hadn’t been incorporated into Zurich it would now be a town in its own right.

Albisrieden is certainly one of Zurich’s little treasures.

Despite this, Albisrieden maintains a tranquil air. Compared to Altstetten, Schwamendingen and Seebach, it has preserved its historic village centre thanks to a pioneering step taken in the 1960s, when it was listed as a conservation area. This placed restrictions on local development, though one resident who has lived his whole life in Albisrieden tells us that some of the old barns have still disappeared over the years. Private house-owners and the local museum association all ensure that the old buildings are renovated, and the old mill’s huge water wheel has also been preserved.

A few years ago, parts of the old centre were threatened by plans to construct Zurich’s outer ring road. In the end the western bypass was built, but Albisrieden was spared. Our local resident thinks the centre was probably saved because the neighbourhood has always been a little behind the times.

The last farm in Albisrieden disappeared almost twenty years ago.

The last farm in Albisrieden disappeared almost twenty years ago, but the town still likes to commemorate its rural past.  Every September, a livestock show is held outside the old Reformed church. This is where ‘Miss Albisrieden’ is selected from a delightful array of brown and spotted cattle.

The museum’s traditional fruit press is also put into service for the annual Moschtete, which attracts up to a thousand visitors to the ‘village’, as the locals still call it. And when they take a brief trip into the centre of Zurich, they say they’re going ‘into town’.

Albisrieden is certainly one of Zurich’s little treasures, but some of its infrastructure is no longer up to scratch. The tram stops are outdated and in places there are no pavements, which leads to accidents, particularly for pedestrians.

But the locals are worried. They have seen how the city is keen to upgrade the areas around Langstrasse and the north of Zurich – pushing up prices. The people of Albisrieden are afraid they will no longer be able to afford to live here, and that their neighbourhood’s special charm will be lost once the excavators move in.

The number 3 tram takes 31 minutes to run between Klusplatz and Albisrieden. For the timetable click here.