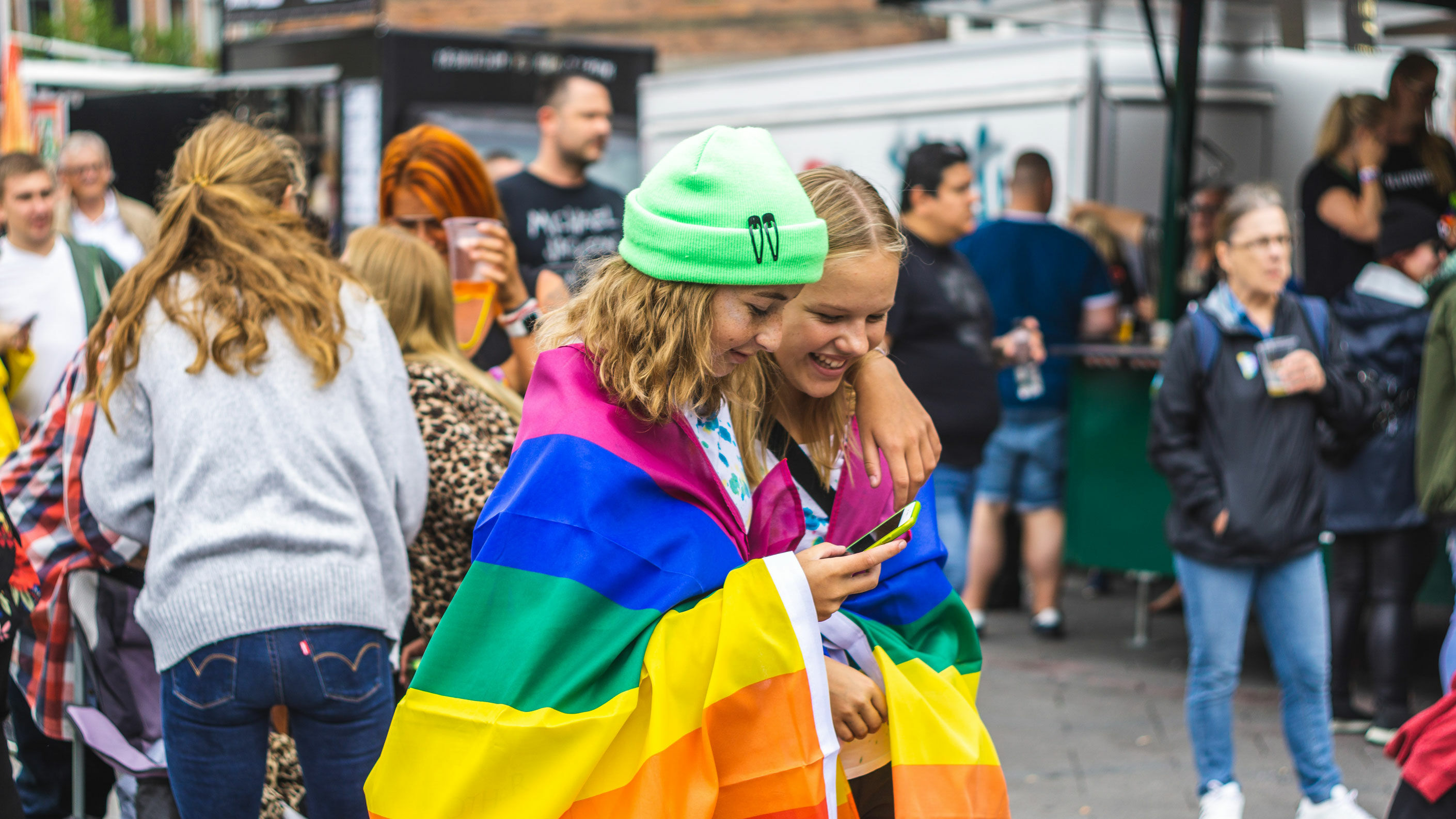 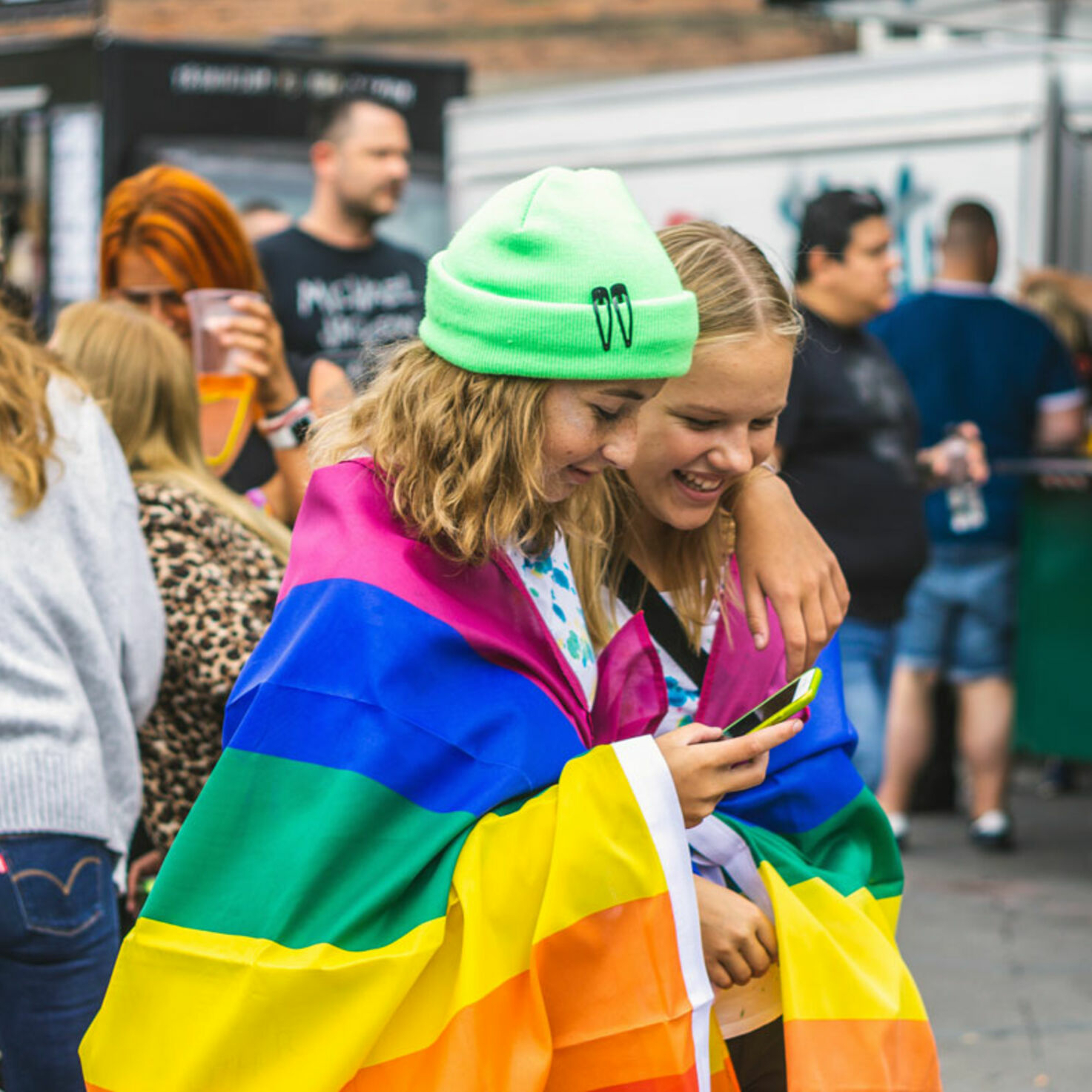 Once a month, Anna Rosenwasser writes about how she lives and loves in Zurich. In October, the LGBT activist and author talks about Pride in Zurich and the many proud selfies with young people. And she wonders how a mother can forbid her own child to post pictures from Pride.

At the warm end of this decidedly un-warm summer, Pride was finally back in Zurich after an 18-month absence. (Pride likes to be called the ‘gay parade’ but – for all my love of gays and parades – that’s about as accurate as calling 2 or 3 notes a symphony.) I spent the whole of Saturday chatting to people, including many teenagers who were attending Pride for the very first time. They often asked if they could have a selfie with me and I always said ‘of course’. Sometimes I asked if it was okay to put my arm around their shoulders.

In the days that followed, my inbox filled up with these photos. People who had been strangers before Saturday were now sending me photos of us beaming into a phone camera. I always ask their permission to share these happy photos on Instagram. On the evening of Pride, I even sang karaoke with a young woman (poor thing – I’m not exactly known for my modesty, but I really can’t sing a note).

‘My mum says there shouldn’t be any photos of me at Pride on social media.’

After our little duet, she asked if we could take a selfie, and she sent it to me two days later. I looked at the photo, two women of different ages beaming at the camera in the final warm sunbeams of the Zurich summer. We look really happy in the picture. ‘Can I post it on my Instagram story?’ I ask, but she replies: ‘Sorry, no. My mum says there shouldn’t be any photos of me at Pride on social media.’ I accepted her decision and thanked her for sending it to me.

But I was also pretty gobsmacked. It’s 2021, and we’re all talking about how it’s a given that gays should be able to marry (And now we can! Yay!). But there are still parents who won’t allow their children* to post pictures on social media that show they are happy to be queer. How many families proudly display photos of the kids? Daughters at sports tournaments, sons at graduation ceremonies. Young people who are doing or have done something special. Being true to themselves and being part of an event that is all about human rights – isn’t that also a form of pride?

Our kids can’t decide whether to be lesbian, gay, bi, straight, cis or trans. But they can choose to be themselves.

Parents and guardians – we all know why. And we can do something about it. Your kids can’t decide whether to be lesbian, gay, bi, straight, cis or trans. But they can choose to be themselves. And you can choose to support your child.

*A little linguistic food for thought: the word ‘daughter’ is not age-related. The same goes for the word ‘son’. So why is the gender-neutral version, namely the word ‘child’, so childish? Why is there no word for daughter/son that is both gender neutral and adult?