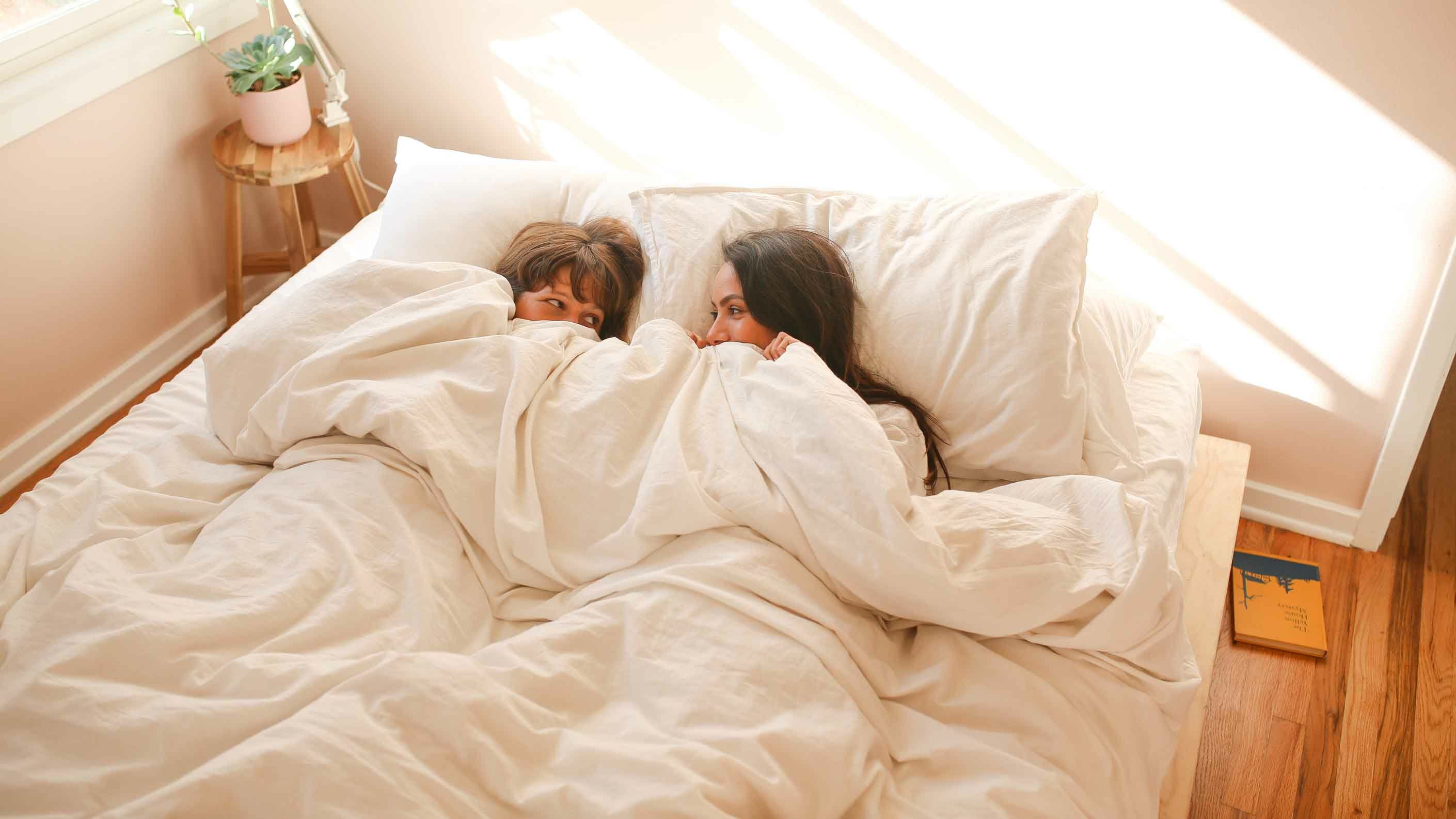 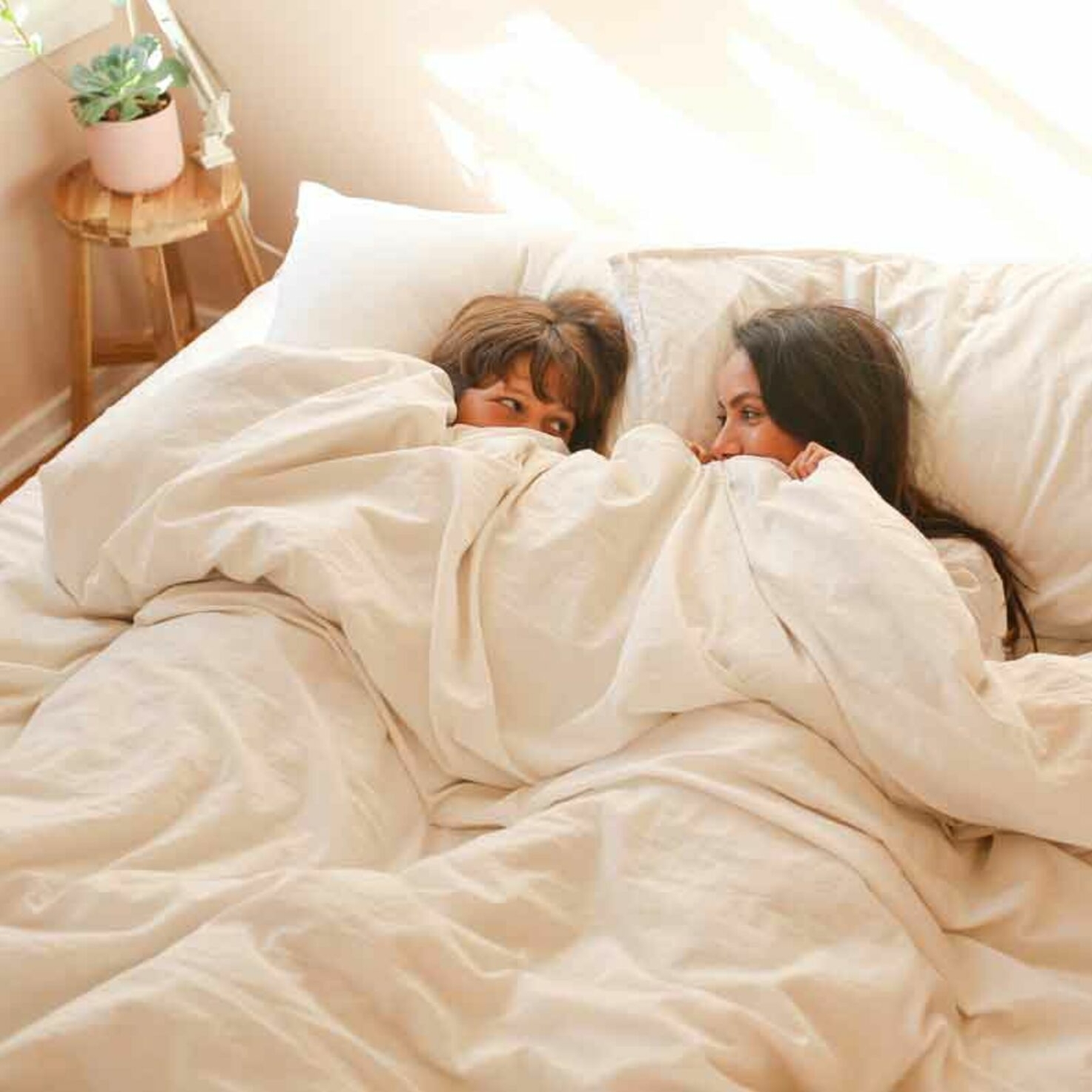 What we get up to in the bedroom

Every month, Anna Rosenwasser writes about life and love in Zurich. In July, the LGBT activist and author recounts a conversation with her brother talks about a seemingly trivial statement: ‘I don’t care what you get up to in the bedroom!’

‘Of course I’m totally okay with you liking women,’ my brother said to me the other day, shrugging his shoulders. ‘I don’t care what you get up to in the bedroom.’ There you have it. One of the most common statements about homosexual and bisexual people. A sentence that sounds benign because it wants to say, ‘Your sexual orientation doesn’t matter to me, I care about people.’ Instead, it says, ‘I don’t care how you have sex.’

I’m glad my brother doesn’t care what I get up to in the bedroom. If he did, it would be weird for everyone involved. But why does he have to say so? When it comes to homosexuality, why do people so often say this exact phrase: ‘I don’t care what you get up to in the bedroom’? I usually interpret the statement as though what the person wants to say is: ‘It’s just about sexual orientation, and that’s none of my business – whatever floats your boat. But outside of sexy time, to me, you’re just a fellow human being, regardless of your sexual orientation.’ And that would be okay. That would be okay if, outside of the bedroom, I had the exact same life as people who happen to be straight.

Just as my brother doesn’t stop being straight when he leaves his bedroom, I continue to be bisexual when I leave mine.

Don’t get me wrong: I don’t care at all what people get up to in the bedroom. I’m always open to detailed conversations about sex that go on for hours. Part of that is accepting that people like to talk about sex in different ways. I probably wouldn’t talk about sex in detail for hours with my own brother, and that’s fine with both of us. In that sense, the feeling’s mutual: he doesn’t care what I get up to in the bedroom. And I, in turn, don’t care what happens in his. It’s a well-meaning, fraternal indifference (which, by the way, I prefer to disgust: ‘Eww, my sibling is having sex? What a hideous thought!’). But just as my brother doesn’t stop being straight when he leaves his bedroom, I continue to be bisexual when I leave mine.

When my brother steps out of his bedroom, he could propose to his girlfriend in the kitchen on a whim, and the engagement would be legally recognised, as would the subsequent marriage. They could then walk hand in hand around the city and nobody would insult or attack them because of their sexual orientation. When he comes home from his walk, my brother wouldn’t find any discussion anywhere on TV about whether or not he would be a good father because of his heterosexuality. You could say that my brother’s heterosexuality doesn’t stop the moment he steps outside the bedroom.

It’s fine if you don’t care what I get up to in the bedroom.

When I come out of the bedroom, maybe after a nap or a meditation session or reading a good book – the bedroom offers so many delightful possibilities! – I’m still bisexual too. In fact, I’m bisexual in every room imaginable. For example, in the registry office, where my partner and I wouldn’t be allowed to get married. Or in a conversion therapist’s office, because attempting to cure homosexuality is still legal in Switzerland.

So it’s fine if you don’t care what I get up to in the bedroom. Because what’s important is what happens when I leave it.