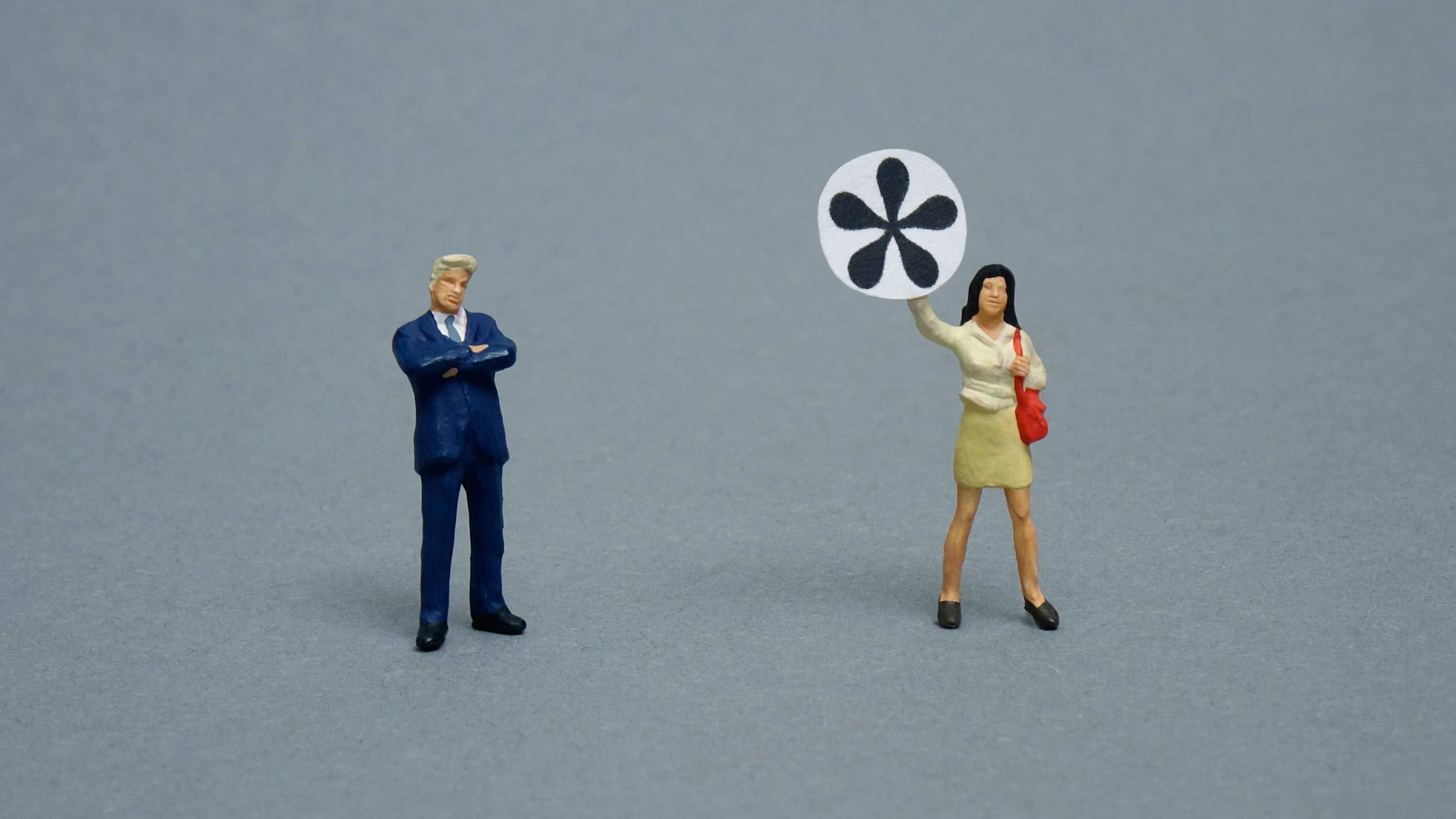 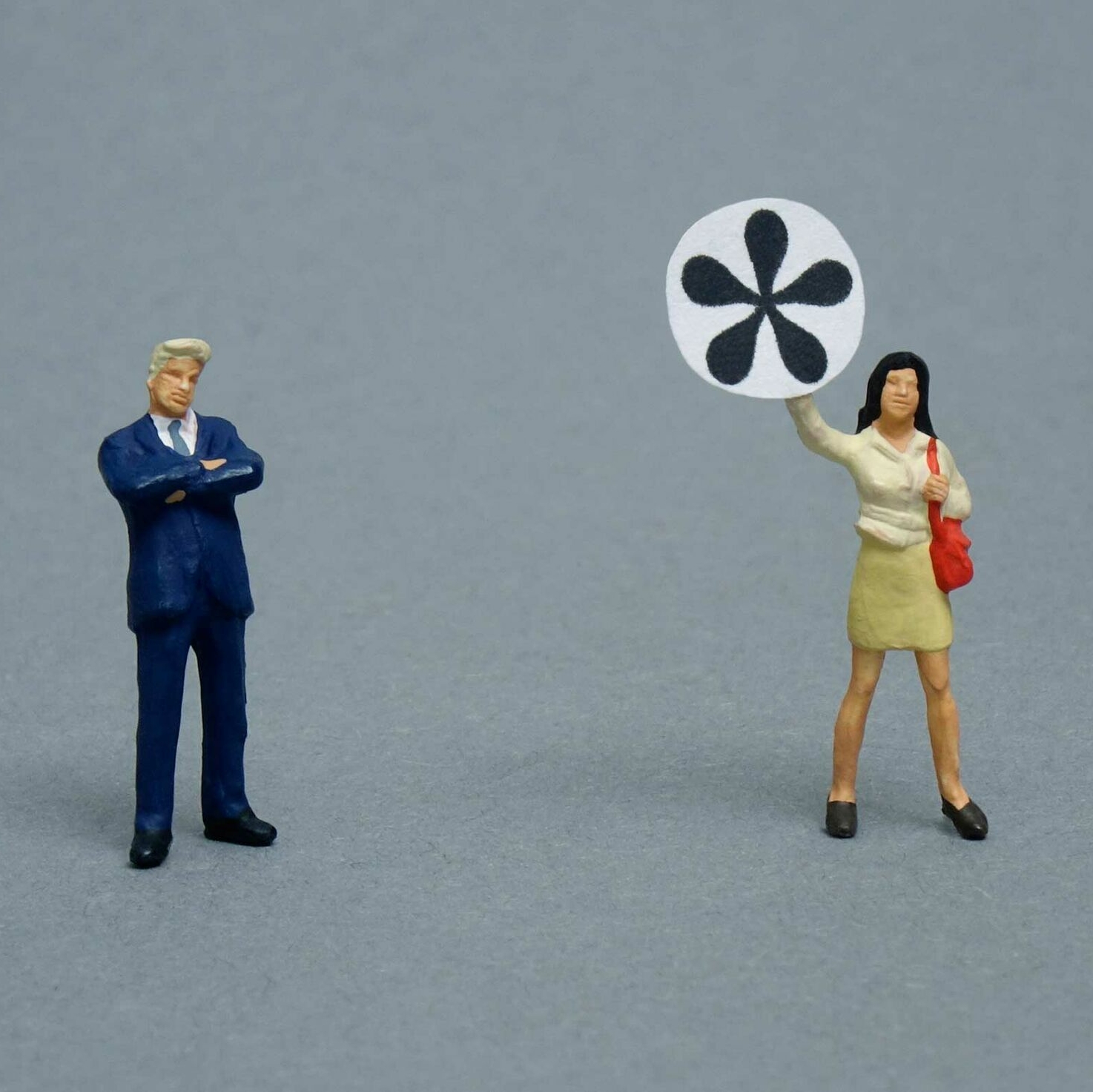 Once a month Anna Rosenwasser writes about life and love in Zurich. In February she vents her irritation with the German language for acting as though the world were predominantly male.

‘Maximum 5 customers’ says the A4 sign affixed to the glass door of the corner shop. I peer through the glass and cautiously step inside. I look around a little hesitantly, trying to count how many people are in the shop. A guy who presumably works there waves his hand reassuringly: ‘No probs!’ I find this a little annoying but respond pleasantly enough: ‘I just wanted to make sure there are no more than five people in here.’ ‘How many are allowed then?’ he replies. Now I’m definitely annoyed. ‘On your door it says five female customers,’ I respond. ‘Female customers,’ he retorts, and I could swear he’s grinning under his mask, ‘Isn’t that discrimination?’ – ‘Well, that’s what it says…’ – ‘No probs,’ he repeats! ‘I’m just kidding.’ I’ve had enough and head for the door.

The German language has an annoying habit.

I don’t care whether my local store lets in one too many people – I’m not the Covid police. But I am the gender-neutral language police. Seriously and without irony, it’s not about ‘kidding’. This isn’t a laughing matter.

It’s about language. The thing you just used to Google something. The thing that flows into your ear when you listen to a podcast. The thing you use when it’s time to call your mum again. Language is everything around us. And inside us.

But the German language has a really annoying habit – it acts as though the world were predominantly male. We constantly have to put up with the masculine form of words like ‘spectator’, ‘pedestrian’ and ‘reader’, as though this reflects reality.

People say: ‘It means women too!’ But when we say ‘hamster’, do we also mean giraffe? When we say ‘lettuce’ do we also mean ice cream? Saying ‘it means women too’ just isn’t good enough. But the German language does it all the time, using the masculine form to include women. If it’s that easy, why don’t we always use the feminine form? Because that would mean men too – the feminine form of ‘reader’ would also include male readers. Not the other way around.

Psychological research has shown that using the masculine form to include women influences the gender that comes to our mind. But let’s be honest, we don’t need a study to tell us that. When we ask a group of people to list five actors, the result is different to when we ask them to list five actors and actresses. Or even when German attempts to get around this by using asterisks or colons to create a word that means both actor and actress: Schauspieler*innen, Schauspieler_innen, or Schauspieler:innen.

Of course, it’s good to see the language finally trying to reflect the fact that women exist (weekly newspaper WOZ has been doing this since the 1980s, but most Swiss newspapers are still dragging their feet.) But the function of language is to reflect reality. And, in reality, there are more than two genders. Sociologists, biologists, historians and ethnologists have all confirmed this to be true. So we need options that reflect more than the binary ‘actors and actresses’.

We can change language.

People frequently complain that attempts to resolve this issue in German interrupt the flow when they are reading. But these are probably the same people who use an iPhone. With a small i! The same people who added ‘corona’ to their vocabulary within hours. You’d almost think it’s possible to get used to an evolving language.

And what about the spoken language? How are we actually meant to pronounce ‘Schauspieler*innen’? Just say it like it looks. To quote the guy in the corner shop: no probs.

Swimming in the Limmat – especially in winter!