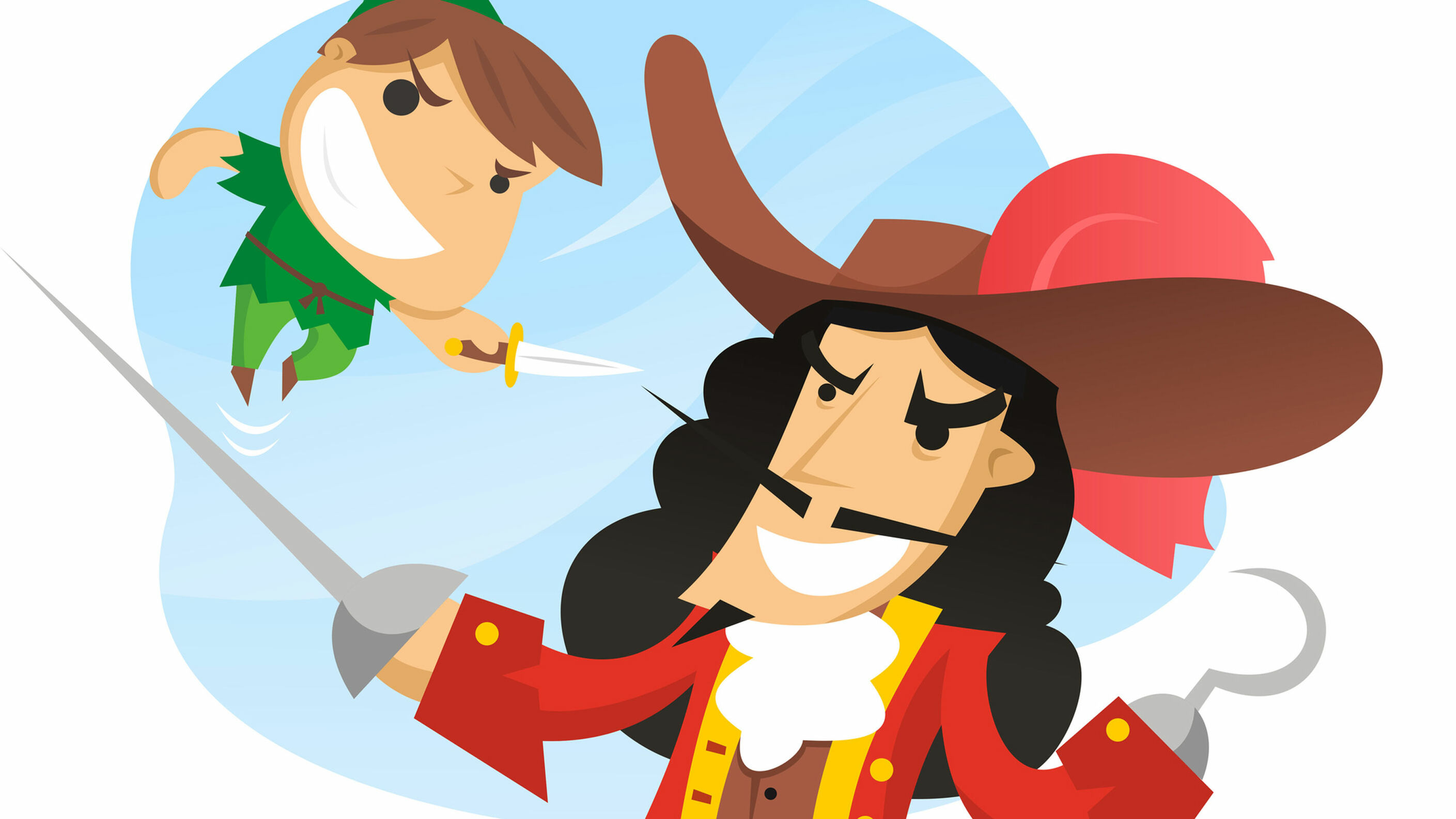 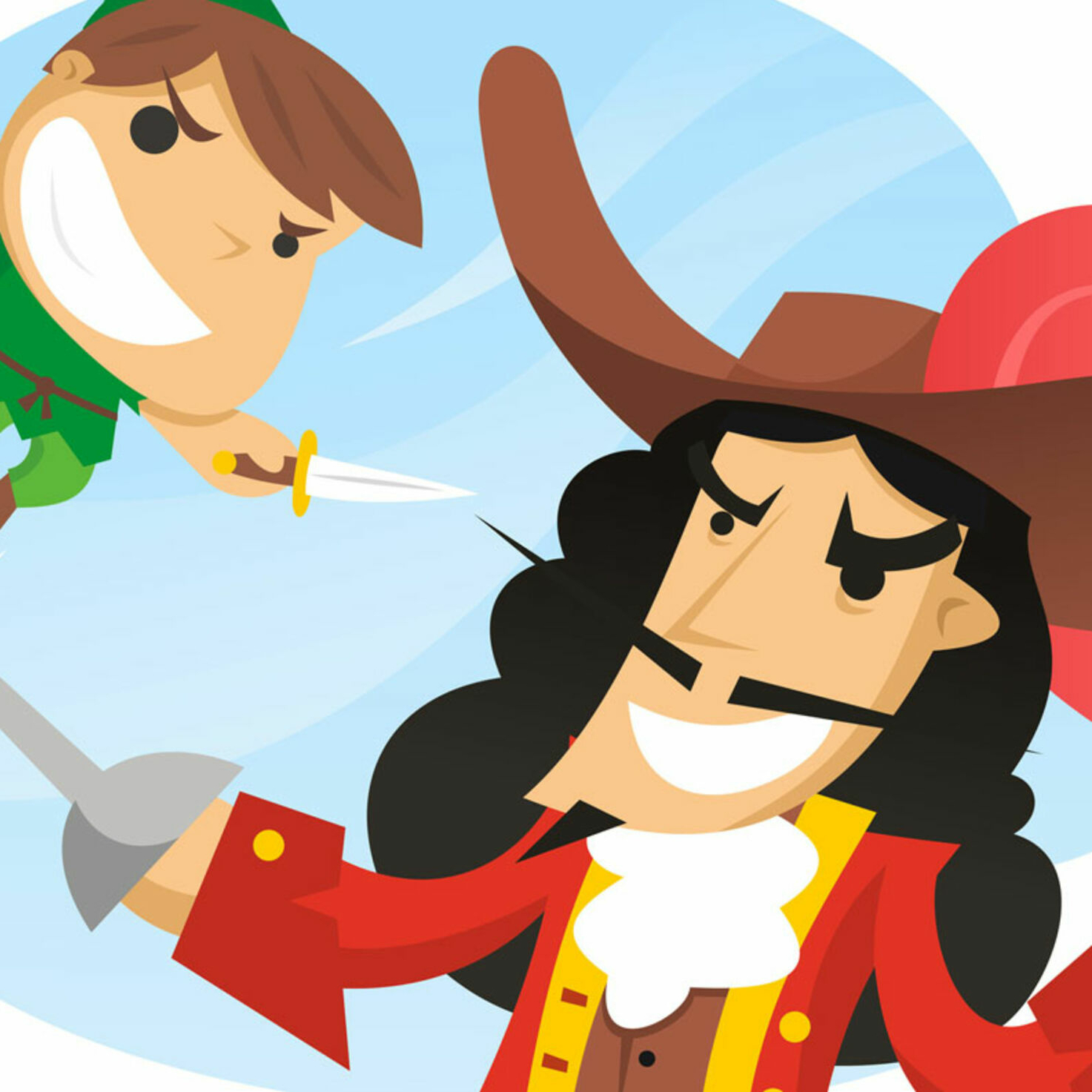 Anna Rosenwasser writes about life and love in Zurich. Now, the LGBT activist and author talks about beloved childhood memories of Peter Pan, Captain Hook and Aladdin. And of the realisation that quite a few villains have damn queer traits.

For a few weeks of my life, I was called Peter Pan. As a young child, I crafted myself a Peter Pan hut out of a green cardboard box, announced to my parents that I was now called Peter Pan and it appears that’s how it was for a little while. After a few days, or probably weeks, the phase passed – I think it was a really lovely phase, and my mum still confirms to this day that my memory isn’t deceiving me.

It’s just one example of my abiding love for the characters from nineties Disney films. My first cuddly toy was Flounder, the yellow and blue fish from The Little Mermaid, and after my Peter Pan phase I liked to play Aladdin. There’s also a scene from The Lion King that I still know off by heart.

‘For anyone thinking that I might now suddenly find what used to be my favourite films stupid: think again.’

There’s now been a good two-decade gap since I developed this early love for Disney. Two decades, and an awful lot of feminism. For anyone thinking that I might now suddenly find what used to be my favourite films stupid: think again. I still love them. I may not be obsessed with them any more, or make myself little cardboard huts – but I do think about what can be deduced from these films, what I missed as a child.

For young Anna, it was clear who was good and who was evil. Peter Pan’s enemy was of course Captain Hook, with his black wavy hair and fine moustache. For Ariel, it was of course the evil Ursula – a large half-woman, half-octopus with far too much make-up on. Aladdin’s adversary is Jafar, the tall guy with eyeliner and such a sleazy voice. He’s quite similar to Scar, the evil uncle in The Lion King, who also looks as though he’s wearing eye make-up (in addition to his scar, after which he is named), and whose haughty personality is also rather sleazy.

‘Hang on a second. They’re queer as fuck.’

Now I’m an adult, I look at these villains from my favourite films and think: hang on a second. They’re queer as fuck. How many male thugs have such feminine traits and wear flowing, almost dress-like clothing? Wear make-up and appear vain, have rather high-pitched voices and act in an ‘un-manly’ way? They’re not all bad qualities – but for Disney, that’s how the baddies are, not the goodies. The princes, on the other hand, are masculine and handsome, definitely not feminine or wearing make-up. And then there’s Ursula: enormous, loud, fat. She’s got short hair, a deep voice, powerfully takes up space. We can see now that this character is based on a drag queen (if you google, ‘drag queen divine’, you’ll see how obvious it is).

‘Of course, no one actually says that. Jafar doesn’t have a gay pride badge on his cloak.’

In short, anyone that’s evil in Disney films often comes across as rather queer. Of course, no one actually says that. Jafar doesn’t have a gay pride badge on his cloak, and Ursula doesn’t call out ‘We are born naked, the rest is drag!’ when being all manipulative. However, what are produced as ‘queer characteristics’ – for example effeminate behaviour in men – are also linked with wrongdoers in films like these. It’s called ‘queer coding’, and it’s a subject I would recommend to every queer Disney fan, at the very least. And what about Peter Pan, the hero of my early childhood? He’s no villain. But he is a real twink.