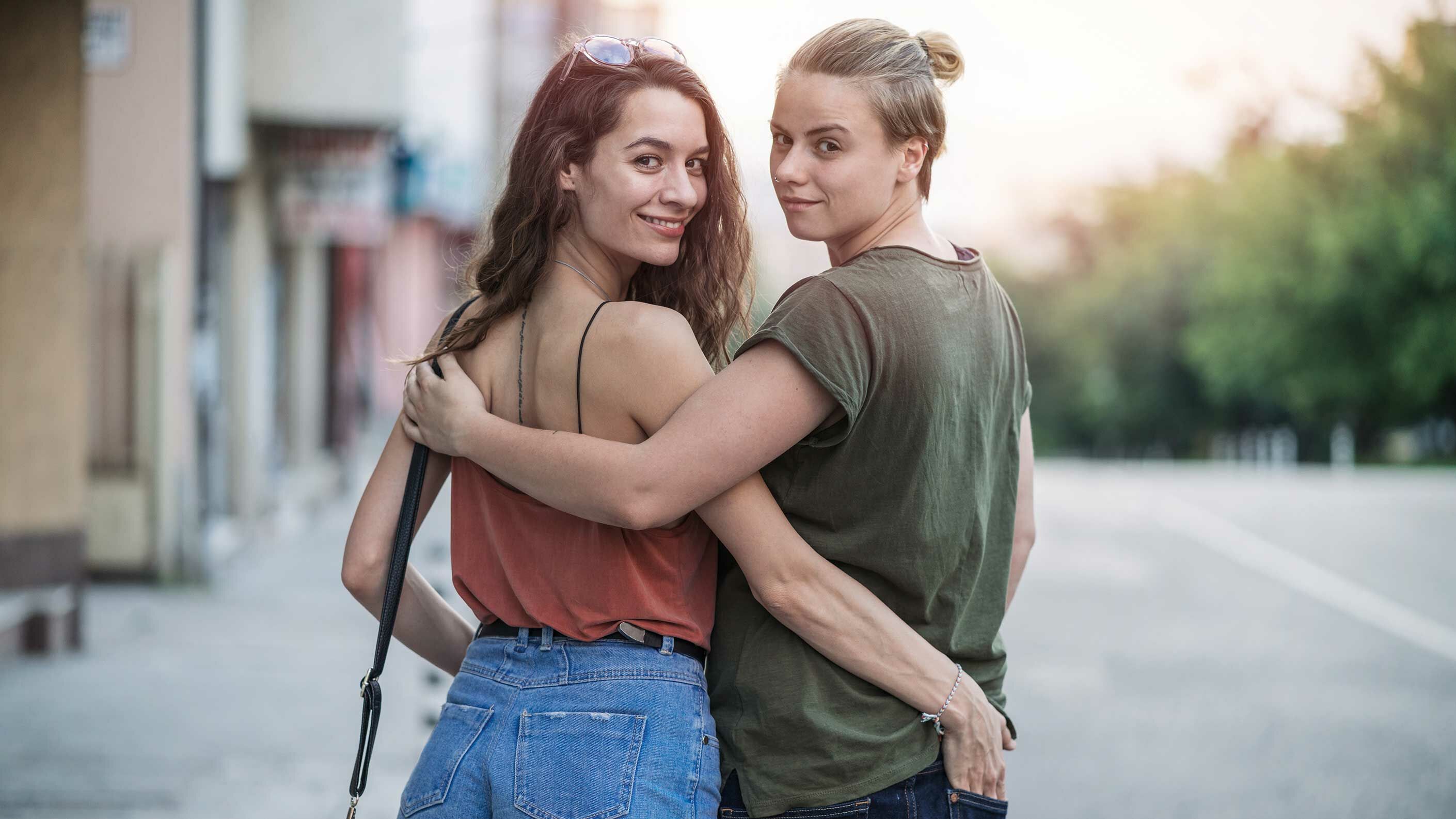 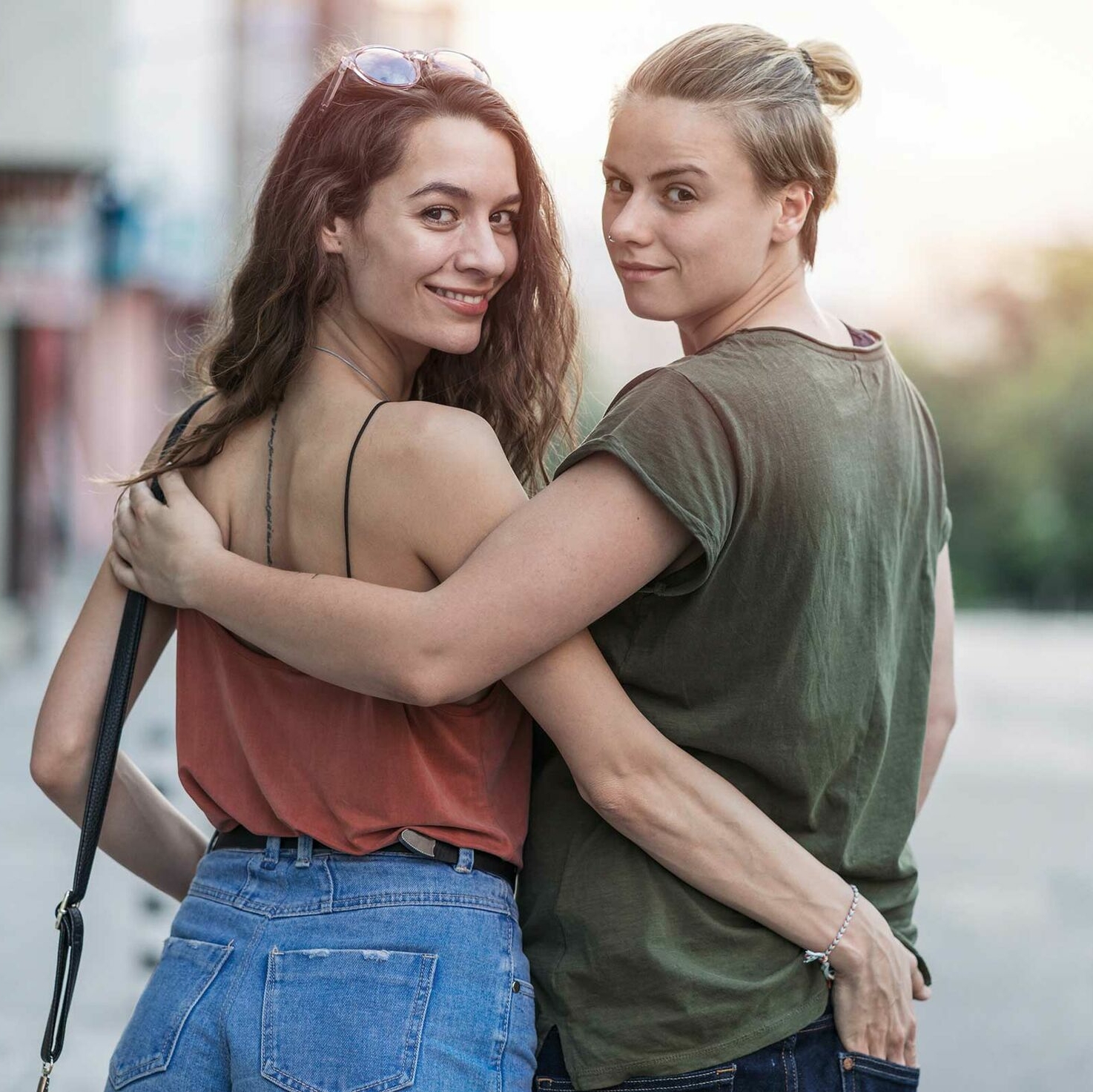 Every month, Anna Rosenwasser writes about life and love in Zurich. In November, the head of Lesbenorganisation Schweiz (the umbrella organisation for lesbian and bisexual women in Switzerland) tells us how the German language drives her to despair. Because her girlfriend isn’t just any old girlfriend.

The guy on the phone was trying to sell me some kind of recycling service, and to be honest, he had me on the hook. It was a special offer. ‘Sounds great,’ I said, ‘but I need to talk to my girlfriend.’ ‘Sure, discuss it with your friend.’ Oh. He must have misunderstood me. My girlfriend’s not just any old friend. She’s my girlfriend. OK, he misunderstood.

Our language beats around the bush.

‘If you want, I can send you a contract tomorrow,’ he said. I tried again: ‘No, first I want to see if my girlfriend wants the service – we live together.’ ‘No problem,’ he said, ‘Talk to your flatmate.’ My girlfriend and I have our own place, it’s more than a flatshare. ‘No, we live together,’ I repeated – because the offer depended on the size of the household. ‘OK,’ he said, ‘talk to your friend and I’ll send more information if you need it.’ Suddenly I decided I didn’t need his service and his special offer wasn’t so attractive after all.

The German language has problems with intimacy. In fact, it struggles with anything that involves getting up close and personal – love, sex and everything in between. Our language beats around the bush, often pussyfooting around important topics as if we’re all scared of intimacy. ‘Making out’ (with what? Where? How?). ‘Start something with someone’ (a new business? A puzzle?). ‘Have feelings for someone’ (Hate? Grief? Joy?). It’s as if affection is Lord Voldemort personified, and we’ll do anything to avoid calling a spade a spade.

But the woman I am in a relationship with is also my girlfriend.

And which joker came up with the idea of using the same word to mean both friend and romantic partner? The women I have been close to over the years are not just any old friends, they are my girlfriends. But the woman I am in a relationship with is also my girlfriend. Do I really have to refer to a good friend as ‘a girlfriend’ but to my partner as ‘my girlfriend’? Like the possessive is all that separates them?

The problem would be solved if I was straight and women were just friends. They would all know that there was nothing in it (another Lord Voldemort term), and if I were close to a guy no one would question what kind of closeness it was. It would be so easy – but that’s not how people tick. Many of us have friends of the opposite sex, and lots of people are not hetero; when you assume ‘my girlfriend’ is just a friend, you’re assuming that I can’t be with a woman. (By the way, ‘be with’ is another Lord Voldemort word.) When I dated men, everyone assumed that ‘my boyfriend’ meant my lover. No one said, ‘Oh, you’re platonic flatmates, how nice. Isn’t it great to have friends?’

I don’t think the recycling guy on the phone did it on purpose. I’m not assuming he hates lesbians and goes to straight pride rallies (yes, that’s actually a thing – there was one recently in the USA. In fact, every carnival parade is a straight pride parade). No, my question is: what kind of world do we live in when a young man can’t imagine that the woman on the other end of the phone could possibly be in a relationship with another woman? In this world, it’s not only our language that is afraid of new things. We are too.