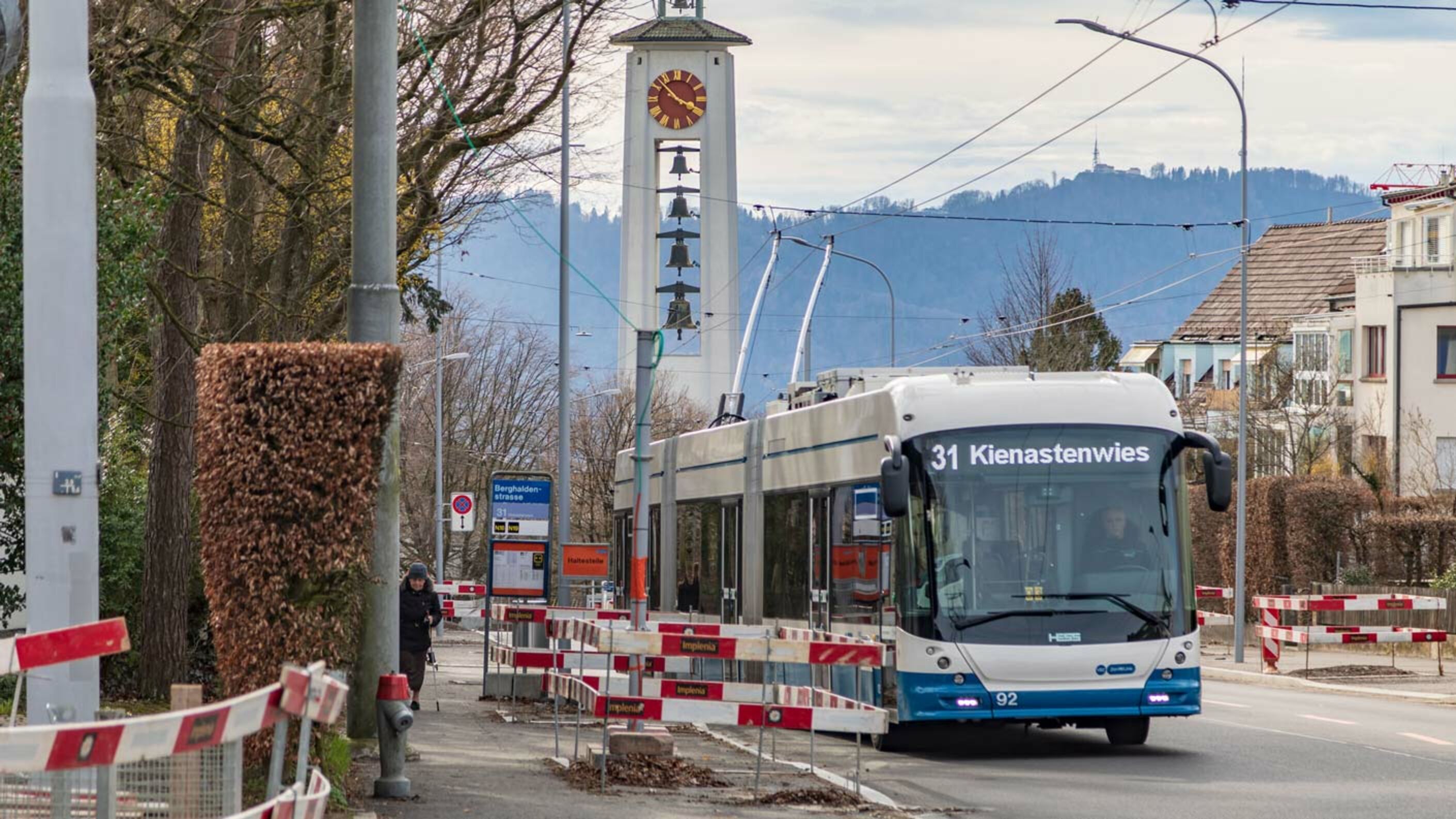 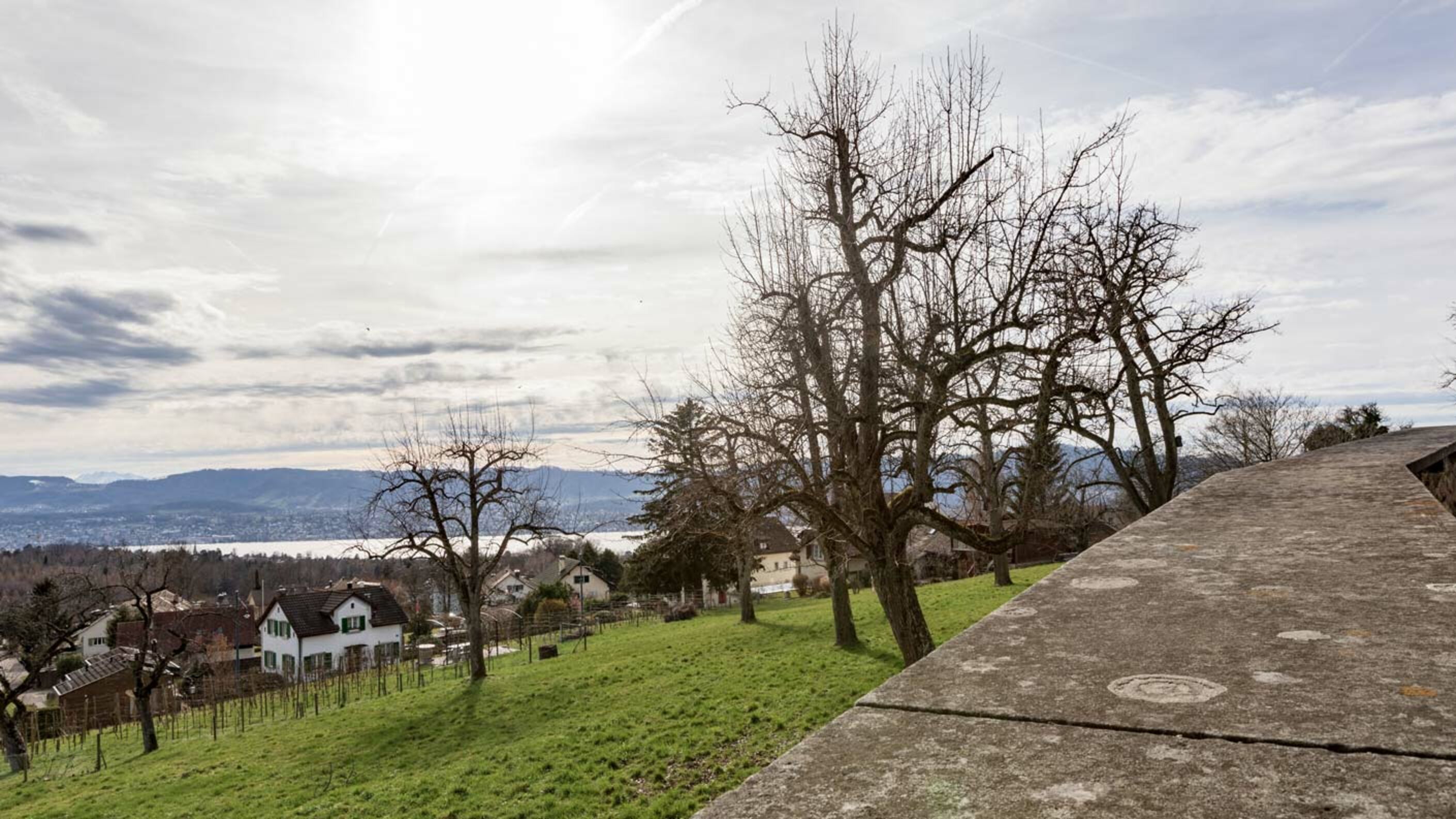 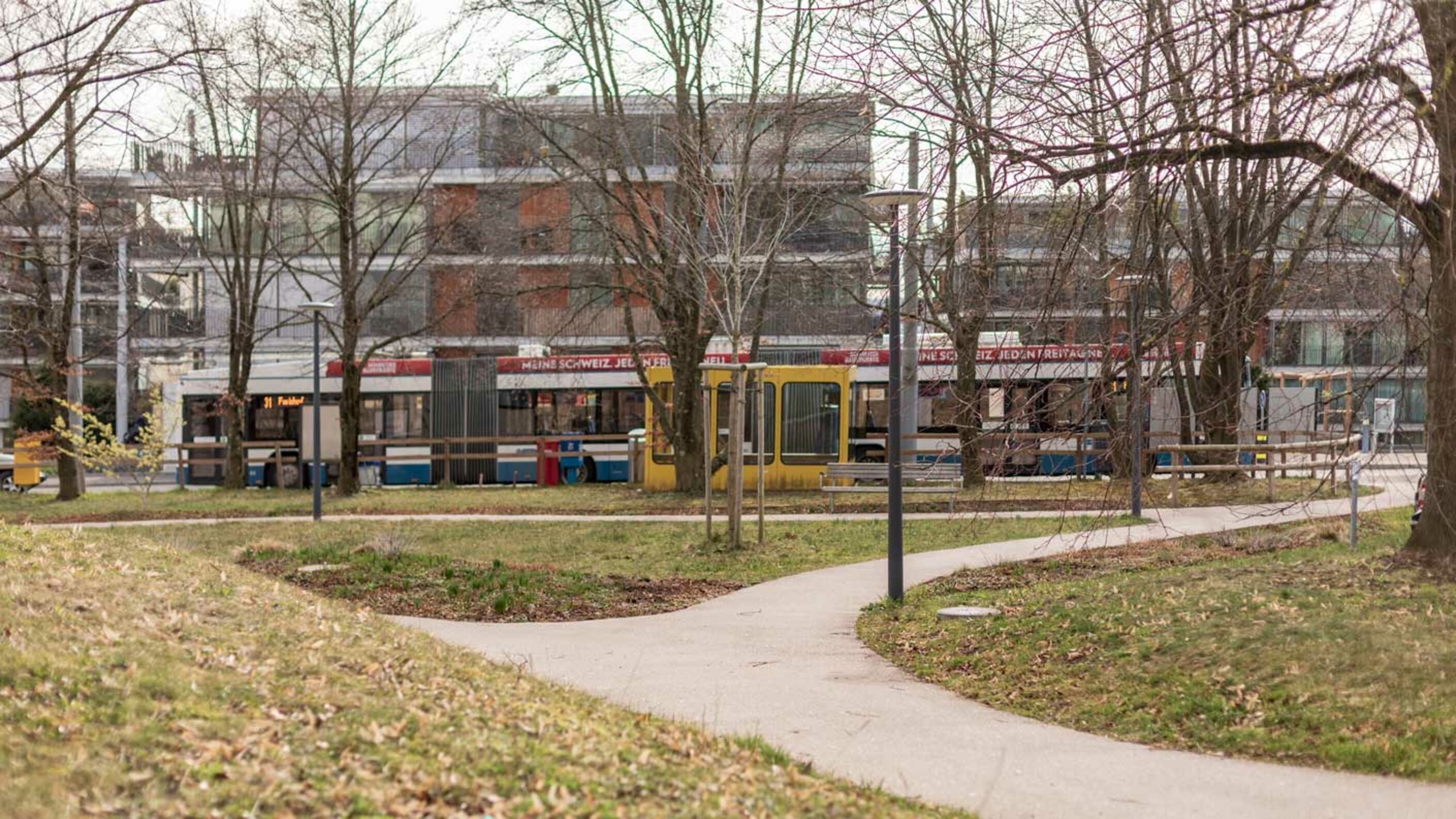 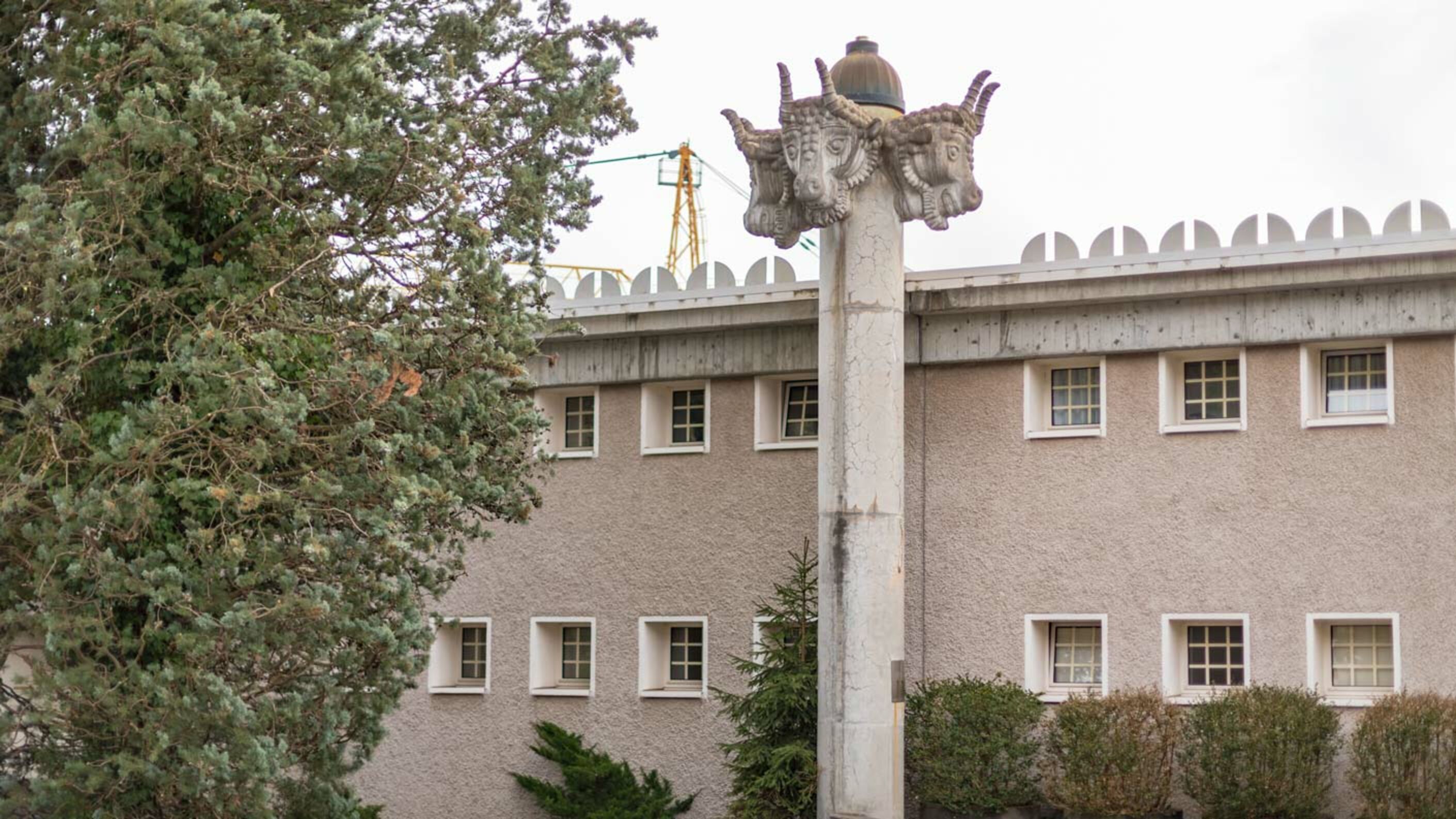 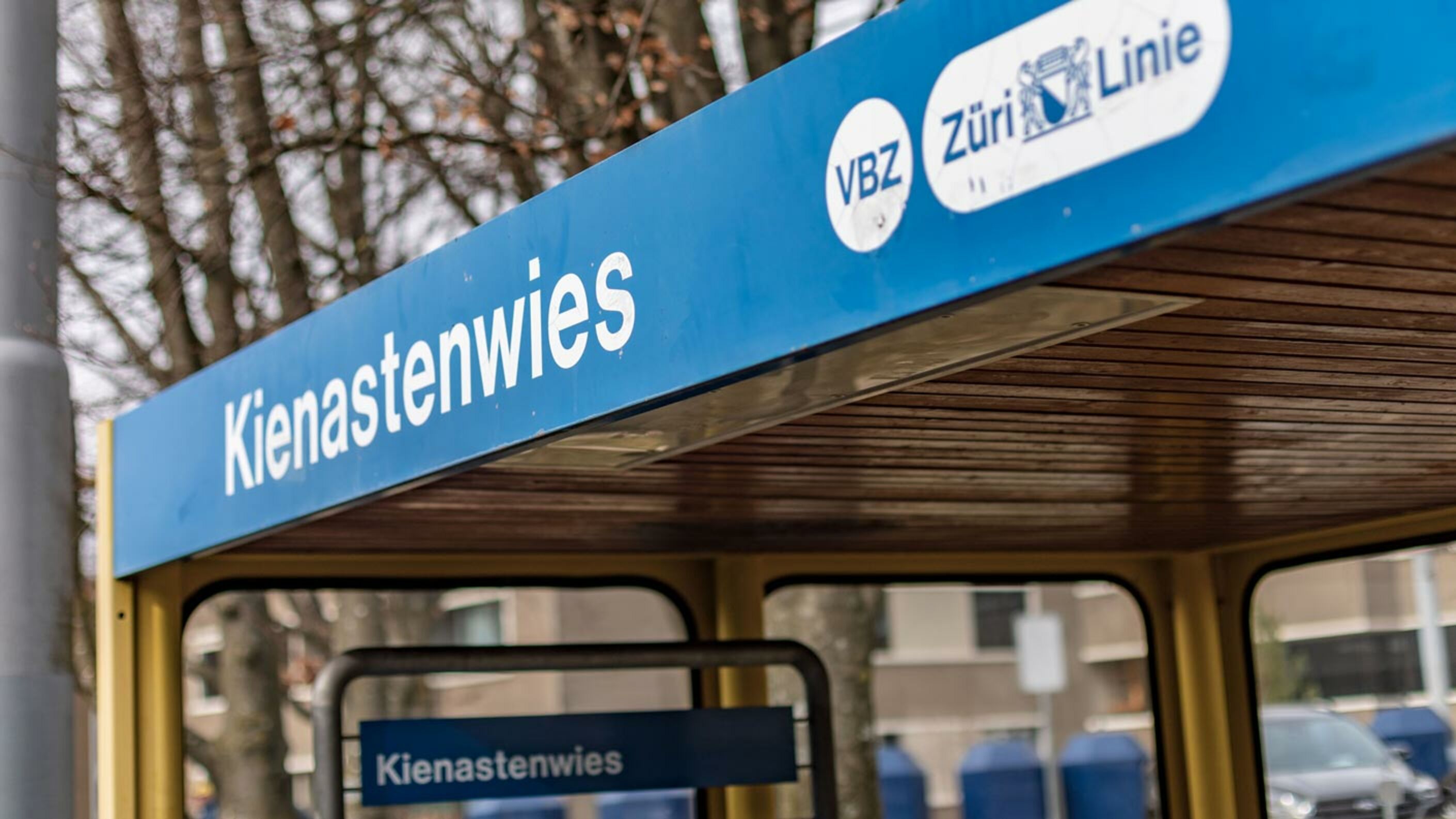 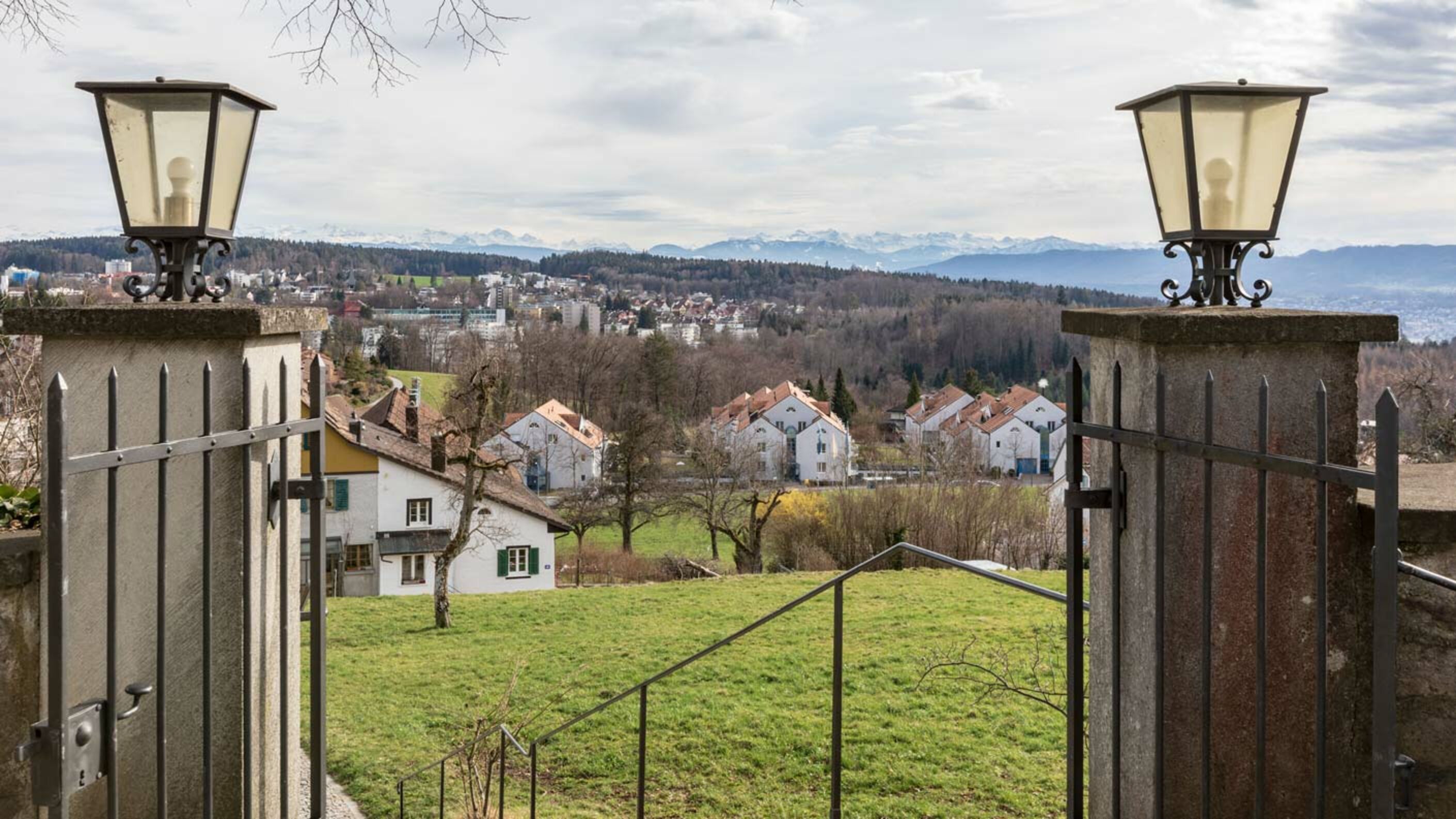 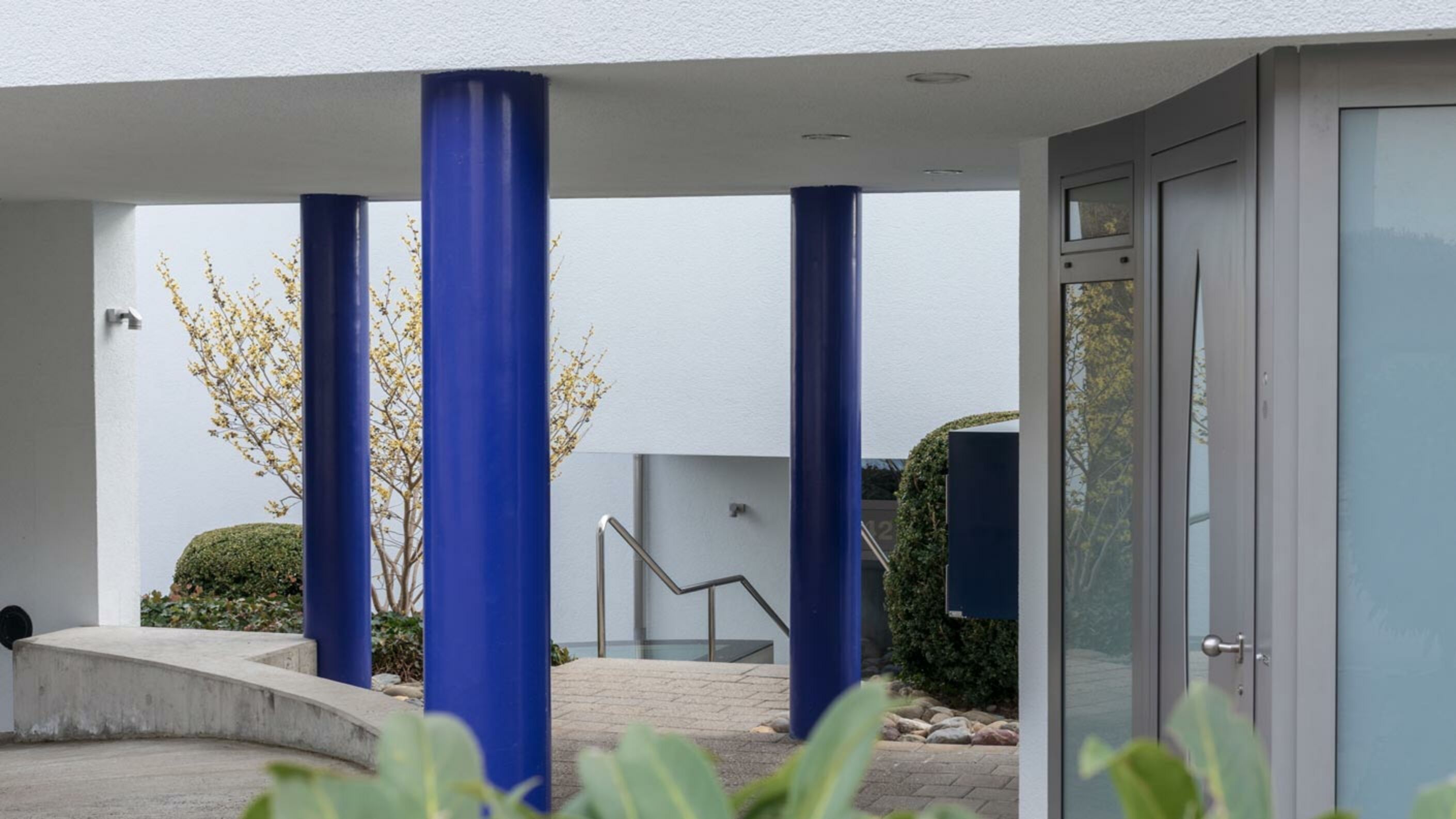 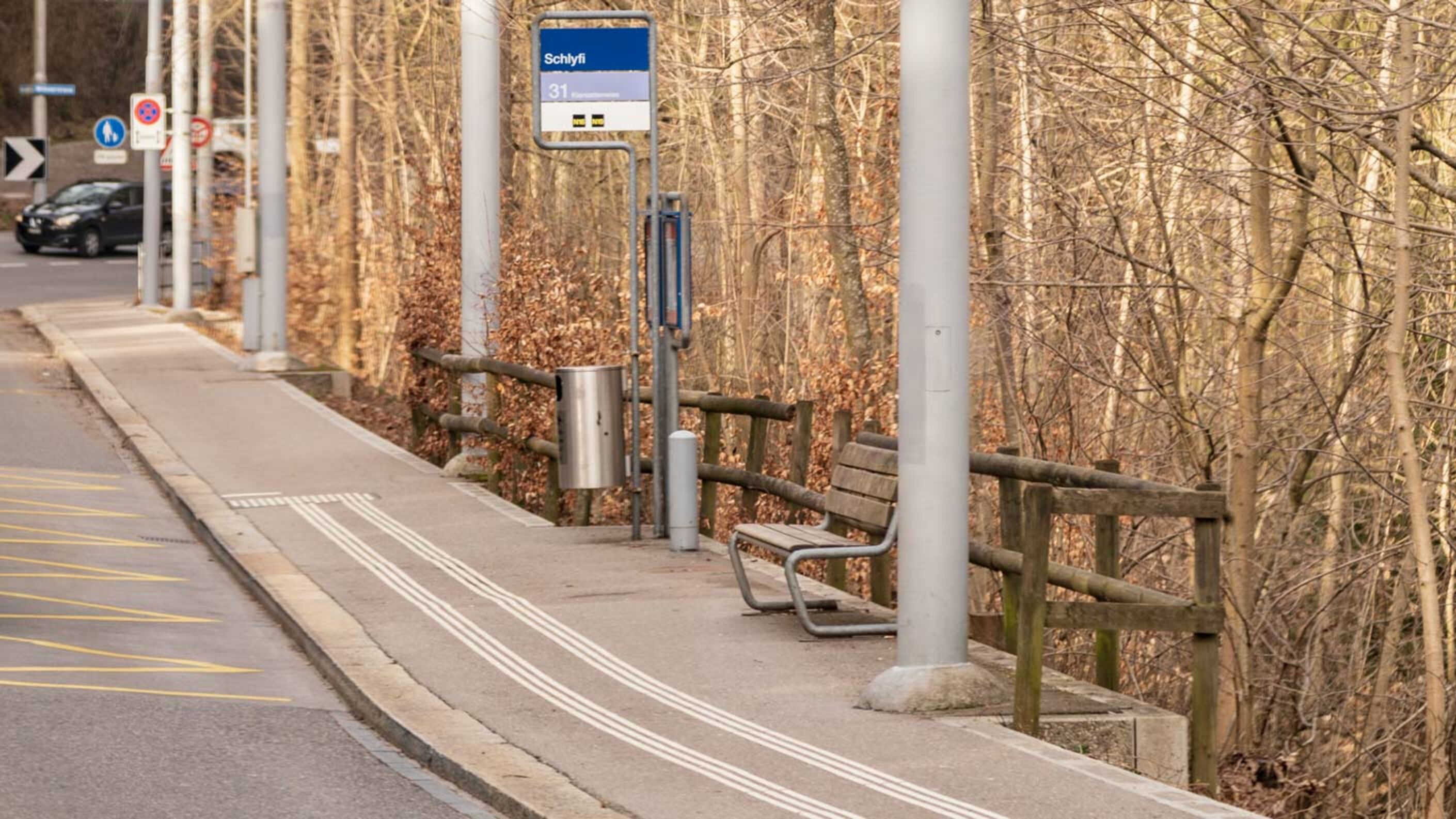 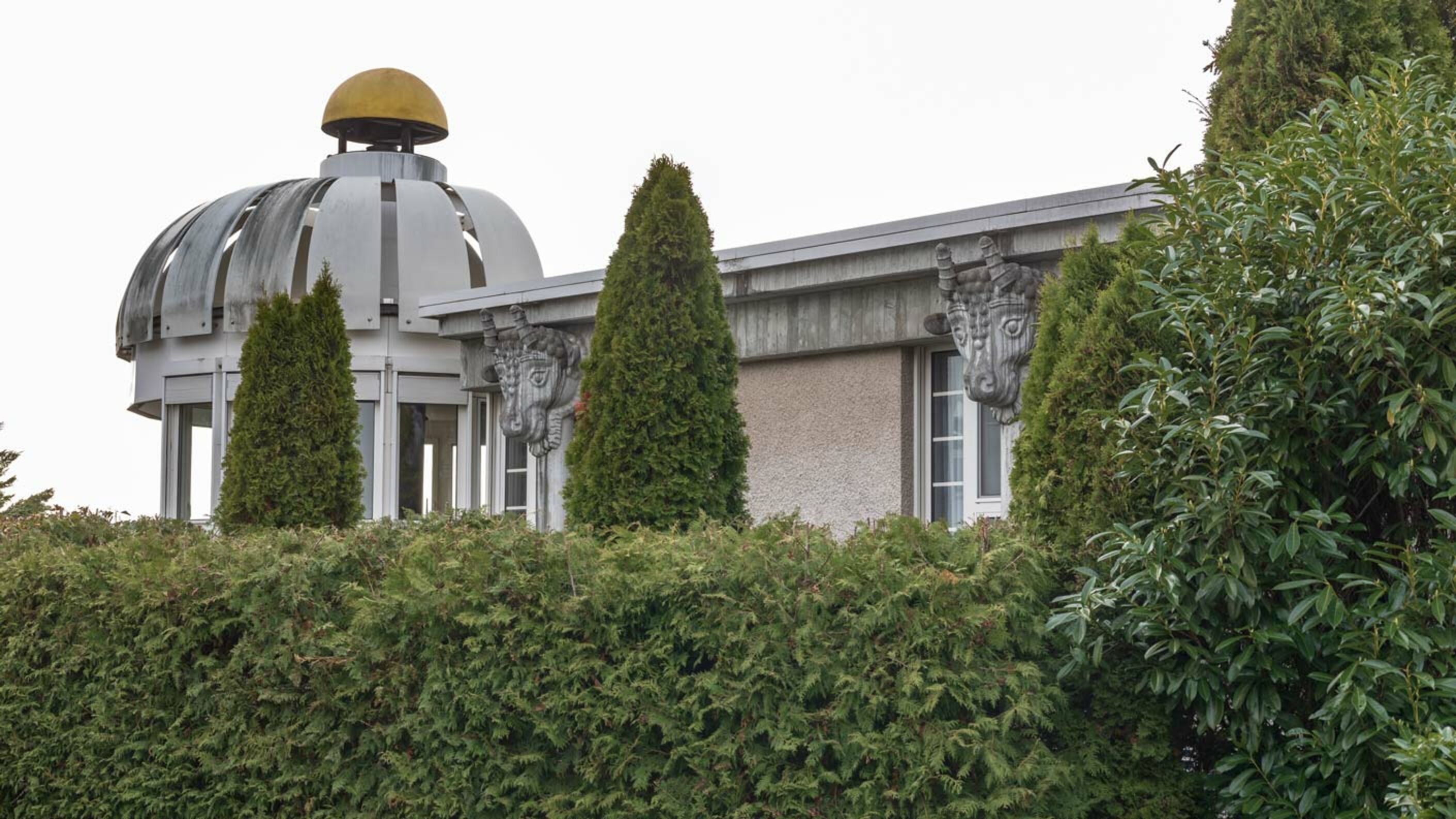 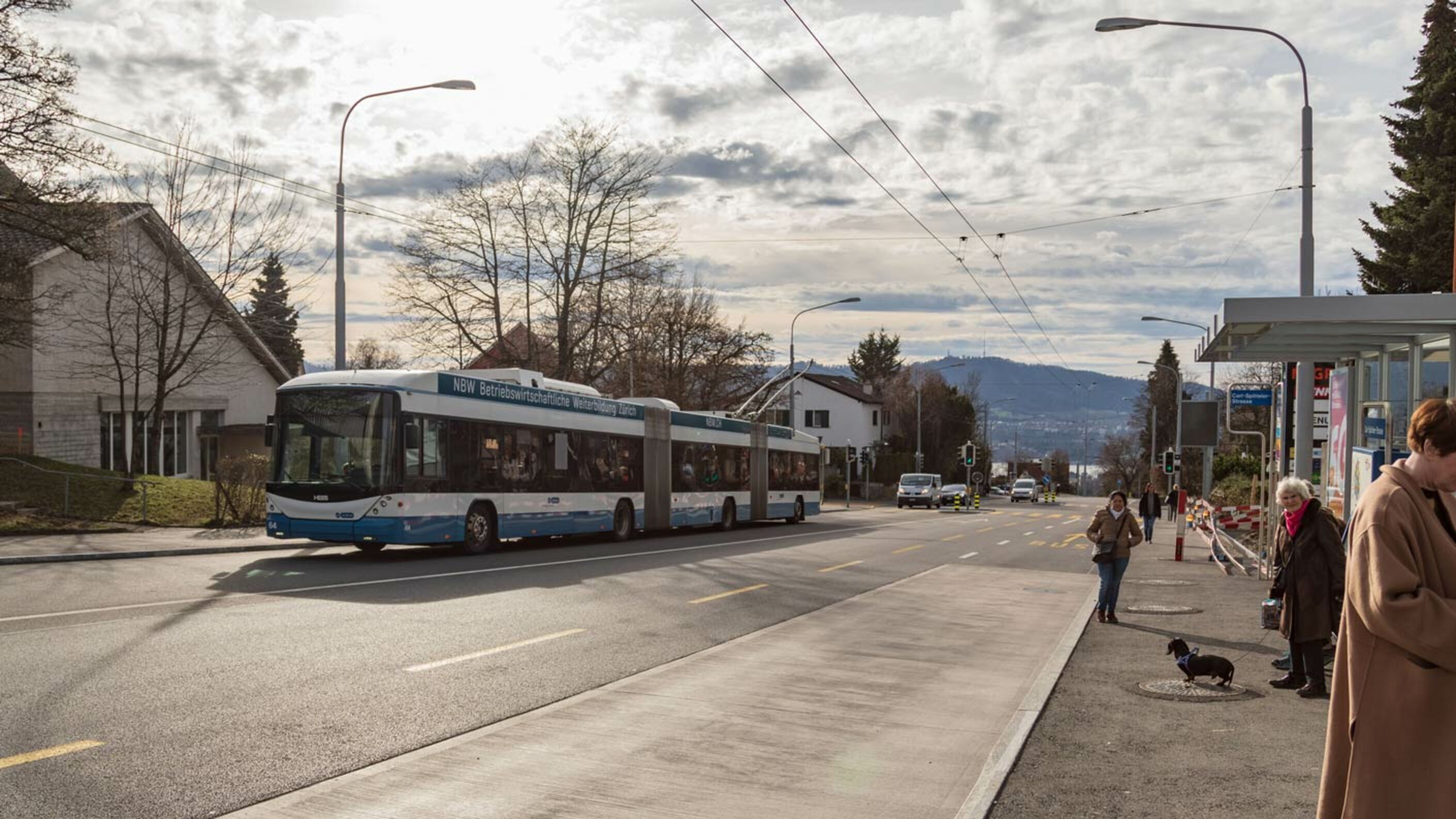 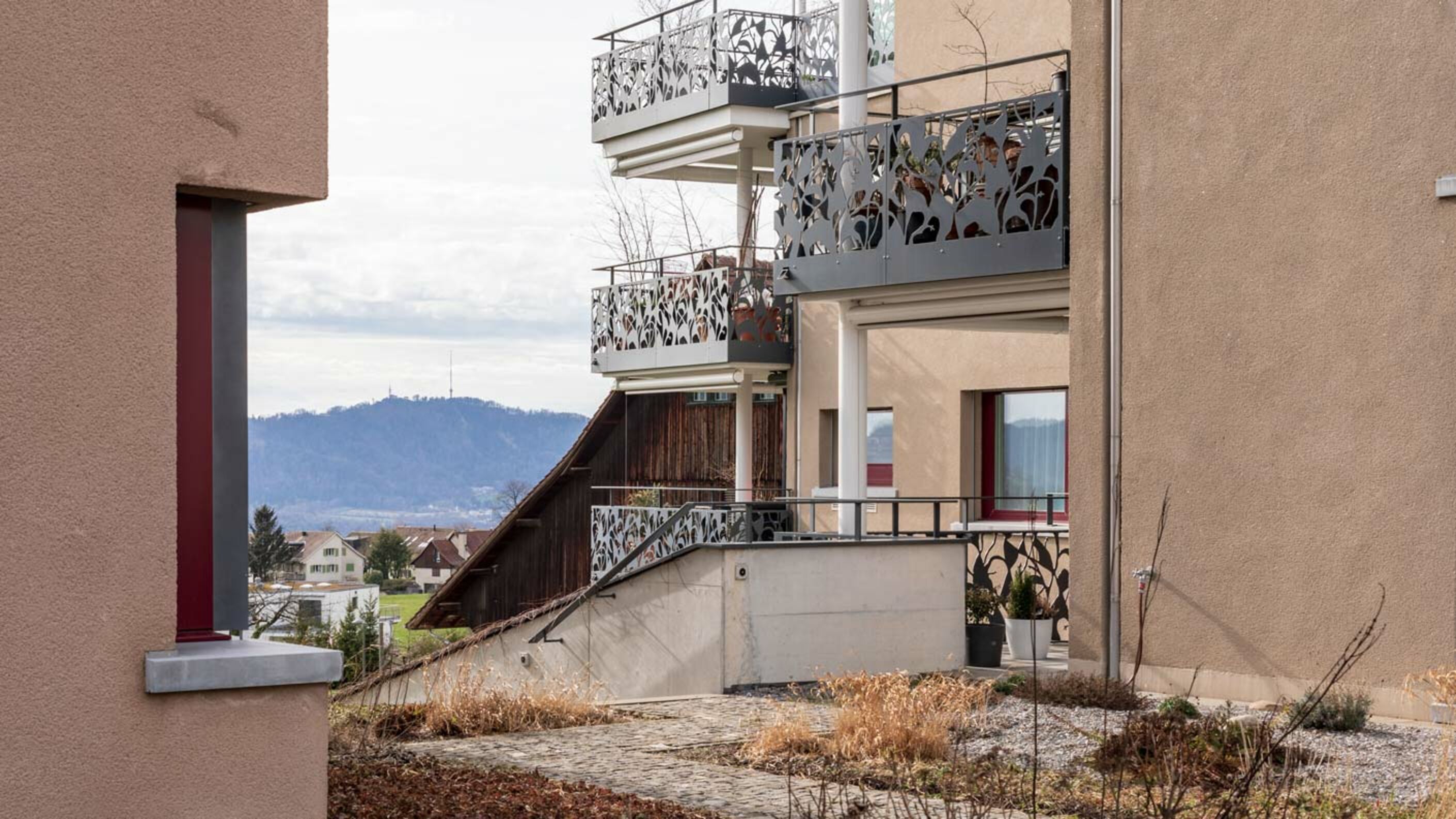 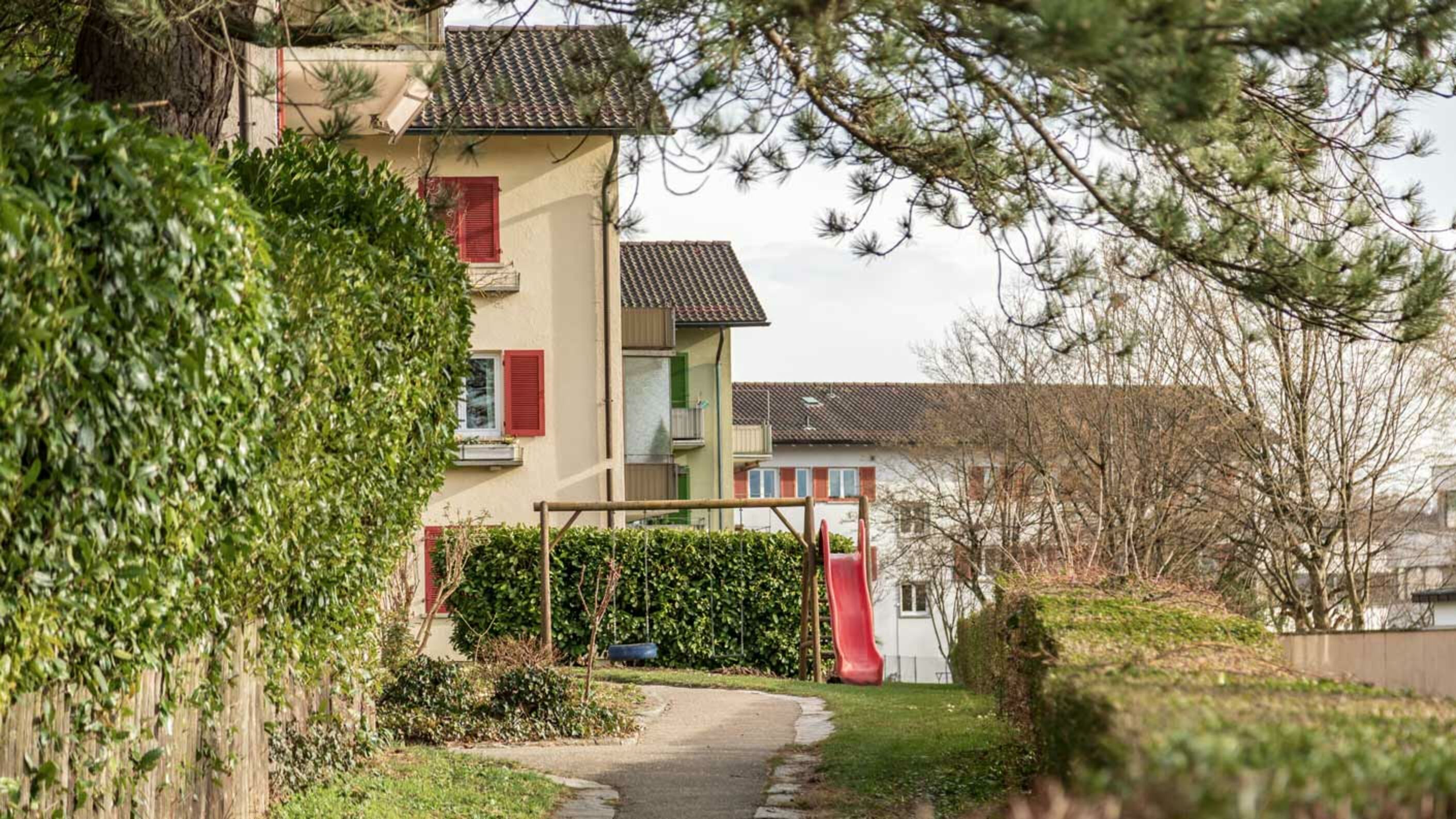 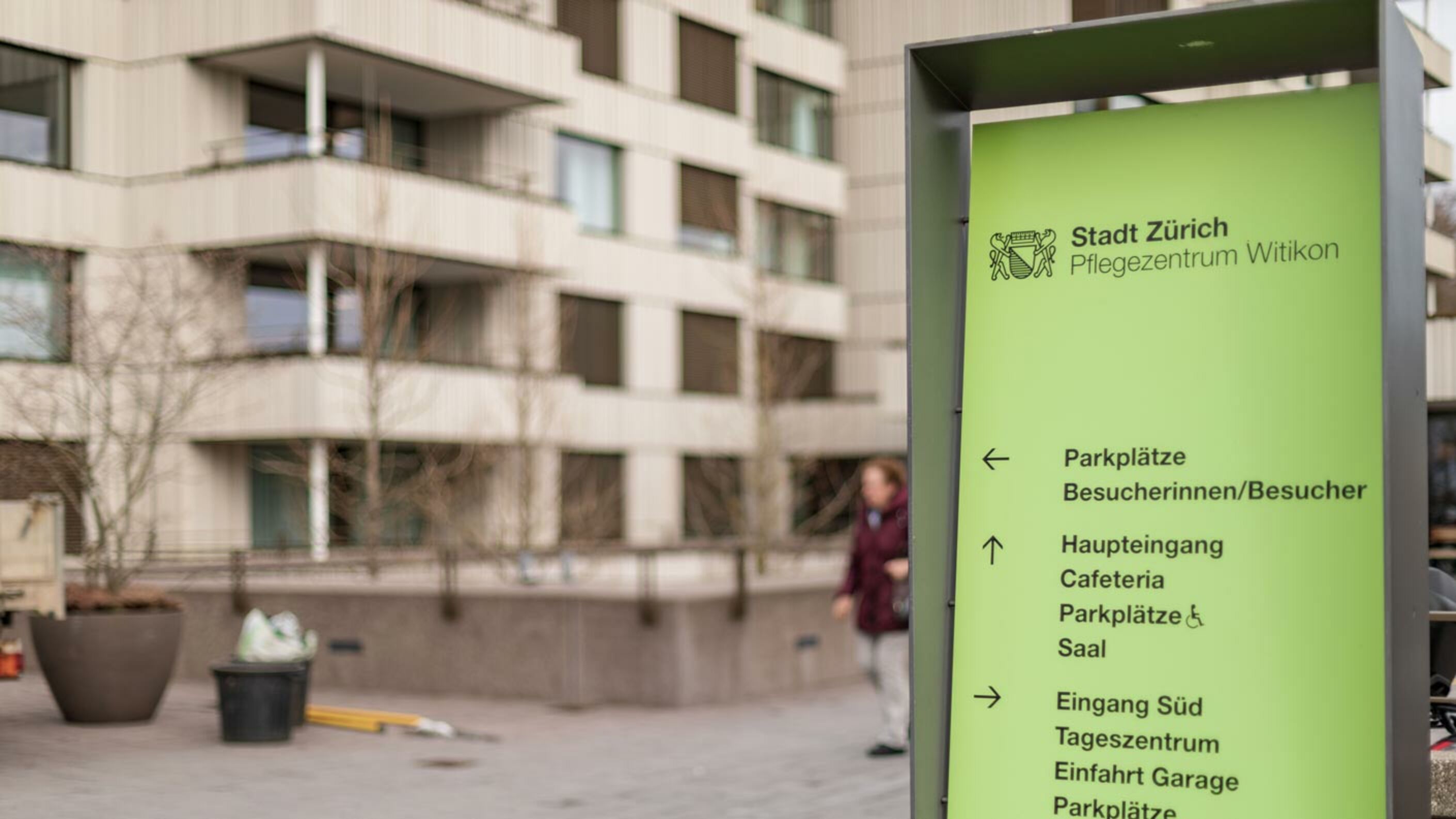 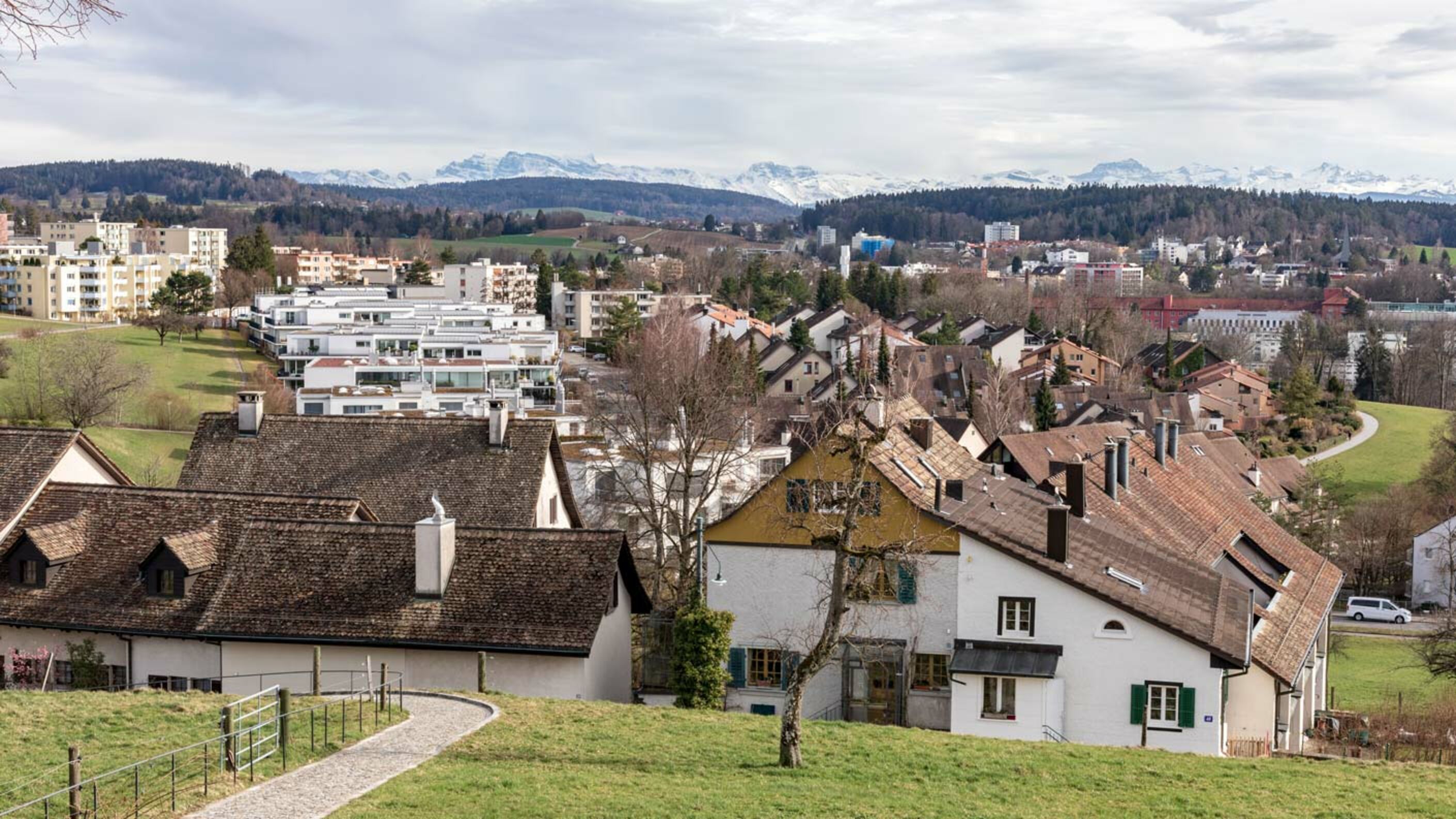 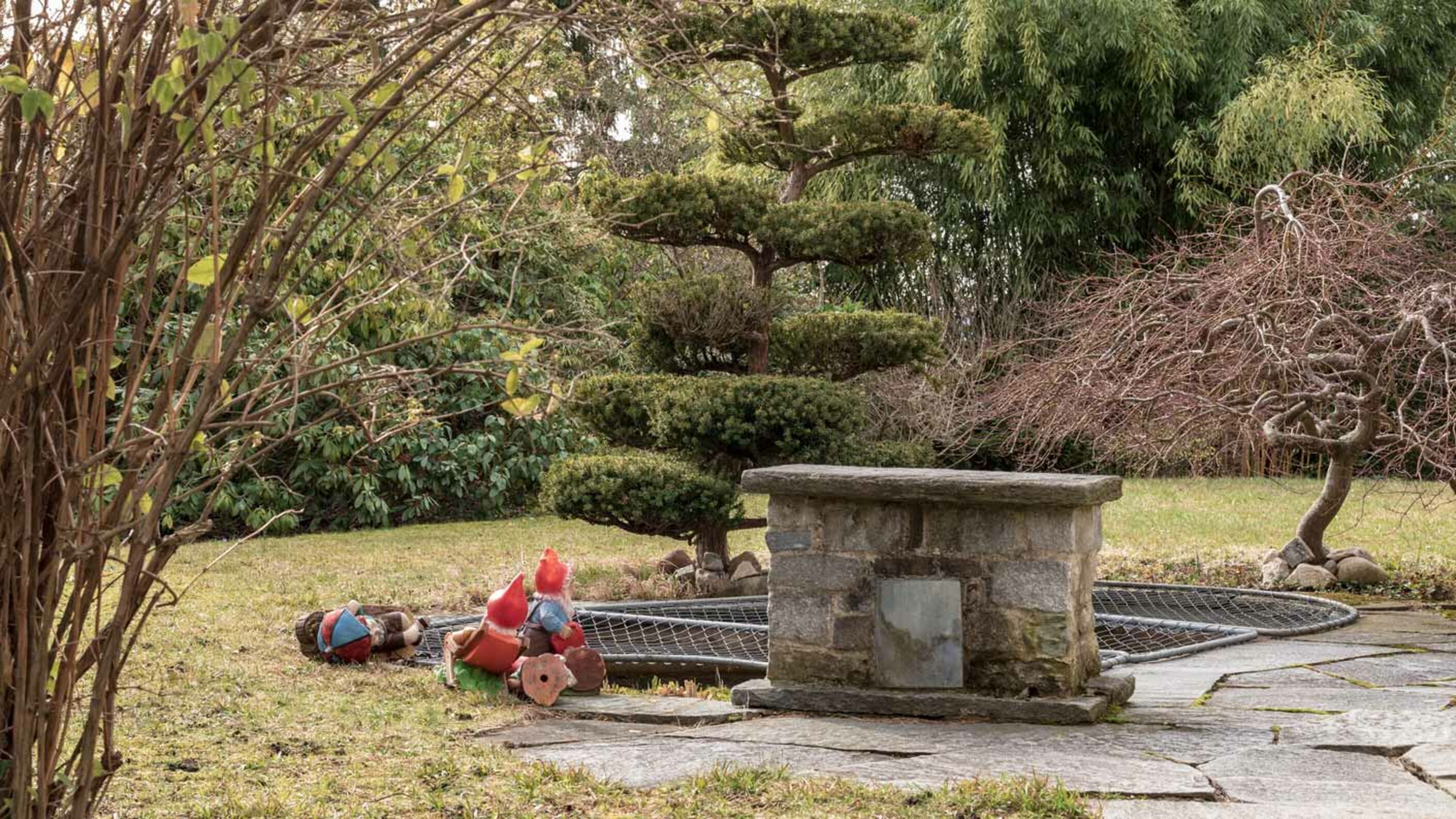 For a long time, the residents of Witikon had no direct transport link to the city. But since December 2017, line 31 has been terminating here. The first thing that anyone getting off at the Kienastenwies final stop will wonder is who lives in the house with the imposing bull statues?

On Sunday 10 December 2017 at 4:30 am, Marc Pfenninger drove his 25-tonne double-articulated bus ‘Longo 2’ on its maiden voyage from the Hardau bus depot towards Witikon.

Before then, the only way to reach Witikon for the last 71 years was on the 34 bus line from Klusplatz. It was one of the only districts that had no direct transport link to the city centre. This was particularly infuriating for older public transport users, as there are a number of care homes and retirement homes and residences in Witikon.

At 621 metres above sea level, there are some amazing views of the Alps. For the time being anyway.

In 2017, 6500 people travelled to and from Witikon every day. It took countless initiatives and petitions from local residents until an agreement was finally reached by a round table of representatives from the Zurich Public Transport Association (VBZ) and district locals. The 34 bus was cancelled and the route of the 31 was extended from Hegibachplatz. This meant that residents could now get to the city centre without having to change buses.

The journey on the 31 bus, which takes almost 40 minutes, practically passes right through Zurich, from the former Aussersihl worker’s district to Bahnhofstrasse and Zurich’s main train station via the Kunsthaus art museum. The journey takes you far beyond other final stops and you get panoramic views of the city and the lake.

Witikon, north of Zollikerberg and east of Hirslanden, is the highest district of the city. At 621 metres above sea level and at the southern foot of the Adlisberg mountain, there are some amazing views of the Alps. For the time being anyway. As you drive along to Kienastenwies, you pass numerous plots of staked-off land. Despite the high land price, Witikon is being developed.

Kienast is also the word for a torch made from the resinous wood of a pine tree.

Kienastenwies owes its name to a former resident and his meadow (‘Wiese’ in German), which is known as the ‘Chienastenwies’ today. Not unlike the Holzerhurd final stop, which is named after a man with the surname Holzer, who built a hurdle (a type of woven fence) around his property. Kienast, which is also the name of the local area, is also the word for a torch made from the resinous wood of a pine tree.

The path just before the Kienastenwies bus stop is lined with staked-off areas of land where new housing estates will soon be built. A farmer on his tractor tells us that the construction work is one of the reasons for the new final stop. He is one of the few people that we come across on our walk through the neighbourhood. We also see a few mothers with their children at the playground between the housing estates, a jogger in the forest – and a deer.

It’s not like affluent Zürichberg, the farmer says. But the people who live here are not exactly poor. There is a diverse population. As well as family homes and apartment blocks, a cooperative has set up a settlement. There are more construction sites on the edge of the forest.

Worse than in South America – unbearable. This was the feedback when the extended number 31 bus route was first put into operation.

Outside one particular house, we discover bull statues erected on columns. The house belongs to Justus Dahinden. This award-winning Zurich local is one of Switzerland’s best-known architects – and probably the most famous resident in the district. The soon-to-be 94-year-old no longer lives in the house, but his son has taken up residence.

Worse than in South America – unbearable. This was the feedback in December 2017 when the extended number 31 bus route was first put into operation. The reason for the passenger complaints was the delays of up to 40 minutes during peak times. Sometimes the numerous construction sites along the route were to blame, sometimes it was the lack of bus lanes. The fact that the bus always ran on time to the minute outside of rush hour was irrelevant to many people. But since a new route opened for the trams over the Hardbrücke bridge at the same time, the new final stop has been forgotten.

It takes 45 minutes to travel from Farbhof to Kienastenwies on the number 31 bus. For the timetable click here.

These are the seven best photos of Zurich taken this week