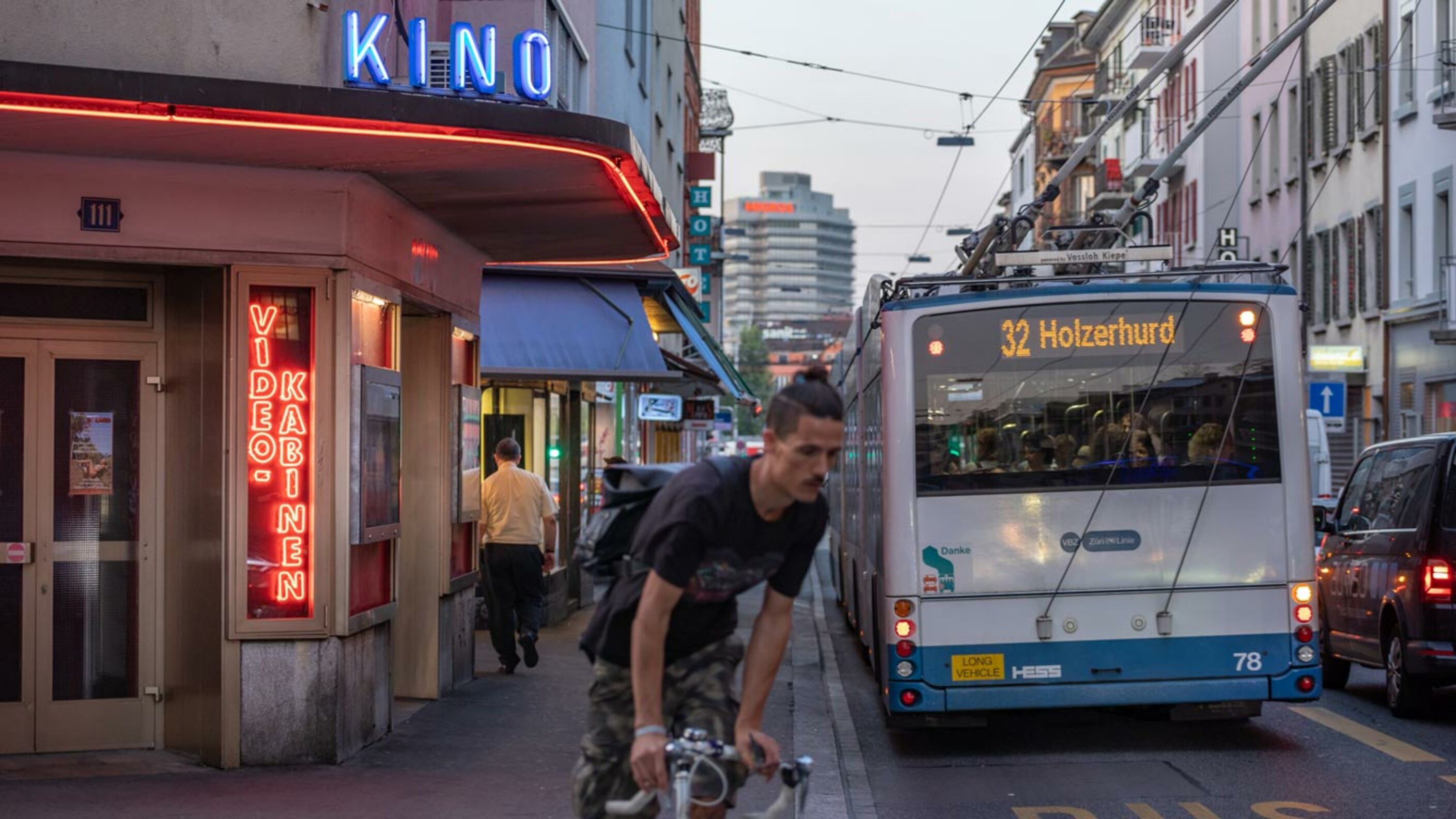 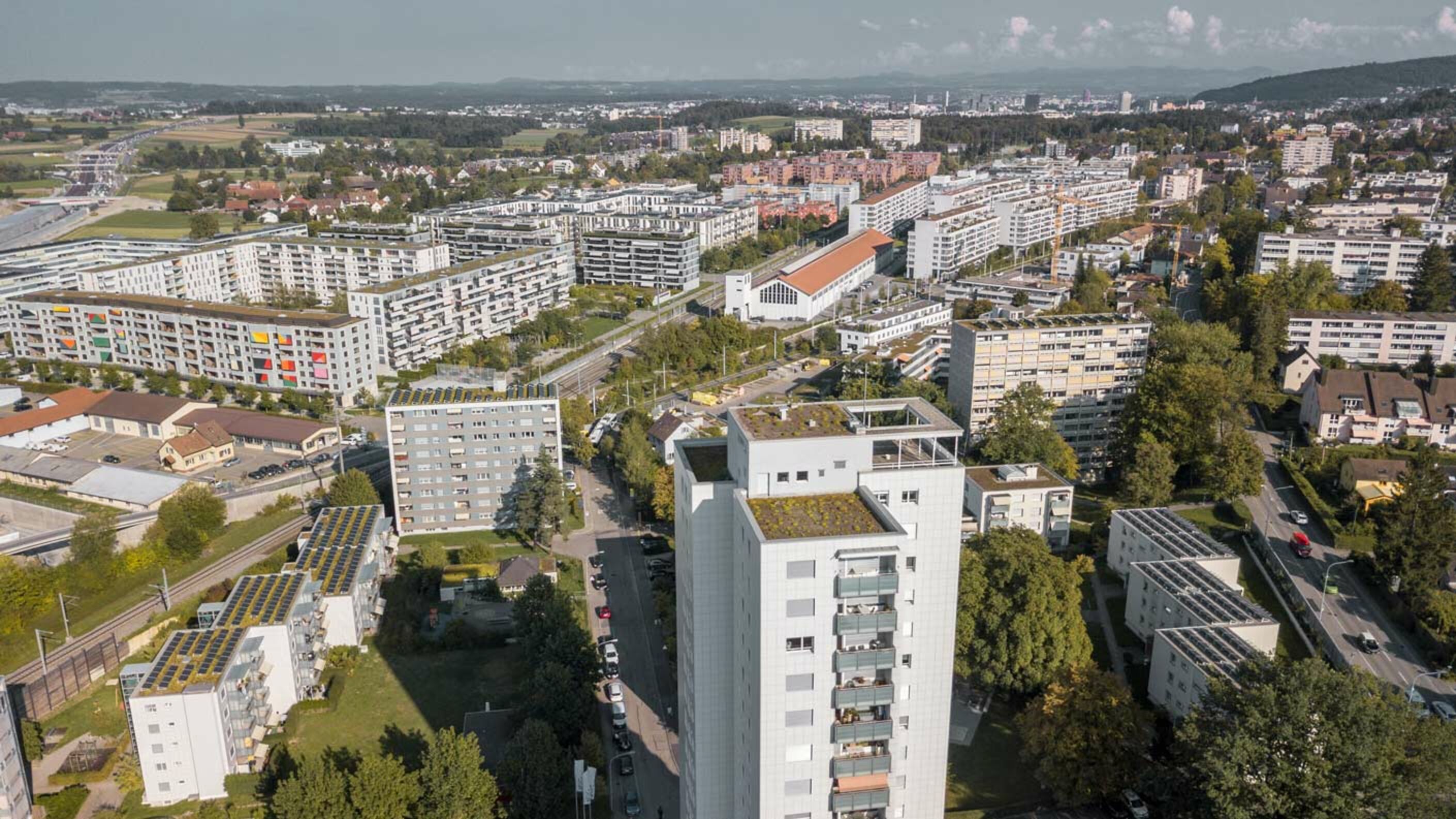 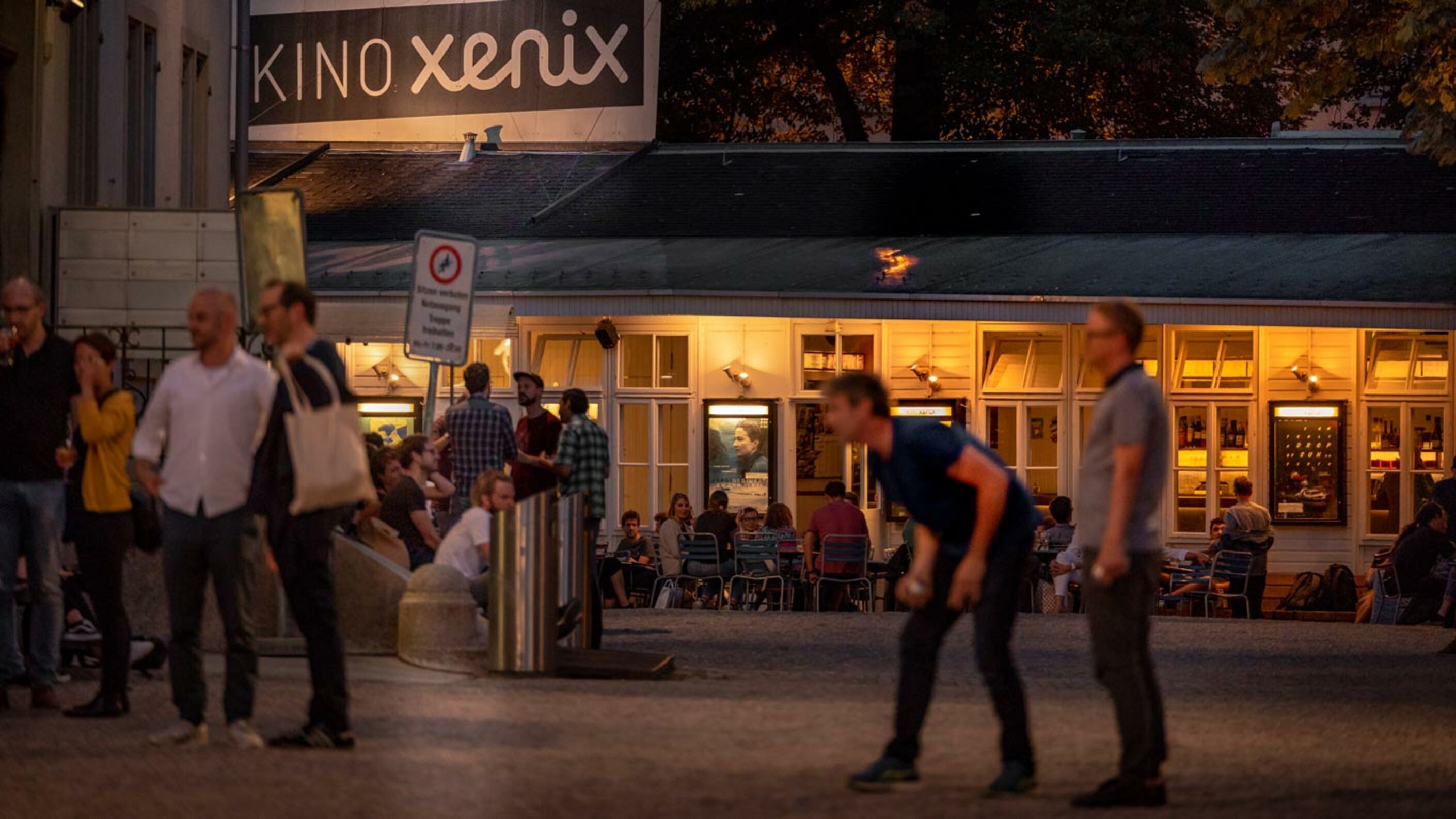 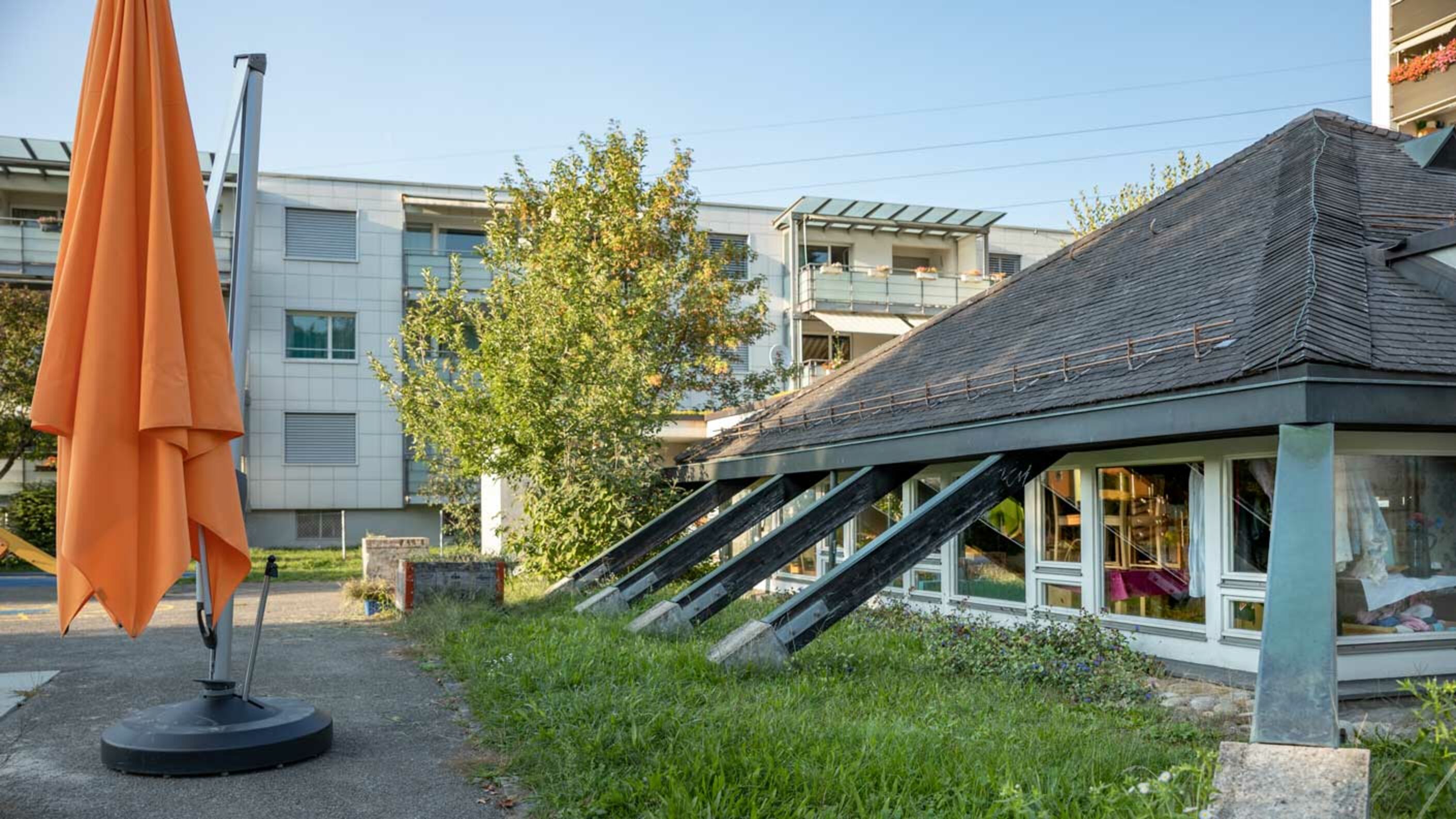 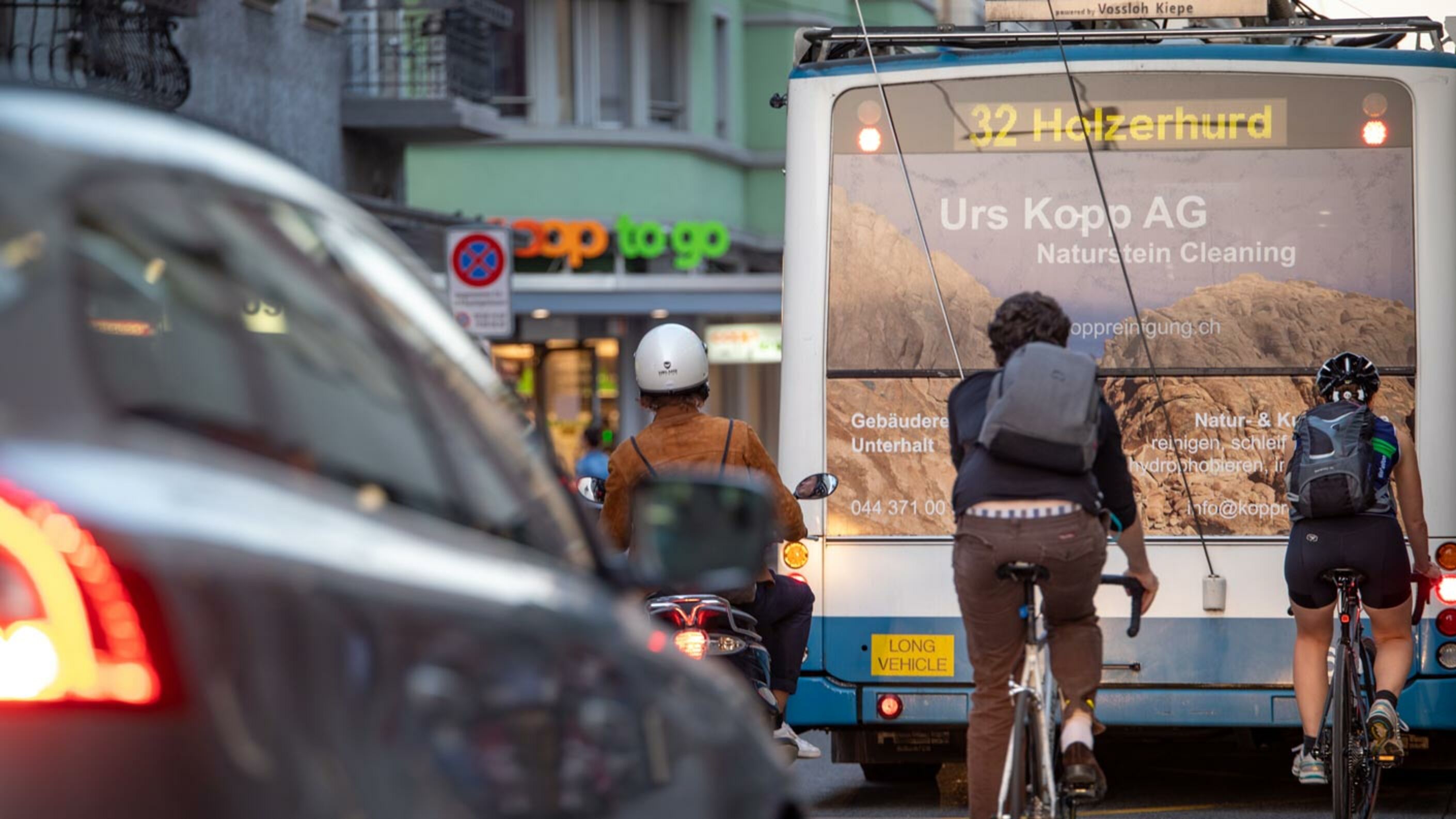 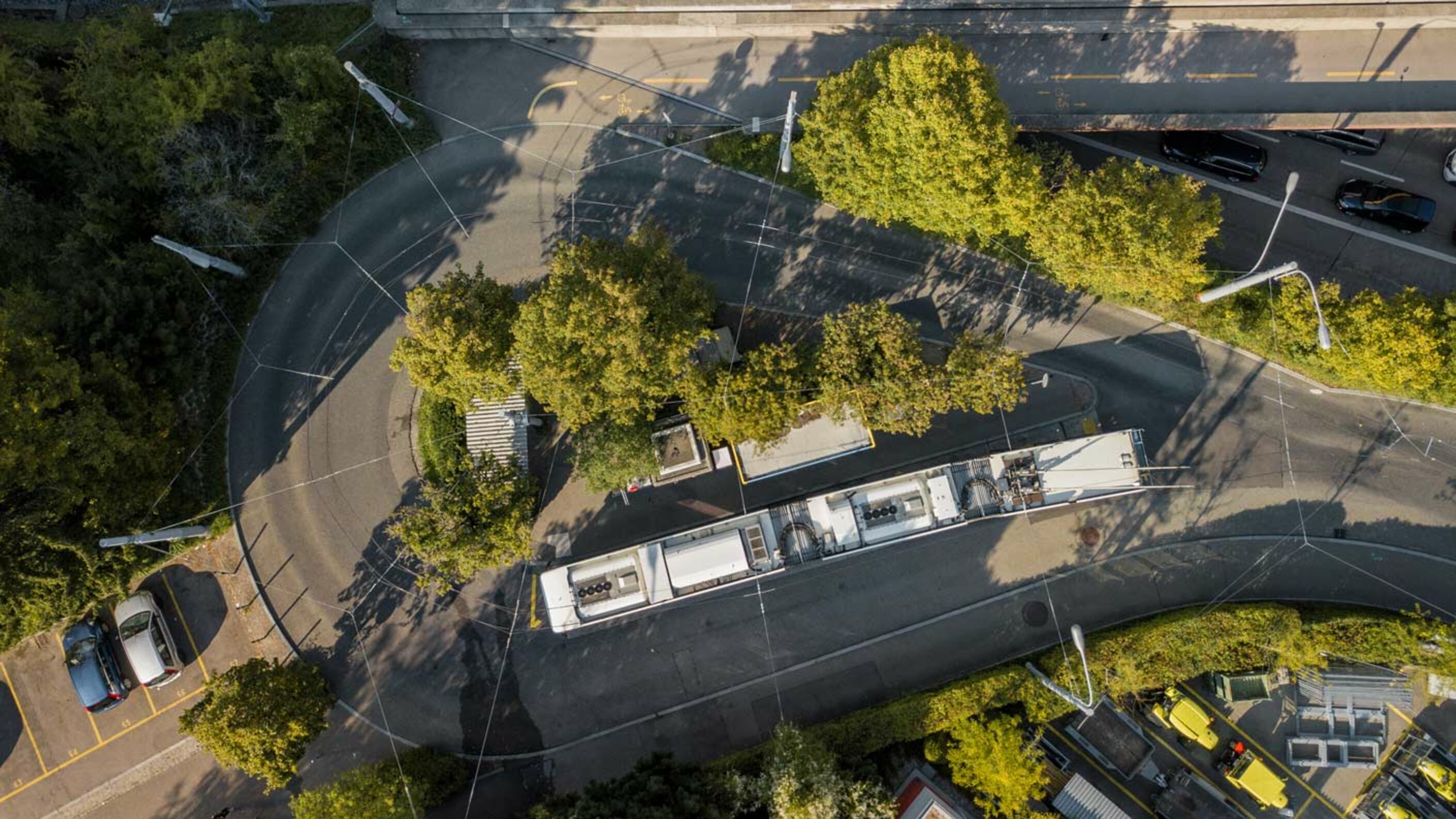 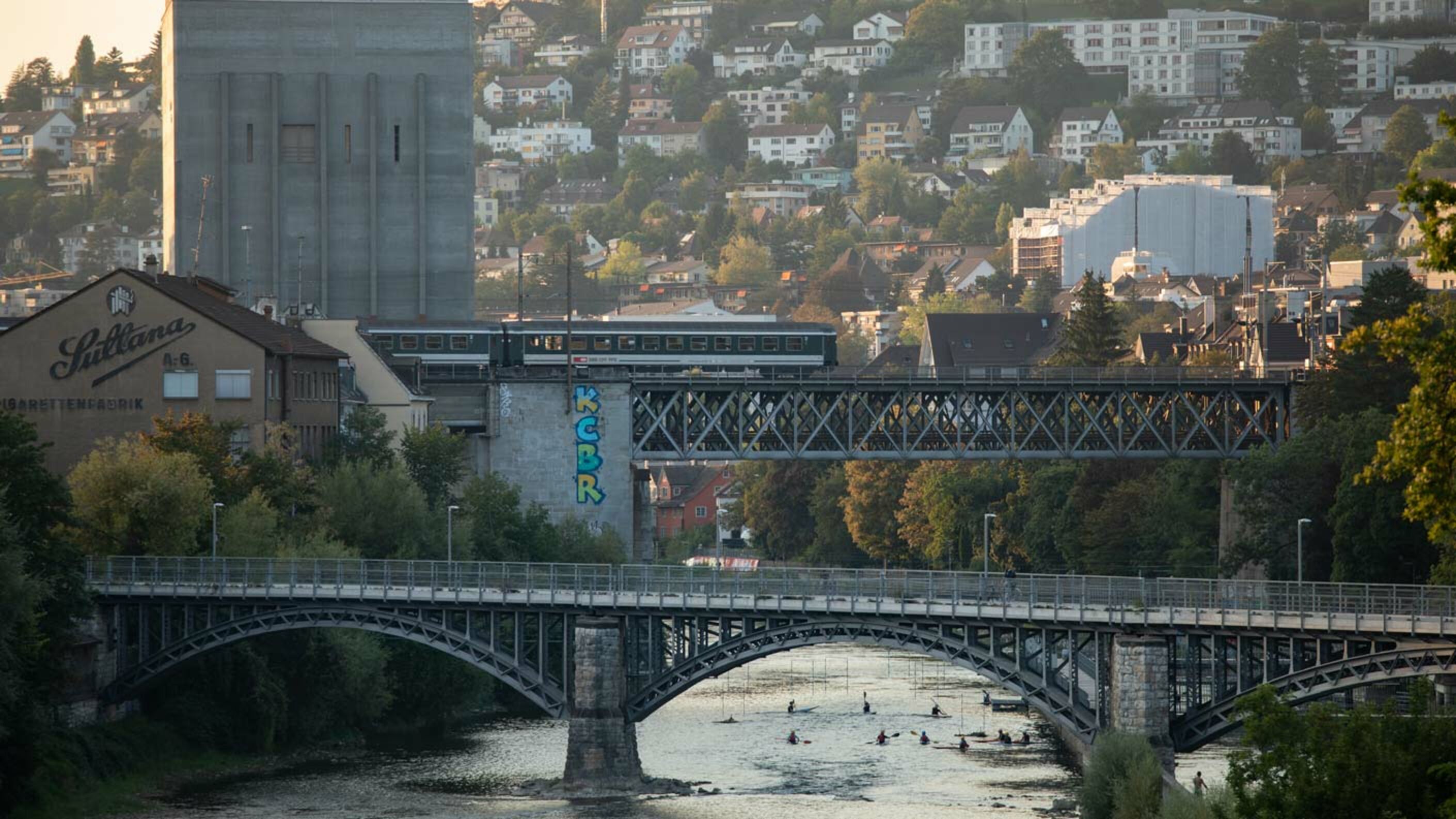 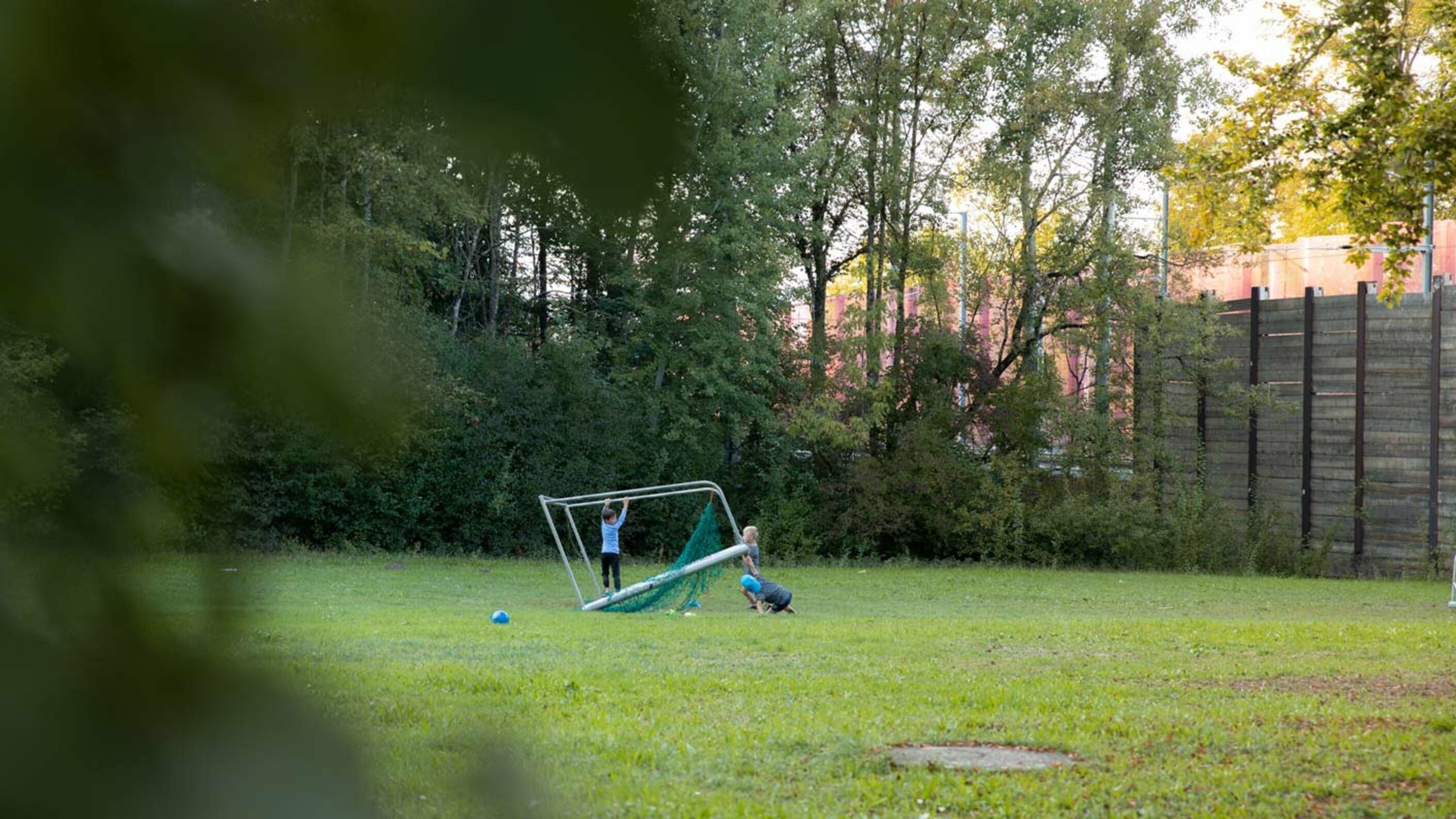 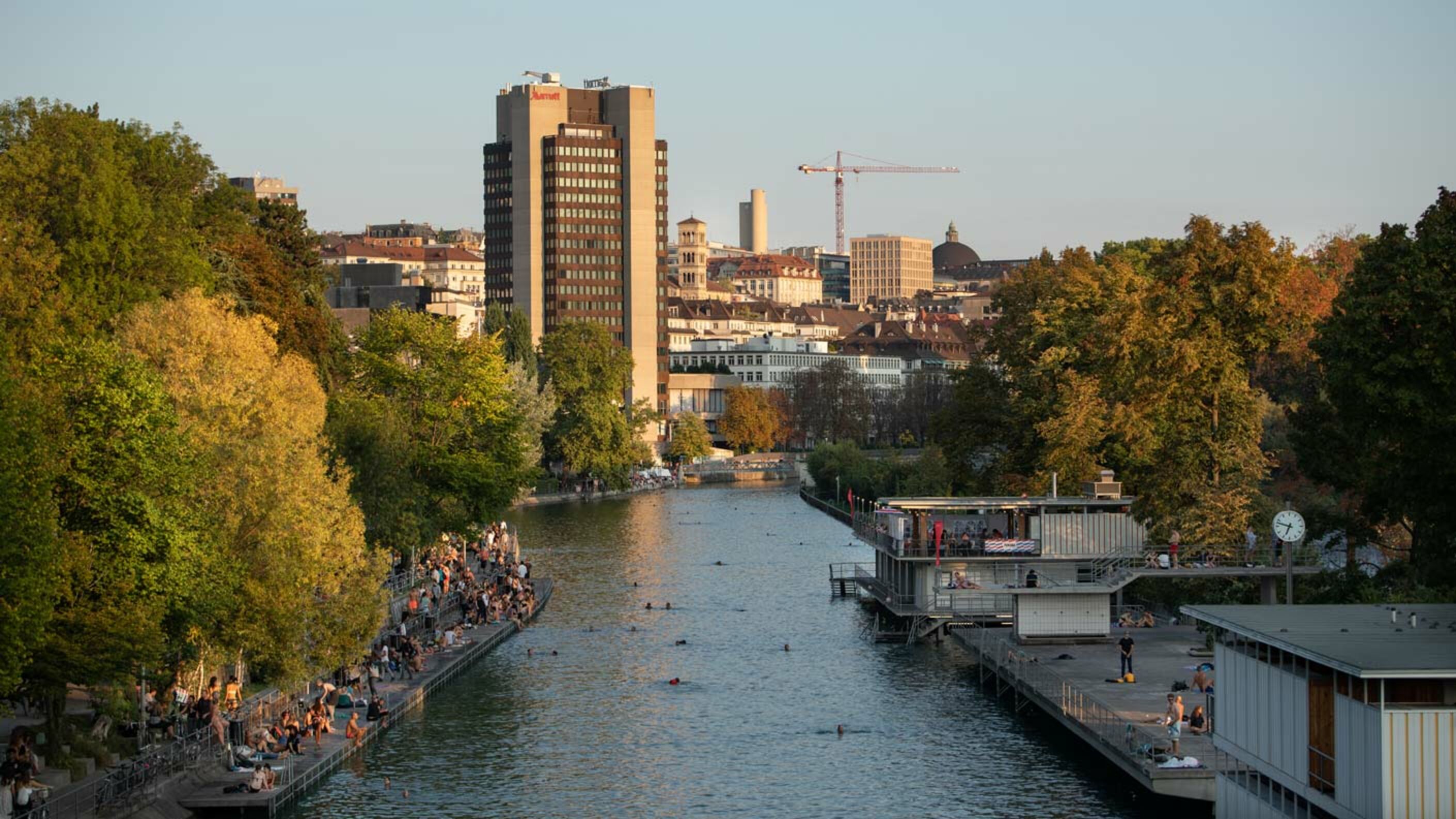 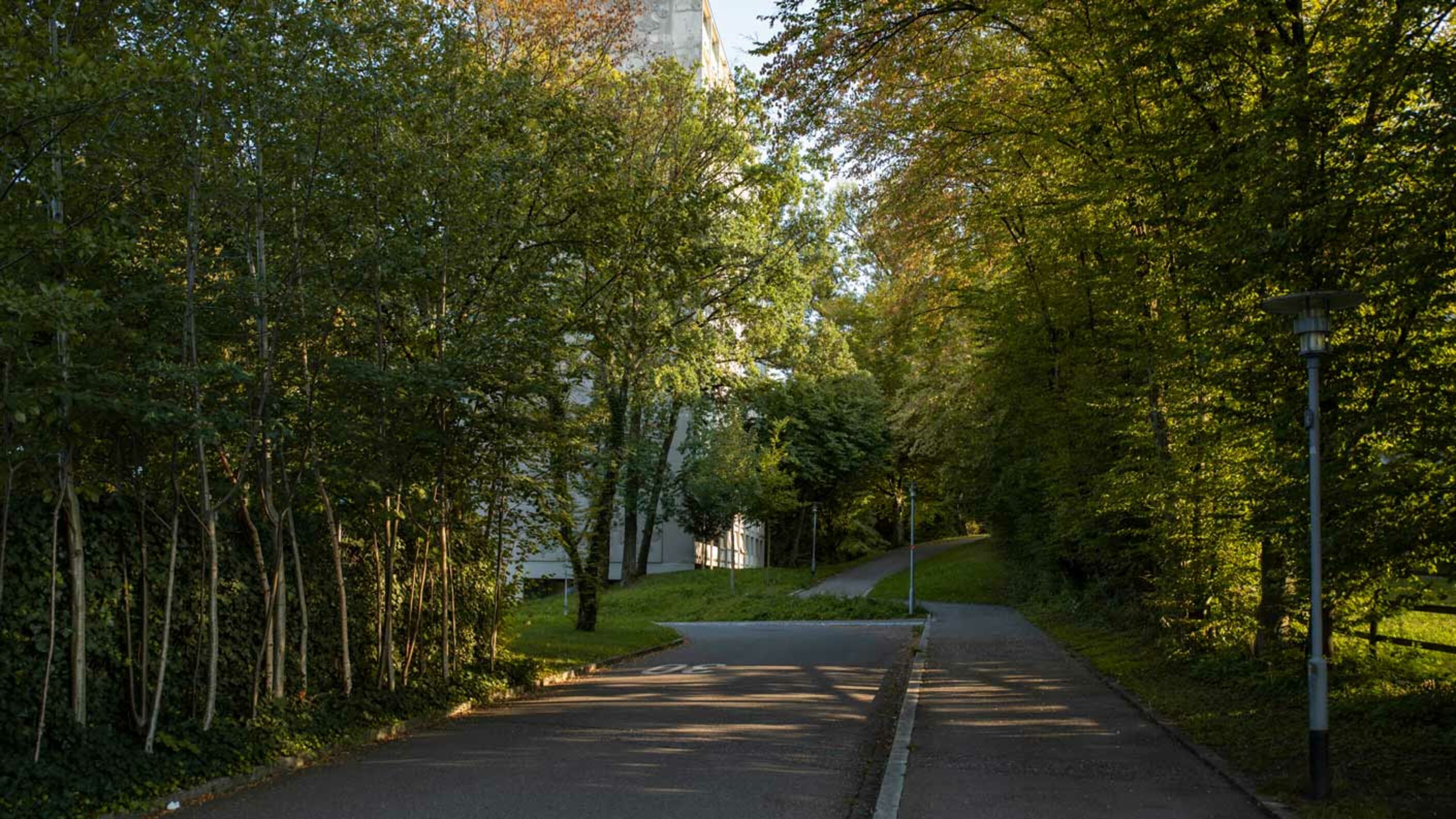 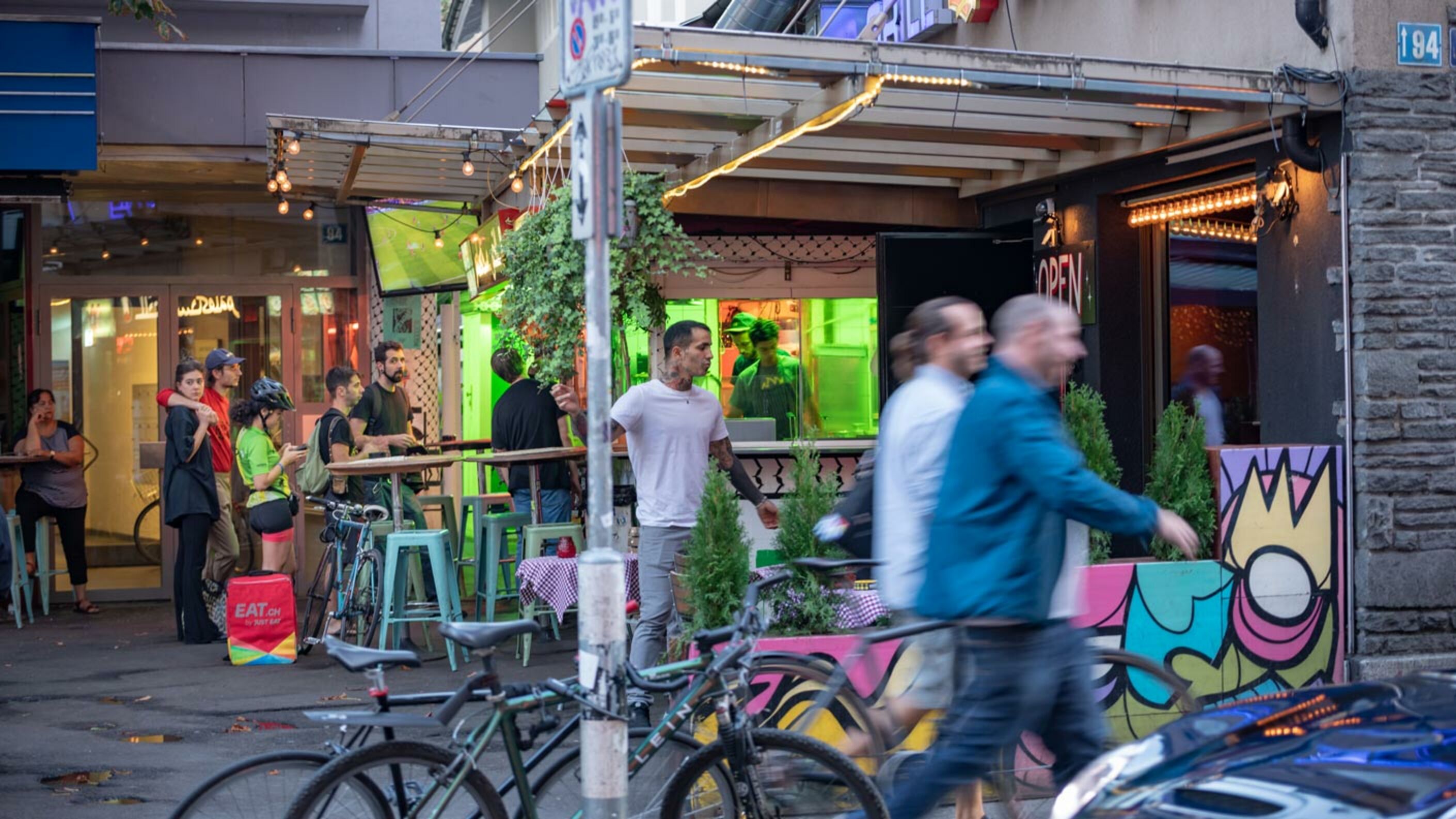 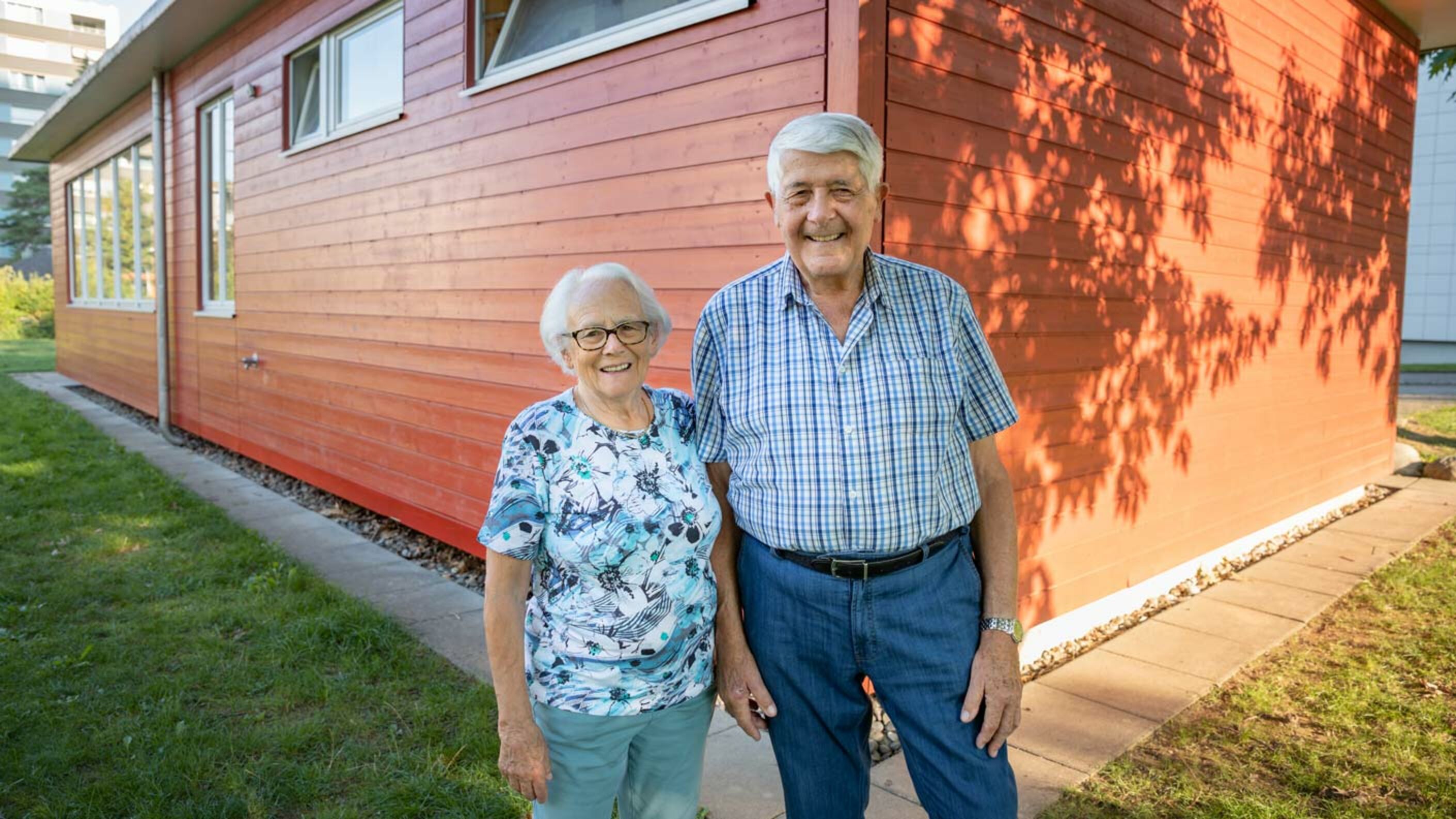 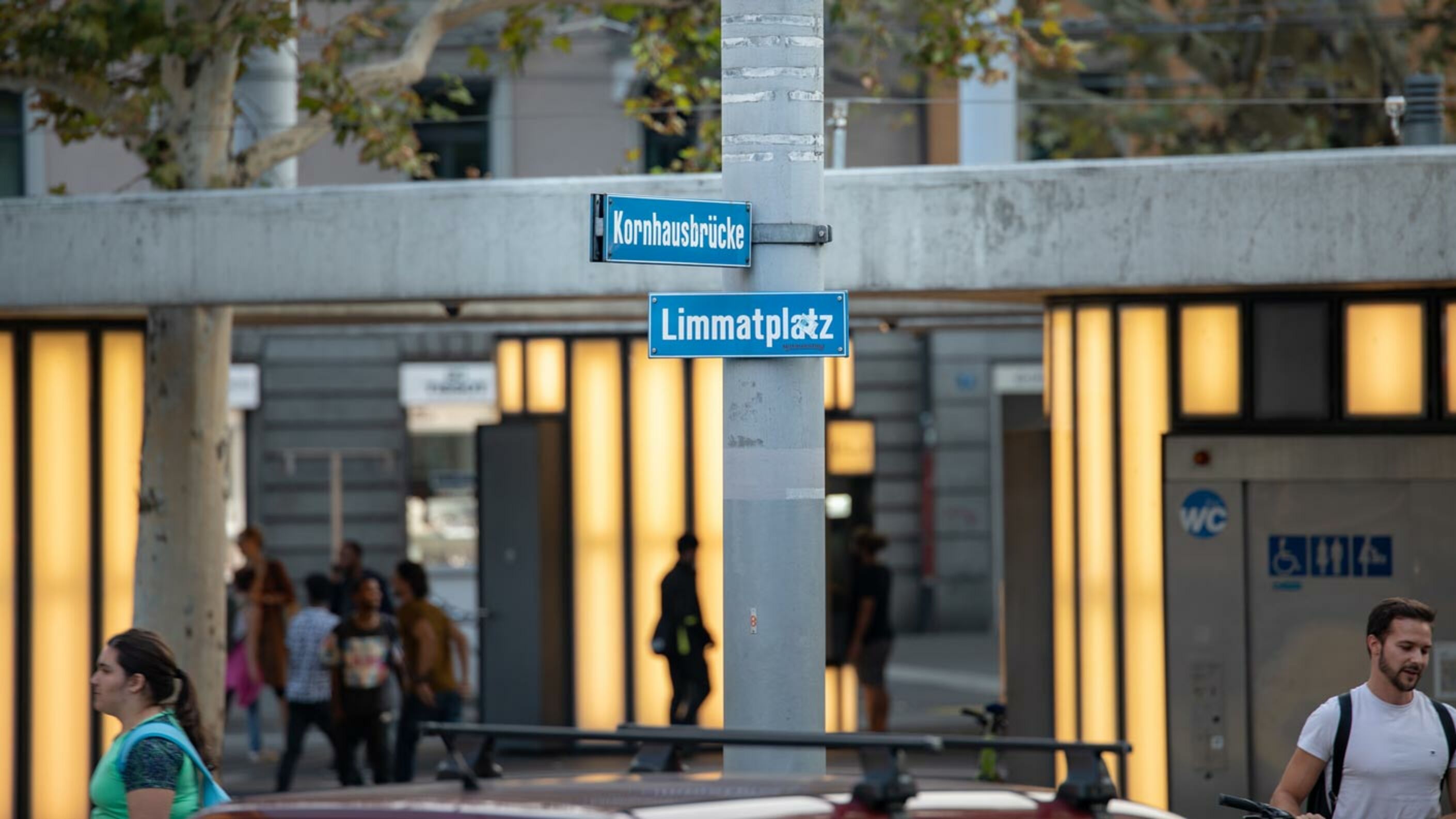 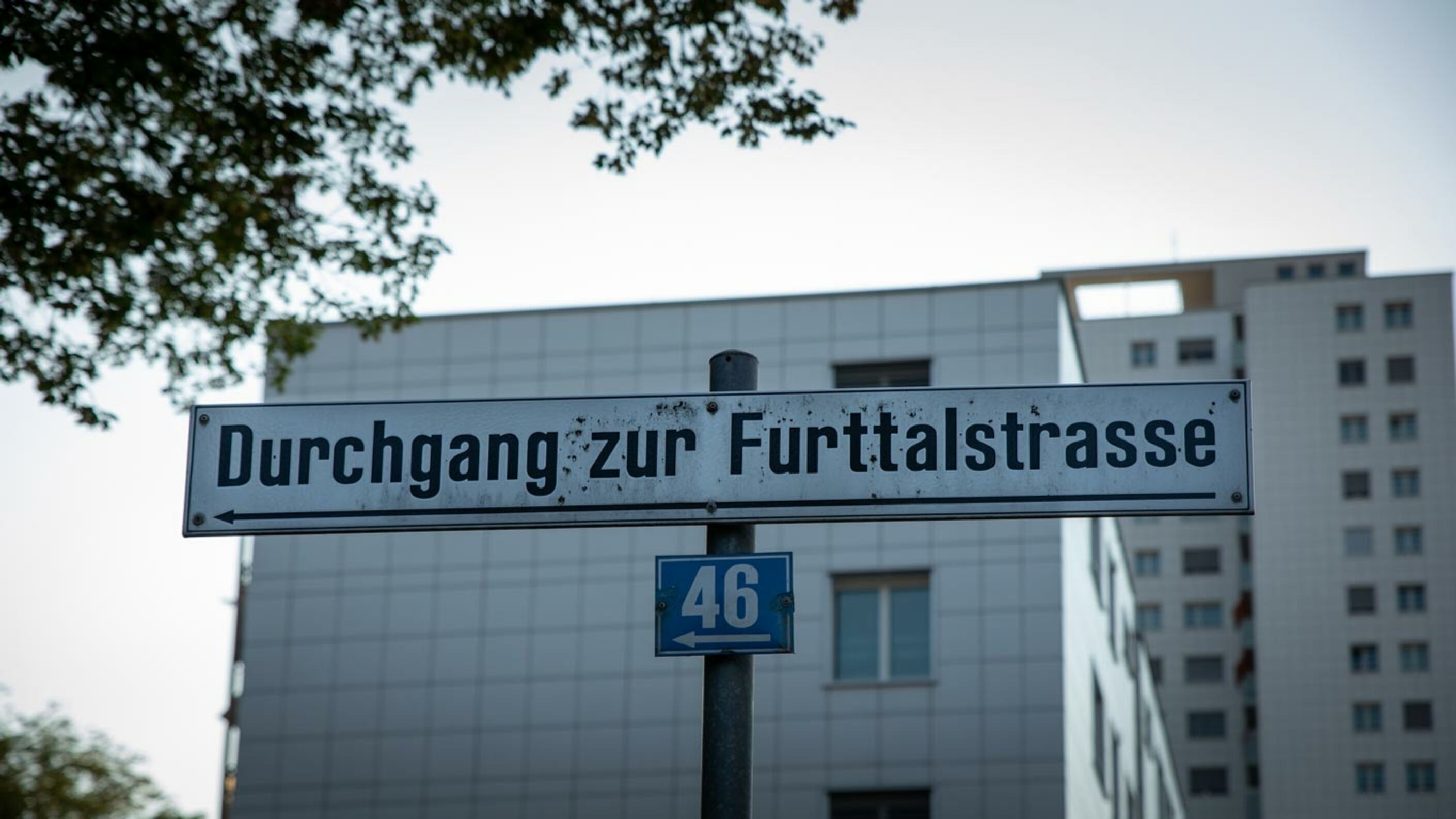 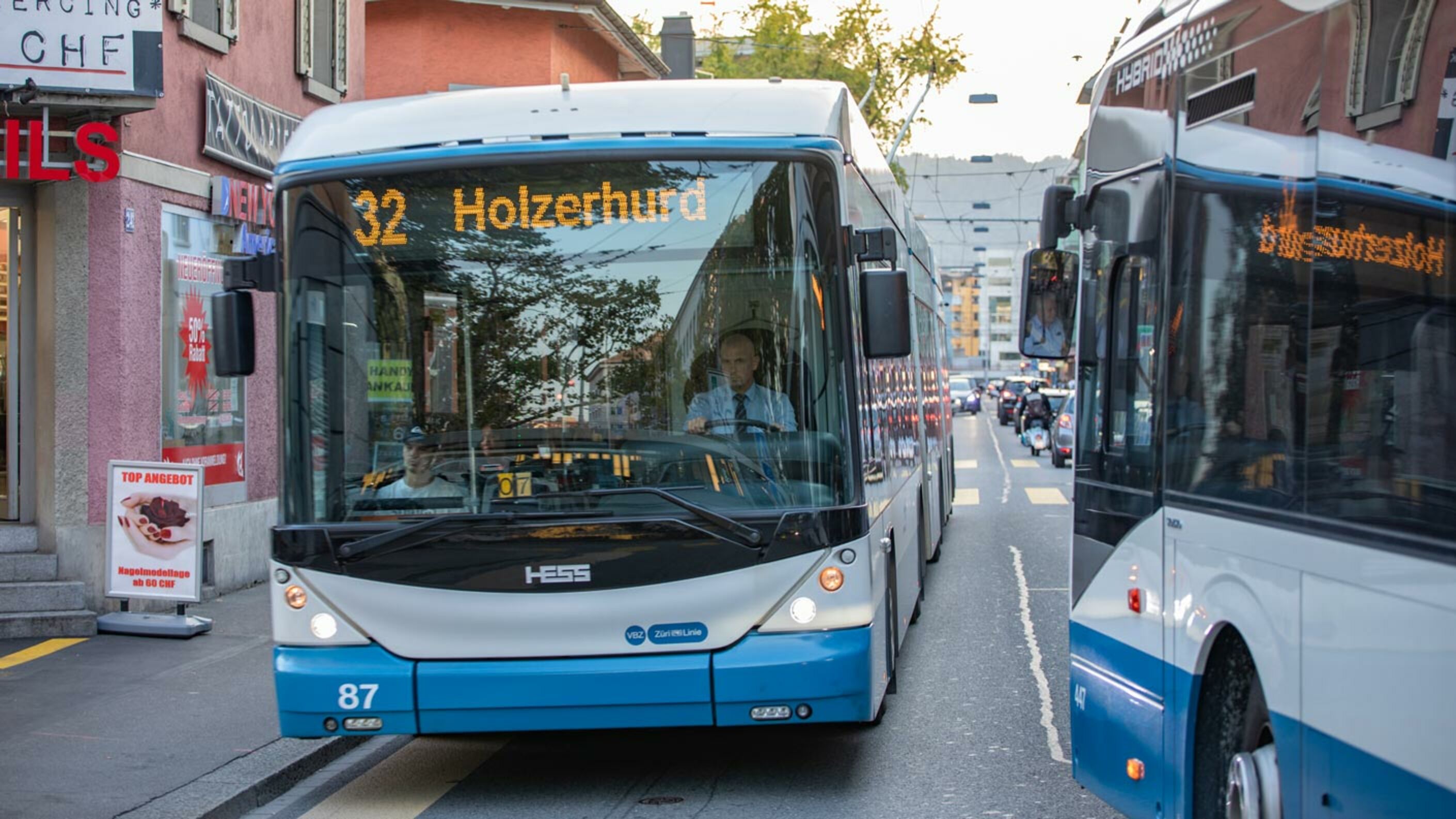 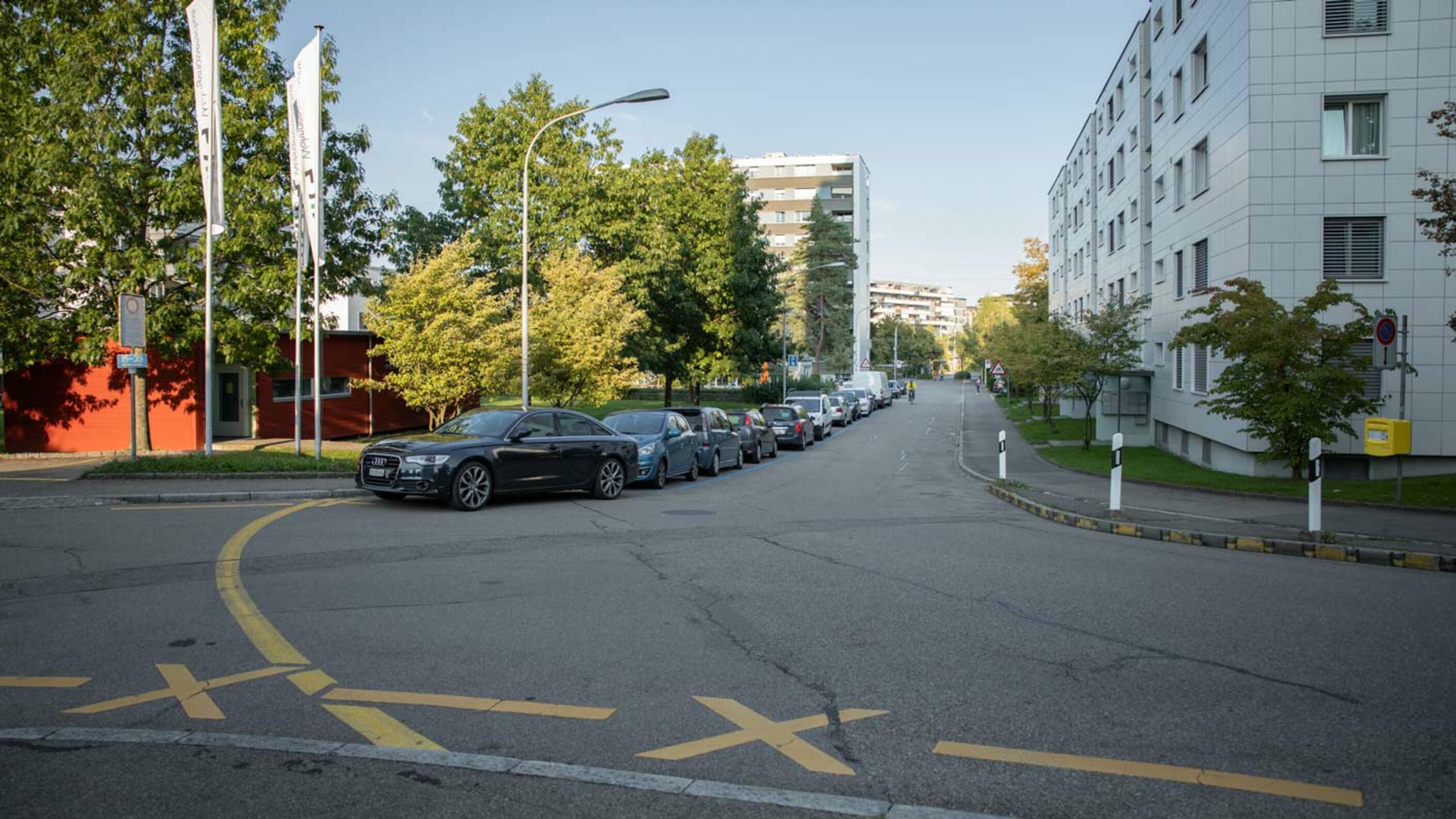 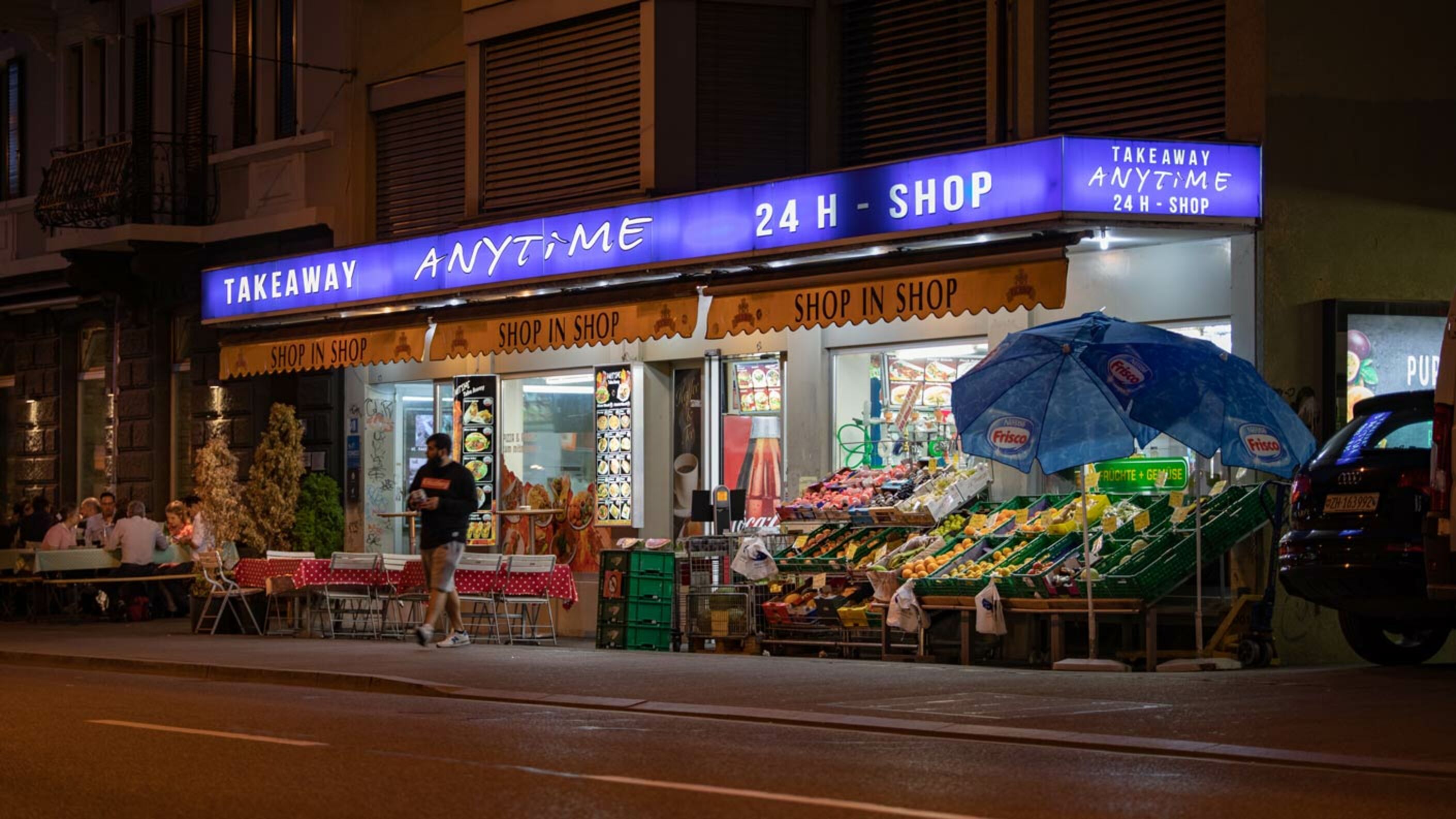 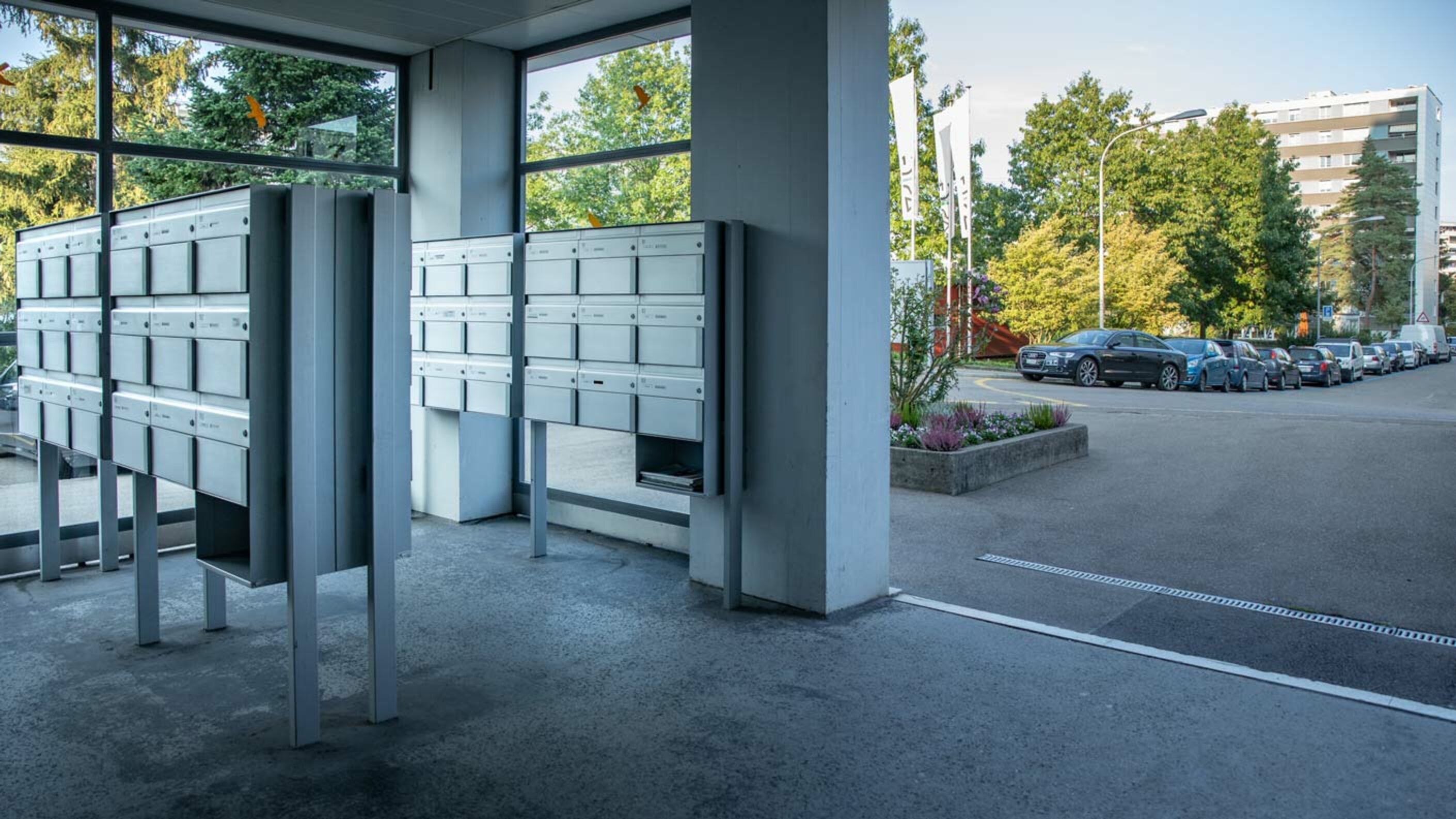 Holzerhurd – from somewhere to nowhere

81-year-old Ursula Züst lives with her husband in an 18-storey building at the terminus of the number 32 bus. Everyone who lives in Zurich has read the name of the Holzerhurd stop, but few have ever found their way here. What is there to discover in this place, which has also given its name to an album?

The names of the final stops are prominently displayed on the front of trams and buses and illuminated on the destination boards. For Zurich’s residents old and new, these names are connected to particular numbers and colours and, over the years, have created an image in the minds of passengers.

It’s also known as the ‘junkie express’ because it trundles along Langstrasse, through the drugs and clubs of Zurich’s red-light district.

Holzerhurd is the terminus of the famous bus line 32, which begins at the Motor Vehicle Office in the south and ends in Zurich-Affoltern in the north – a journey from ‘somewhere to nowhere’, as one author once put it. It’s also known as the ‘junkie express’ because it trundles along Langstrasse, through the drugs and clubs of Zurich’s red-light district. The last section of Langstrasse before Limmatplatz has no bus lane, so at rush hour you can often walk faster than the bus.

Between Wehntalerstrasse and Furttalerstrasse, before the Regensdorf exit that takes you out of the city, we come to Holzerhurd – Im Holzerhurd, to be exact. Records from 1543 show that this area was called ‘Holzerwiss’. Mention is made of a man called Holzer, and the word Hurde means hurdle, a kind of woven fence.

Its residents say: ‘There’s nothing in Holzerhurd’, but they don’t seem too unhappy about it, and say it with a smile.

The district of Holzerhurd begins at the point where the bus turns around, and in fact it’s a housing estate. Cars are prevented from driving in by a row of posts. When you stand and look at the housing complex and its stark Sixties architecture, it looks like a banlieue, a housing project. High-rise buildings tower above utilitarian apartment blocks and terraced houses. Holzerhurd was the brainchild of two building cooperatives that wanted to create affordable housing for families and pensioners. Its residents say: ‘There’s nothing in Holzerhurd’, but they don’t seem too unhappy about it, and say it with a smile. One of them, Mr Züst, calls it a ‘dormitory town’.

The buildings have been insulated by attaching panels to the facades, which reflect the late summer sun onto narrow Holzerhurdstrasse. Like a stream, the road winds its way down the hill through the estate.

The barrier was raised and lowered manually by a mother and daughter – who always had to be addressed as Mrs and Miss Kern.

Mr Züst tells us that Holzerhurd didn’t even have its own bus stop until the middle of the 1980s. At that time, line 32 ended at Bucheggplatz and line 74 continued to the terminus at Hungerbergstrasse. Where the bus turns around today, there was a little cabin for operating the barrier over the railway tracks. The barrier was raised and lowered manually by a mother and daughter – who always had to be addressed as Mrs and Miss Kern. Mr Züst recalls that they sometimes didn’t operate it on time, but his wife remembers it differently. But they are unanimous that: ‘The cabin had a little garden that was always full of beautiful flowers’. It remained in operation until the track was extended and the new bus stop installed.

And there are always ‘lost souls’ as Mrs Züst calls them, who end up at the terminus because they missed or slept through their stop at Langstrasse.

There are always two buses at the terminus of line 32 in Holzerhurd. The stop serves as a buffer zone to compensate for delays, especially in the Langstrasse area. And there are always ‘lost souls’ as Mrs Züst calls them, who end up at the terminus because they missed or slept through their stop at Langstrasse. This often happens during the city’s big festivals. The bus drivers generally let the passengers carry on sleeping as long as they don’t cause any trouble.

At the bus turning point, a farmer is leading a cow past a high-rise block. A football pitch sleeps in the shade of another tall building. Behind the goal post, a wooden fence separates the housing estate from the railway tracks and deadens the noise of the construction work on the Gubrist tunnel beyond. At the centre of Holzerhurd is its beating heart: the pavilion. Apart from the communal laundry, this is the only place where residents can get together. They meet for coffee and cake at events like the ‘Holzifest’. Framed photographs on the walls tell the story of how the island of Holzerhurd was built.

From the outside, it might seem that Holzerhurd is a dry, utilitarian non-place, but that’s not the case.

From the outside, it might seem that Holzerhurd is a dry, utilitarian non-place, but that’s not the case. Here at the foot of the Hönggerberg near the Katzensee, residents have found a home that they have no wish to leave.

Day and night, the buses shuttle up and down Langstrasse, which is so different in character from the unspectacular Holzerhurd whose name they bear. Perhaps that’s why the band Sein – in my view one of Zurich’s best bands – dedicated a whole album to this island on the outskirts of the city.

It takes about 35 minutes for the number 32 bus to travel from the Motor Vehicle Office to Holzerhurd. For the timetable, click here.

Leering men are not staying at home

Six tips from our homeschooling expert

Corona crisis - Private Alessio is entering into the military