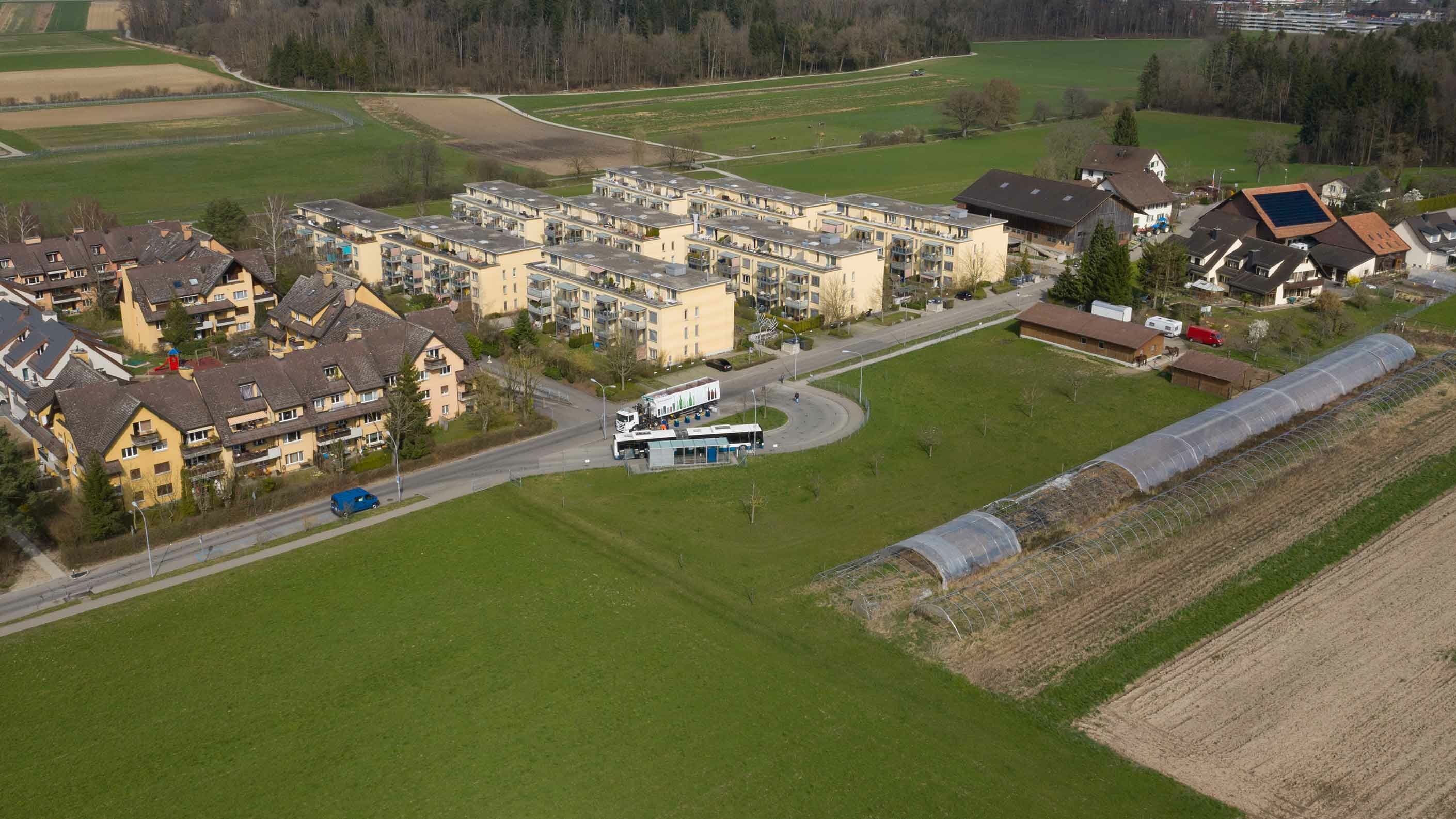 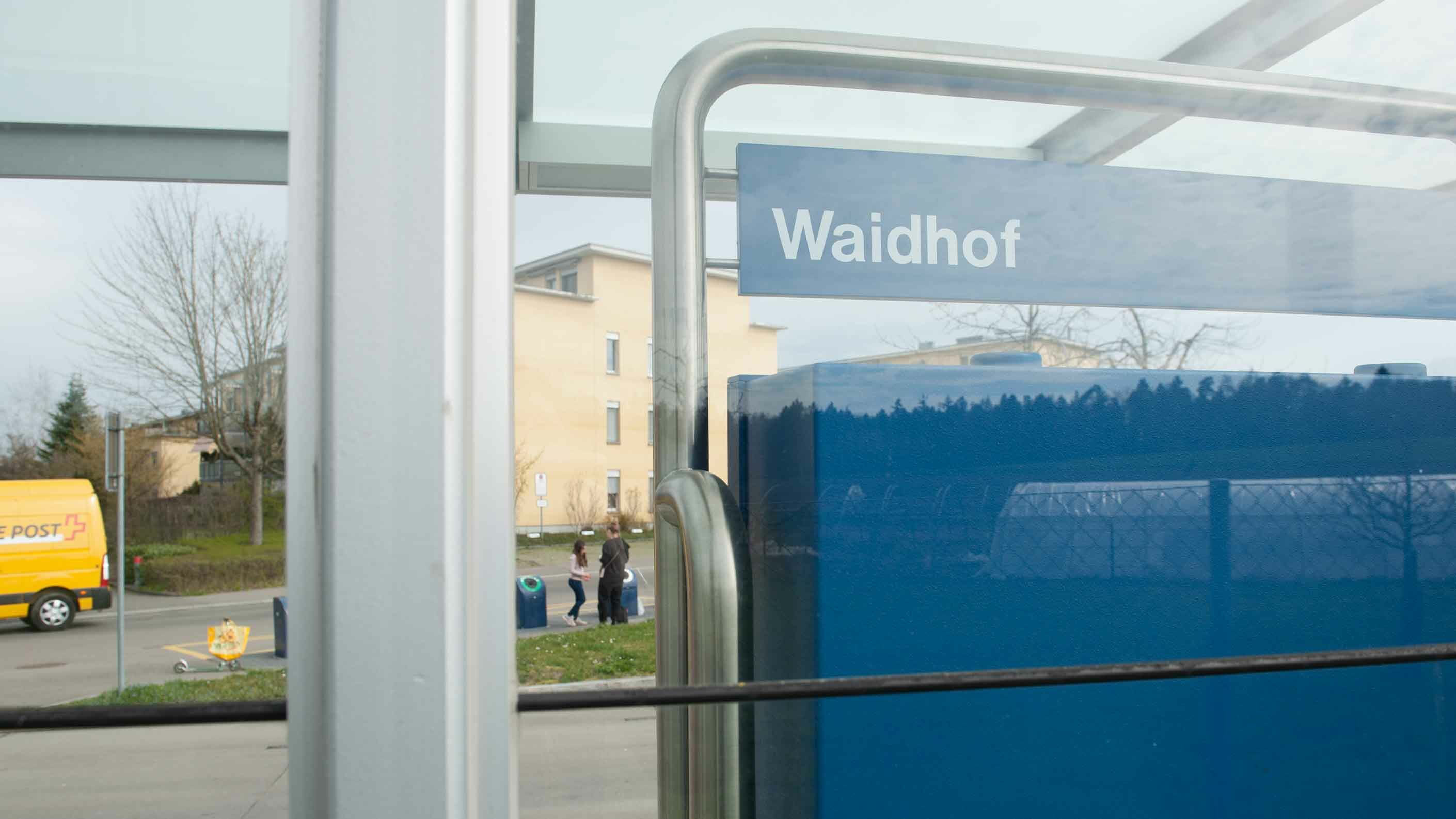 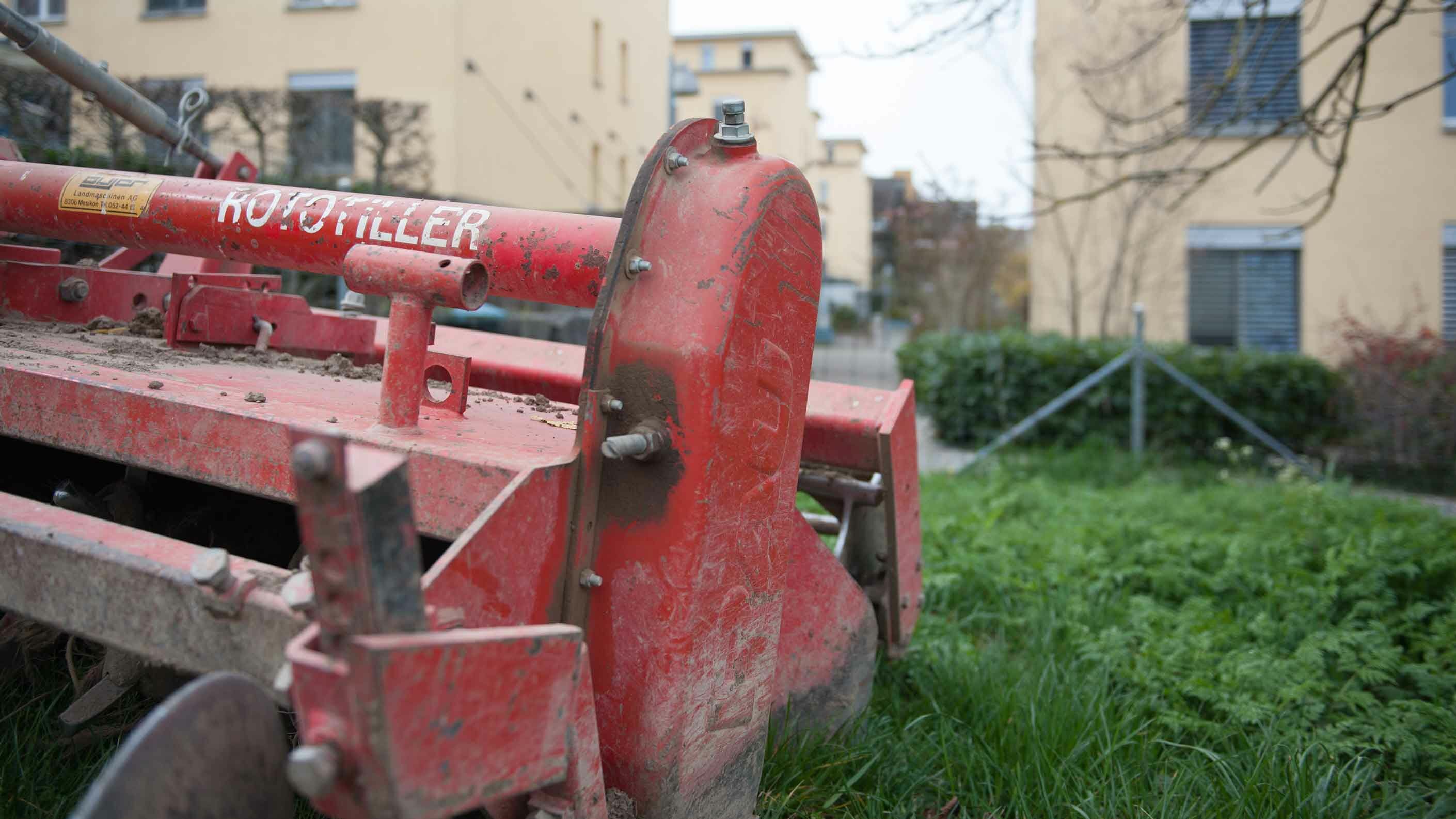 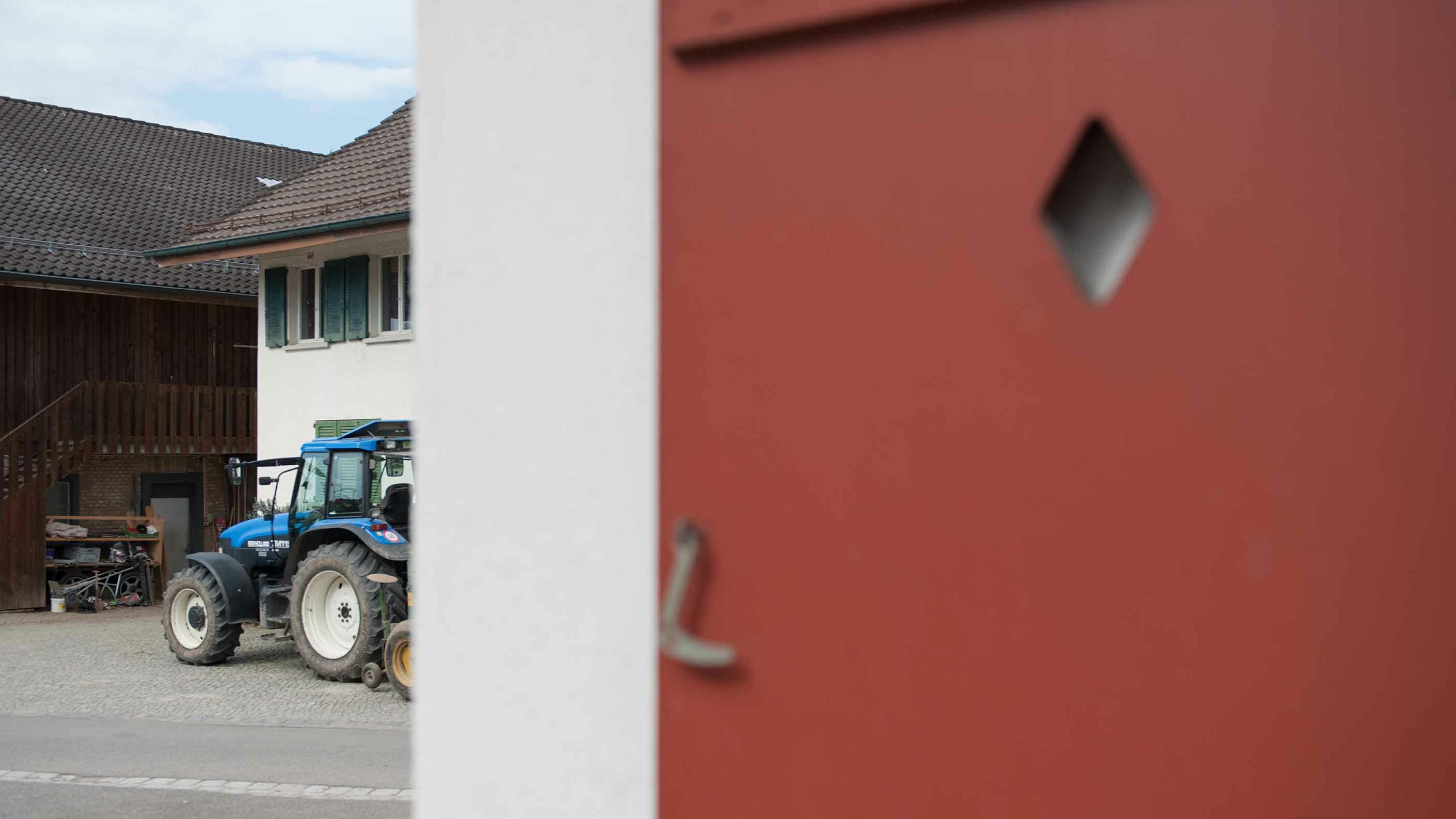 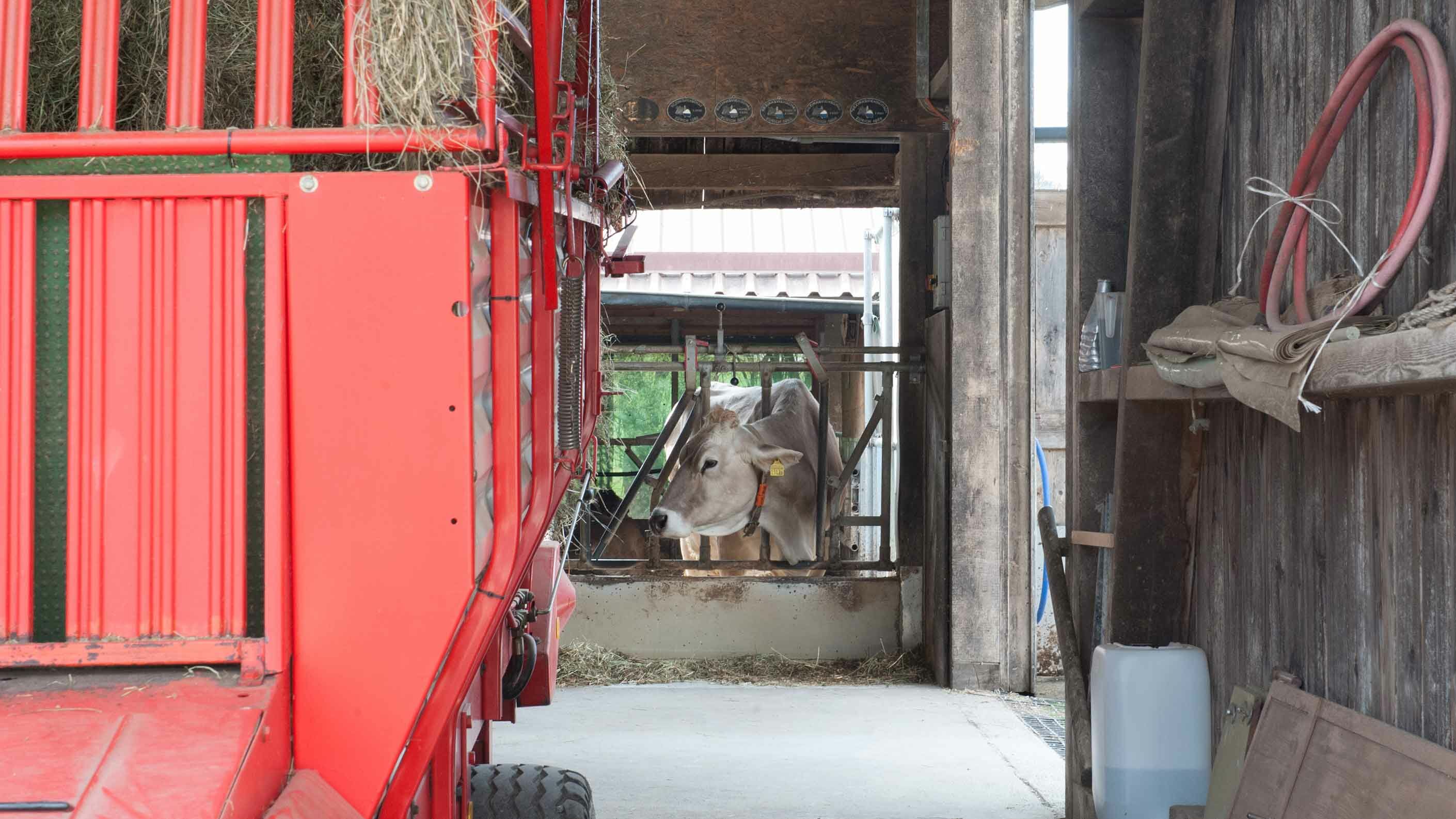 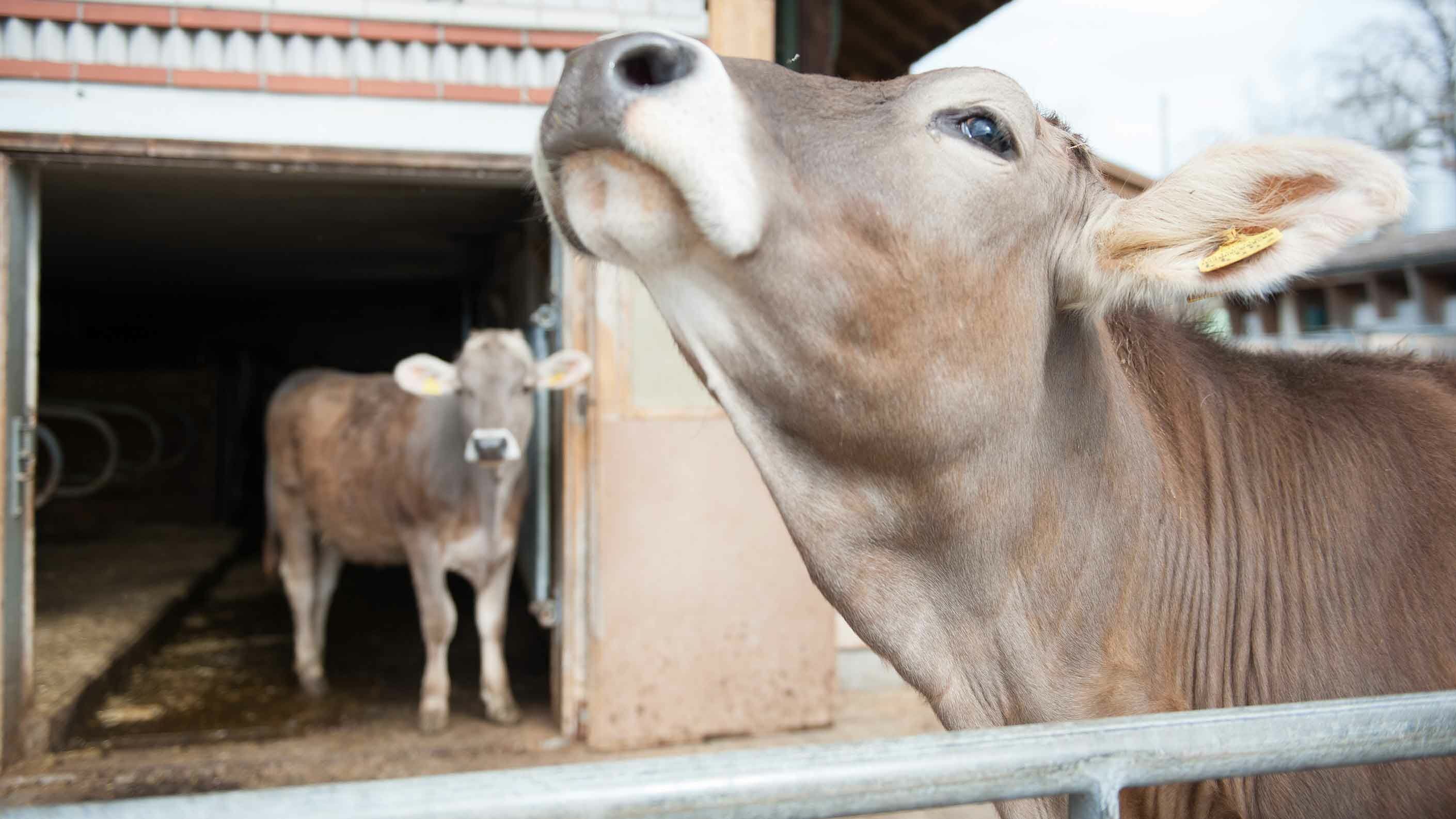 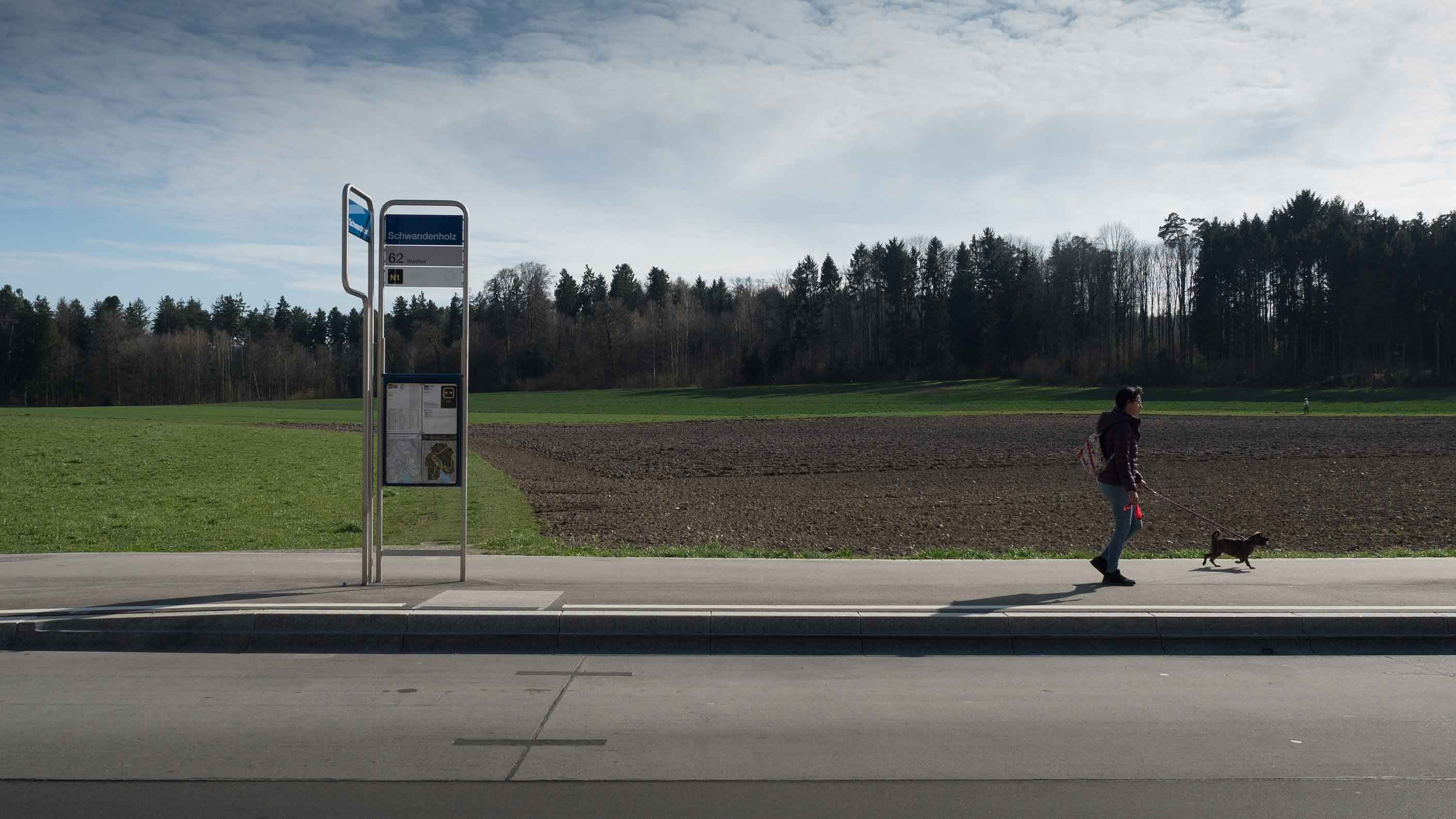 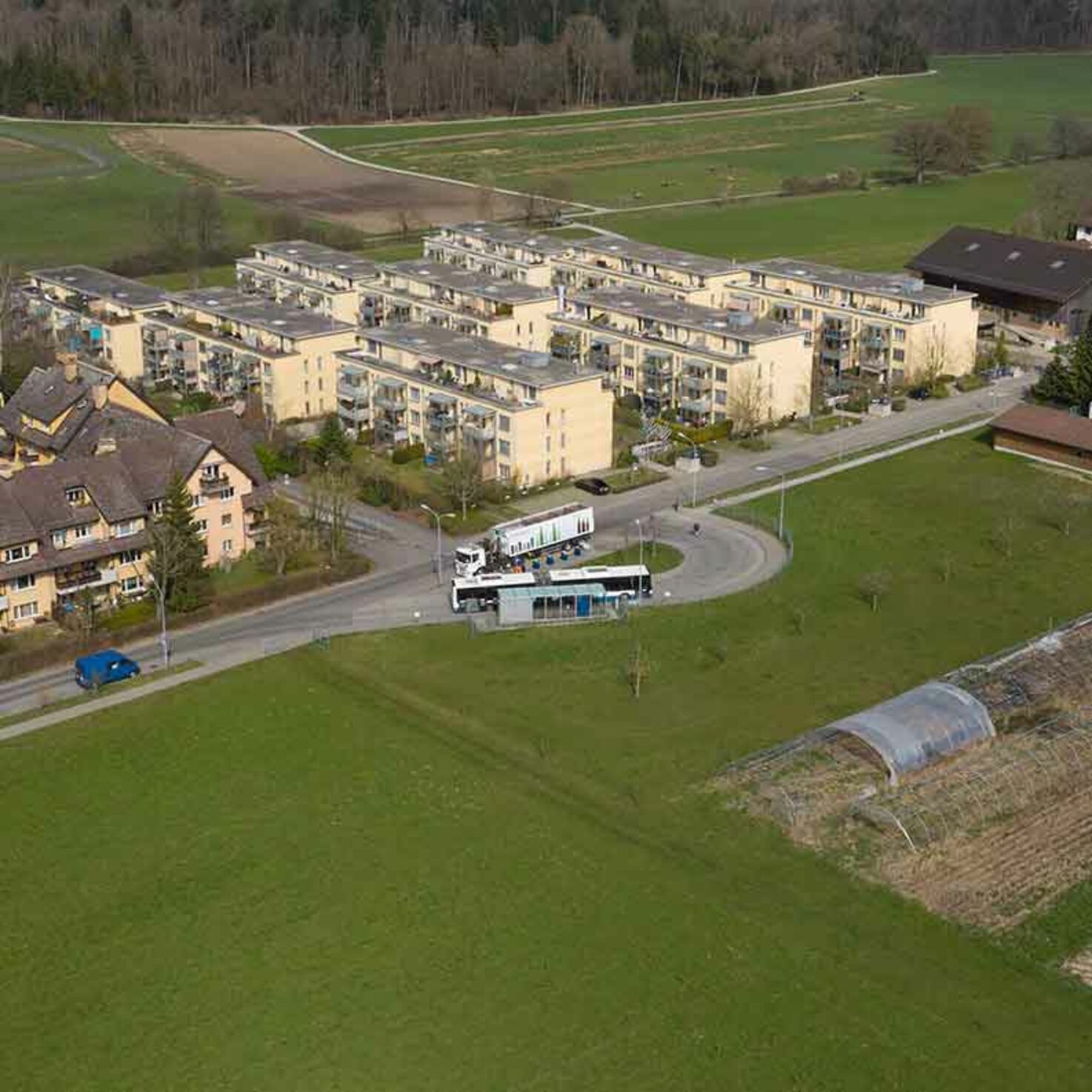 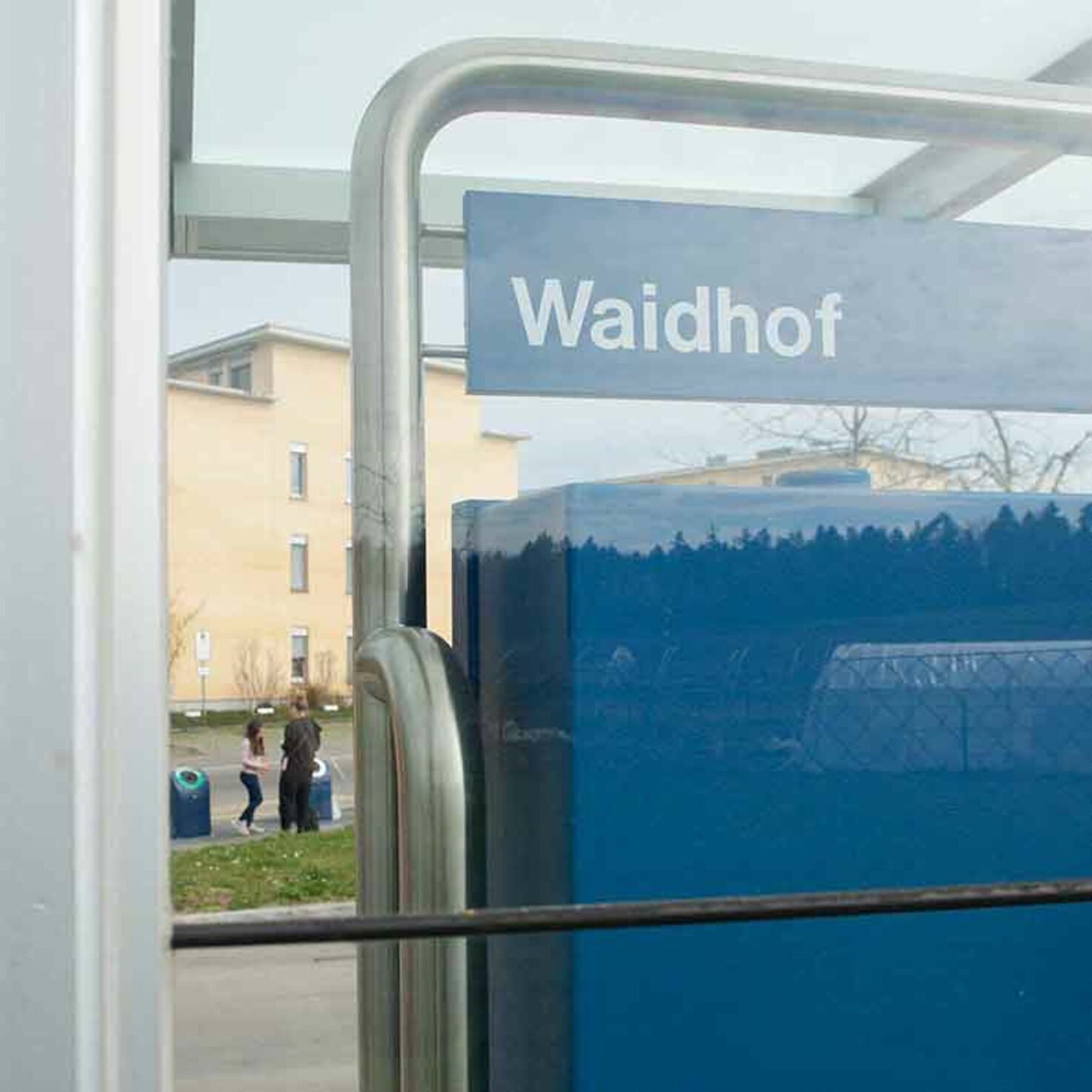 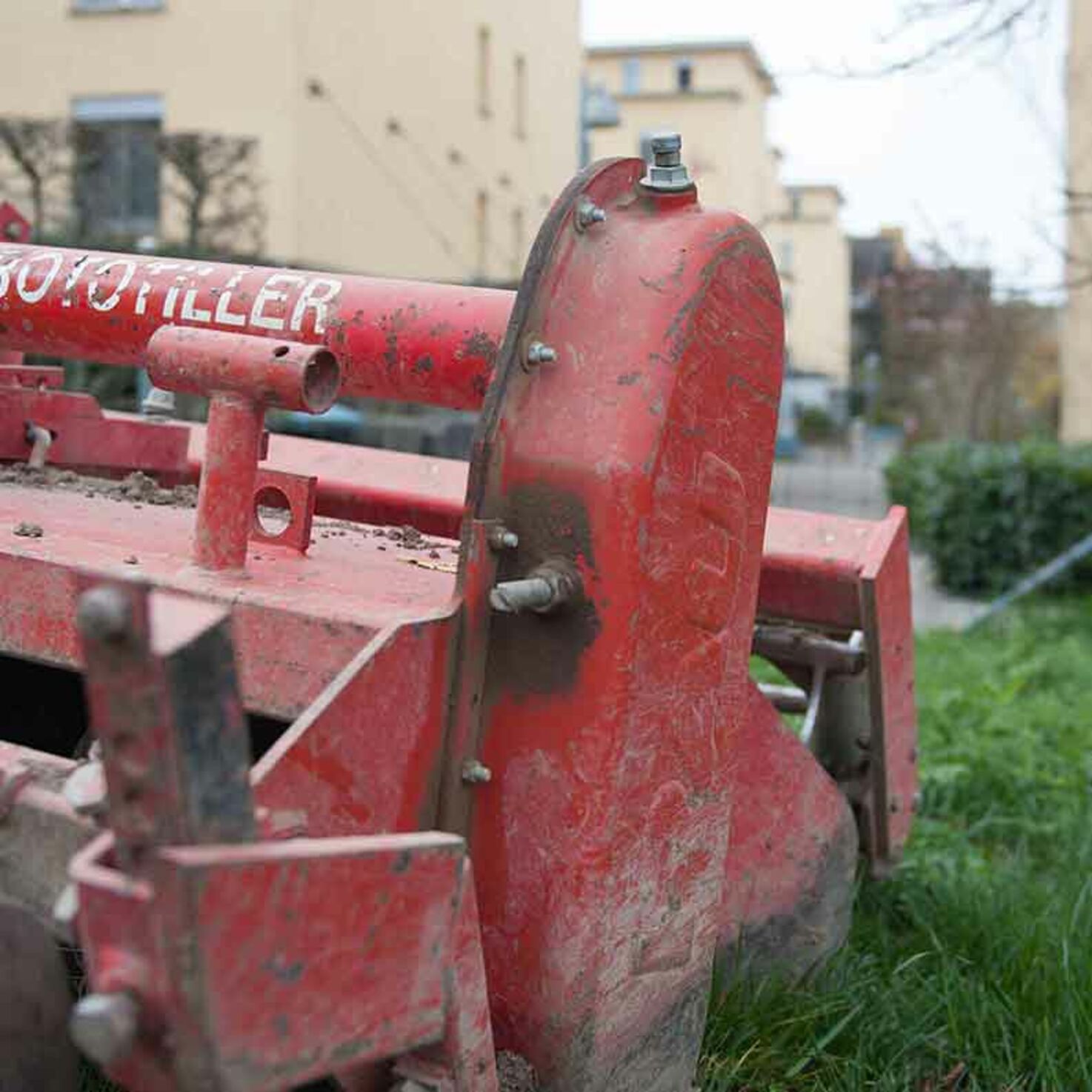 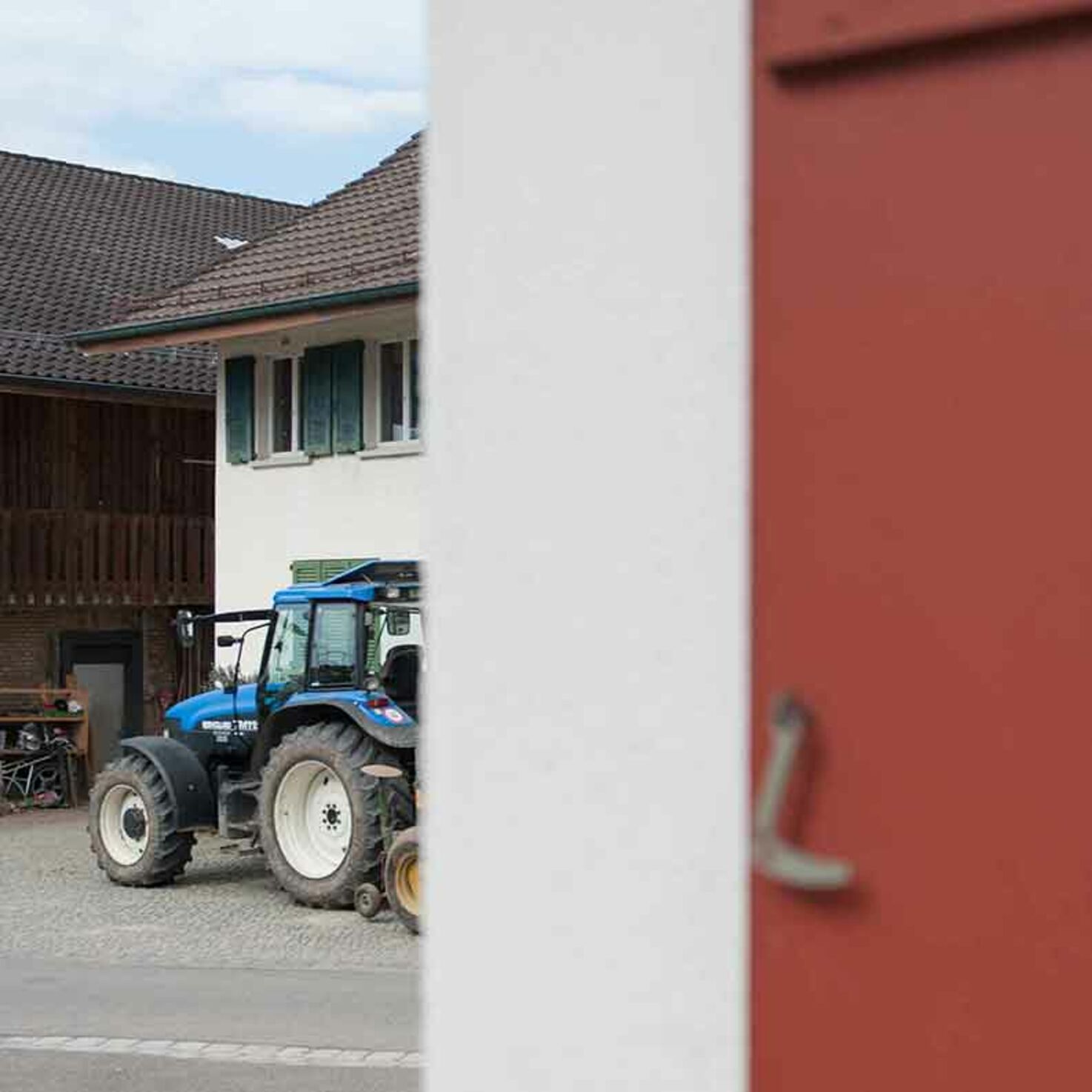 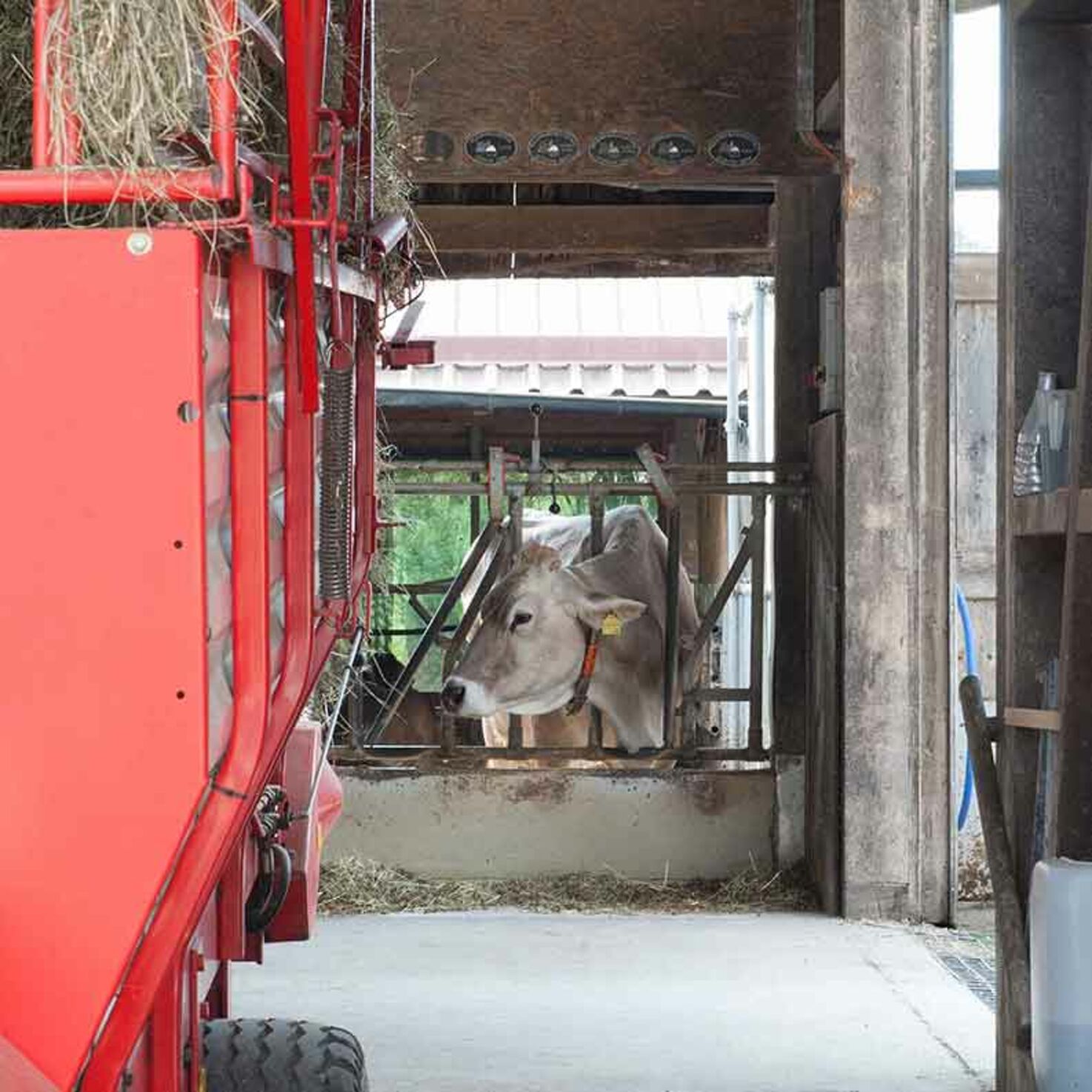 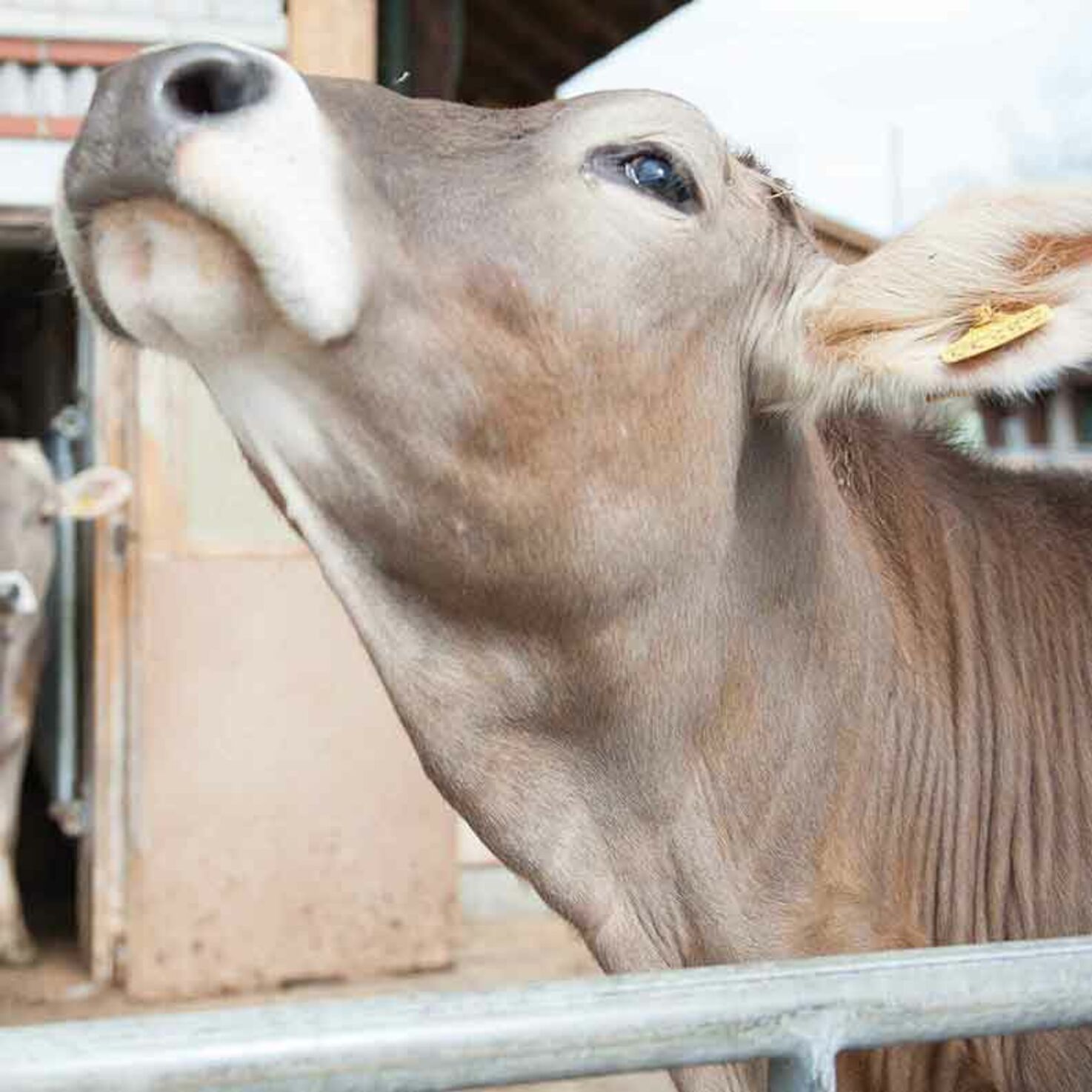 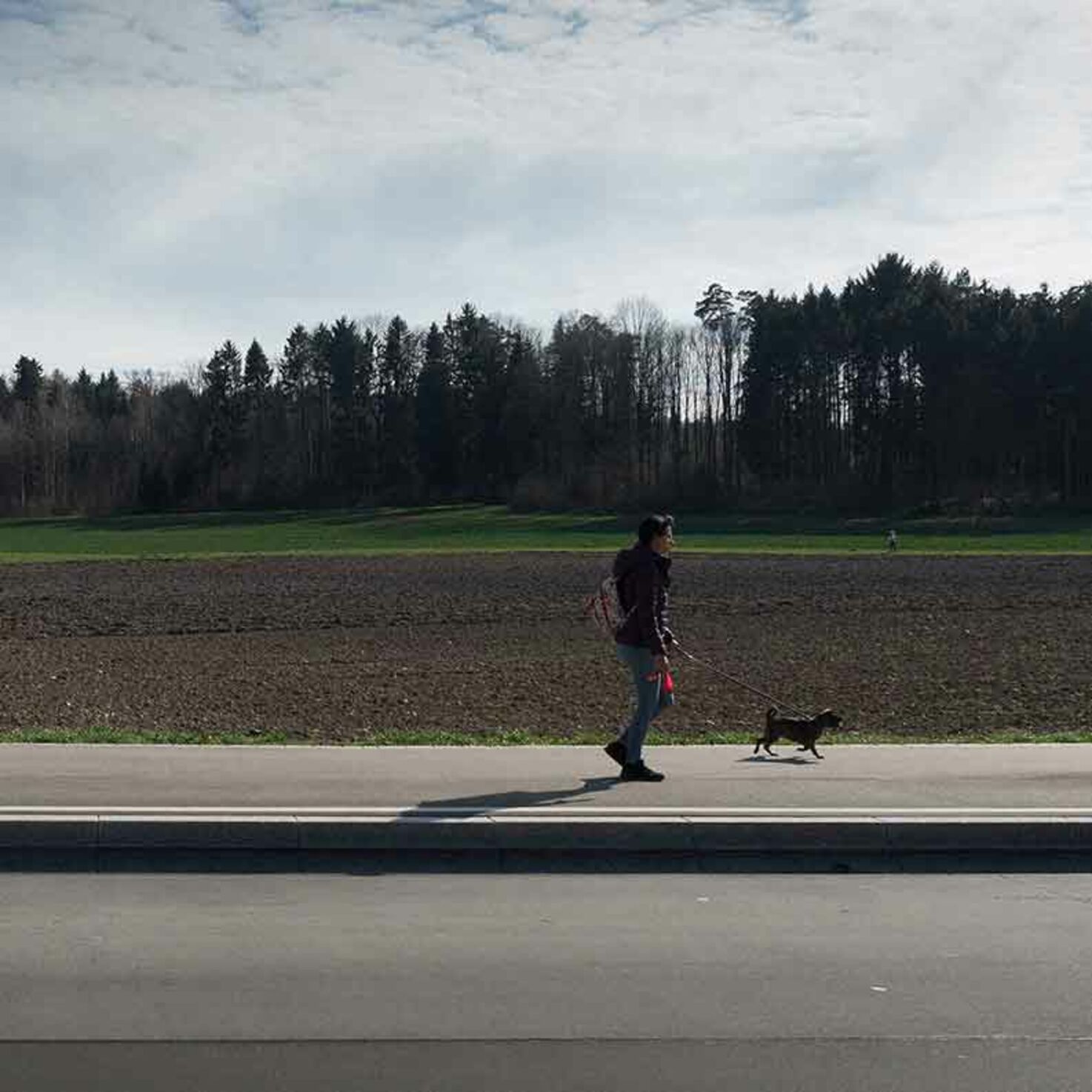 Looking for a breath of fresh air in the city? Then head out to Waidhof, at the end of VBZ line 62. Every spring in Waid, a former outpost of Seebach, a local guild burns an effigy – Zurich’s second Böögg.

Chickens wandering about, the thrum of tractors, farmyard smells and snorting cattle – when you get off the bus in Waidhof, you certainly know you’re in the country. Waidhof, the terminus of bus line 62, is a working farm, with cows and chickens, pigs and beehives. Next to the cowshed there’s an outbuilding with a cooling tank. Passers-by and residents can help themselves to milk and other produce from the milk vending machine.

Today the farm is in the heart of Waid, a group of buildings scattered loosely around a road junction somewhere between Seebach and Affoltern. The barns are still used as barns, and a sign tells us that a building dates back to 1844, when it housed both a washhouse and a pig sty. When you travel to the end of the line, you get off the bus next to a paddock.

You’re probably thinking ‘welcome to the country’, but in fact Waid is within Zurich’s city limits. Owned by Grün Stadt Zürich, the farm is run by a tenant family. All around you is open countryside. With its fields, woods and meadows, it’s the perfect place for people to grab some fresh air. Joggers, dog owners, cyclists and families are all out and about, and there are fire pits on the edge of the woods.

The settlement has clearly grown organically from its origins as a lone farm in 1806. But the area around Waid also has an architectural surprise in store – the Schwandenholz cooperative housing complex. Built in 1998, the rectangular blocks have a very functional appearance compared to their surroundings. At that time the city council was running a housebuilding campaign under the banner ‘10,000 homes in ten years’. This brought enormous growth to the neighbouring district of Affoltern.

In 2011 the bus terminus moved to its current location, closer to the cooperative housing complex. The local guild members were probably happy that it no longer stopped outside the Restaurant Waidhof, as this is where they celebrate Sechseläuten, Zurich’s traditional spring holiday, in their own special way. Since 1978, this is where they burn an effigy known as the Böögg.

The farm is inside the city limits.

Today’s guild master, Hansruedi Keller, says the idea for this traditional event formed over a few beers. One evening, as they were sitting in the Restaurant Waidhof, one of the members said: ‘We could do something like that here too.’

Every year the event attracts up to 150 people. ‘Not quite so many if it’s raining,’ says 73-year-old Hansruedi, who has been guild master since 2004. The event involves food stands, a festival tent and placing bets on when the Böögg will explode. The Zurich Seebach band strike up the Sechseläuten March, then the effigy is set alight.

The idea of Sechseläuten came about over a few beers.

Sechseläuten is also celebrated in the centre of Zurich, but with a few differences. In Waid, the bonfire is lit later on, at 9 pm. Hansruedi says another difference is that the Waid guild allows women members, and prospective members don’t need a sponsor: ‘We’re half guild, half club.’

The members meet all year round, perhaps to play cards or a round of mini golf. Some years ago, a member of the committee bought shares in ZSG, the lake cruise operator, on behalf of the club, which now has around 150 members: ‘As shareholders, we get free day tickets so sometimes we all go on a little boat trip.’

Hansruedi says its members come from both Affoltern and Seebach, and the guild flag is emblazoned with both coats of arms. But these days, young people don’t care whether they belong to Affoltern, Seebach or simply the city of Zurich.

And the pattern of development seems to prove them right. It seems like Waid is more part of Affoltern than Seebach because of the buildings that have sprung up between them, and the people who travel from there by bus and car. But older locals still insist that the Restaurant Waidhof and the Böögg festival ground are ‘on Seebach soil’. Affoltern and Seebach have both been part of district 11 since they were incorporated in 1934.

The number 62 bus runs between Schwamendingerplatz and Waidhof. The journey takes about 26 minutes. For the timetable click here.