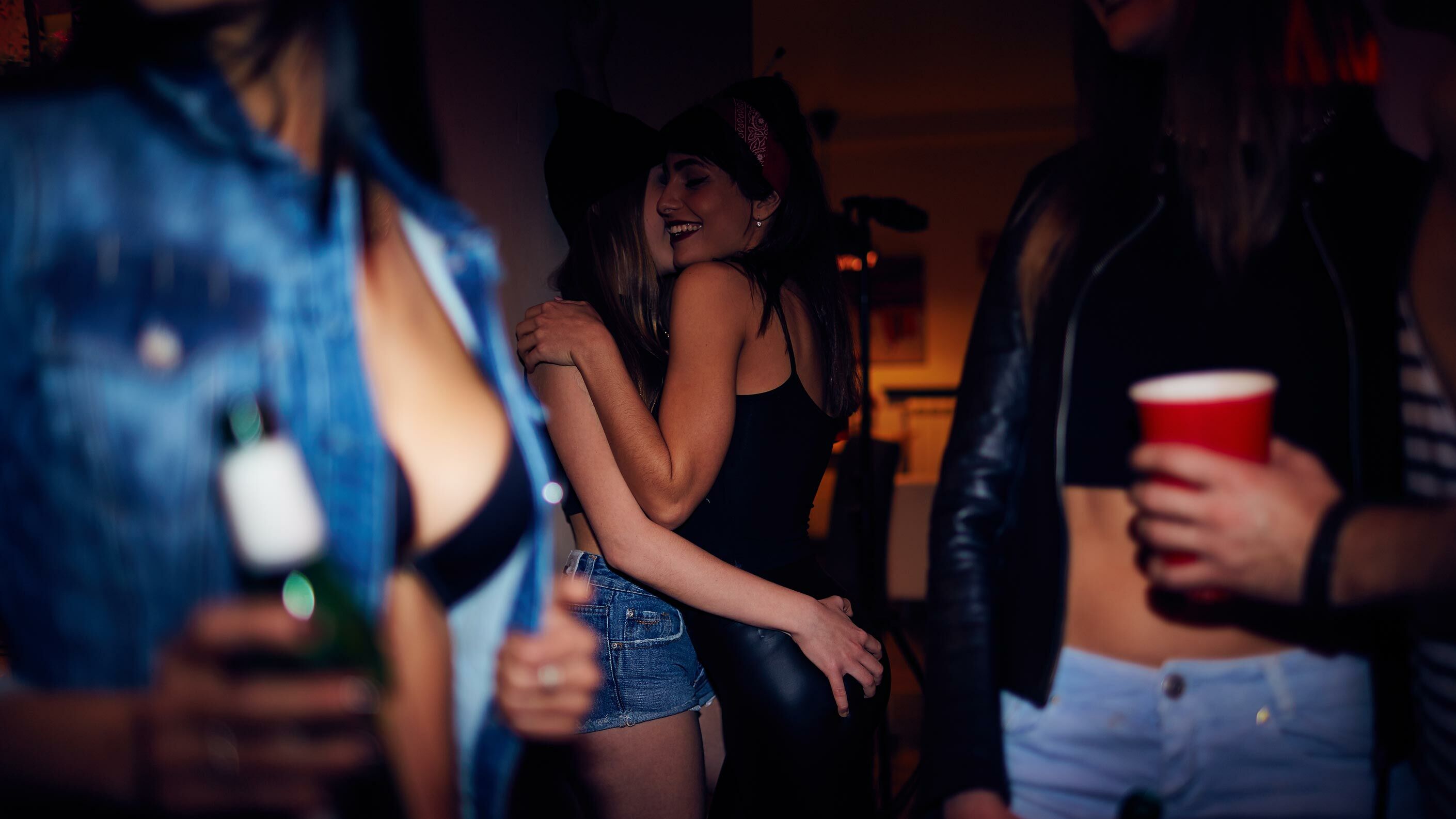 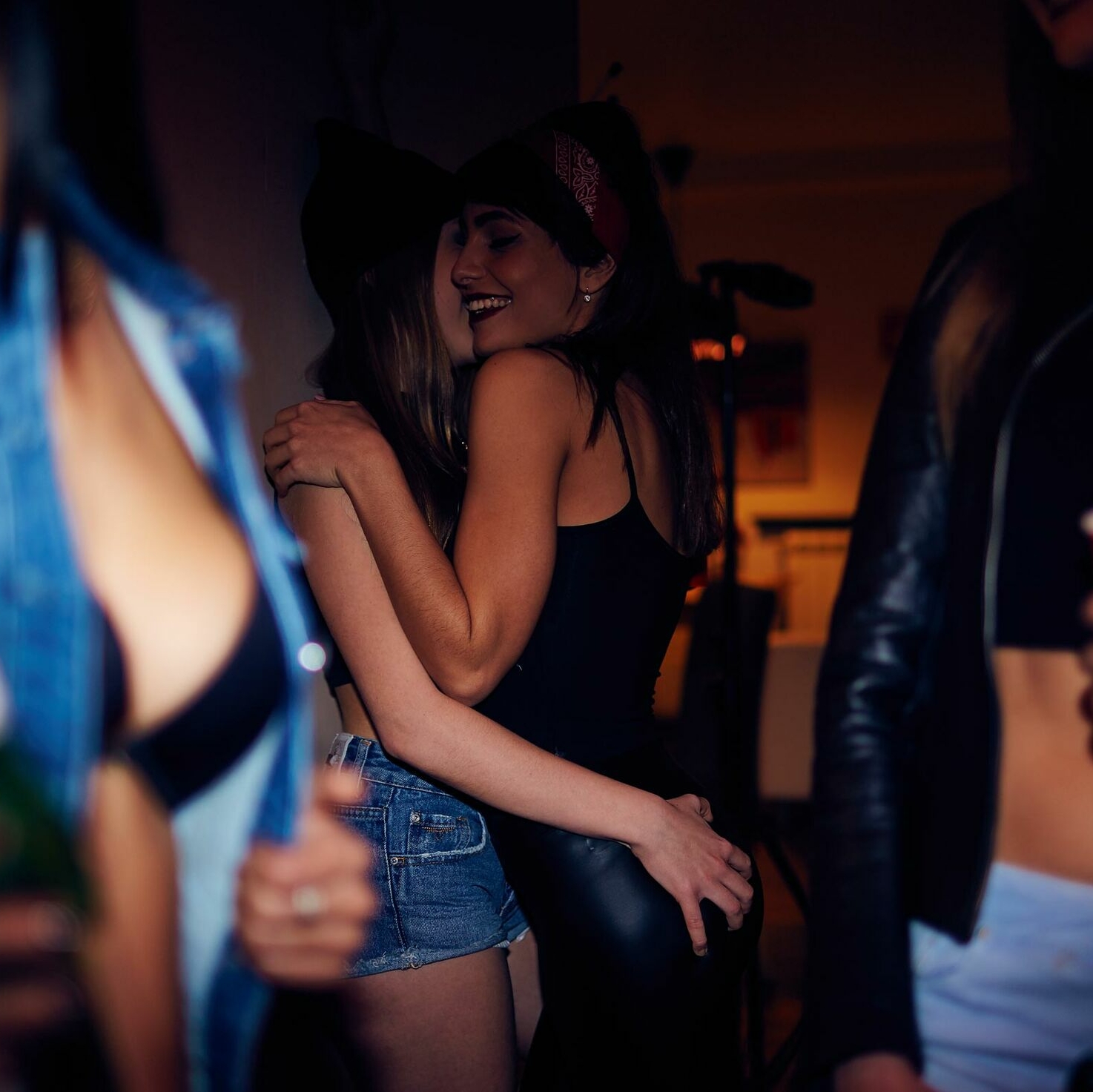 Someone started flirting with our LGBT columnist Anna Rosenwasser at Zurich Openair: Should she make the most of the attention – or immediately mention that she has a girlfriend? She is confused – and her friends can’t seem to agree either.

As I walked through the outdoor area at Zurich Openair, I was trying to engage people in conversation about an upcoming vote that affects us queer folk. I painted rainbows on their faces as I did so. Not to make them go and vote, but because every event is better with a few extra rainbows.

Because boys often have an insufferable reaction to this – ‘no, put a rainbow on my mate, he loves them!’ hehe, the joke is that being gay is an insult, hahaha – I was mostly talking to groups of women. On the one hand because they don’t come out with a bunch of homosexual clichés, and on the other because a surprising number of them are out of the closet themselves. I ended up making gay talk with a few of them (like small talk, but cuter).

Our favourite topic of conversation? Women who like other women rarely make the first move when it comes to dating. ‘Tell me about it!’ shouts one, ‘I’m never going to meet a woman!’ Because I work for LOS (the Swiss Lesbian Organisation), I had a suggestion: ‘Let’s post a picture of you on our Instagram account, so any women who are interested can get in touch with you.’ She agreed and we took a picture. Then I had to come up with a caption. ‘Tell me three things you like,’ I asked her. ‘Hmmmm, road cycling… hockey… and you.’ I laughed. ‘Me? We can’t write that.’ – ‘OK, write LOS instead.’ I posted our imitation Tinder profile, said goodbye, and carried on with my political mission.

Ten minutes later, two questions popped into my head. Number one: Would she get a lot of messages? Number two: Did she just make a move on me?! Little did I know I would get answers to both these questions the very same evening. ‘Not yet!’ shouted the young woman when I saw her again later on in a party tent and asked if she had had any responses. Her non-verbal cues gave me the answer as to whether or not she had been hitting on me as she smiled, danced and bought me a coke. This kind of attention, this flirtation, is a nice compliment. I have a steady partner, but when someone actually hits on me, I can’t help but enjoy it – it’s human nature.

‘What? Already?’ she asked when I told her I was going home a short while later. And then she said with a little more determination: ‘Okay, I’ll come with you.’ As we walked outside together, I explained: ‘Just so there are no misunderstandings… I can’t take you back to mine. I live with my girlfriend.’ – ‘You have a girlfriend?! And you’re only telling me this NOW?’ My new friend was surprised. And also a little pissed off. On our way back to Zurich we talked about the situation; she felt that it was unfair that I hadn’t mentioned it earlier to stop her from getting her hopes up. But I thought it was okay to enjoy a bit of a flirt and then just walk away from the situation a couple of hours later.

I can’t help but enjoy it.

‘It’s totally fine, isn’t it?’ said my girlfriend when I told her about it when I got home. A colleague who I told about the series of events the next day thought I had been in the wrong: ‘You lied to her for almost half an evening.’

But when does it become lying? When you don’t tell someone for several hours that you are in a relationship? Should we make it clear to any potential flirtations that we are taken right away? Doesn’t that kill the compliment somewhat? Or is it only fair? I don’t know. I apologised to my new acquaintance – but she already had another problem: the mud at the festival had completely ruined her beautiful trainers.