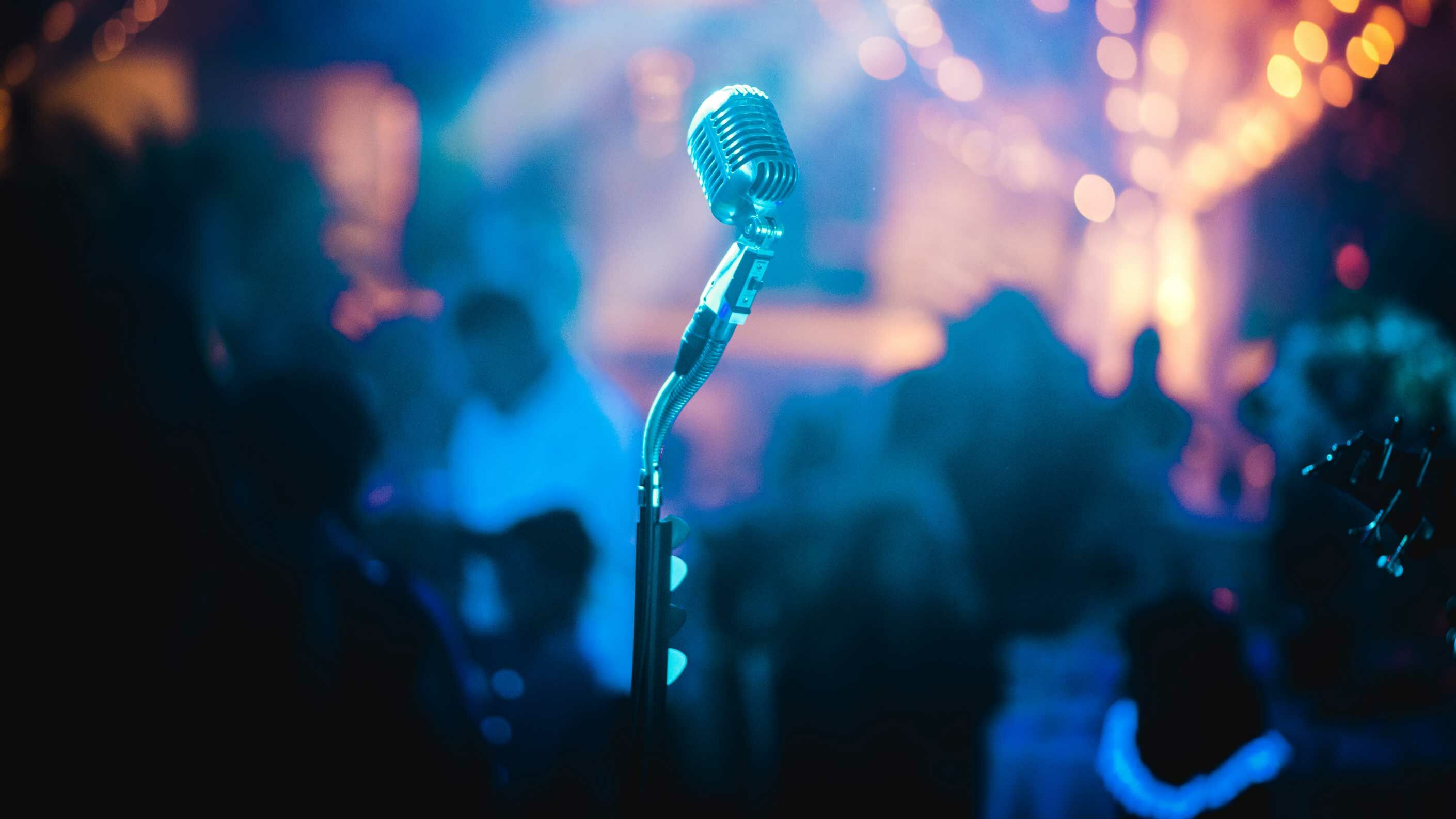 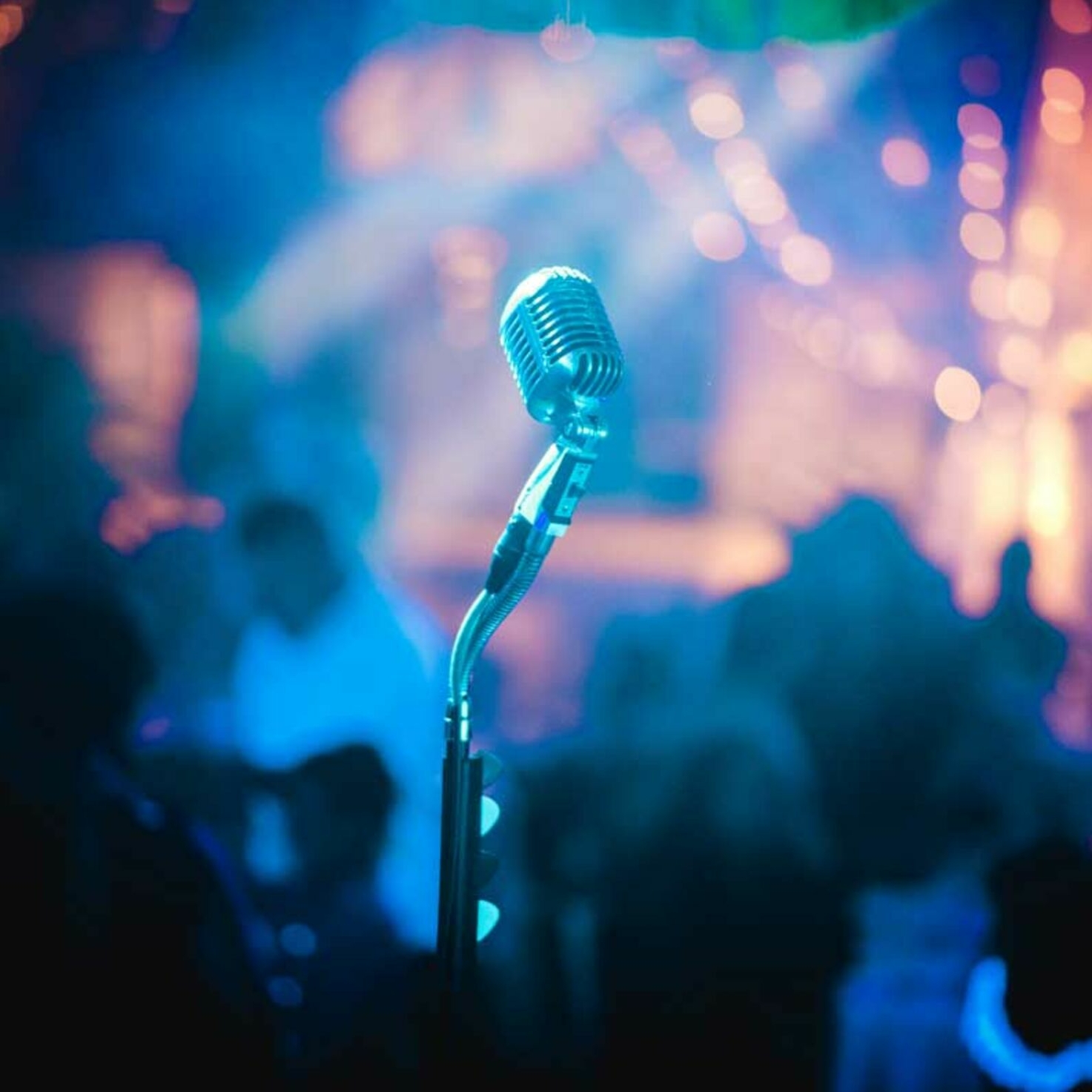 Every month, Anna Rosenwasser writes about life and love in Zurich. In June, the head of the Swiss lesbian organisation tells us about a karaoke duet that required them to find the right roles.

For me, singing karaoke is a bit like eating wasabi nuts. I see the wasabi nuts and tell myself: ‘Rosenwasser, don’t overdo it, you’ll regret it.’ Then I overdo it and regret it. It’s the same with karaoke – I go to an event and decide I’m going to hold back. One song at most, or maybe none. Because my brothers might have had a point when they spread the rumour that it was my singing that killed our cat a few years ago (RIP Strizzi).

So there I was – the first evening at a kind of weekend camp with several dozen queer people. The little building where we were staying had a disco in the basement. In the dining room, a screen was airing a gay talk show from the nineties. And next to it, in a dimly lit room, there was karaoke.

All my reticence was forgotten.

I sat there with my wasabi feeling. Don’t overdo it. Don’t get up. It didn’t quite work out. I was sitting next to Misch, a lovely person I had recently met. Misch was wearing beautiful glasses – that in itself was enough to win me over. Misch also knew how to persuade me with words and looks, whispering: ‘I’d love to sing a Disney song’ while the first performers were launching into Lady Gaga. ‘DISNEY,’ I whispered back dreamily, as if you could scream in a whisper, and we started trying to decide on a song. Wasabi galore; all my reticence was forgotten. ‘Do you know the one from Frozen?’ – ‘No, I hate animated films. What about Mulan?’ – ‘I don’t really know the words. How about The Frog King?’ – ‘There’s a Disney version of The Frog King?!’

In the end we settled on Aladdin, and its most famous song, A Whole New World. After all, Misch and I both felt this camp was a whole new world. Like in my favourite line, when Aladdin sings: ‘Tell me princess, now when did you last let your heart decide?’ Because when you grow up outside the norm, first you have to check how your heart will decide. We thought it was very fitting. So we stepped up and bravely introduced ourselves to the audience.

Misch has been always been treated as a man, so Misch sang the Aladdin part. It sounded a bit rough, Misch was hesitant and stumbled over the words. Fortunately, I knew the song well and was ready when Jasmine’s part started – but I almost choked because I was so surprised by the high octave, which was way too much for my vocal cords. I could sense my cat turning in its grave.

And it sounded so... right.

We struggled through the first verse. It sounded mediocre and we were really uncomfortable. Our eyes met. ‘Hey,’ Misch hissed after mangling the chorus, ‘You do it.’ ‘What?!’ I said, lowering the microphone – and Misch started singing Jasmine’s part. And it sounded so... right. Suddenly Misch found the melody and broke into a smile at the start of the next verse... and when it was my turn, my vocal cords relaxed. Aladdin’s pitch was so much better. Finally we could sing this duet, dance around and have fun – everything just fell into place.

Because simply expecting to be a princess doesn’t make you a princess. Because you can only be a prince if you really want to be a prince. And because these roles can change and evolve – and I’m quite sure they start to feel right when we simply have the freedom to choose them: ‘Tell me, princess, now when did you last let your heart decide?’ Because sometimes you’re not a princess, but a prince. And vice versa.

The bouncer has spoken