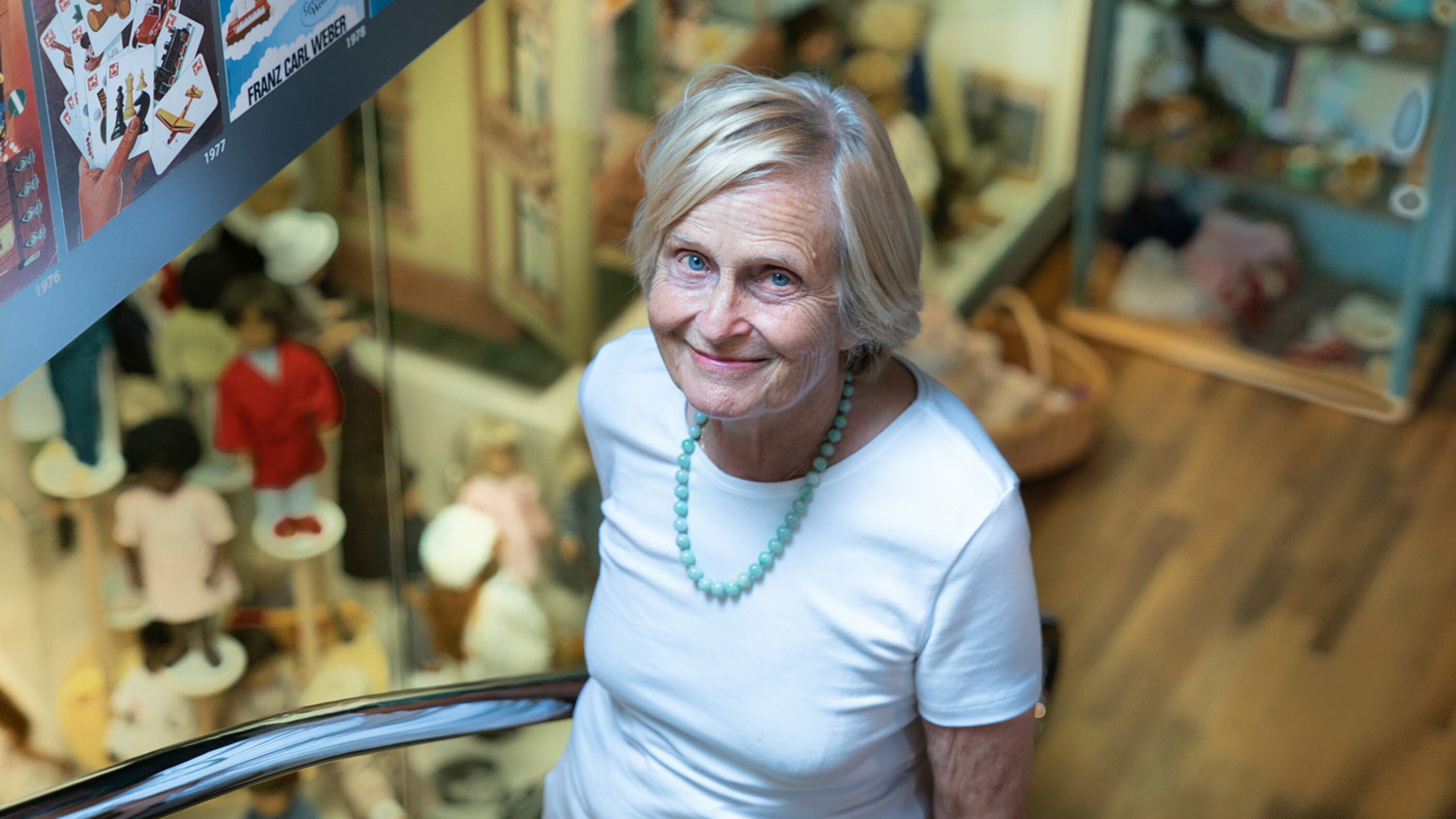 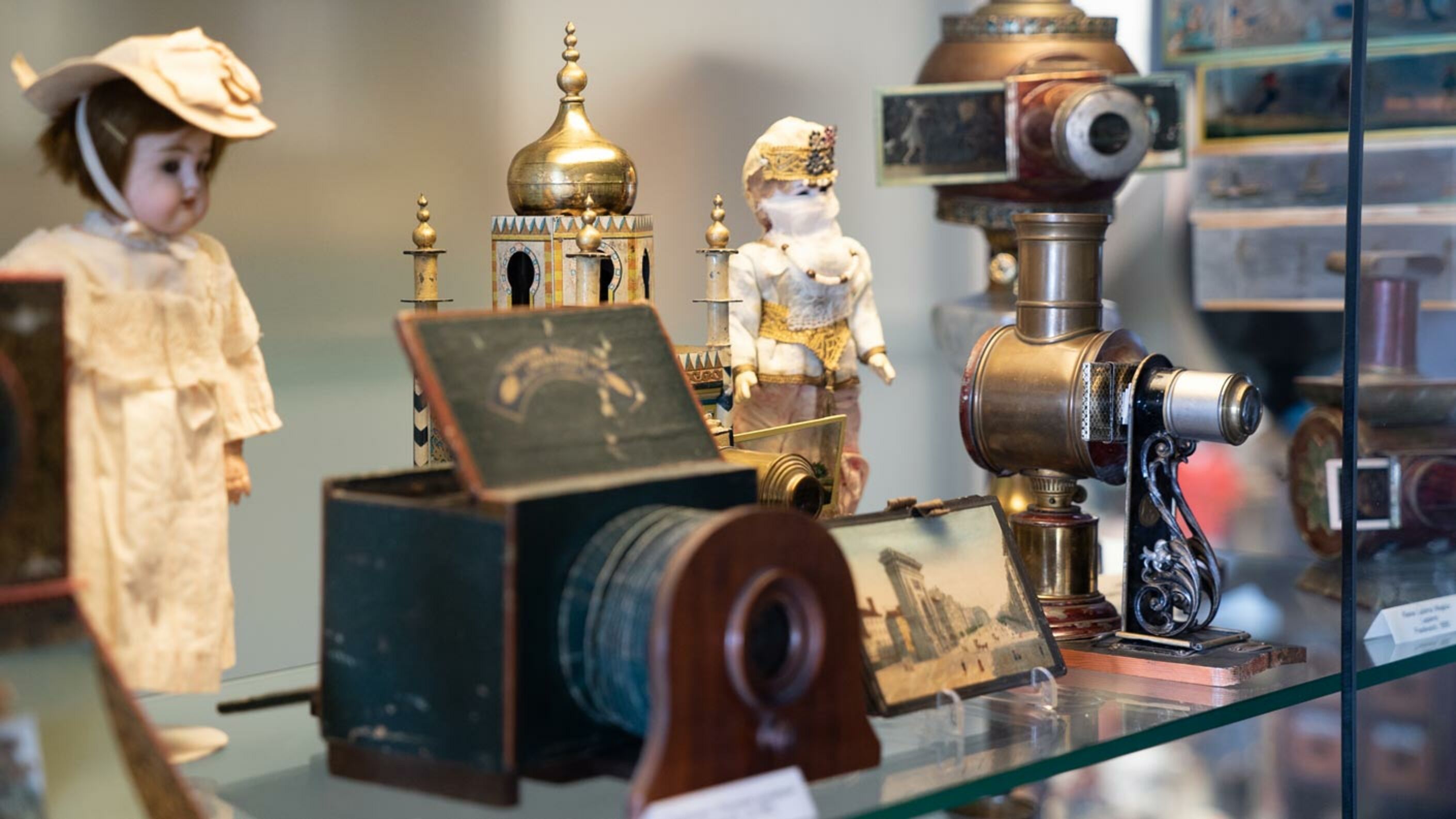 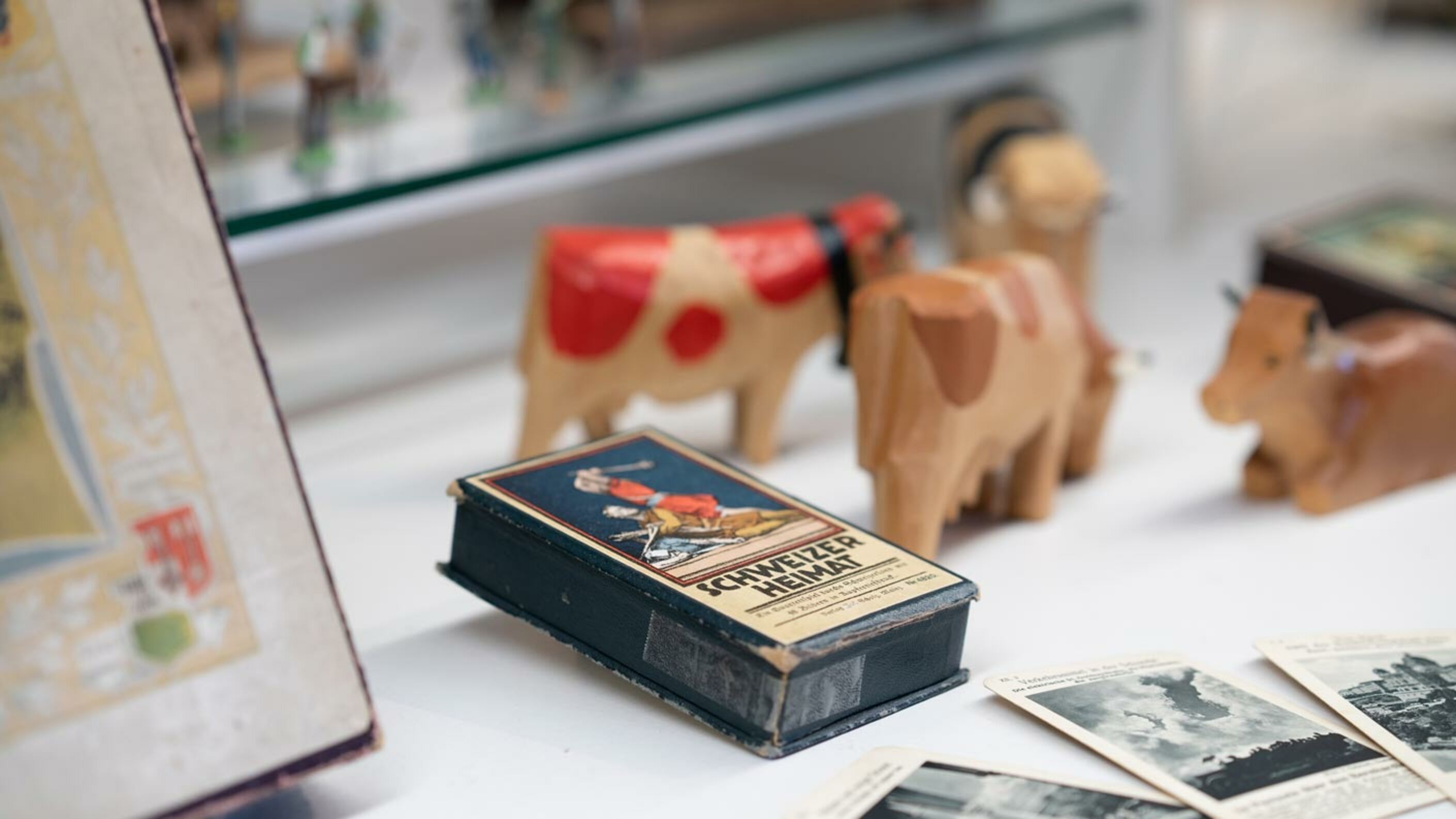 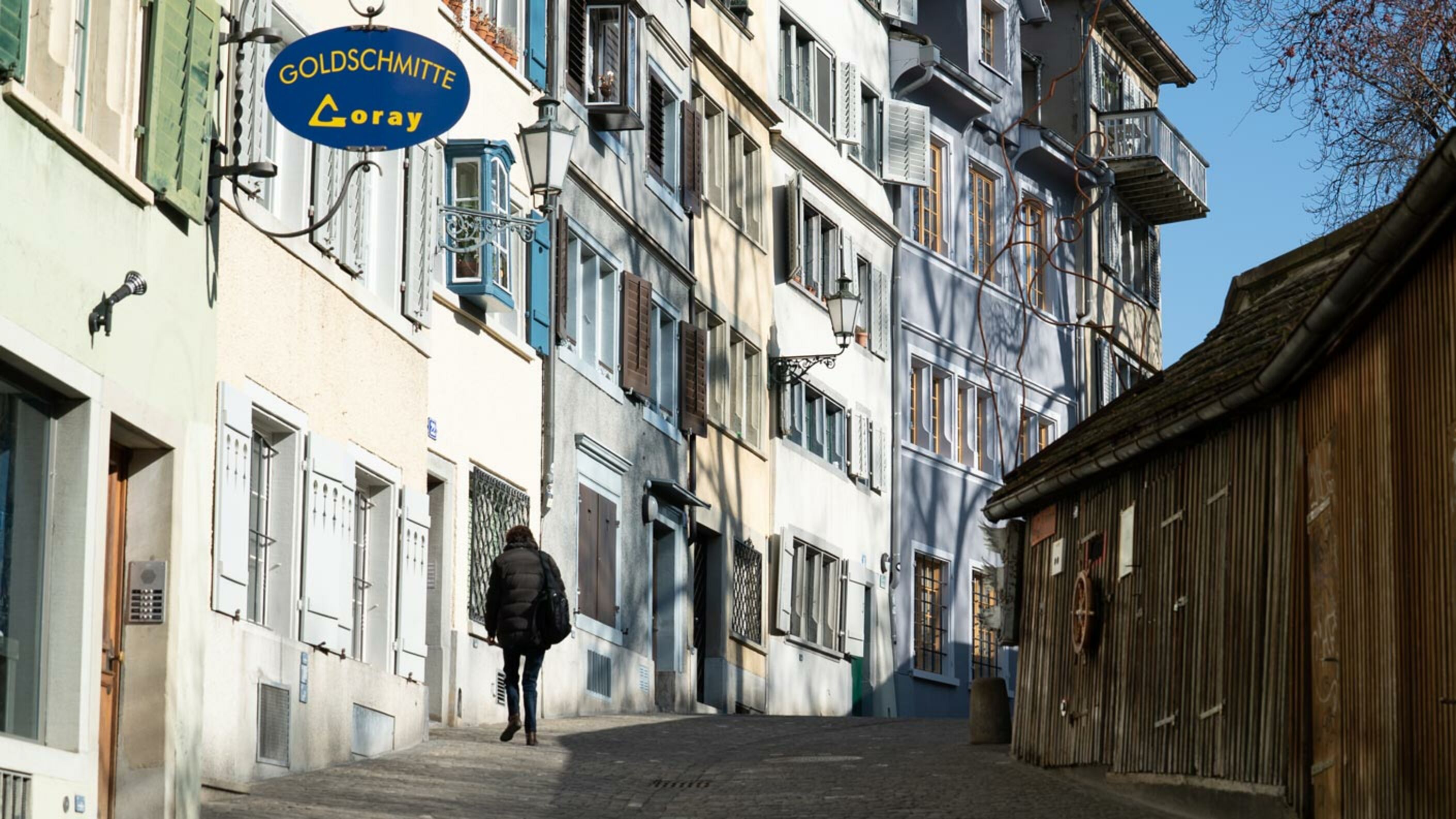 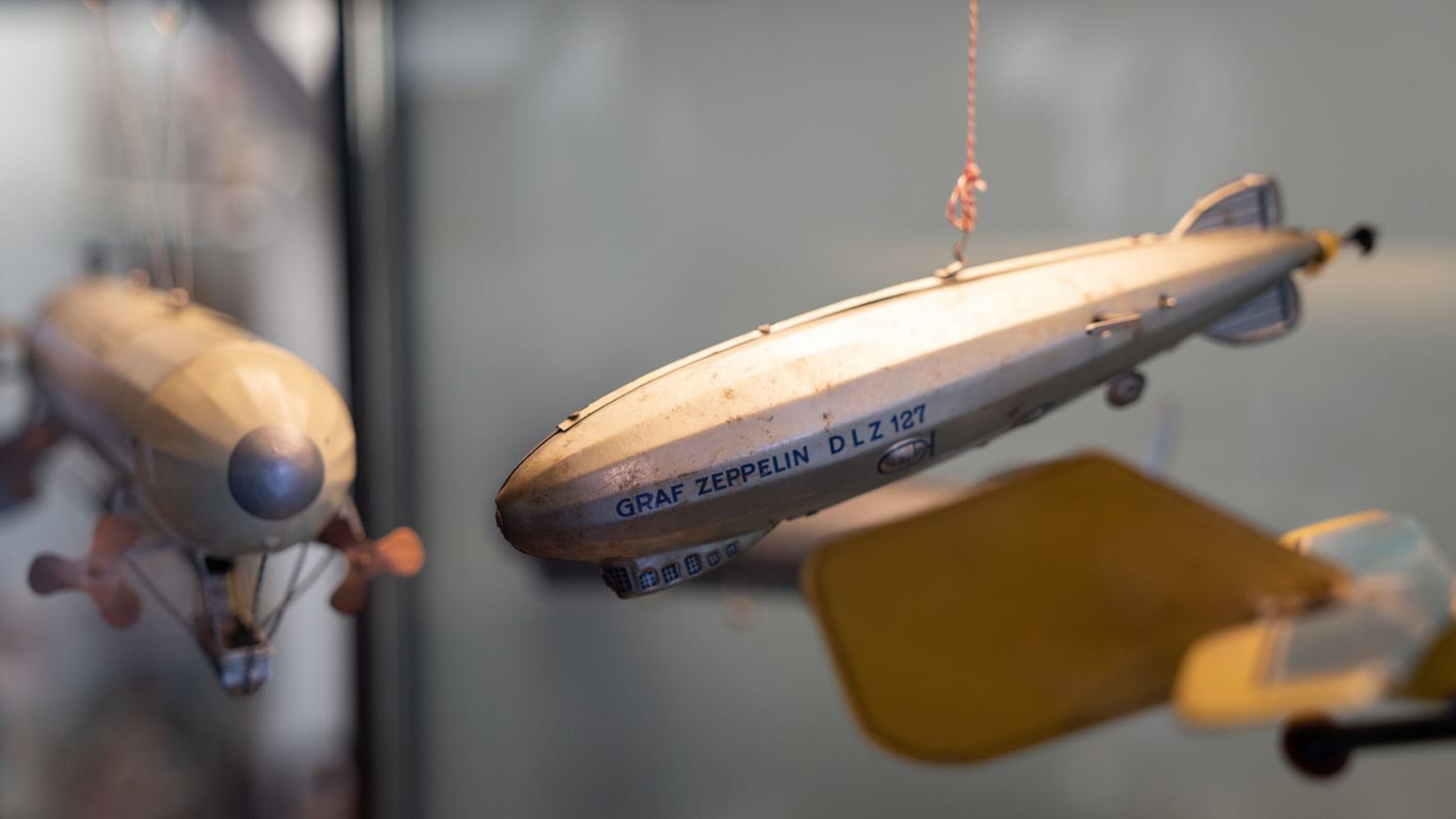 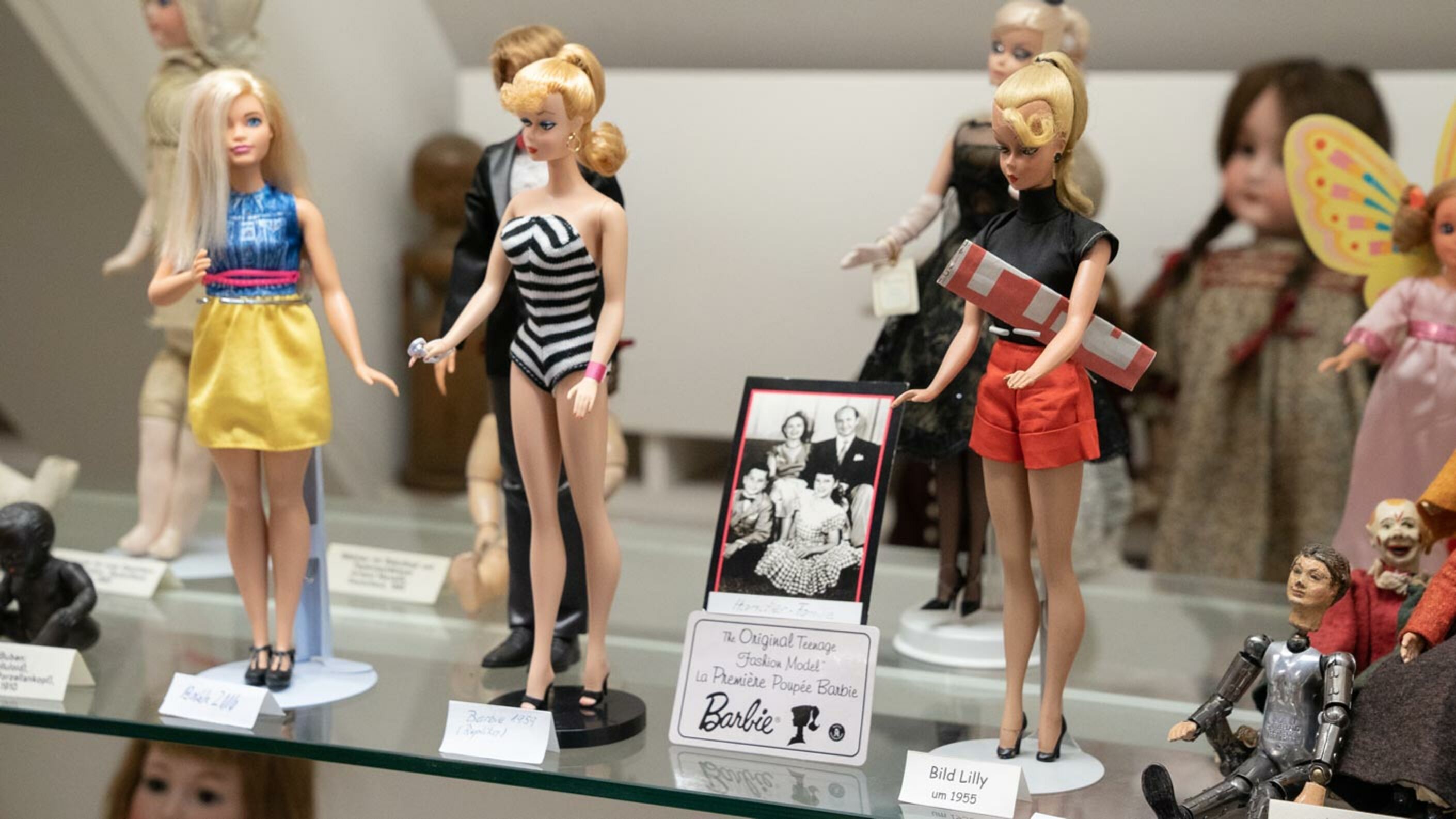 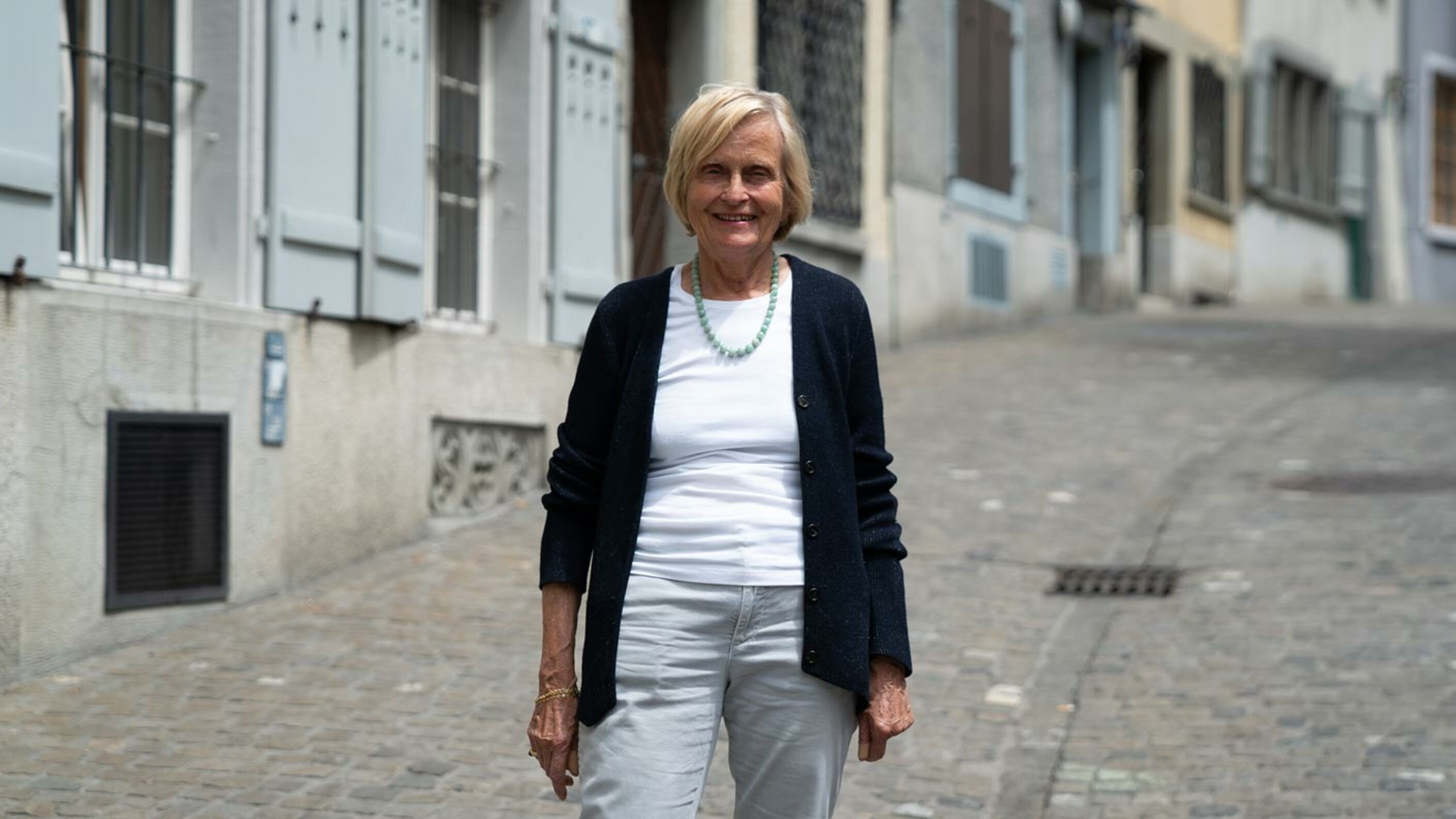 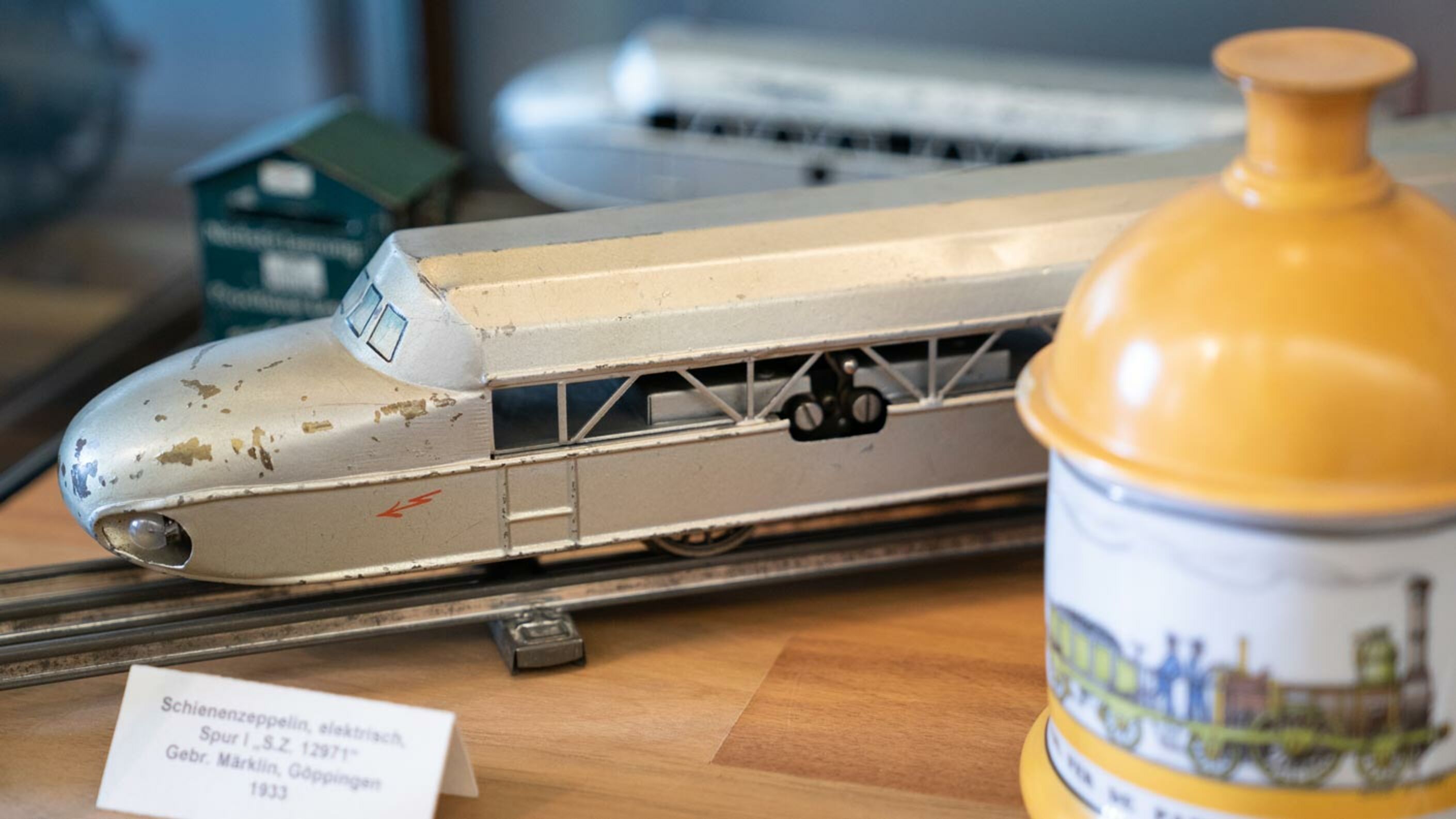 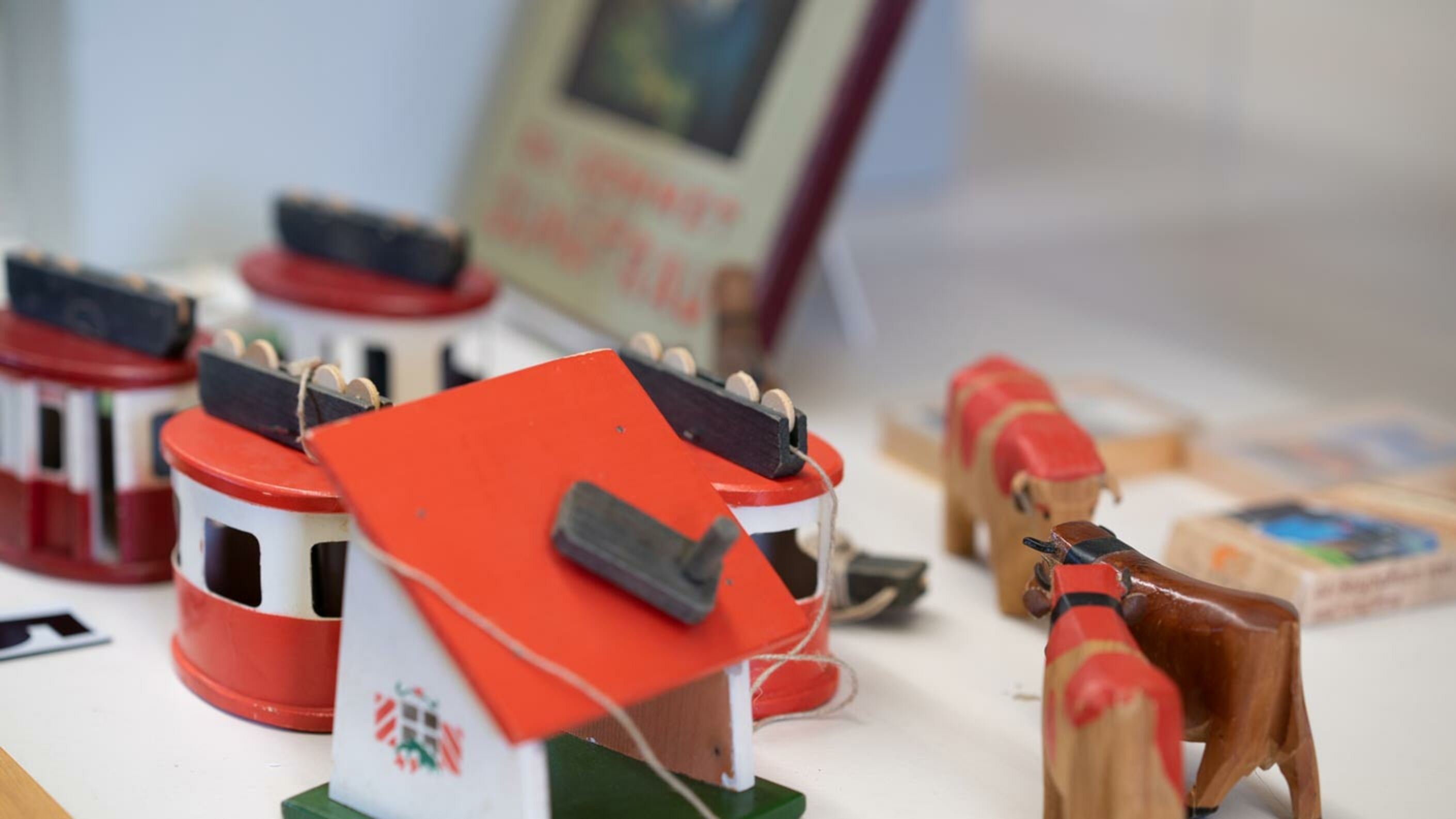 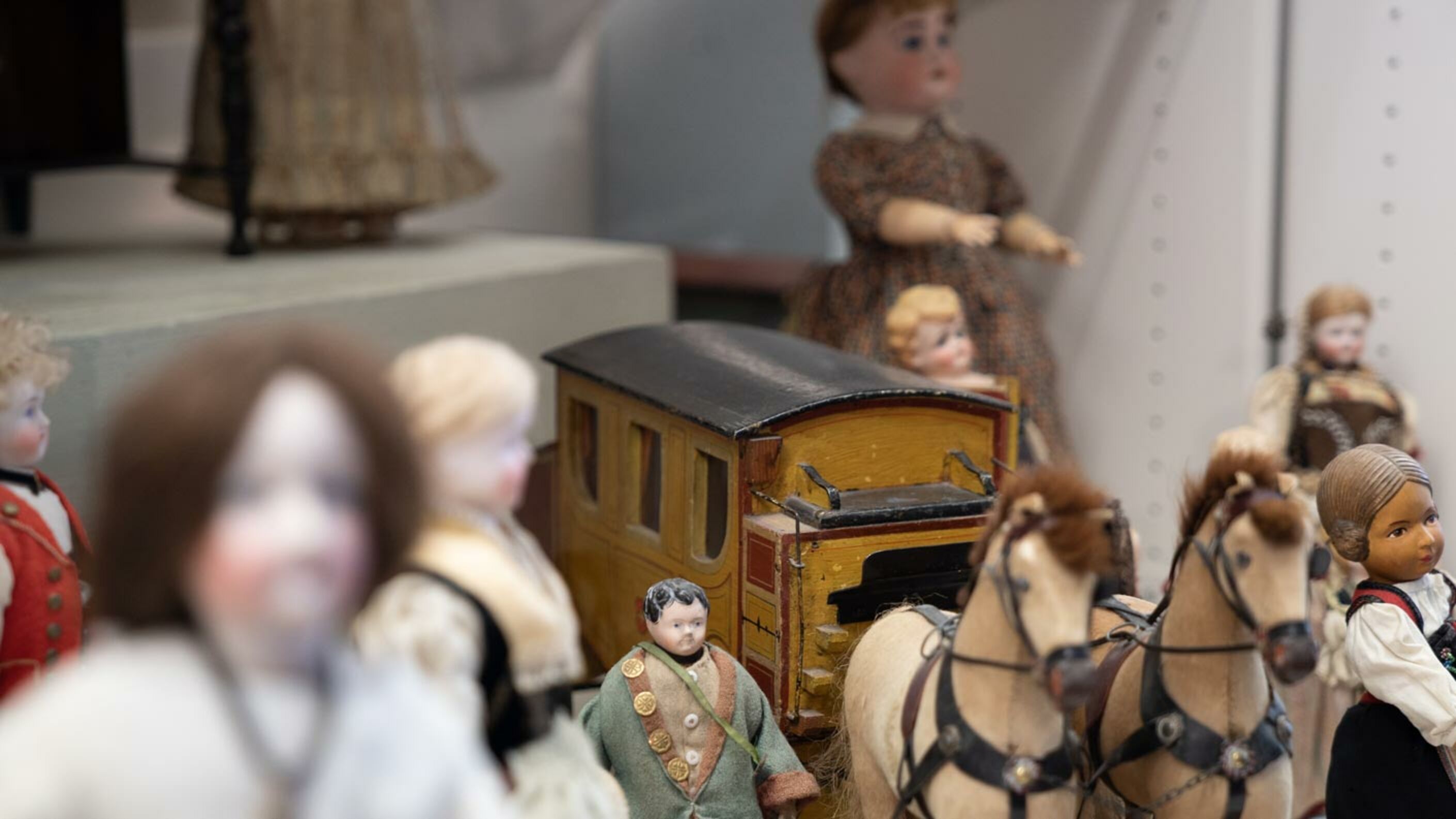 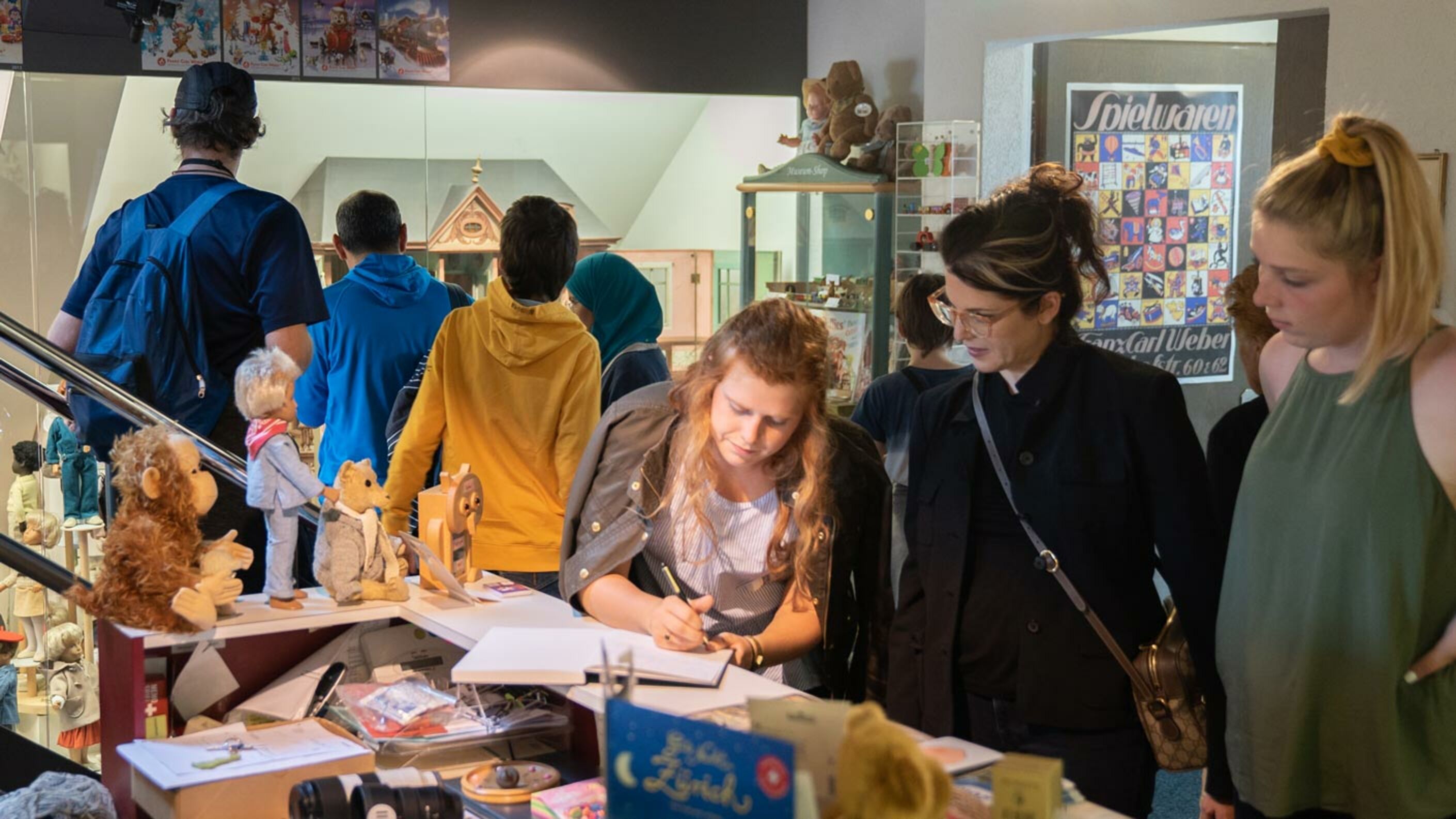 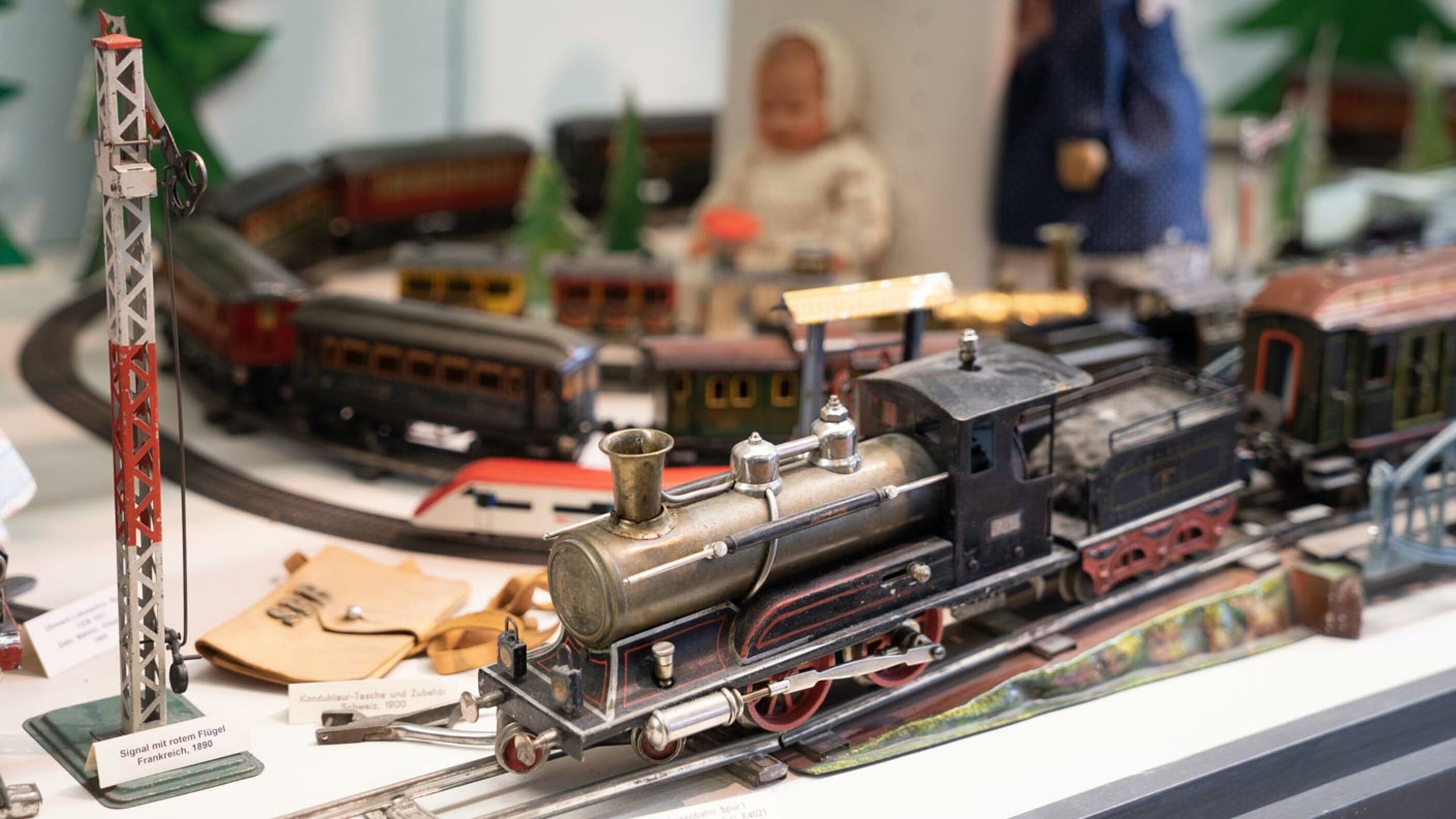 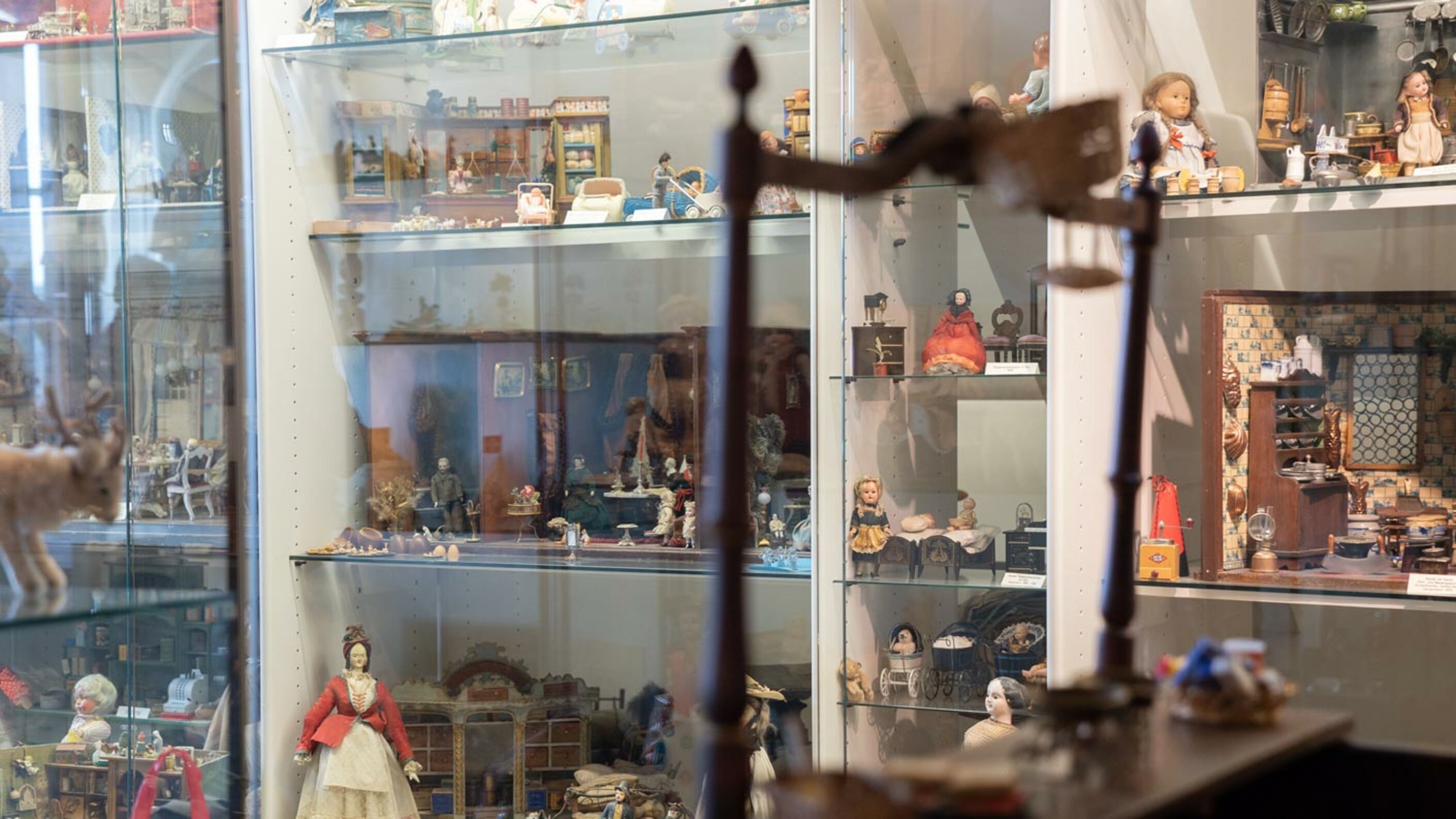 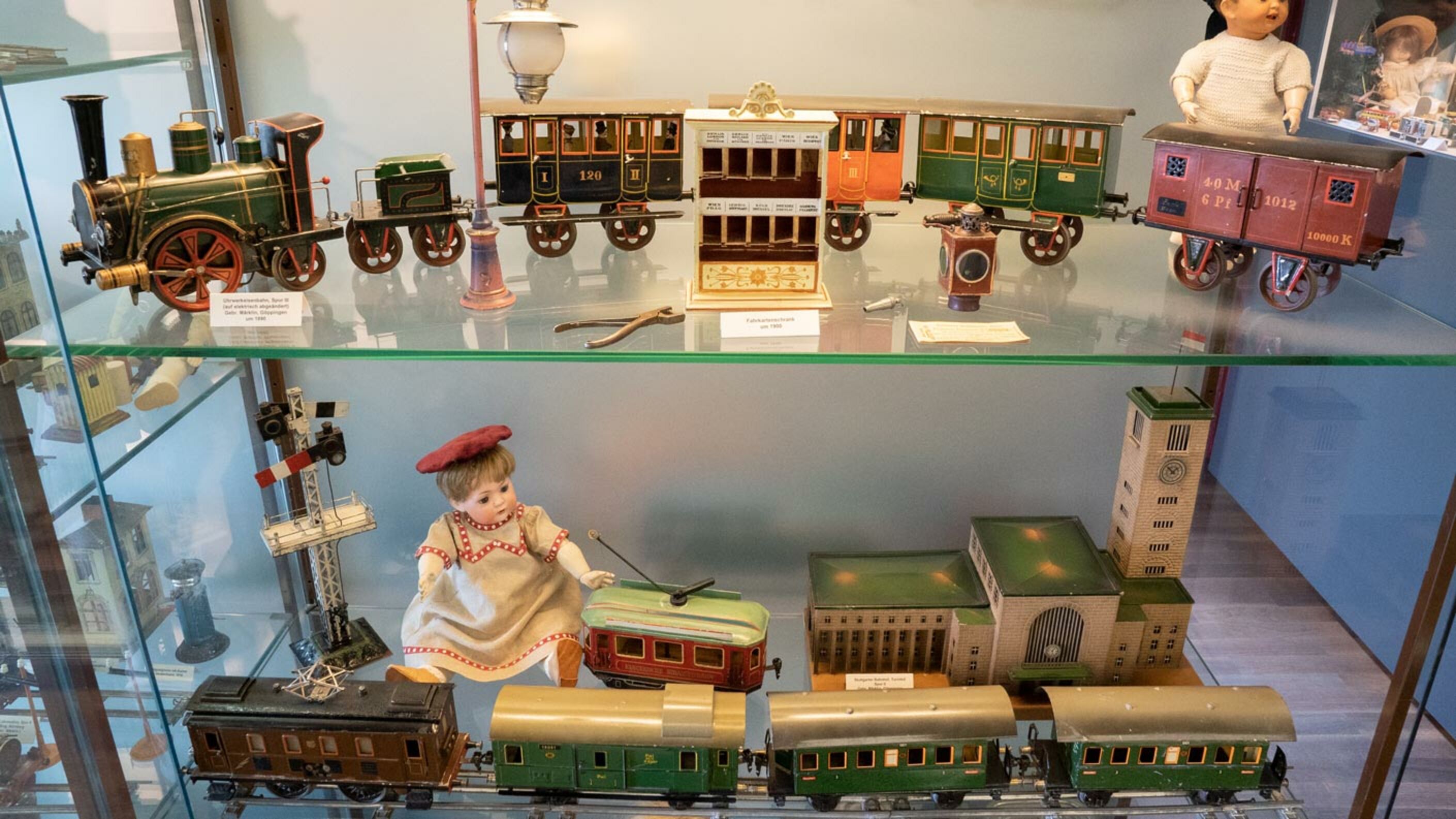 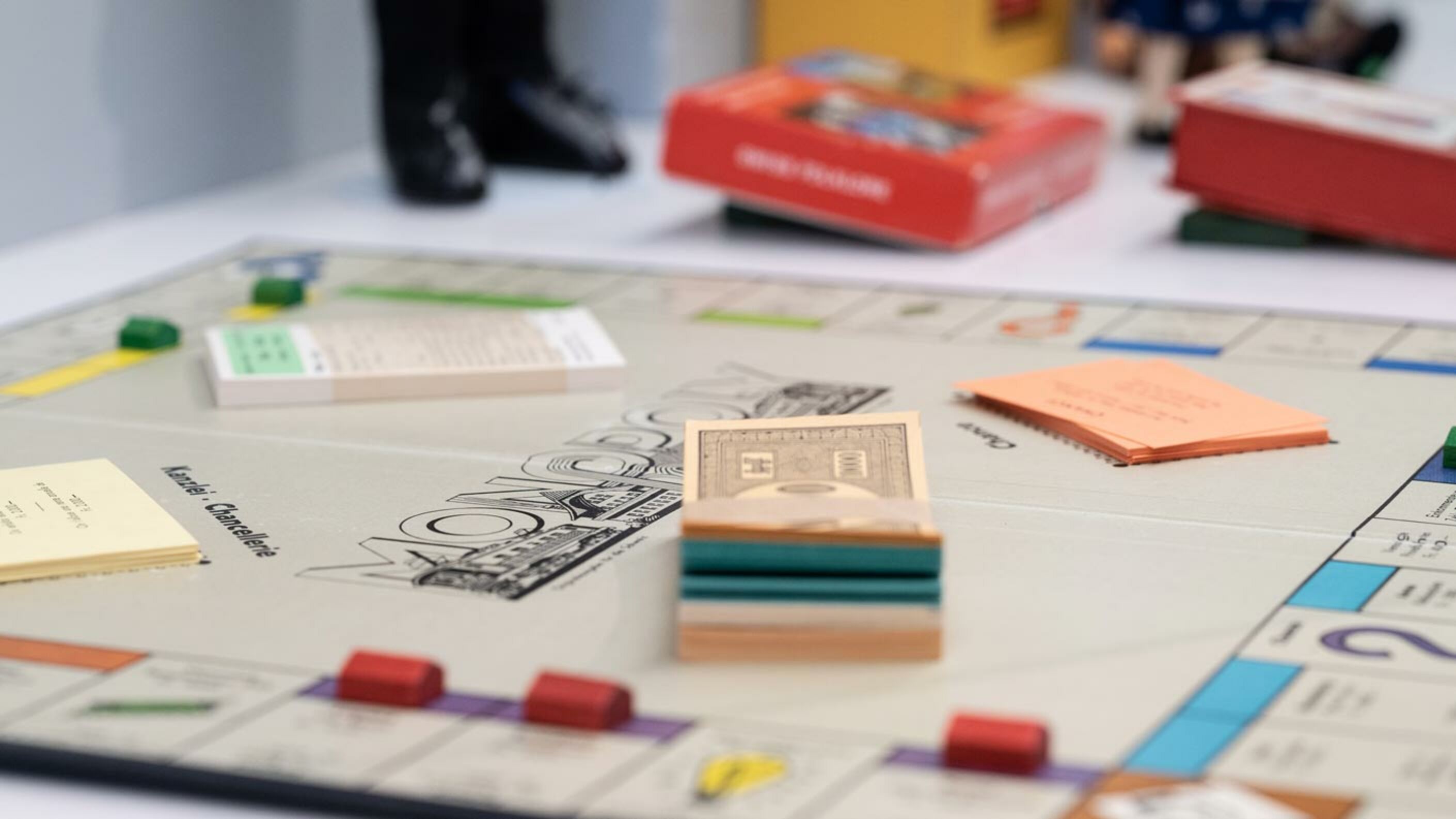 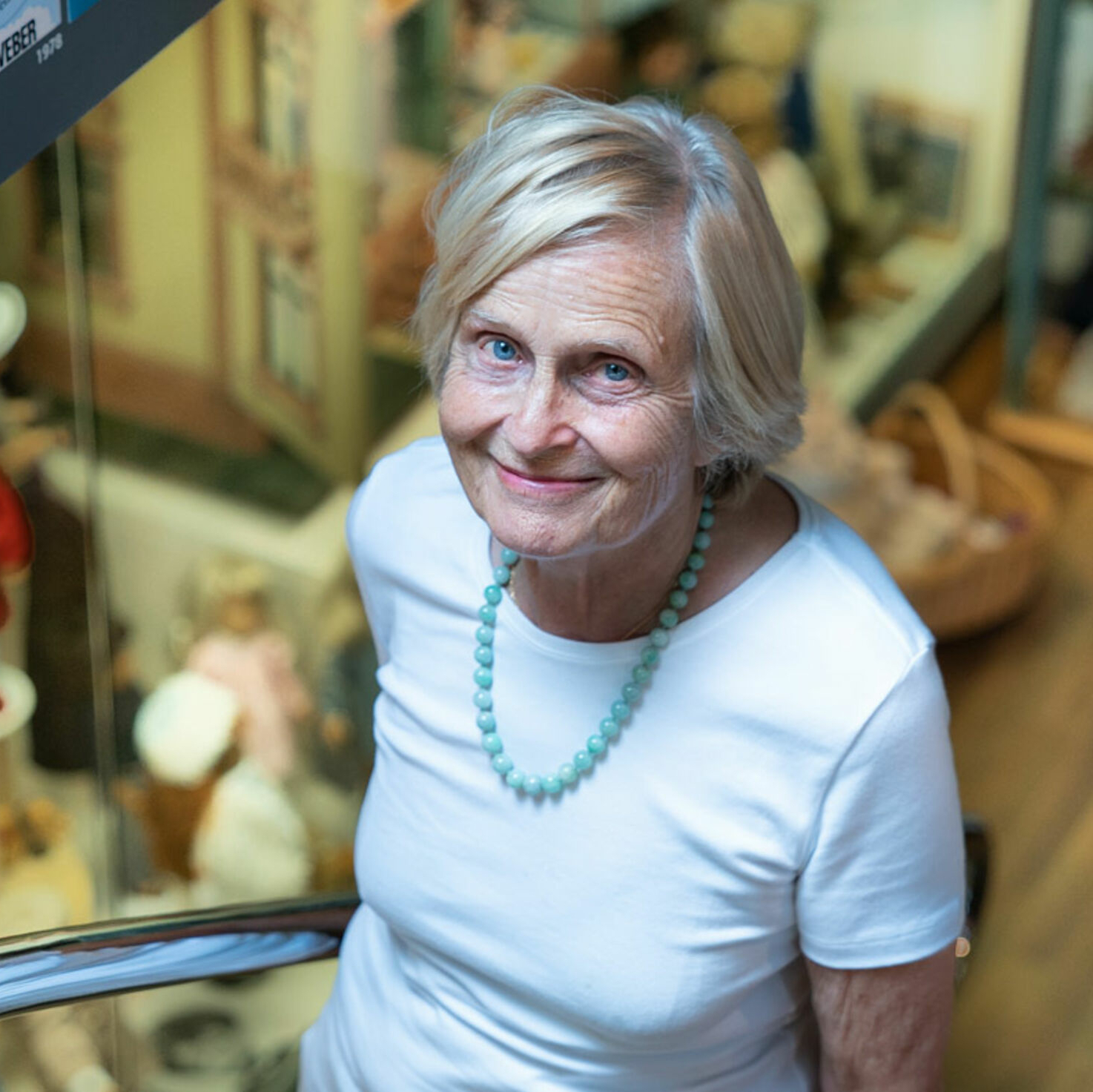 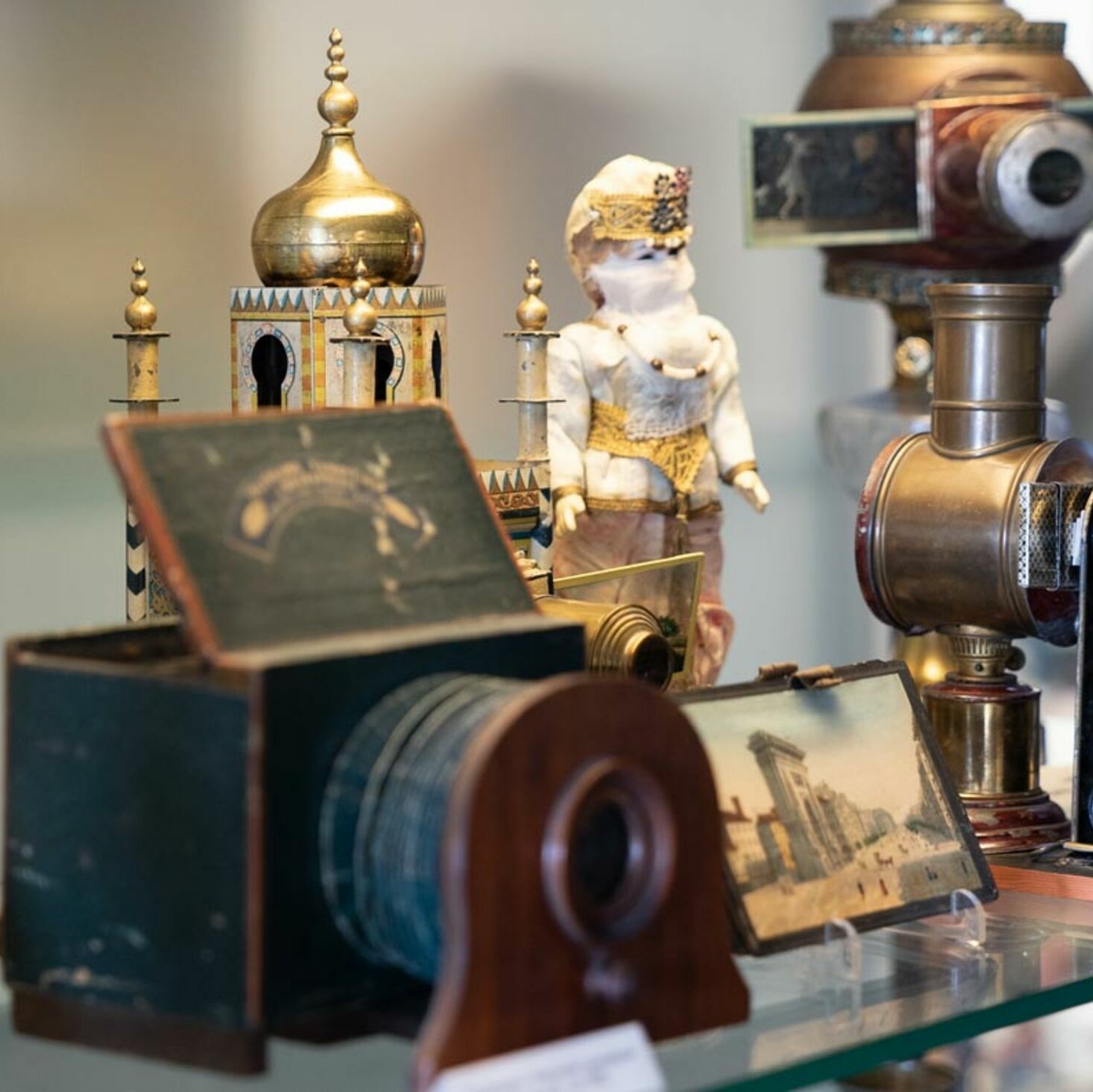 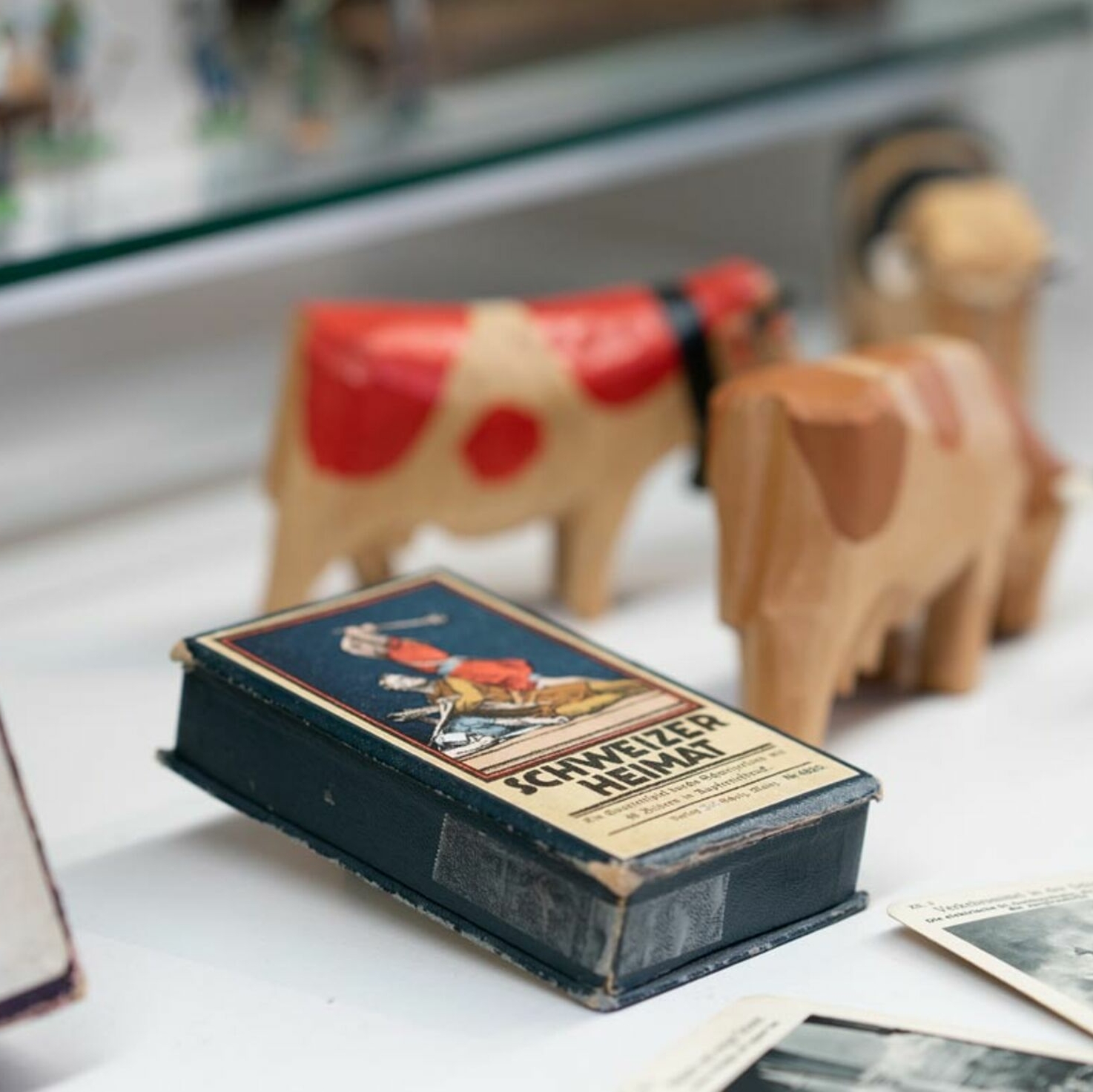 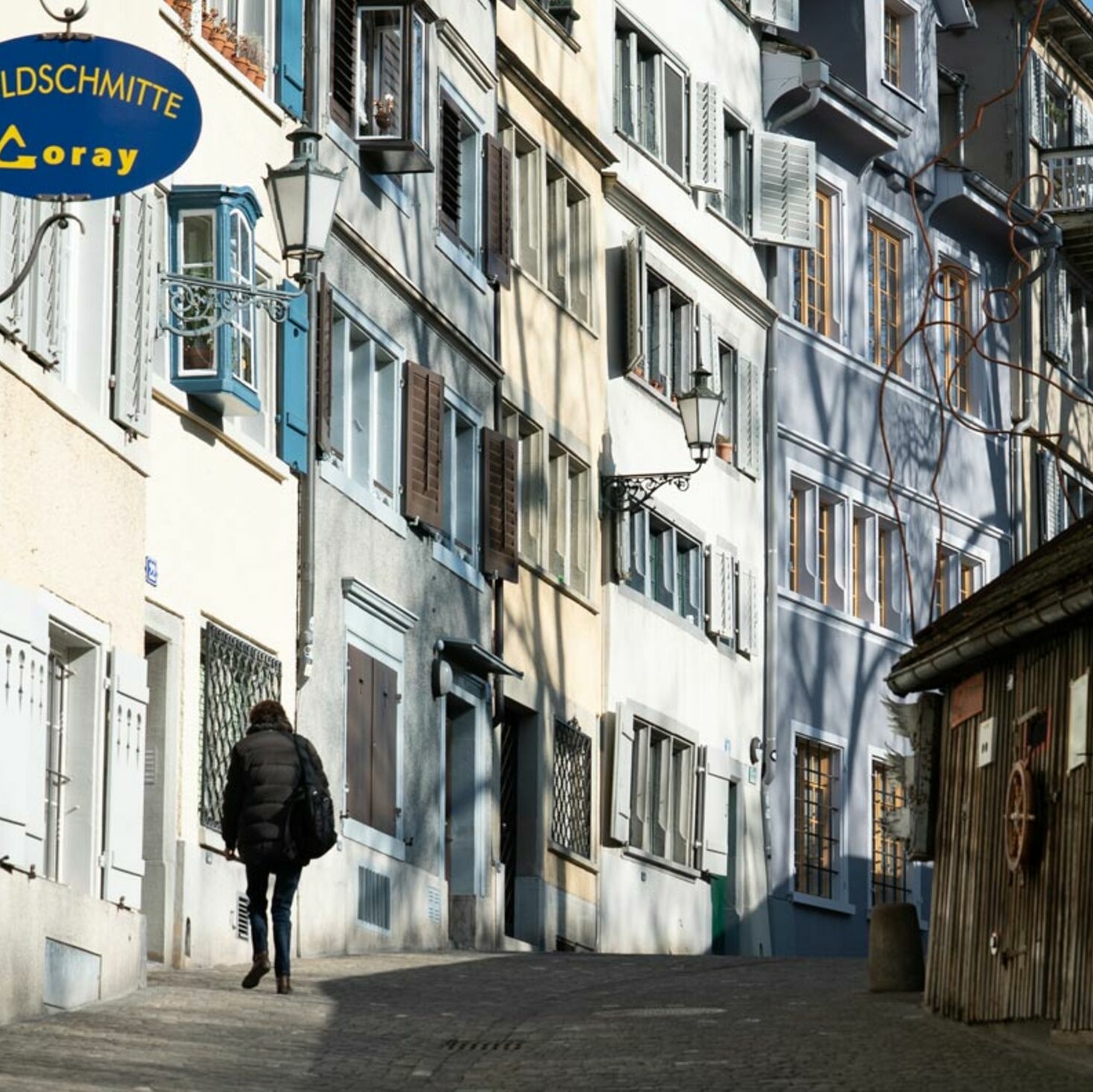 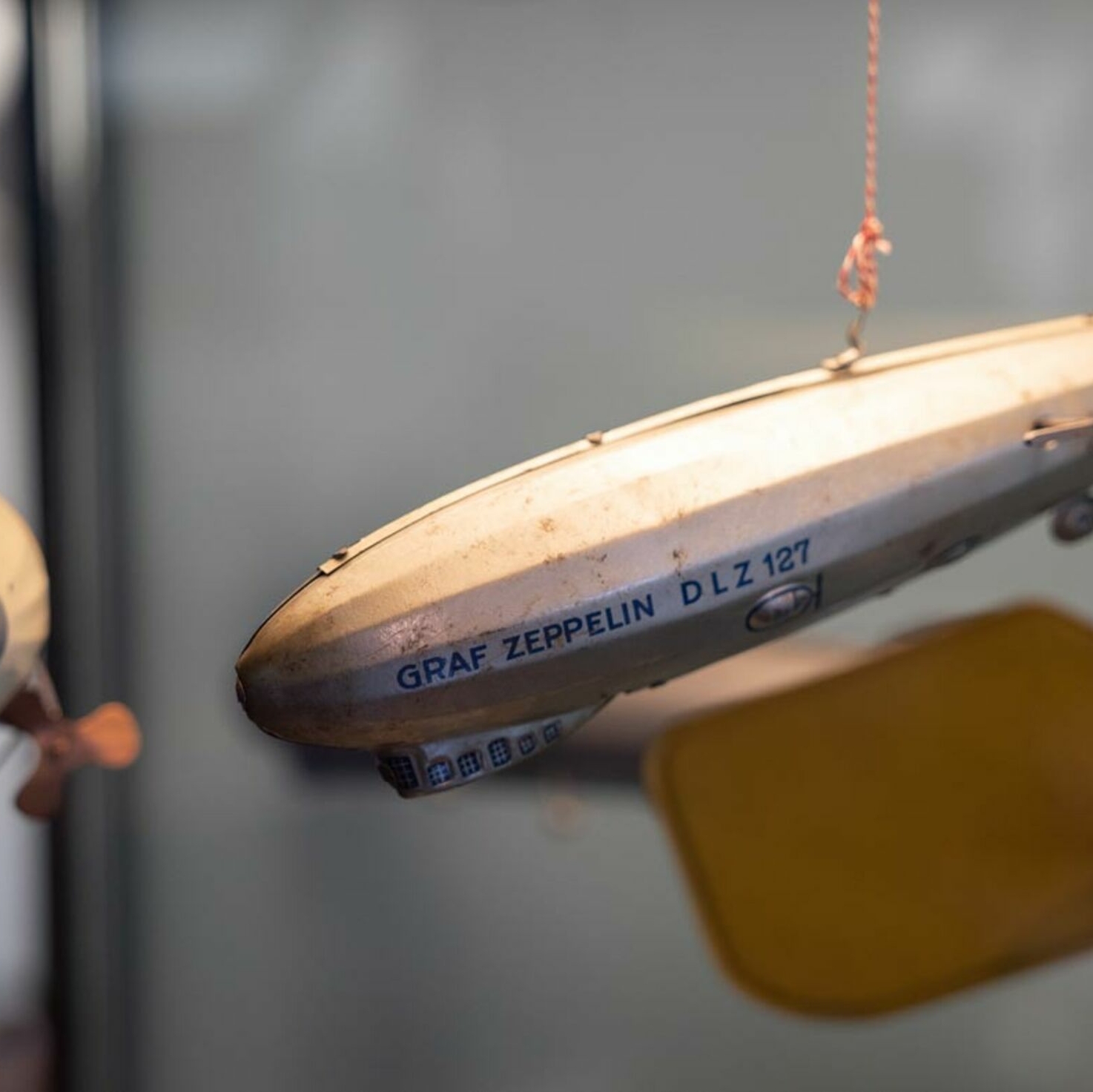 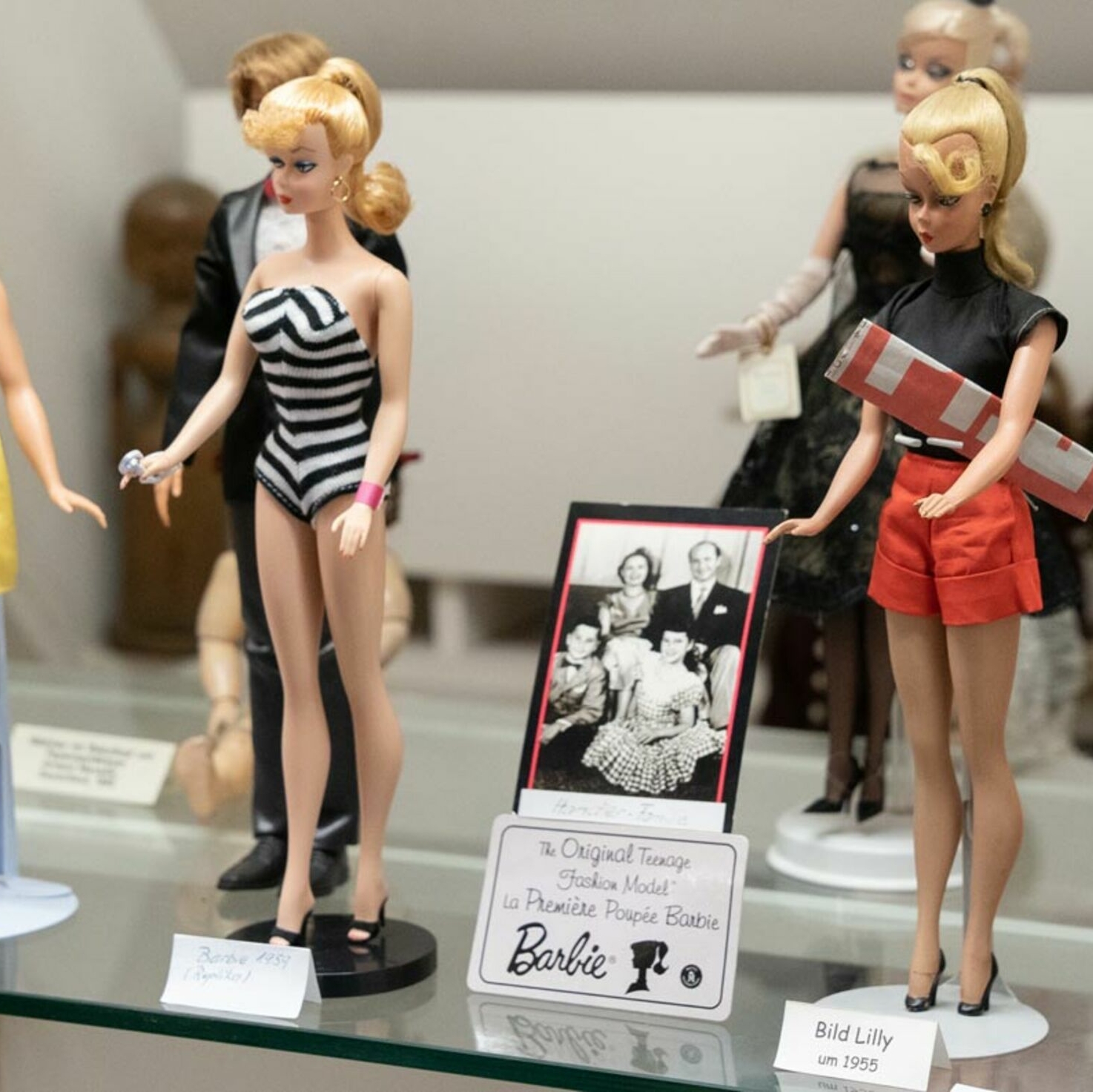 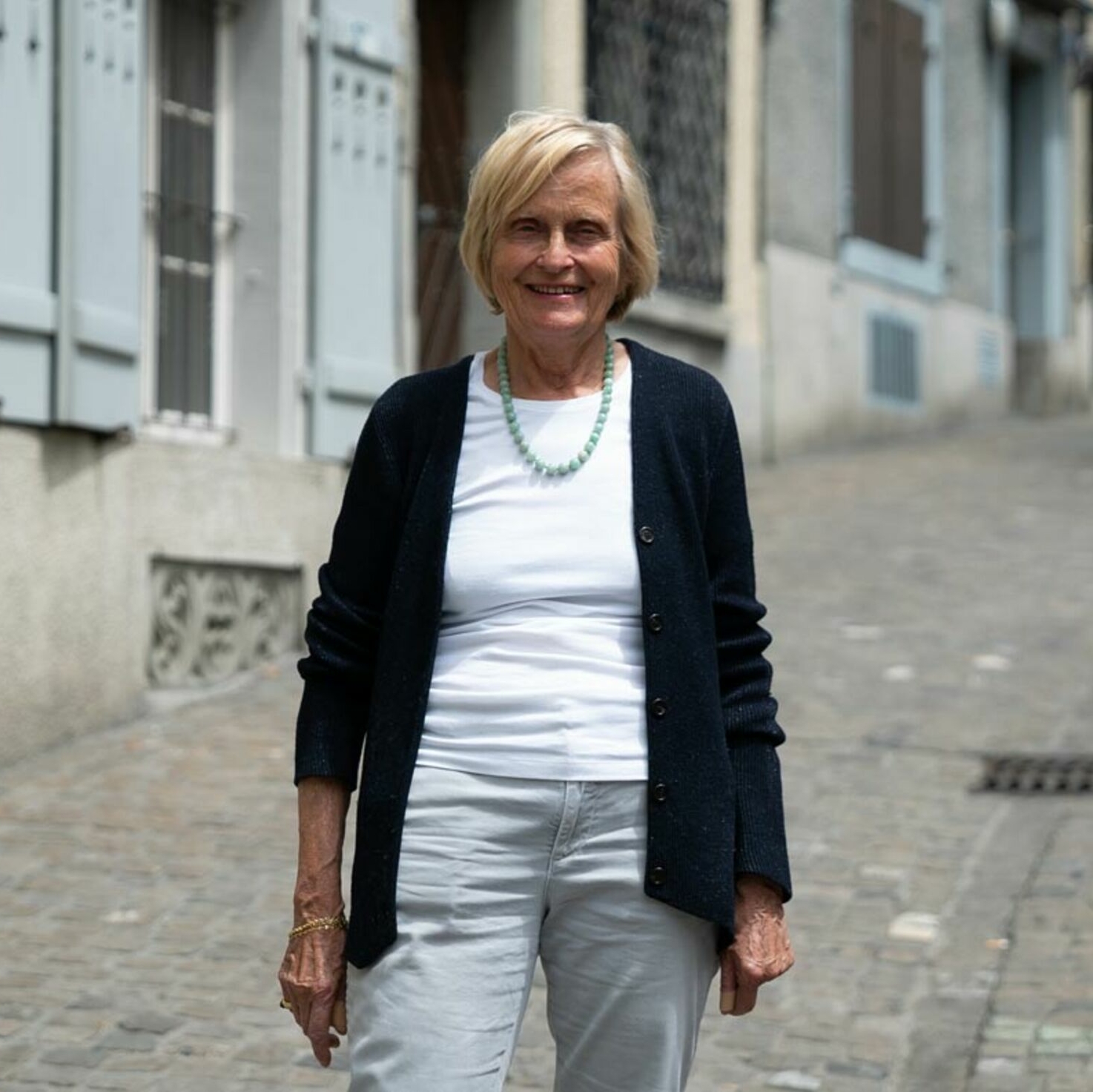 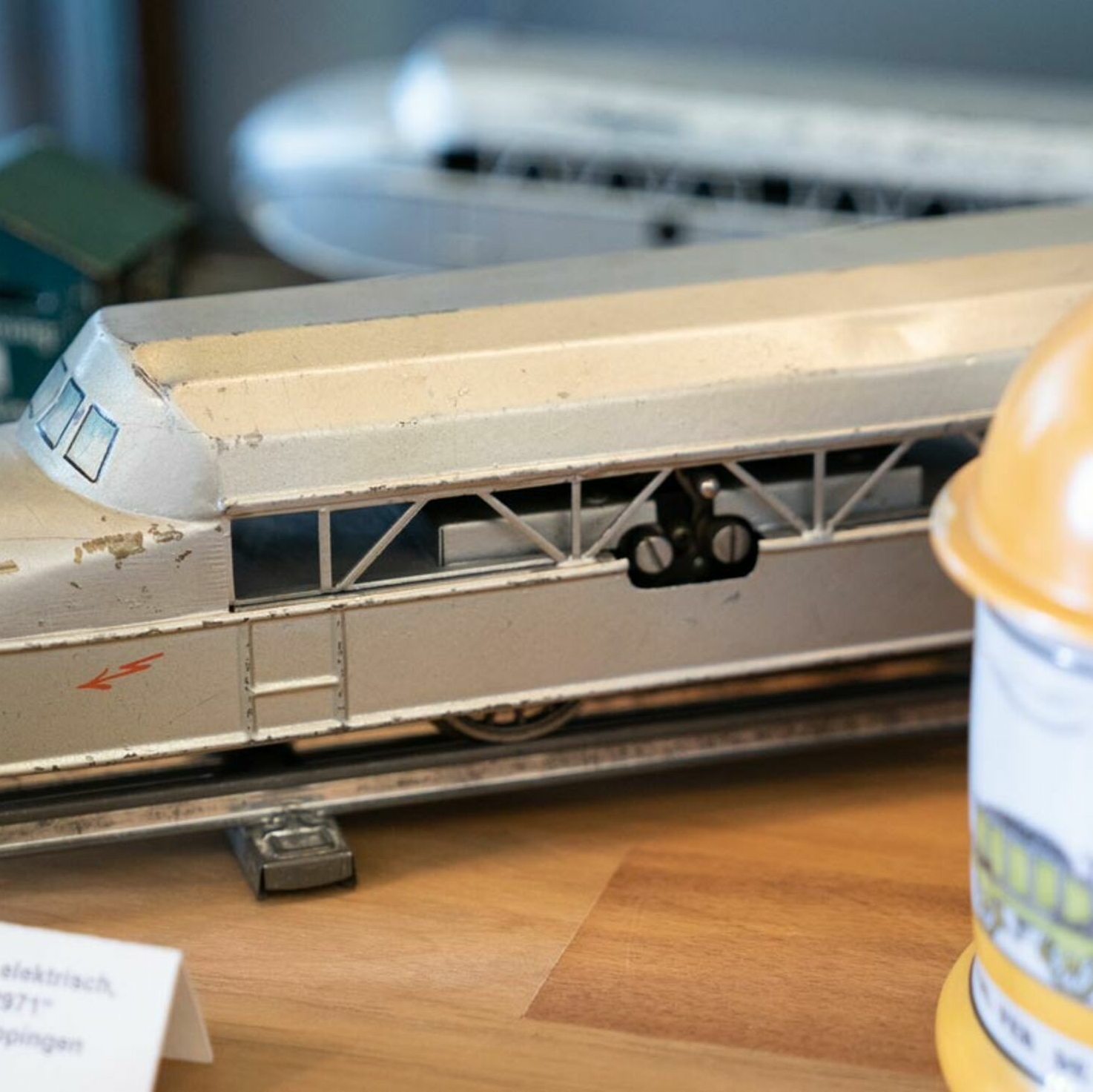 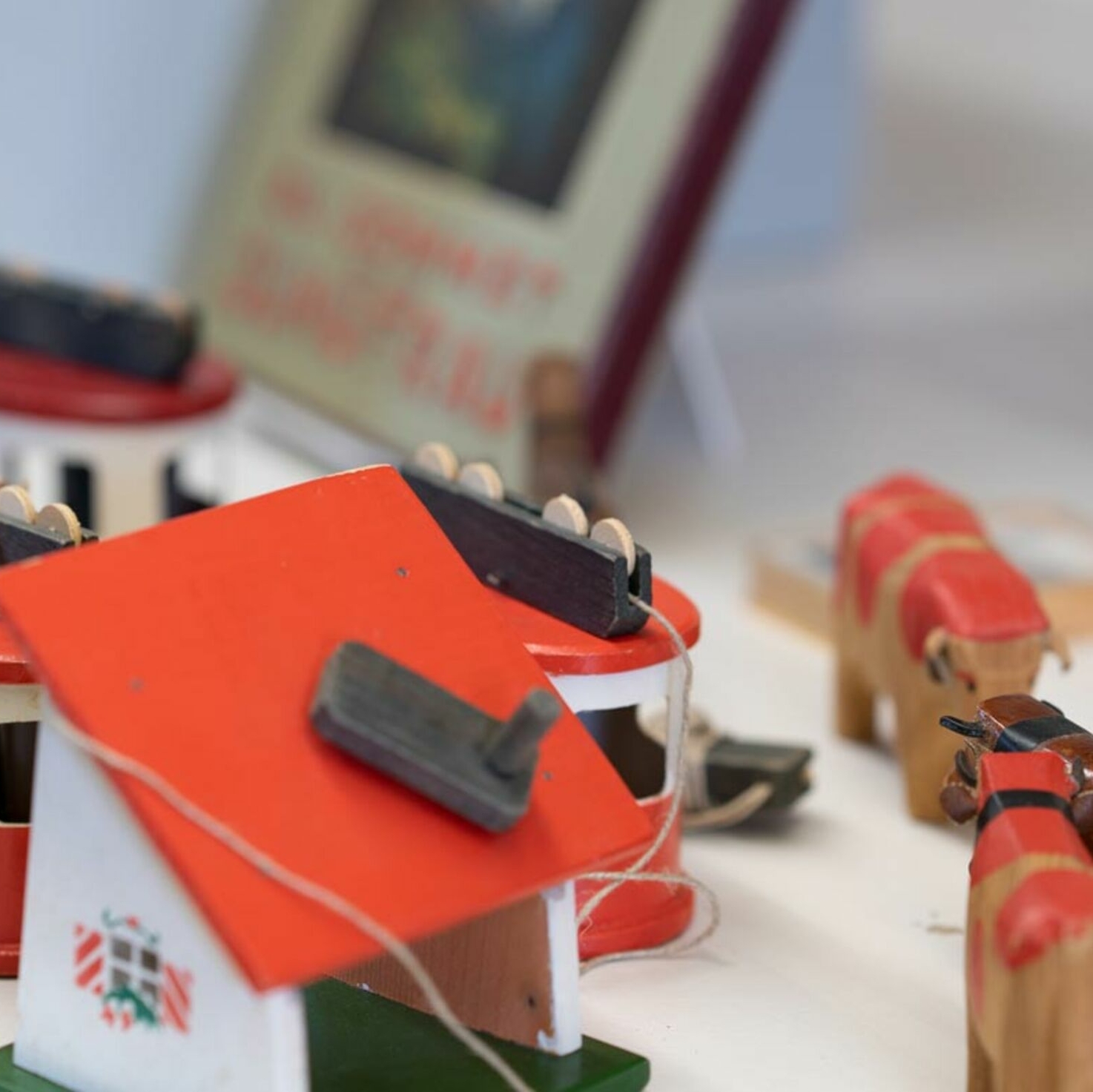 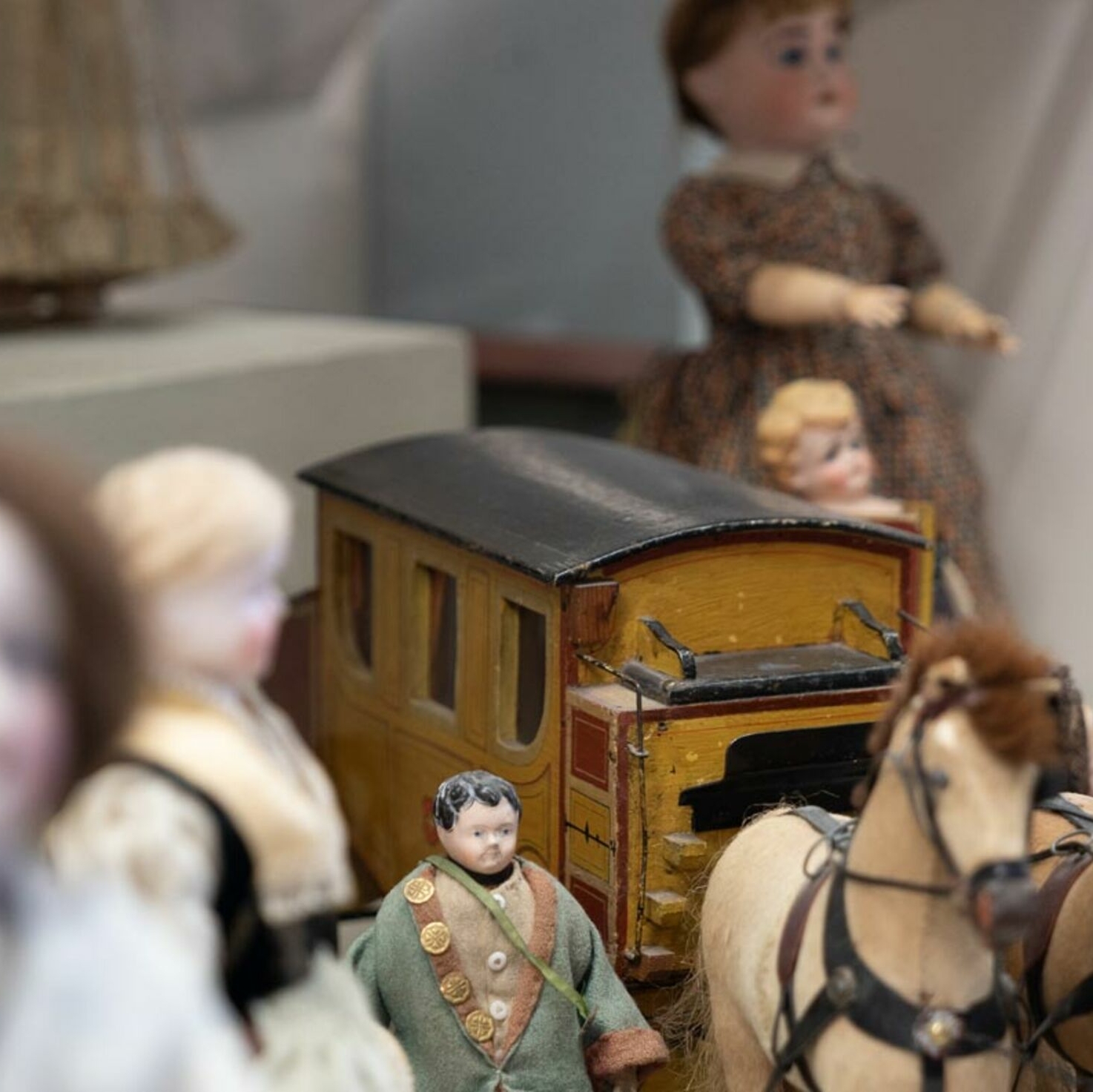 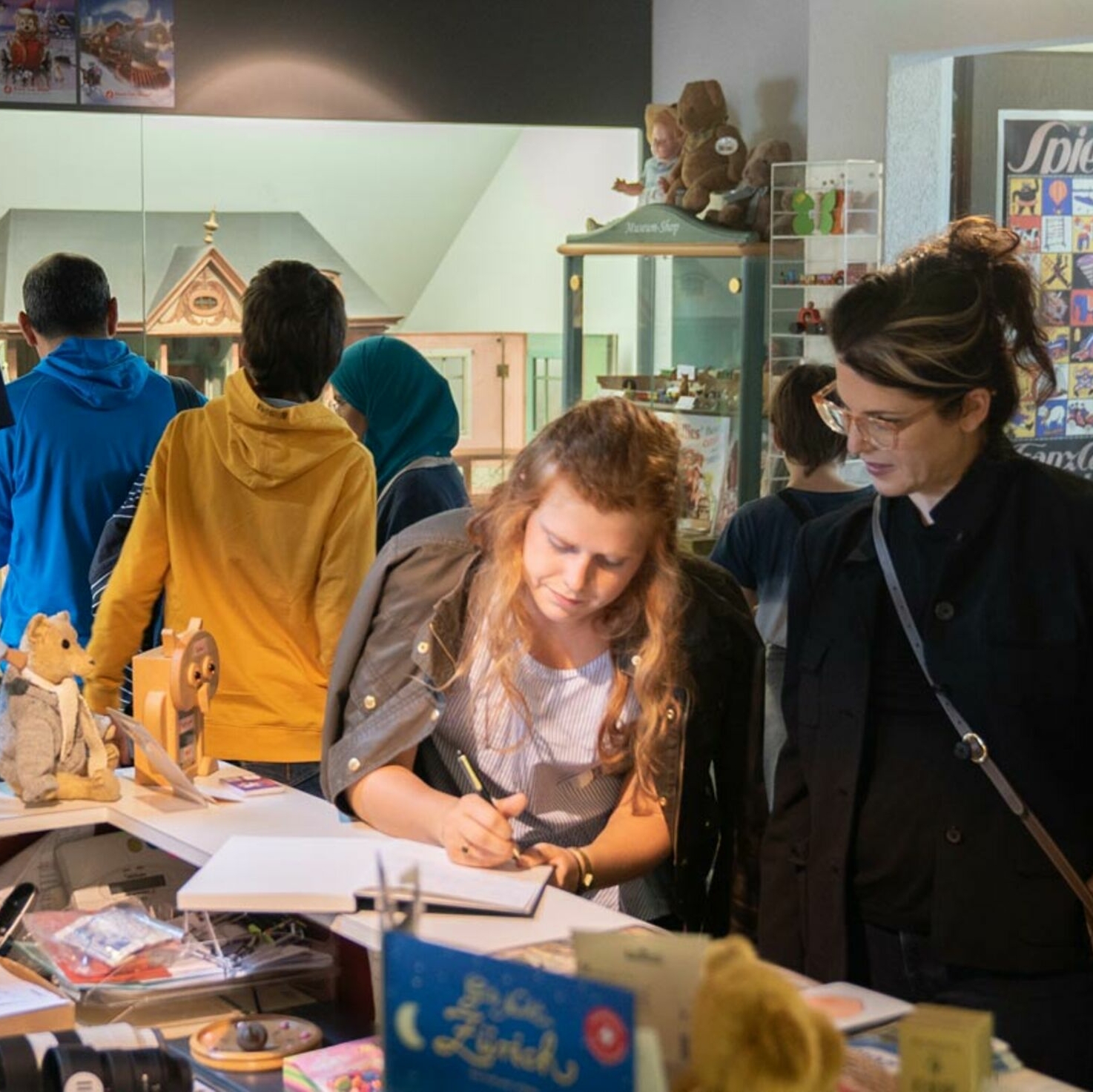 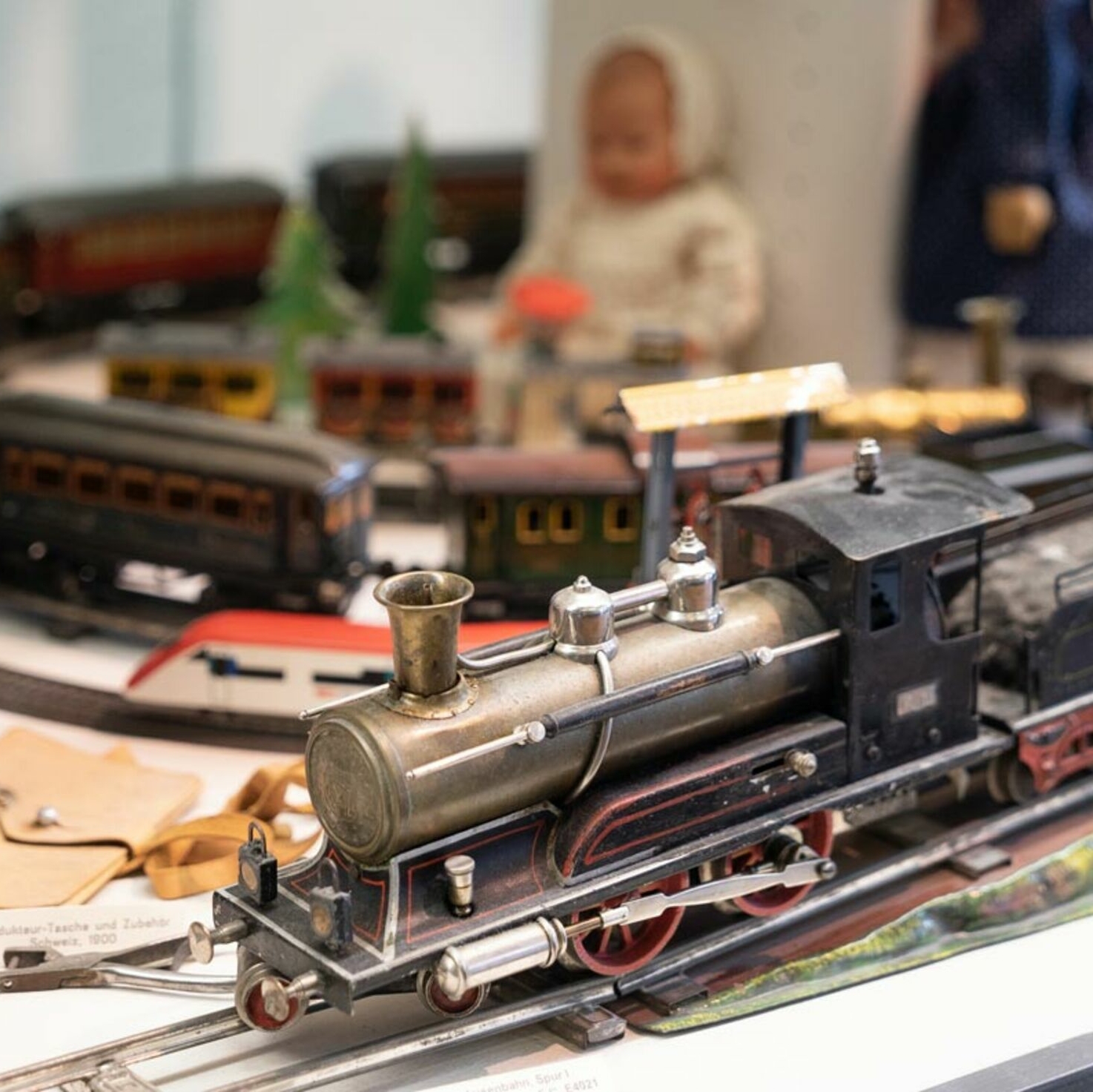 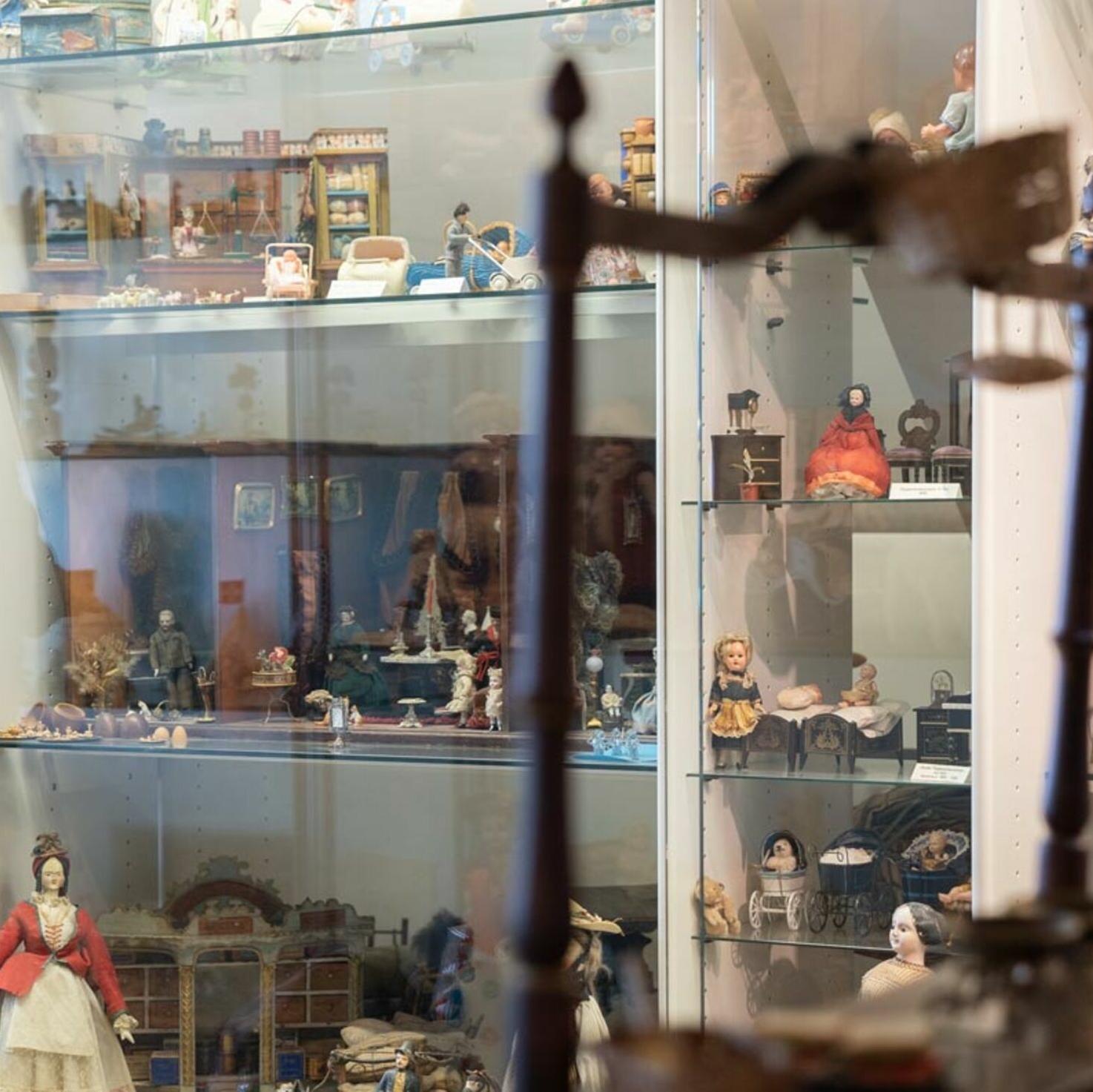 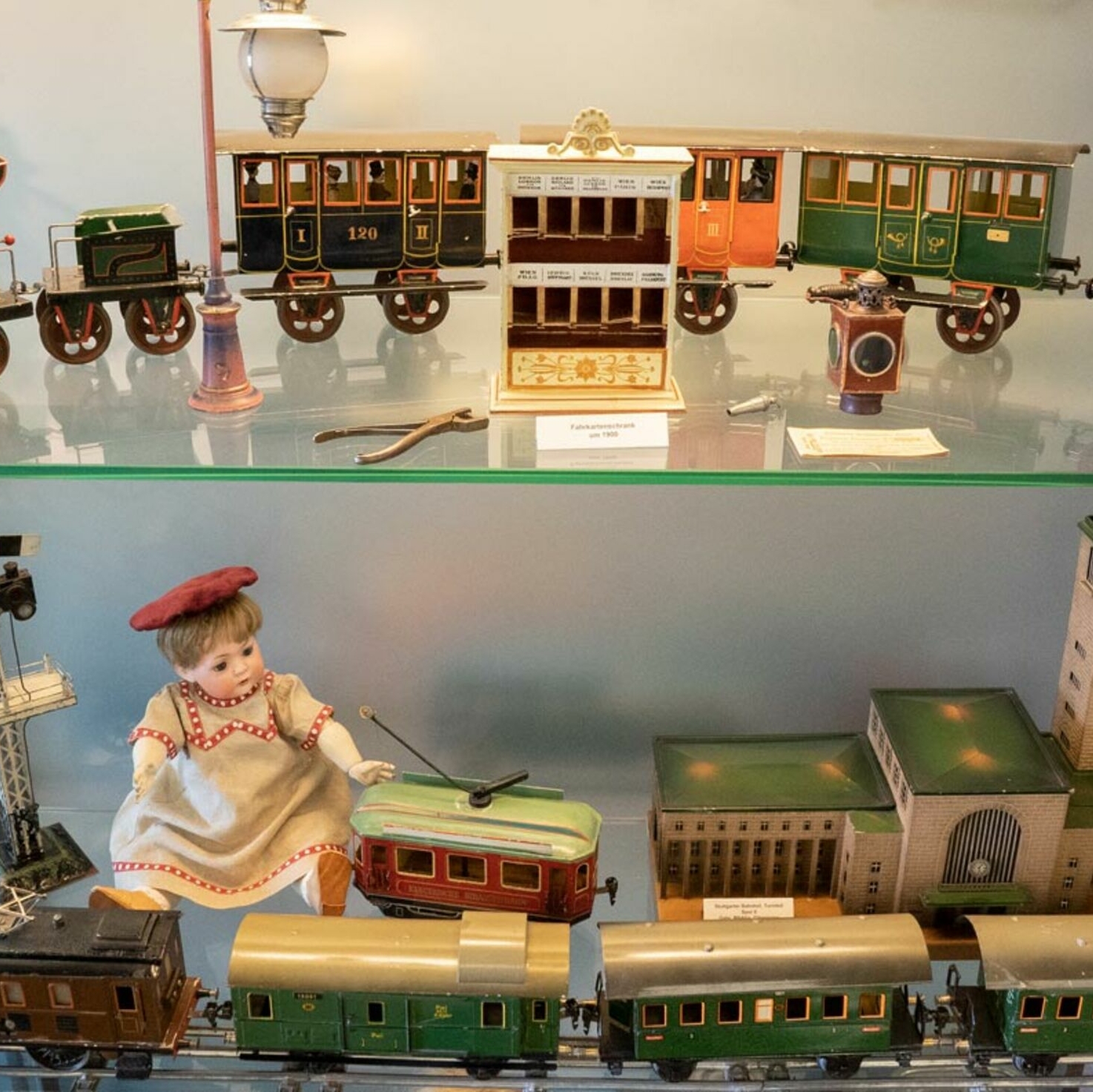 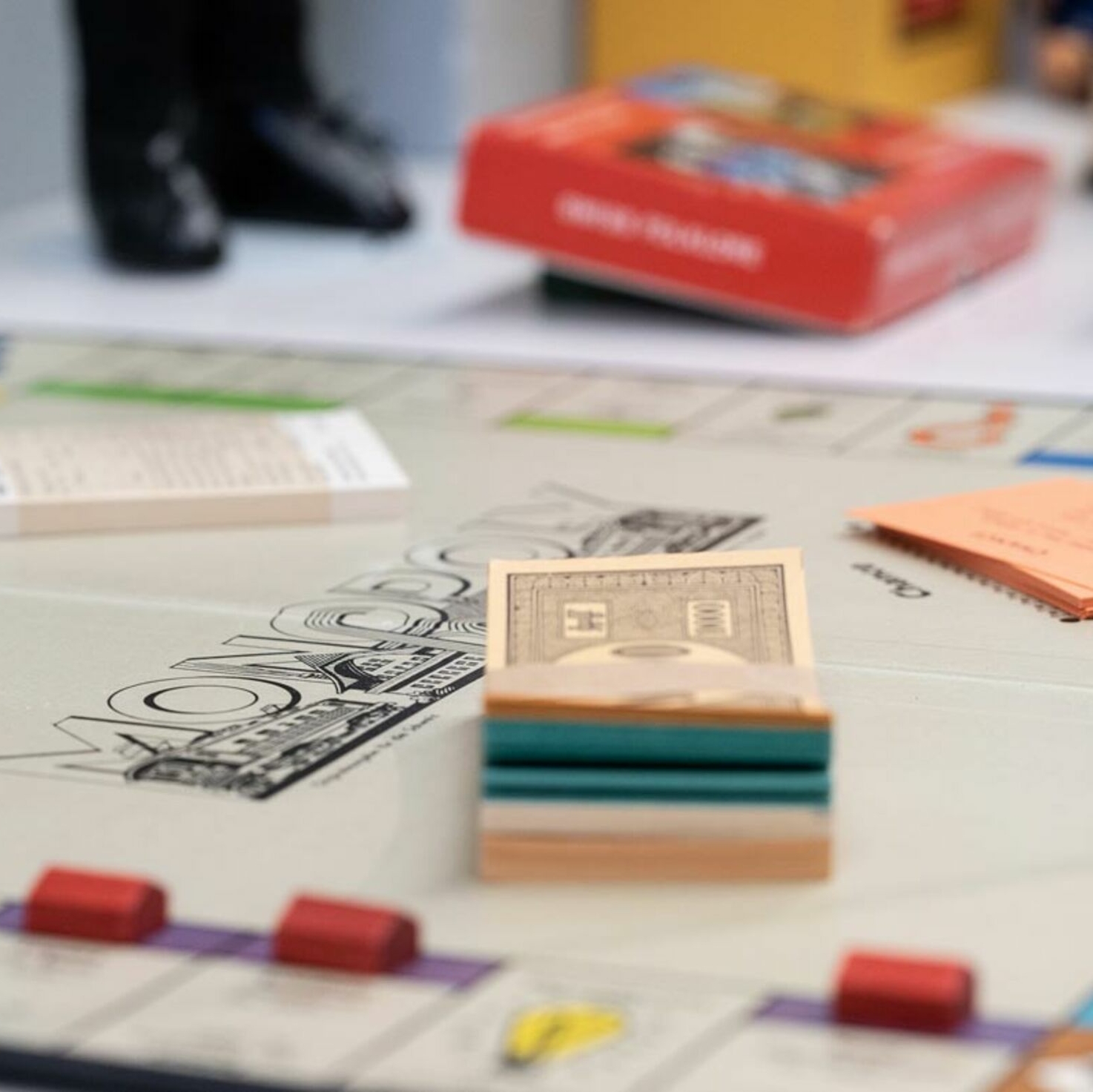 Ruth Holzer is the granddaughter of Franz Carl Weber – and the director of the Toy Museum.

Ruth Holzer’s passion for dolls, trains and other toys runs in the family: her grandfather Franz Carl Weber founded Zurich’s most famous toy store, while her mother was responsible for getting the much-visited Toy Museum off the ground. Ruth has been its director for more than forty years.

An American family squeezes into a narrow lift that whisks them up to the fifth floor. When the door opens, the parents and their two children emerge into the Zurich Toy Museum. Ruth Holzer sits at the reception desk. The 78 year old is the director of the museum. Most of the items on show here were bequeathed to her by her mother.

The display cabinets are home to a wide range of dolls from porcelain babies to Barbies, trains from centuries gone by follow tracks laid out before them, a pair of mini hunters made of lead confer with one another, and a family resides in a small-scale, yet stately villa. ‘My mother collected virtually everything,’ states Holzer. She is the granddaughter of Franz Carl Weber, a German by birth who, together with his brother, founded a toy store on Bahnhofstrasse in 1881.

‘It wasn’t a good location at the time,’ reveals Holzer. Today, Bahnhofstrasse is primarily home to foreign luxury brands. In 2016, the rising rental costs became too much for Franz Carl Weber, and after more than 126 years at the same address, the business moved to a new location. Today, the multi-storey main store is situated opposite Zurich Central Station.

Ruth Holzer recalls how she used to visit her grandfather with her parents for afternoon tea and cake on Saturdays. He lived on the two floors above his store. As an only child, Ruth Holzer wasn’t especially gripped by these afternoon visits, although sometimes her cousins were invited to attend as well. On those occasions, the children would be permitted to ride the bicycles and drive the pedal cars in the store.

Ruth Holzer’s mother Margrit Weber-Beck founded the museum in 1957 to mark the 75th anniversary of the Franz Carl Weber company.

Ruth Holzer’s mother Margrit Weber-Beck founded the museum in 1957 to mark the 75th anniversary of the Franz Carl Weber company. Ruth has been the director of the museum for four decades. She has catalogued the 2000+ articles in the collection, organises the special exhibitions that change on a six-monthly basis, and serves as a guide for school classes and tourists on the premises. She is also on hand to answer questions and offer explanations at all times. ‘These are the front pages of the annual Christmas catalogues,’ she says to a visitor, pointing to the covers that adorn the walls. ‘We have issues for every year since the company was founded in 1881.’ Only the issue for 1940 is missing – due to the war, Franz Carl Weber chose not to print a thick catalogue, instead settling for a promotional poster.

‘Different periods had a major influence on the toys themselves,’ explains Ruth Holzer. During the First and Second World Wars, children in Zurich were more likely to play with military figures, while in the 1960s girls dressed their dolls in shorter skirts. What about today? ‘Technology is now inescapable, even in playrooms,’ says Holzer. She thinks this is a pity. ‘It has a negative effect on the imagination. Children are becoming less creative when they play.’ That said, young visitors still marvel at toys and other playthings from the 18th century. ‘The boys are especially attracted to the train sets,’ says Ruth Holzer. ‘The girls prefer the dolls.’ Her favourites are the wind-up figures. And they still work: when the key is wound on a small mother hare, she twirls her baby in the air. ‘I like the way she moves like that,’ says Ruth Holzer.

In the 1960s girls dressed their dolls in shorter skirts.

Although the Museum has stopped actively adding to its collection, people still donate playthings from time to time. Recently, a woman left an old wooden toy in the letterbox with a note stating that she inherited it from her father and didn’t want to throw it away.

Occasionally, private individuals will leave the museum valuable pieces as well, such as an original Sasha doll designed by the late Zurich artist Sasha Morgenthaler. ‘She’s a sweet one,’ says Ruth Holzer, pointing at the doll that now sits in the display cabinet.

Private viewings are available by appointment – including outside the official opening hours.

A special exhibition is held twice a year. The current exhibition is titled ‘Switzerland – a holiday destination’, focusing on parlour games from 1860 to 1960.