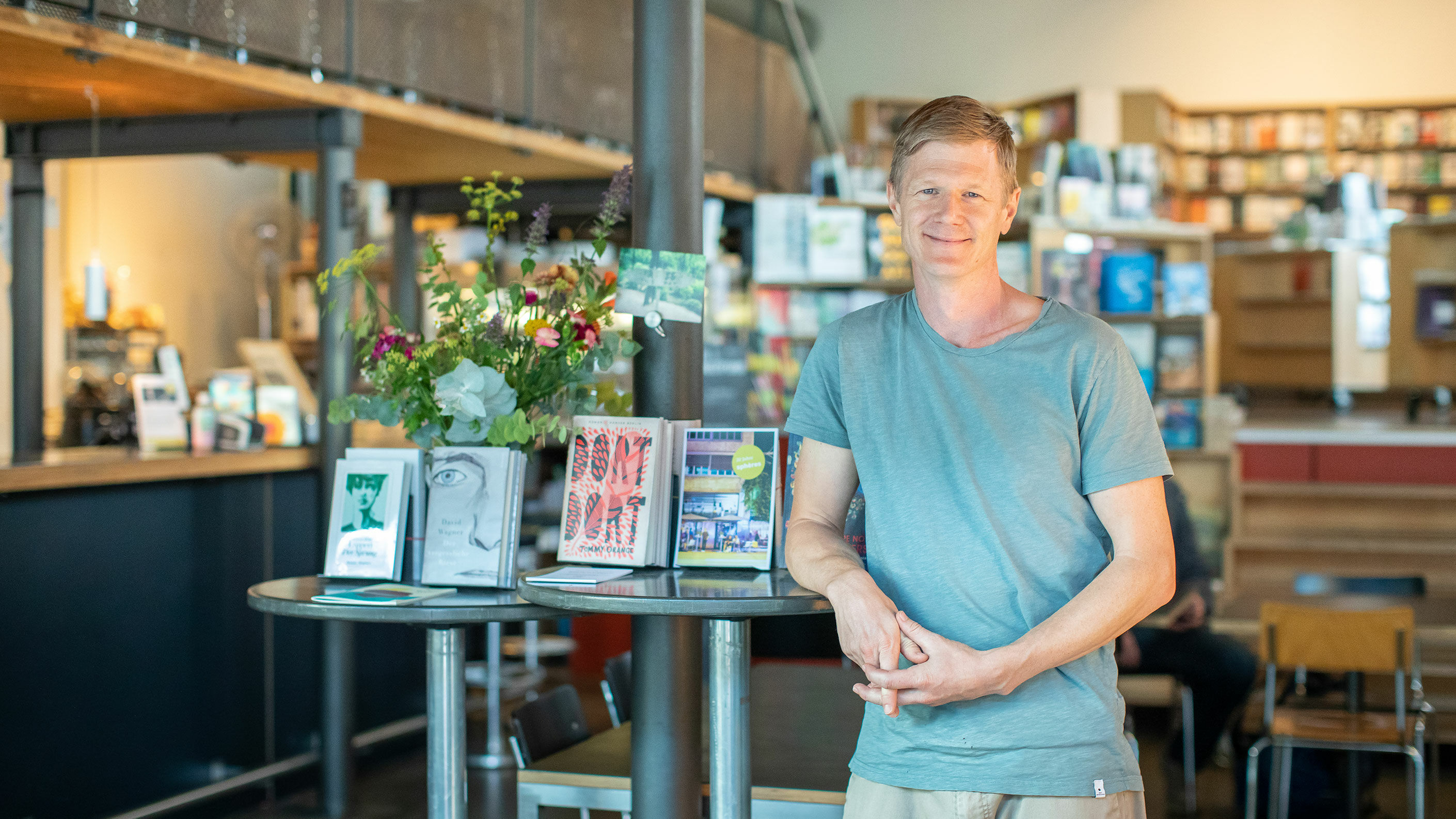 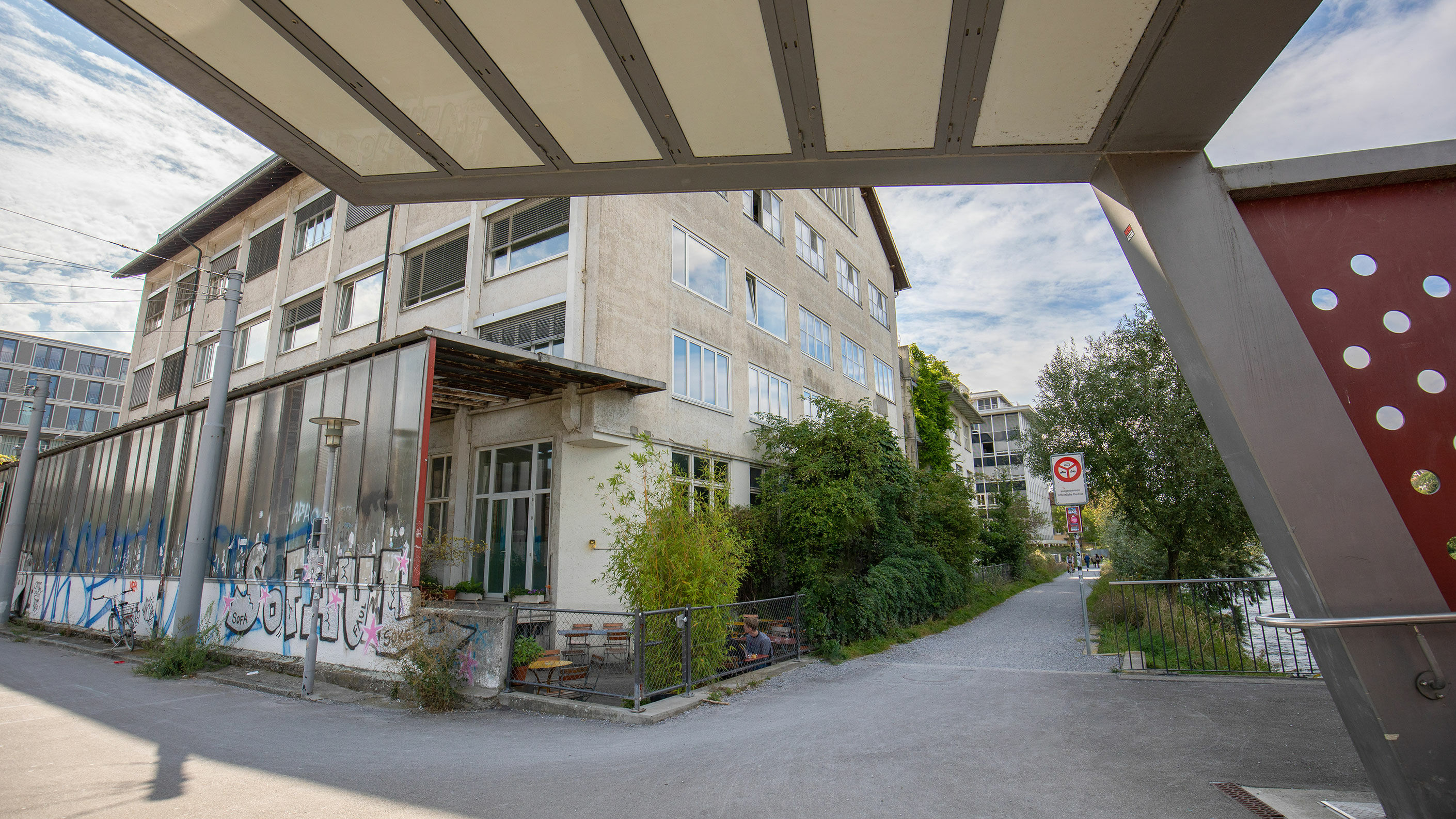 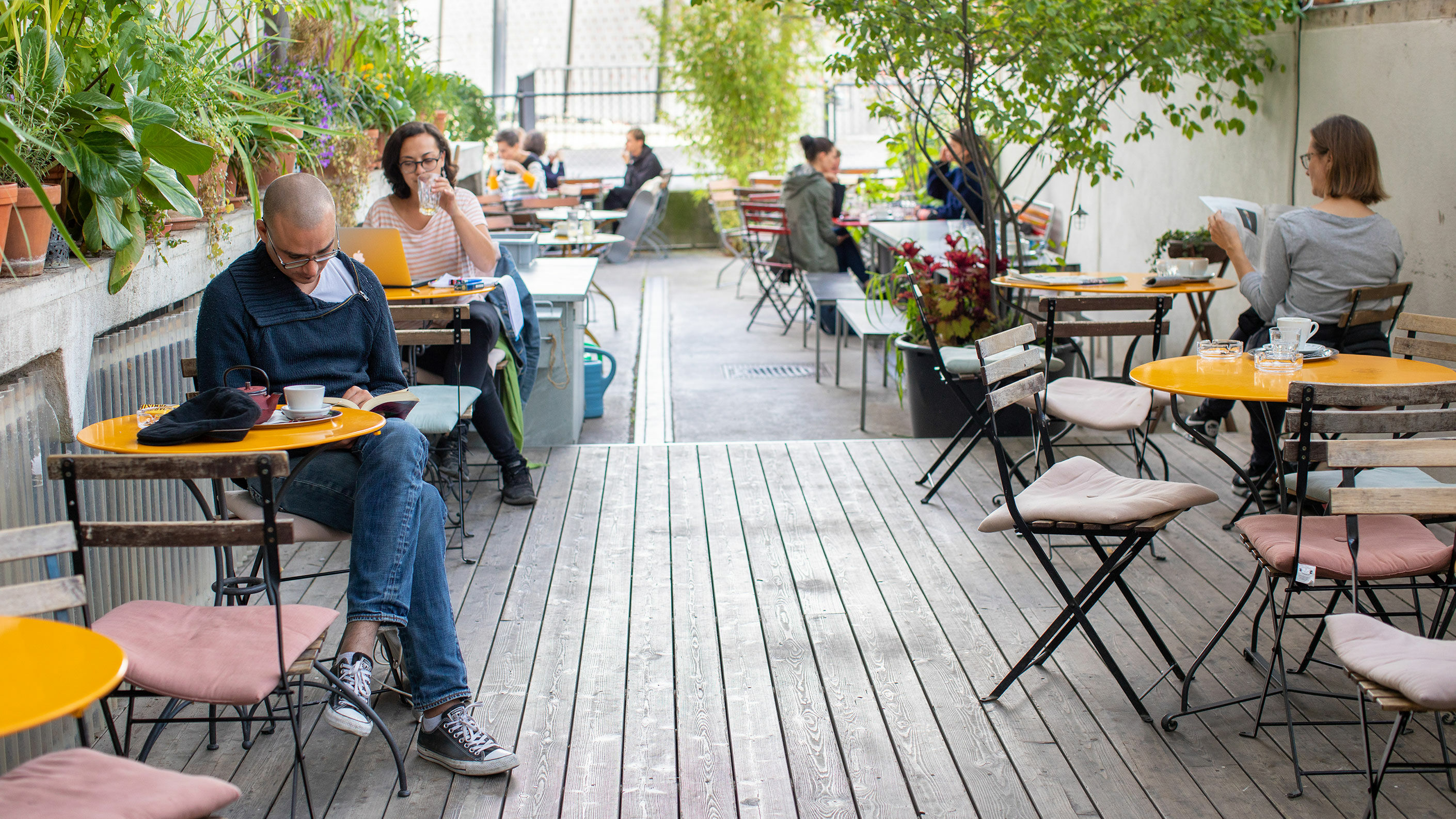 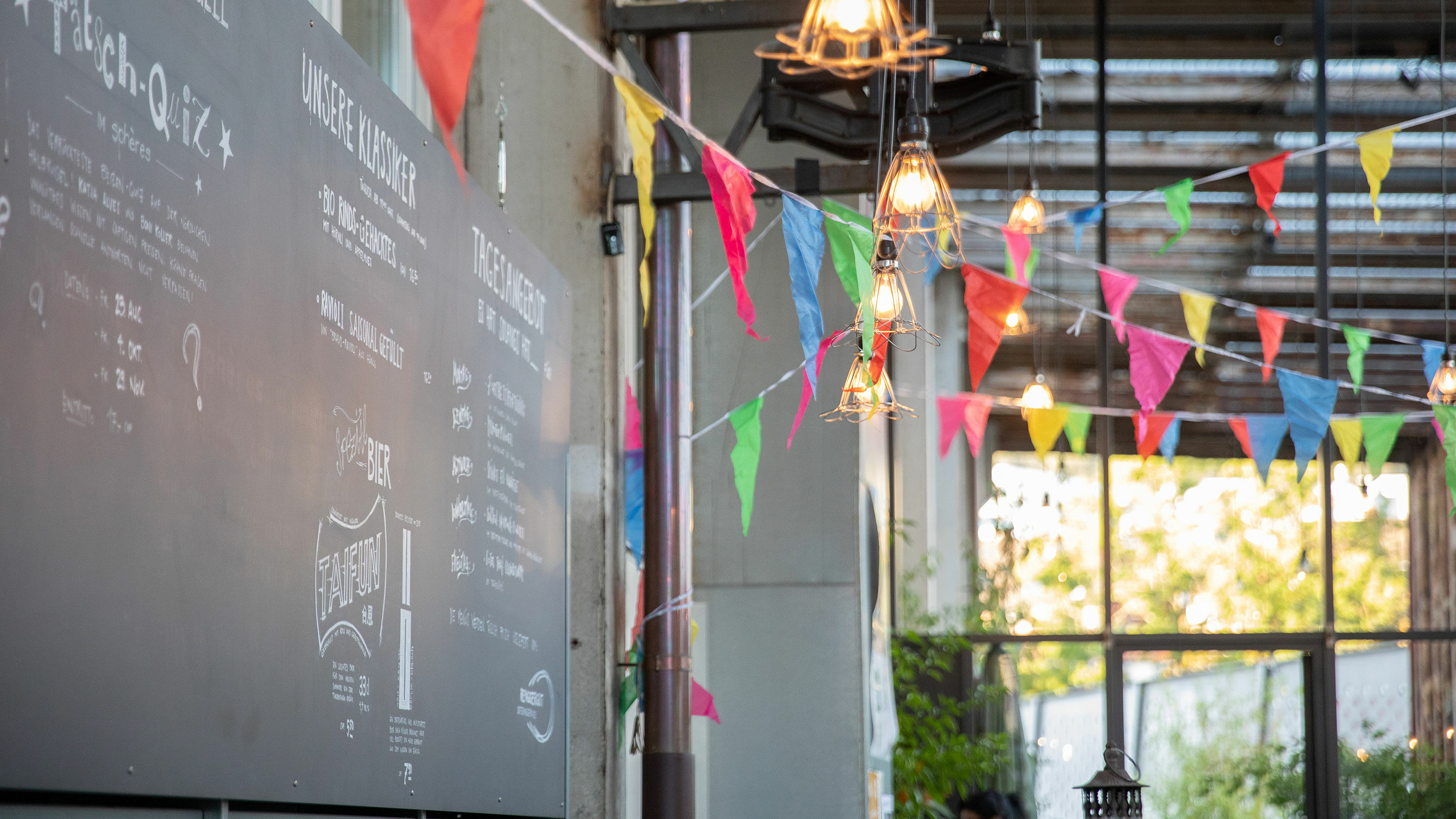 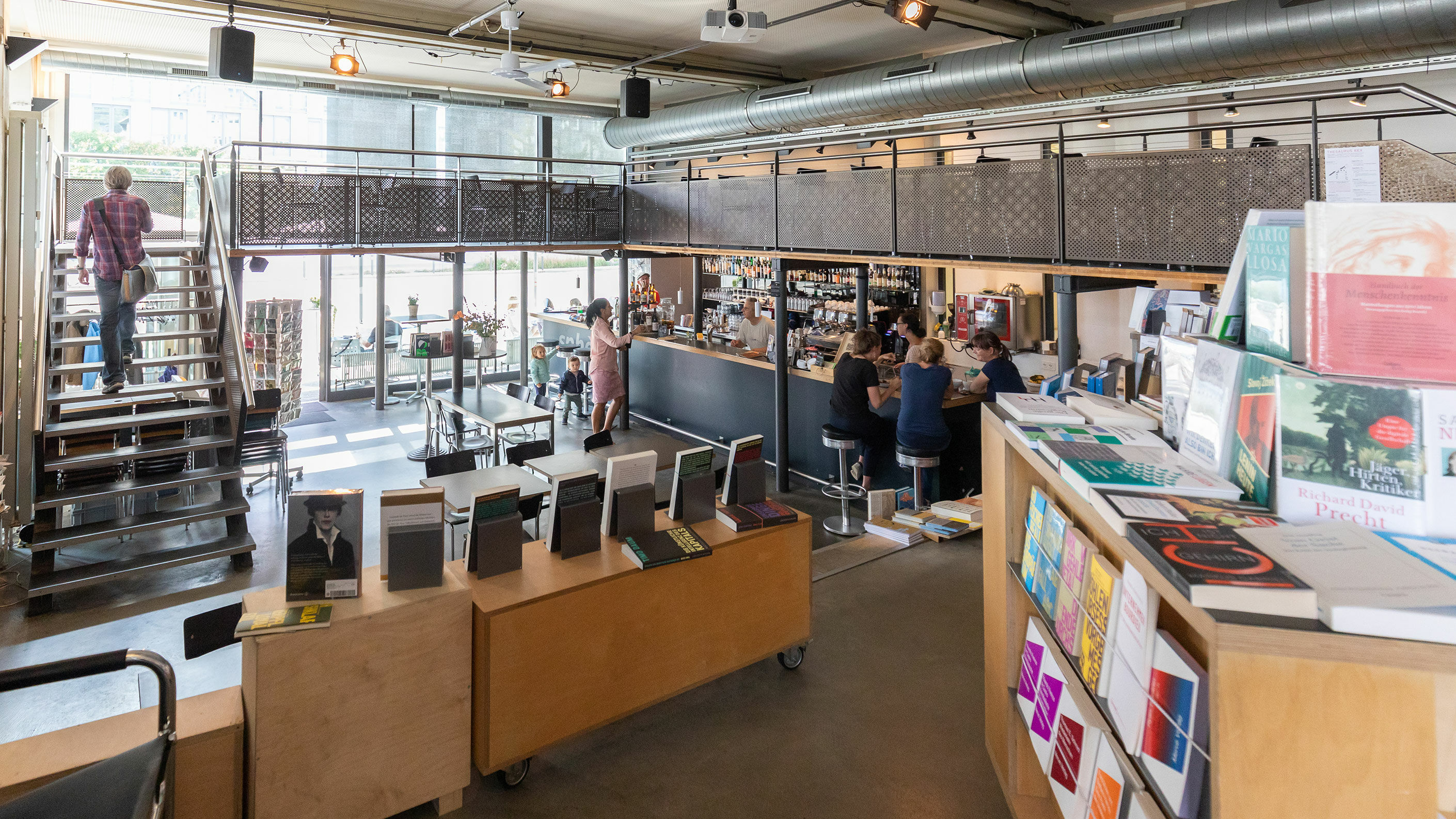 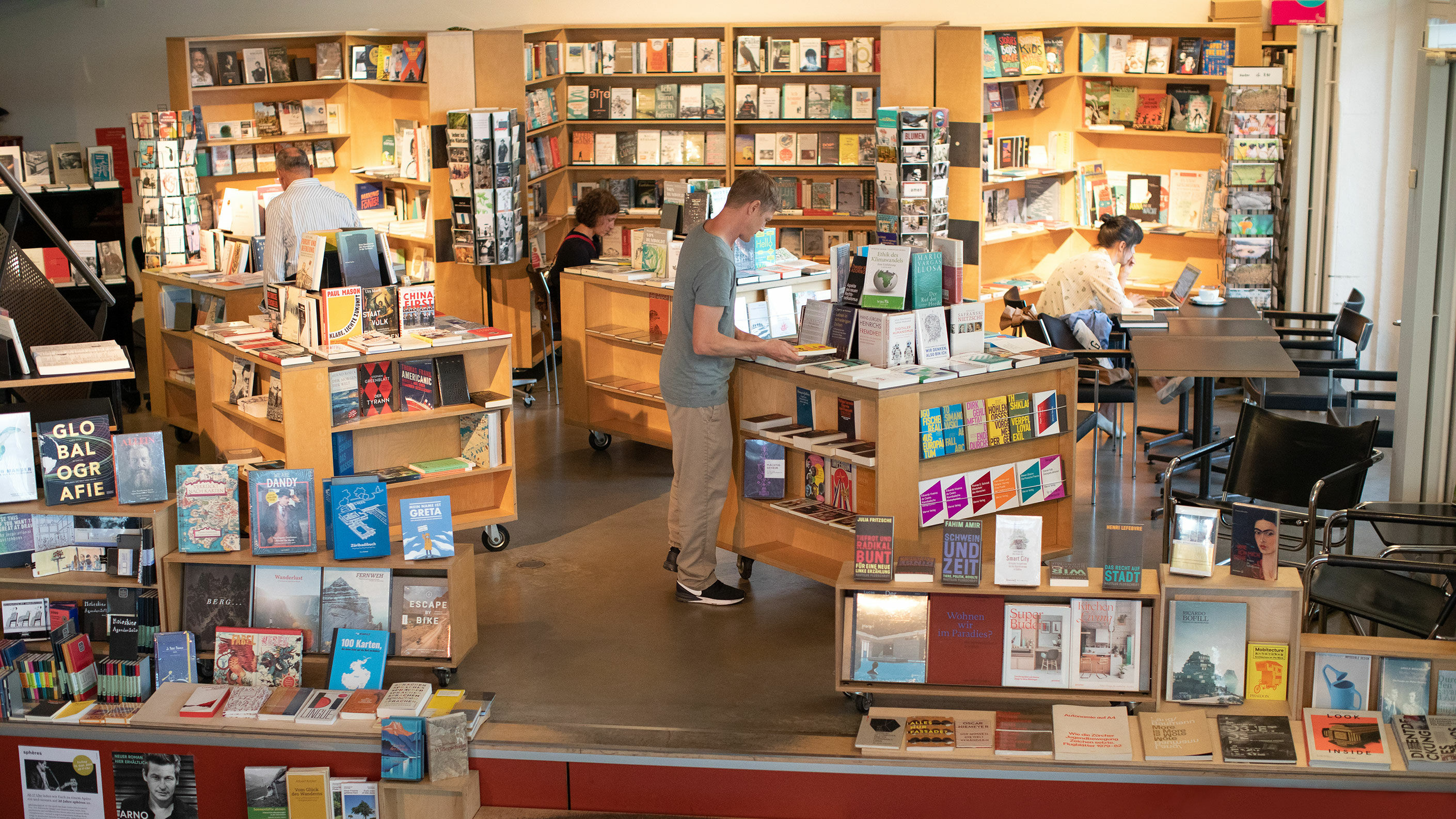 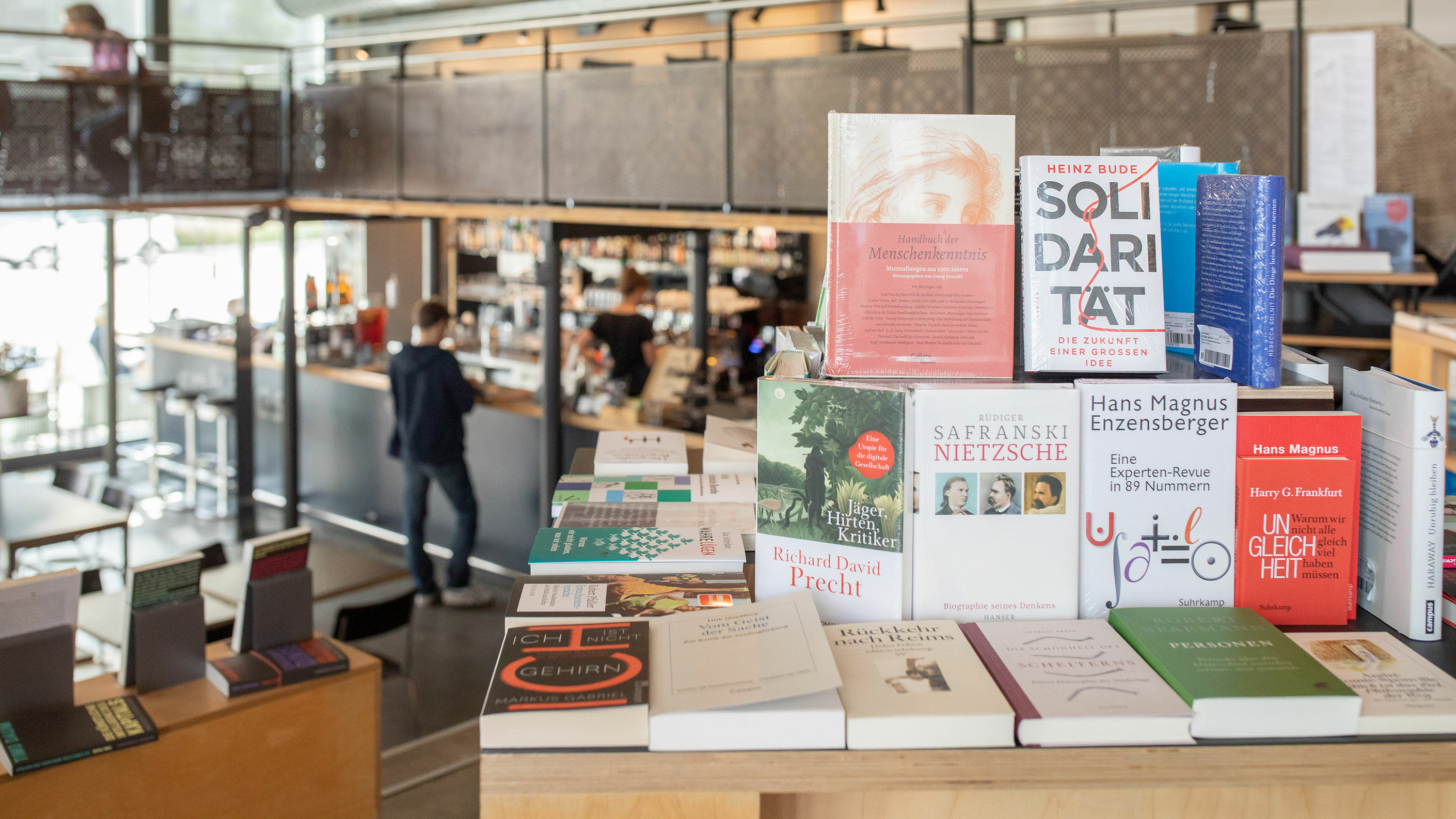 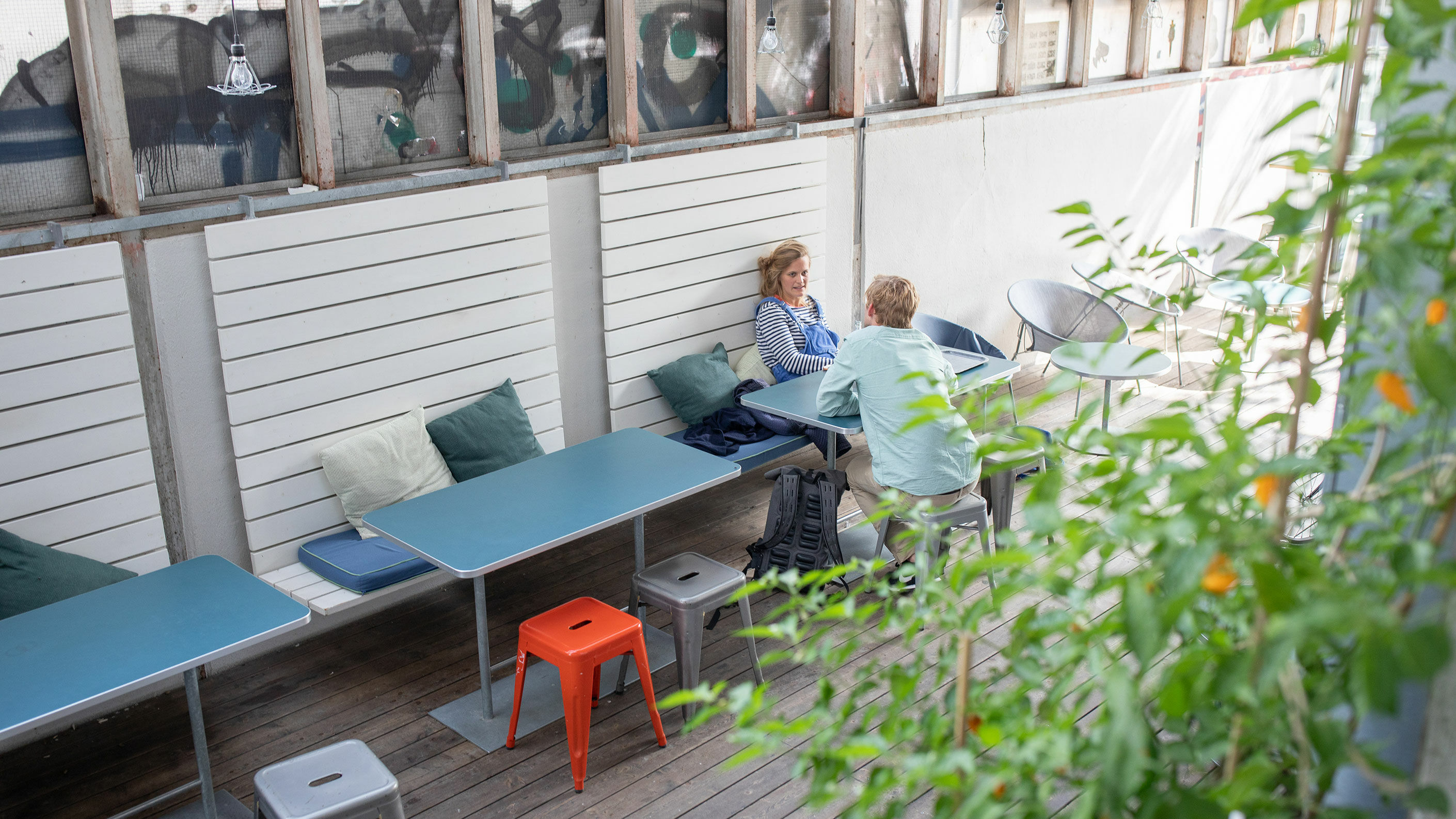 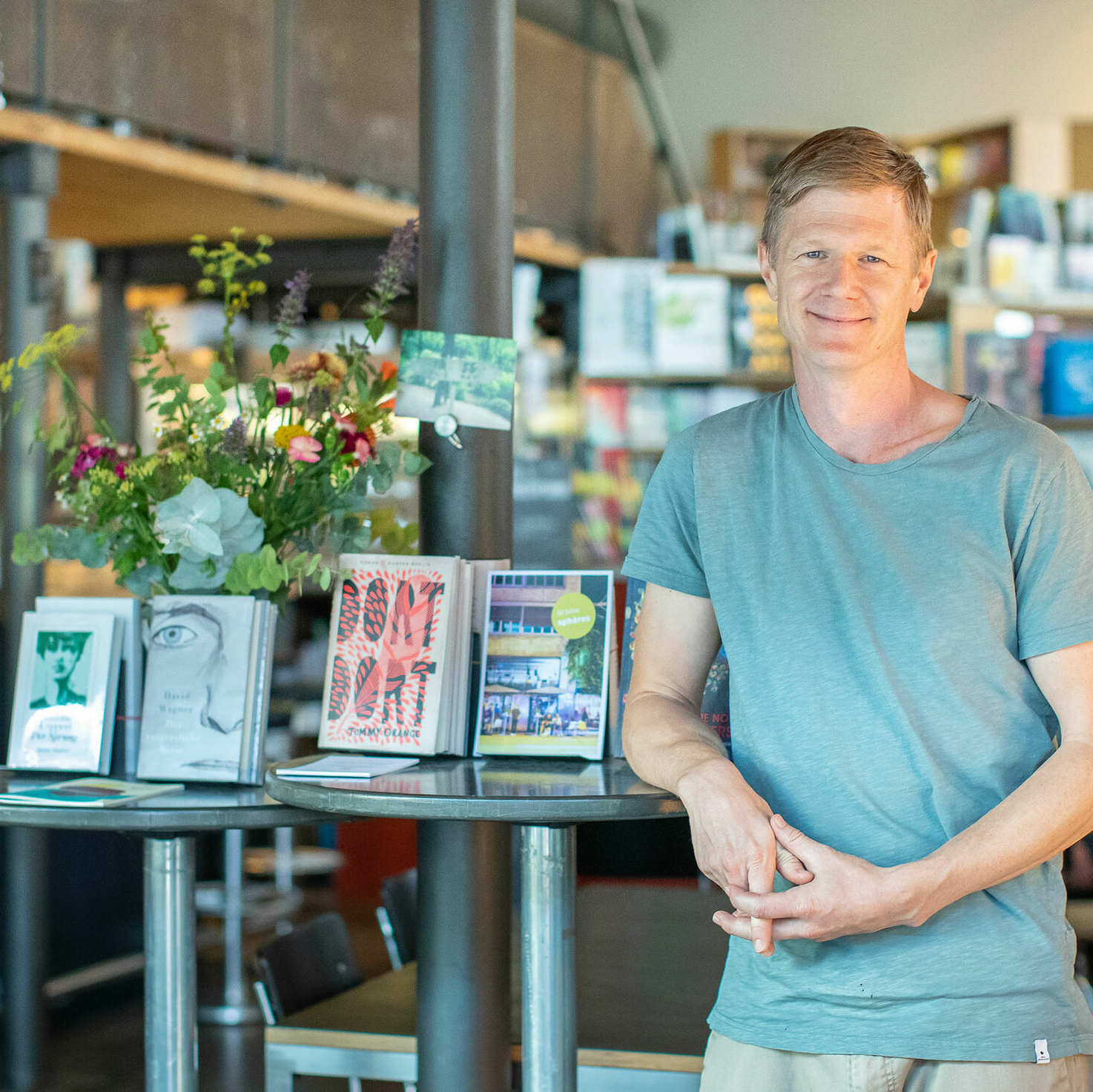 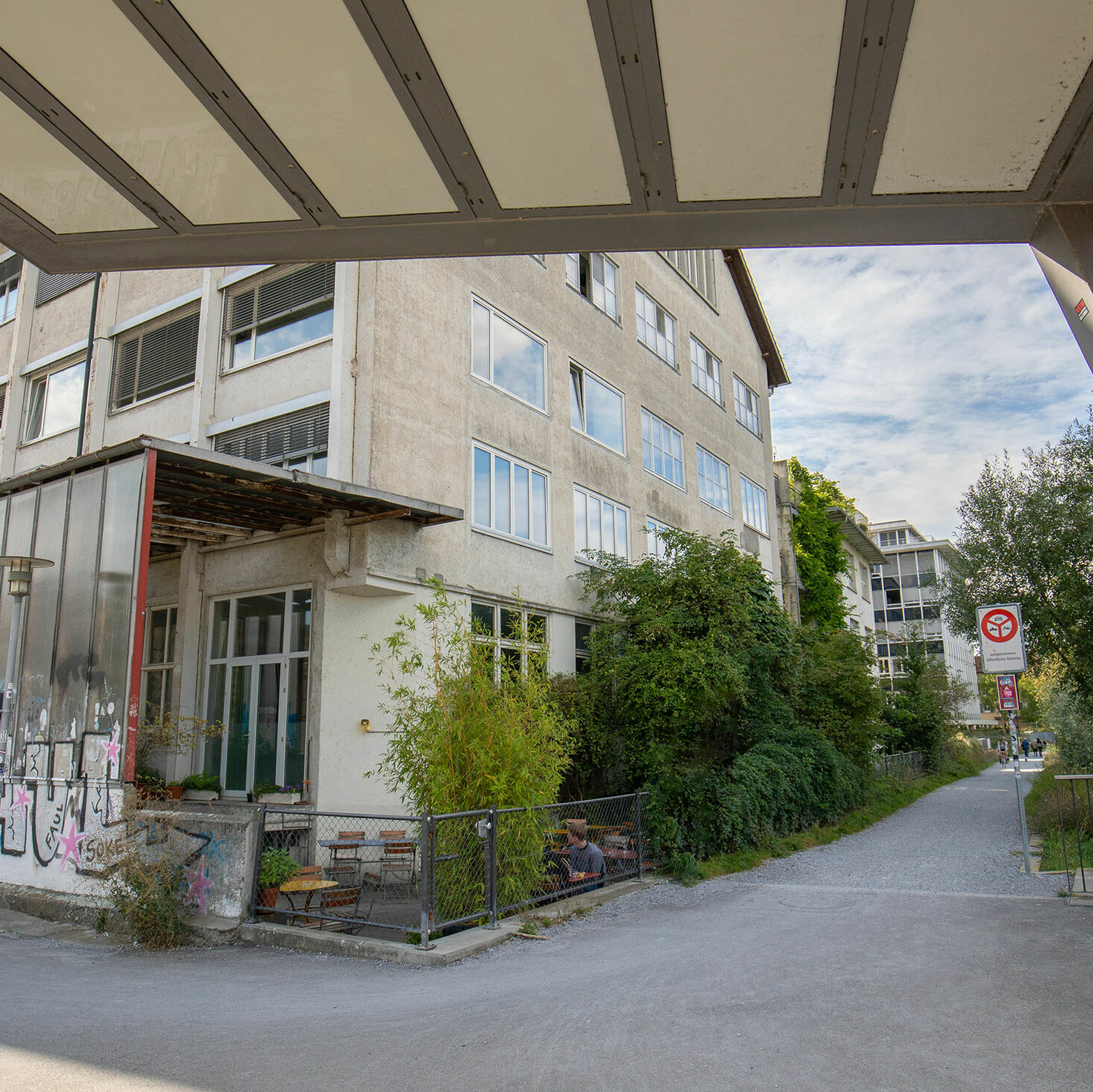 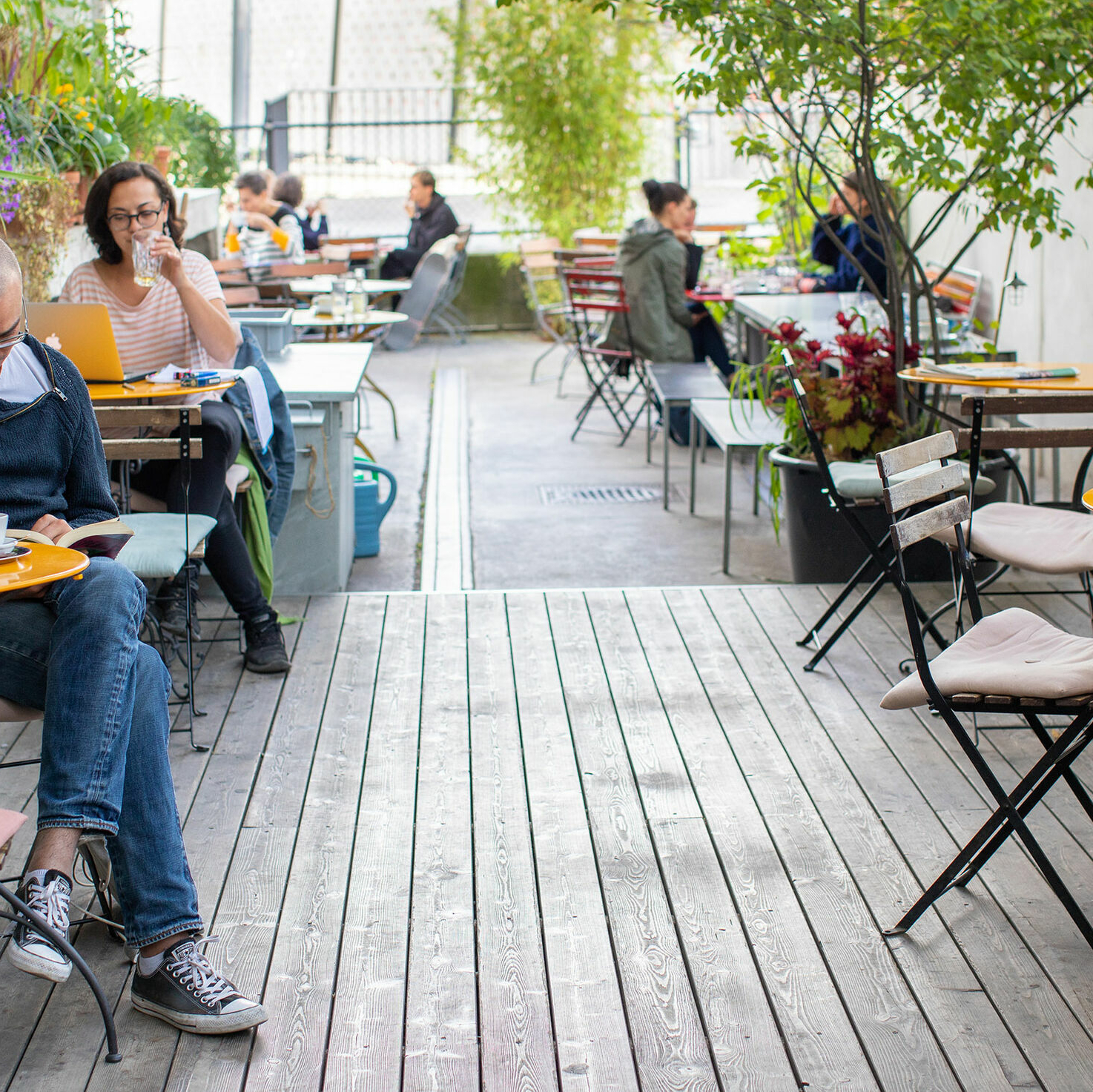 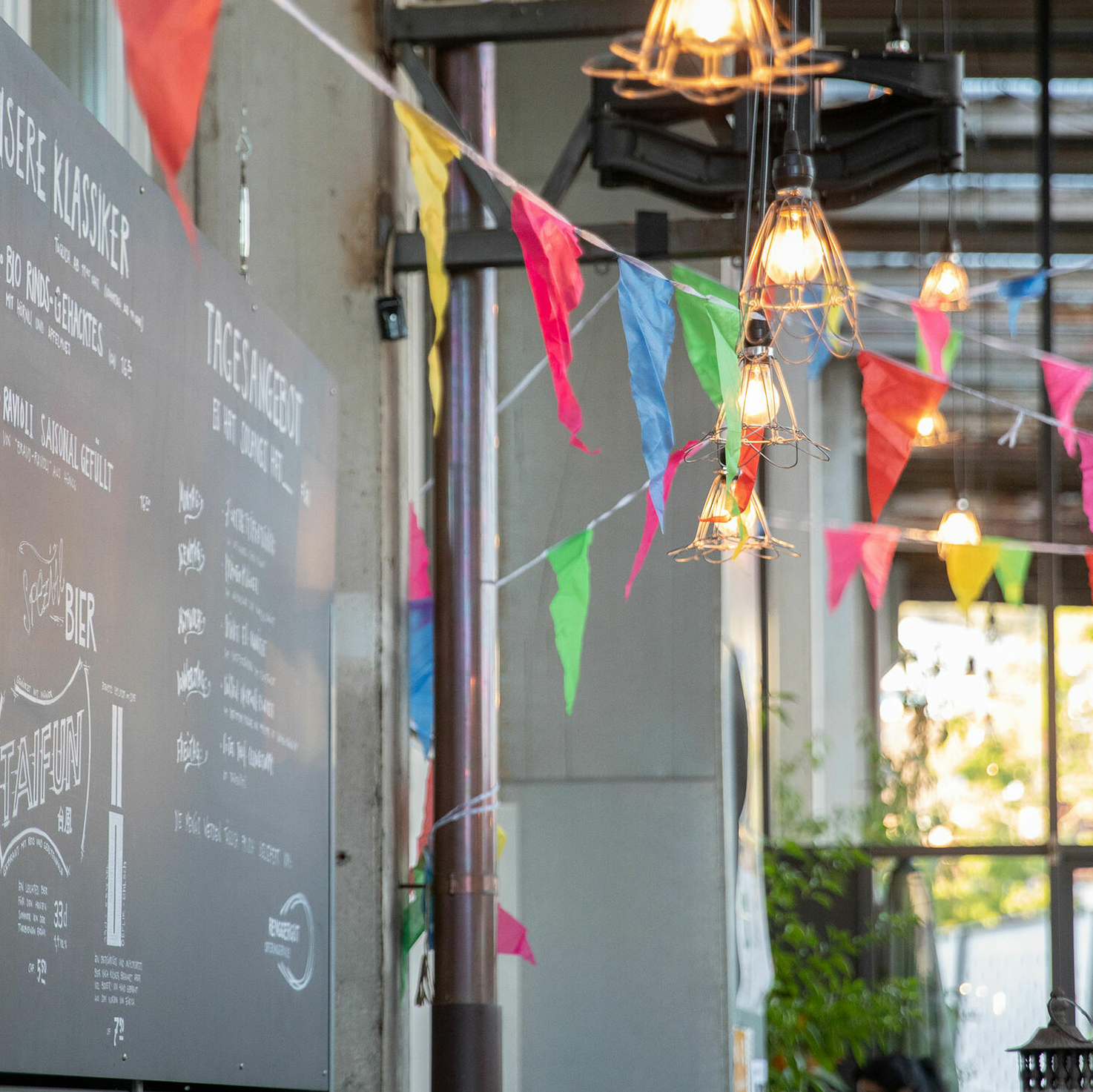 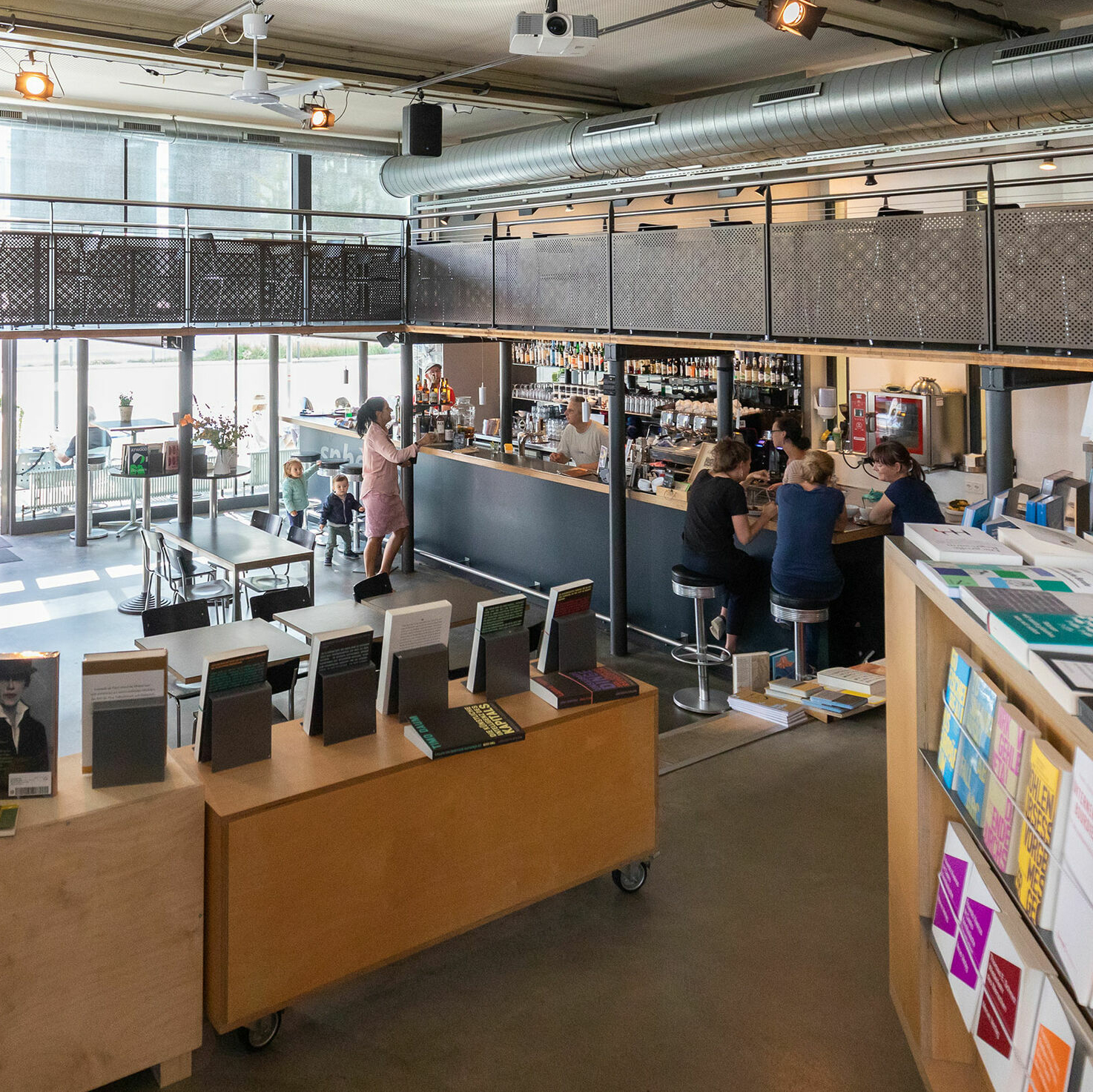 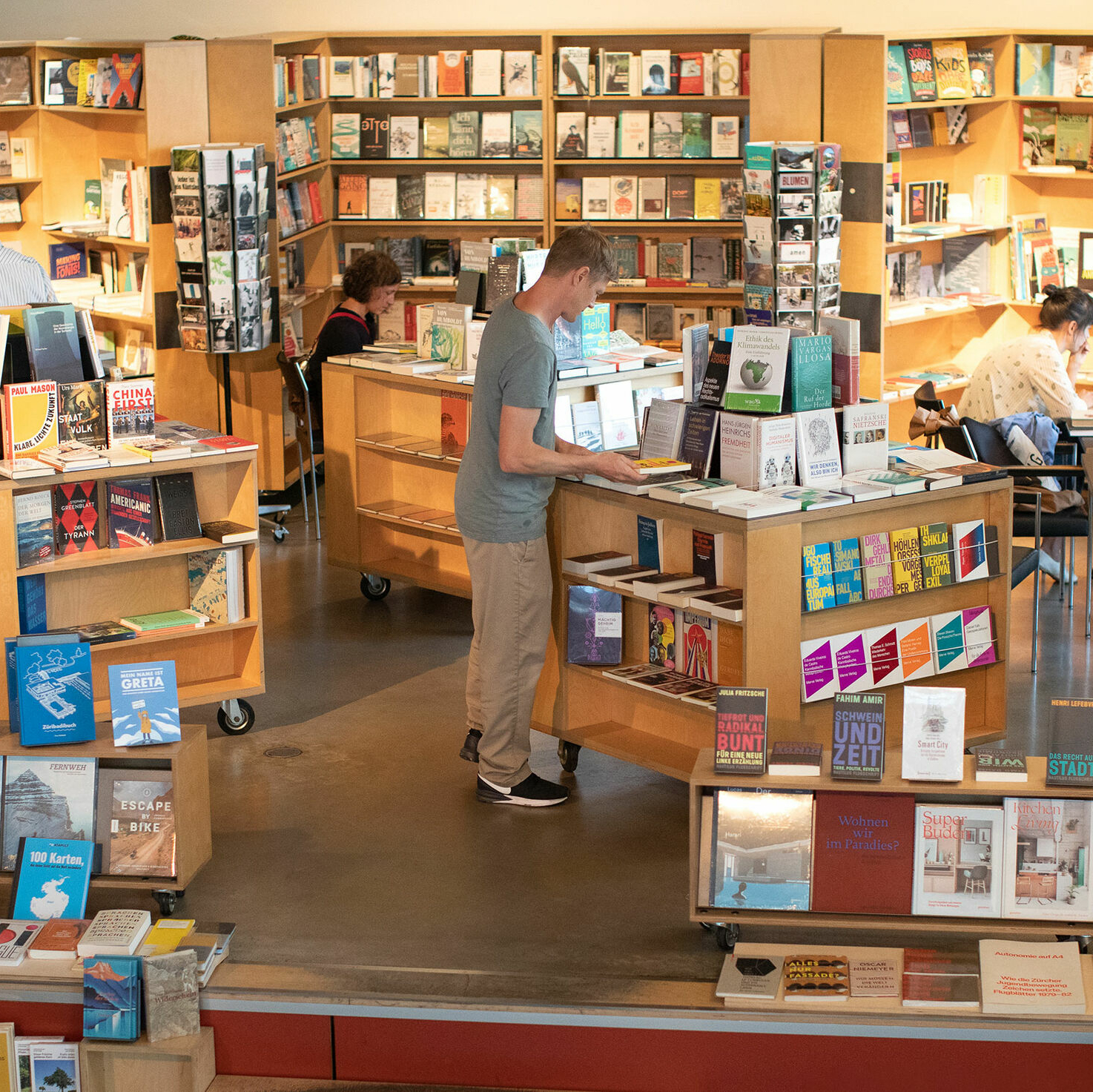 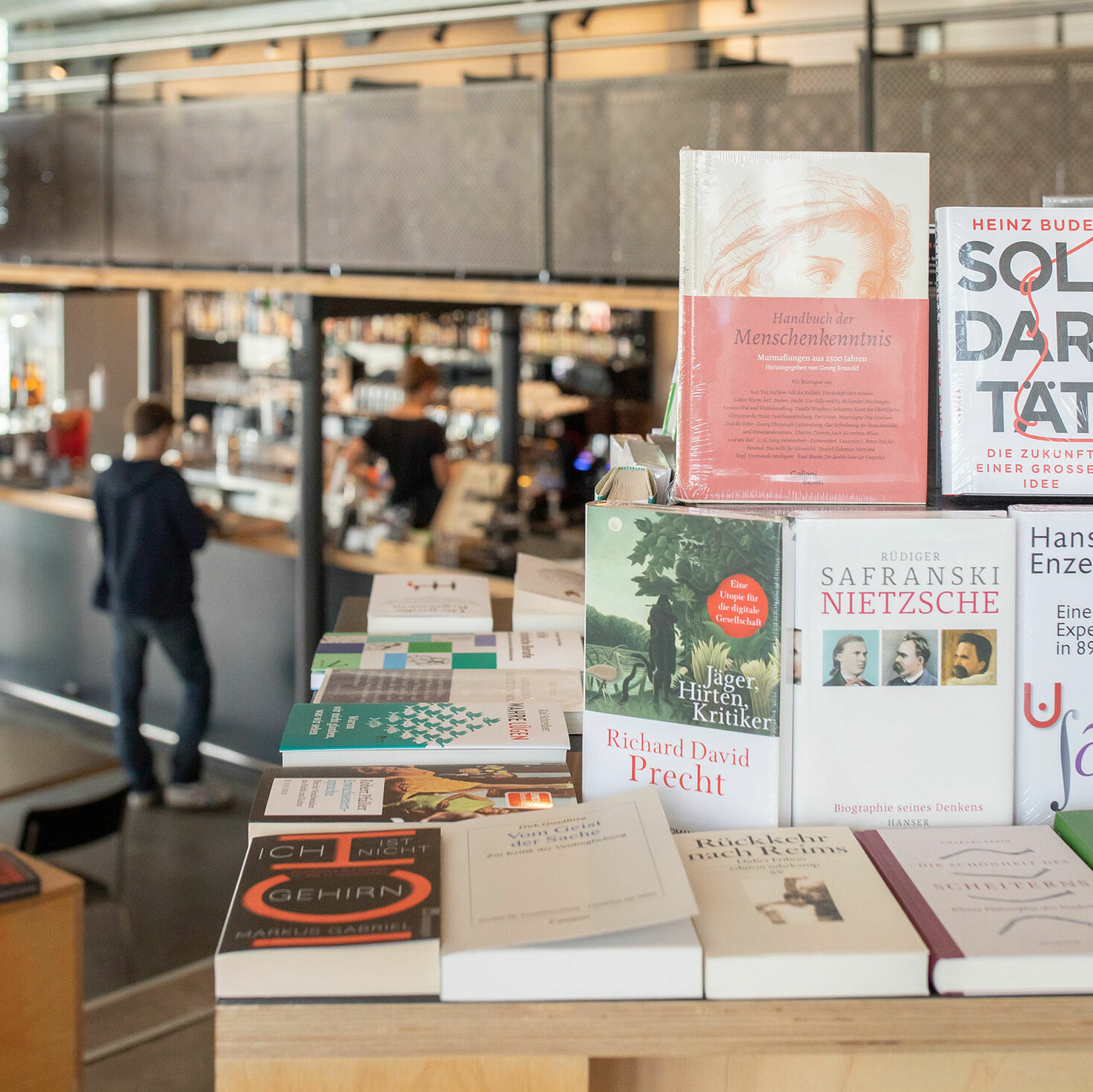 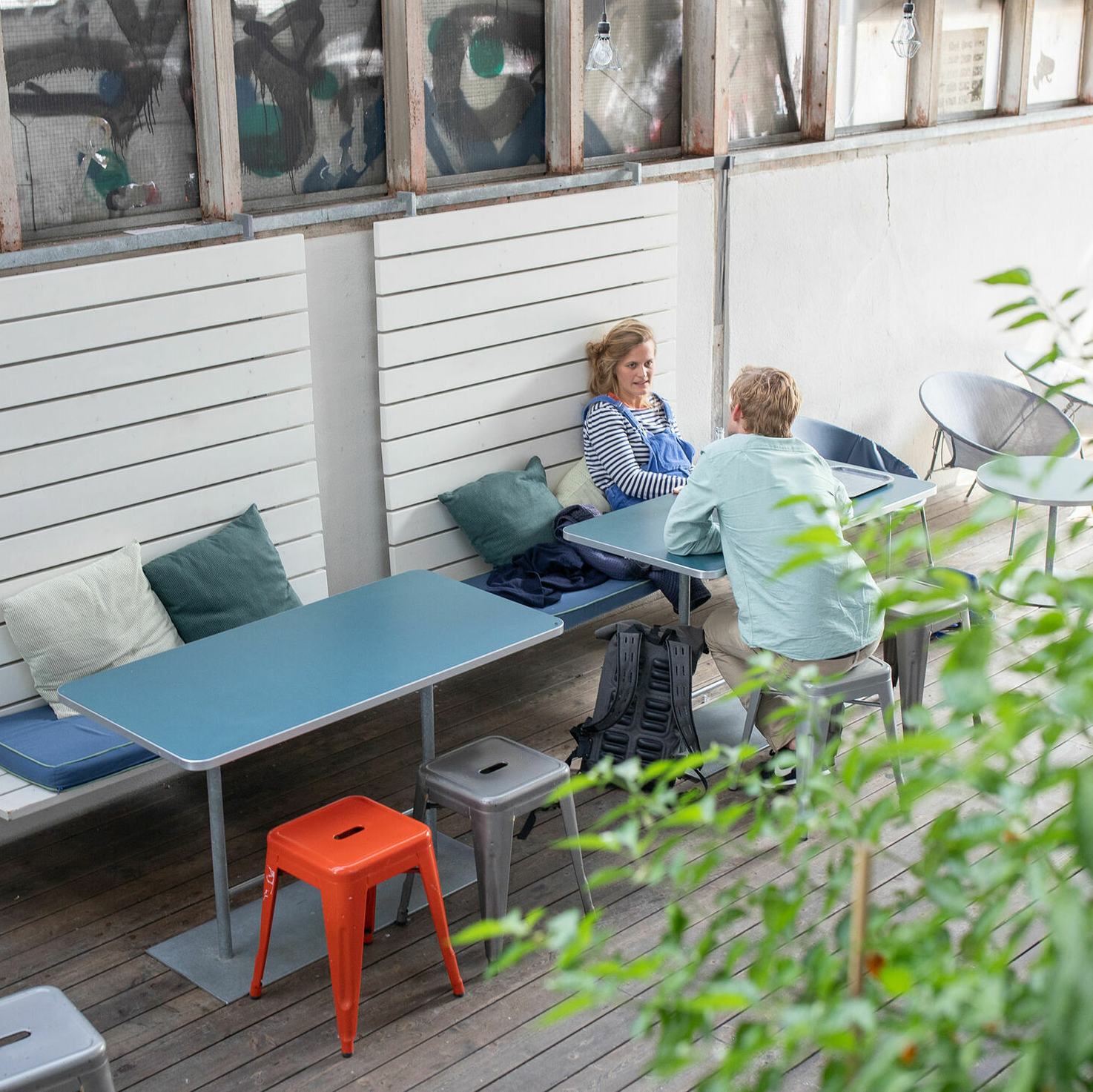 Bookshop, café and stage all rolled into one – is that a formula that works? Philipp Probst, manager of Sphères, certainly thinks so. And it’s only getting better.

At the end of the nineties, it was a risk to open a bar in the middle of Zurich’s industrial district. Even more so when you wanted to open an unusual hybrid of a bookshop, venue and café! But, the industrial quarter transformed into the lively District 5. And what was right in the middle of it all? Sphères. Philipp Probst, one of the four main people in charge, has been working here for almost a decade.

It’s an idea that shouldn’t work on paper. A cultural hub in the middle of Zurich’s industrial district. An indecisive combination of books, a bar and a stage – whatever next? There was nothing like it in Zurich, not even in the city centre where there would at least have been plenty of passing trade. And yet, on 9/9/1999, Bruno Deckert and Monika Michel founded Sphères. On Hardturmstrasse, behind Escher-Wyss-Platz. ‘Back then it was a wasteland. People must have thought the founders of Sphères were crazy,’ explains an amused Philipp Probst. He has good reason to smile: the hub is still open for business. ‘The visionary concept of Bruno and Monika lives on, even after they sold the venue to the former management team.’

‘People must have thought the founders of Sphères were crazy.’

Philipp started working at Sphères by chance. ‘I had already been working in the restaurant industry, but I had taken a six-month break to travel around the world. When I came back, I was looking for somewhere to work and came across this place.’ Ten years later and he’s still here. Philipp is now one of the four main people in charge at Sphères and the manager. ‘The hierarchies here are relatively flat. Everyone who works here does a bit of everything: washing up, serving, selling books.’

Sphères may be unusually old for its industry, but it’s certainly not out of touch.

A bar, books and a stage: but is there a primary focus? Is Sphères a bookshop where you can also drink coffee? A café where sometimes readings are performed? Or a cultural hub where you can also order a cup of tea or buy a book during a concert? Philipp insists: it is everything. ‘It works so well because everything fits together. Everything contributes to the overall atmosphere of the place.’ The word ‘sphère’ doesn’t just mean sphere, but also a space or realm. But the name of the hub is in the plural form. This is where lots of different realms come together. ‘It is,’ explains Philipp, ‘an open office and a local bar all rolled into one. In the mornings when we open at eight, our guests read their newspapers; in the afternoon, they bring along their families; in the evenings, dance groups from the area come by for an after-work drink.’

The mood in Sphères is also varied: on warm days, the popular outdoor café is lively and ringing with laughter – those who step inside are almost shrouded in silence for a few seconds. This space includes the bar; above this there is an unusual level, almost like a bridge, with additional seating; but there are also shelves containing 5000 books, which are carefully selected every six months.

The mood in Sphères is also varied.

Bands, often singers and songwriters, perform on the stage between the countless books. An English improvisation theatre group also recently performed here as part of an innovative and successful experiment. The stage also sees lots of readings, preferably by local authors. The venue also hosts general knowledge quizzes and series of events that address socio-political issues. Sphères may be unusually old for its industry, but it’s certainly not out of touch.

The hub recently added an unexpected string to its bow: a meeting room with peaceful industrial charm that is directly accessible from the main Sphères space. ‘So far this has been a venue for readings and has even been taken over by entire pop-up stores,’ says Philipp who is clearly pleased with the expansion. Sphères is now more than just books, a bar and a stage, it is a bookshop, café, venue and meeting space. And, perhaps most importantly, it has stood the test of time.