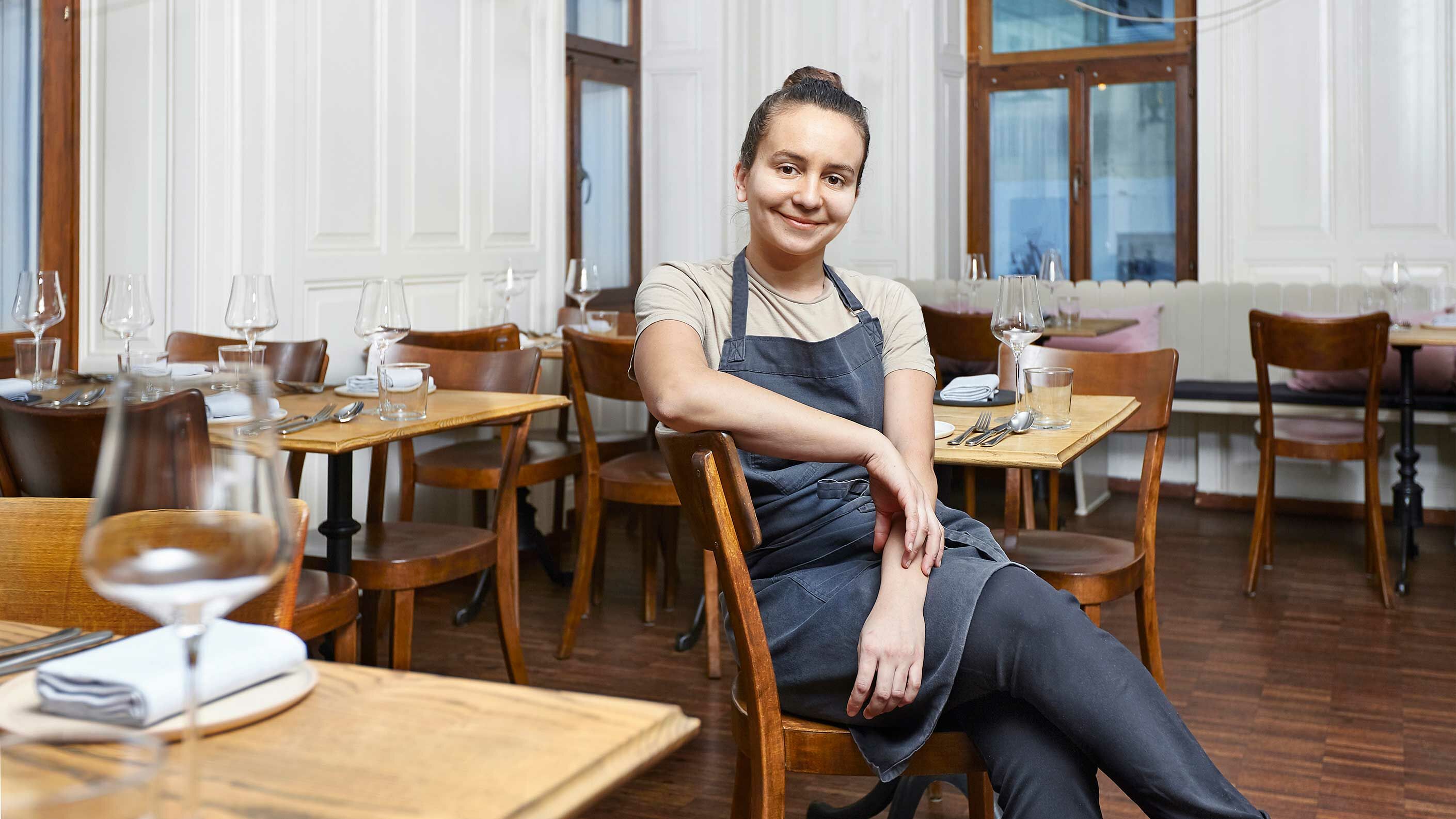 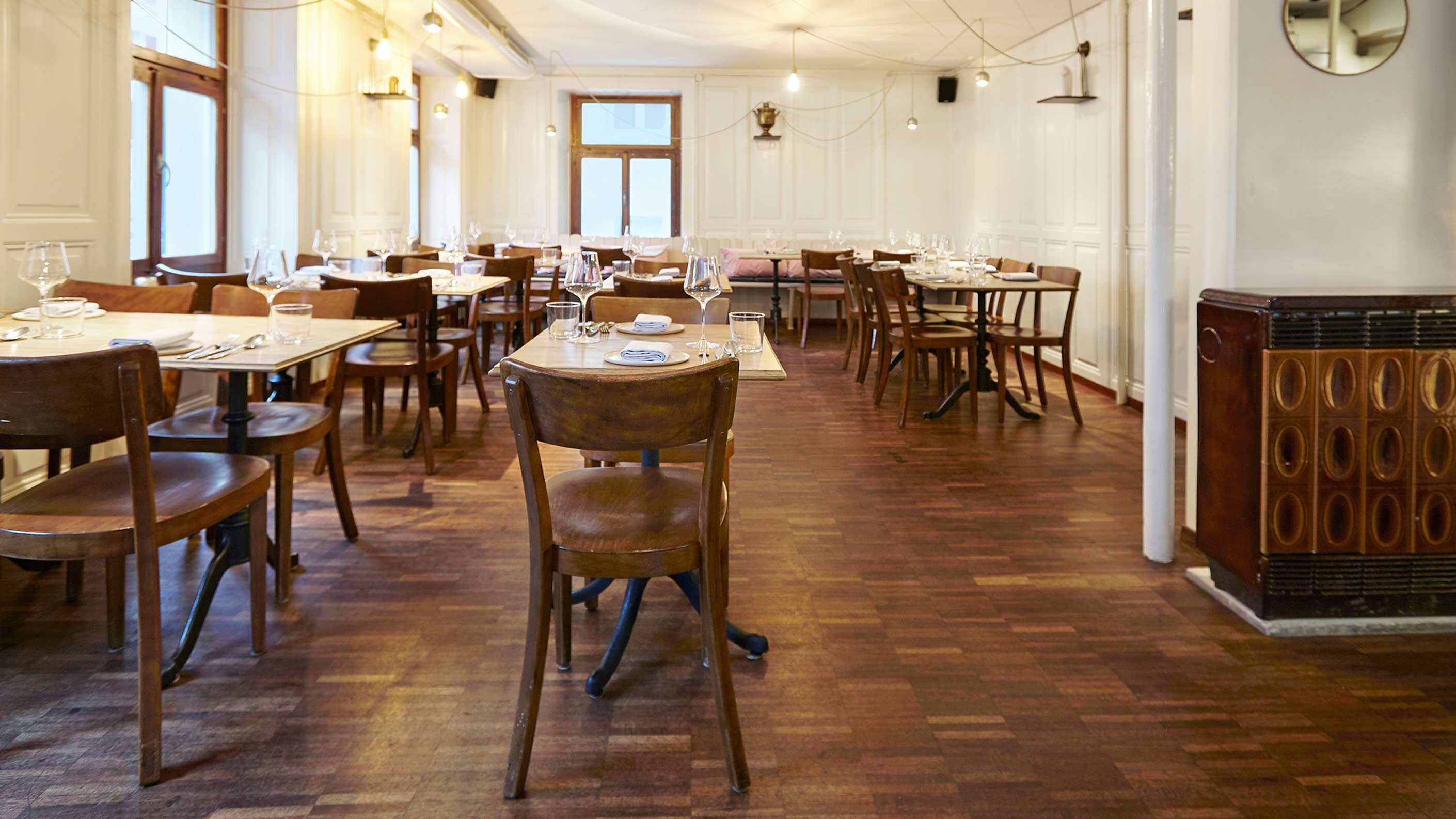 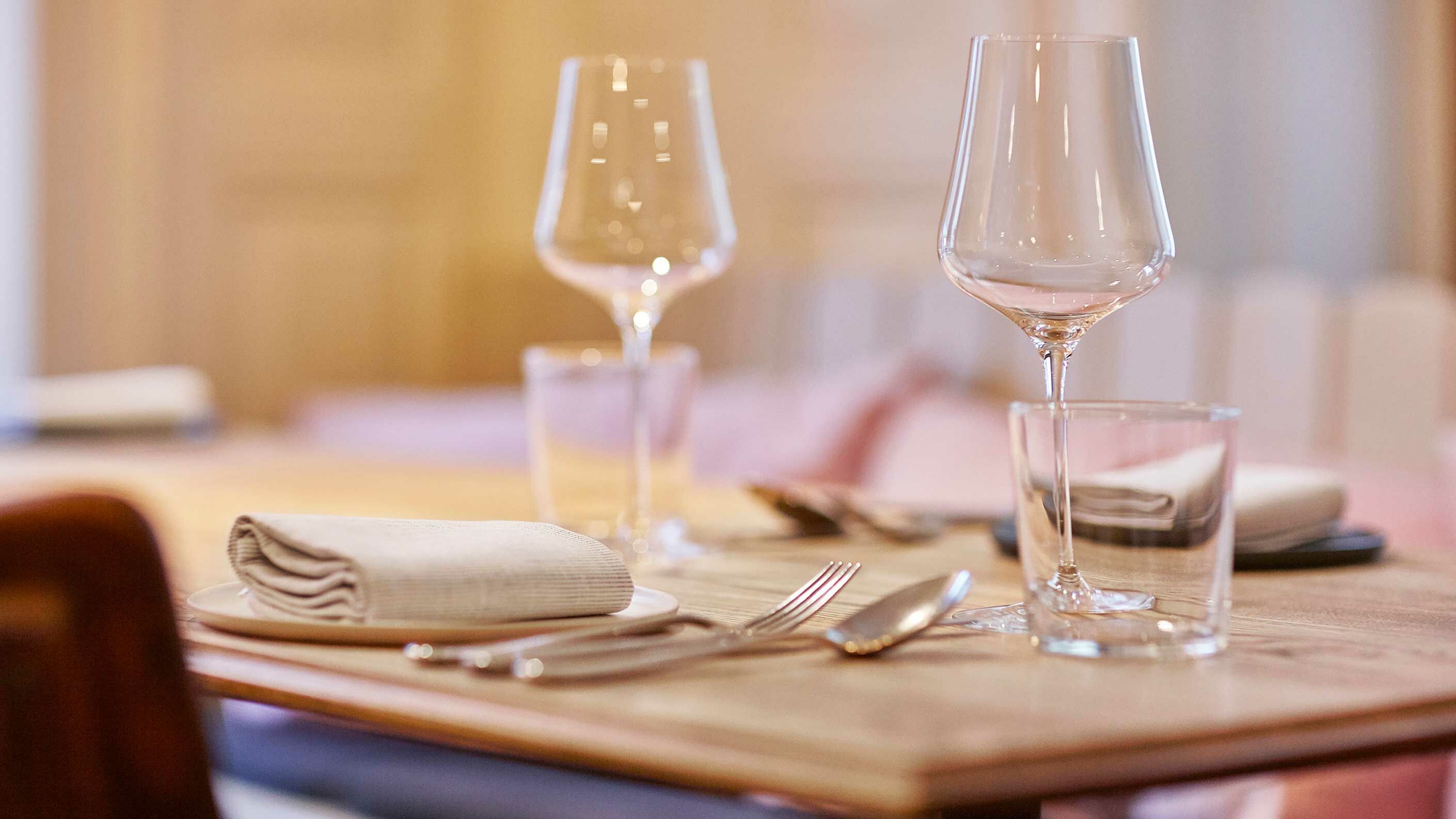 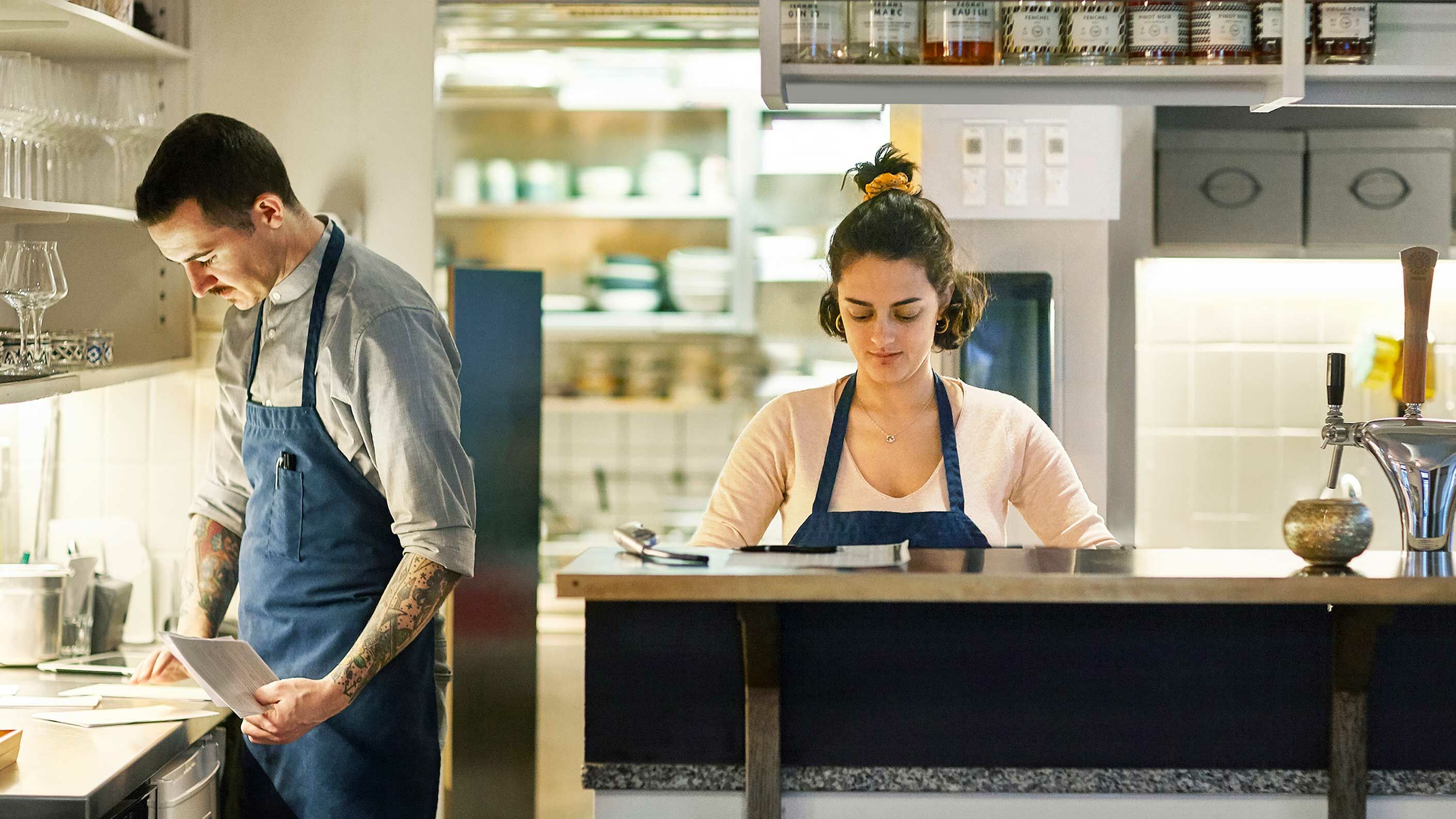 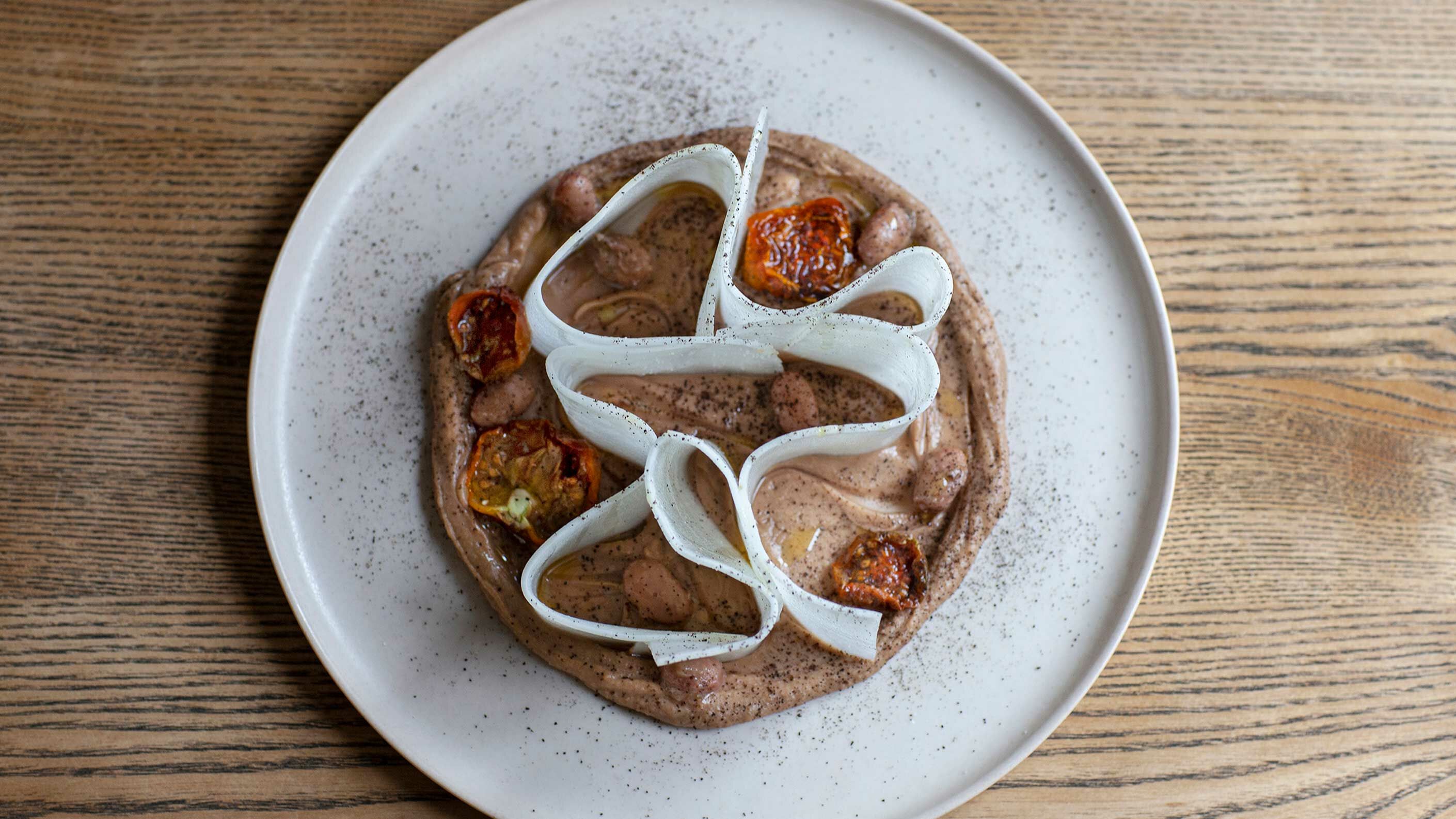 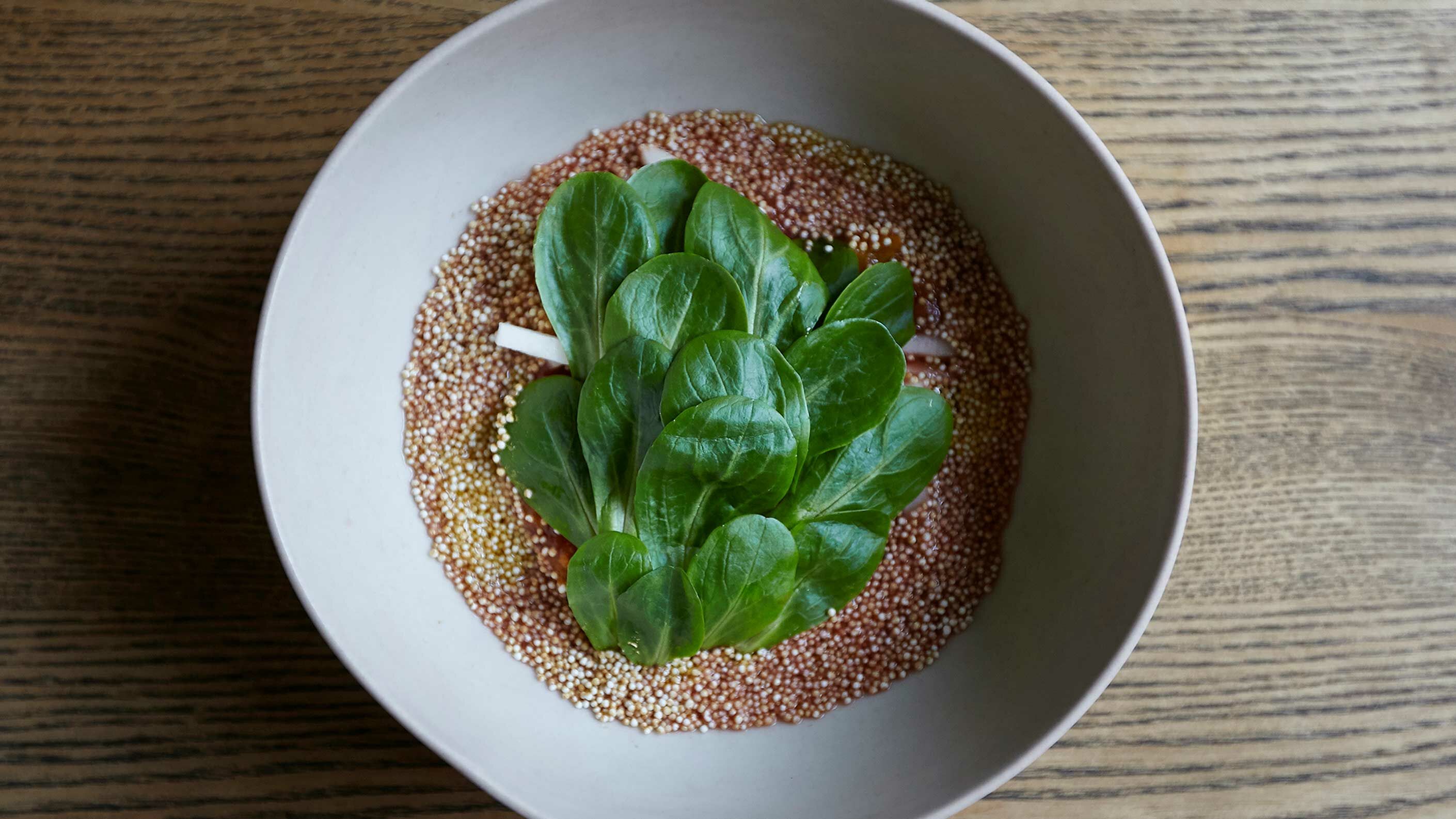 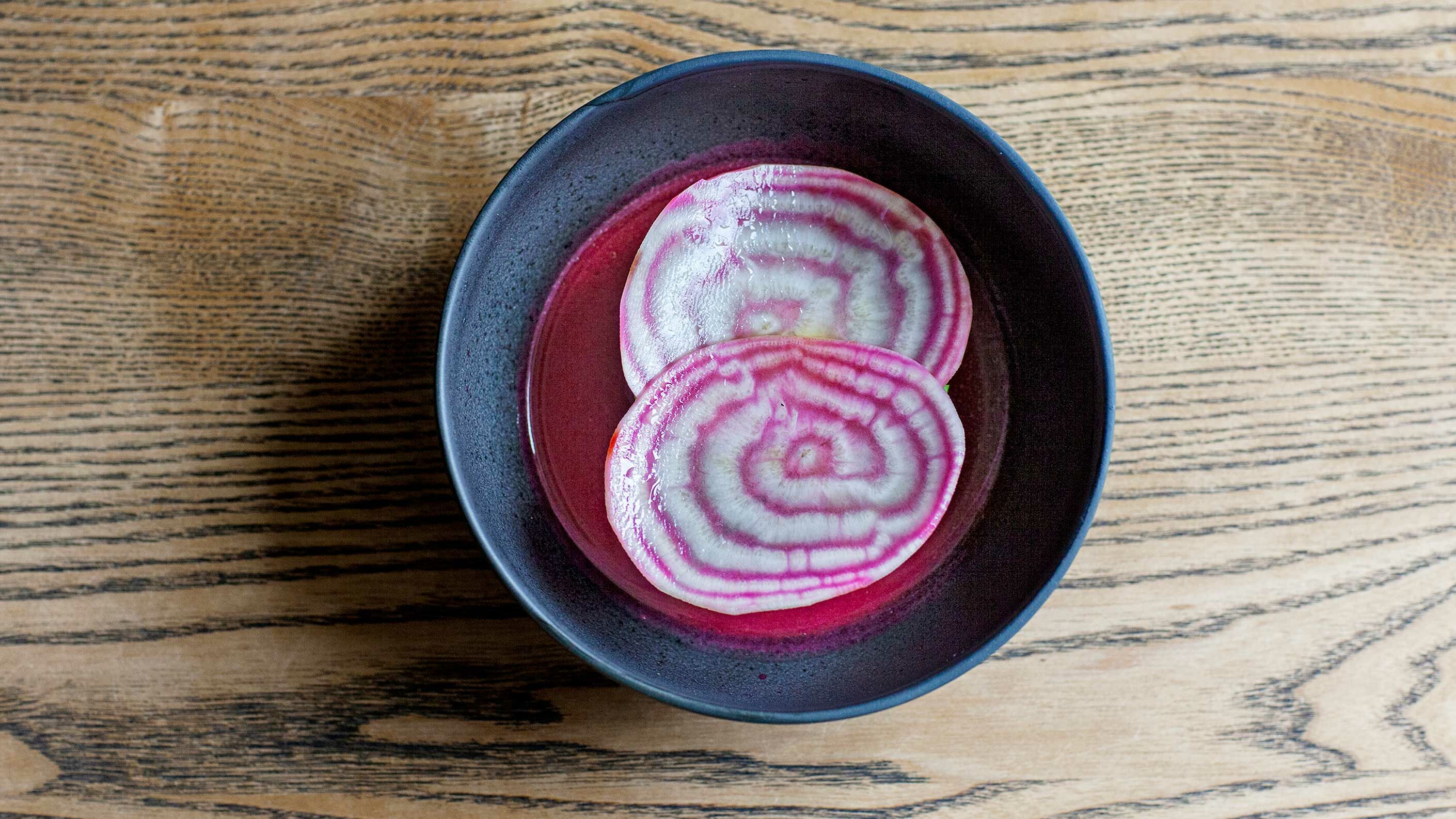 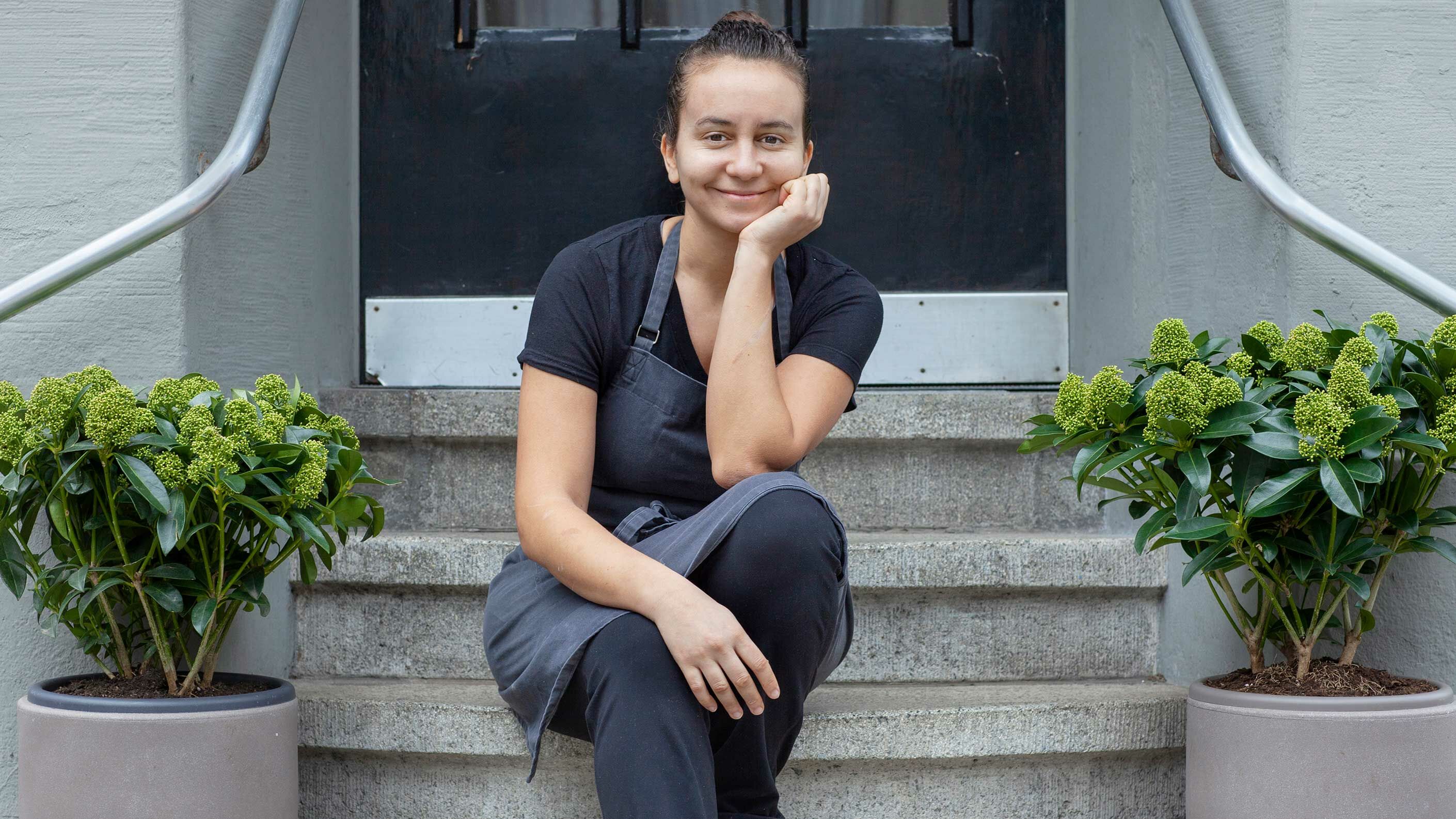 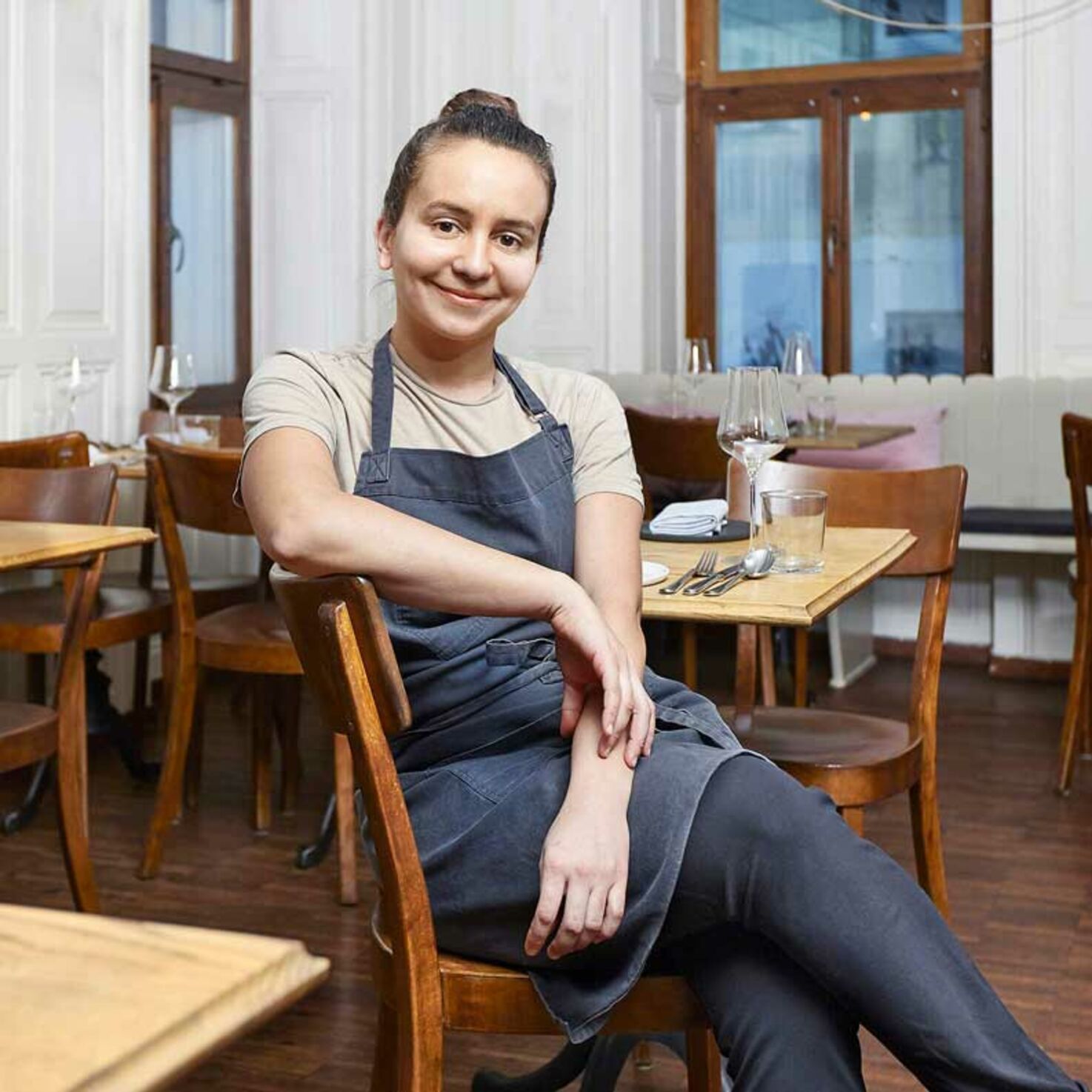 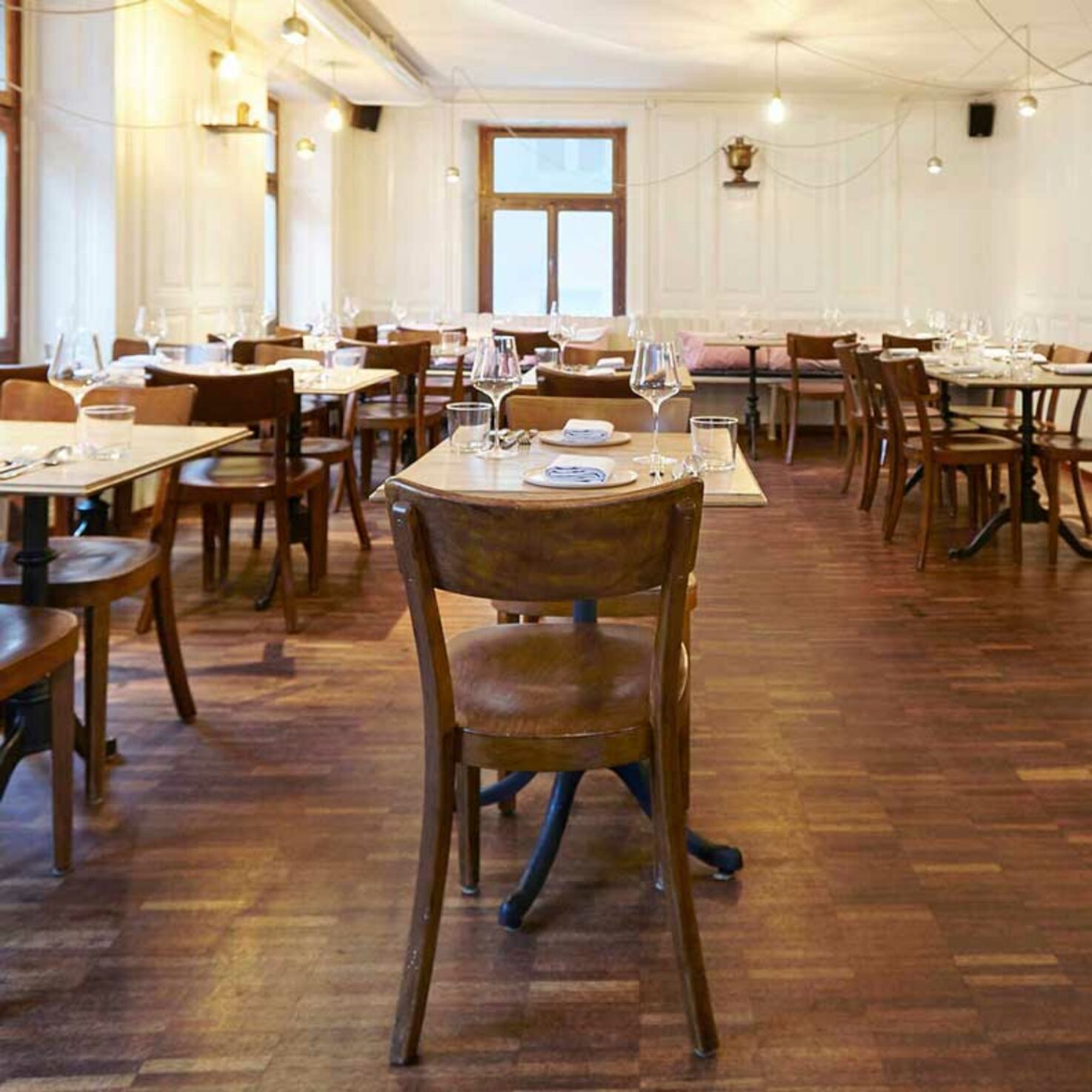 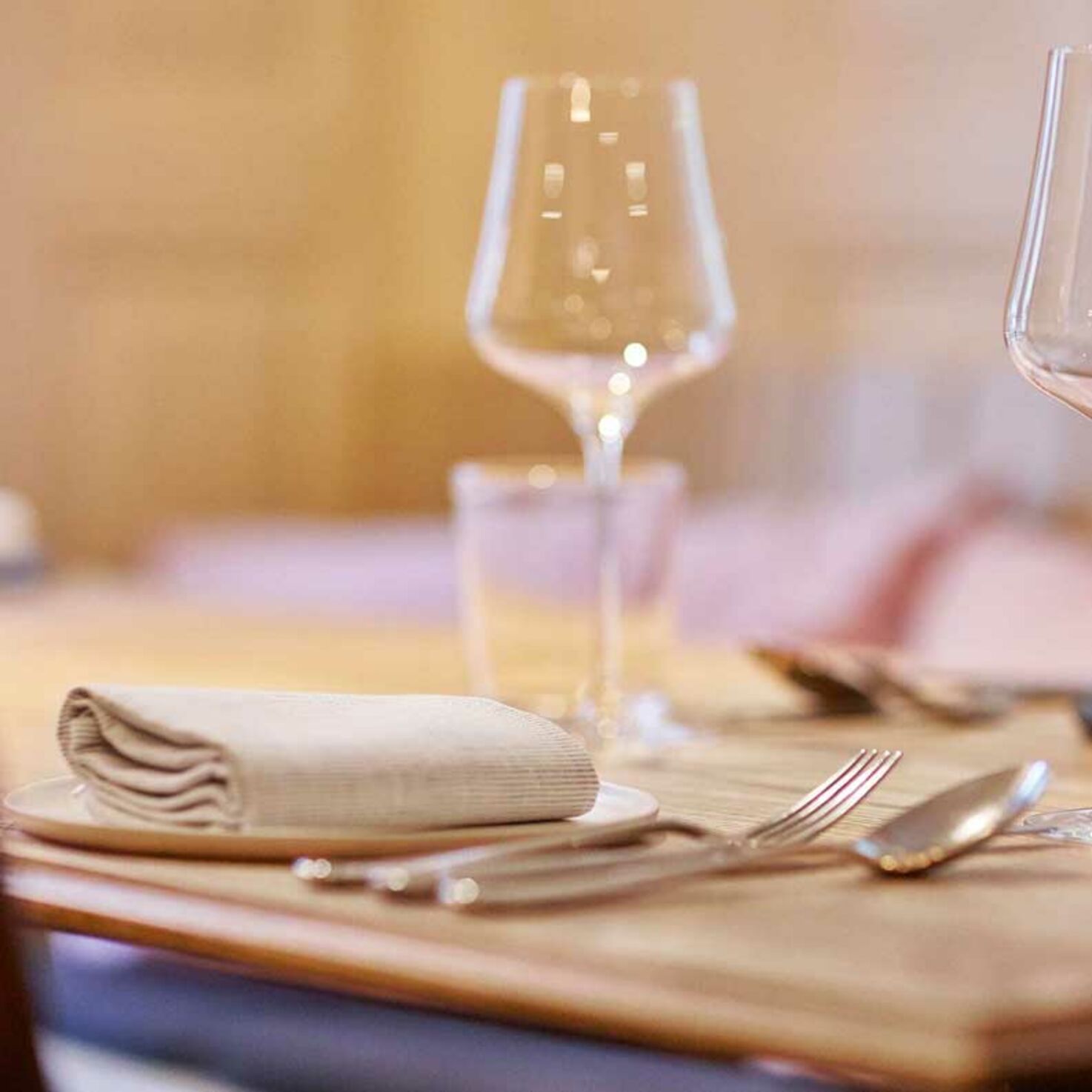 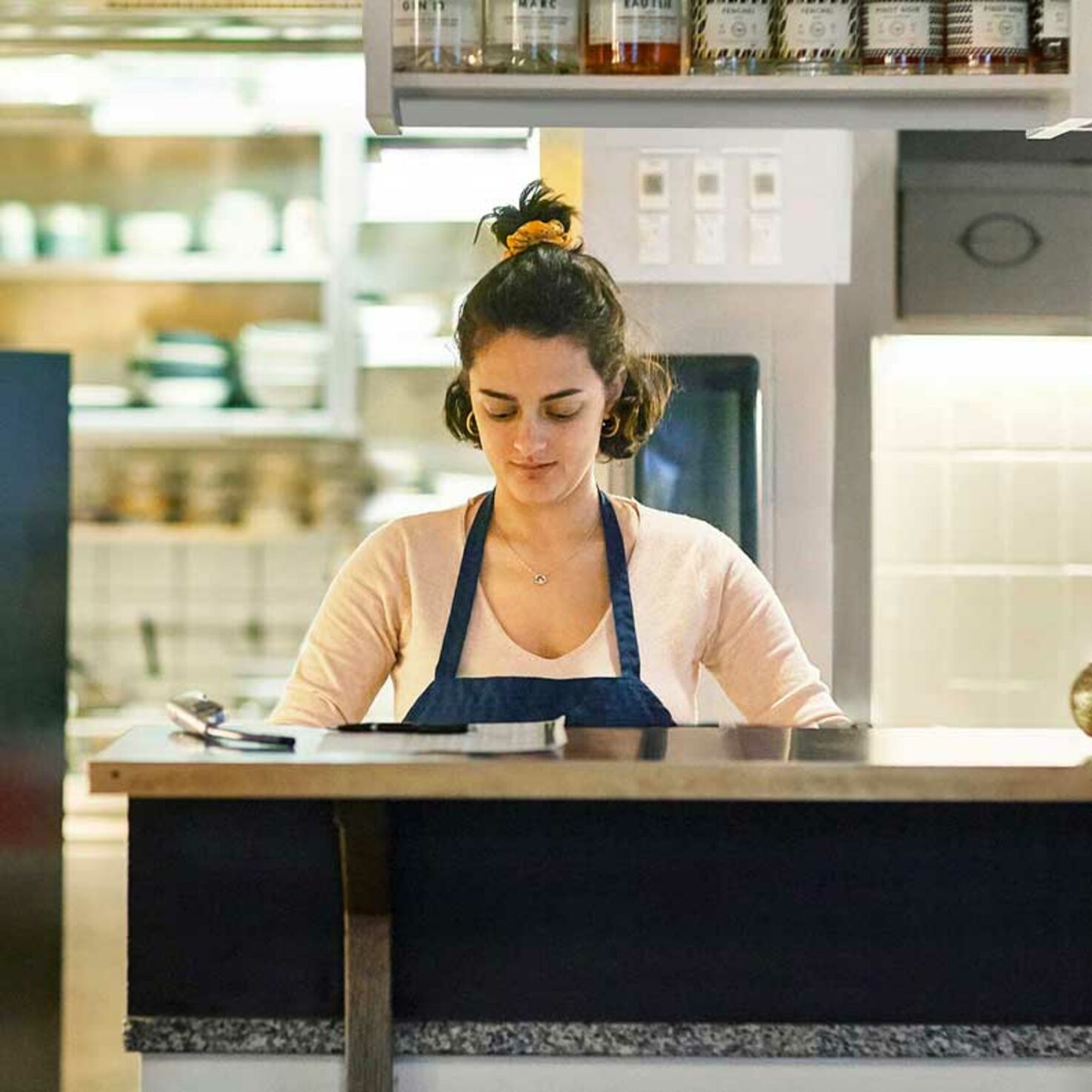 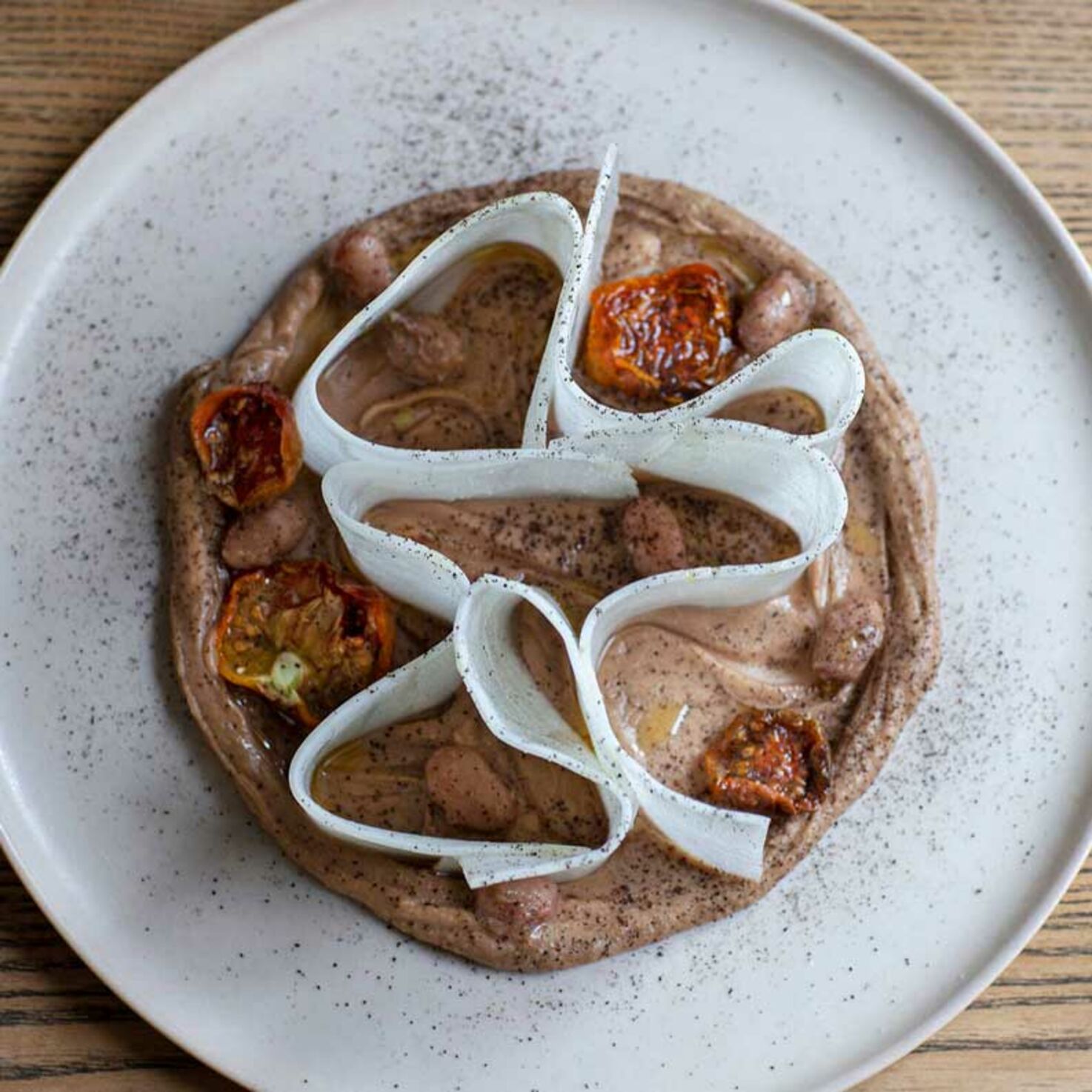 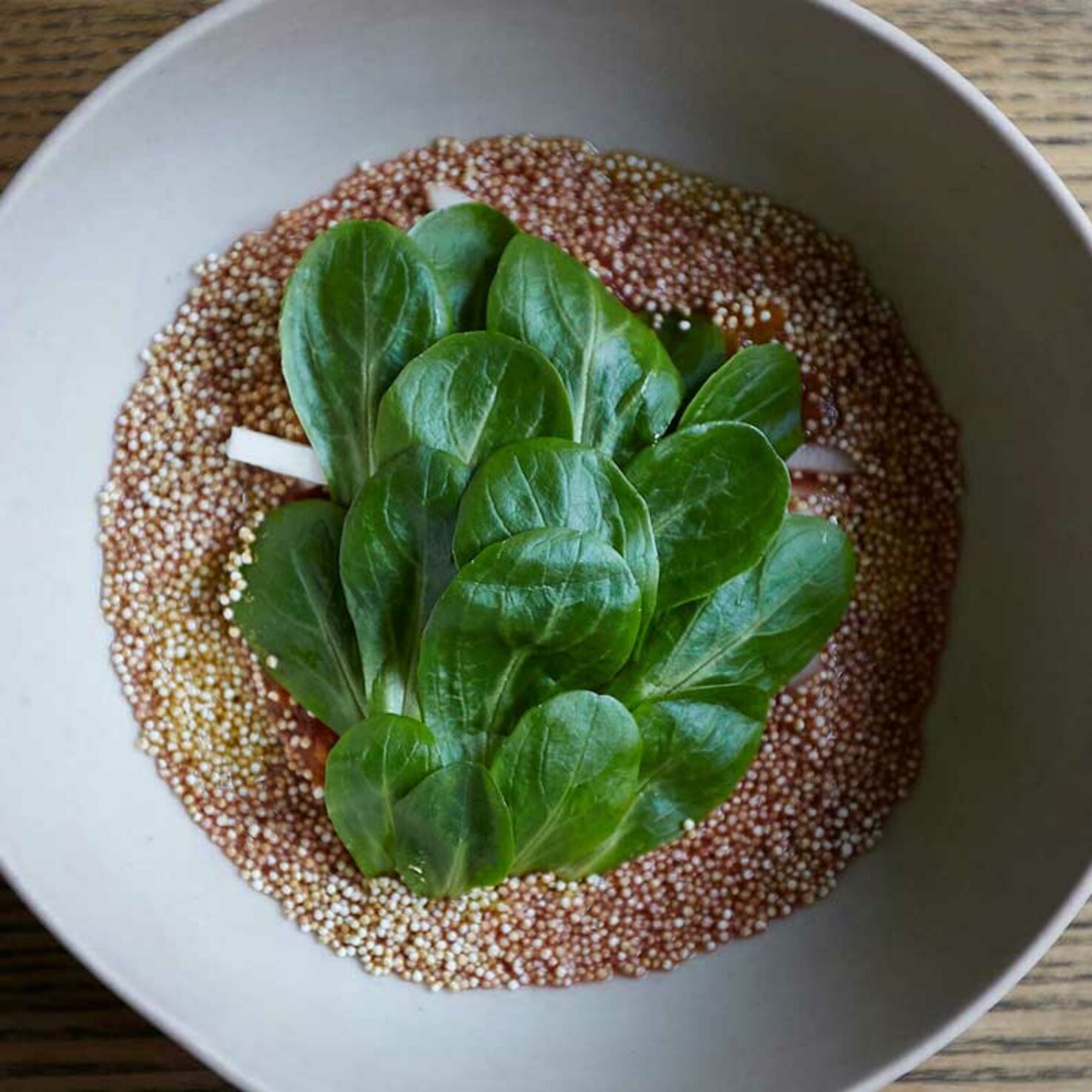 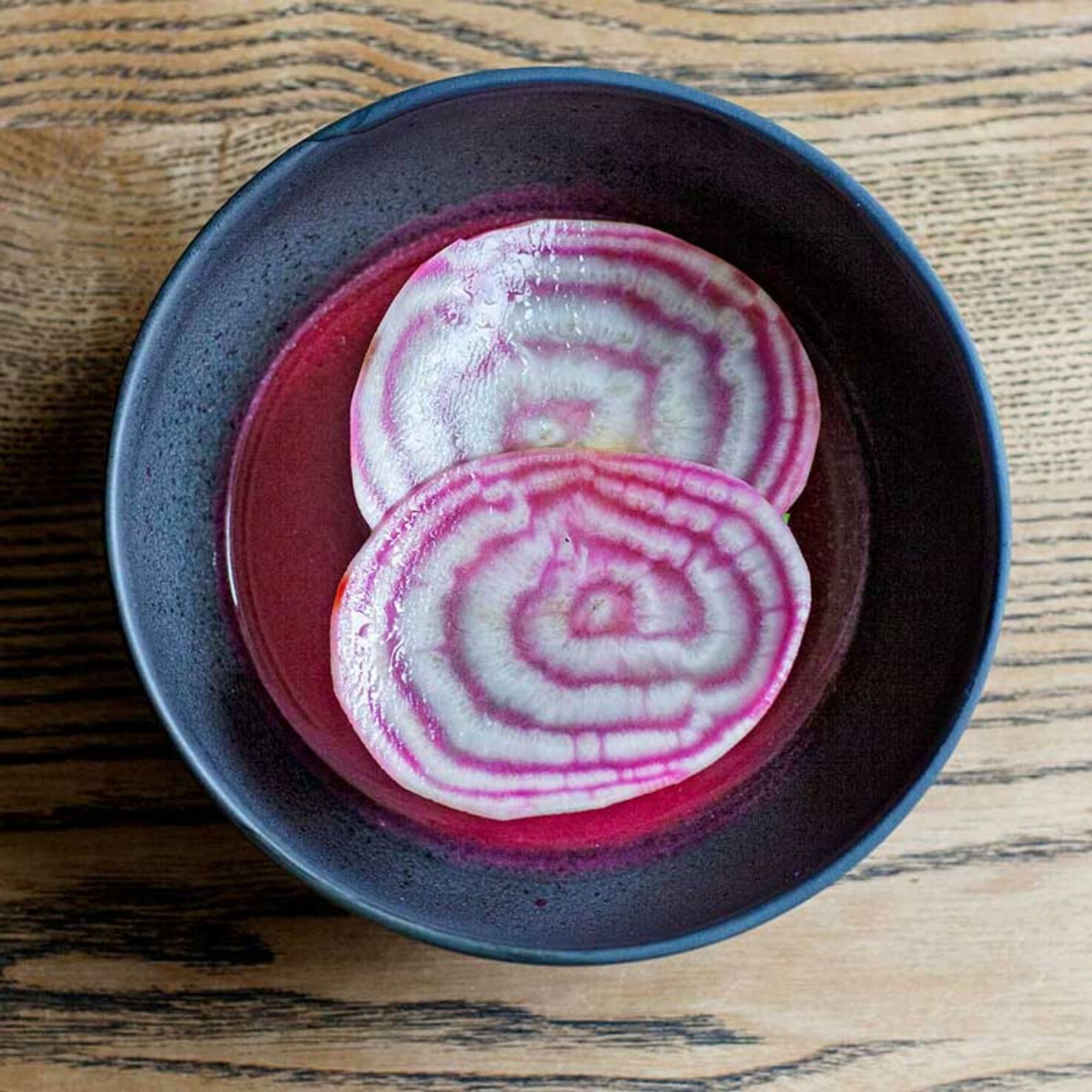 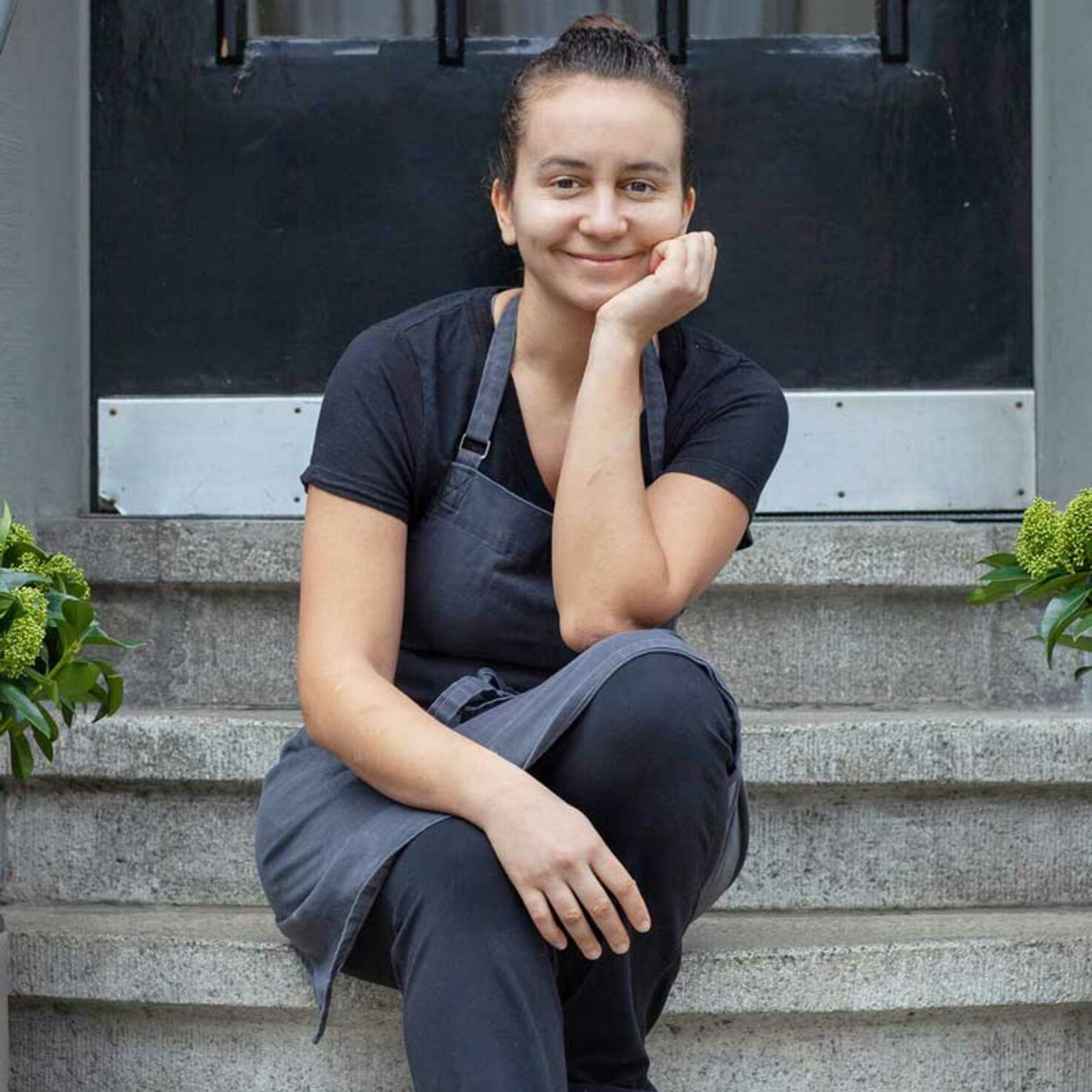 Zizi Hattab has worked in some of the world’s top restaurants, from Bilbao to New York. Now she and two colleagues have opened their own vegan restaurant in the heart of Zurich’s district 3.

Zizi Hattab started her career as a software engineer, but eventually decided to follow her heart and become a chef. She was soon working in some of the world’s top restaurants. In January 2020 she joined forces with general manager Bernd Vogel and sous-chef Alessandro Scaccia to open their own restaurant: Kle on Zweierstrasse. They made a last-minute decision to focus on vegan dishes and opened the restaurant in the space of just a few weeks. Now the three founders have been joined by an international team.

It was an explosive beginning – Kle had just 17 days between moving in and opening a full-blown restaurant. Two and a half weeks! So little time for the six-person team to settle in, particularly as some of them had never even met before. So little time for doing renovations, so families and partners were drafted in to help. So little time to open a fine 40-cover restaurant serving quality vegan food. But Kle pulled it off. That was in January 2020.

Zizi decided her new restaurant had to be vegan too.

Zizi never does anything by halves, even when time is short. She only became a vegan in late November 2019 – but she decided her new restaurant had to be vegan too. Along with general manager Bernd Vogel and sous-chef Alessandro Scaccia, she only found the premises in August last year, but they instantly knew it was exactly what they were looking for.

This speed was just a by-product of the fact that Zizi knows what she wants: to make good food. Zizi’s full name is Zineb Hattab. She began her career as a software engineer in Liechtenstein but eventually decided to follow her heart and switch to the restaurant trade. She was hired by some of the world’s top restaurants and has become a respected chef. The daughter of Moroccan parents, Zizi has always embraced change. She has lived in Barcelona and worked in Graubünden, Bilbao, Modena and New York. Now she has landed in Zurich, where her team of six also has a very international flavour. But the focus is on local produce, from apples to quinoa. Zizi is determined to use seasonal produce: ‘If we wanted, we could have strawberries and mangoes all year round. But we won’t do that.’

The building in district 3 has clearly stood there for a while. Formerly home to a pub called Dreierlei, it is compact but not cramped, down-to-earth but not old-fashioned. This is underlined by Kle’s simple decor with its focus on natural wood. The place is not meant to be chic and classy, but ‘relaxed and cosy’.

The place is not meant to be chic and classy.

Zizi uses the word ‘cosy’ a lot – her English is more fluent than her German. When she returned to Switzerland after three years in New York, she didn’t particularly want to go back to Graubünden. Although she loves ‘the happy valley’, she felt drawn to Zurich: ‘The city seemed to have become more open in the five years I was away.’ Zizi and her husband moved to Wädenswil: ‘I love taking a morning dip in Lake Zurich.’ But summer looks set to be a busy time because Kle has outdoor seating for 50 people. The brunch menu includes giant pancakes, BBQ mushrooms, cashew cream cheese, and braided bread, all served outside in Zurich’s morning sun.

Summer was a distant memory when the restaurant opened, but Kle has still grabbed the attention of the locals. Zizi, Bernd and Alessandro certainly have plenty to do, plenty to cook, and no shortage of guests. Here, on the premises of what used to be a popular local pub (Dreierlei now focuses on catering), Kle is looking to the future. A restaurant with an explosive beginning is now creating its own flavour explosions.