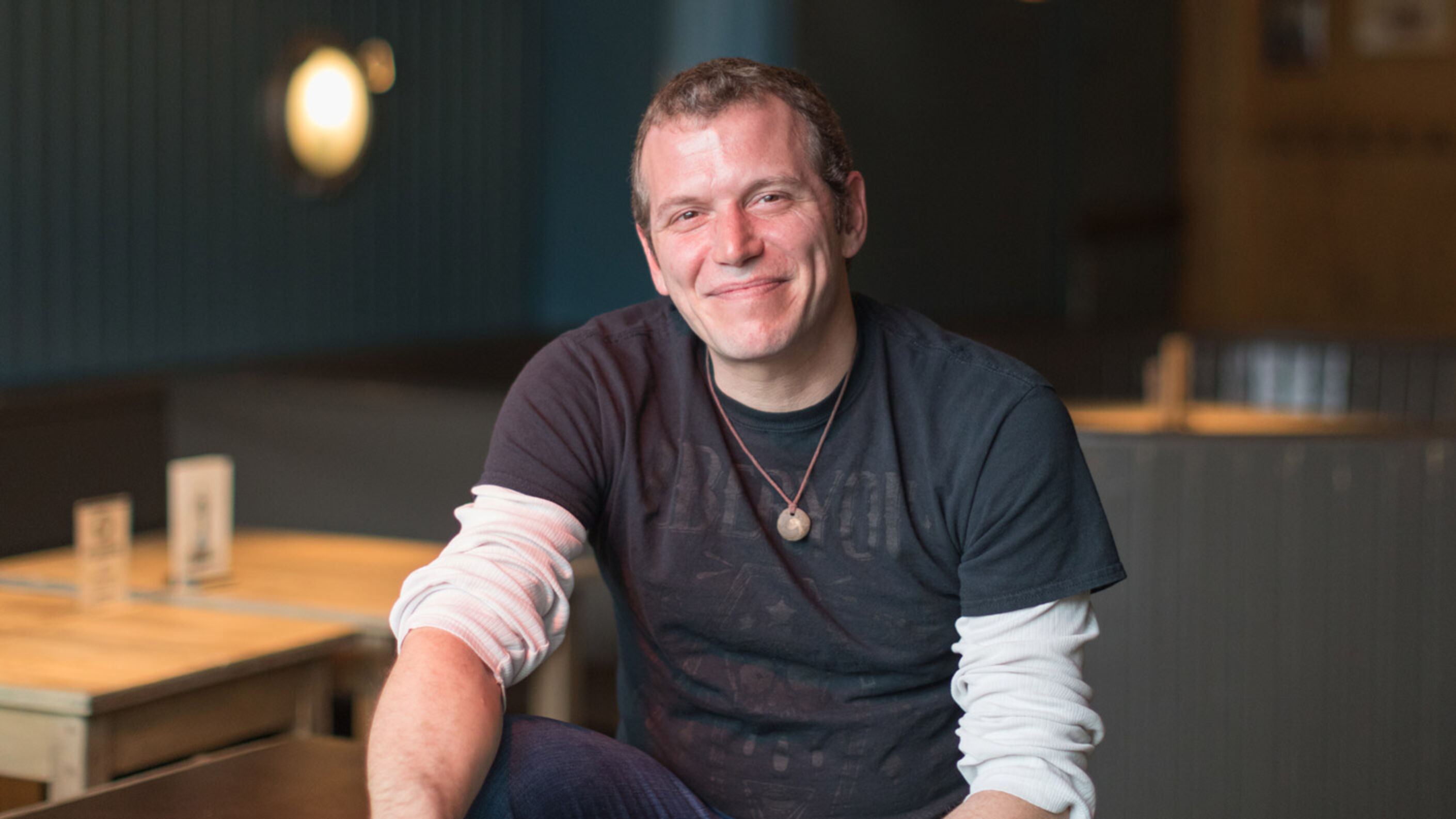 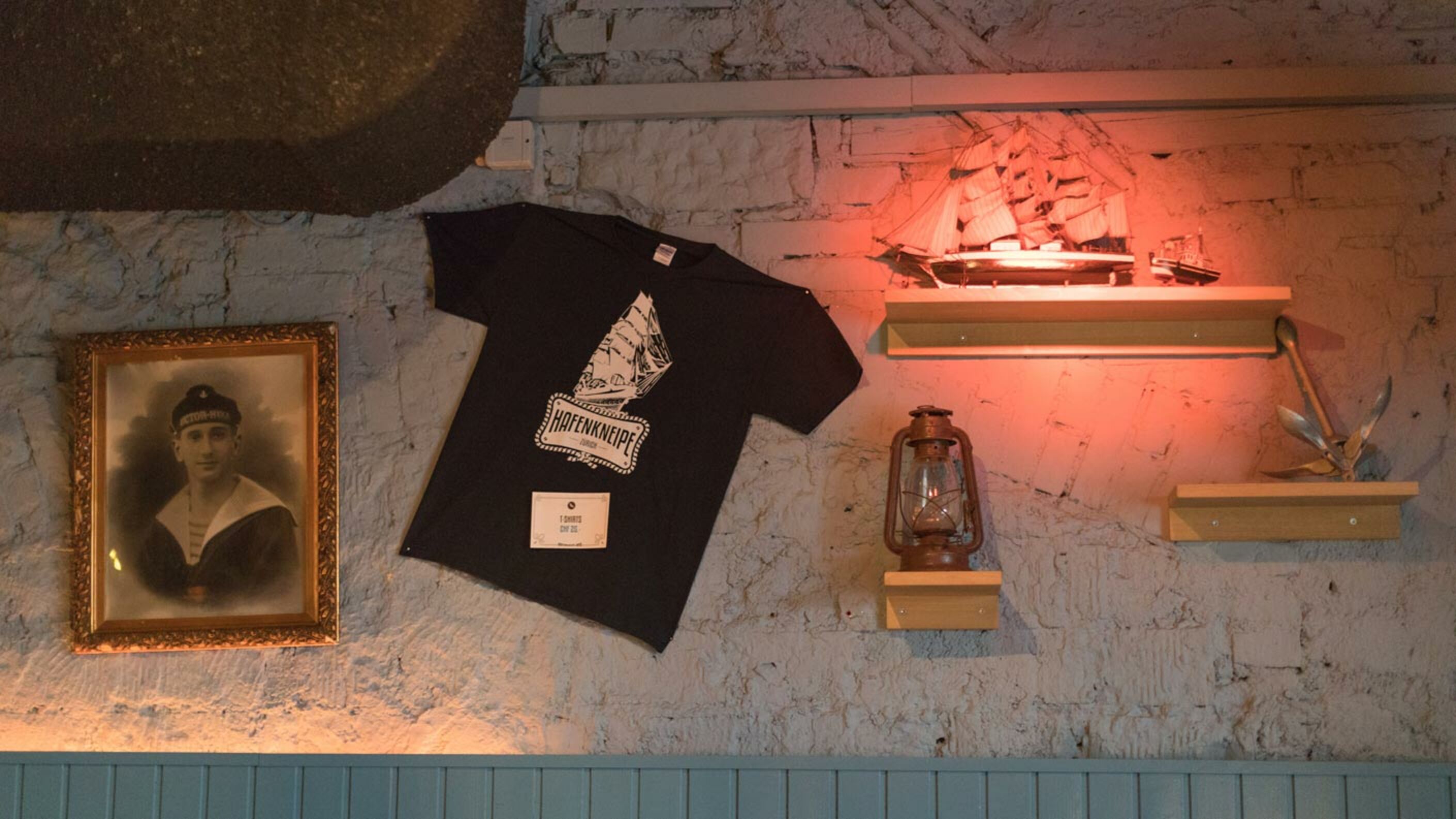 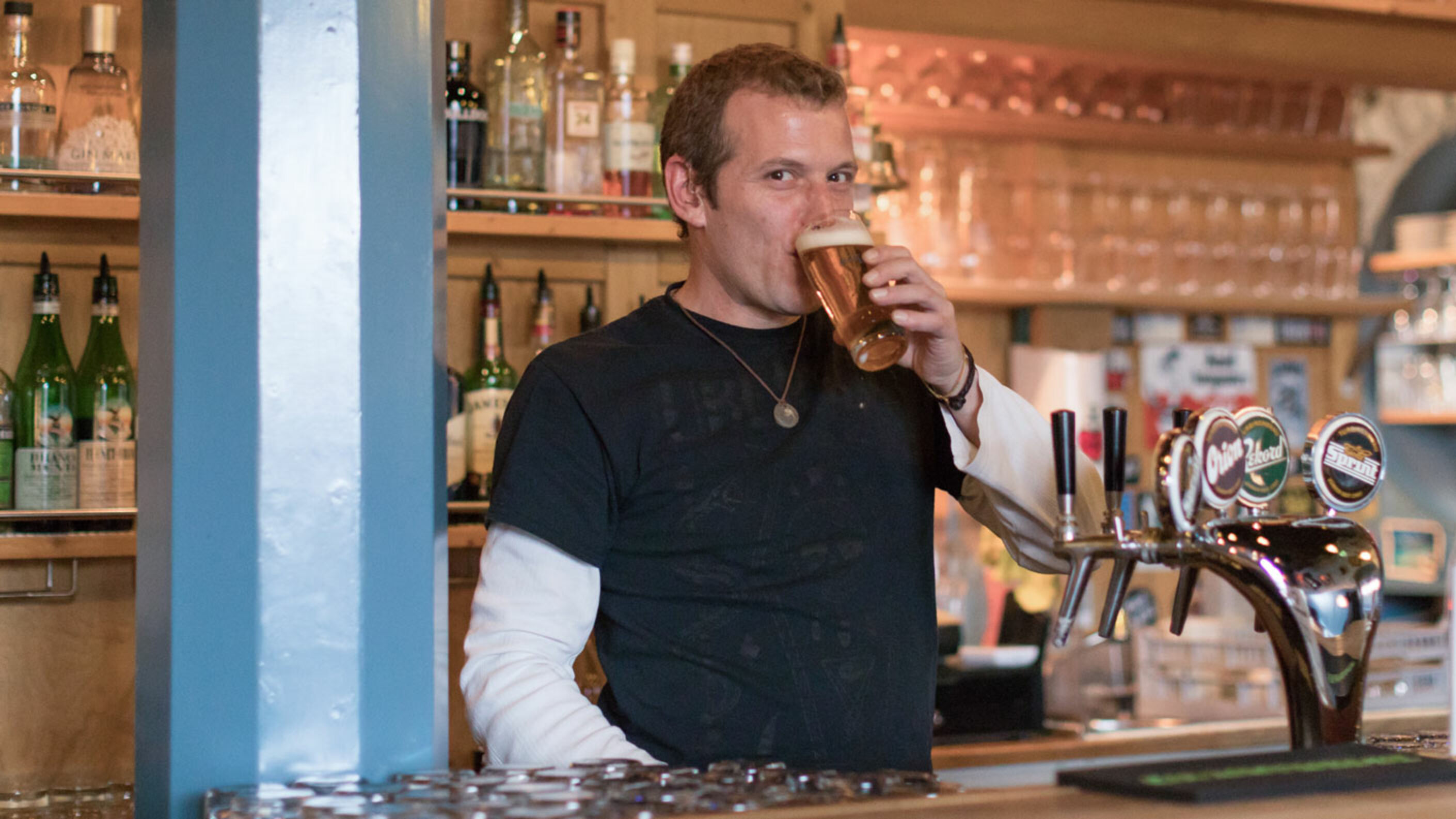 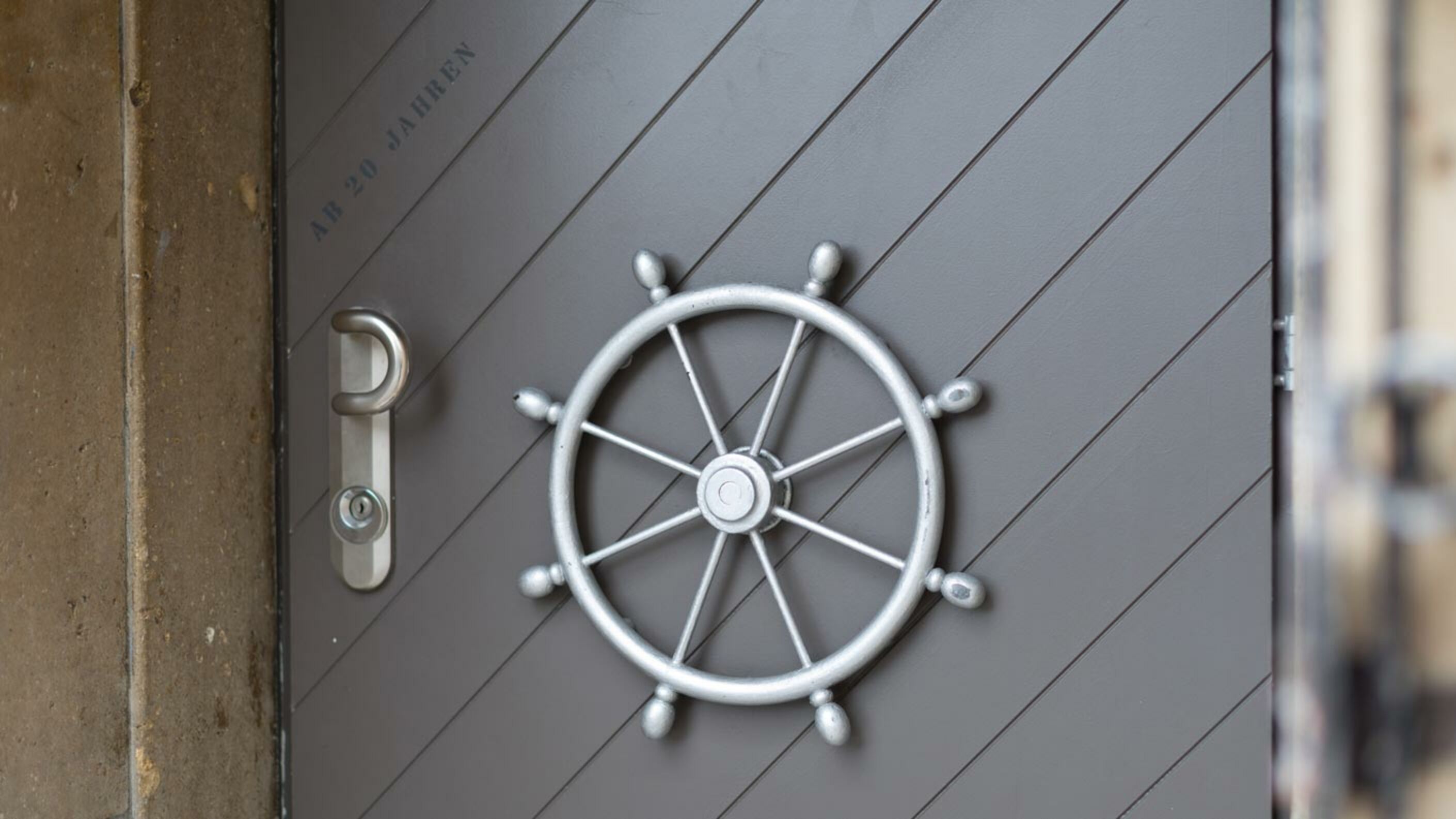 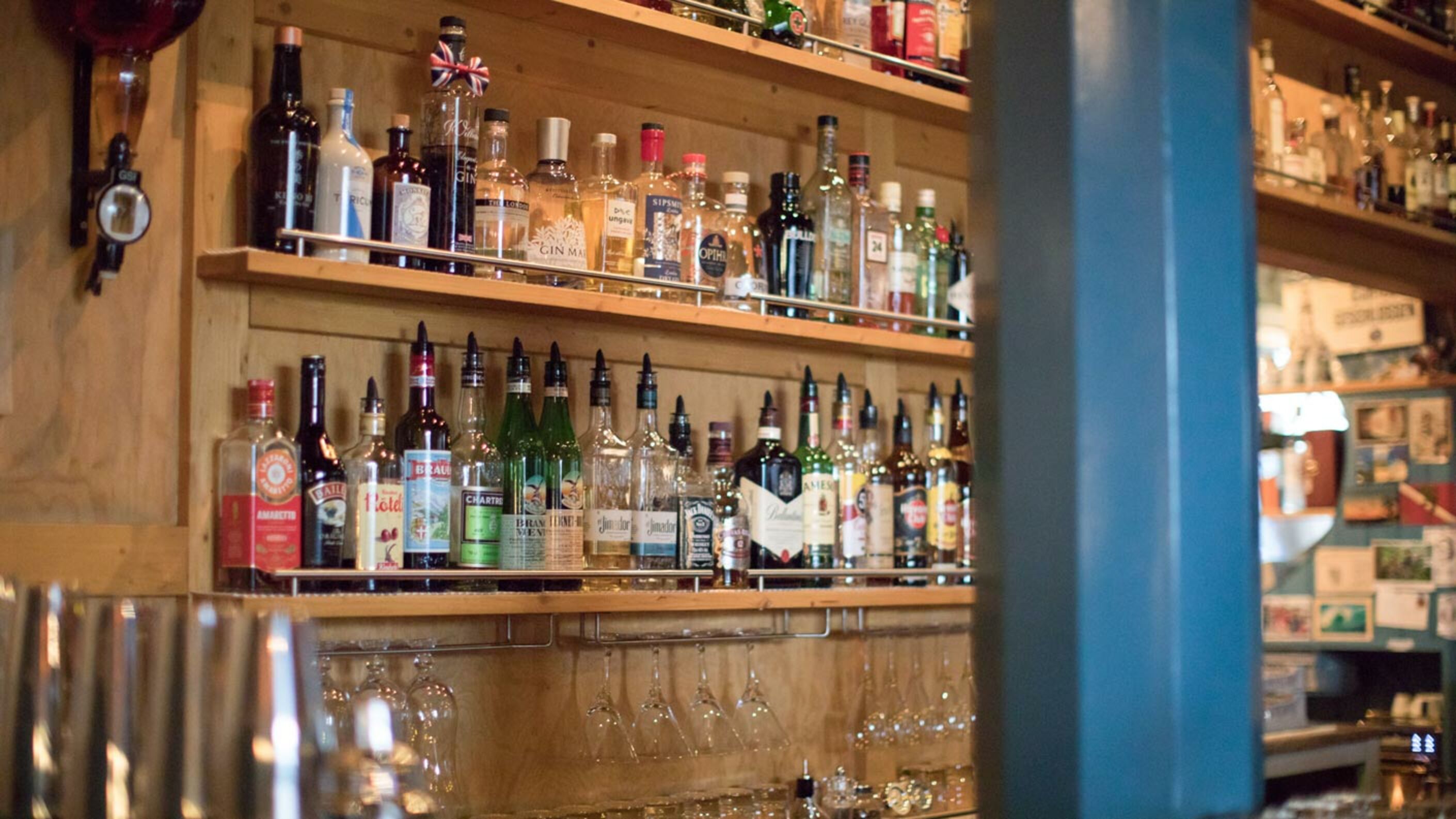 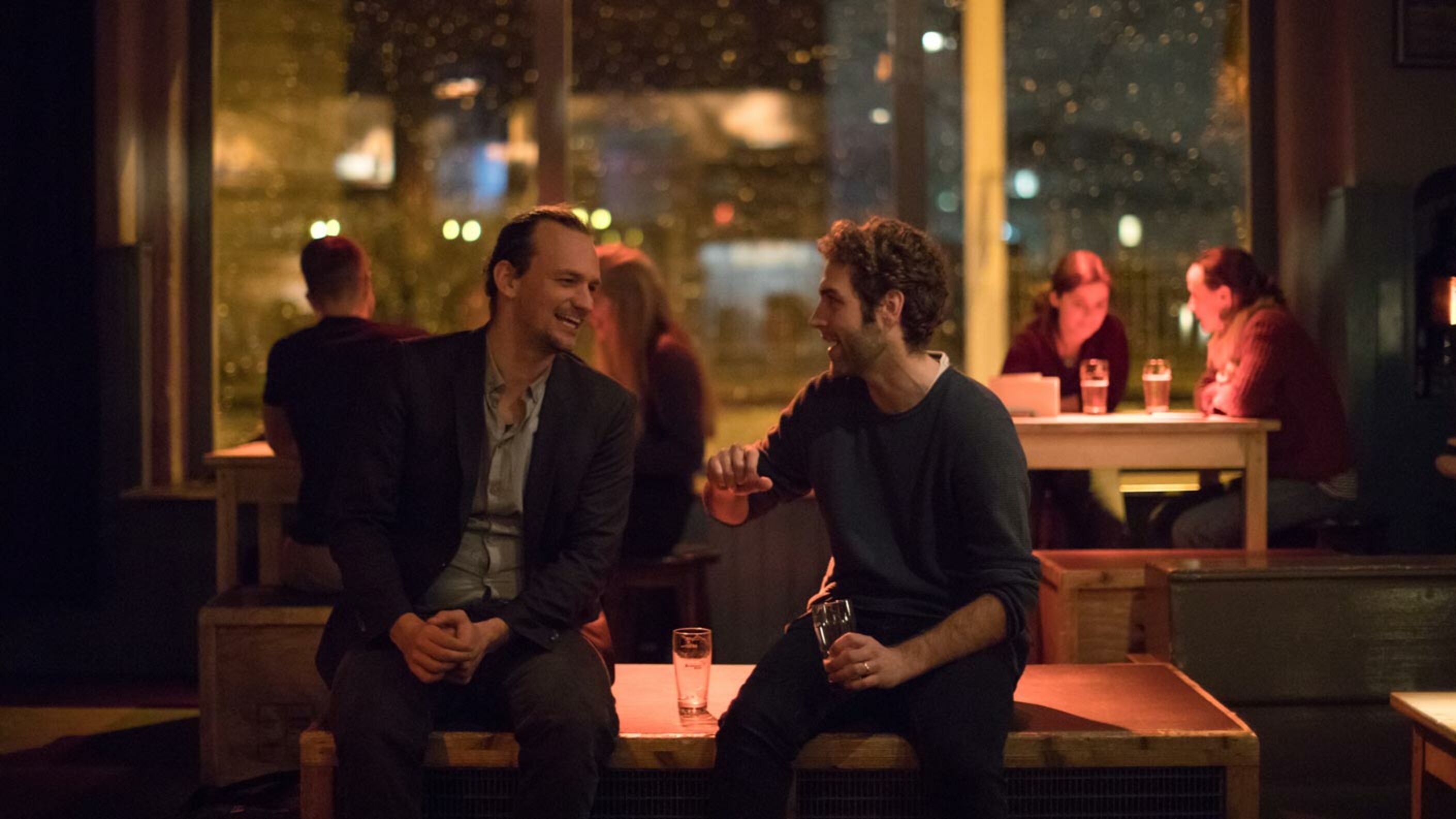 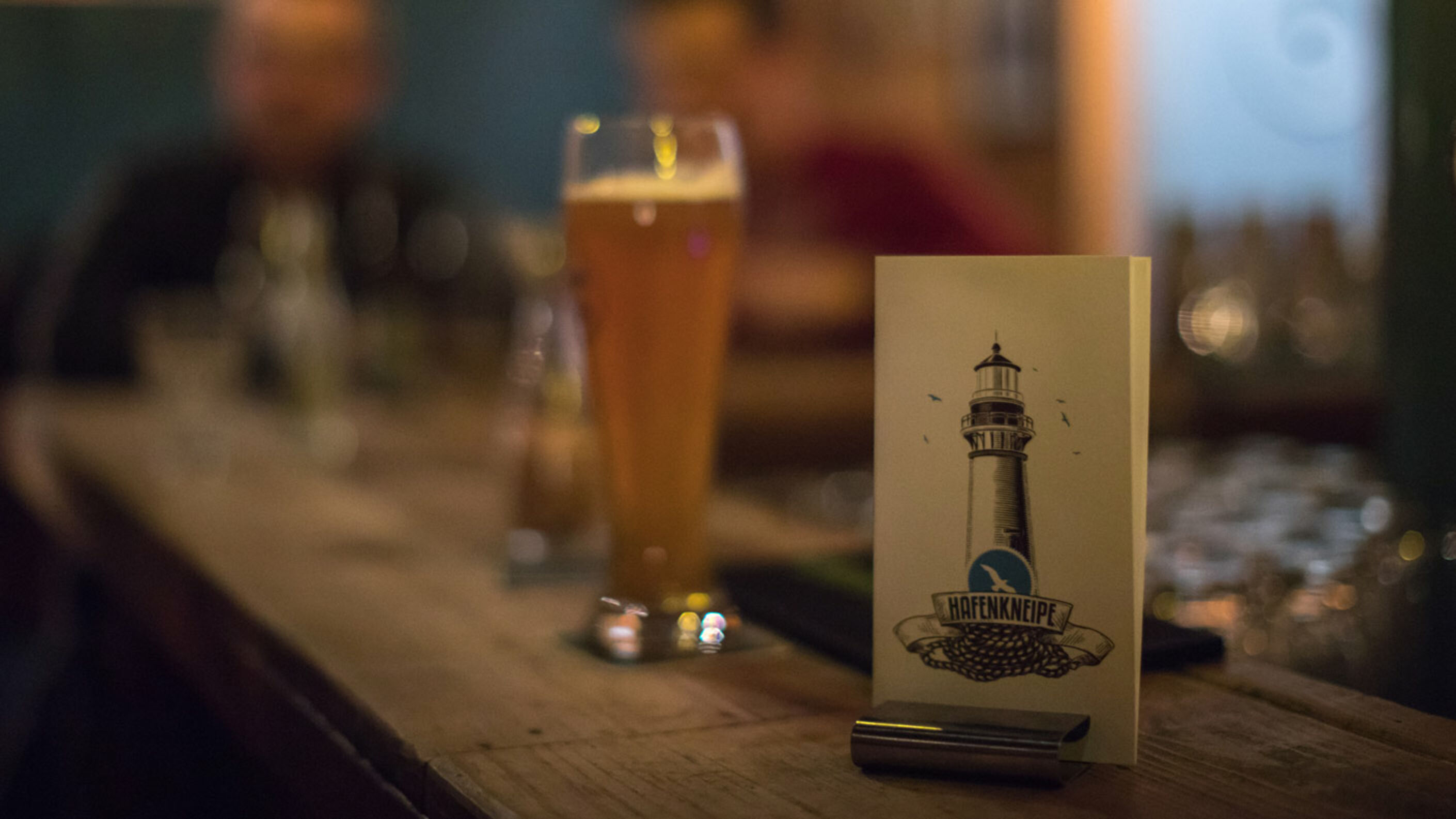 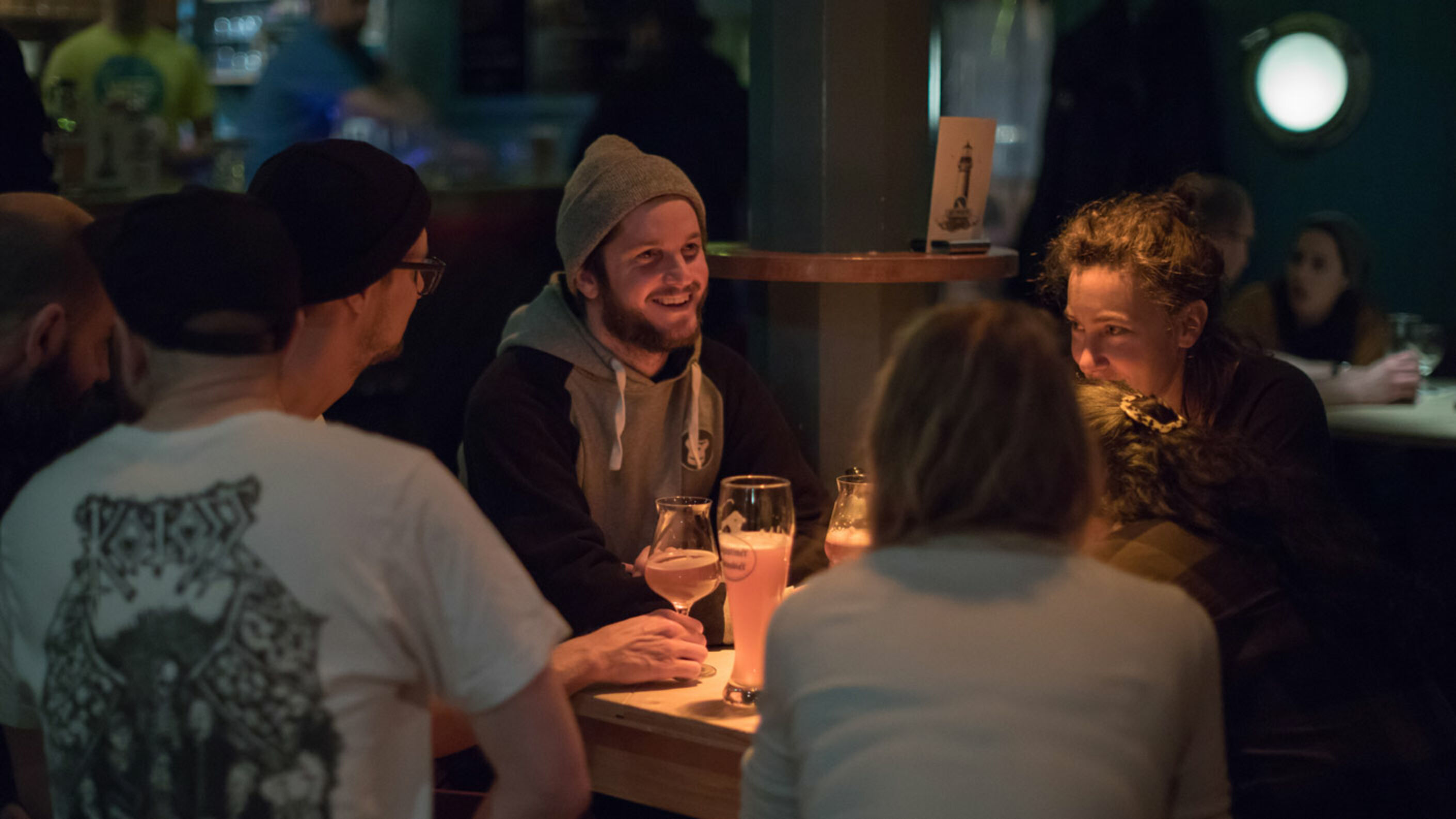 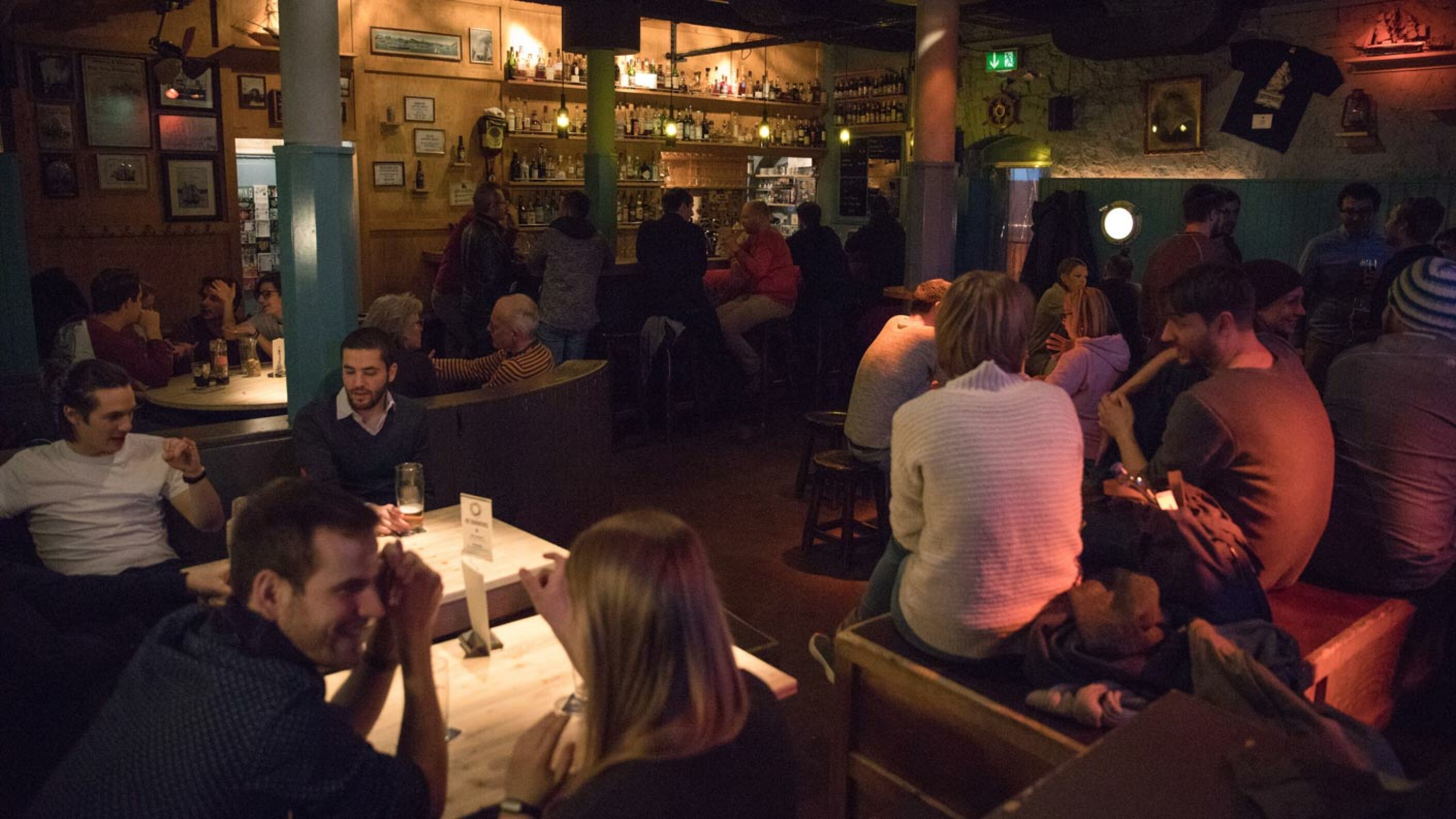 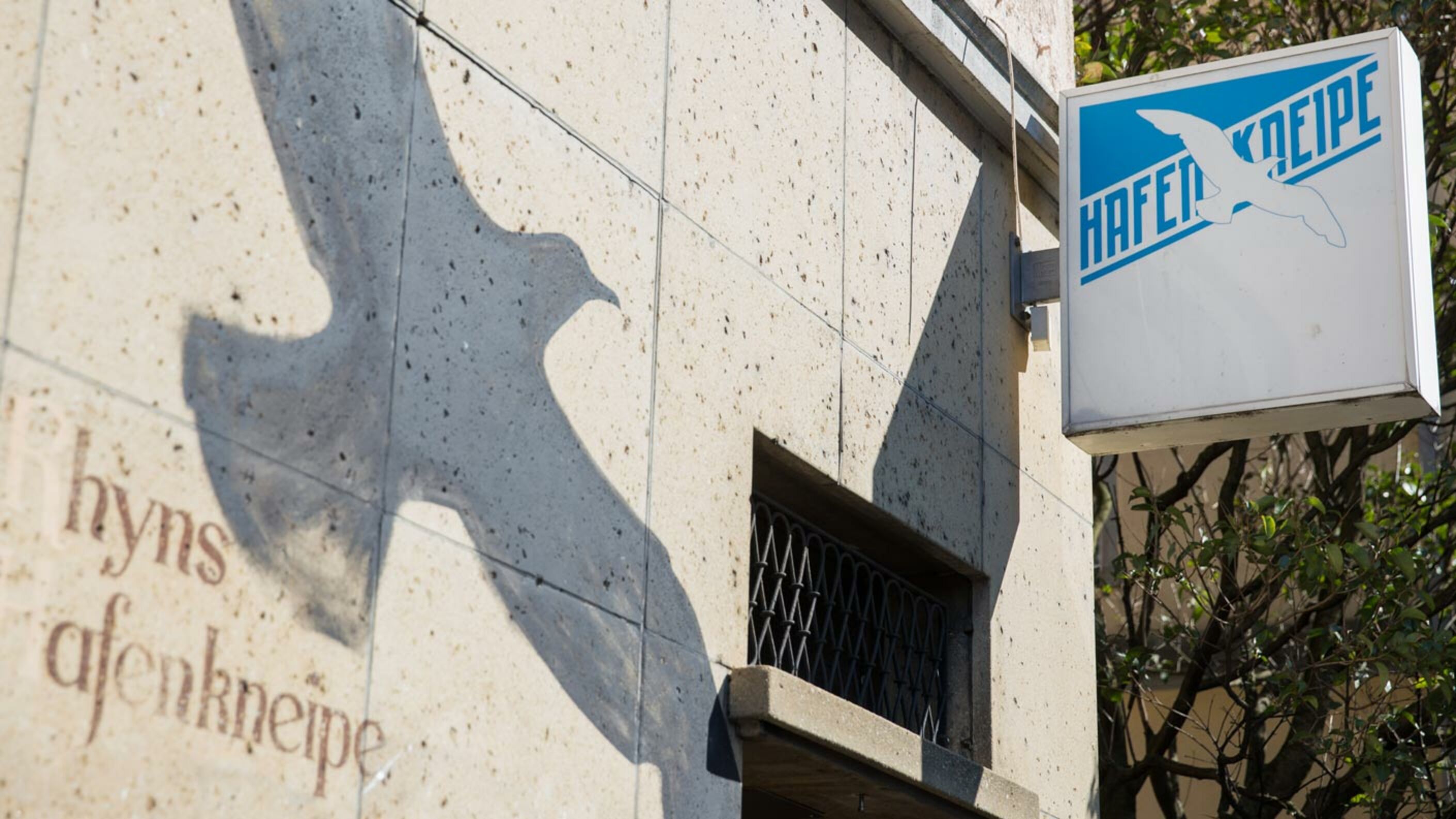 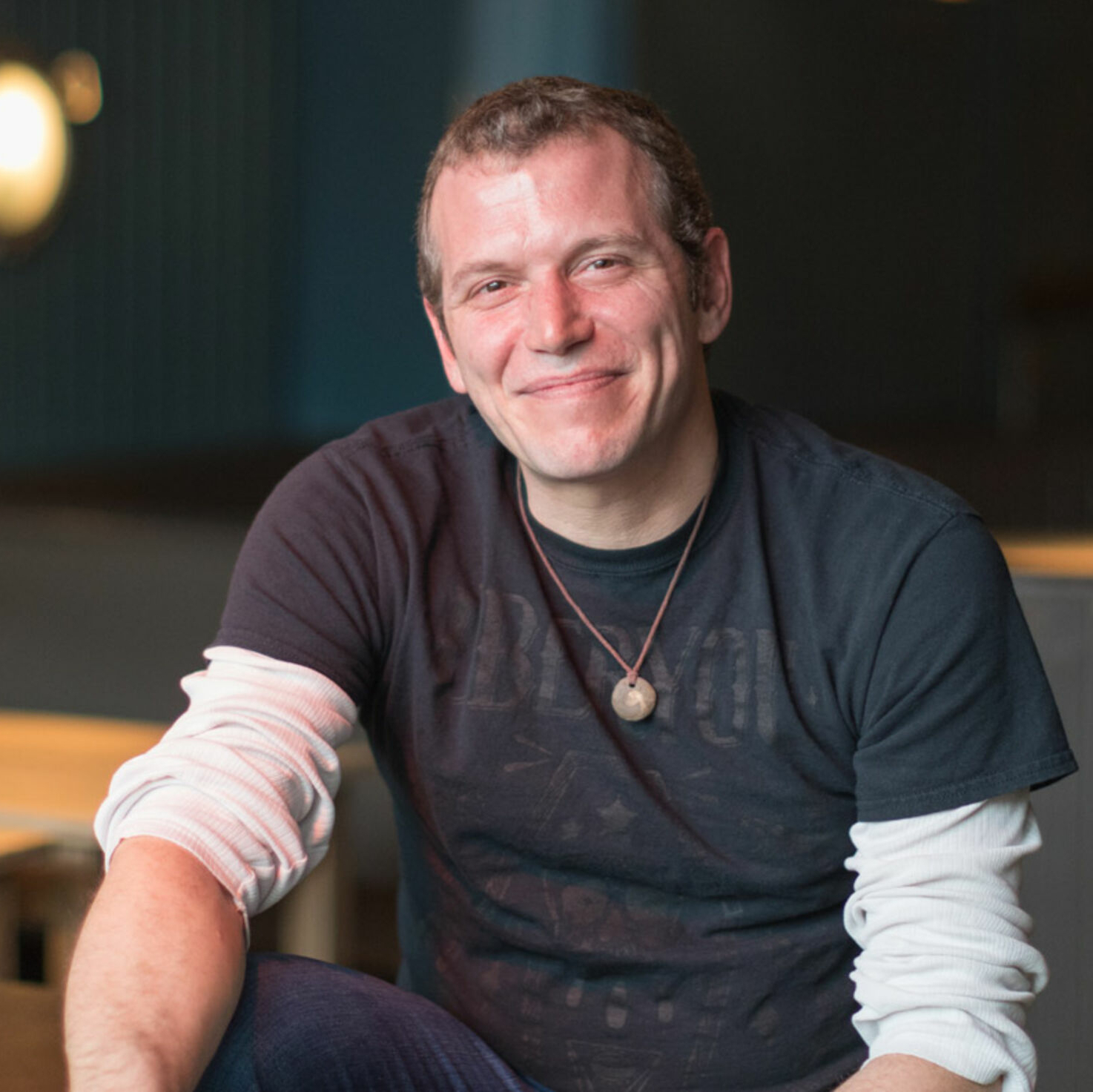 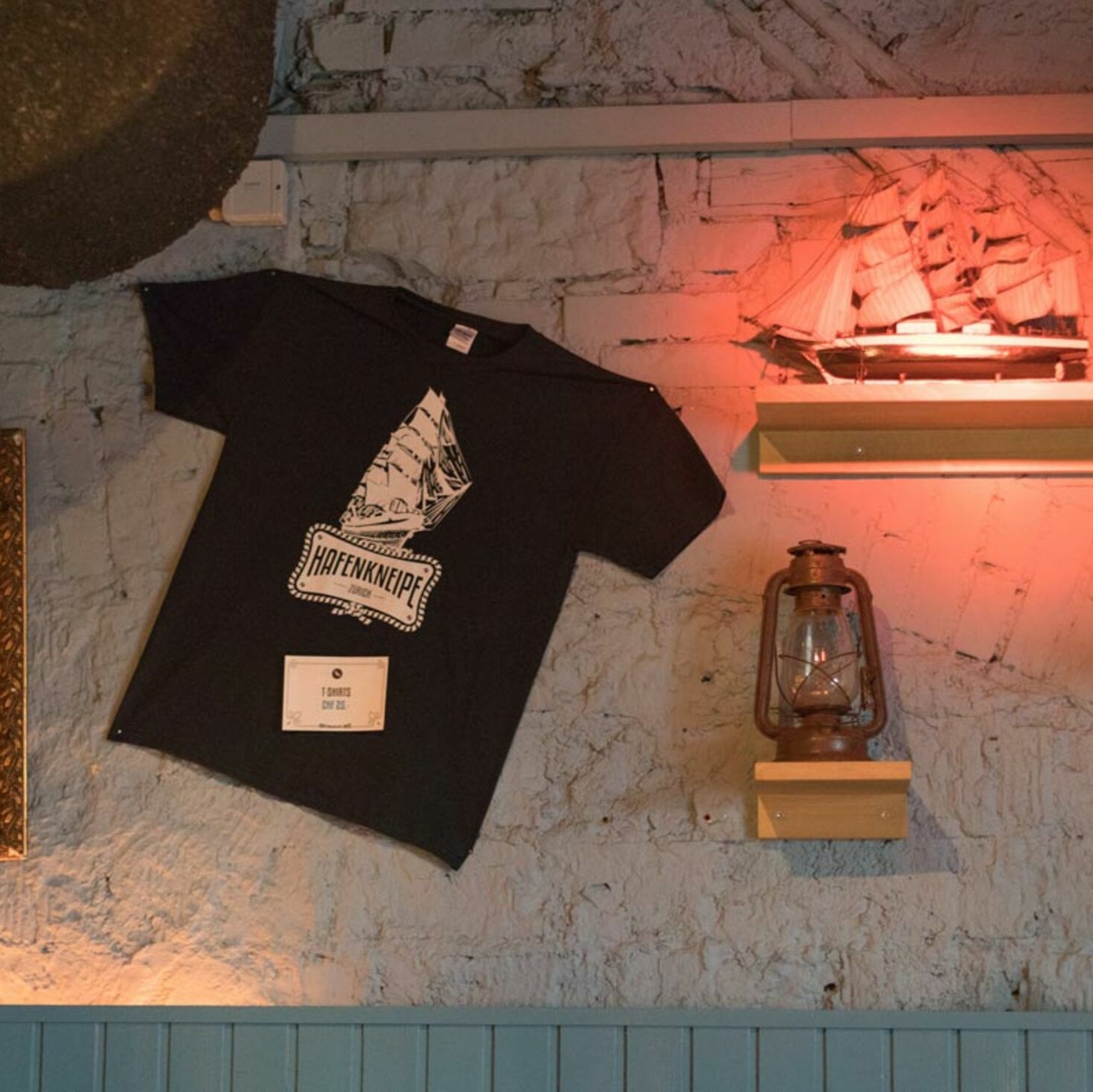 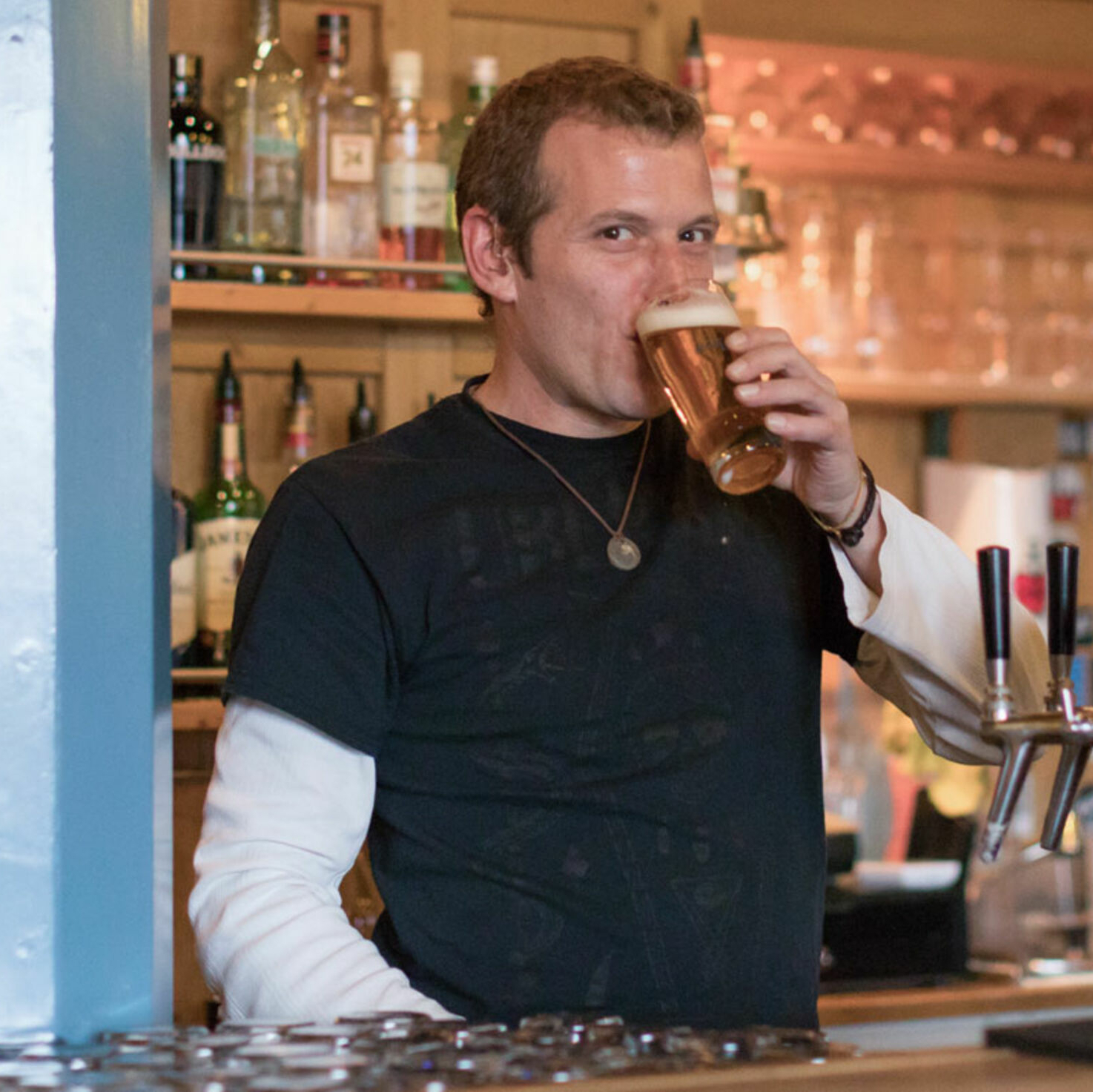 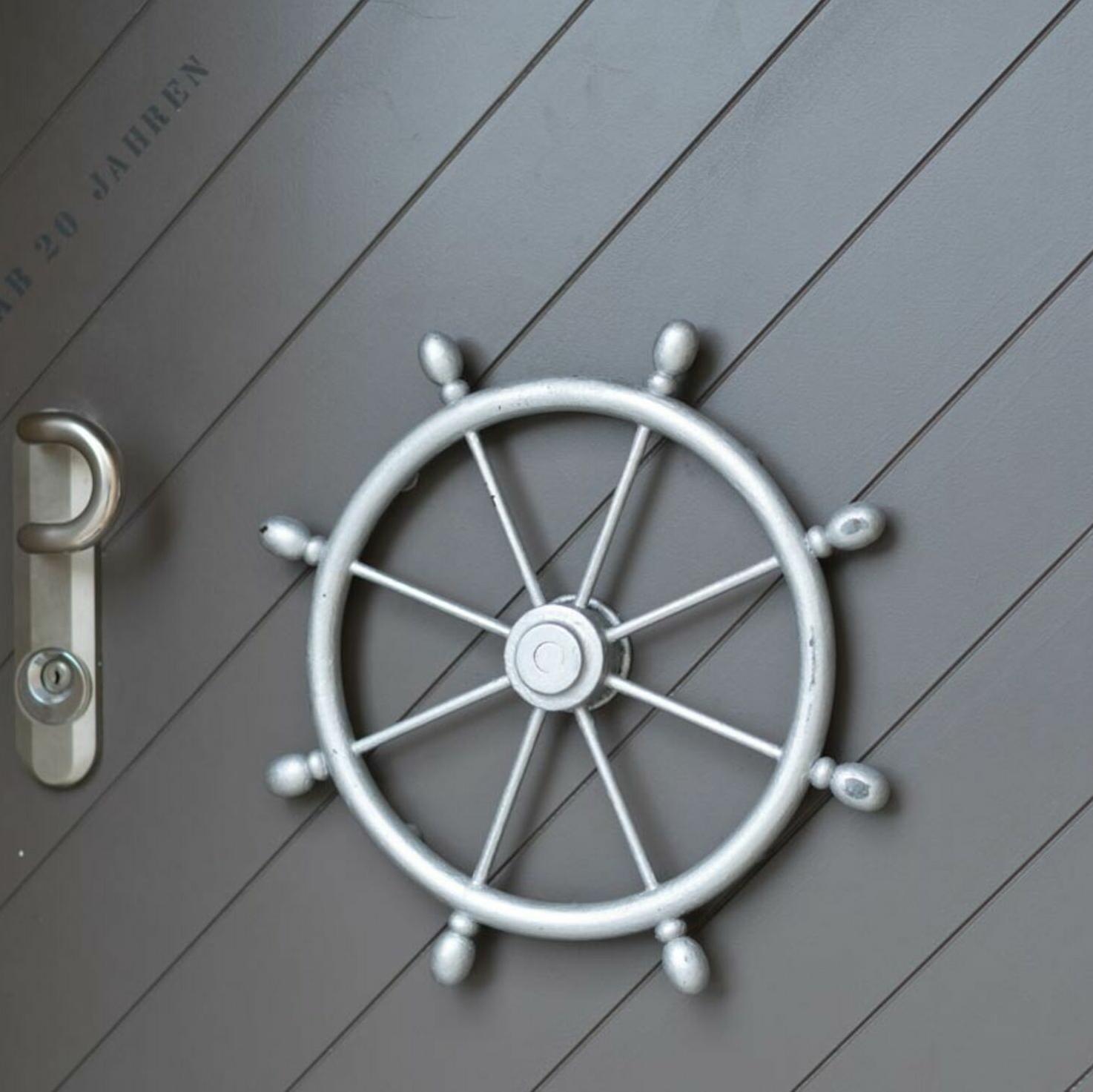 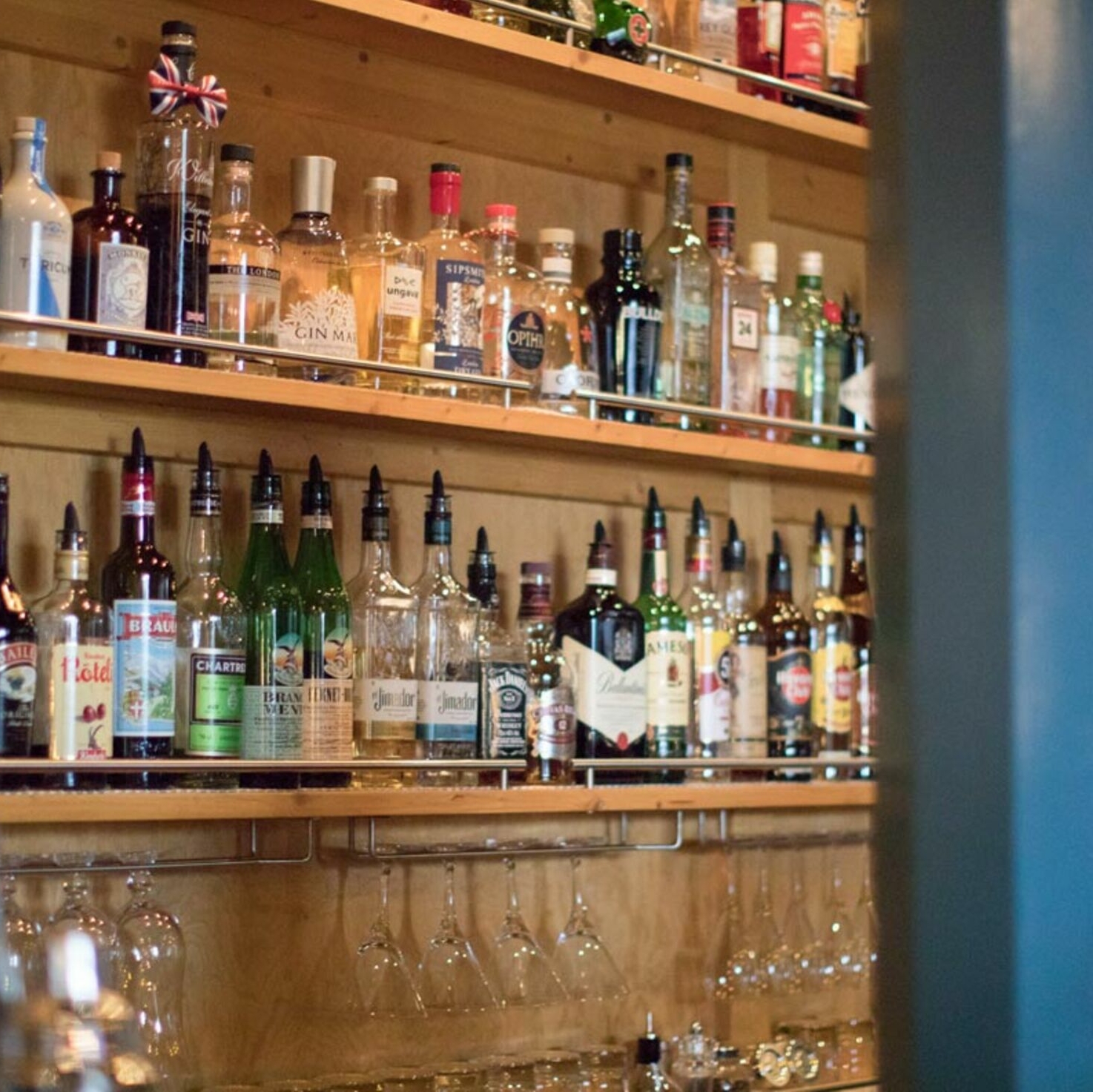 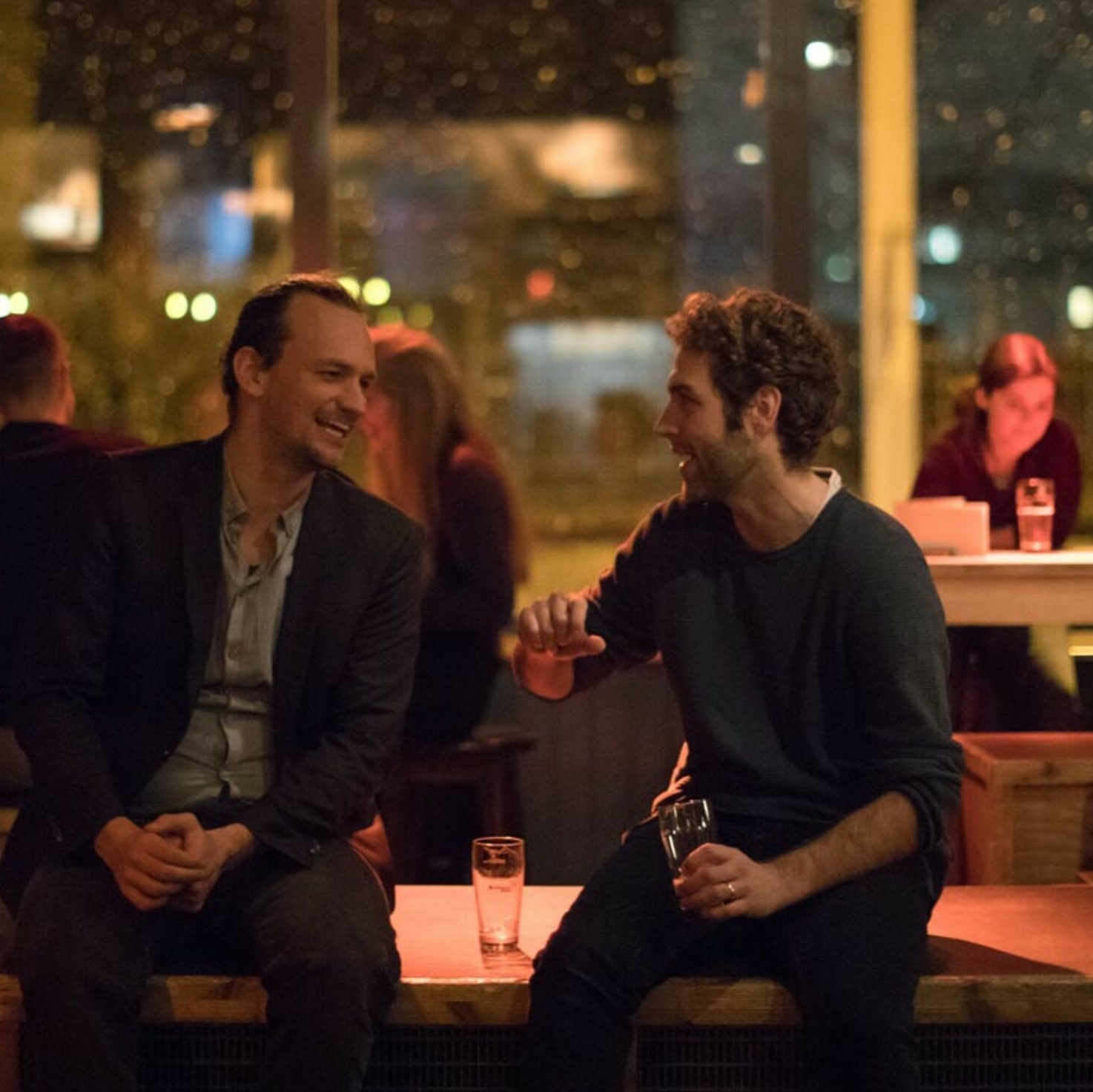 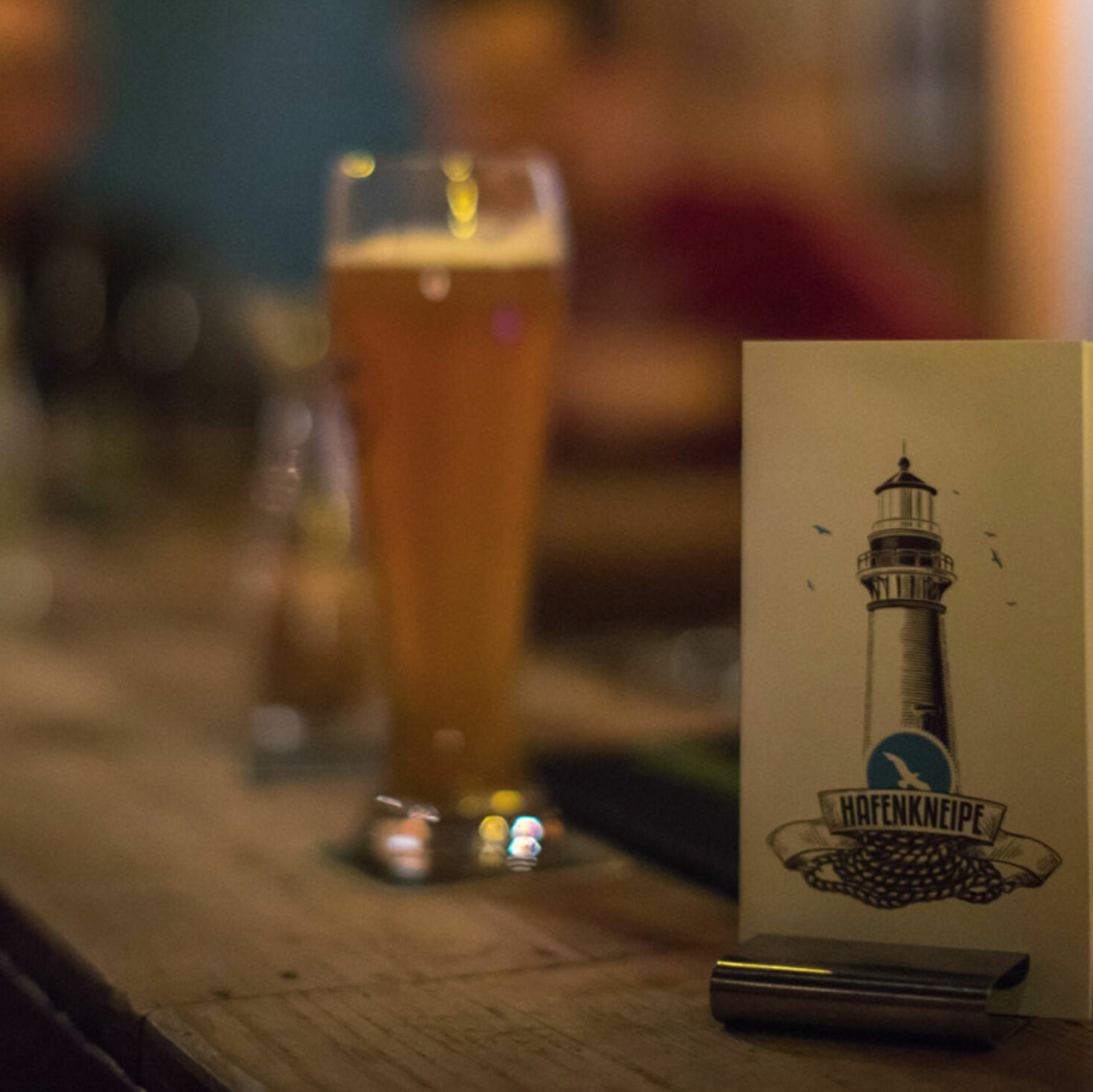 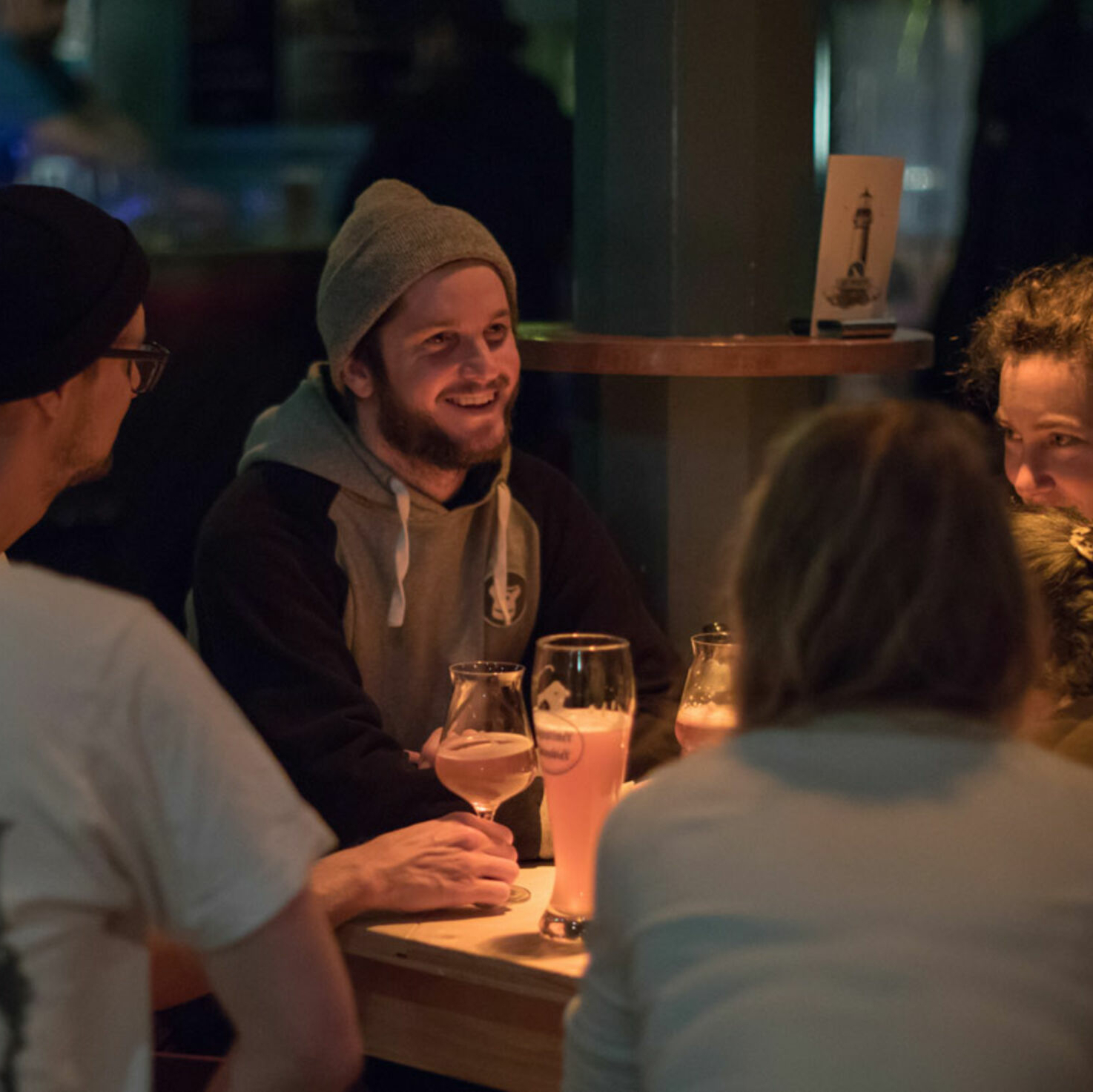 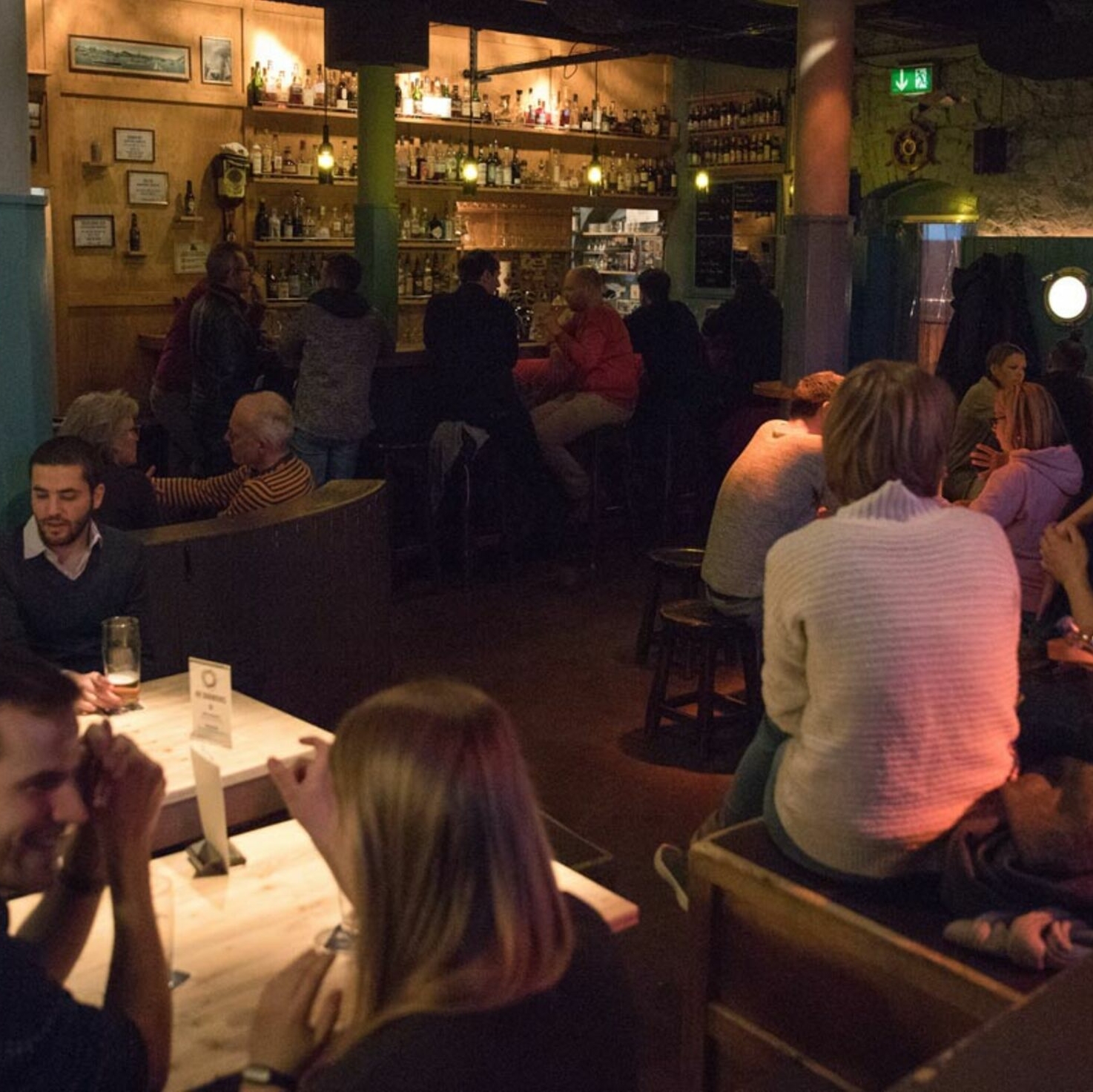 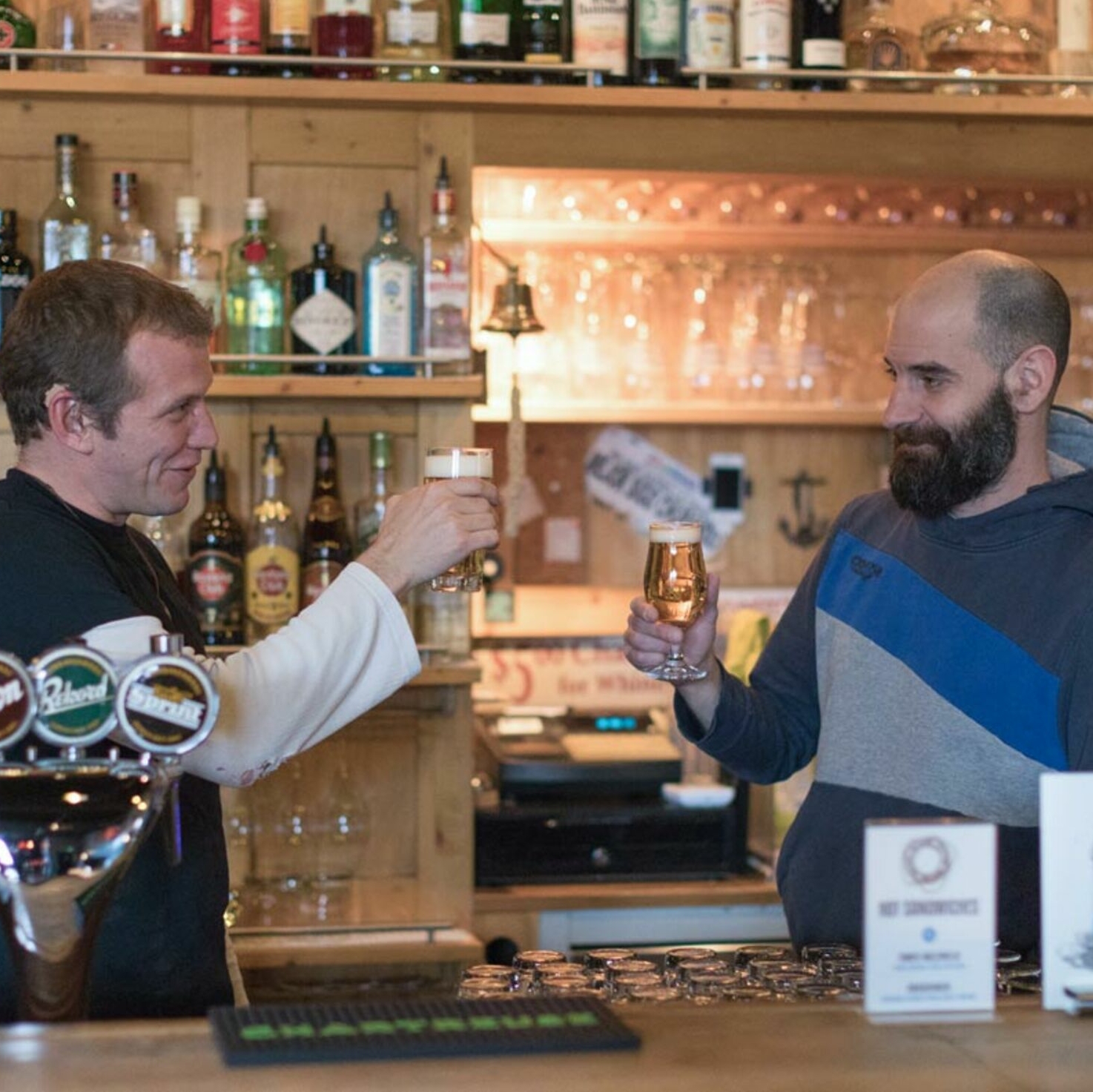 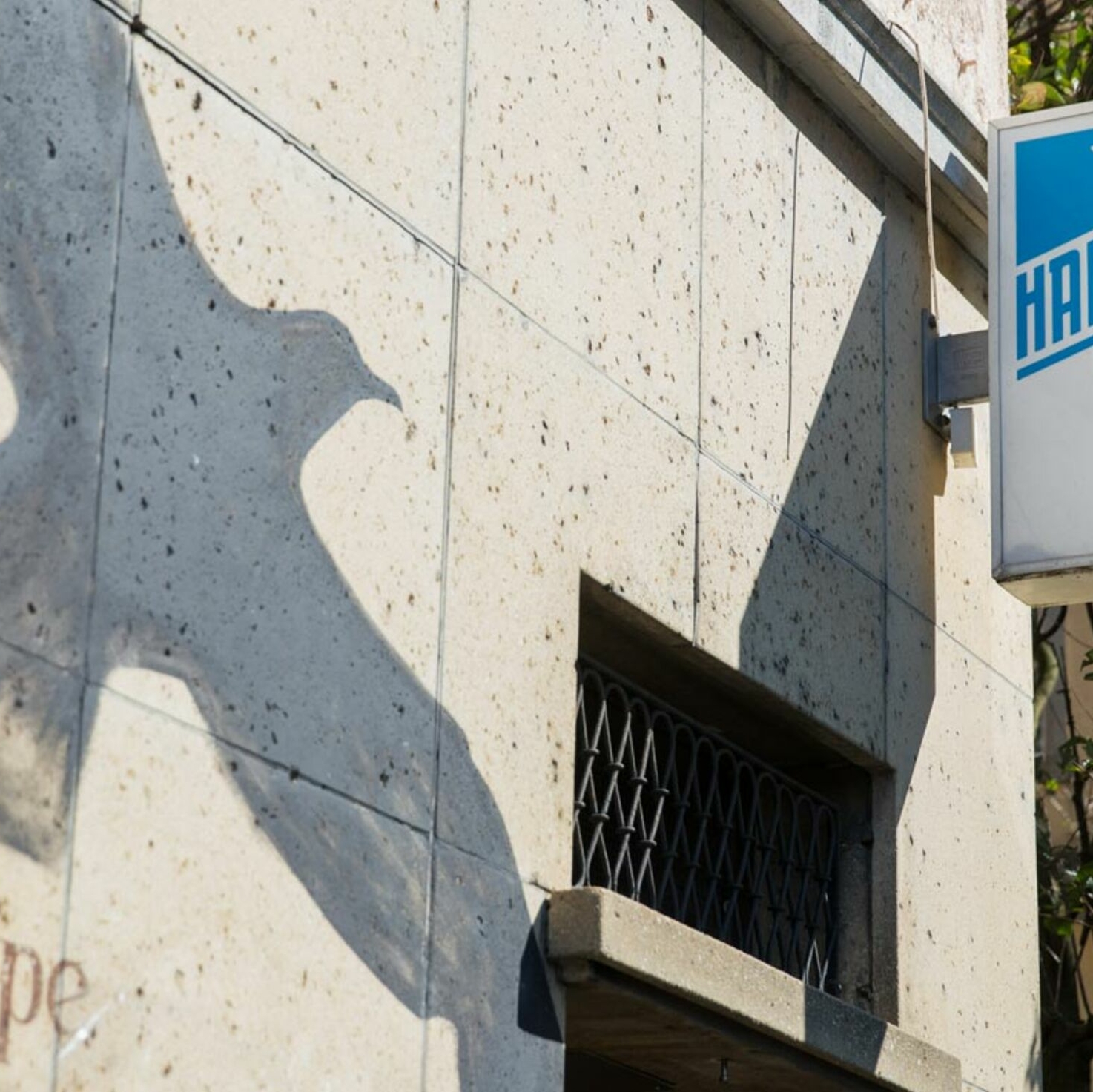 Roger Hafner runs the Hafenkneipe, where businessmen and punks get together over a beer or two.

Roger Hafner, who trained as a chemistry lab technician, used to take temporary jobs in bars to finance his travels. Then he realised that he could just run one himself instead. More than 10 years ago, he seized the opportunity and opened the Hafenkneipe, located behind the main station, with five friends.

The early evening is chilly, and I’ve got my coat collar turned up as I enter Militärstrasse. I stop outside number twelve, where a huge black seagull adorns the façade. The doorknob is a ship’s wheel. Inside, it’s dimly lit and pleasantly warm.

I’m here to meet Roger Hafner, one of the Hafenkneipe’s two managers. He’s already waiting for me and greets me with a warm smile. There’s a table reserved for us off to one side. Roger is wearing a grey sweater, a striking silver earring and a wristful of knotted bracelets.

He opened the Hafenkneipe, whose name means ‘harbour pub’, with five friends in 2006 following a stint as the head barkeeper at the Abart music club (now closed). During the first year, he tells me, he was working up to 70 hours a week, usually behind the bar. Things are a bit calmer now: ‘But it can still be 55 or 60 hours a week.’ If you love your job, you don’t need much time off, he says. Roger Hafner likes to talk, and I like listening to him. Incidentally, he says, the Hafenkneipe is more of a winter bar; things quiet down in the summer.

During the first year, he tells me, he was working up to 70 hours a week.

The 41-year-old now has the freedom to take holidays again, and recently returned from a two-year trip around the world. He travelled by car with a friend, visiting Armenia, Iran, Mongolia, Nepal, Canada and Belize, and a whole host of other places. He loves other cultures and meeting new people: ‘I consider myself lucky that I can take such long trips despite being a manager.’ That's only possible with business partners and employees who you can trust implicitly – and that’s exactly what Roger has. Most of them have been working with him for years and have become good friends in the meantime.

Roger, who trained as a chemistry lab technician, used to take side jobs in the catering industry to finance his travels. Eventually, he turned the sideline into a career. But the Hafenkneipe is far from his only project. He also founded Eldorado, a bar that sells over a hundred types of beer, with friends, and has a hand in a burrito takeaway.

Next, I ask Roger about the maritime décor. I’d imagined that the friends were fascinated by sailors’ adventures, but that turns out not to have been the case at all. The pub used to be called ‘Hafenkneipe’ back when Roger attended the nearby vocational college and went there for lunch. Rösti was one of the house specialities, he recalls. After that, a techno club opened on the site. ‘A real dive, open 23 hours a day.’ Then came Roger. Why not ‘Hafenkneipe’ again? he asked himself.

And that’s how he ended up with plastic seagulls hanging from the ceiling and a lifebelt and pictures of sailing boats decorating the walls. Bullseye lamps gleam dreamily from the smoky blue panelling. ‘We found those in the cellar,’ says Roger. ‘They’re from the old Hafenkneipe.’ The Hafenkneipe, he tells me, was intended as the little brother of the Abart. This includes playing host to concerts with a similar musical style, for those who've outgrown the Abart.

«The Hafenkneipe was intended as the little brother of the Abart.»

Roger leans back in his chair. It’s half past seven. All the tables are now full, and the patrons are deep in animated discussions. Rock music plays in the background. The Hafenkneipe has become Roger’s second home, like a safe harbour to return to after long journeys.

The Hafenkneipe attracts high praise online. I read him the latest comments: relaxed atmosphere, casual and easy-going. Roger smiles. It’s true, they’ve got a few things going for them. There’s the large selection of beer, gin, single malt and rum specialities, not to mention the concerts. ‘Everyone’s welcome, whether they come in a business suit or with a punk haircut. We’re a pub for everybody.’ That's another one of the things that makes the Hafenkneipe so special.