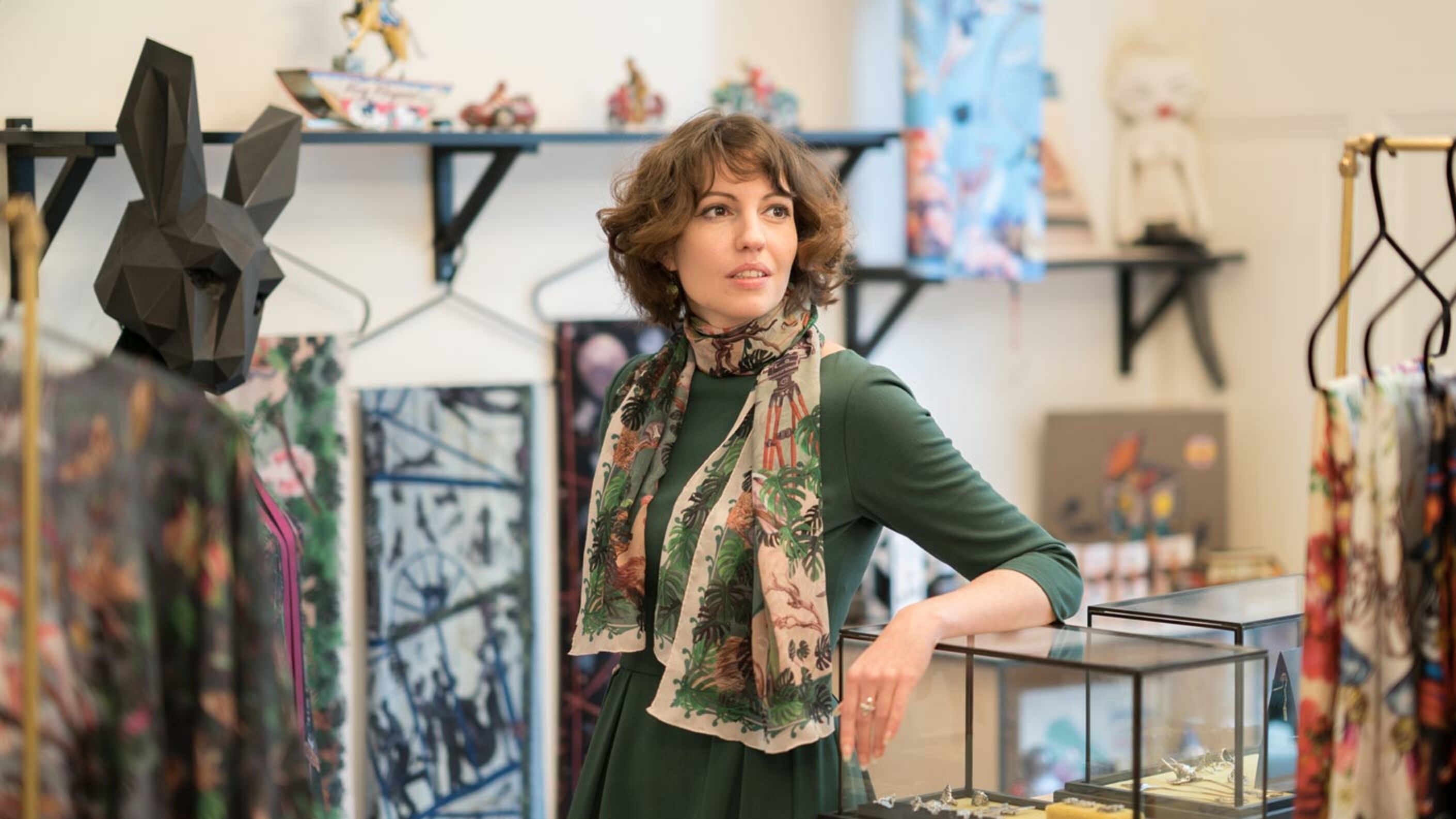 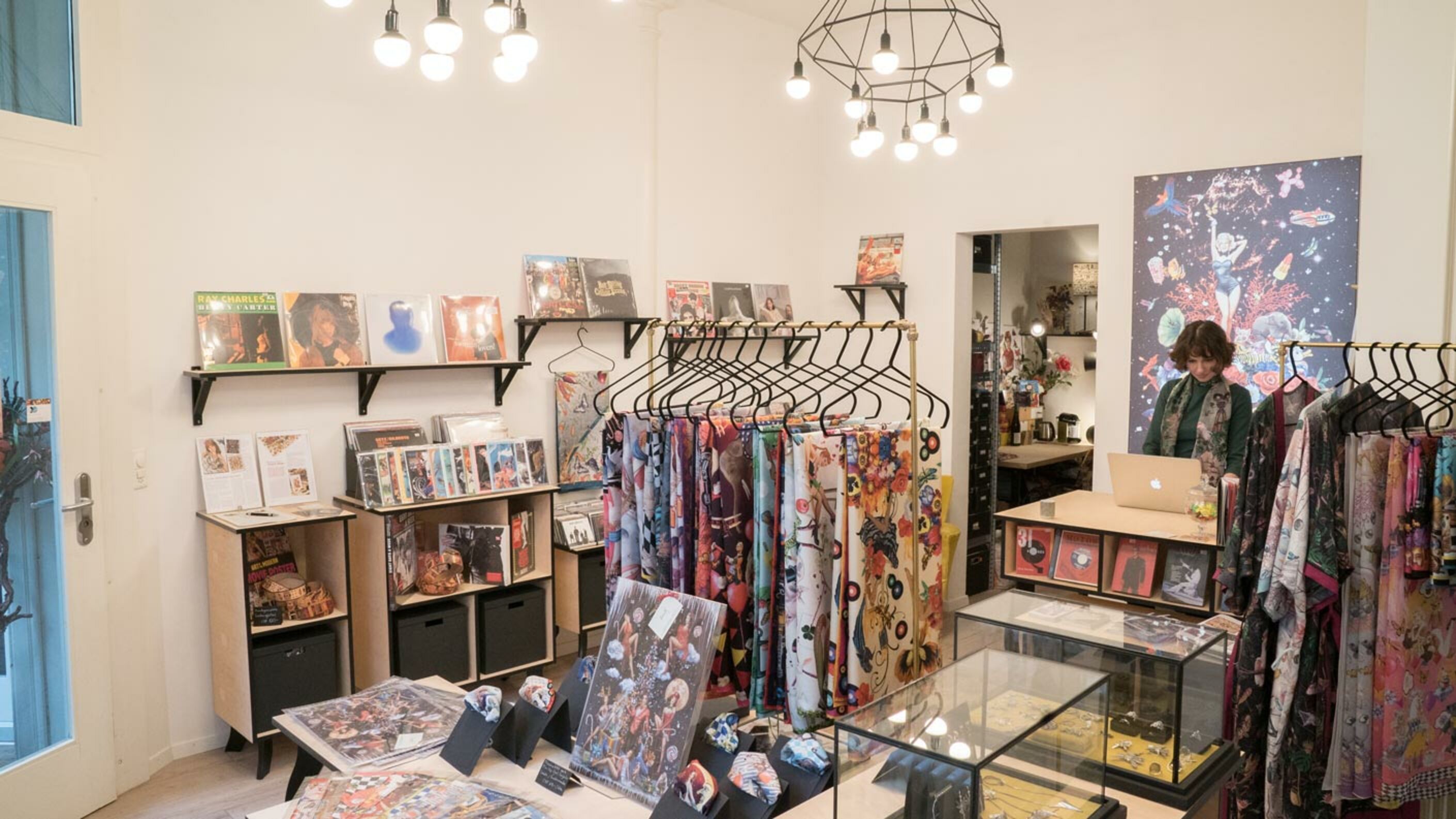 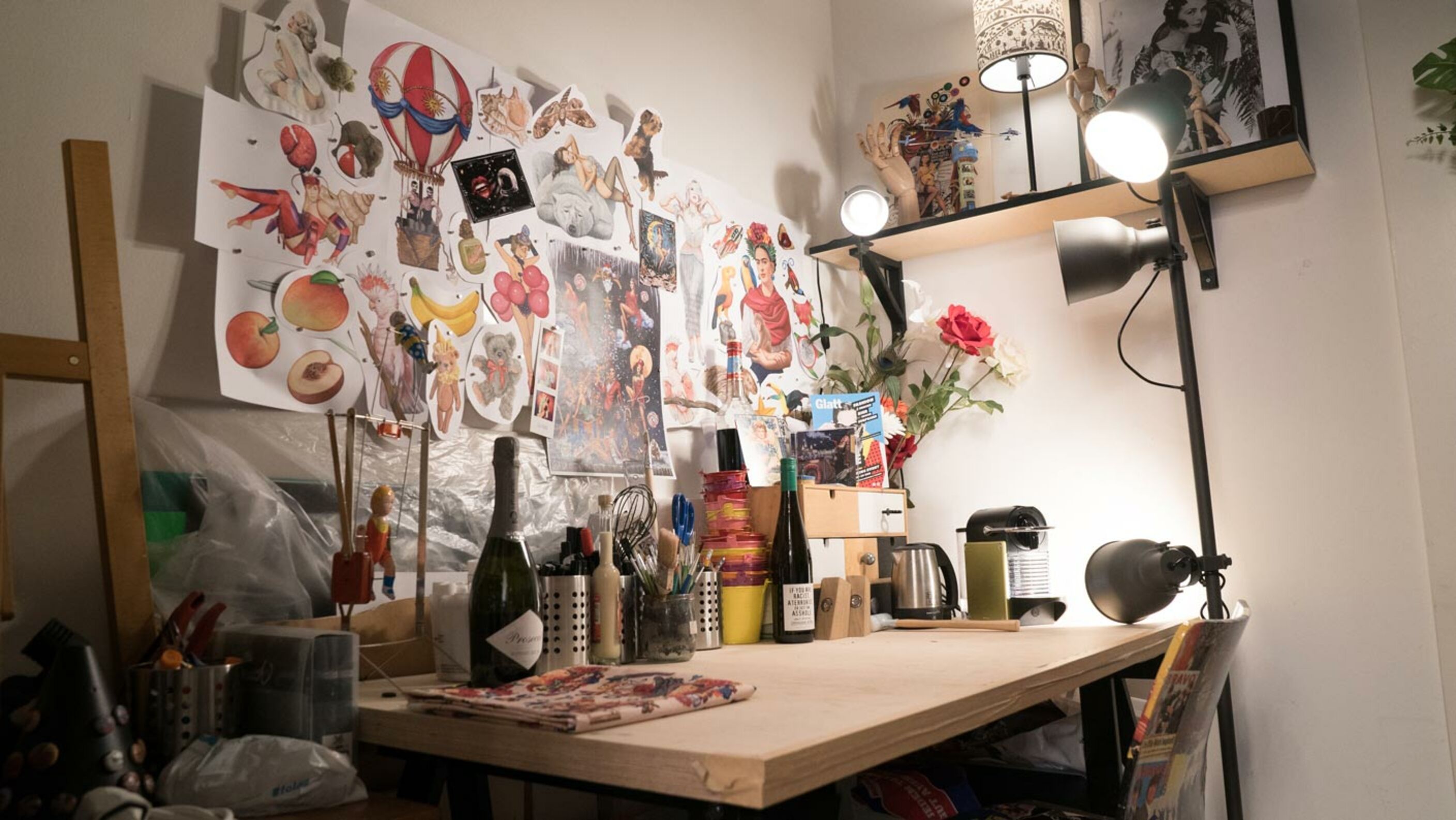 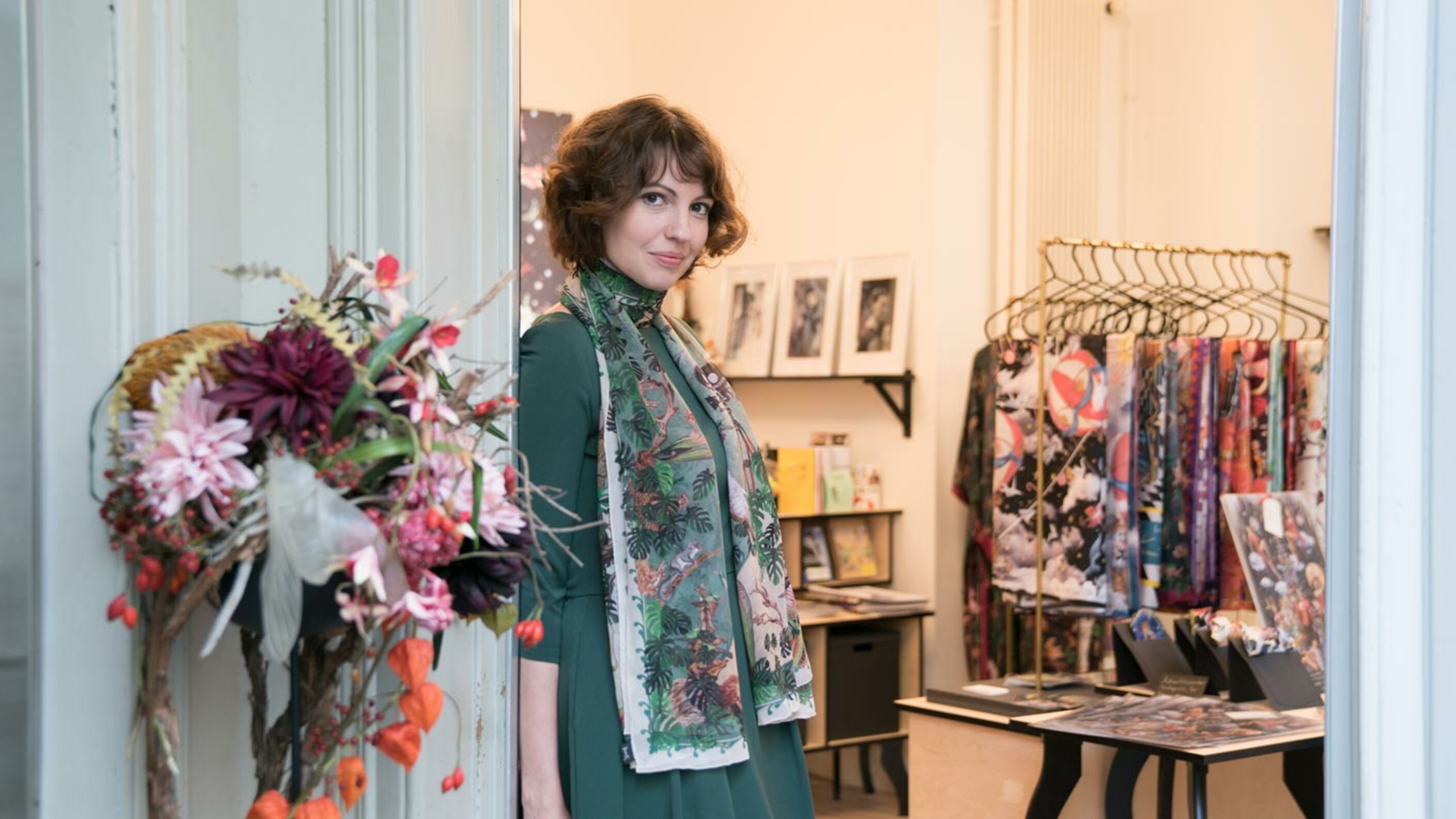 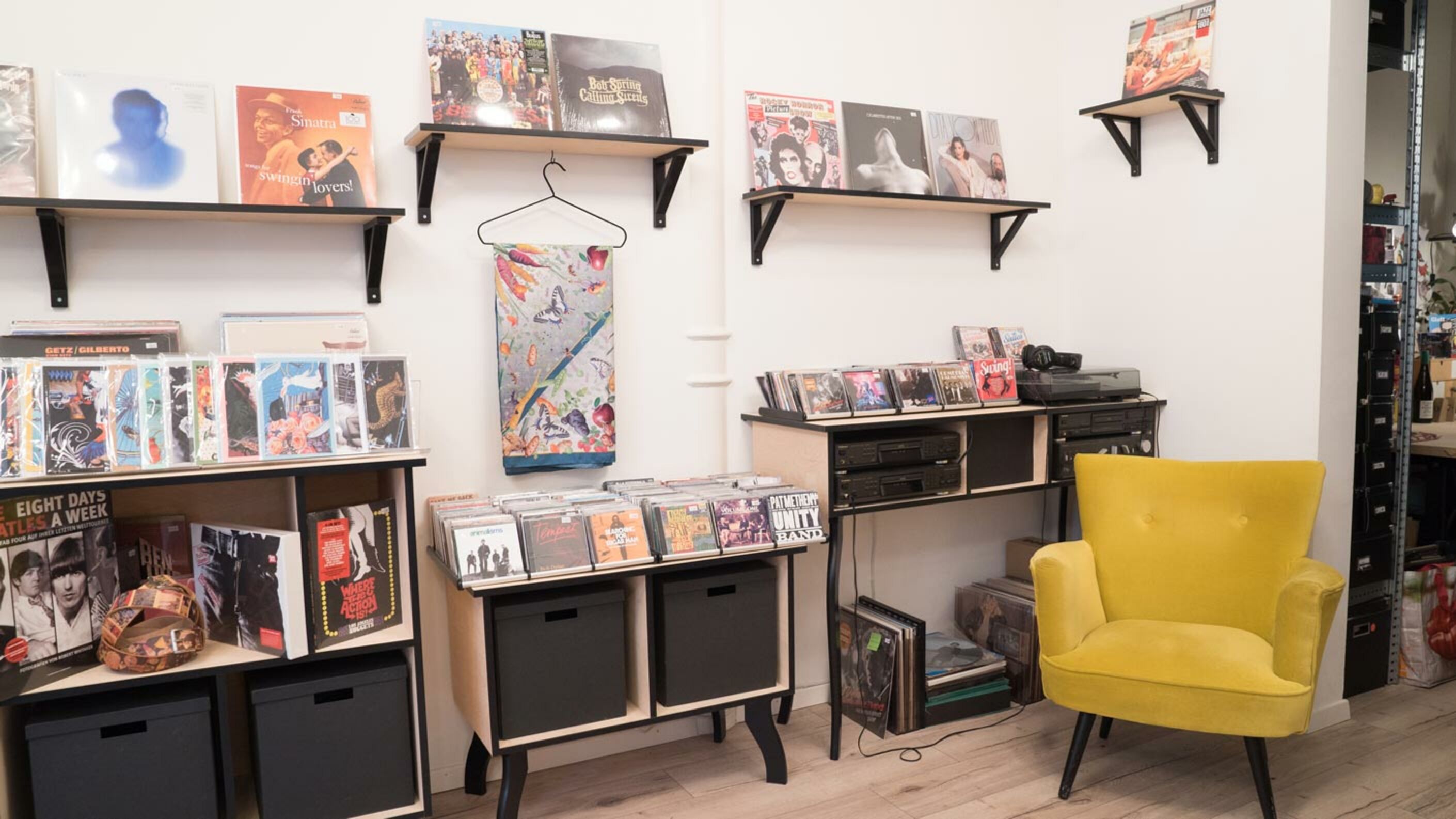 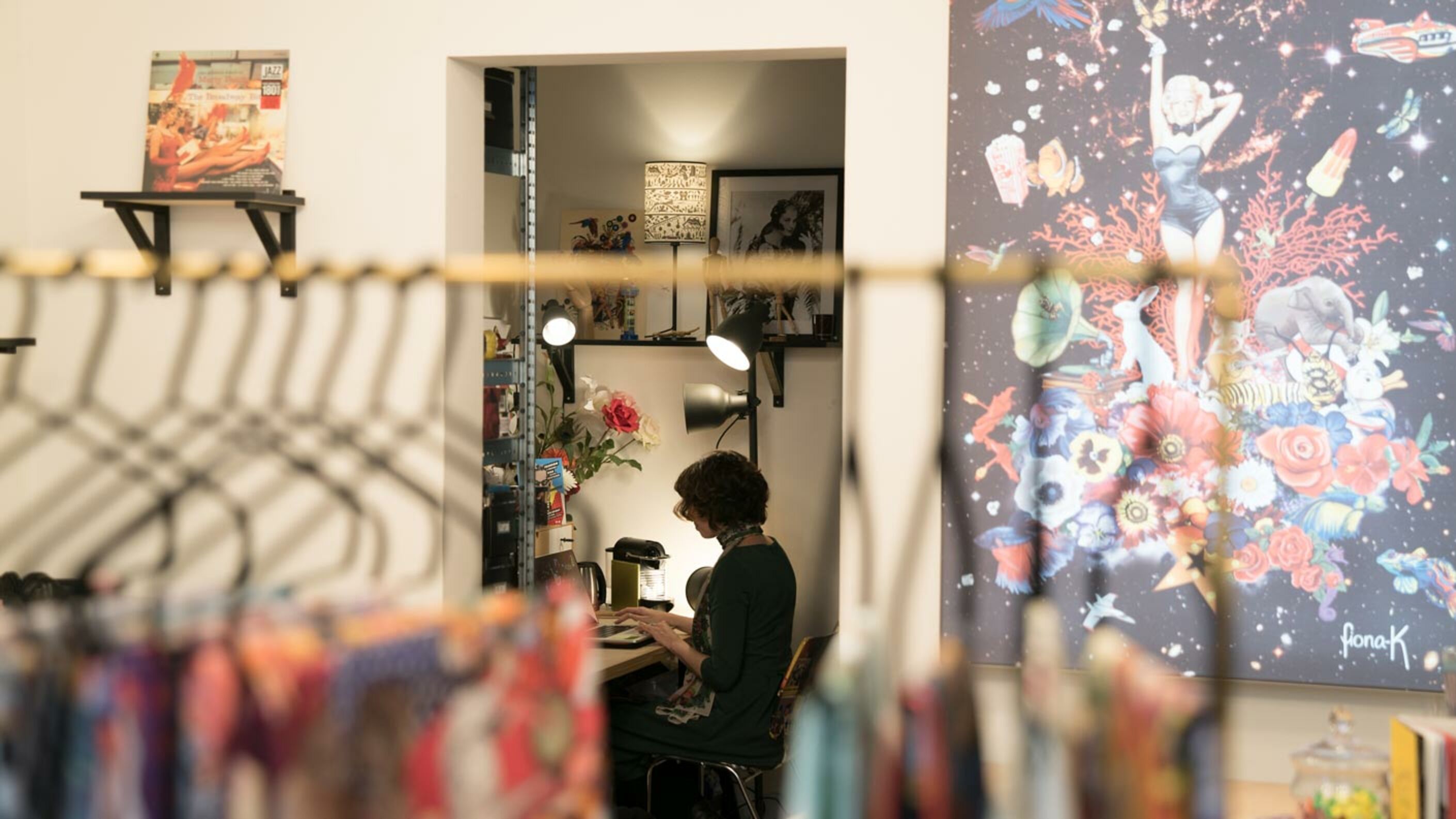 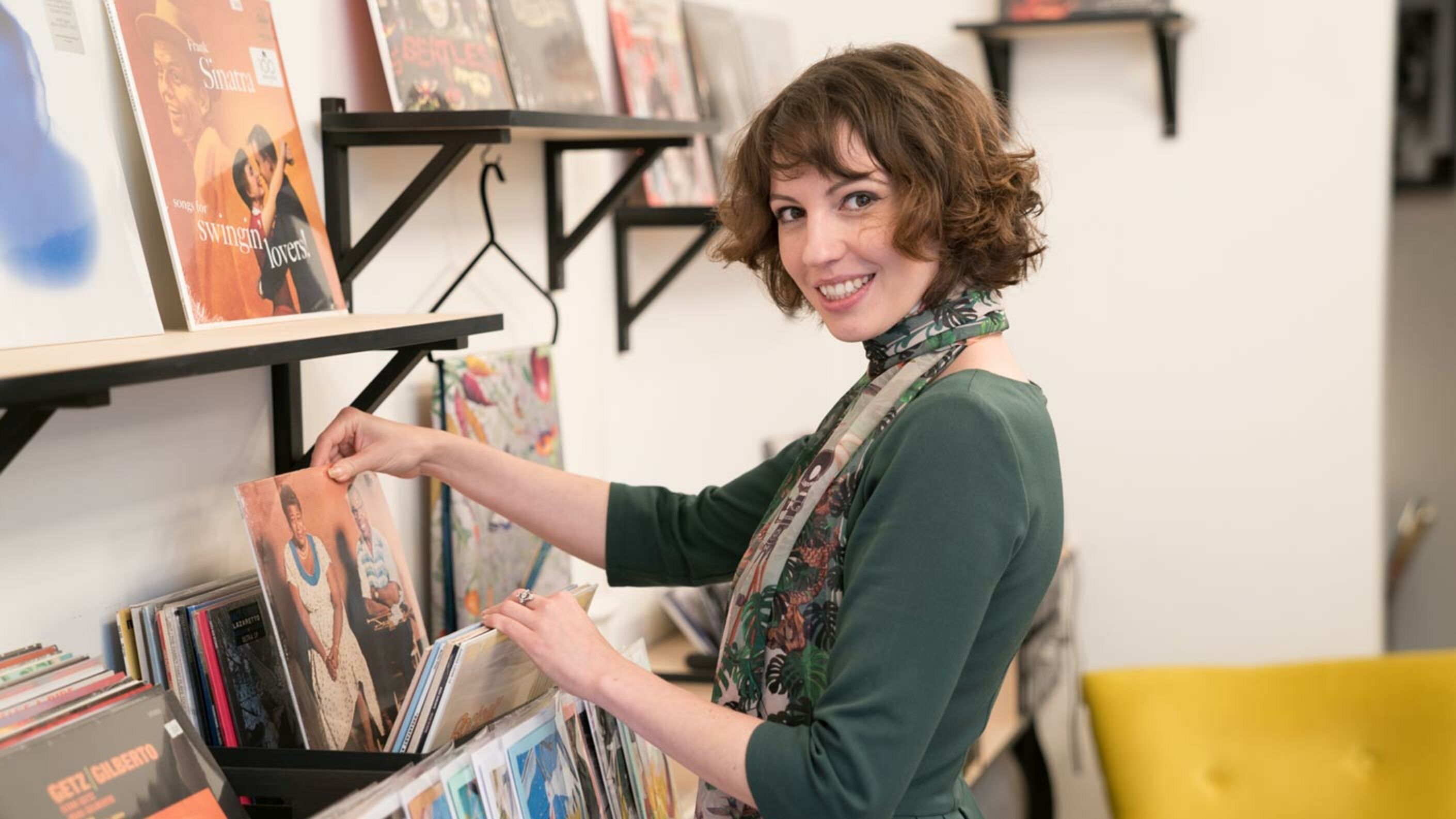 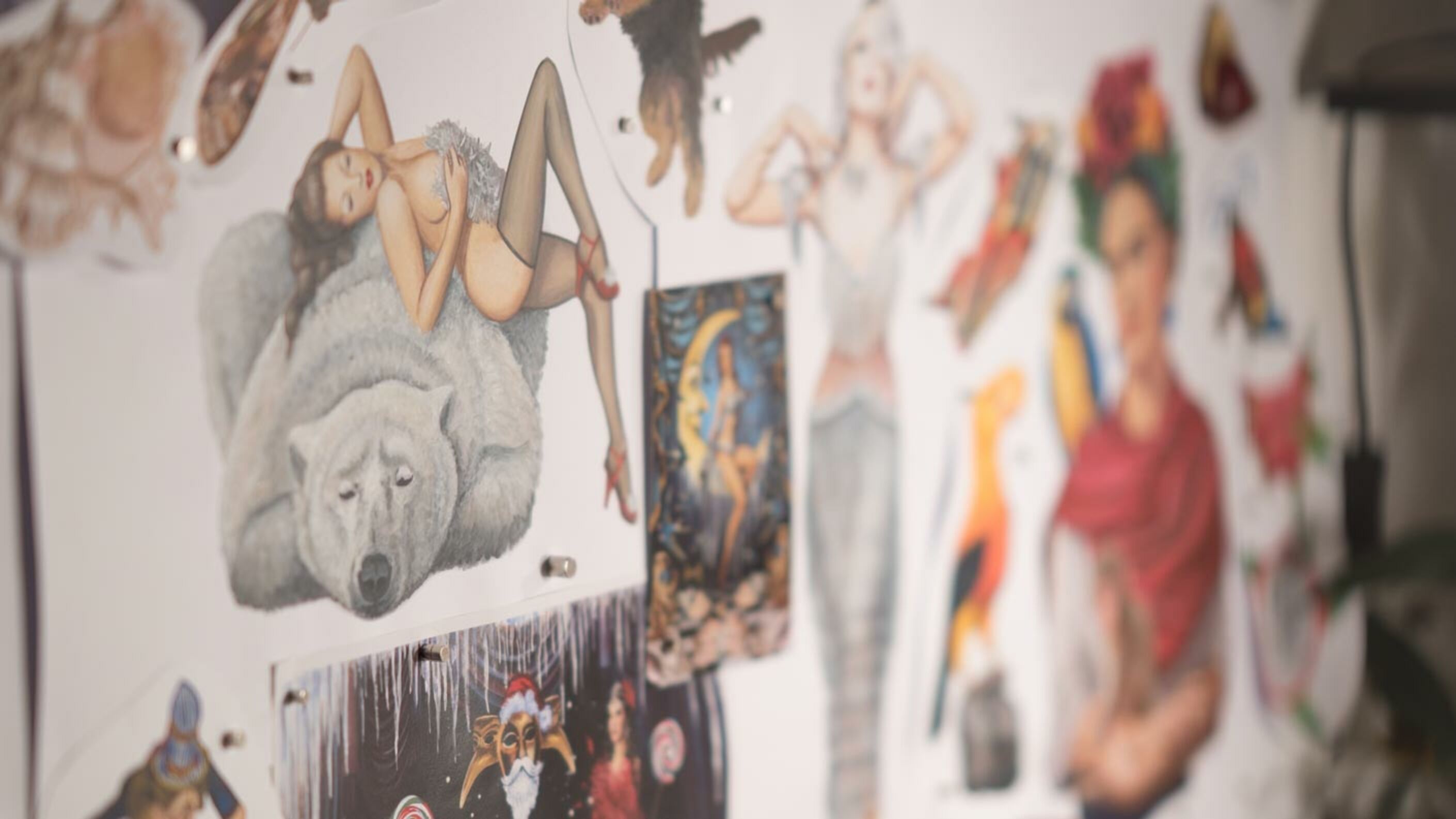 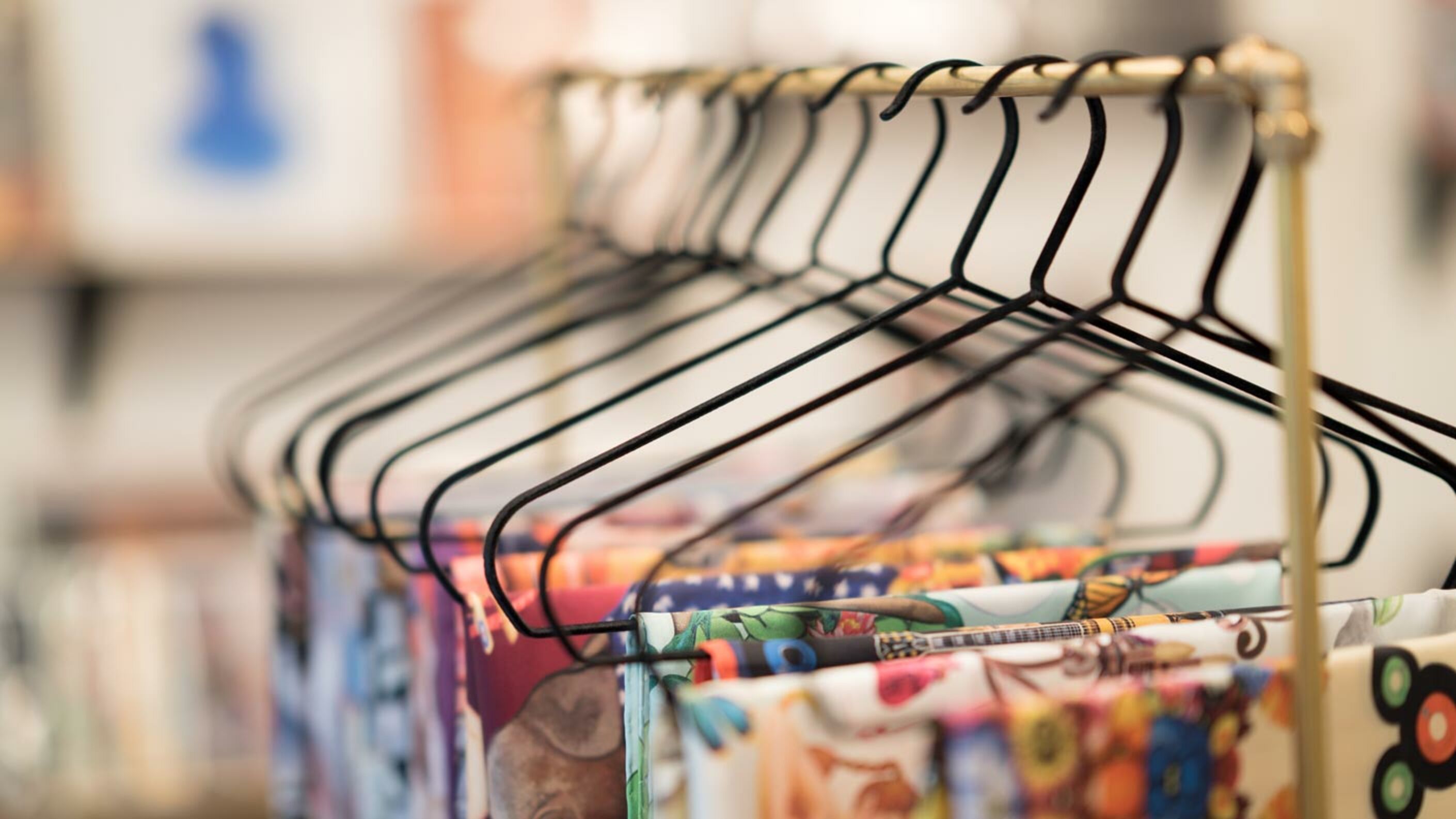 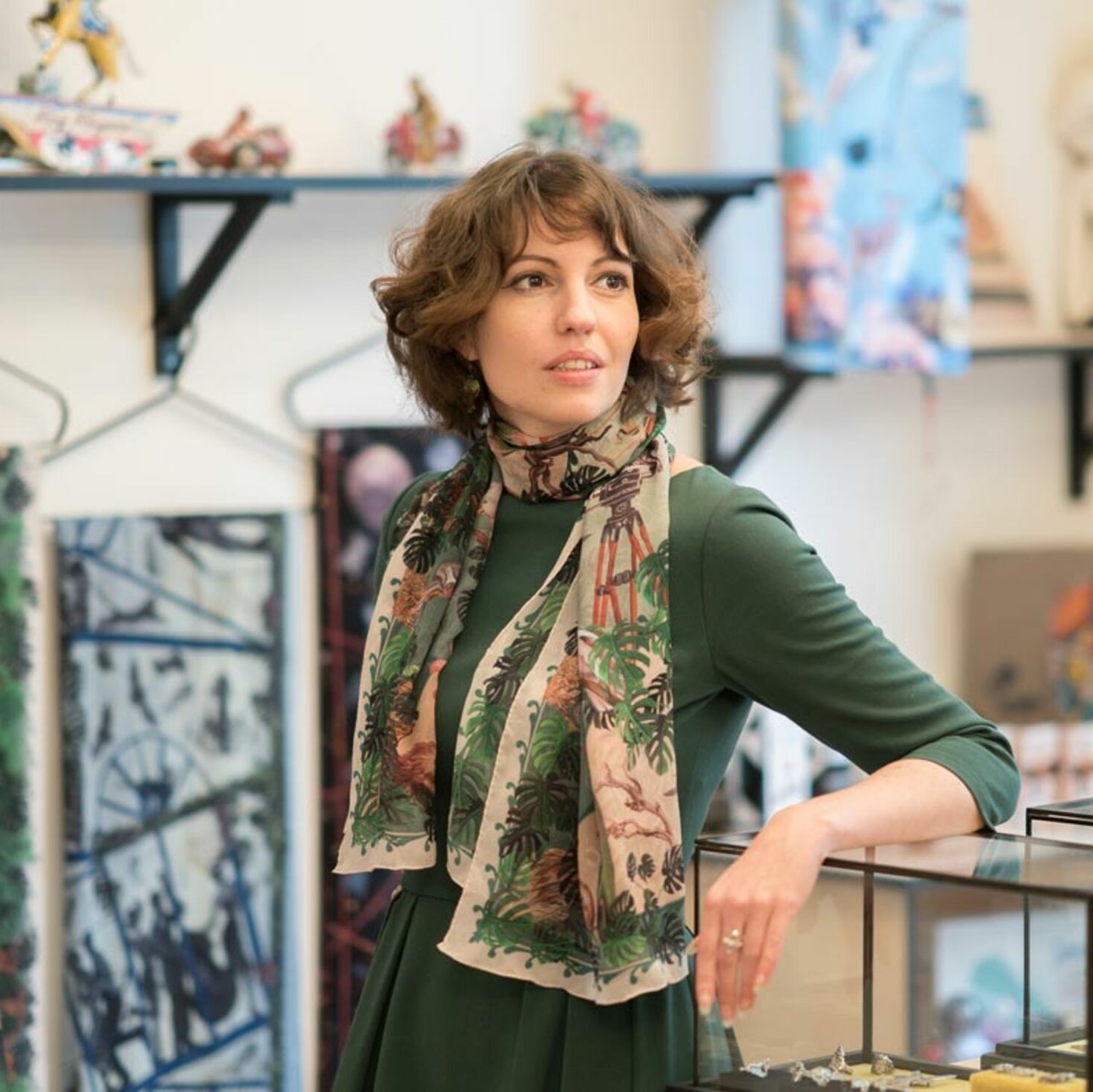 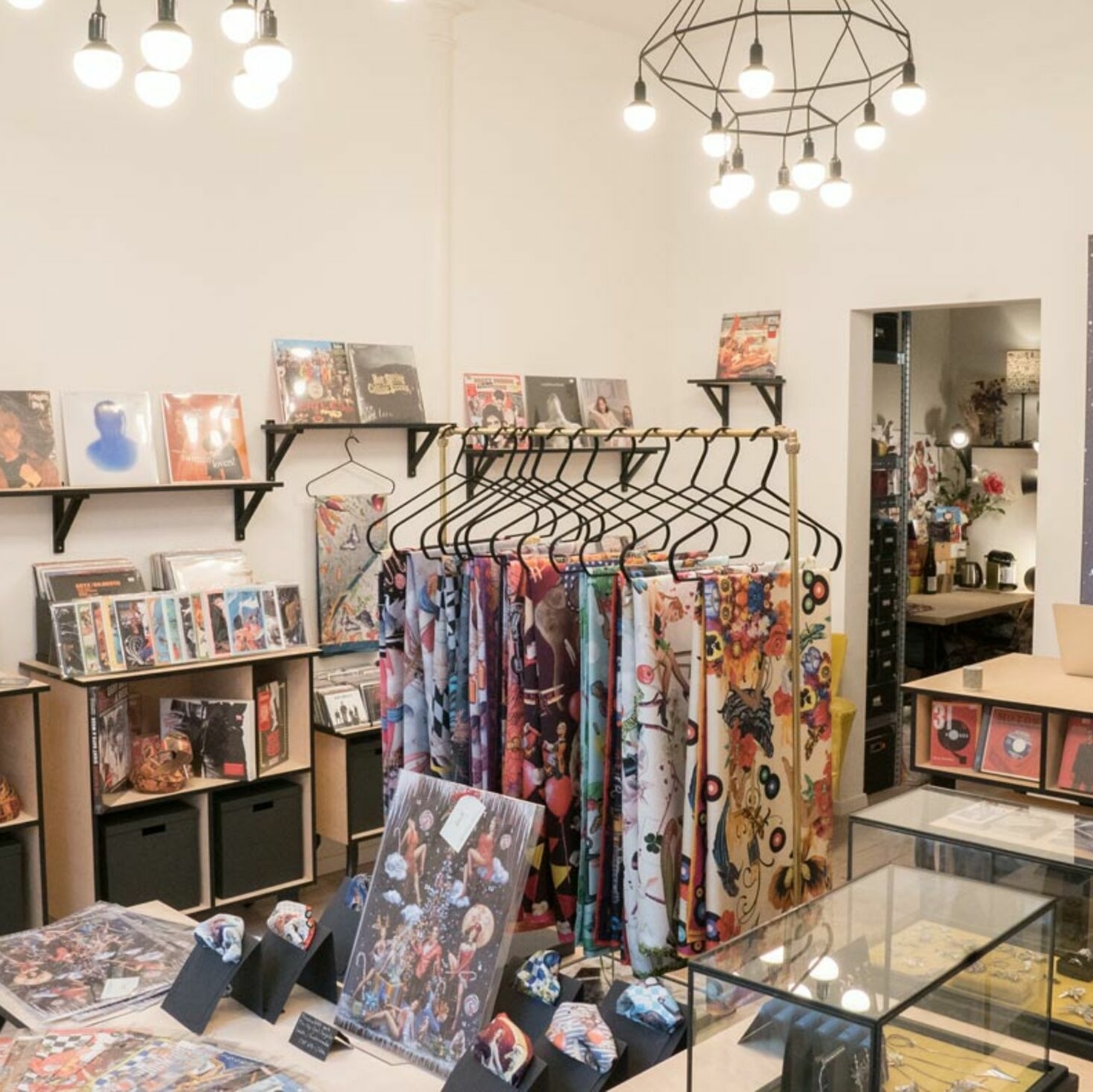 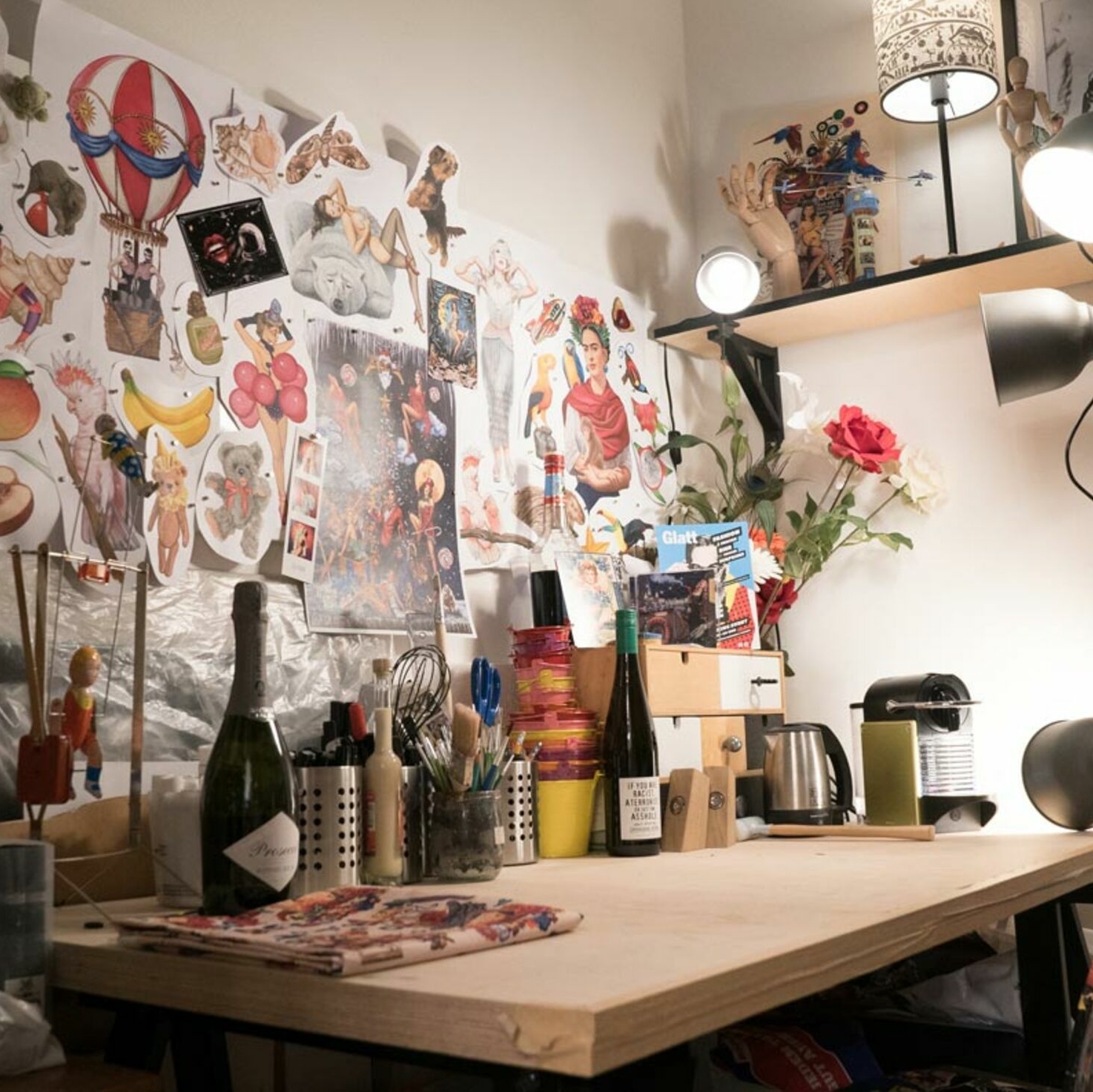 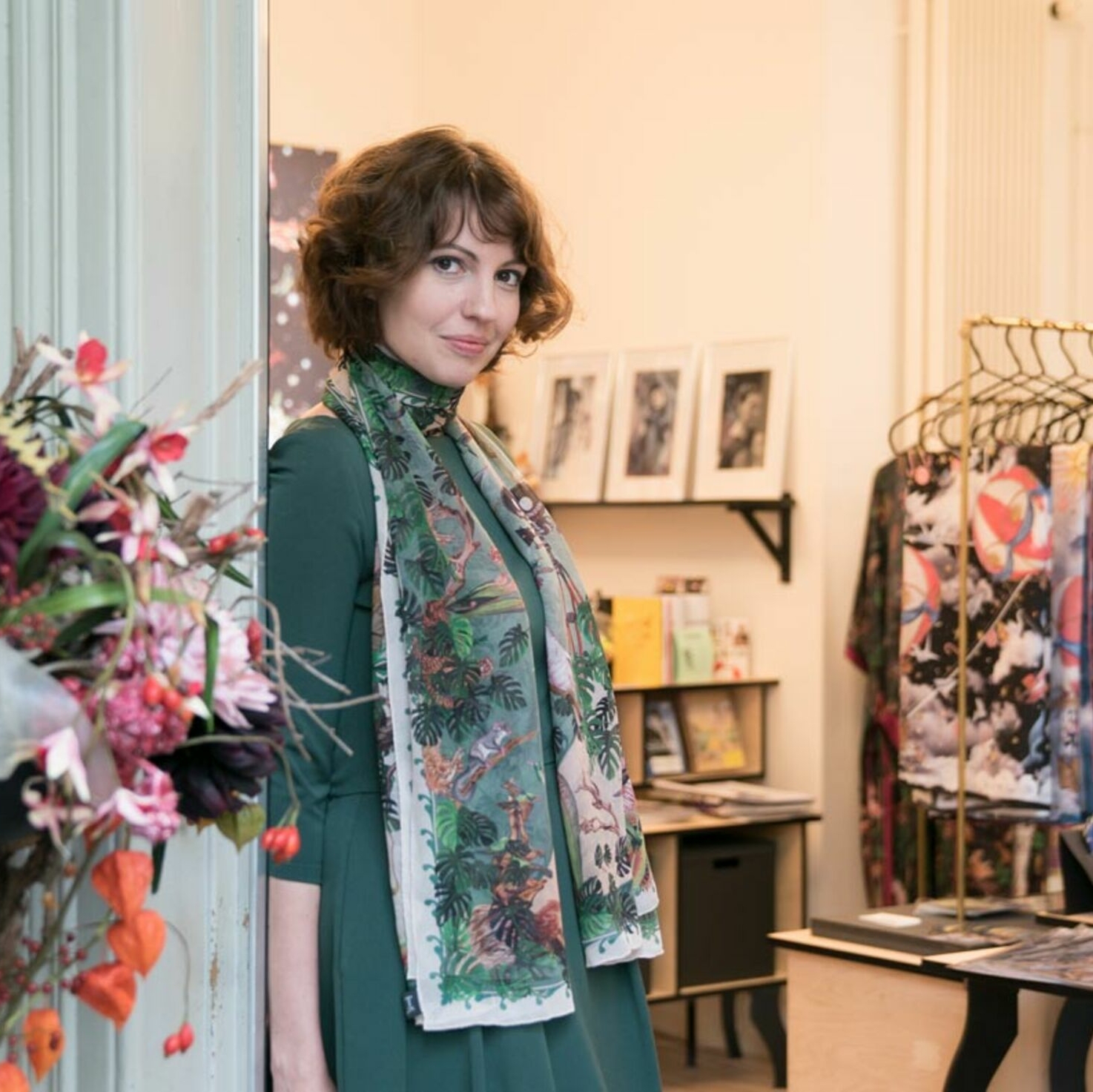 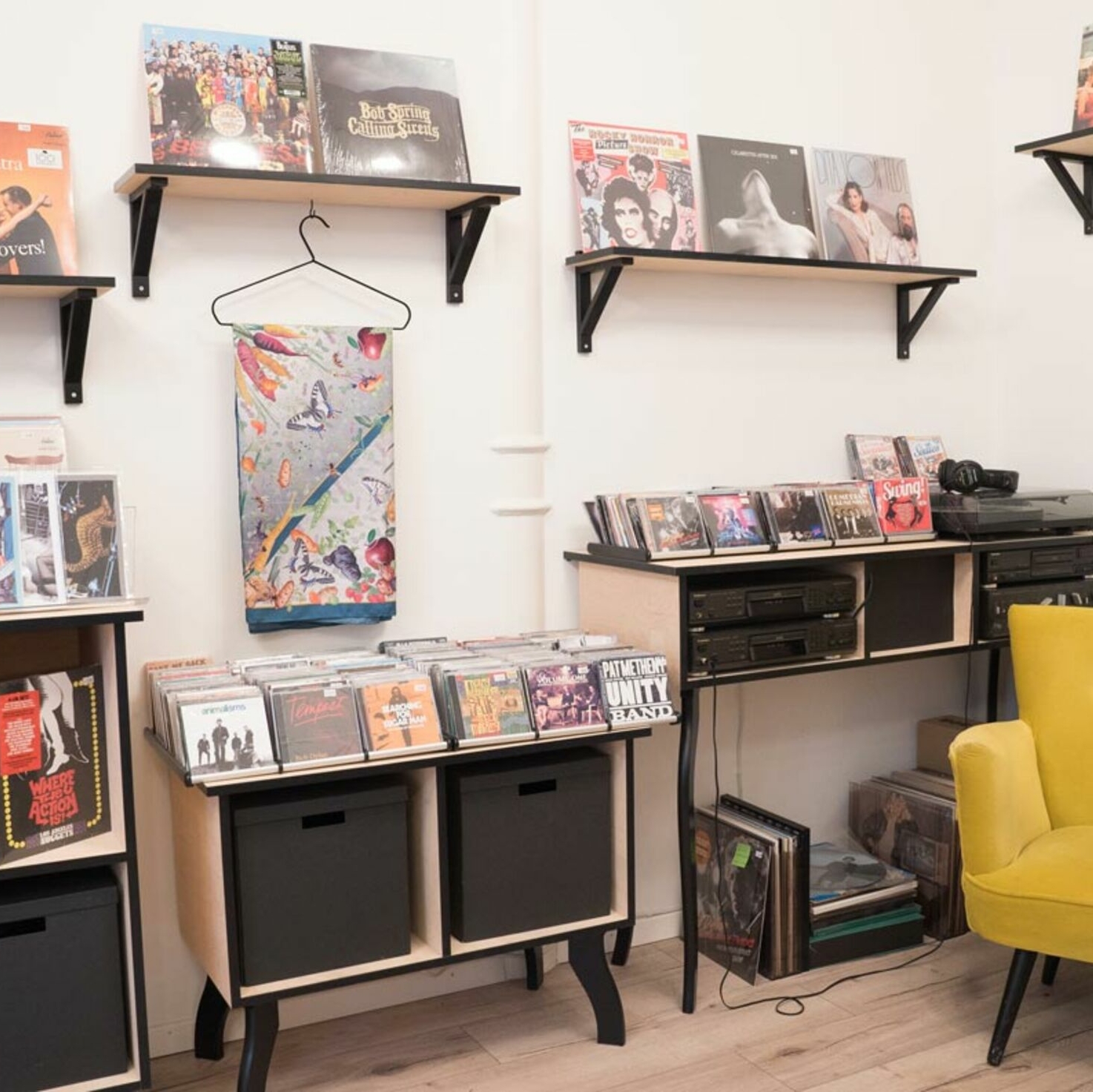 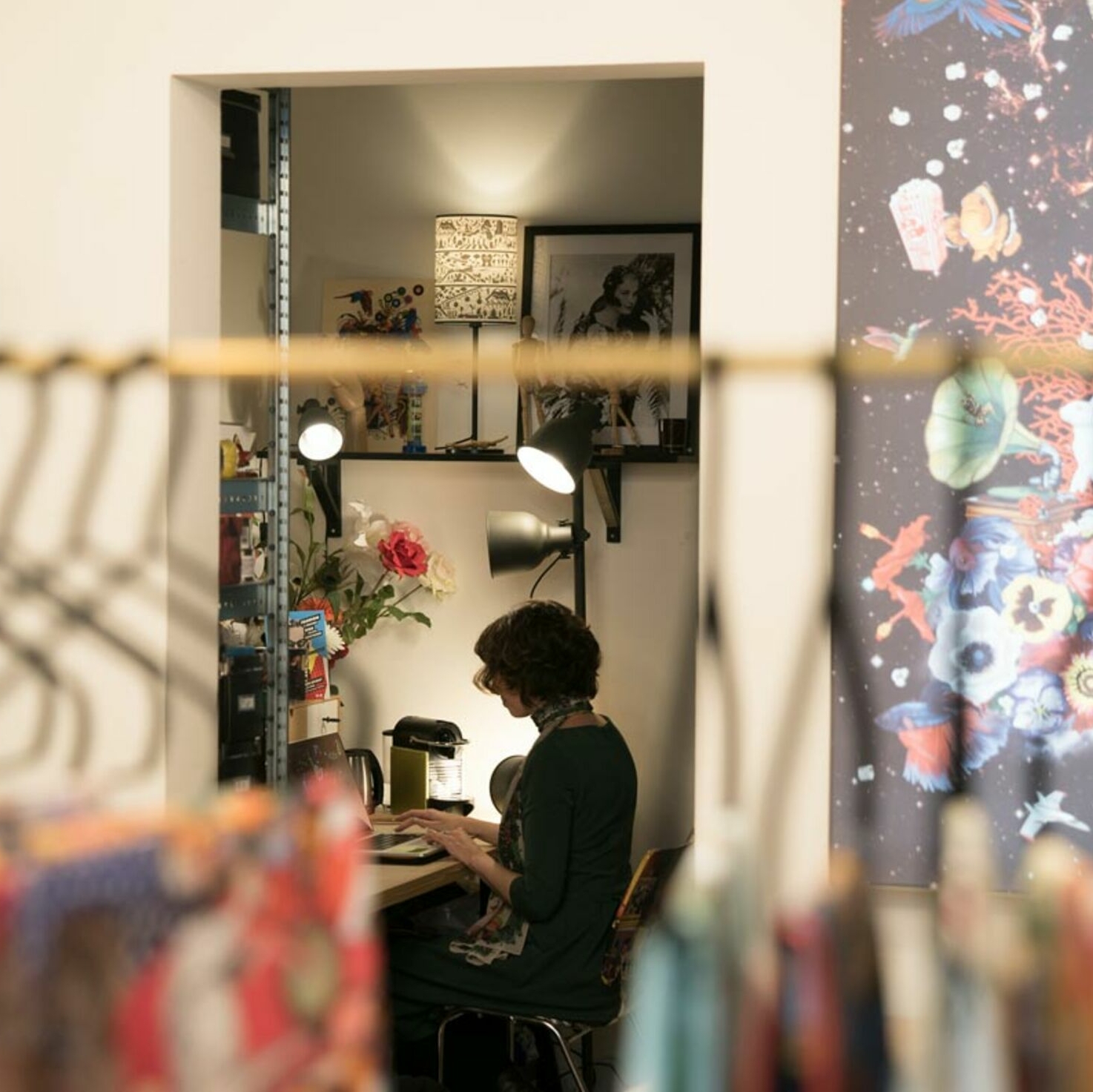 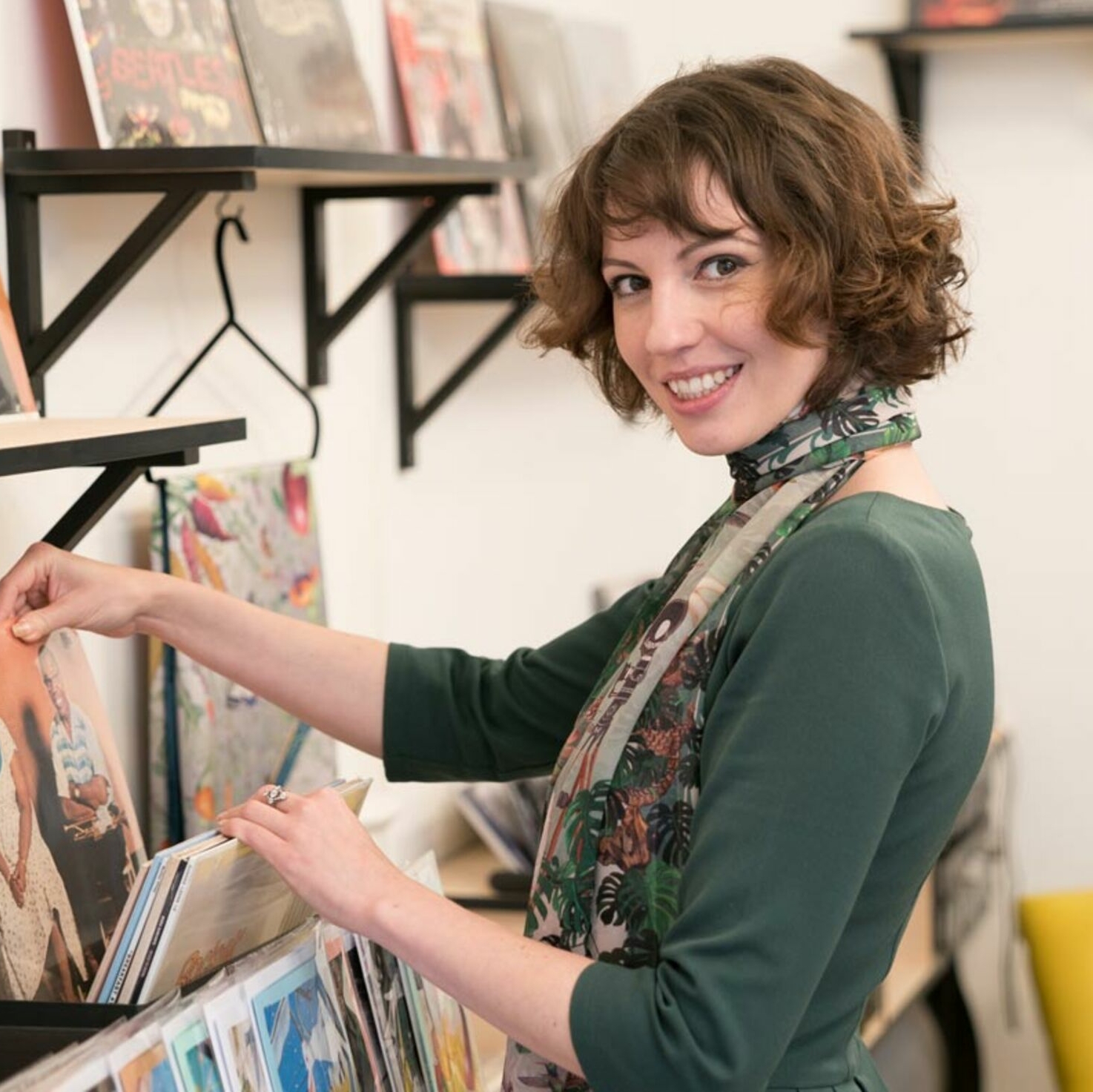 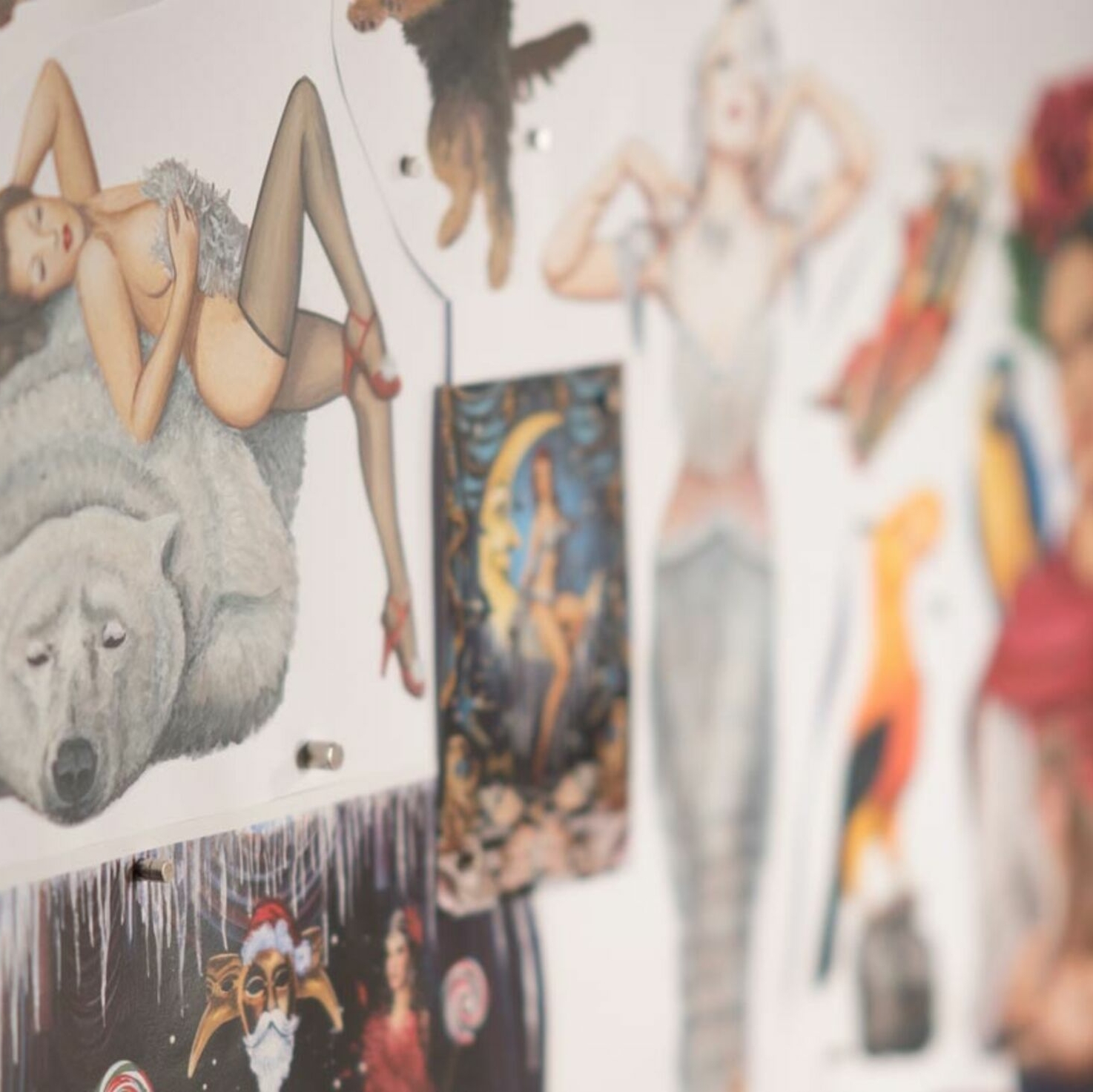 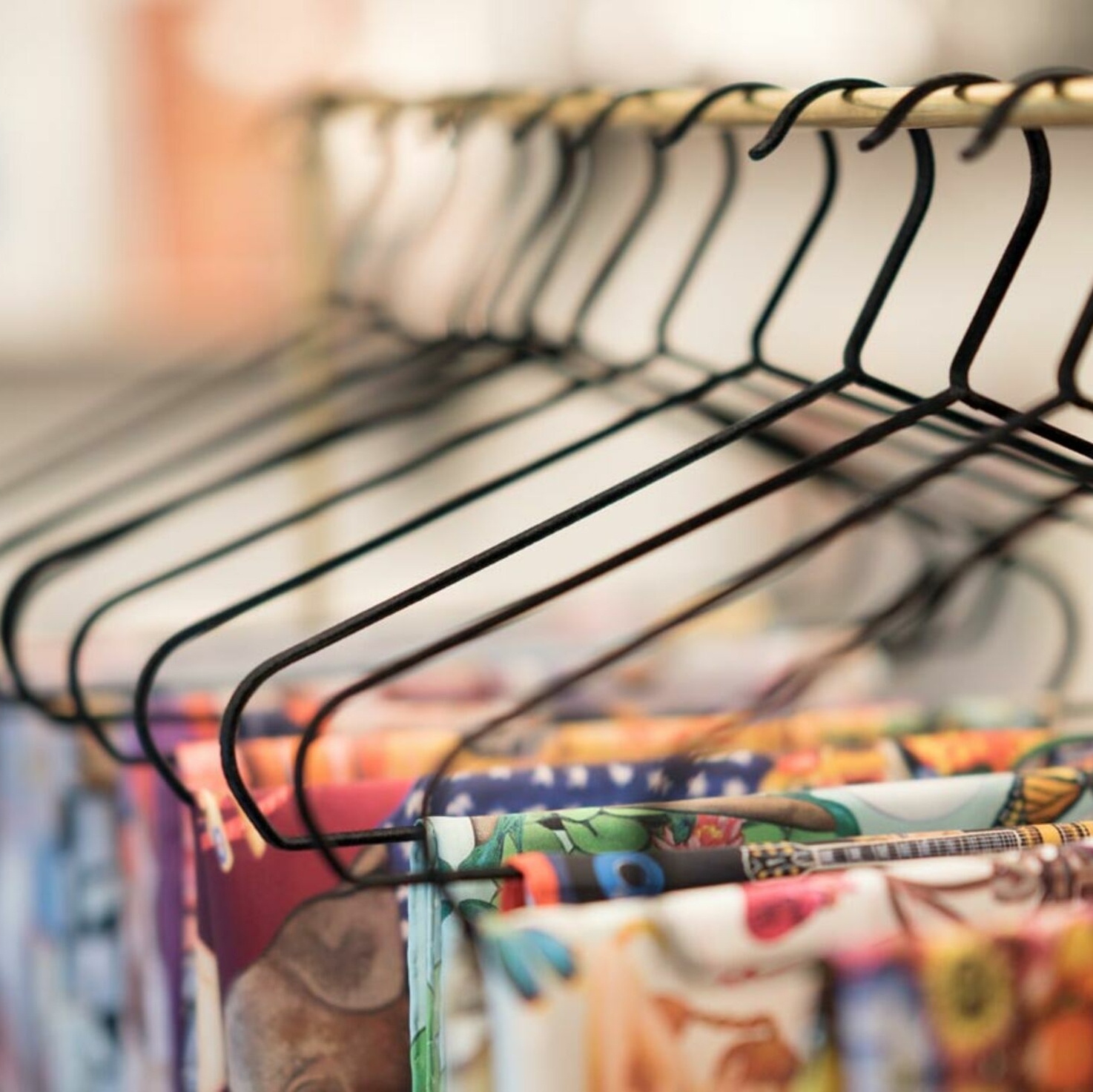 Back in the mid-1980s, Fiona Knecht’s parents opened Europe’s first CD shop on Fraumünsterstrasse. When it had to close down in 2017, Fiona looked for her own premises to set up Atelier Fiona K., where the designer sells her colourful silk scarves – and a little music.

The sign bears the name ‘Fiona K.’ in soft cursive script, surrounded by brightly coloured flowers and animals. It advertises the studio and salesroom of Zurich designer Fiona Knecht, situated just off Langstrasse. ‘It’s the perfect location,’ says Fiona. ‘It’s true that there isn’t much passing traffic but that means I can concentrate on my designs.’ And when someone does come into the store, she’s right on hand.

But she still keeps her regulars happy by stocking a small selection of CDs, which mother Heidy updates on a regular basis.

Fiona is sitting in her bright, prettily furnished sales area. The display busts have animal heads, the shelves are decorated with black-and-white photographs. An old rock’n’roll album is playing in the background – just like when Fiona used to work in the basement of the CD Studio. Fiona’s parents opened the CD Studio in 1983. It was the first store in Europe to be devoted to compact discs. ‘I pretty much grew up in that shop,’ says Fiona. When her father wanted to retire from running the CD Studio, Fiona jumped in. With her mother, she continued running the store in Fraumünsterstrasse for some years. But then their lease was terminated and she had to look for new premises. ‘I didn’t want to open another music store,’ says Fiona. But she still keeps her regulars happy by stocking a small selection of CDs, which mother Heidy updates on a regular basis.

At Fiona K., she mainly sells her brightly coloured, pretty silk scarves, ‘I never really wanted to design scarves,’ she says with a laugh. But four years ago, a friend asked if she would design one for her. For production reasons, Fiona had to order a minimum of ten foulards from the factory in Italy. That’s why she posted on Facebook: ‘Anyone else want a scarf?’ Thirty people said yes. 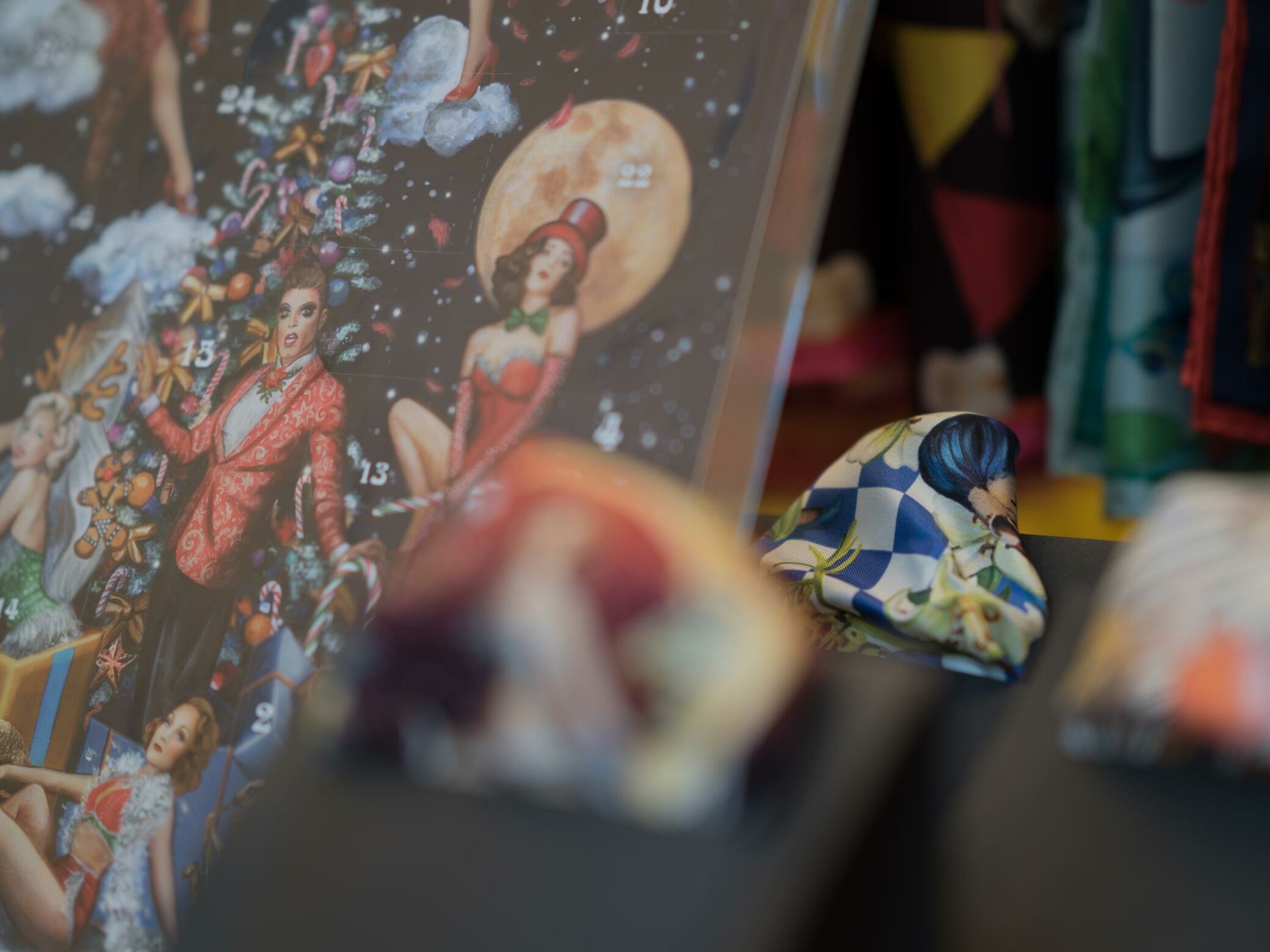 Fiona now works with a scarf manufacturer in Switzerland: ‘I’m thrilled about that. I’m keen to manufacture as much as possible here.’ The scarves are still strictly limited to a maximum of thirty per design: ‘That’s why I call them editions rather than collections.’ She wants her foulards to remain exclusive: ‘Like a work of art.’ Fiona’s scarves are actually collages of hand-painted images. ‘If I can use parts of another scarf it’s ready in about three days.’ But if she has to start from scratch with every element of a design, it can take her several weeks.

Last year, Fiona chose a fetish model as her muse: ‘I had to be careful not to go too far.’

Fiona can tell a story about every scarf: ‘Most of the people portrayed on them actually exist.’ The Zurich designer regularly draws inspiration from burlesque dancers and pin-up girls. ‘I love this fantasy world.’ Last year, Fiona chose a fetish model as her muse: ‘I had to be careful not to go too far.’ Fiona sent the woman to outer space: ‘Her patent leather outfit looked like a space suit. I didn’t want her to be all alone, so I painted lots of puppies.’ But when the model saw Fiona’s design, she said she didn’t like dogs. ‘So I spent all night painting six cats.’

Fiona was recently inspired by some Danish twins. ‘I saw one of their performances and knew straight away that I had to let them fly.’ Her Whale Watching foulard shows the two men in hot air balloons with whales swimming through the air around them.

I wouldn’t be happy if all I did was paint flowers.’

Fiona admits that working with international artists is more difficult, ‘but I find it inspiring.’ She used to do self-portraits: ‘It was easier. But in the end, I felt it was too narcissistic.’ Not all her scarves have people on them, ‘but these also have some surprises. I wouldn’t be happy if all I did was paint flowers.’

Fiona still works with silk: ‘It’s such a fine material and the most beautiful canvas I can imagine.’ But she is thinking of switching to other fabrics, ‘because the silk comes from China – very little is produced in Switzerland. And silkworms don’t survive the manufacturing process. I love new challenges,’ she adds. She would also like to design clothes. ‘Then I could finally have a proper fashion show,’ she says with a laugh. ‘It’s much harder with scarves.’ So far, she has launched a deck of poker cards, an Advent calendar and a kimono collection in conjunction with a local dressmaker. Many of her products have sold out. ‘People love what I do because I do what I love.’