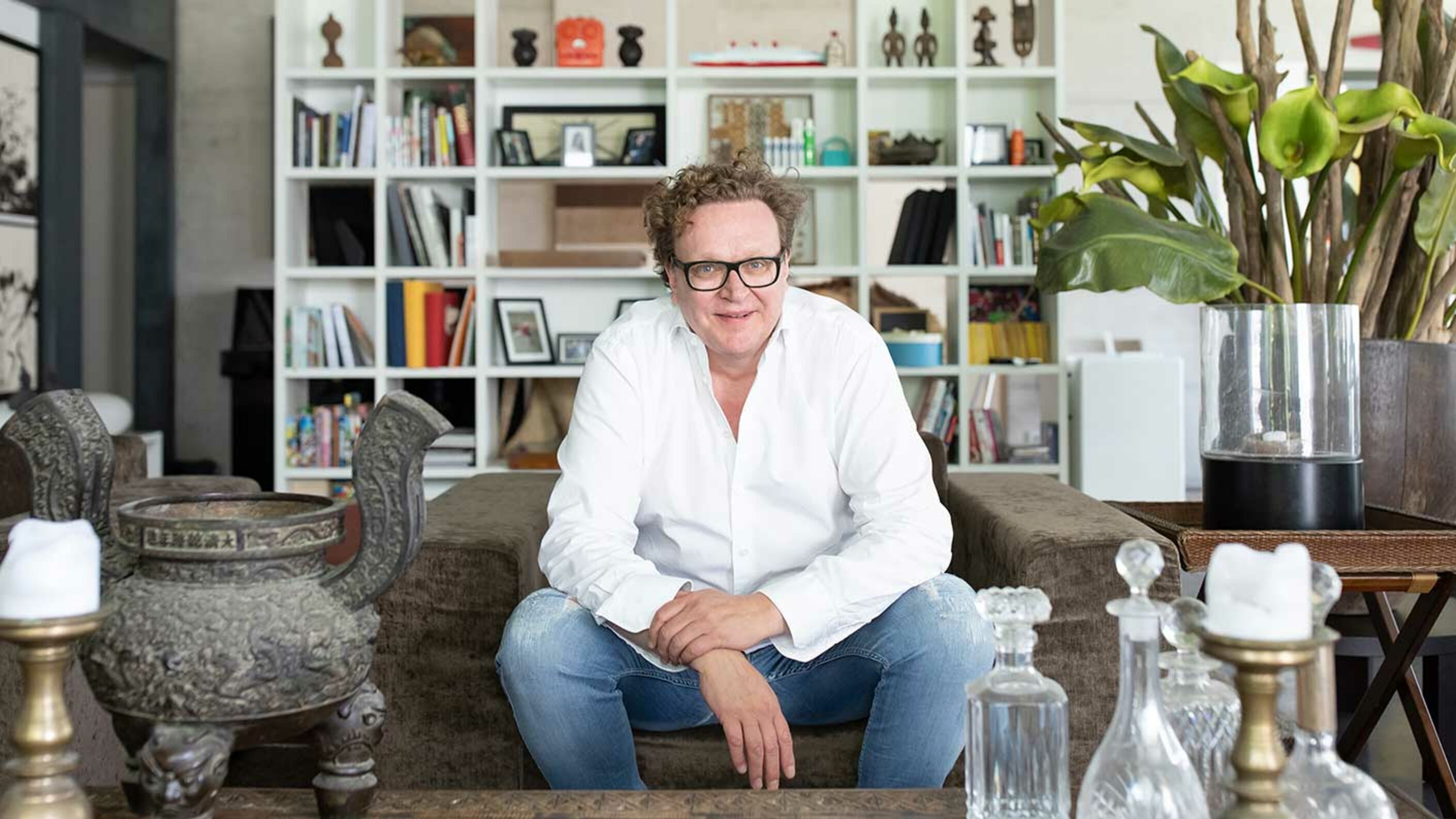 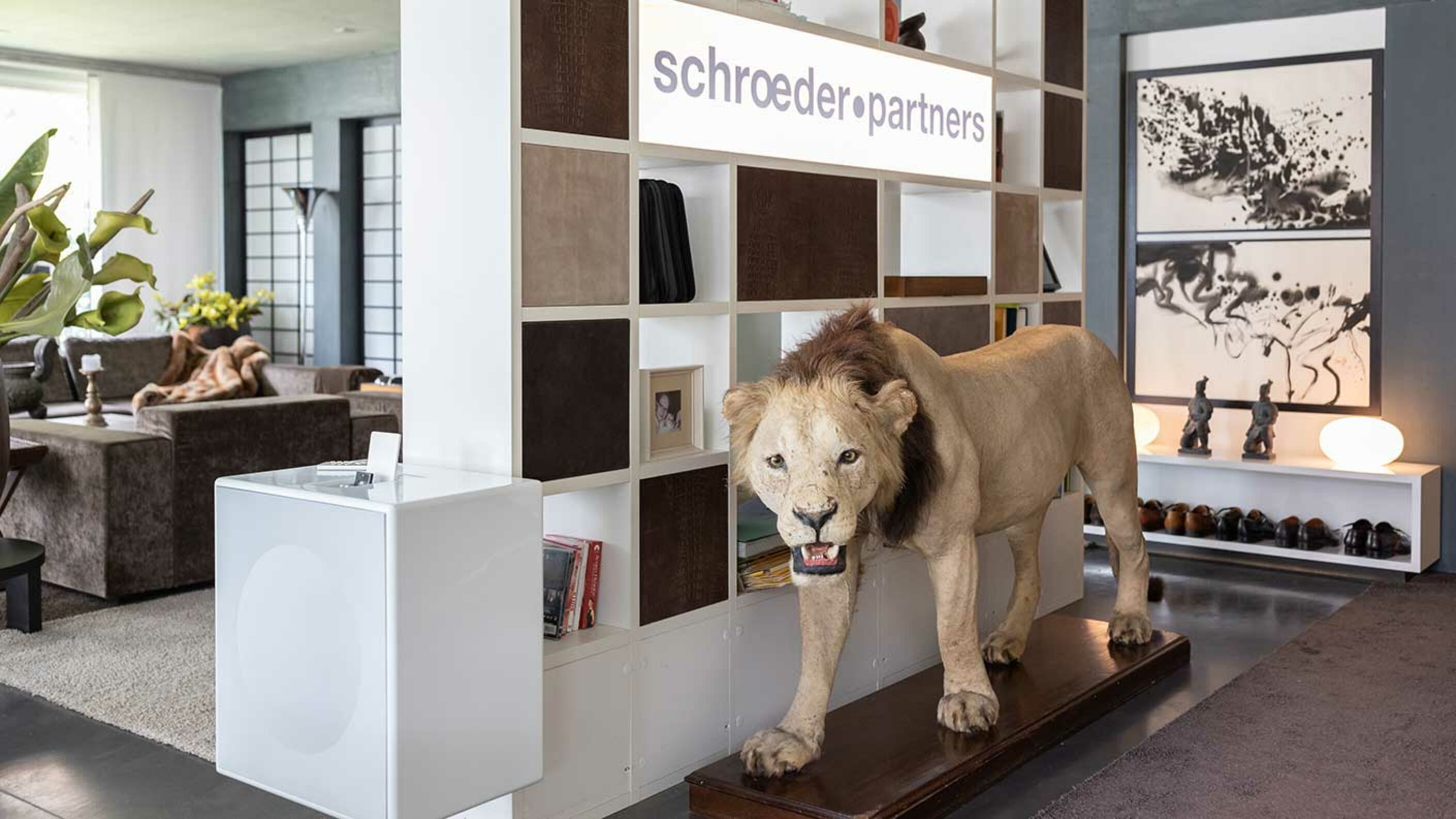 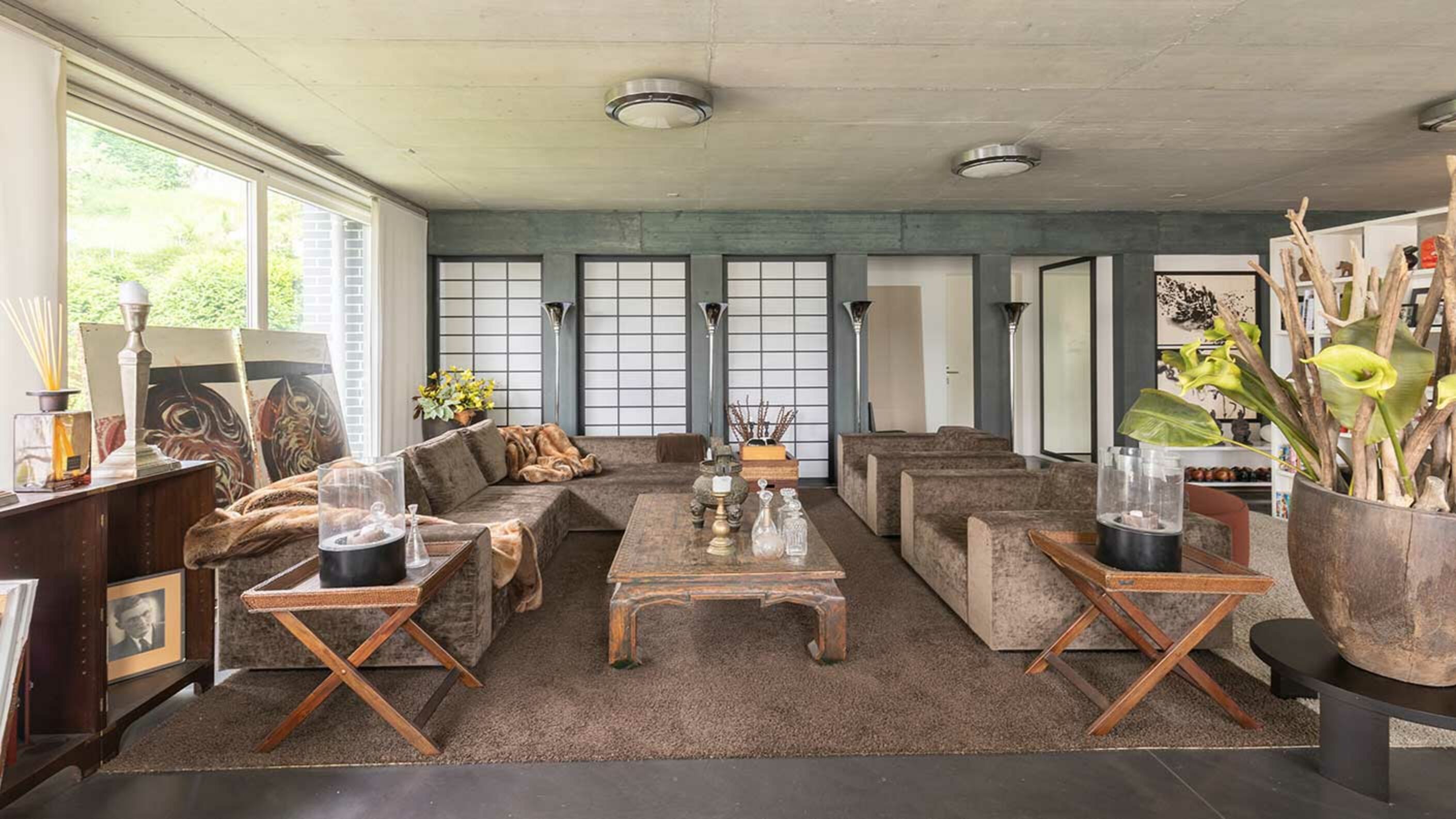 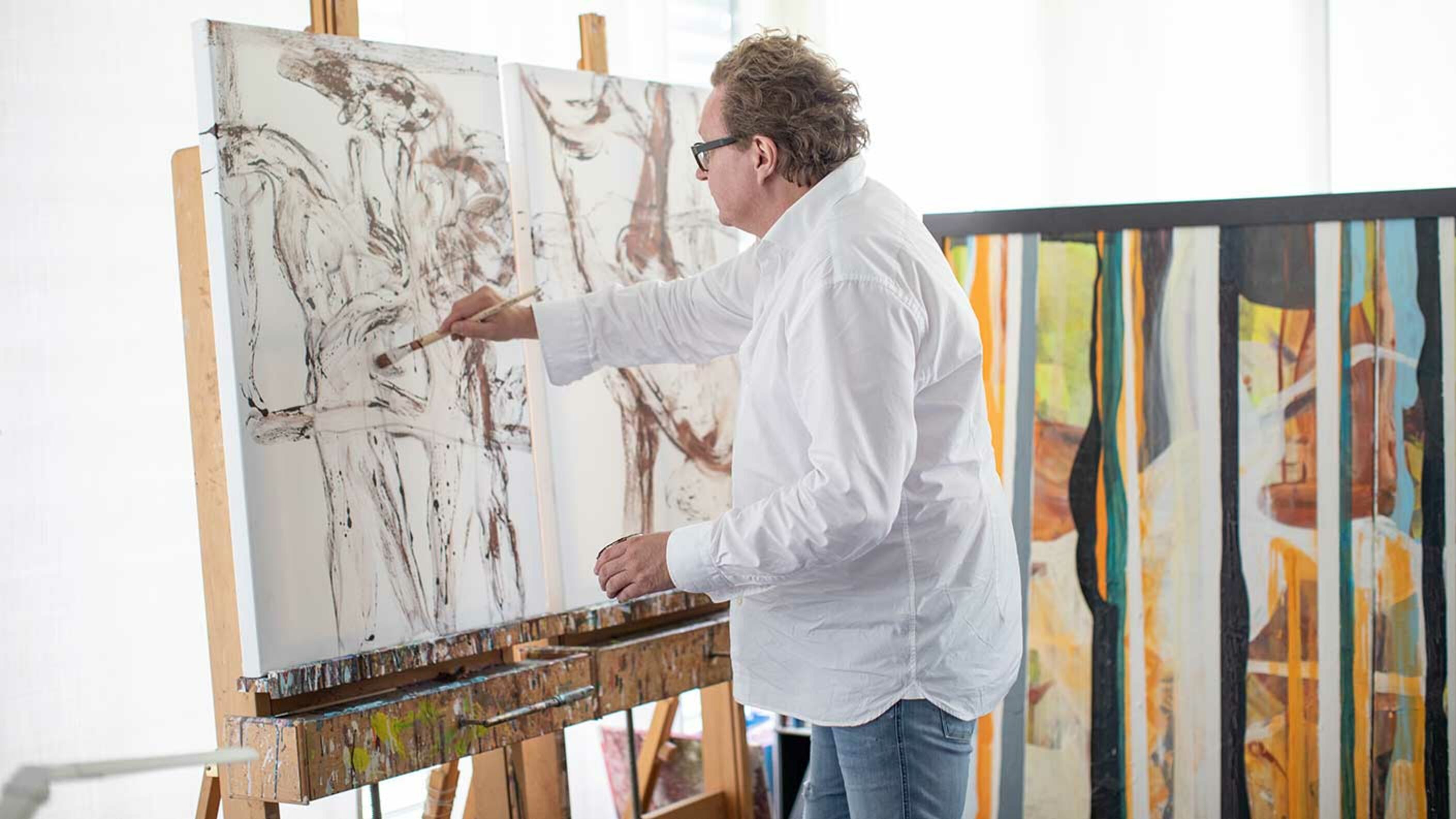 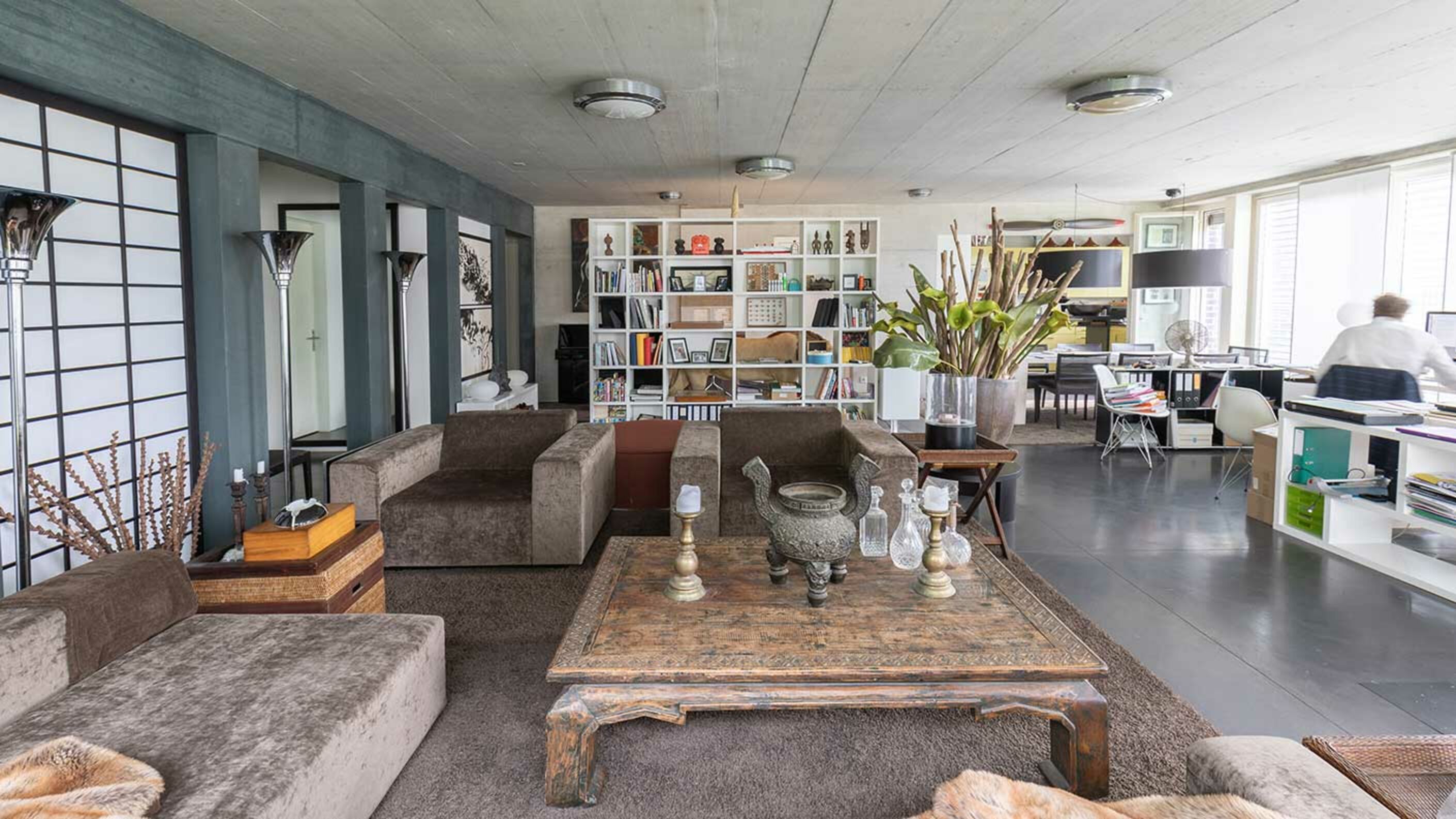 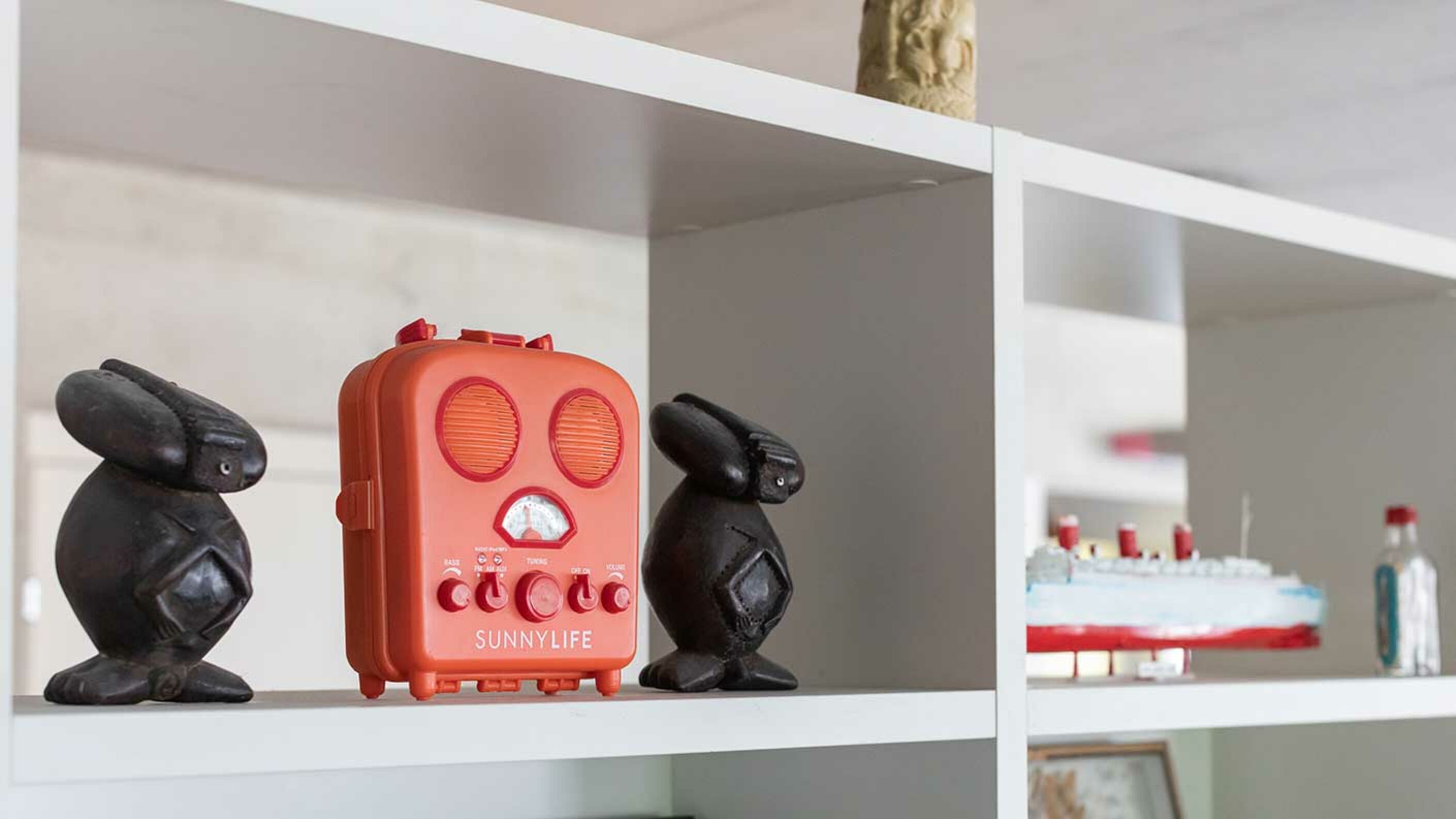 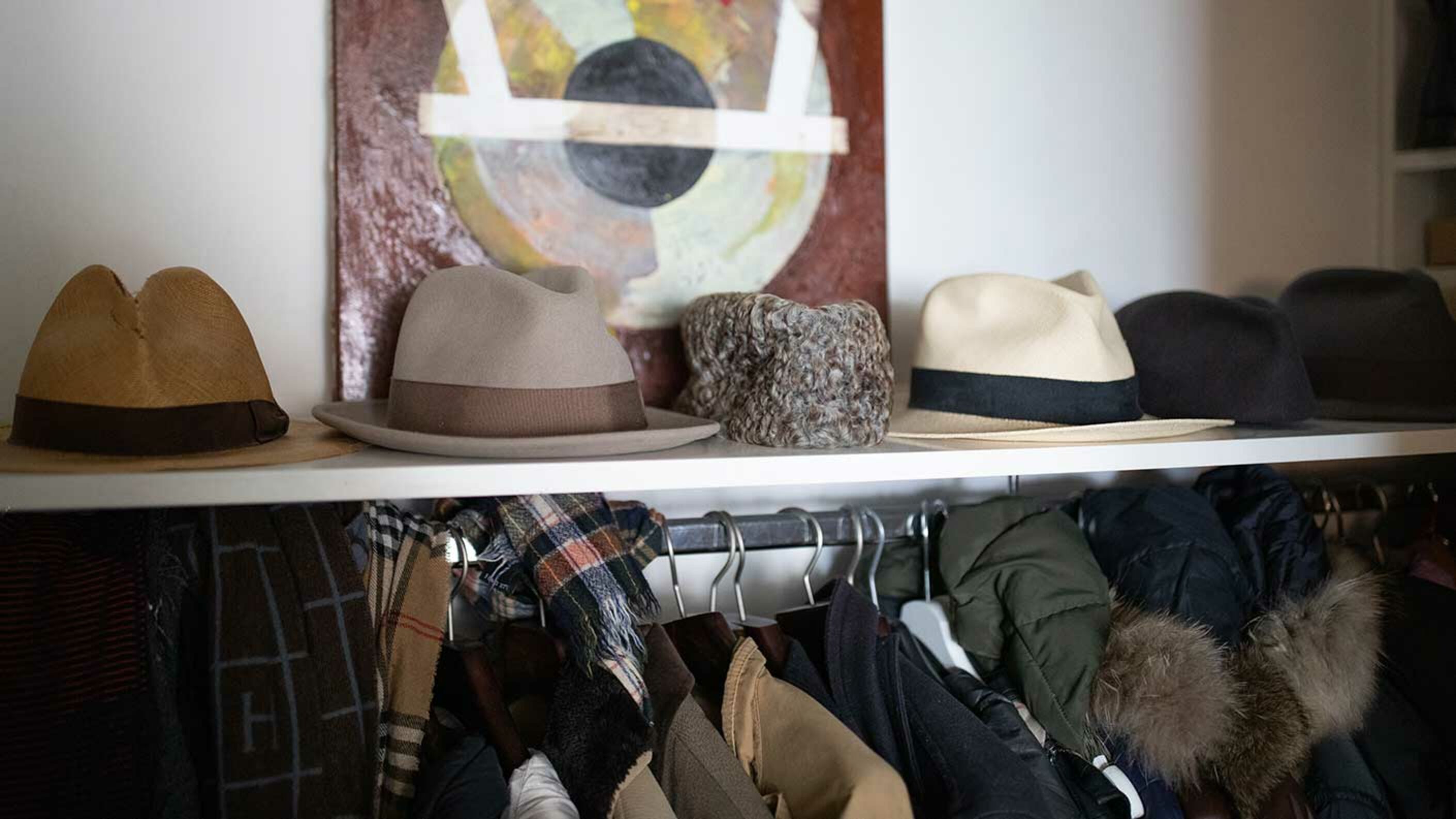 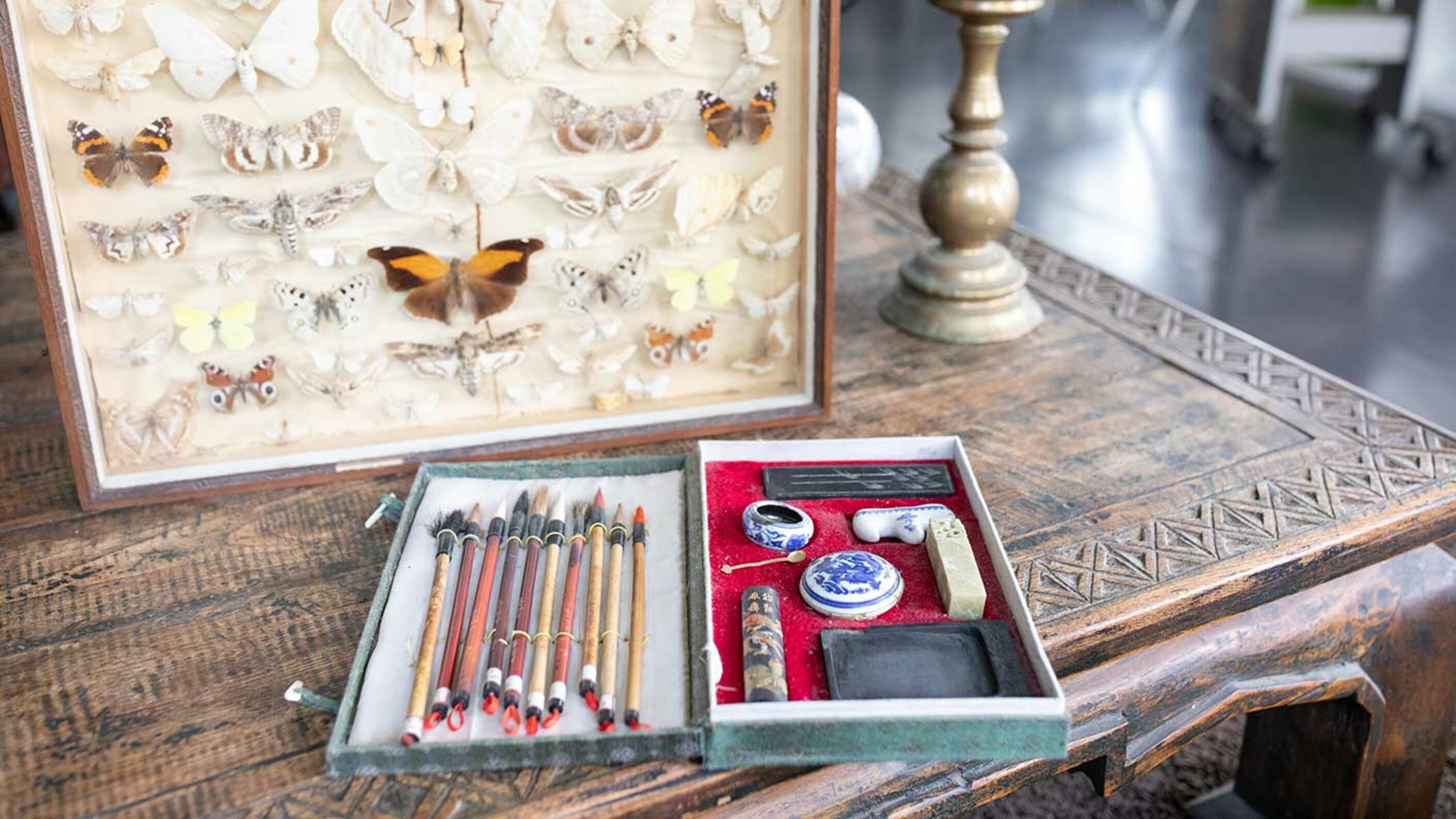 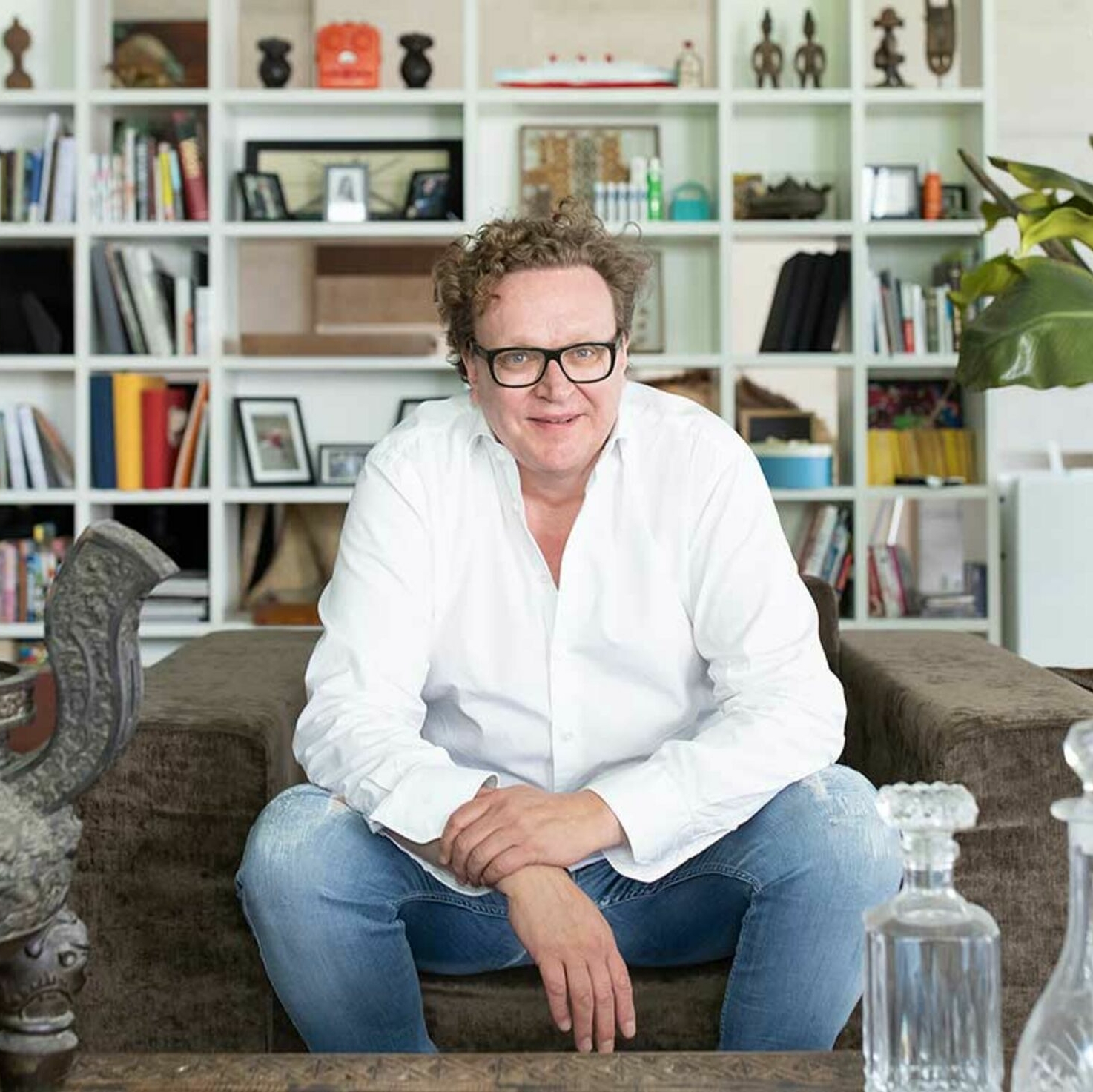 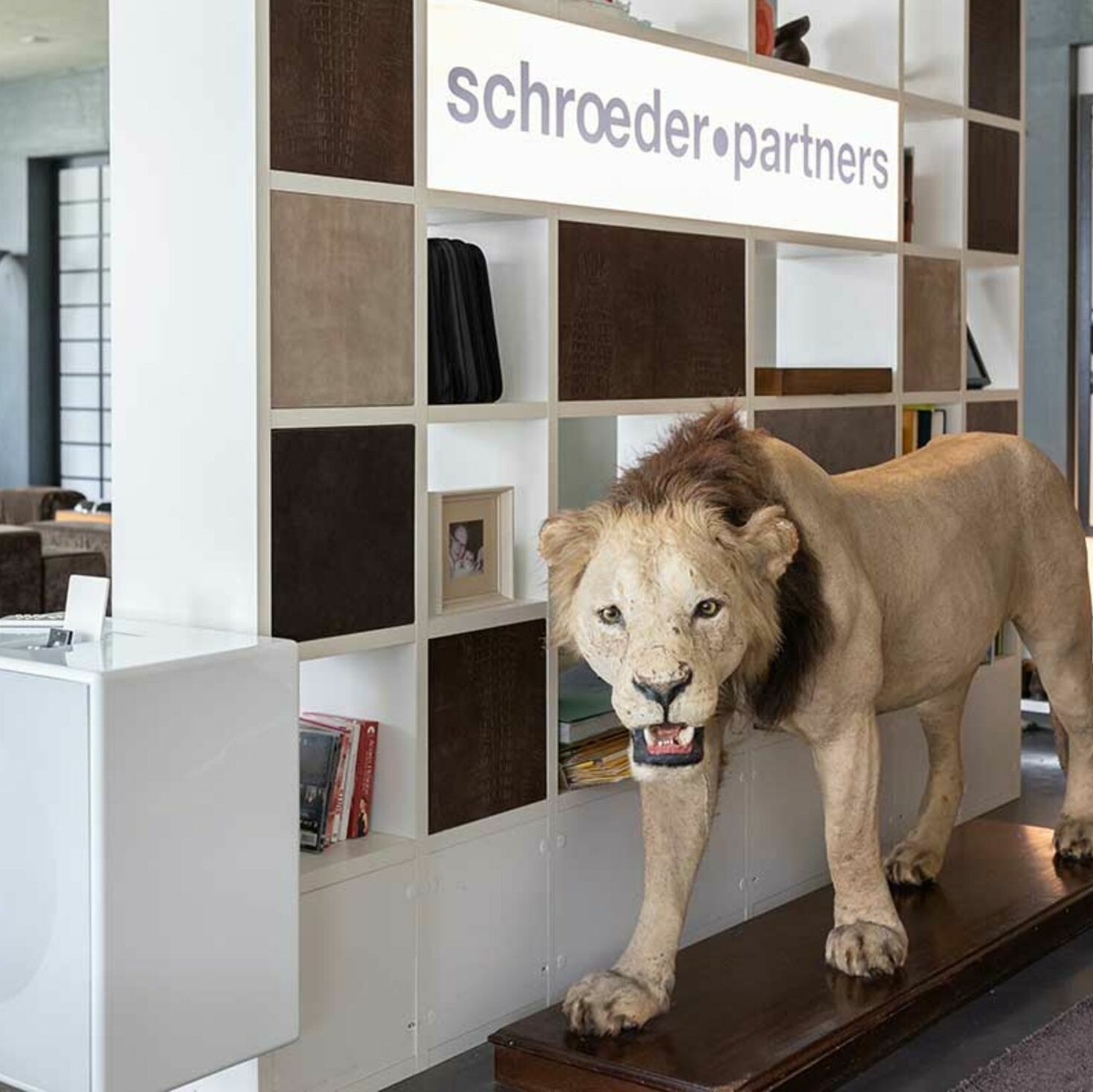 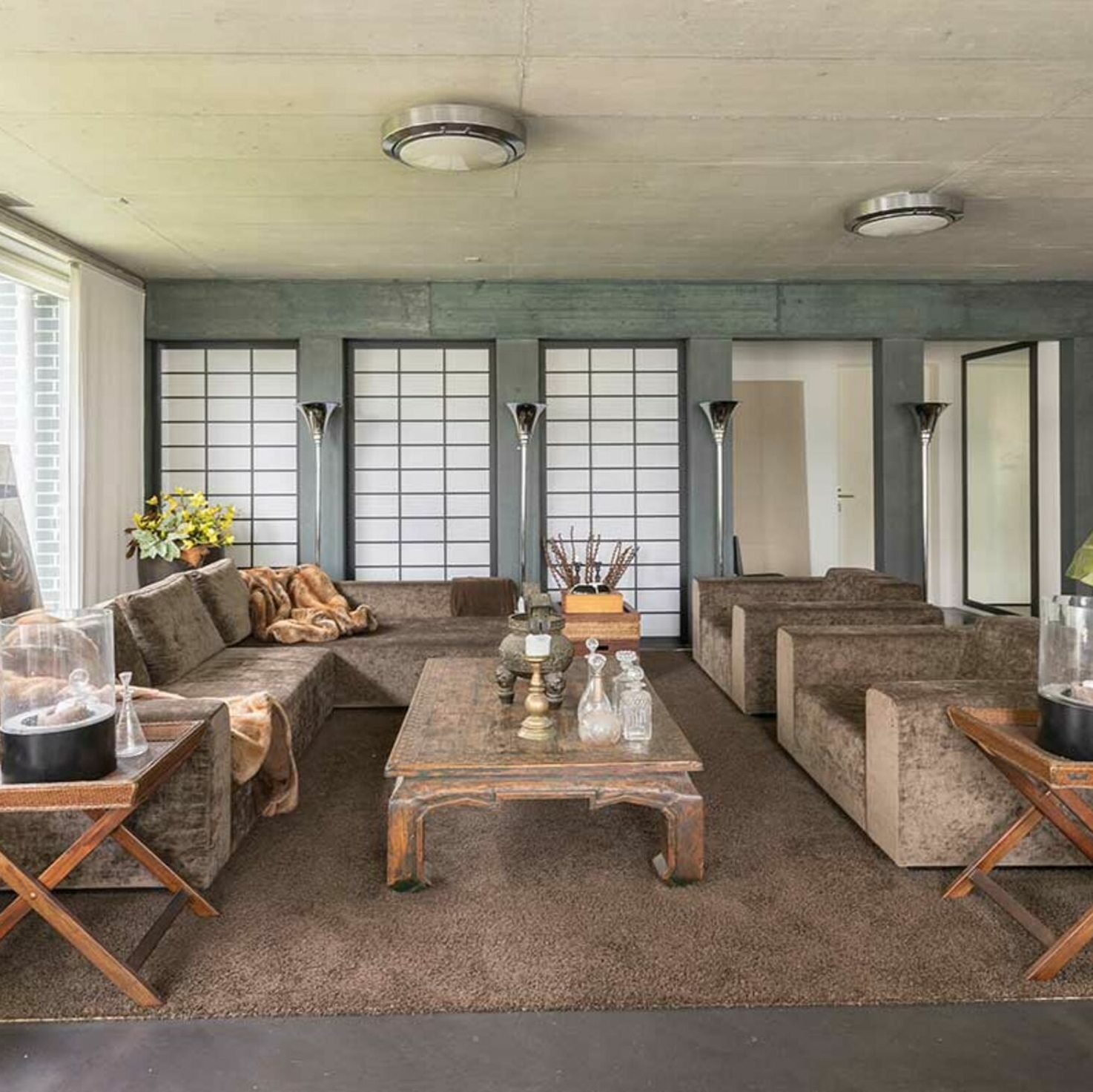 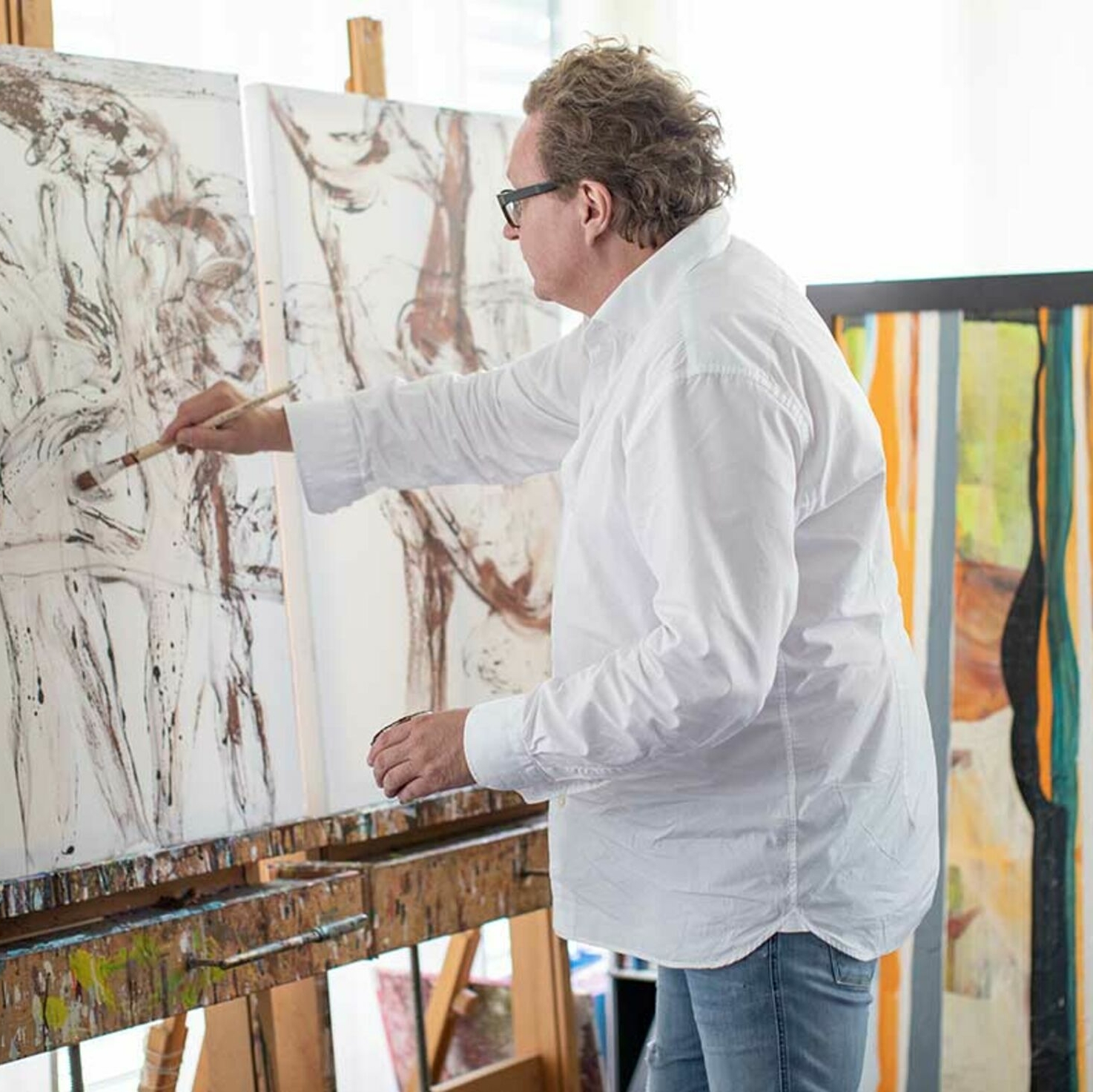 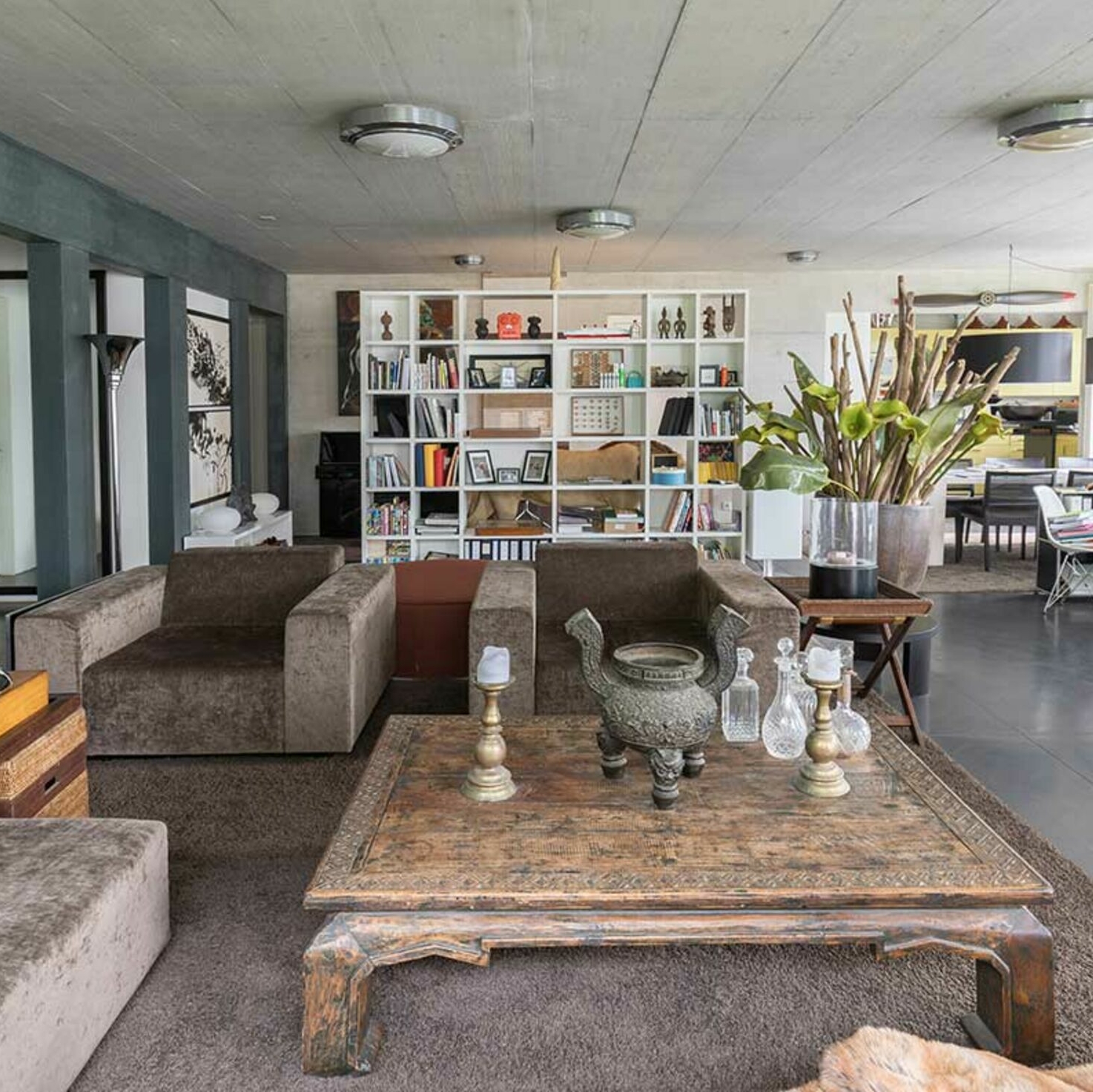 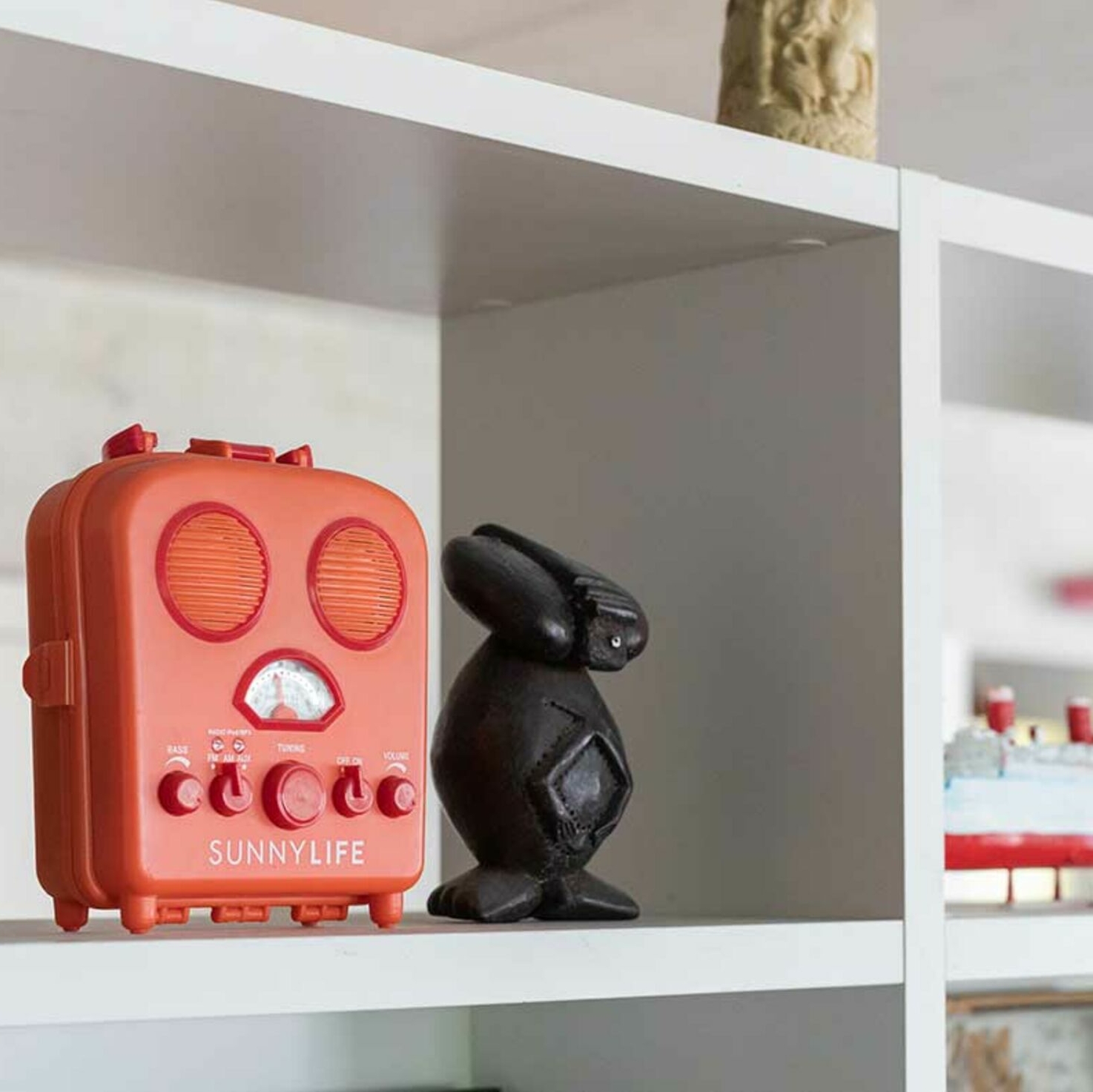 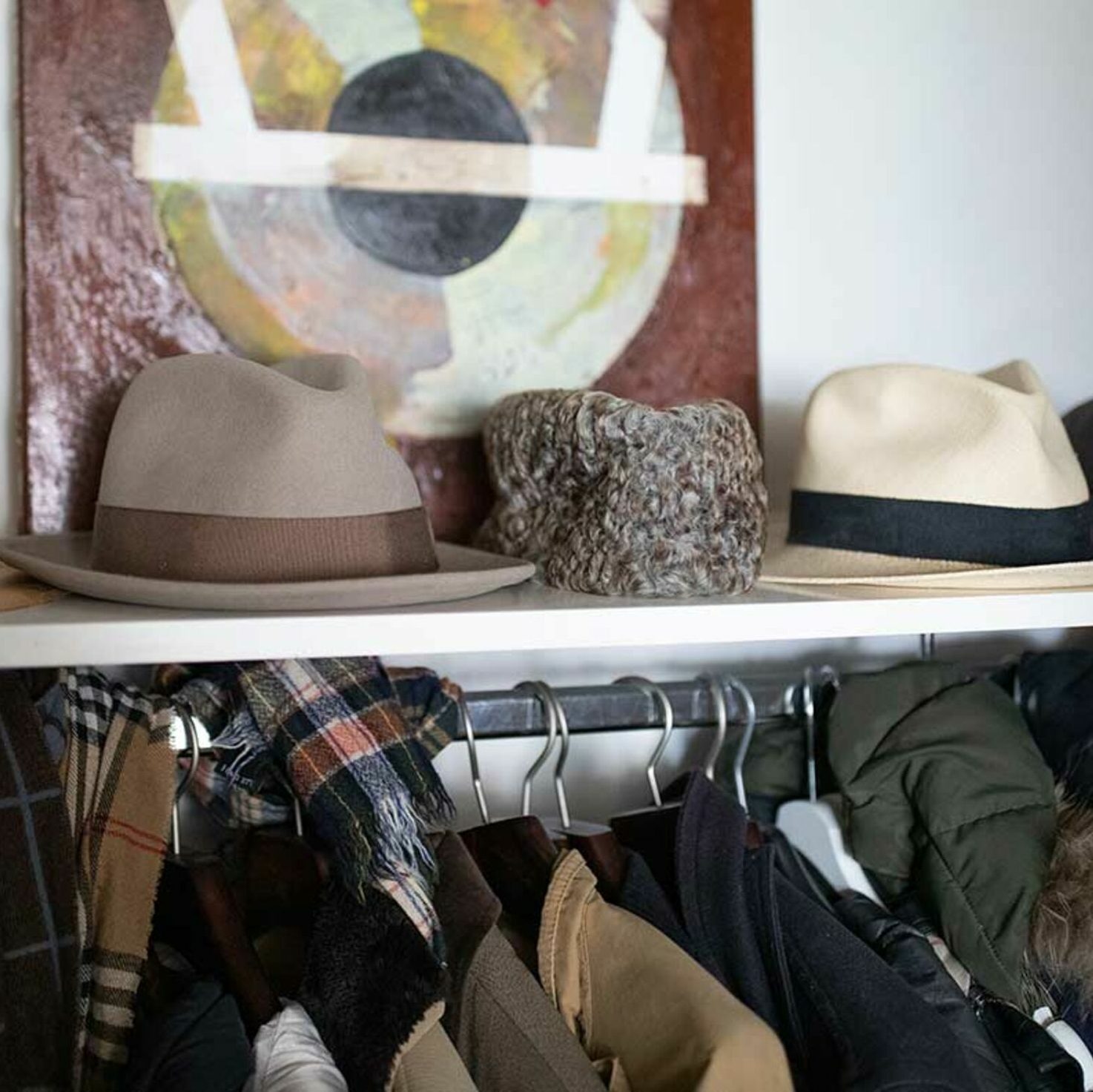 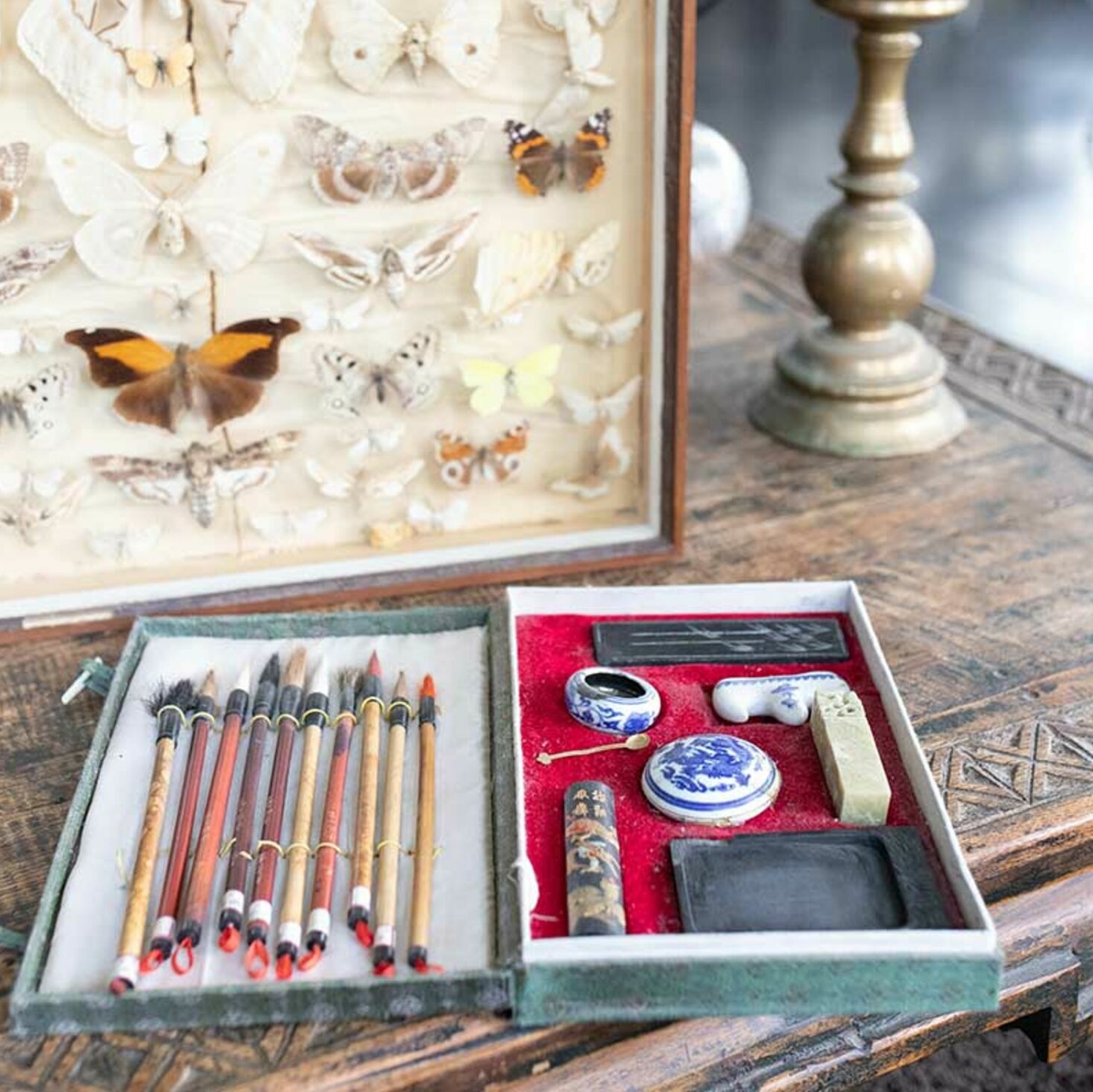 Zurich-based graphic designer Mathias Schröder lives and works in a spacious loft on the edge of Seefeld in the SEV Areal. And who does he live with? A stuffed lion that has had a long life.

The lion guards the entrance: ‘Oh, that’s my mascot,’ says Mathias. The Zurich-based graphic designer has owned the stuffed animal for years: ‘It’s the perfect icebreaker.’ Clients, the postman... everyone talks to Mathias about the lion. He lived in a zoo in London before dying of natural causes. ‘That’s important to me,’ says Mathias. He wouldn’t want to own an animal that had been shot. ‘We no longer live in the Hemingway era when it was considered cool to have hunting trophies.’

In the end, the gallery owner sold him the lion.

In the past, the lion was exhibited in the display window of an African gallery. ‘He attracted people to come in,’ explains Matthias, who was a frequent visitor to the gallery. He wanted to buy an African sculpture because he loves this kind of art: ‘It’s so abstract yet at the same time so direct.’ But he couldn’t afford any of the pieces in the gallery. ‘The ones I liked cost more than 30,000 francs.’ In the end, the gallery owner sold him the lion: ‘He thought I was crazy enough to put the animal in my flat.’

It now has pride of place at his entrance – and is emblazoned with the Schröder und Partner logo. Mathias runs a corporate design agency from his Zurich loft: ‘I like the fact that I can work from home and combine my professional and private lives,’ he says. ‘I’m also glad I don’t have a traditional 9-to-5 job.’ Sometimes he’s still working on a presentation at midnight.

Mathias used to live in Zollikon, where he also had a home office. He moved into the loft in the SEV Areal near Tiefenbrunnen station seven years ago. In the past it was an electrical equipment testing centre, but ‘today it’s a meeting place for old creatives,’ says Mathias with a laugh. ‘I’m a bit of a grumpy old man these days! This colony of artists doesn’t have that young district 4 groove.’

‘It’s fantastic. I have loads of space.’

The former factory buildings now house the offices and studios of established artists, designers and graphic designers and also provide space for the Zurich Chamber Orchestra to rehearse. ‘That’s really nice. In summer live music regularly drifts through my open windows.’ Matthias is one of the few people who actually lives on the site. ‘It’s fantastic. I have loads of space.’

Mathias has given his 180-square-metre loft a comfortable, homely feel.

Mathias’s flat is located in the industrial zone, ‘So I’m allowed to live and work here. That’s rare in Zurich.’ He has given his 180-square-metre loft a comfortable, homely feel: ‘I wanted to create an inspiring environment.’ He has designed much of his own furniture with the help of a designer friend: ‘It’s boring to just drive to the nearest furniture store.’ He still has a few pieces of chain-store furniture, but has jazzed them up with his own ideas, such as adding leather trim to a shelf unit.

His own art hangs on the walls, apart from a pen-and-ink drawing by a Chinese friend. ‘He was my mentor for many years,’ says Mathias, who attended Zurich University of the Arts in his younger days. After graduating, he ended up in Paris – a city that he lived in as a child. He then moved to New York and opened a gallery with his brother.

After a few years he decided to return to Zurich. ‘I wanted to set up my business in my home country,’ says Mathias. ‘In the States I would have always been an alien.’ Switzerland was also better for his 17-year-old daughter: ‘The school system and so on are more developed here.’ Mathias began by setting up an events agency, then moved into design.

‘I don’t understand designers who have to show off their taste by having a perfectly streamlined home,’ says Mathias. He likes things that are old and quirky and collects art: ‘I like the colonial age, but also the Twenties and Thirties.’ Most of the objects in his home have a story, such as the Asian and African art that he buys at auctions, and the hats that he has specially made in Vienna.

Then there’s the old propeller dating back to World War I and his great-grandfather’s butterfly collection. ‘He was living in Bremen when the city was bombed during the war.’ The family lost most of their possessions, ‘But something as fragile as butterflies survived intact. I would never give up this collection.’