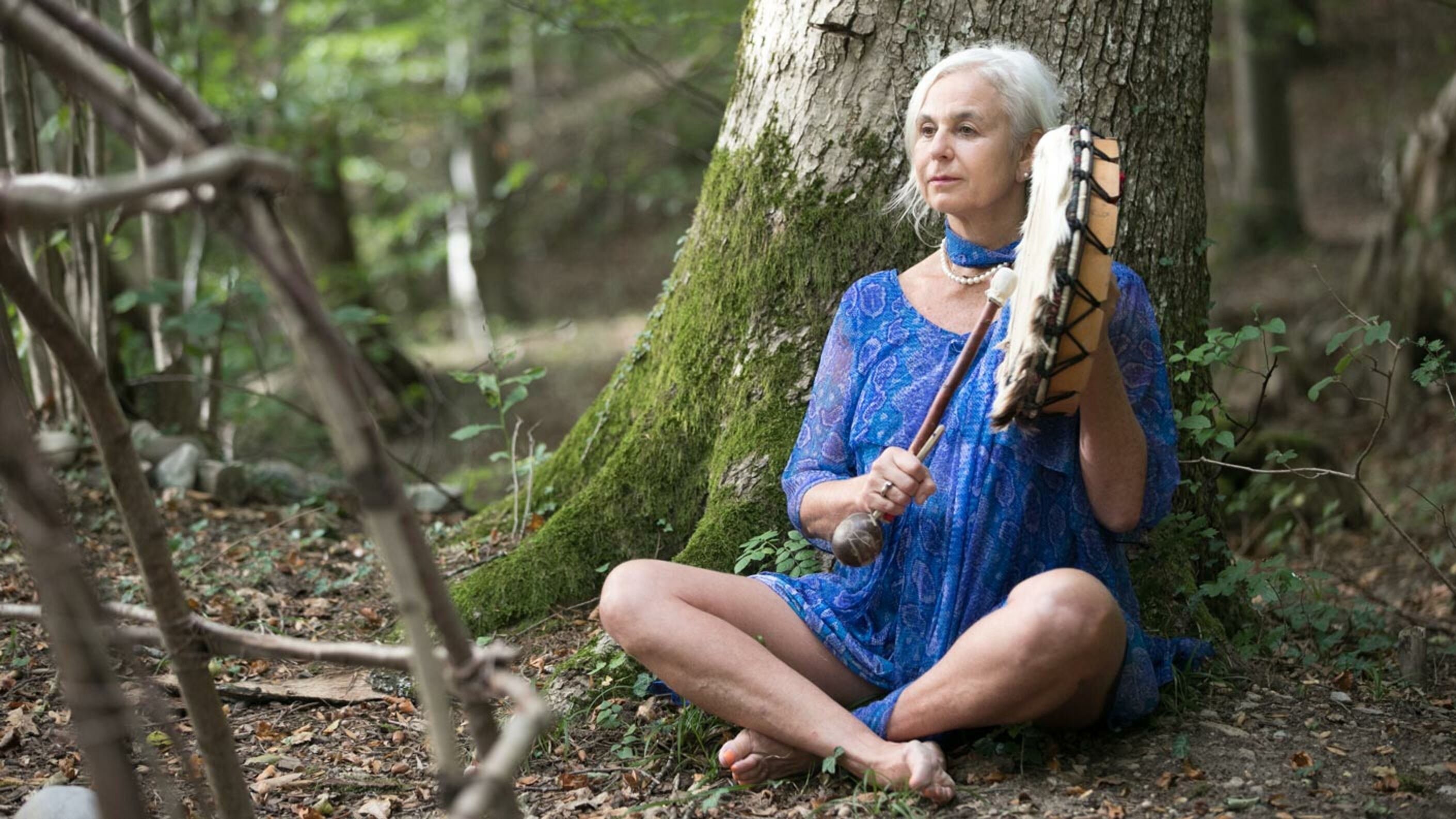 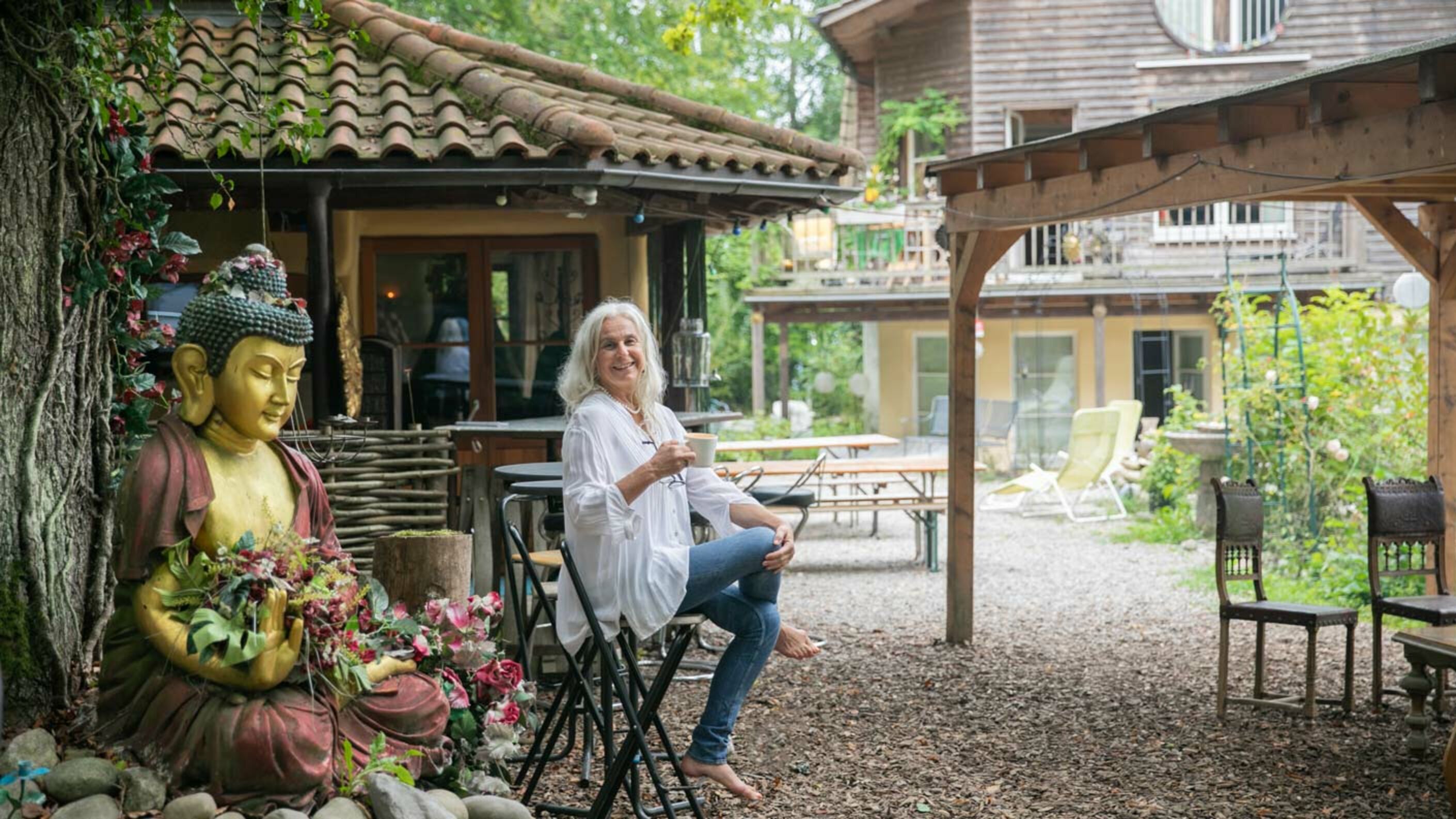 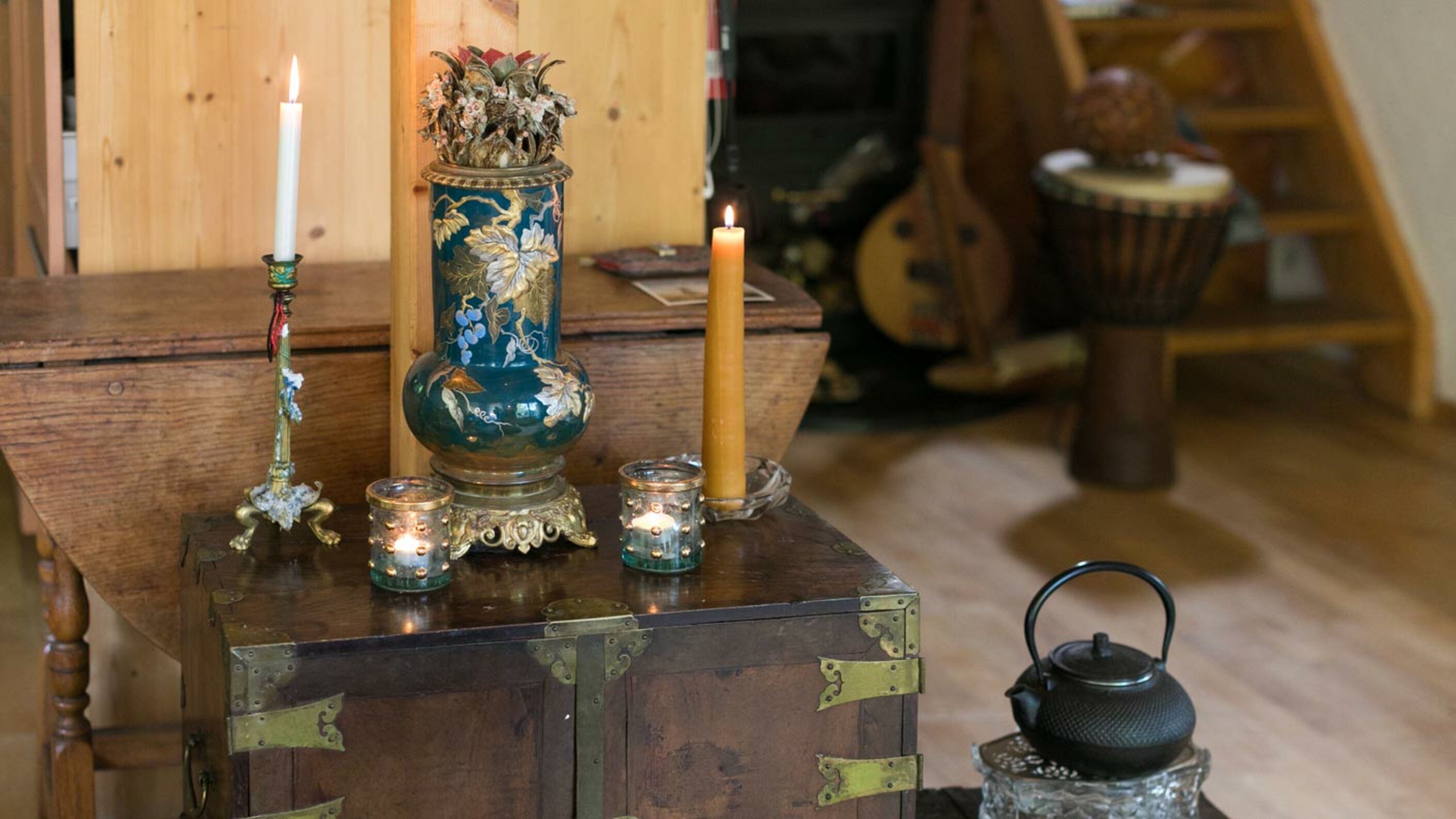 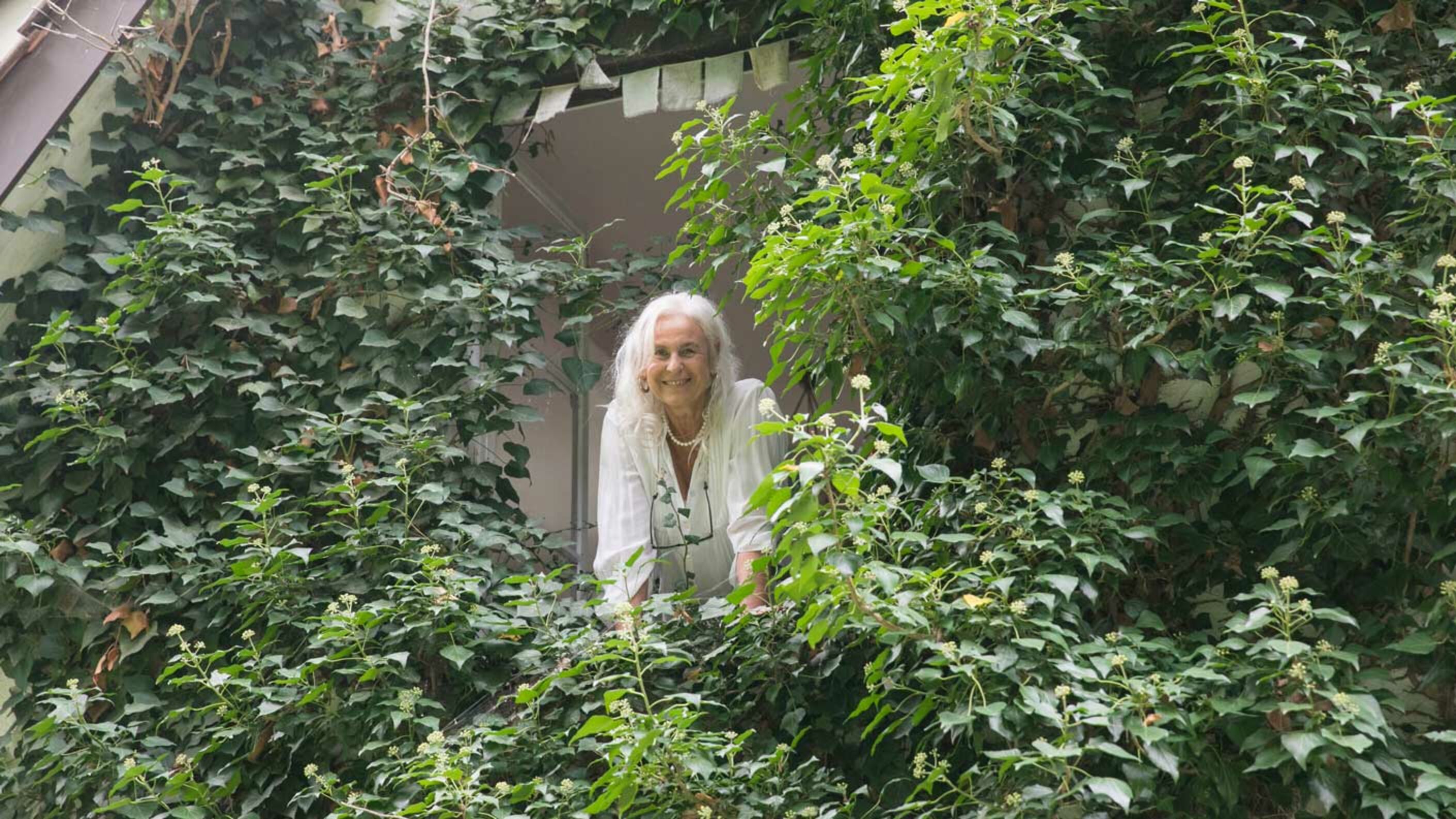 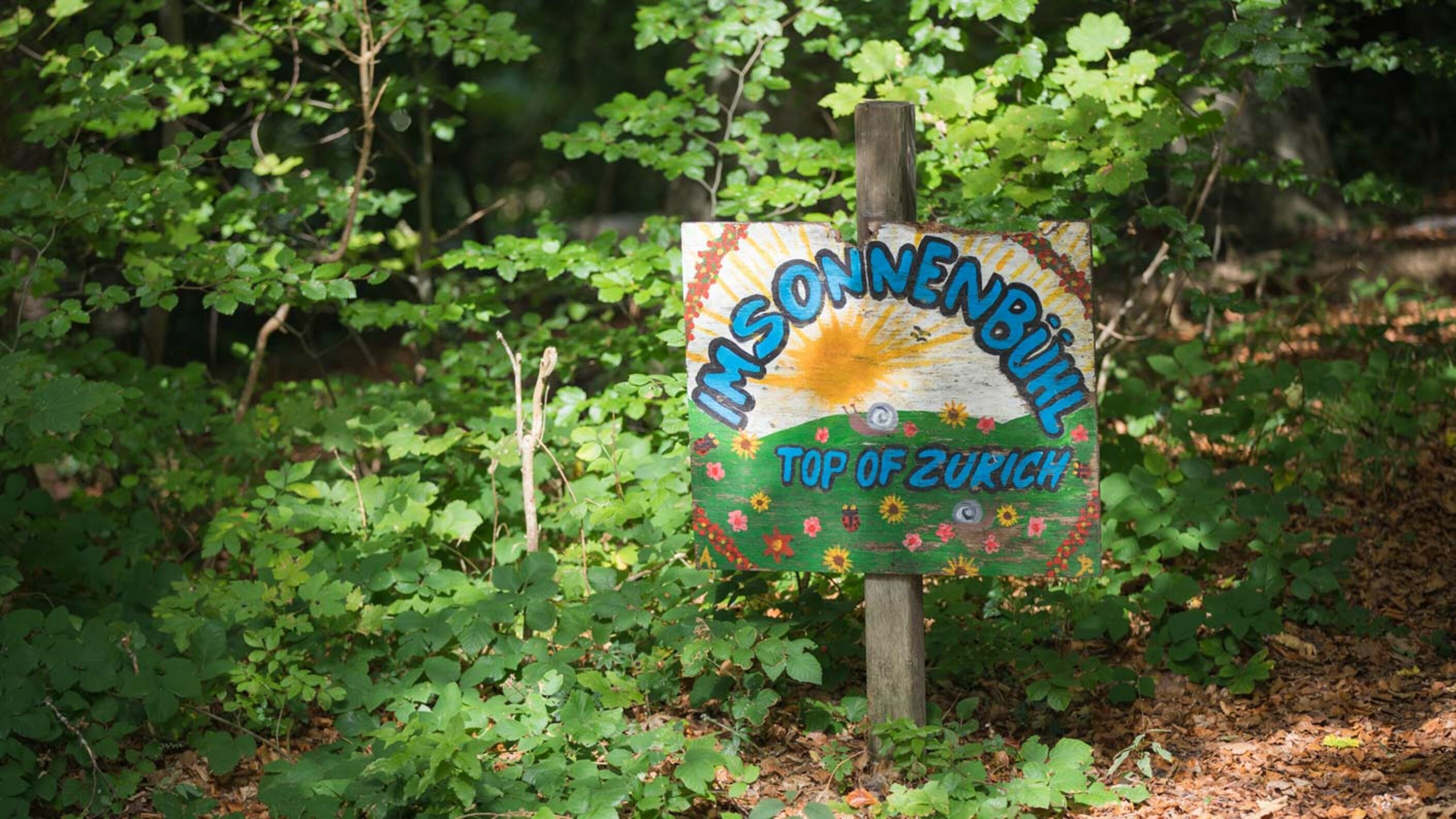 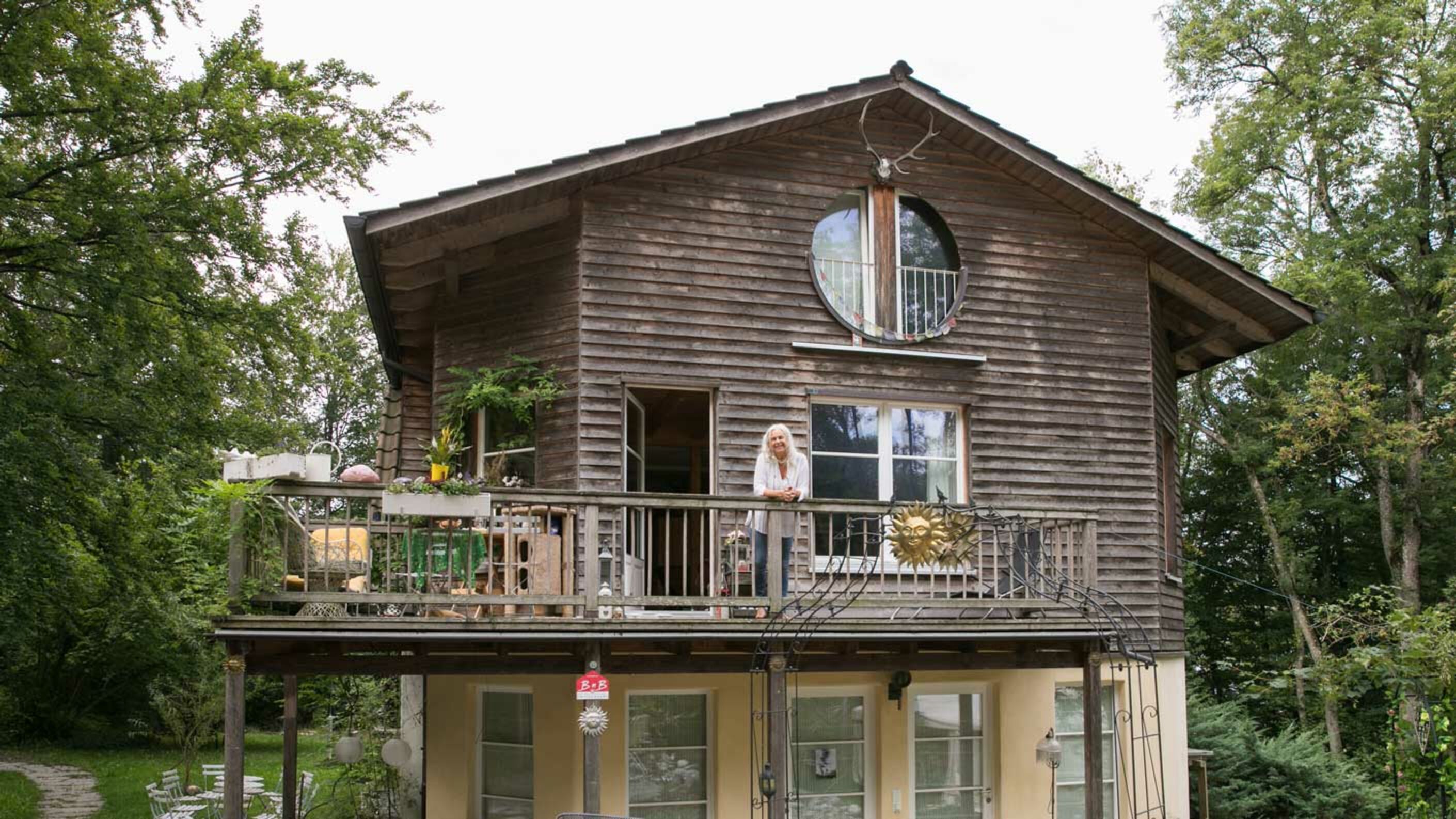 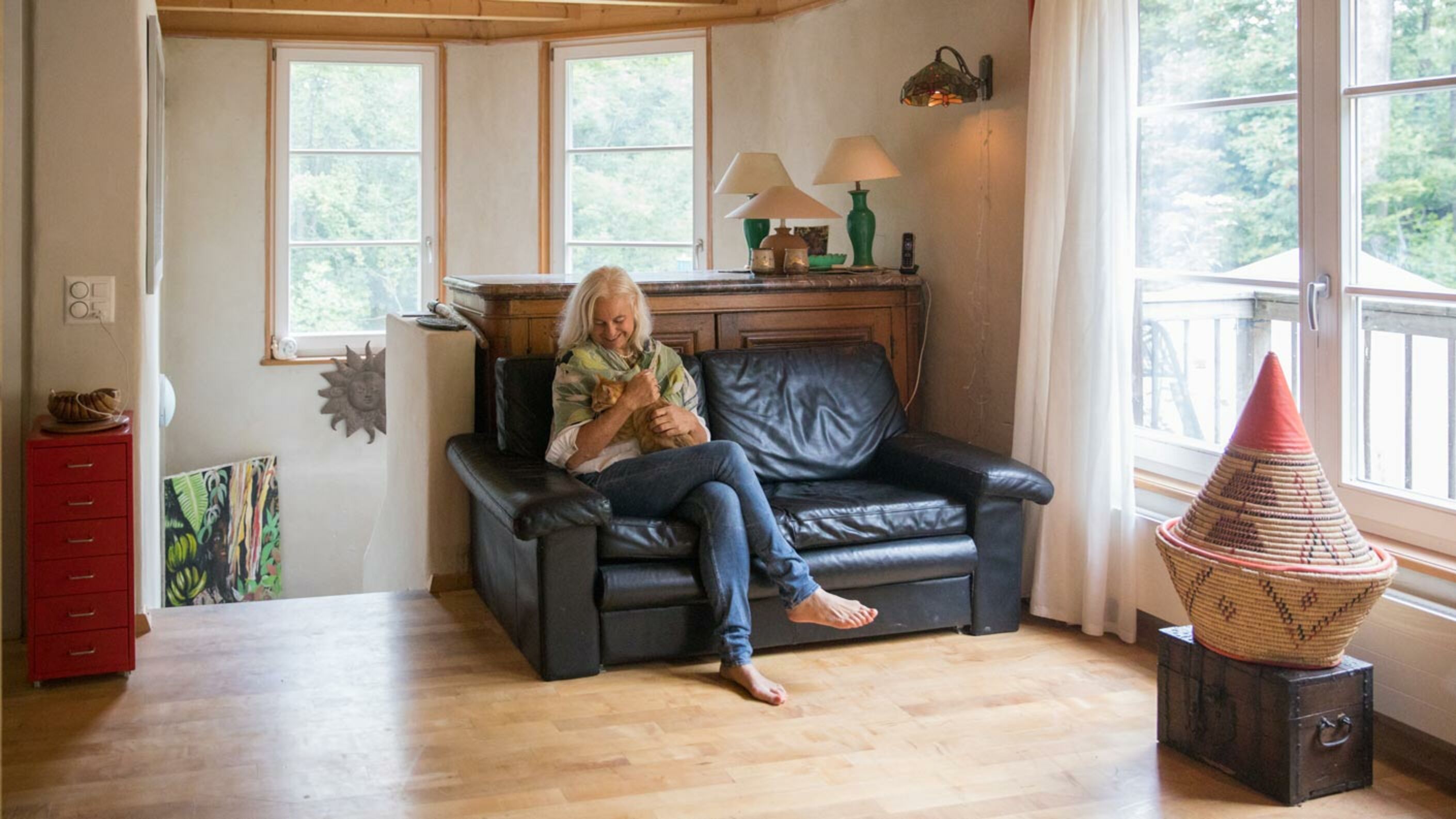 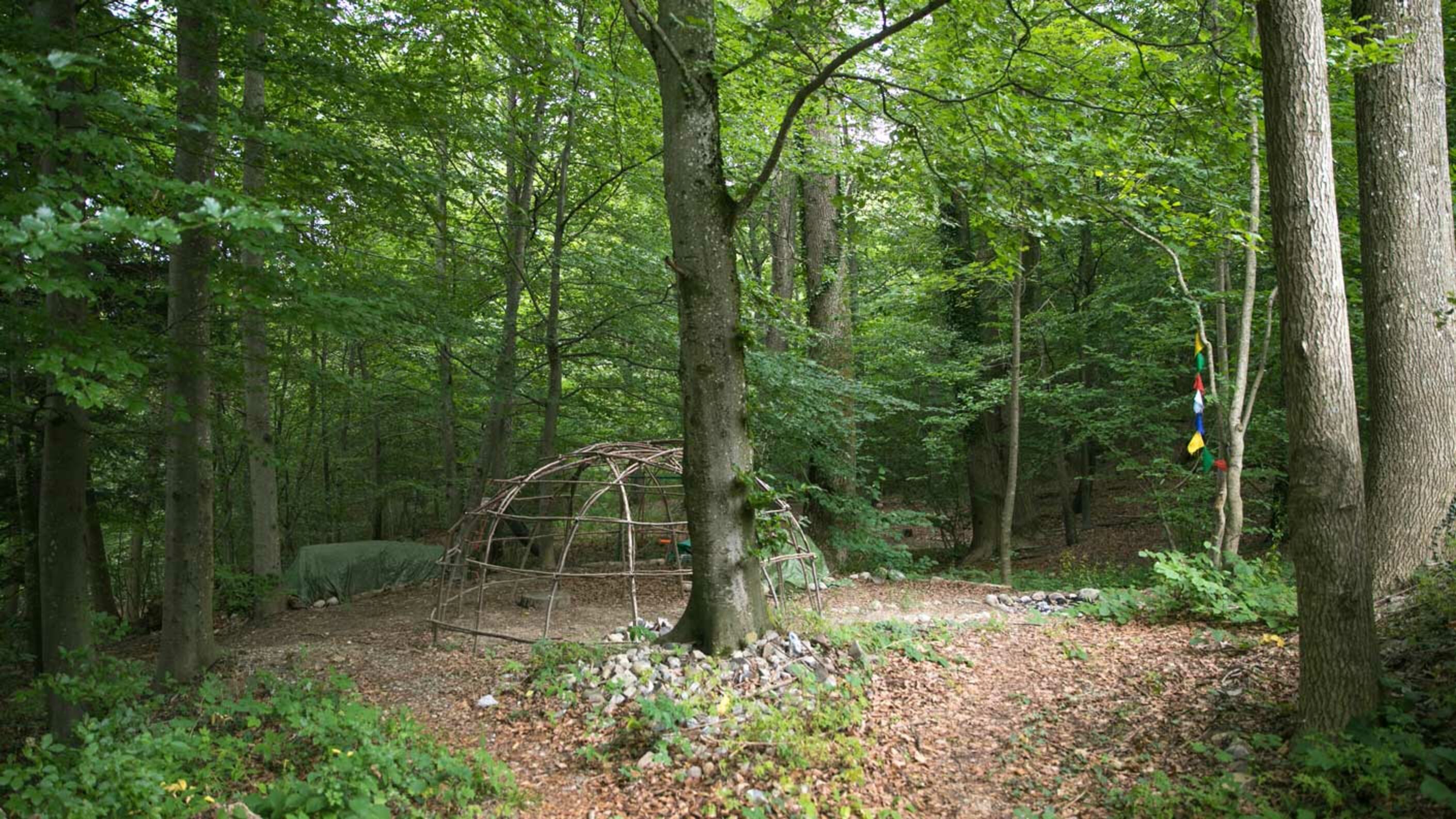 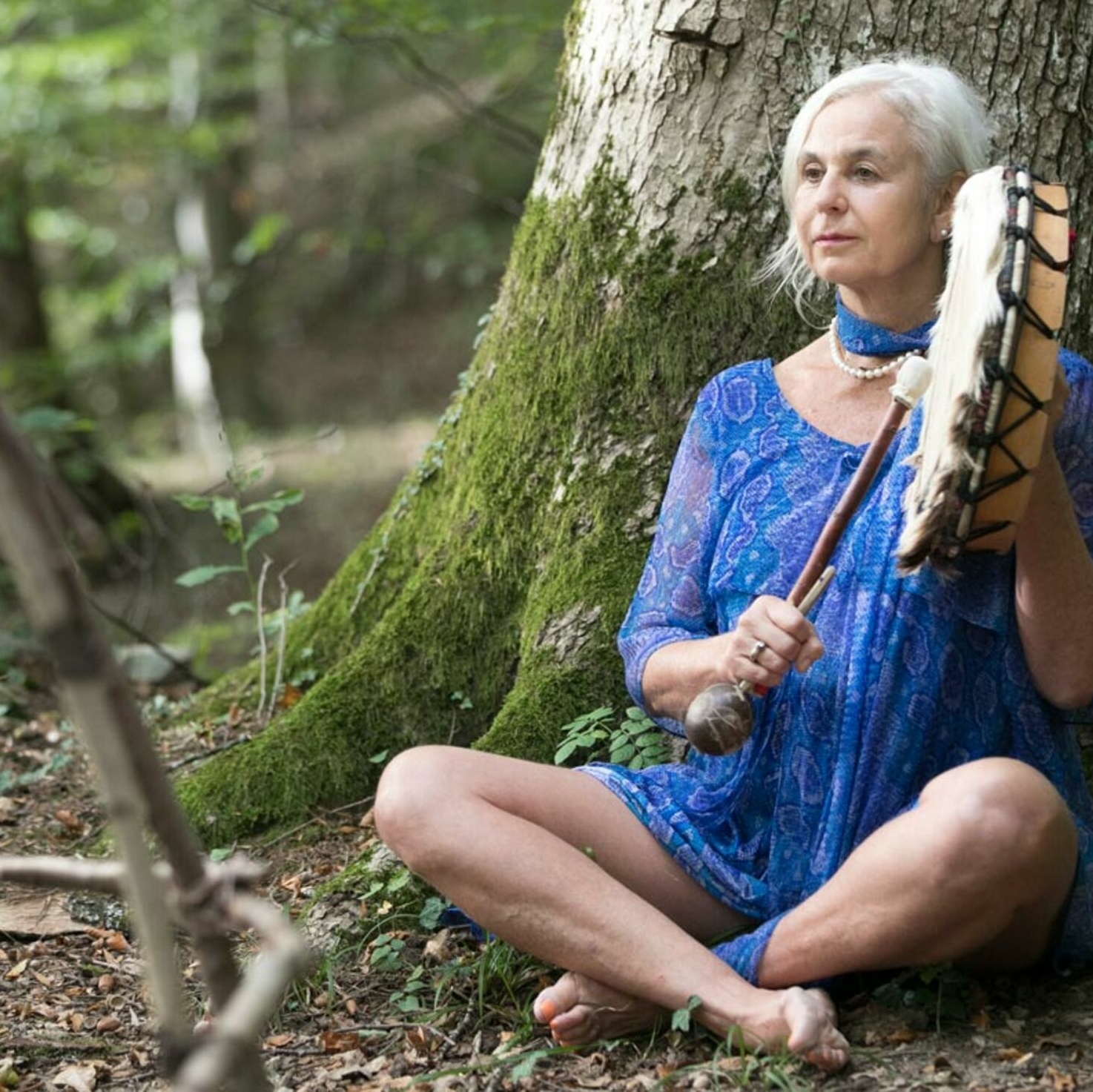 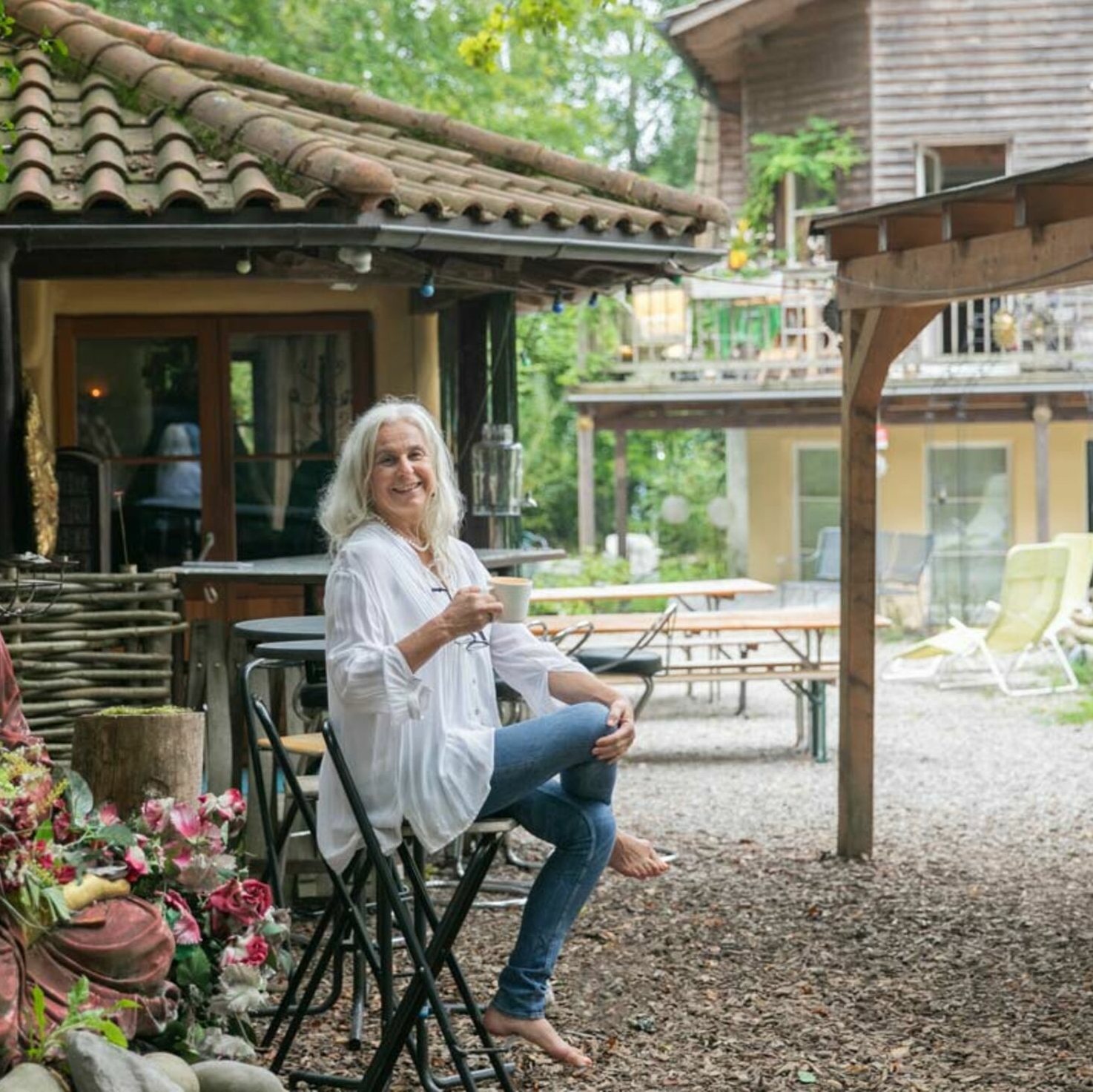 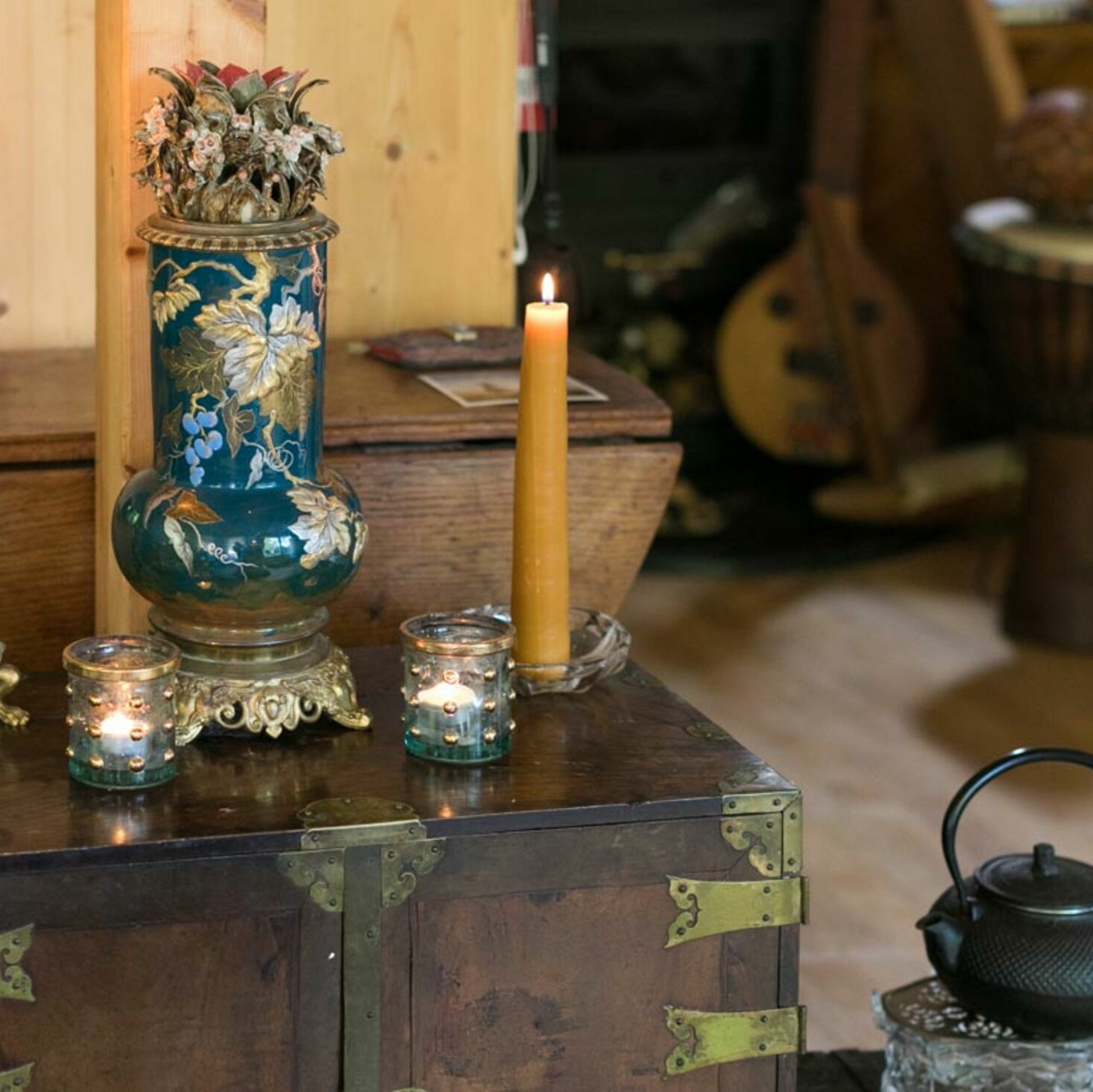 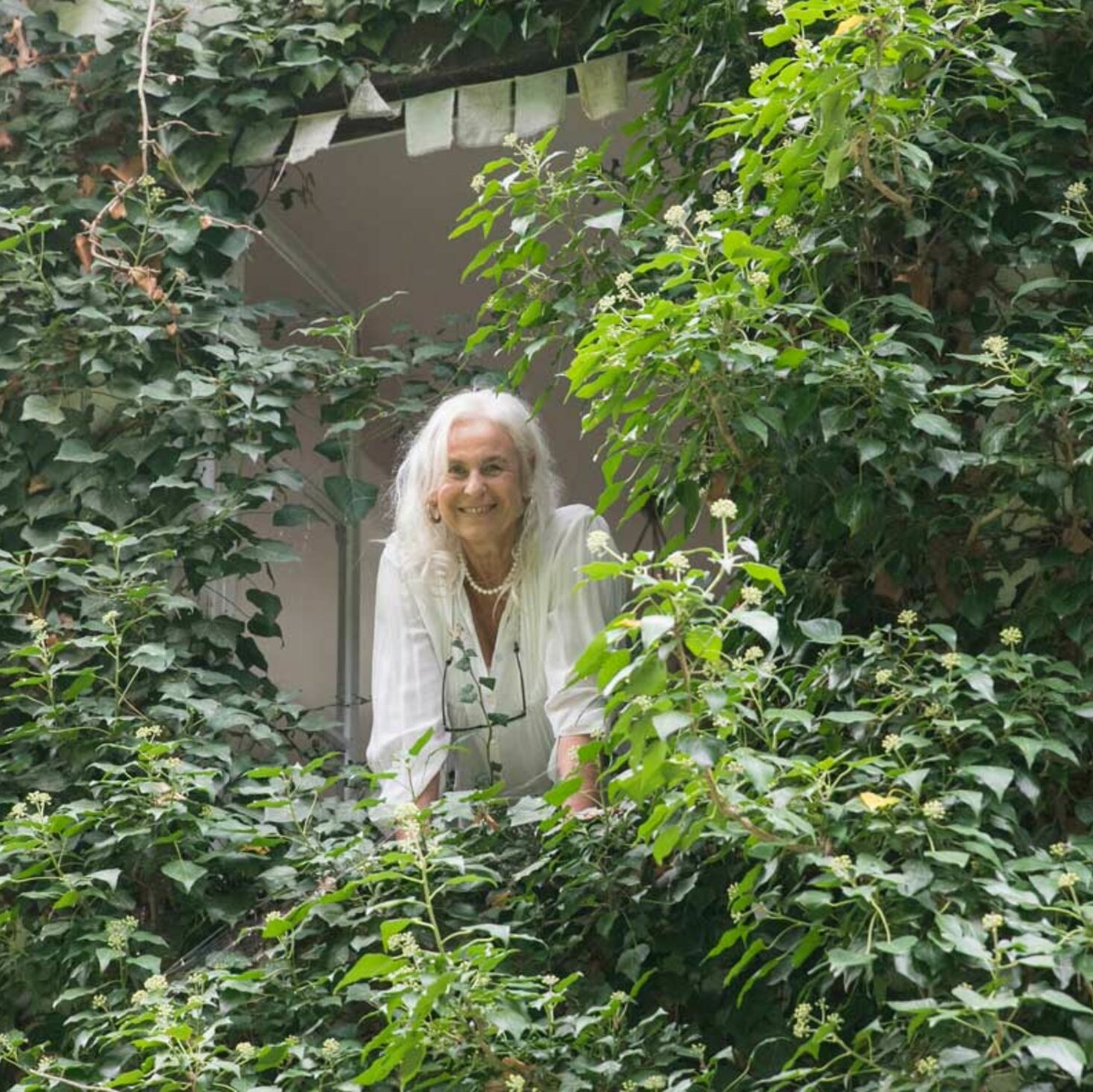 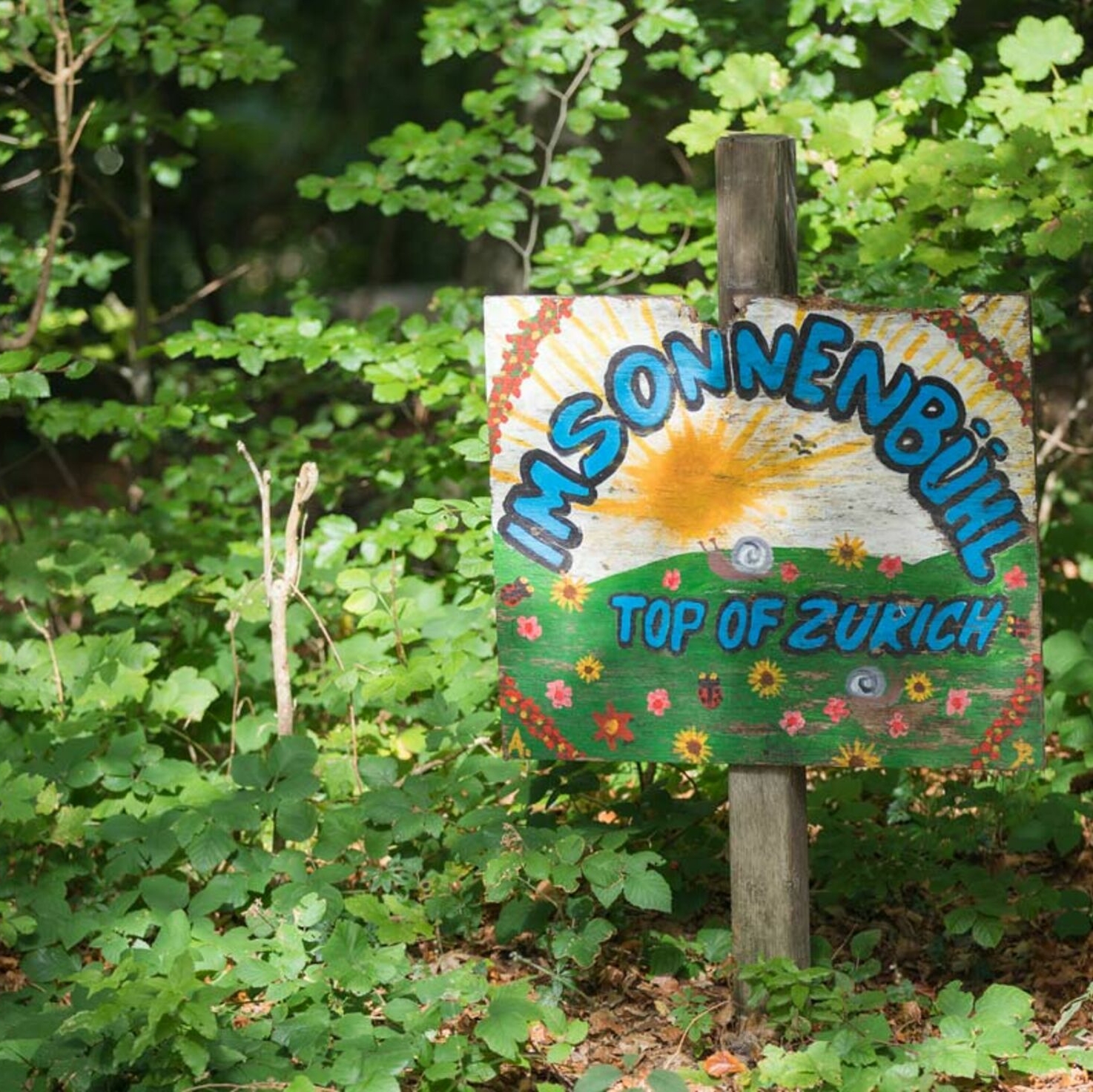 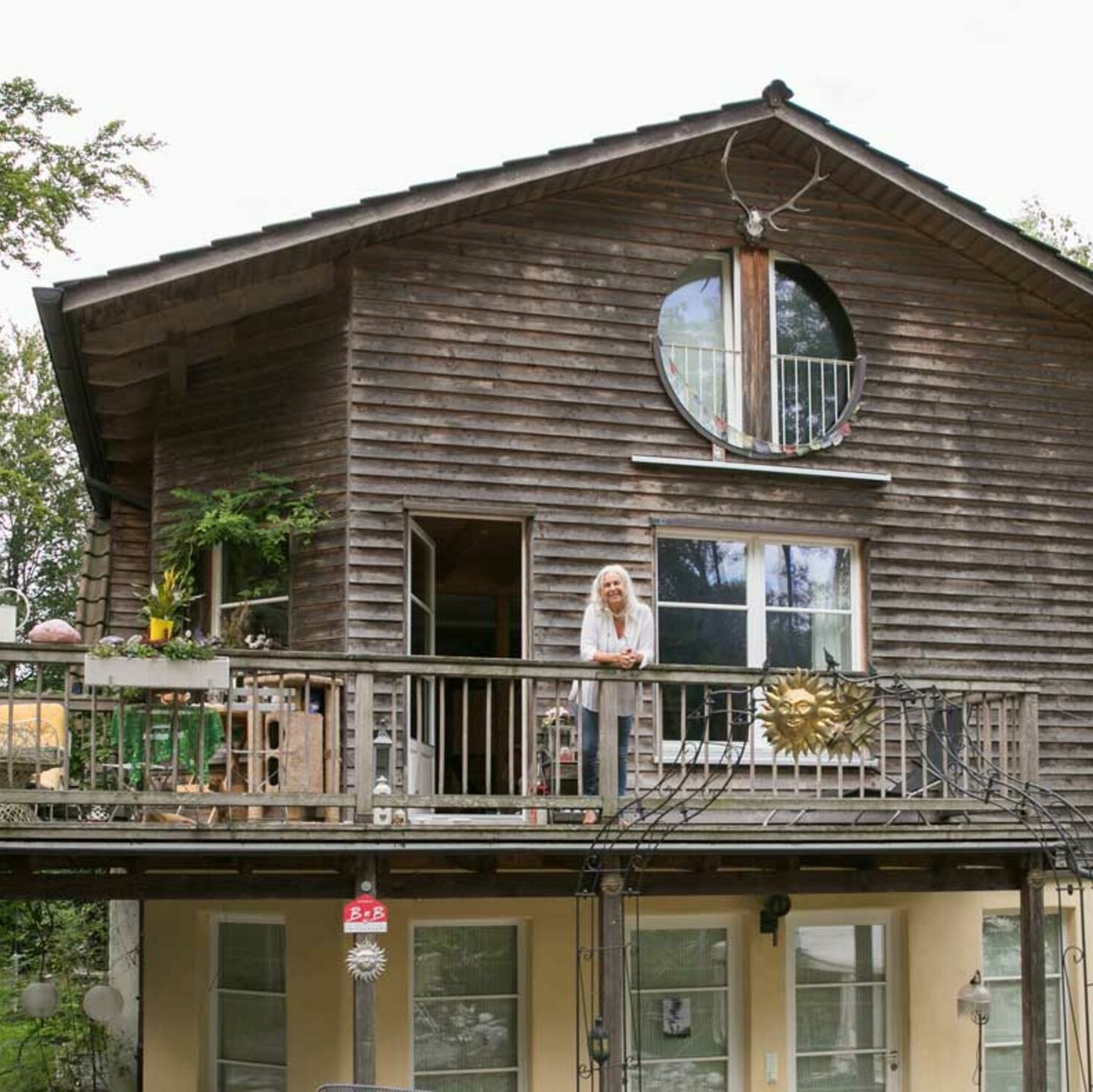 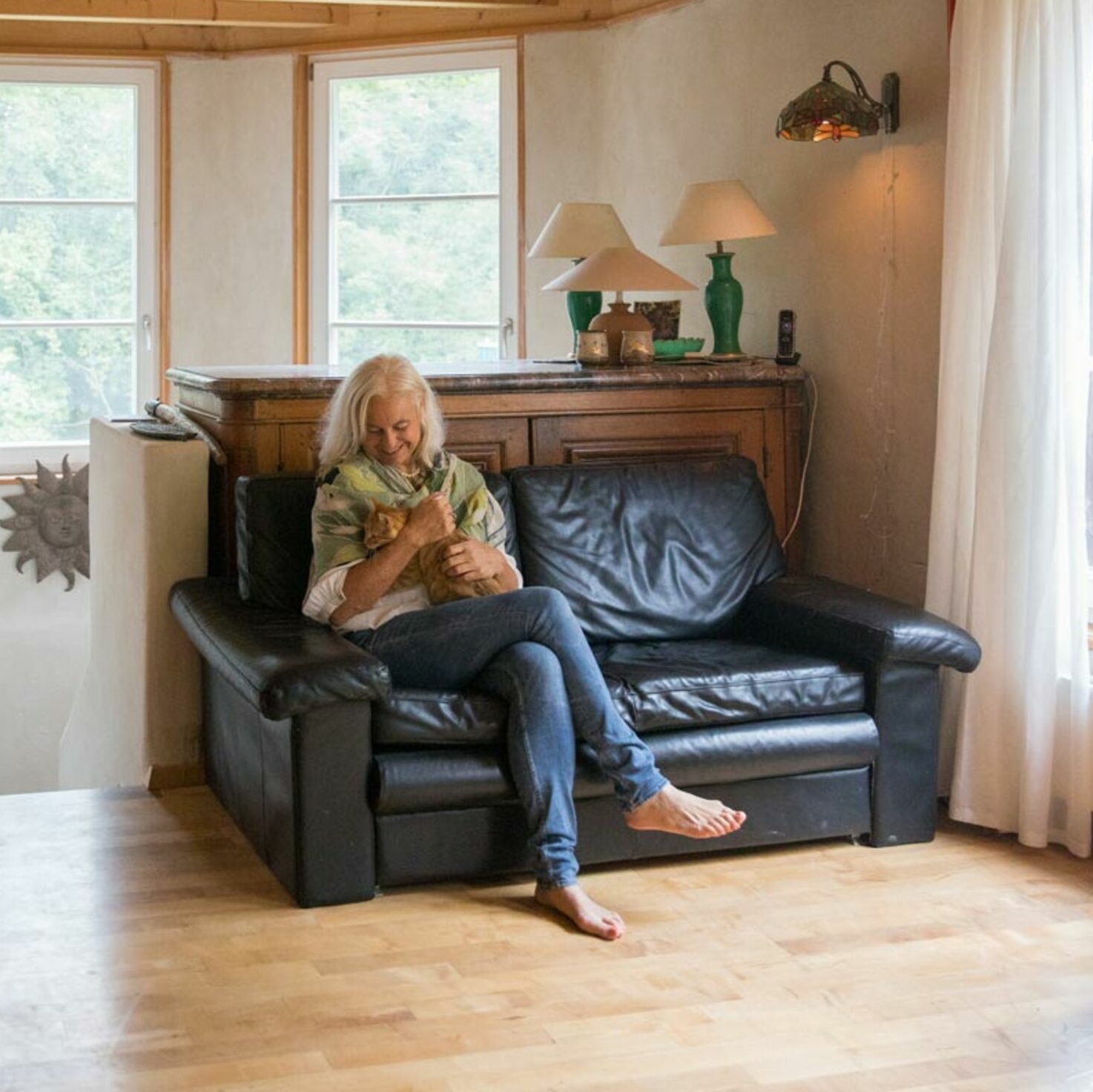 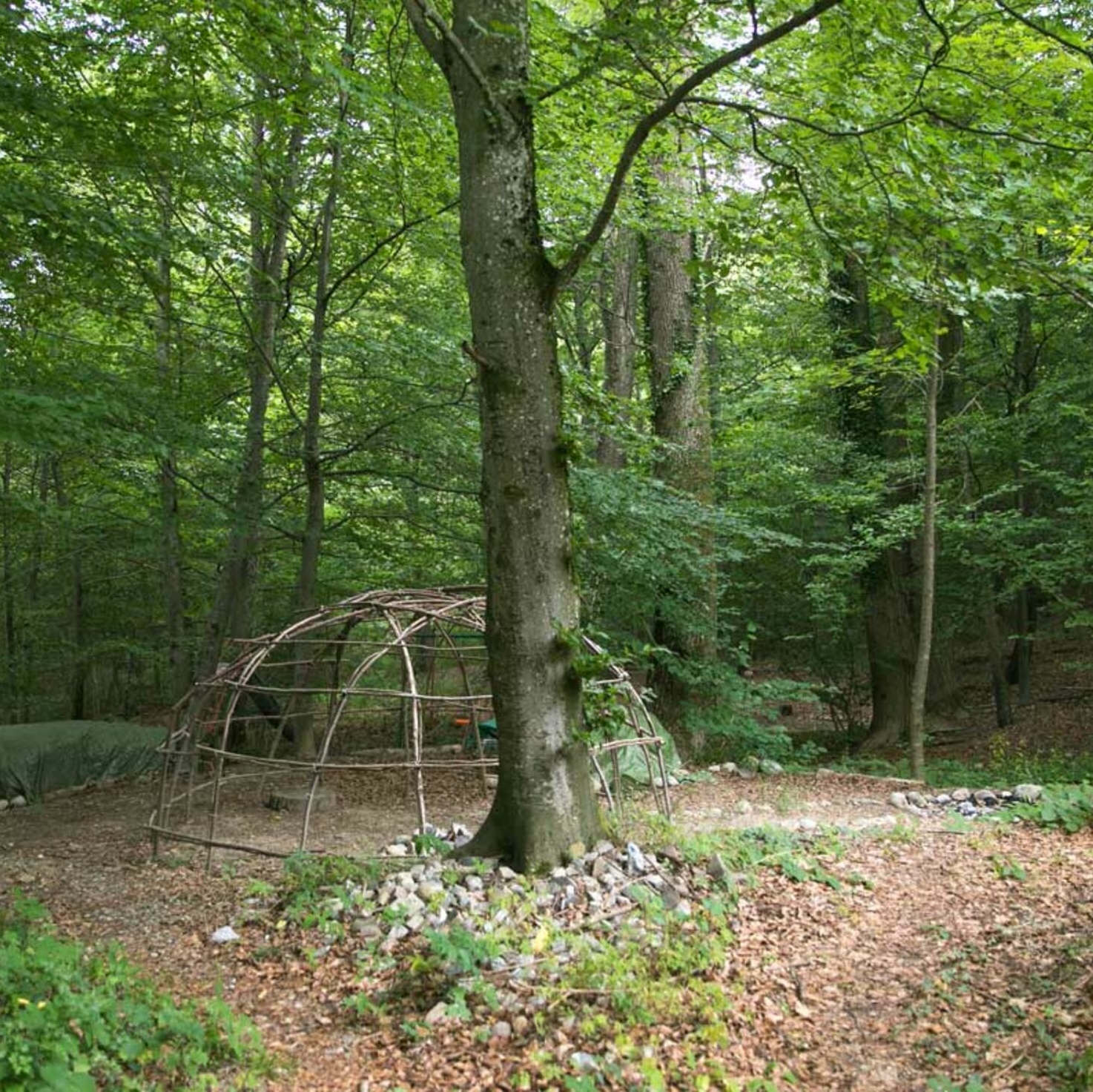 Jacqueline Mannheimer lives where others go to relax. Her home is just a few minutes’ walk from Uetliberg station. City-dwellers come here to celebrate special occasions or take a break.

Walk along the narrow gravel path that leads away from Uetliberg station and soon you’re in the midst of an enchanted garden. The sound of the passing trains is but a faint rumble. ‘My guests say it has a very special atmosphere,’ says Jacqueline Mannheimer.

She grew up in district six. When she was at kindergarten, her father Edgar Mannheimer bought the house called Im Sonnenbühl on the Uetliberg. From then on, this is where the whole family spent their summer holidays. His father’s customers and friends often came to visit: ‘As an art dealer, he spent a lot of time travelling. In summer, he wanted to return the favour.’

Jacqueline’s father came to Switzerland as a young adult: ‘He had nothing at that time.’ Of his family, only he and his older brother Max survived the Second World War. ‘My father was in three concentration camps,’ says Jacqueline.

Jacqueline knows his suffering in Auschwitz was accompanied by his dream of a rural idyll.

Edgar Mannheimer rarely spoke to his three daughters about his past: ‘He didn’t want to burden us.’ But Jacqueline knows his suffering in Auschwitz was accompanied by his dream of a rural idyll. ‘I think he would be happy to see what I’m doing with the property today,’ she comments.

In the early 1990s, Jacqueline moved out of the city to Uetliberg. Her two sisters had no interest in the house: ‘They no longer feel any connection to Sonnenbühl and never come to visit,’ says Jacqueline. But her children grew up here and still feel a strong attachment to the place.

Jacqueline currently lives alone on the upper floor of the main house. But she doesn’t feel lonely: ‘The trees are my neighbours, and I love the silence.’ Sometimes she looks after young people from the Gfellergut social education centre and offers them a temporary home. For the last few years, she has also been renting out the ground-floor flat and a guest house to tourists and business people.

The Sonnenbühl can also be booked for special occasions such as birthdays and weddings.

The Sonnenbühl can also be booked for special occasions such as birthdays and weddings. Jacqueline is always happy to help her guests organise their events. ‘First I talk to everyone involved’ – for her, it’s important to have the right chemistry. Public events are also held at the Sonnenbühl, such as day parties, yoga classes and spiritual cleansing ceremonies.

As a young woman Jacqueline often assisted with home births. She adds: ‘My boss at the time always made fun of me because I came from a Jewish family but couldn’t speak Hebrew.’ So she decided to take unpaid leave and travel to Israel, where she learnt the language and worked in a hospital – first on the emergency ward, and later on the children’s cancer ward.

‘When I started, some people thought I had joined a cult!’

In the afternoons, she often attended an art school in Jerusalem. It was here that she met a teacher who invited her to dinner with his family: ‘His wife and I had many shared interests,’ says Jacqueline. One time, she handed her a newspaper clipping about a yoga teacher-training course. ‘I fell in love with it straight away.’ Jacqueline completed her training in Israel, then added another qualification in Canada. Zurich has been enjoying a yoga boom over recent years. ‘Many people find it’s a way to analyse themselves at a deeper level,’ says Jacqueline, adding with a laugh: ‘When I started, some people thought I had joined a cult!’

Jacqueline was brought up in the Jewish tradition but says: ‘I’ve always been a free spirit’. She began questioning the traditions and rituals of faith at an early age, ‘but all too often the only explanation I got was, “it’s just what we do”.’ That wasn’t enough for her. Nowadays she is mainly drawn to Jewish mysticism, ‘but I’m actually interested in all religions and cultures,’ she says, ‘On my very first car I had a bumper sticker saying “One God. Many names”.’

Jacqueline spent many years working at some of Zurich’s top hotels, where she offered reflexology treatments and integrative whole-body work. ‘I want to help people activate their powers of self-healing.’ Sometimes all it takes is a night at Jacqueline’s guesthouse: ‘People who suffer from sleep disorders often say that here at the Sonnenbühl is the first time in years they’ve had a good night’s sleep.’