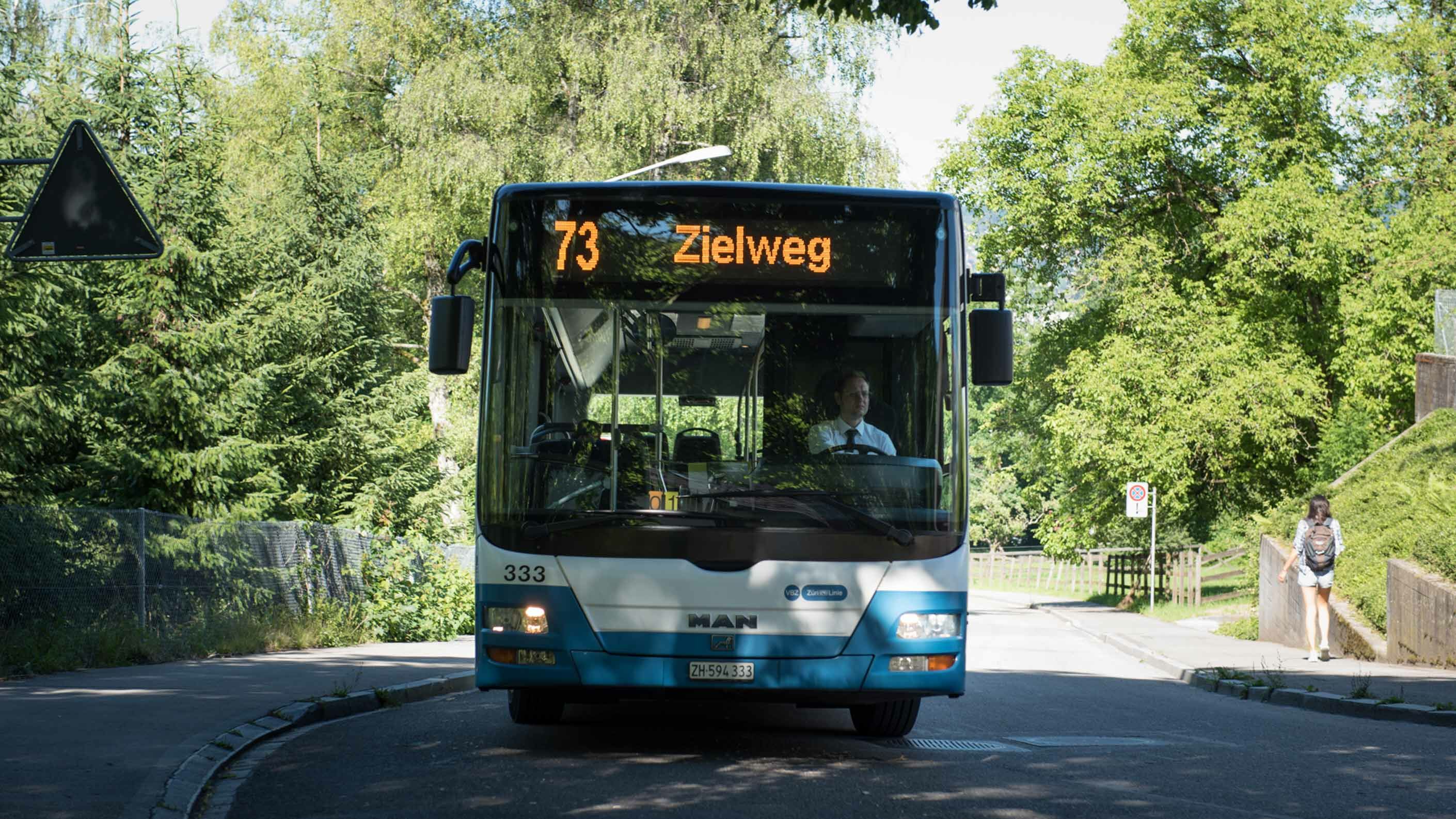 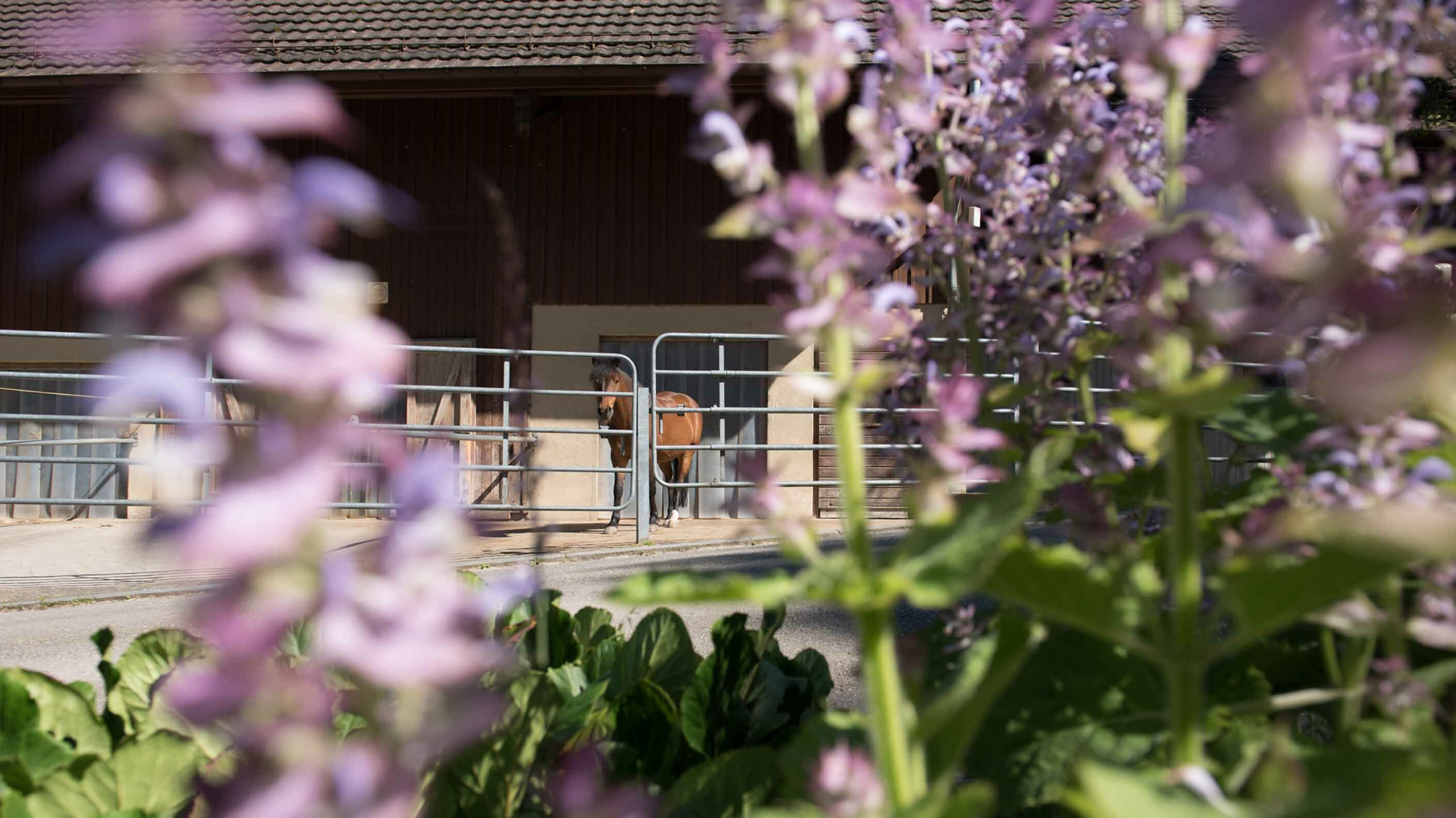 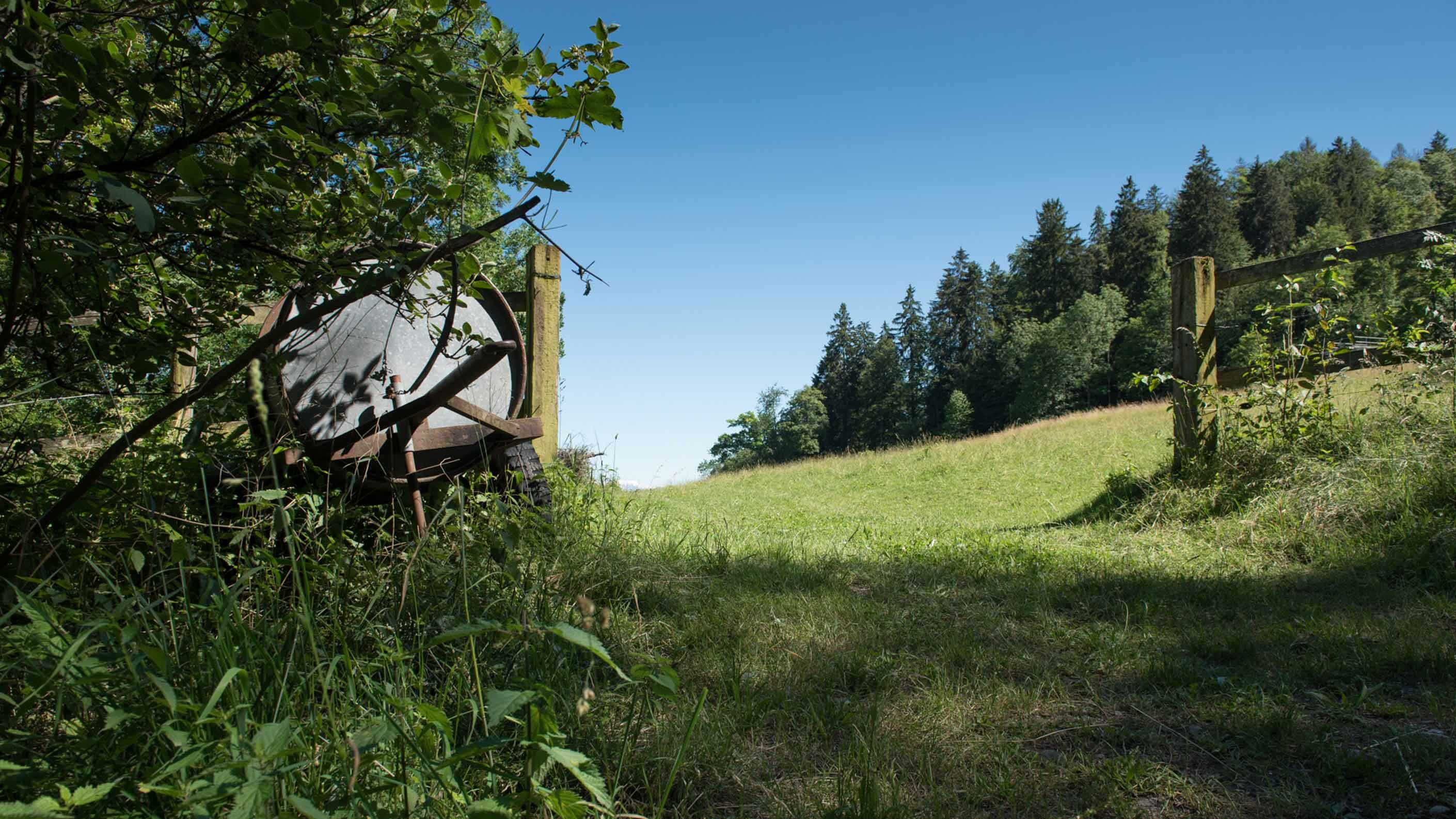 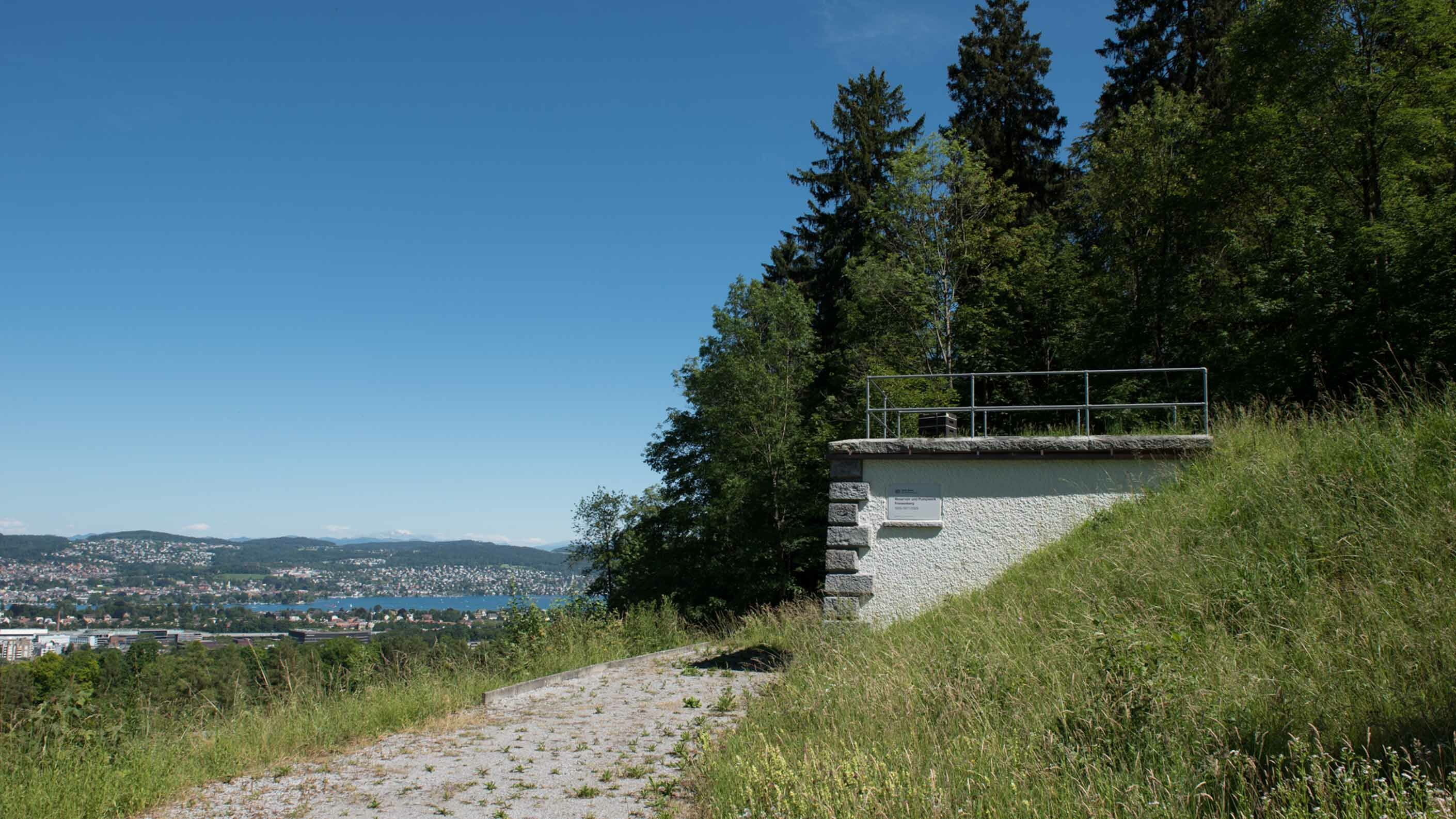 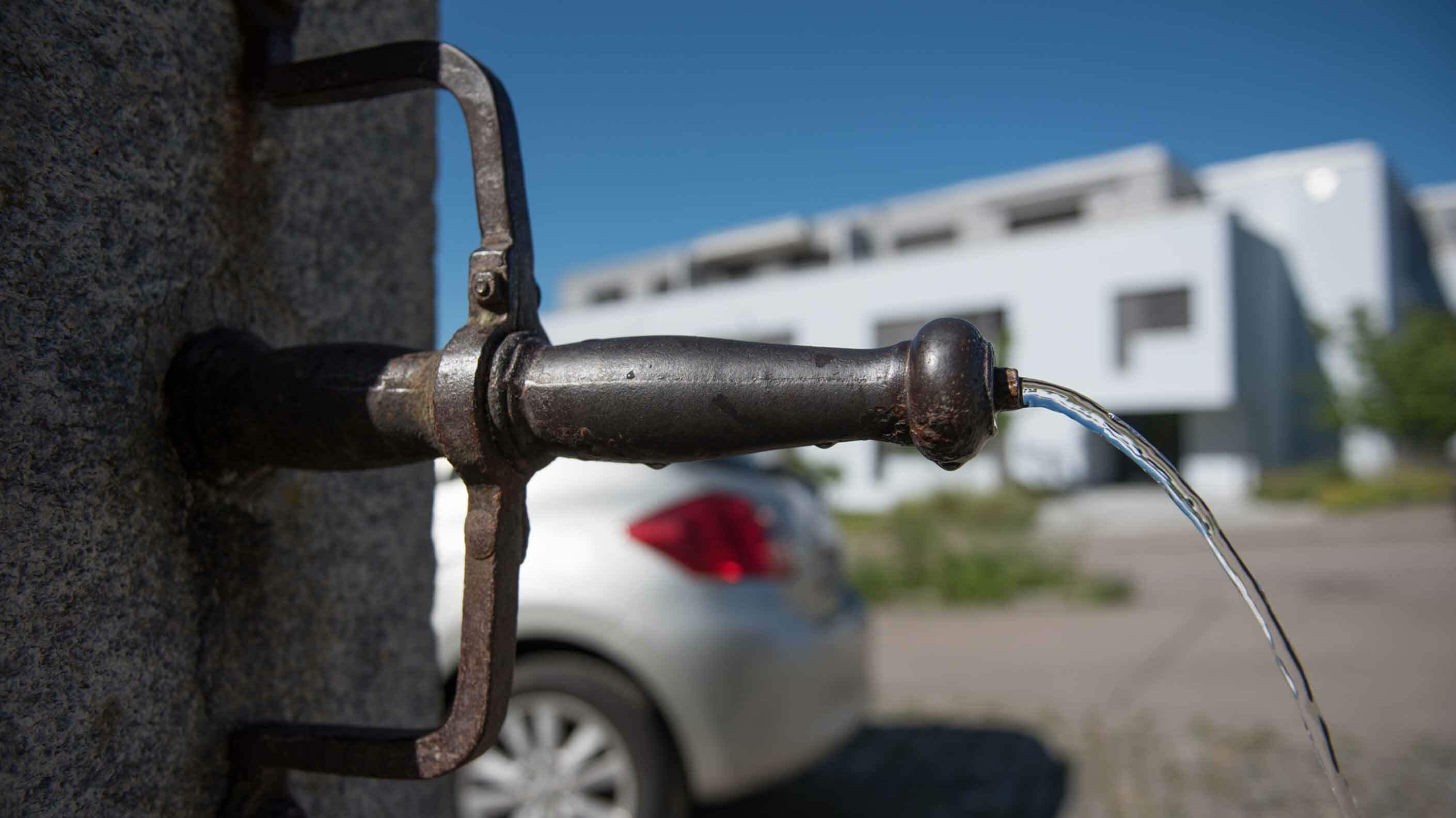 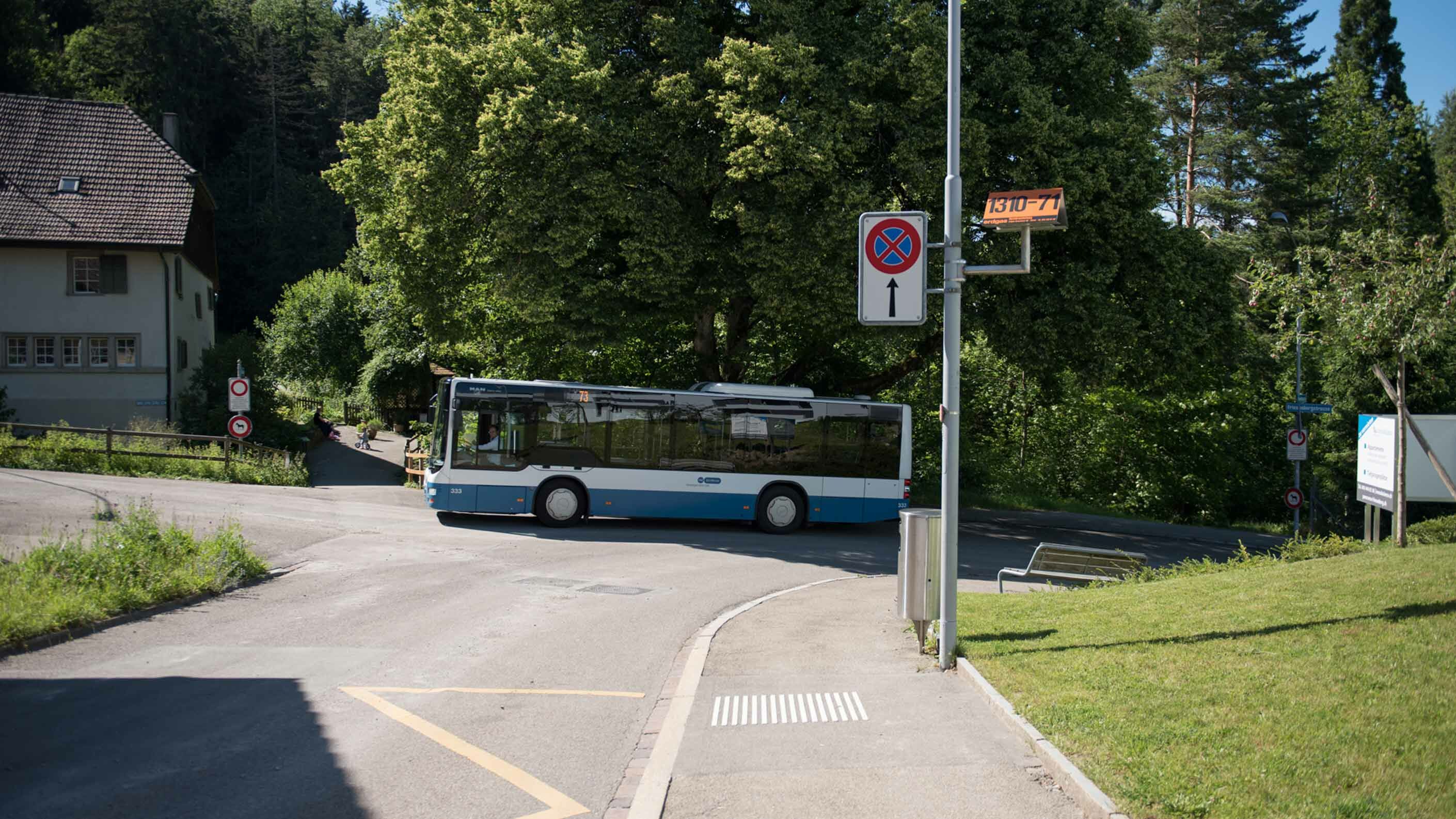 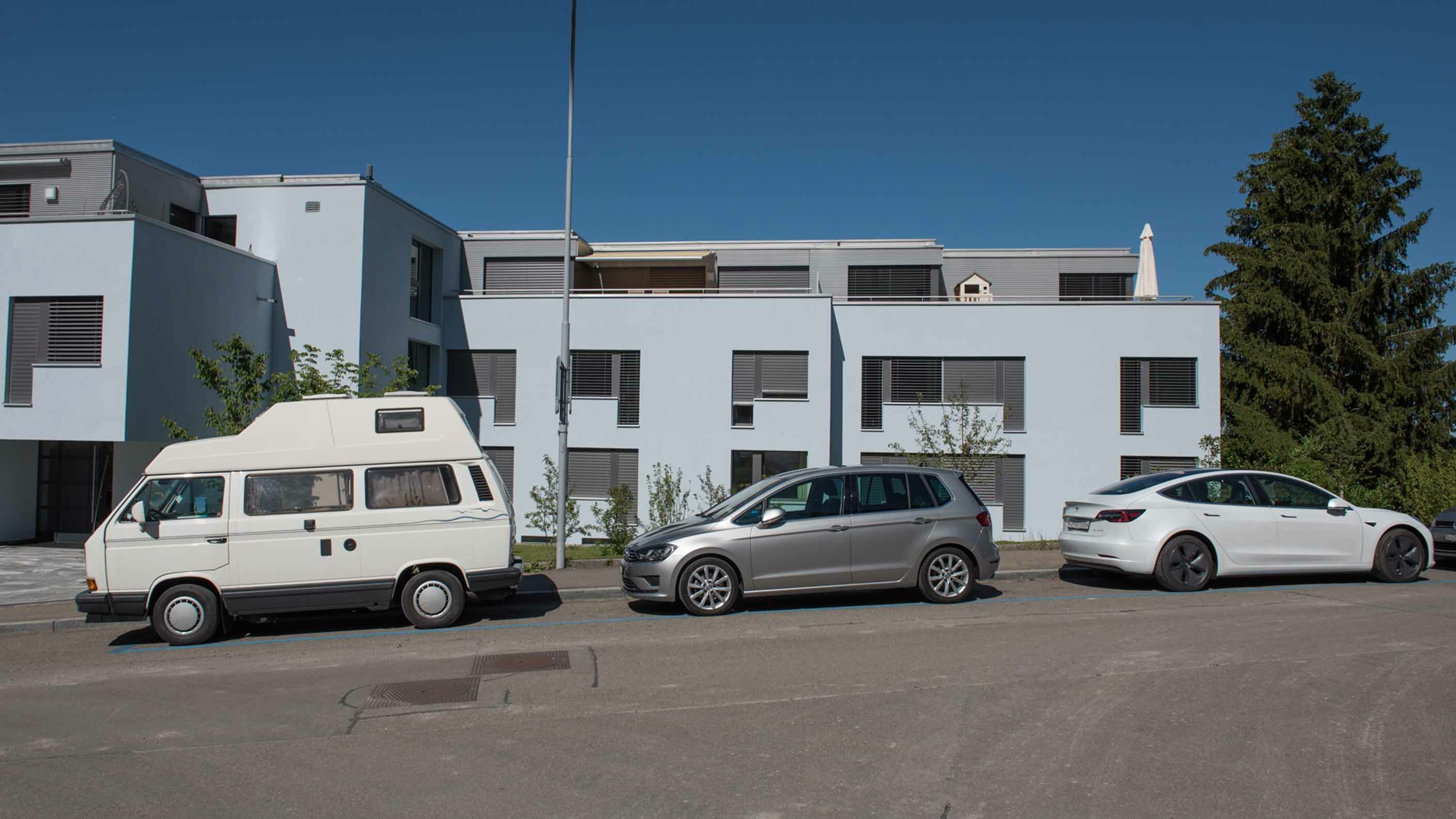 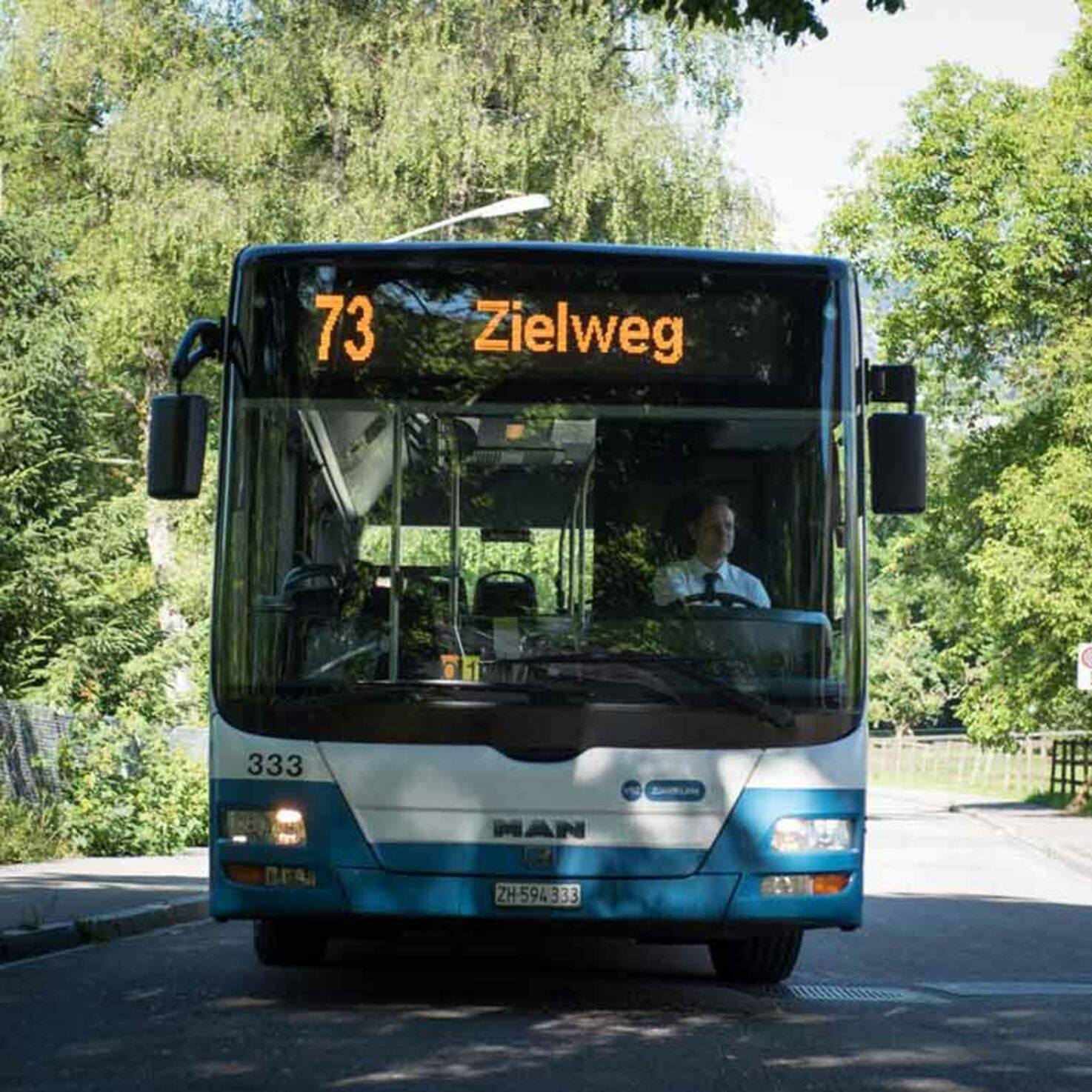 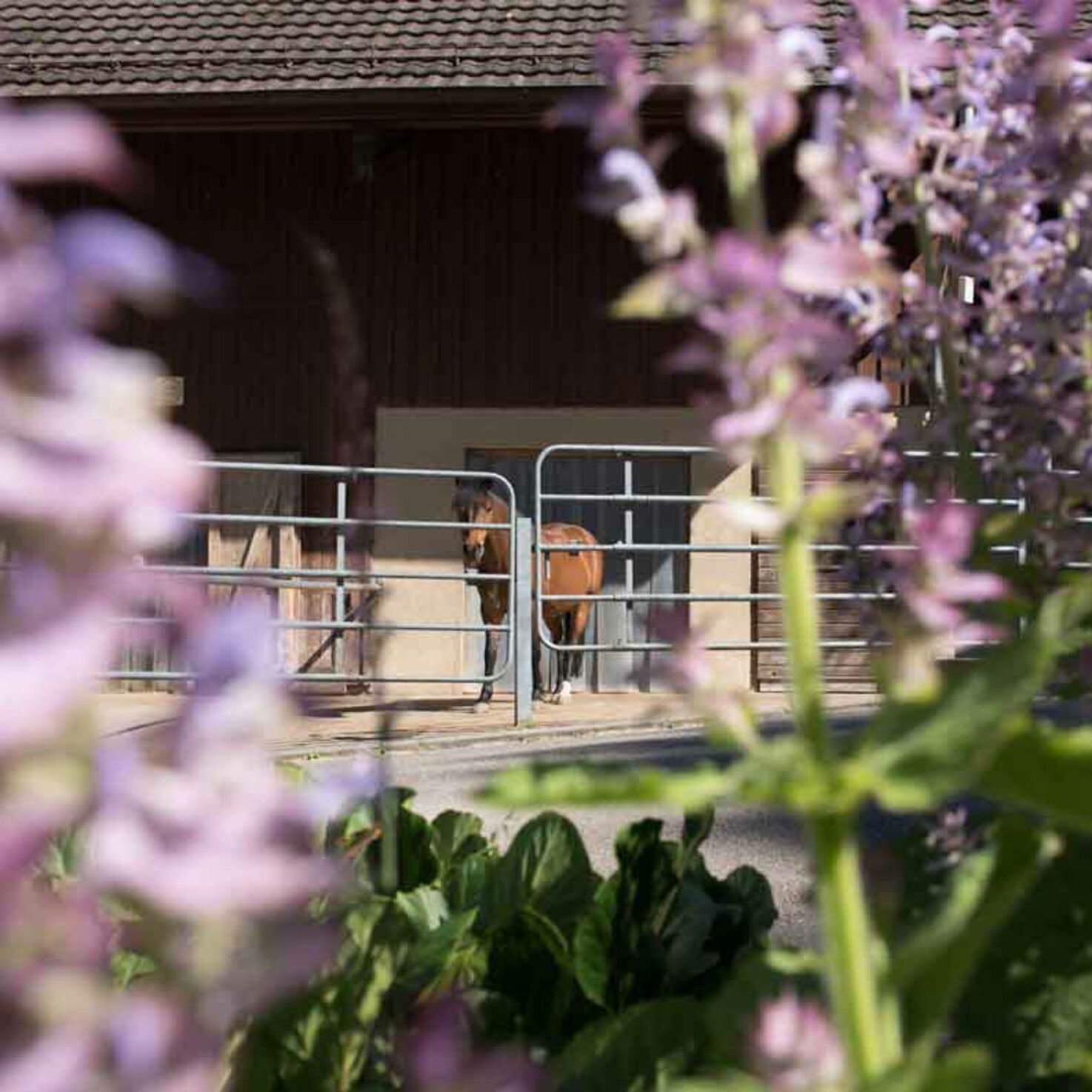 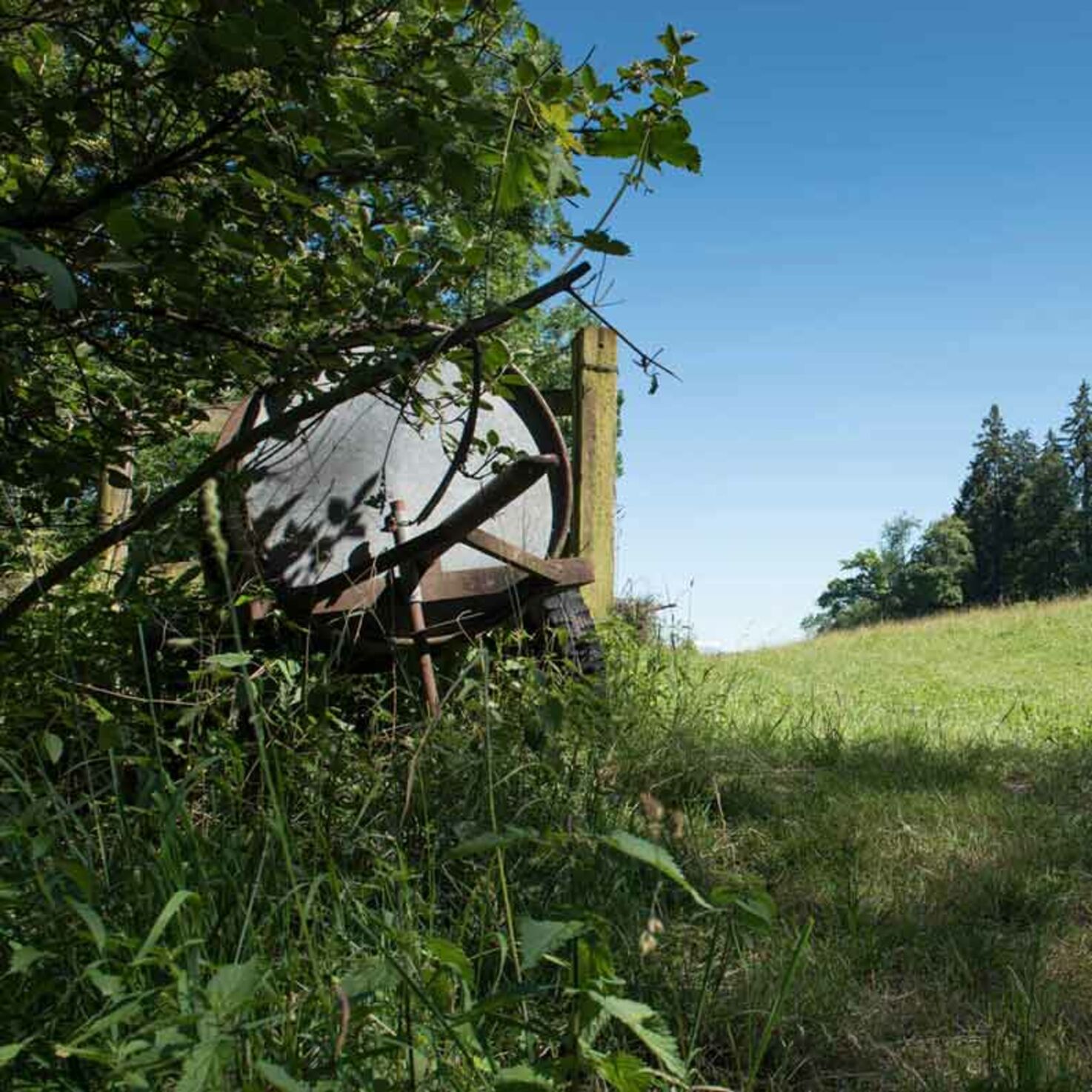 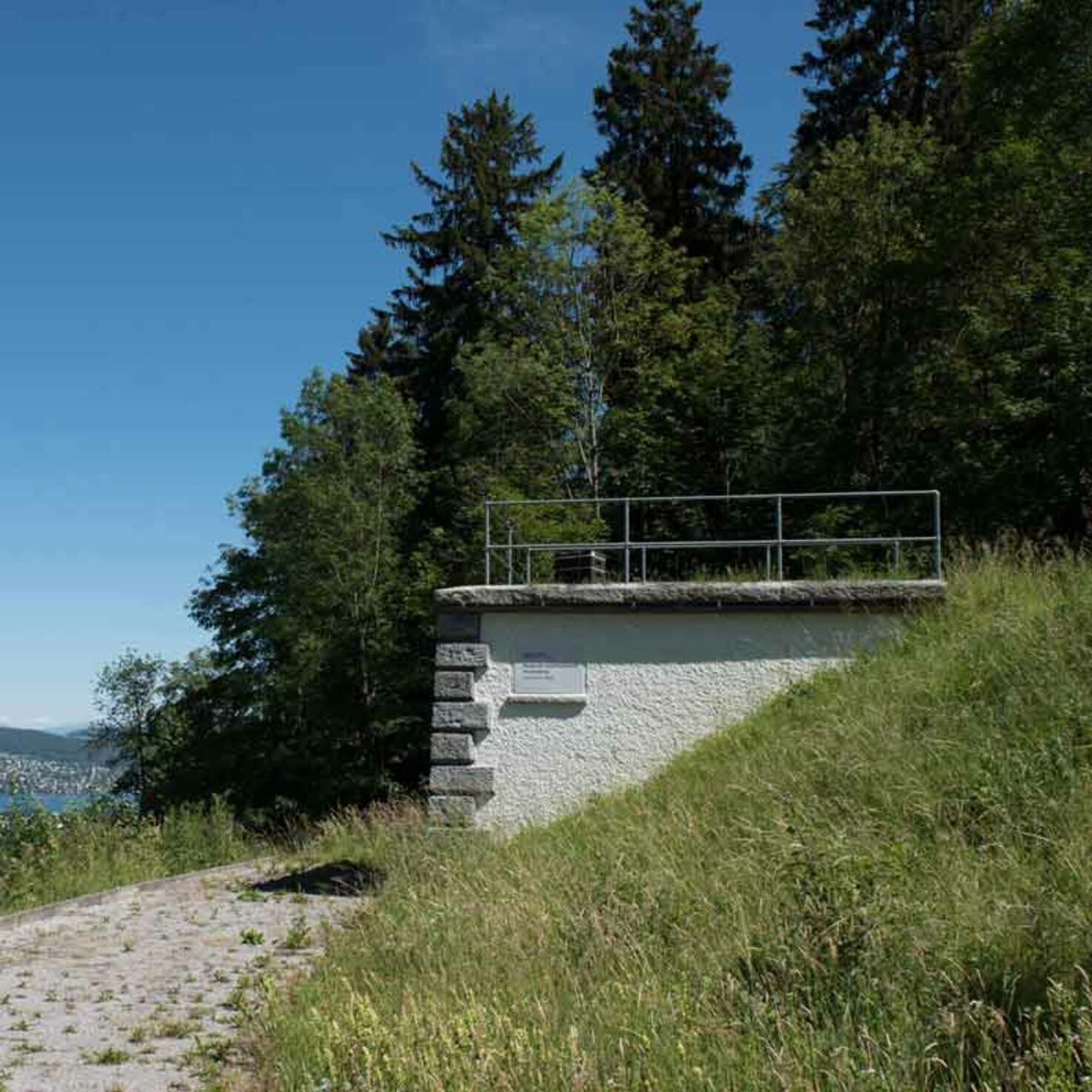 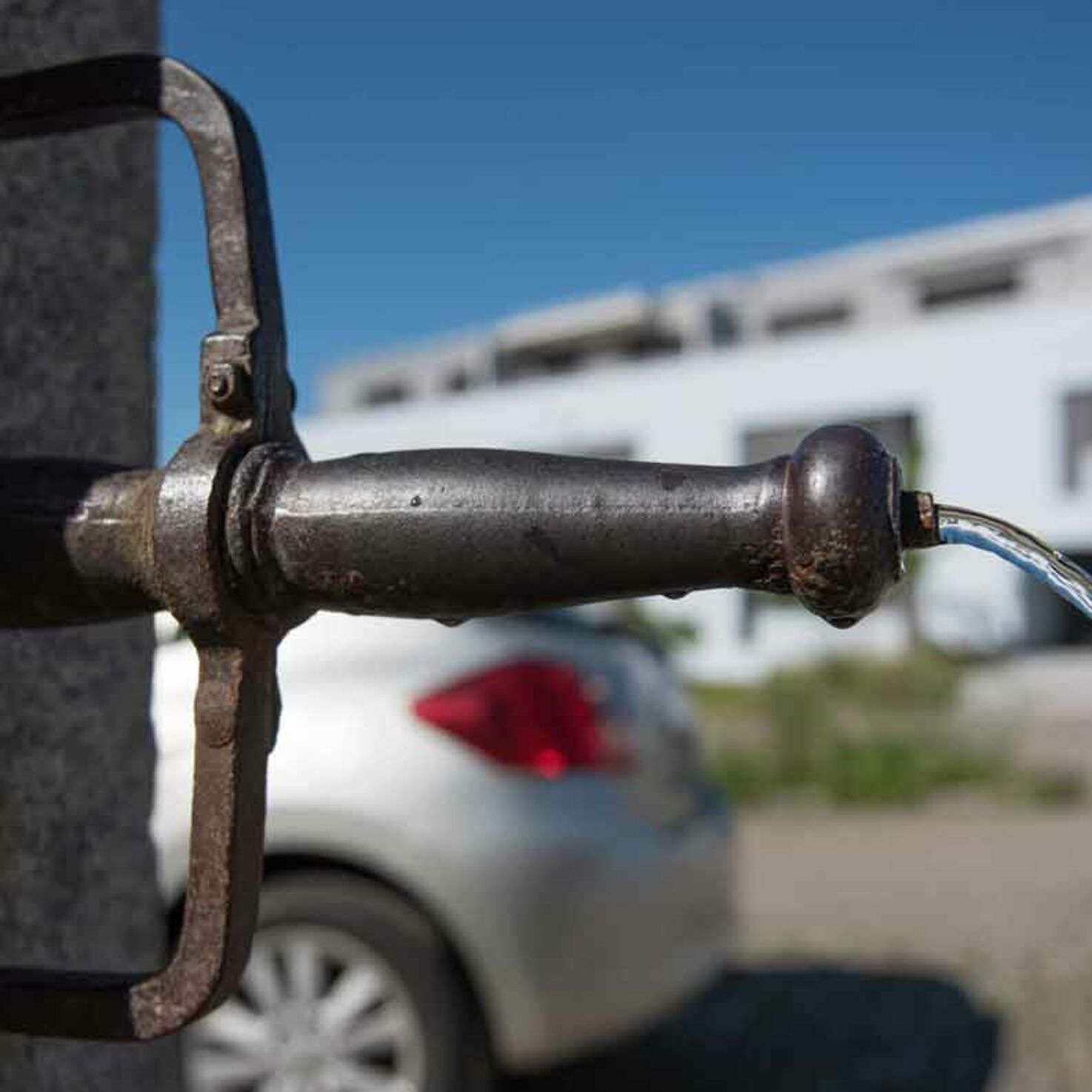 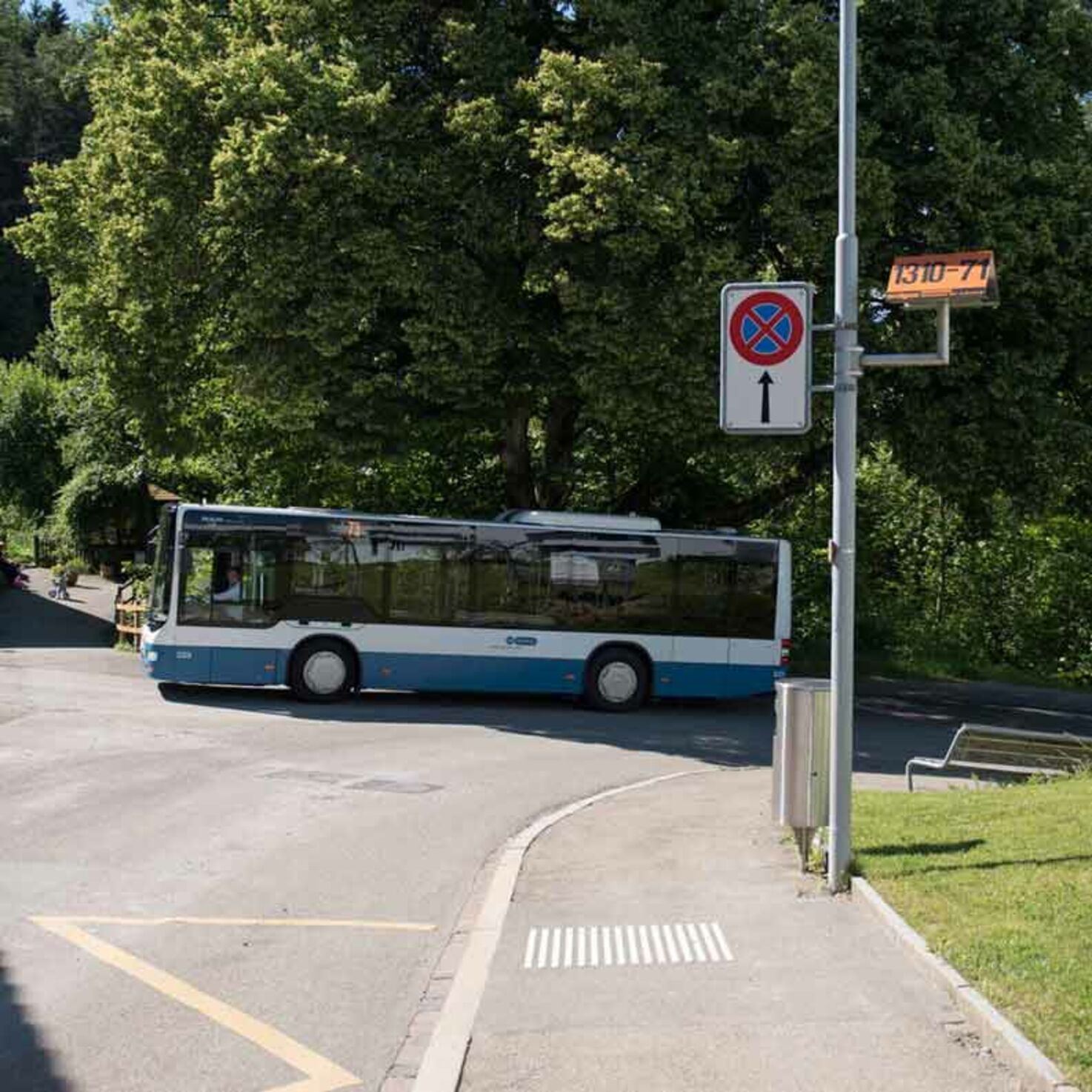 The record-breakingly short 73 bus route finishes at Zielweg. It all started with a taxi service run by the bus companies. Many people think its name – which can be loosely translated as ‘target way’ – has something to do with the shooting range that used to be located here, but in fact that is not the case.

This terminus doesn’t actually feel like the end of something, despite the fact that it bears the name Zielweg. The bus drivers don’t even have time to stop for a cigarette or hang around in front of their bus. The schedule is too tight for that – the buses arrive, turn around and head off again.

Zielweg is a good starting point for walkers and bikers. As the crow flies, it is just 500 metres to the Uetliberg tower and a 15-minute walk to the Friesenberg castle ruins. These ruins are in the process of doing what ruins tend to do – fall down. But the Friesenberg ruins were crumbling at such a rate that the city finally decided the castle had to be saved from total ruin. It is currently surrounded by railings.

It is a popular destination with day trippers.

The cluster of buildings around the bus station includes another that has seen better days – an abandoned pistol range. This is where the members of the Wiedikon Shooting Association used to train.

Place name researchers initially thought that ‘Zielweg’ had something to do with the shooting range – after all, the footpath runs close to the Albisgüetli shooting club. But in fact they were mistaken.

It was actually an employee of VBZ, the Zurich public transport network, who was allowed to name a new stop as a reward for 20 years of service. Perhaps he was inspired by the Confucian saying ‘the way is the goal’? A guest author has written a witty article about this in a blog on the VBZ website.

There is a grain of truth in the fact that the bus route is a recent creation. The number 73 bus route may be incredibly short, but its history is not particularly long.

It all began in 1986 with a scheduled taxi service. At the time, the TV news show DRS aktuell reported that it was initially a two-and-a-half-year pilot scheme. A private taxi company was kept busy ferrying people from the Friesenbergstrasse stop up to the Uetliberg cemetery, meaning that passengers could take a taxi using their bus ticket. It was cheaper to do this than set up a regular bus service. According to DRS aktuell, the two-and-a-half-year test period cost 250,000 rather than 410,000 francs.

Demand was so great that the public transport companies decided to continue the route, but it was later switched to a bus service. Today there are only three stops on the route between Schweighof and Zielweg: Friesenbergstrasse, Friesenberghalde, and Uetliberg cemetery.

But how many passengers actually know where Zielweg is?

Local Zurich politicians even got involved with the Zielweg terminus because it had the dubious honour of being a terminus that nobody had heard of. It was mentioned in a written enquiry made by city councillor Eduard Guggenheim (AL) in 2019 because of his belief that the growing VBZ public transport network should be made easier to understand. In his note to the city council, he complained that the terminuses displayed on VBZ vehicles were a total mystery, even to people who lived in the city. He wrote that it was ‘totally unclear where Kienastenwiesweg, Dunkelhölzli and, ironically, Zielweg were meant to be.’ Guggenheim also called for all vehicles to display the name of the area where the terminus is located. Nevertheless, his request proved to be fruitless – the city council replied that the technical difficulties were simply too great.

So VBZ users still have to cope with the lack of indication that Zielweg is in Friesenberg and within the formerly independent municipality of Wiedikon.

But perhaps their memory will be jogged by a final explanation about where the name Zielweg comes from. It is actually devastatingly simple. Many years ago, there were fields at the foot of the Uetliberg and on the outskirts of the city. In Swiss dialect, the word ‘Zileten’ refers to the furrows on arable land, and the word Zielweg is derived from this.

The bus stop still retains a few remnants of its agricultural past. There is a stable in the middle of the turning loop, and on Friday afternoons girls can be seen grooming the horses and cleaning their hooves. Meanwhile, boys from the nearby blocks of flats fill their water balloons at a trough that probably used to serve the local cows. But the bus has to continue ploughing its furrow back to Schweighof.

The 73 bus runs between Schweighof and Zielweg. The journey takes about 5 minutes. For the timetable click here.