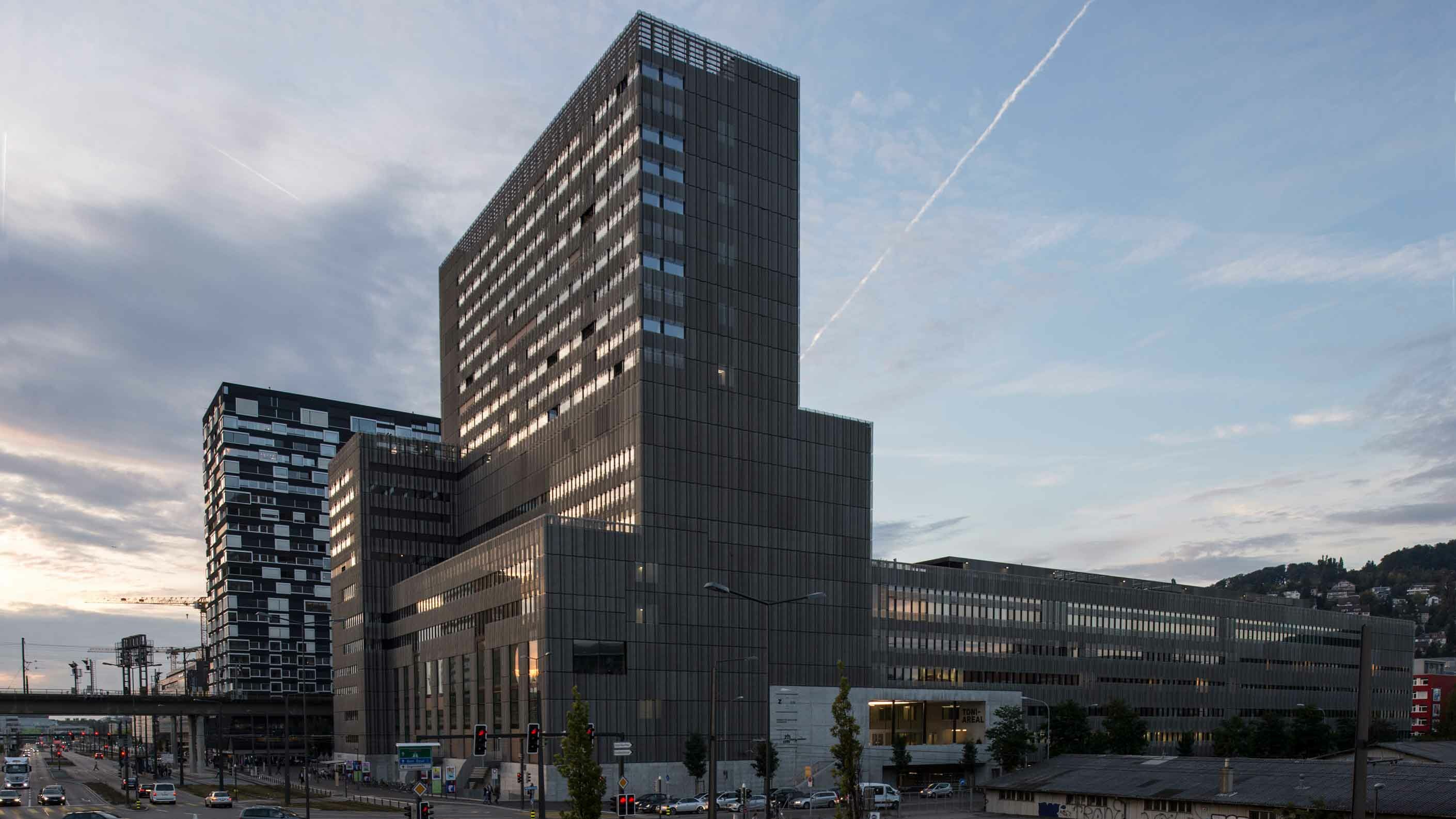 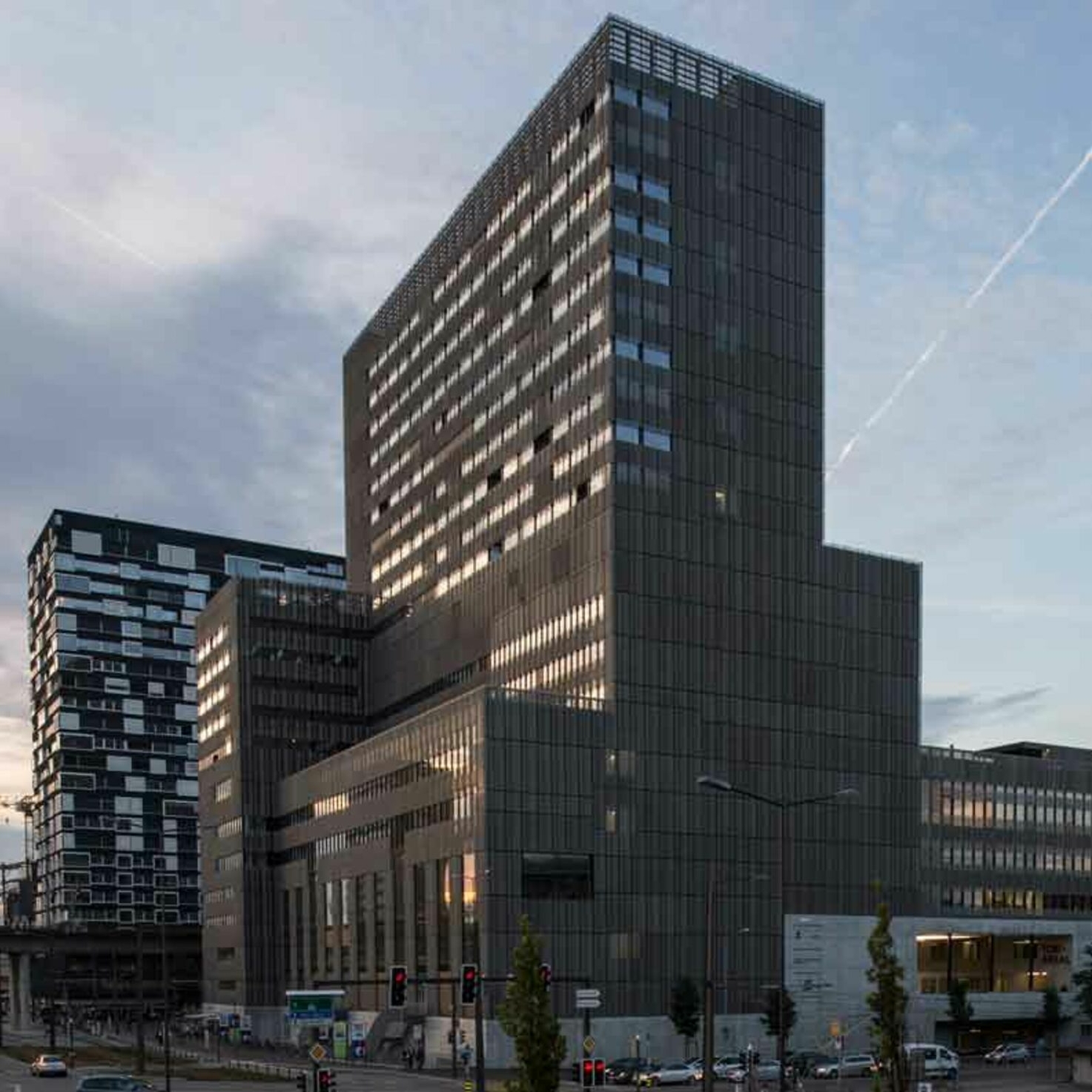 It was once proudly known as the biggest milk-processing plant in Europe. In the 1970s, the Toni dairy was even visited by royalty. Later, this industrial site became a popular party venue – which made it probably also a stage, at least for party queens. Today, the Toni complex is frequented by art students.

At the heart of the city of Zurich is a place where the agricultural product par excellence – milk – used to be processed on a large scale. Lorries used to deliver up to a million litres – every day. It was turned into products that included Toni yogurt. It was known as ‘das im Glas’ (‘the one in a glass jar’), because witty advertising campaigns in the 1980s made it well known and popular. The success of this yogurt from the city of Zurich may also have been aided by the fact that it was a product with idealistic added value, as Toni yogurt was a byword for recycling. The jars, which in those days were brown like coffee-creamer bottles, used to be rinsed out and taken back to the shop. This meant Toni yogurt became something similar to today’s reusable takeaway containers or fabric bags for buying loose fruit in supermarkets.

Today, the warning from the climate movement is that there is no Planet B. In the 1980s, it was that our forests are dying. The oil crisis of the 1970s, too, may have prompted an awareness that we may not always be able to count on an unlimited supply of raw materials. Having reusable jars instead of plastic pots is something that fitted in well with the newfound eco-consciousness of the Swiss. The site of the Toni dairy on Hardturmstrasse used to have a huge washing facility. The coffee-coloured Toni jars would be brought there by lorry from all over Switzerland and rinsed out thoroughly before being refilled with fresh yogurt and put back onto the chilled shelves in supermarkets.

The cost, inclusive of machinery, came to 173 million Swiss francs.

The Toni dairy plant started operating back in 1977. At that time it was the largest milk-processing operation, and it produced not just yogurt but also butter, cream, cheese, ice cream and milk powder. A total of 75,000 cubic metres of concrete and 12,000 tonnes of steel went into making the building envelope. The cost, inclusive of machinery, came to 173 million Swiss francs. For some time, this proud industrial giant attracted attention throughout Europe. In 1979, the facility was visited by no less a figure than Prince Charles. However, the glory days did not last for ever. About 20 years later, the machines at the Toni dairy plant came to a standstill. The beginning of the end coincided with changes in the milk market as a whole, as regional milk associations had come together in the 1990s to form new dairy companies. Toni and Säntis merged to create Swiss Dairy Food, which had to be liquidated with a deficit a few years later. The NZZ newspaper concluded in 2002 that ‘seeking refuge in large-scale operations aggravated home-grown problems instead of easing them’.

Too few of the jars were returned to the dairy plant on Hardturmstrasse.

Even the reusable yogurt jar – a nice idea in itself – did not work out in the end. Critics had long complained that it was merely a marketing ploy and its environmental footprint was no better than that of yogurts with disposable packaging. The reusable jar failed for economic reasons, or because of the discipline of consumers: too few of those jars were returned to the dairy plant on Hardturmstrasse. Also, it was extremely expensive to clean the remaining jars. After the dairy plant closed, the Zürcher Kantonalbank initially took over the site. The bank originally had plans to build an office complex there. However, they then decided against it because of the oversupply of office space at that time.

The club too was a giant dinosaur on the verge of extinction.

And so, the bank initially made the site available on a temporary basis for cultural use. This gave a fresh boost to Zurich’s night life: clubs such as the Rohstofflager, Toni-Molkerei and Dachkantine appeared on the site. There were also events such as the World@Zürich festival, the Zurich city art exhibition and even sporting competitions such as beach volleyball or skating. Sadly, though, the name proved fateful. After the Toni-Molkerei – the actual dairy plant – met its end for economic reasons, the club called Toni-Molkerei likewise fell on hard times after a while. Just as the giant Swiss Dairy Food had been a dinosaur on the verge of extinction, the club with a capacity of 1,000 also proved too large to be economically viable.

In 2005, it was decided to use the Toni complex to create a campus for the Zürcher Fachhochschule college of higher education. A number of legal disputes led to delays, and then reconstruction work began in early 2011. In addition to the campus itself, a 22-storey residential tower block with 90 apartments was created on the site. Today, the Toni complex is home to the Zurich University of the Arts (ZHdK) and parts of the Zurich University of Applied Sciences. And so, the former dairy plant now exists only as a name. However, Toni yogurt is still around – except that the yogurt is now no longer put into jars on the River Limmat, but on the Kleine Emme, as the brand now belongs to the listed company Emmi in Lucerne. The appearance of the packaging has also changed slightly. Incidentally, students from the Zurich University of the Arts had a part to play in its redesign.