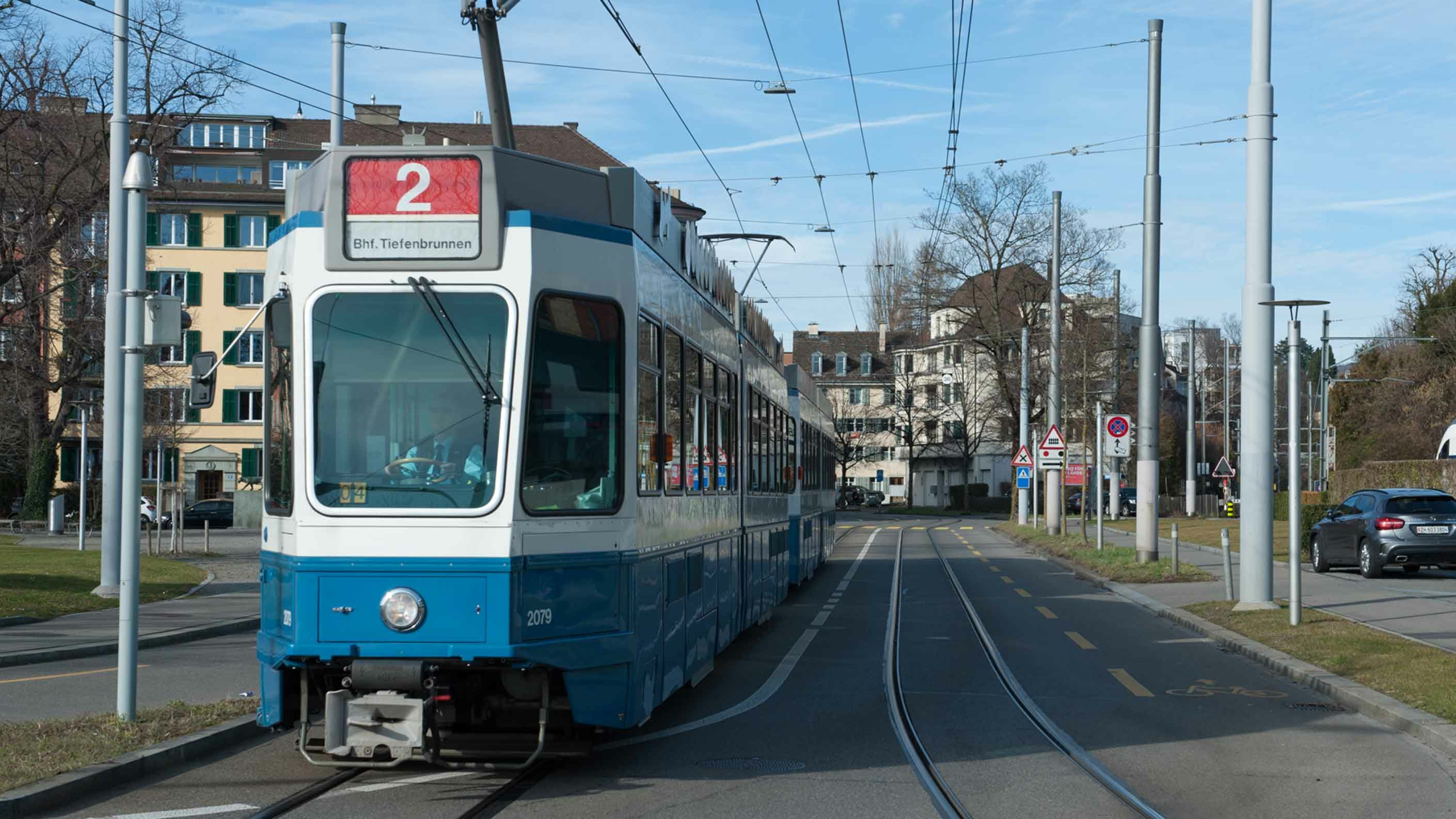 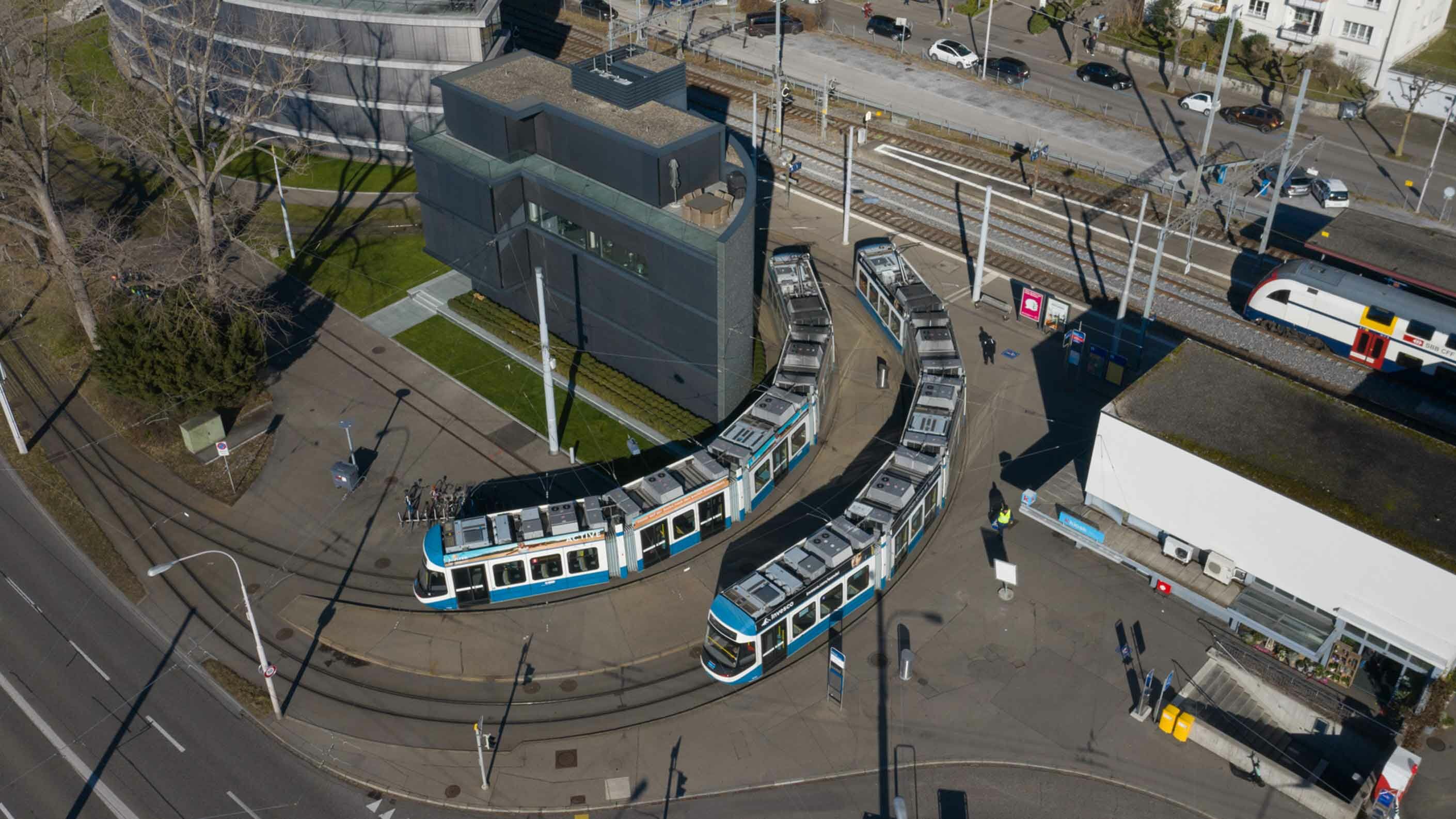 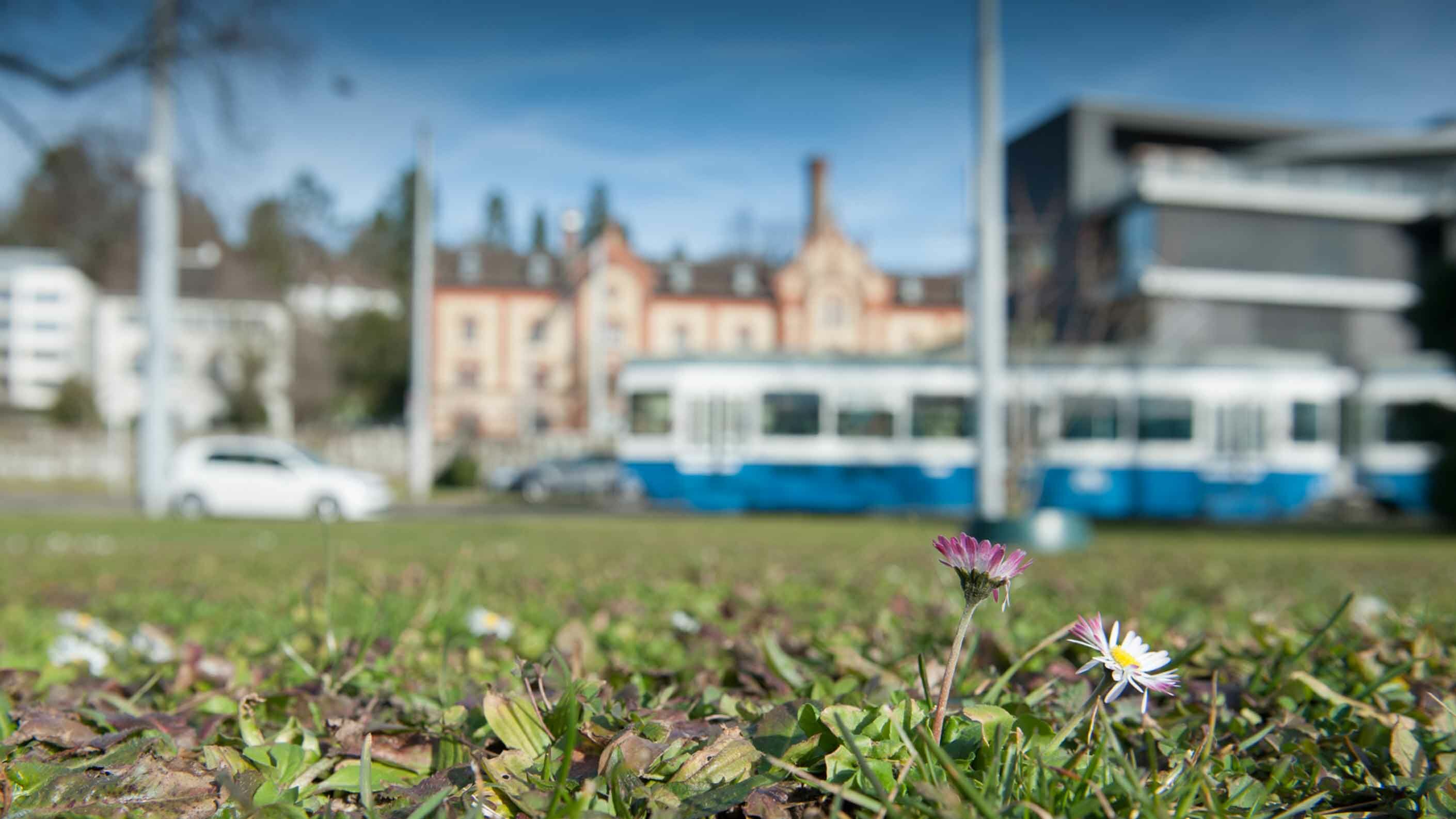 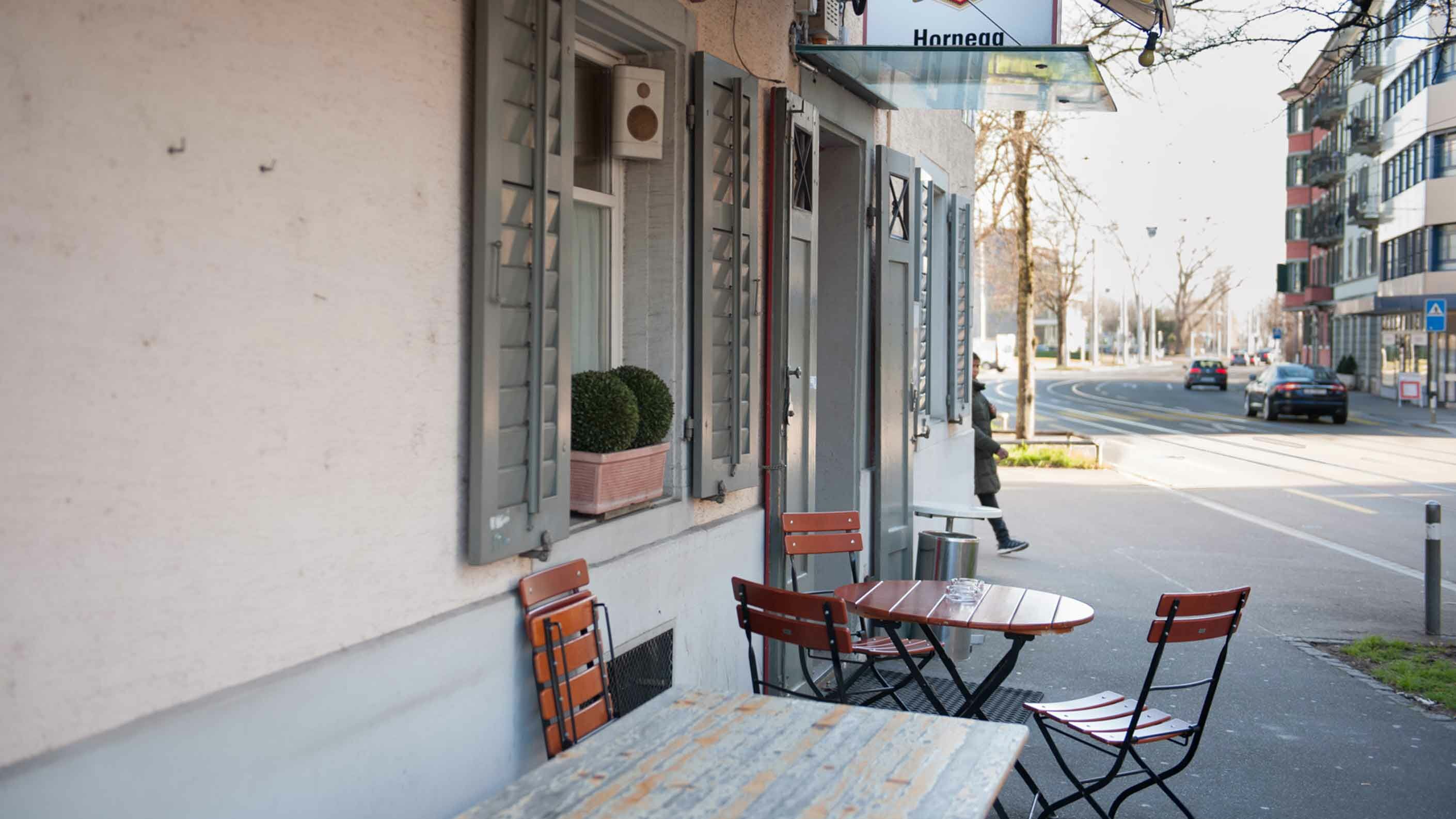 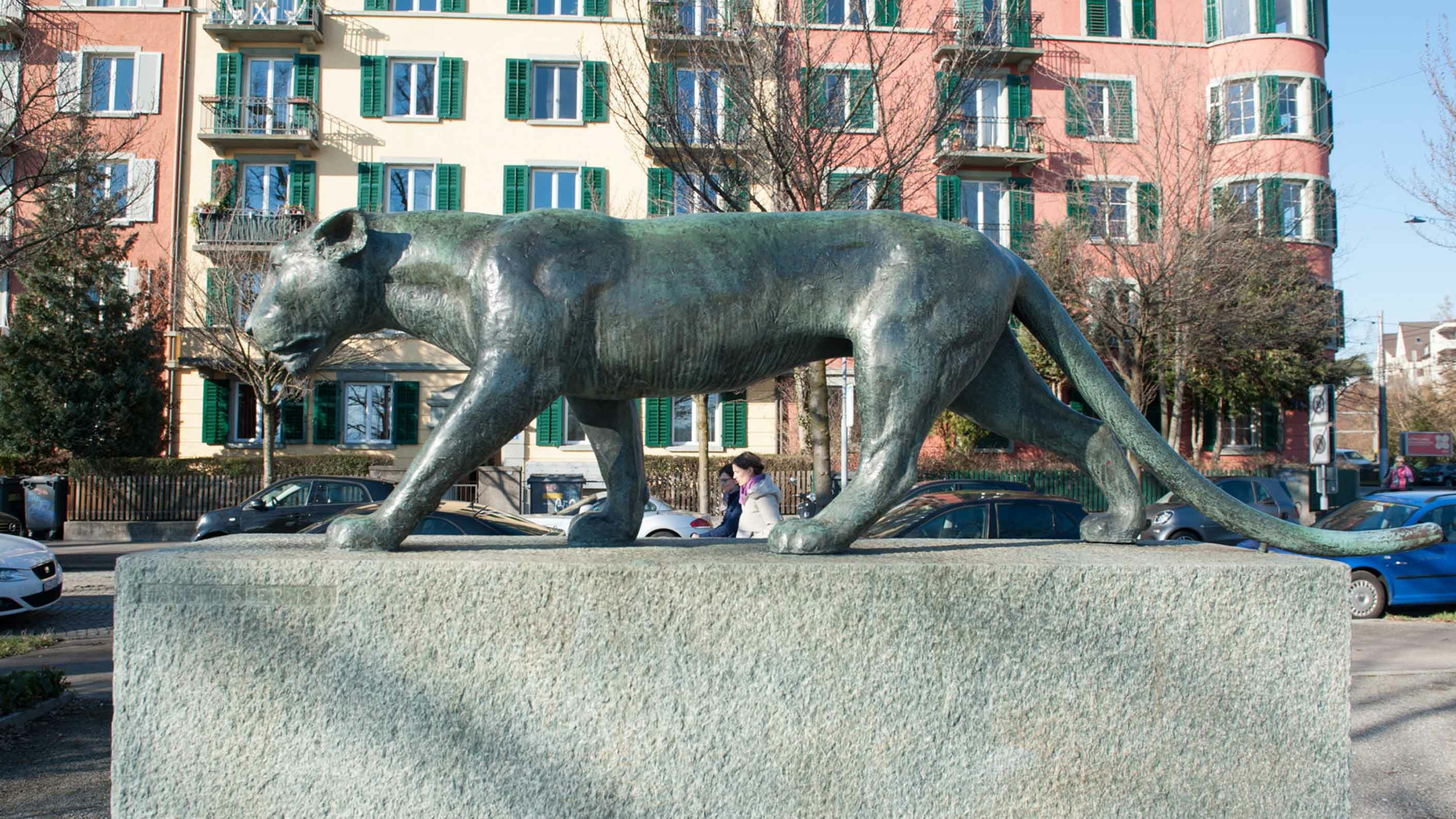 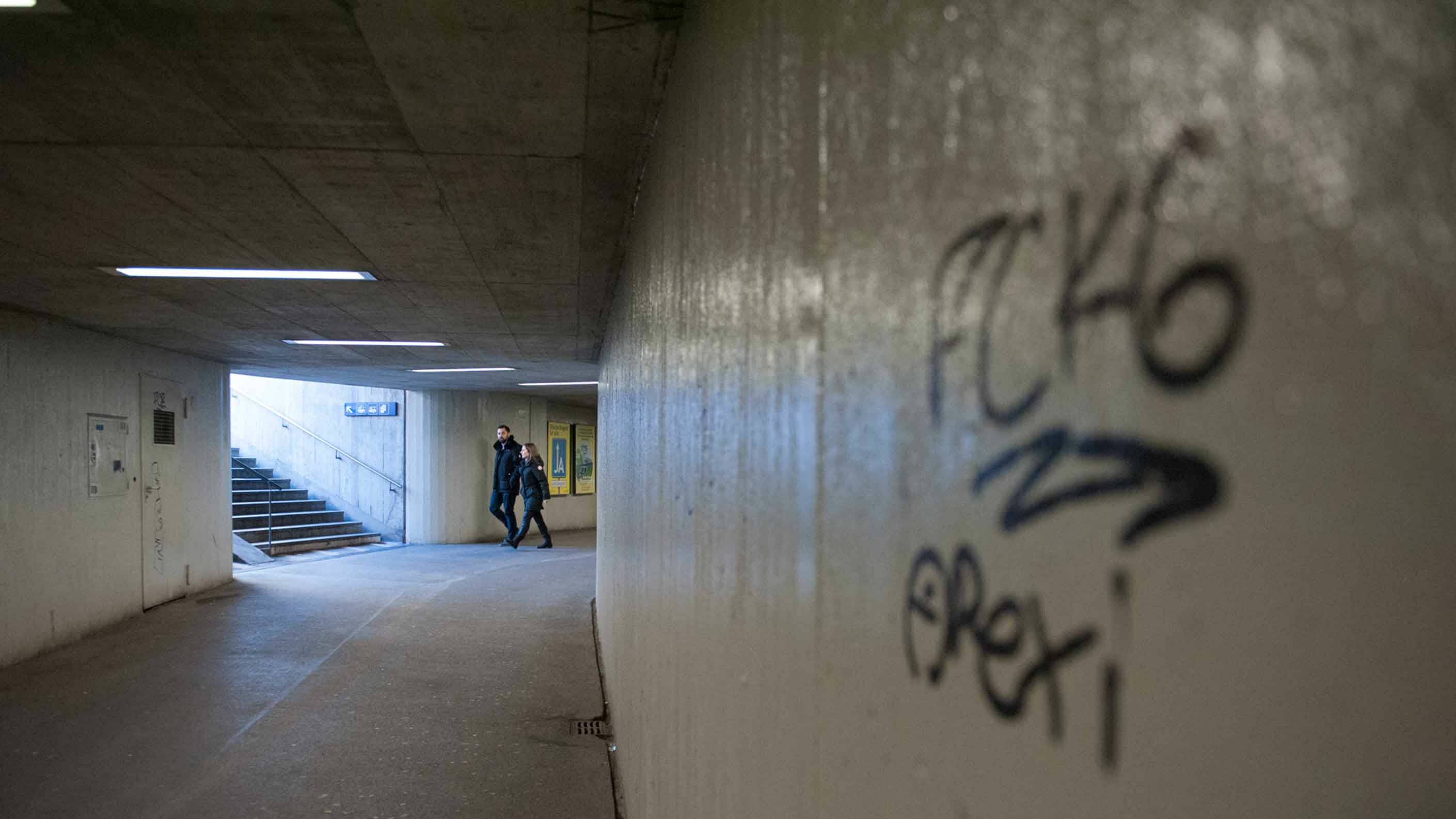 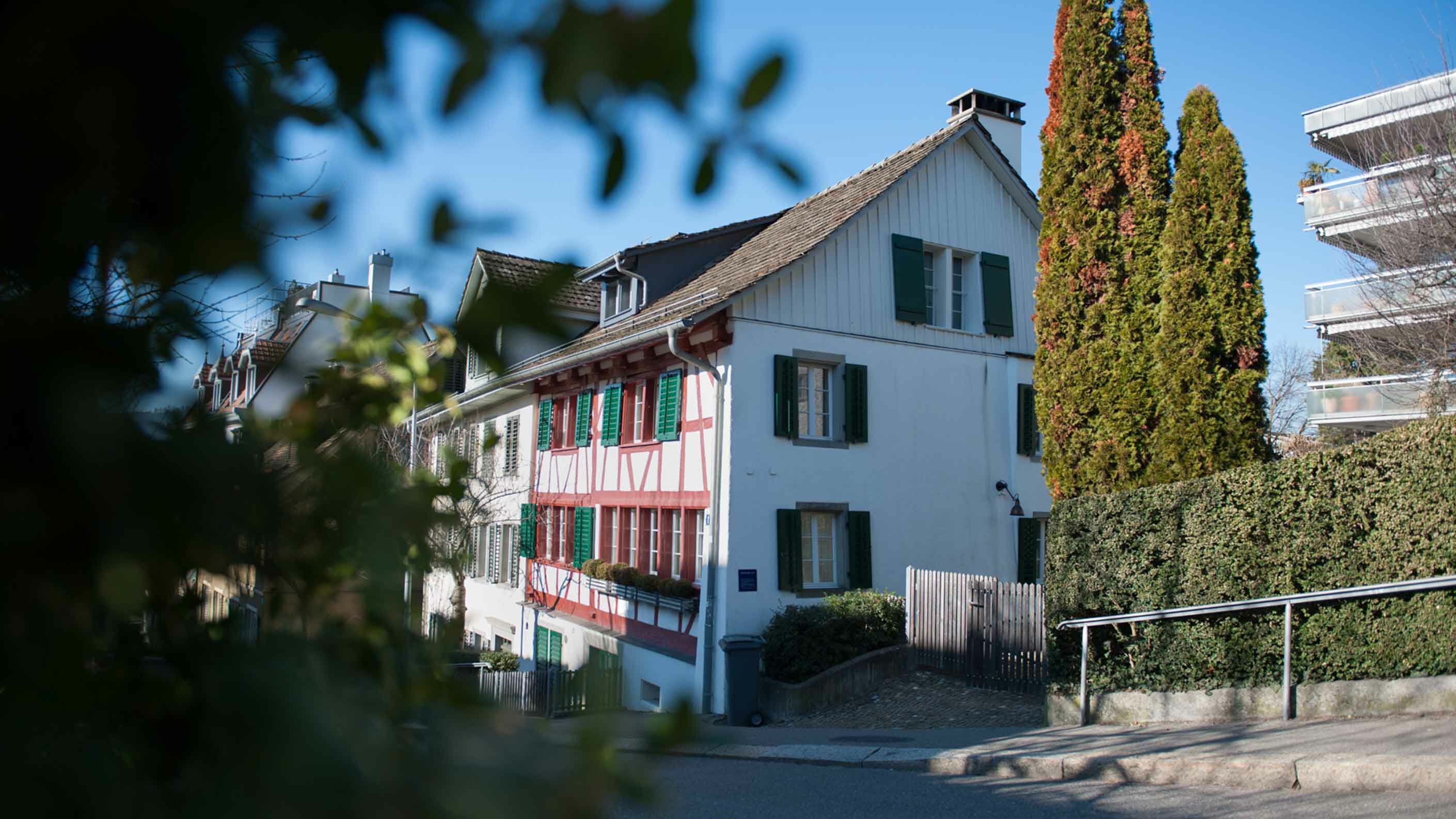 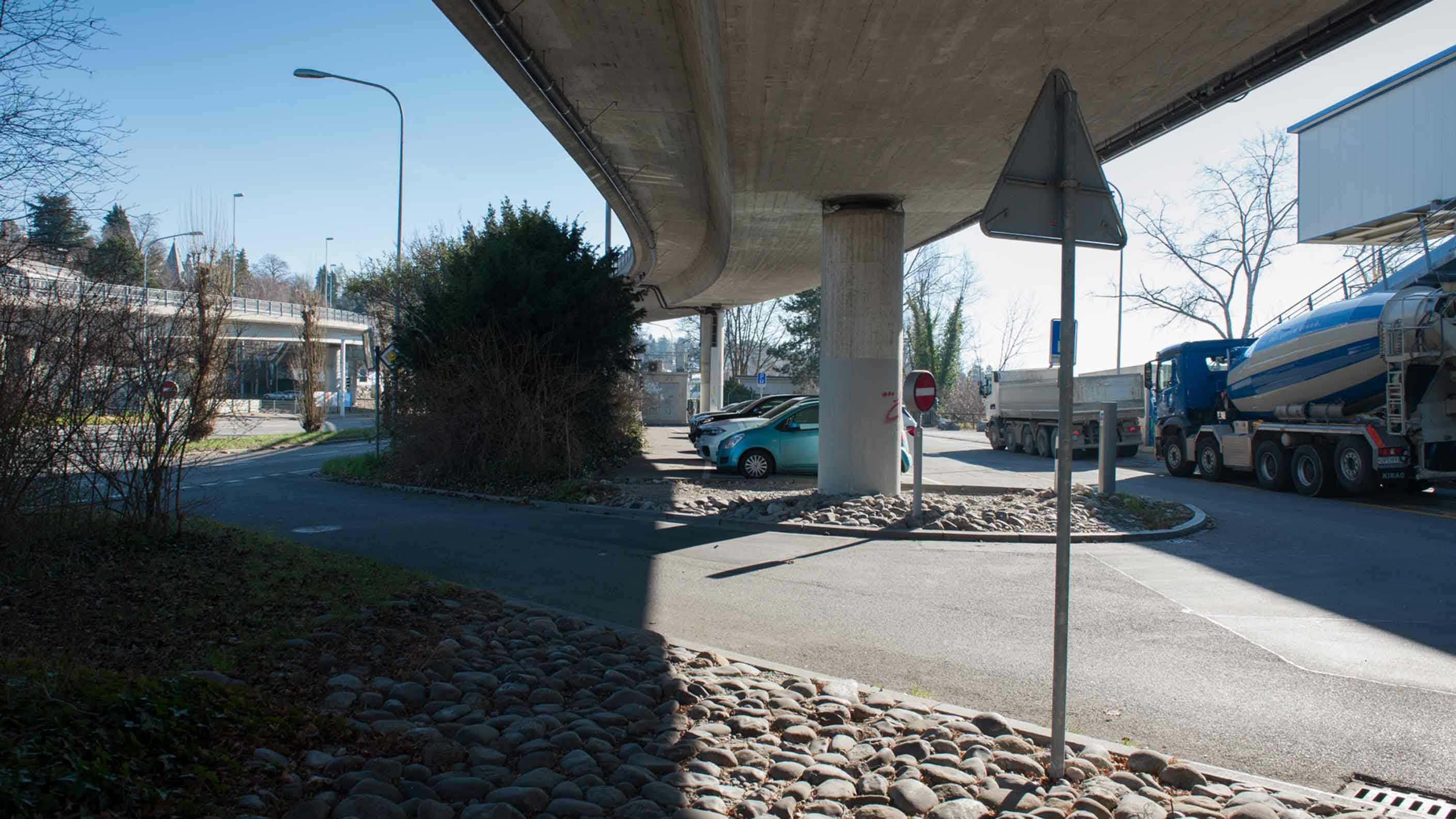 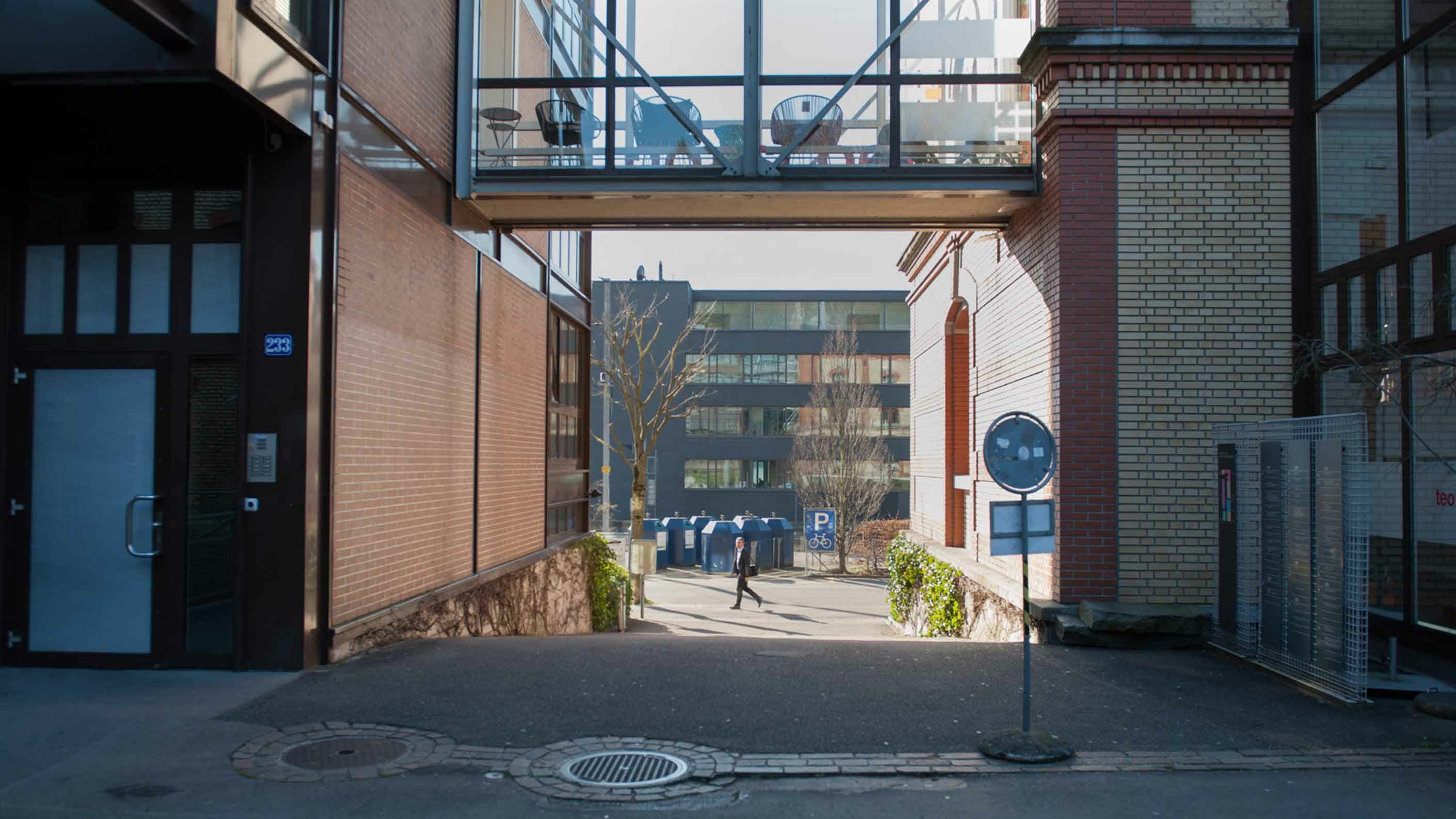 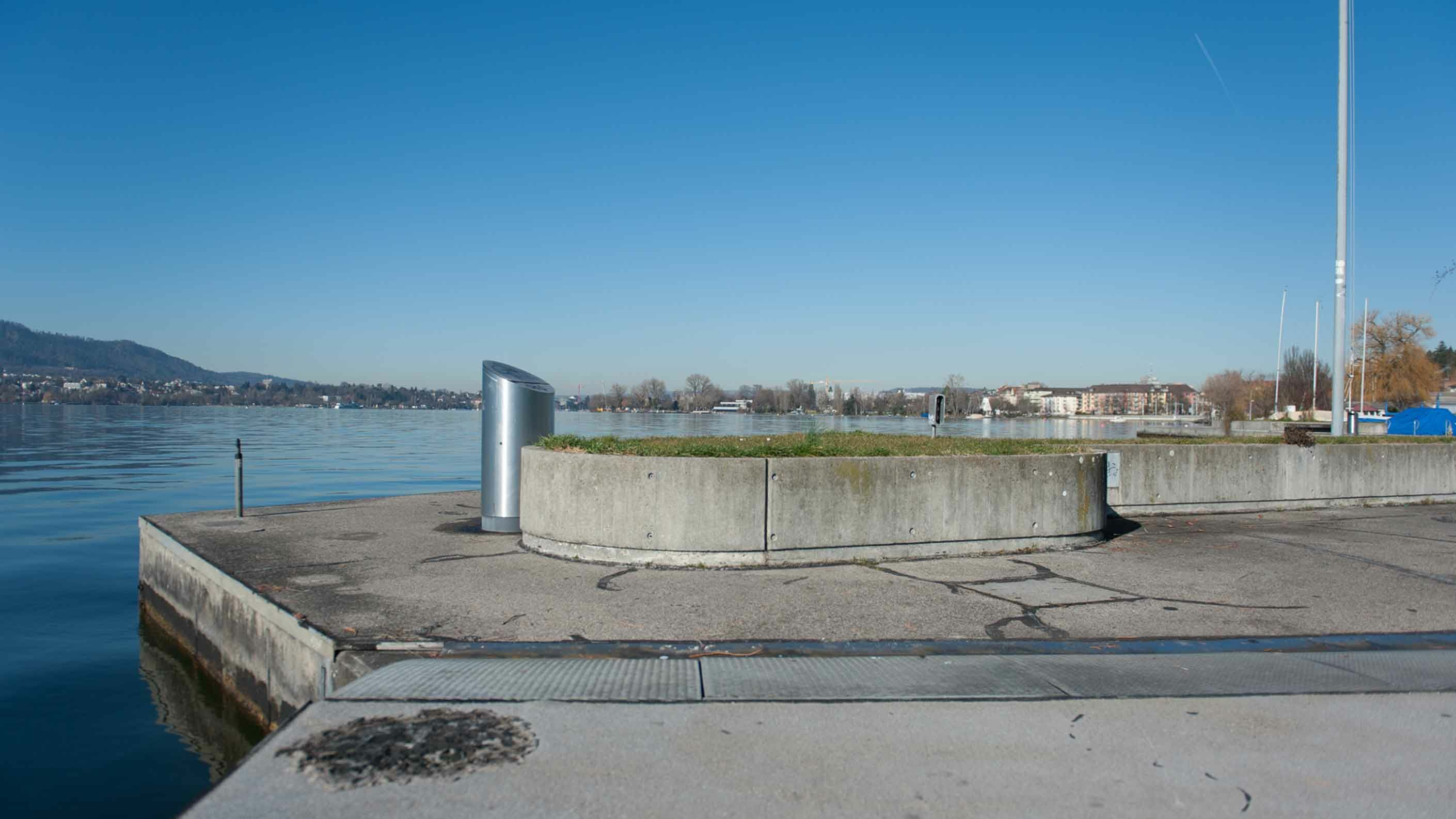 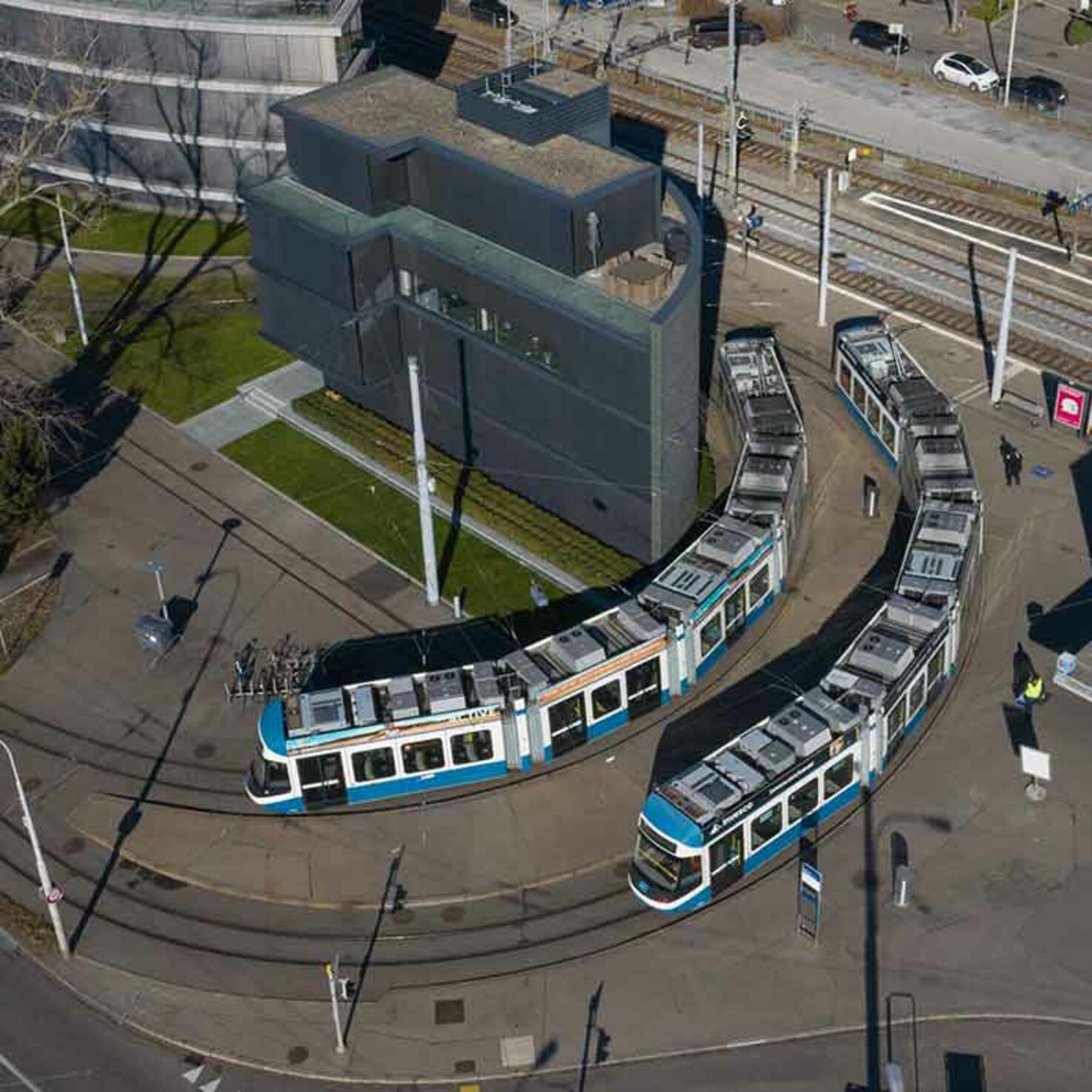 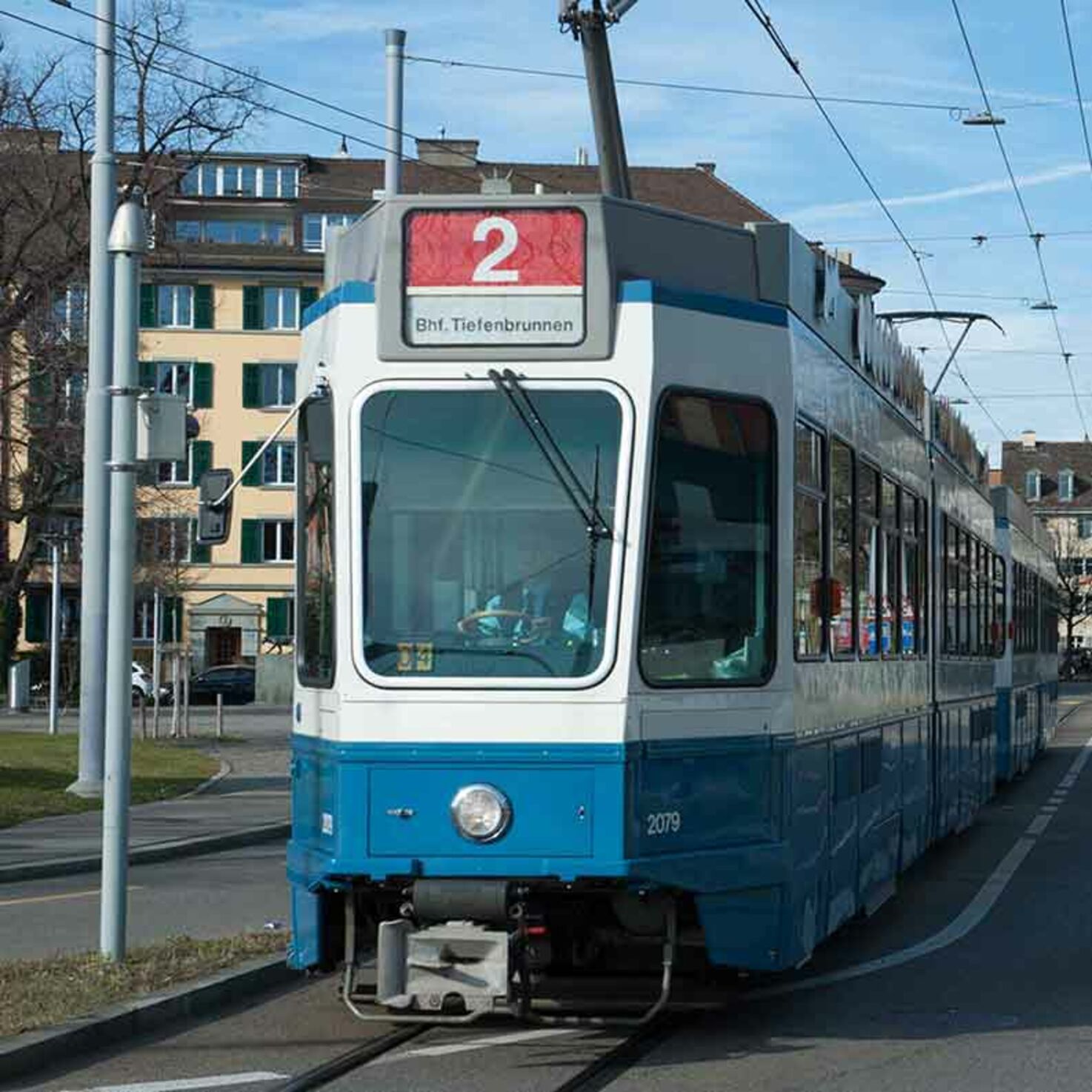 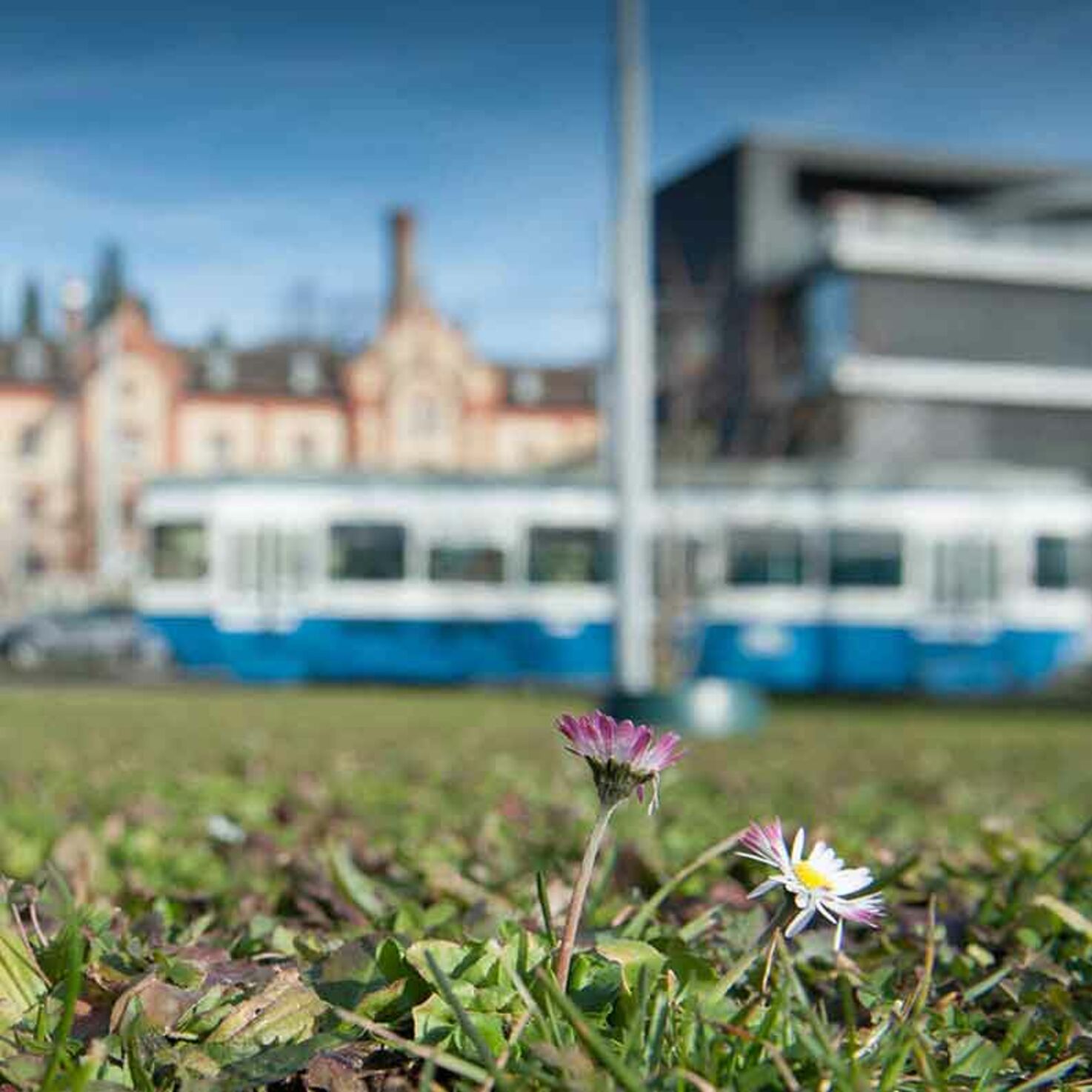 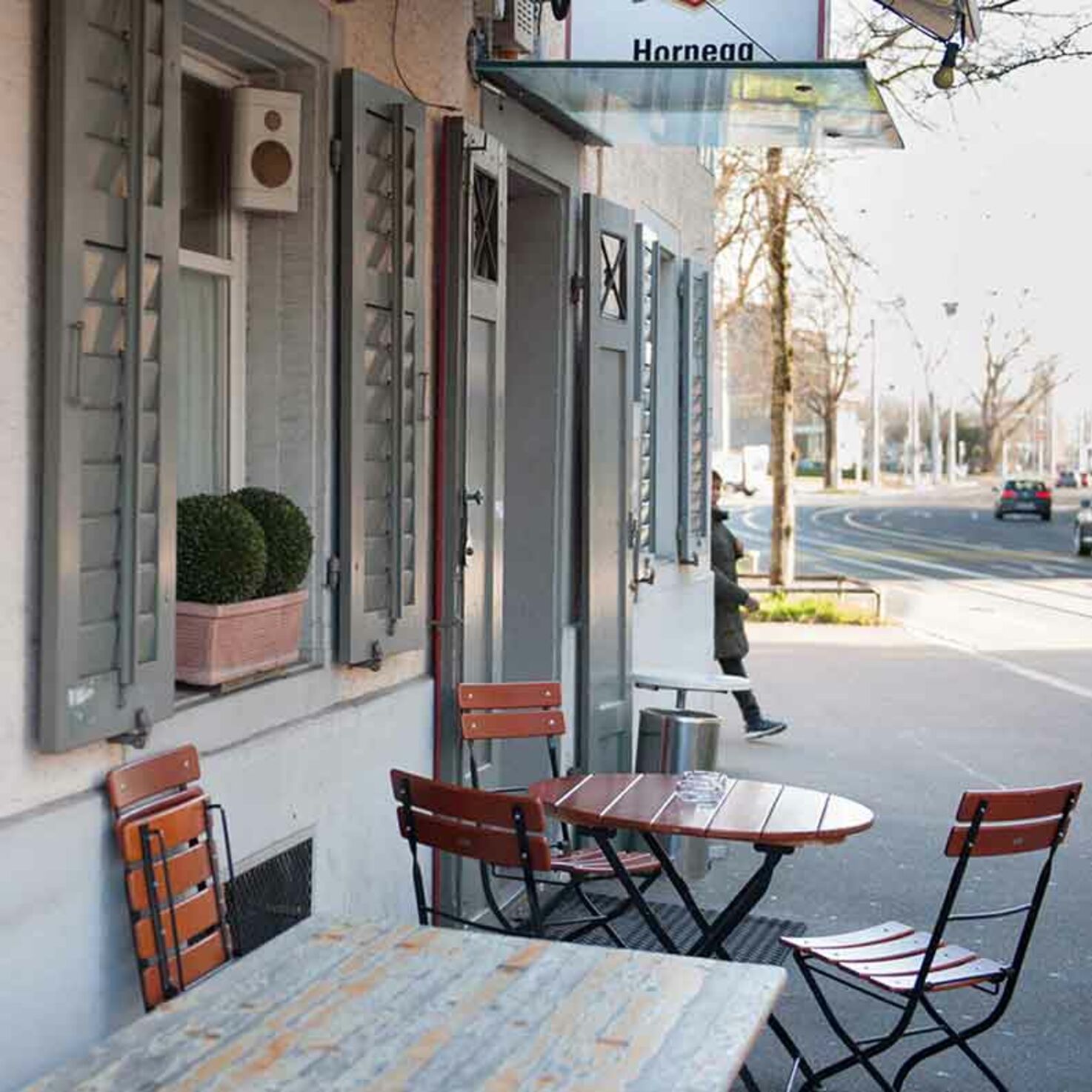 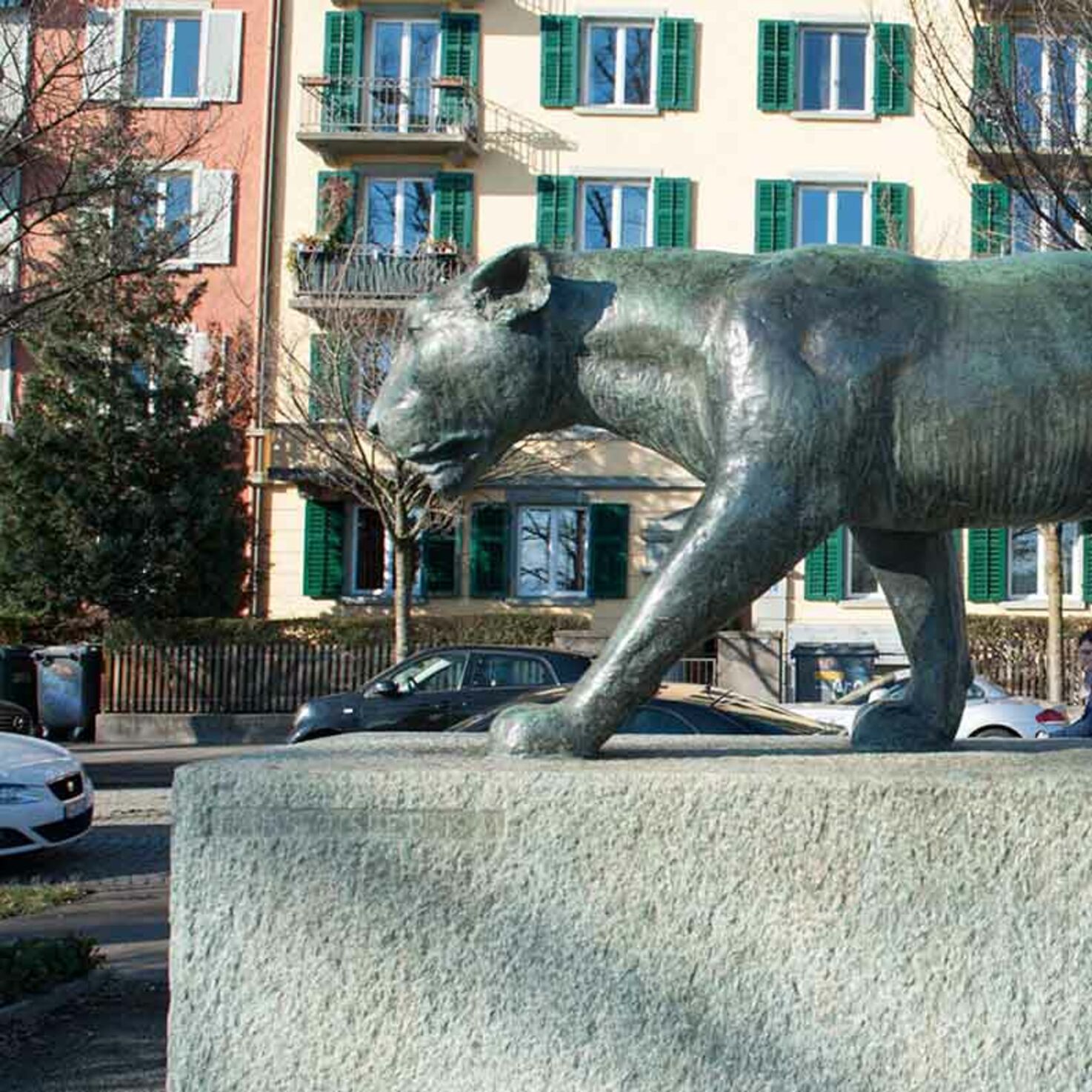 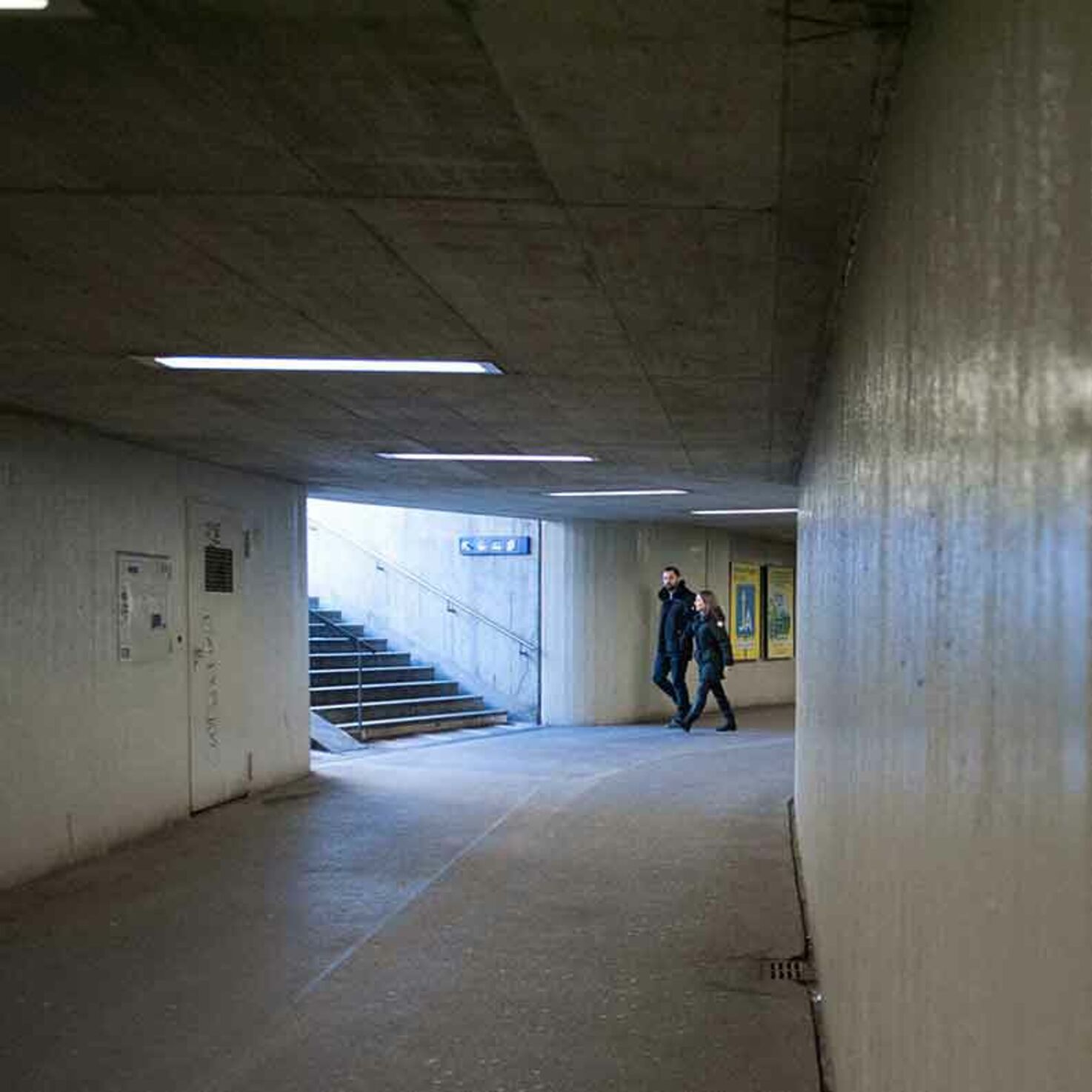 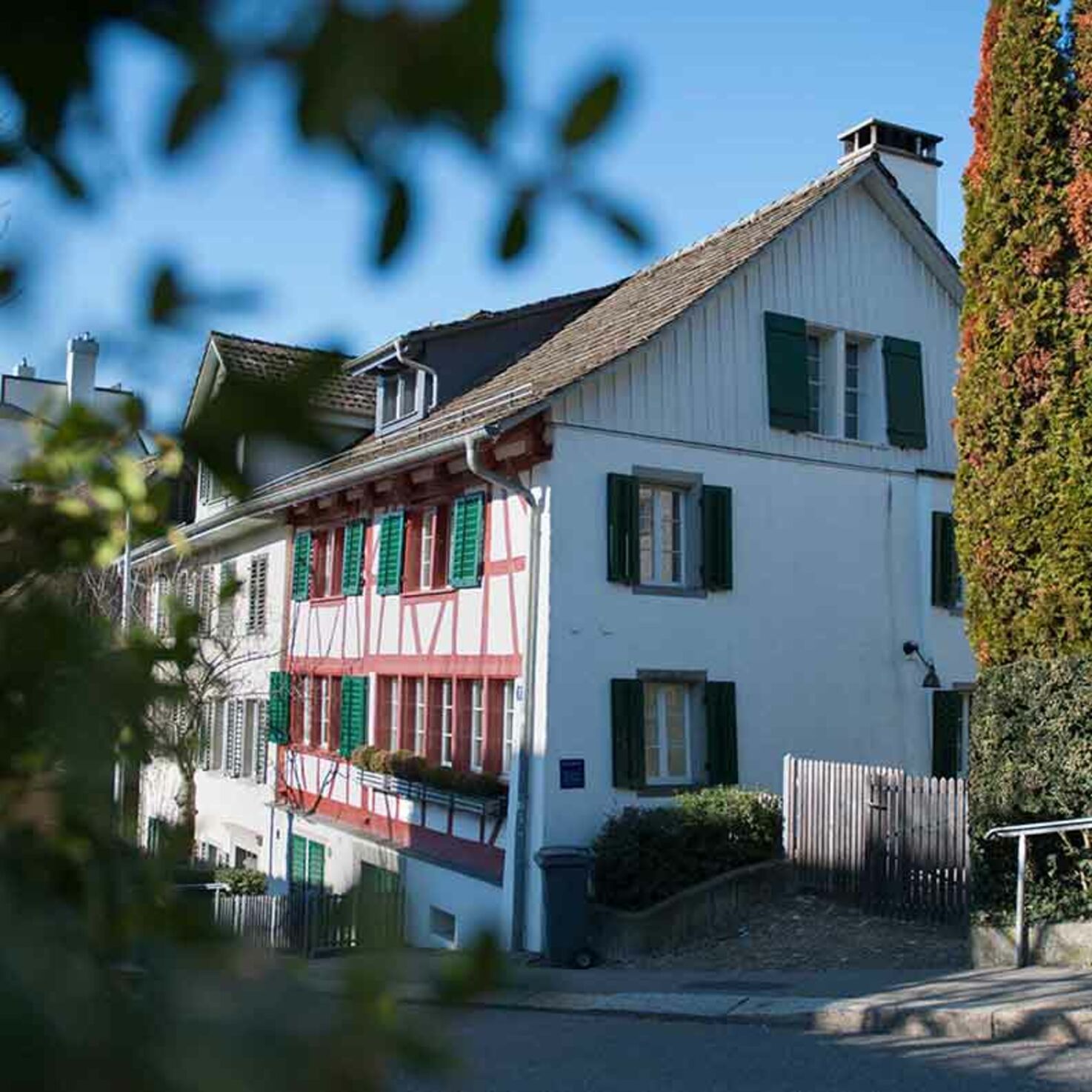 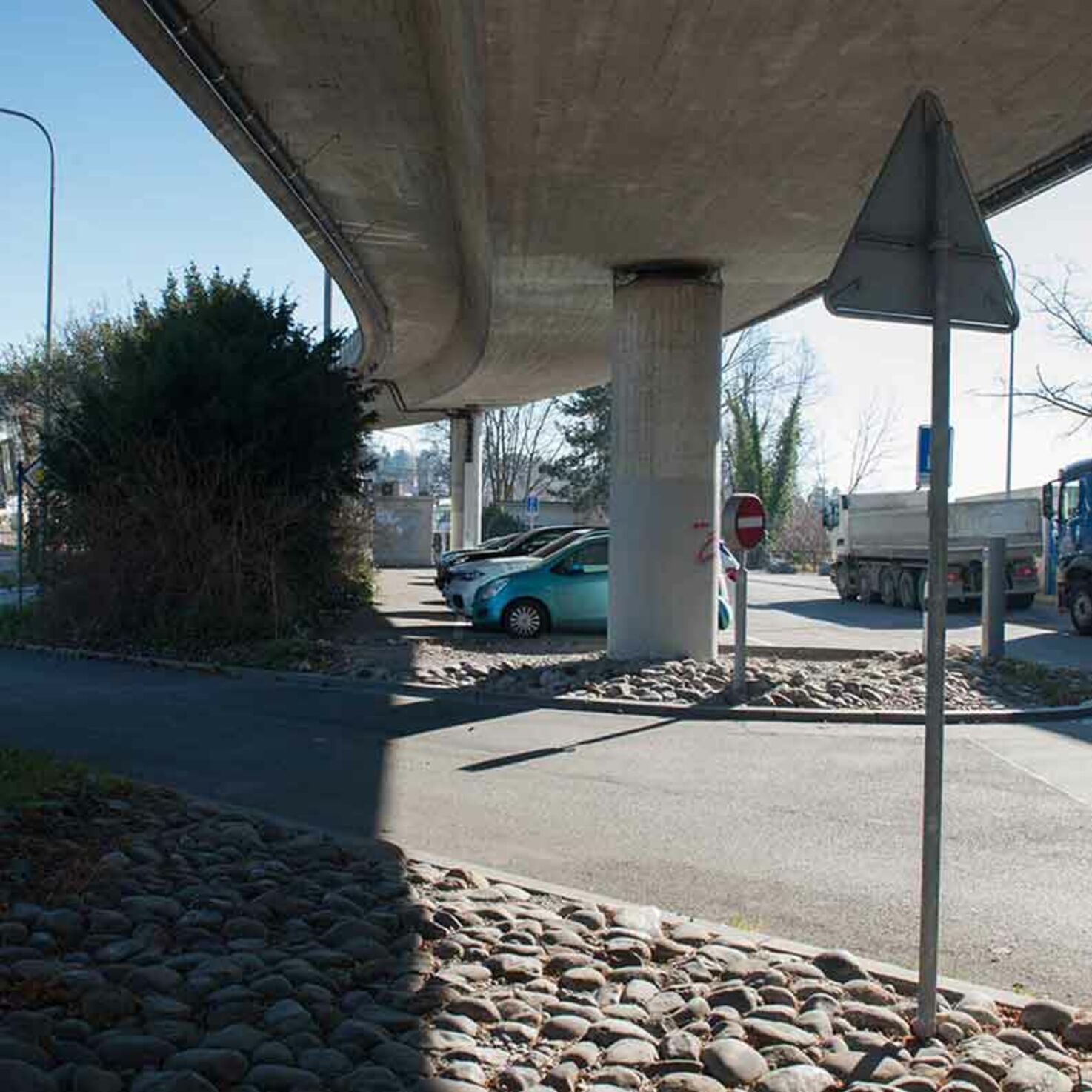 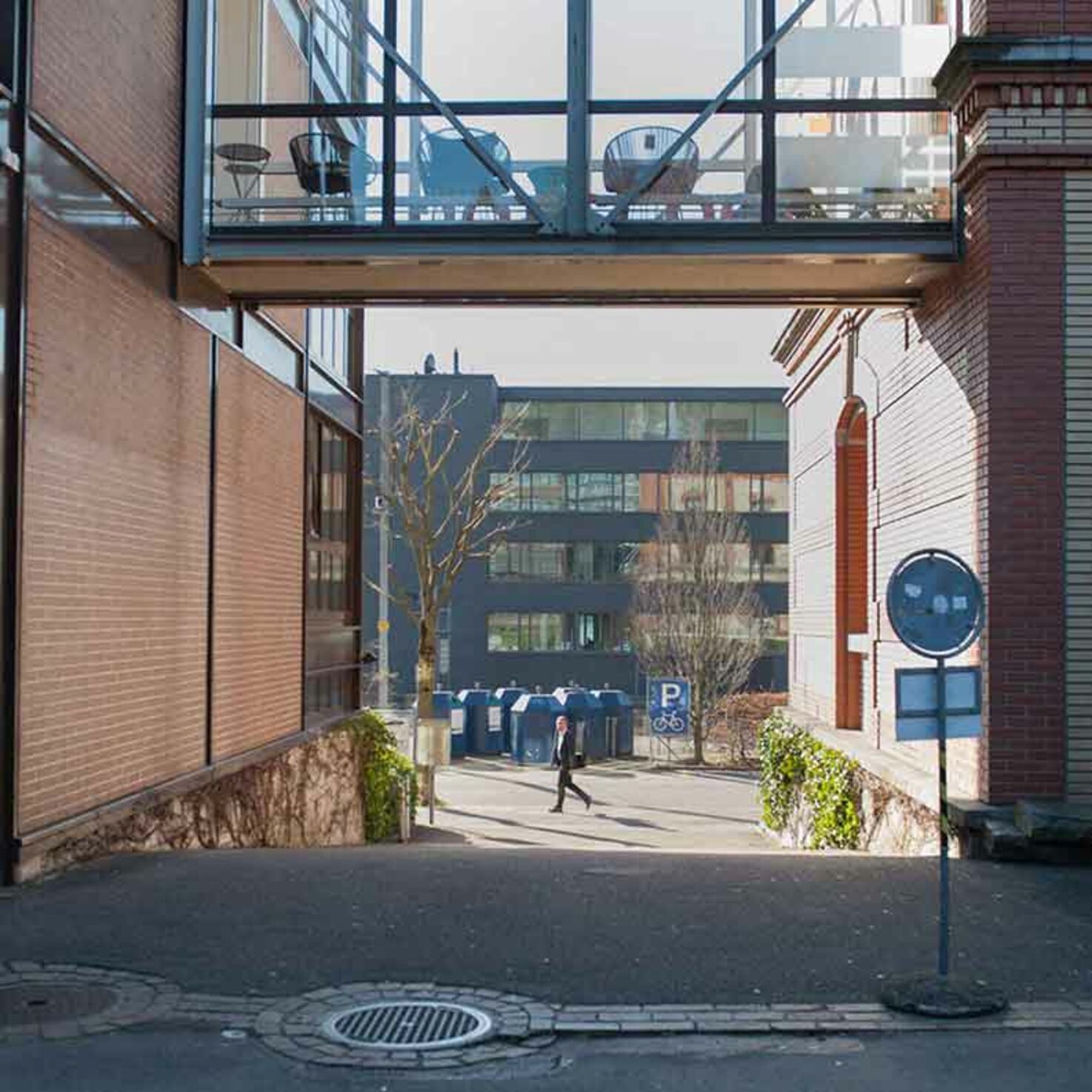 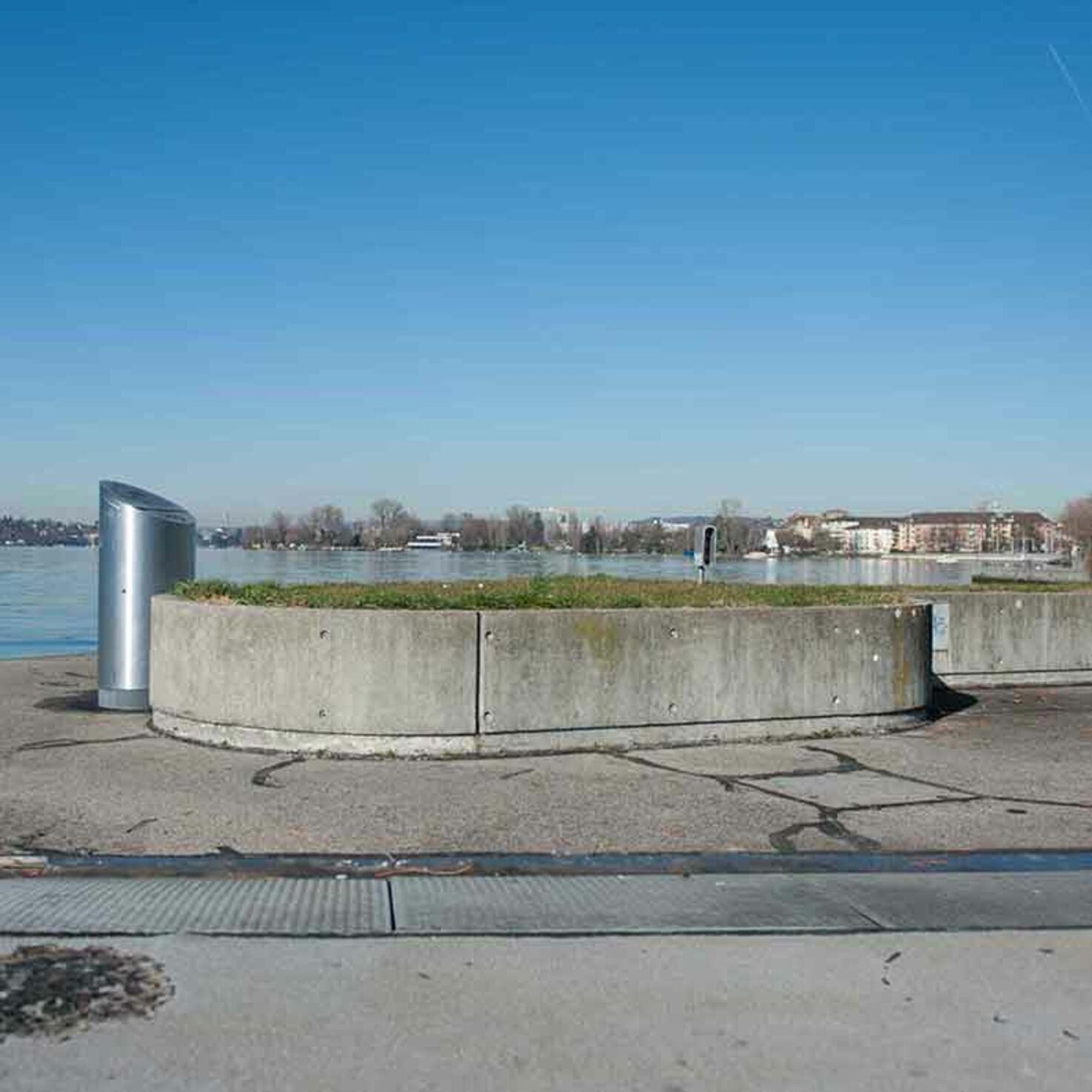 Tiefenbrunnen was the destination of Zurich’s first tram and is now the terminus of lines 2 and 4. It is home to smart bars and restaurants, car washes and bathing facilities. In Tiefenbrunnen, cement isn’t just used for building – it is also mixed here.

If you have never seen a car wash that is also a party venue, it’s time you visited Zurich Tiefenbrunnen. Squeezed between the main road and the railway line, close to the tram terminus and the railway station, is a two-storey building with stylishly sloping walls. The car wash is downstairs, with a chic event room above. Even the boxes that hold the car vacuum cleaners are in an elegant shade of anthracite.

This unusual combination seems to be typical of Tiefenbrunnen. It feels like the neighbourhood can’t quite decide whether it wants to be a modest outer suburb or an elegant gateway to Zurich’s Gold Coast.

It has a wine shop, fine restaurants, art and culture, private clinics and offices. Yet its upmarket villas are also flanked by apartment blocks and the SBB Park&Rail with a snack bar next door. Kibag, a cement works, is practically on the lake shore. Trucks loaded with sand and gravel trundle along Bellerive, the road that runs alongside beautiful Lake Zurich.

Cleaning or partying? Here you can do both.

Tiefenbrunnen is always full of traffic, including on its many car parks, even on the massive concrete overpass that is the access road to Zollikon. The shoreline has a scattering of boats – a project to turn the port into a more upscale marina is still in the pipeline. The area between the Zürichhorn river delta and the edge of town is dominated by roads, rail tracks and car parks, in stark contrast to the name Tiefenbrunnen (‘deep well’), which has such a cosy, almost magical, sound.

The area is named after a former inn.

The brewing industry was attracted by the excellent water, and a brewery was built right next to the inn in the late 1880s. From 1913 onwards, the building was used as a mill and it still retains the name: Mühle Tiefenbrunnen. Today, this listed building complex houses a museum, a shop selling designer furniture, a fitness studio and a stage.

Tiefenbrunnen’s brewing industry has also been revived, with ‘sBier’ – quite simply ‘the beer’ – being made in a barn on Flühgasse. For many years, this was a wine-growing region, and you can still see the former winemakers’ houses on the slopes. In 1893 the formerly independent municipality of Riesbach – which included Tiefenbrunnen – became part of the city of Zurich.

Tiefenbrunnen is full of contrasts.

At that time it was an upper-class area that was the first to benefit from a new, convenient link to the city centre when the Rösslitram began operating in 1882. The route from Paradeplatz to Tiefenbrunnen was Zurich’s very first tram line.

According to Bruno Gisler of the Zurich Tram Museum, the original terminus was at the Hornegg Restaurant, which still stands today at Seefeldstrasse 201. When the right-bank railway line began operating in 1894, the tram line was extended to Tiefenbrunnen station, and this is still the terminus. The first trams were electrified around 1900.

Despite all its railway tracks, roads and car parks, Tiefenbrunnen is not totally dominated by traffic. It also offers a wide range of leisure and sports activities. Divers can train on the lake shore between Jollensteg, Kibag and the edge of town, and a little closer to the centre there is the public bathing beach.

Here at least, the town has allowed itself some architecture with a single function. This public bathing area from the 1950s is something of an oasis if you’re looking to escape the town’s all-pervading mix of outer suburb and Gold Coast. Its teahouse and curved footbridge look like they should be in an Impressionist painting. A little romanticised, a little nostalgic ¬– it goes perfectly with the name Tiefenbrunnen.

Tiefenbrunnen is the terminus of tram lines 2 and 4 and bus routes 33 and 910.