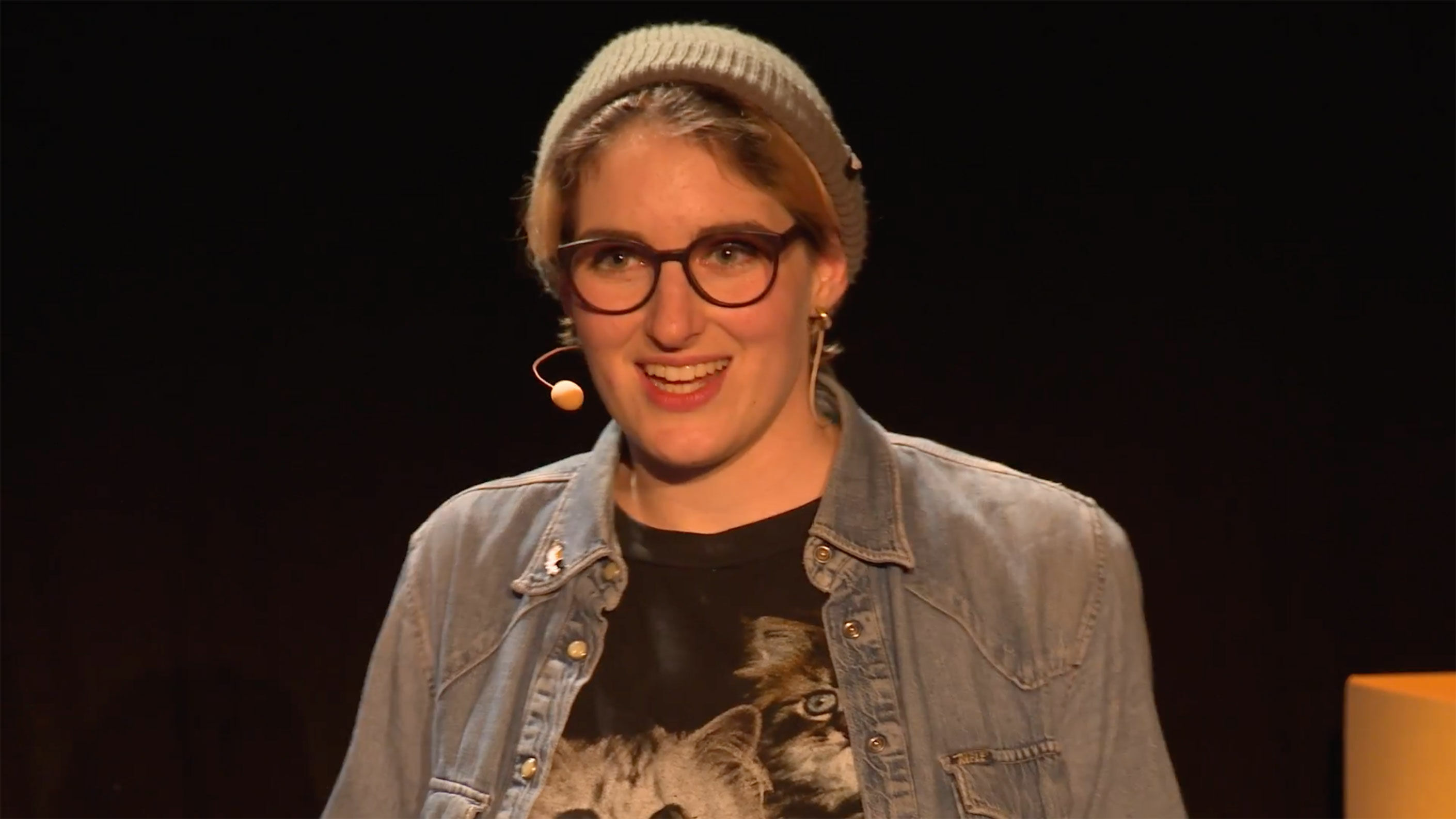 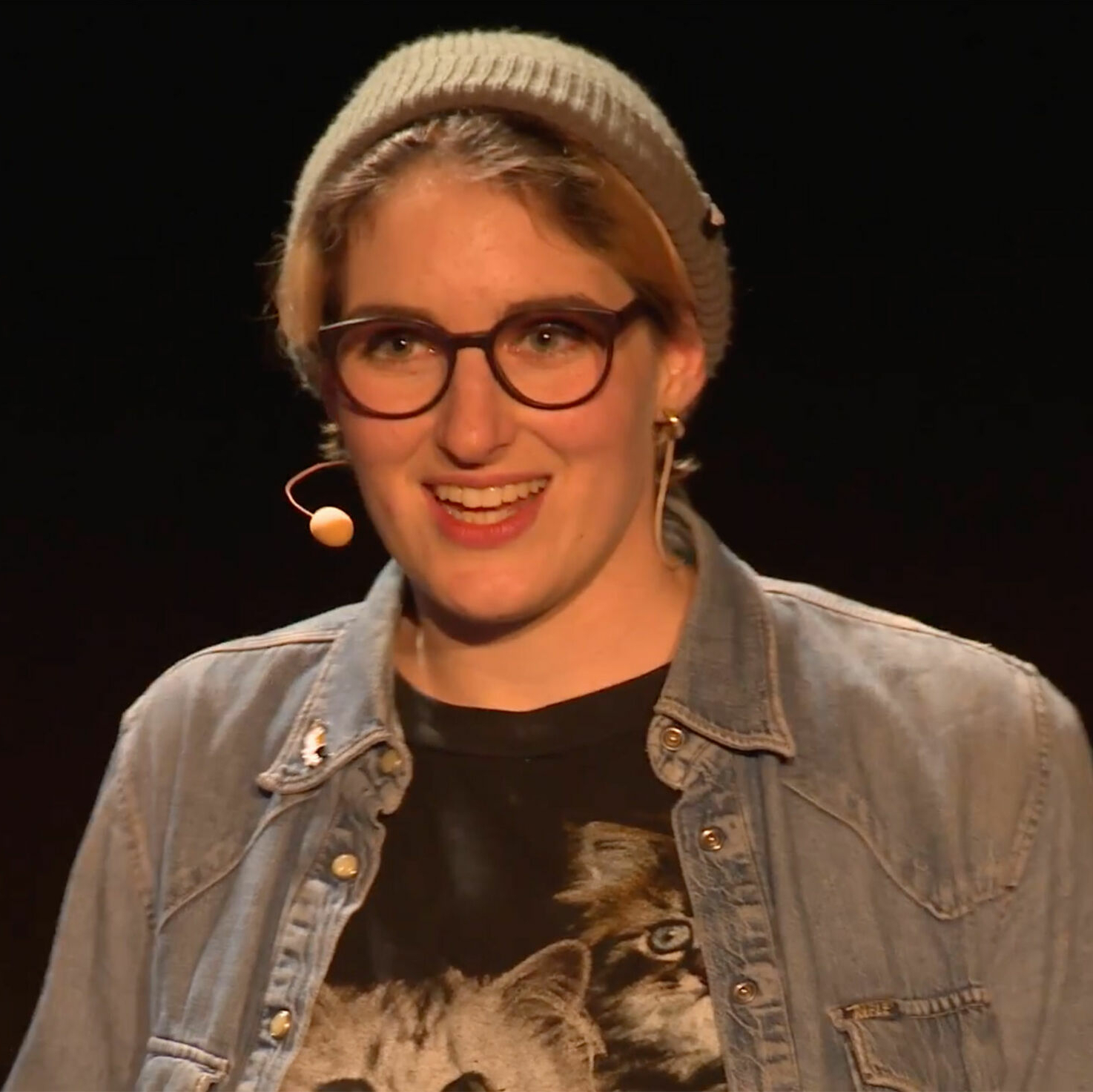 Once a month Anna Rosenwasser writes about life and love in Zurich. In February, the head of the Swiss Lesbian Organisation wonders what to wear for a TV appearance. And realises it’s also a political decision.

A shirt with cats on? Surely that’s OK? After all, I’ve had this shirt for more than ten years. I bought it in a hipster boutique in Tel Aviv and it’s my go-to shirt when I’m feeling a bit nervous about a public appearance. It’s black and shapeless with three airbrushed cats on the front.

How would my airbrushed cats fit in?

This time I was definitely feeling nervous. It was Friday afternoon, and I was due to appear on national TV in just a few hours’ time. The topic of the political talk show was homosexuality, and I was invited on as the professional lesbian, so to speak (or the professional bisexual – that’s where queers have a difference of opinion.) It was definitely important enough to wear my cat shirt, but a federal councillor had also been invited on the show, along with at least three people from the National Council. So I knew there would be at least half a dozen blazers. How would my airbrushed cats fit in? Have you ever seen a serious, grown-up politician wearing a shirt with cats on? But then again, if I make good arguments, why should it matter what I’m wearing? The main thing is that I feel comfortable while making my points.

I wore my cat shirt when I did my Ted Talk in the summer of 2018. (Photo: Screenshot Youtube)

How should we dress if we want to be taken seriously?

At first, I thought the question of what to wear was a bit superficial, but then I realised it’s actually political. How should we dress if we want to be taken seriously? How are we perceived if we simply decide to be ourselves? These are not superficial questions. They require us to dig deeper.

So I reached deep into my girlfriend’s closet and found a navy blazer that didn’t make me feel too overdressed. I left the cat shirt at home so that the TV audience would take me seriously. And once I was sitting among all those politicians in the studio I felt I’d made the right decision.

Two school classes were in the studio audience. At certain points in the discussion, particularly when my opponents were making their case, some of these young women looked at me with a smile or encouraging nod. I hoped I would have an opportunity to thank them after the show. I’m pleased to say that I did – we were offered drinks and snacks after the recording and some of the girls came up to me. It goes without saying that most of them were gay, I knew that as soon as I set foot in the studio.

So next time I need some fashion advice, I’ll ask queer teenagers.

I told my new friends about my struggle before the show: ‘I just didn’t know what to wear. What would you have worn if you were in my shoes?’ To my astonishment, the girls took the question fairly seriously: ‘We’ve already talked about this,’ one of them said. ‘It’s obvious – a red hat, orange scarf, yellow sweater... rainbow colours from head to toe!’ They looked at me as if to say ‘Duh!’ So next time I need some fashion advice, I’ll ask queer teenagers. Or maybe I’ll just wear my cat shirt. And perhaps it’s also time for a new generation of women politicians.