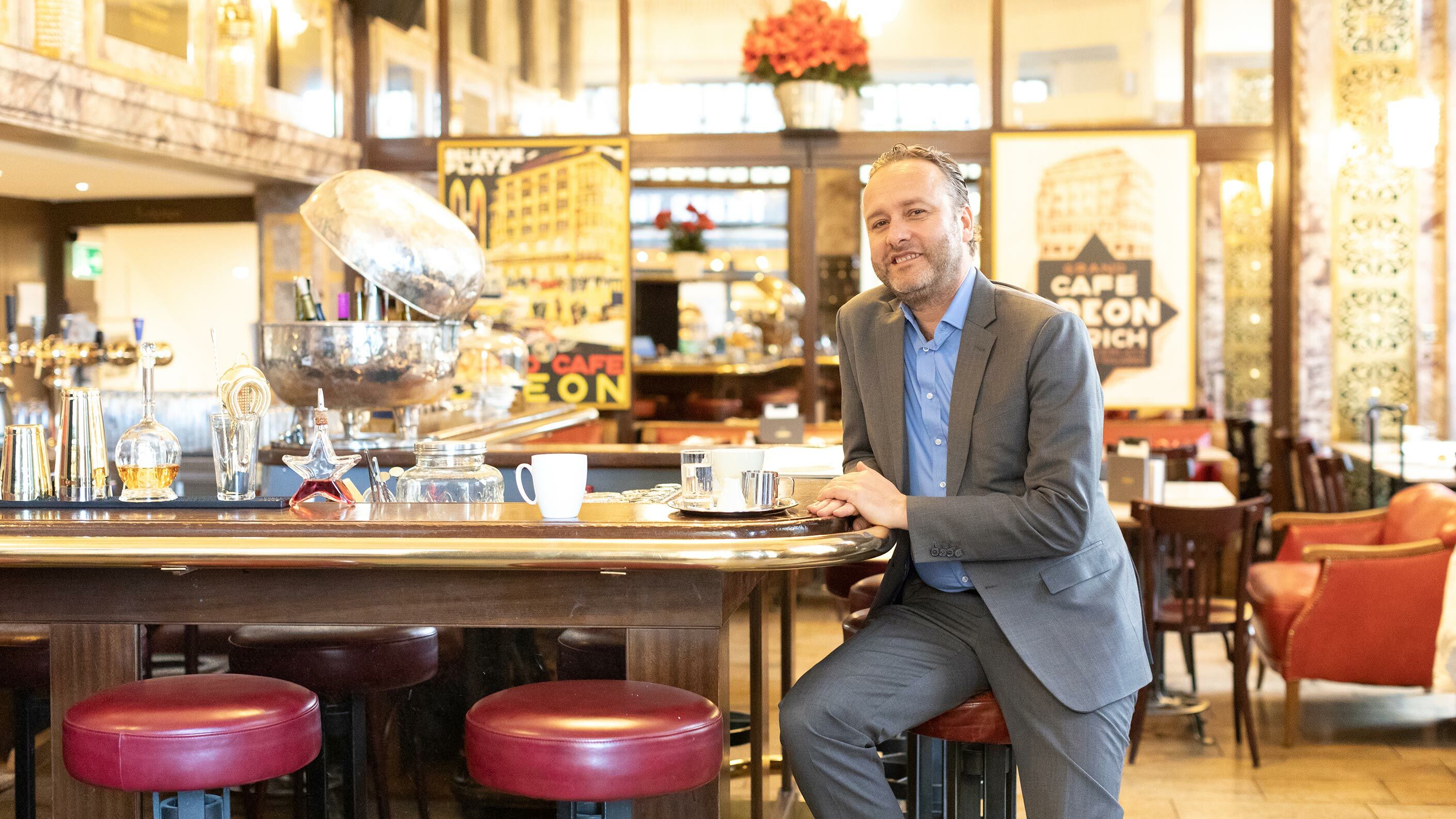 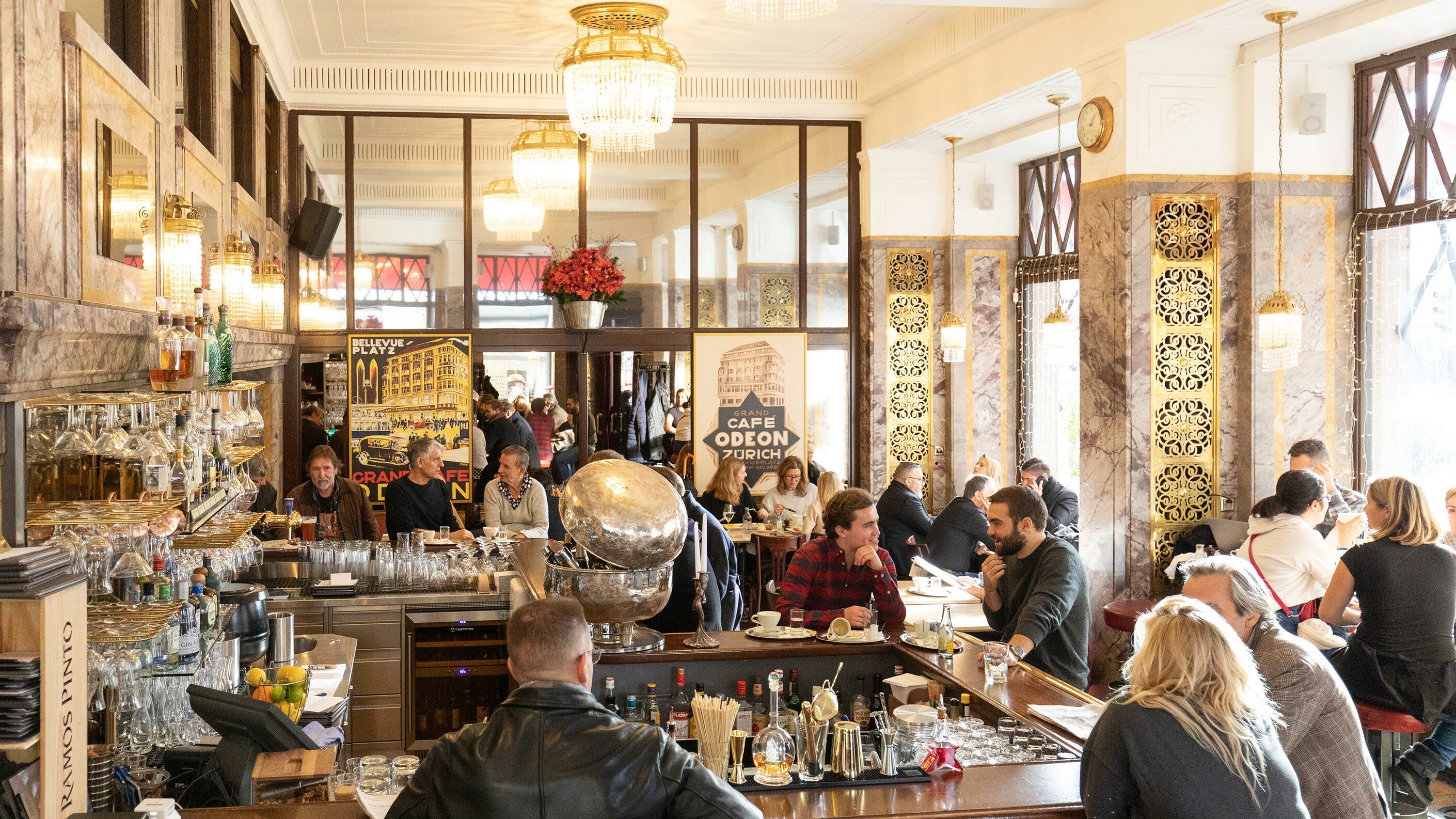 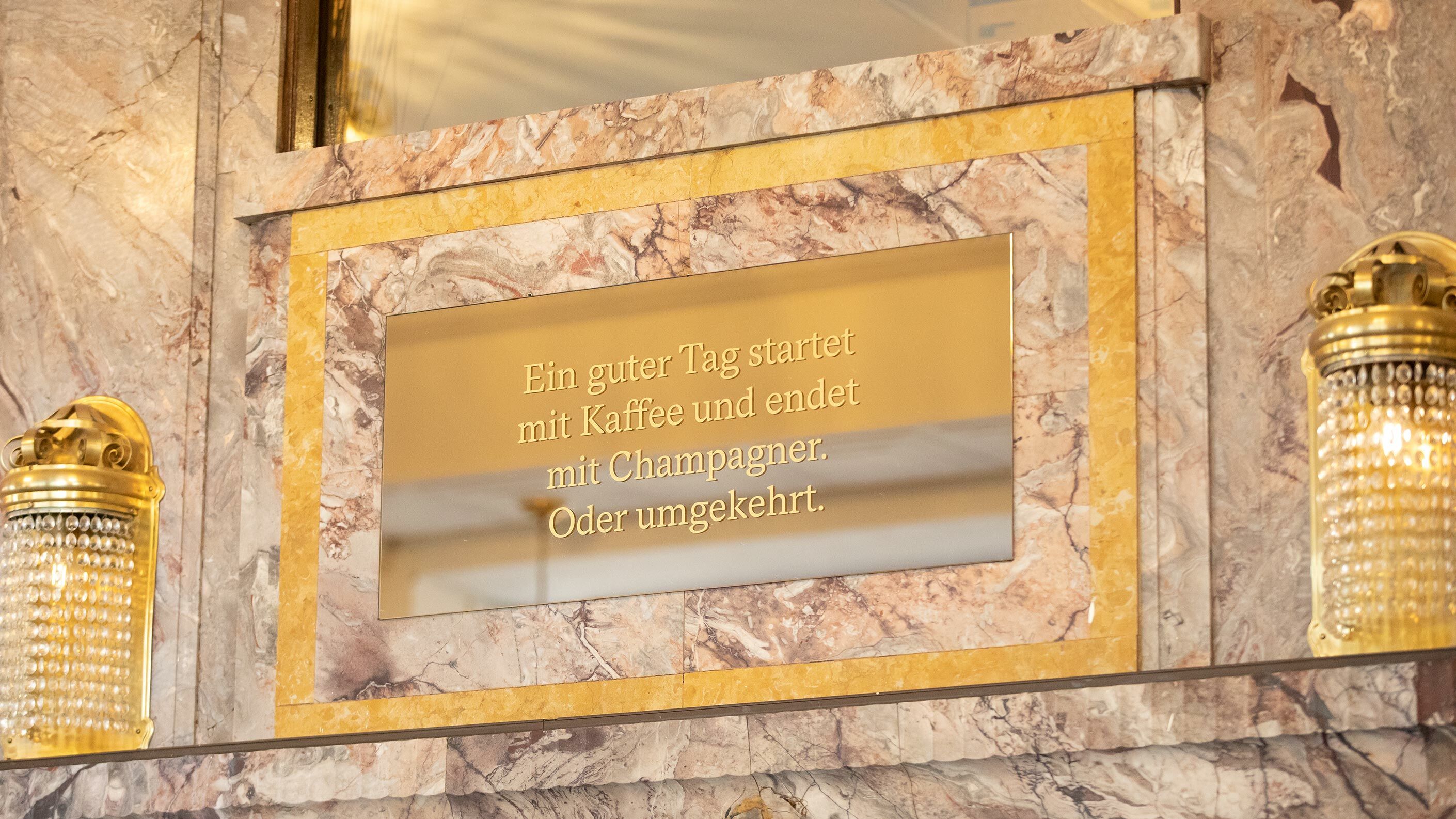 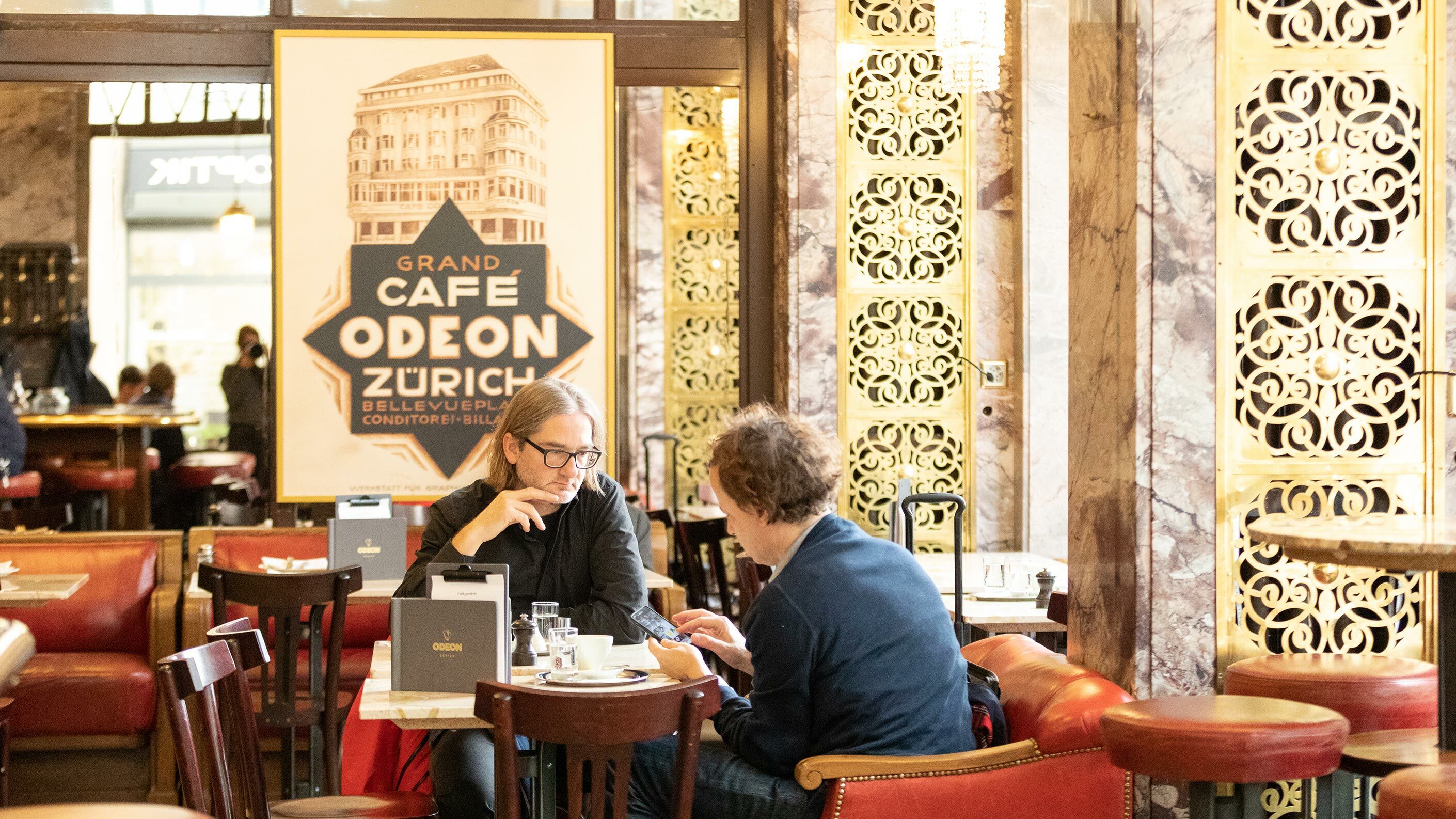 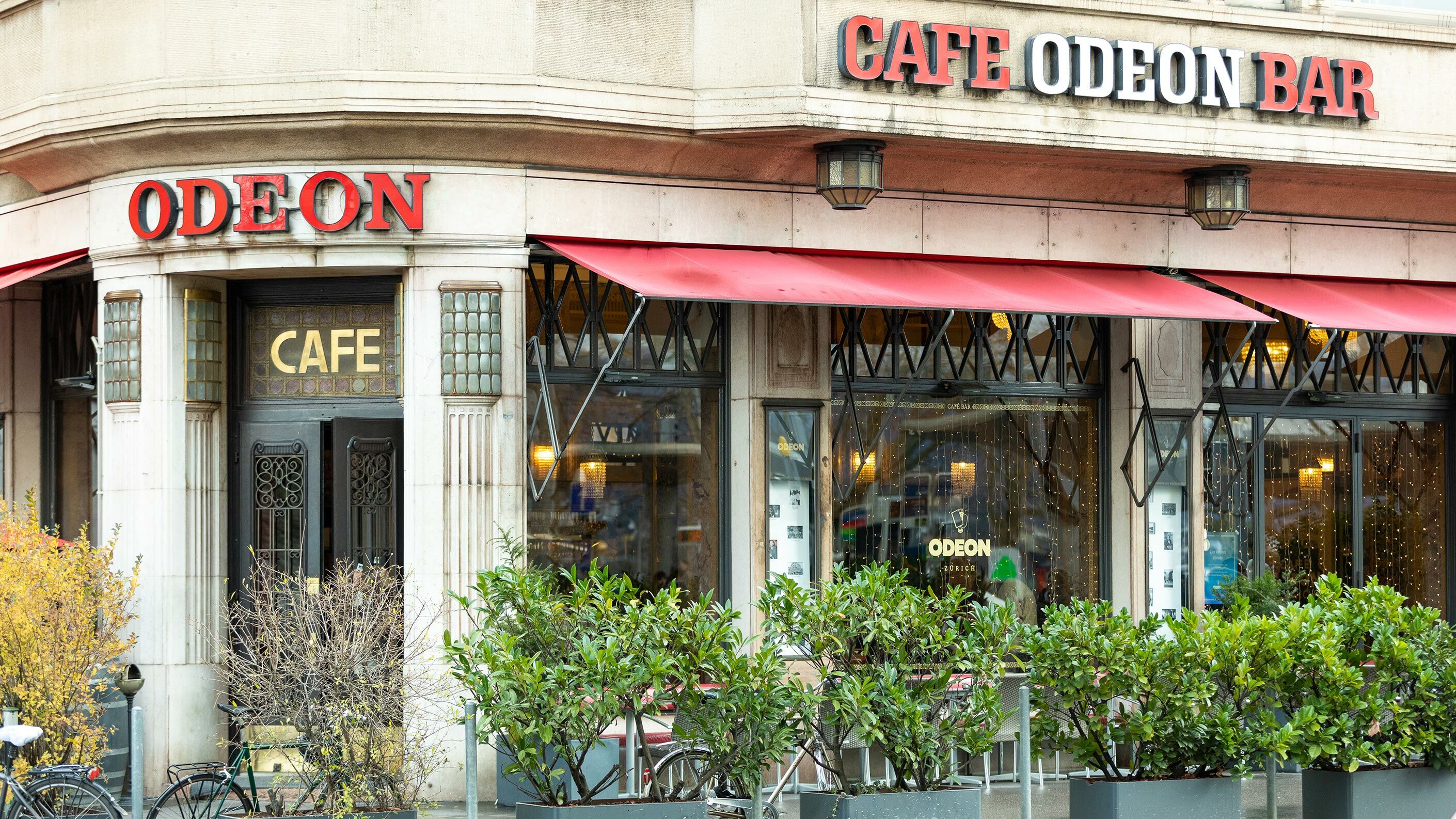 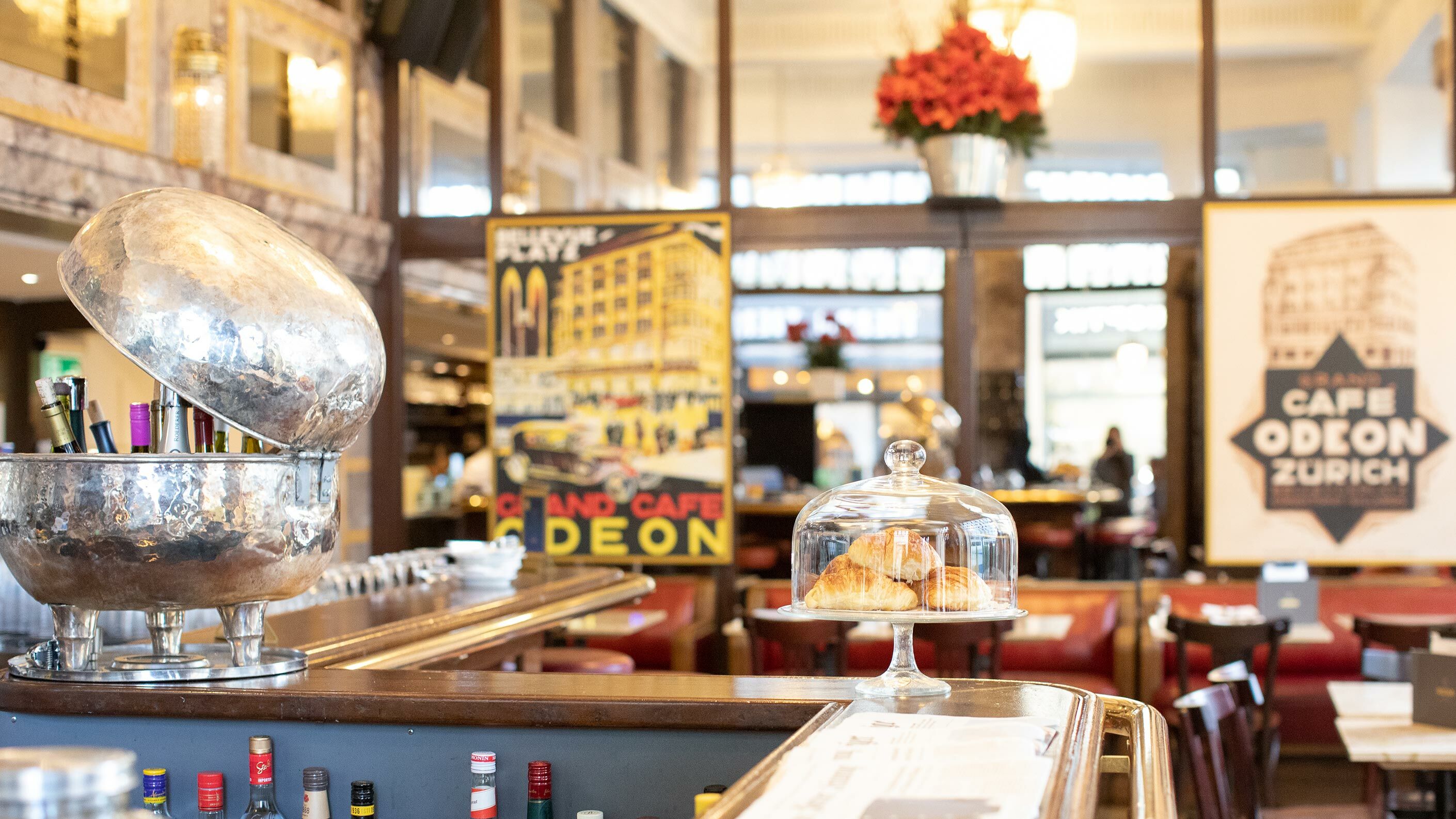 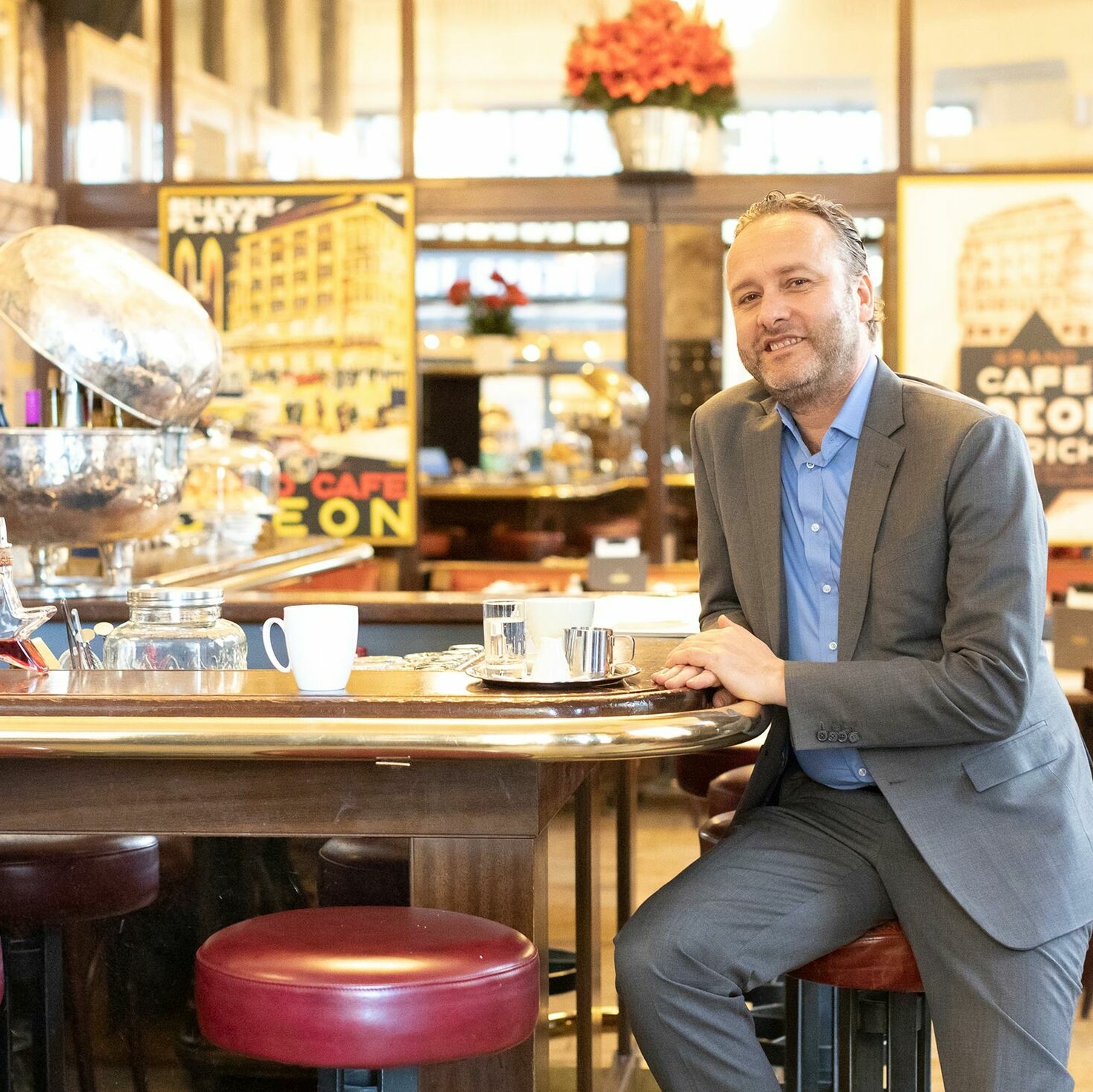 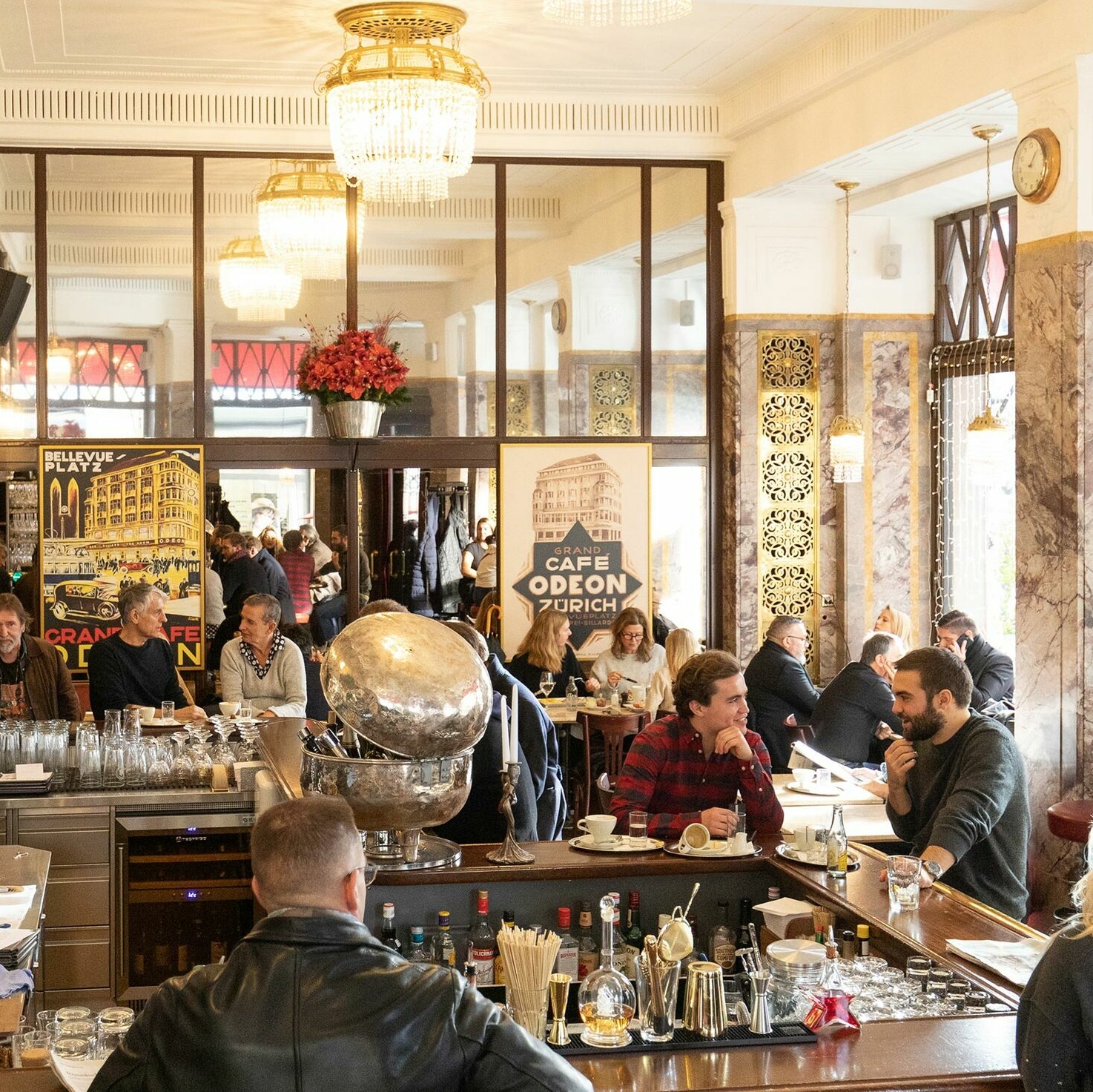 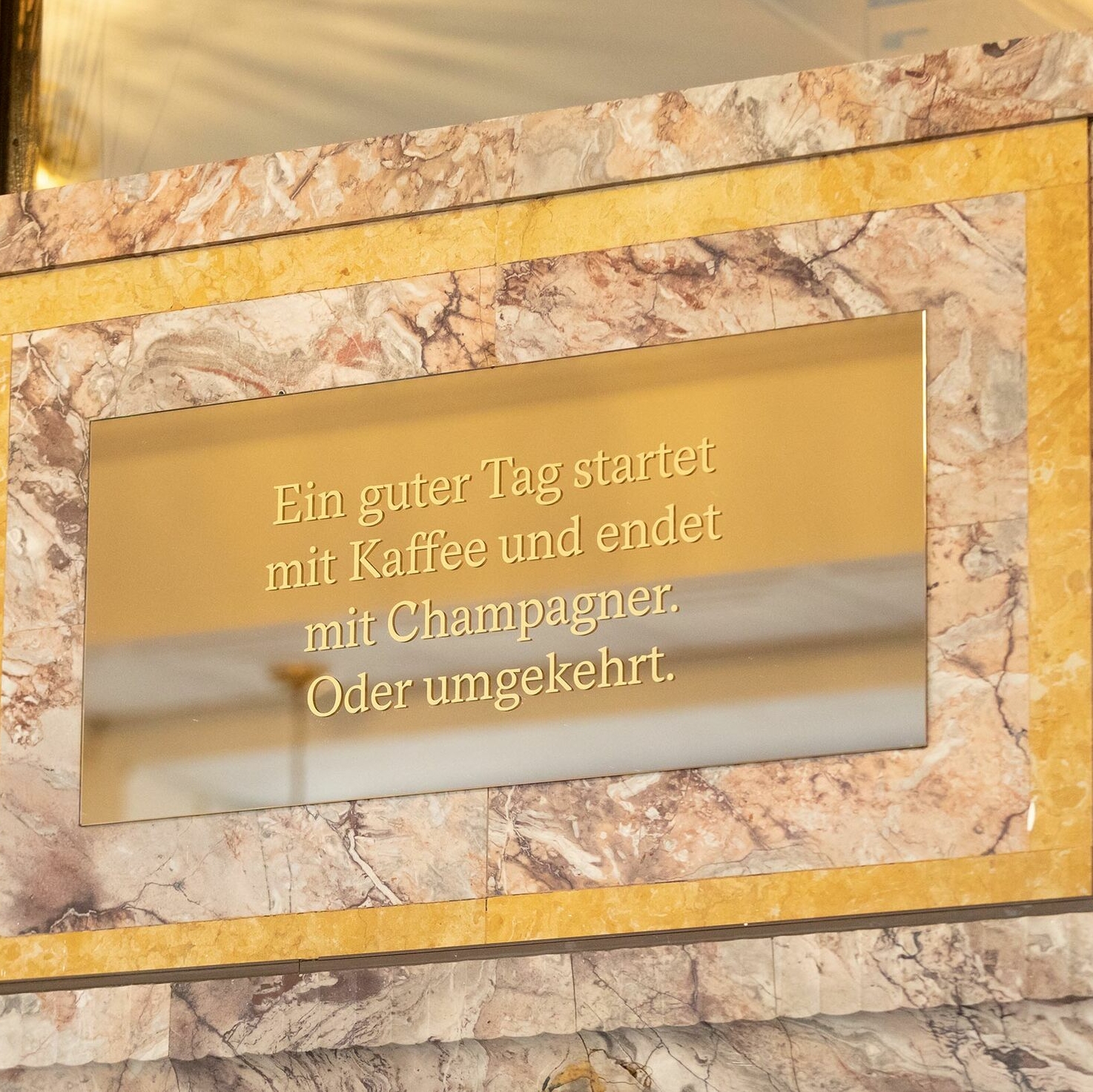 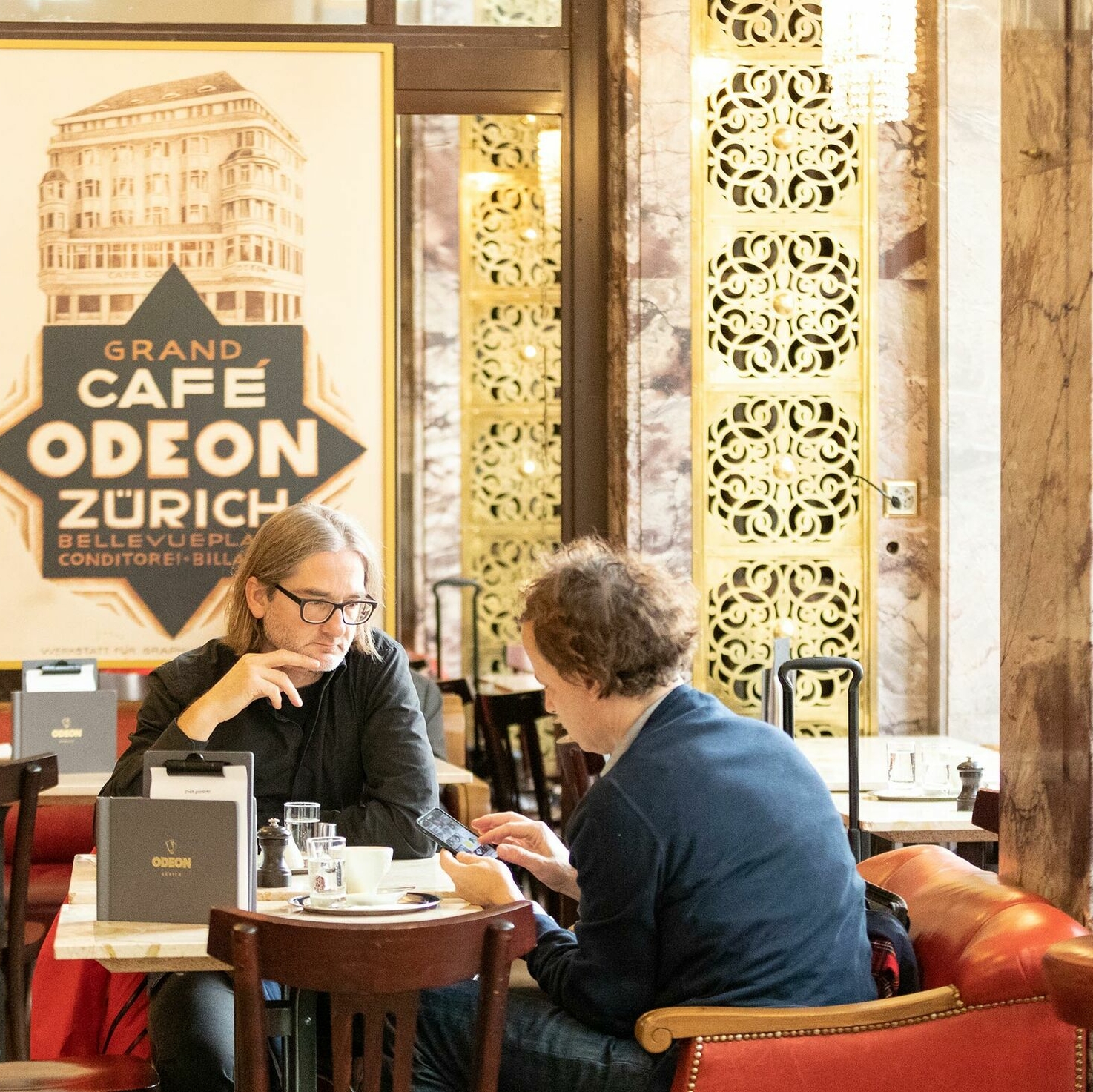 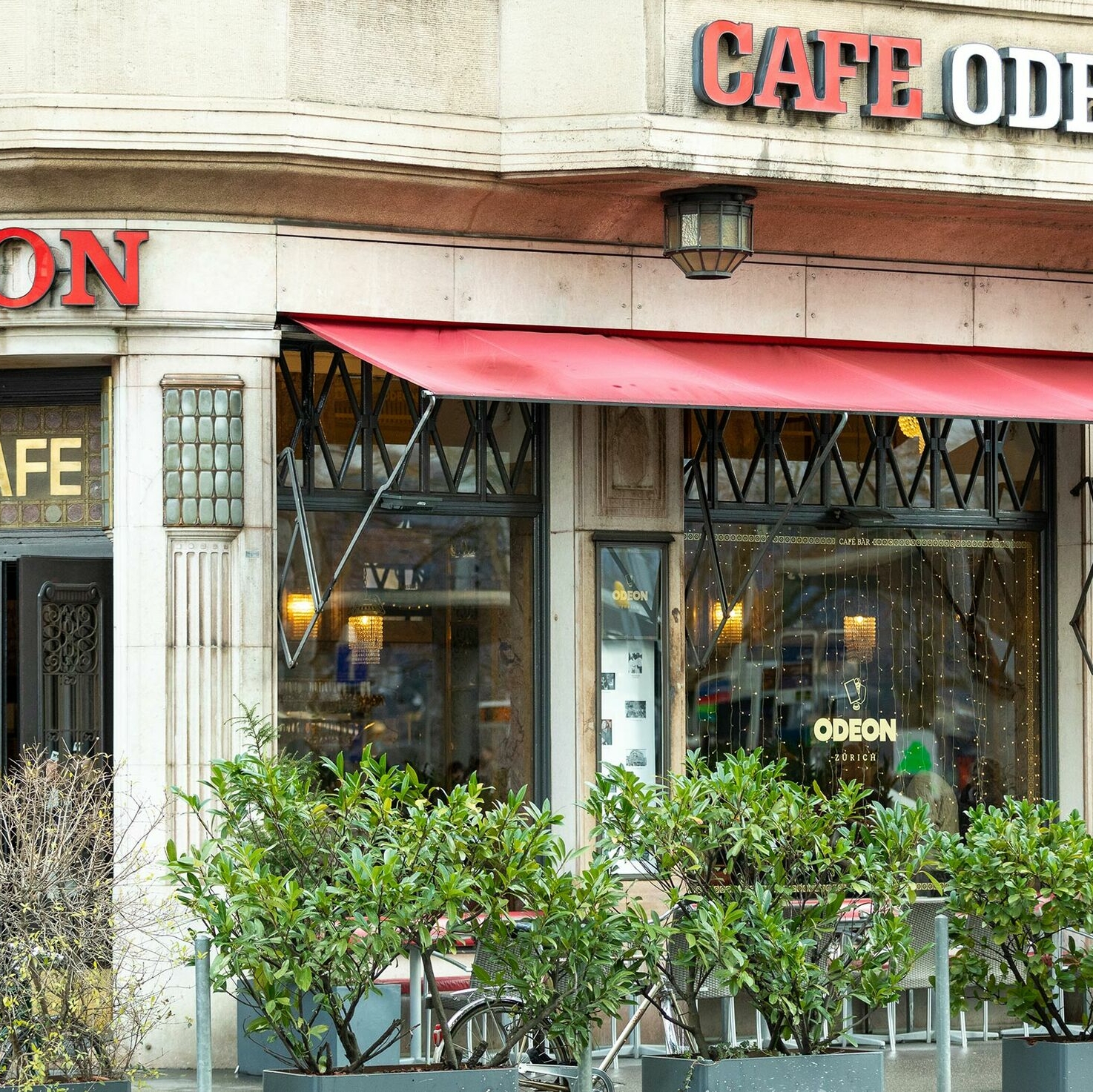 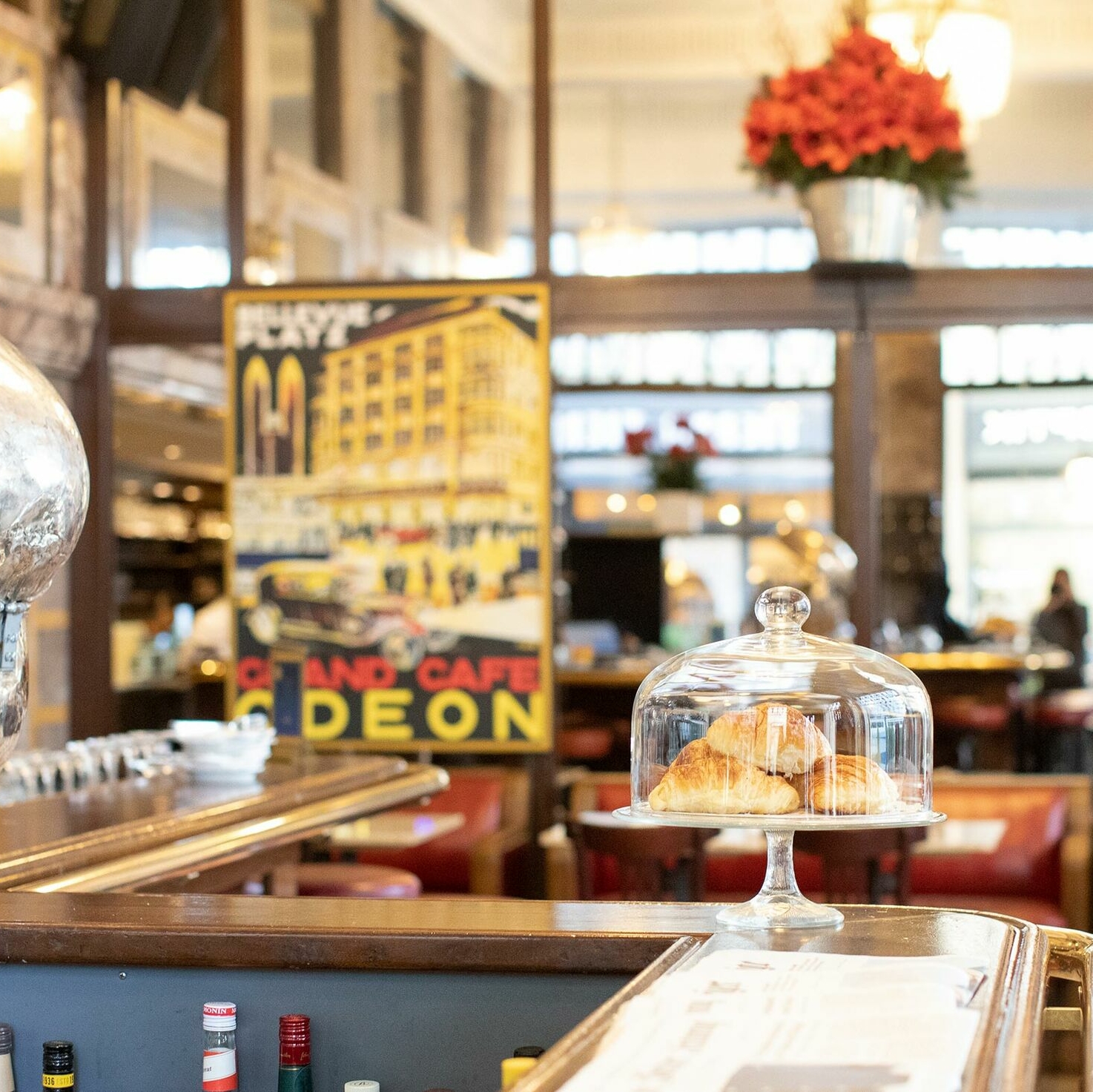 Kurt Wodiczka is the host at what is probably the most legendary café bar in the city: the Odeon – James Joyce’s favourite place to sip coffee.

The famous café bar on Bellevue was the first Zurich establishment to serve champagne by the glass. In addition to its illustrious regular guests from the world of art and culture, the distinguishing feature of this Vienna-style coffee house is its beautiful Art Nouveau décor, which has been preserved in its original form since the café first opened more than 100 years ago. This is where Kurt Wodiczka honours traditional bar culture and quintessential hosting.

Marble, gold and mirrored surfaces: when you enter the Odeon on Bellevue, you are immediately transported back through time. With the carefully placed newspapers waiting for you on the bar, you would be forgiven for thinking you were in a Parisian café in the 1920s. However, the Odeon’s interior was actually inspired by the style of classic Viennese coffee houses. It was even recently officially welcomed to the club of Viennese coffee house owners – an honour that has only ever been bestowed on one other café outside of Austria.

The cosmopolitan atmosphere of the café bar has attracted artists ever since it opened. Numerous writers, poets, musicians and painters regularly frequented the Odeon. Among them were Klaus Mann, Kurt Tucholsky, Erich Maria Remarque and even James Joyce, whose works often allude to Zurich streets and residents.

‘We put atmosphere and style ahead of the latest trends’

You’ll often still find famous personalities in the establishment today – especially during events such as the Zurich Film Festival. Lots of actors and scriptwriters choose to be interviewed at the Odeon because of its historical significance, explains Kurt Wodiczka, the Odeon’s host. The staff are always extremely discreet, as Kurt explains: ‘We treat and serve everyone as equals.’

‘Using Swiss meat and local producers is second nature to us’

With such amazing stories, it’s hard to believe that the café bar’s very existence is purely down to chance: merchant and Colonel Julius Uster went bankrupt during the construction of the building, which began in 1910. But then he won the Spanish lottery and was finally able to finish the project. Thanks to his unexpected windfall, he was even able to afford the amazing red marble that still adorns the café today and he opened the Odeon a year later.

In the 1970s, the café became the meeting place for the student movement. Because of the growing influence of the drug scene – Bellevue was a well-known dealing spot – the venue became run down and was so badly damaged during a riot that it had to close down in 1972. When the café reopened, the space had been reduced by a third to make it a more manageable size and to improve security. The other part of the building initially became a boutique and later the Odeon Pharmacy, which is still there today.

‘This is a place for everyone. People in suits are no more important than those in shorts’

Throughout its eventful history, the Odeon has adapted with the changing needs of its guests without ever losing its character: ‘We put atmosphere and style ahead of the latest trends,’ explains Kurt. Elaborately mixed drinks or fancy superfoods are not on the menu at the Odeon.

The in-house Viennese chef prefers to serve authentic apple strudel and home-made Austrian dumplings. The ingredients are of the highest quality: ‘Using Swiss meat and local producers is second nature to us – just like steering clear of wholesale coffee,’ says Kurt.

And thanks to its long opening hours, the café bar appeals to people from all walks of life, whether it’s for a lavish breakfast, a business lunch, afternoon coffee and cake or an aperitif and dinner. ‘This is a place for everyone. People in suits are no more important than those in shorts,’ says Kurt.