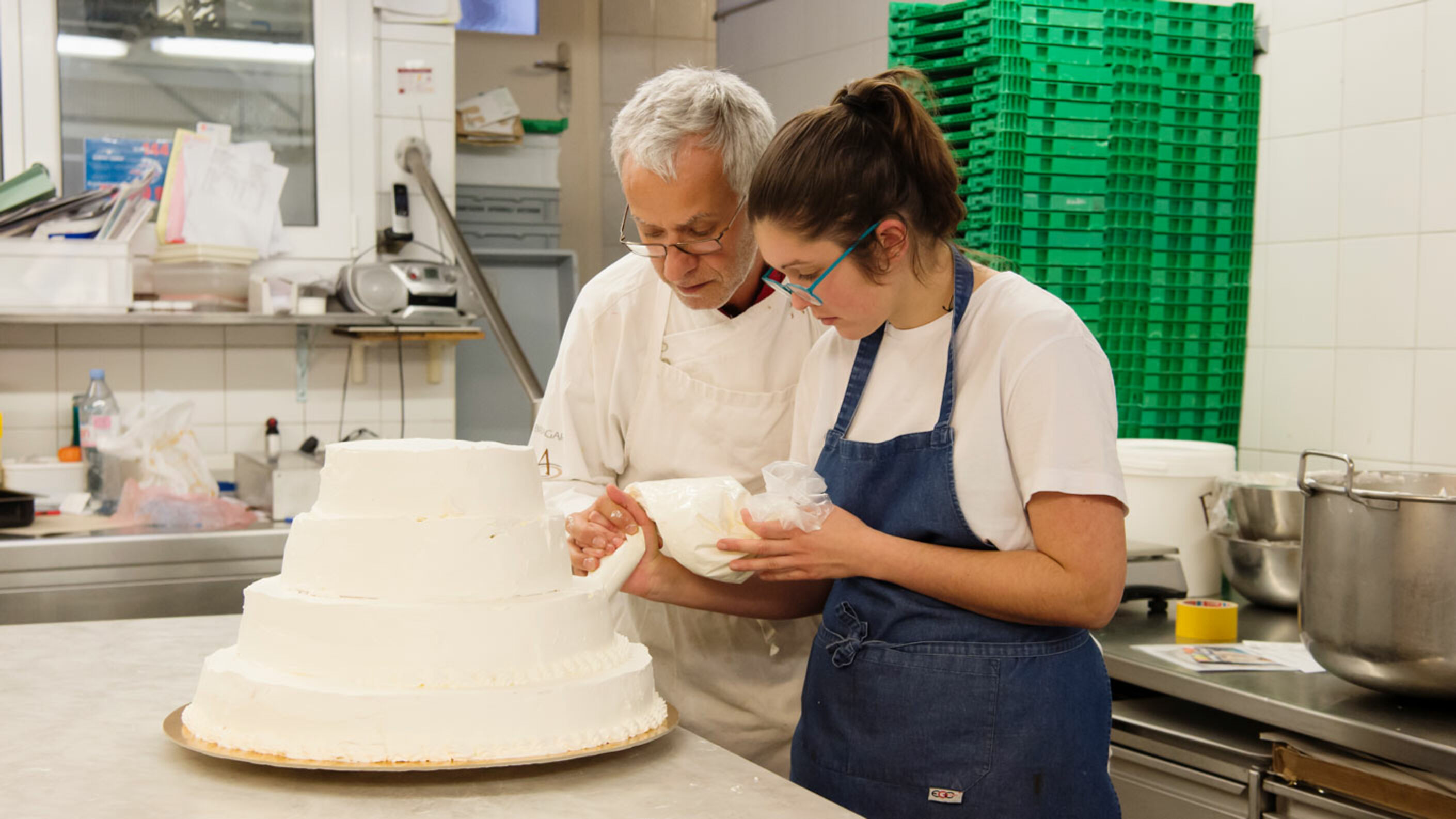 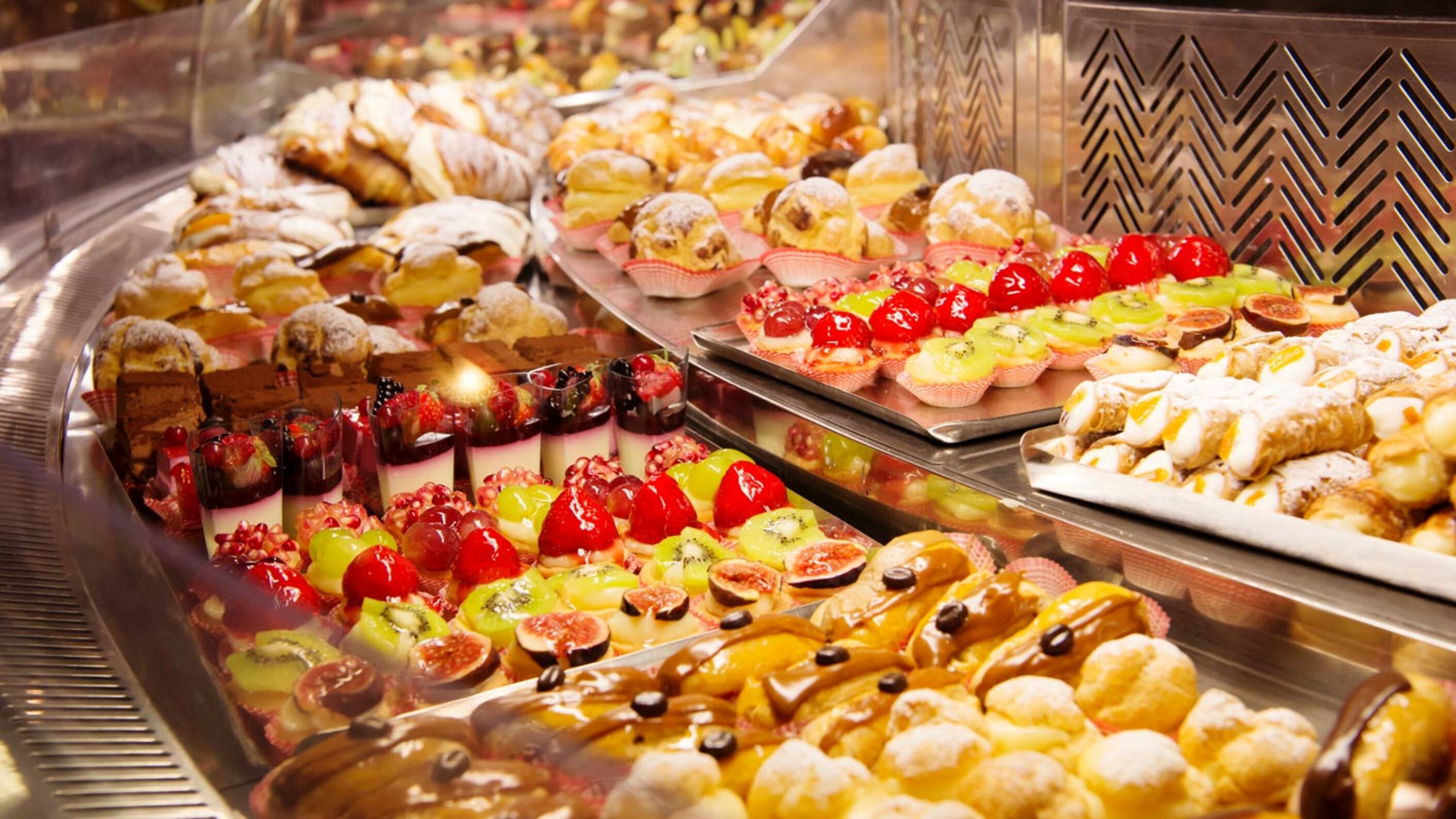 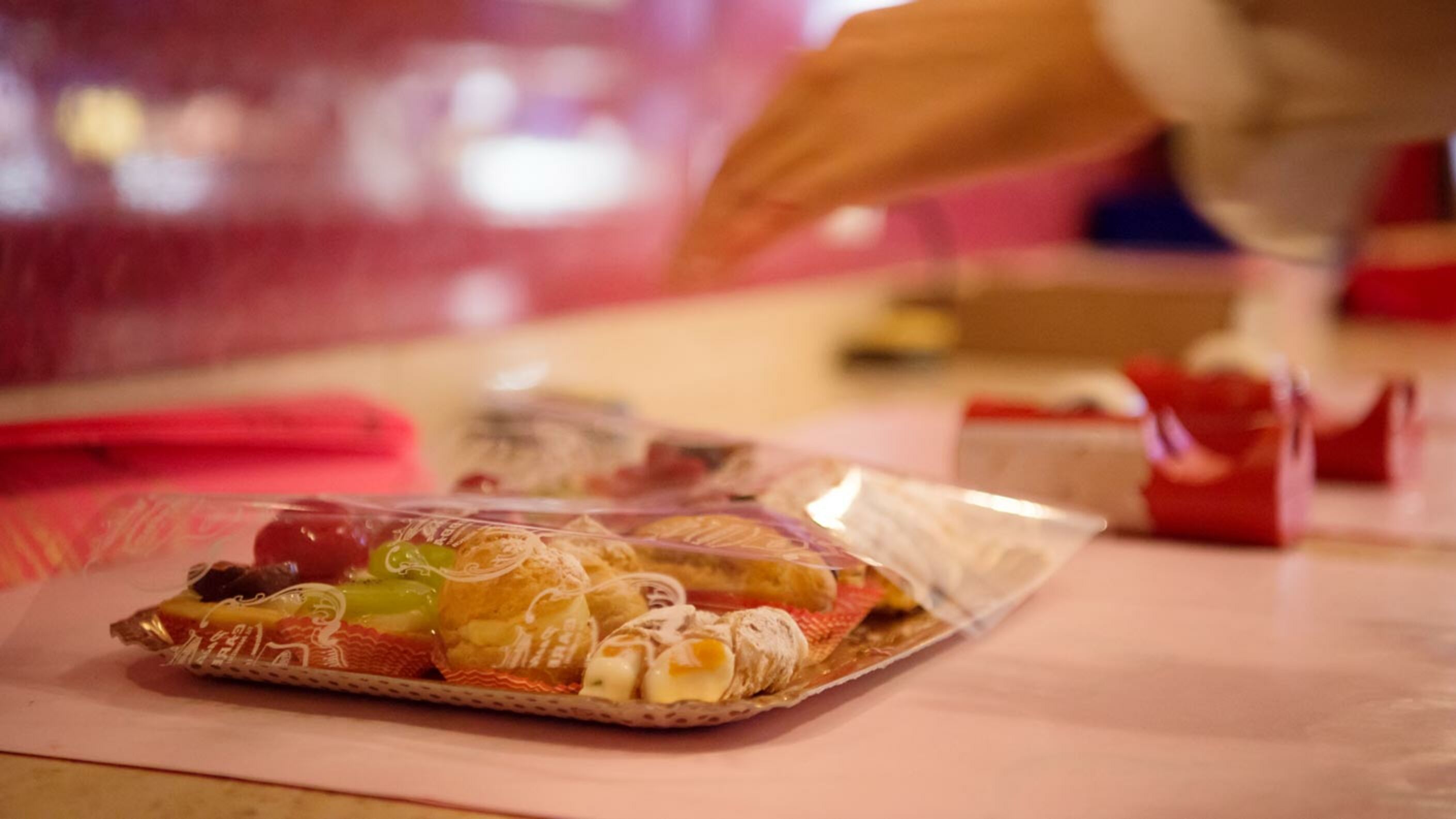 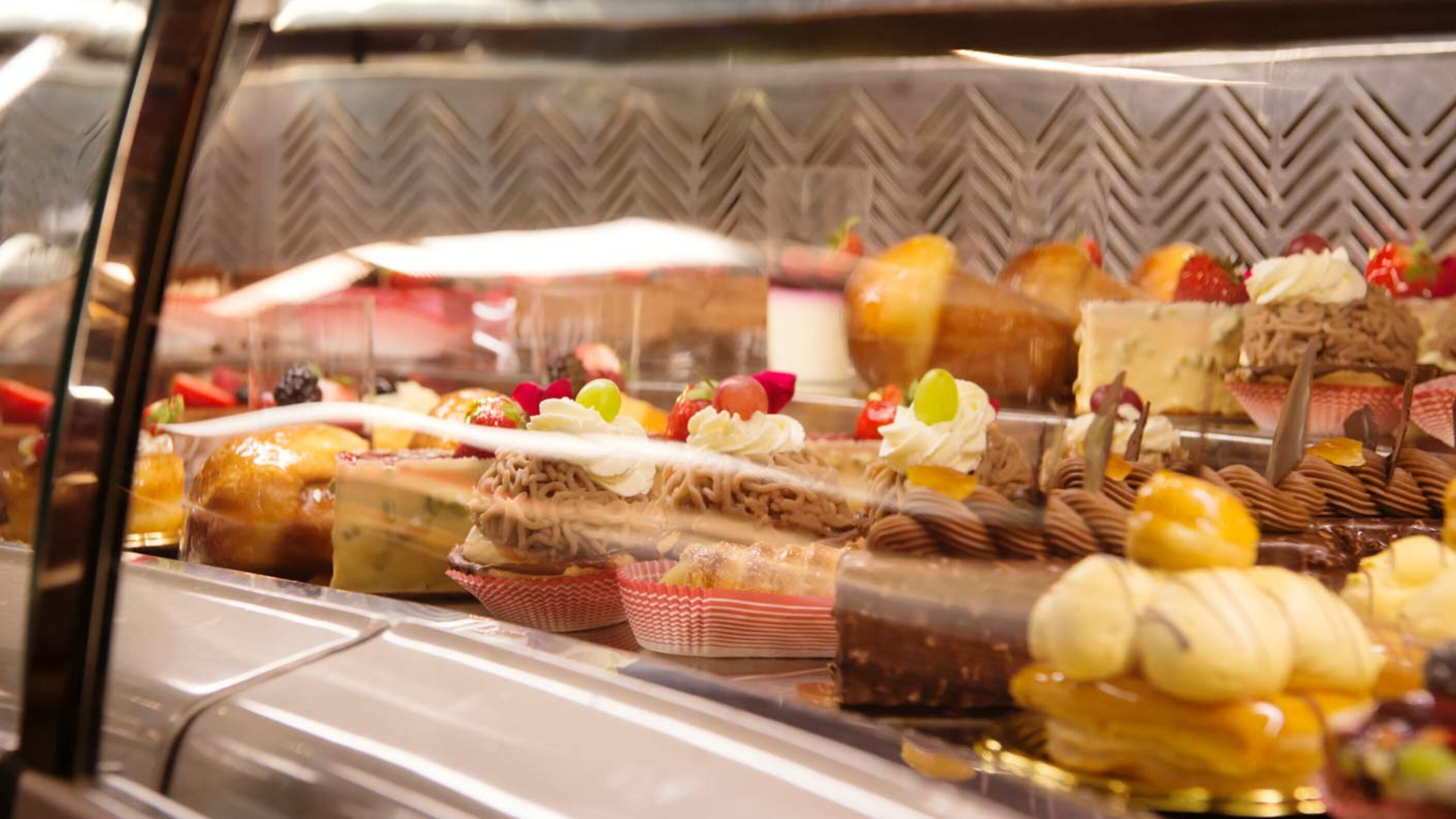 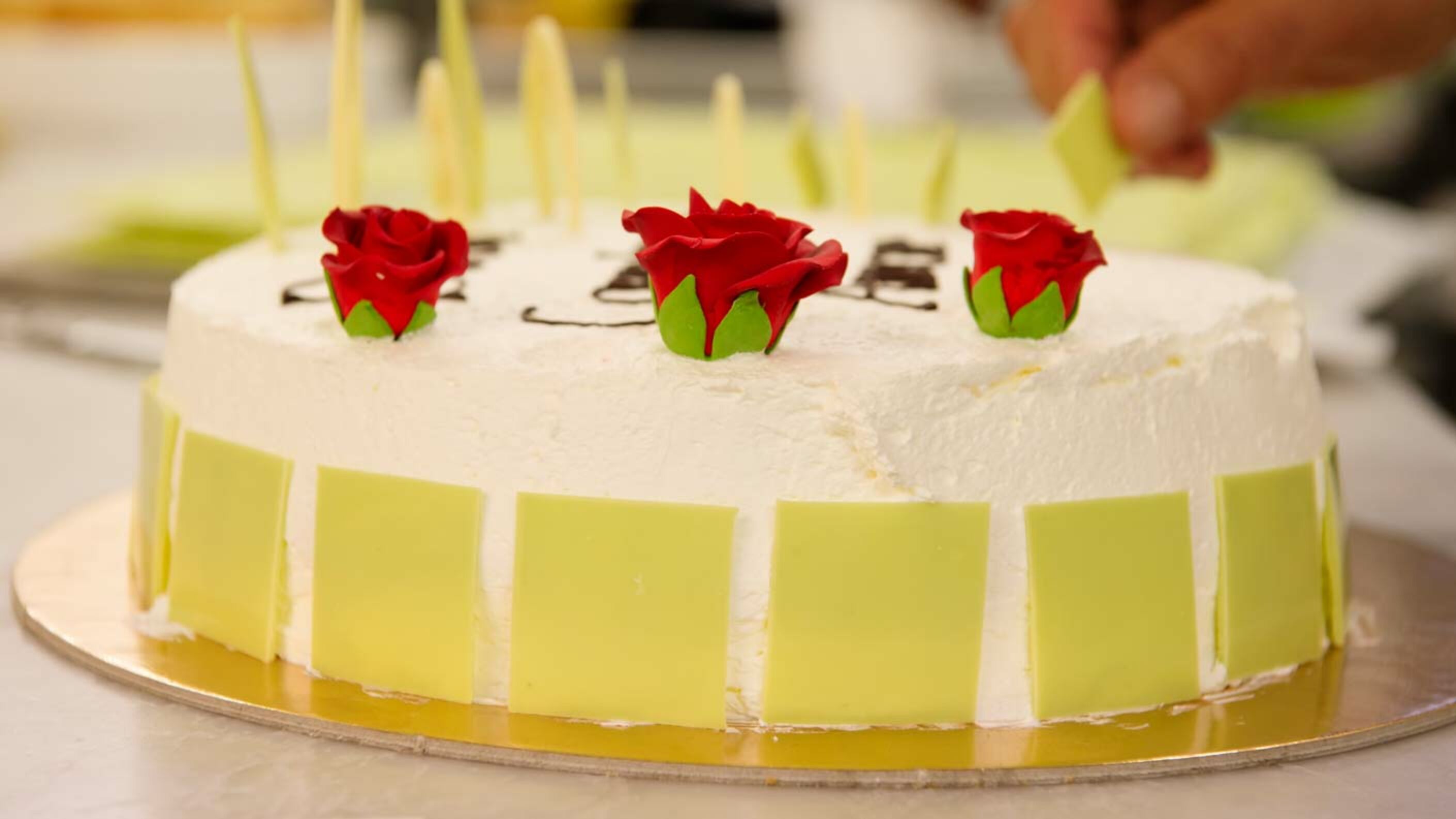 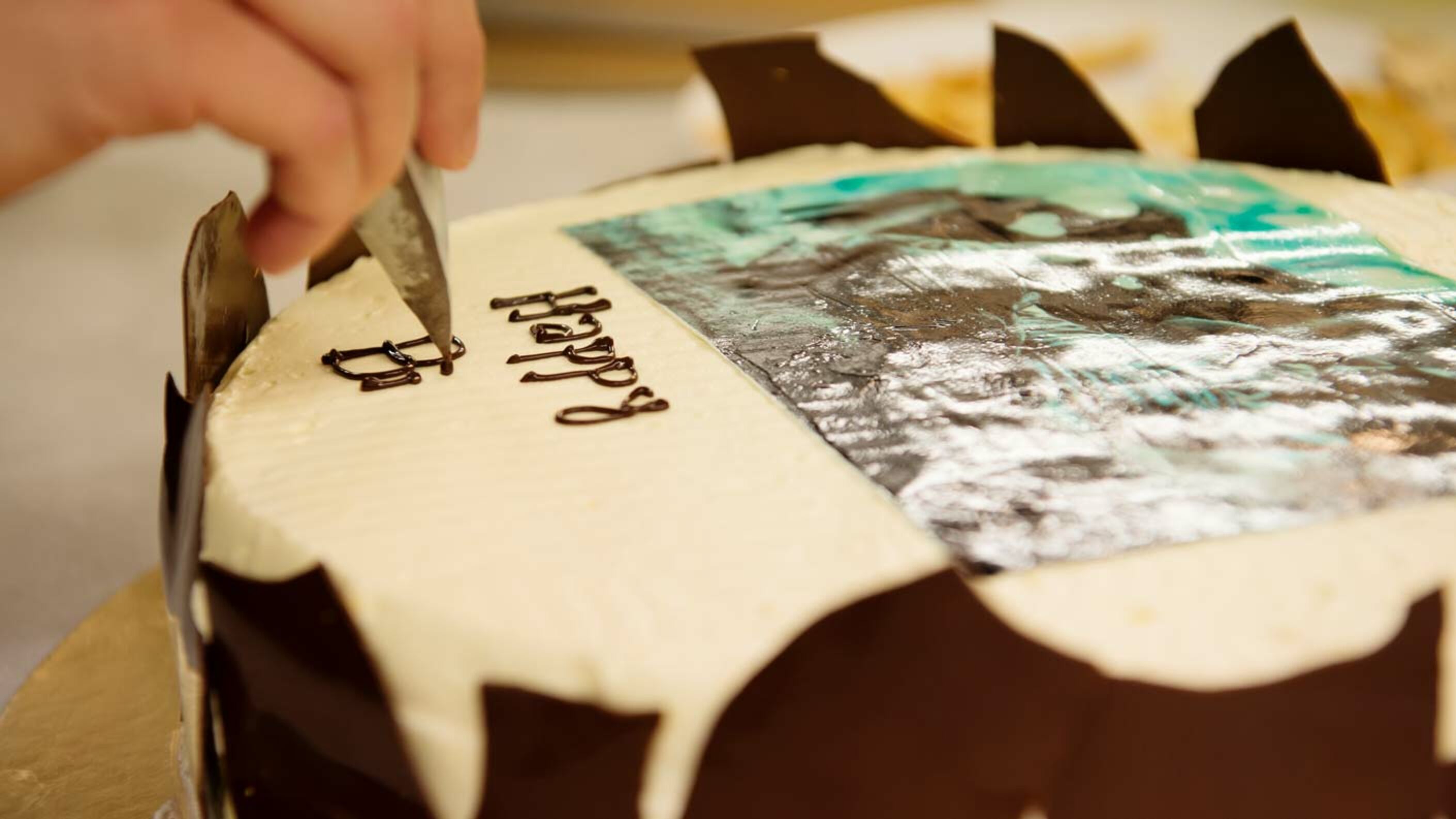 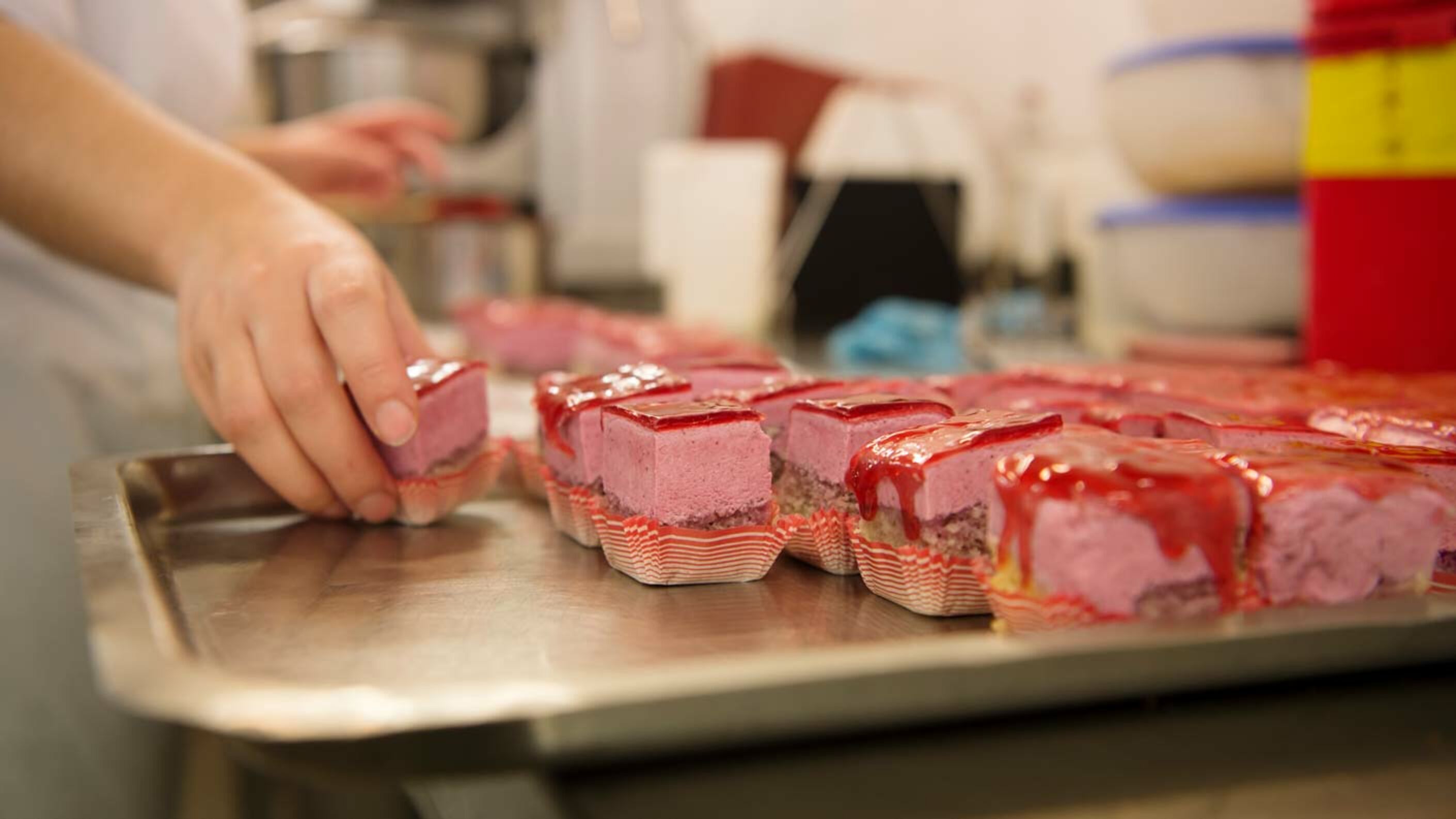 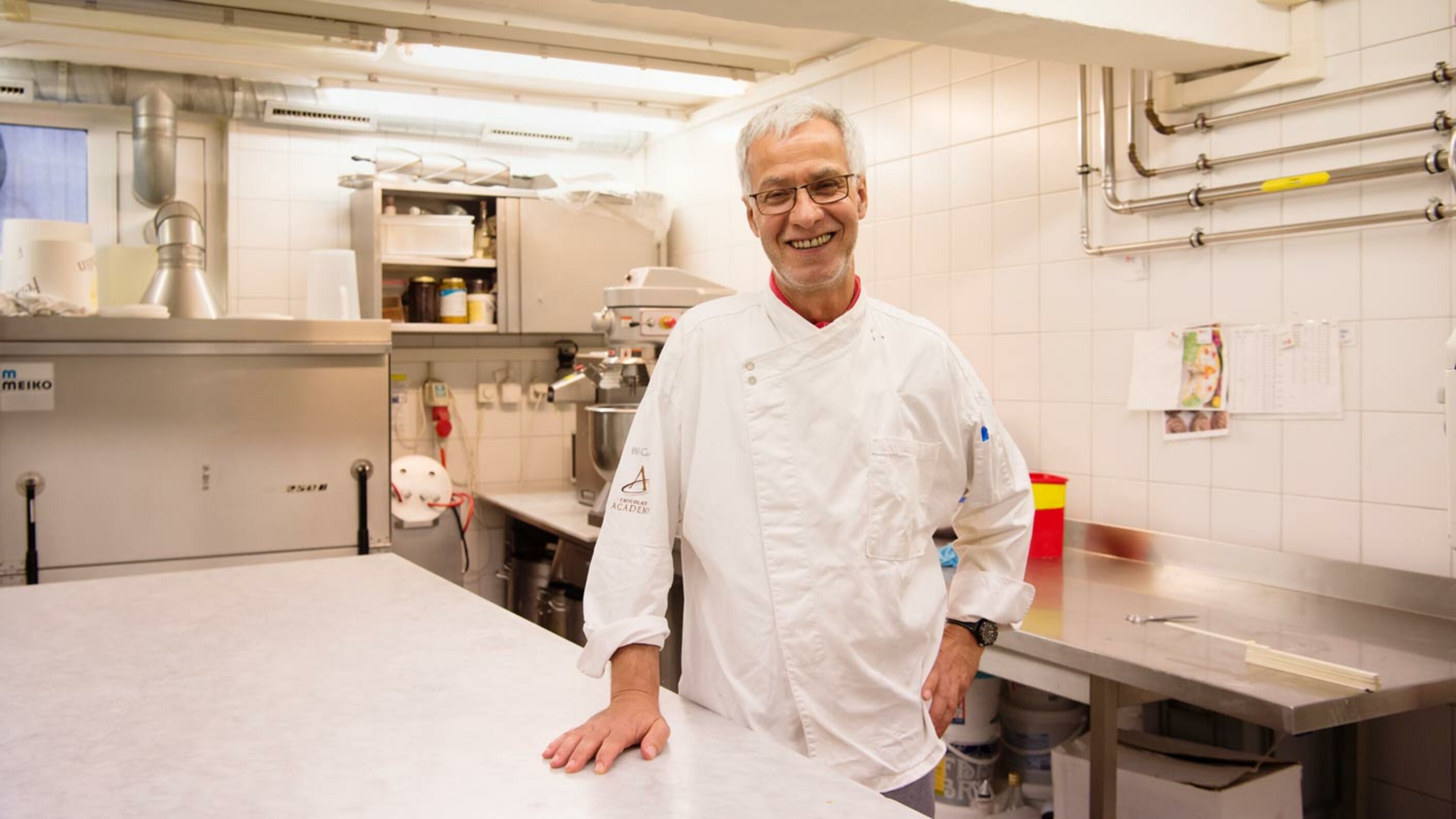 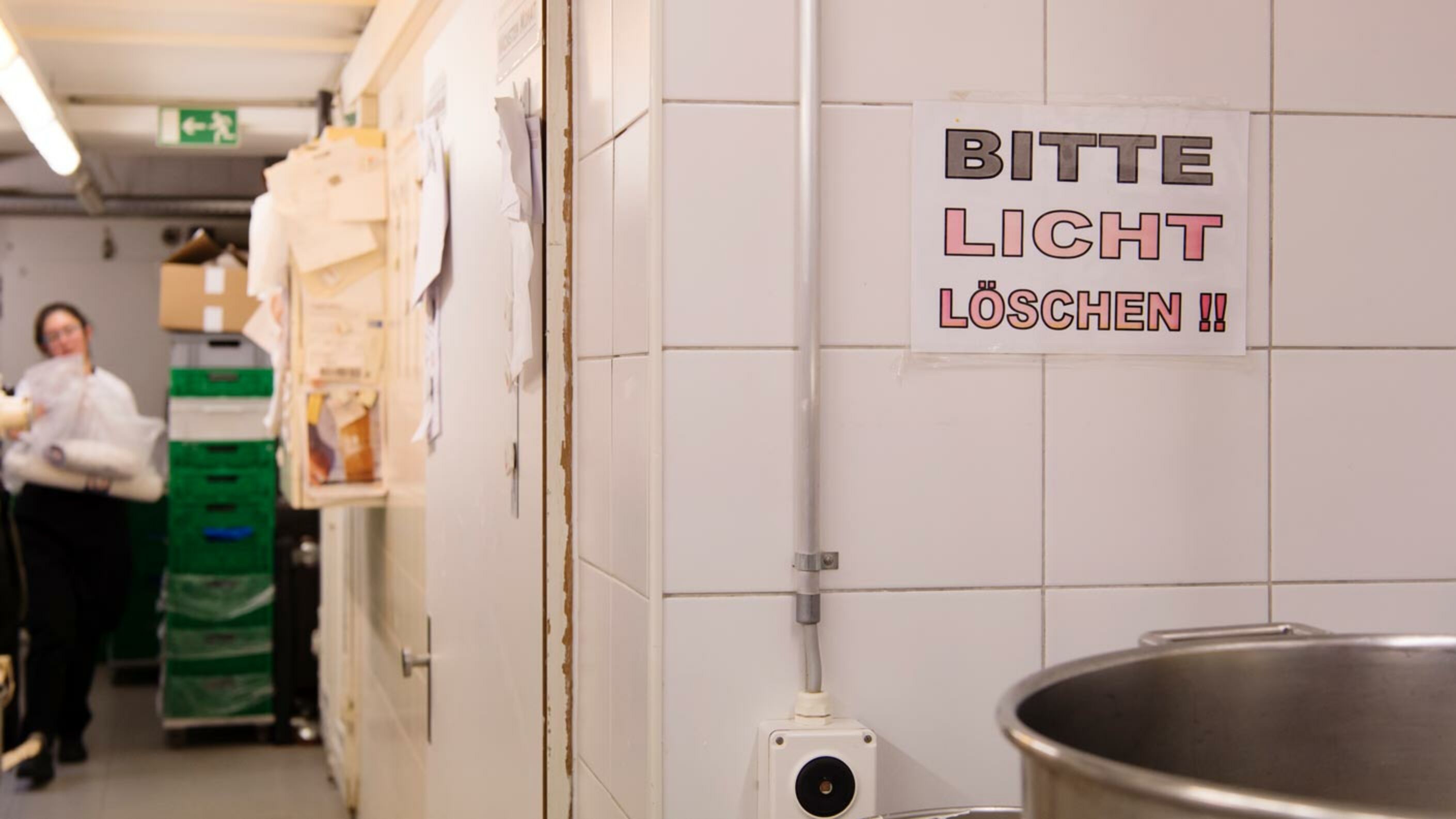 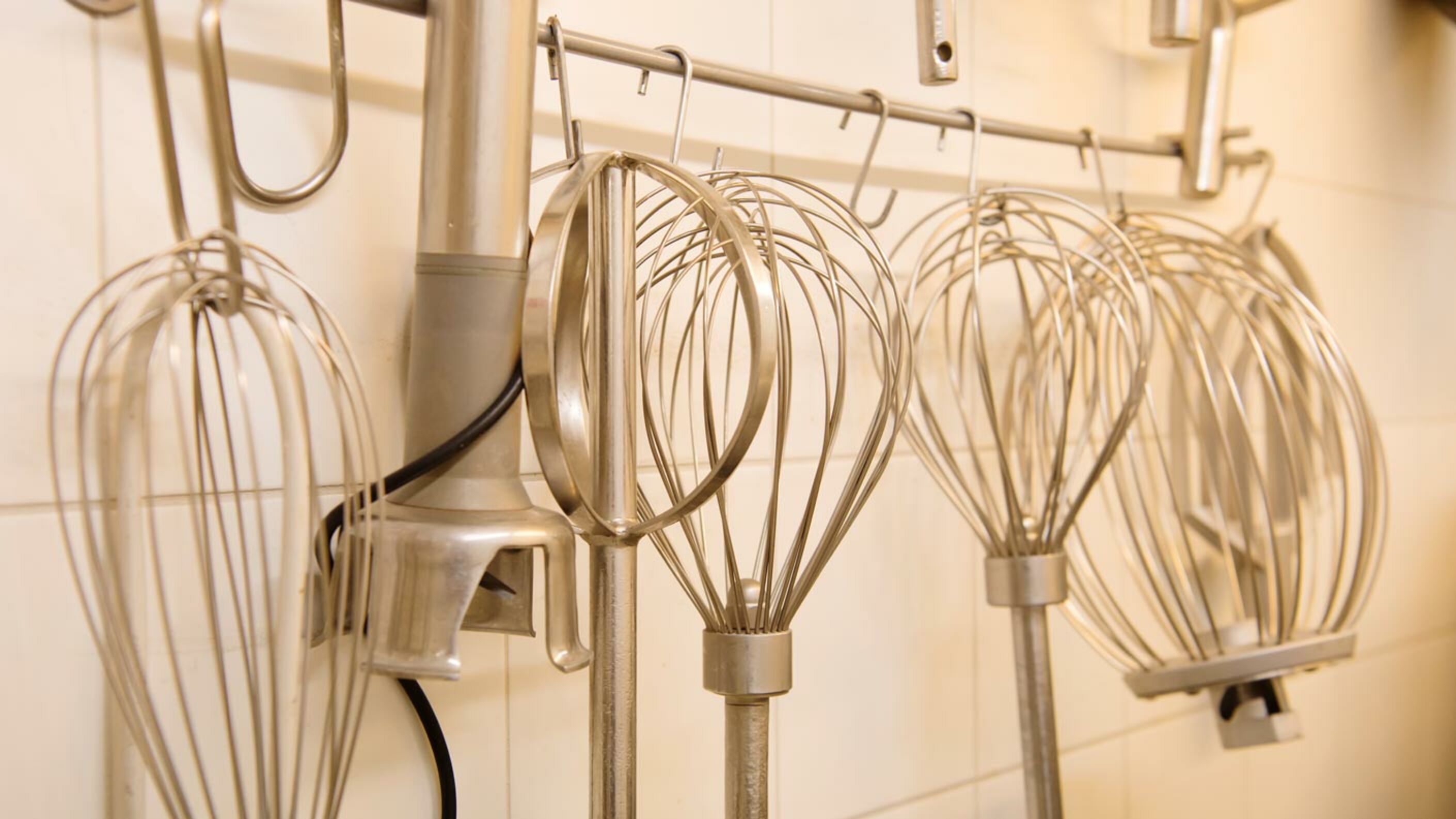 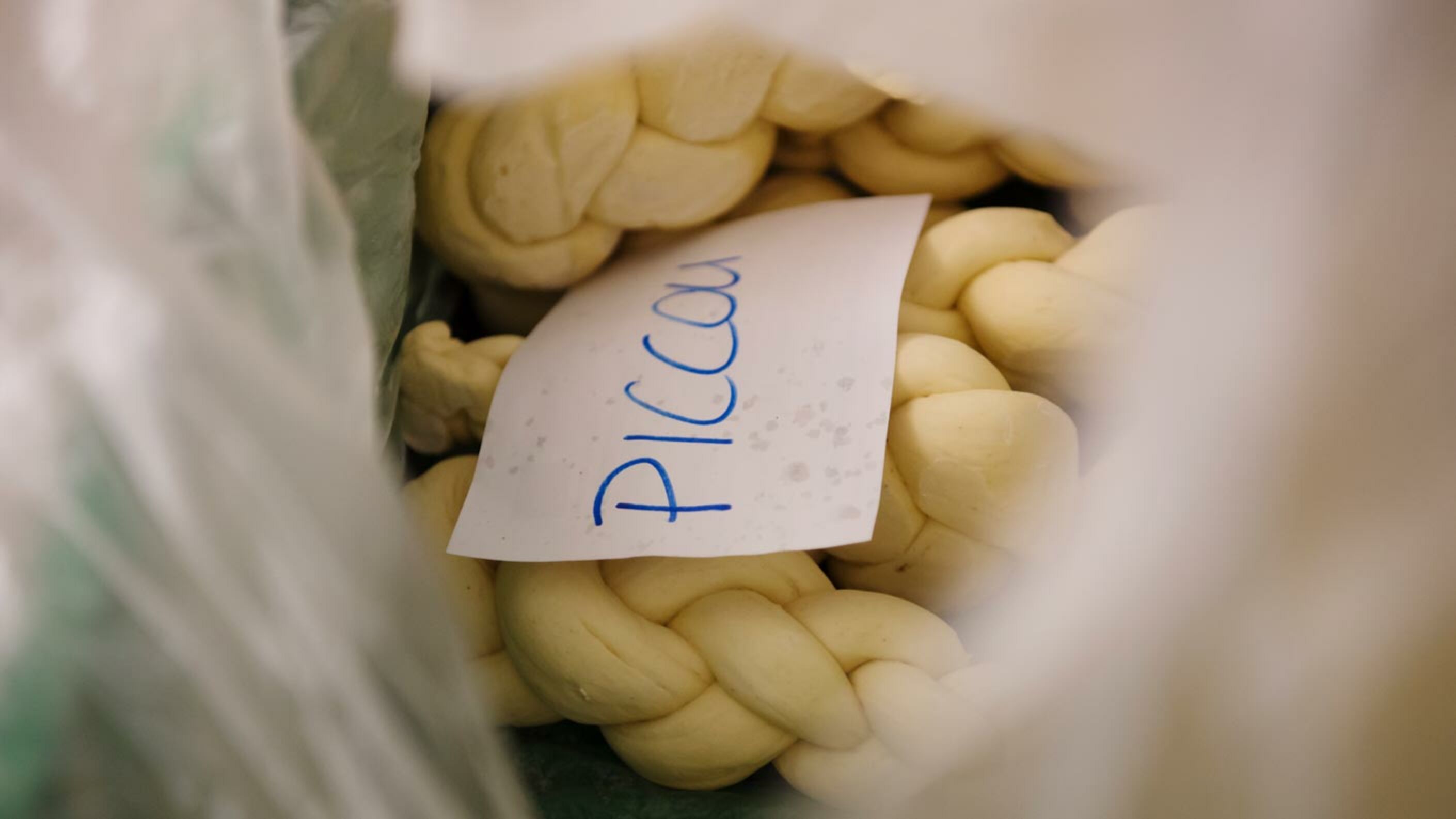 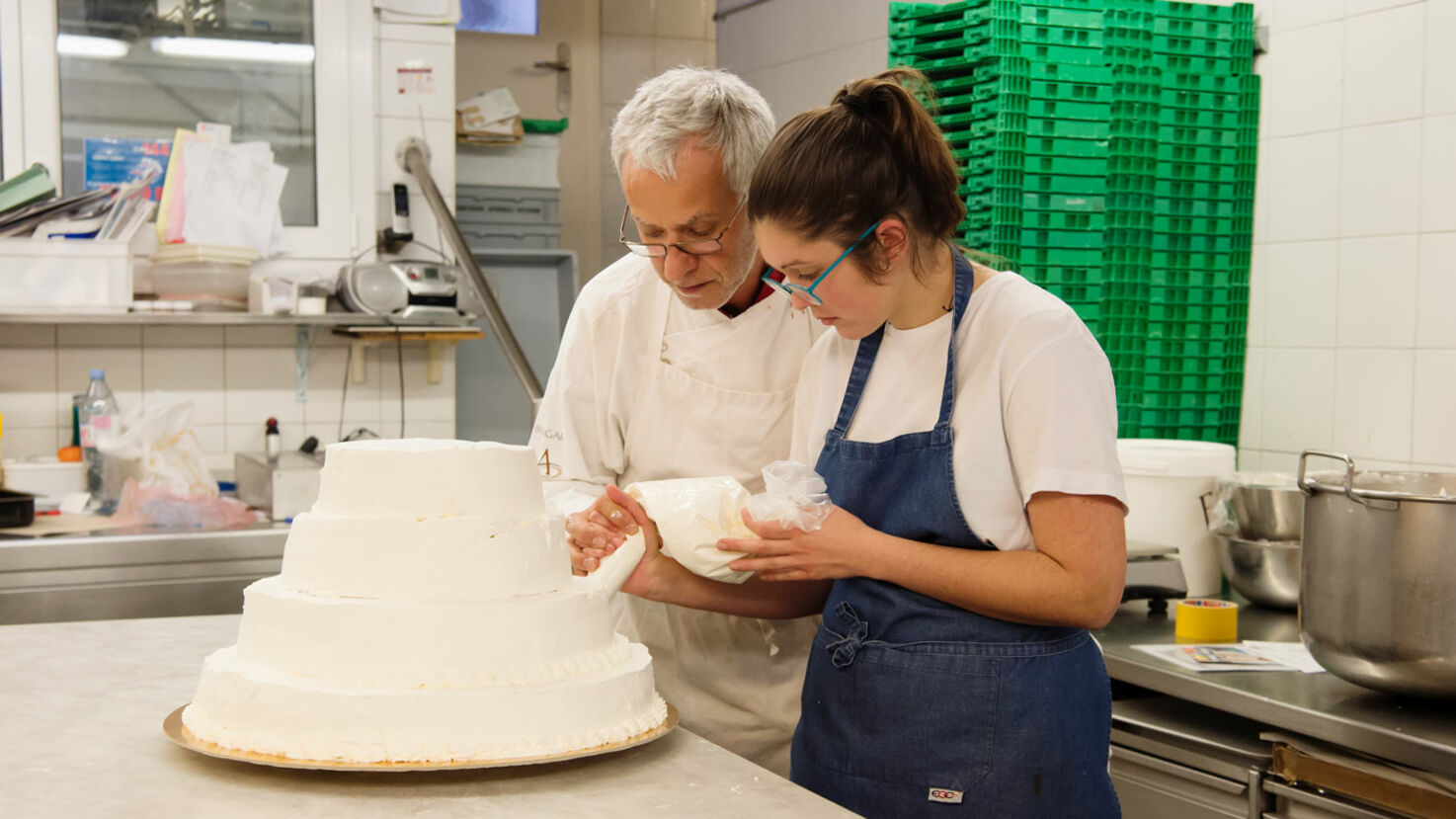 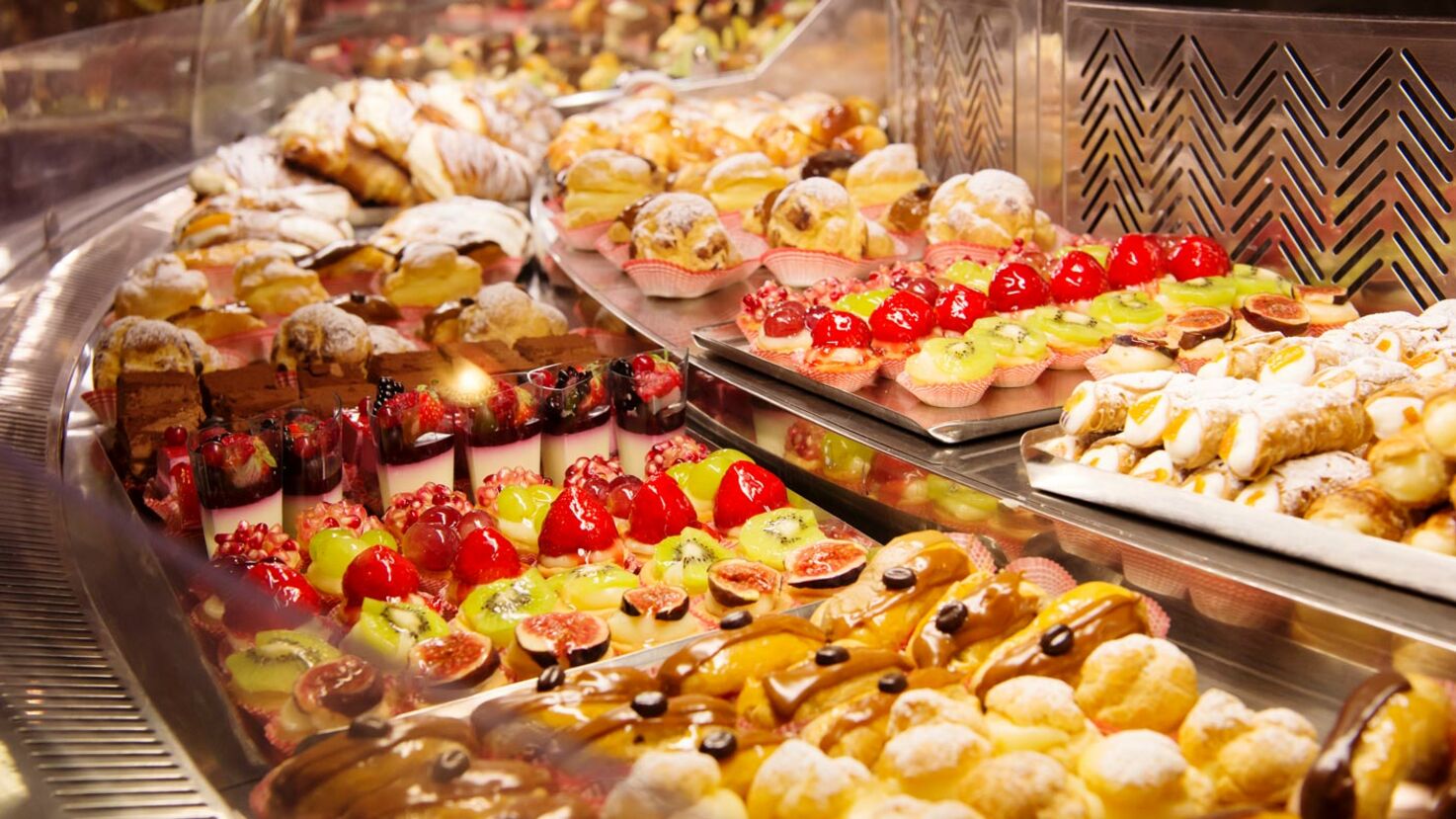 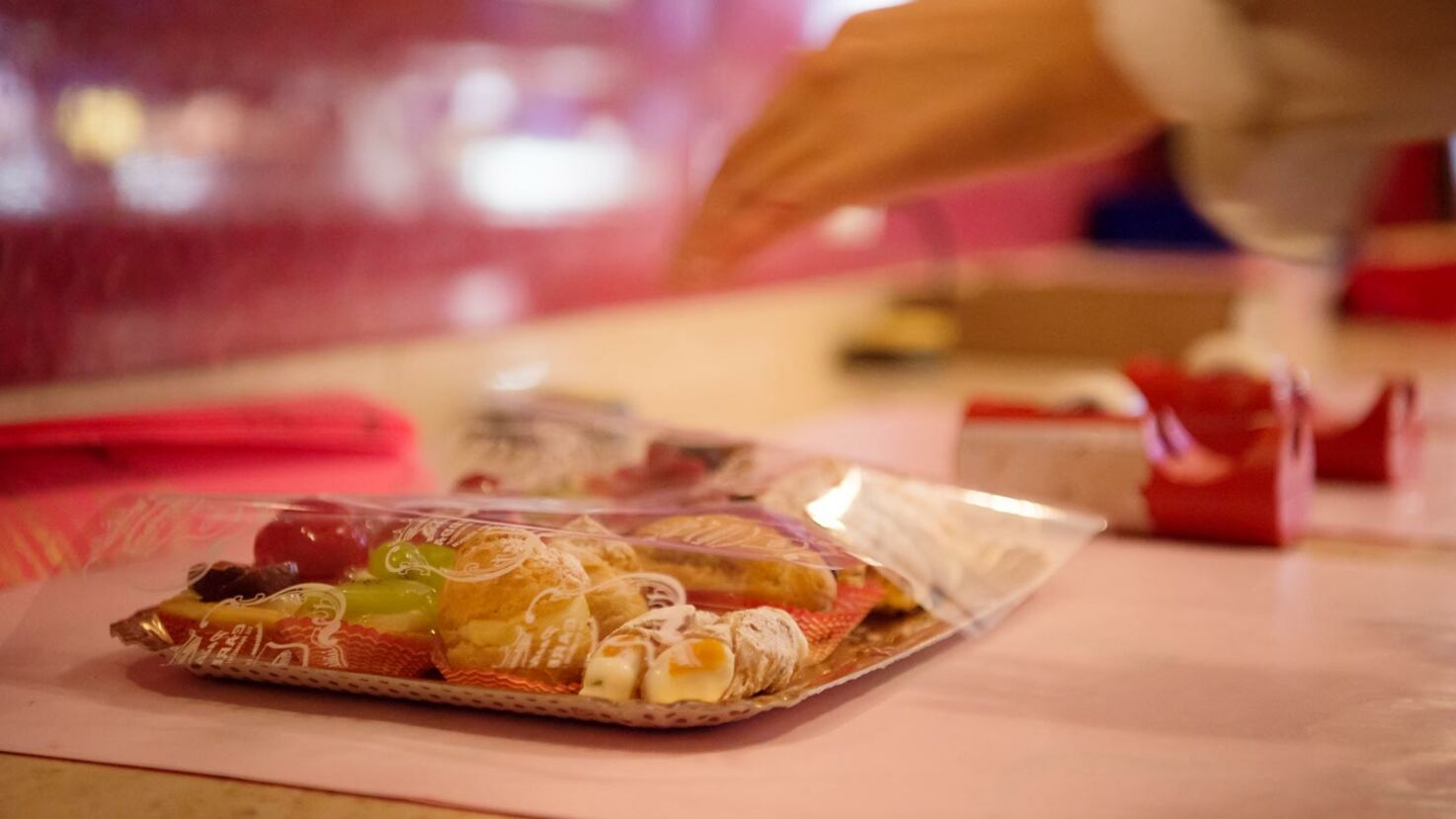 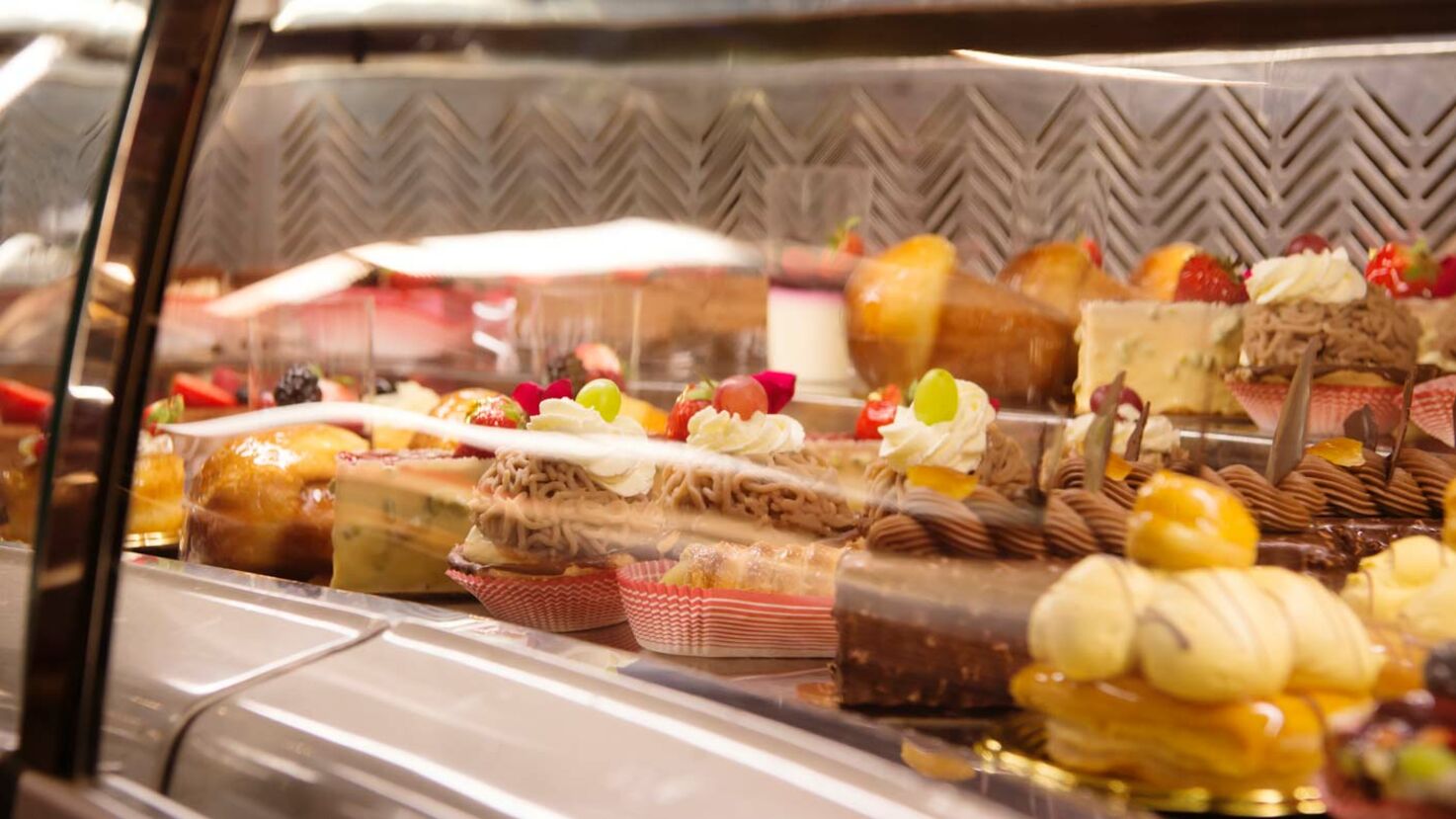 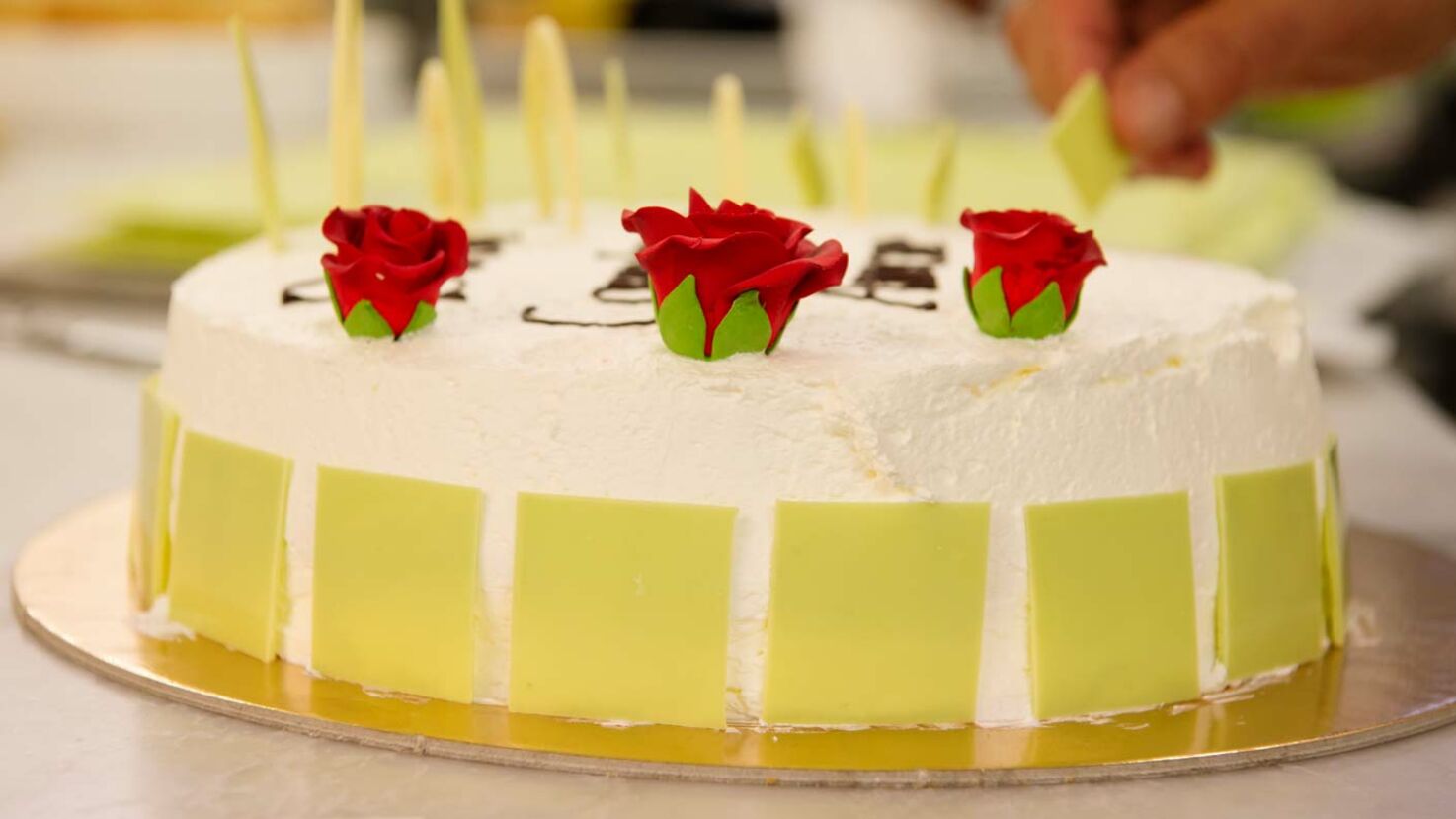 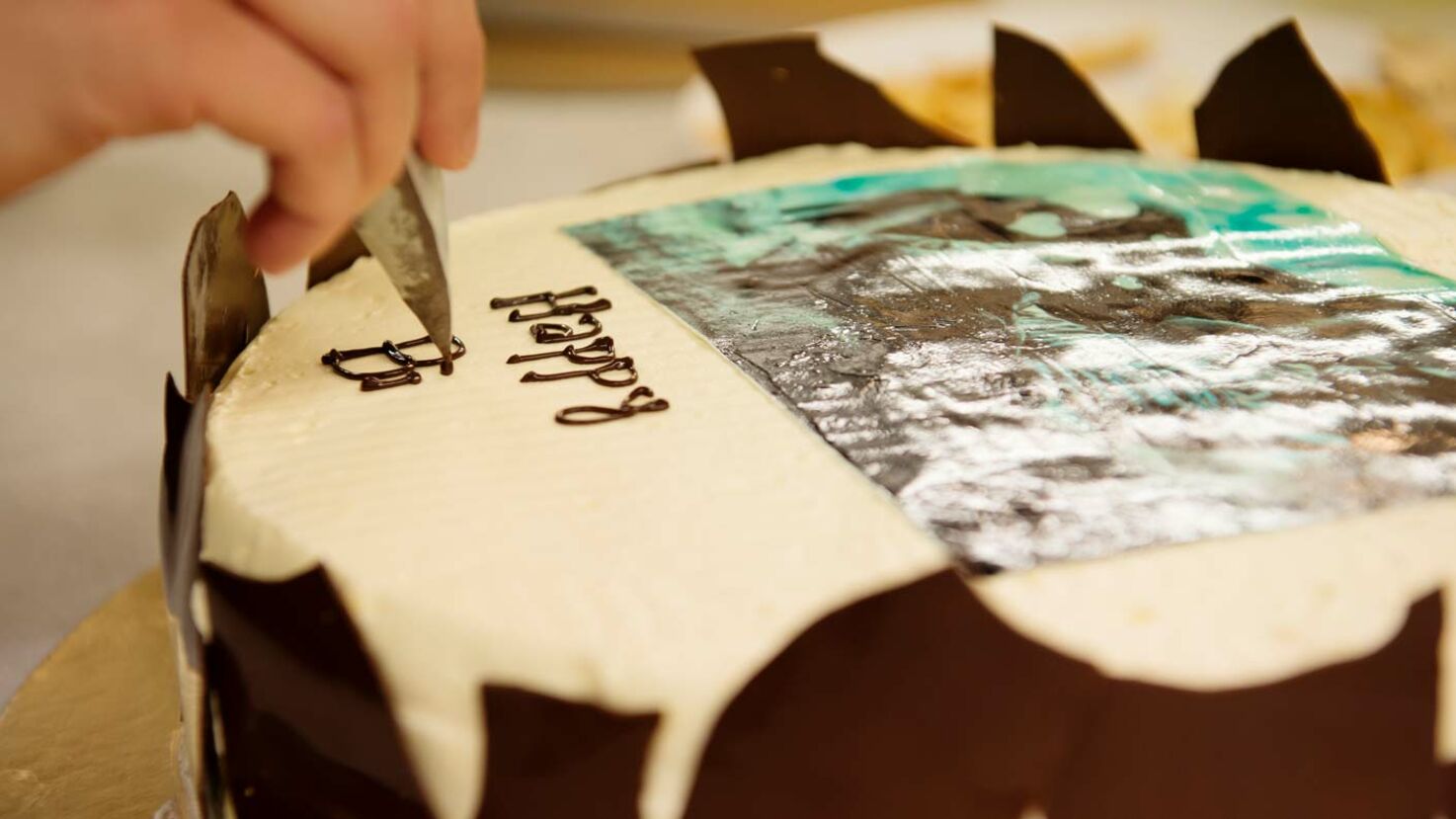 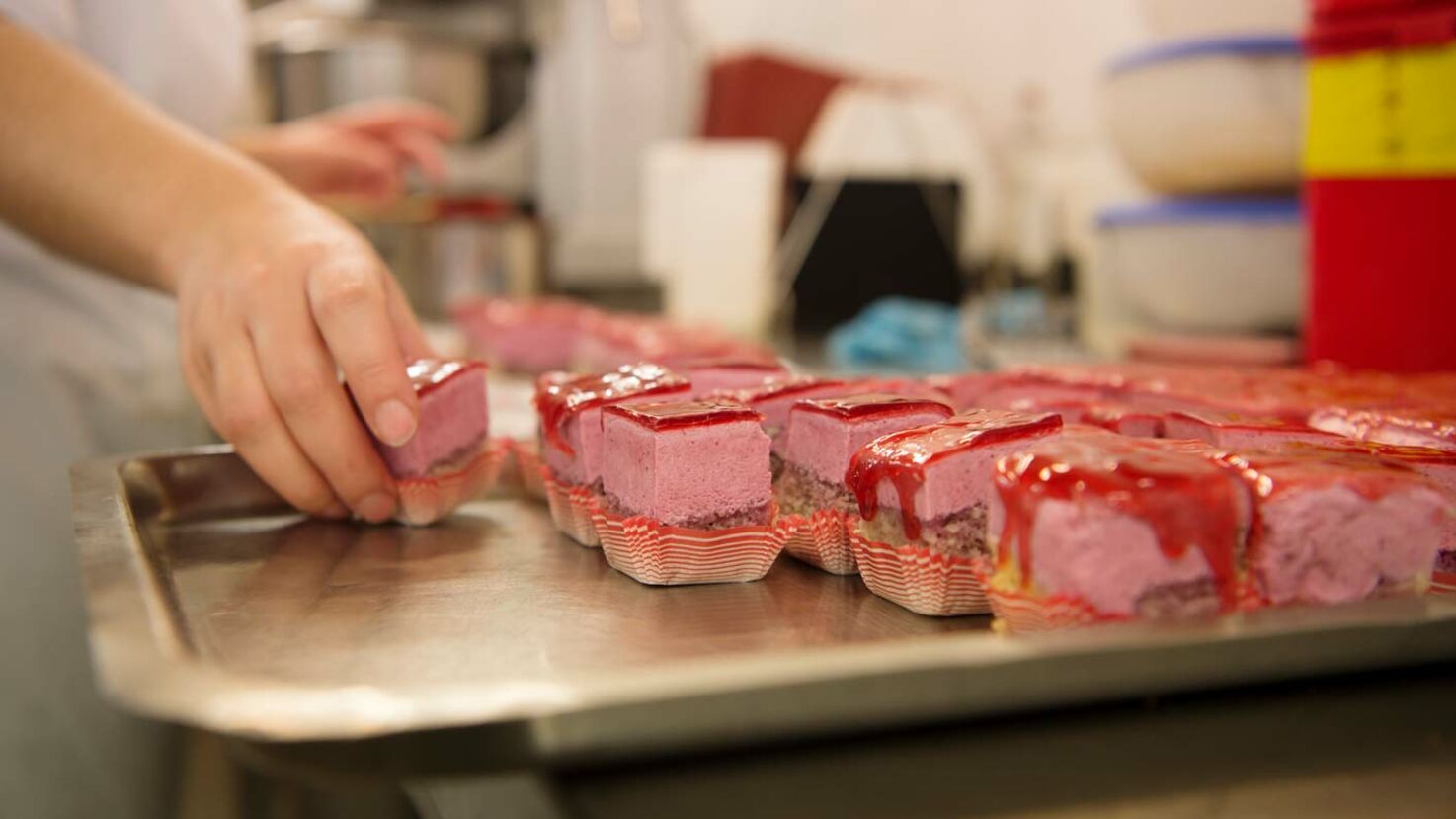 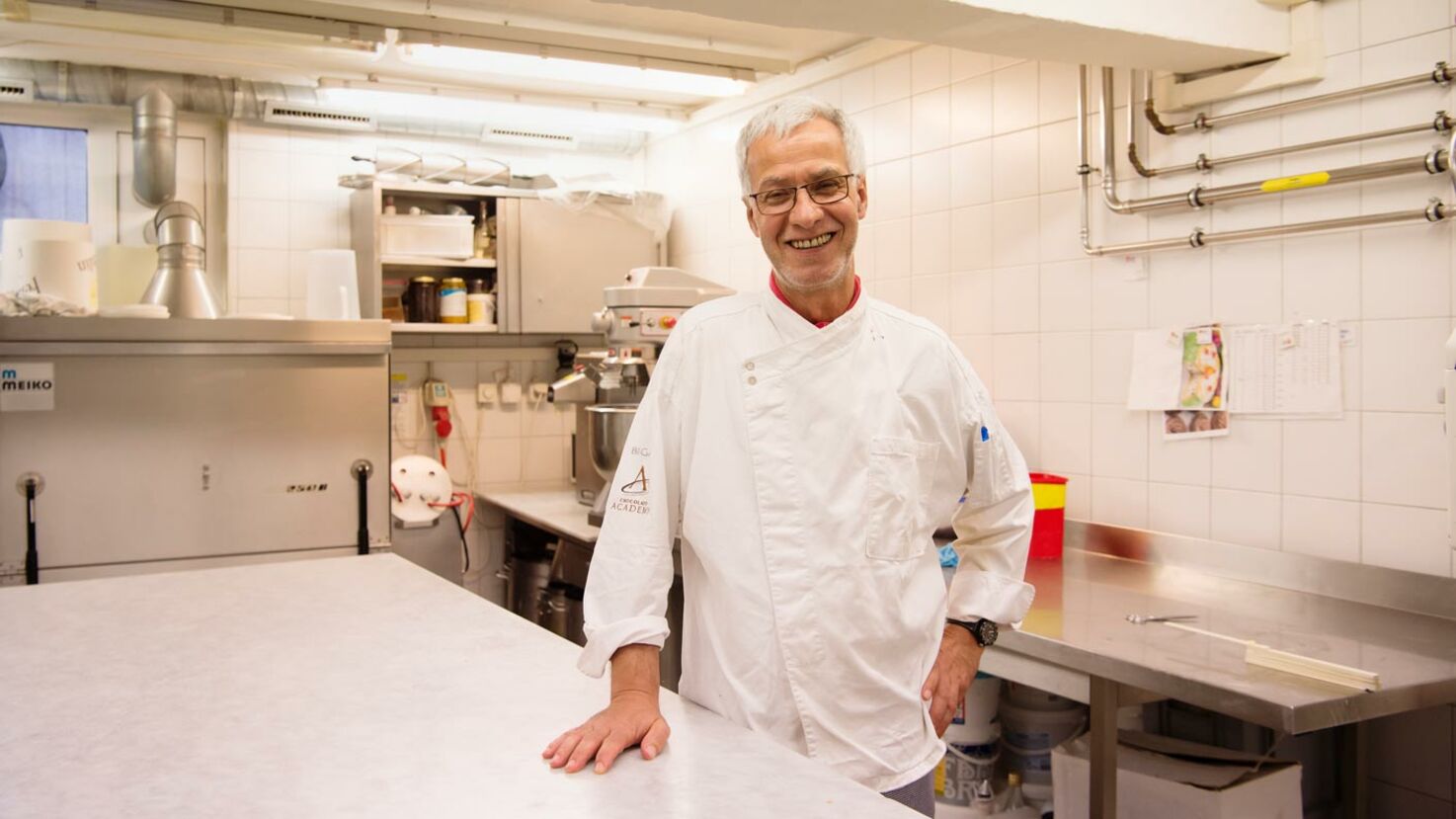 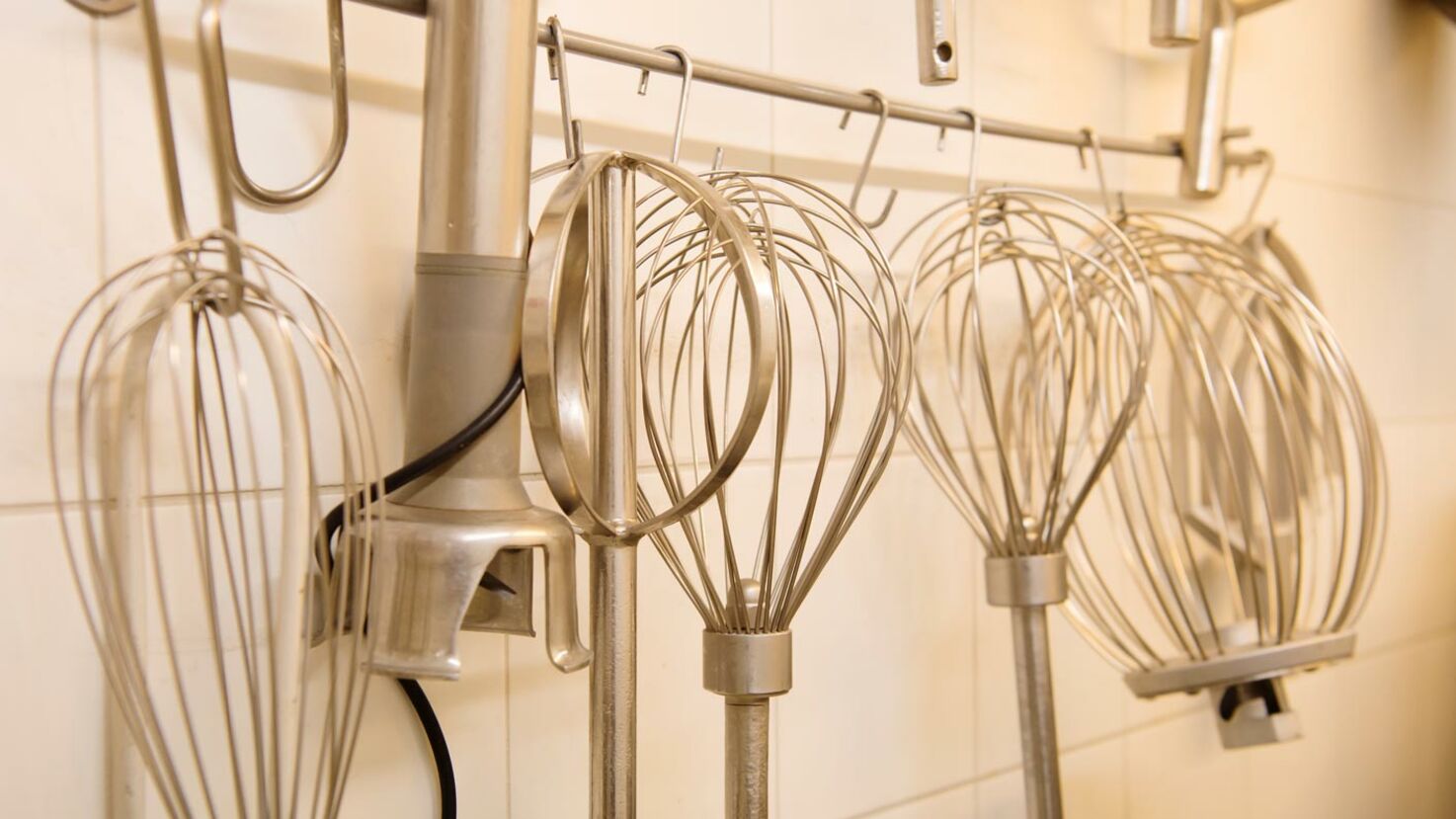 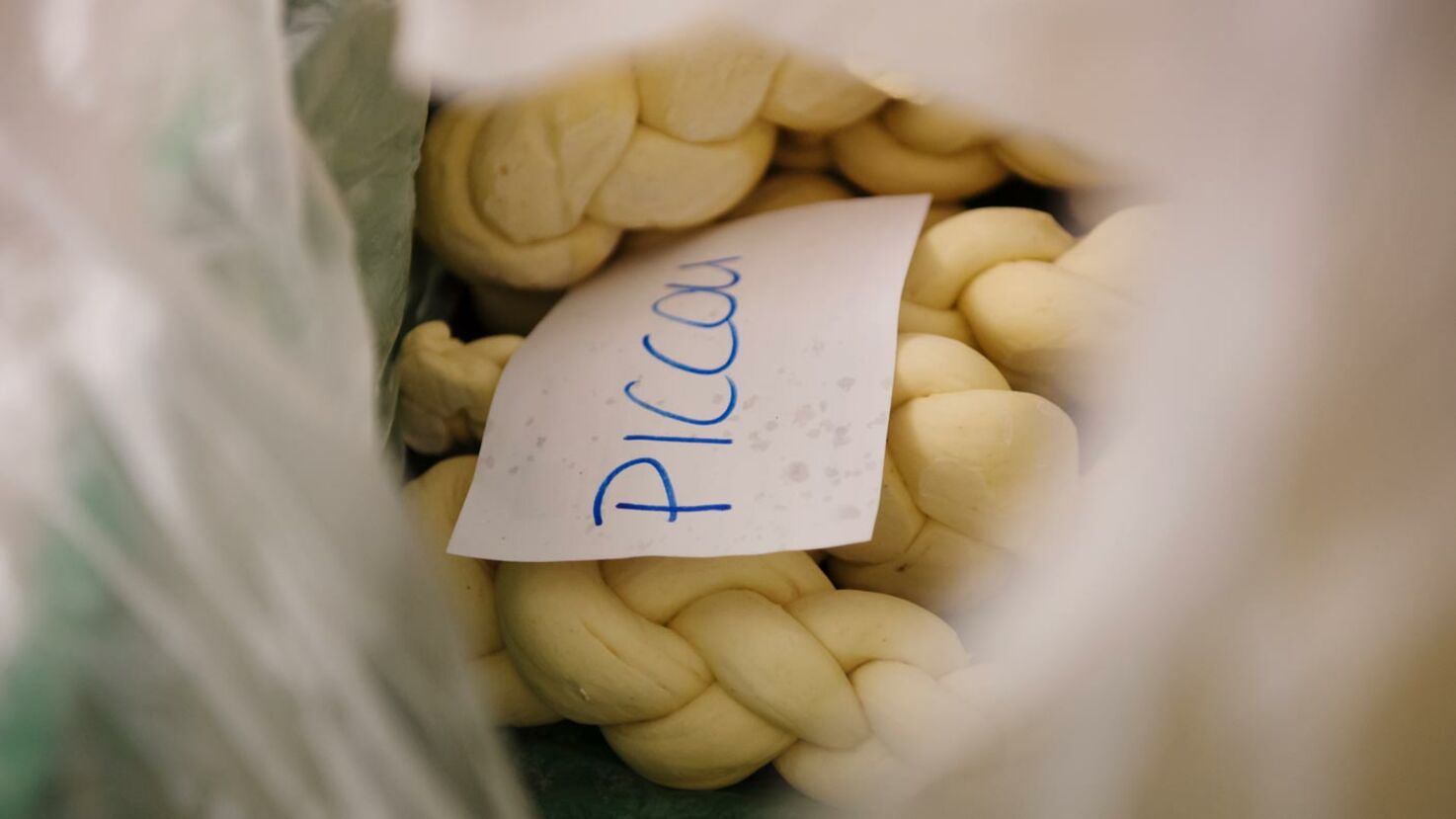 The Konditorei Confiserie Caredda on Josefstrasse has been bringing the spirit of Italy to Zurich for the last 20 years. Paolo Caredda once even got a Christmas card from top Swiss comedian Viktor Giacobbo.

The Konditorei Confiserie at Josefstrasse 119 is named after Paolo Caredda. He has brought the Neapolitan art of baking to Zurich, and with it la dolce vita. Twenty years ago, no-one even knew how to make a cappuccino. It was Paolo Caredda who introduced it to the people of Zurich in his own special cups.

The Caredda is tucked away on sleepy Josefstrasse, which runs off the rather less quiet Langstrasse. Bicycles and cars cruise past as people walk their dogs or dine in restaurants. When Paolo Caredda opened his pastry shop 20 years ago, it was all very different – the area was rife with drugs and crime. Paolo describes how syringes lay around on the pavement and people would sleep in the stairwells. But it wasn’t a problem – if someone had money they would get bread, and if they didn’t, they would still get it. ‘You shouldn’t quibble when it comes to food,’ says Paolo Caredda.

The Caredda is a little piece of Italy. Paulo makes everything himself or imports it from Italy. He proudly recounts how he had the cups and plates specially made in Italy to his own design.

Paolo isn’t interested in catering to the in-crowd. He likes to keep things traditional, like the good old days in Ischia and Naples. He thinks today’s pastry shops look more like boutiques, with cornetti and sfogliatelle displayed in showcases like jewellery.

Paolo isn’t interested in catering to the in-crowd. He likes to keep things traditional, like the good old days in Ischia and Naples.

And it’s true that if you visit Naples you see lots of pastry shops – particularly gelaterias selling ice cream – that are brightly lit with lots of glass, plastic and neon colours. They look more like jewellery stores than pastry shops.  But the Caredda has retained its olde worlde charm. It’s a family business: Paolo’s mother-in-law works in the shop, and his brother and friends often help out in the bakery.

As a teenager Paolo was sent to Switzerland to learn his trade.

The Spanish grocery store next door closed after three years, so Paolo Caredda moved in and opened a small café selling gelati, panini – and, of course, coffee. His first purchase was a real coffee machine, a small one from Lavazza, so that he could make proper Italian coffee. He says the Swiss had no coffee culture at that time. Paolo Caredda has been a key figure in bringing Italian style to Zurich. His customers include the proprietors of some of the city’s new bars, who have adopted one or two of his ideas.

A native of Naples, Paolo comes from a long line of confectioners stretching back seven generations. As a teenager he was sent to Switzerland to learn his trade. He was already familiar with the country, as he was a regular visitor to the famous architect Alfred Roth, a family friend whom he affectionately called ‘step-grandpa’. He often enjoyed ‘holidays on Bergstrasse’.

Paolo works in the bakery twelve hours a day, seven days a week.

‘I was lucky enough to get to know the crème de la crème of the scene,’ says Paolo. They included Willi Fund, a cake decorator at Sprüngli who also ran the first sugar school in Zurich. He also got to know Ewald Notter, the world’s best chocolatier at the time, who also had a school in Zurich on Josefstrasse, and Fredi Egetschwiler, an icon among Swiss confectioners. Paolo learned from them all and took part in confectionery competitions from Mexico to Jakarta.

Paolo Caredda originally wanted to open a school on Josefstrasse, but the landlord insisted he also rent the shop upstairs, so Caredda took up a friend’s idea and opened a Neapolitan pastry shop.

Moritz Leuenberger is also a fan of the Konditorei Confiserie Caredda.

When he quietly and without fanfare opened its doors in 1998, barely ten people showed up. But Paolo tells us it began to take off a year later and was like an engine running non-stop. He works in the bakery twelve hours a day, seven days a week.

He makes his Neapolitan and Sicilian specialities according to his own recipes. They are not trade secrets – every apprentice is allowed to write them down – but they can never ask for them again: ‘Even if everyone has the same recipe, they go on to make it in their own style,’ says Paolo.

He makes his Neapolitan and Sicilian specialities according to his own recipes. They are not trade secrets – every apprentice is allowed to write them down – but they can never ask for them again: ‘Even if everyone has the same recipe, they go on to make it in their own style,’ says Paolo. His little piece of Italy is very popular in Zurich. Paolo loves it when people tell him his pastries are the best to be found outside of Italy. That’s why Paulo once received a Christmas card from comedian Viktor Giacobbo, who always called in when Radio 24 was still based nearby. And Moritz Leuenberger is also a fan of the Konditorei Confiserie Caredda.