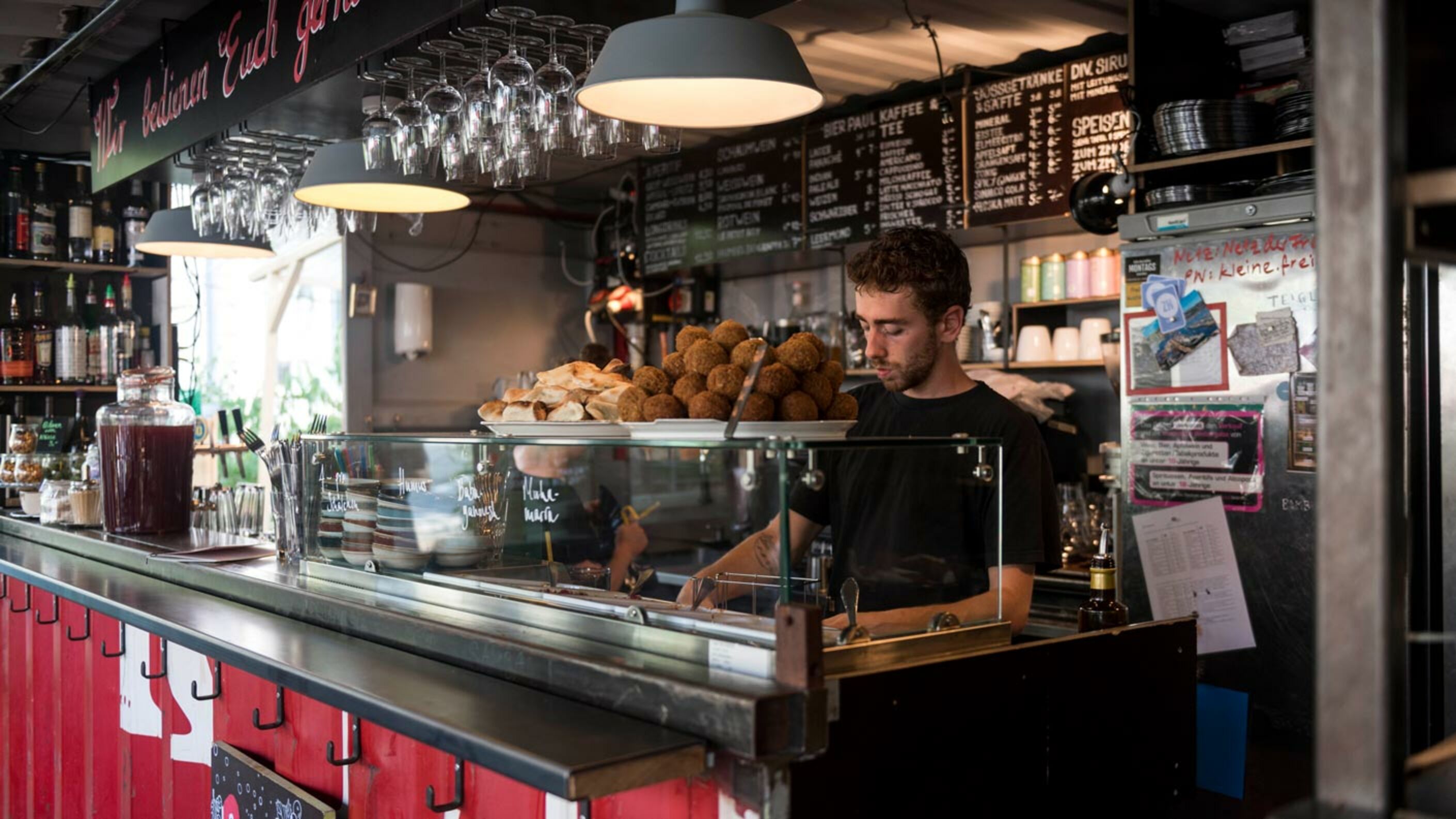 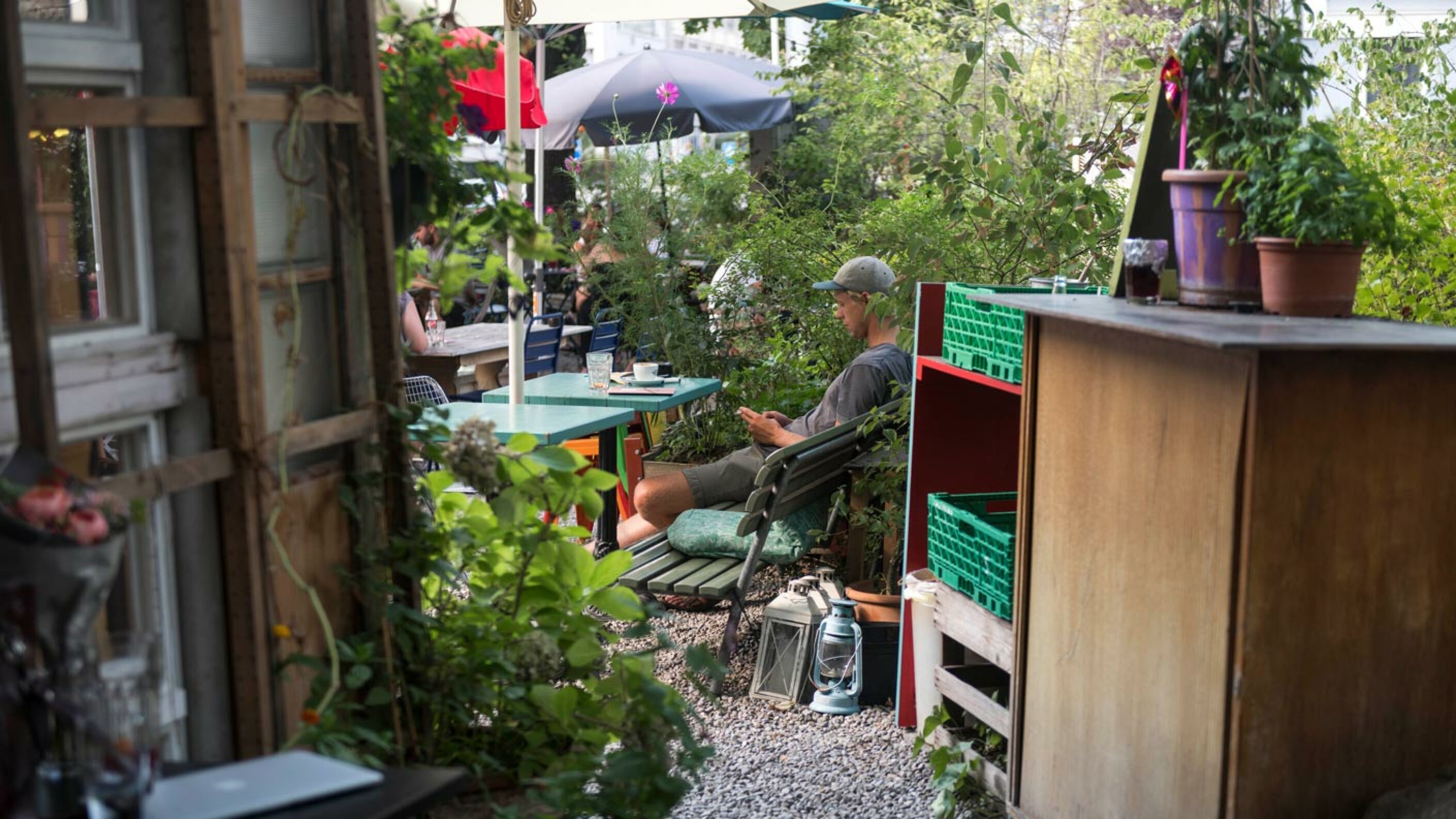 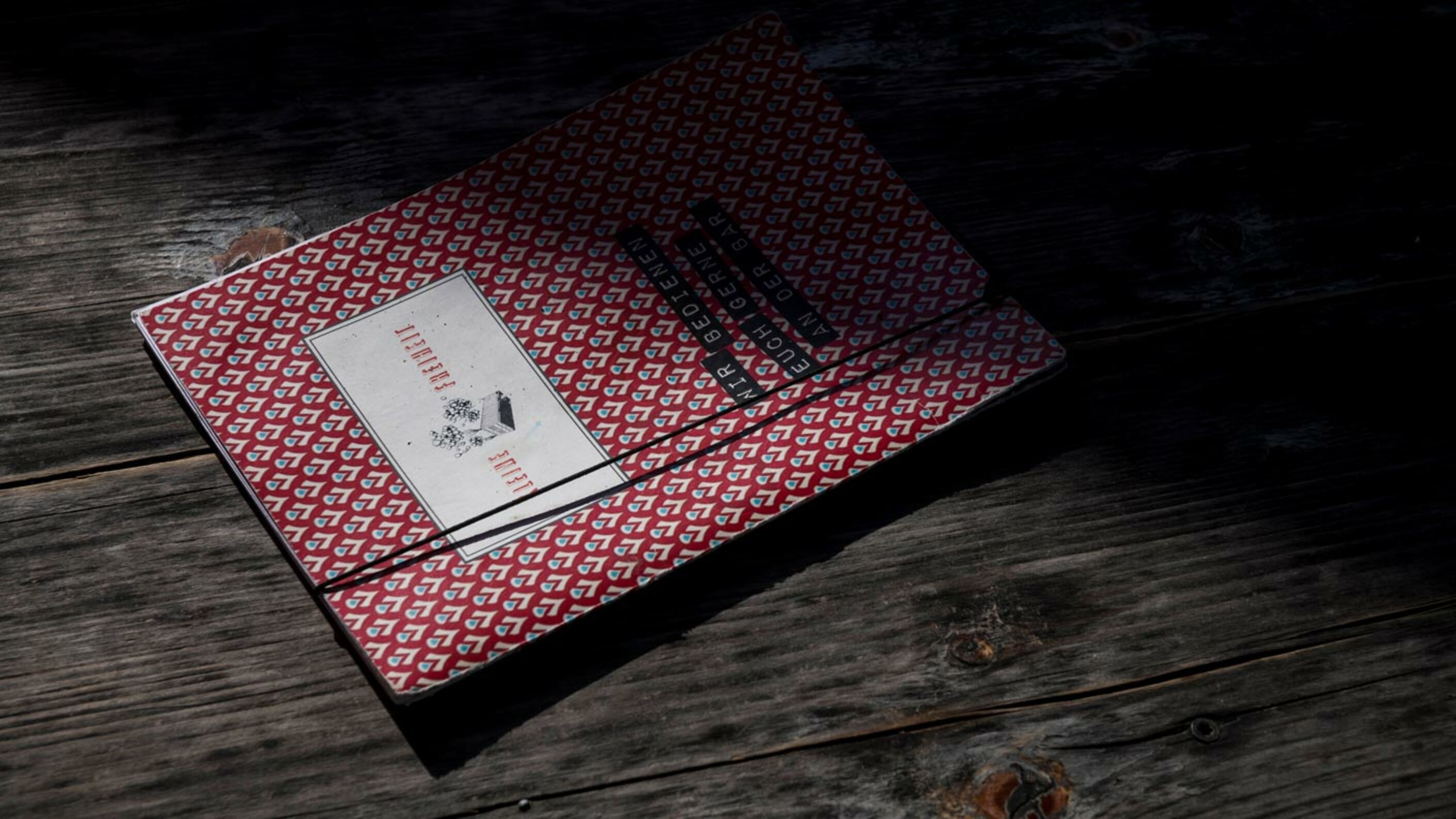 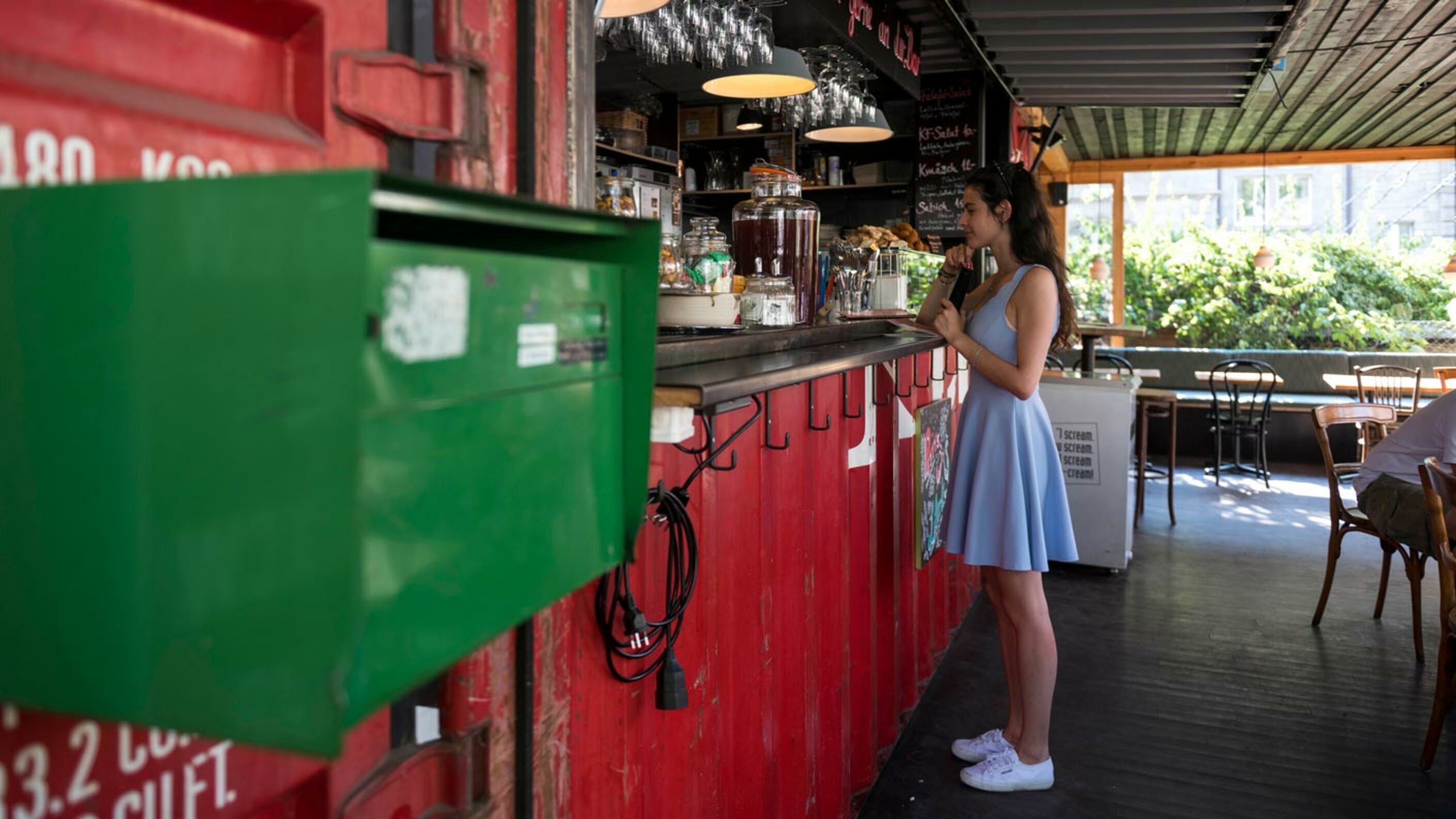 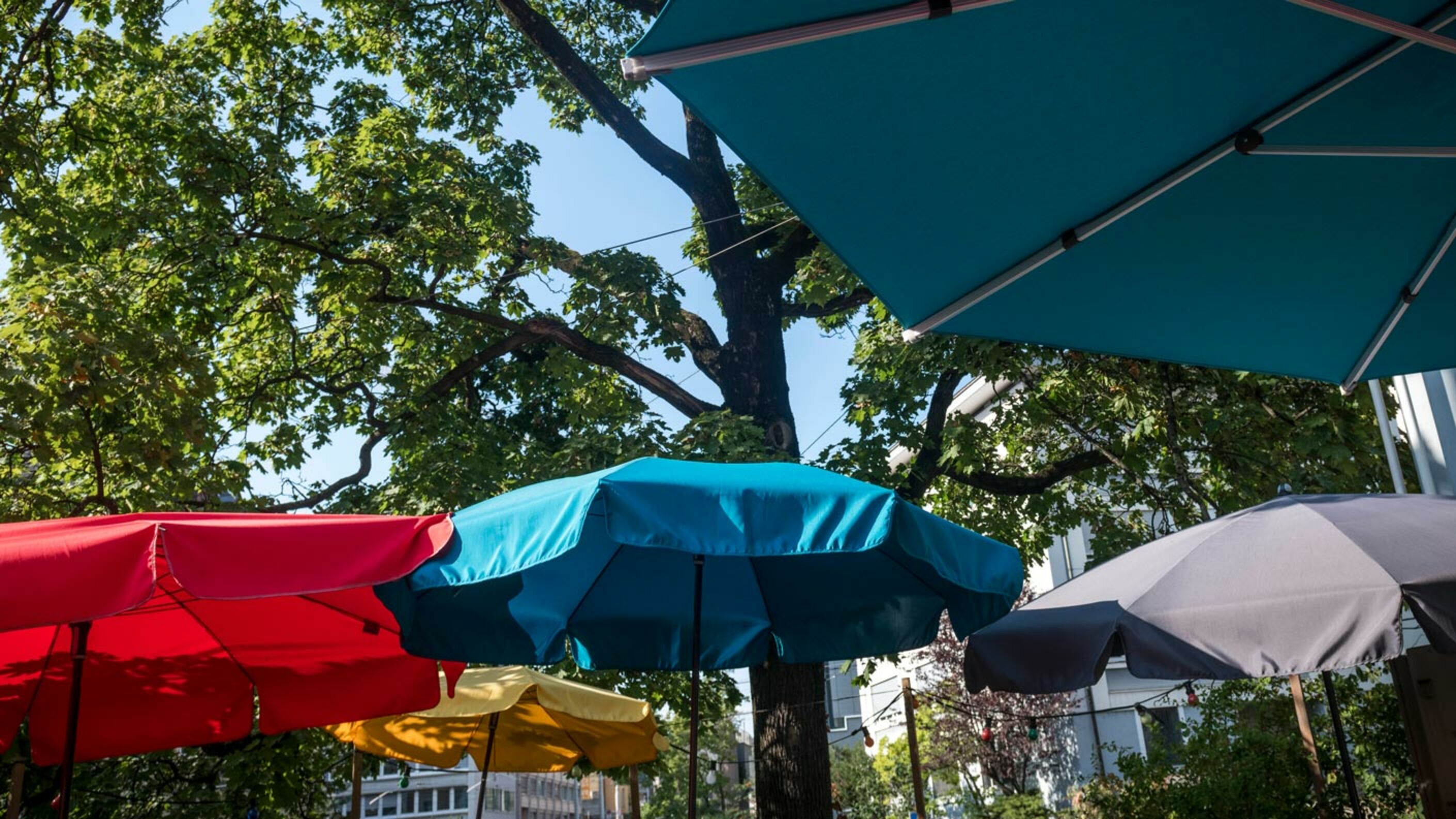 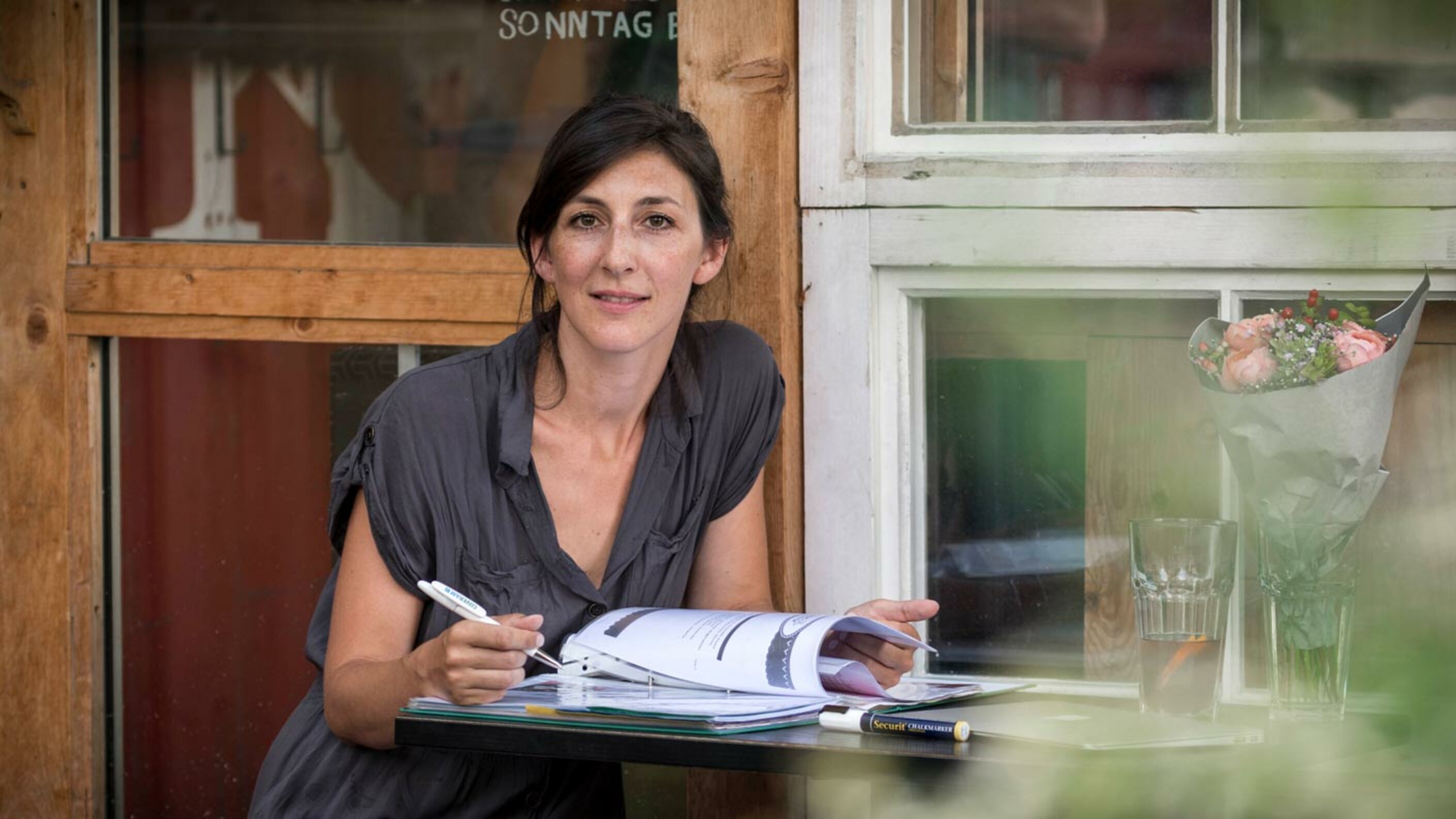 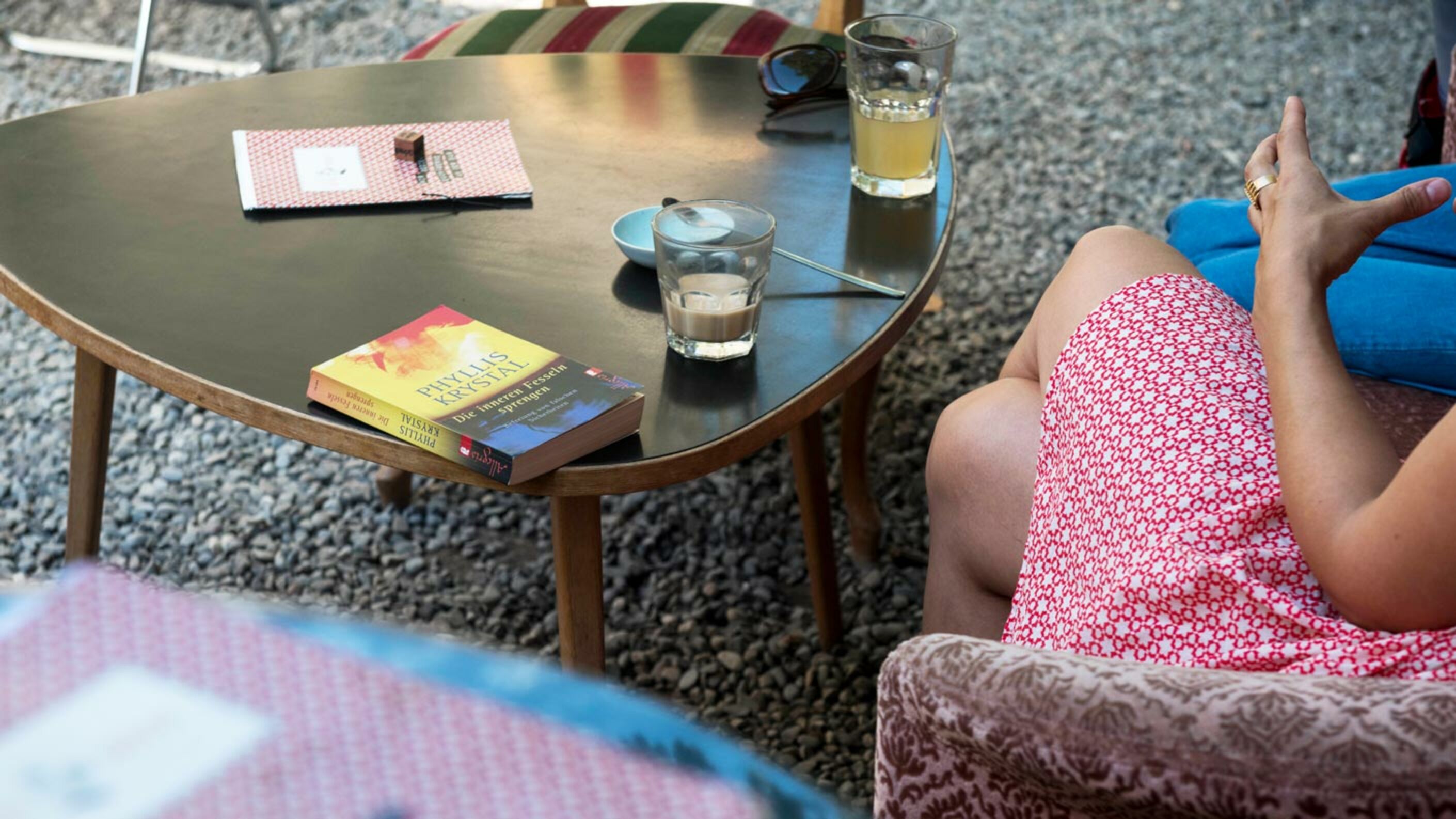 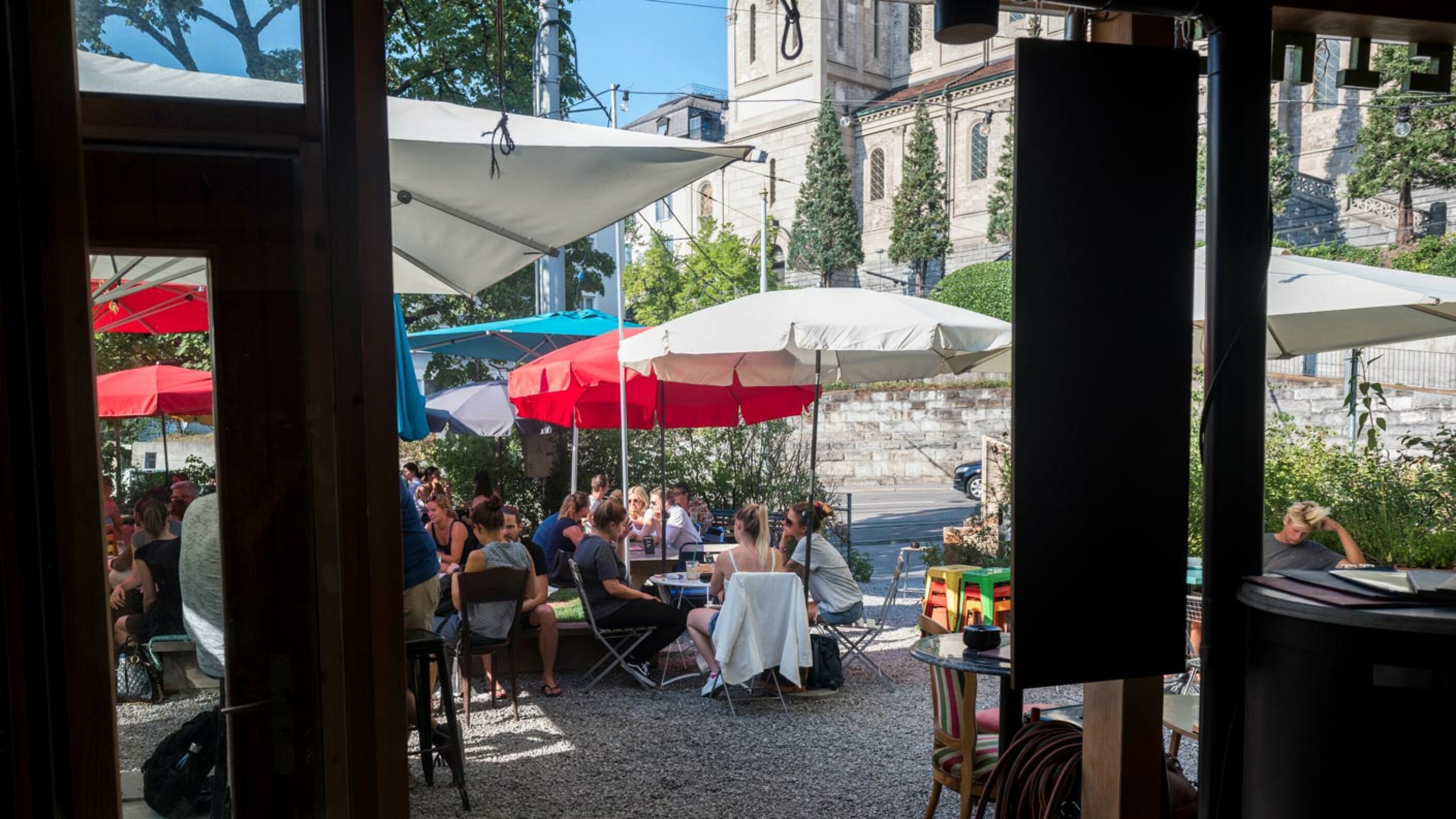 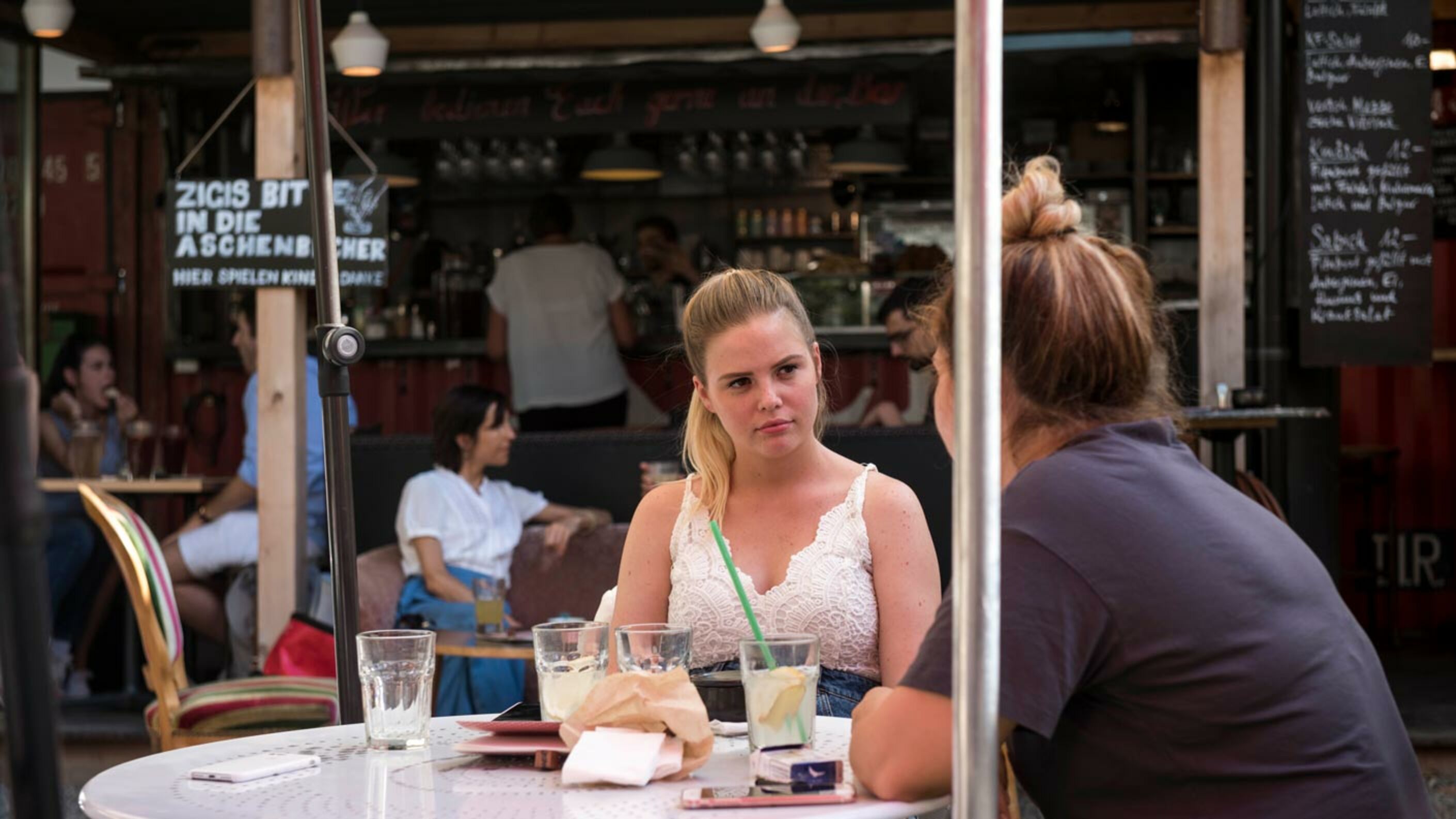 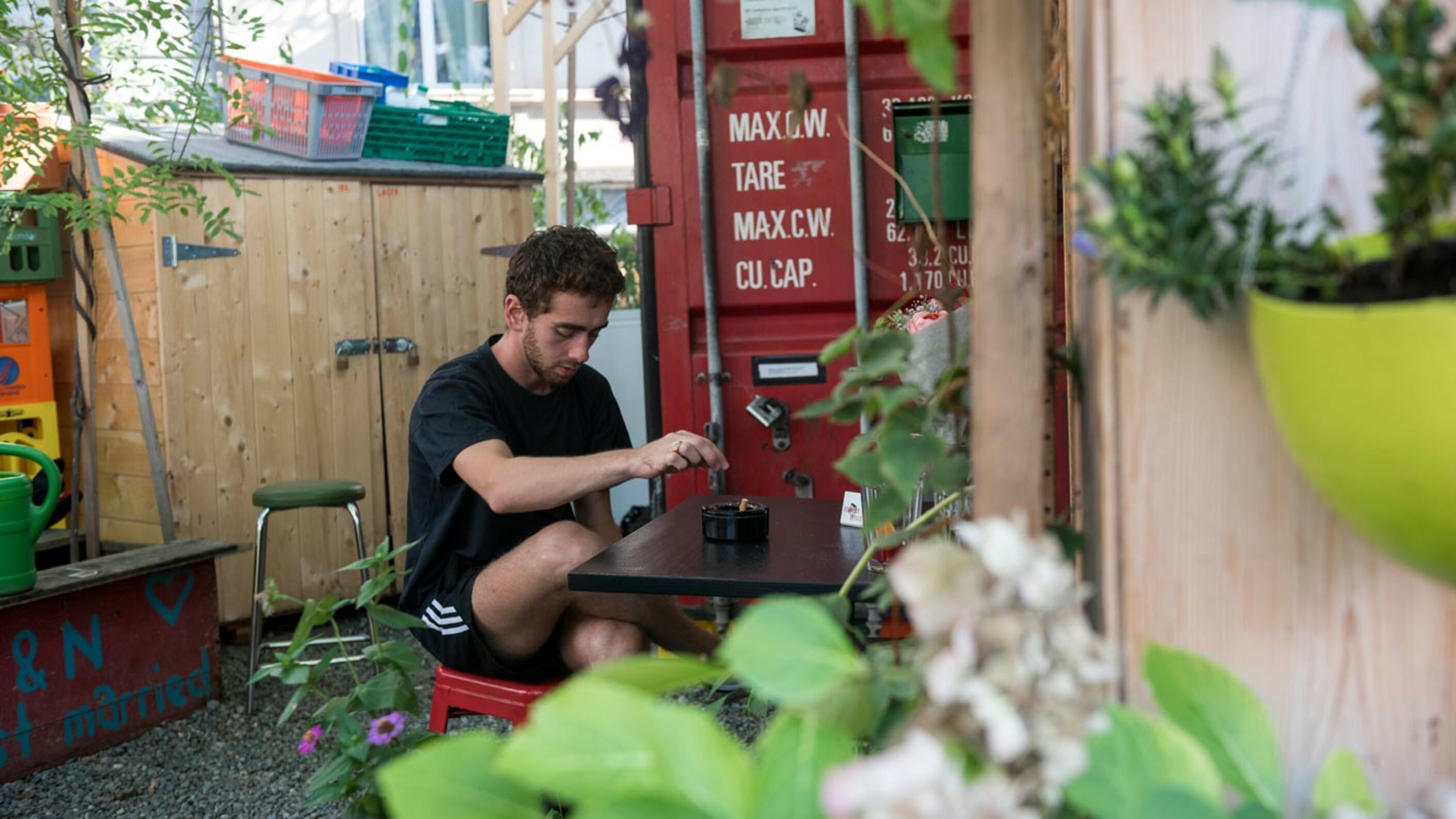 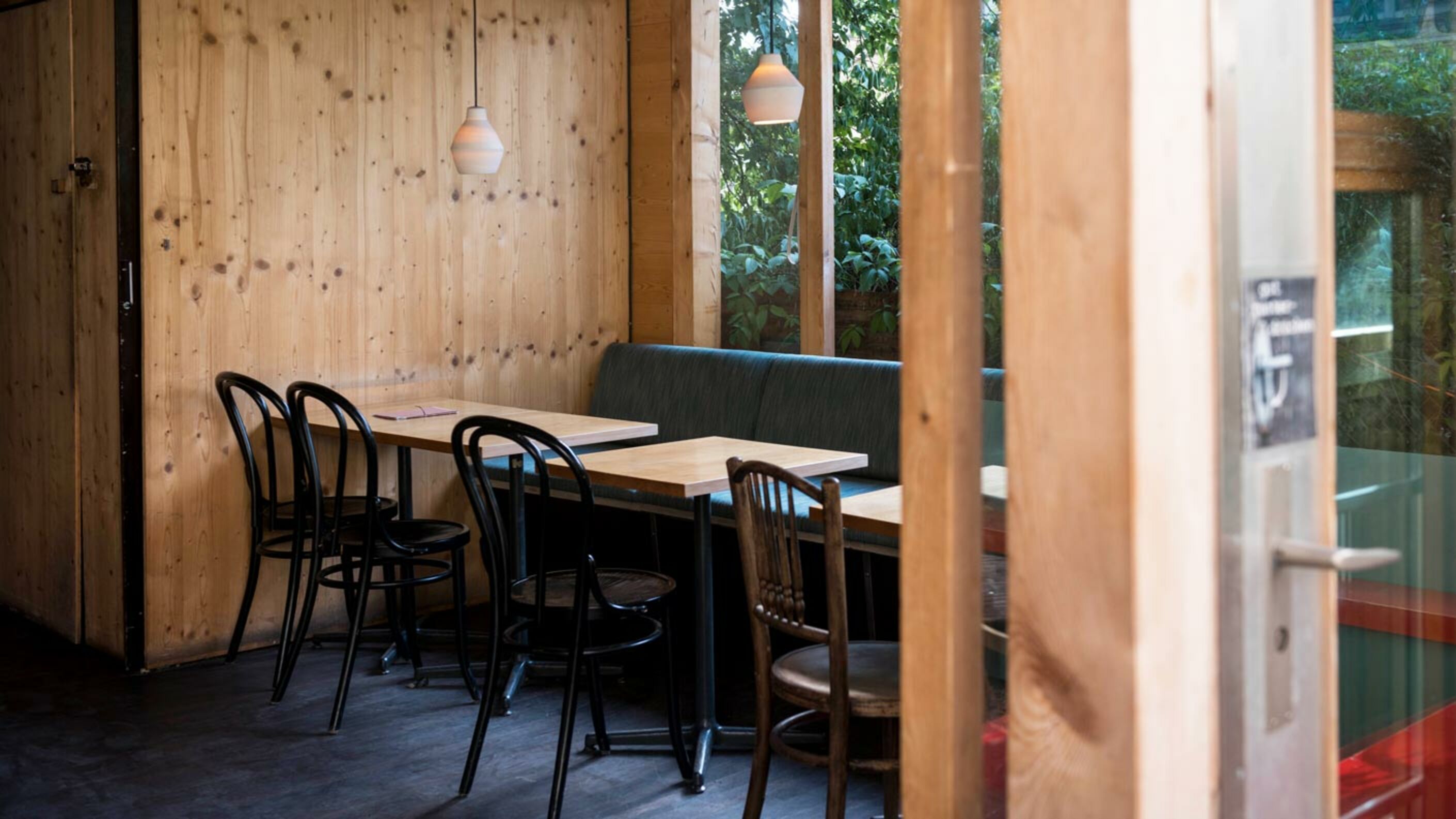 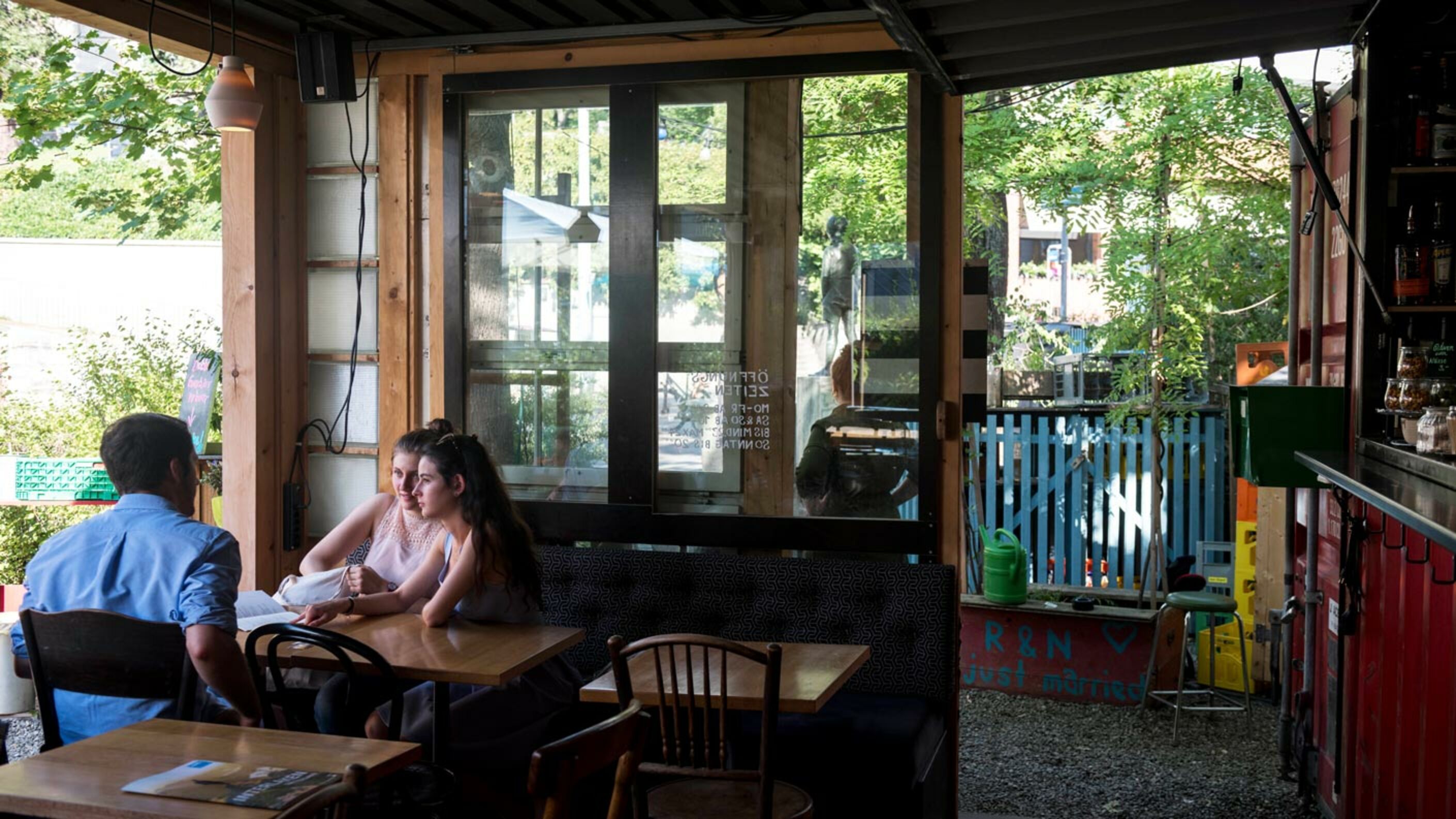 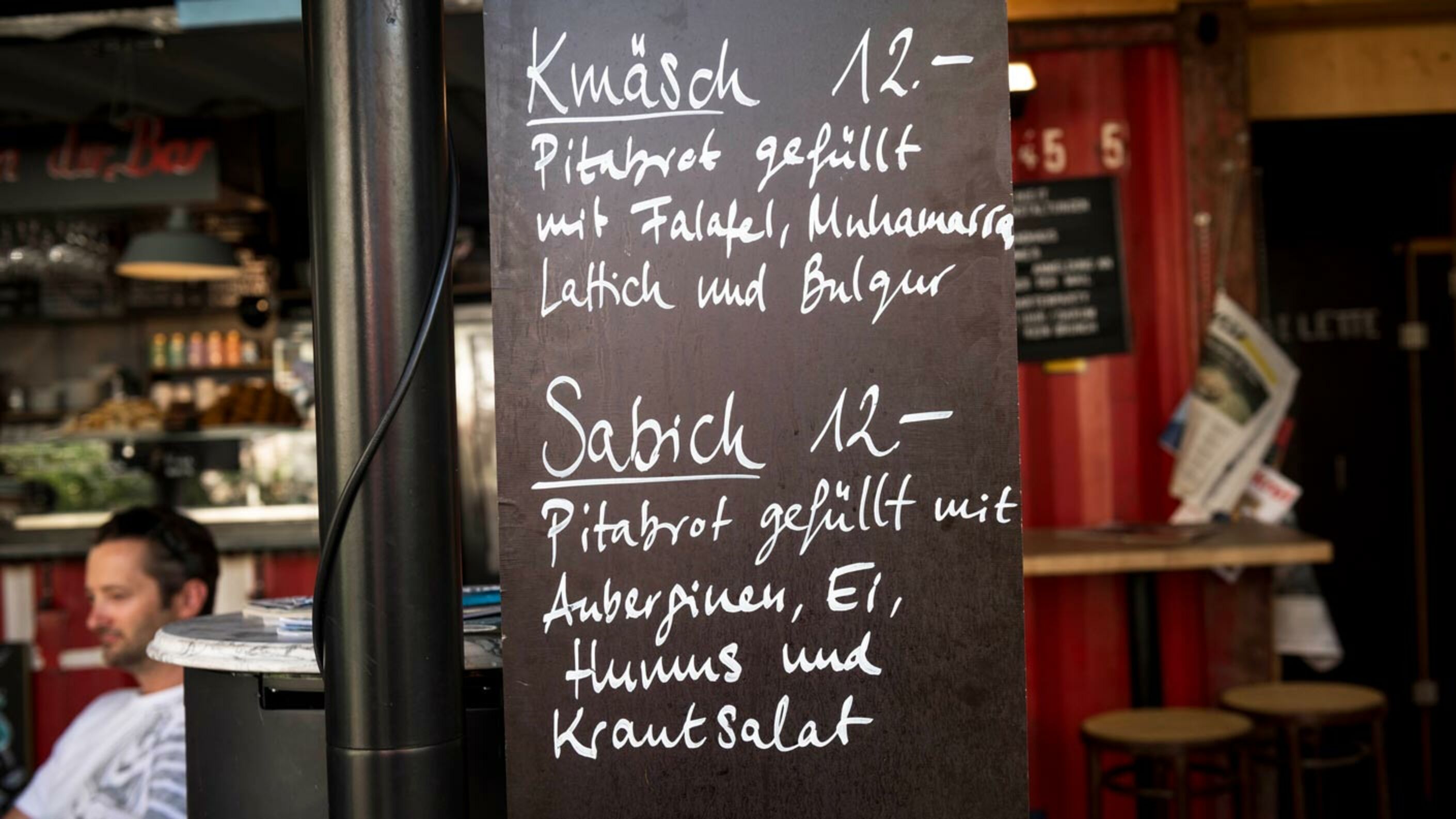 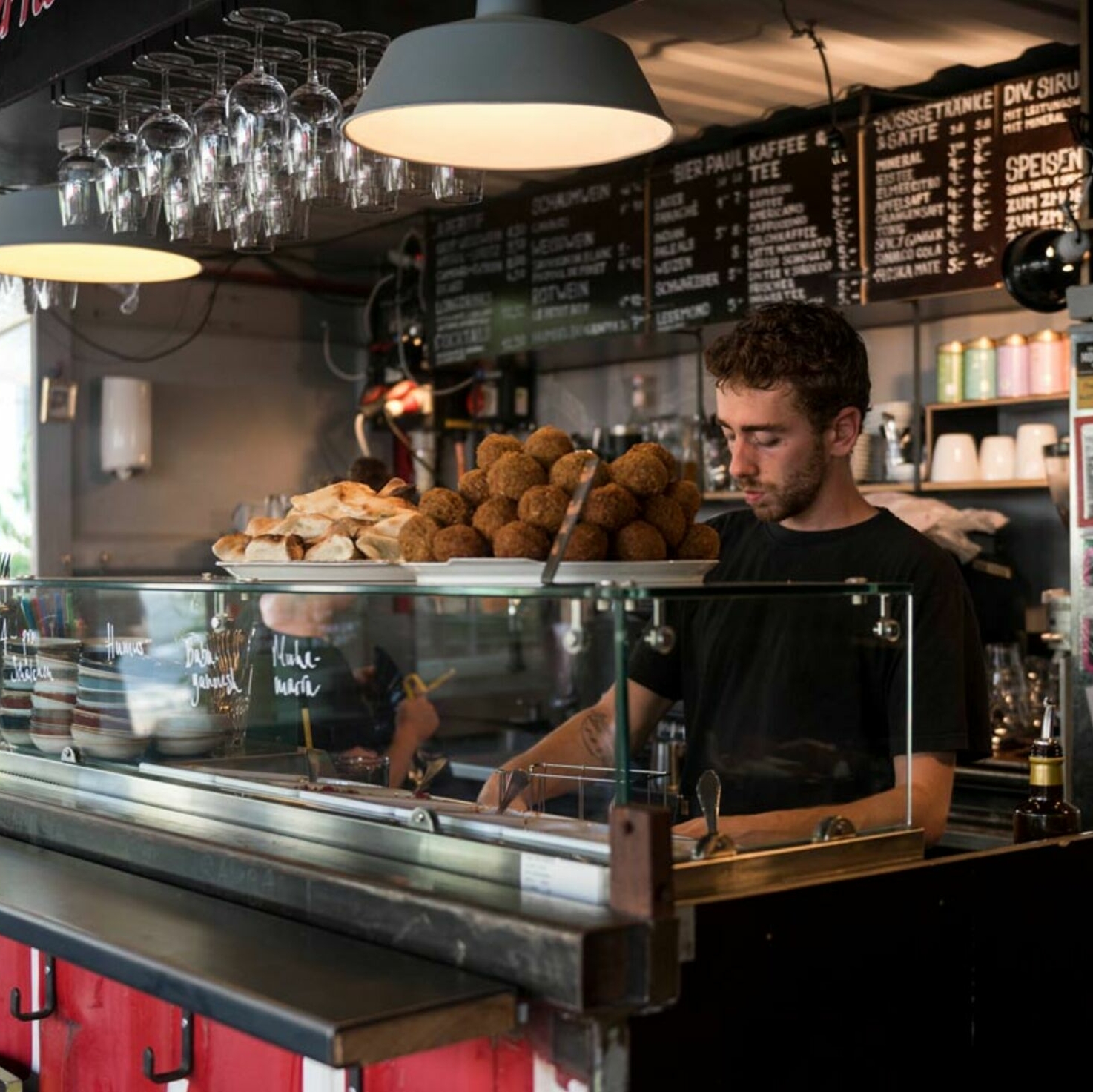 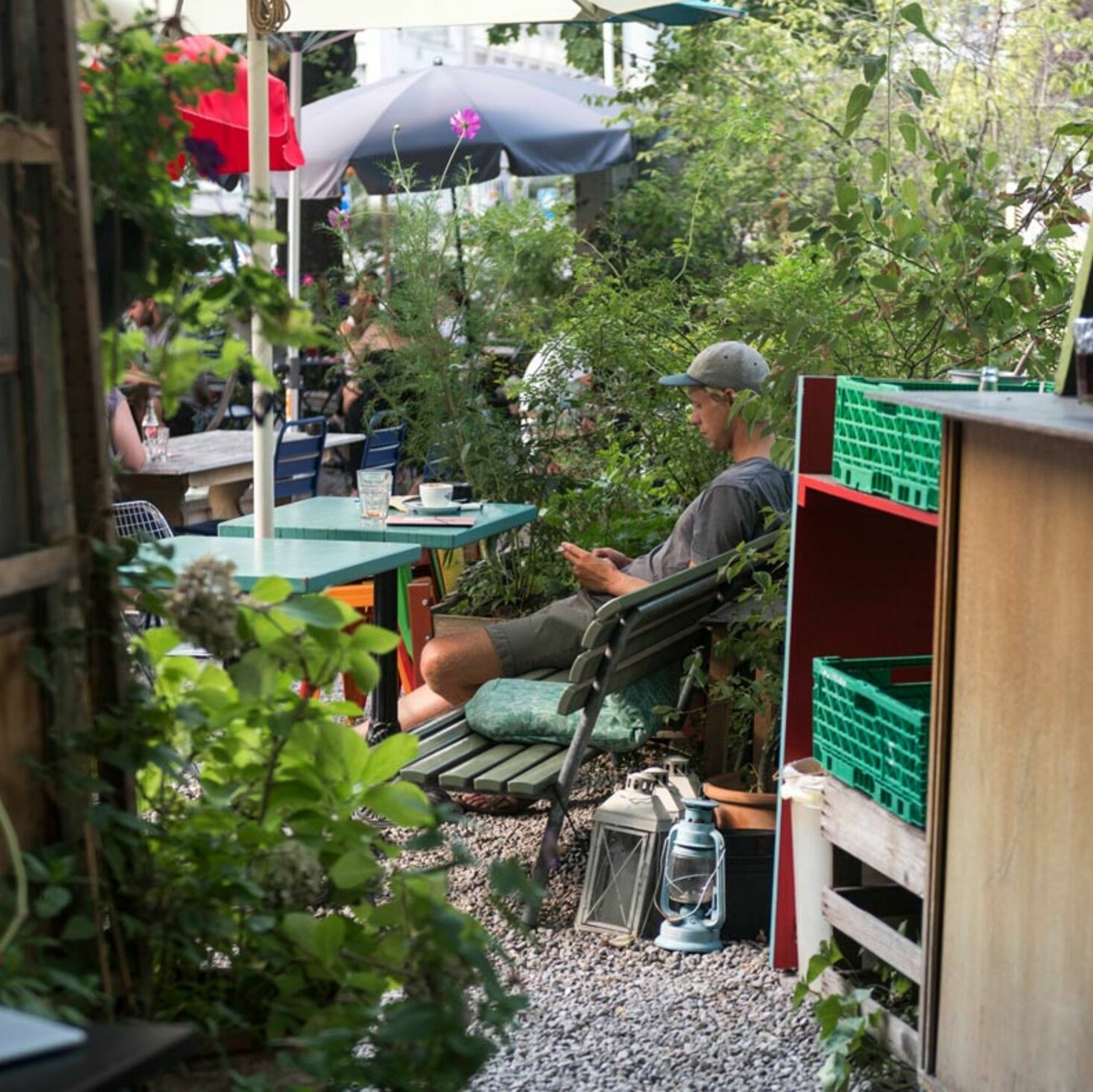 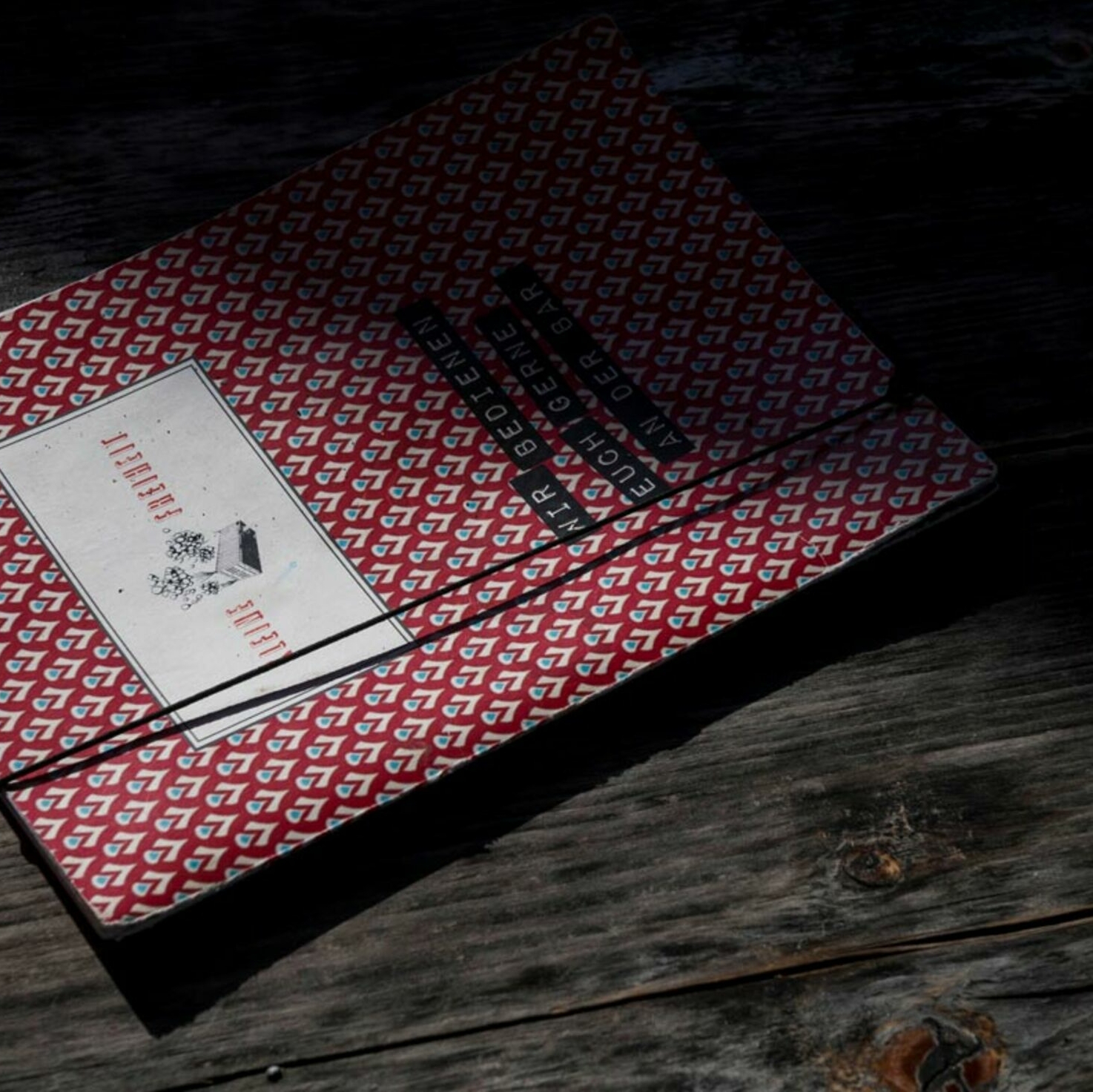 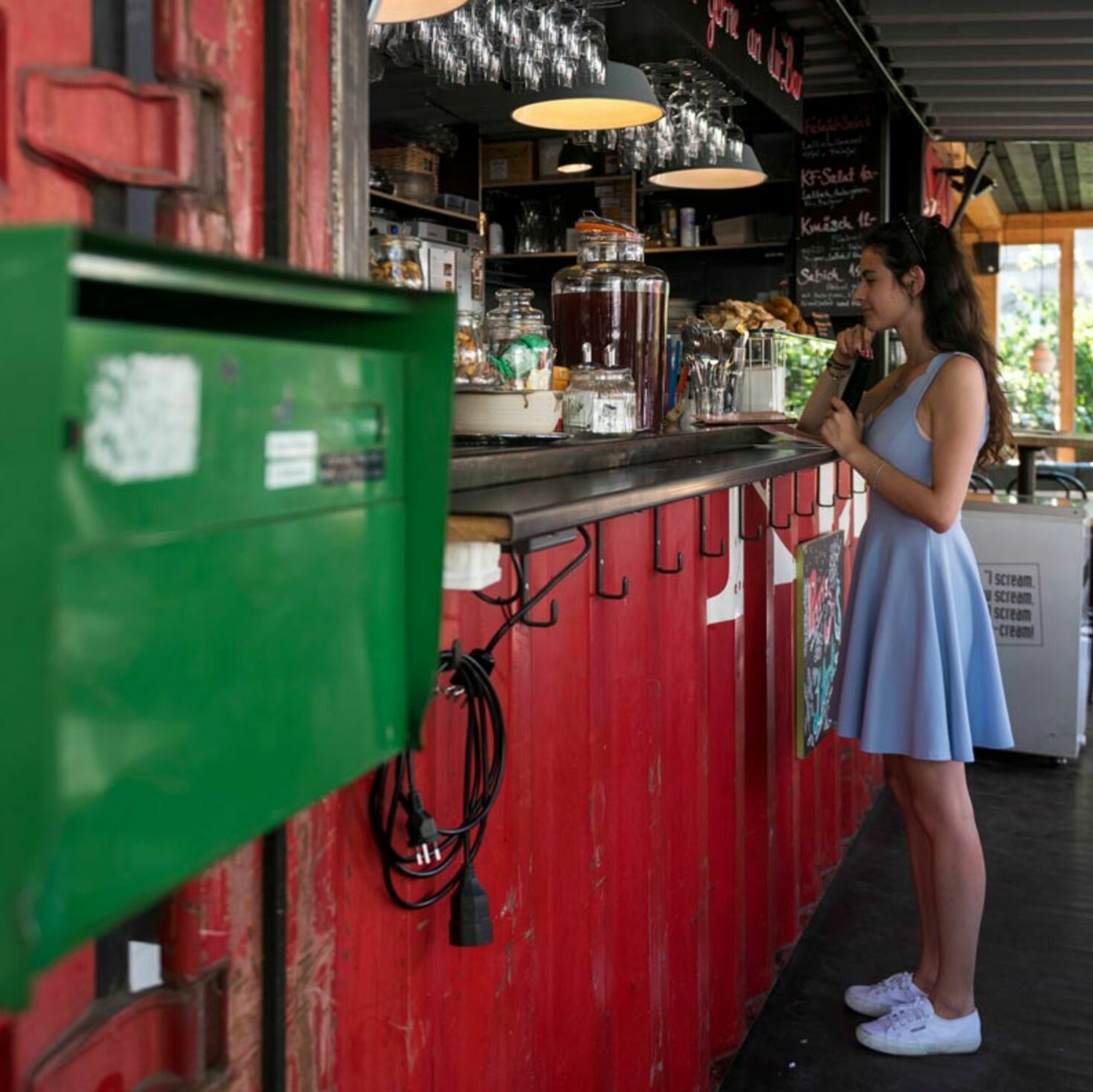 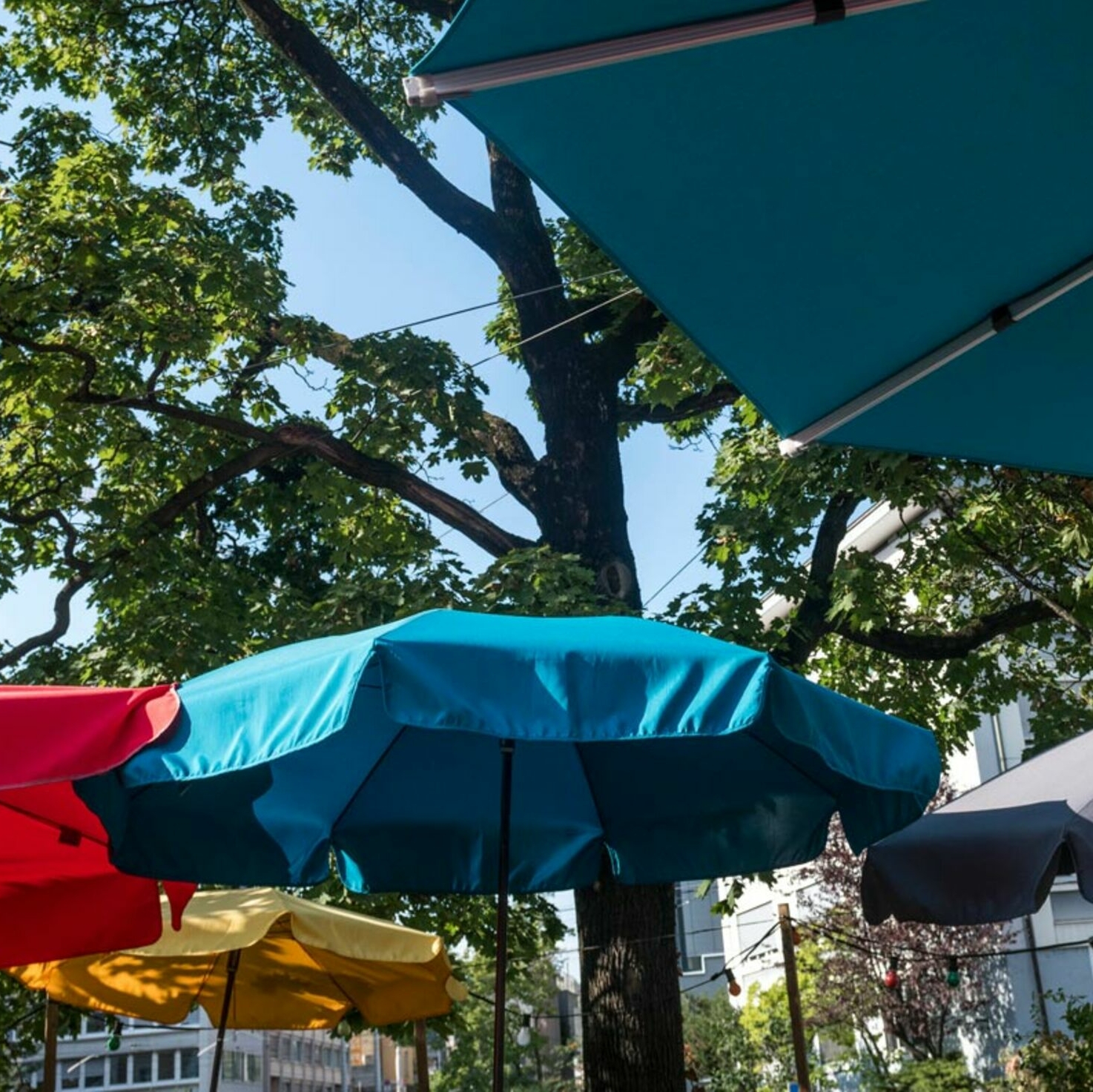 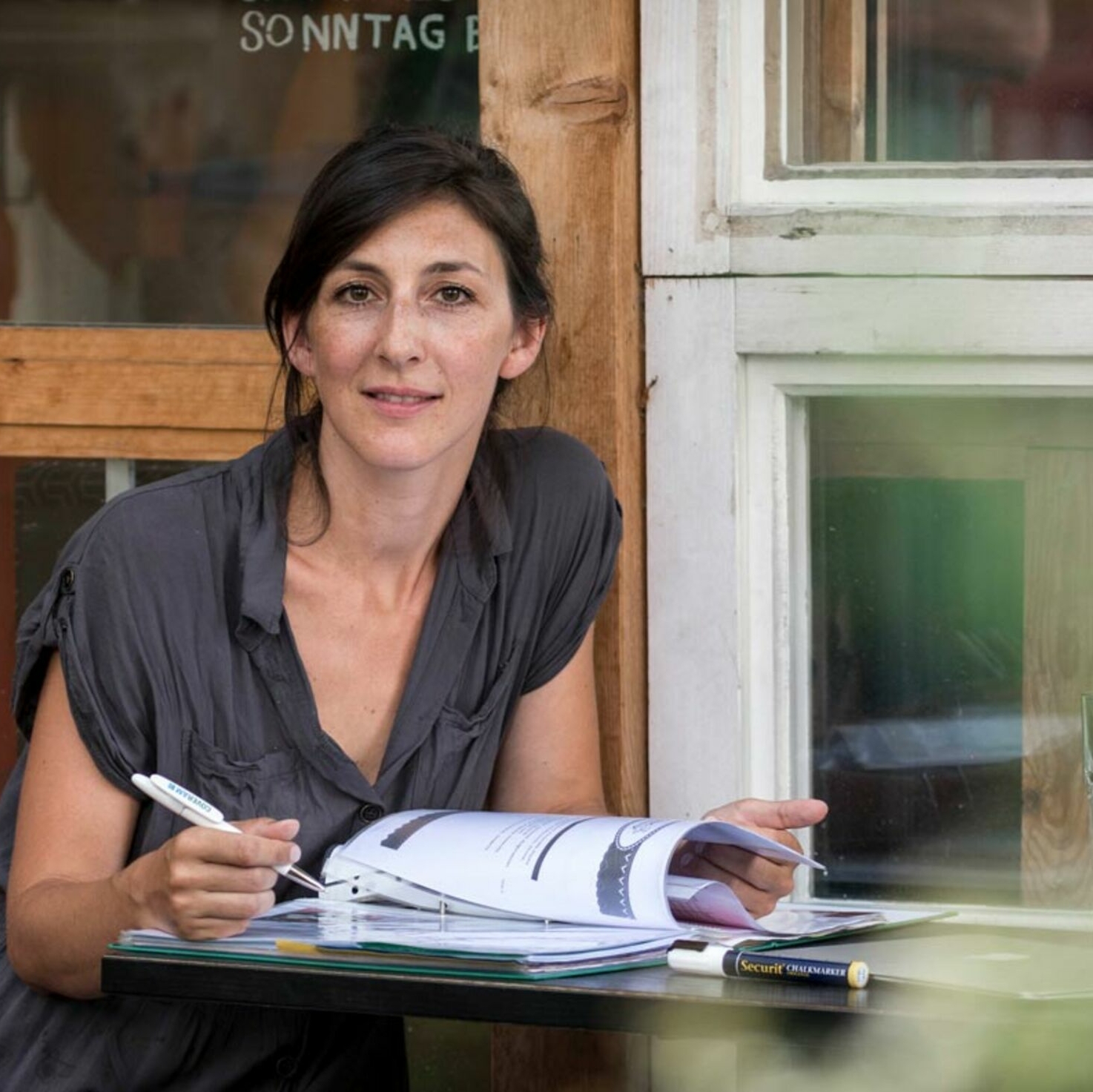 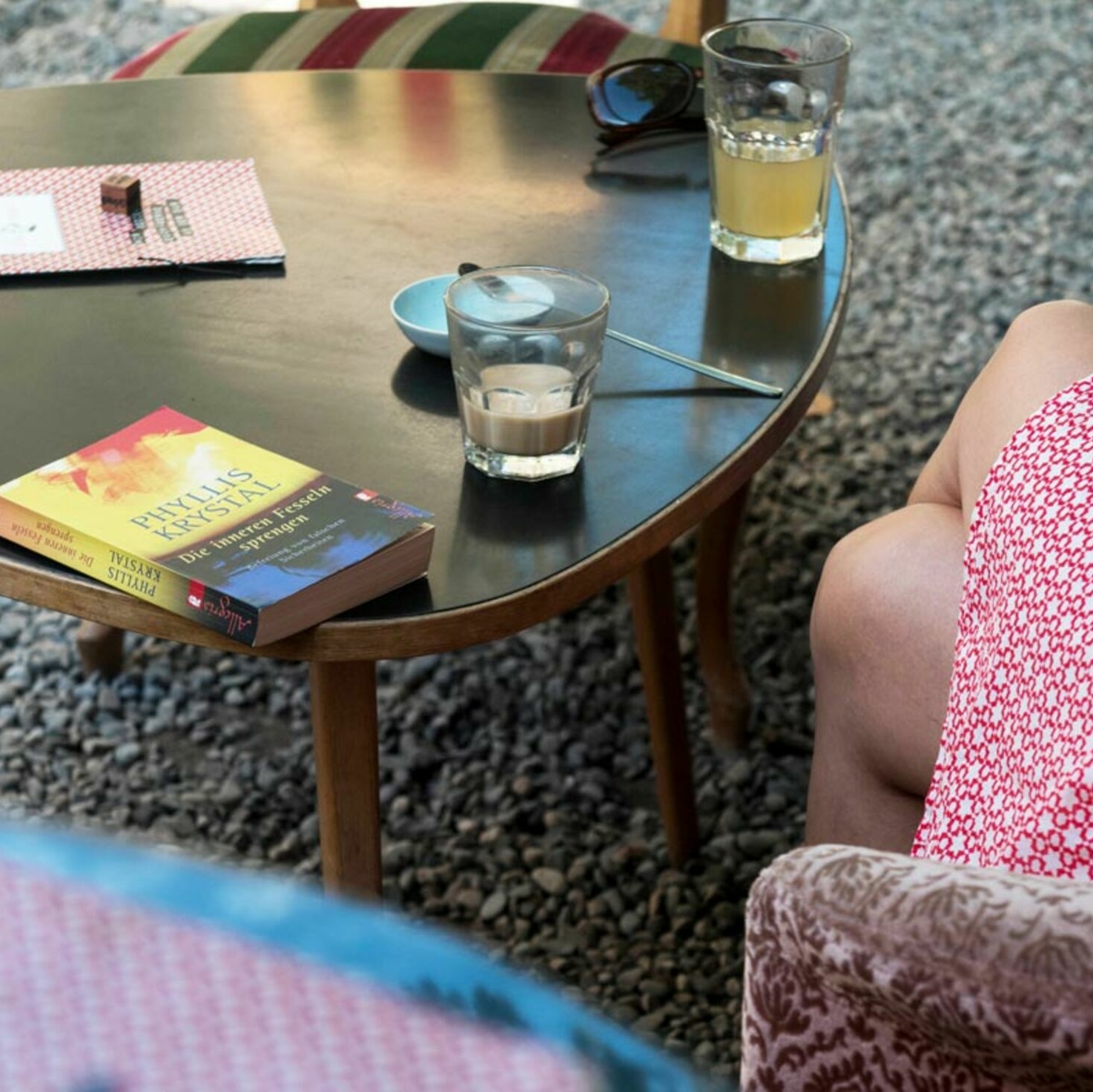 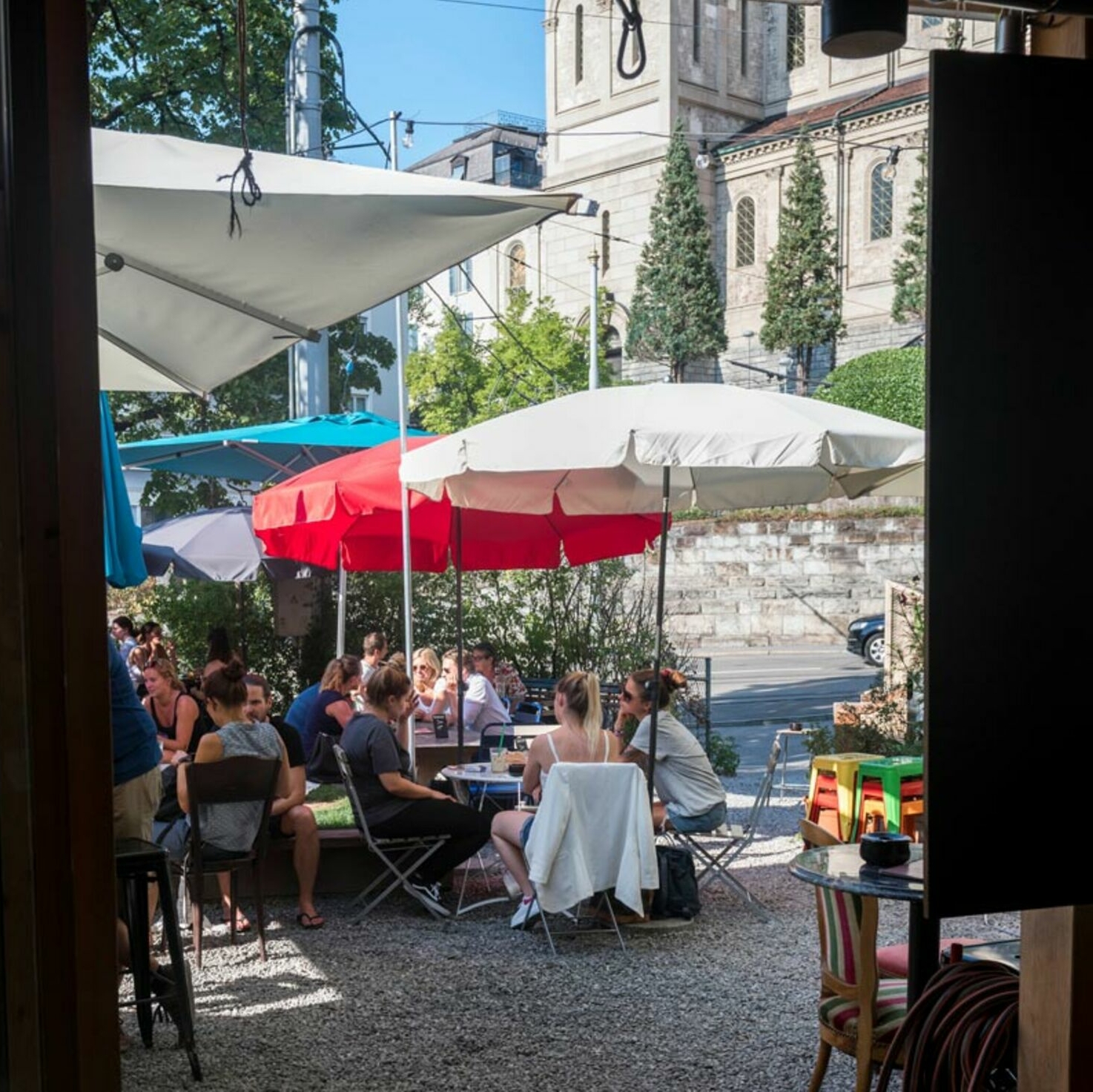 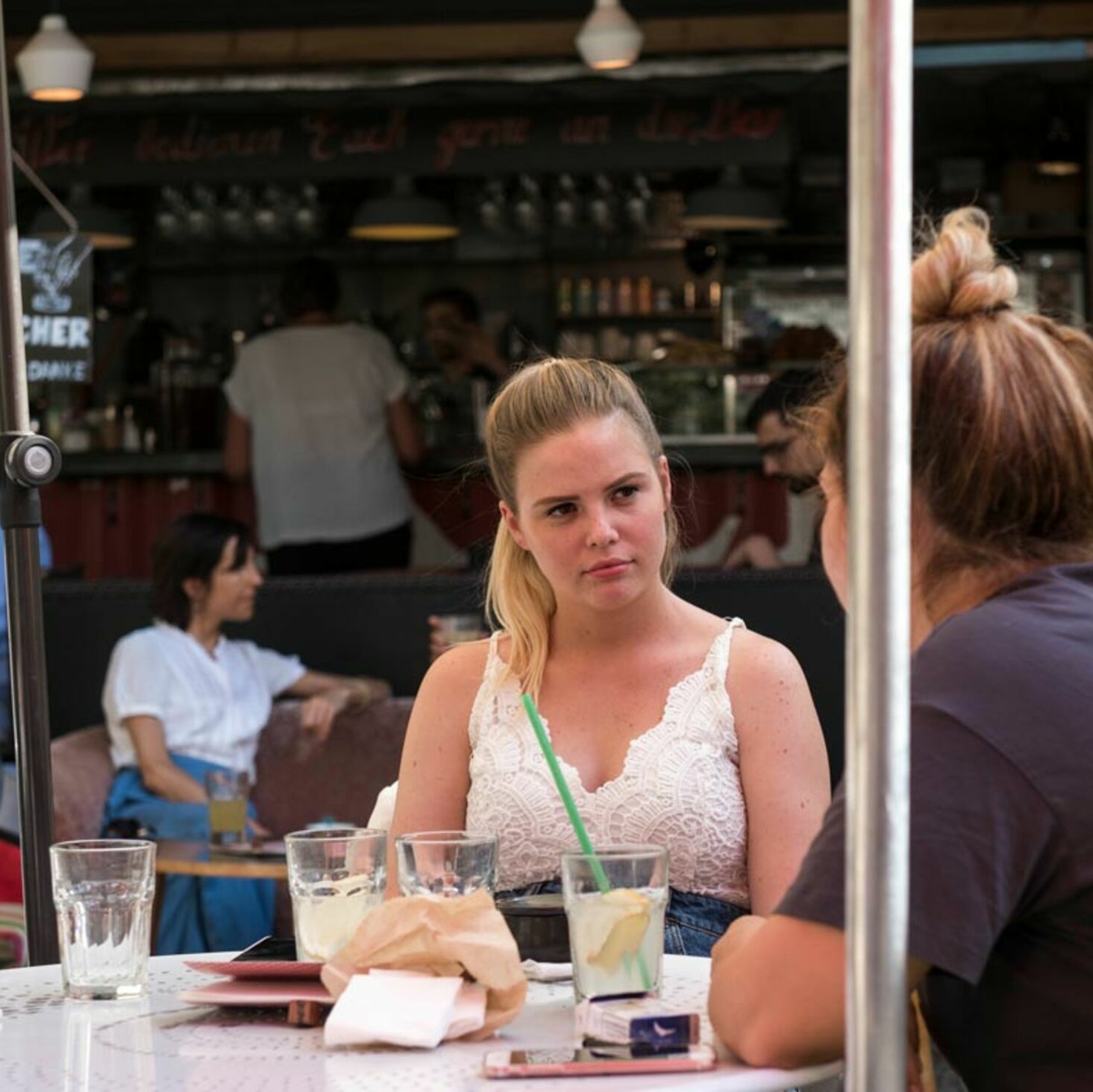 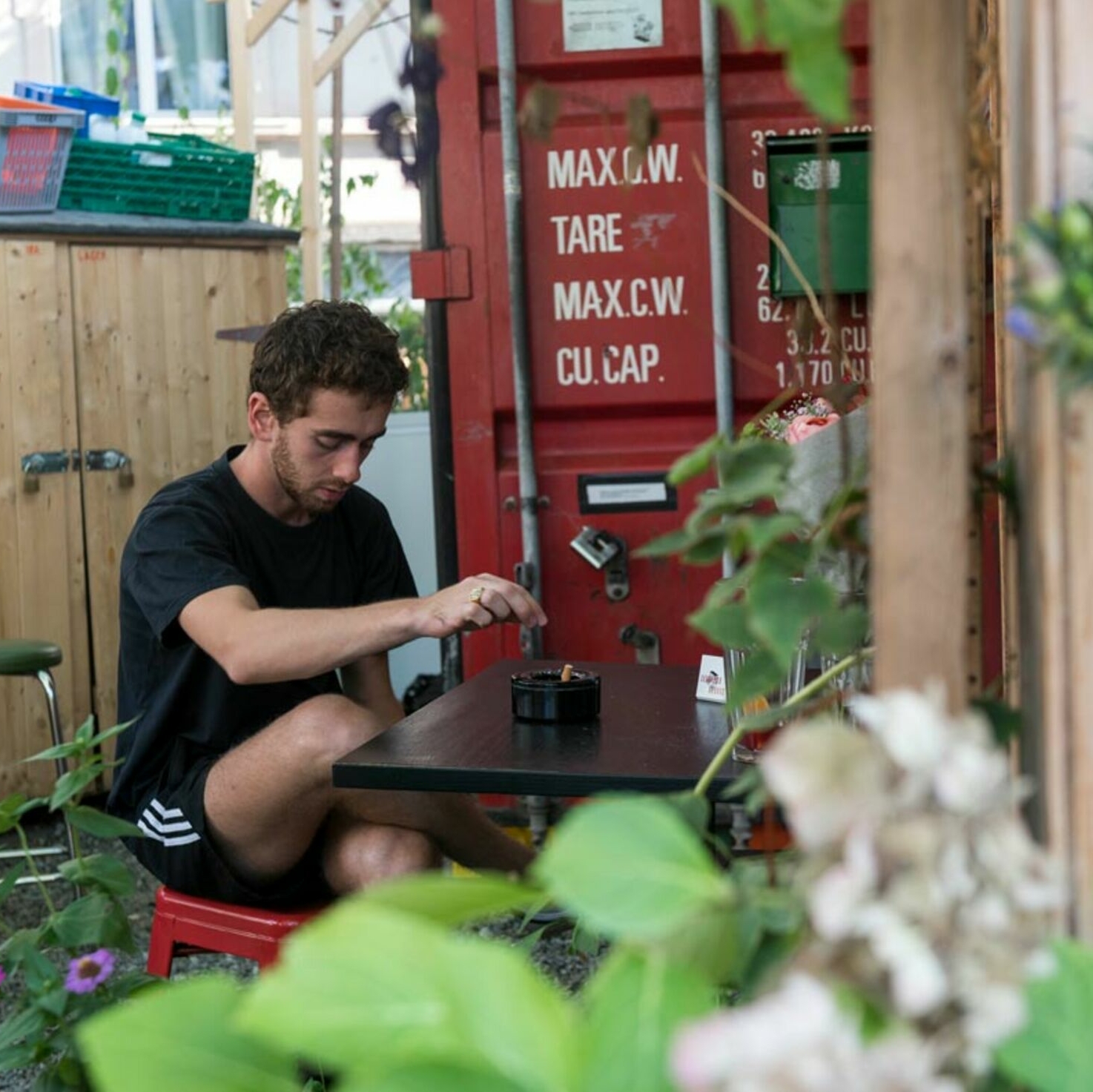 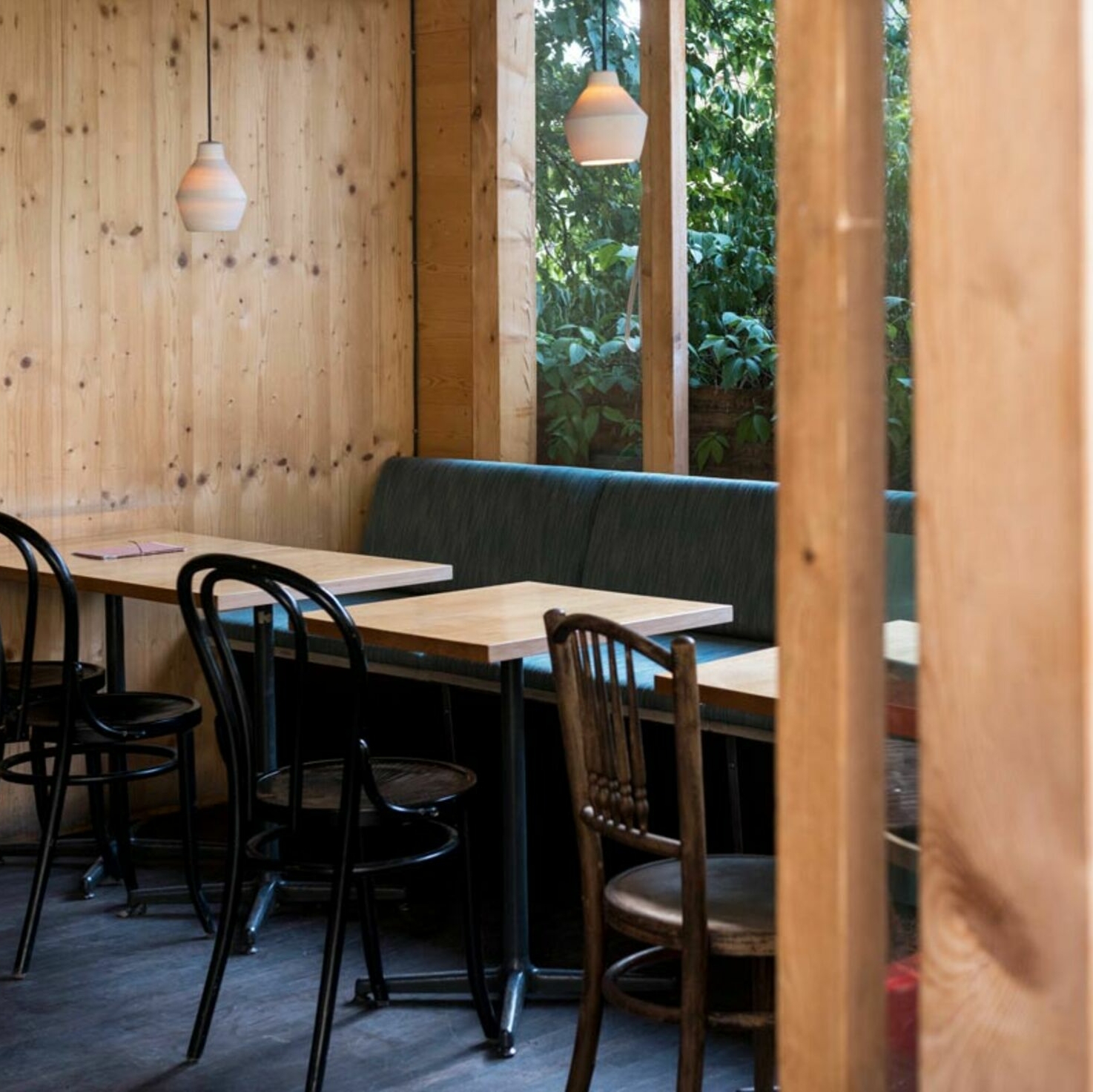 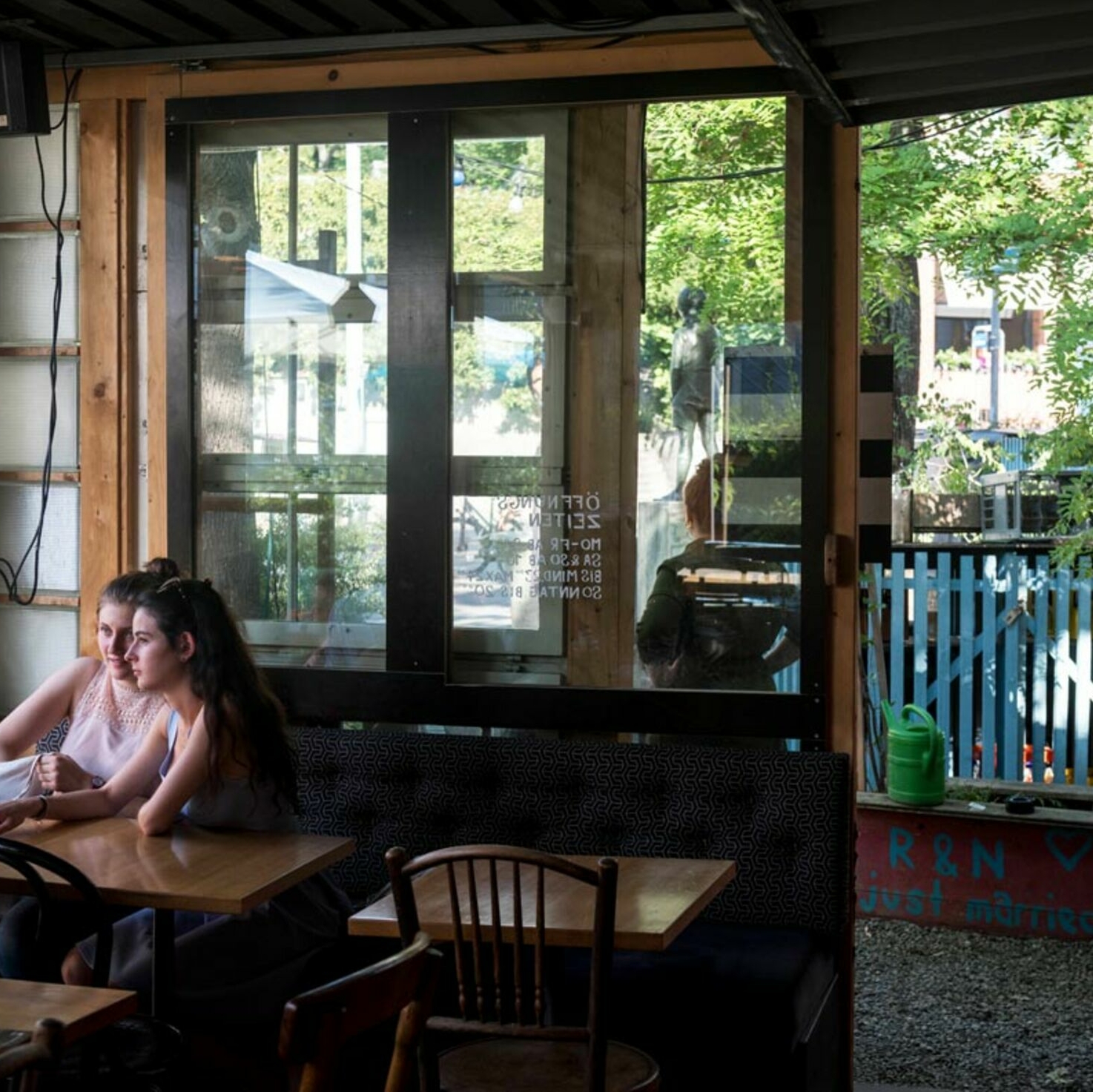 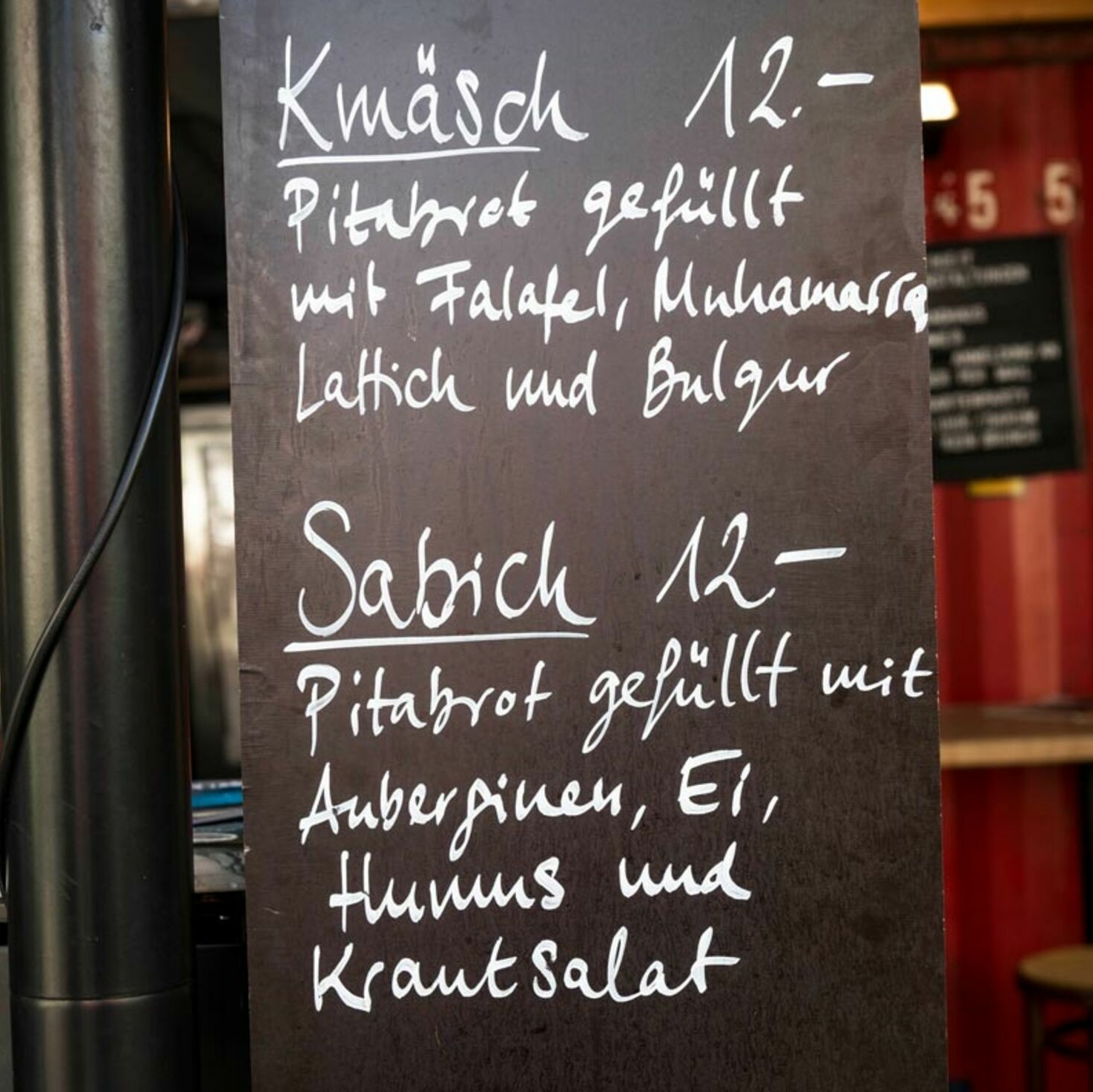 Rea Zaverdinos and Anna Rotter run ‘Die Kleine Freiheit’, a local café/bar that’s become a hit with visitors from across the city.

Residents of Zurich’s Kreis 6 have been enjoying their Kleine Freiheit, a small, alternative bar located in the Weinbergpark, since summer 2013. It’s run by Rea Zaverdinos and her right-hand woman, Anna Rotter. Together, the two women have turned the bar – which is open all year round – into an even more attractive venue, with sunshades, flowers and brunch.

A group of colleagues can be seen sharing a mezze platter and drinking beer. Lovebirds order a bottle of wine; friends are having deep & meaningful conversations. It’s late summer in Zurich. The evenings are still warm and people are sitting outside – in the Weinberg Park, for instance, home to the ‘Kleine Freiheit’ (or ‘Little Freedom’), which was opened in 2013 by former ETH students and housemates Elias Kleimann and Max Boosfeld. ‘Two sharp and innovative minds,’ as the bar’s current manager Rea Zaverdinos describes them. ‘Doers,’ adds her assistant Anna Rotter.

Using donations raised through crowdfunding and neighbourhood support, Elias and Max turned an old shipping container into a café. ‘Initially, it was really simple,’ says Rea. The Kleine Freiheit would only open its doors in nice weather; coffee and beer were the main staples. Rea and Anna only know about the bar’s early days from stories. ‘I actually lived nearby but only visited on one occasion prior to working here,’ relates Rea. Anna, who grew up in Kreis 6, has a similar story to tell: ‘If you didn't pay attention back then, you’d hardly notice the bar.’

‘It was a little neighbourhood oasis,’ says Anna.

‘People come from all over the city to eat our brunch or attend the gigs,’ says Rea. Every Saturday, there’s a live band (with a tip jar) or a pub quiz. Four- or five-person teams have to answer several rounds of quiz questions, or guess songs. The winners get shots or free beer. ‘It’s not a case of rich pickings for the winners,’ says Anna. ‘But it's good fun.’ There’s always one team made up of members of a local flatshare, ‘which creates a really relaxed atmosphere.’

Every Saturday, there’s a live band or a pub quiz.

Rea took over the reins in spring 2017, and was joined by her assistant Anna around a year later. Both reveal how they were won over by the bar’s potential. Rea: ‘My immediate thought was: “Whoa, I can still put my stamp on this!”’ In her first few months as the new manager, Rea refined internal processes and expanded the bar’s culinary and cultural offerings. Helped by Anna, she spruced up the bar. ‘Partly by adding details,’ says Anna – more attractive sun shades or mini flower arrangements on the tables. Anna worked as a florist before training to become a culinary professional. ‘Some people have an allotment, I have the Kleine Freiheit,’ she laughs. She planted perennials and assembled pots of flowers.

Helped by Anna, Rea spruced up the bar.

Together with the founders, Rea and Anna discussed to what extent the Kleine Freiheit can cope with further growth. ‘We don’t want to become a corporate sellout,’ Rea says emphatically. The café was, after all, originally meant to serve as a local meeting place. ‘Elias then made the point that people still value this place. They find the vibrant after-work atmosphere really easygoing.’ But they won't be making room for more tables and chairs. ‘Somehow, we always manage to find that extra bit of space,’ says Anna.

The team is also unlikely to grow any time soon. Its members prepare the dishes on offer themselves using ingredients delivered by a neighbouring catering company. ‘We have a space of around 3 square metres in which we prepare the salads and pita sandwiches,’ says Anna. If there are lots of food orders, service can take a bit longer. ‘But it’s really great that our guests never become impatient.’ Since 2016, the Kleine Freiheit is also open during the winter months: ‘The wood stove turns it into a snug den – it’s so cosy!’

Breakfast: Monday to Friday, served till 11 am
Saturday and Sunday till 4 pm
The bar hosts gigs and a pub quiz on a regular basis. Find more details here.