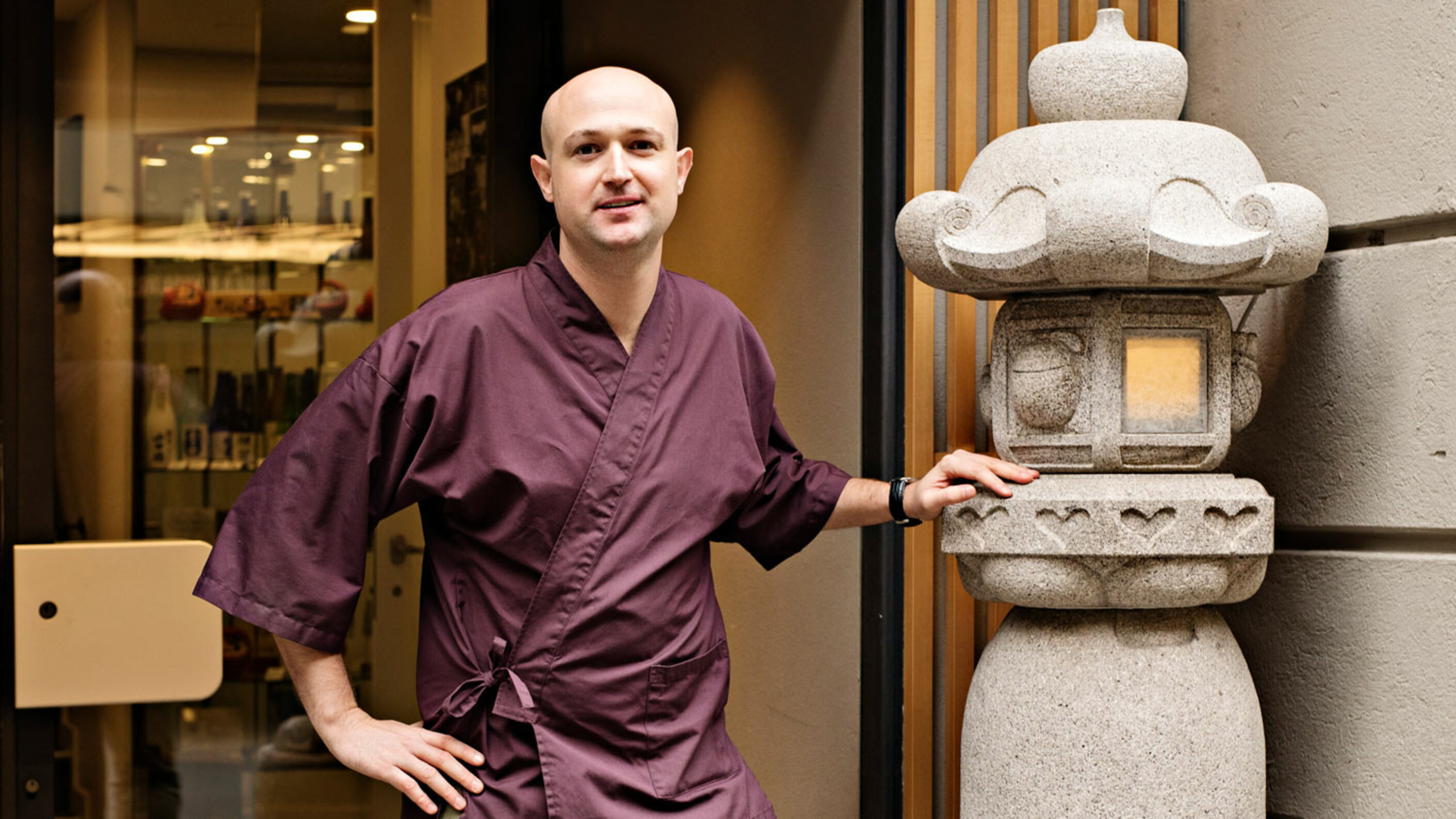 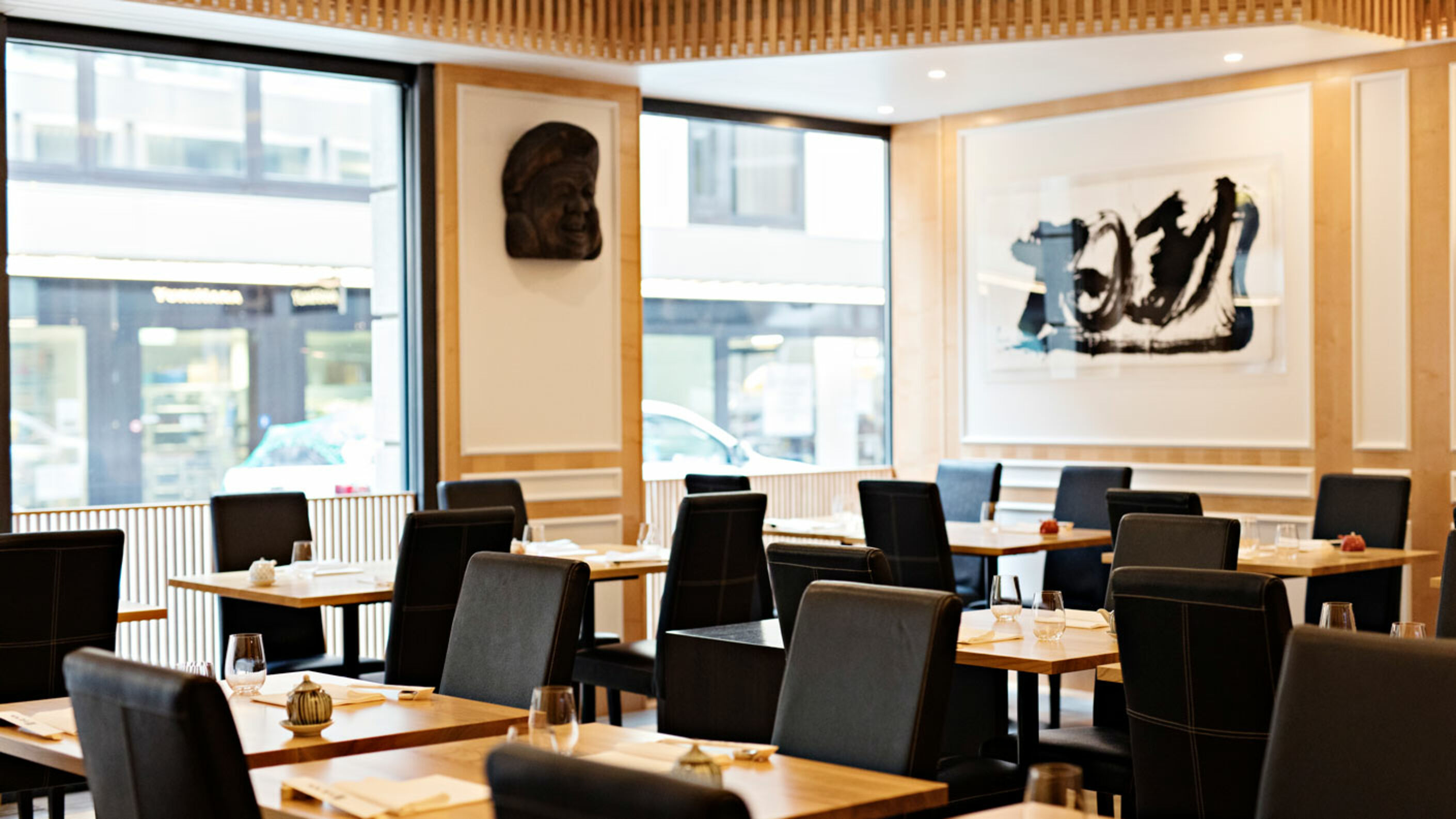 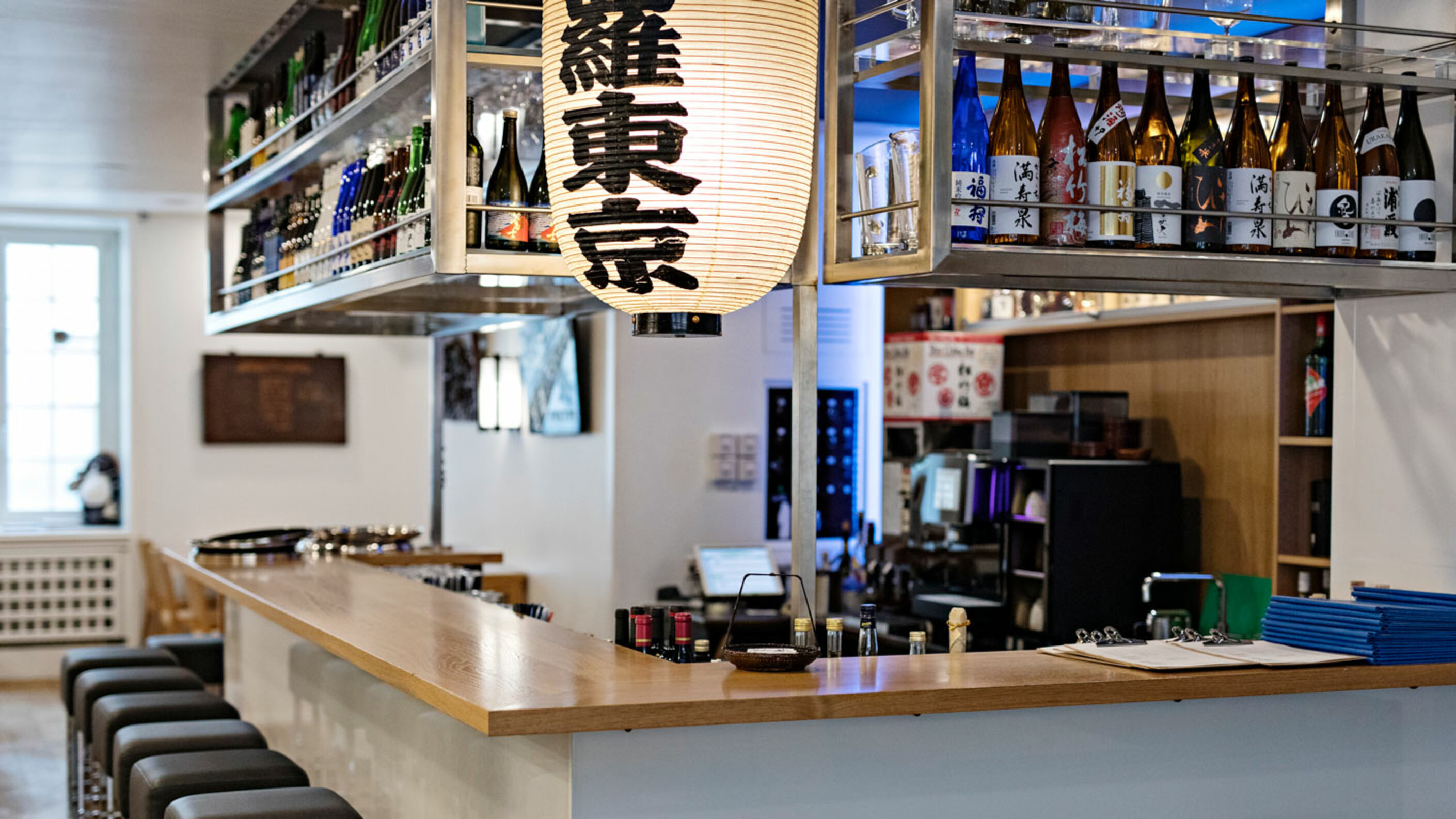 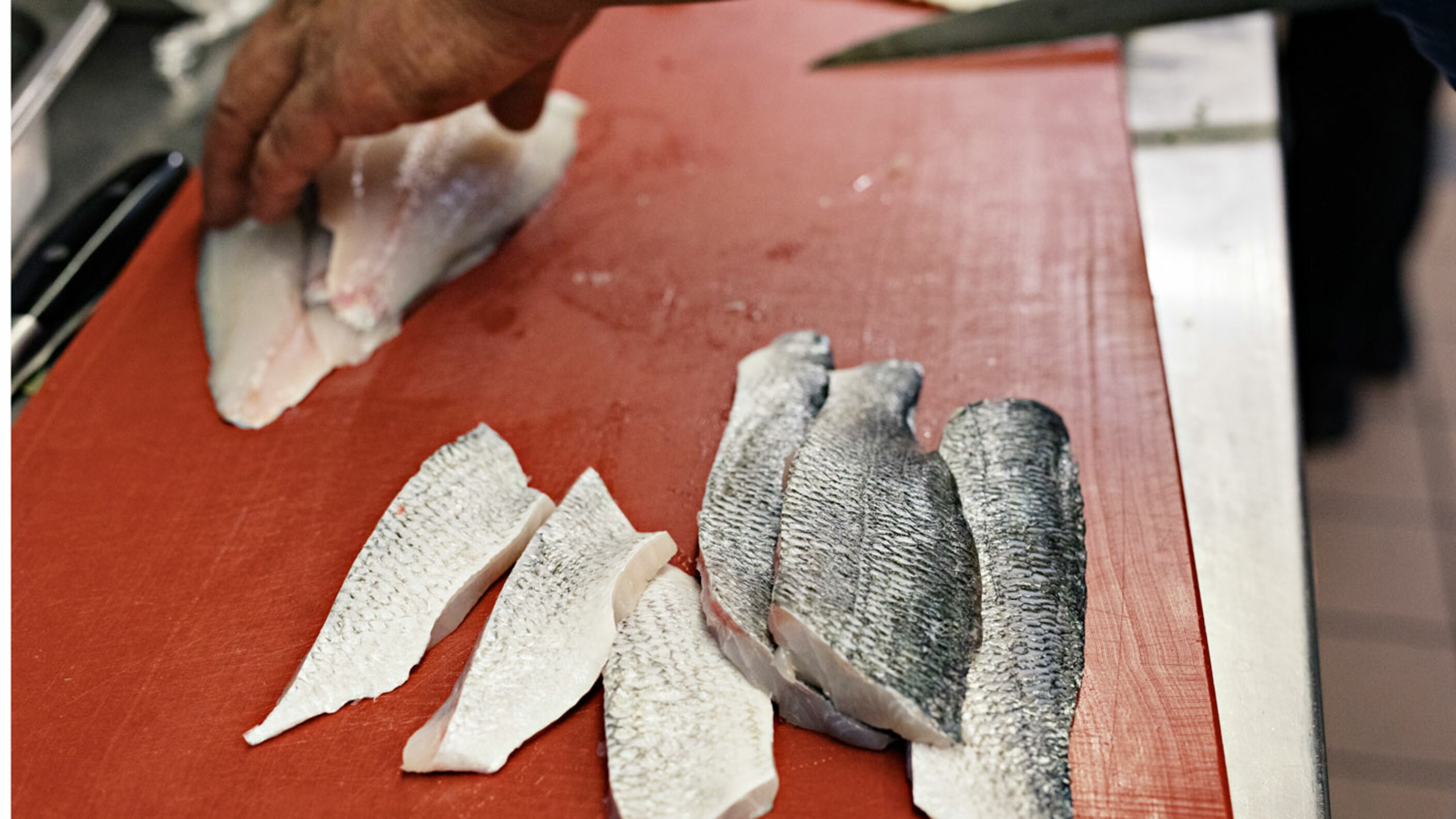 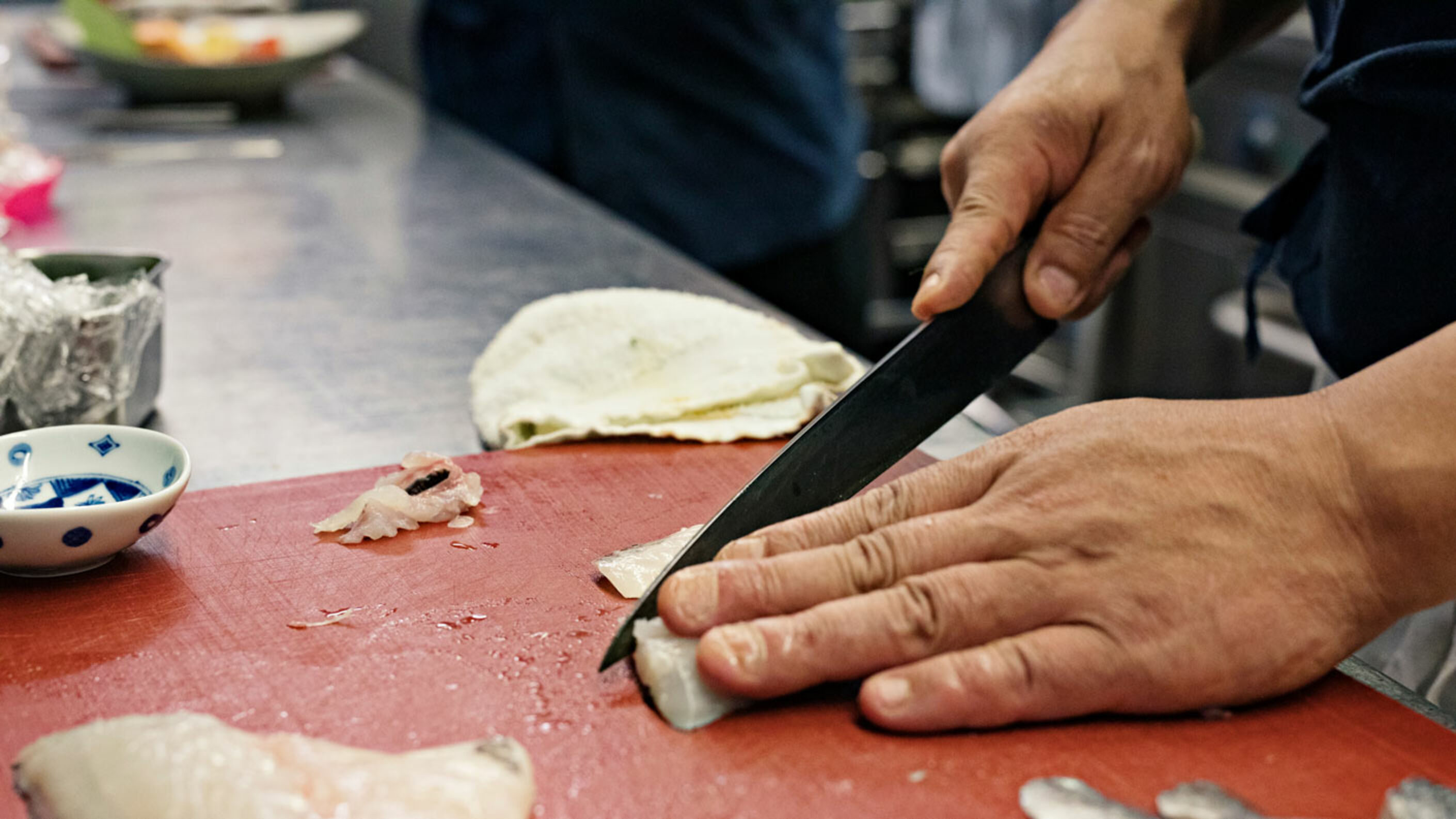 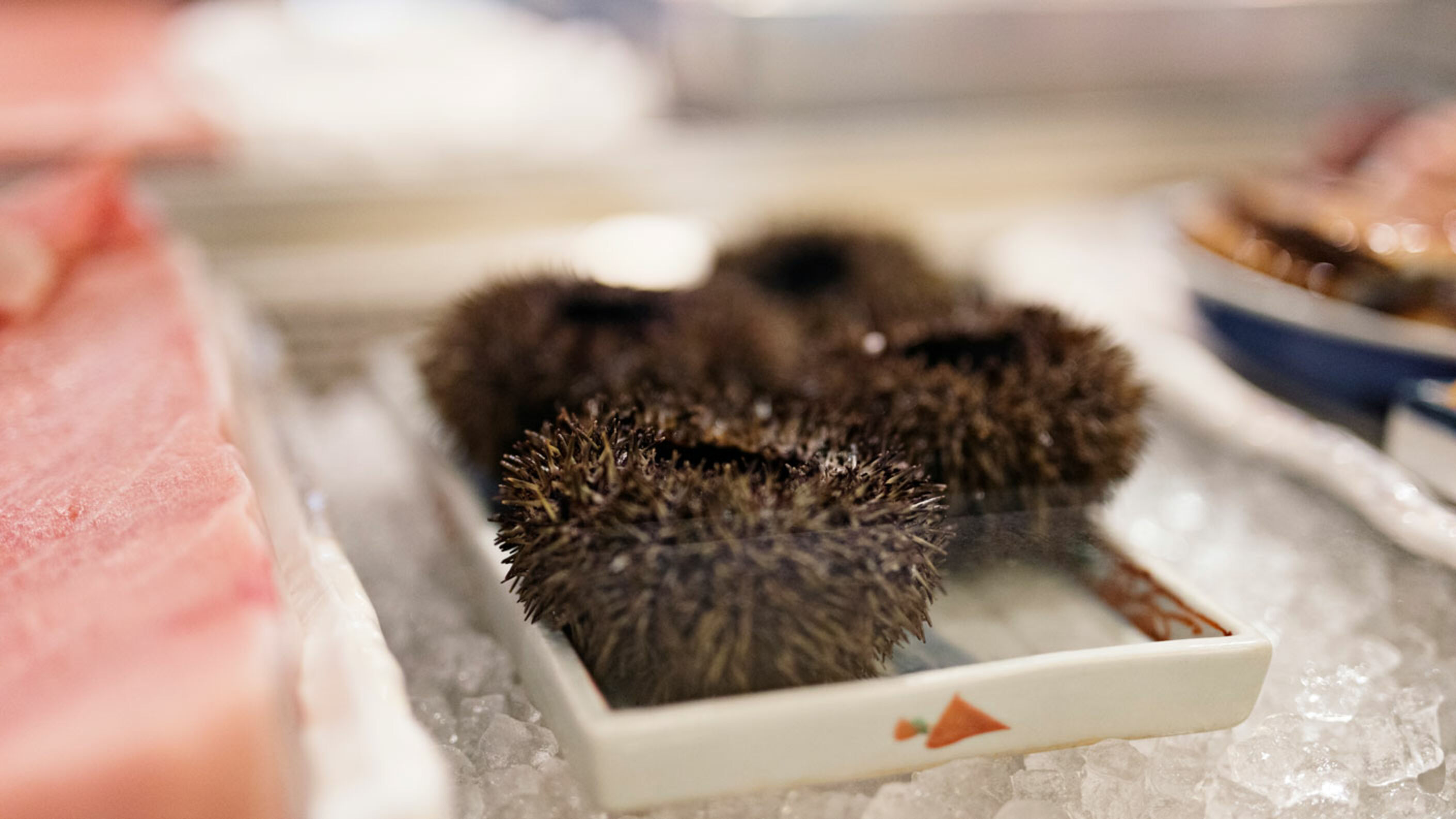 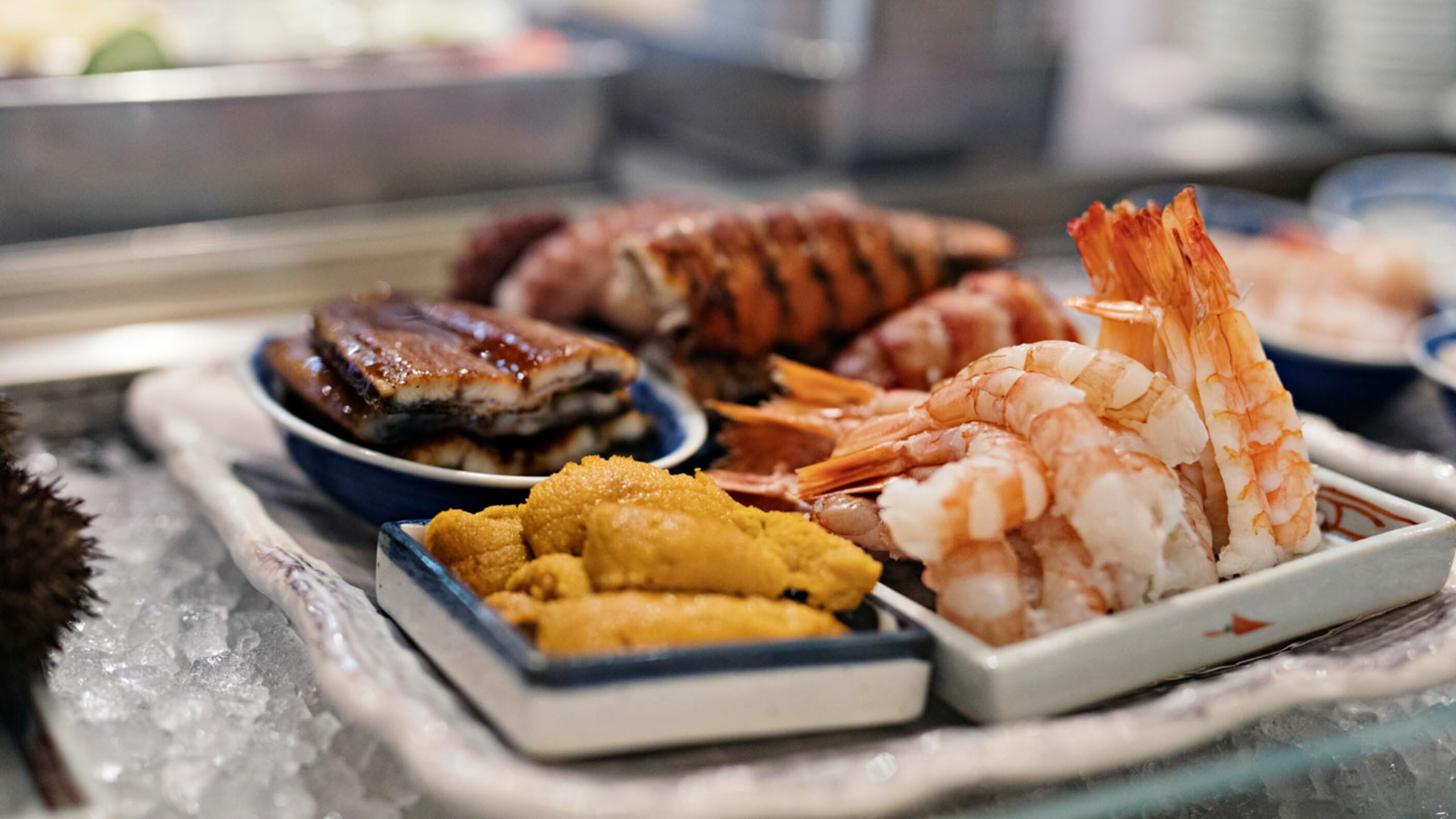 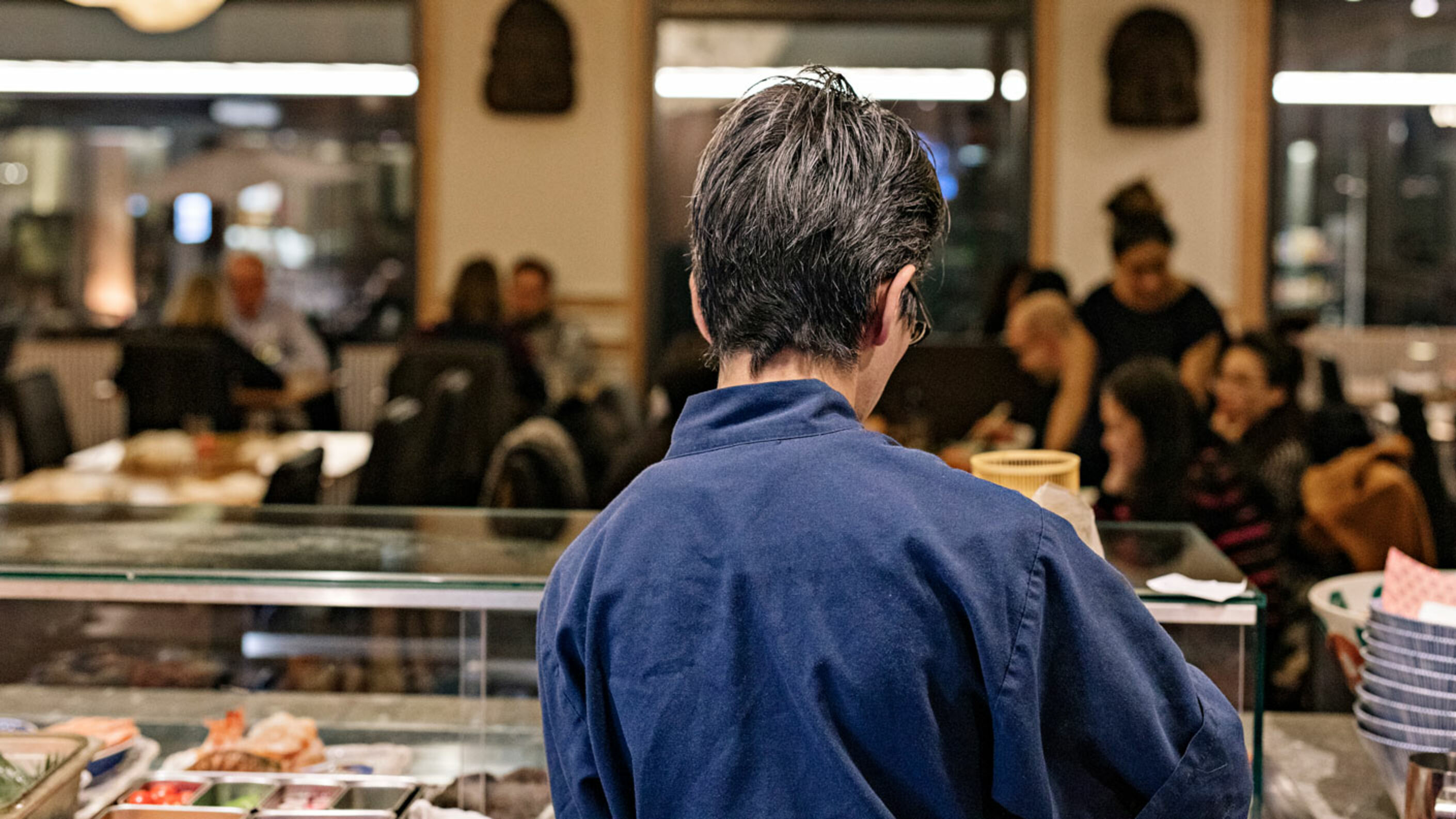 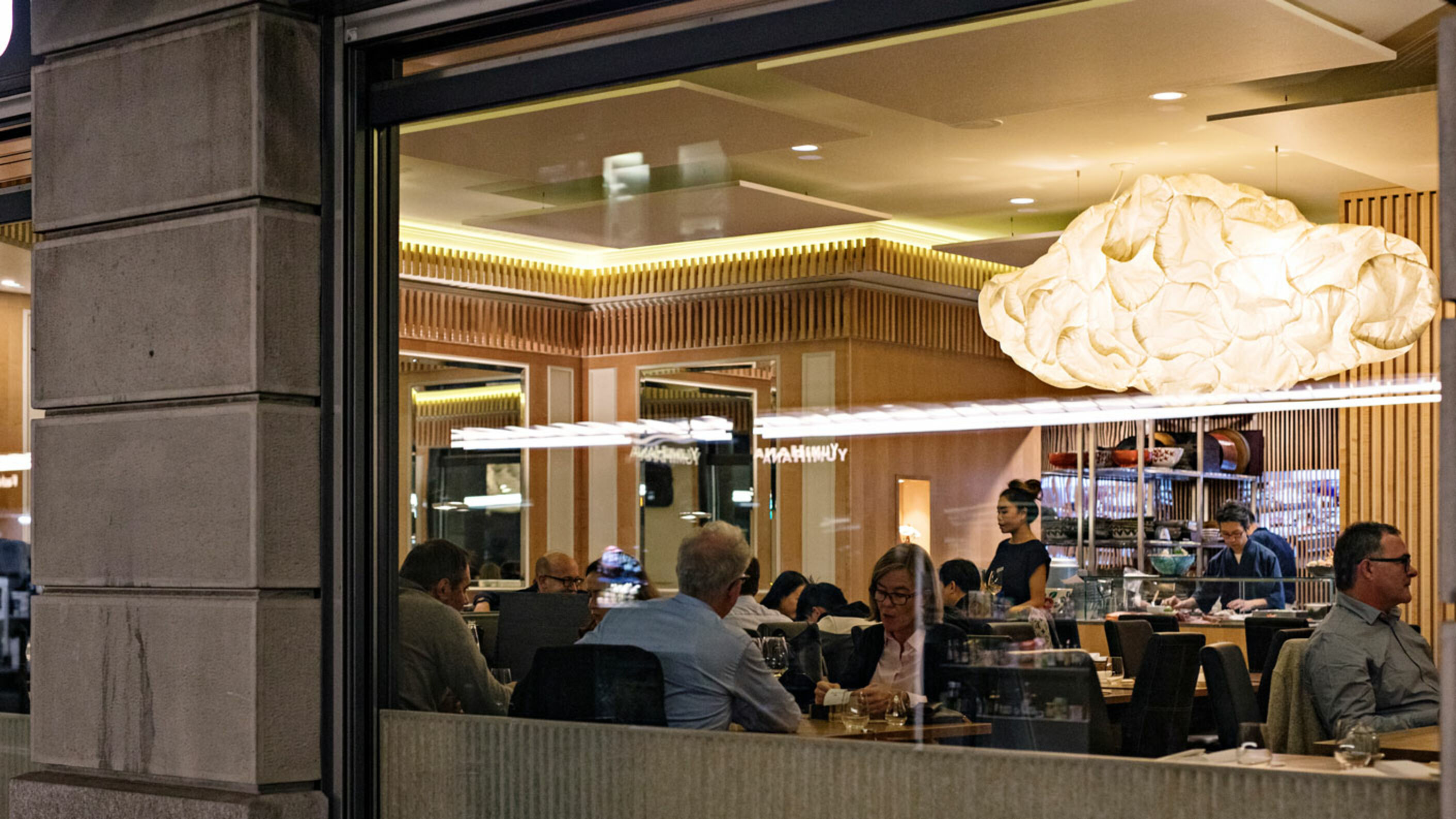 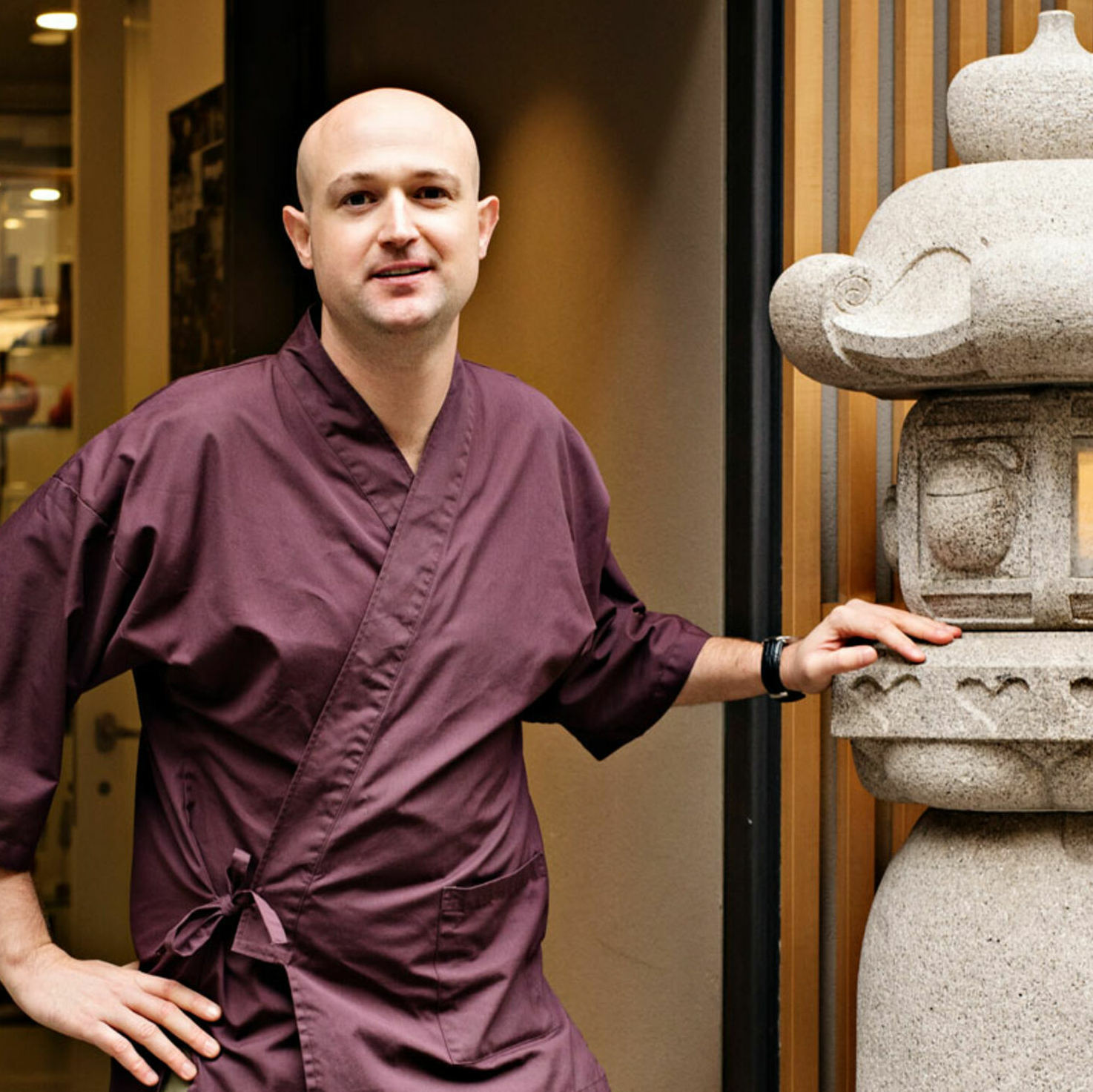 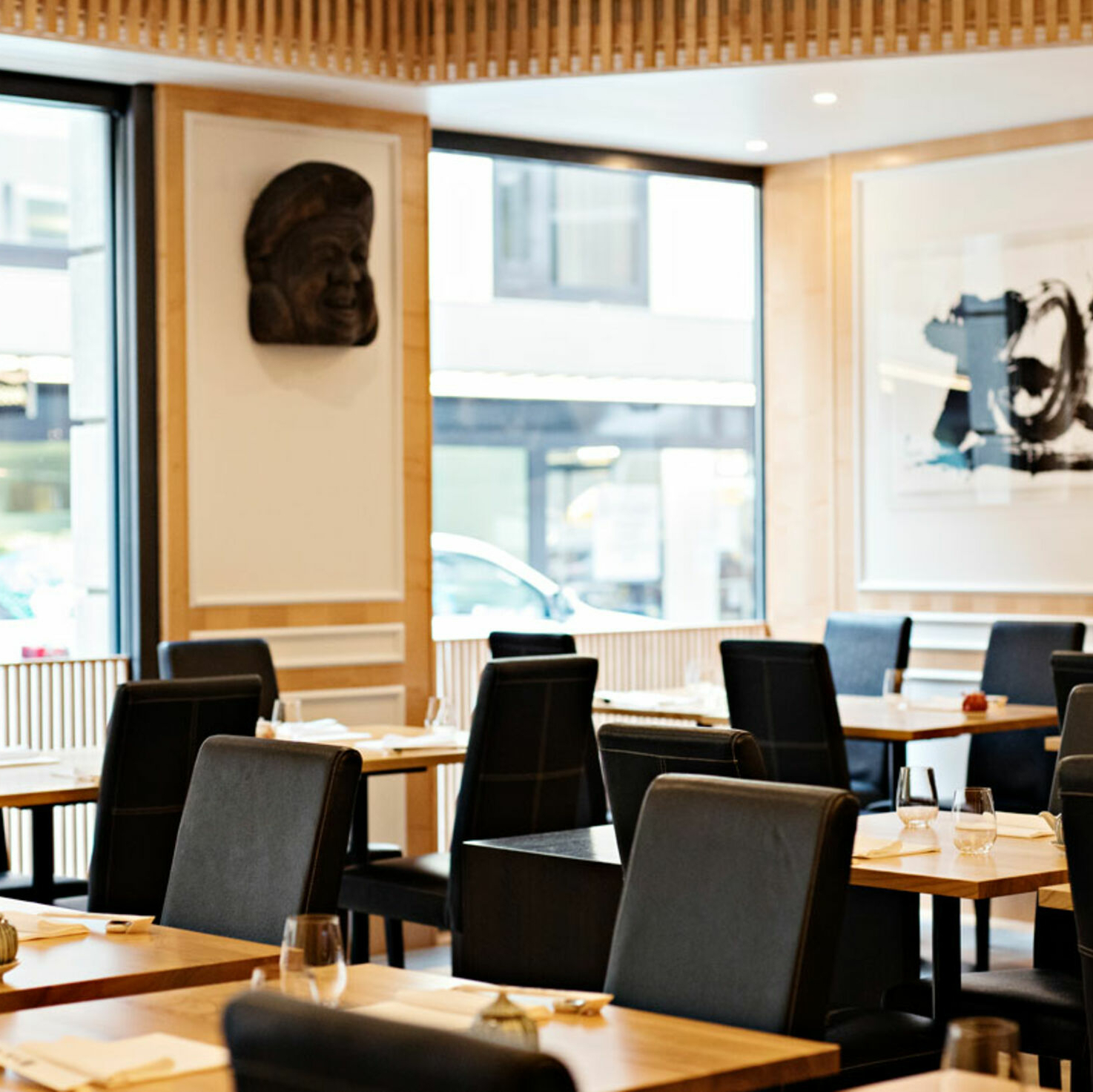 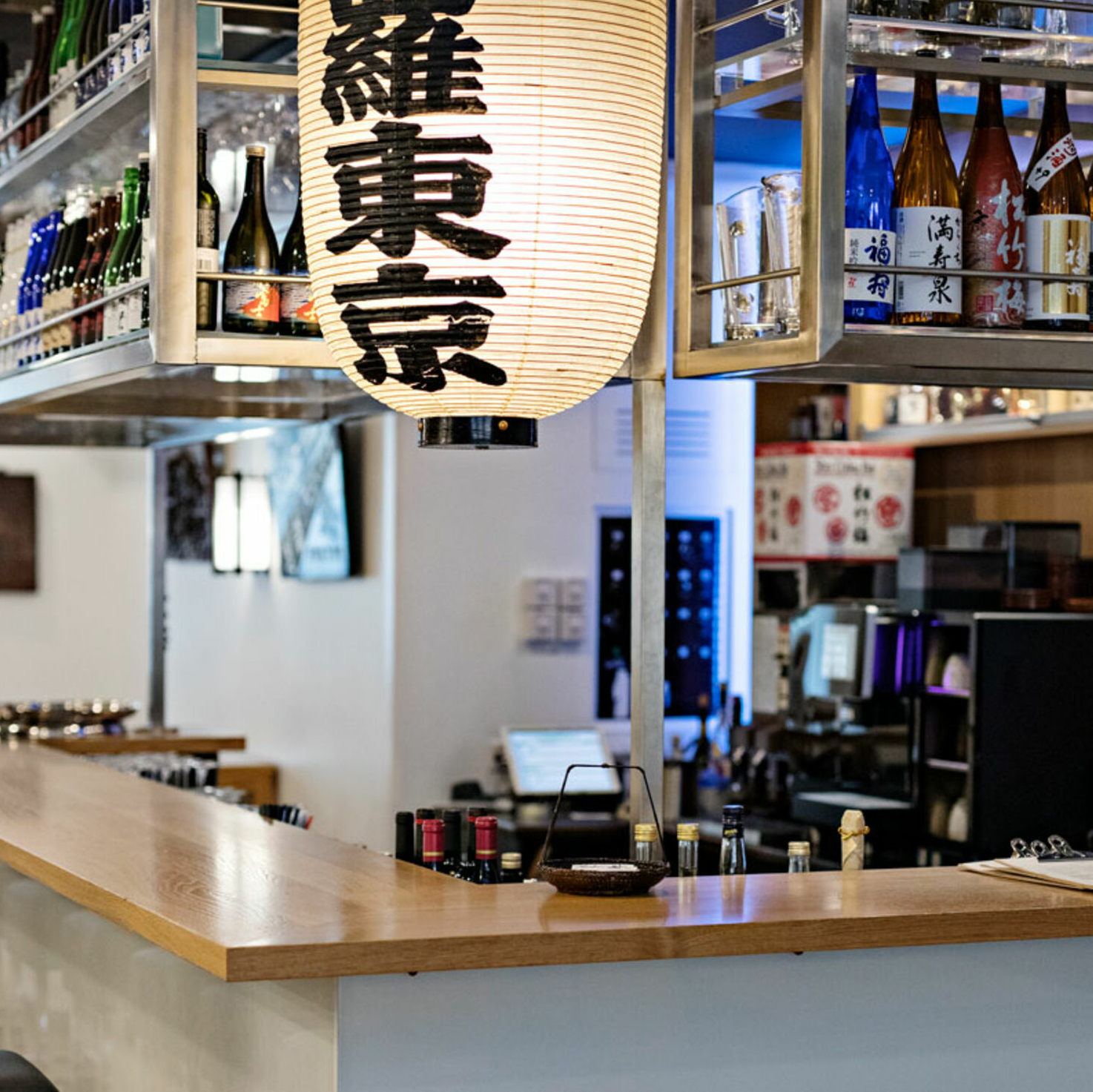 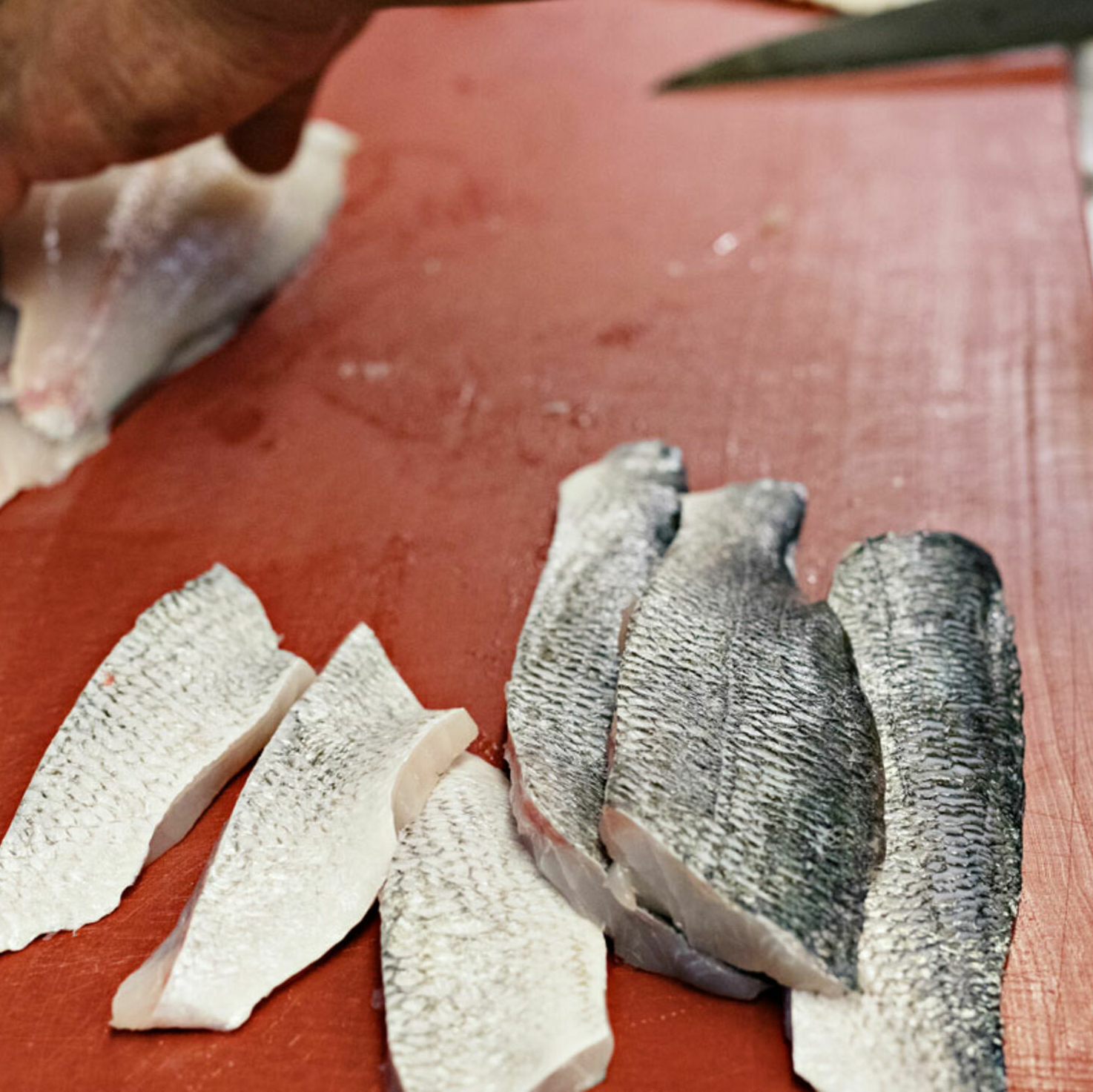 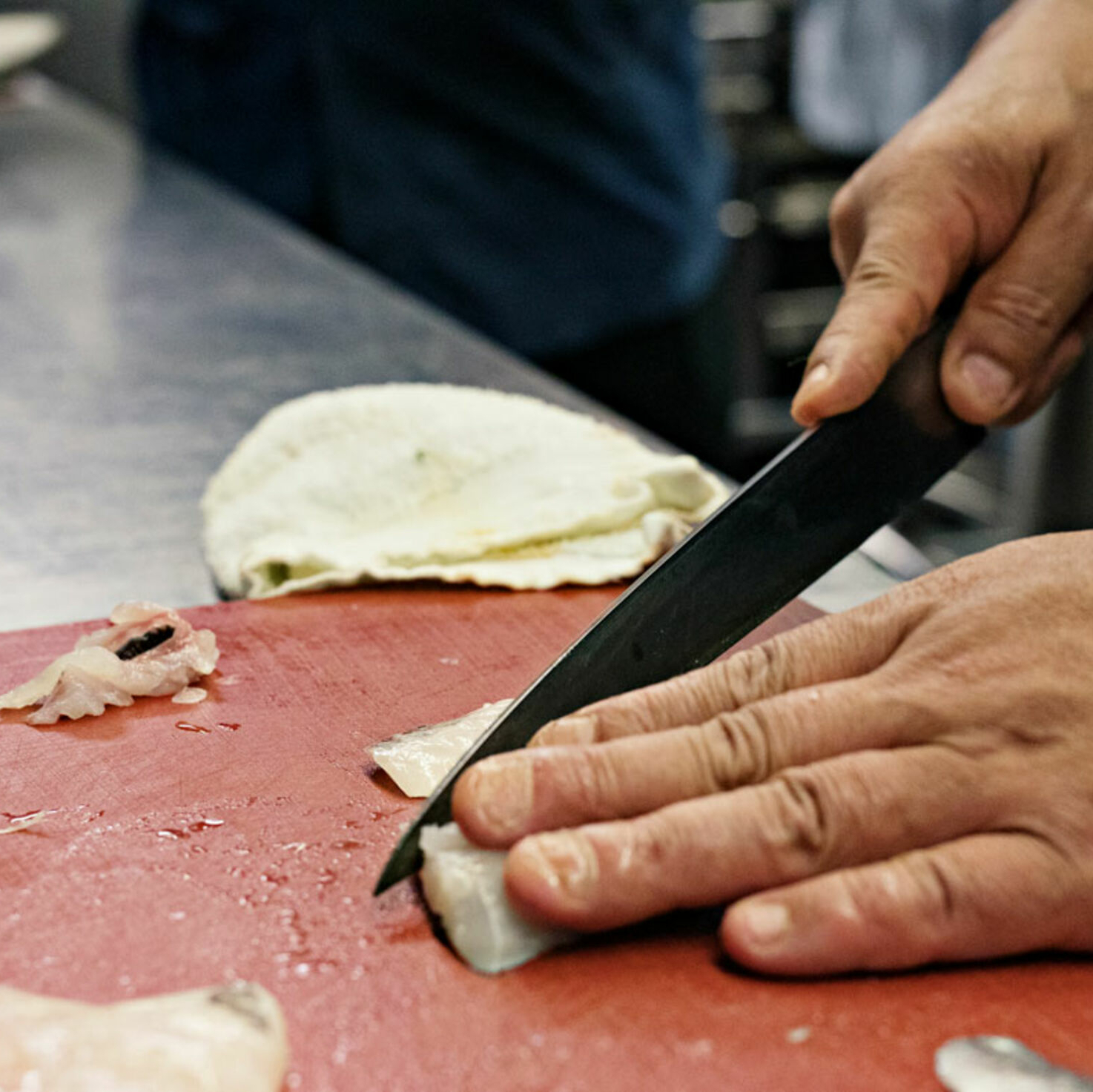 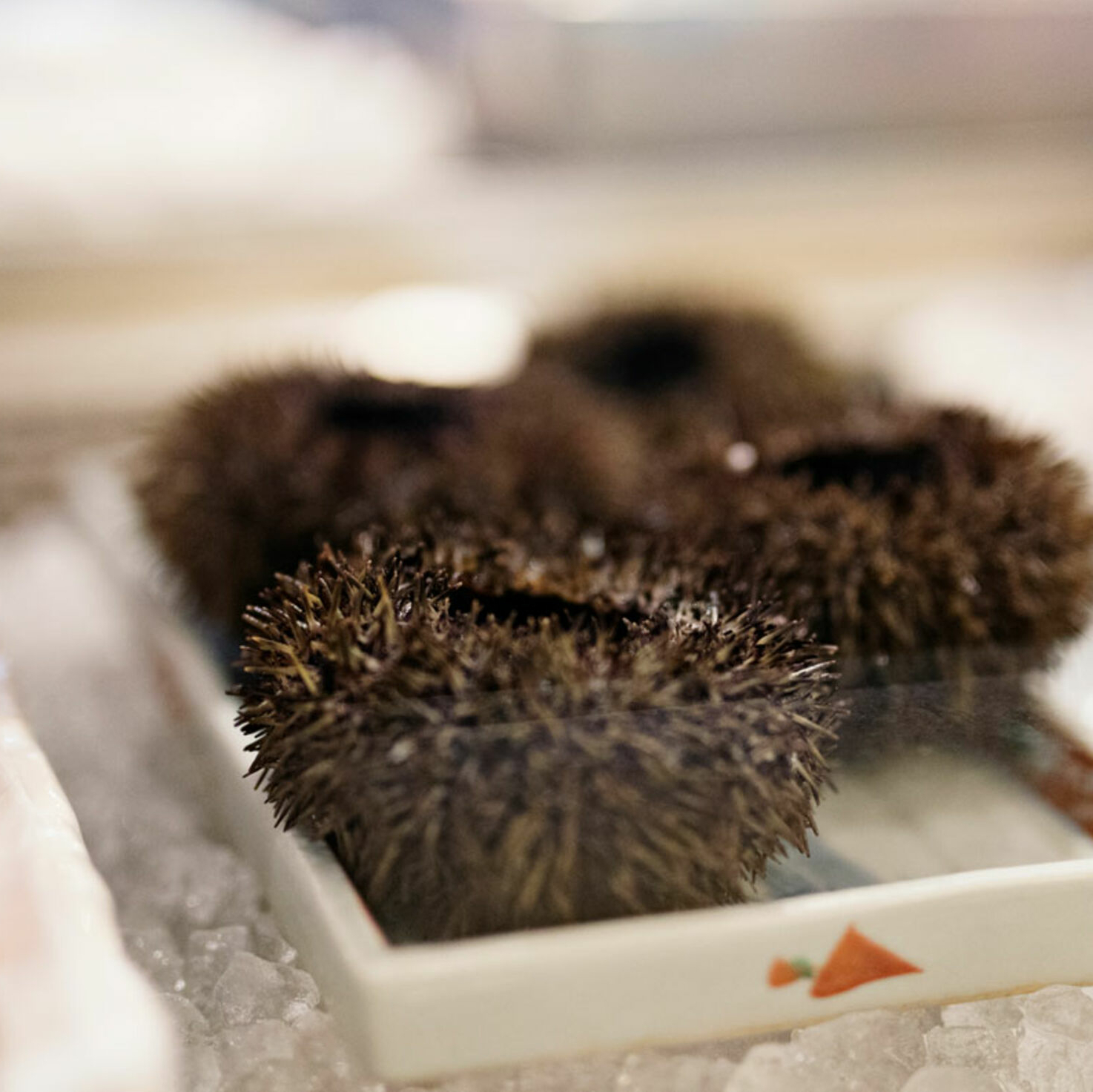 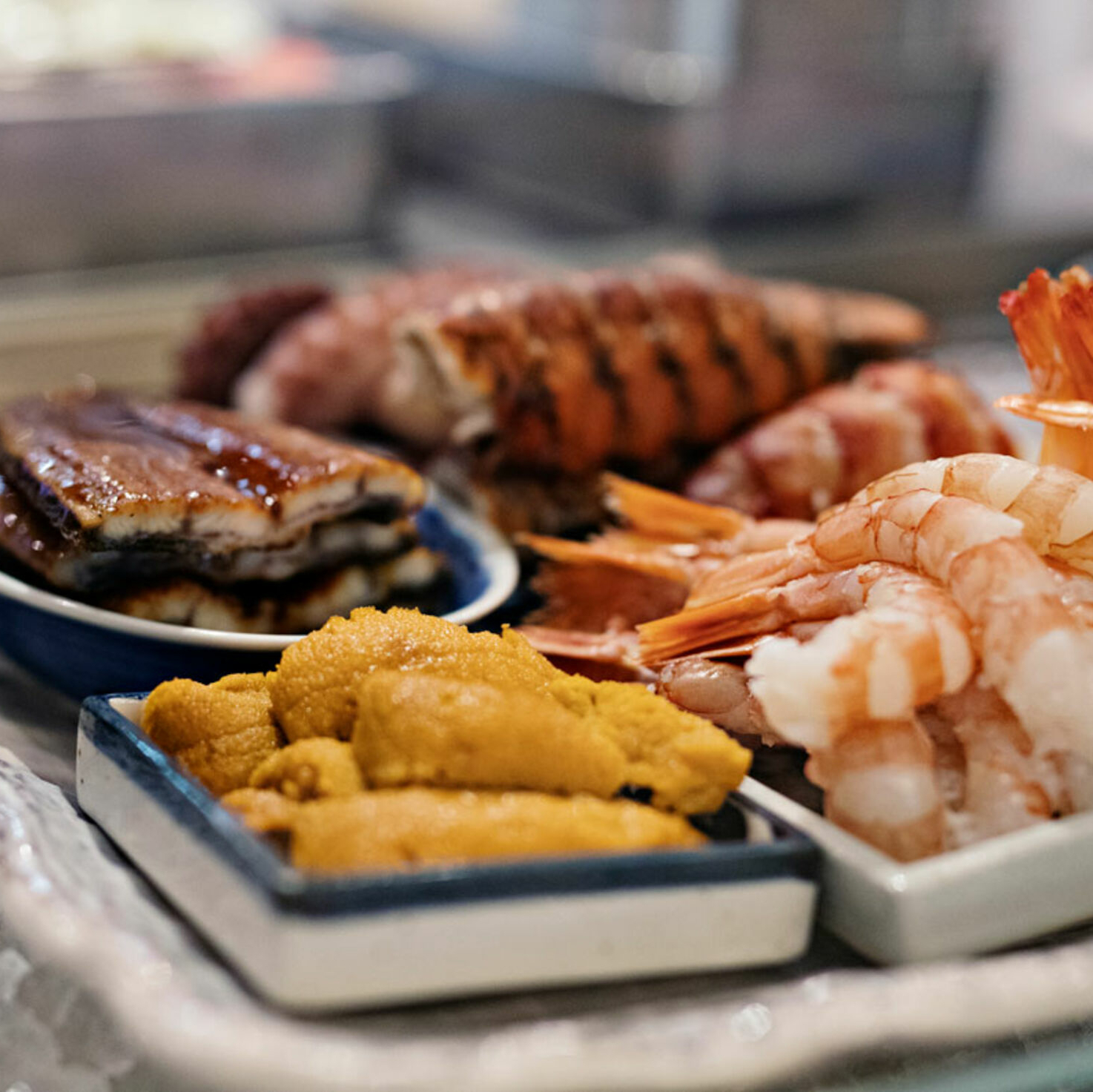 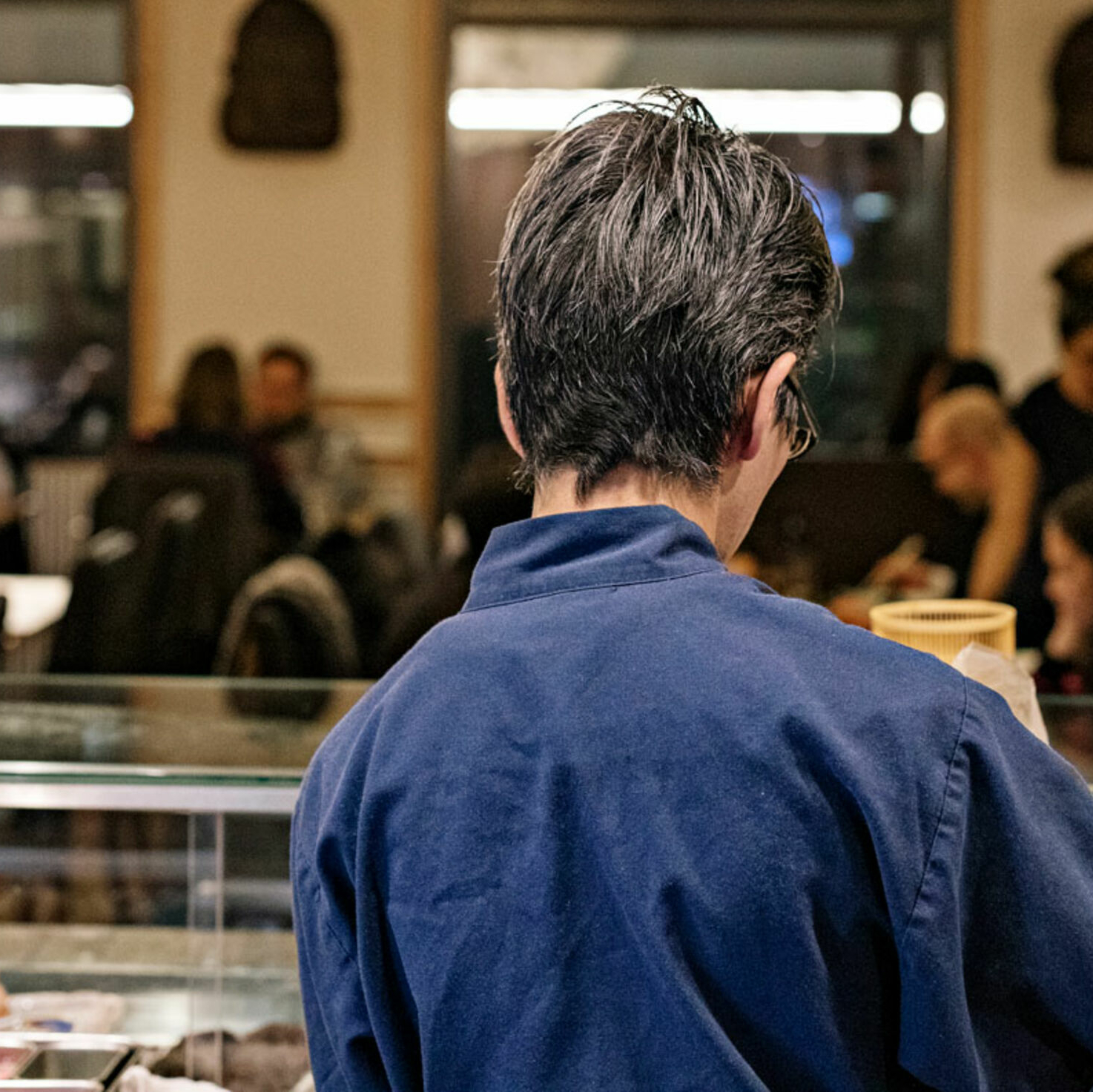 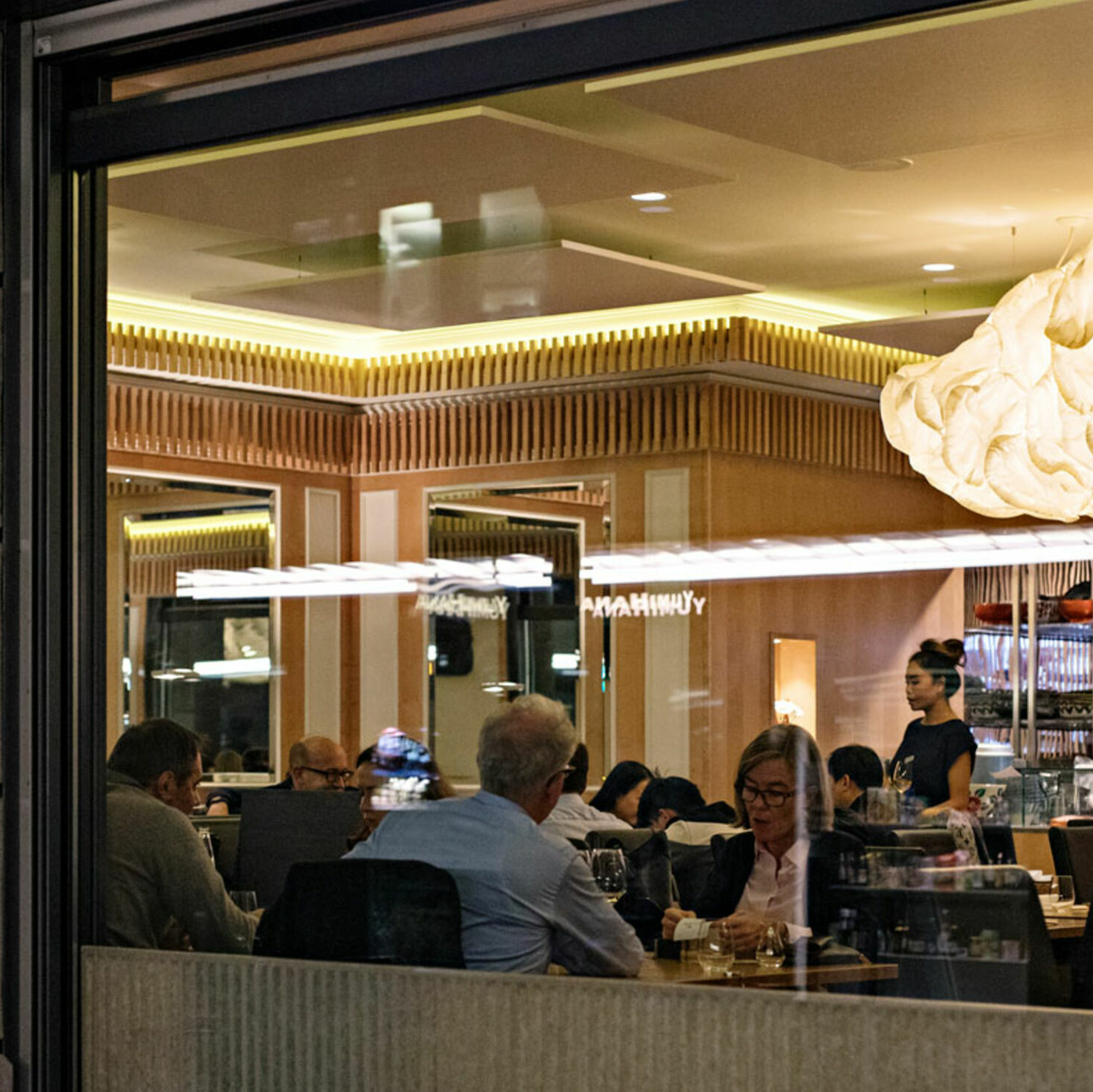 Sala of Tokyo is the oldest Japanese restaurant in Switzerland. It is run by Lorenz Muster, who spent two years as a chef in Tokyo: ‘I’m fascinated by Japanese cuisine.’

Japanese-Swiss couple Ernst and Sala Ruch-Fukuoka opened Sala of Tokyo in 1981 – long before fast food chains and supermarkets started selling sushi. Today it is run by Lorenz Muster, who spent two years as a chef in Tokyo.

In the early years, the traditional restaurant on Limmatstrasse attracted mainly Japanese visitors. Most of them worked in the thirty-or-so Japanese banks that had branches in Zurich at the time. ‘Now we have a very mixed crowd,’ says Lorenz Muster. ‘Raw fish is no longer so exotic and Japanese cuisine is booming.’ He adds that this kind of light, healthy food is bang on trend.

Lorenz has been running Sala of Tokyo since 2013 – the result of a chance meeting with Ernst and Sala Ruch-Fukuoka. They were having dinner at a restaurant near Zurich where Lorenz worked as a sous-chef. The couple told him they were desperately looking for someone to take over Sala of Tokyo: ‘But it was difficult because there were very few chefs in Switzerland who had the experience with Japanese cuisine that they needed to take over the restaurant,’ says Lorenz.

‘In Japan, it’s simplicity that counts – the perfect fish, a little soy sauce and wasabi, and that’s it.’

But fortunately Lorenz was one of them as he had lived in Tokyo for two years. During that time he spent his mornings at a language school: ‘You have to understand at least rudimentary Japanese to be able to work in a kitchen.’ In the afternoons and evenings he worked in all kinds of restaurants, from simple noodle shops to high-class Kaiseki restaurants.

It was quite a culture shock for Lorenz. The work was hard: ‘The Japanese work sixteen or eighteen hours a day, six days a week.’ Lorenz’s previous experience was in French cuisine: ‘It’s a totally different kind of cooking and approach,’ he says. ‘In French cuisine, the dishes are always enriched in some way. In Japan, it’s simplicity that counts – the perfect fish, a little soy sauce and wasabi, and that’s it.’

At Sala of Tokyo, Lorenz only employs chefs with a Japanese cooking licence: ‘I just want to be sure that they really understand how to make the dishes.’

At Sala of Tokyo, Lorenz only employs chefs with a Japanese cooking licence: ‘It’s nothing to do with arrogance. I just want to be sure that they really understand how to make the dishes,’ he explains. Japanese cuisine is so complex that it’s very difficult for a foreigner to master it: ‘Sometimes I had the feeling that even the youngest Japanese apprentice chef knew more than me – even after I’d been there for two years.’

Some of the chefs have worked at Sala of Tokyo for over 30 years. That’s another reason why Lorenz didn’t immediately take over running Ernst and Sala’s restaurant: ‘Hierarchies in Japan are very strict, and I was still young at the time.’ But the chefs accepted him – partly because of his wealth of knowledge.

Lorenz promised Ernst and (now sadly deceased) Sala that he would take good care of the team. ‘It’s like a family,’ he says, ‘and I’m the Mum.’ He is always there for his chefs and other staff, even helping them out with their mobile phone contracts and housing issues.

Lorenz has also fulfilled the second wish of the two founders by keeping the restaurant’s name. In the summer of 2018 it moved to Schützengasse near Bahnhofstrasse, but the same name still hangs above the door. Certain elements of the old restaurant have also been transported to the new premises, including the huge calligraphic works created by Sala.

Certain elements of the old restaurant have also been transported to the new premises, including the huge calligraphic works created by Sala.

The conversion work at Sala of Tokyo was undertaken by a school friend of Lorenz’s Japanese wife. ‘Several Zurich firms wanted the job,’ says the chef. But he felt it was important to engage a Japanese architect. ‘This was the only way to make sure the design was authentic,’ he explains. In Japan there are many unwritten rules that a foreigner simply doesn’t know. For example, a restaurant always has to have an entryway.

‘The ambience is a little cooler than before,’ says Lorenz. ‘Sala of Tokyo used to have more of a cosy pub feel.’ But the fare hasn’t changed: ‘We still cook authentic, traditional Japanese food. We don’t offer sushi with mayonnaise. Sometimes that surprises people.’

Sala of Tokyo enjoys a reputation as an excellent but expensive restaurant: ‘Yes, we’re not exactly cheap,’ Lorenz admits, ‘but first-class ingredients, chefs from Japan and a prime location all cost money.’

The move to the new premises means the restaurant now has a bar. Here he offers light bites, such as small sushi plates and Japanese rice bowls for around thirty francs: ‘They’re simple but filling.’ He wants everyone to feel comfortable at Sala of Tokyo. ‘I also sometimes feel nervous about going to traditional restaurants and feel a bit out of place among all the regular customers,’ he says. ‘But with us it’s different – we want everyone to feel at home here.’ Ernst is also a regular visitor to the restaurant, and he’s delighted to see the continuing success of Sala of Tokyo.