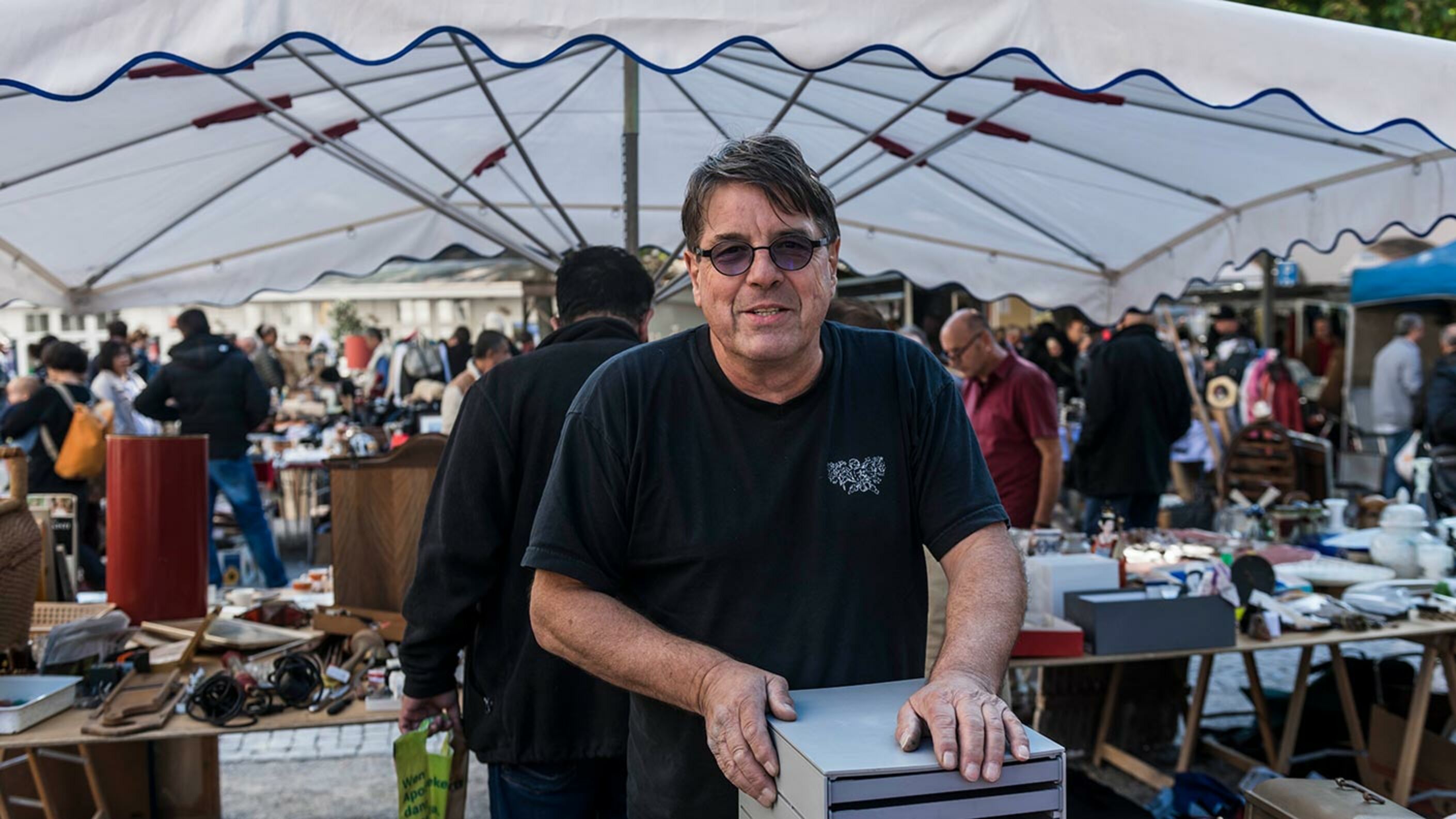 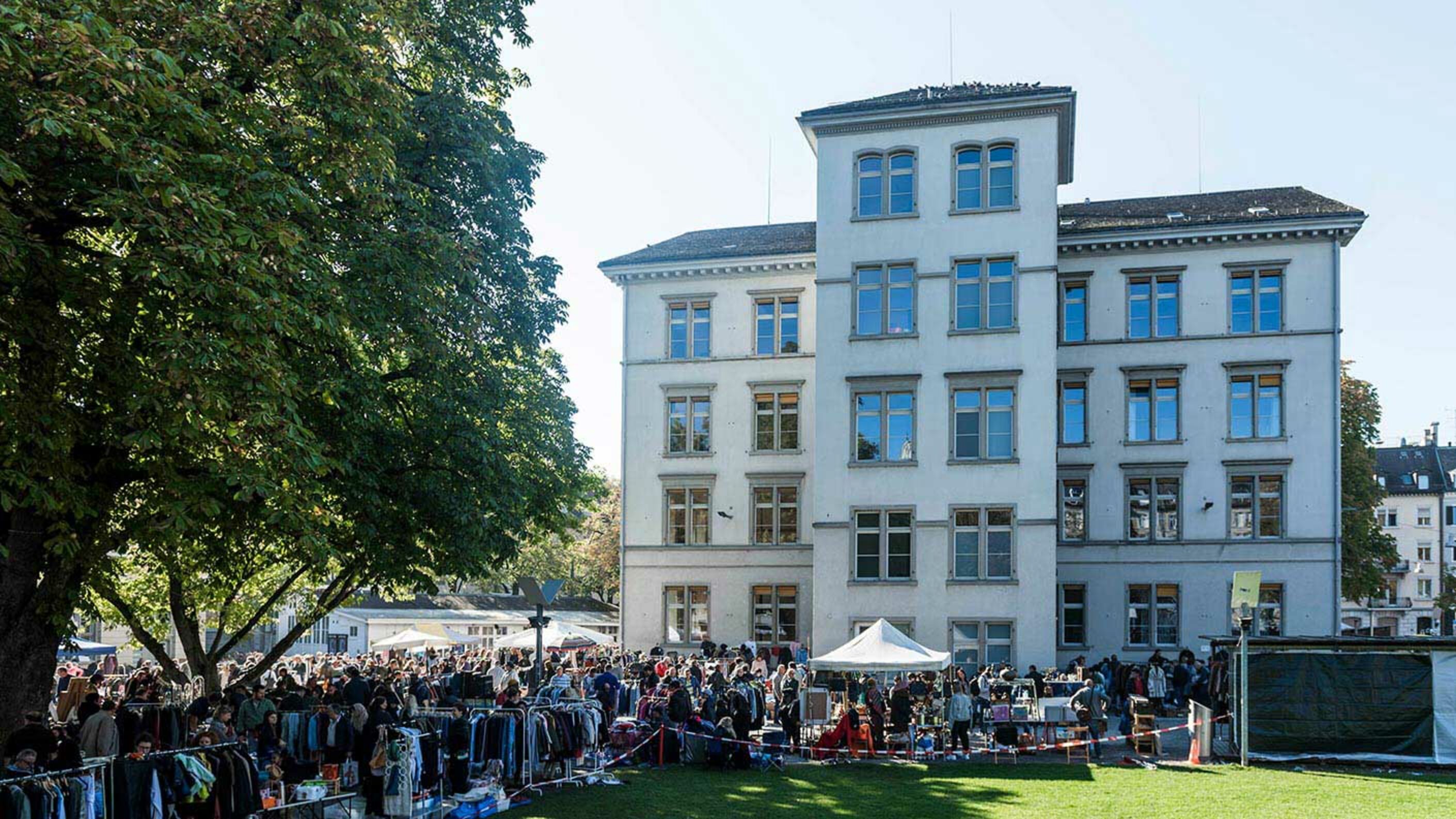 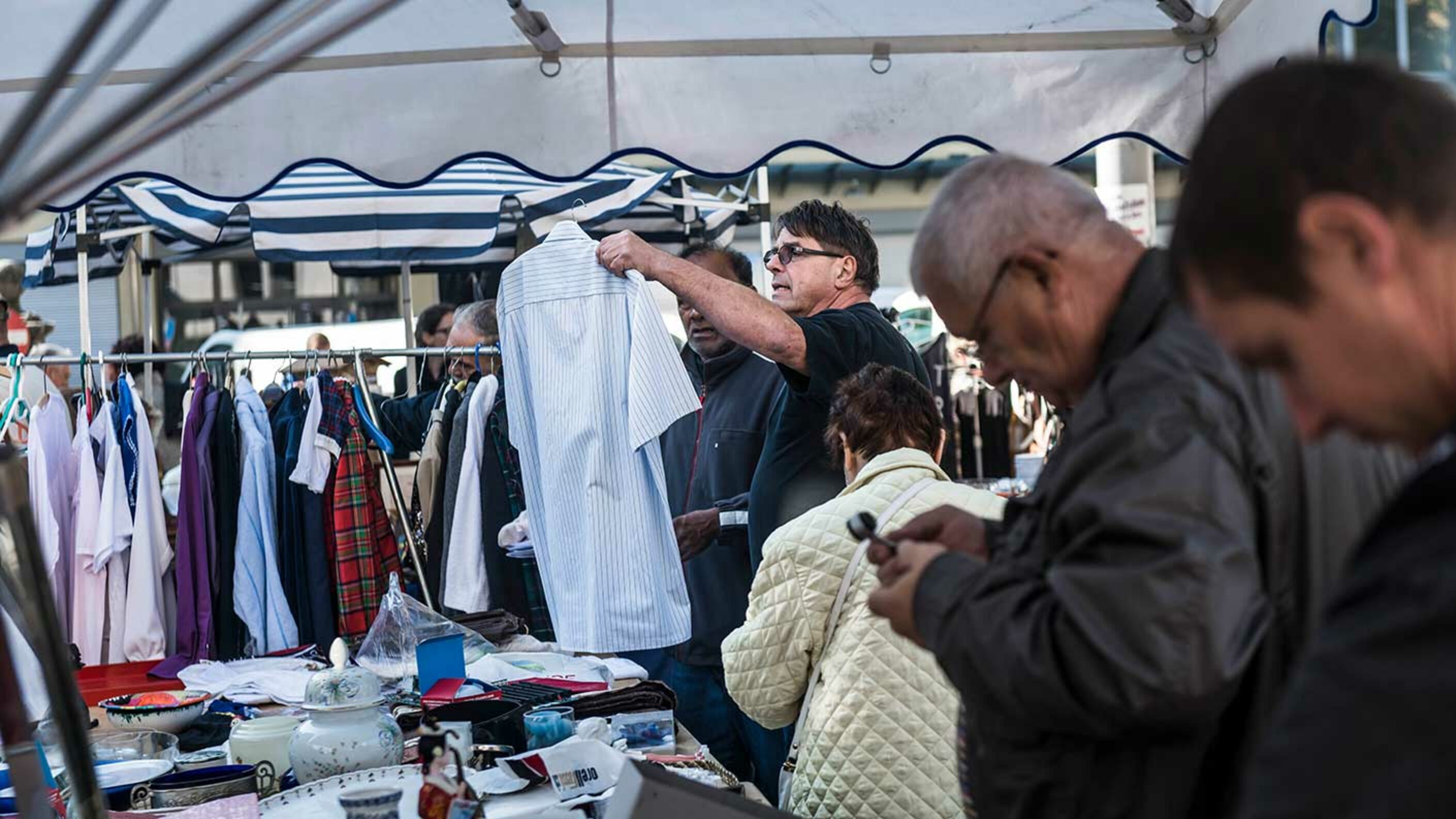 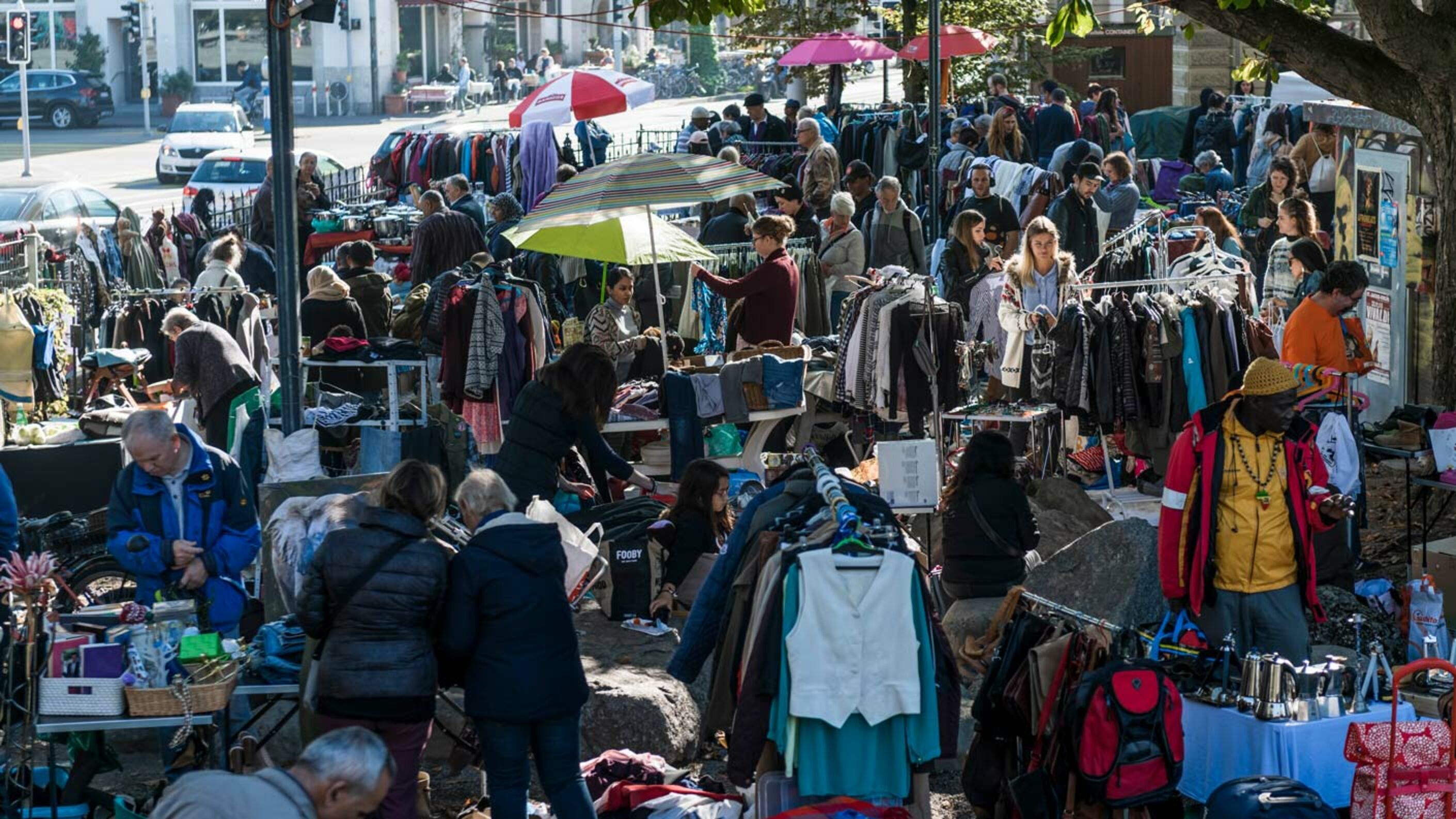 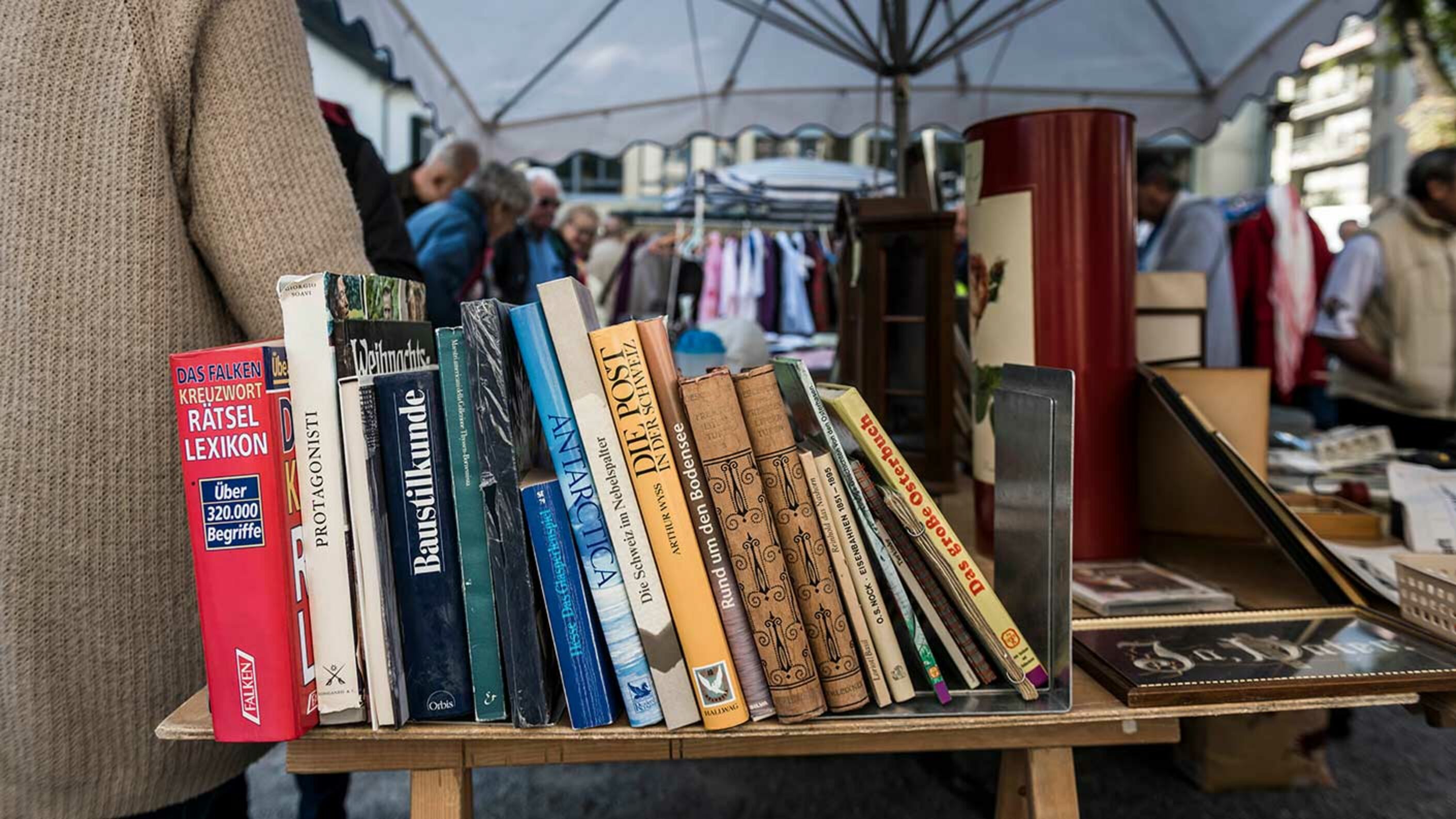 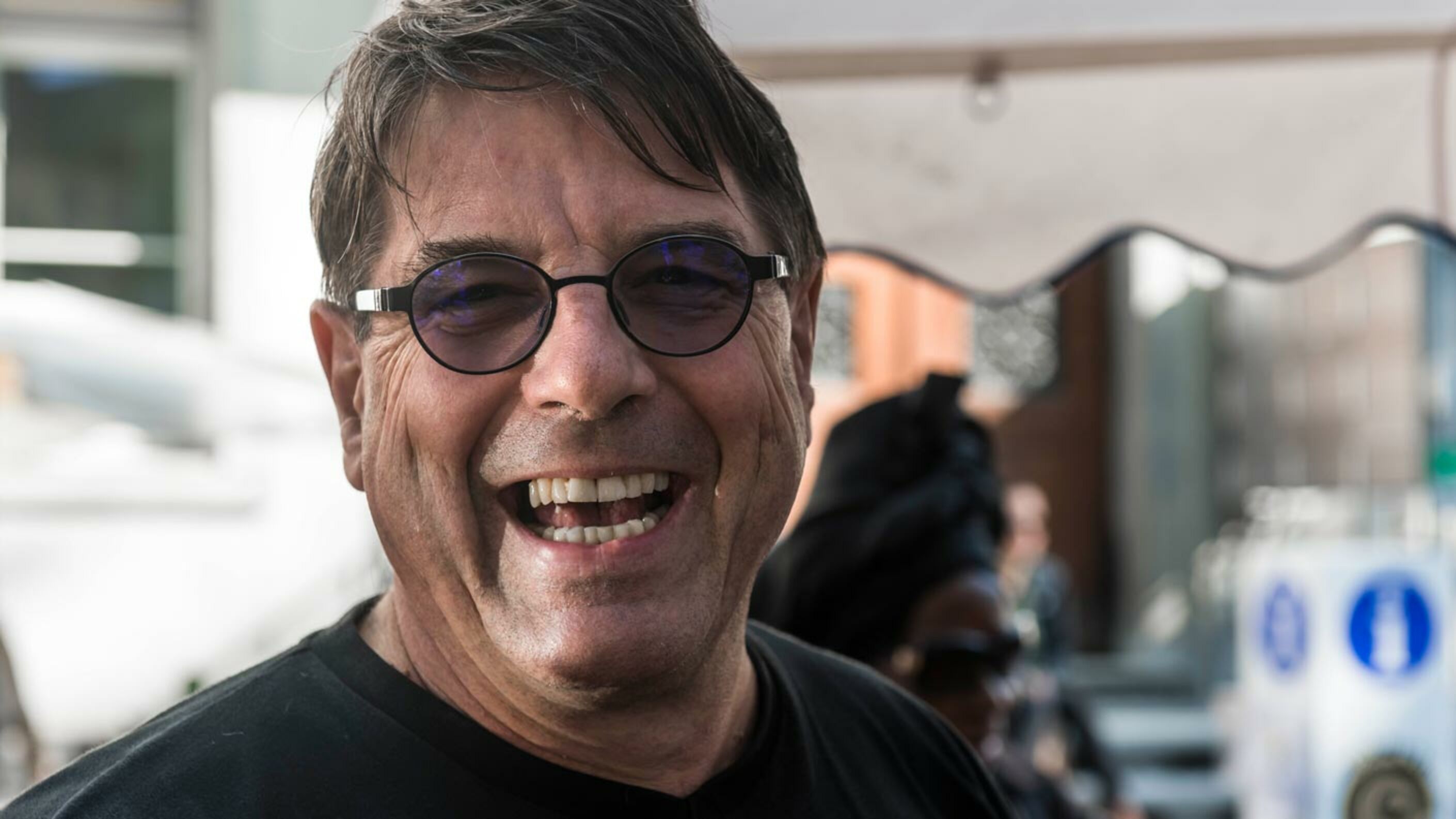 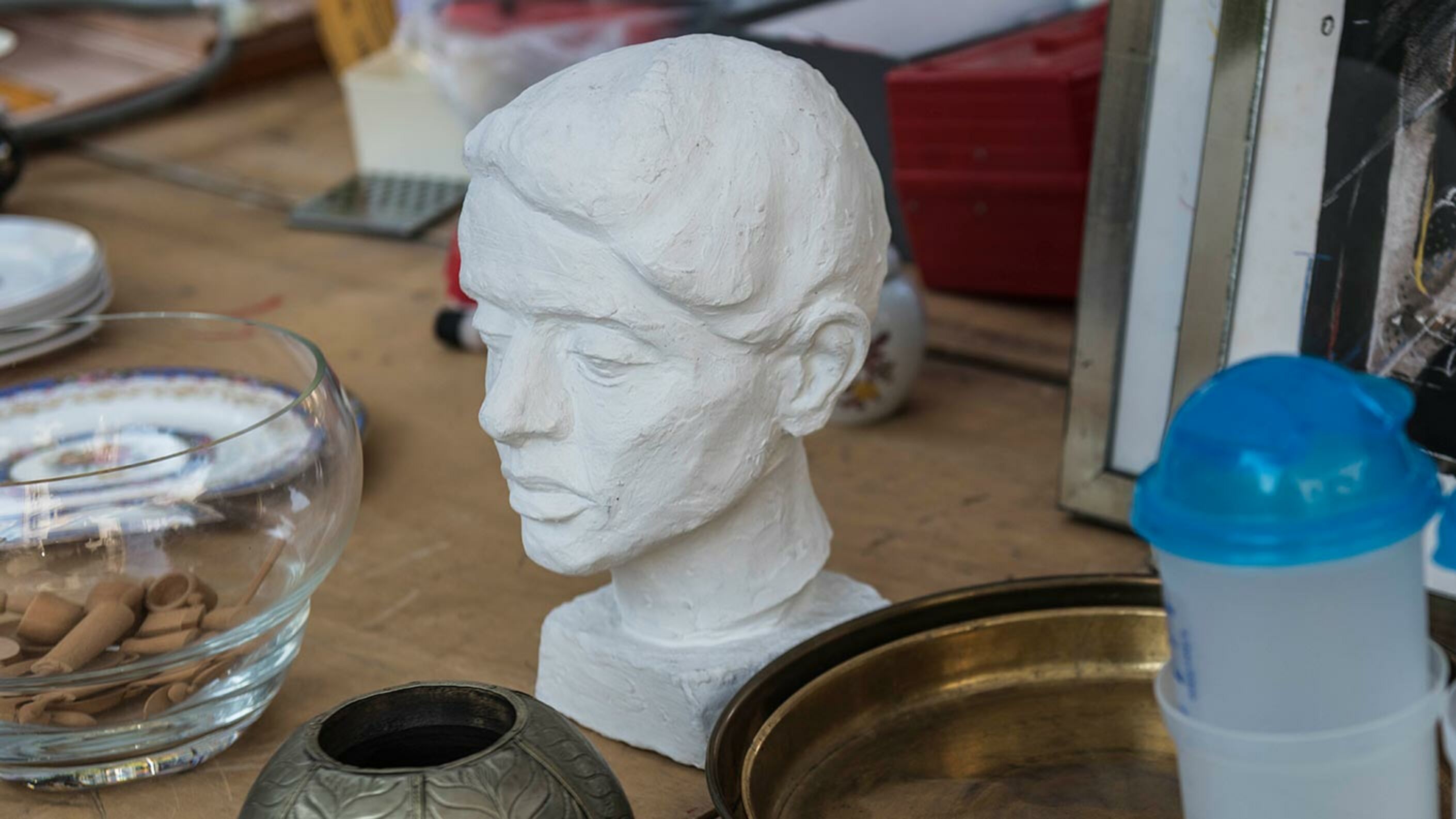 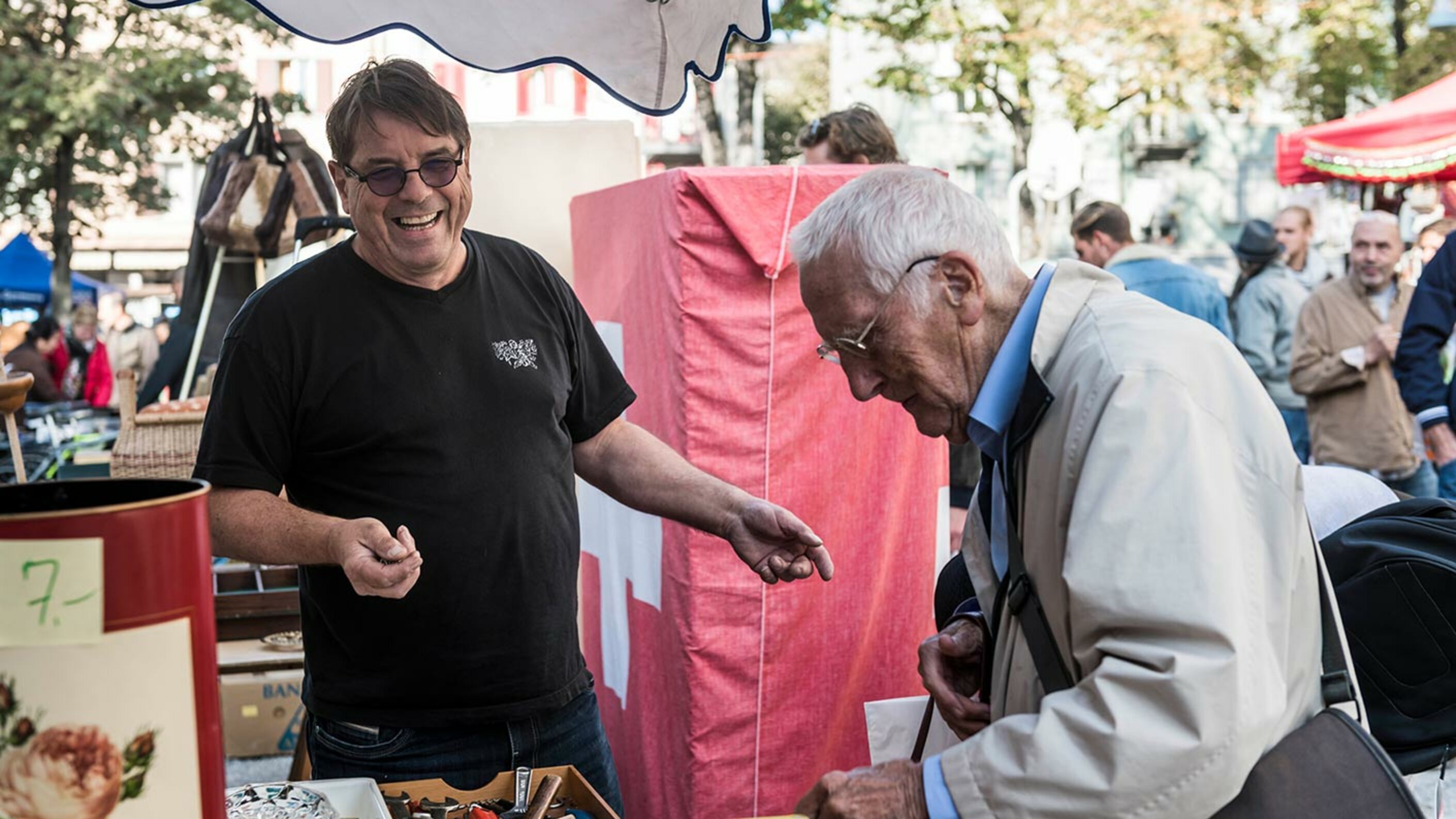 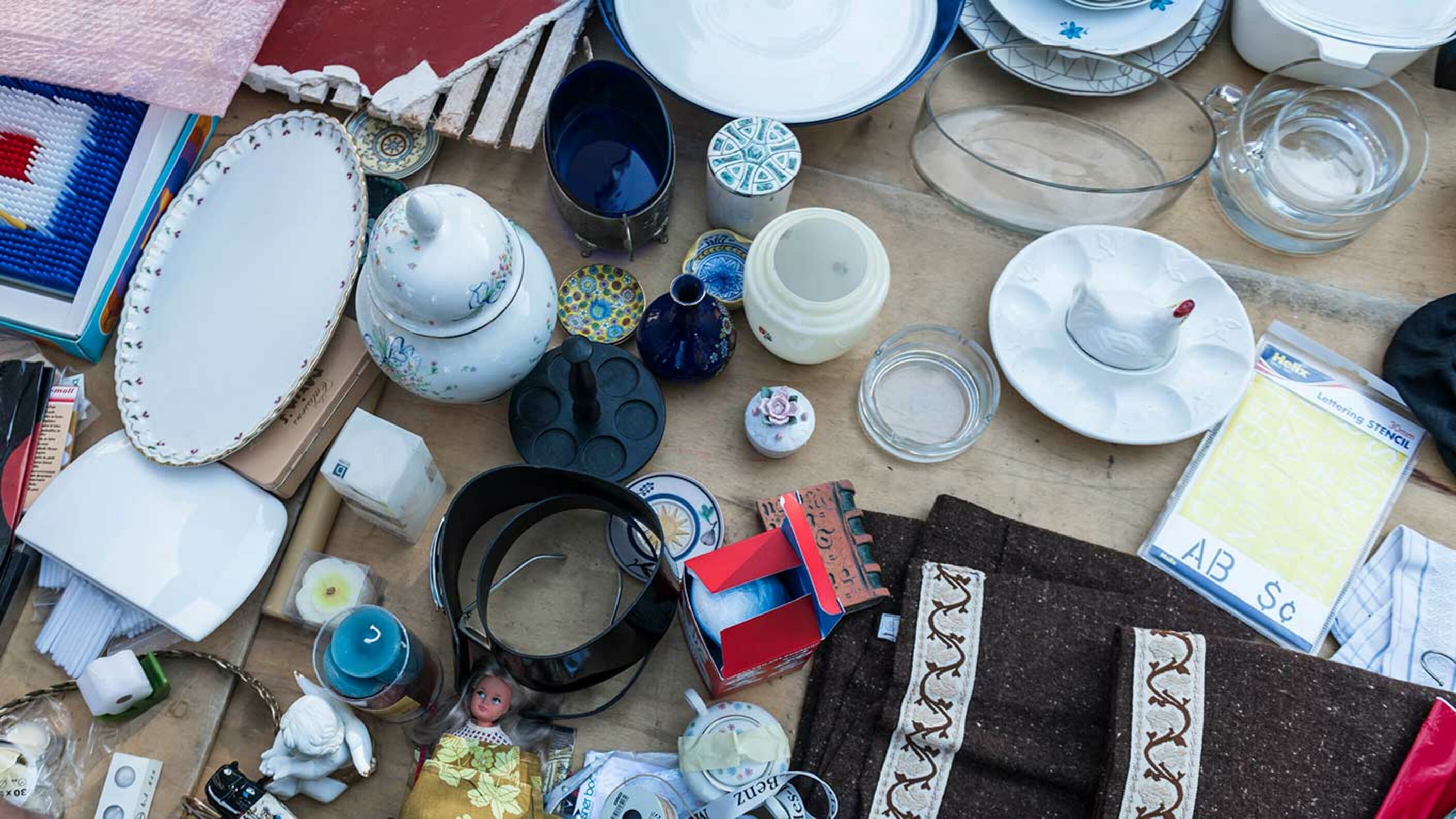 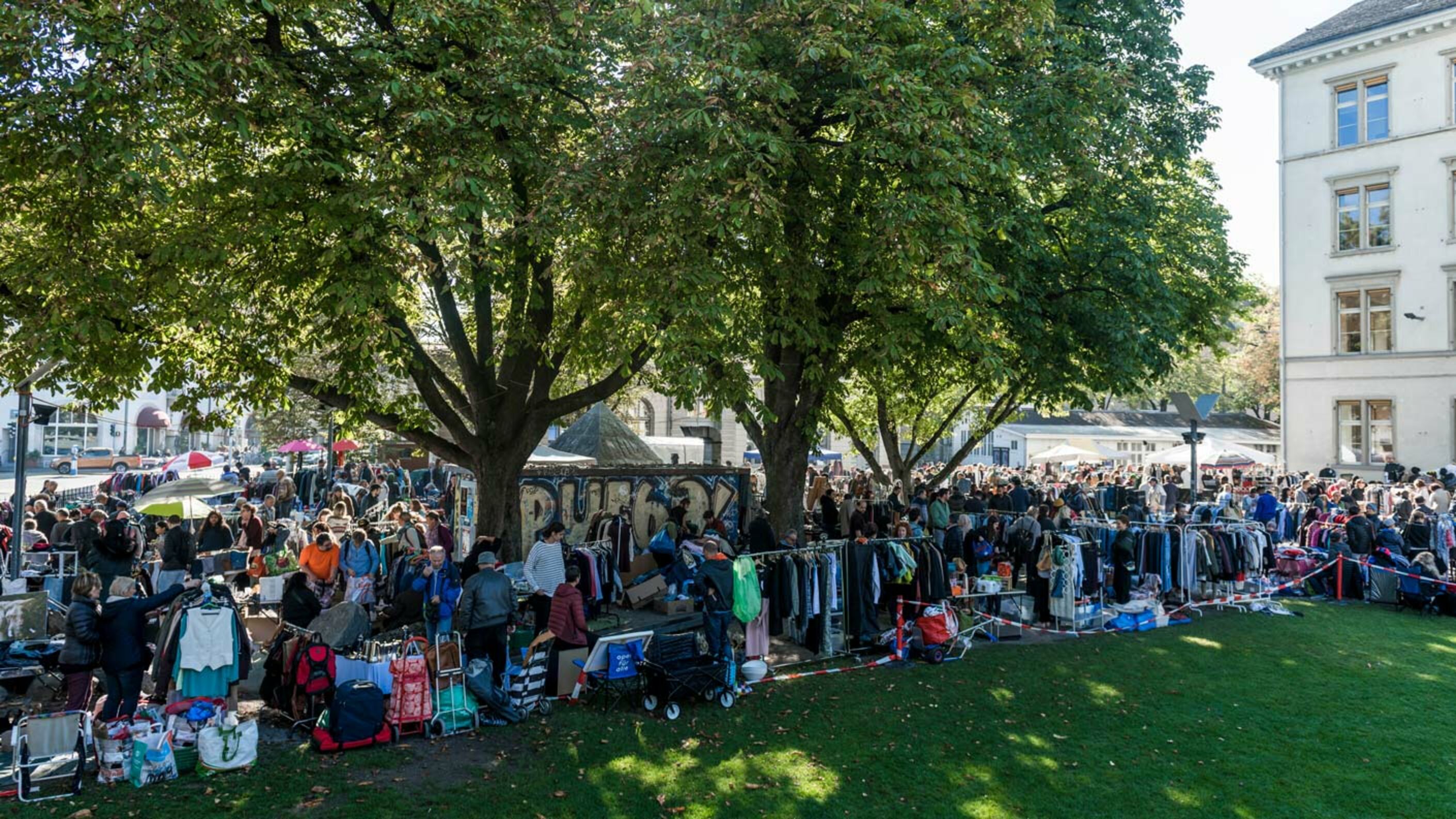 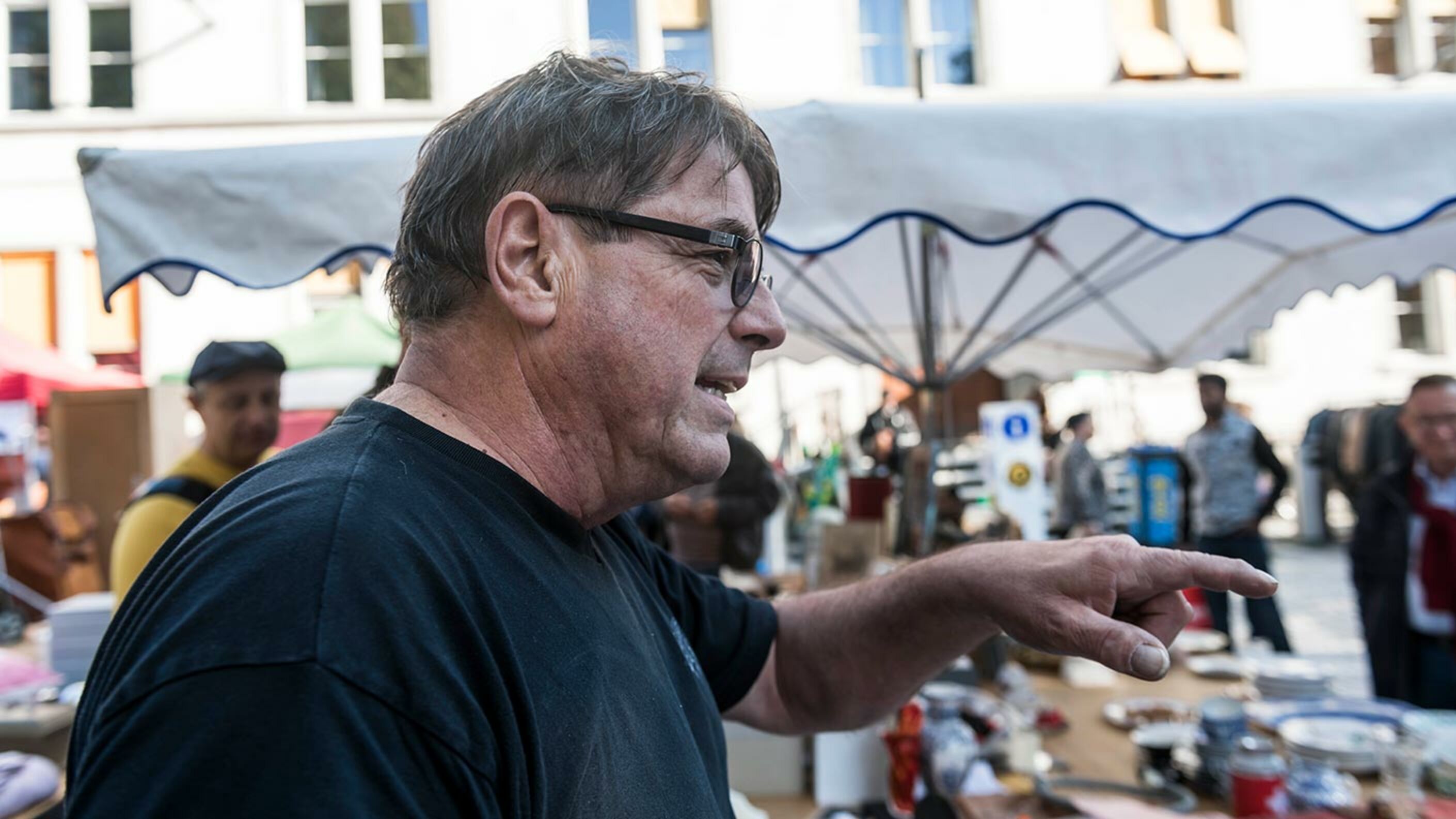 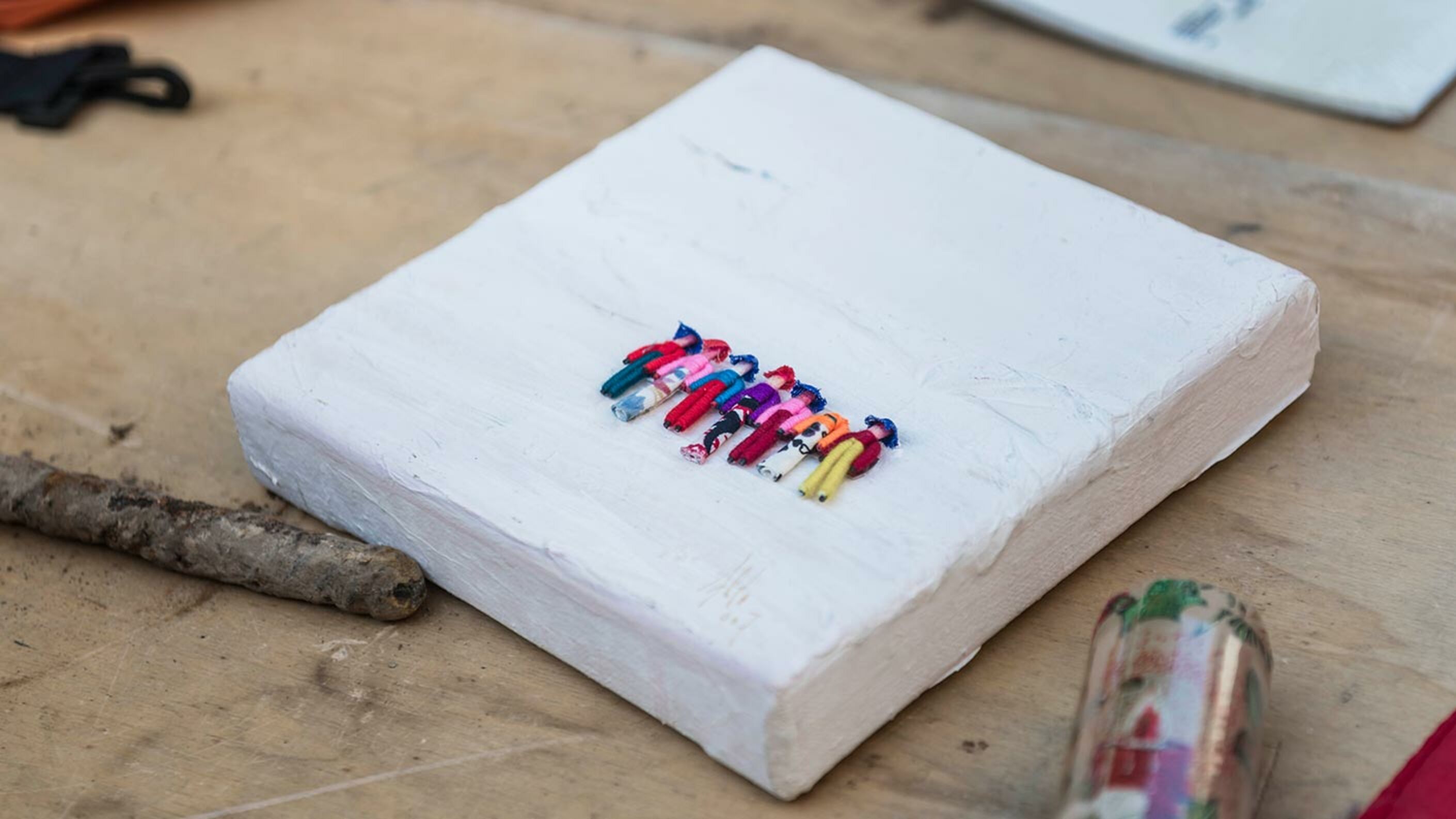 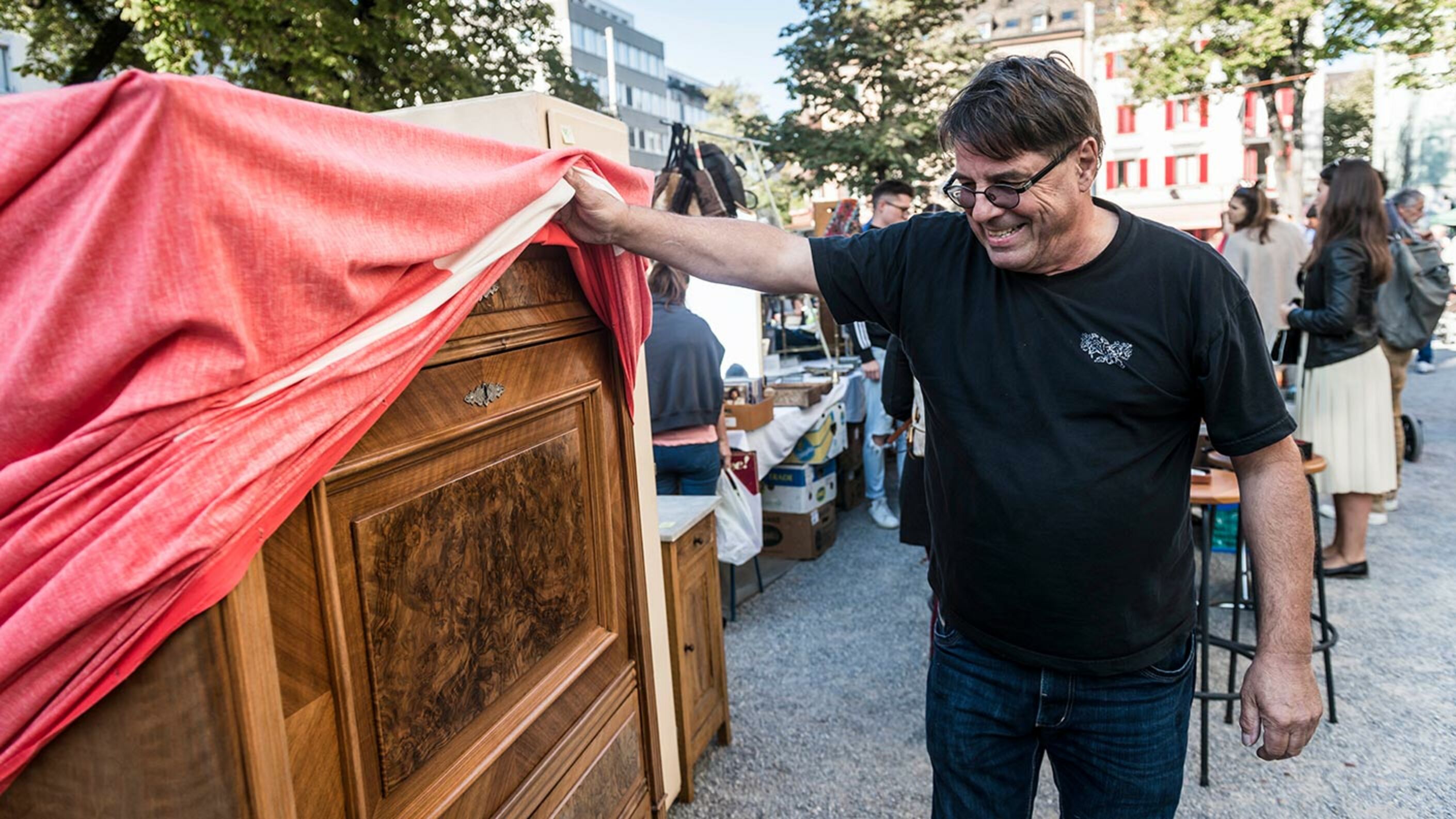 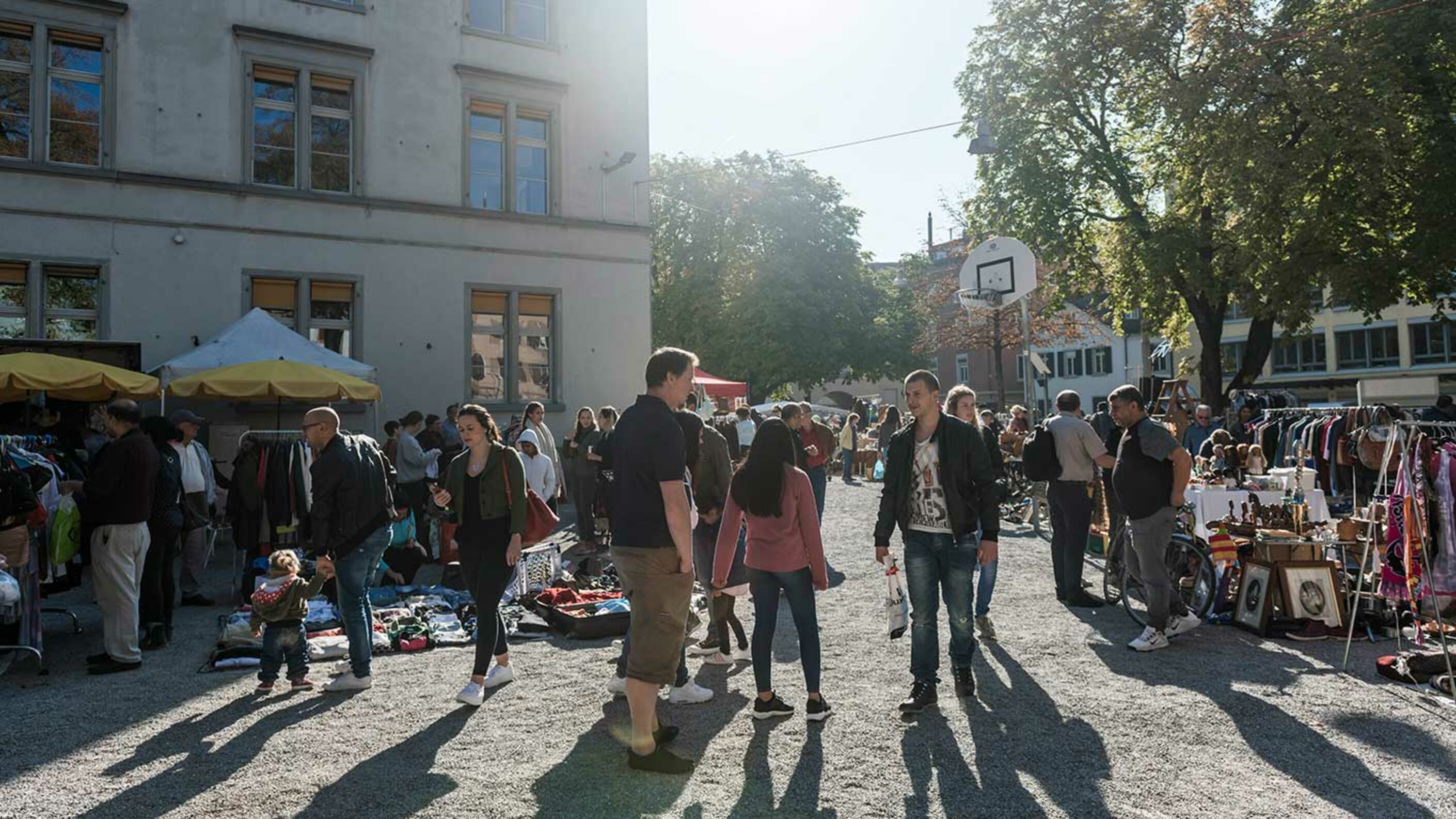 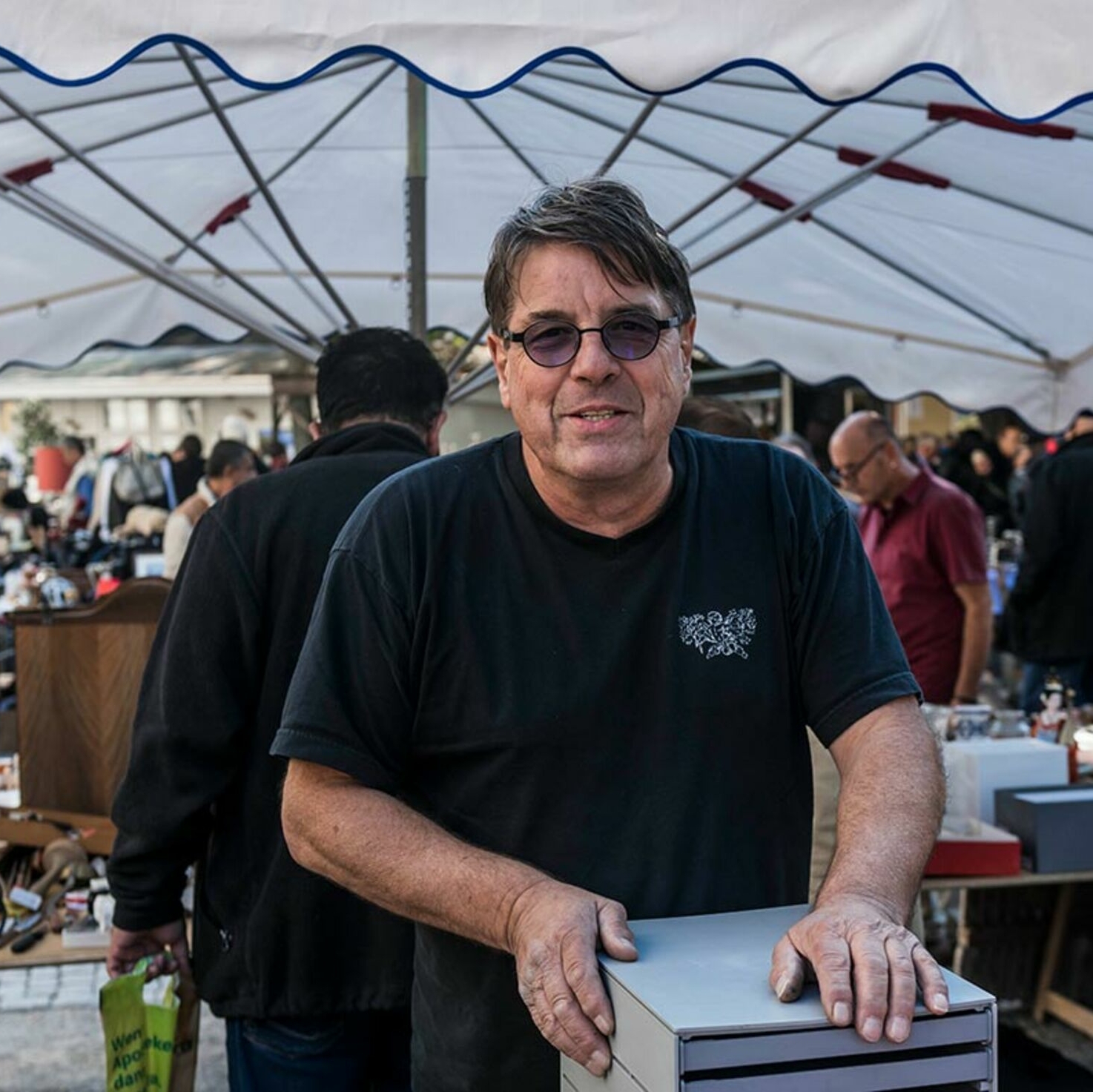 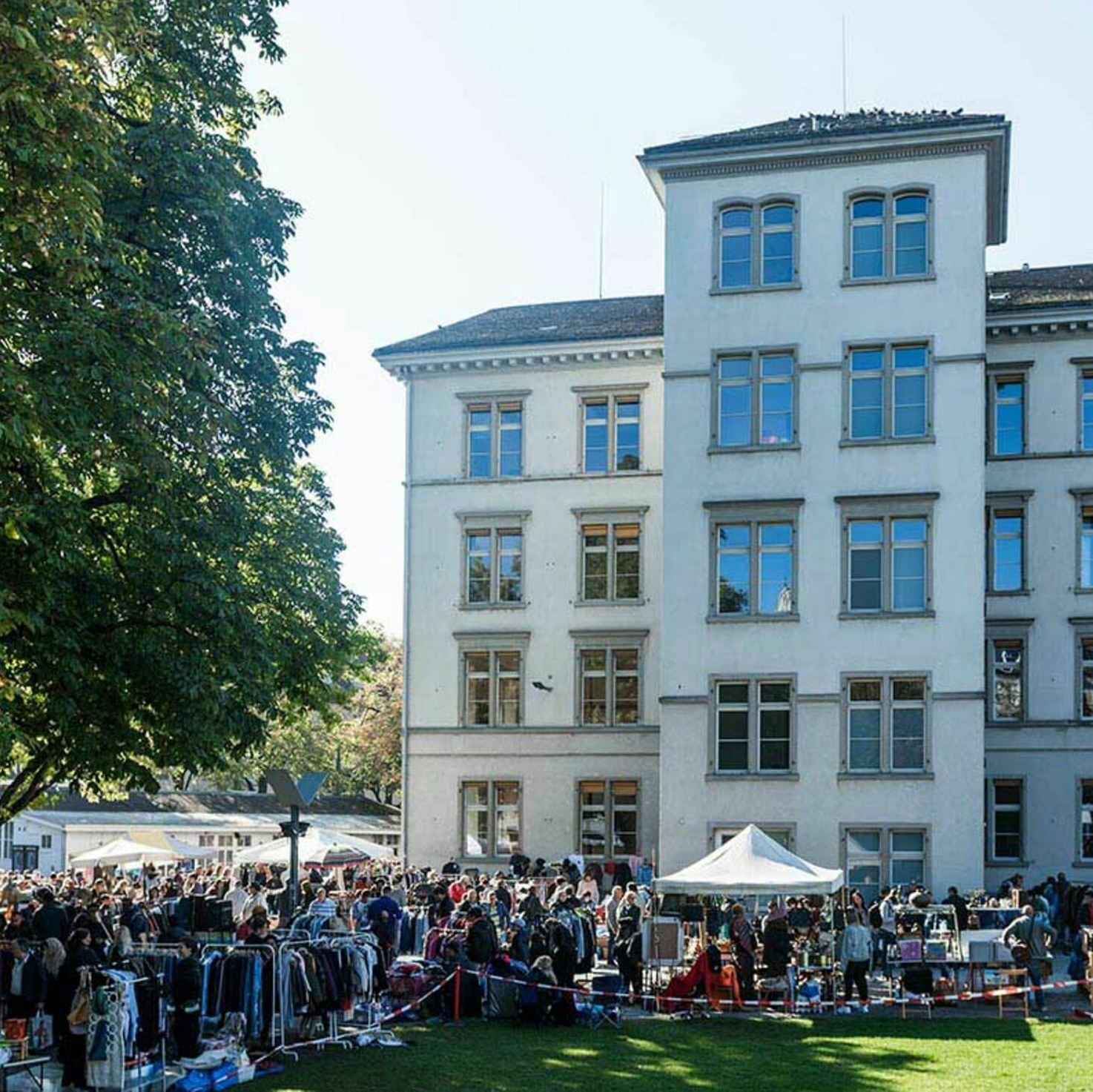 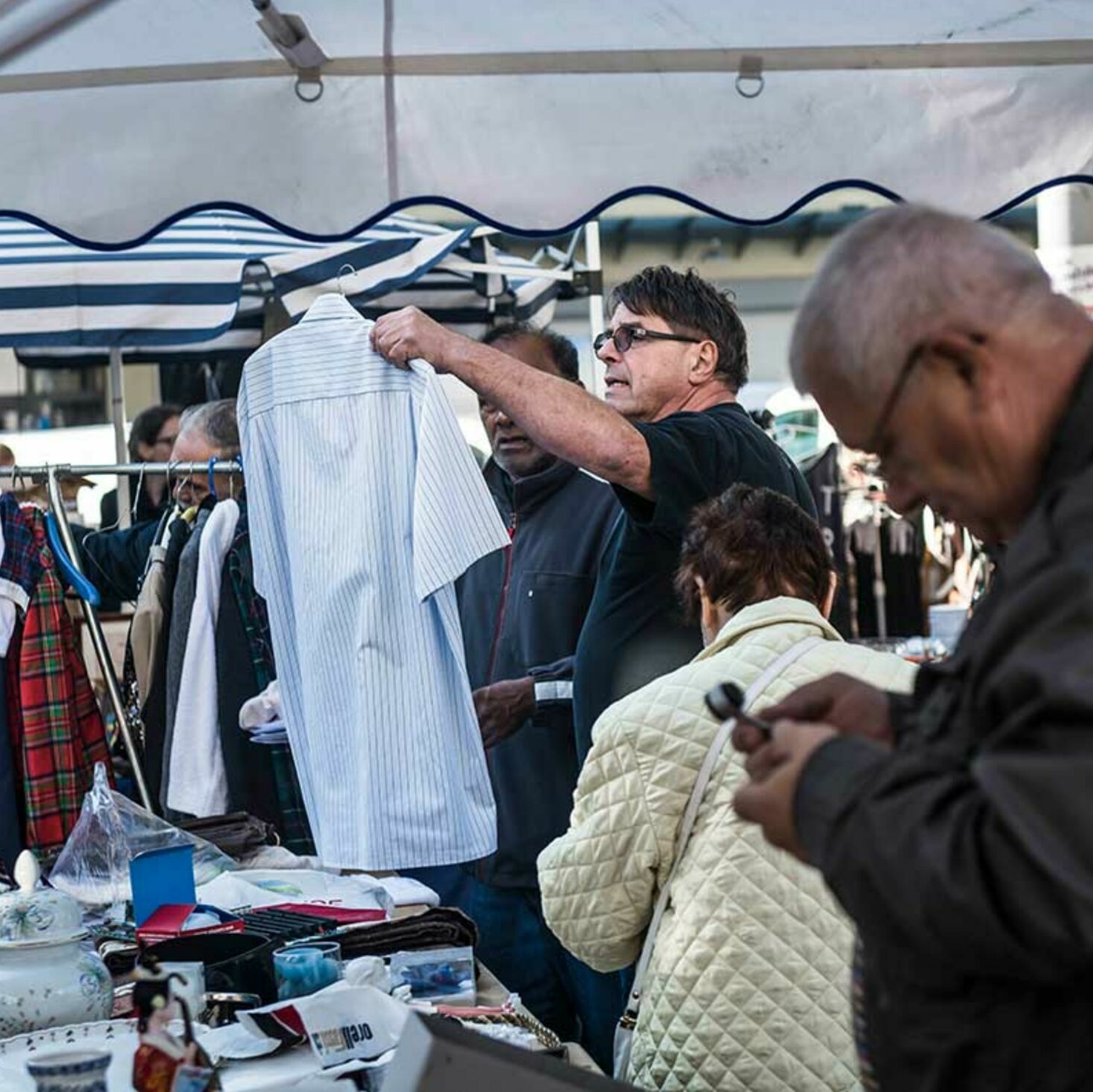 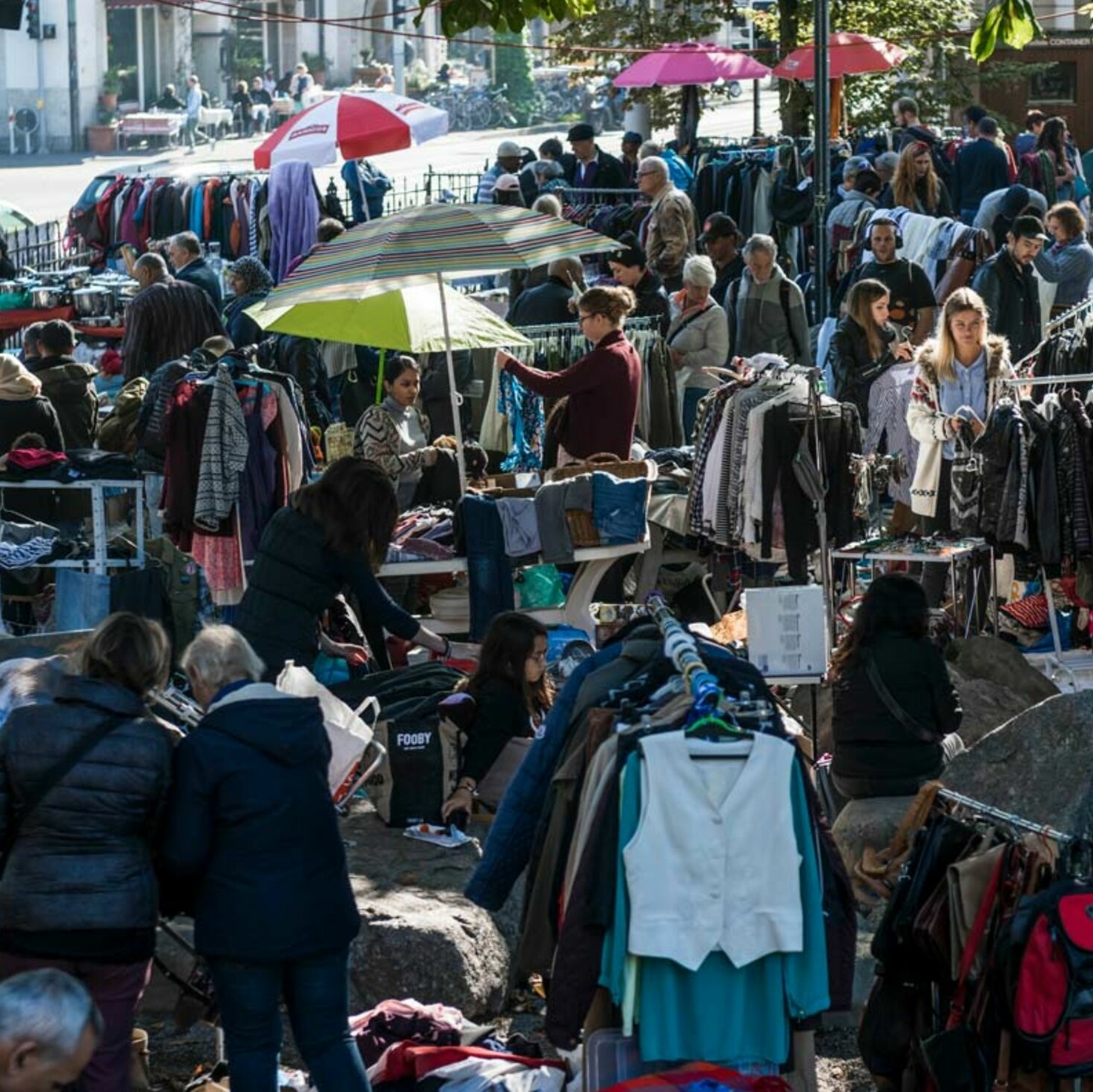 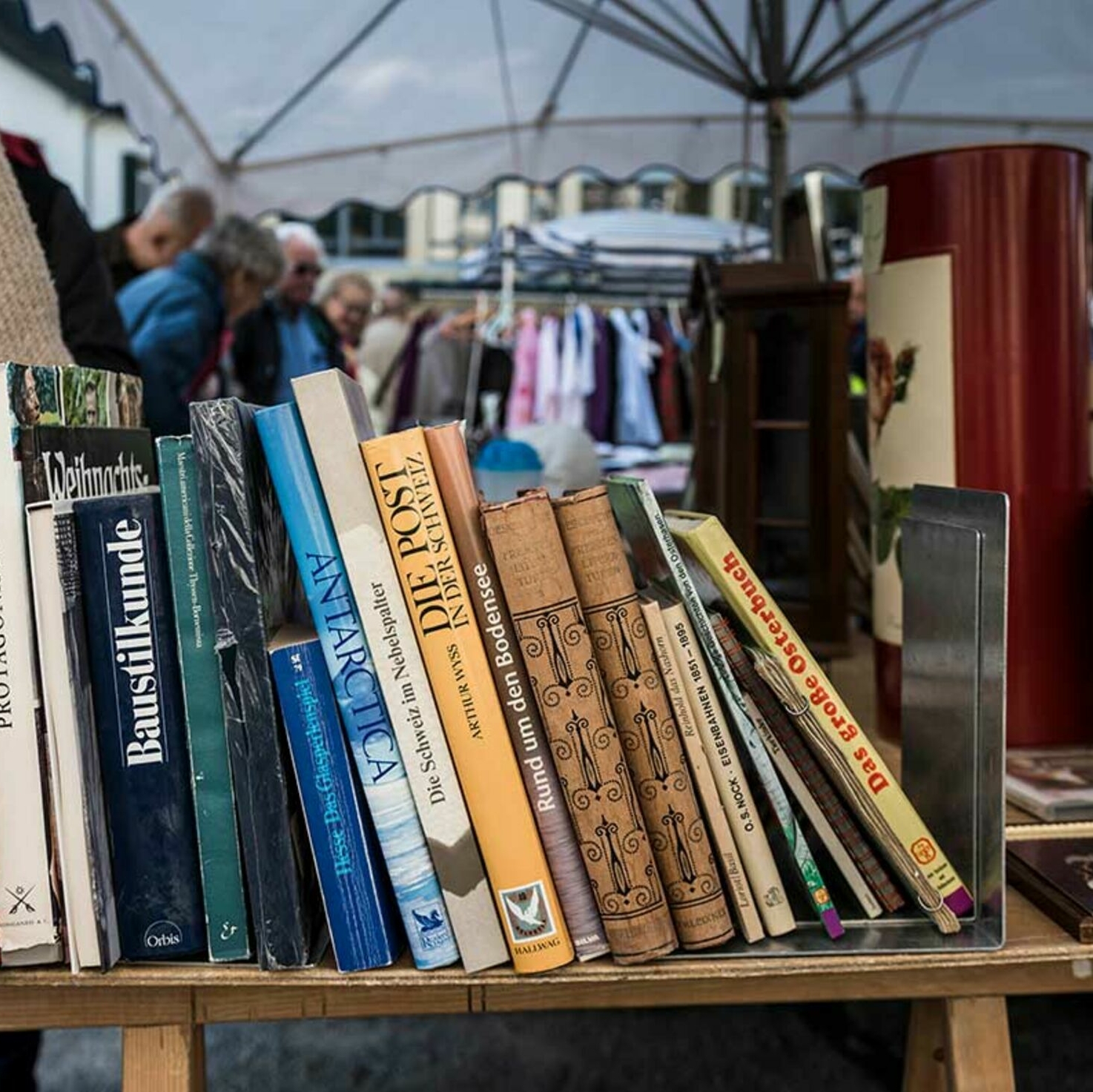 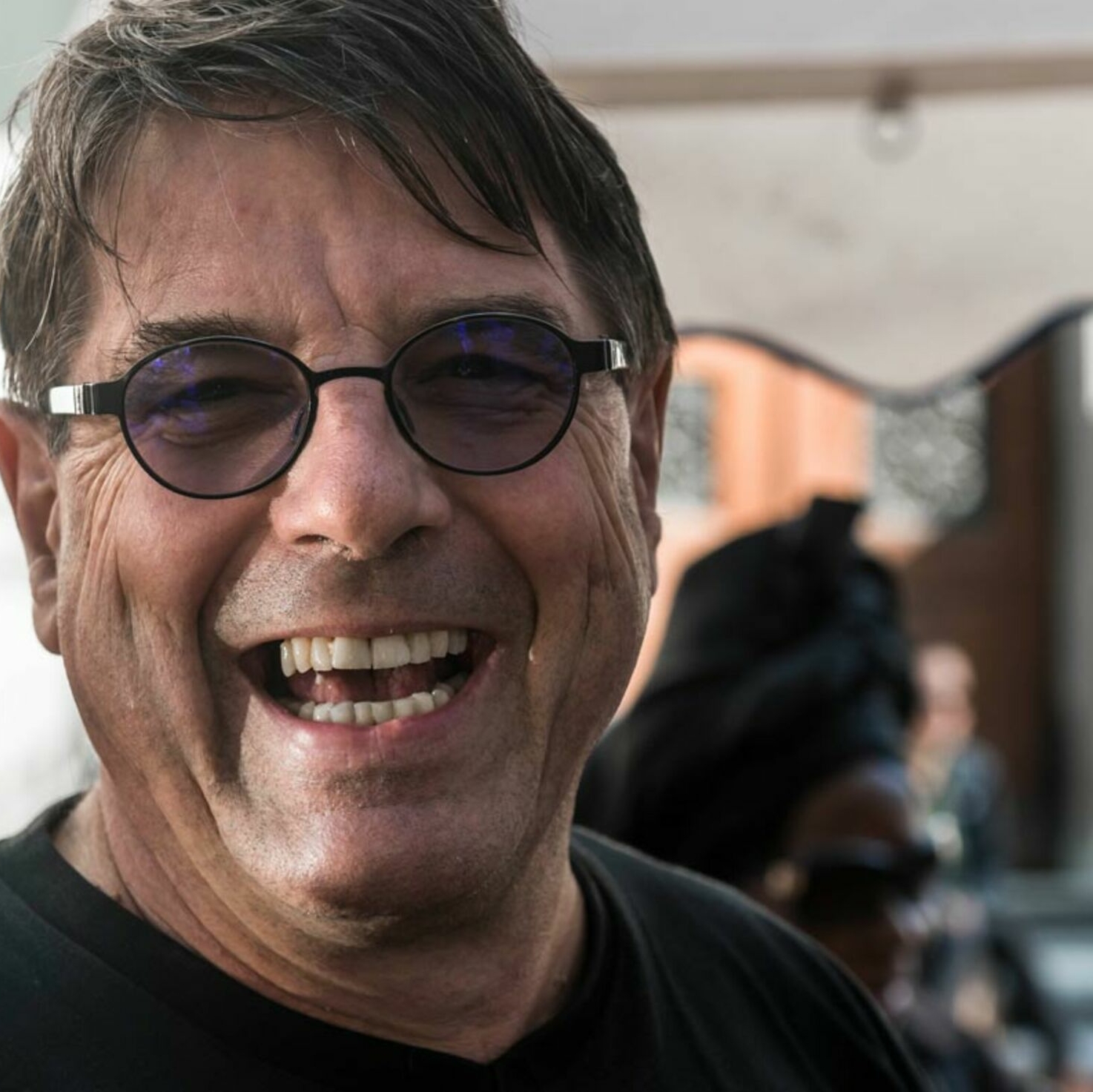 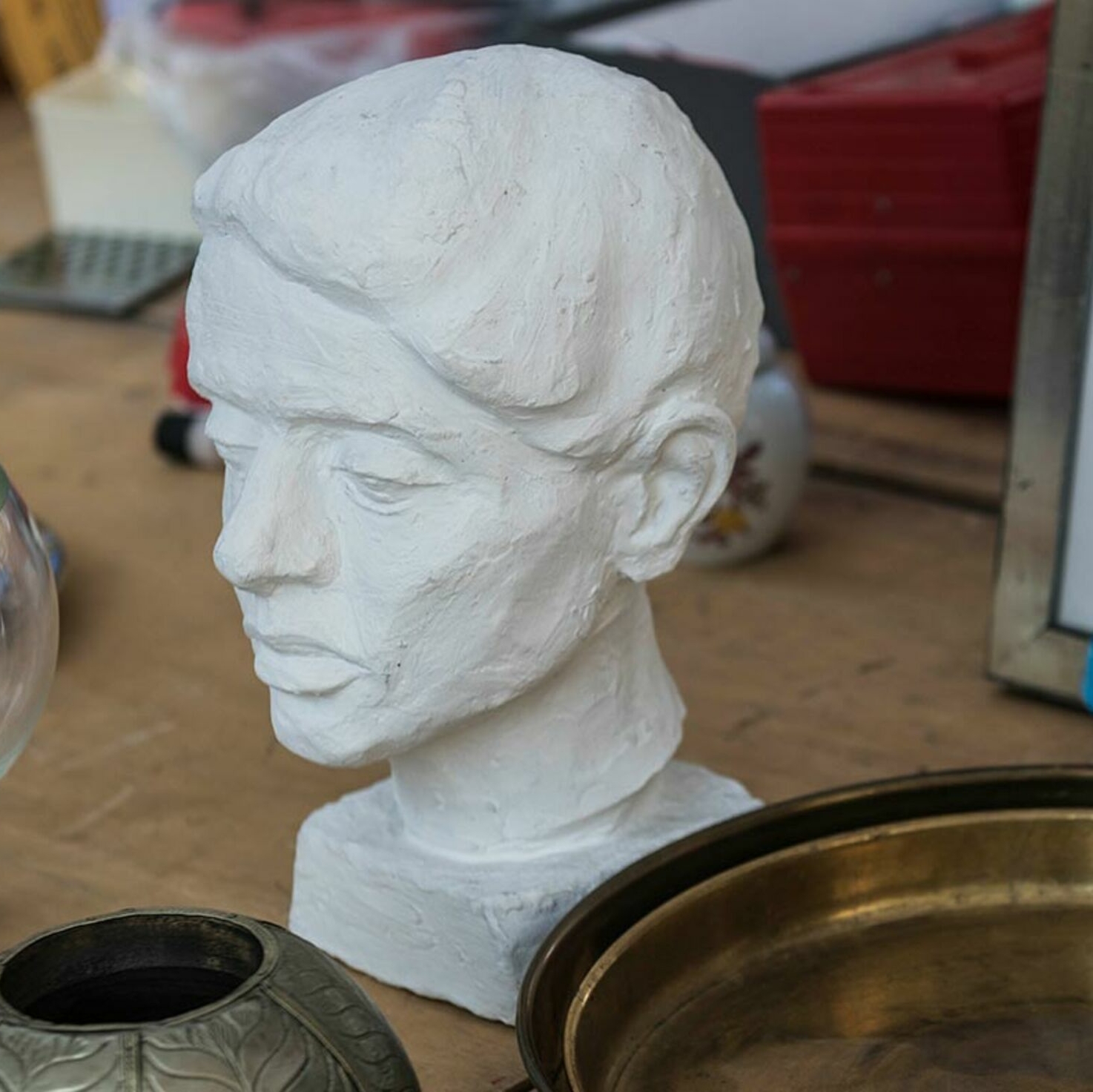 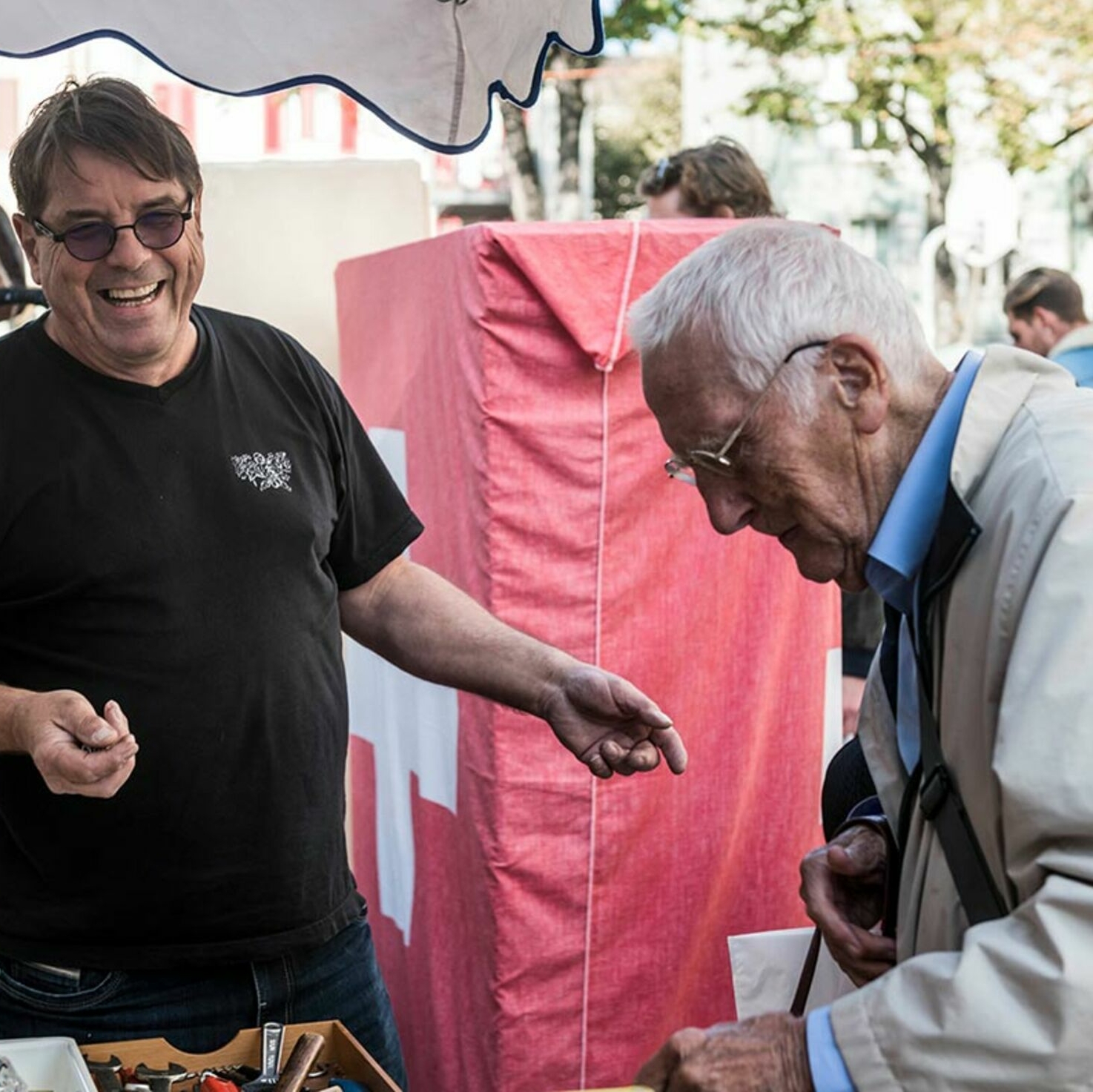 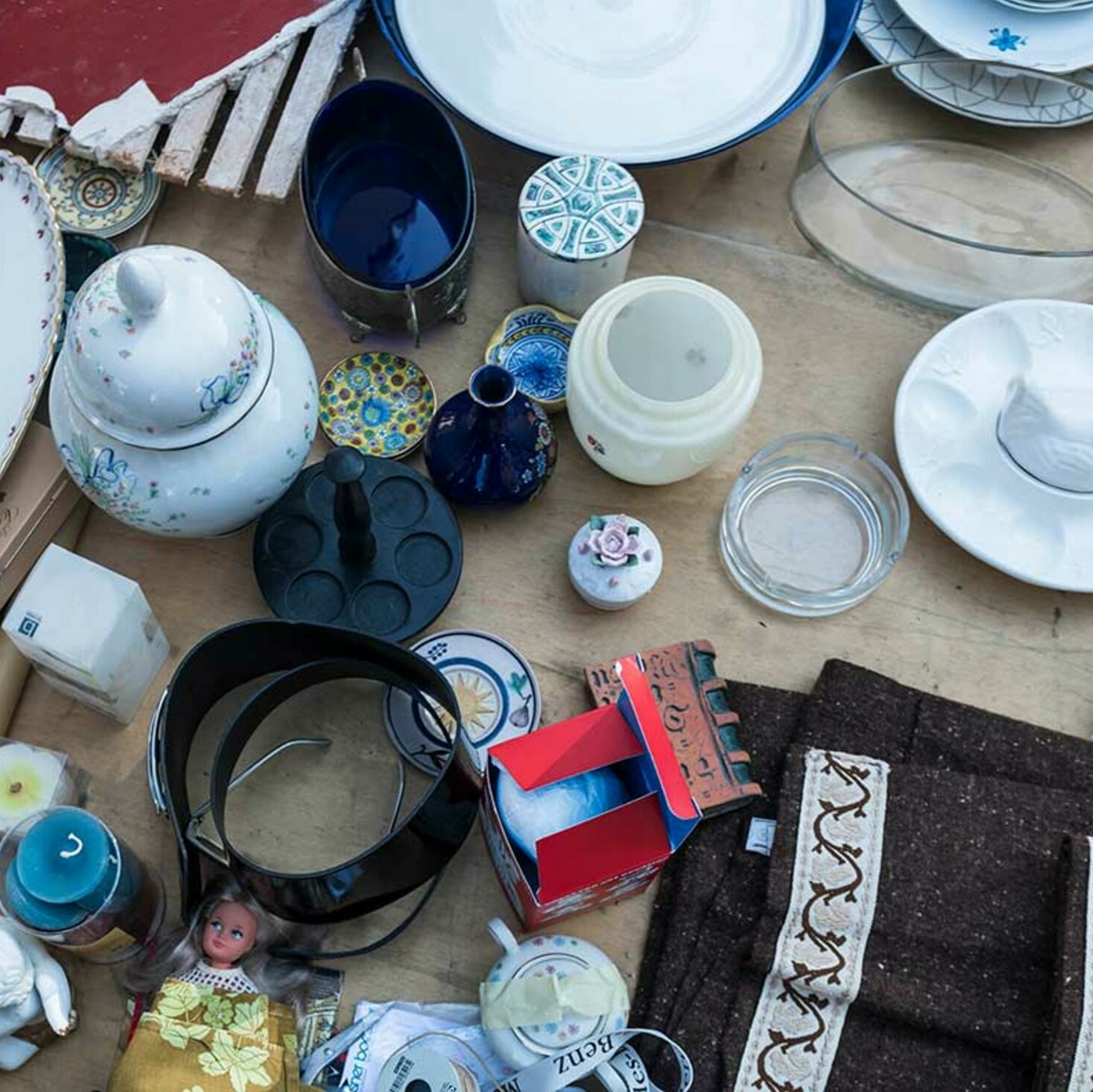 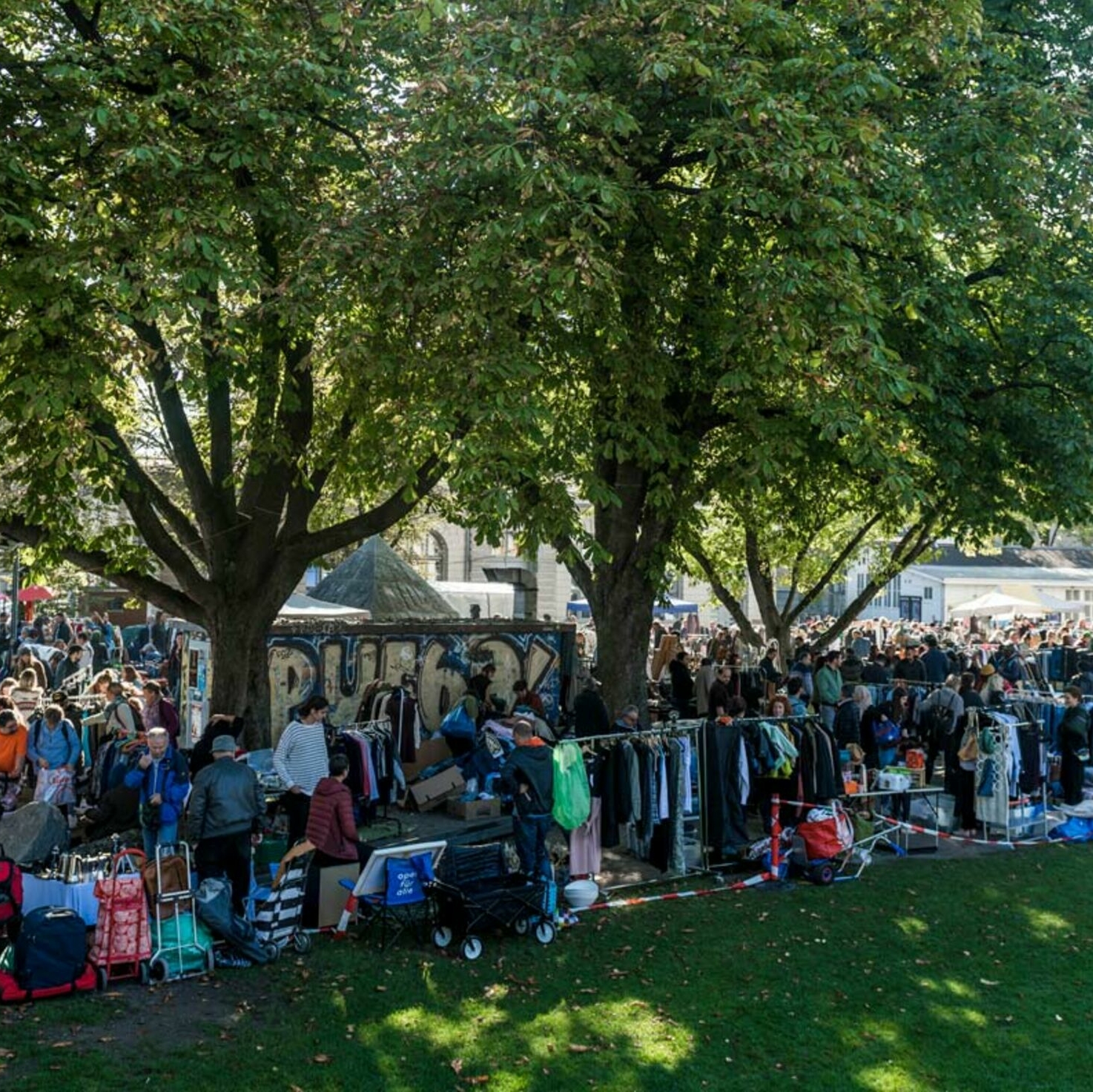 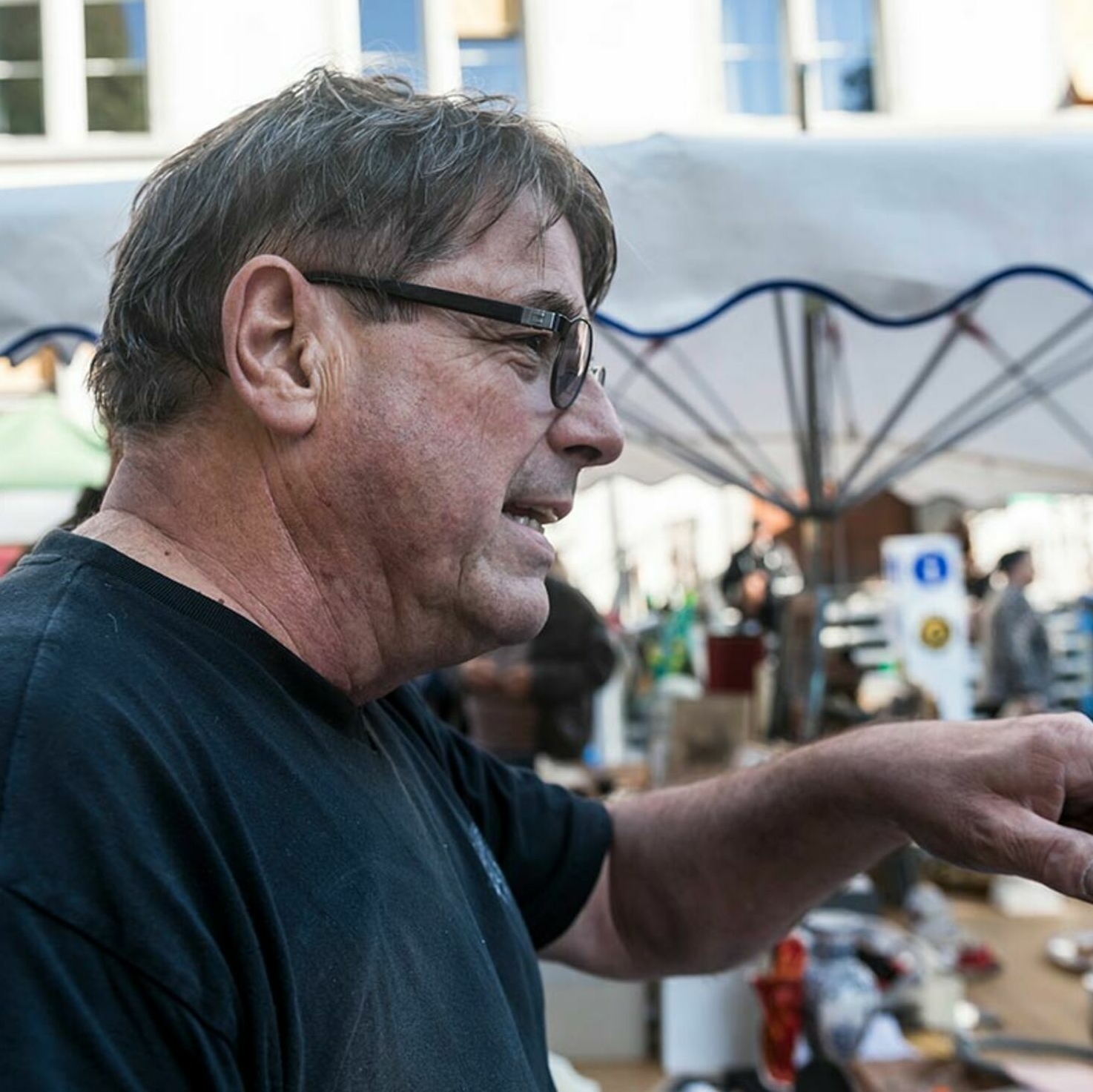 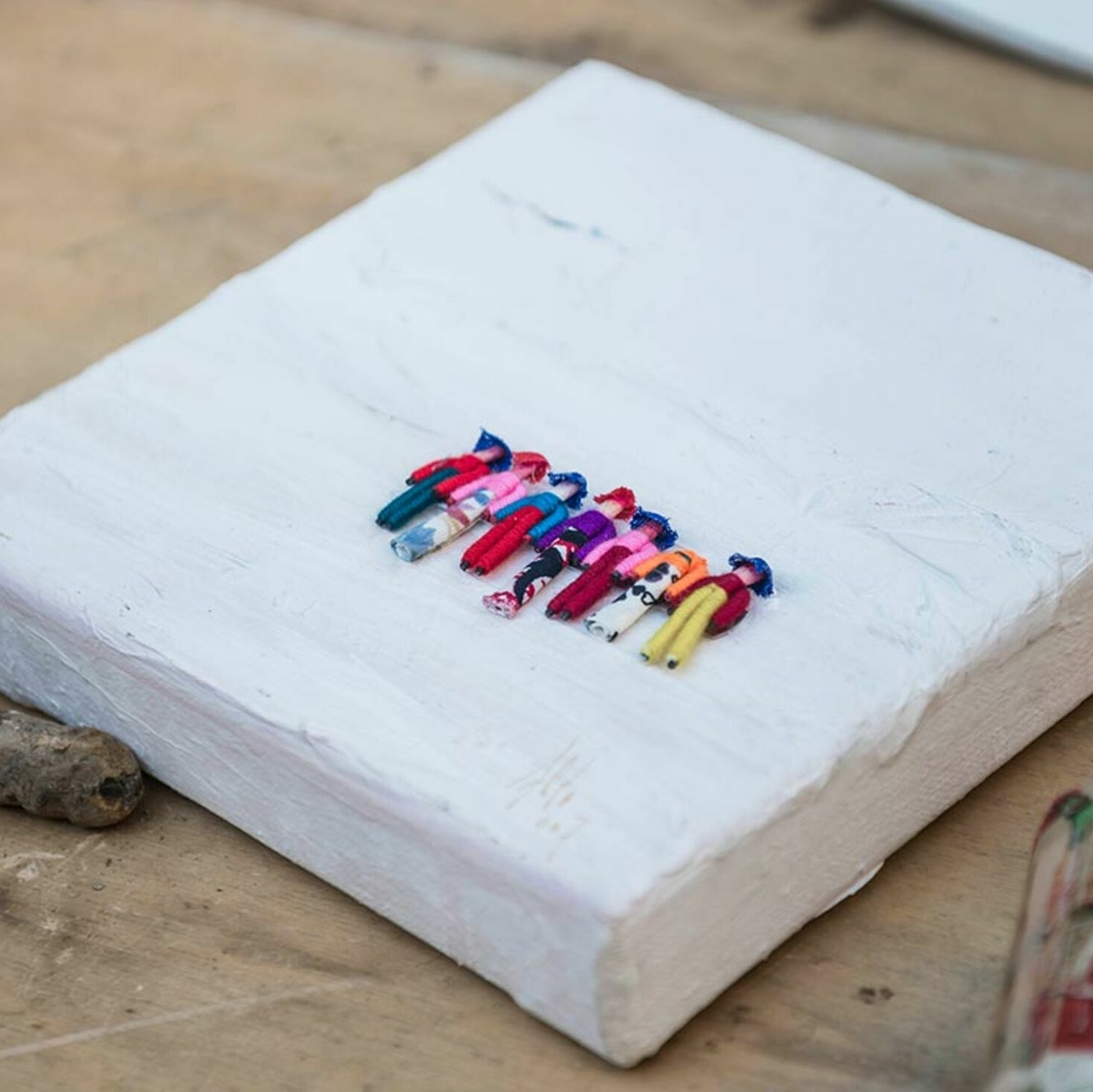 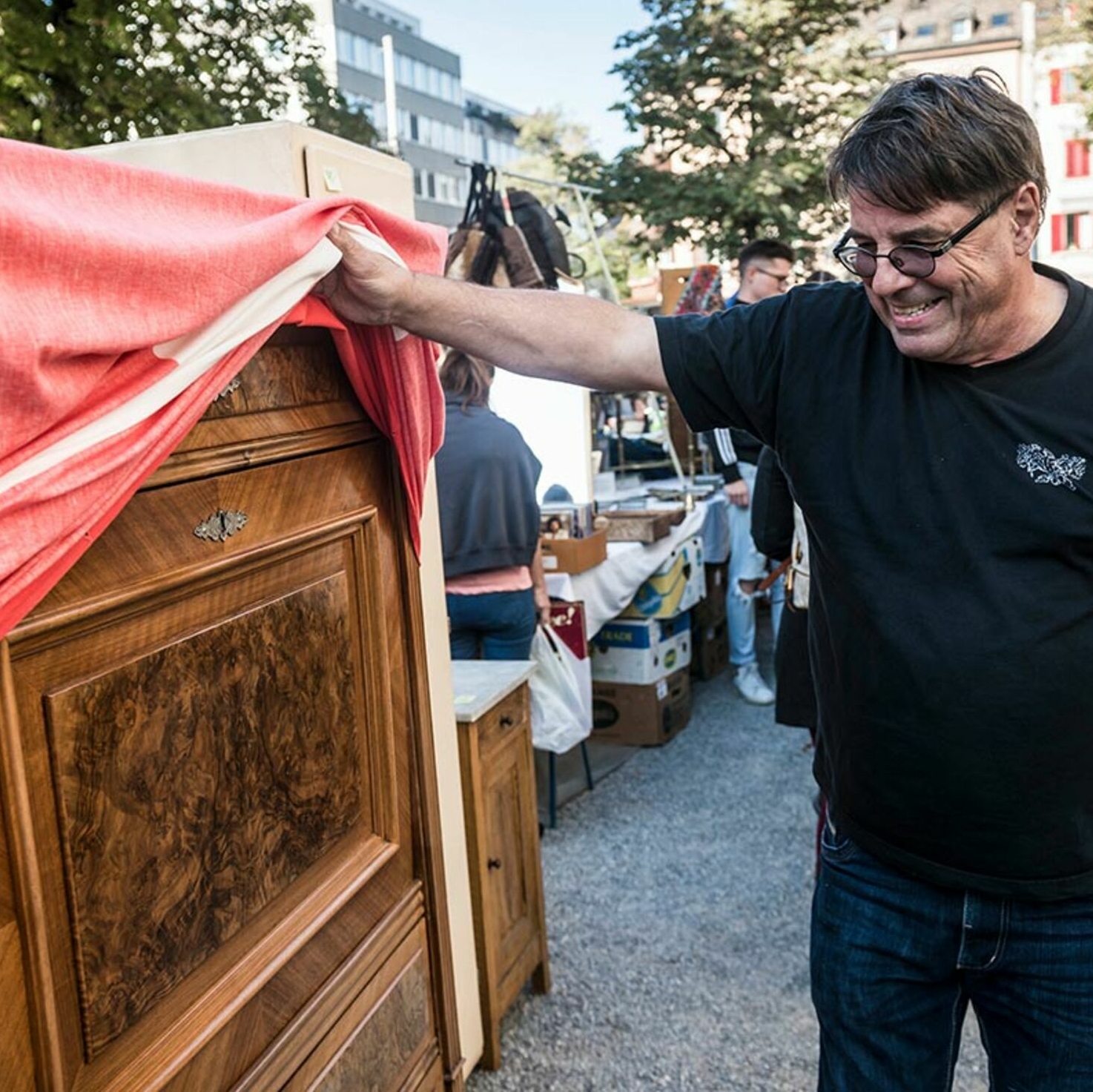 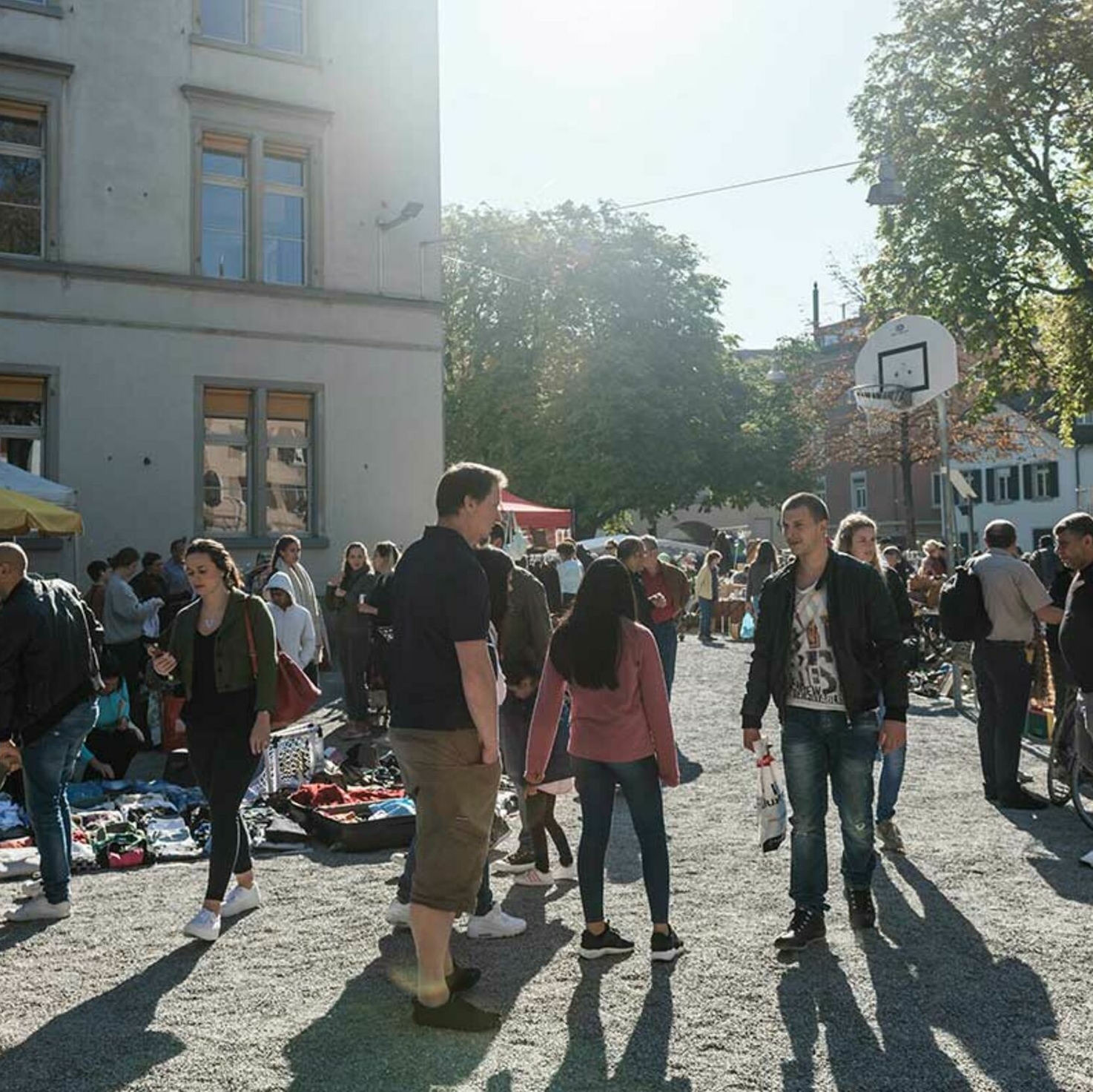 Herbert Kuster has been selling his wares at Kanzlei flea market every Saturday for more than twenty years.

Herbert Kuster is the president of the Kanzlei flea market association. ‘The flea market is very close to my heart,’ says Herbert. Little wonder, then, that he is so dedicated to it – and sets up his stand there week in, week out.

‘For me, a Saturday without a flea market isn’t a Saturday,’ says Herbert Kuster with a laugh. He started to sell things at the flea market as a student. ‘I needed the money, and I was captivated by old things.’ Even while working as a German and English teacher, he spent his free time at the flea market.

Around twenty years ago, Herbert was asked whether he might be interested in becoming the president of the Kanzlei flea market association. He jumped at the chance: ‘The flea market is very close to my heart. I would fight tooth and nail to save it if it ever came under threat.’ There are always other people who want to use the space on Kanzleiplatz on Saturdays. ‘It’s a prime location,’ admits Herbert. ‘But my credo is that a flea market can only work if it is held regularly and without exception.’

To counteract the threat of online marketplaces, Herbert spearheads special campaigns. ‘Visiting a flea market has to continue to be a unique experience.’ In that spirit, he organises small gigs and gives out free tea in winter. After browsing the goods, many visitors head to a café close by for something to drink. Others like to linger and talk to the traders. ‘The flea market fulfils a social function,’ says Herbert. ‘And it integrates people.’ People from more than fifty countries sell their wares at the flea market.

The market was held on Kanzleiplatz for the first time at the start of the 1980s.

The market was held on Kanzleiplatz for the first time at the start of the 1980s. ‘Things could get pretty raucous in those days,’ recalls Herbert. Now, the flea market association is responsible for keeping things civilised and making sure the stands are well stocked. ‘The traders I like best are those who sell a little bit of everything,’ says Herbert. Selling new products is not permitted: ‘That’s a rule we strictly enforce.’ Many of the traders have an annual pass, while others only turn up at the market on selected Saturdays. Between 200 and 250 stands are usually set up each week.

Autumn and spring are the main seasons. ‘That’s when it’s pleasant to be outside,’ says Herbert, who runs his own stand every Saturday. He puts up parasols to protect himself against the heat. ‘But it can get blisteringly hot anyway.’ He’s less concerned about the cold – ‘I just make sure I wrap up warm.’

Autumn and spring are the main seasons. ‘That’s when it’s pleasant to be outside,’ says Herbert, who runs his own stand every Saturday

Herbert transports around 40 boxes to Kanzleiplatz every Saturday. He has to leave his home in Höngg just before 1 am to make sure he gets a parking space that isn’t too far away from his stand. ‘Once I get there, I nap for a couple of hours in the car.’ He sets up his stand at 6 am, and the flea market opens at seven. A few people who run vintage stores in Zurich are already waiting. ‘They point at the things they’re especially interested in,’ explains Herbert, and laughs. ‘But they aren't allowed in before the market opens.’

The other traders put up their stands in the early hours of the morning too. ‘The second wave of visitors arrives between 9:30 and 10 am. He is on friendly terms with many of people who come to the market. ‘The stories I could tell about them!’ As a former teacher, he has a good memory: ‘In this job, too, I have to make a mental note of the people and their tastes.’ Regular customers are entitled to an additional discount from time to time.

It used to make Herbert angry when visitors would aggressively haggle for a much lower price. ‘These days I’m more relaxed about it. I simply say: I’m sorry, but that’s not what we do here.’ Still, he says he likes to negotiate. ‘But be original about it – and don’t take too long. After all, my aim is to sell things.’

Herbert whistles twice shortly after 2 pm. ‘Everything here is free,’ he says, pointing to a collection of items laid out across two tables. People immediately crowd around. ‘I don’t bring the same item to sell at the market more than twice,’ says Herbert. If he doesn’t manage to sell something over the course of two Saturdays, he gives it away. ‘People like my stand, because I always have new stock.’ He’s one of the first to pack up: ‘It’s a marathon.’ And so he calls it a day at 3 pm.

The flea market takes place regardless of the weather.