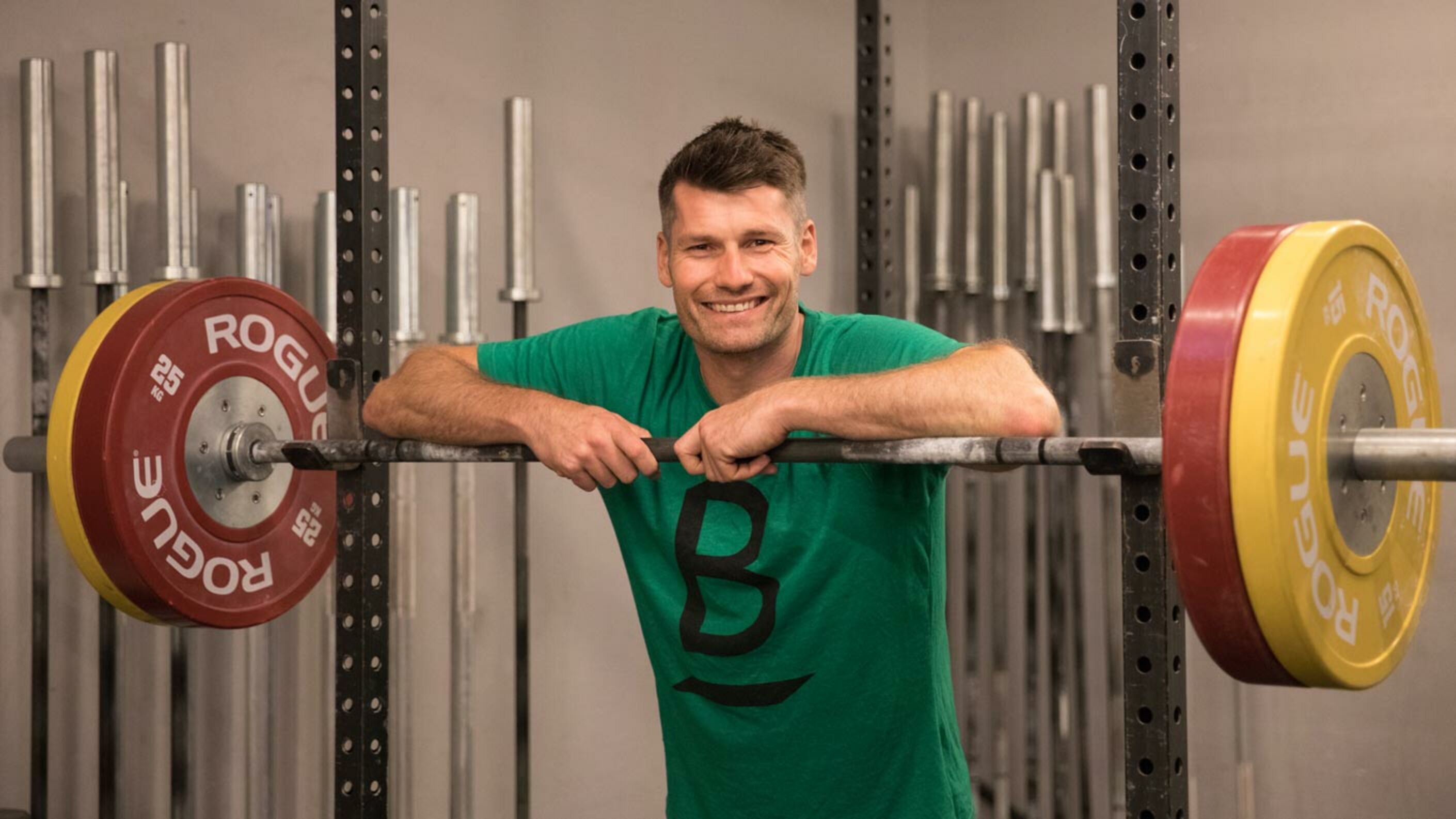 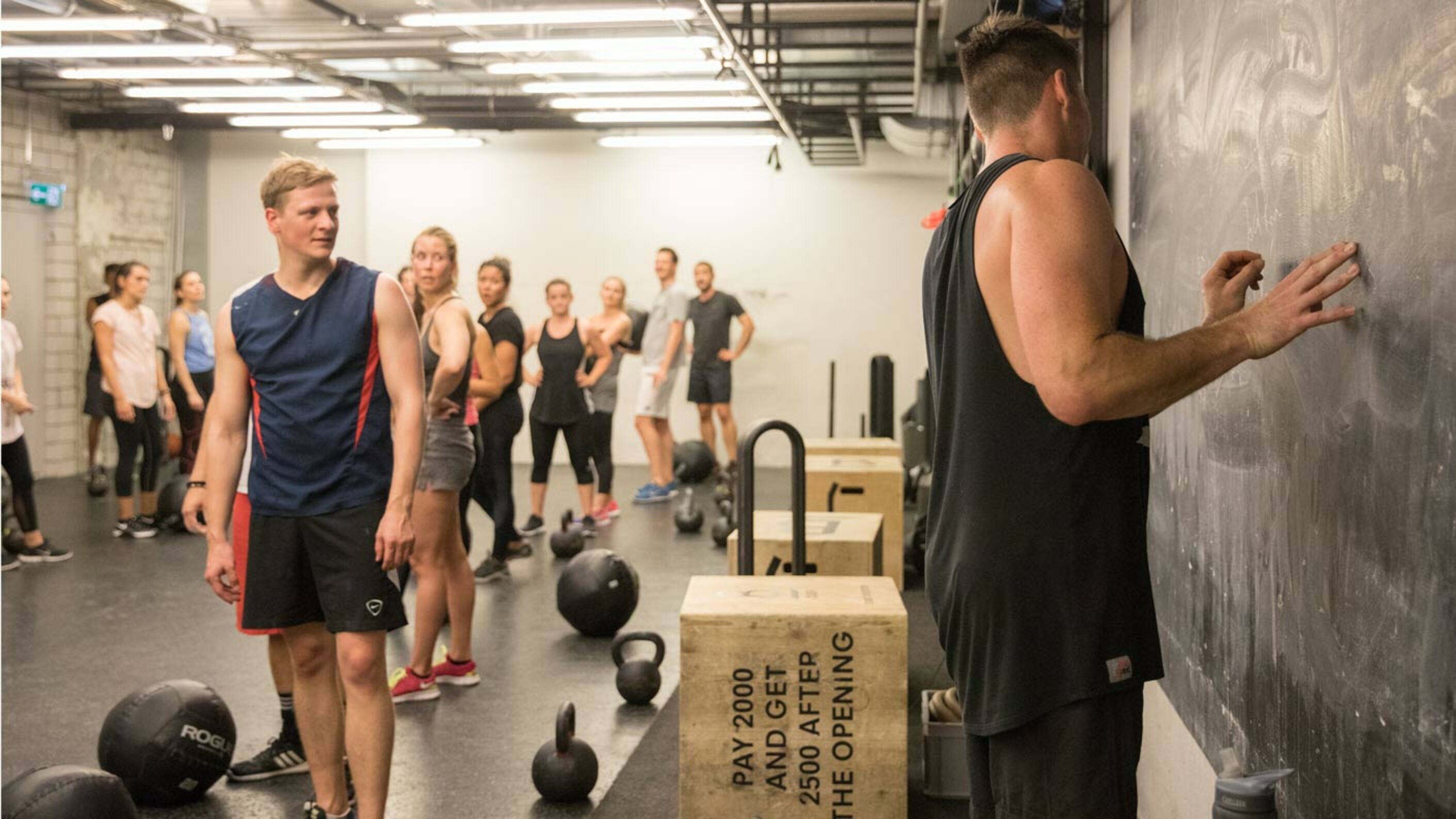 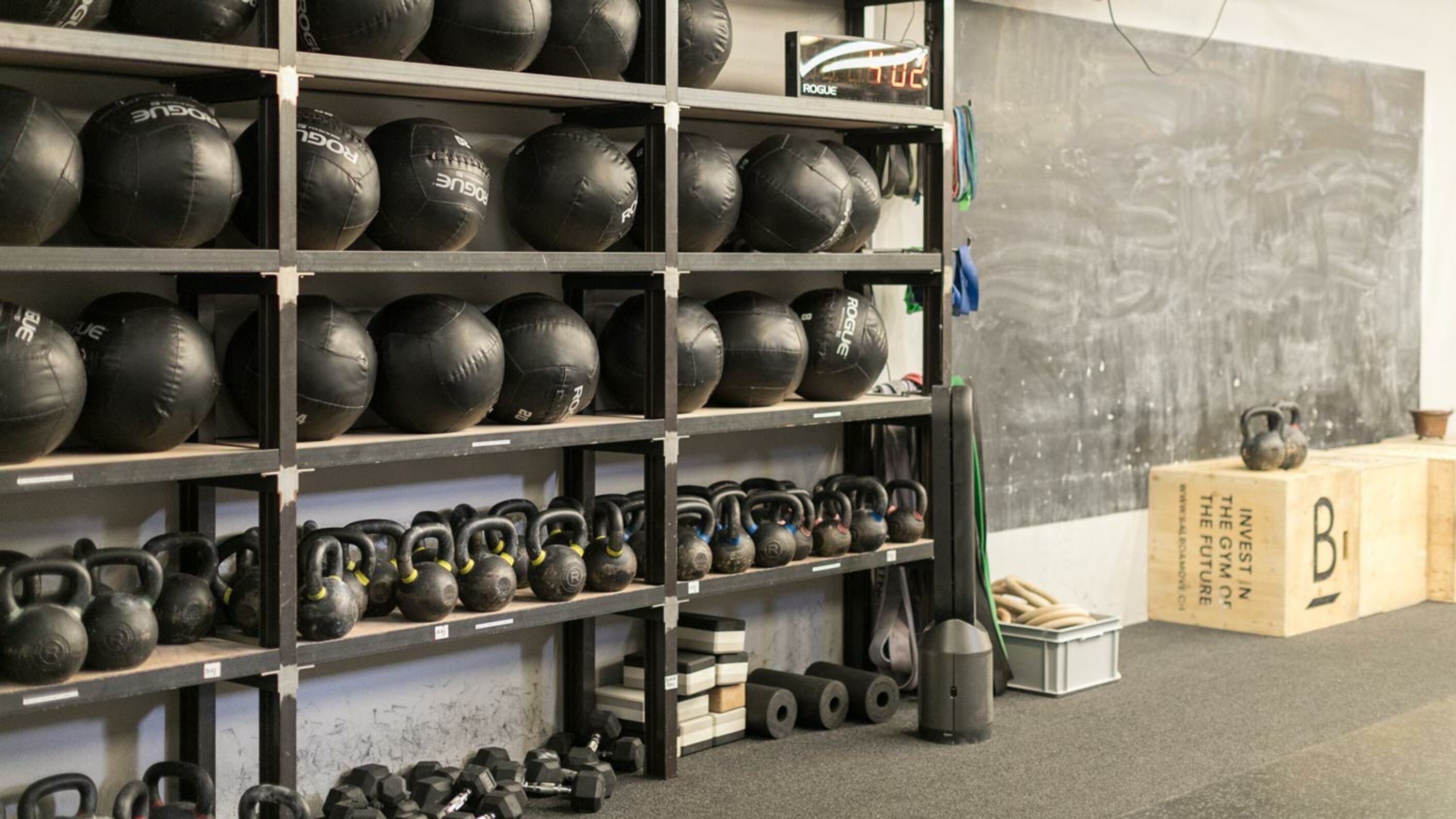 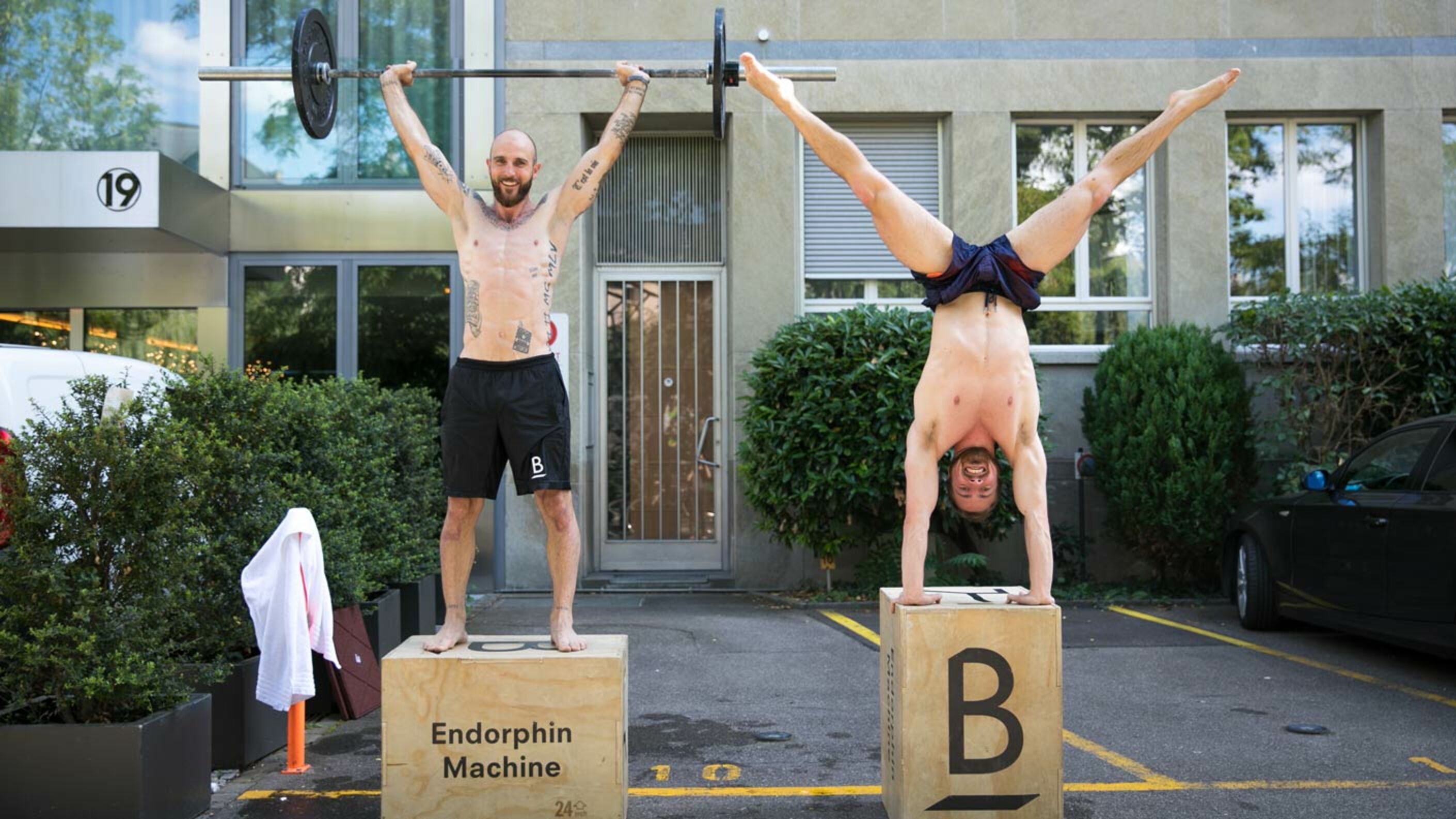 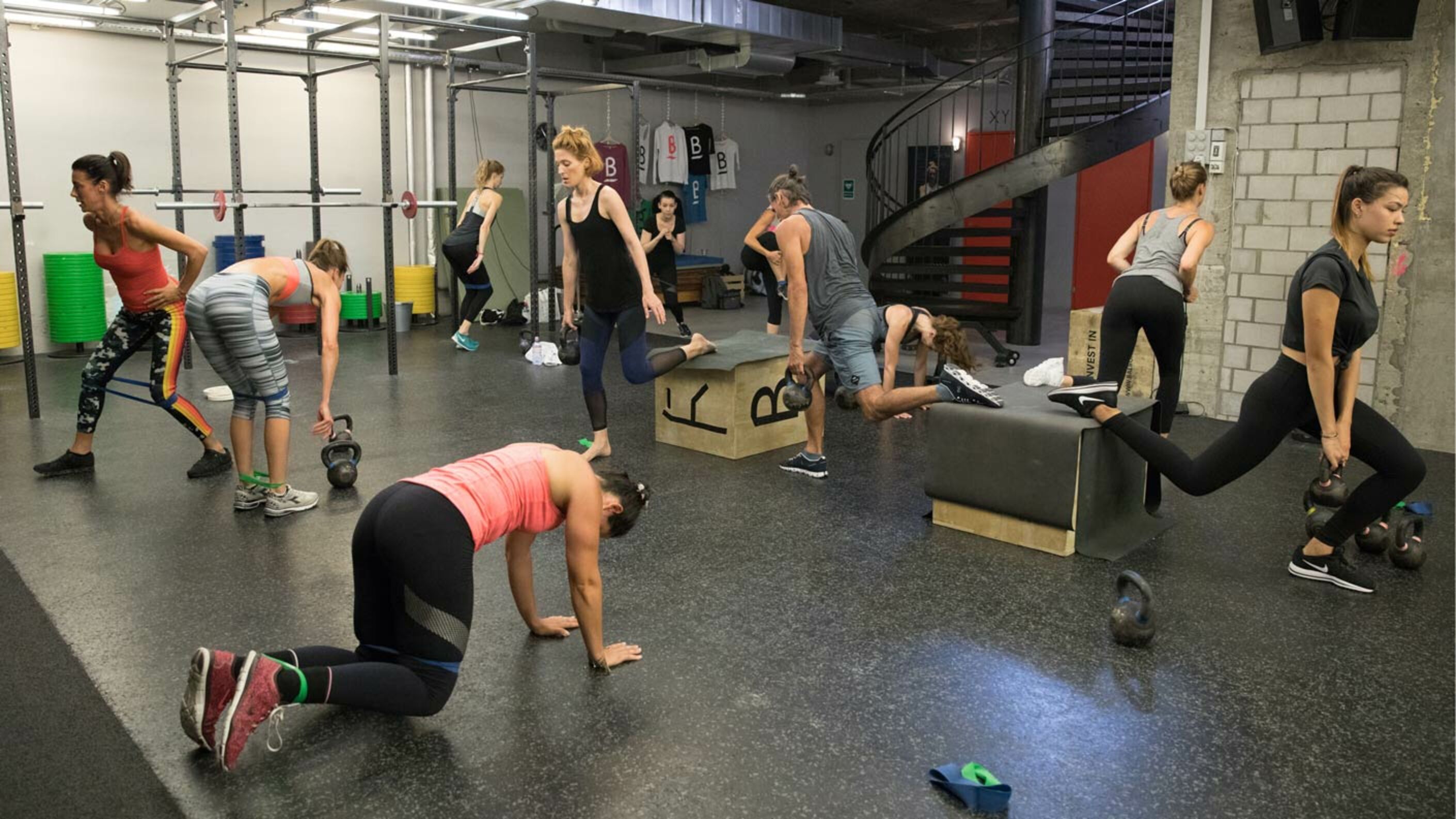 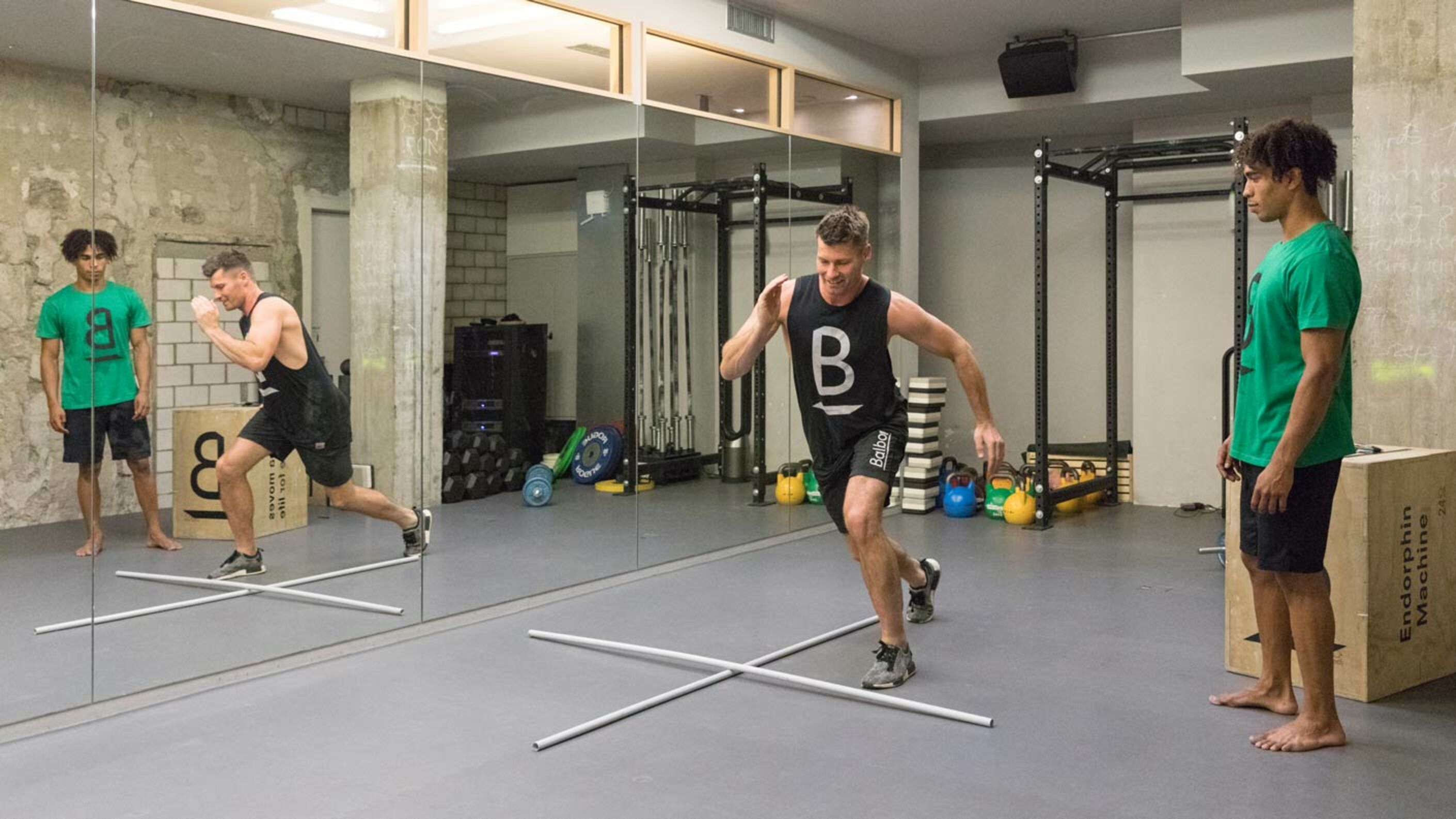 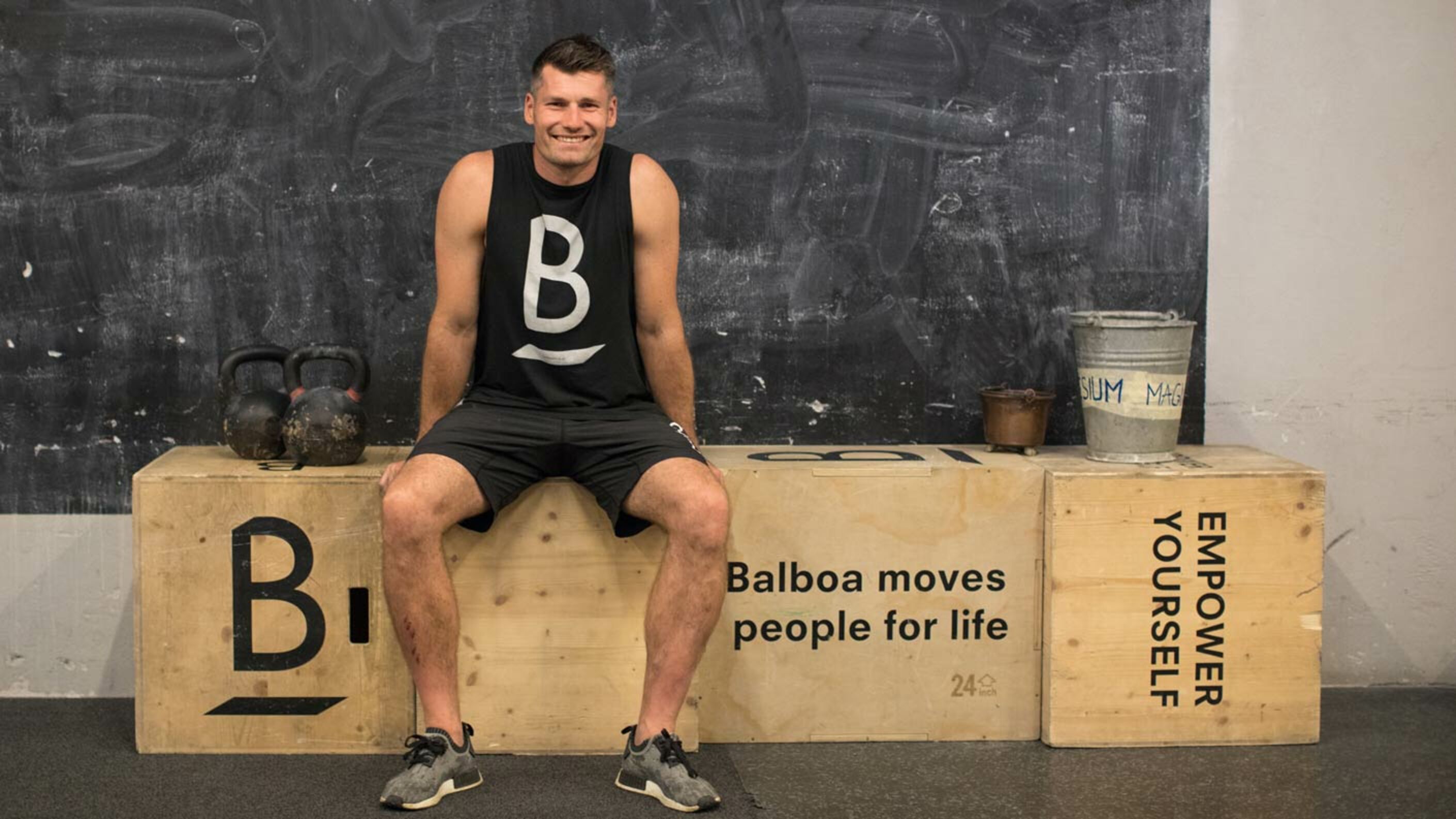 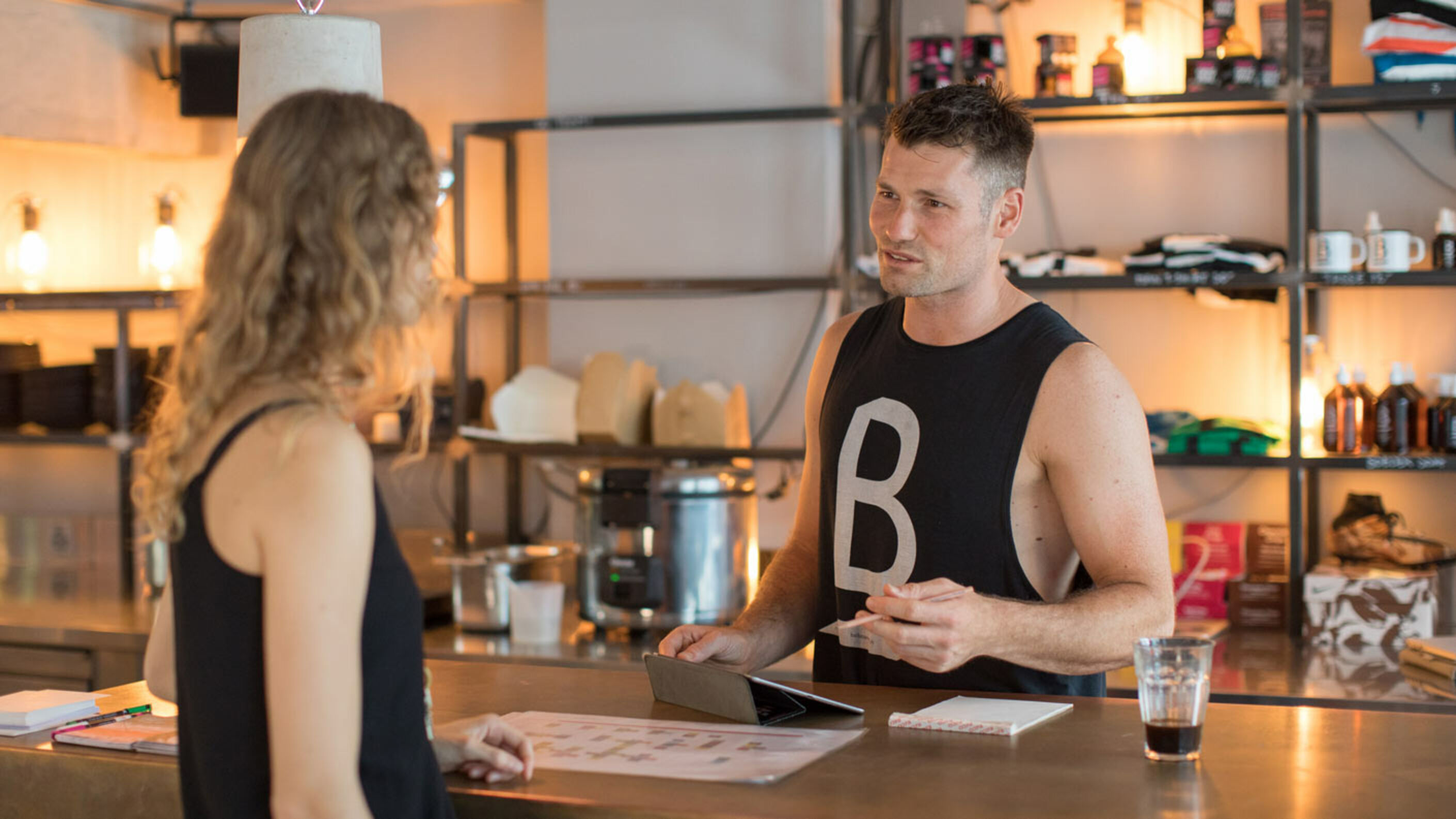 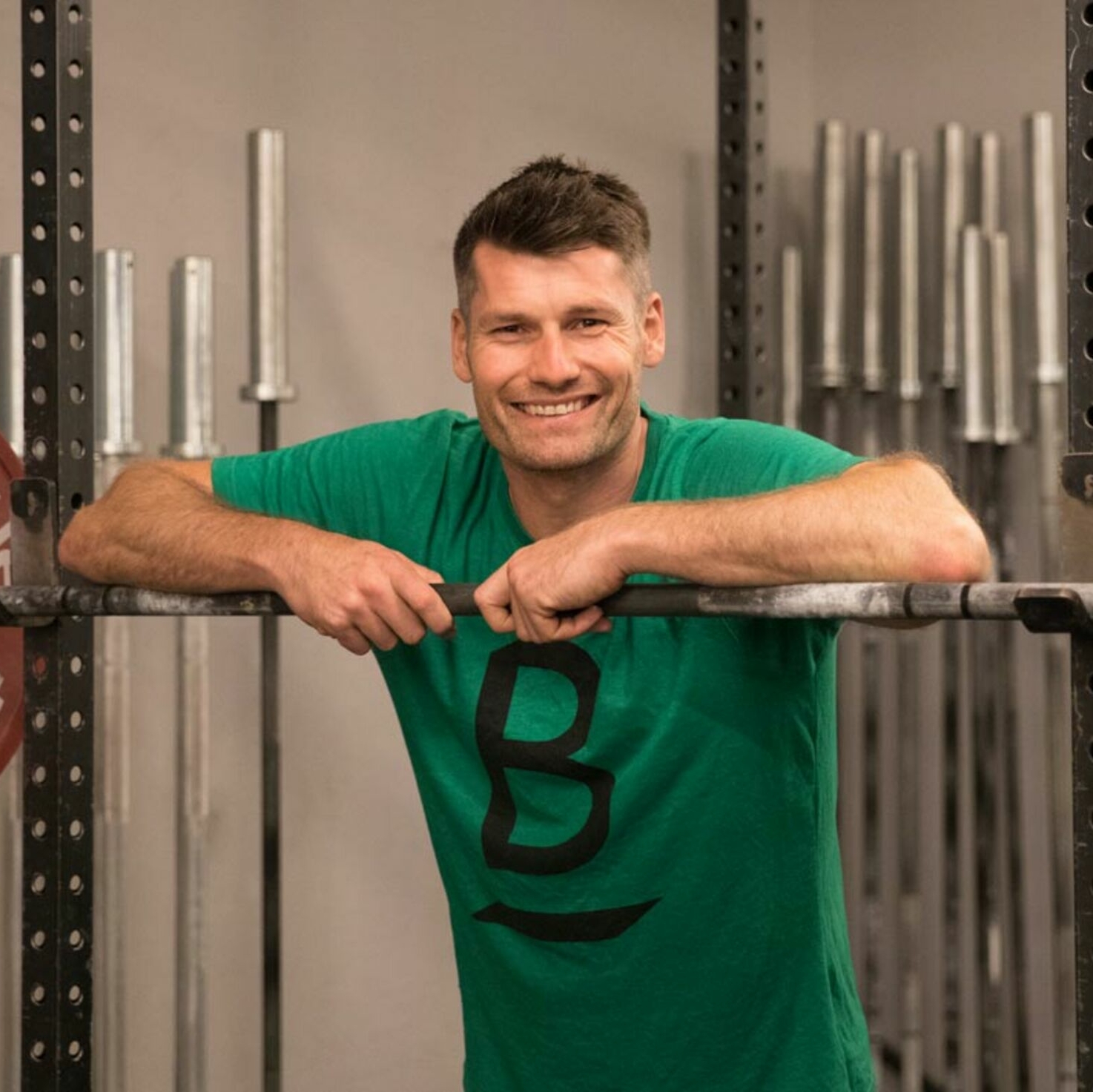 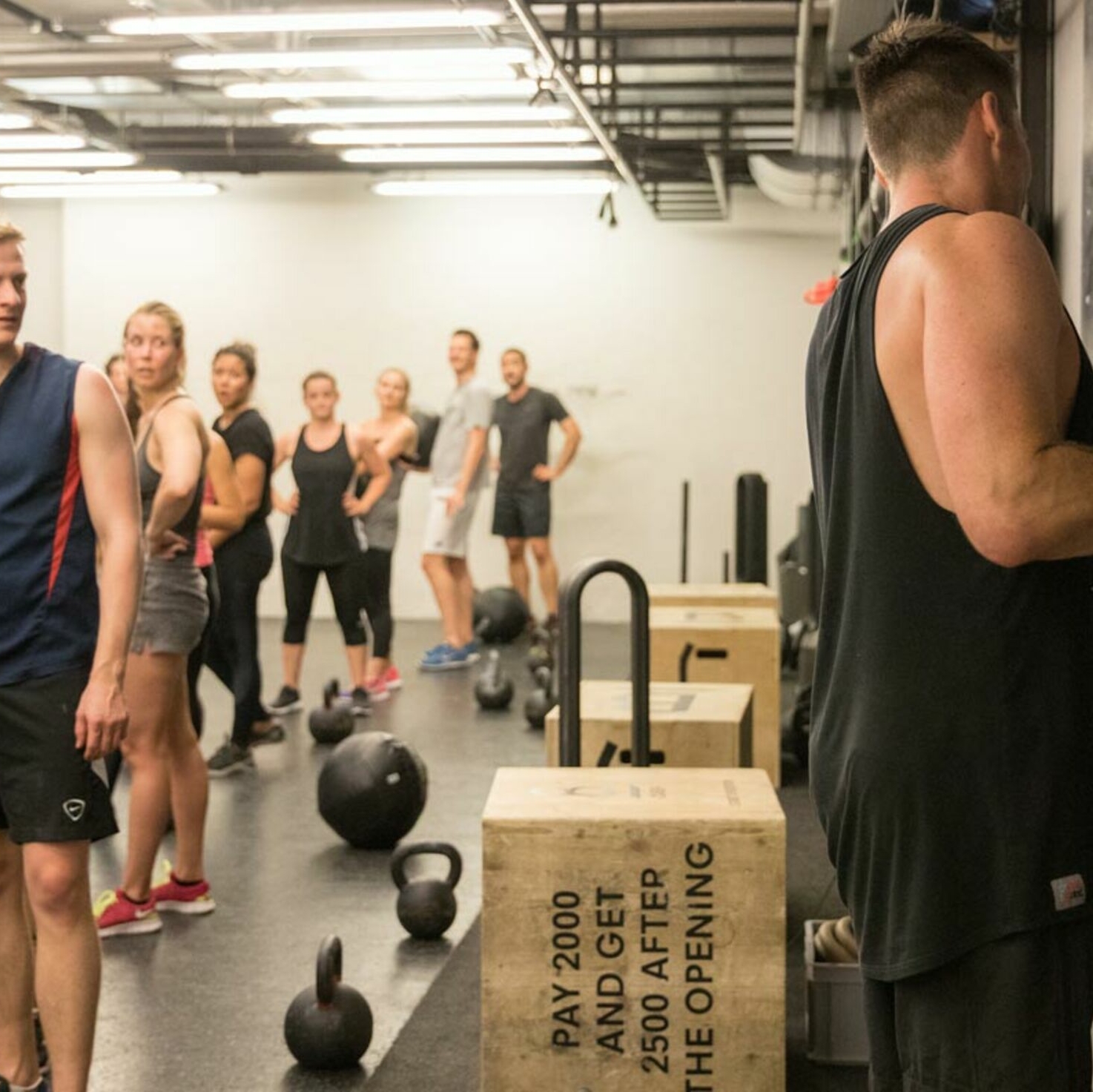 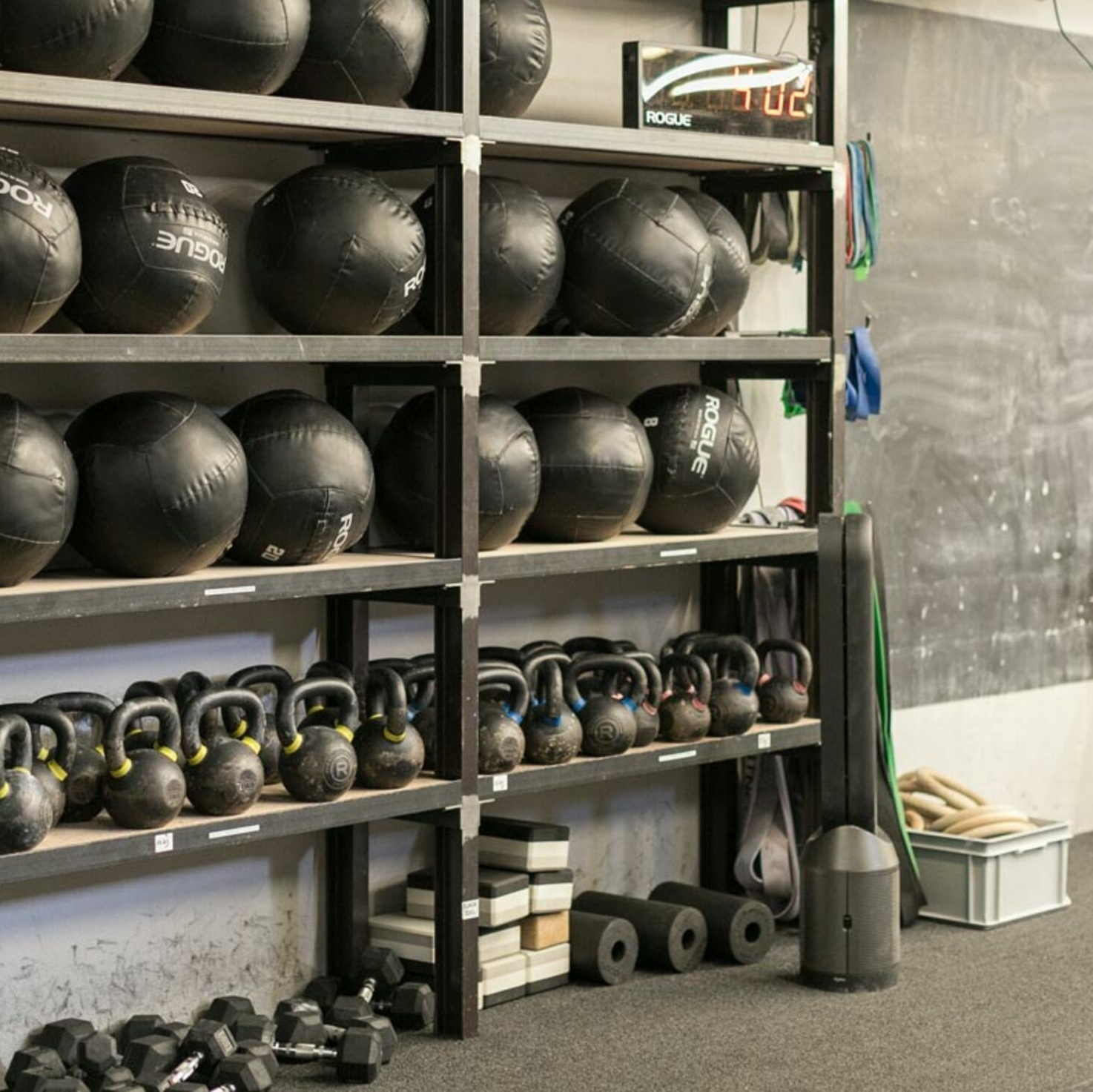 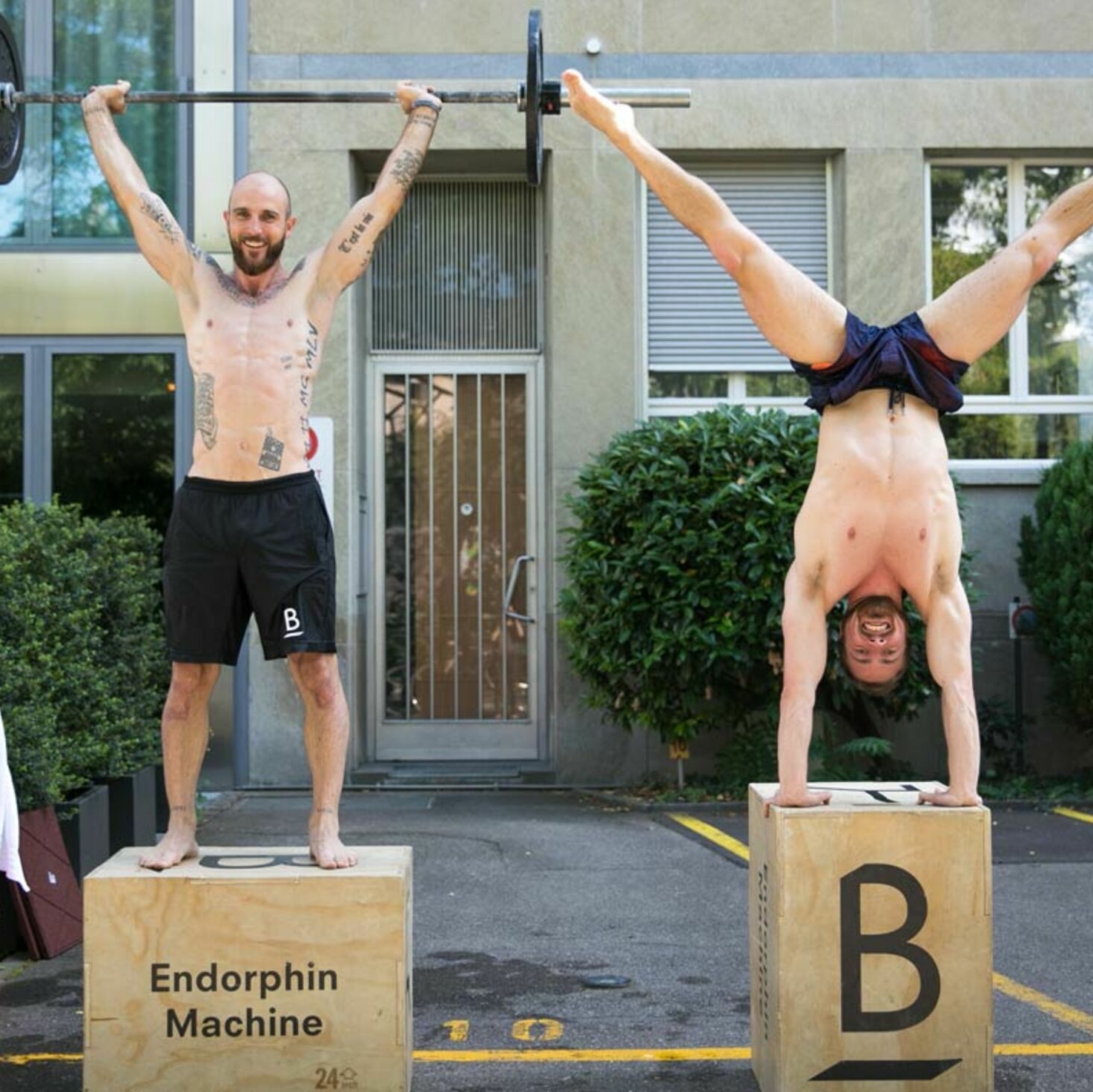 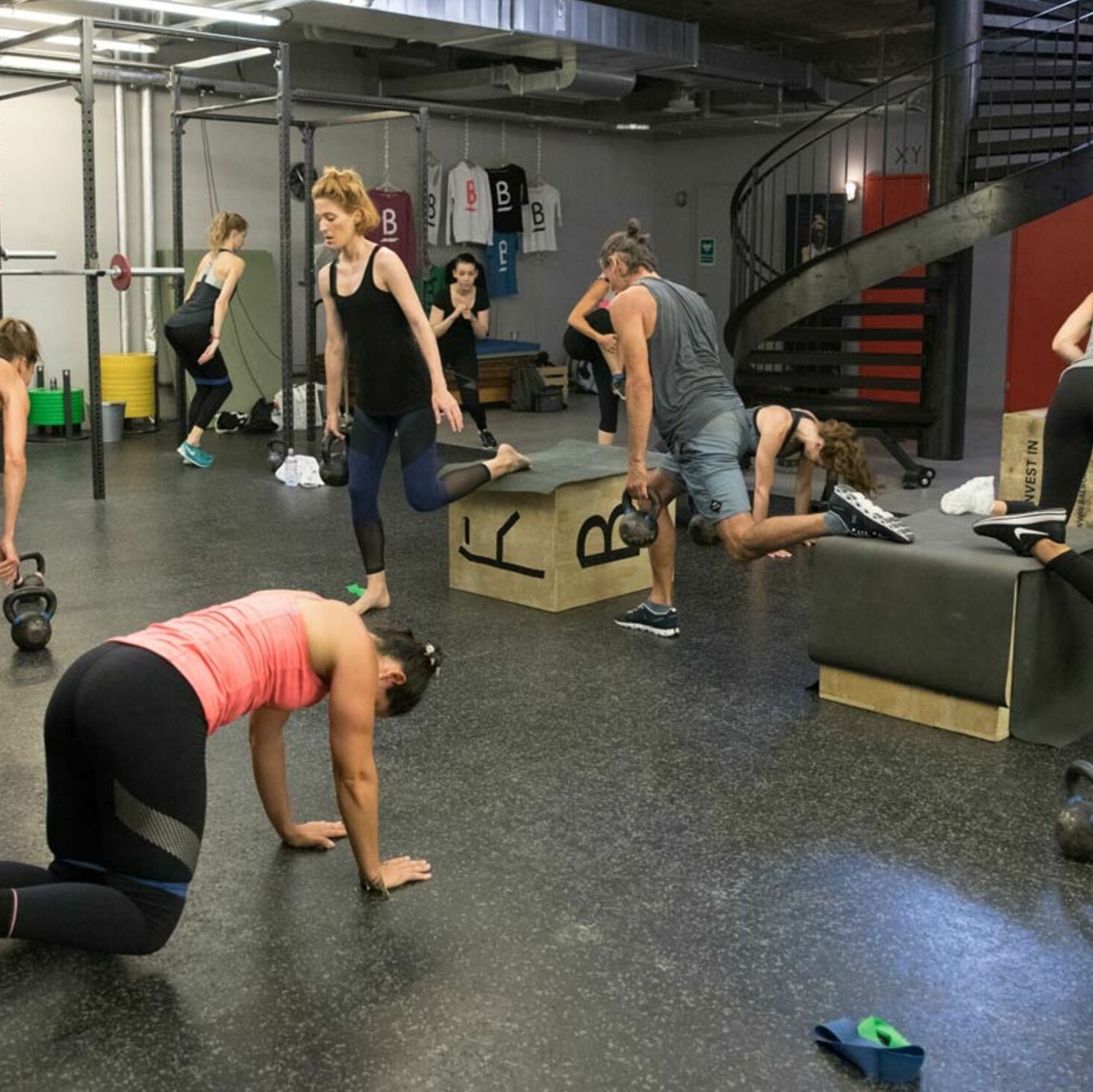 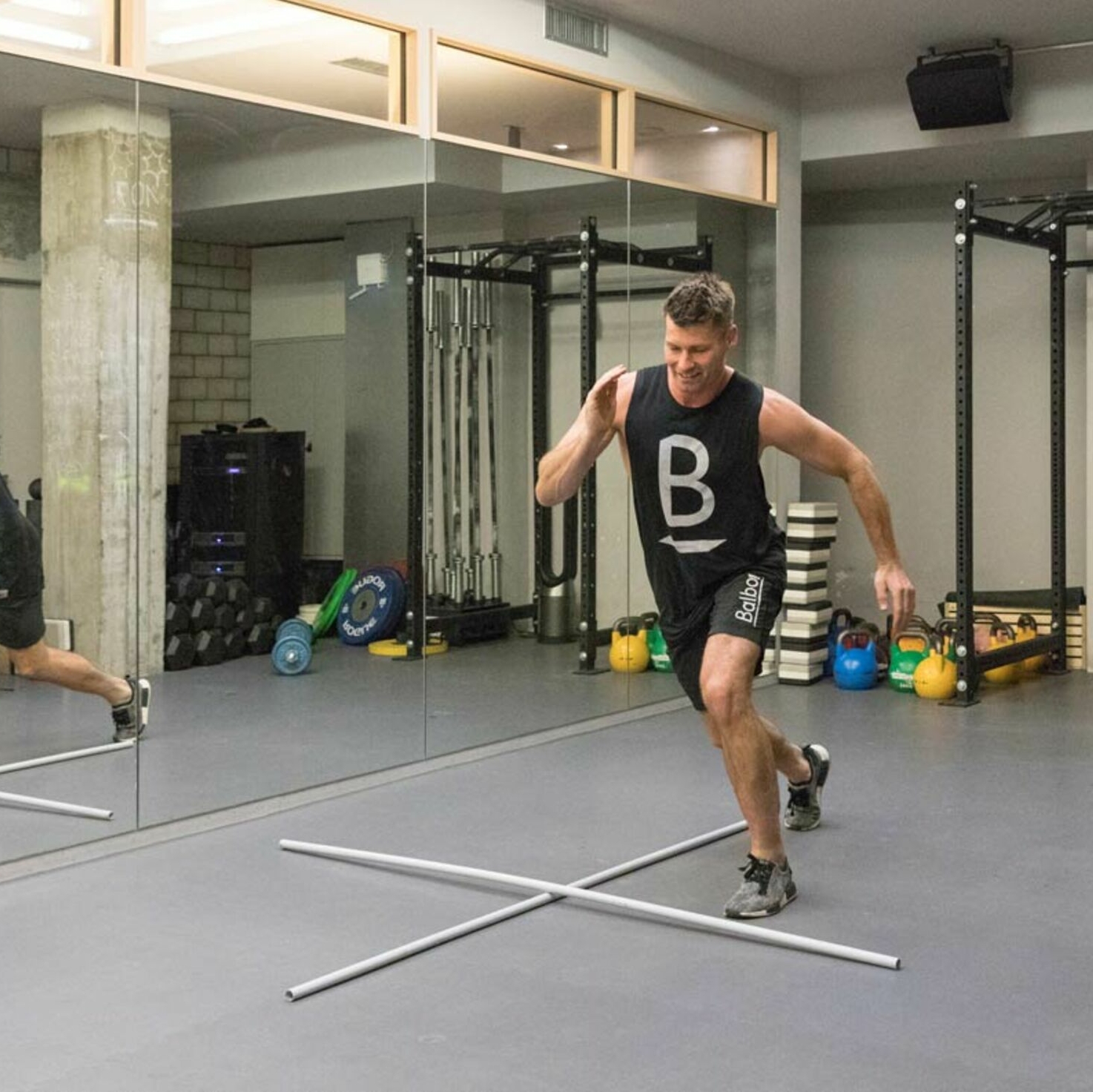 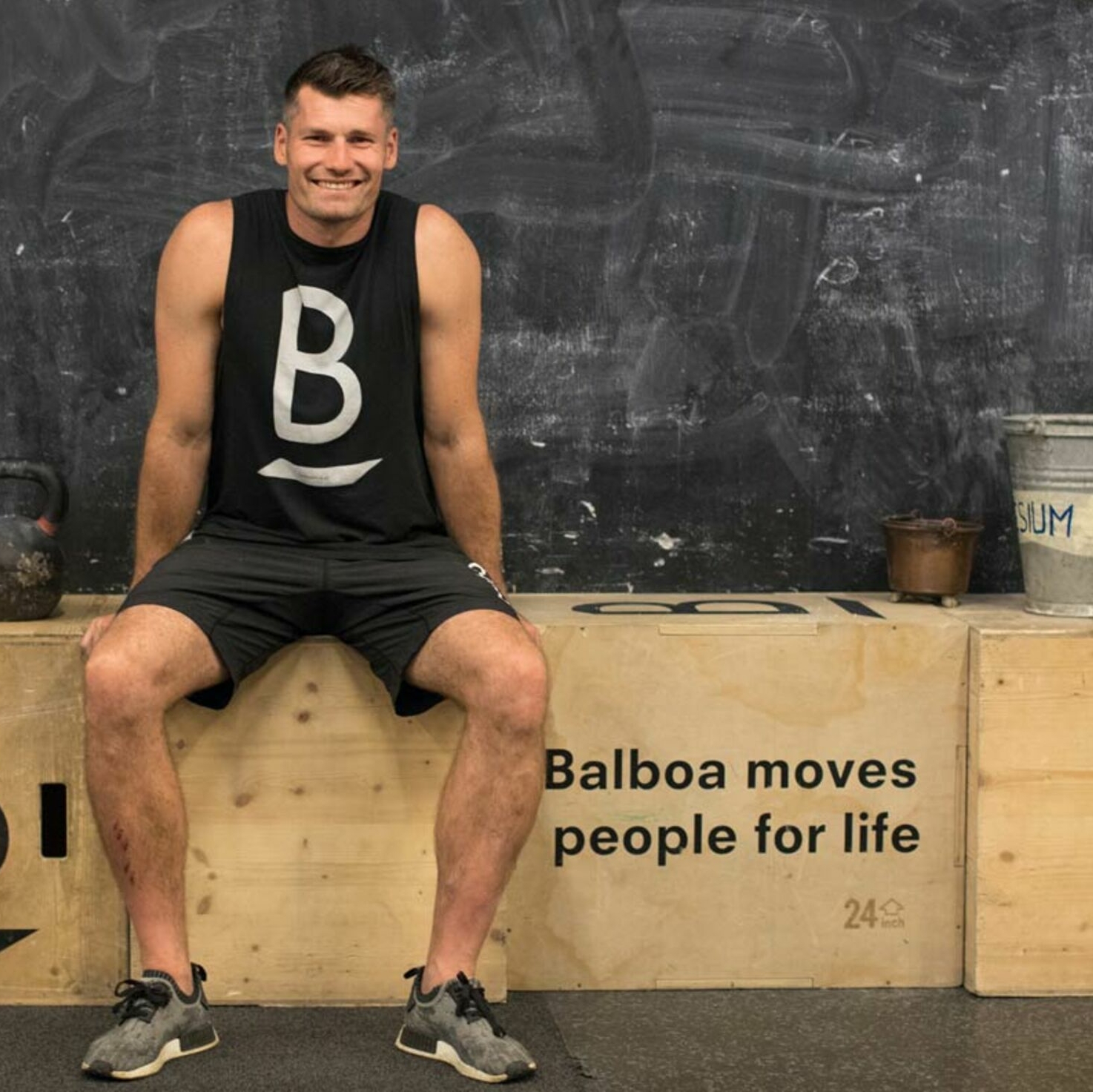 Timo Klein co-founded Balboa. In these unusual fitness centres, people train in groups – and then enjoy a bowl of healthy muesli.

The story of Balboa Fitness began in a vacant garage in Zurich’s Kreis 5. Instead of working out in one of the city’s anonymous fitness centres, former banker Erich Züger, sports coach Timo Klein and brand designer Paco Savio wanted to train as a group with friends and acquaintances in a relaxed atmosphere. The unconventional training concepts devised by Timo Klein and his colleagues were met with great interest by the sports-mad residents of Zurich. Today, more than 4,000 people regularly train at Balboa’s two locations at Schanzengraben and Arch 14 (Im Viadukt).

To learn more about how the company was founded and the unconventional concept, I meet co-founder Timo Klein at the Schanzengraben branch of Balboa Fitness. I find Timo digging into a large bowl of muesli with fresh fruit at the counter of Roots, the on-site bar/café.

The principle: Achieving a goal as a group and pushing, motivating and helping each other to improve.

He explains Balboa’s formula for success to me. All training sessions are based on the same principle: achieving a goal as a group and pushing, motivating and helping each other to improve. The social aspect of training together as a group – in stark contrast to the anonymity of a fitness chain – is exactly what the members of Balboa Fitness are looking for.

The original idea is hatched by ex-banker Erich Züger. During his business trips to South America, he notices how the locals dance together in the streets, play football and meet up to train, and how they spur each other on, help each other and generally have a good time. Back in Switzerland, he finds he’s had enough of anonymous fitness centres with their pristine showers and multifunctional machines. He wants to train with friends and acquaintances in simple surroundings. He takes up residence at the recently vacated Amboss Garage and starts to organise group training sessions. It’s a place without a lot of infrastructure and with only a few rules to follow. Anybody who finds out about the group training sessions can come by and join in. People from the club, restaurant and creative scenes in particular value the laid-back atmosphere and the concept of training as a group.

The last time he felt people come together in this way was during his time as a professional footballer.

It isn’t long before fitness coach Timo Klein hears about the ex-banker who is organising group training sessions in a garage in Kreis 5. He’s been looking to go freelance in the fitness world for a while now, and attends one of the sessions. He is won over by the unvarnished, cellar-like atmosphere, the casual, informal approach, the functional training and the extremely strong group dynamic. The last time he felt people come together in this way was during his time as a professional footballer. He has his heart set on becoming part of Balboa and soon starts to lead his own group training sessions in the garage. Erich Züger and Timo Klein – together with Paco Savio – then become the founders of Balboa Fitness Zurich.

Others had found it virtually impossible to use the high-ceilinged rooms in the cellar, which is where a canteen kitchen had been located.

They opened their site in Alfred-Escher-Haus (formerly home to the Credit Suisse cafeteria) along the Schanzengraben in 2016. Others had found it virtually impossible to use the high-ceilinged rooms in the cellar, which is where the canteen kitchen had been located. But for Timo, Erich and Paco, the cellar was perfect – and this is where the group training sessions take place today. The centre also has its own on-site café. The second Balboa gym opened in one of the Viadukt’s arches in April 2017.

As Timo eats his muesli, a training group runs past and shouts a greeting. ‘They’re off to unwind in our spa area.’ Wait, what? I thought Balboa wasn’t a place for bells and whistles. I thought it was all about doing sport? Timo reassures me that the training group is actually off for a brief dip in the nearby river. It’s 100% natural and typical of Balboa: they take advantage of whatever is on their doorstep!

Timo believes the motivation required for keeping one’s body fit through sport and healthy eating is especially high among Zurich residents. And he thinks that’s great. ‘Our bodies are designed to move.’ This is why Timo welcomes the fact that younger generations are extremely health conscious. Never before were all manner of fitness challenges, functional training courses and vegan diets so popular as they are today. Of course, this can quickly tip over into extreme territory. Among young women in particular, Timo notices time and again how – due to the seemingly perfect bodies of Instagram celebrities – they push themselves beyond the limits of their endurance.

‘The fine line between having too little motivation and too much is a challenge in sport,’ concedes Timo. However, he is more concerned with those who have real fitness problems, are overweight, haven’t done any sport for a long time or are somewhat older.

Never before had he pushed his body so much or understood the need to eat healthily and do specific training.

When he was younger, Timo broke his tibia in three places, which led to complications – and a premature end to his football career. He pulled himself together and struggled his way through rehab, which took several years. It proved to be a turning point for him. Never before had he pushed his body so much or understood the need to eat healthily and do specific training. The path he should take became clear to him: to help people using the skills he knows best – coaching and training. ‘There’s a lot of people sitting at home who aren’t happy with their bodies or the condition they’re in. These are the people I want to get to join our training sessions.’