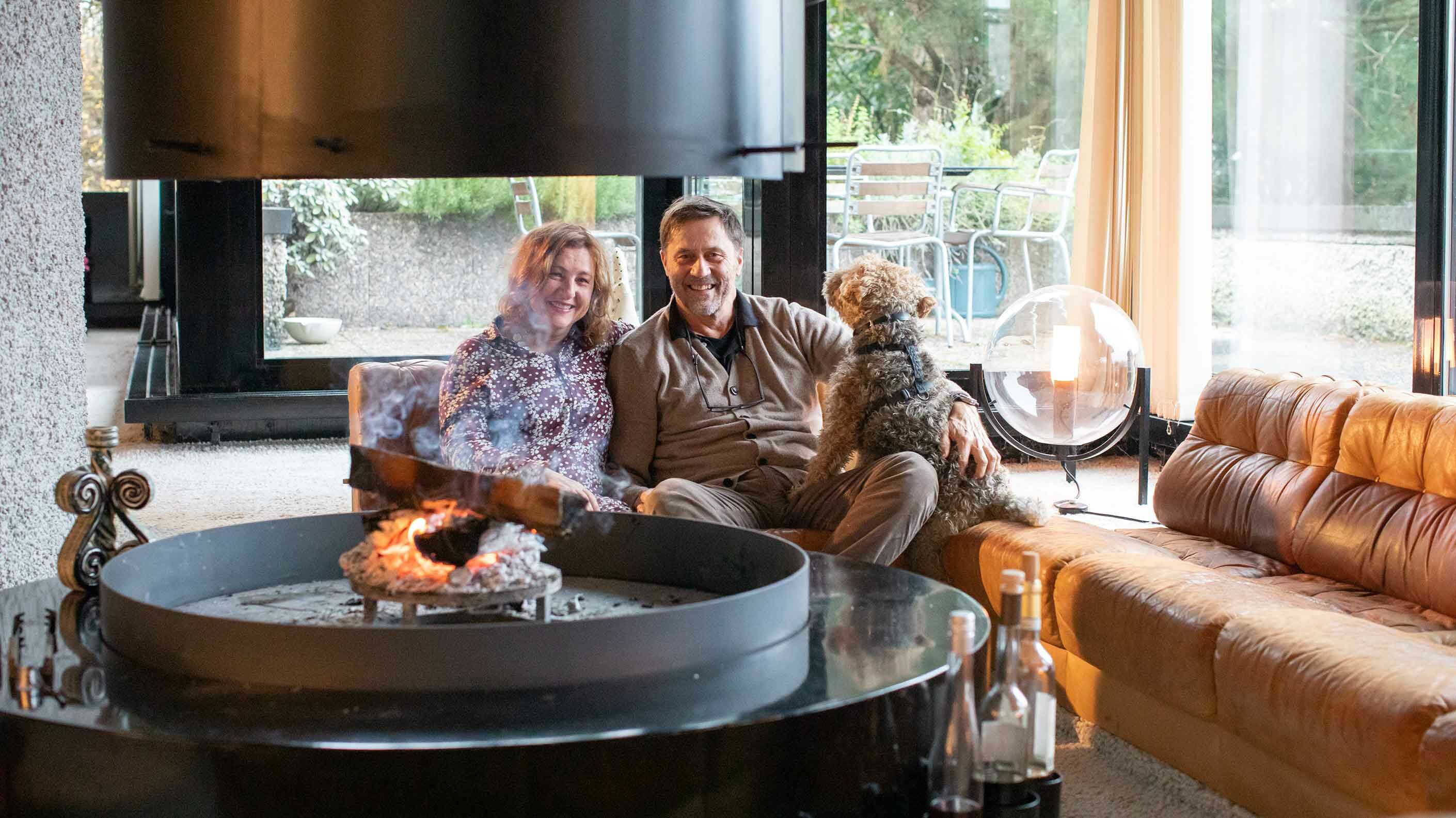 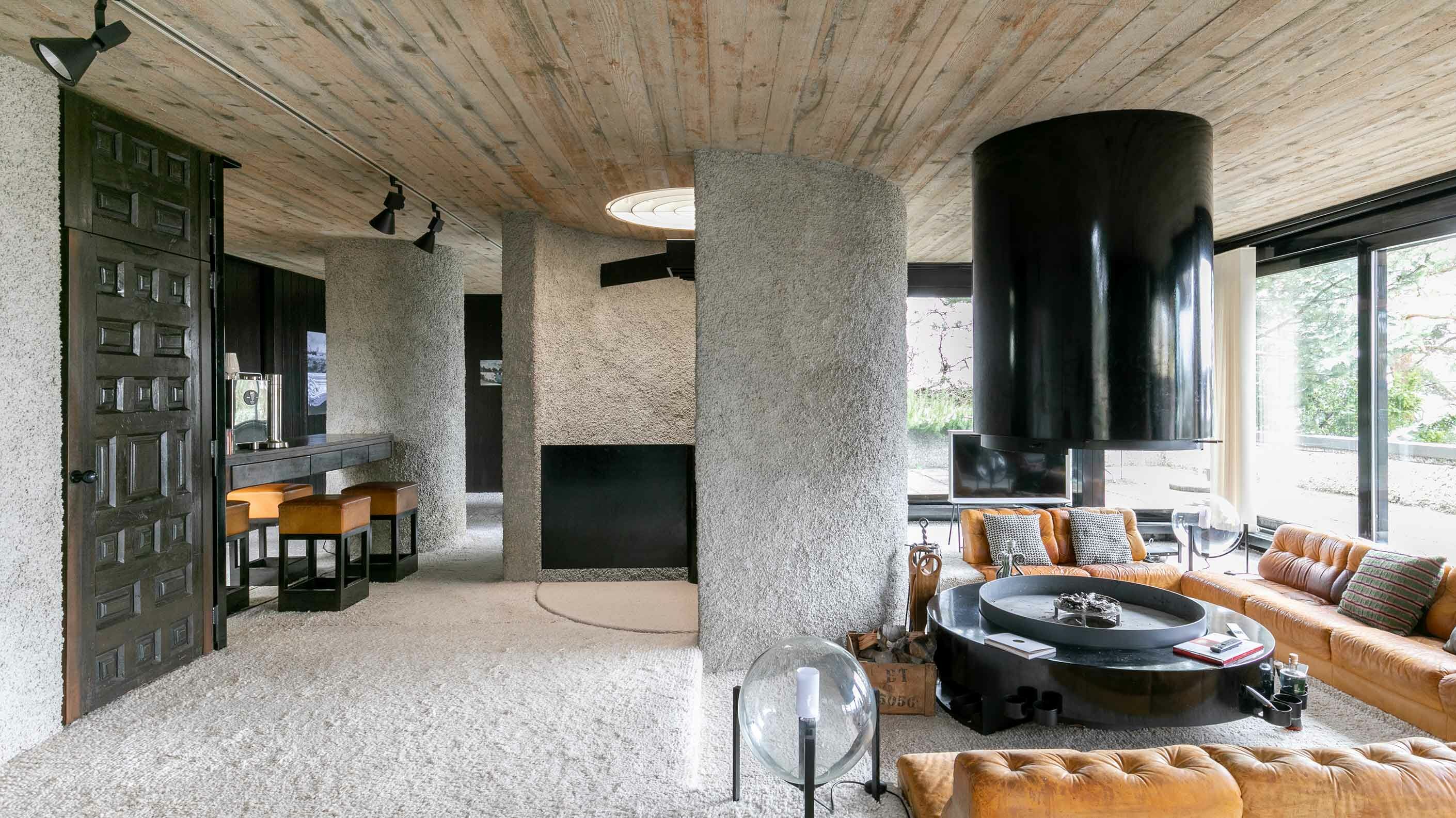 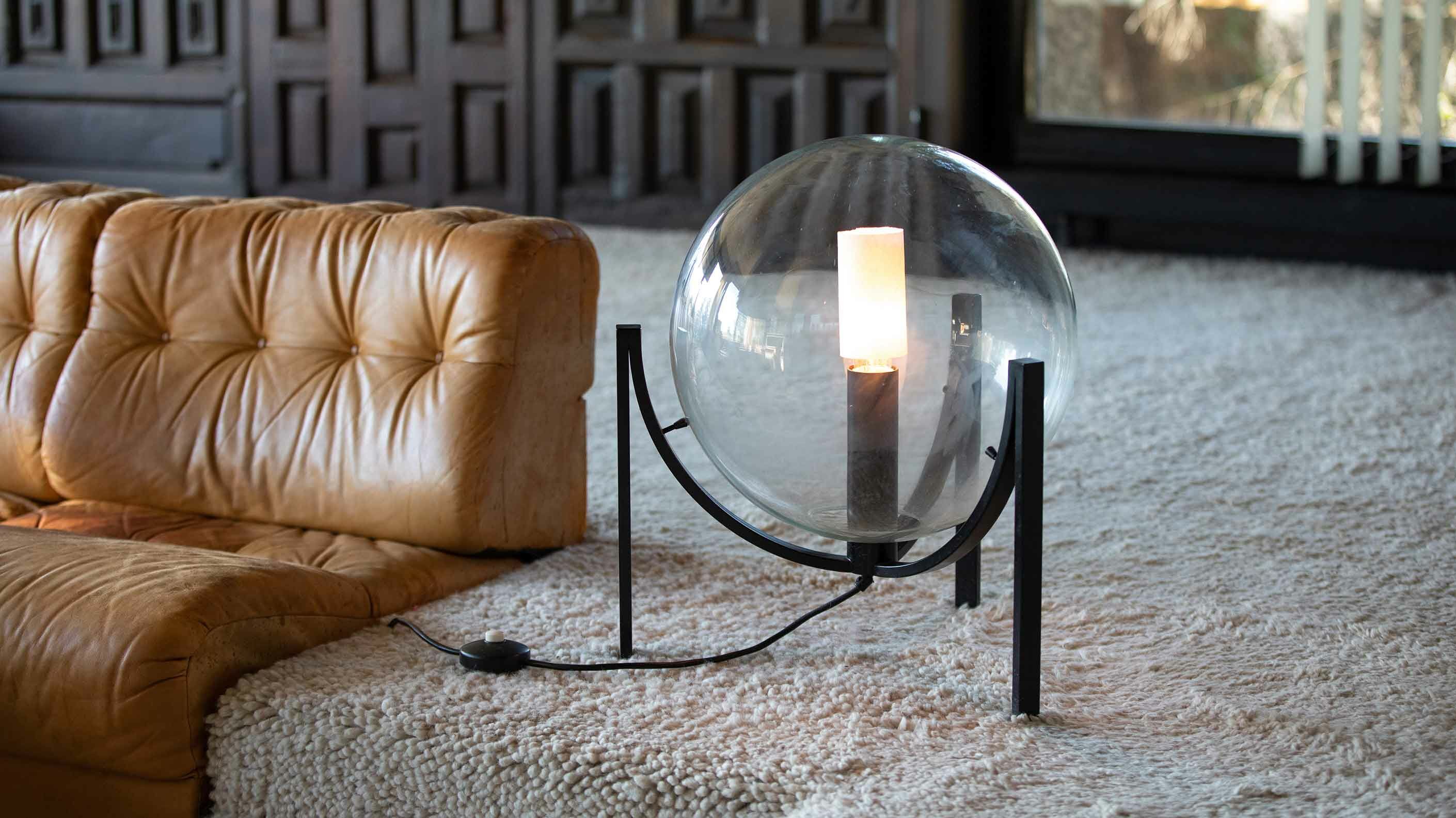 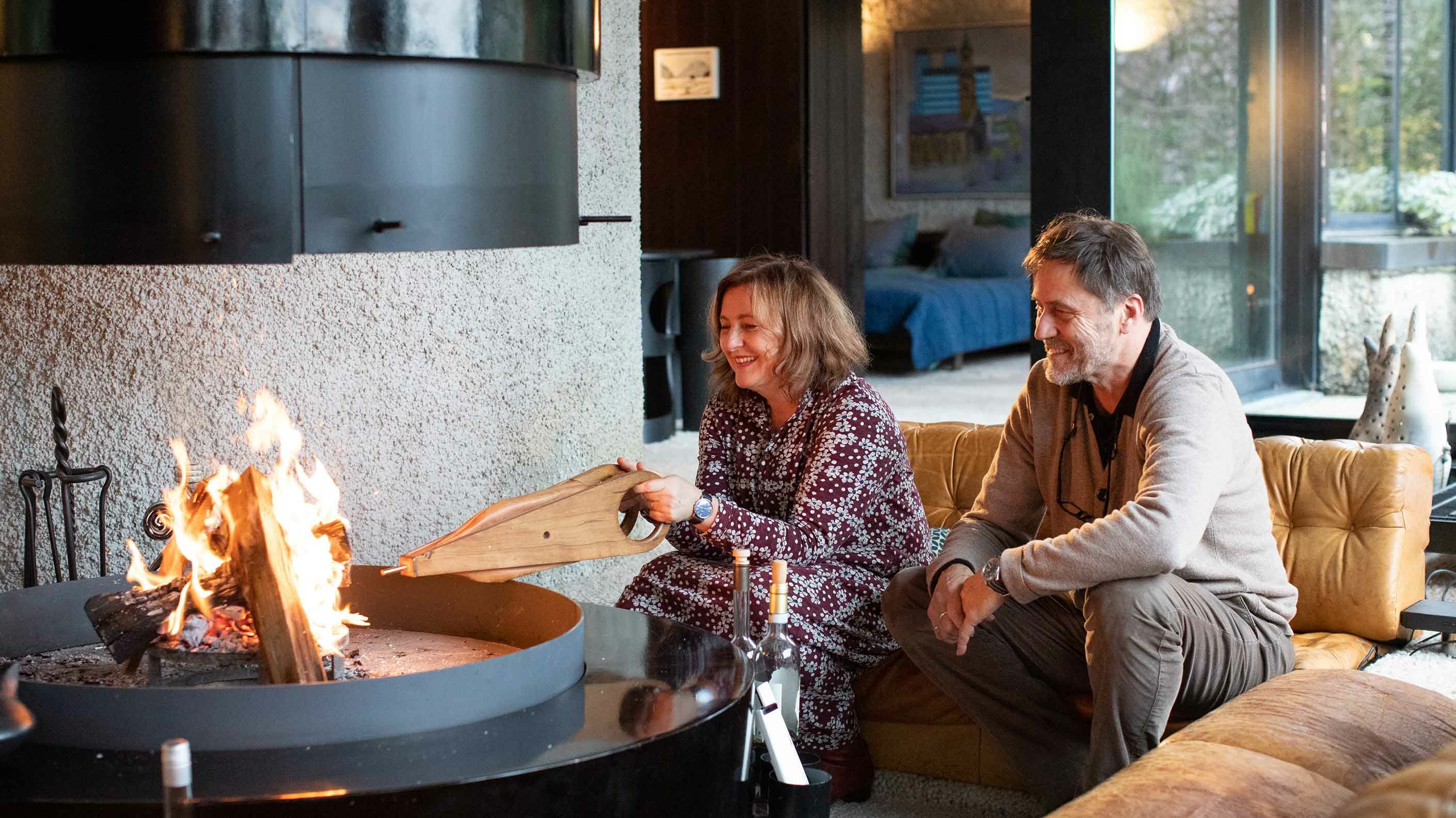 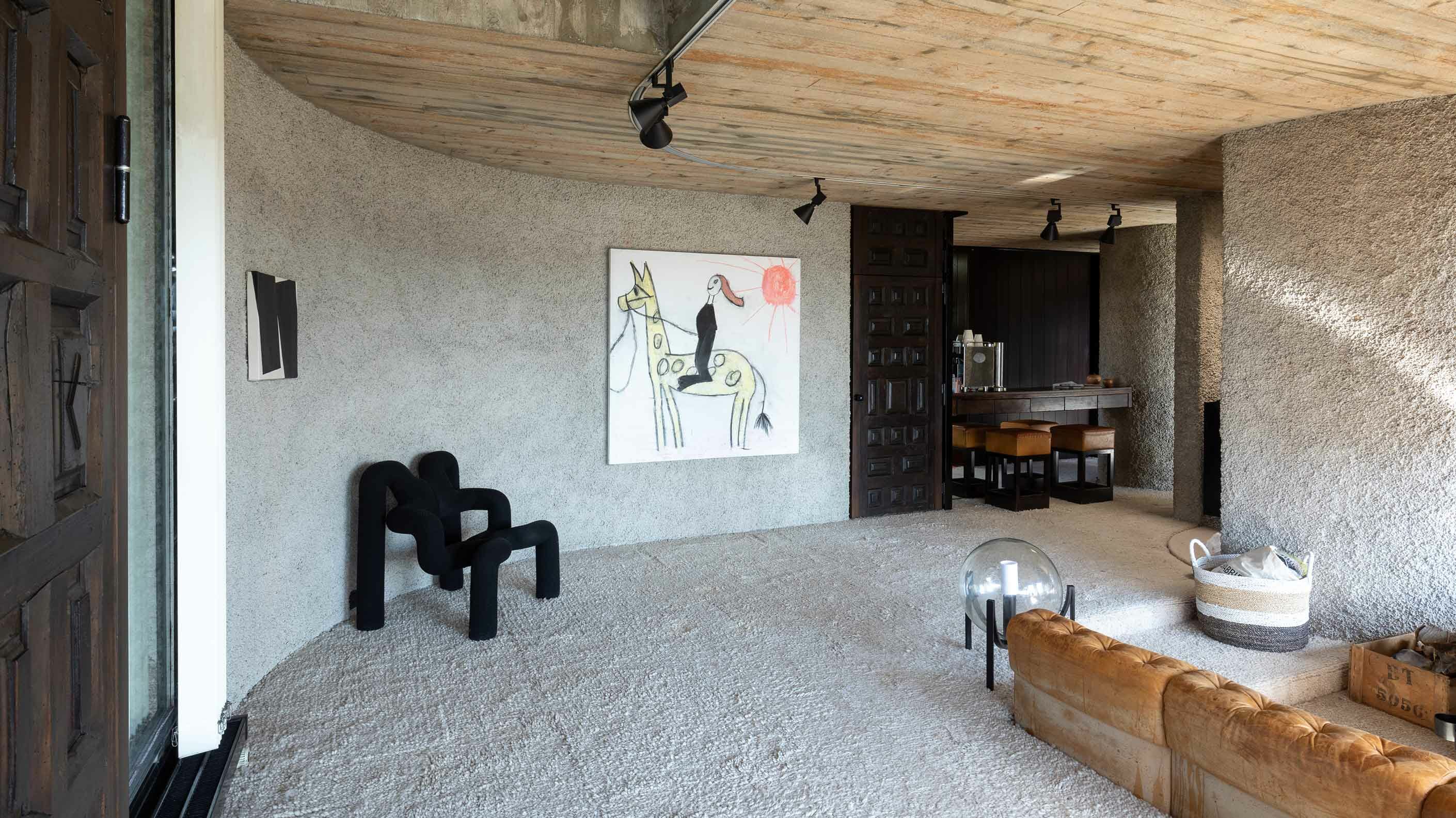 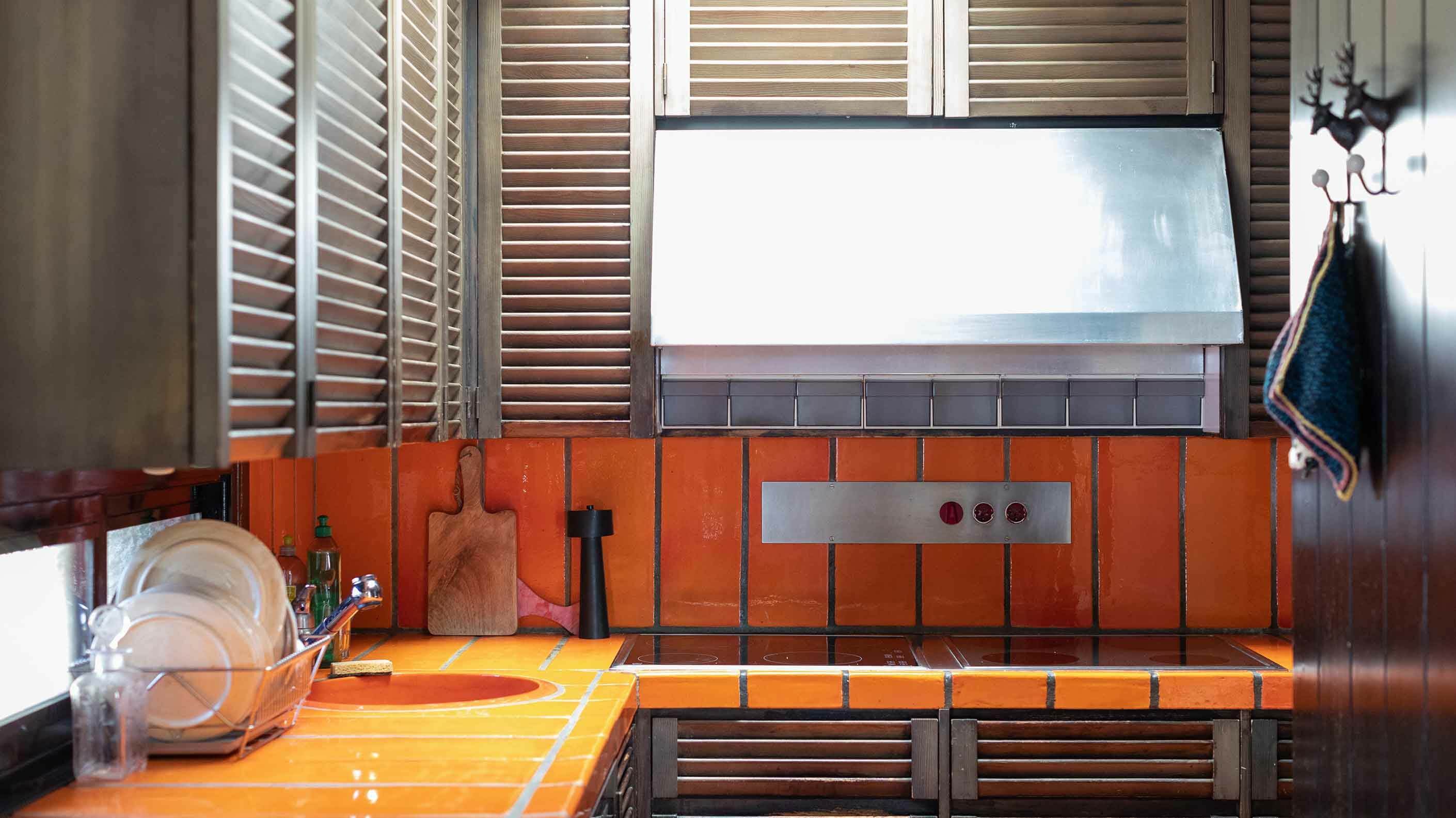 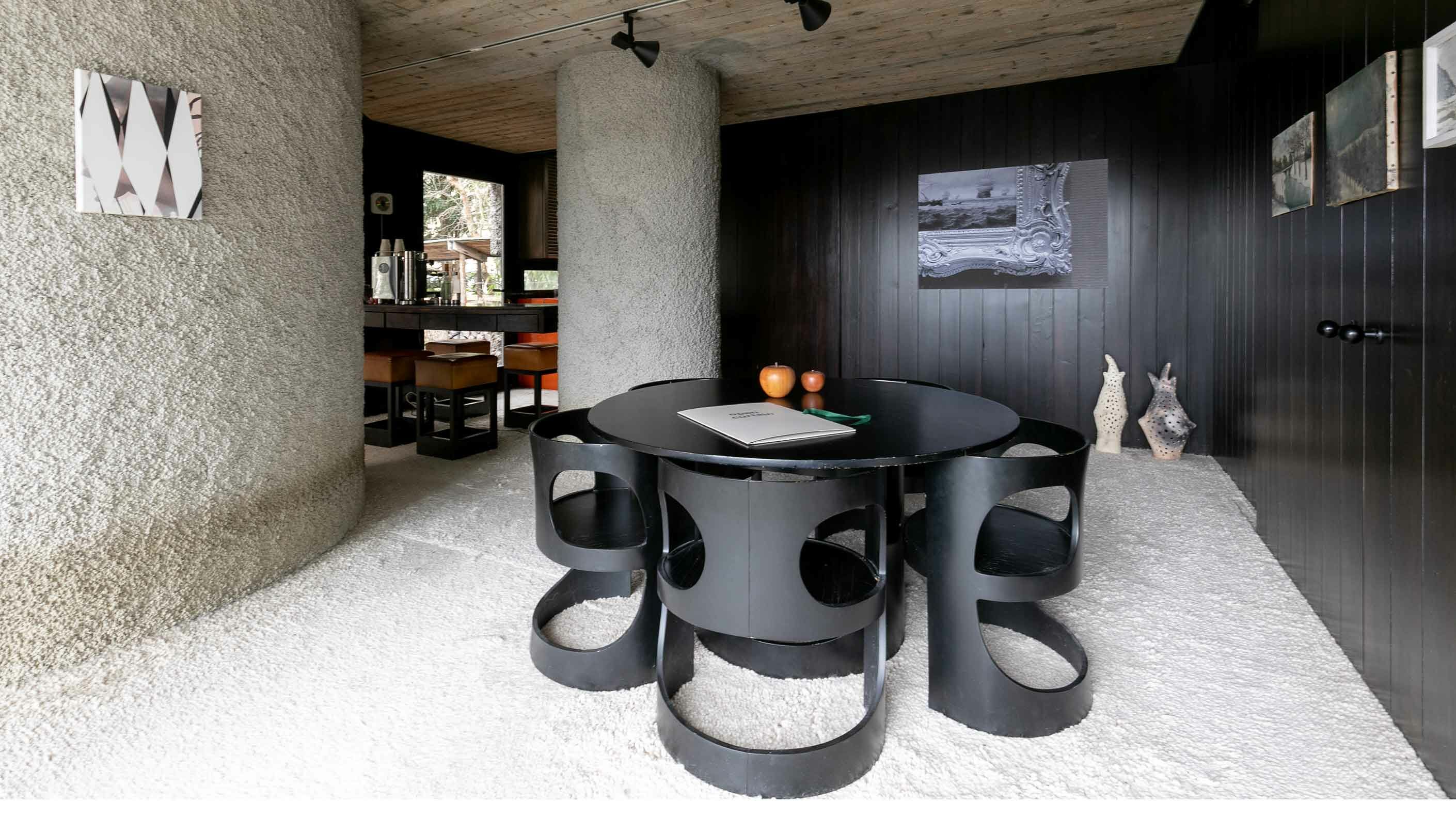 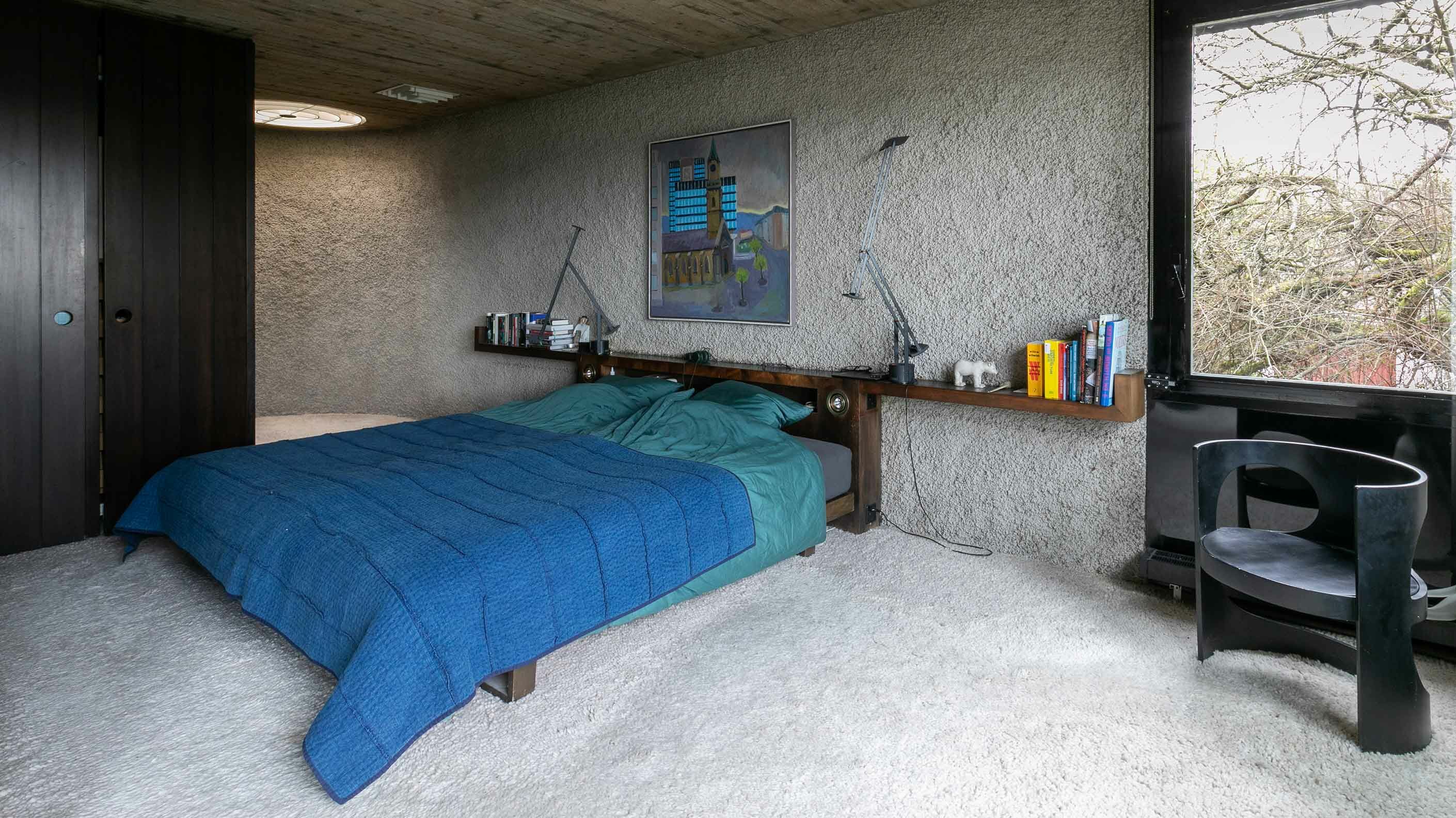 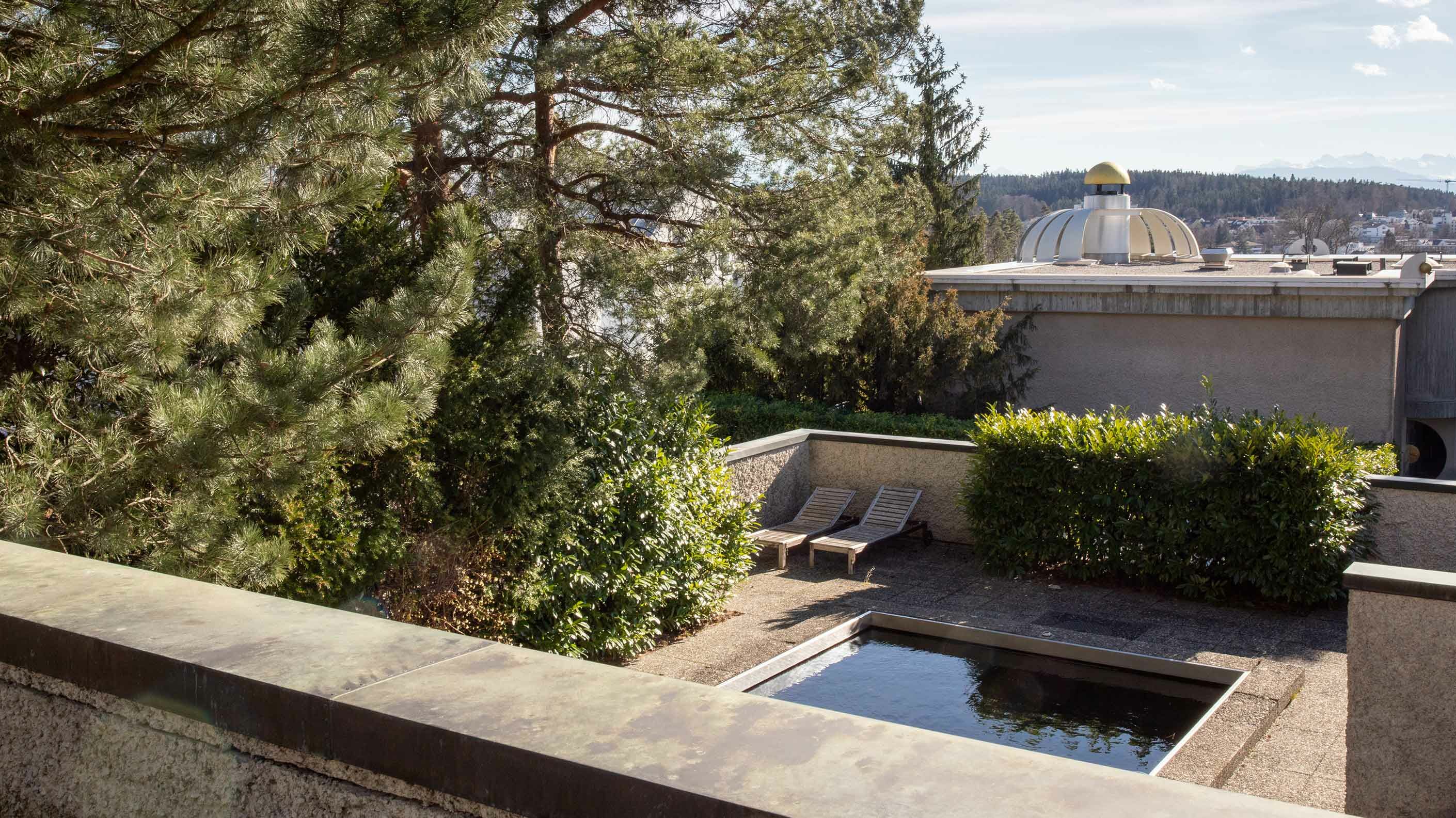 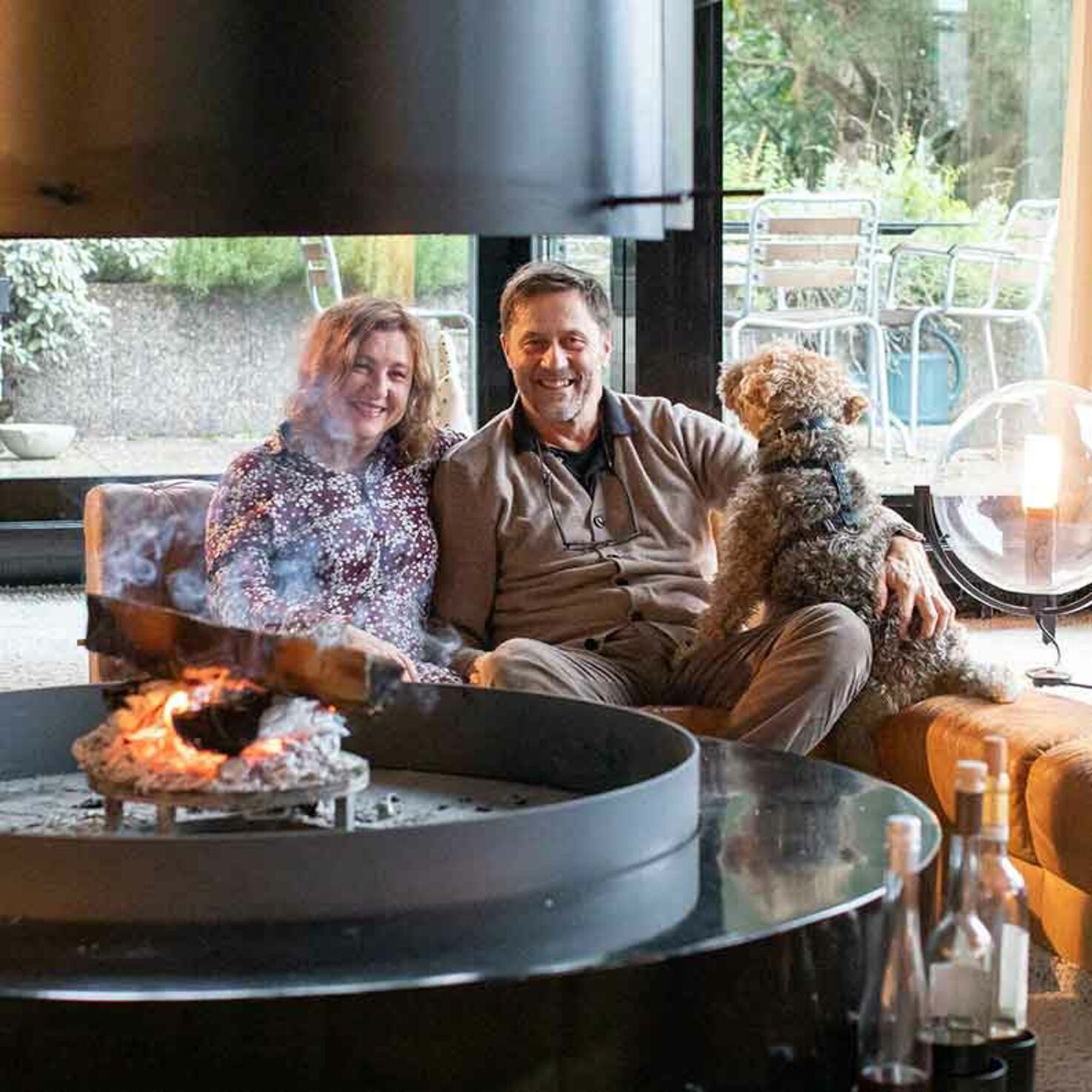 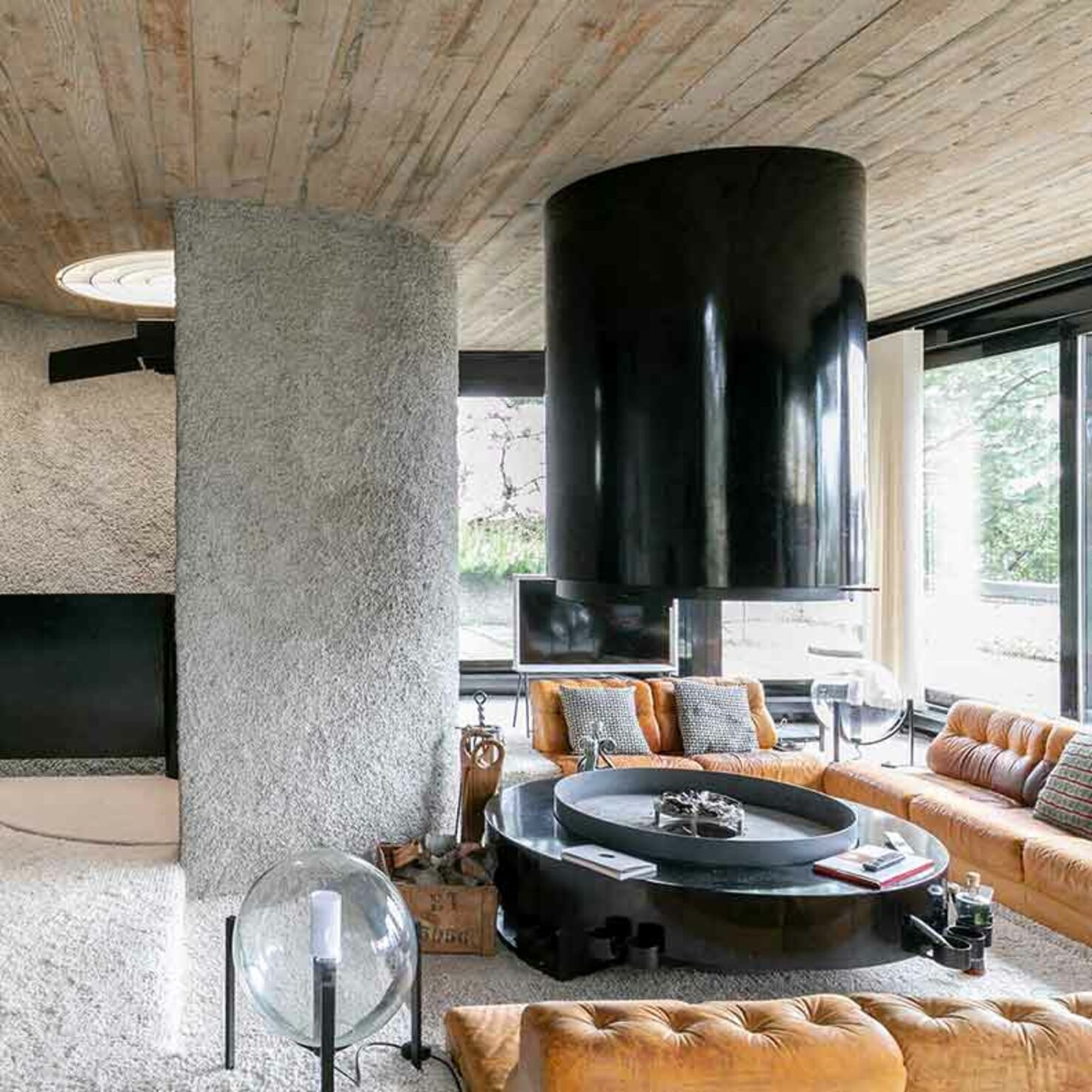 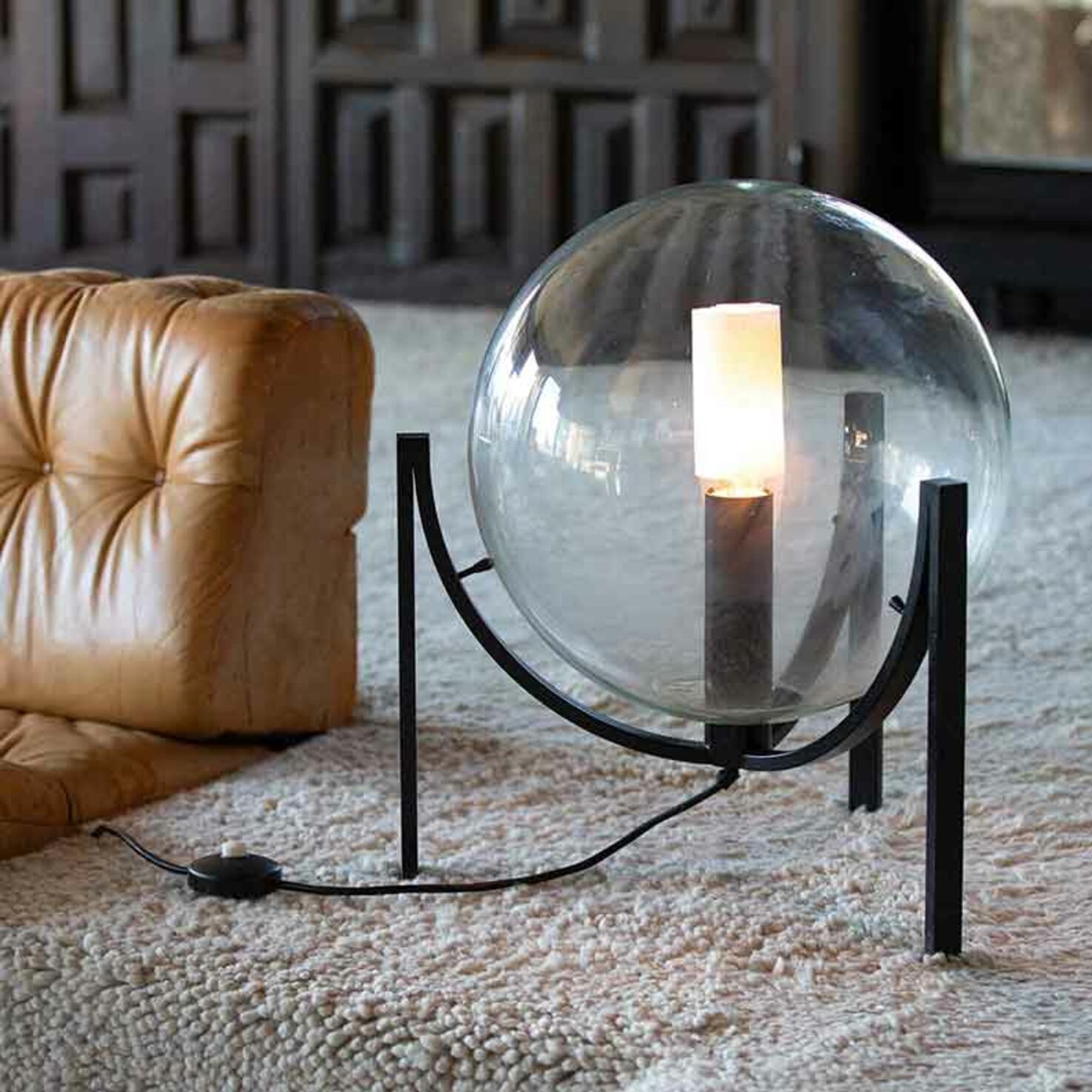 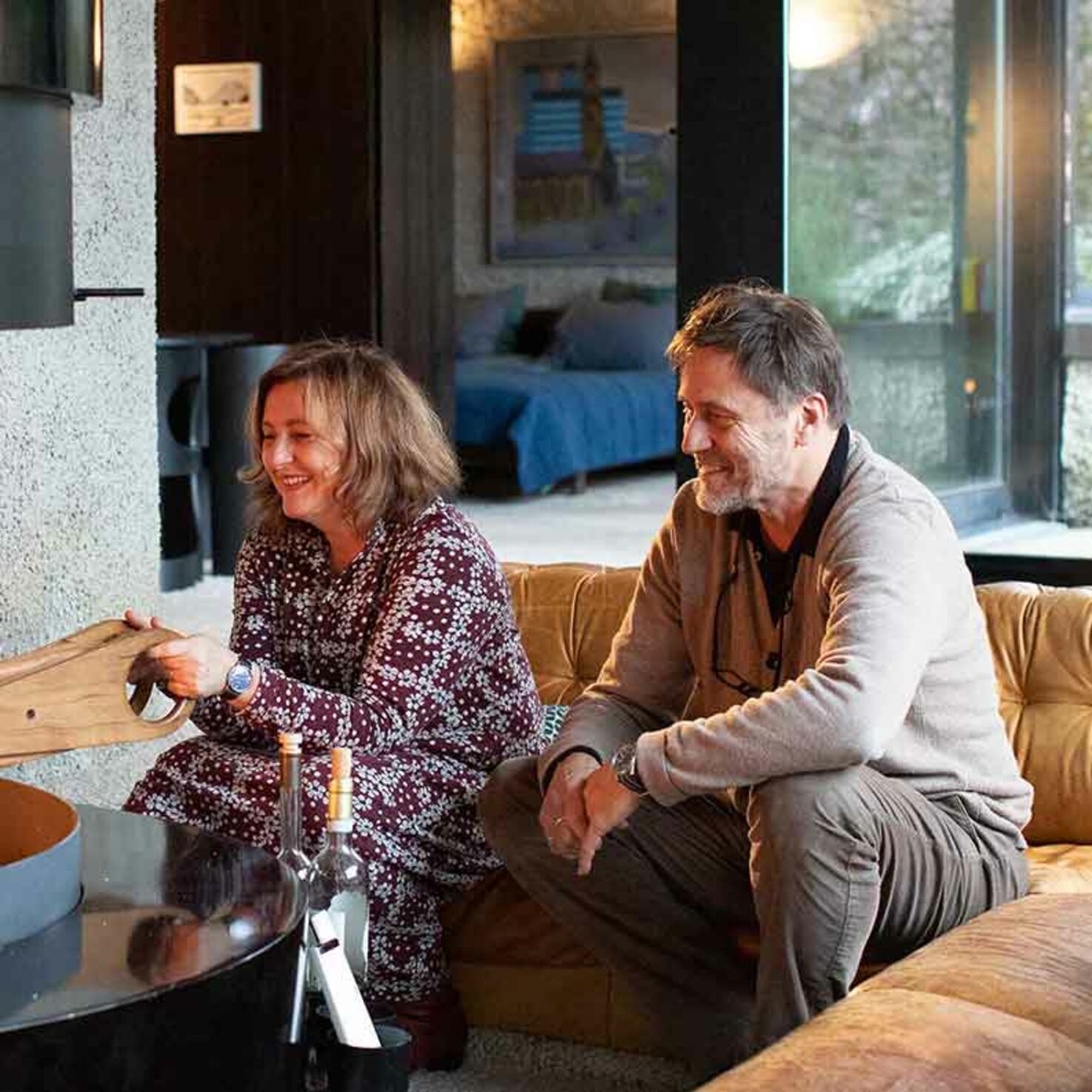 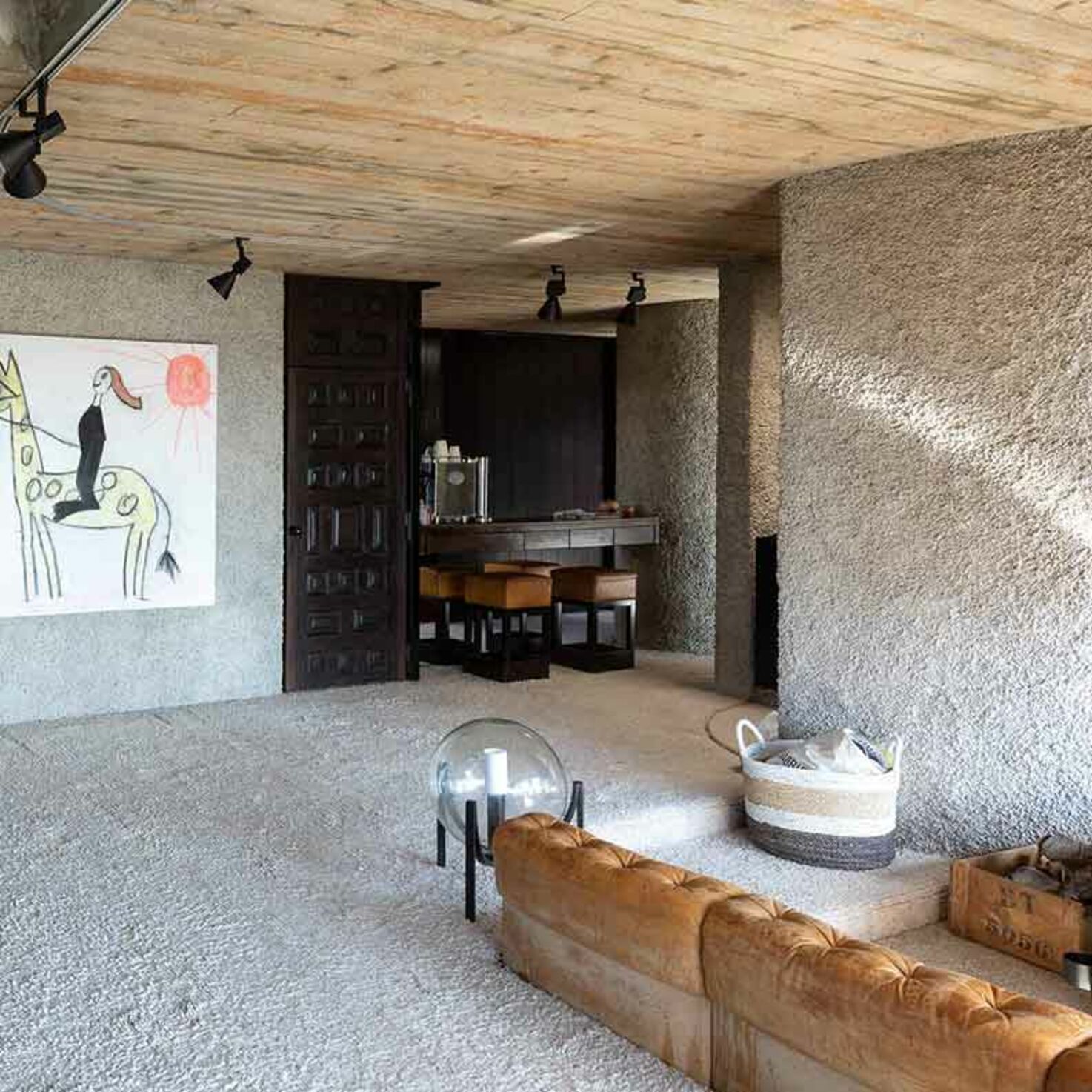 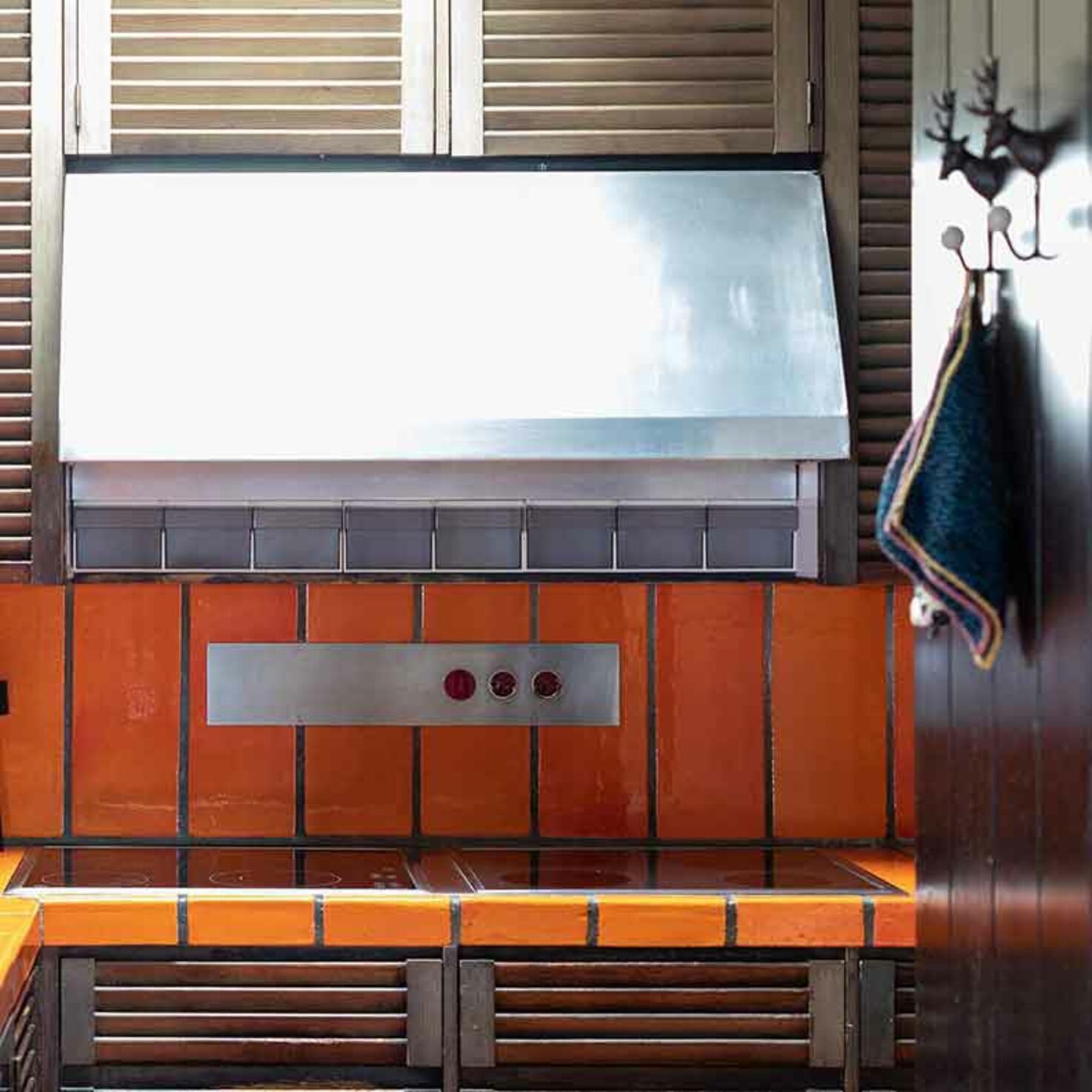 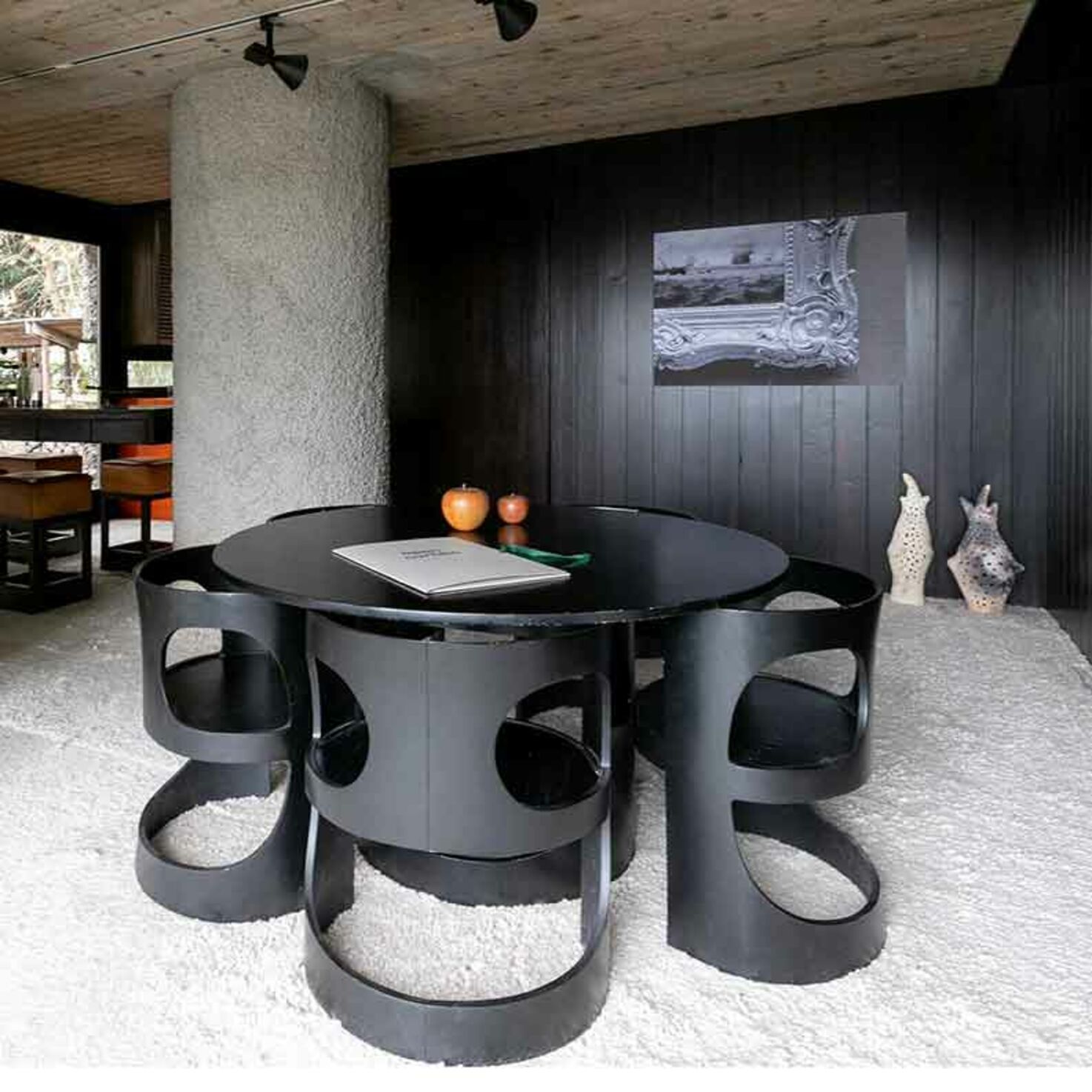 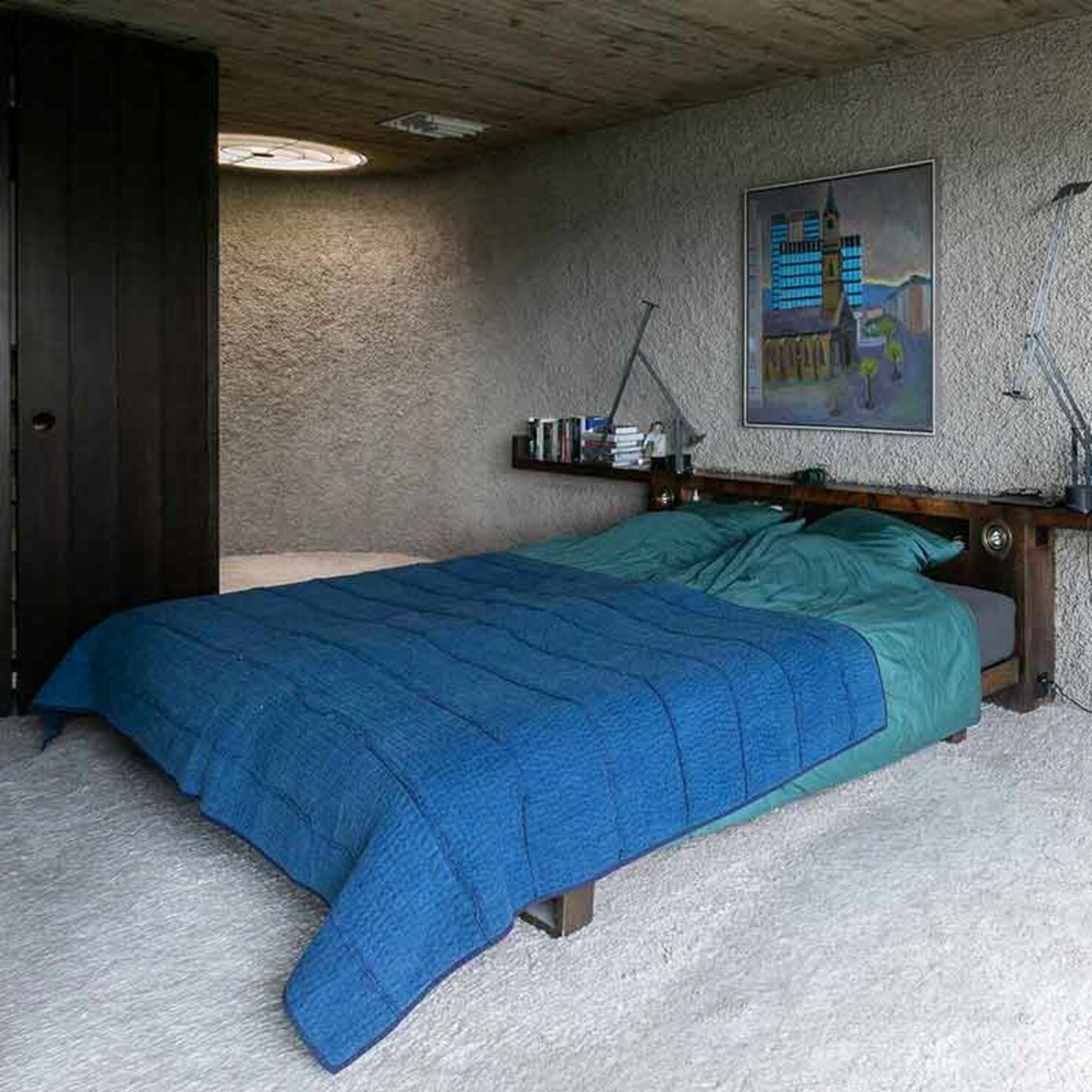 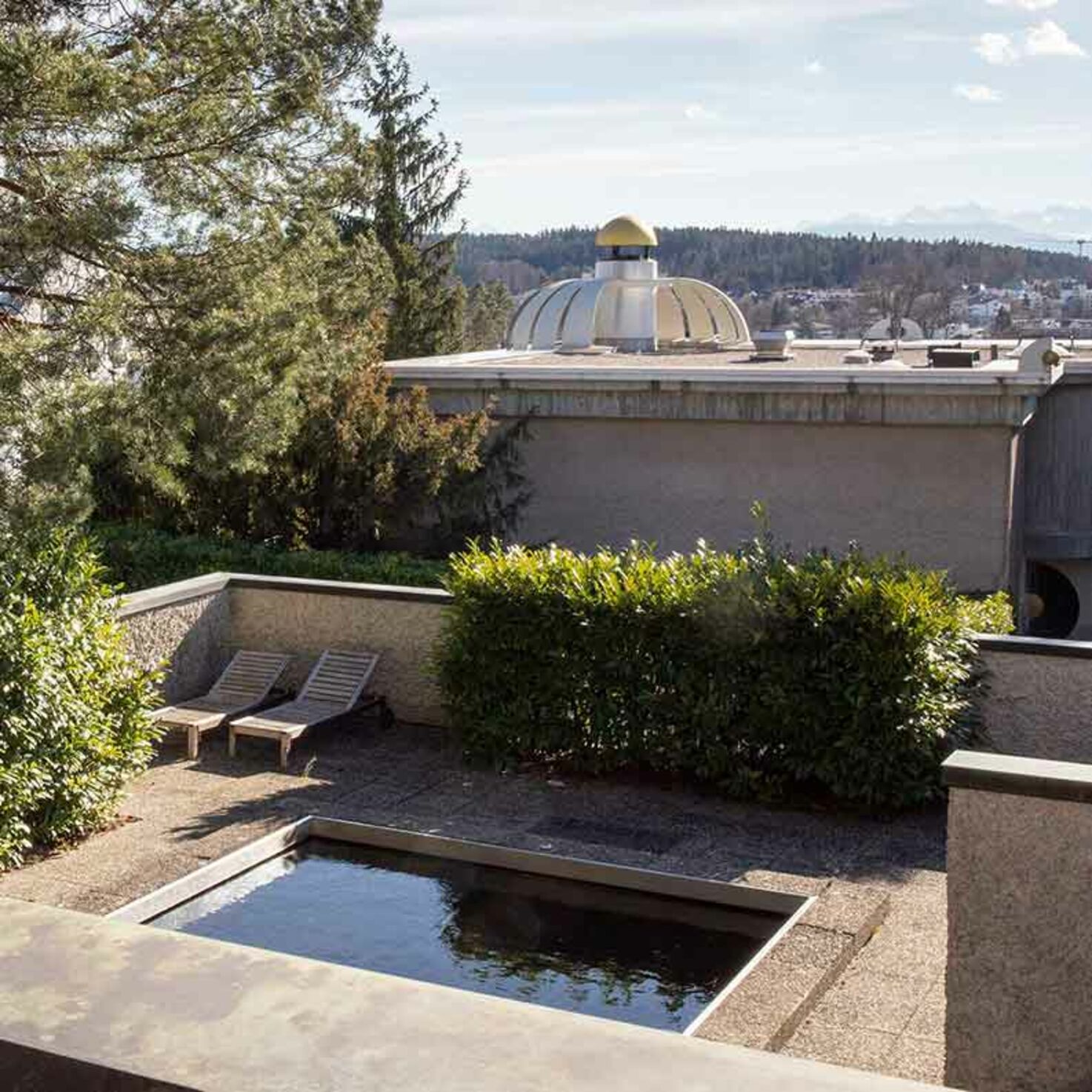 ‘The house never ceases to surprise us’

Witikon is the location of a unique house built by architect Justus Dahinden as his family home. It is currently the residence of Marco Bakker and Dorothee Messmer. The couple love its well thought-out ’70s architecture – and its location on the edge of the city. Unfortunately, their days in Witikon are numbered.

Bus line 131 ends at Kienastenwies. Here, on the edge of the city, there’s a large retirement home and the usual new housing estates. But Witikon also has a treat for lovers of architecture: Villa Dahinden on Kienastenwiesweg. Last time it was opened up to the public, it attracted more than 1,000 visitors. ‘We never expected that,’ says Marco Bakker. For the last two years, he has lived here with his wife, Dorothee Messmer, and their terrier, Moritz.

Dorothee and Marco never imagined they would actually live there.

Before Marco and Dorothee moved in, it was the home of Zurich architect Justus Dahinden. He built the house for his family of five in 1972, possibly inspired by Frank Lloyd Wright’s legendary Falling Water House. In Witikon, he created a multi-level house that flows out to a terrace and swimming pool. The children’s bedrooms are on the ground floor, while the kitchen, master bedroom and large living area are upstairs.

‘The house really does have everything we need.’

‘The house is designed for visitors,’ says Marco. There is room for ten people to sit around the open fireplace – ‘the campfire’, as Marco calls it. There’s also a huge outside area. ‘I always imagine women out here in the summertime, drinking cocktails in their floaty dresses,’ says Dorothee. She is the director of the Olten Art Museum, while Marco is an architect and teaches design at the EPF in Lausanne.

The couple became aware of Villa Dahinden a few years ago because their dog-sitter lives nearby: ‘We realised we were interested in the house.’ Dorothee and Marco never imagined they would actually live there, but in 2017 they had an opportunity to sign a short-term rental contract.

Dorothee says: ‘It was like moving into a hotel.’ She and Marco only took a few pieces of furniture with them, including a dining table and their Eames lounge chair: ‘There was a chair like this in the living room when Justus Dahinden lived here.’ The TV is new but finding somewhere to put it was tricky: ‘In the ’70s it was the fashion to watch television in bed,’ says Dorothee. As a result, there was nowhere to put it in the living room. ‘But apart from that, the house really does have everything we need,’ she says.

The house still has a very ’70s decor, with lots of beige, brown and orange.

Dorothee is constantly surprised by how well everything has been thought out – even little things like the bathroom lighting and the crockery drawer. Only the kitchen is a little on the small side: ‘It was designed for one person, the housewife,’ says Marco. ‘The rest of the rooms are certainly unusual, but they’re totally liveable.’ The house has never been modernised, partly because Justus Dahinden used nothing but the finest materials. The only things that have been replaced are the electrical appliances in the kitchen.

Justus Dahinden used nothing but the finest materials.

‘The house never ceases to surprise us,’ says Marco. When you step through the main entrance on the ground floor, you have no idea how spacious it is upstairs. Downstairs, the rooms are smaller and the colours darker. The house still has a very ’70s decor, with lots of beige, brown and orange. ‘The colour scheme is very distinctive,’ says Dorothee. These days, people are used to having white walls, particularly in rented properties.

Before moving here, Dorothee and Marco lived in a loft-type apartment on Hönggerstrasse in Wipkingen: ‘It was anonymous, typically Zurich,’ says Dorothee. By contrast, Witikon feels far removed from the city, but in fact it’s very easy to get to. ‘I really love the location,’ she says, partly because of its proximity to the woods, where the couple enjoy going for walks with Moritz.

Dorothee and Marco have to move out at the end of the year as the house is being sold. ‘I’m sure the new owners will love the house – it’s like a sculpture,’ says Marco. He and his wife will be left with a small second home in Zurich.

They plan to spend most of their time in a converted 1960s building in Niedergösgen. ‘But it’s nothing like Villa Dahinden,’ says Dorothee. At least the floor in their new home will be a daily reminder of their time in Witikon – they have decided to lay a shag pile carpet, just like in Villa Dahinden. Dorothee smiles: ‘When I step on it, it’s like walking on air.’