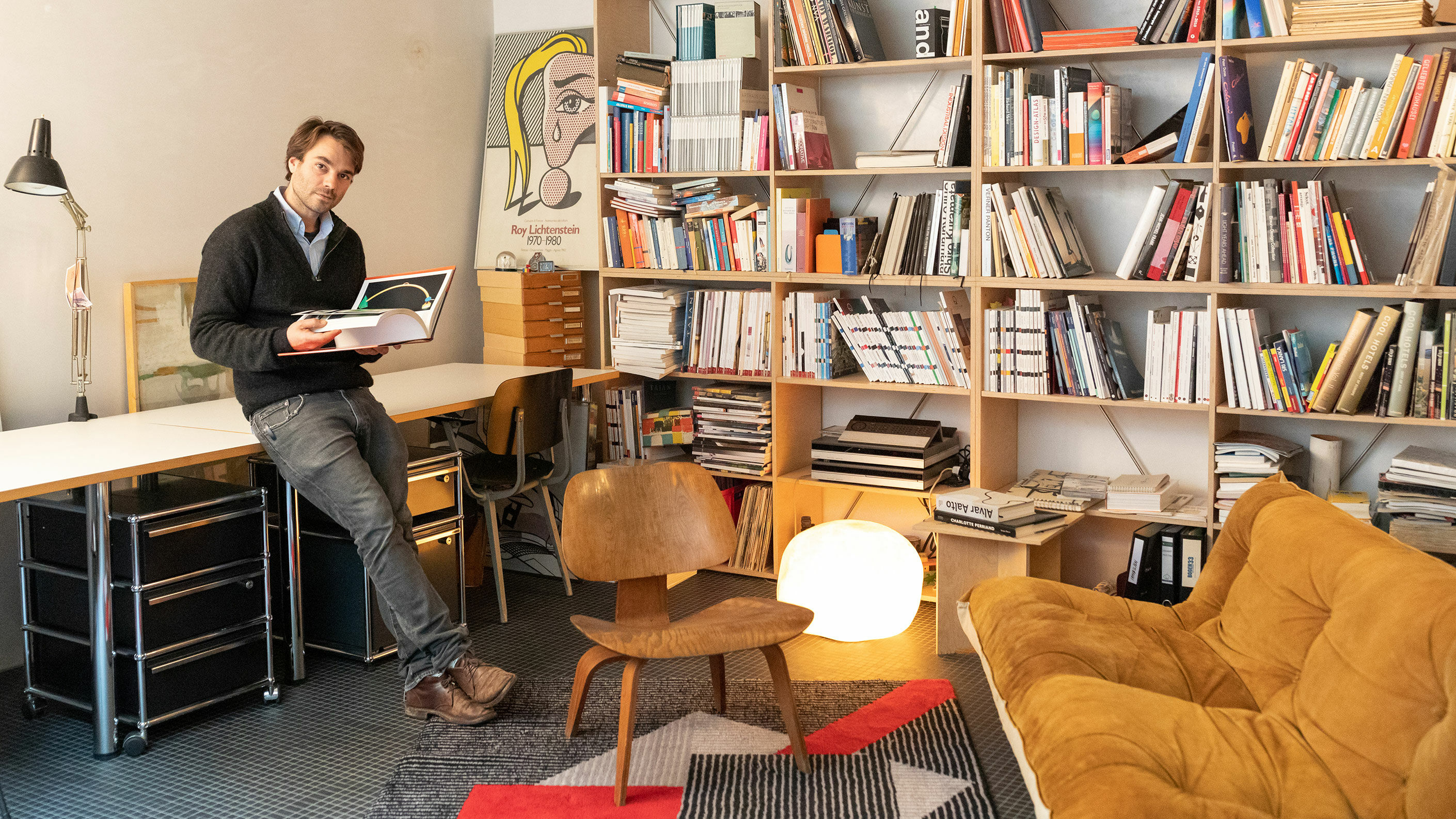 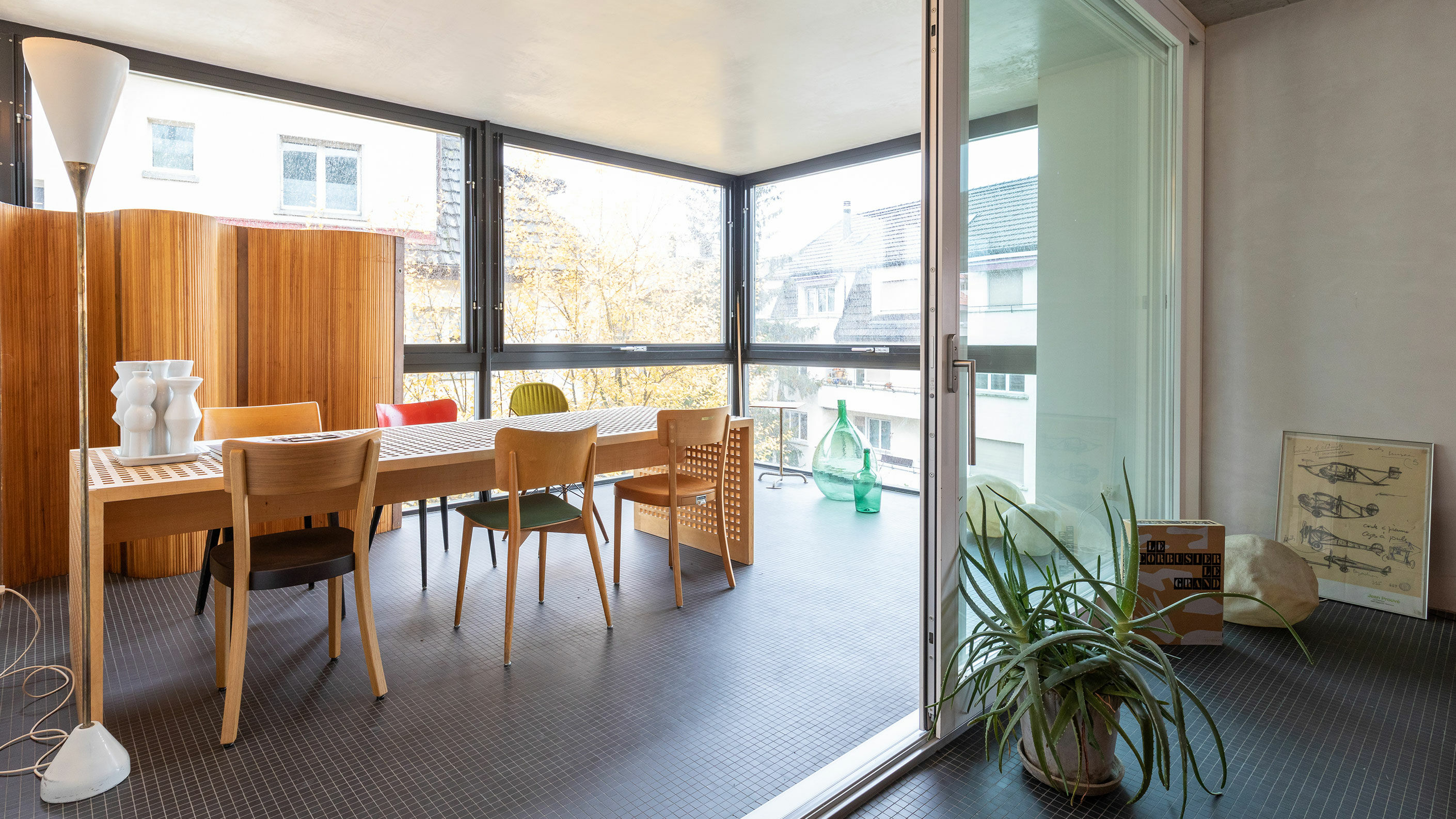 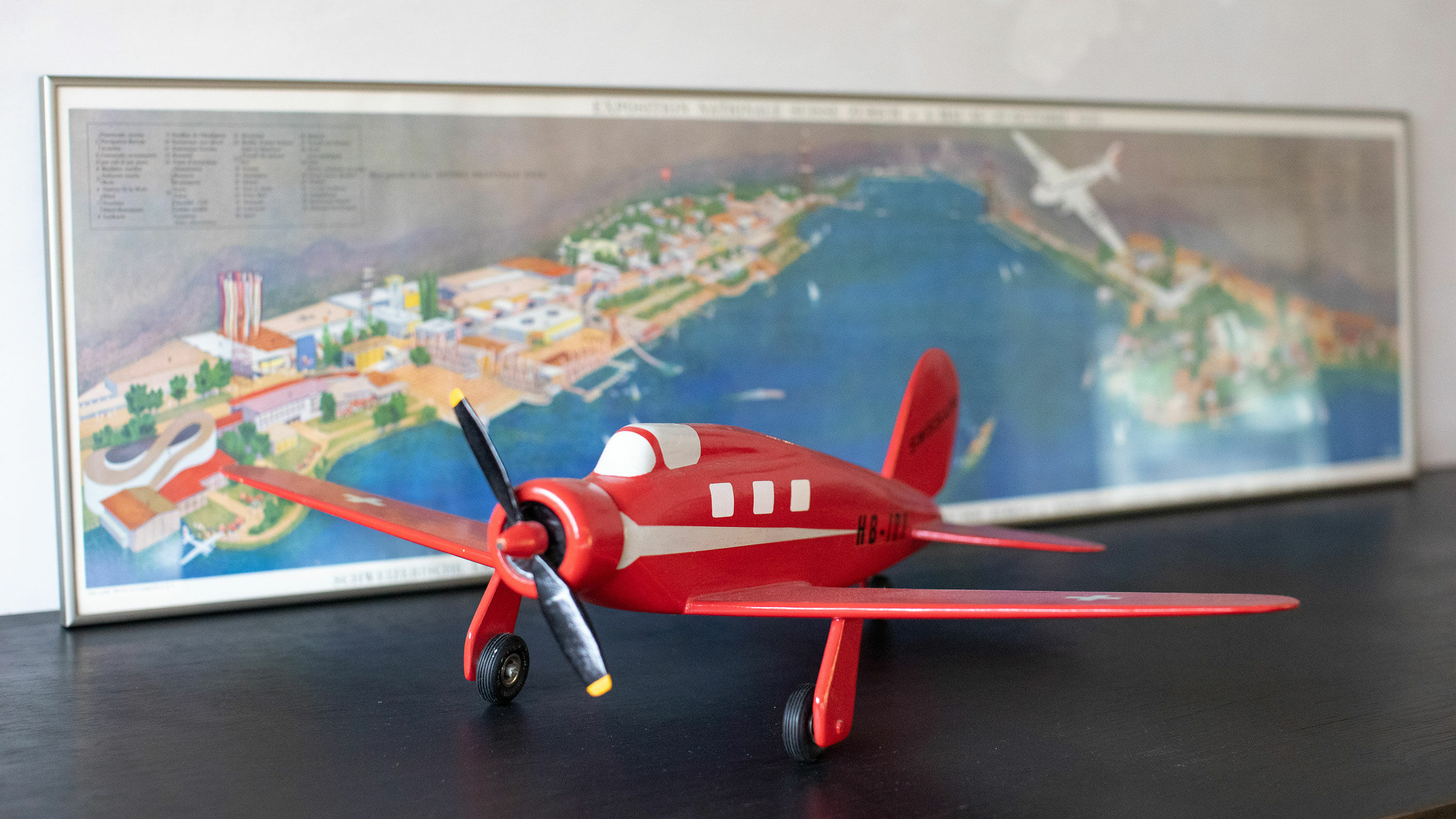 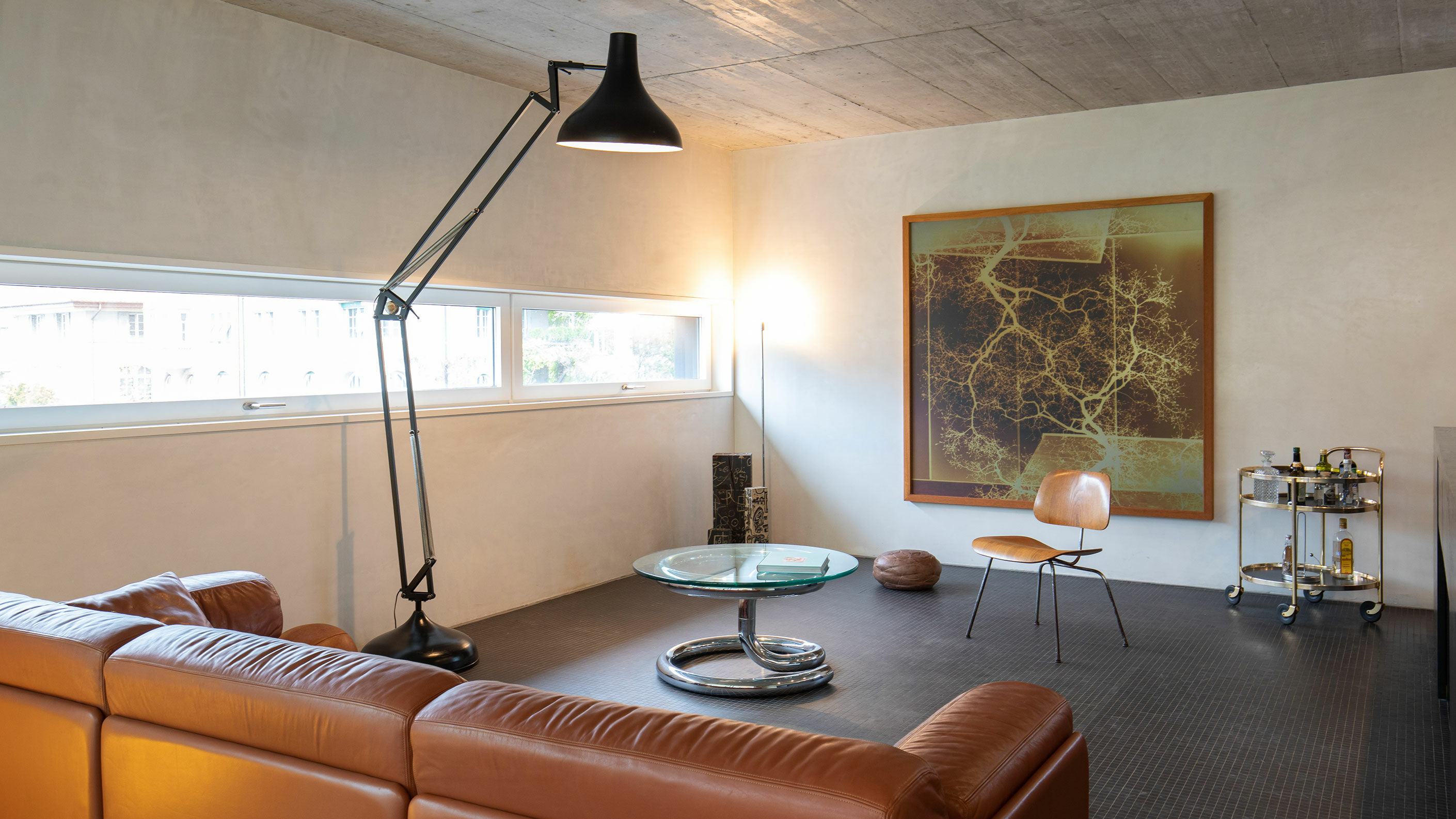 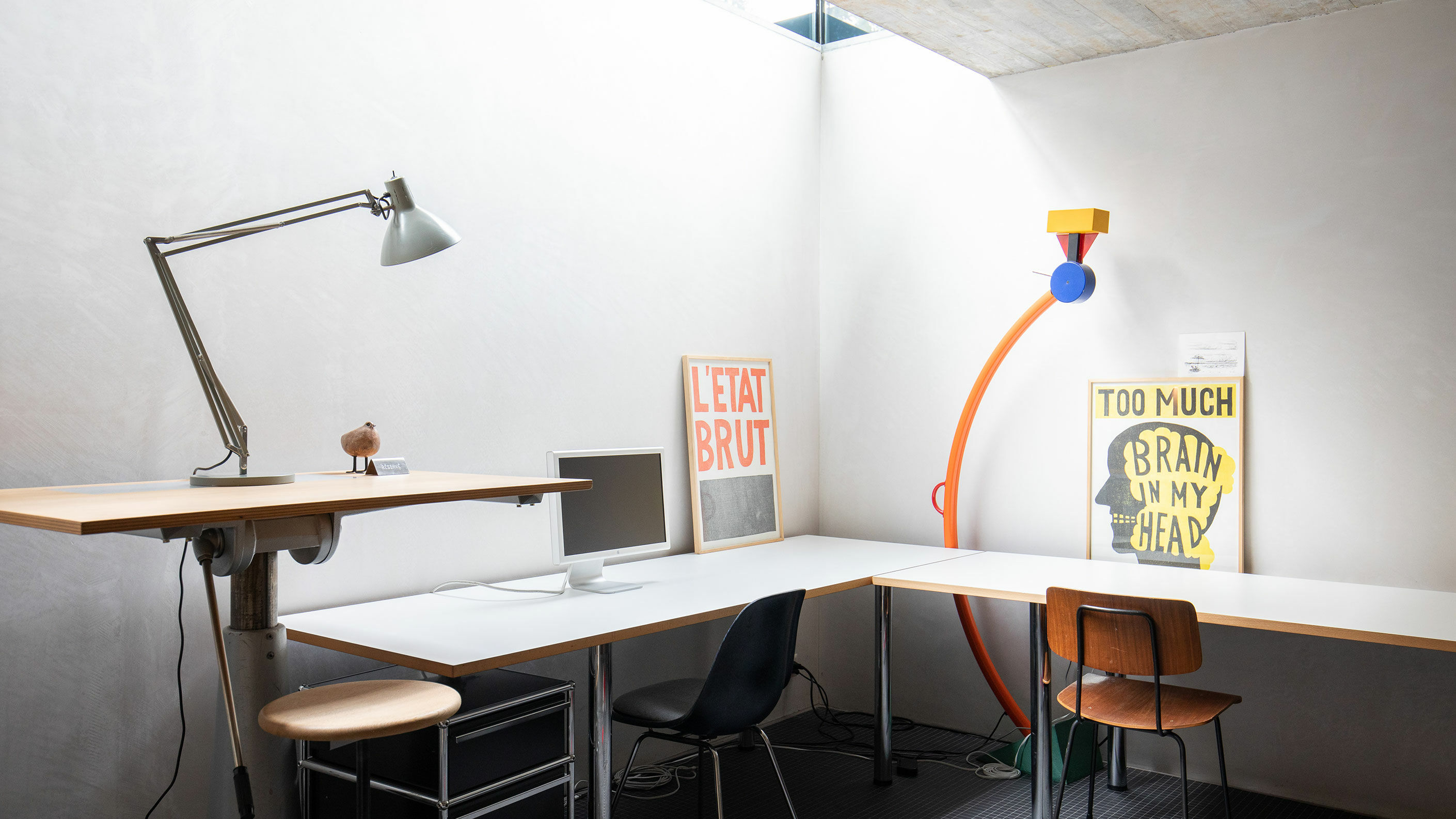 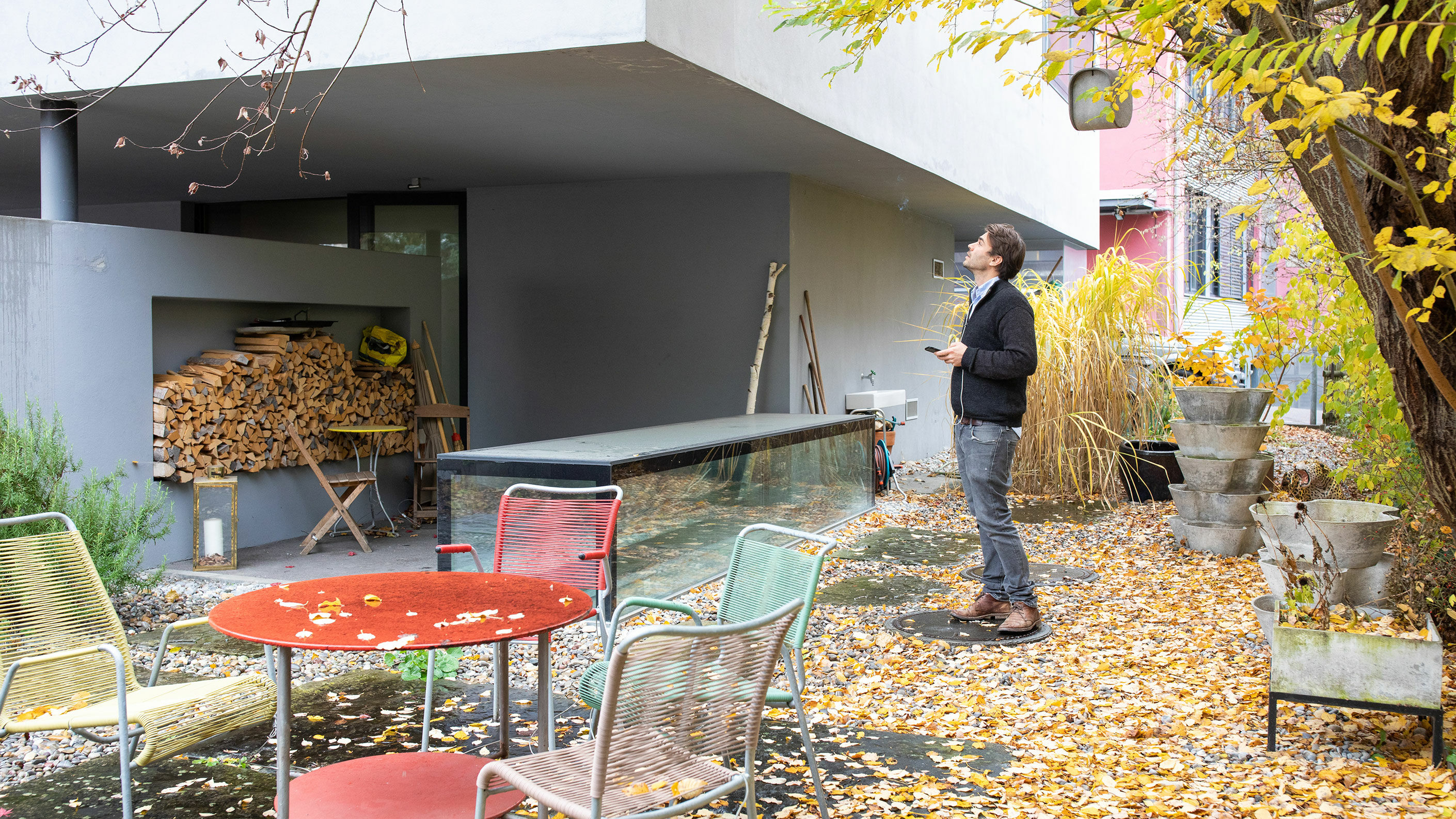 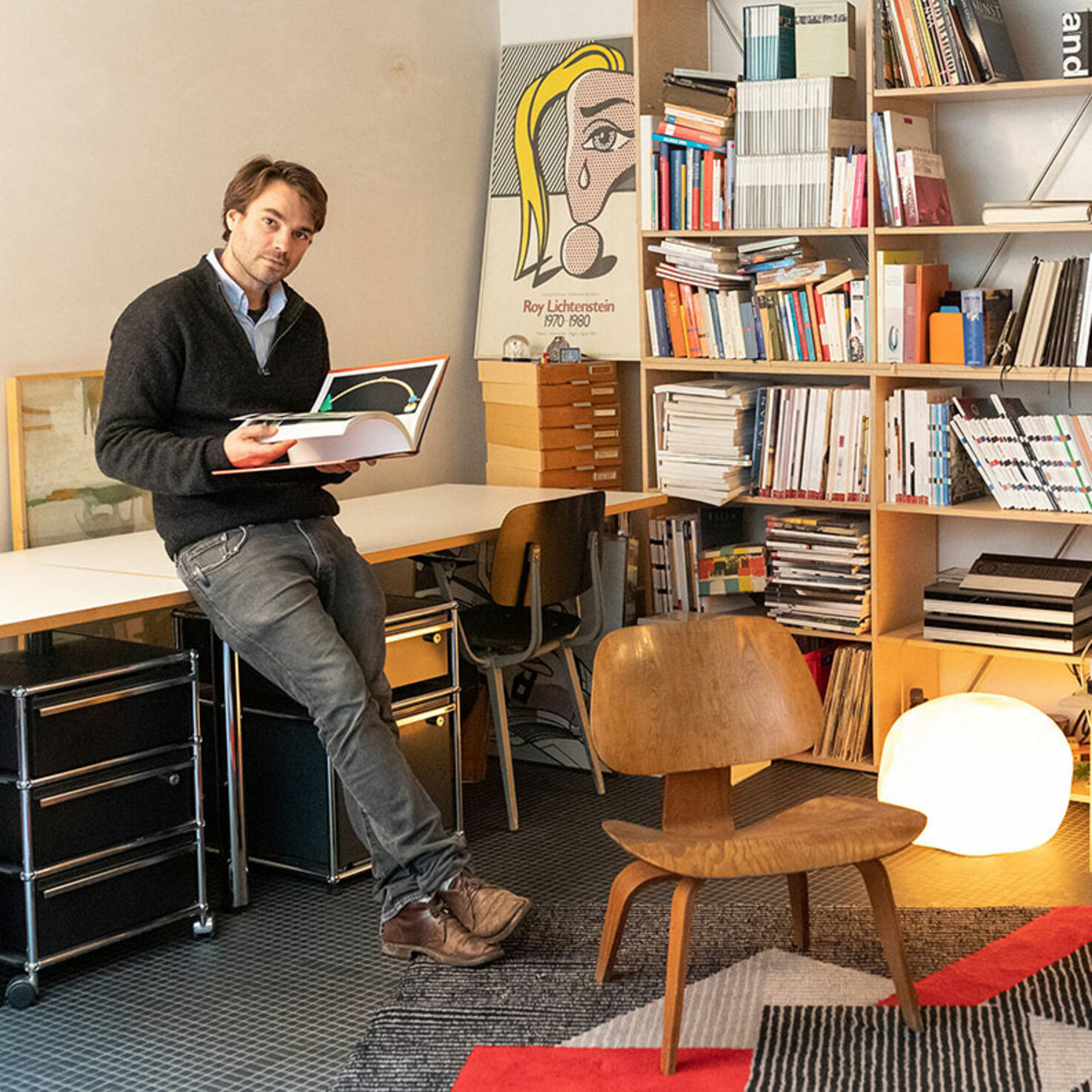 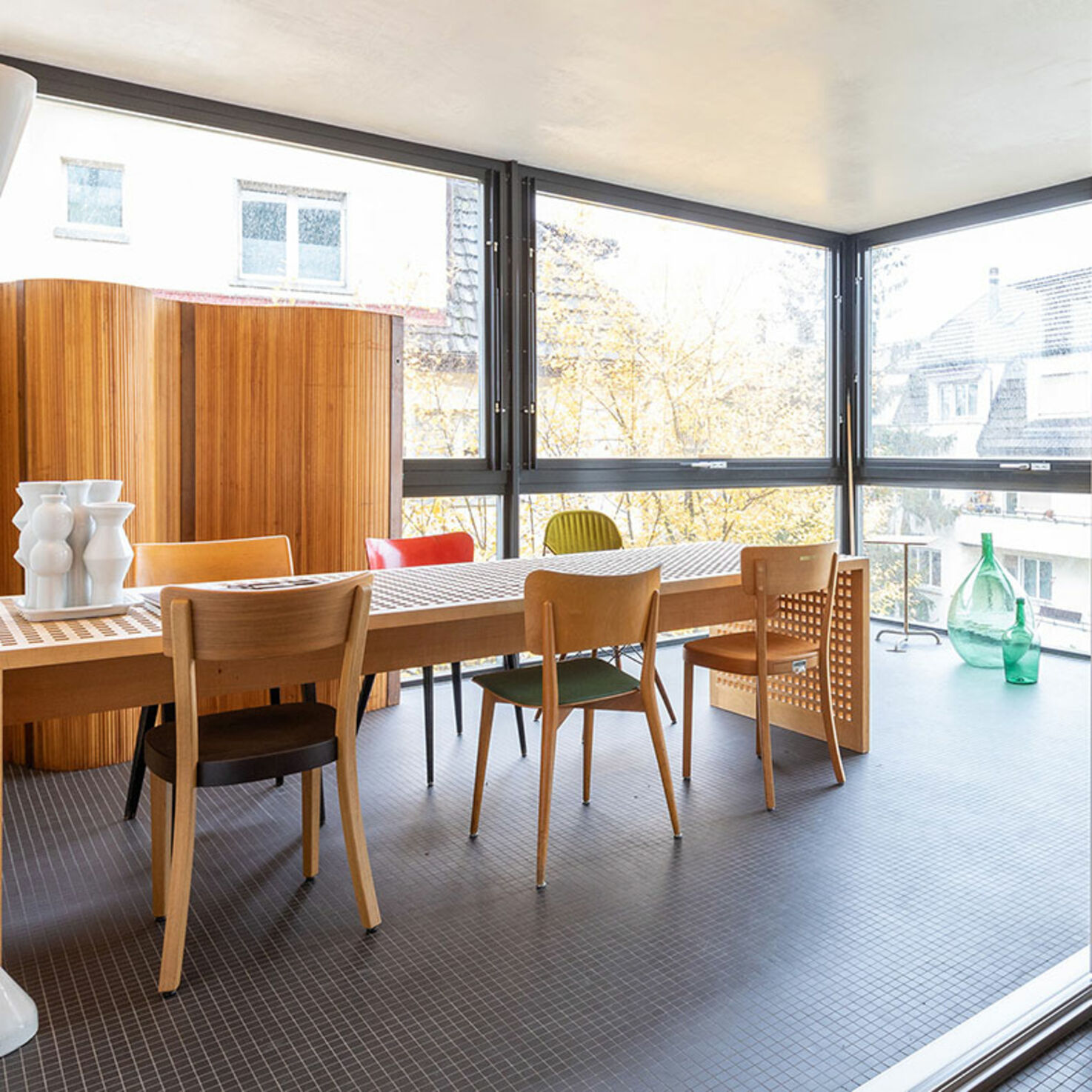 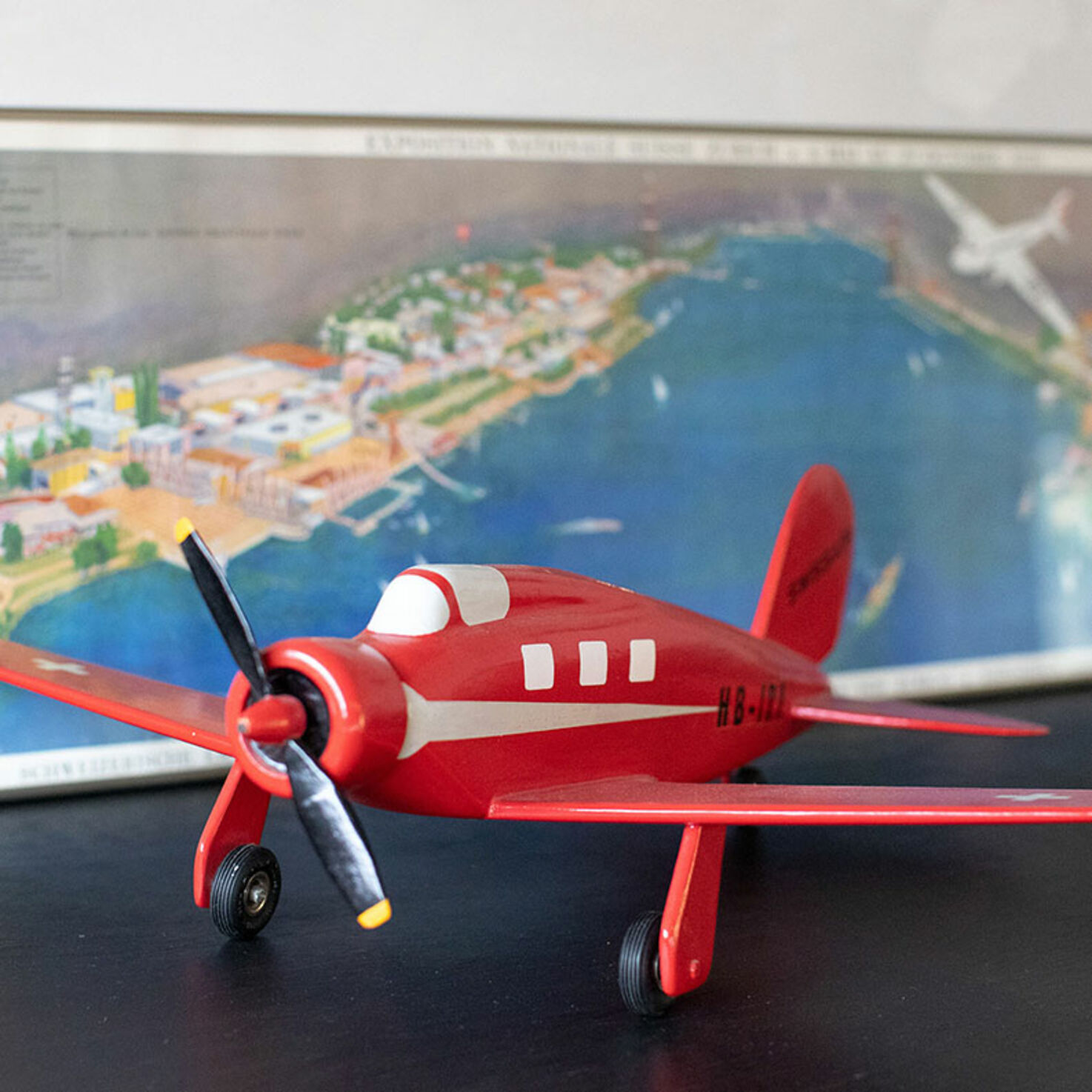 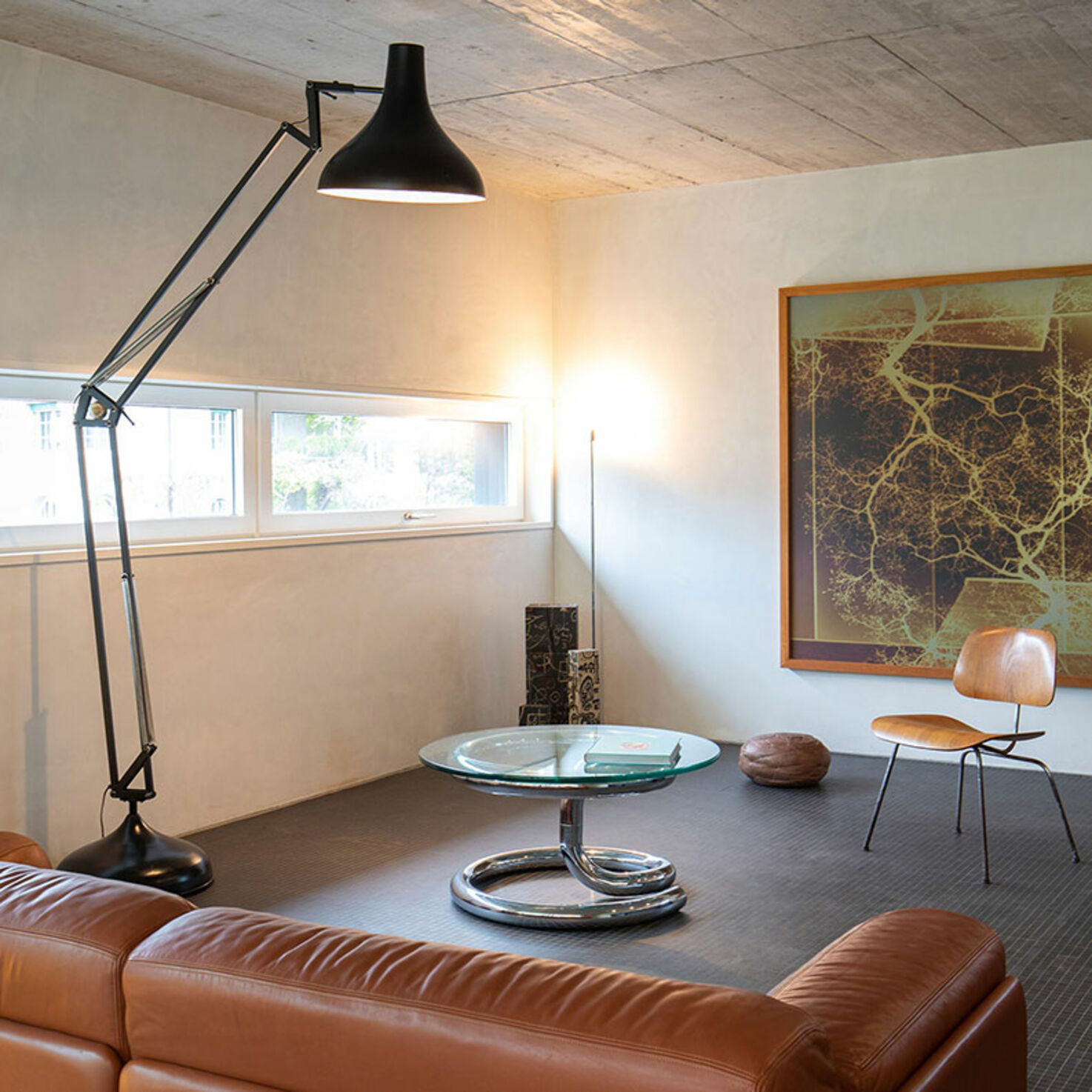 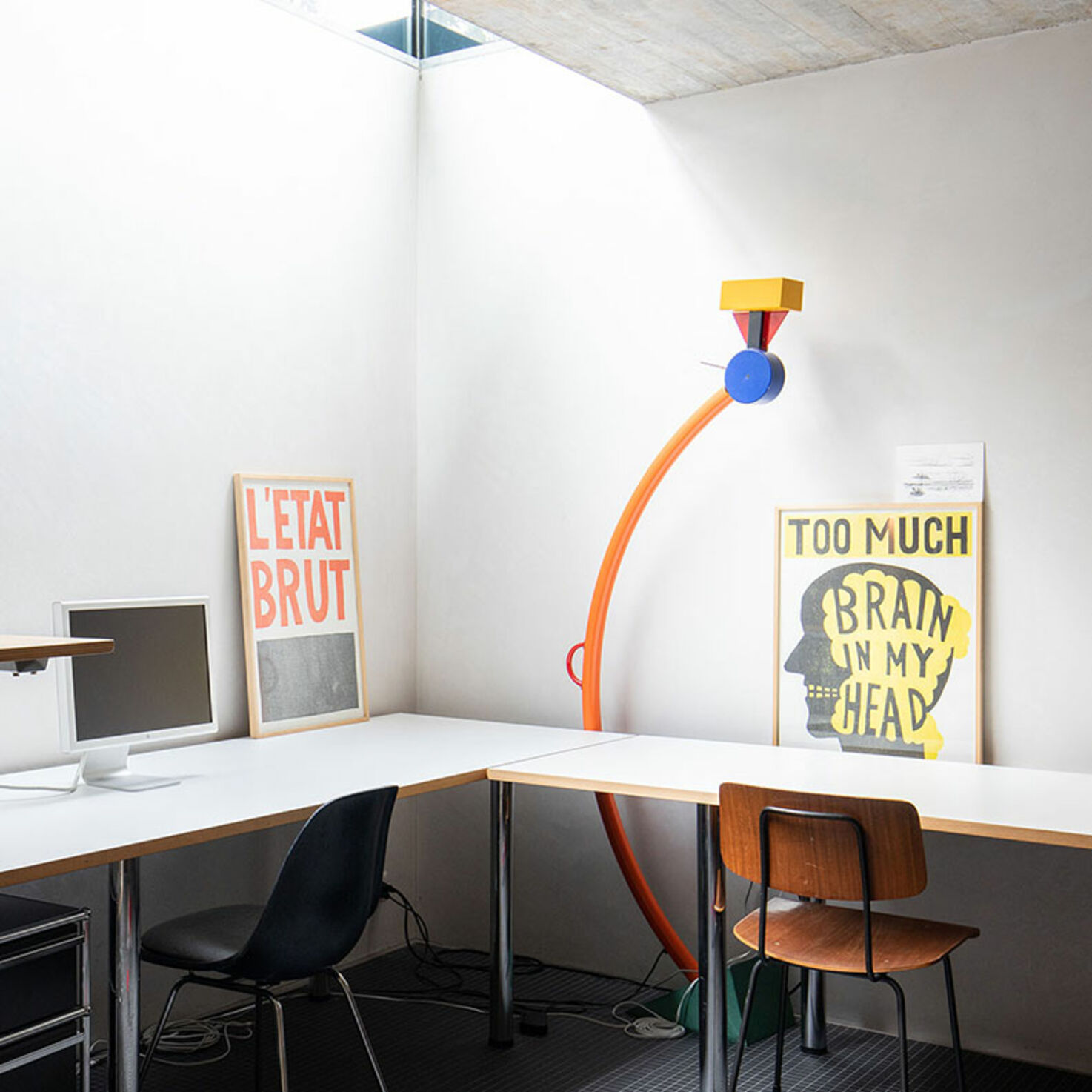 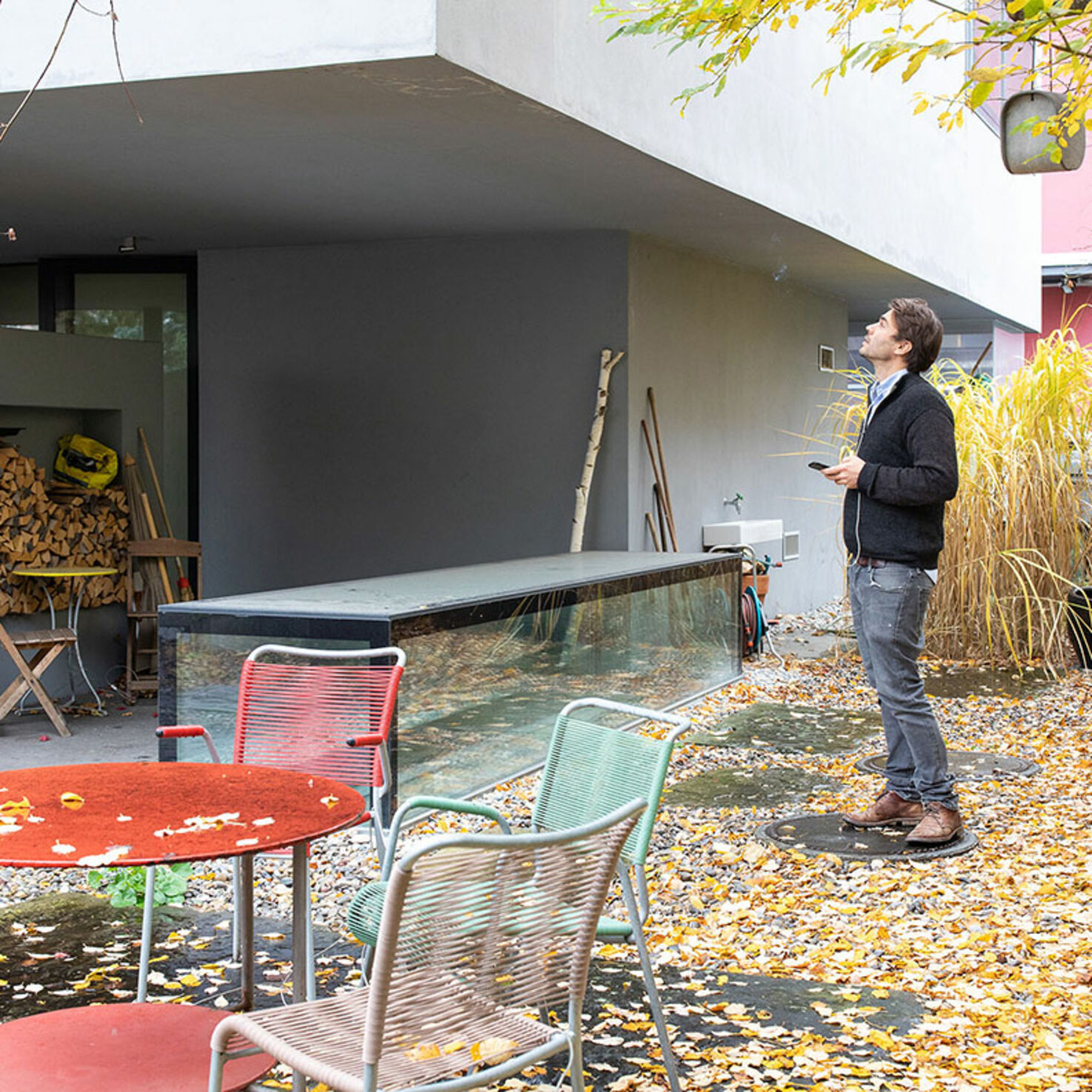 Bogen33’s founder Fabio Dubler has moved to a town on the lake. But before he left Zurich, the furniture dealer showed us around his home, a duplex in Wipkingen furnished with his favourite vintage pieces.

Fabio Dubler says he will never sleep in a box spring bed or shop in a furniture chain store. ‘I just couldn’t live with myself.’ Fabio has been selling new design classics and vintage furniture at his store, Bogen33, for more than twenty years.

His home has everything, from Bauhaus to 1980s designs.

‘It all came about by chance,’ he tells us. In the early 2000s, before the area was redeveloped, he was offered some retail premises under the arches of the railway viaduct. He asked his friends what they thought he should do with them. One of them suggested selling selected items of vintage furniture. Fabio liked the idea: ‘It was right for me.’ He already had a business studies course under his belt. One of Fabio’s grandfathers had been an upholsterer and interior designer, the other a building contractor, and his father was an architect. His mother – an artist – had a predilection for old furniture: ‘In fact, all the furniture at home was either a gift or we found it on the street.’

Fabio and his former partner scoured the local second-hand stores for suitable furniture and objects to sell at Bogen33. And they drove around the streets on days when people put out their unwanted furniture for collection by the local authority: ‘You could find some good stuff back then,’ says Fabio. It’s different now because people know the value of vintage furniture, which has grown in popularity over recent years. Fabio has benefited from this trend and opened more stores in addition to Bogen33. He comments: ‘Today, people are looking for unique, one-off pieces.’

Fabio also loves furniture that has a back story. His home is filled with a huge variety of classic pieces, including the Ultrafragola mirror by Austrian-Italian designer Ettore Sottsass. Fabio’s mirror is more than 40 years old, but the design is still in production. ‘But I don’t like the new one,’ he says. The plastic has yellowed on the old mirrors, ‘which makes the light look yellowish and more beautiful.’

But the furniture dealer still has a few dreams.

Fabio likes all kinds of furniture, from minimalist to ostentatious. His home has everything, from Bauhaus to 1980s designs: ‘This mix enhances my home,’ explains Fabio. He also likes it to be filled with colour.

‘I’ve got too much stuff really,’ he admits. But he doesn’t care: ‘It’s nice to be surrounded by pieces that have a history,’ He tells us that the really expensive furniture and objects tend to end up in his home: ‘They’re often hard to sell.’ But he’s not afraid of damaging these valuable pieces: ‘What’s going to happen to them at home?’

But the furniture dealer still has a few dreams, such as owning Umeda Masanori’s boxing-ring-inspired bed. ‘It wouldn’t actually fit into my current house, but that’s what collectors are like.’ Fabio recently moved out of the city to live in a nearby town on the lake. ‘I’ve been thinking about leaving Zurich for some time.’ Basel was one option, but Fabio wasn’t keen on commuting that far.abio wollte nicht so weit pendeln.

He says he doesn’t miss Zurich, partly because he goes there every day for work. But he still feels a little nostalgic at times, because this is where he has spent his whole life. He grew up in district 7 and spent the last twenty years in district 5: ‘I’ve moved around a lot, but I always stayed in the same area.’ Two years ago, he moved into the duplex in Wipkingen, where he and his girlfriend lived in 5.5 rooms over four floors.

‘The fact that the new owner adores it too makes it easier for us to leave.’

Fabio explains: ‘The building was inspired by Bauhaus architecture and very minimalist.’ The couple particularly loved the huge open-plan kitchen with attached loggia. He originally planned to stay there longer, ‘but the fact that the new owner adores it too makes it easier for us to leave.’ Fabio felt it was time for a change: ‘I just hate standing still.’