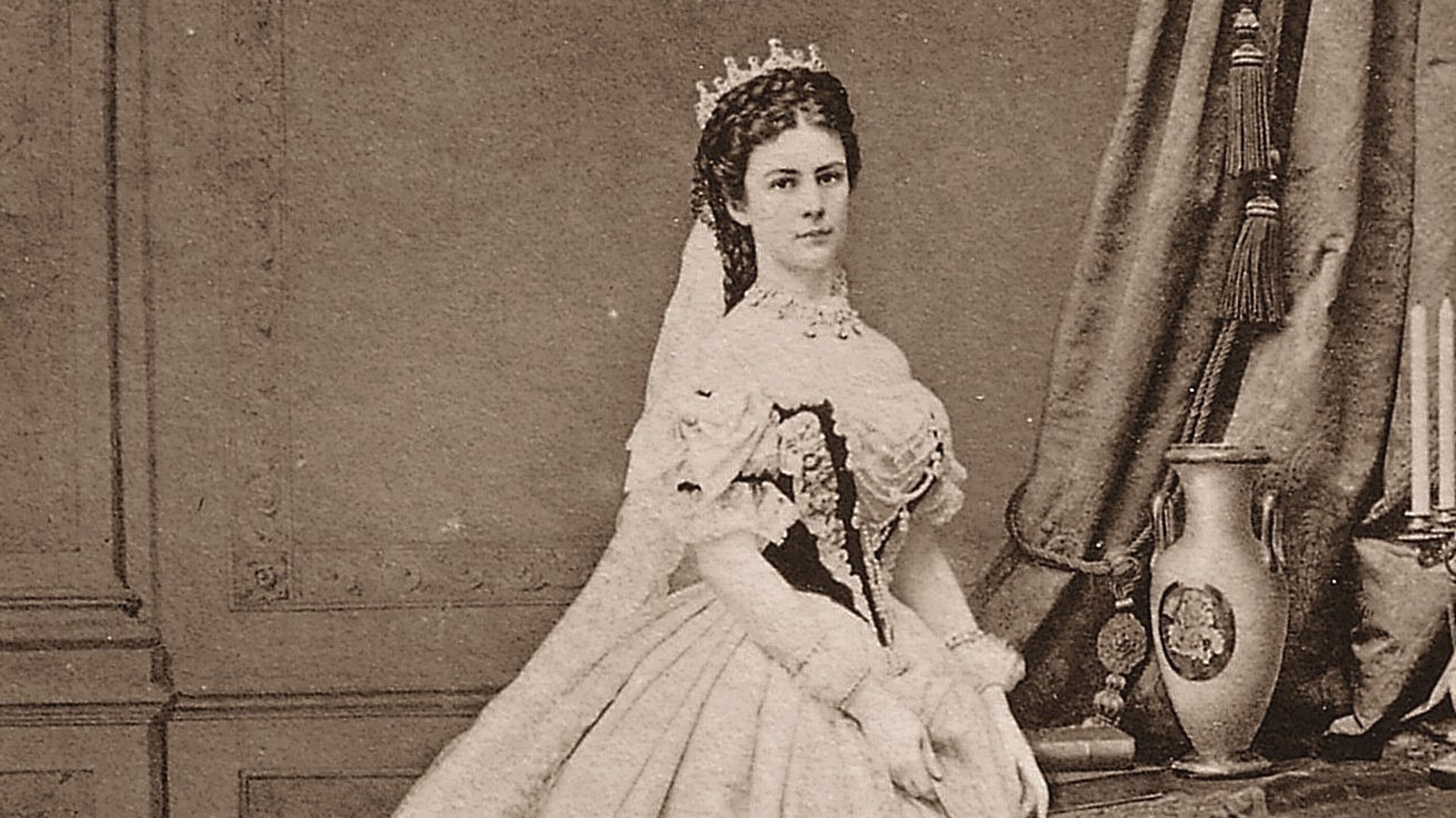 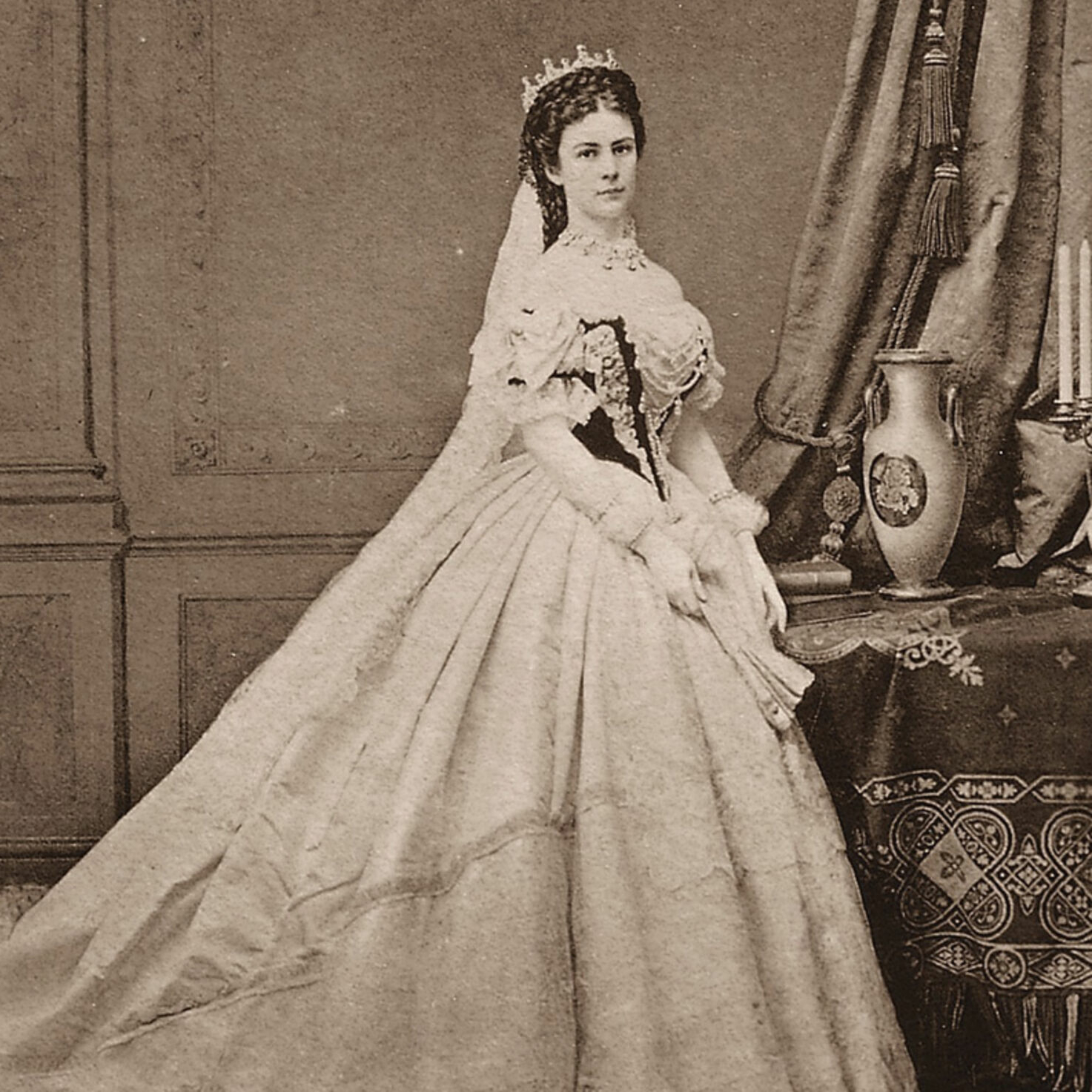 Elisabeth of Austria-Hungary was an empress, and a poetess as well. Why her personal notes are in Switzerland’s Federal Archives, and why they remained unpublished until 1984 ...

In 1890 Empress Elisabeth of Austria-Hungary directed that, once a 60-year blocking period had expired, her diaries were to be handed over “to the President of the Swiss Confederation”. On 3 July 1951, a locked strongbox containing the writings of ‘Sisi’ was delivered to Eduard von Steiger, the President of the Swiss Confederation at the time. Prior to that, the box had been kept by Elisabeth’s brother, Duke Karl Theodor of Bavaria, at Kreuth near Tegernsee. Following his death in 1909, the matter fell to his son Ludwig of Bavaria and, in June 1951, Ludwig got in touch with Karl Sebastian Regli, the Swiss consul in Munich.

The men had assumed they would find important documents in the strongbox.

Regli brought the valuable cargo to Bern, where it was opened in the office of the President of the Swiss Confederation. Those present – in addition to von Steiger, the Federal Chancellor, the head of the Administrative Affairs Department, the Secretary of the Department of Justice and Police Affairs and the Federal Prosecutor were also there – were probably a little dumbfounded when they saw the volumes of poetry written by the Austrian Empress. The men had assumed they would find important documents in the strongbox. Perhaps they also hoped to discover a farewell note from Crown Prince Rudolf. Sisi’s son had committed suicide at the end of January 1889.

The volumes of Sisi’s poetry presented something of a quandary for the Swiss politicians. What was to be done with the bequest of the Austrian Empress? Léon Kern, head of the Federal Archives, was called in and examined the quality of the texts. His verdict was clear: “D'une manière générale, ces poésies n'ont pas une grande valeur littéraire.” Kern went even further, saying that Sisi’s words had the potential to shock the faint of heart. He concluded that the writings could damage the reputation of the deceased empress: “En tout cas, elles n'ajoutent rien à la gloire d'Elisabeth.”

This article originally appeared in the Landesmuseum blog. It regularly covers fascinating stories from the past. For example ‘Rural sport, or urban commercial activity?’.

But Elisabeth did more than just fault-finding.

In her diaries, Sisi was critical of the Austrian court and the monarchy. She made no secret of the fact that she considered the monarchical form of government to be outdated. Believing that her liberal and anti-clerical writings would not have been well-received at home, and might even have been destroyed, she bequeathed her diaries to Switzerland after a long blocking period. But Elisabeth did more than just fault-finding; she also dabbled in poetry. She admired the acid-tongued German poet Heinrich Heine, and wrote poems in his style.

And on the North Sea’s surging waves
My beloved, you lay prone
Soaked with a thousand filaments
I have you, coated with salt and foam

Certainly Heine could do it better. But what to do with the bequest of an empress? Especially since the empress in question had asked that her poems be published and the proceeds donated for the benefit of “political prisoners and their dependants in need of help”. The Federal Council hesitated. Finally, a letter was composed to Ludwig of Bavaria, in which Eduard von Steiger asked the Duke to come to Bern to “discuss this dilemma with us”. The goal of the Swiss government was clear. It wanted to prevent the publication of the diaries, because “the bigger concern then arises of whether publishing these writings might not be detrimental to the memory of the Empress, a circumstance which we would seek, out of respect also for the royal house of Bavaria and Austria’s royal dynasty, to avoid”.

The royal house of Bavaria consented to the Confederation’s plan, and so the personal notes of the Empress disappeared into the Federal Archives. There – just as intended – they faded from memory. In November 1977, a request was received from Jean Rudolf von Salis. A former history professor at ETH Zurich, von Salis asked for access to the Empress’ documents. Not for himself, but for a young historian: “It would be her wish to have access to look through the Empress’ literary estate, currently held under seal by the President of the Swiss Confederation.” The request was examined carefully, and finally judged to be legitimate. The matter was passed on to the Federal Council. But one key piece of the mosaic was still missing: the Bavarian Duke. Ludwig had died in 1968, so Federal Councillor Hans Hürlimann approached his successor, Max Emanuel. “We take the liberty of asking whether you have any objections to our granting access”, Hürlimann wrote to the Duke on 10 February 1978. The Duke had no objections.

Hans Hürlimann (left) during the state visit of King Juan Carlos in 1979.

On 1 December 1980, the Federal Council approved the publication of the Sisi diaries.

The German-Austrian historian Brigitte Hamann quickly made the decision to publish Sisi’s notes. On 1 December 1980, the Federal Council approved the publication of the Sisi diaries. However, nearly 30 years after the box was opened the memory of the Austrian Empress still had to be protected. The Swiss government therefore made publication of the Empress’ writings subject to certain conditions: it had to be strictly for academic purposes. The Federal Council would not countenance “any mainstream or journalistic broadcasting” of the bequest. In addition, any proceeds were to be remitted to an aid organisation, according to Sisi’s wishes.

The poems of Empress Elisabeth of Austria-Hungary were published in 1984, and are still available in bookshops today. A share of the proceeds goes to the UN refugee agency, the UNHCR. A decision made by the Federal Council in 1980, respecting Sisi’s final wishes.