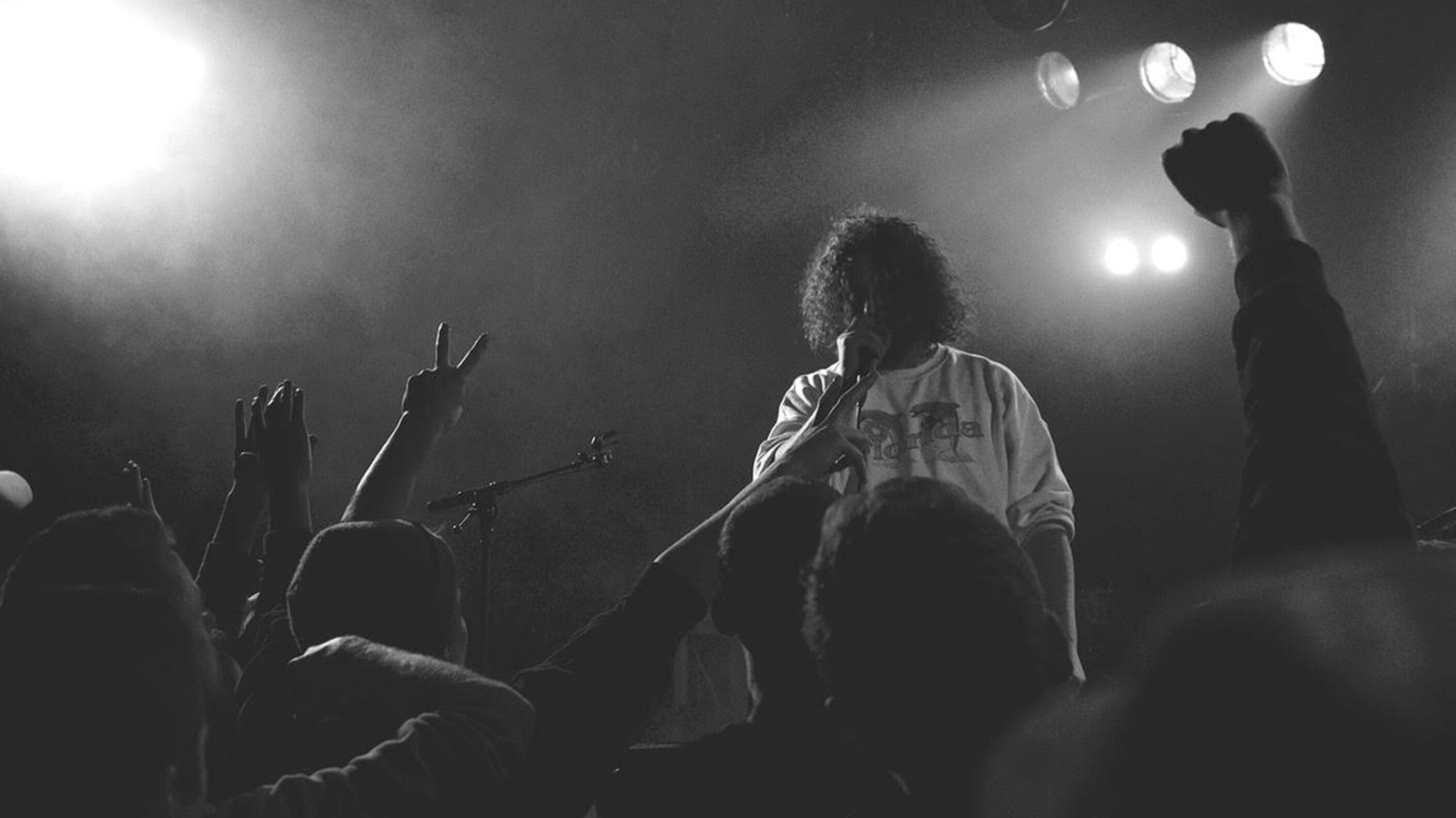 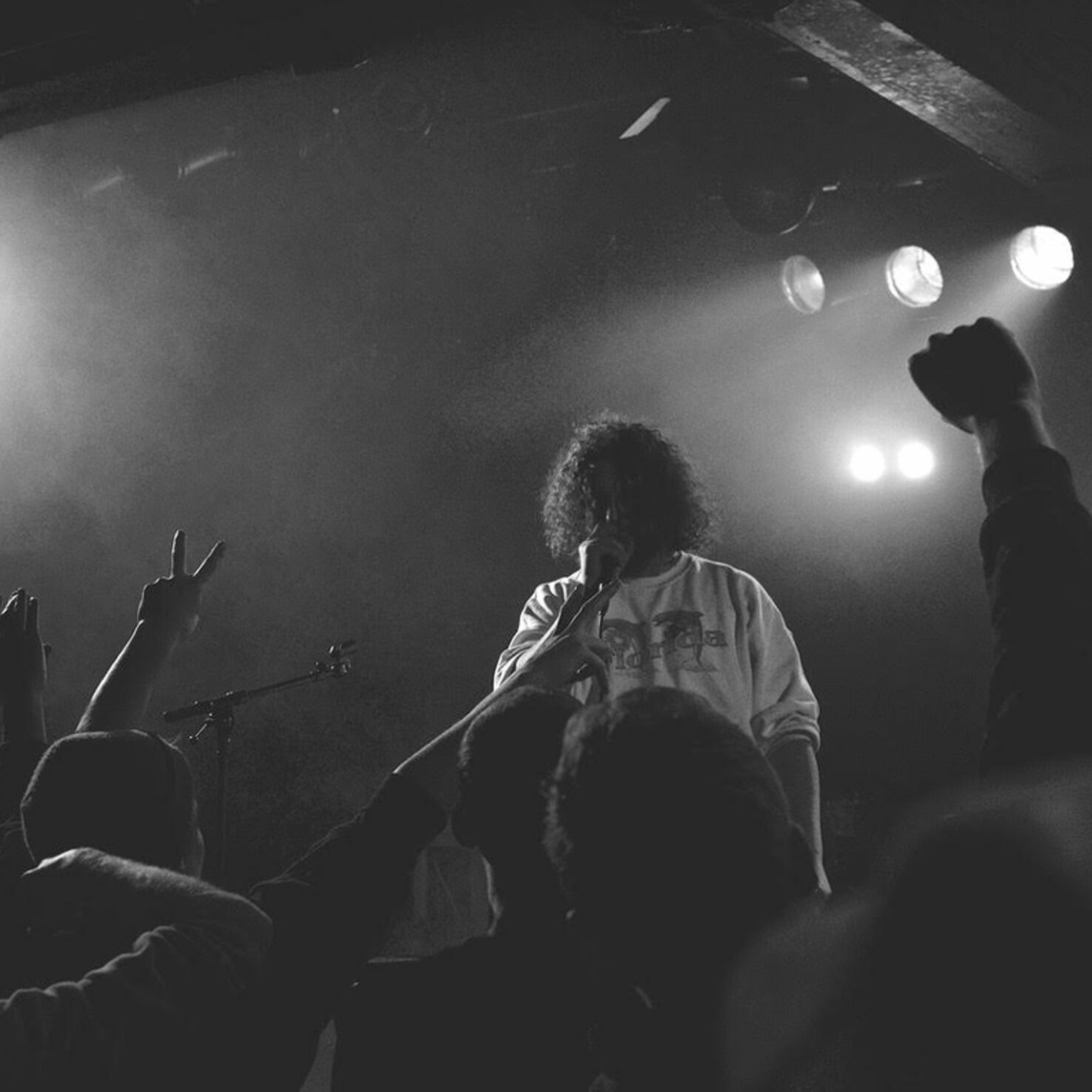 Zurich rapper Skor adapted Jay-Z’s classic hit Empire State of Mind to create a Zurich version for an unplugged concert, and in doing so created an anthem for the homecomers and the homesick.

But who wants to go to Romanshorn? What is there to do in St. Gallen if the mummies at the Abbey Library are enjoying a good night’s sleep? Daniel Bachmann, aka Skor, grew up in Horgen, became a rap legend in Zurich and wrote a song in 2011 that, as many people believe, should replace this outdated announcement: Willkomme in Züri (Welcome to Zurich).

The chorus is so big and bold, so simple, so catchy, so well borrowed and adapted that everyone who hears it will get it stuck in their head. Unlike Empire State of Mind by Jay-Z and Alicia Keys, it’s describing Zurich rather than New York. Skor, Tinguely and E.K.R. submerge in the imagery of their natural habitat, Langstrasse. They describe the juxtaposition of joy and suffering, partying and prostitution, from exhilaration to a total turnoff.

It’s still a way off becoming the public transport announcement, but over the last ten years, countless school trips and individual journeys of people under the age of about 40 have ended with this song. It’s a song for the homesick and those returning home, to be bellowed in unison as soon as you make visual contact with the city limits. The 450,000-plus views on YouTube alone are testament to this.

‘It was definitely a different time for Langstrasse – and for me as well.’

Skor: Very quickly. The lyrics for the verses already existed from when we tried it out in 2011 for an unplugged concert at the old Bazillus jazz club. My guitarist Nici Sciarrone and I decided to do something based on Empire State of Mind. We worked on the chorus together. We quickly came up with ‘Willkomme in Züri’ and the rest came a few minutes later. Huge thanks to Nici for that!

How soon did you know that you weren’t going to do it alone but with Tinguely and Eki?

That’s a myth! The song existed way before the version with Tinguely and E.K.R. After the Bazillus gig in February 2011, it was a regular part of my set.
Kalabrese came up to me in Bar 3000 after a concert and asked whether he could release the song as a B-side to Sihltal. Obviously, that was a real ego boost for me. However, he had to rearrange and record the music for it. He also said: ask a couple of other rappers. The choice of Tinguely and Eki was somehow obvious.

How would you describe the lyrics: a tribute to the melting pot of districts 4 and 5, where joy and suffering coexist?

The song came about at a time when I would hang out on Langstrasse until the early hours. That’s where you would certainly see how joy and suffering coexist, meaning those who party and those who really aren’t doing too well any more. Of course, that’s also to do with how the neighbourhood is changing. I experienced it first-hand.

‘I think, no matter what, Zurich is a city where you can switch sides multiple times and still belong.’

Wow, I really didn’t know that! I think it’s become a Zurich anthem in a certain way. It speaks to all people, not just hip-hop fans. The chorus is easy for everyone to sing along with. And it normally happens totally automatically.

Why did you decide on the zoo animals for the video clip?

It was a relatively simple idea: Zurich is like a zoo. You can observe a huge number of wild animals here. We were also under some time pressure, and to film how we hang out on Langstrasse would have been rather dumb. I’ve never been a fan of performance videos. If you want to see me rap, come to my concerts.

‘Da chasch sii, was d’wotsch sii,’ (You can do what you want), the song says. Is Zurich the most liberal city in the world?

Hmm, tough question. I think, no matter what, Zurich is a city where you can switch sides multiple times and still belong.

How much do you actually make with 450,000 YouTube views?

Every song is representative of its time, shaped by circumstances. How 2012 is the song and where do you see the connection?

It was definitely a different time for Langstrasse – and for me as well. But that’s the case for every song that’s been around for ten years and is about a particular place. Things change. I don’t think everything that’s changed is that great, but fundamentally, I’m in favour of the development. Who wants things to stay the same forever?

Do you have an image in mind when you hear the song these days?

Yes, a very clear one: I’m sitting on the bench in front of the Longstreet bar on a Wednesday evening. Karim has just finished and we’re drinking one last beer. It might also be the penultimate one or the one before that.

What does the future hold for Skor the artist?

If only I knew. I made quite a lot of music during the pandemic. Some of the songs have already come out, others will follow. When and with what success isn’t quite as certain. That’s changed for me since 2012: now, music is my hobby. These days, I try to get stuck in to every song in a way that feels totally free.

How much do you actually make with 450,000 YouTube views?

No idea. But the wealth would be short lived. By the second night, Alicia would already have ripped off my silk bedding. That’s why it’s best to leave it.

Yes. I didn’t earn anything from it.

Would you have been able to register the song – after all, it’s ‘only’ the harmonies that are the same?

It’s very unlikely. But I’d have to ask my lawyer about it.