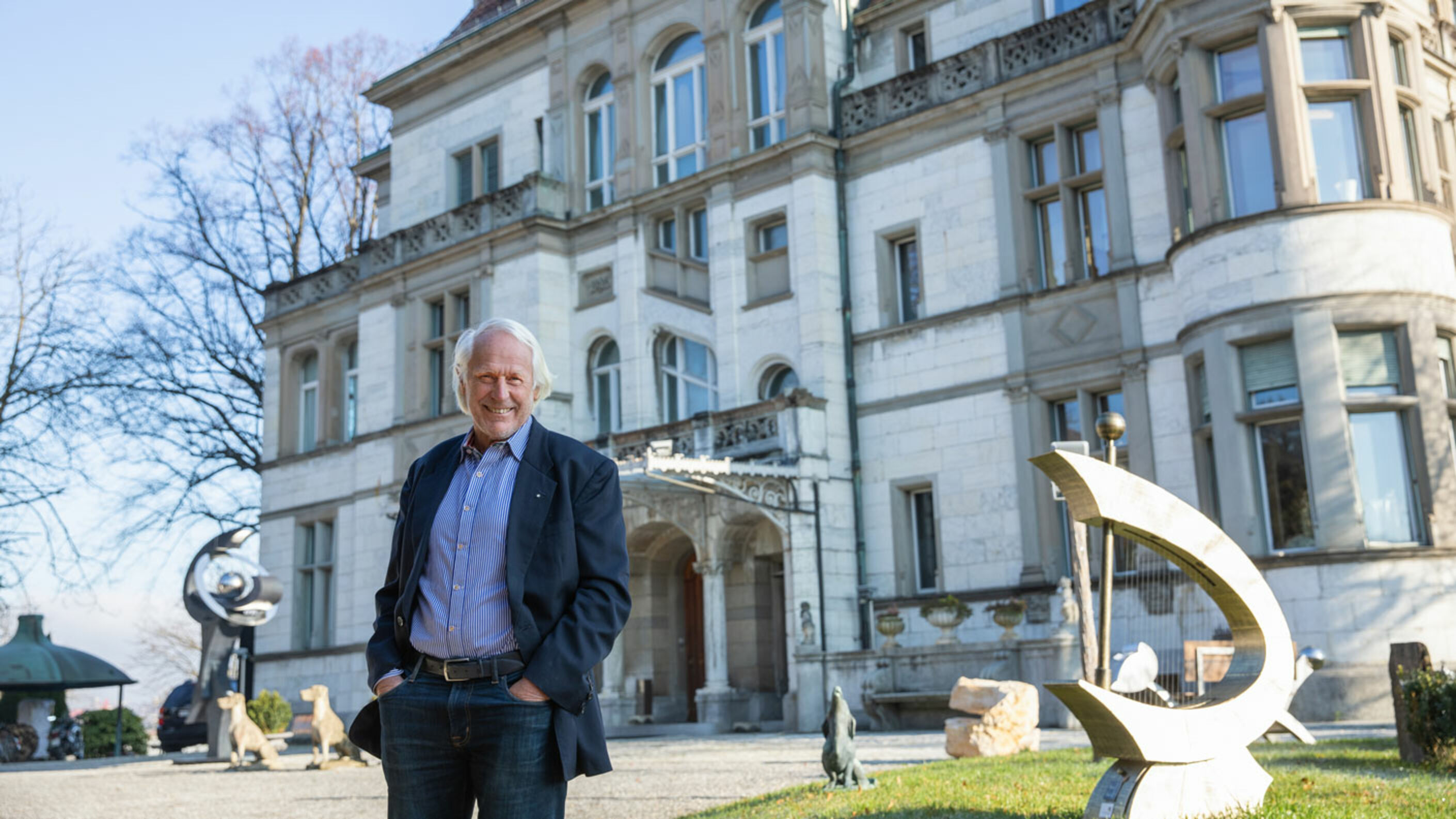 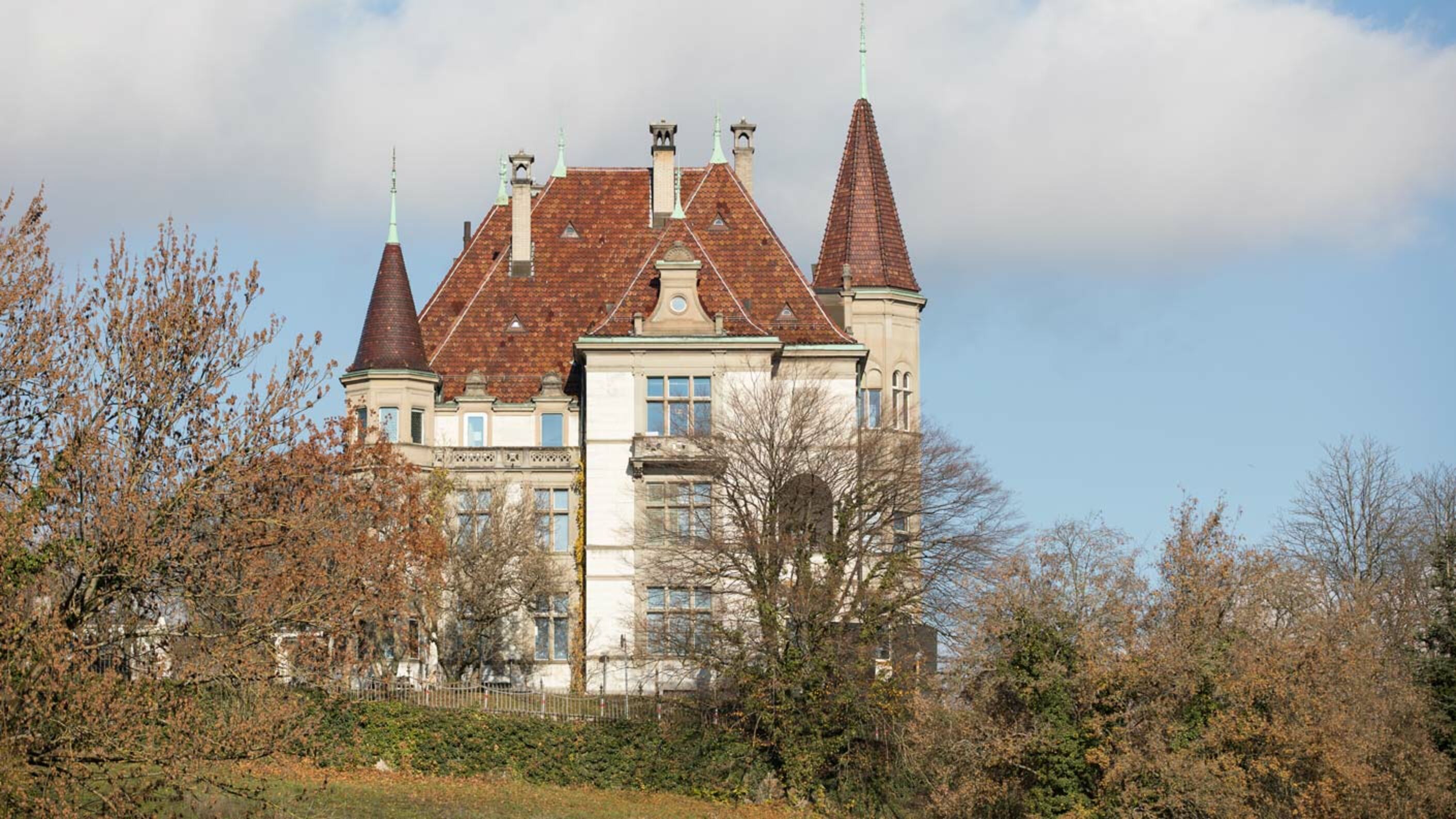 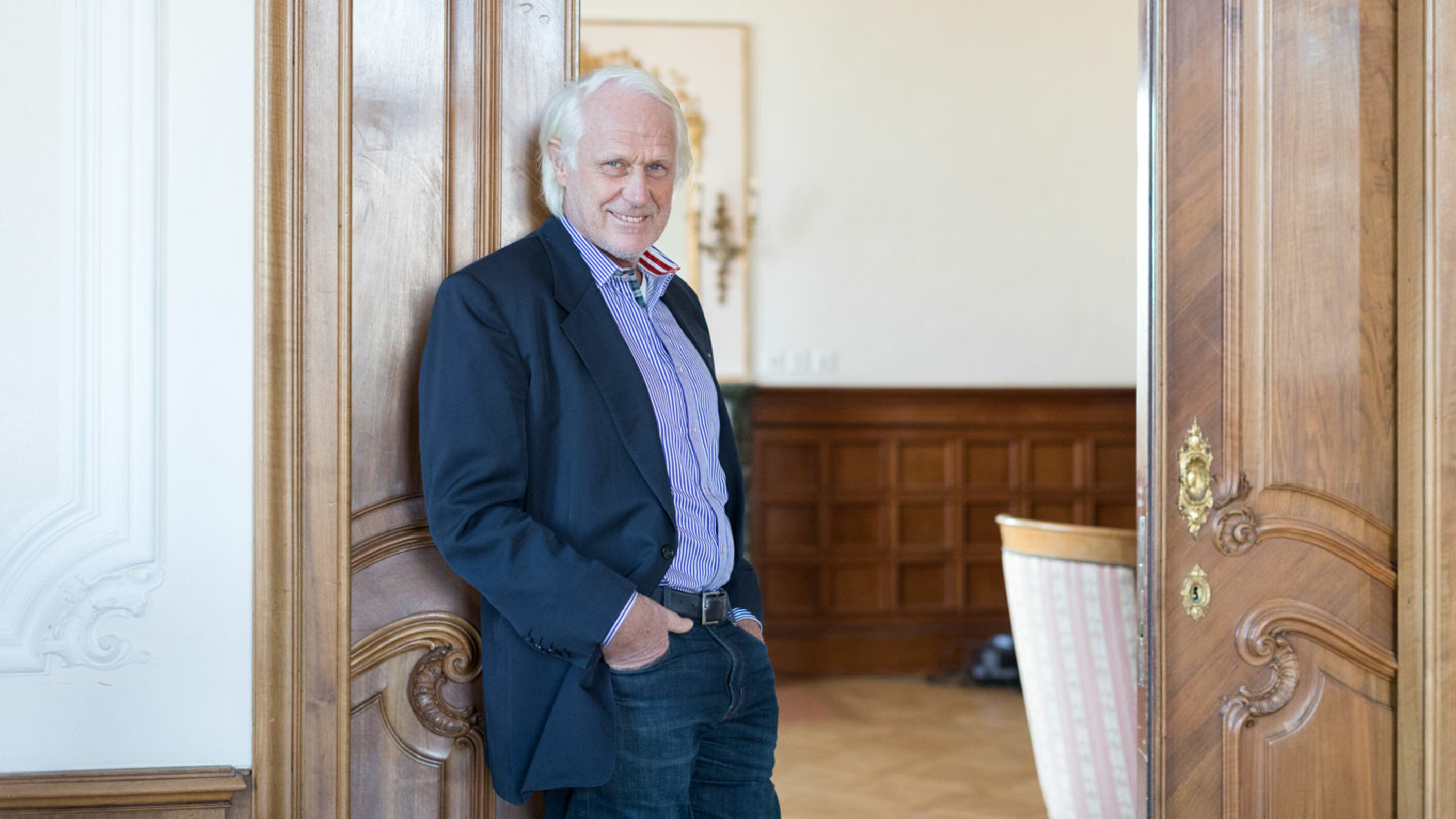 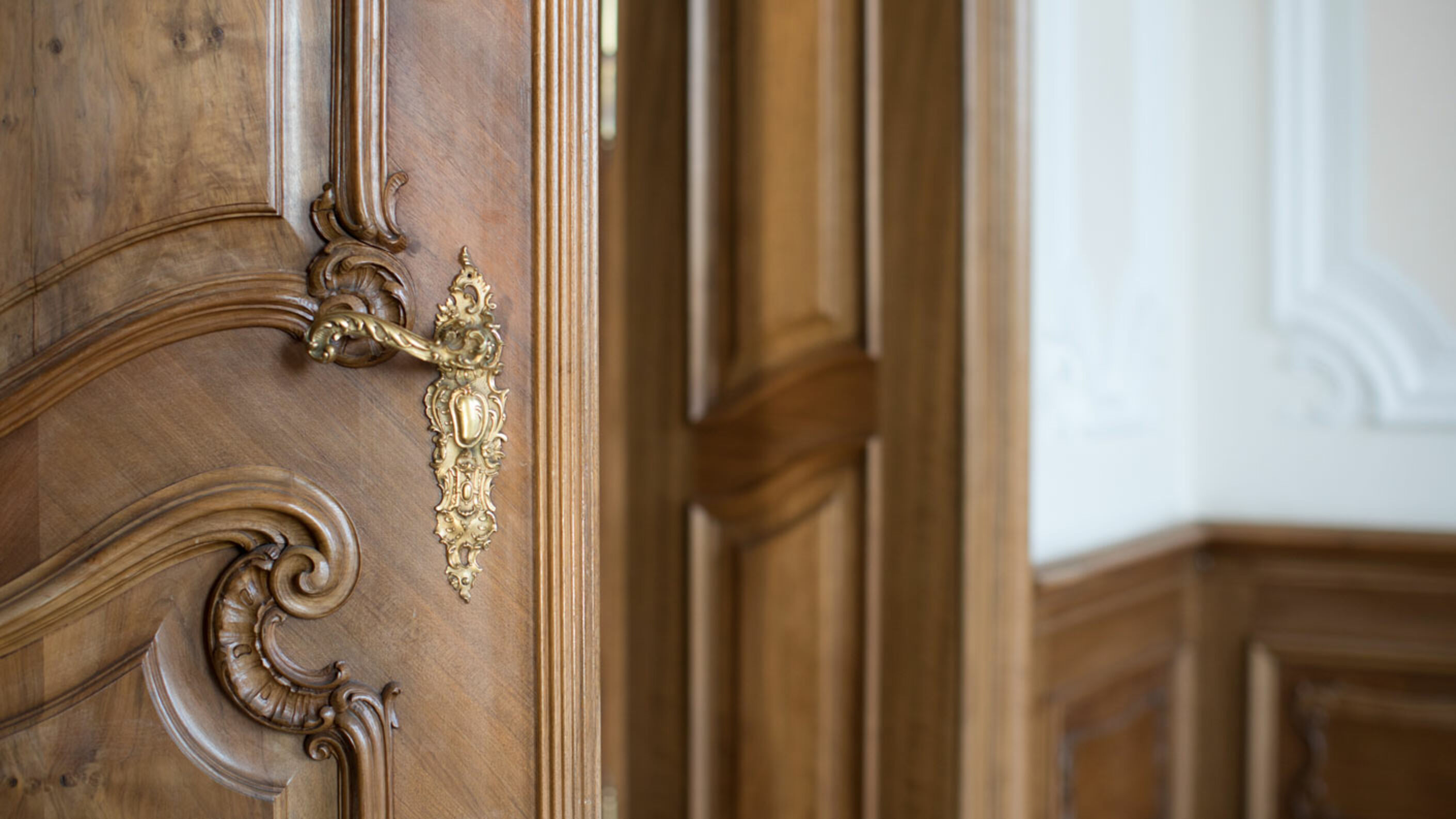 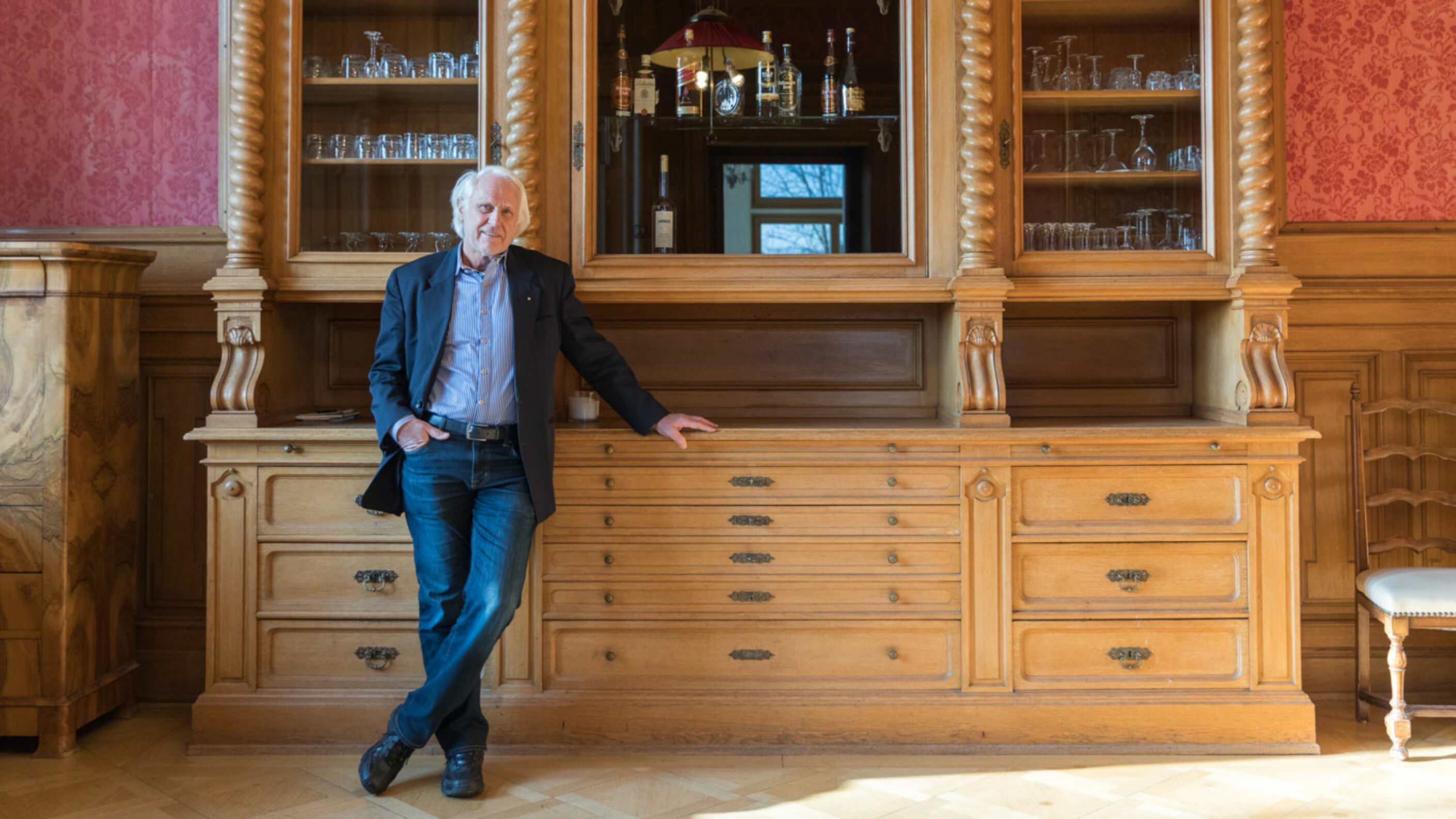 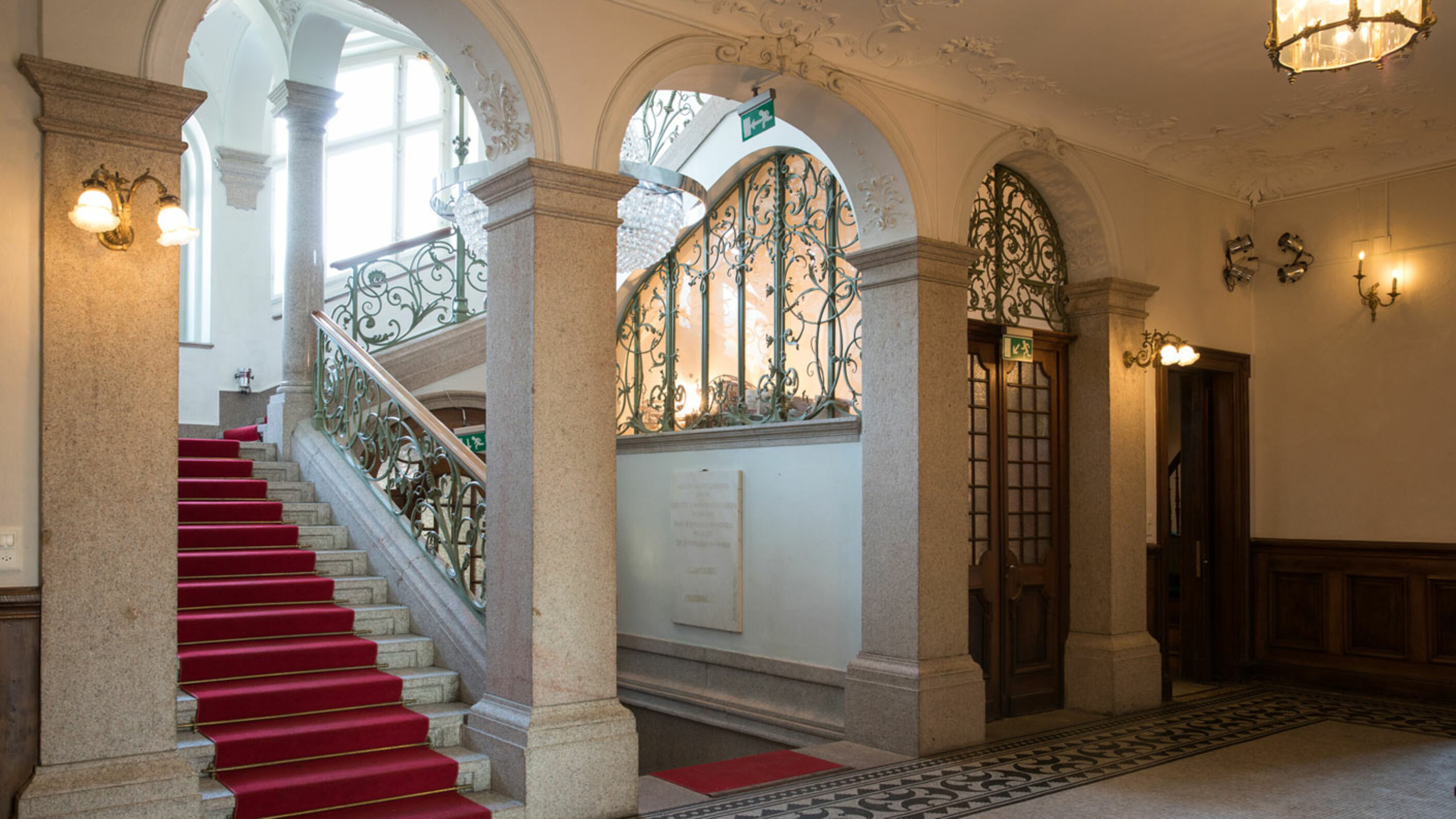 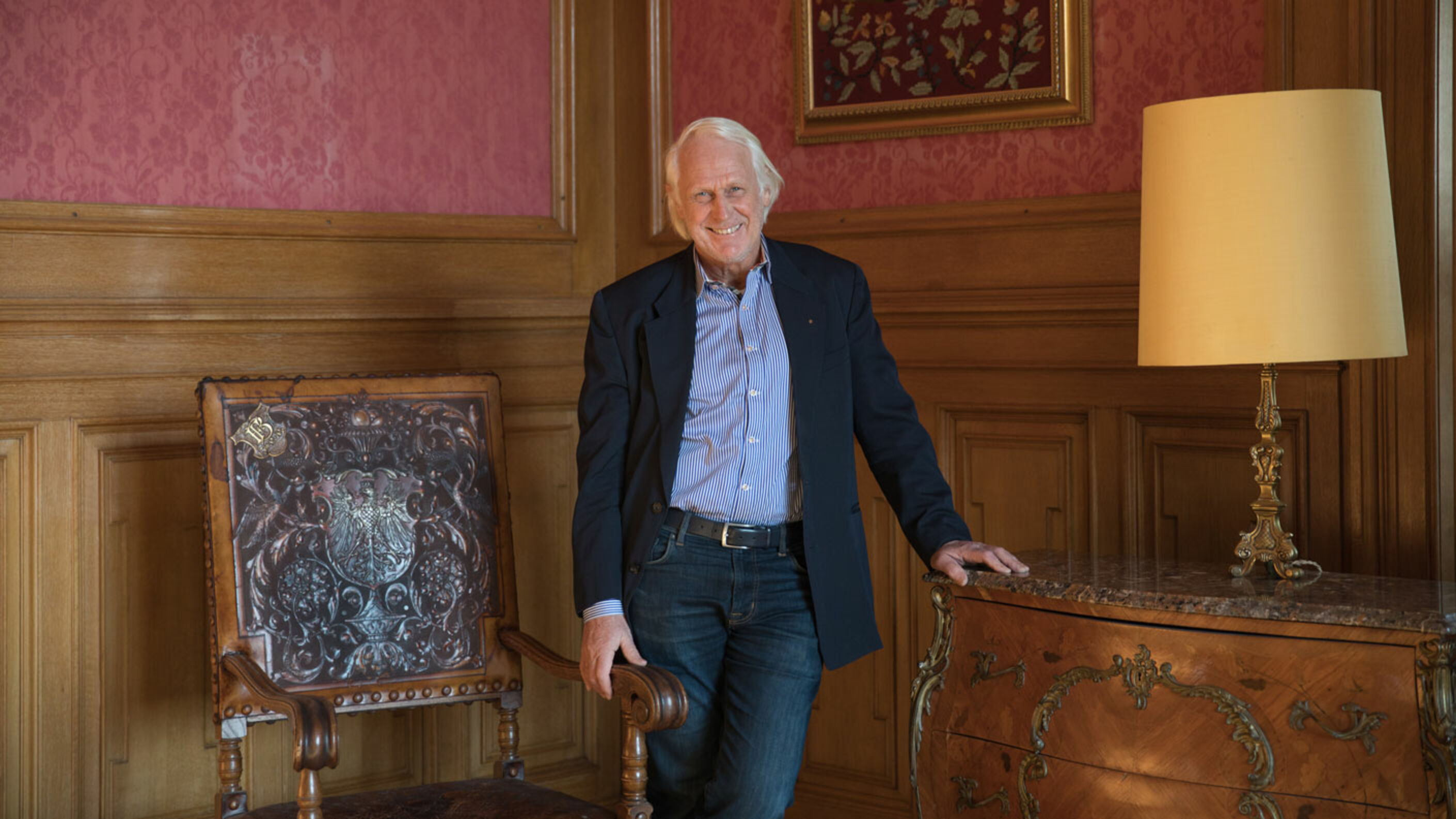 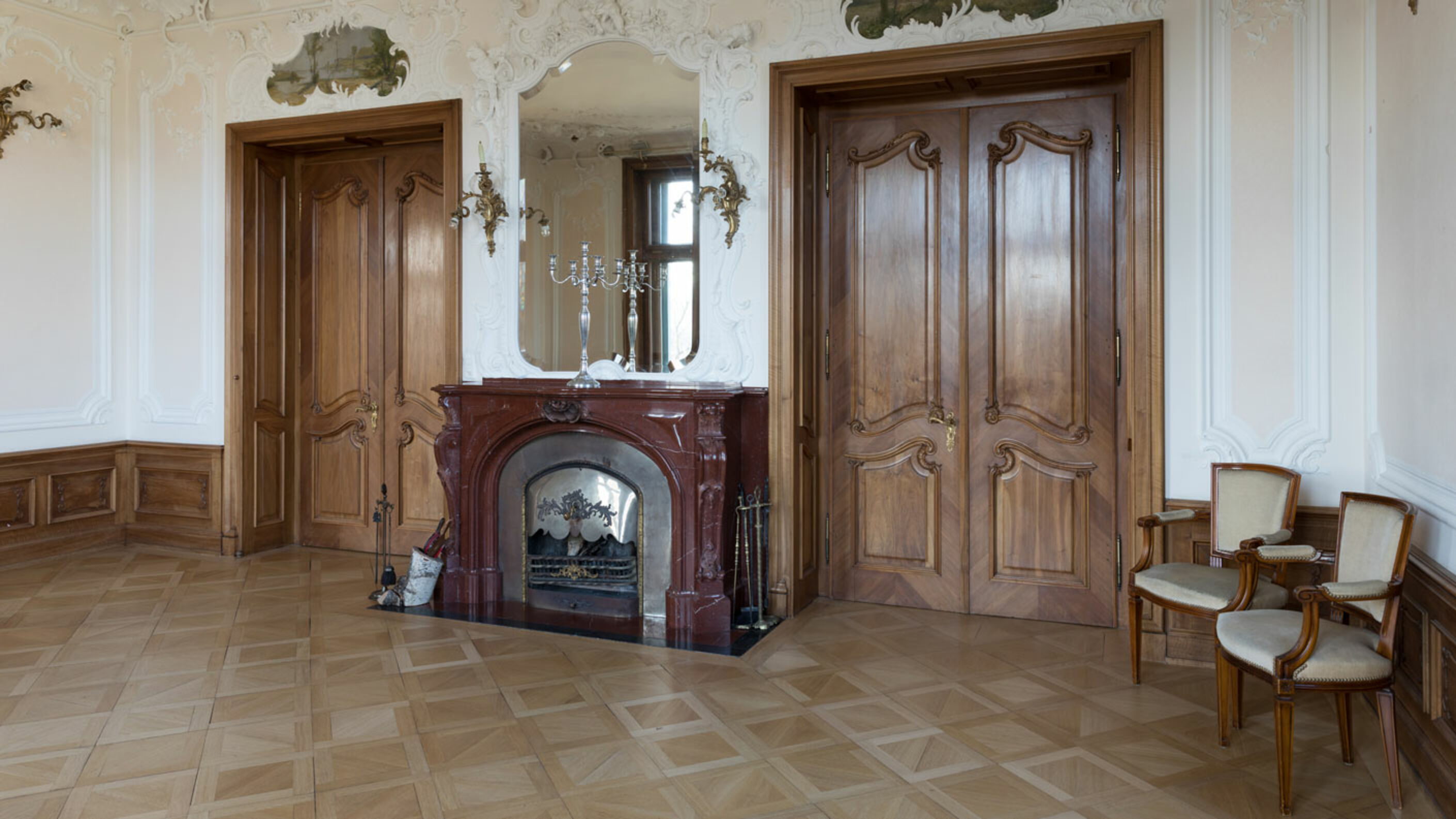 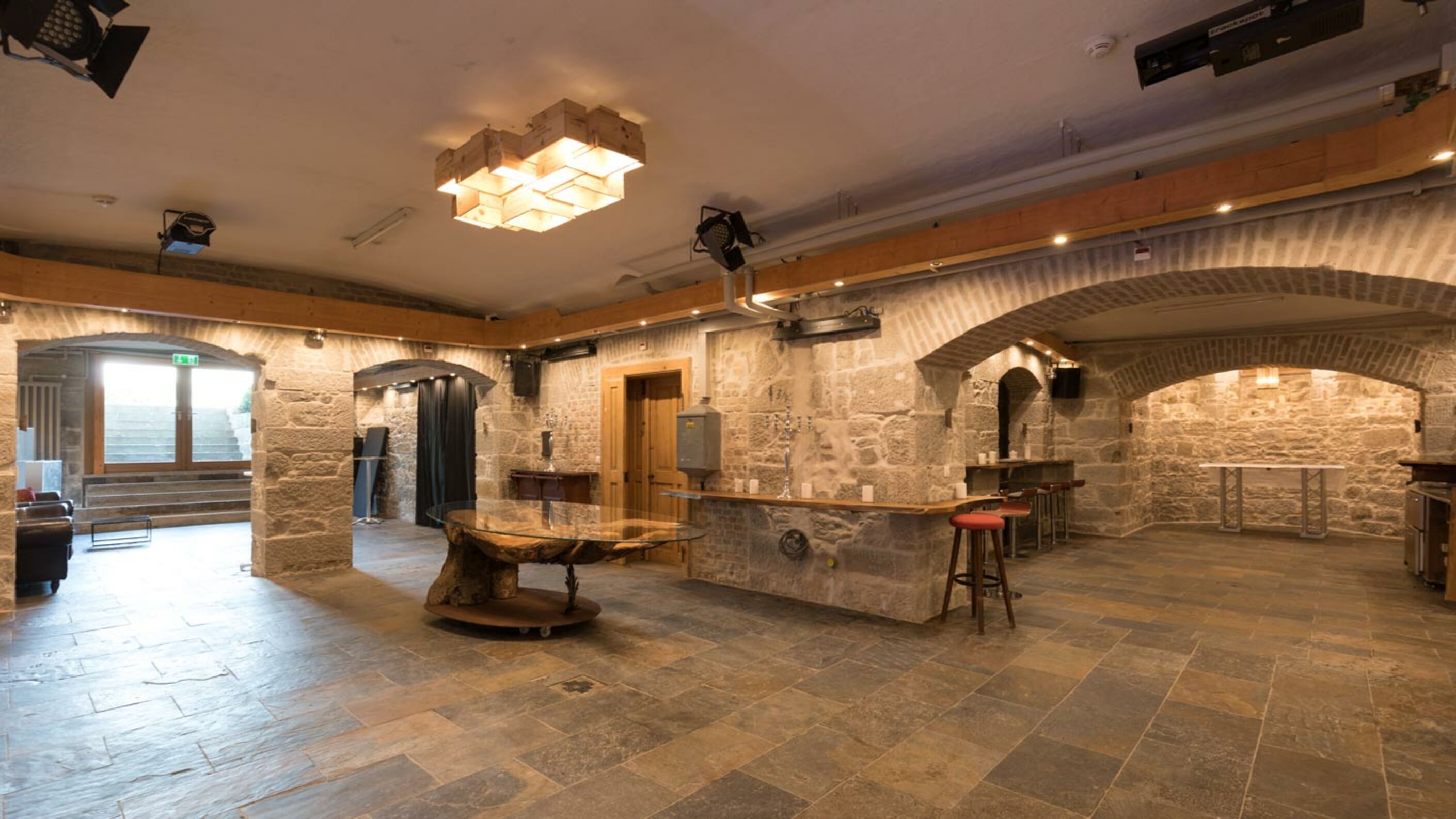 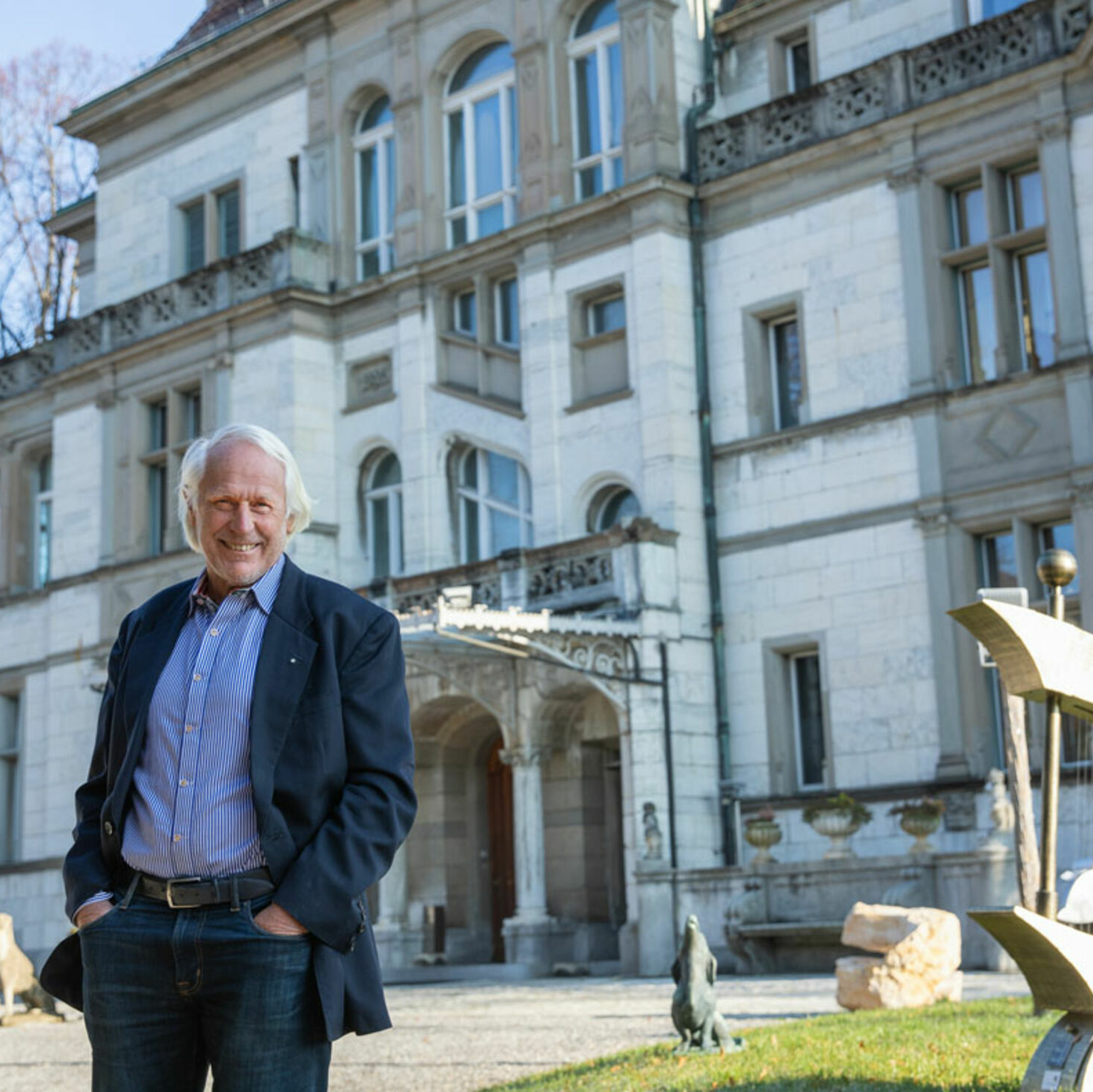 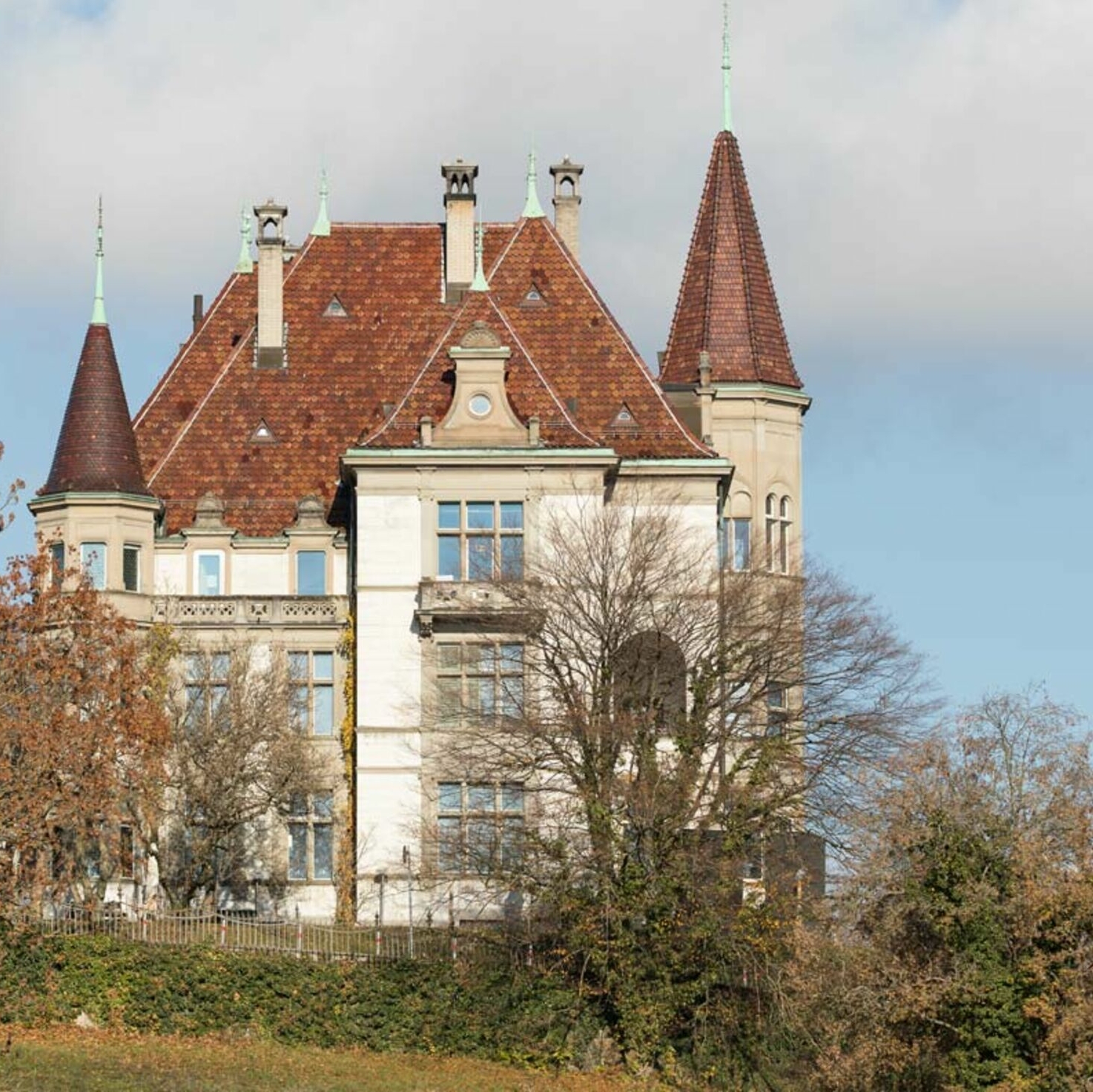 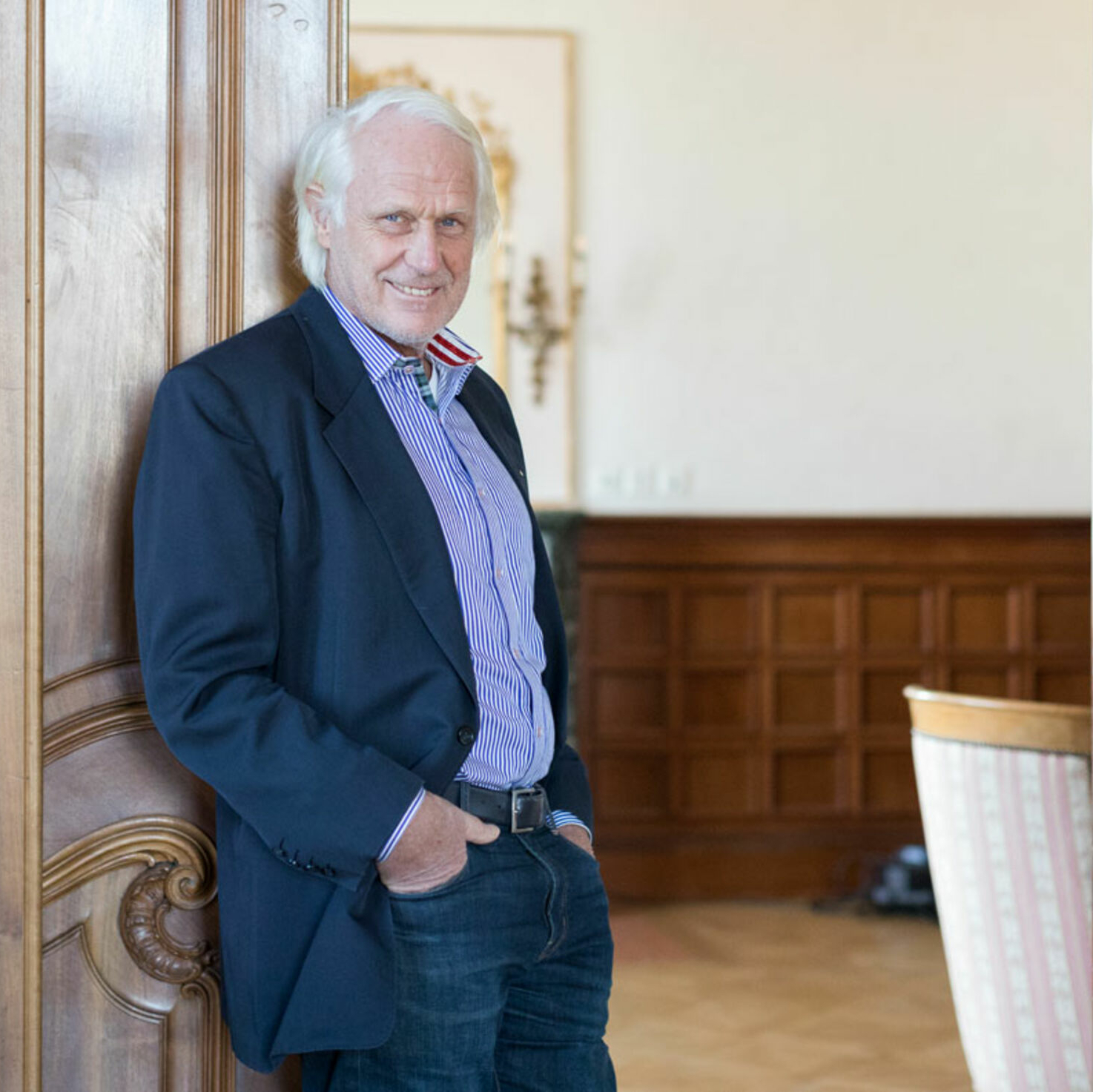 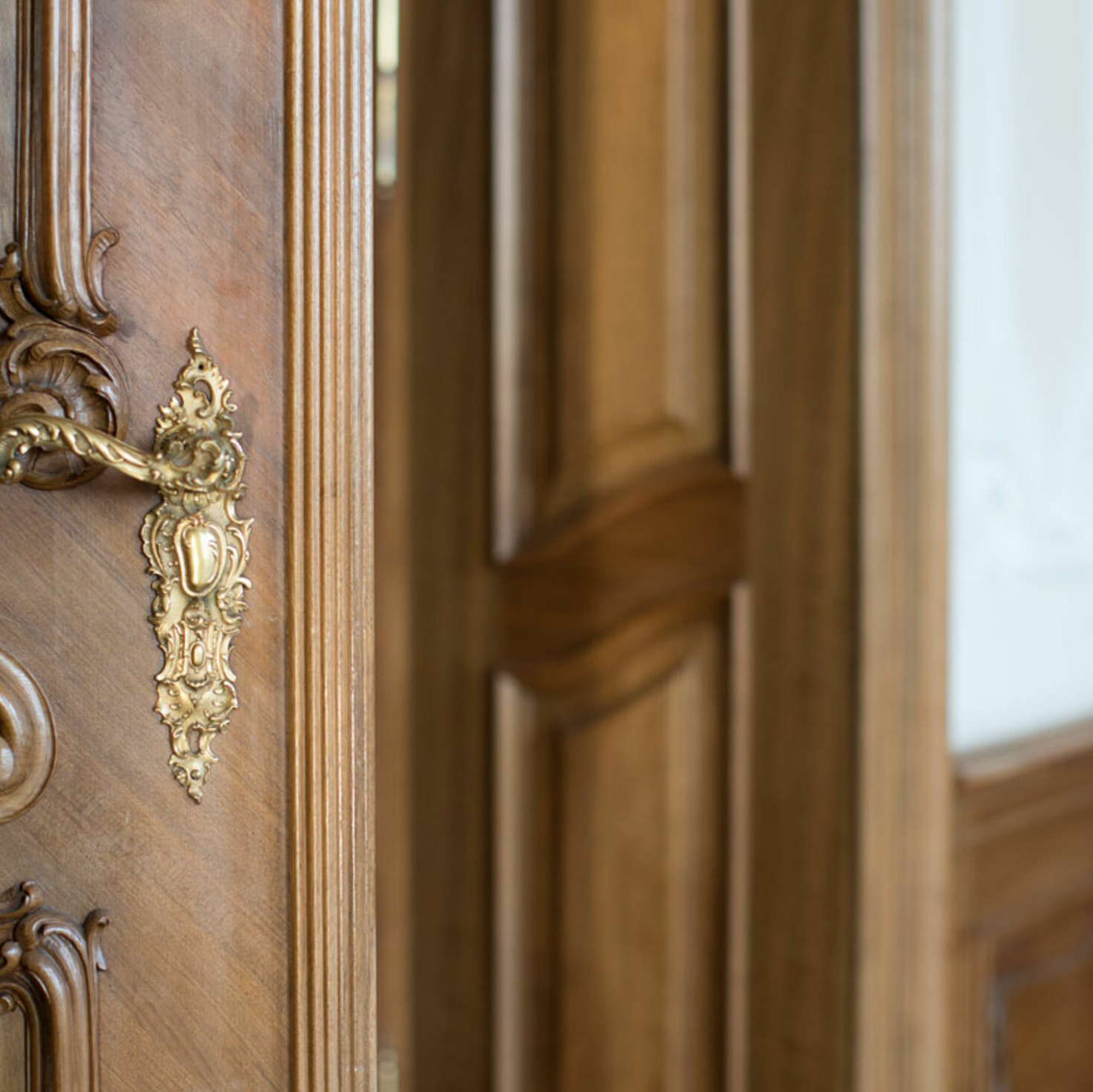 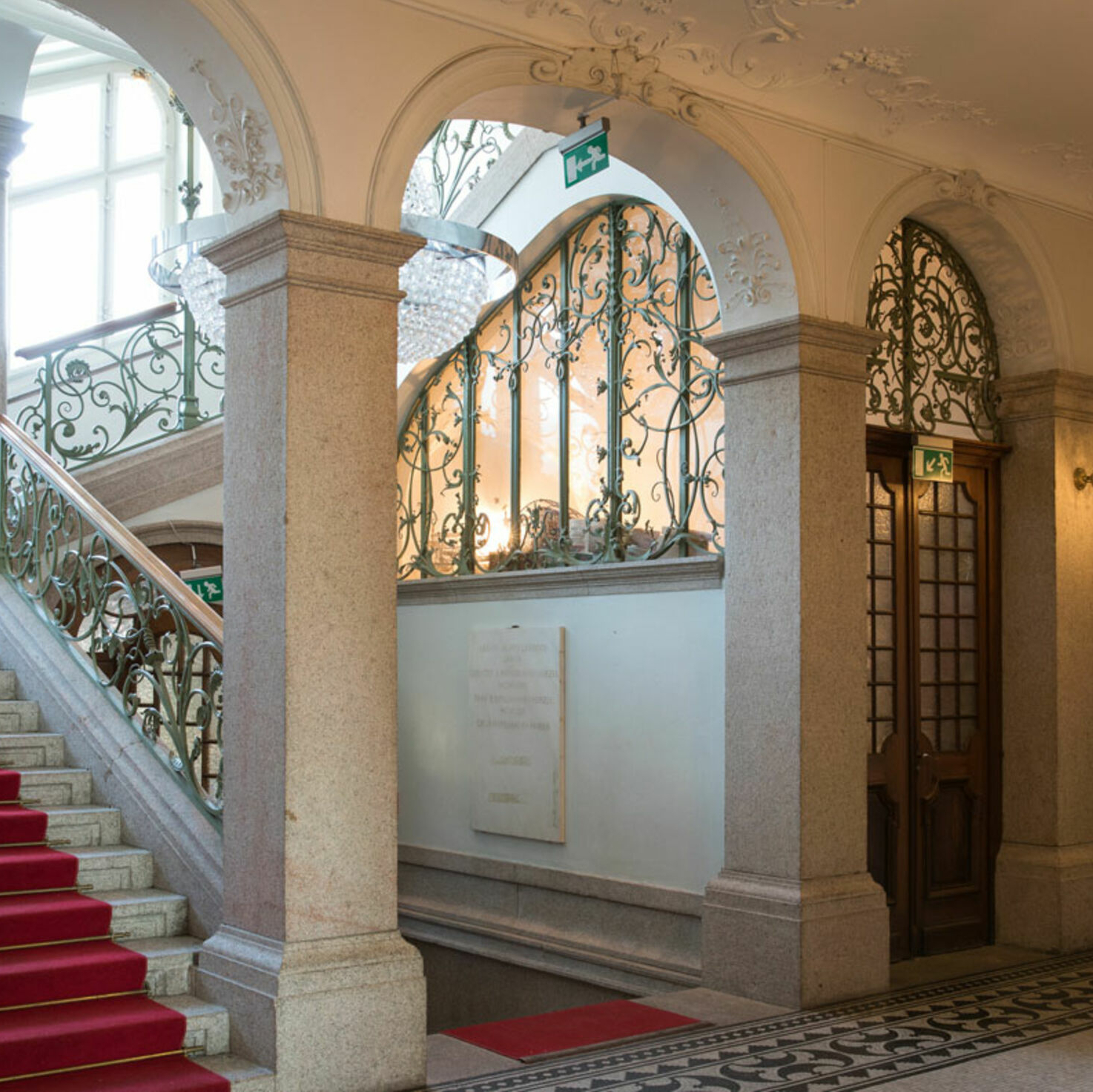 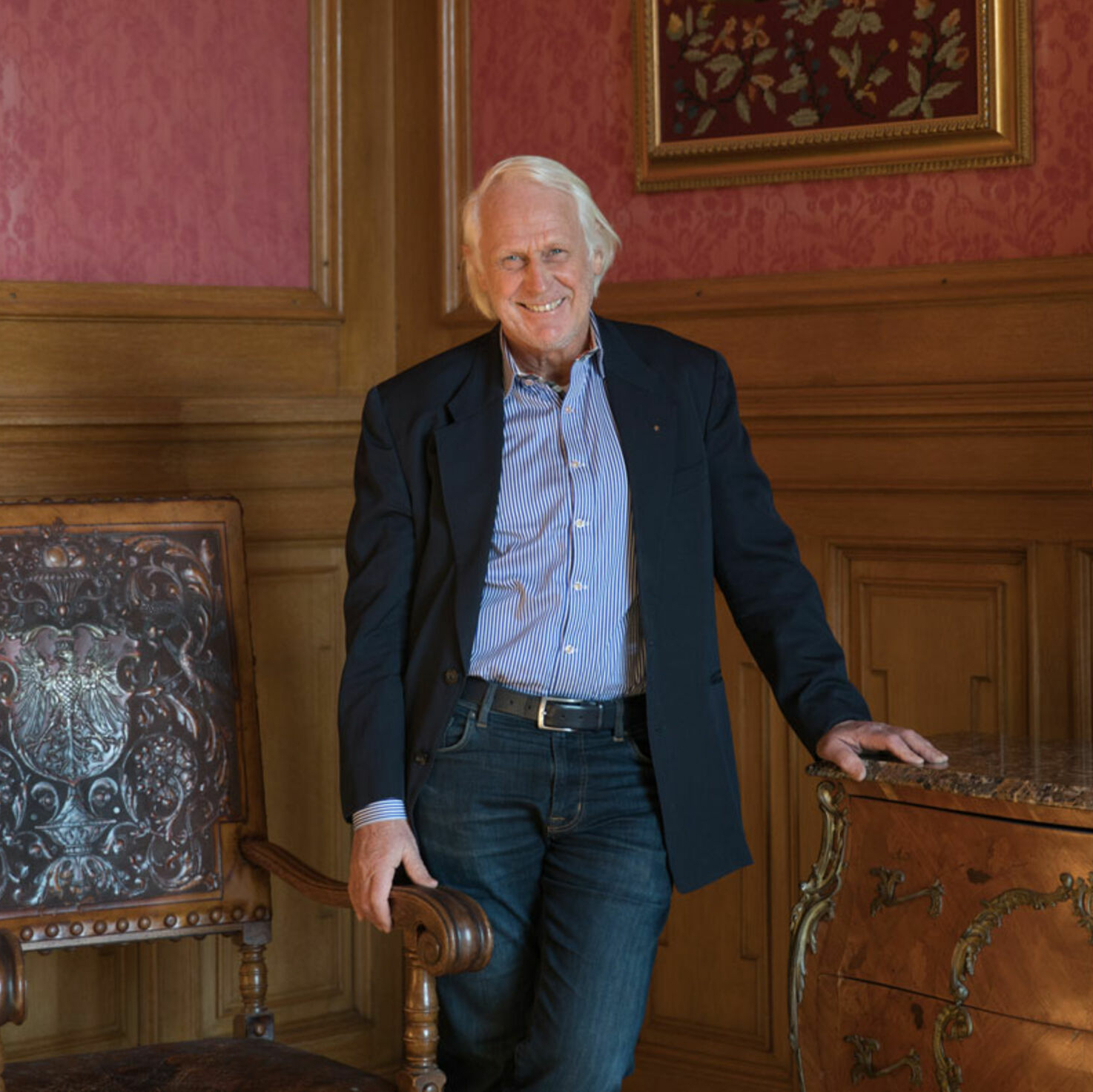 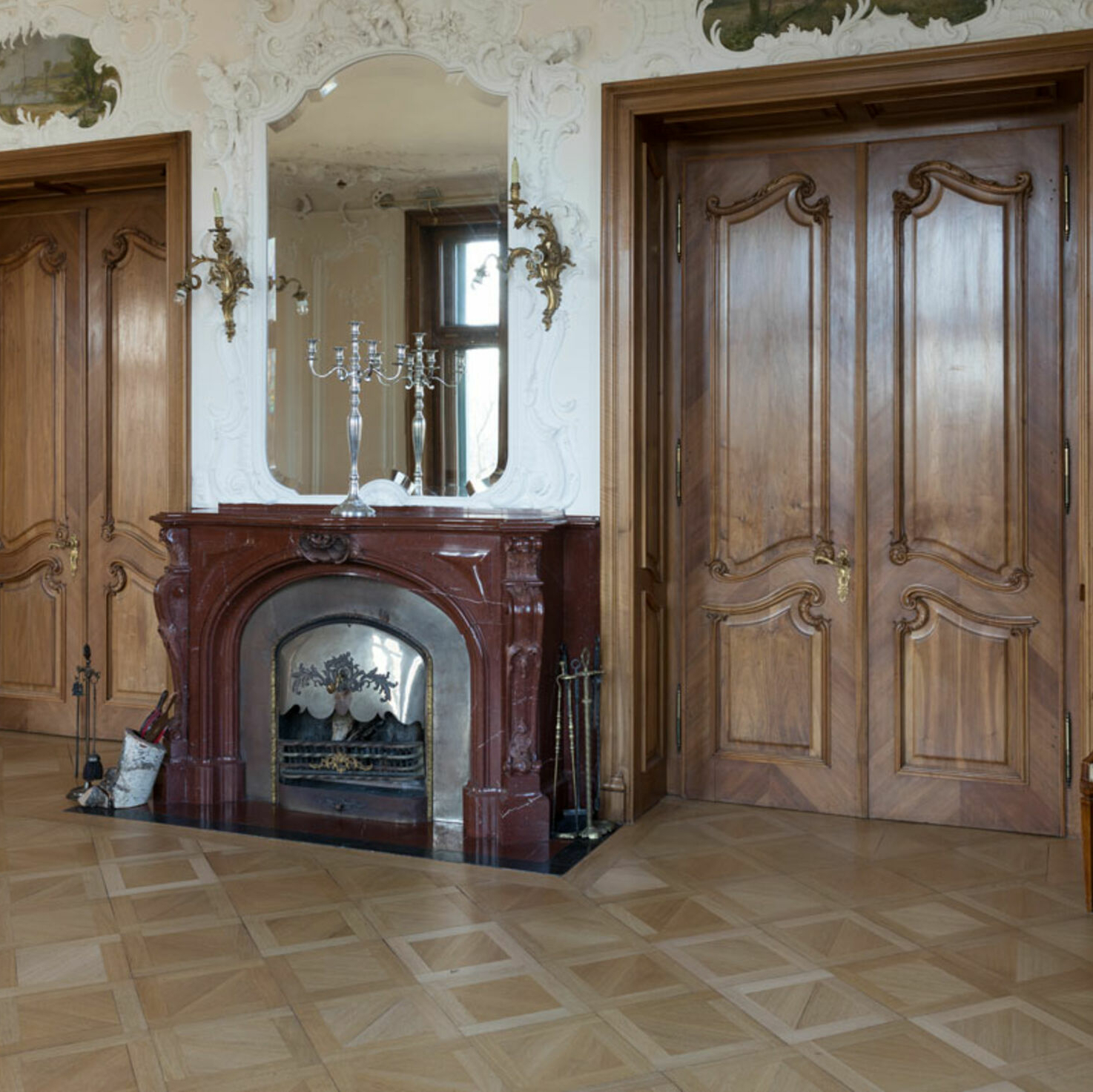 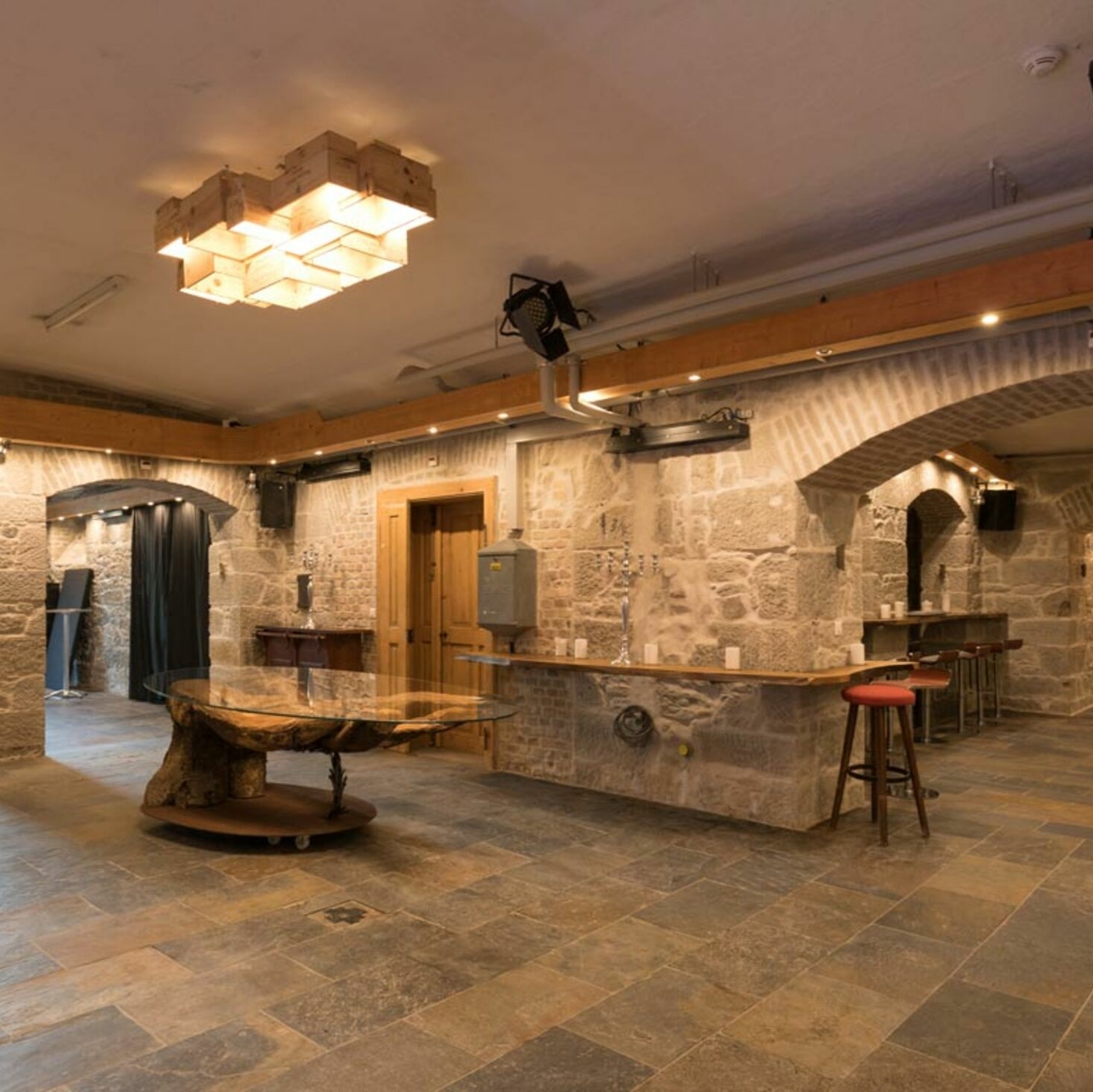 13 years ago, Edgar Schwyn purchased the former property of the Hürlimann brewery family in the heart of the Enge district in Zurich. Today, Edgar lives in the castle. But originally the architect had very different plans.

Edgar Schwyn is the only person in Zurich who owns a castle. His property is situated right in the middle of the city. It once belonged to the Hürlimann brewery family. When Albert Heinrich Hürlimann relocated the brewery from Feldbach to Enge, he had Schloss Sihlberg built within close proximity to the factory premises in 1898. The dynasty lived in the 1,800-square-metre castle for several decades.

The Hürlimann family lived in the 1,800-square-metre castle for several decades.

‘But in actual fact, the house was far too ostentatious for the Hürlimann family. They were actually very down-to-earth people,’ says Edgar. The property is a mishmash of different eras. ‘Everything is a copy of various architecture styles or has a modern look – it’s entirely fake architecture.’ The office for historical preservation believes that Schloss Sihlberg is an example of historicism worth preserving.

When Edgar bought the house in the mid-2000s, it was in a dilapidated and uninhabitable condition.

When Edgar bought the house in the mid-2000s, it was in a dilapidated and uninhabitable condition. ‘But from the outside, having been repeatedly restored, it looked exceptionally grand,’ says Edgar. The property has been largely empty since 1950. When the Hürlimann family left the house, the Rudolf Steiner School rented the premises for a few years. After this, Martin Hürlimann lived on the first floor for some years. When he died in 2000, the remaining heirs wanted to be rid of the property. ‘

The castle had increasingly become a burden.’ The Hürlimann site had already been taken over by the Feldschlösschen beer brand. The house was on the market for four years. In the end, the surviving relatives took out a newspaper ad: ‘Old lady looking for solvent lord of the castle’ was the headline. ‘I was immediately intrigued,’ recalls Edgar.

The office also rejected all other ideas Edgar had about how he could make use of the huge house and garden.

However, actually living in Schloss Sihlberg was not part of Edgar’s plan. The architect and graduate in business administration had been renovating houses and then renting them out as ‘serviced apartments’ for forty years. He planned to incorporate around twelve ‘suites’ into Schloss Sihlberg. ‘We were ready to get started,’ says Edgar. ‘But the office for historical preservation opposed the proposal.’ The office also rejected all other ideas Edgar had about how he could make use of the huge house and garden. Edgar was permitted, however, to run the Schloss Sihlberg Gallery.

If you search for Edgar on Google, you will find countless articles about him and the castle. These are mostly about the disputes he has had with the city and the office for historical preservation, predominantly about a so-called mutual contract under administrative law. ‘This dictates that the office for historical preservation has the final say on the design, maintenance and use of Schloss Sihlberg, but the costs must be borne by the owner,’ explains Edgar. He calls it an ‘incapacitation contract’, which he finds ‘completely unacceptable’.

Edgar’s son still lives with him on the top floor of the castle. His daughter moved out a while ago. ‘I wouldn’t want to live here alone.’ Too spooky? ‘No, too large!’ He has renovated several rooms that he and his family can use – a few bedrooms, an office and a small kitchen and living space.

Some are reminiscent of bygone eras: the stucco, the ceiling paintings and the wall panelling.

There is none of the splendour of the lower two floors up here. ‘These used to be rooms for the staff,’ explains Edgar. The Hürlimann family lived on the first floor and guests were received on the ground floor. ‘Mr and Mrs Hürlimann could not agree on one particular style.’ This means all the rooms have very different designs. Some are reminiscent of bygone eras: the stucco, the ceiling paintings and the wall panelling. On the first floor, there is even still a bathroom from this period: Edgar has restored it so it is fully functional again.

You access the different rooms via a grand staircase designed by architect Gustav Gull in the style of Zurich’s administration buildings. ‘There is a draught throughout the entire castle in the winter,’ says Edgar. He would like to install protective glazing, but cannot get permission. ‘I don’t understand why the office for historical preservation is so determined to preserve the house in its current state,’ says Edgar. As the owner, he wants the house to be in a condition where it can be used – even if that requires structural changes. ‘I love the old details and would never destroy them,’ he assures us. He simply wants the house to still be standing in one hundred or even two hundred years. ‘That is the real meaning of legacy.’