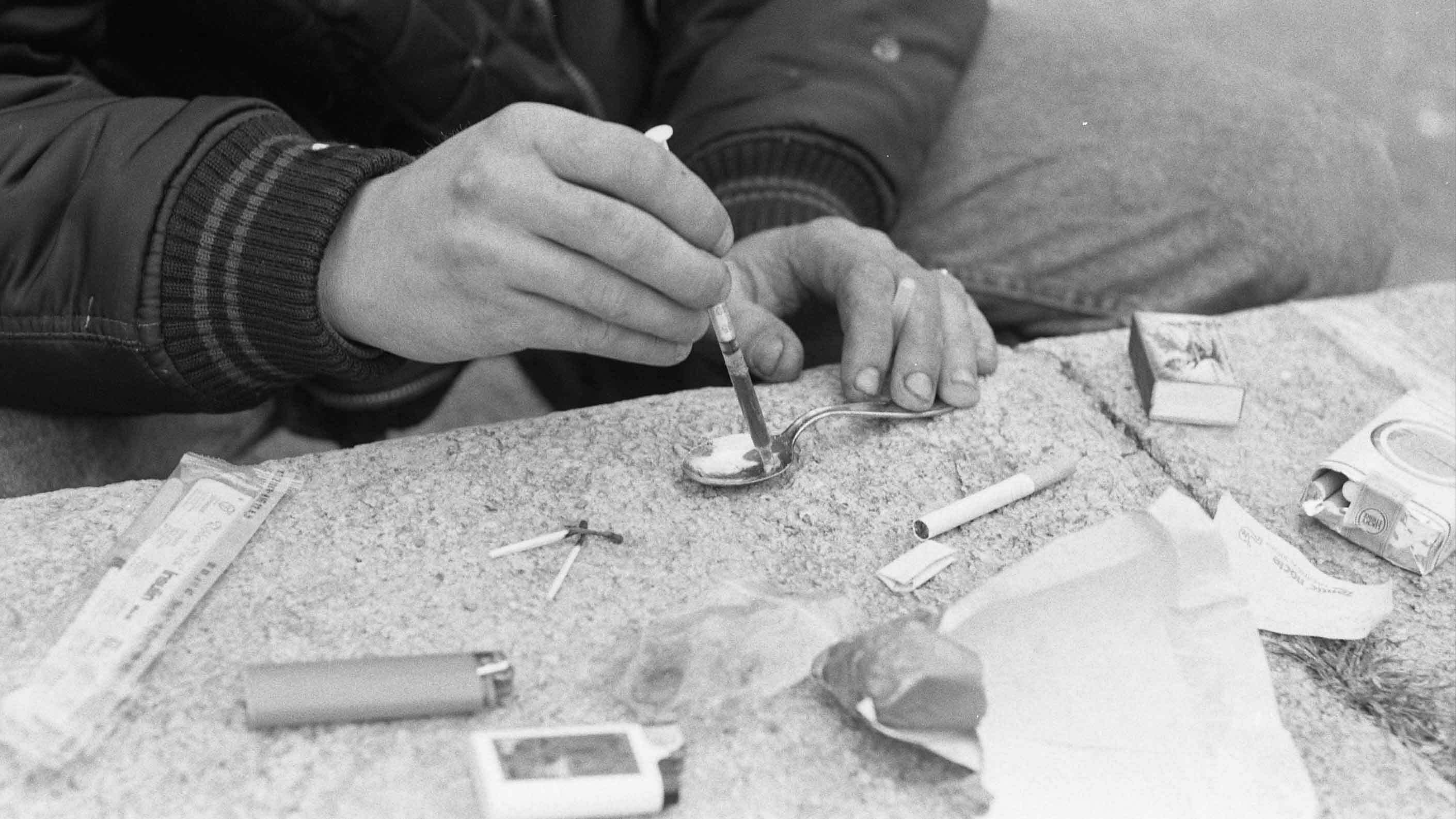 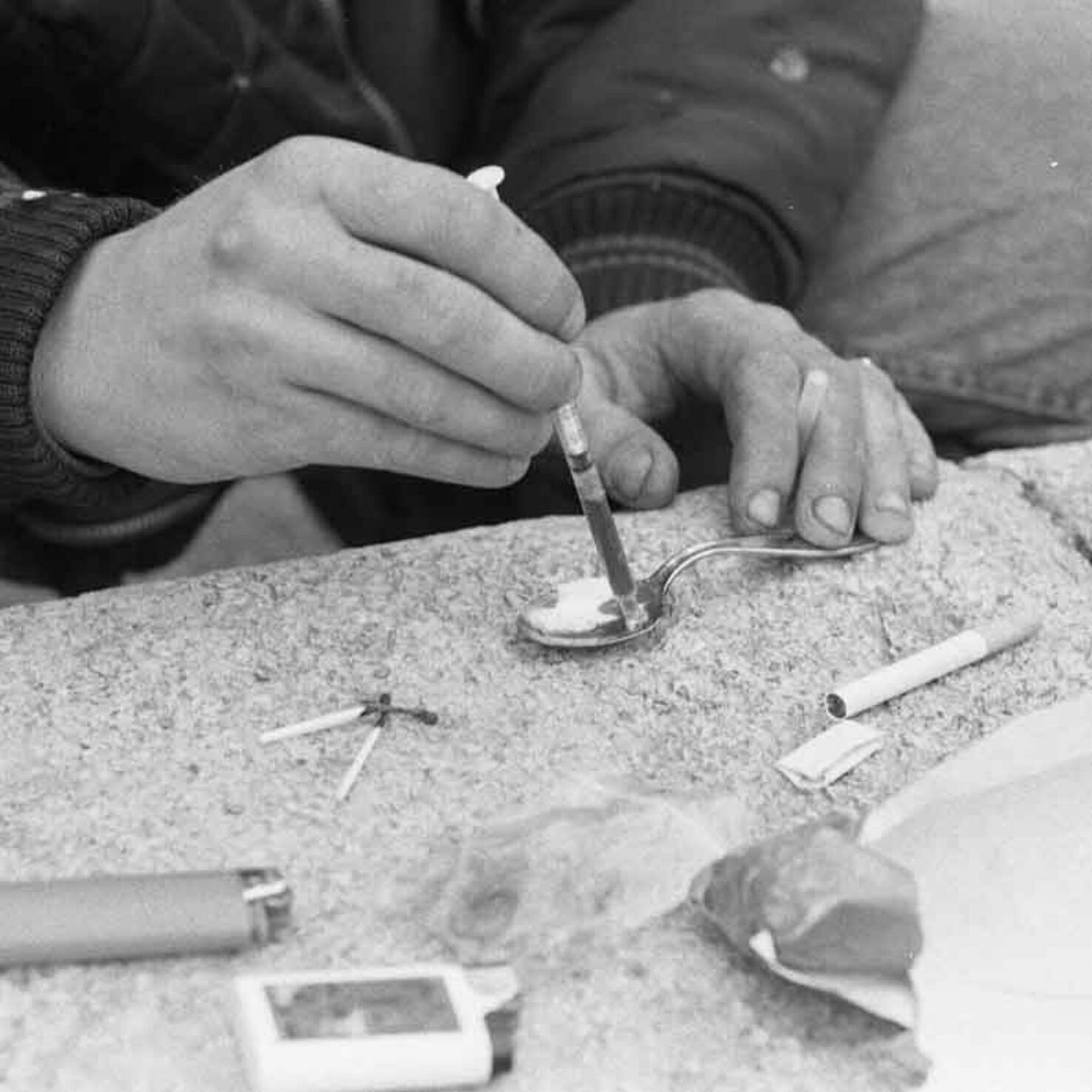 Everyone should take the drug tour

In the 1980s and 1990s, Platzspitz was home to perhaps the world’s most notorious open drug scene. With the help of an app everyone can now experience what it was like to be a drug addict at that time.

Today, Platzspitz park in the heart of Zurich bears no trace of the problems caused by drugs in the 1980s and 1990s. This was a time when up to 2,000 addicts a day would flock to the park in search of hard drugs. Today, the Einfach Zürich association has found a way of recording this period with Drogenparcours – a digital tour that provides insights into the drug scene of that time.

The authorities were overwhelmed.

The app guides you around Platzspitz park and provides fascinating information and photos of how it used to look. It allows you to experience what it was like to be a drug addict in ‘Needle Park’: drifting into the scene, the desperate struggle with addiction and – for many – finally kicking the habit.

The digital tour also includes poignant video clips in which people who were directly or indirectly affected by drugs describe the events of the time. One of them is Cornelia Wietlisbach, who worked as a nurse at Platzspitz. ‘At that time, Zurich was literally swamped by the drugs scene. Politicians and the city authorities had no idea how to deal with it,’ says Cornelia, who was just 24 when she began working at in Platzspitz park.

The project is aimed at all age groups.

‘It’s nearly 30 years since I stood here in a pile of syringes,’ says the nurse. ‘Every day we had to deal with stabbings, shootings and overdoses.’ But, she says, a lot has changed since then. Today she still works with drug addicts at the Selnau help centre.

She stresses the importance of talking openly about drugs and remembering what happened here, day in, day out, just a few decades ago. ‘It’s the only way for us to avoid preconceptions when working with drug addicts so that we can simply try to help them.’

The Digitalparcours project is designed to be an important element of this educational work, so it targets people in all age groups. ‘We’re delighted to see how many young people are engaging with this issue,’ says Vera Baumann, who developed the Drogenparcours tour with Einfach Zürich. ‘We can learn some important lessons from such troubled pasts,’ she explains.

But the story of Platzspitz is not only about what went wrong. It also allows us to see how the approach to drug addiction has changed and highlights the complexity of this issue. ‘I didn’t really grasp that until I started working on this project,’ says Vera, who previously designed a teaching aid for the film Platzspitzbaby (2020). This full-length film tells the true story of 11-year-old Mia and her mother Sandrine, a drug addict. ‘I have learned that drug addiction is not a choice but a disease,’ Vera concludes.

The Actionbound app can be downloaded and used for free to take the drug tour. Expert guides will also be offering tours of Platzspitz park on August 13 and September 24. For more details visit.