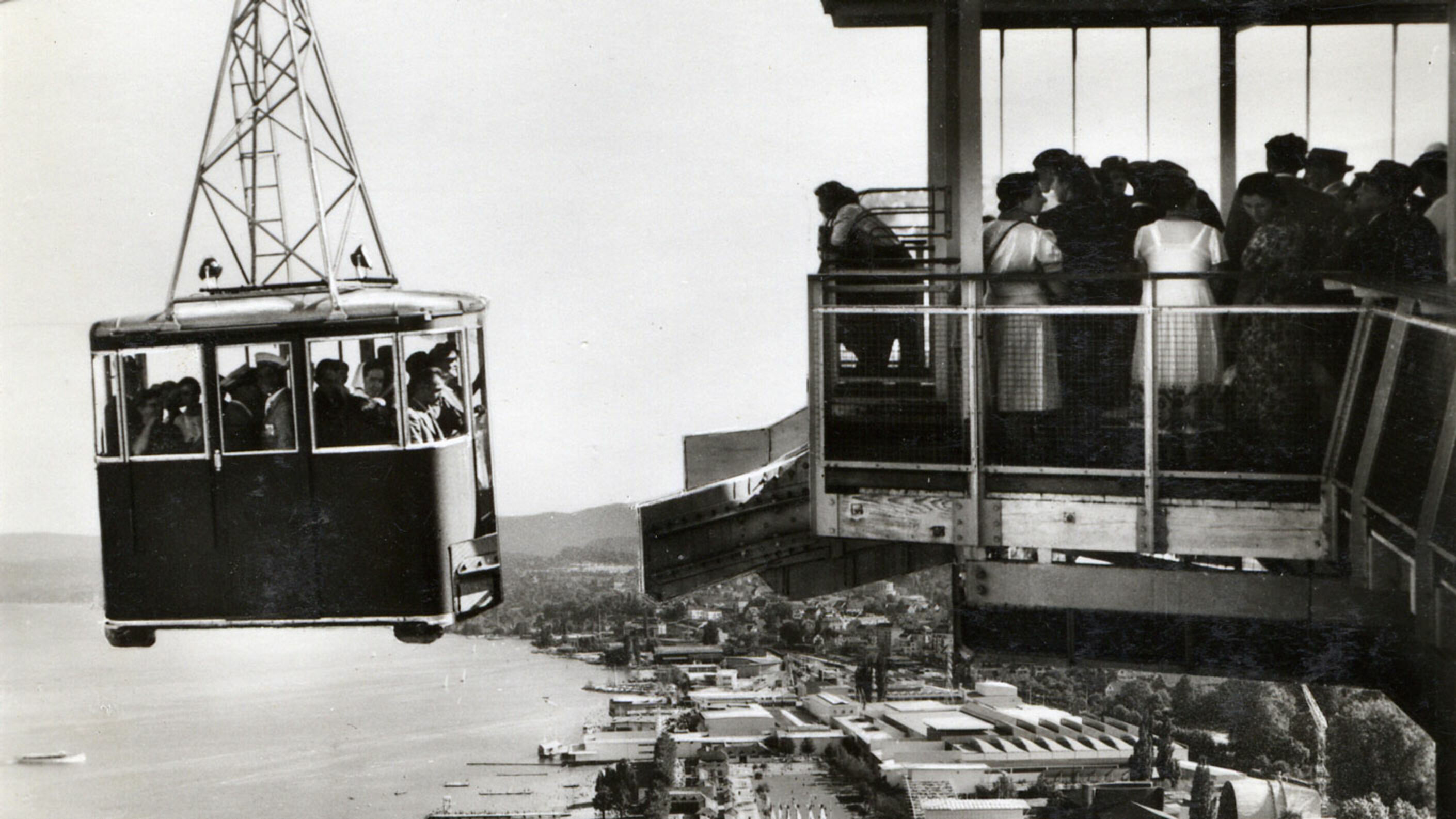 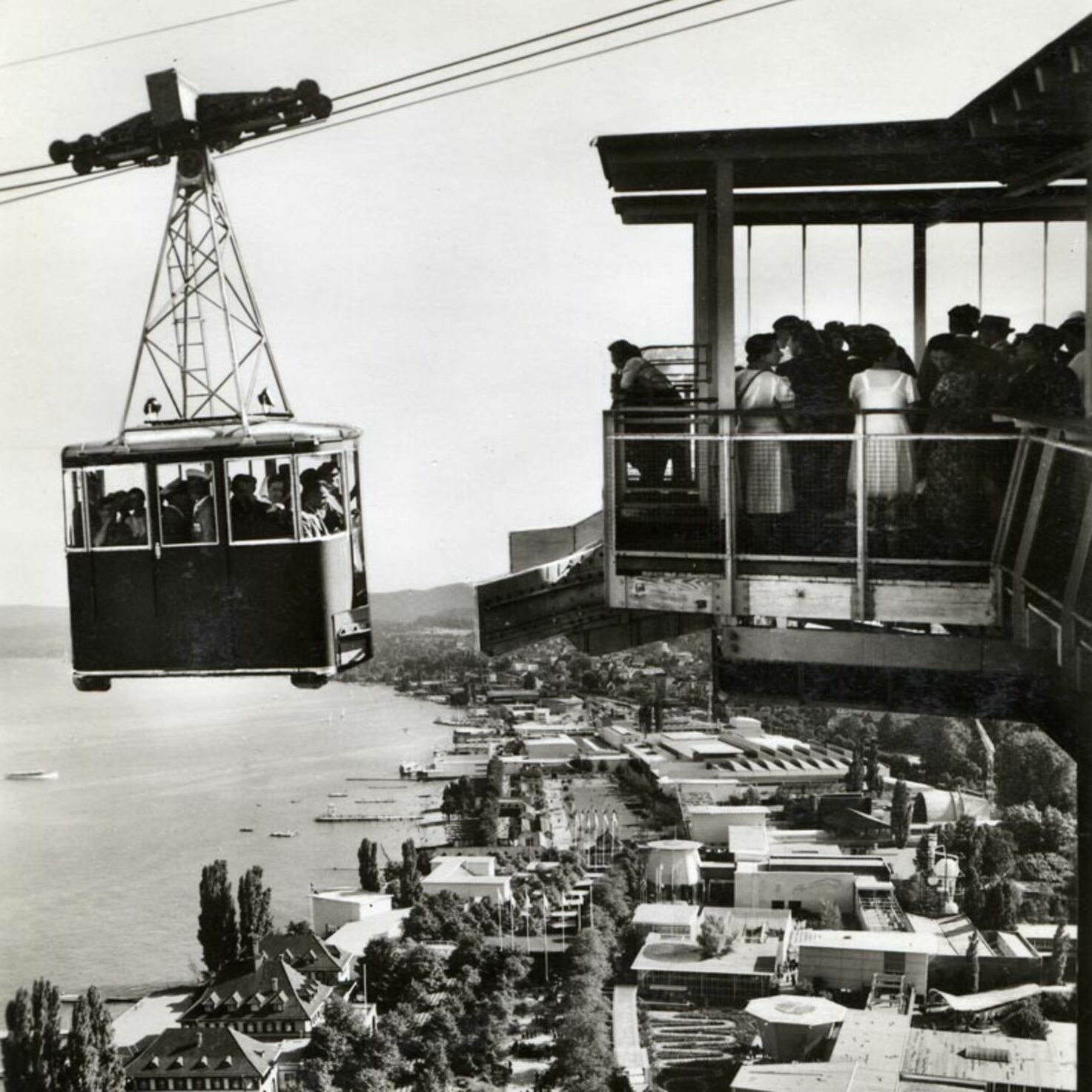 The Landiwiese and the naked girl with the raised arms

Where today there are sun worshippers, there was previously only water. So why did the city reclaim the Landiwiese and the Saffainsel?

The Landiwiese is one of the most popular spots in Zurich to enjoy the summer sun, drink a beer with friends and take a refreshing dip in the lake. It’s located between Strandbad Mythenquai and the ZSG shipyard, and a small bridge extends from the grassy area to the delightful Saffainsel.

The Landiwiese is a space for exhibitions, concerts and other cultural events, playing host to the Zürcher Theaterspektakel, Ironman events and parts of the Züri Fäscht every three years. It was this kind of major event that influenced the creation and the name of the grassland: both the Landiwiese and Saffainsel were artificially constructed and reclaimed only a few decades ago.

Even the Swiss army was glorified. Patriotism was the main focus.

From 6 May to 29 October 1939 – just a few months before the outbreak of World War II – the Swiss National Exhibition took place in Zurich. The main area for the exhibition was the left bank of the lake at Wollishofen, but because there was quite simply too little space available, it was decided there and then to reclaim a large area along the edge of the lake. Tonnes of rubble left over from the construction of the Enge tunnel went into creating a new area of grassland, which took on the German nickname of the National Exhibition: Landi (from ‘Landesaustellung’).

The main objective of the exhibition – amid the sabre-rattling and the provocations of the pre-war period – was to give the confidence of the Swiss a boost. To quote the rules of the National Exhibition: ‘The exhibition is intended to convey an image of Swiss character and culture, Swiss thinking and creativity; it should bring together and display the future-oriented economic, cultural, social and political strengths of our country.’ National accomplishments in industry, technology and architecture were presented and celebrated. Even the Swiss army was glorified. Patriotism was the main focus. 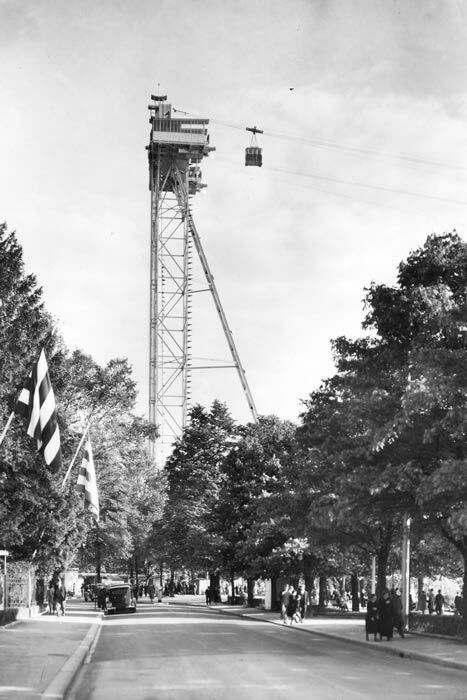 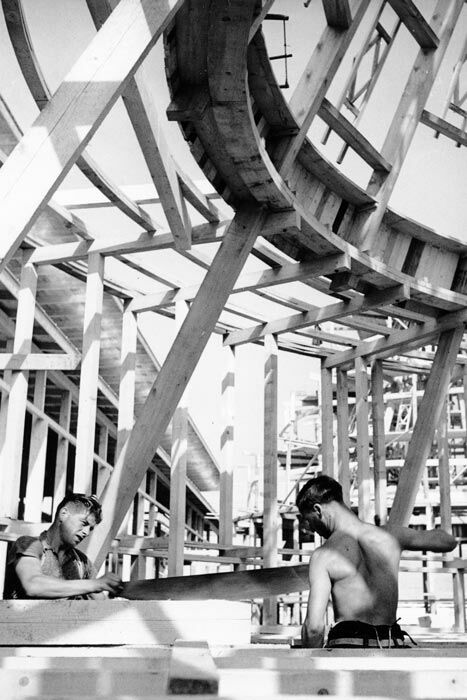 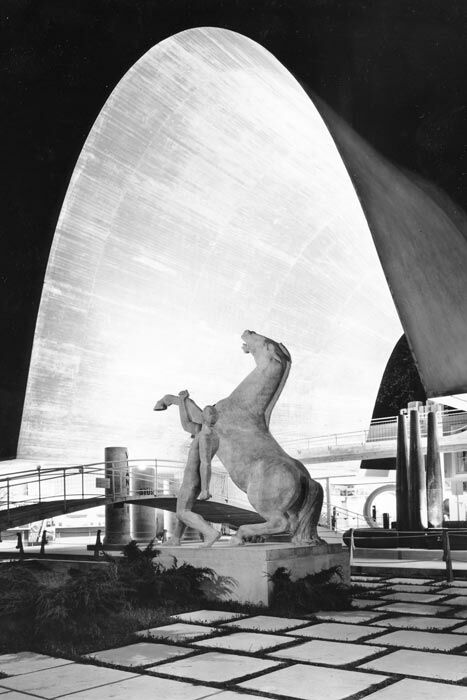 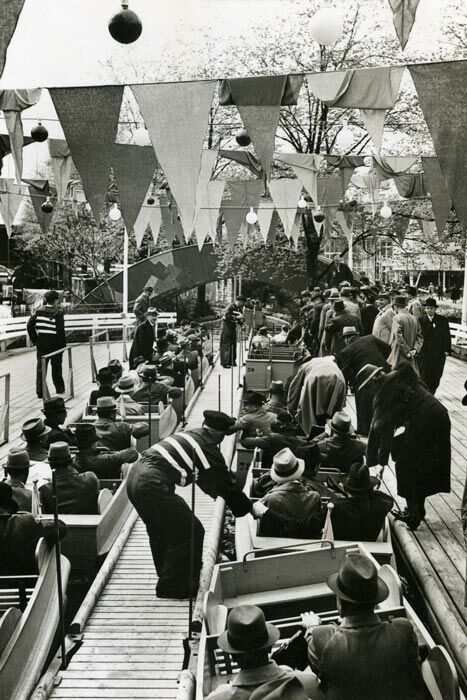 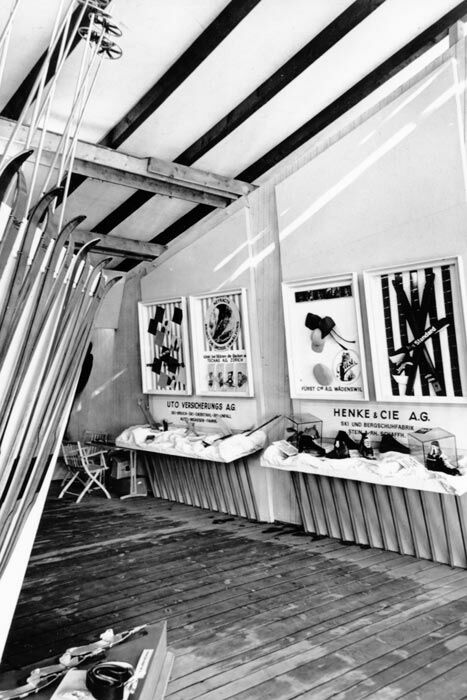 His favourite subjects were female nudes and portrait busts.

As part of the 1939 exhibition, many Swiss artists had the opportunity to exhibit their work on the newly built area, one of which was sculptor Hermann Haller. Born in Bern in 1880, Haller is considered the founder of modern sculpture in Switzerland. His favourite subjects were female nudes and portrait busts. He received an honorary doctorate for his life’s work from the University of Zurich in 1933.

Six years after receiving this accolade, he designed a sculpture for the National Exhibition, and today, this work of art immediately catches the eye at the Landiwiese: The Girl with the Raised Arms. Naked, with her hands stretching up towards the sky and standing on a tall platform, Haller’s sculpture towers over the Landiwiese.

But this isn’t the only artwork by Haller that can be seen in Zurich. There are numerous original pieces by the artist in his workshop opposite the Centre Le Corbusier, while the equestrian statue of Hans Waldmann in front of the Fraumünster church is also by Haller.

‘At that time, after the war, we quite understandably assumed that women would now also gain political rights. But that certainly didn’t happen automatically.’

Almost 20 years after the Landi, the Schweizerische Ausstellung für Frauenarbeit (Swiss Exhibition for Women’s Work) took place in Zurich in 1958, for which another part of the lake was reclaimed. A small island was formed near the shore just on the other side of the Landiwiese. It took on the abbreviated name of the exhibition: Saffa.

Elisabeth Pletscher participated in the SAFFA of 1958, and was instrumental in the introduction of women’s rights in the canton of Appenzell Ausserrhoden in 1989. She said of the SAFFA: ‘At that time, after the war, we quite understandably assumed that women would now also gain political rights. But that certainly didn’t happen automatically. And at the SAFFA 15 years later, so many women showed once more what they were all capable of. So I decided never to say “no” if I were ever asked to stand up for something: I’ll do whatever I can.’ It’s purely by chance that these strong words fit so perfectly with the graceful sculpture by Hermann Haller. The Girl with the Raised Arms was present at the SAFFA in 1958, and still today watches over the Landiwiese and looks out across the Saffainsel to Lake Zurich.