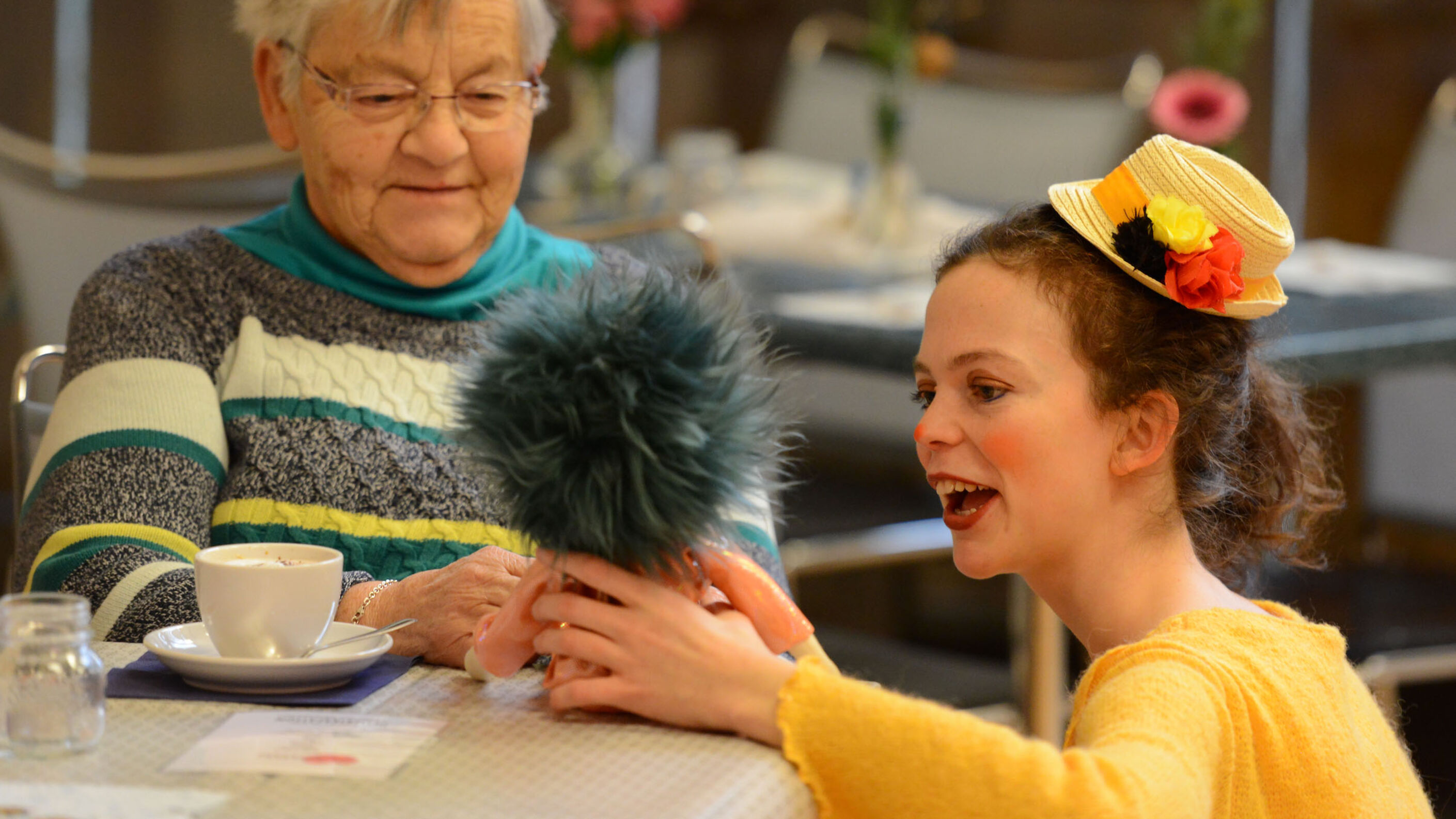 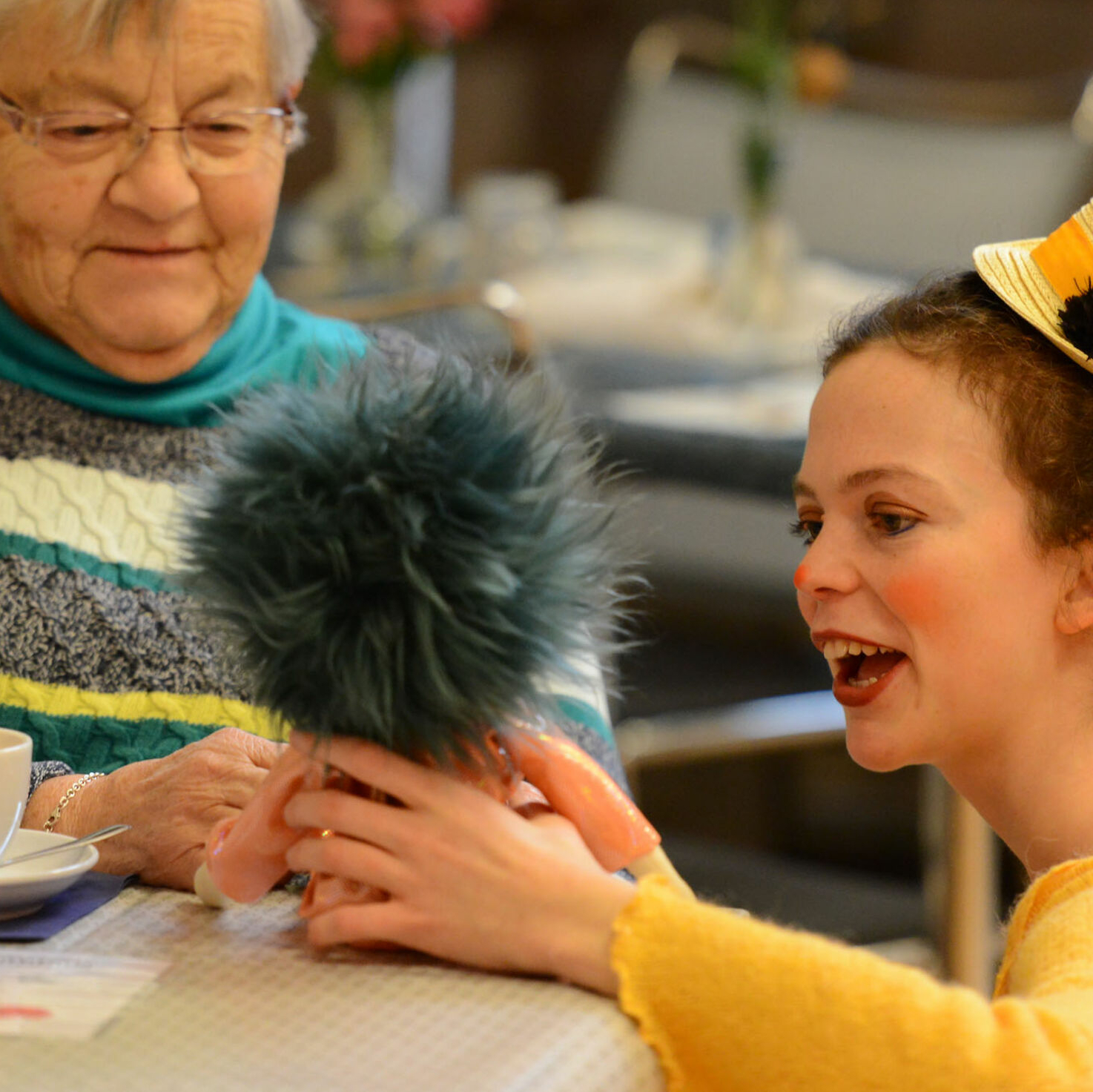 When she was young, Rebekka Vermeer wanted to be an actress. Currently, she is studying medicine in Zurich. In her spare time, she dresses up as a clown and visits dementia sufferers. Rebekka tells us about her experiences and the reactions of people around her.

You’re a medical student, but in your spare time you run an association called Humor Dessert and dress up as a clown. What’s that all about?

It’s rare to feel such a direct and immediate sense of appreciation and gratitude for your work. I’ve always been fascinated by clowns. I loved watching Dimitri the Clown. For a long time, I wanted to be an actress, but in the end I decided to study medicine. One day I was visiting a relative in a nursing home when two clowns came in. I really liked what they did, so I asked if I could join them. They said I had the right kind of personality, and I ended up joining them fairly regularly. I put on my first solo performance after 18 months.

‘I like to play songs on the accordion that people remember from their youth. They really come out of their shells. That’s nice.’

How do you know how to deal with people with dementia?

My mother got Alzheimer’s when she was 48. I lived through it with her. I learned a lot during that time. The rational level is always important. As she gradually lost her ability to speak, non-verbal communication became more important. We used to have a lot of fun together.

Is it the same when you make your clown visits?

Yes. I run the Humor Dessert with my friend Lisa Bögli. Our show isn’t rehearsed. We just have a suitcase of props and pull them all out in turn. I like to play songs on the accordion that people remember from their youth. They really come out of their shells. That’s nice.

‘The Humor Dessert doesn’t take place in the homes so we often don’t know exactly which of our guests has dementia.’

What kind of feedback do you get?

The Humor Dessert doesn’t take place in the homes so we often don’t know exactly which of our guests has dementia. Either way, it’s not important. Everyone can just be themselves. All we want is for sufferers and their families to have a nice, relaxed afternoon. There’s a woman who regularly comes to our shows. At the last Humor Dessert she kept saying how much she enjoyed our afternoons. She must have said it ten times, but we were happy about it every time and accepted the compliment with a smile.

Two sisters came along recently. Their brother had dementia, but he wasn’t there. They told us we had given them lots of ideas on how to interact with him – and that they had probably been expecting too much of him. They realised that it’s important to live in the moment and that it’s possible to connect with him in indirect ways, such as through music or familiar objects. Grandparents regularly come along with their children and grandchildren. I think it’s lovely when several generations are all together.

‘Everyone has to find their own way of dealing with the disease.’

Do you give any practical tips?

No. Everyone has to find their own way of dealing with the disease. But it’s nice when people learn something that they can use with their relatives. Or they leave feeling more relaxed so that they can tackle the next stressful situation more calmly.

You recently tried to raise money through crowdfunding, but you didn’t hit your target. Don’t the public take enough interest in people with dementia?

That’s not necessarily the case, but a lot of people have a real fear of dementia. As a result, they try not to think about it, but then they don’t do anything to help. We also probably didn’t promote our campaign enough. But it has led to some direct donations. The Humor Dessert is an association, and in the long run we want to finance ourselves through membership fees. I think that will be possible. But I’m aware that dementia is a scary prospect. When I tell people what I do, a lot of them ask: ‘Wow, how do you do it?’

How do you respond to that?

I try to tell them about all the wonderful moments. But it’s often difficult to put them into words. I often invite some of my fellow students to come along on my clown visits. They’re surprised when they see how dementia sufferers can suddenly come out of their shells – and sing along to every verse of a song.

The Humor Desserts are held on irregular Sundays from 2:30 pm – 5 pm. The next three events will take place on 17 February, 17 March and 28 April.

Favourite spot of the week: Label17