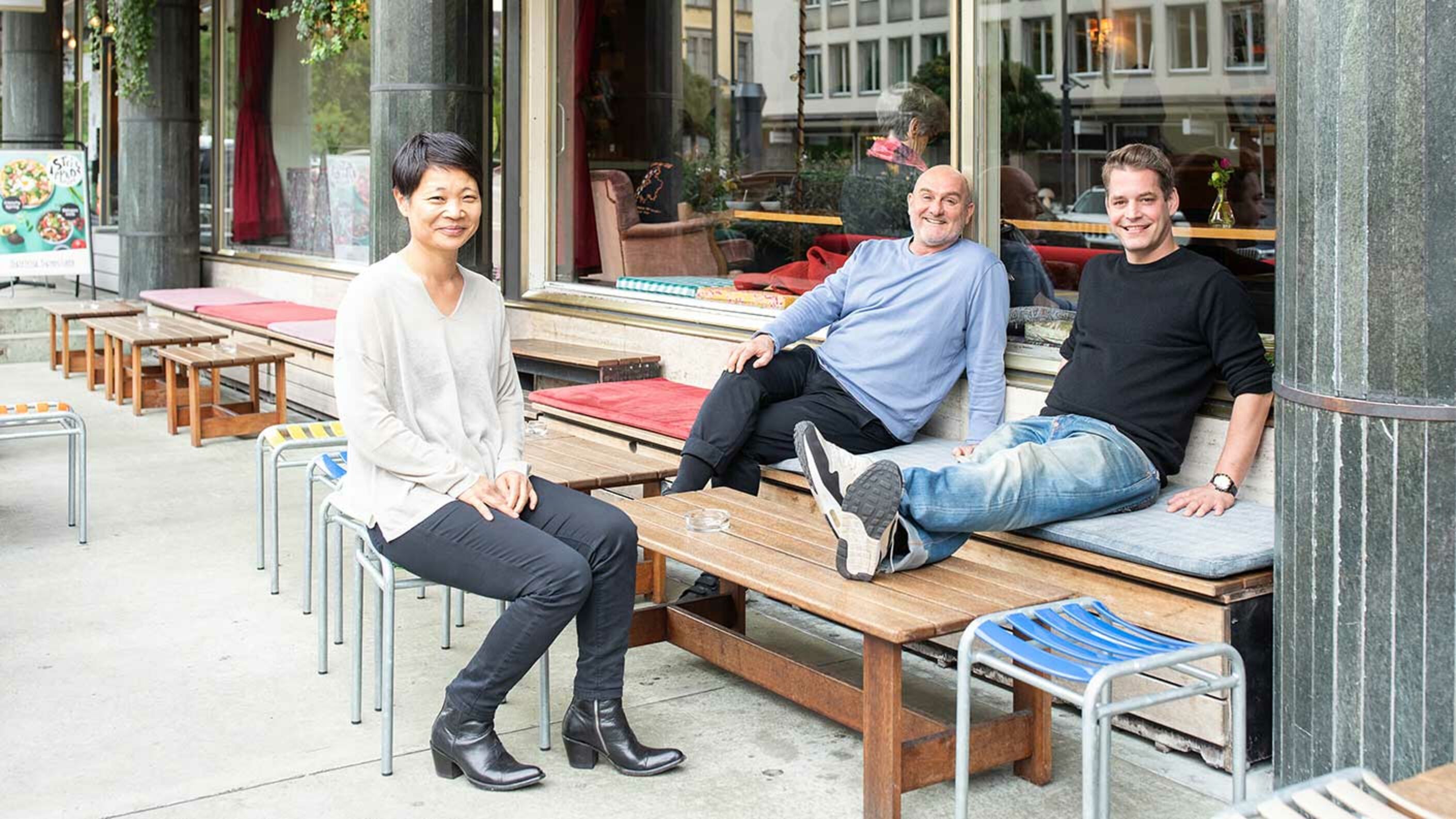 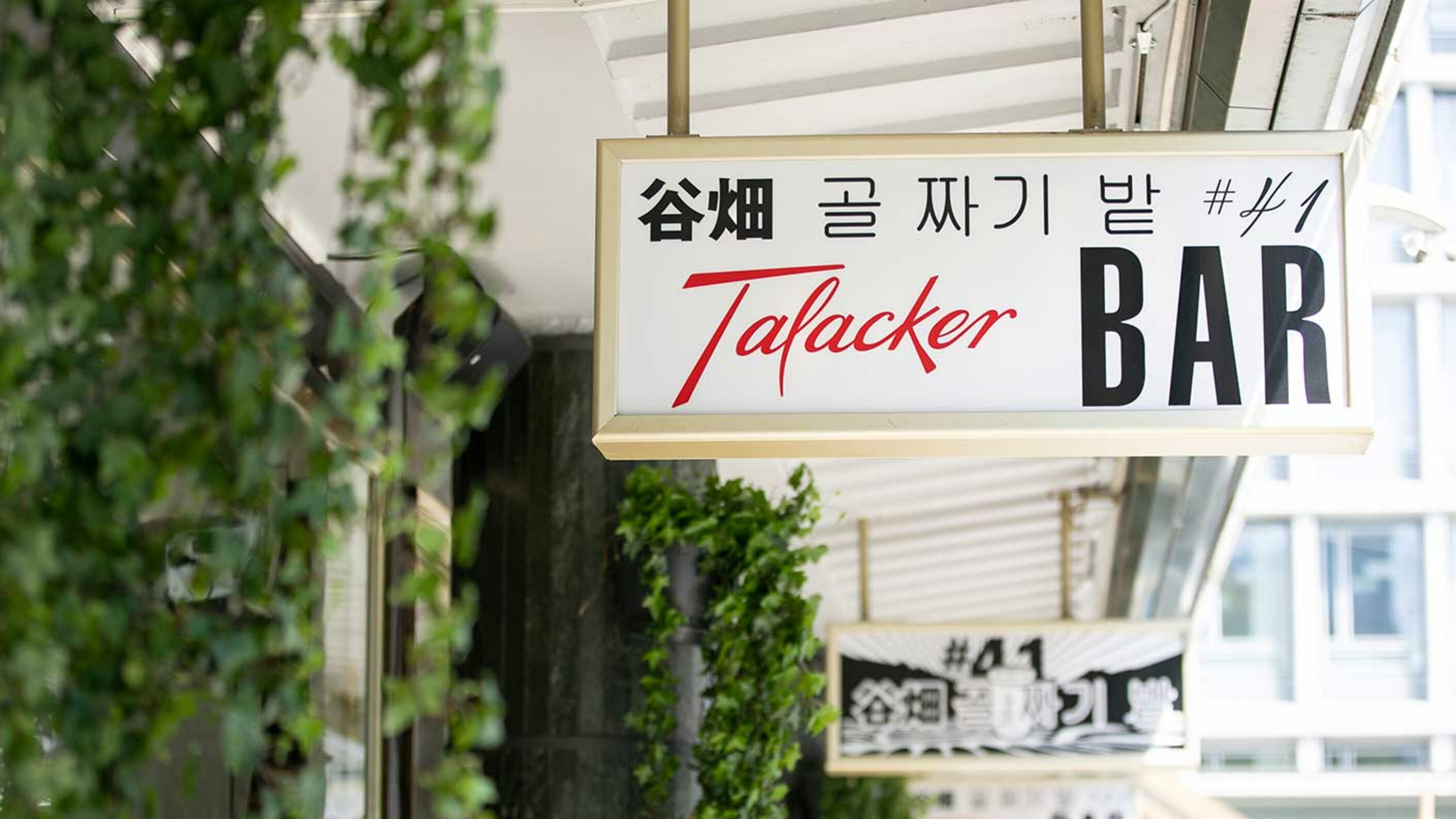 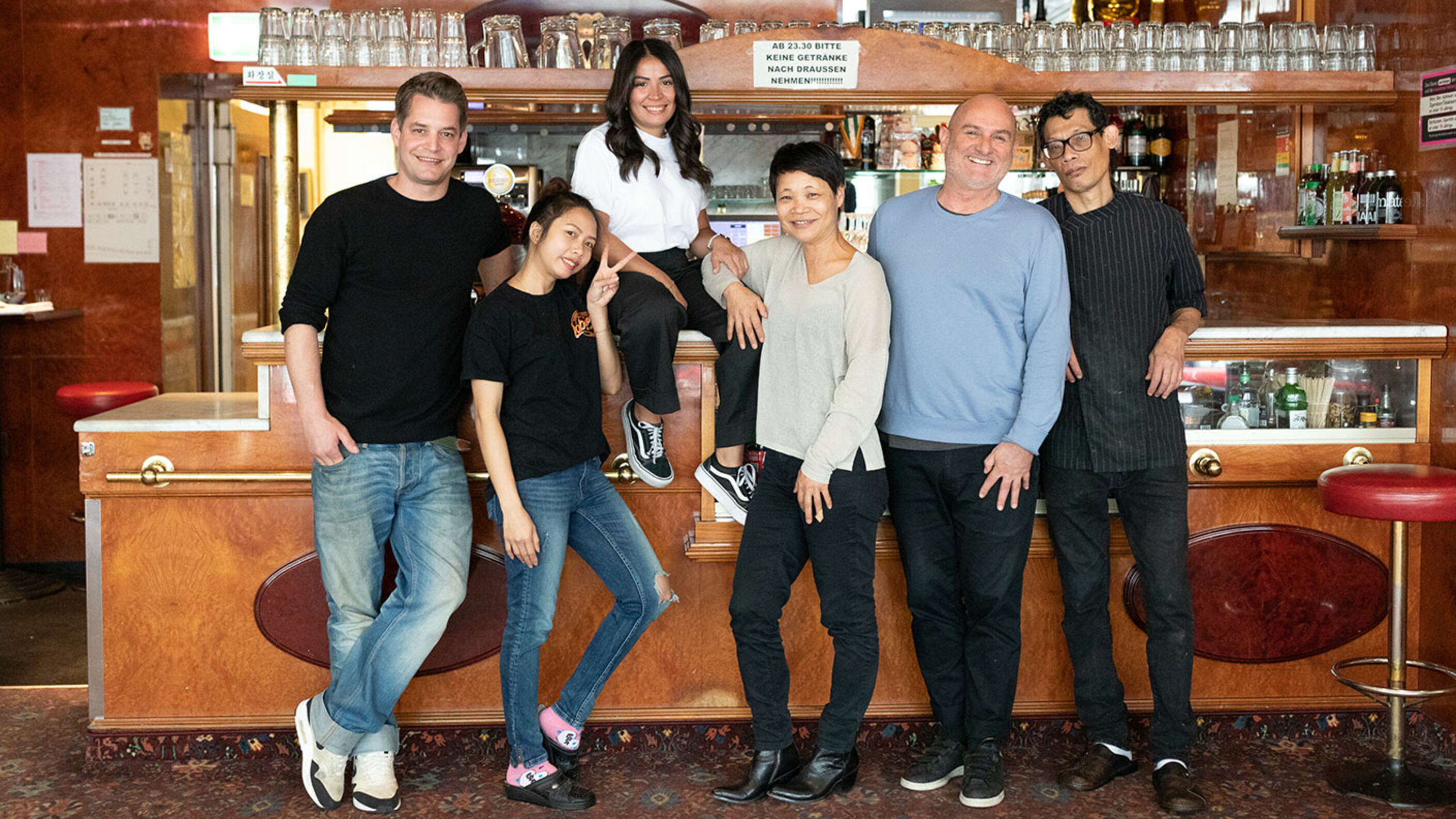 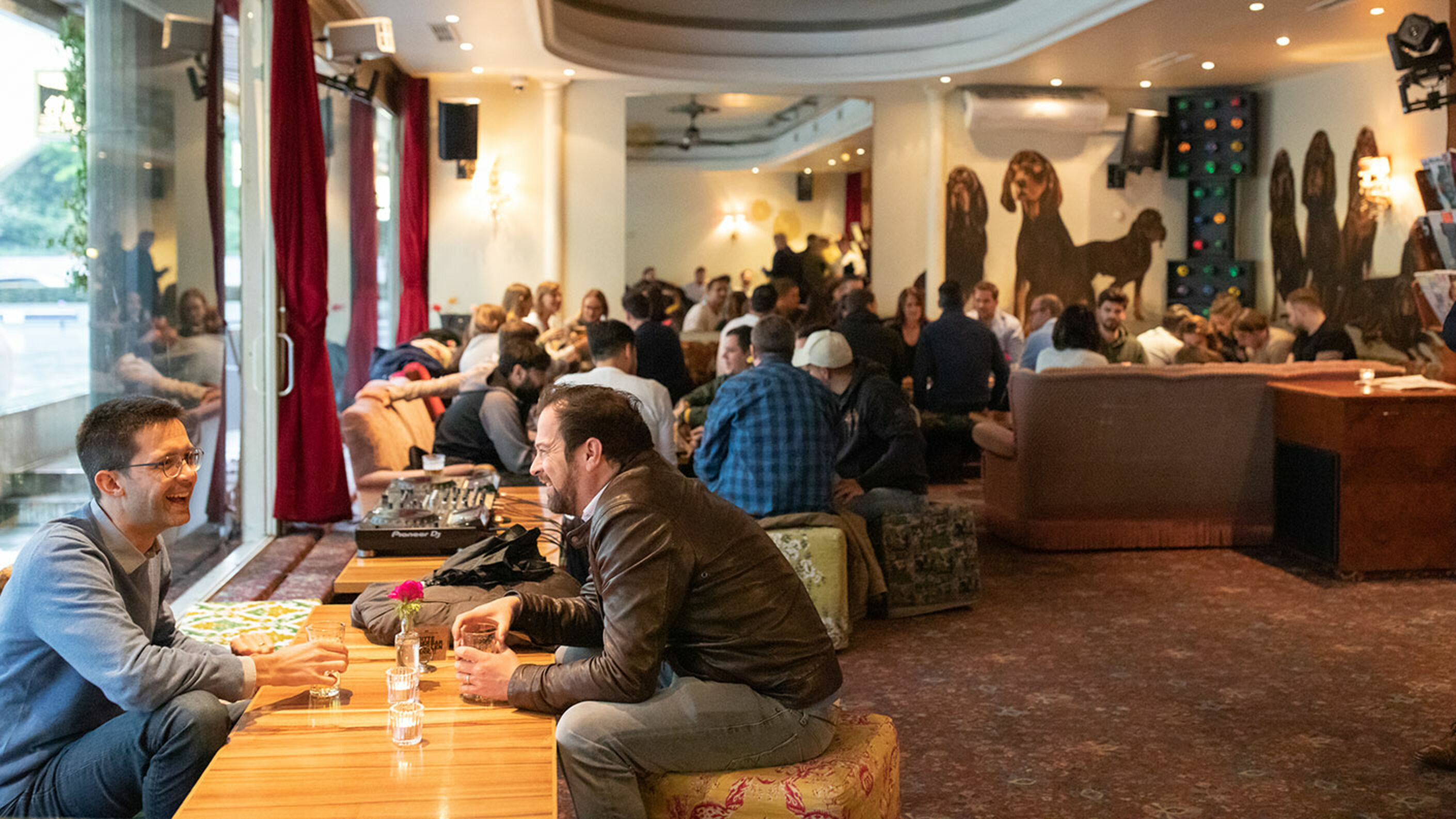 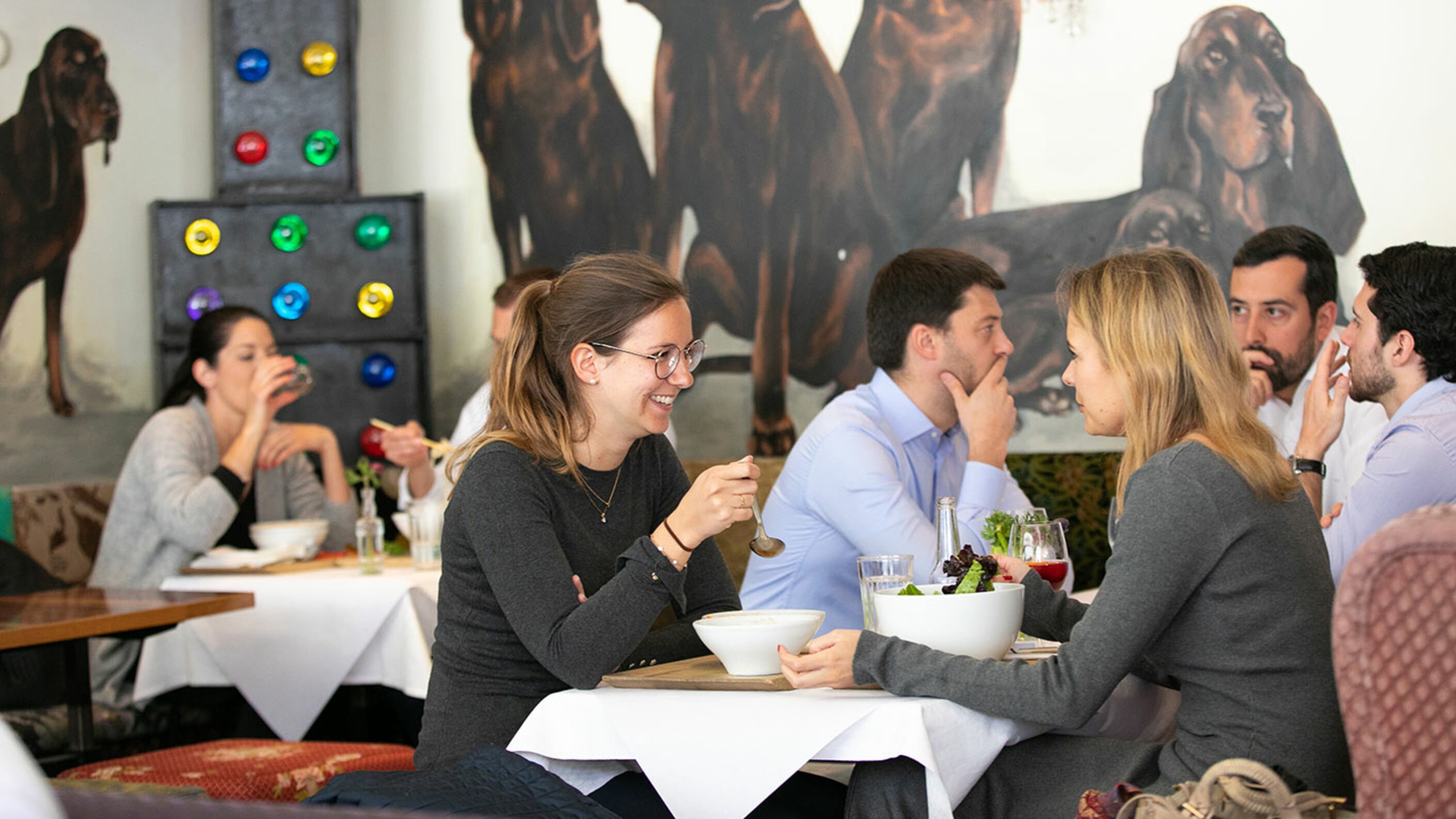 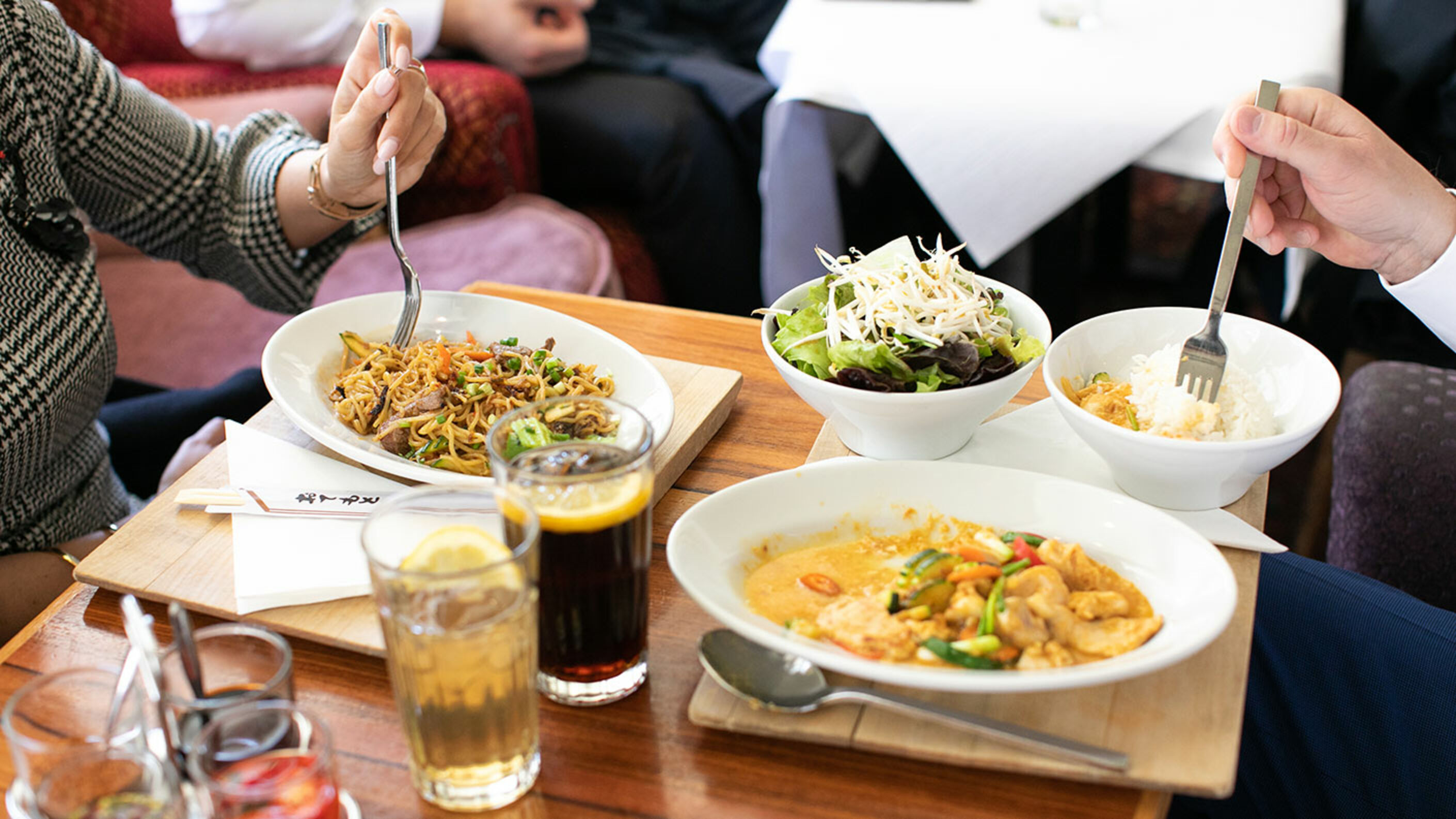 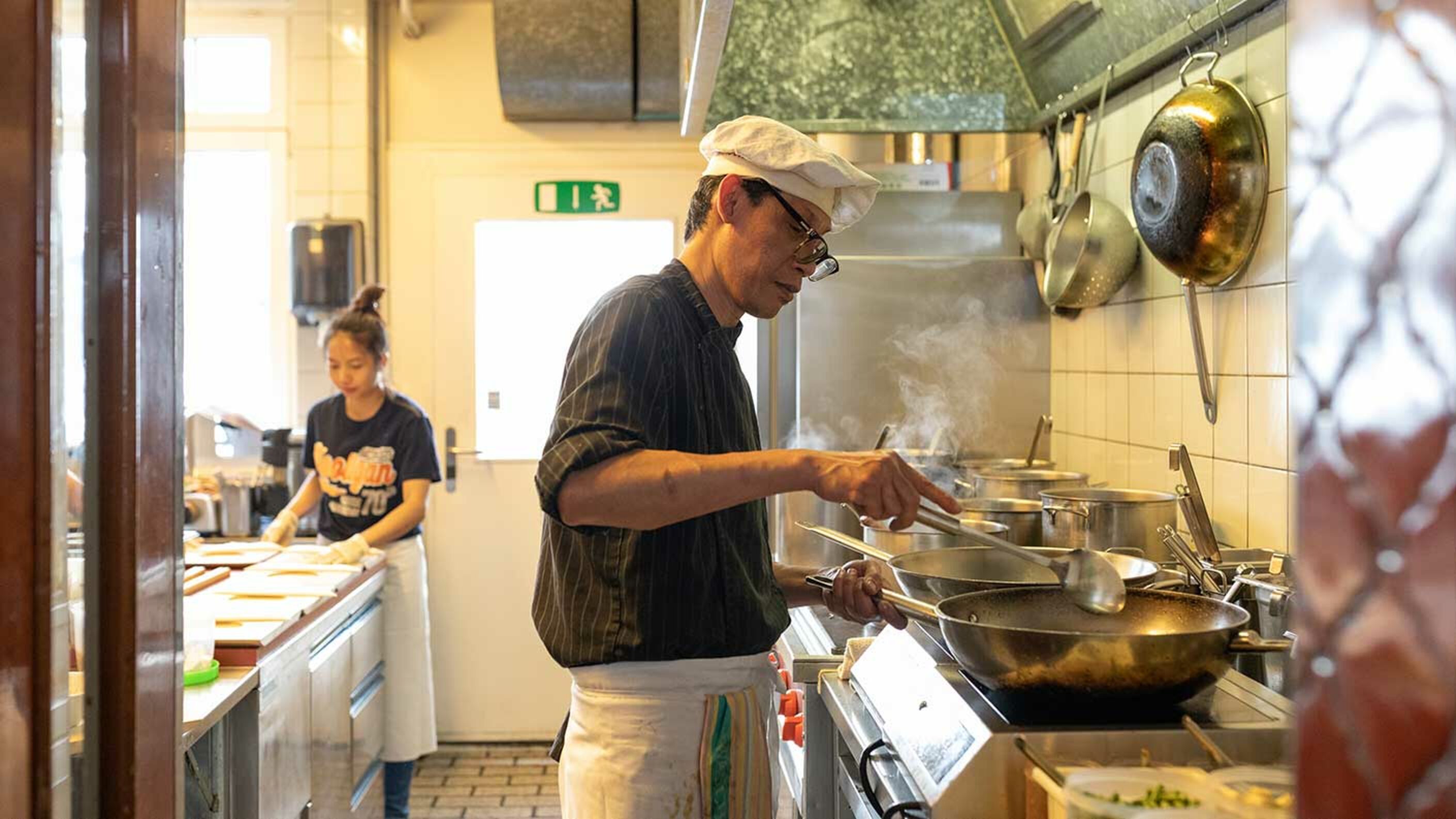 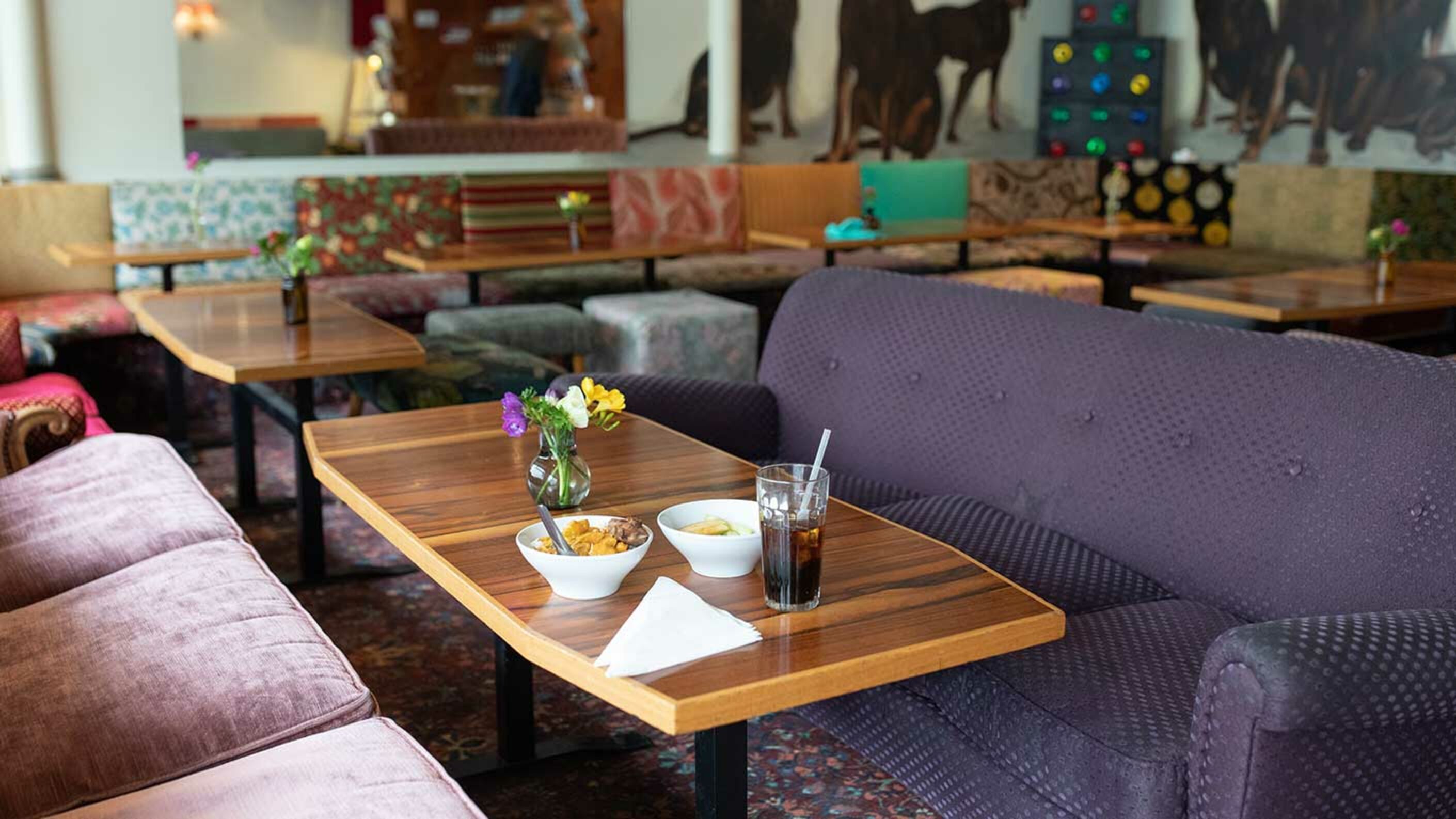 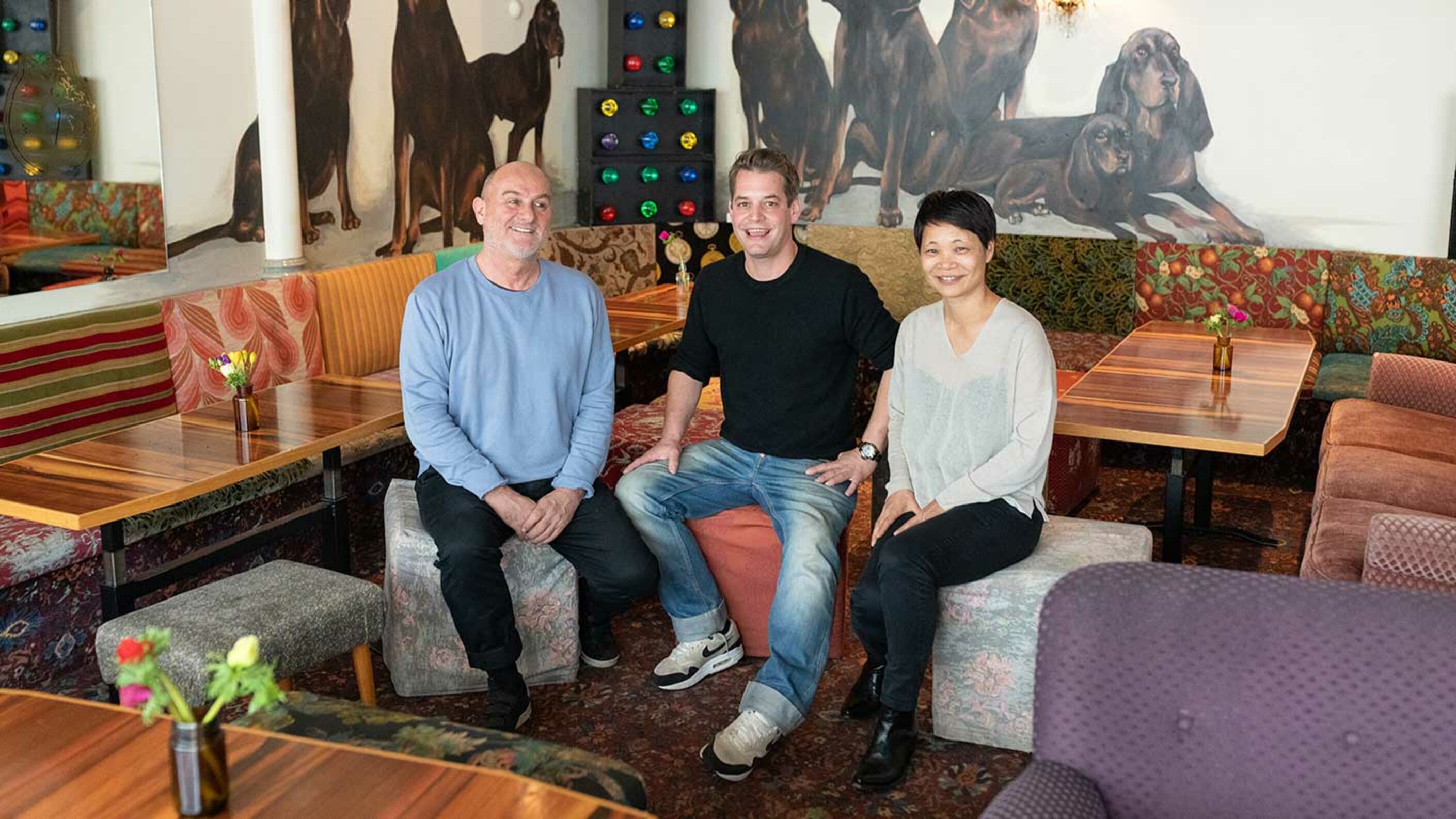 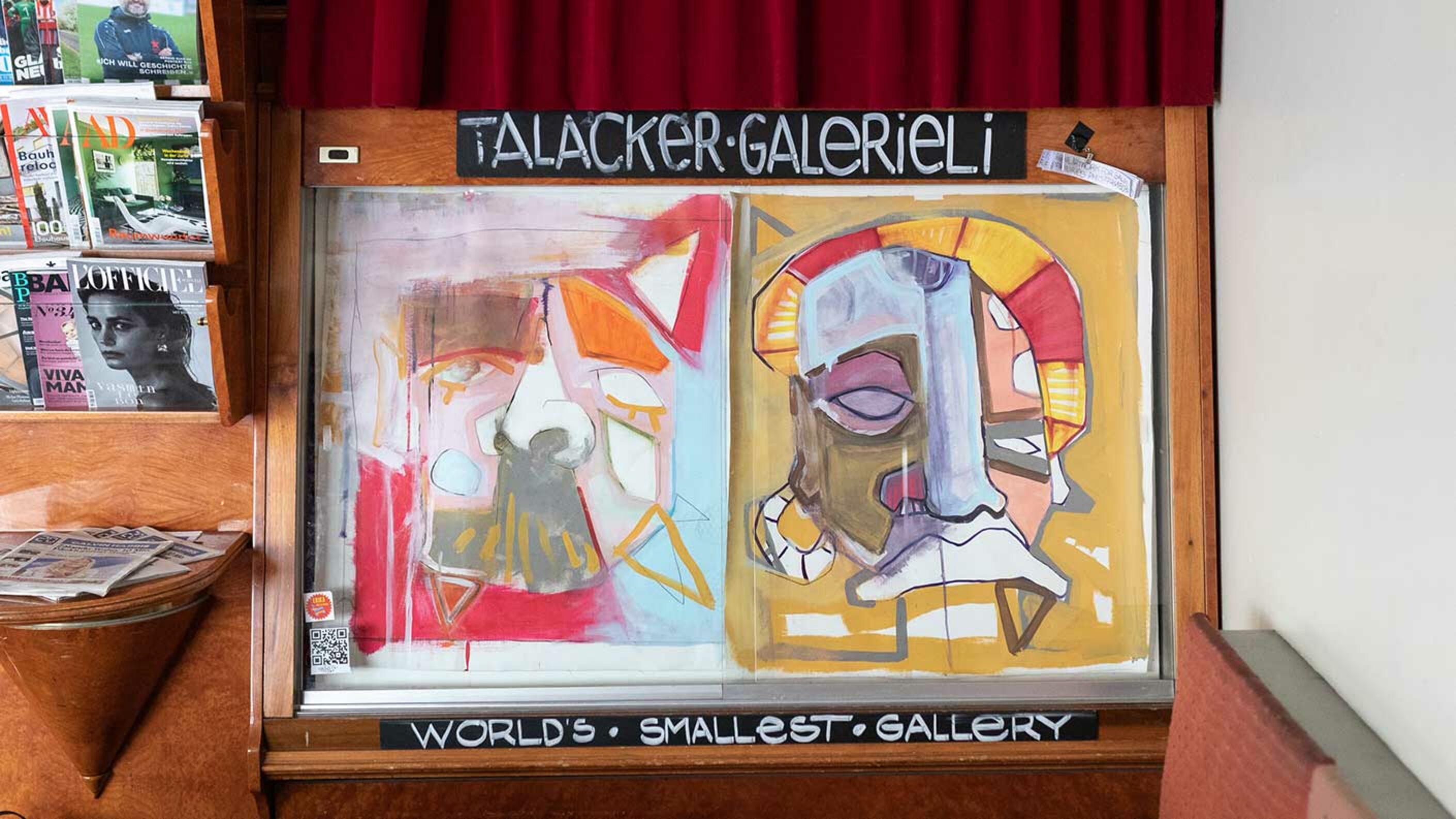 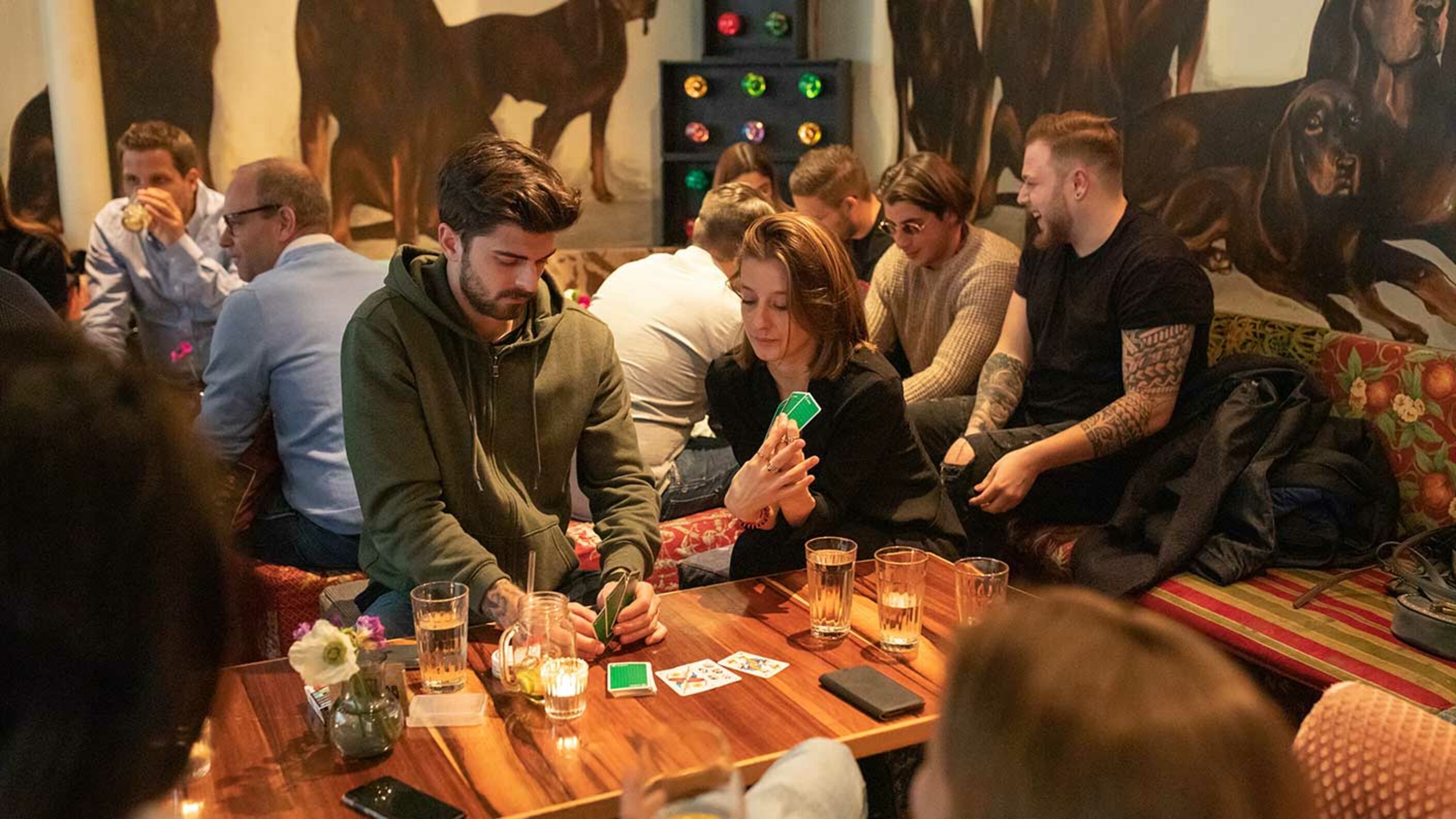 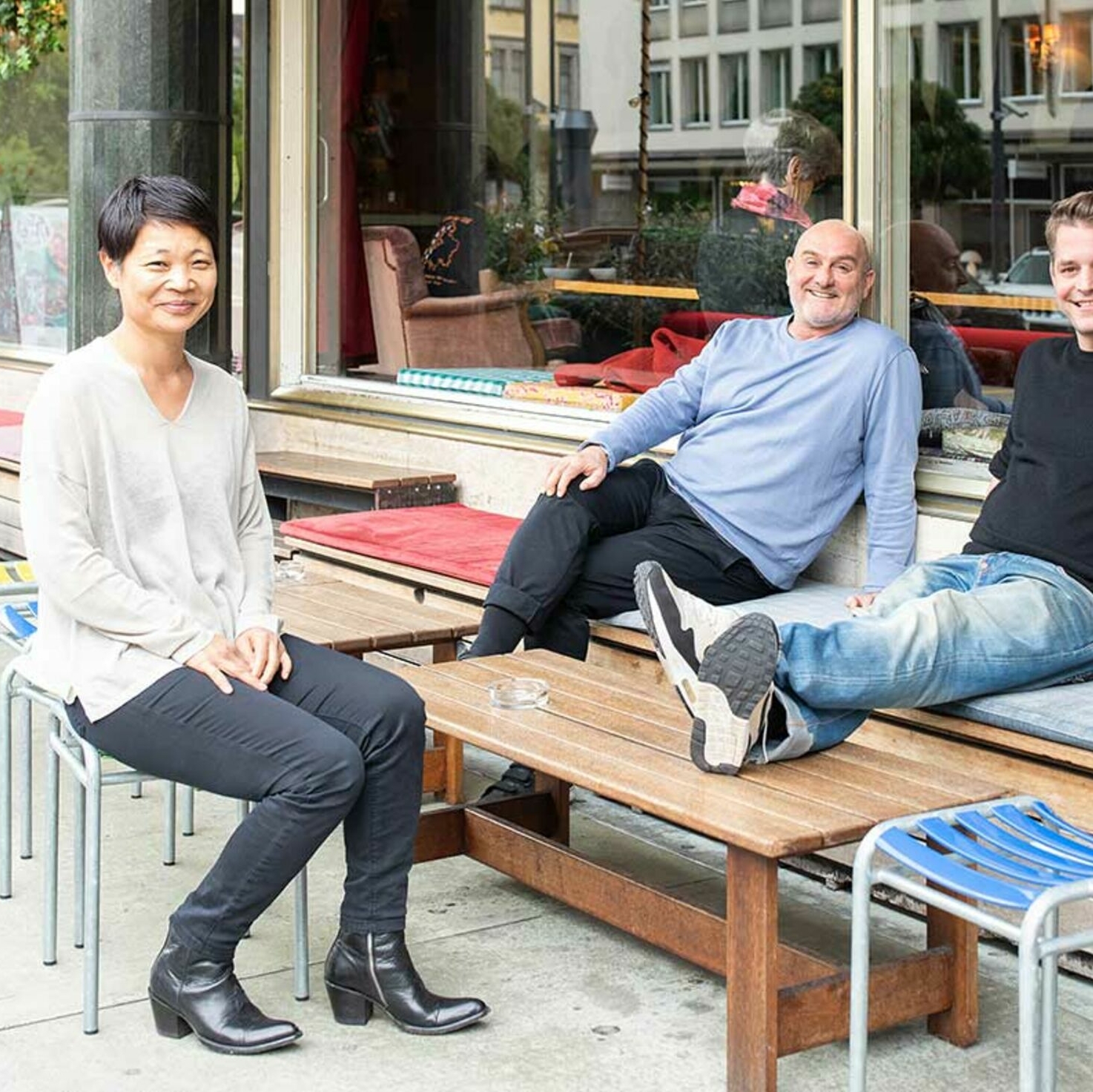 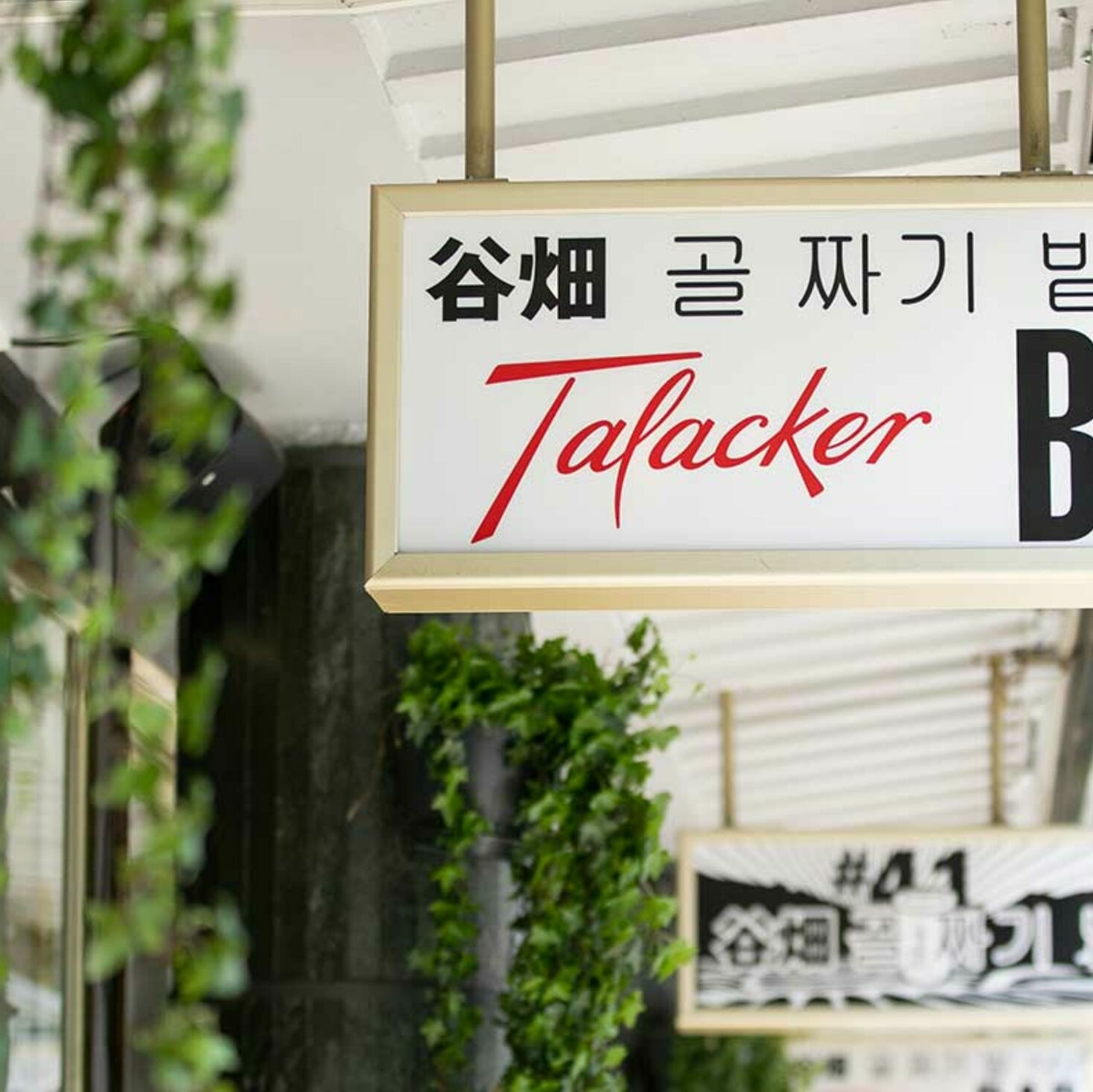 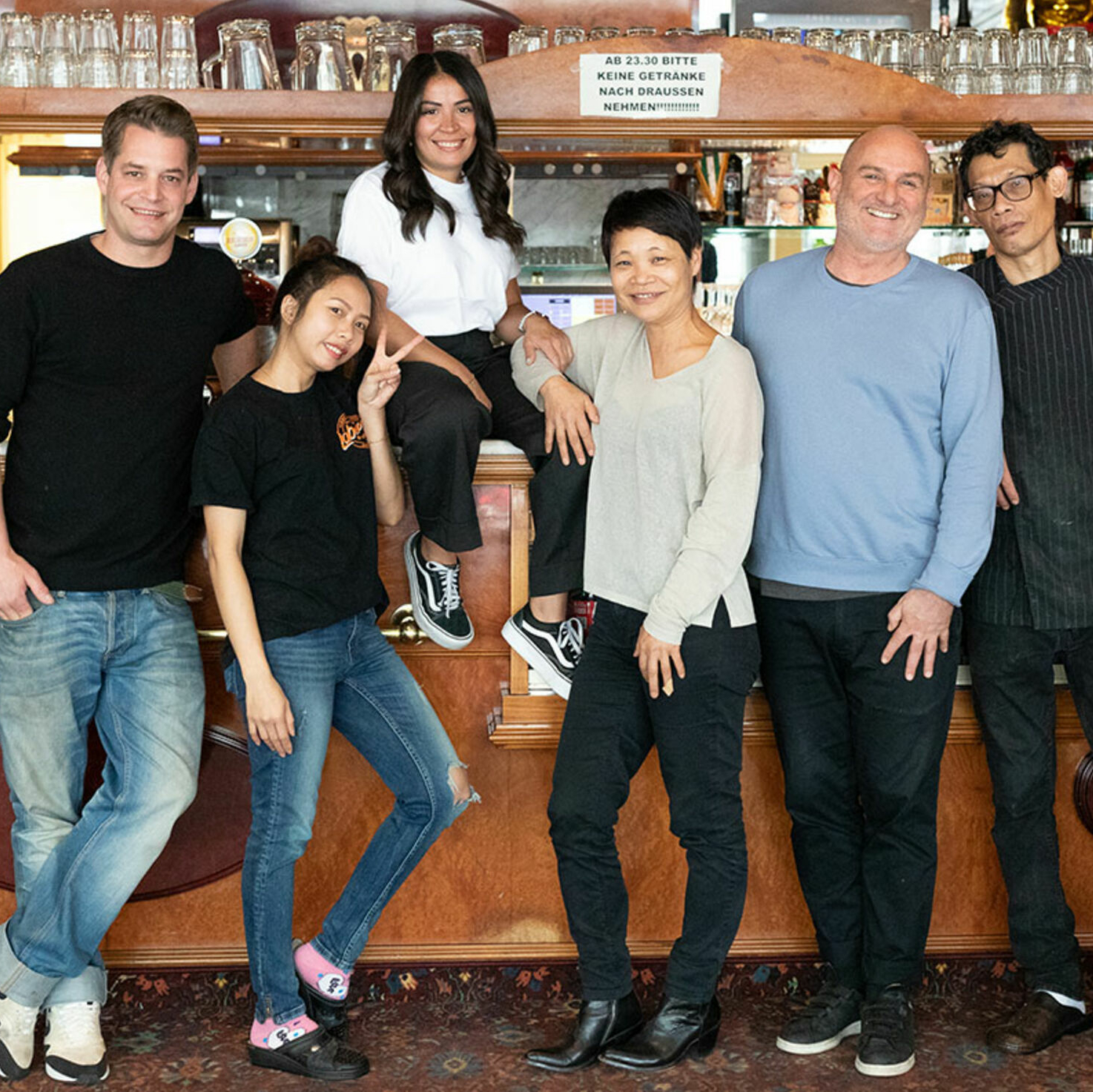 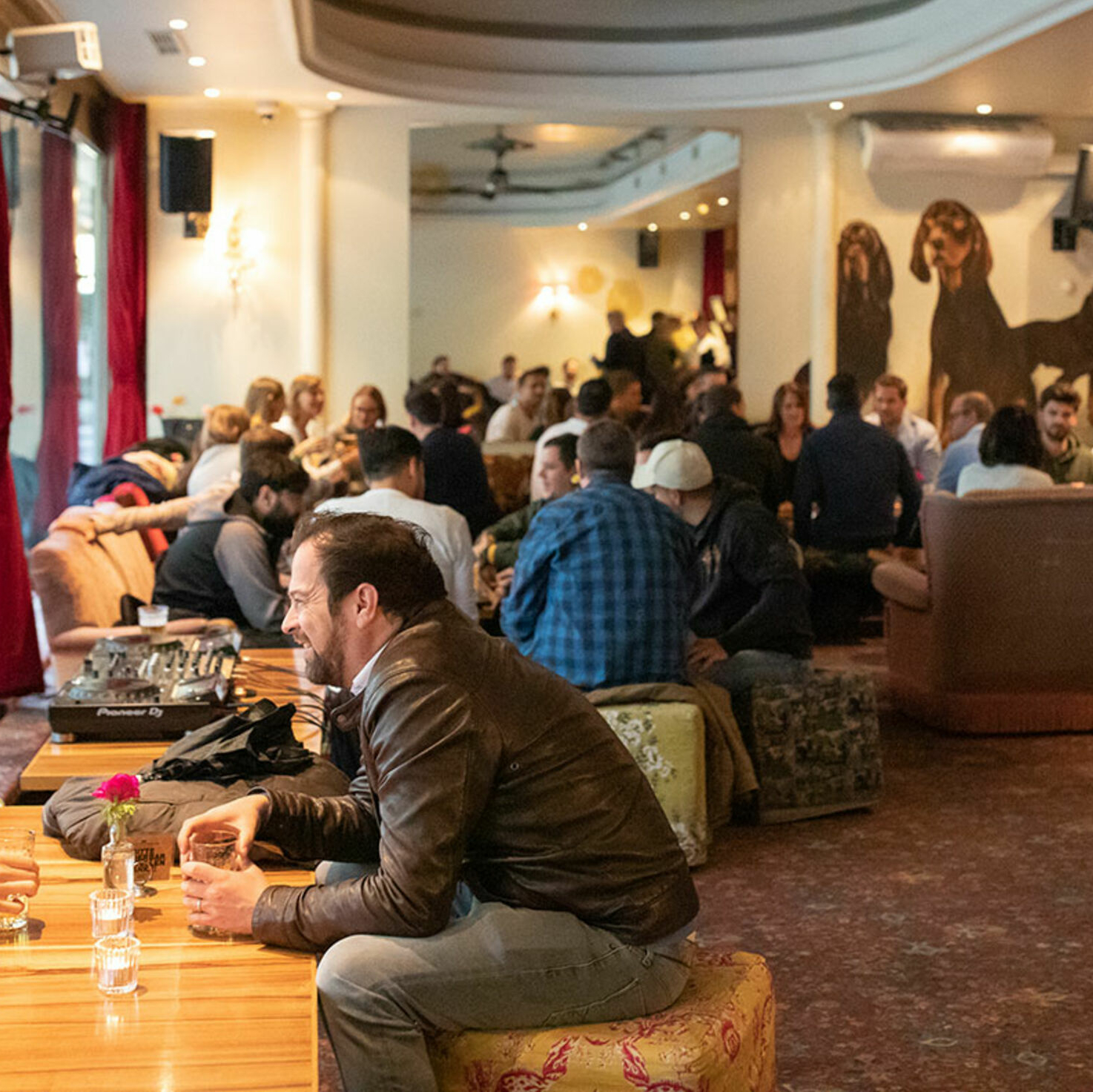 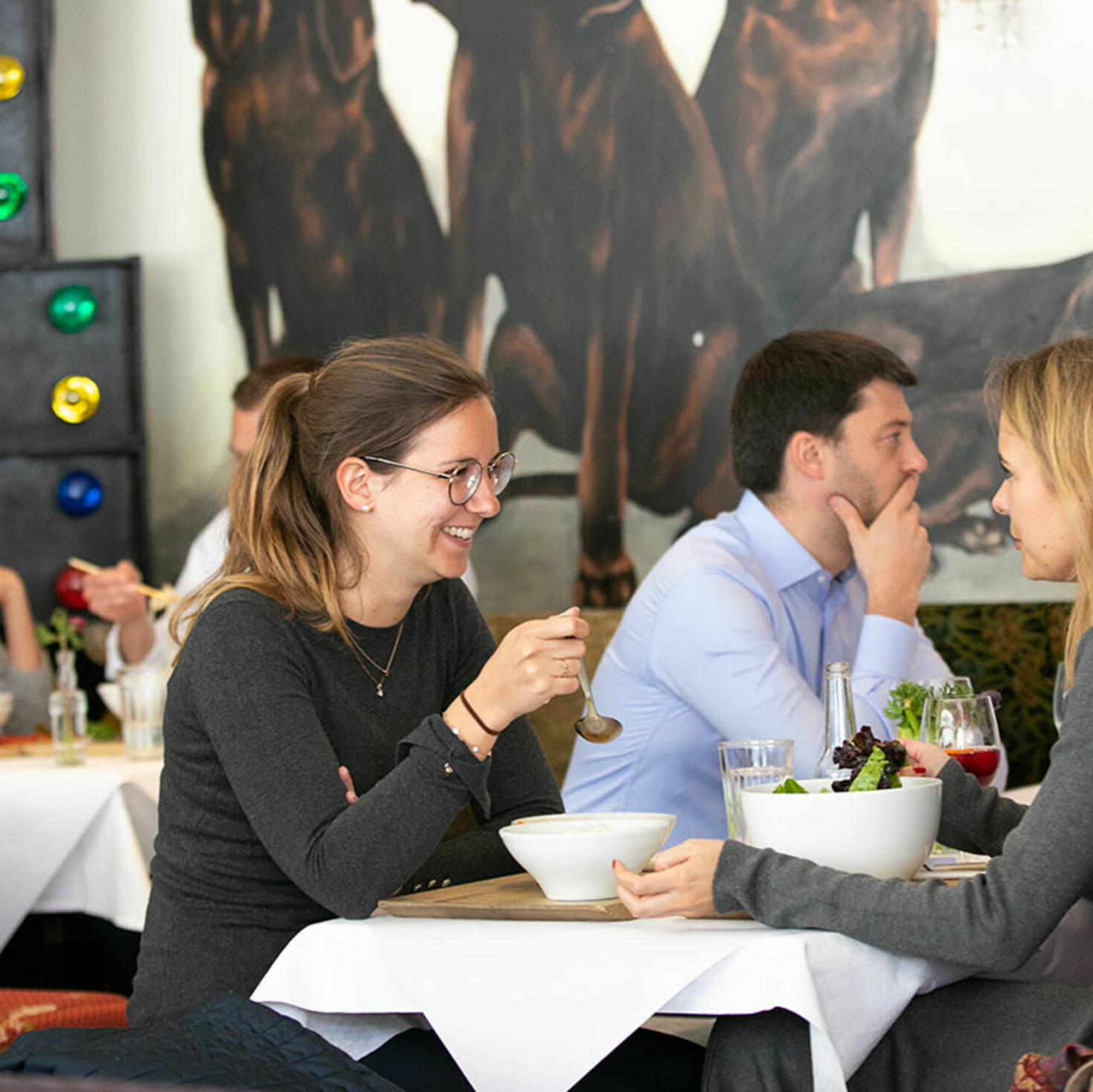 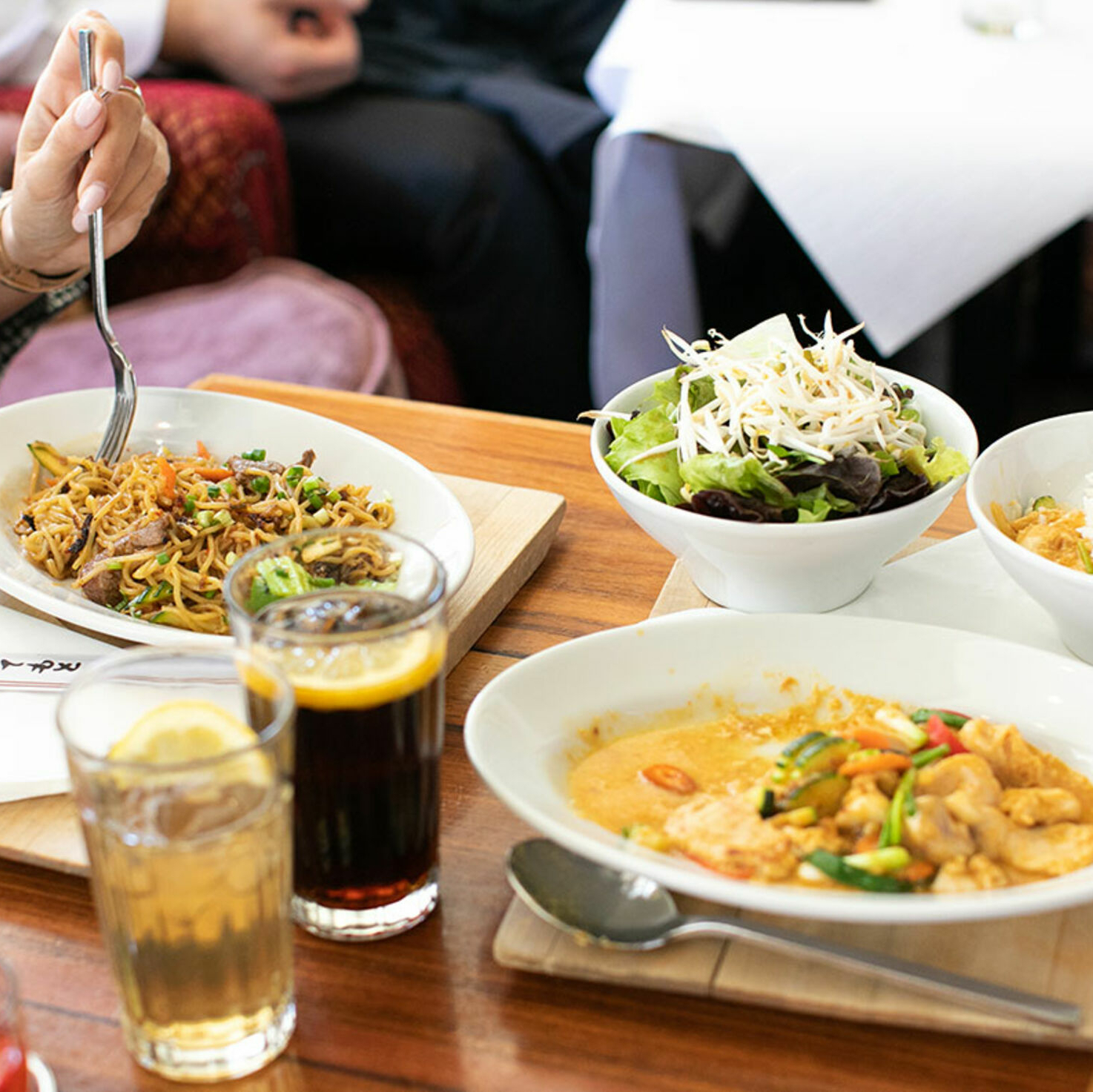 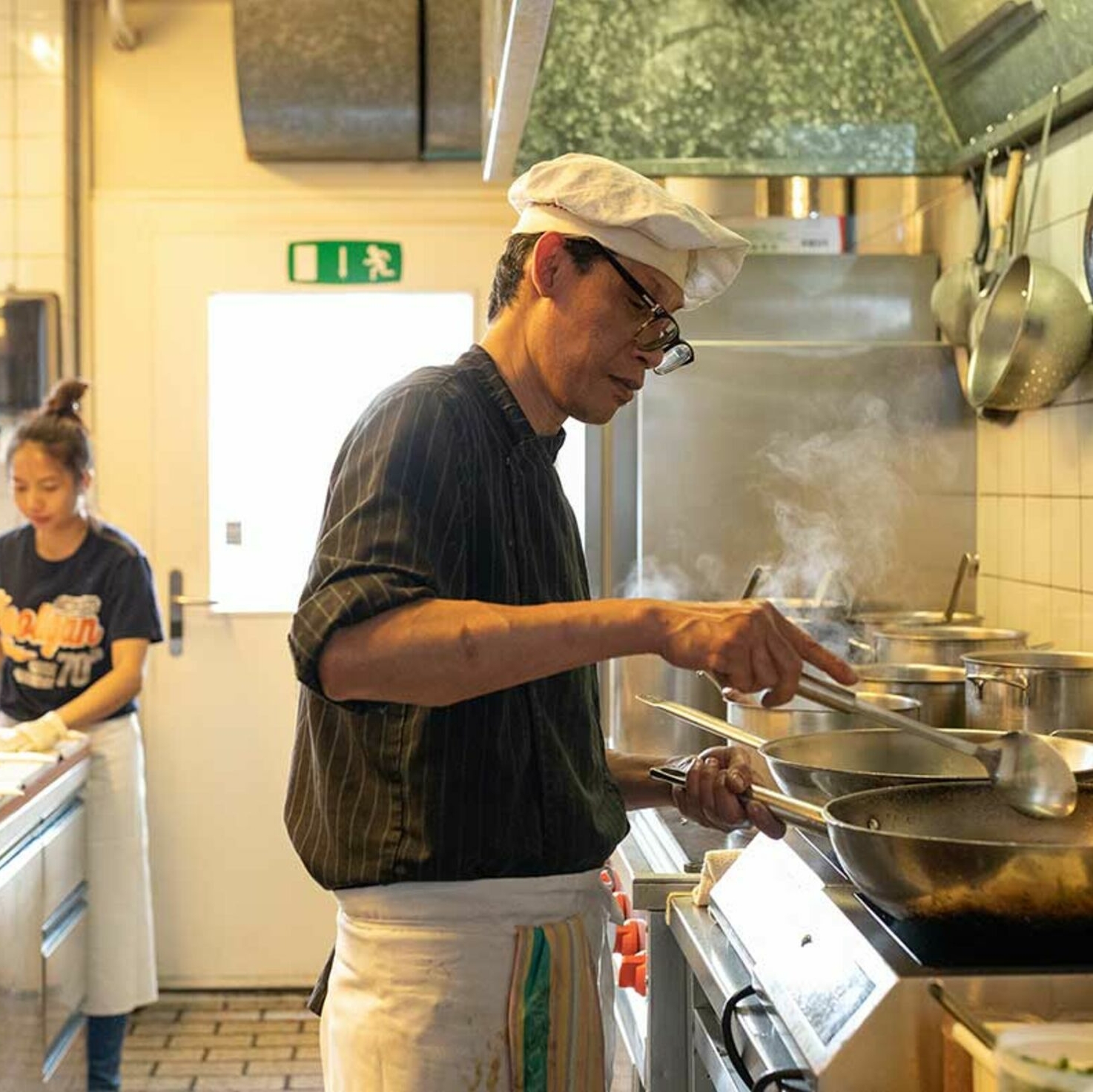 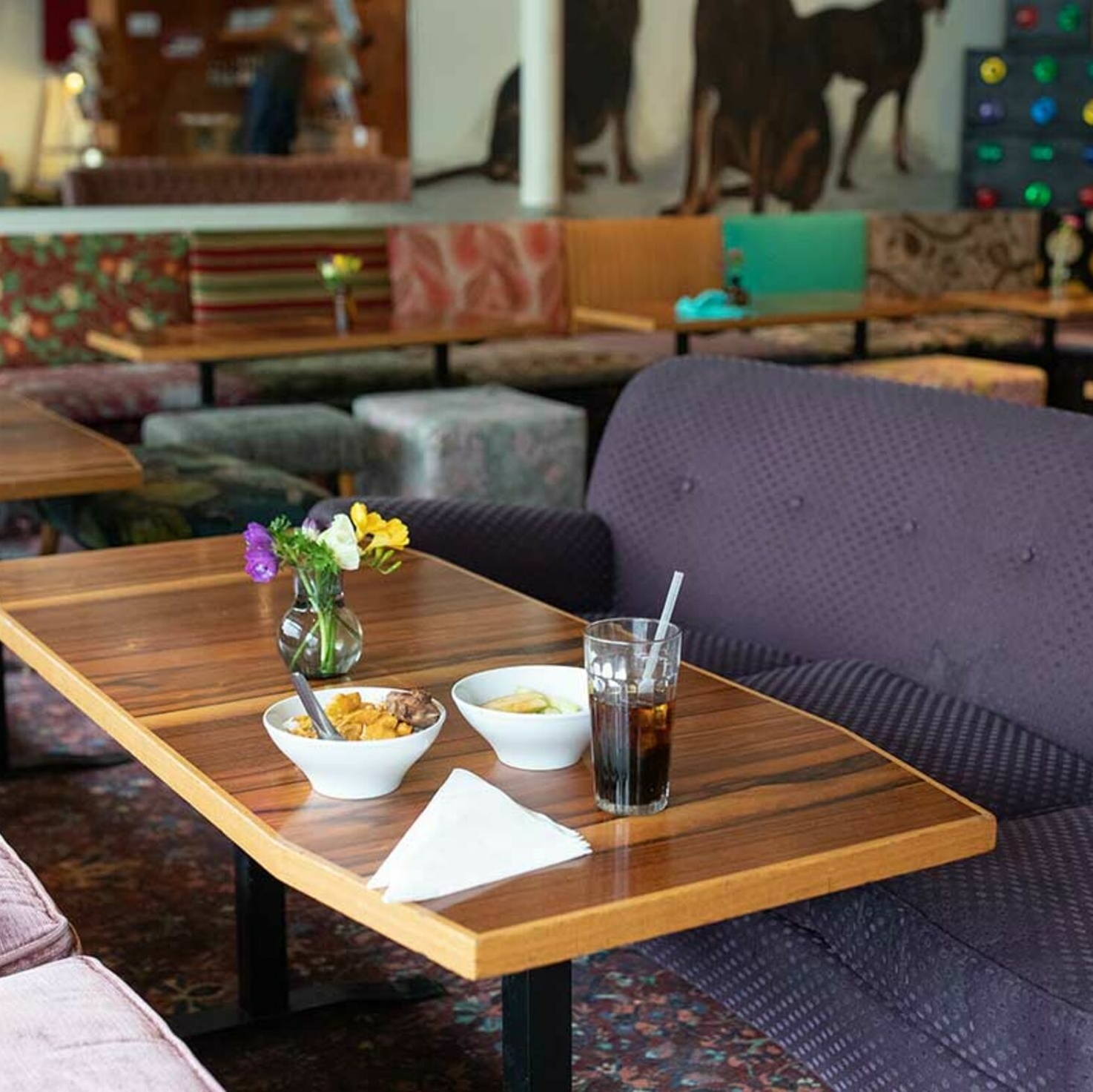 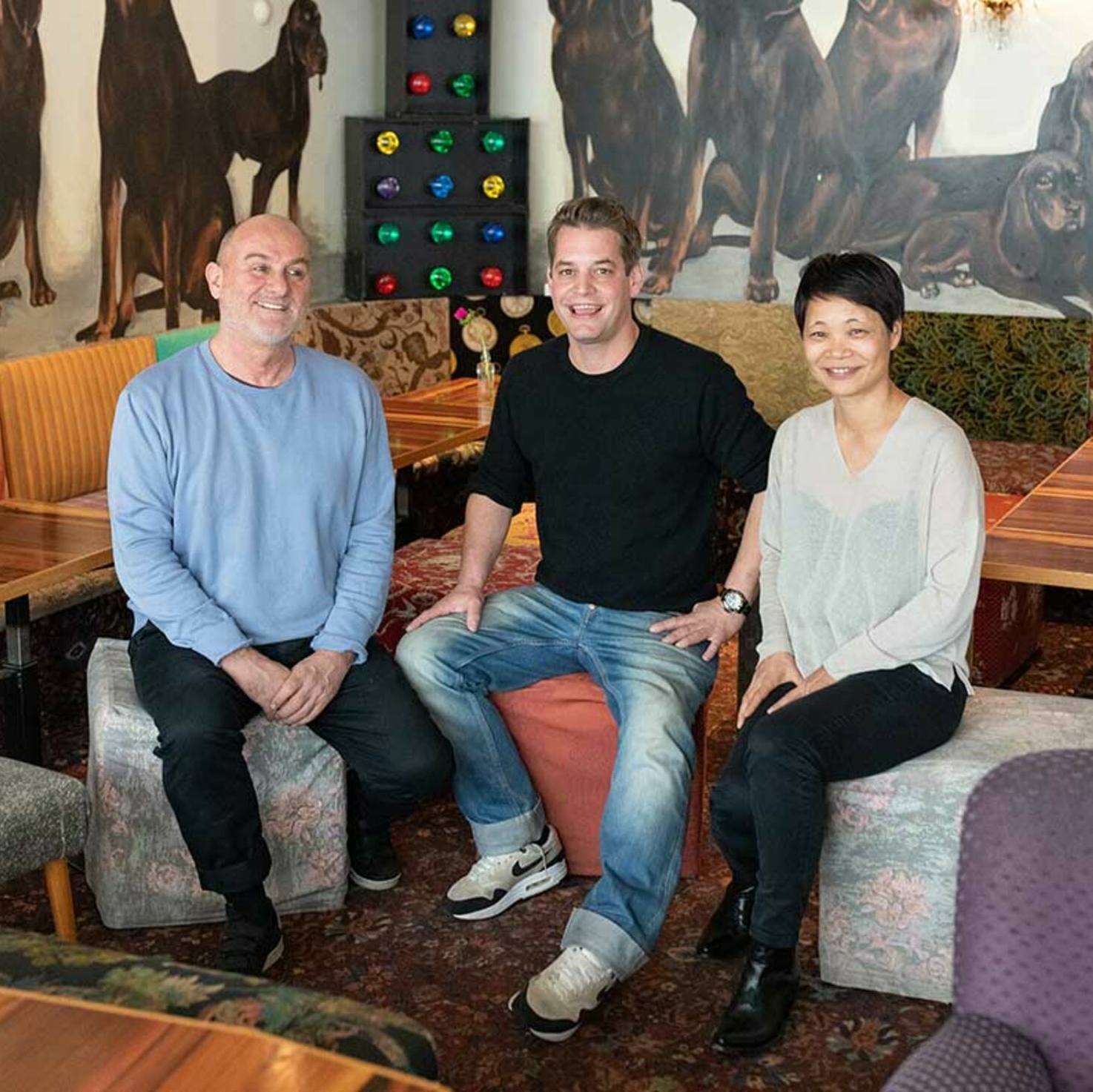 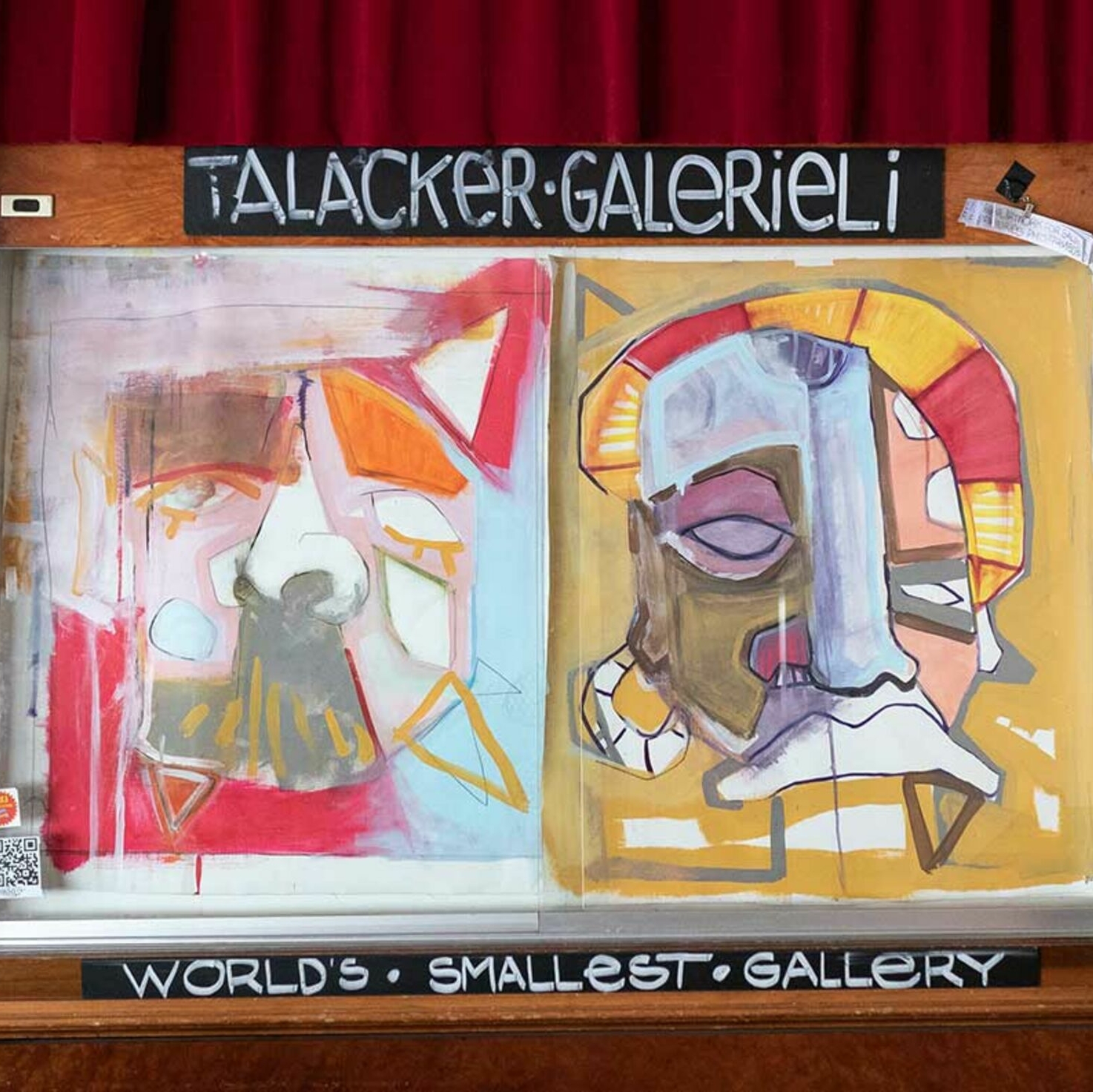 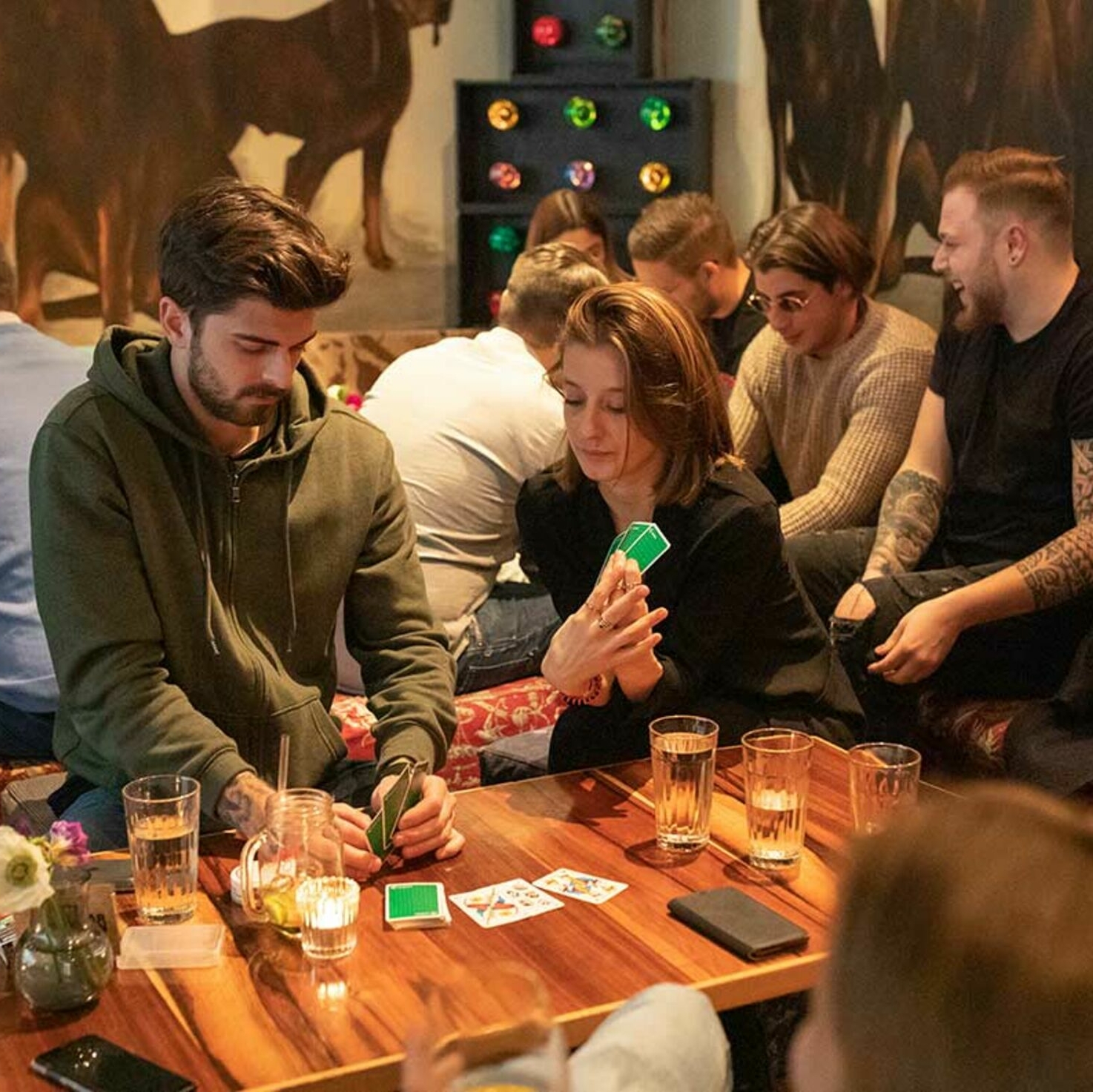 Urs Mühlherr, Chris Schaad and Maja Kunzelmann run a restaurant and bar that has become something of a cult.

Urs Mühlherr, Chris Schaad and Maja Kunzelmann have been running Talacker since 2004. It has become one of the most popular restaurants in district 1, partly because of its classic noodle soups and unique drink creations.

Reservations are a must at Talacker. ‘Just because it’s so popular,’ say restaurateurs Urs Mühlherr, Chris Schaad and Maja Kunzelmann. ‘But otherwise we like to keep things as uncomplicated as possible.’ Most days, the three owners are still found working behind the bar or buffet of their restaurant.

Talacker’s three chefs regularly serve up more than 100 lunches, comprising dishes that were once considered groundbreaking but that have now become firm favourites. Along with the classic Japanese noodle soups, they also offer a strong, aromatic miso soup with the characteristic flavour of umami.

Every week there are changing curry specials, along with a small selection of Thai curries. The bar’s special soft drinks are at least as important as the freshly prepared, biodynamic Asian food. For example, Basil Smash is a creation from the Zurich region – an eco-friendly blend of basil, lime and syrup.

The former late-night bar has now become a grown-up, established lunch spot and evening bar that is as popular as ever.

It also provides the base ingredient for Talacker’s own edgy creations such as Fish, a mix of vodka and ice tea. The former late-night bar in the golden triangle of Long Street, Volkshaus and Talacker has now become a grown-up, established lunch spot and evening bar that is as popular as ever.

The fact that Talacker has become a Zurich institution is also highlighted on Wednesday evenings, when the turntables are manned by up-and-coming talents and old hands. No club sounds, just nice background music to suit a cool place like Talacker. There was a time when TV and radio celebrities would drink and carouse into the small hours with eccentric co-owner Yves Spink, who was still involved at that time. But that’s all in the past. With a grin, Urs says they are now ‘older and wiser’.

If you need some valuable information about this city of culture, fine food and banking, Talacker is the place to go.

Talacker has also retained its charm as a traditional local bar with a family atmosphere. Chris Schaad and Urs Mühlherr now have their own families, and their wives also work in the business. After a busy lunchtime they like to sit in the ‘second best room’ with the whole family and chat to their husbands and the staff.

If you need some valuable information about this city of culture, fine food and banking, Talacker is the place to go. Here – and only here – is where the who’s who of district 1 park themselves on the bar’s two fixed benches over lunch or evening drinks. Urs says: ‘Councillors, leading bankers, top DJs and budding movie stars – they all come here because they can simply be themselves.’