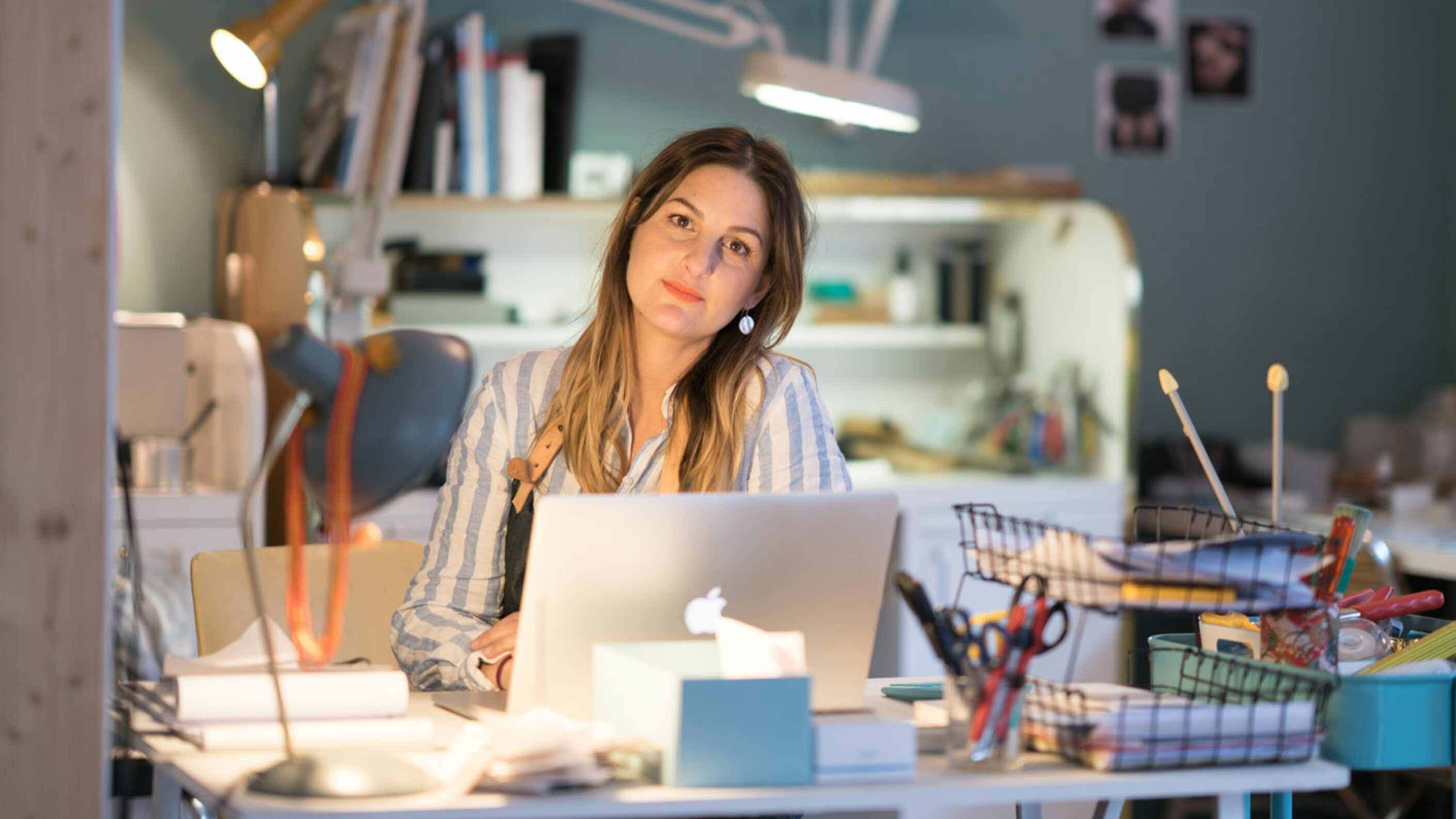 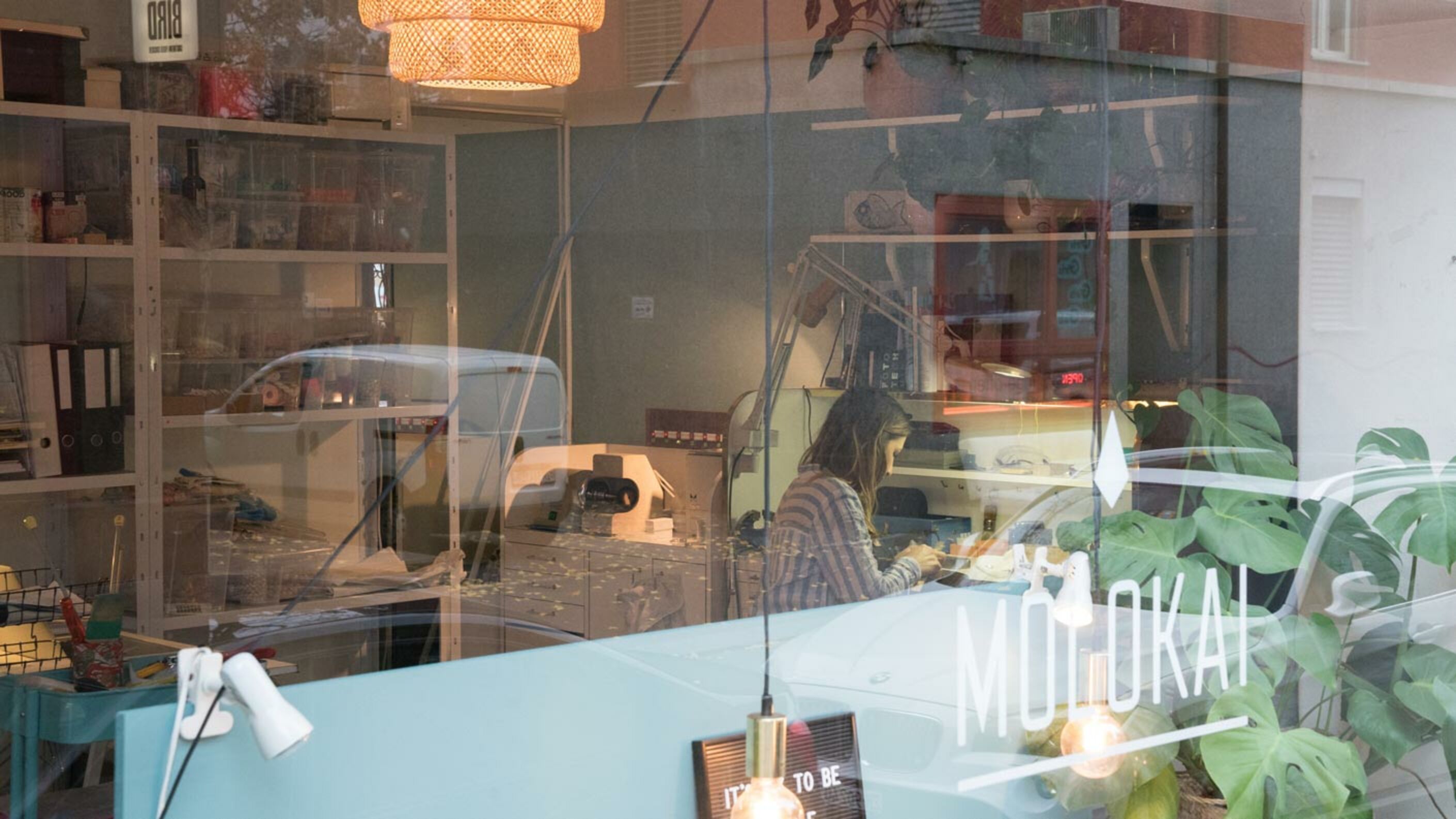 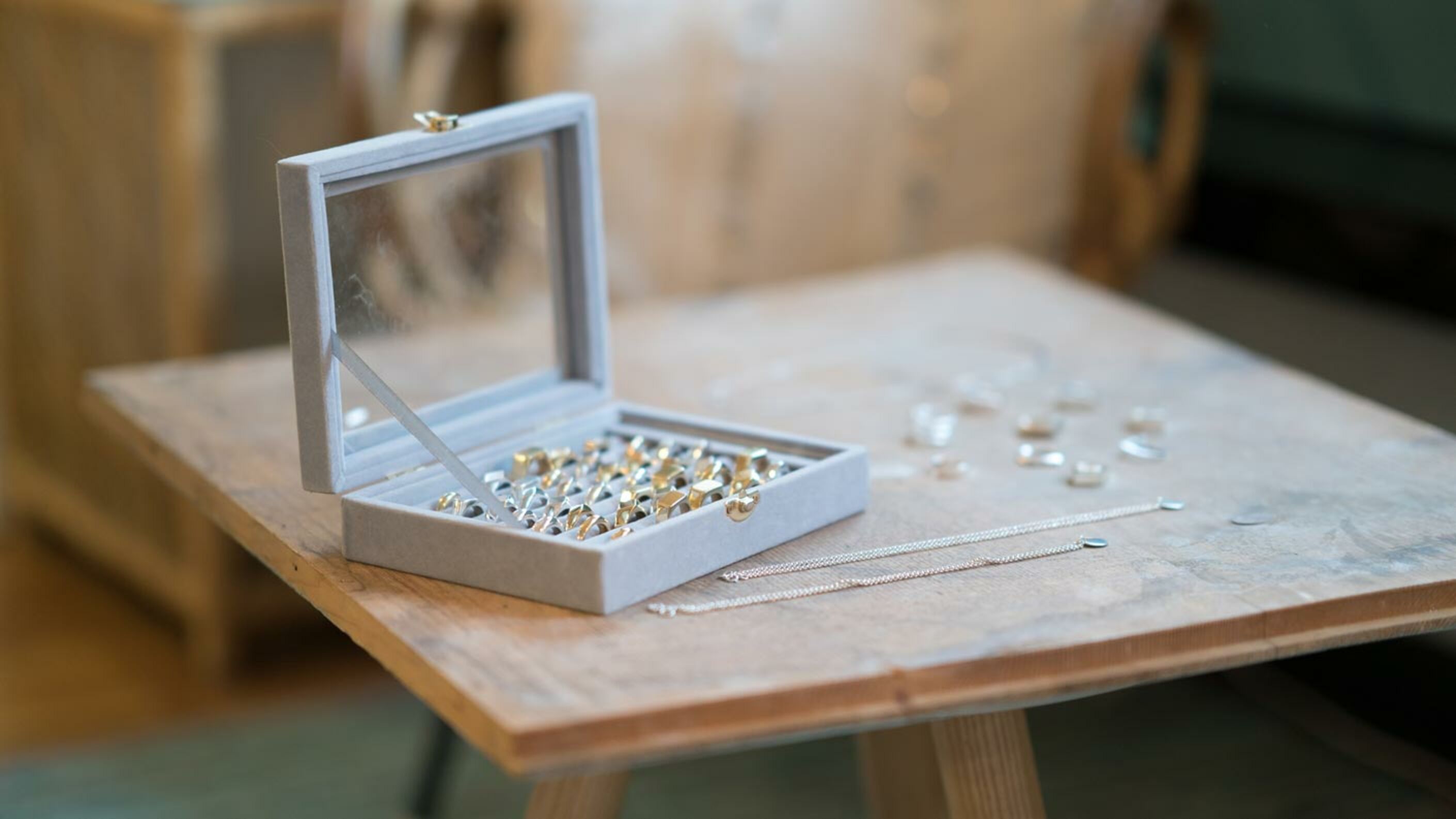 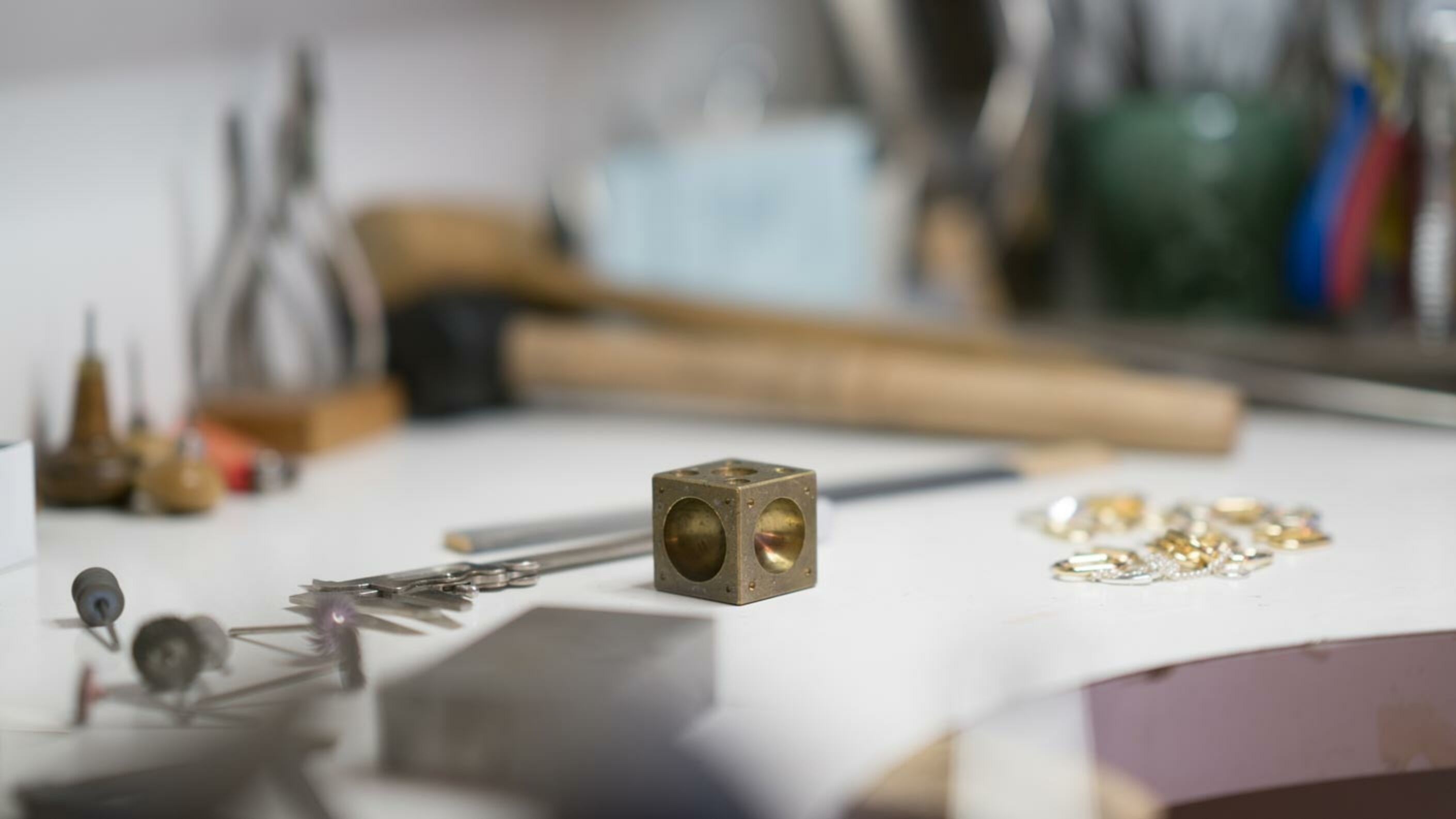 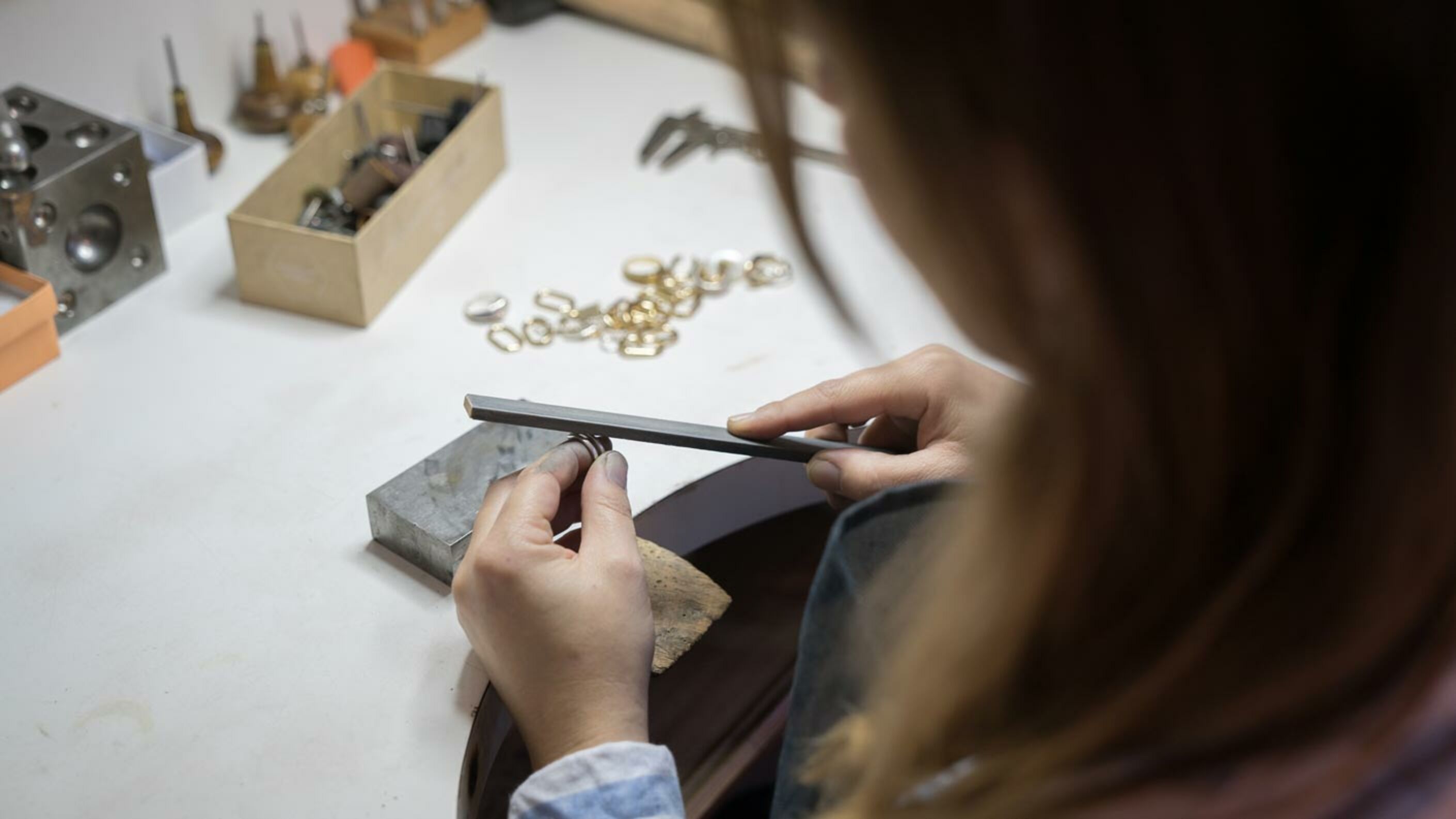 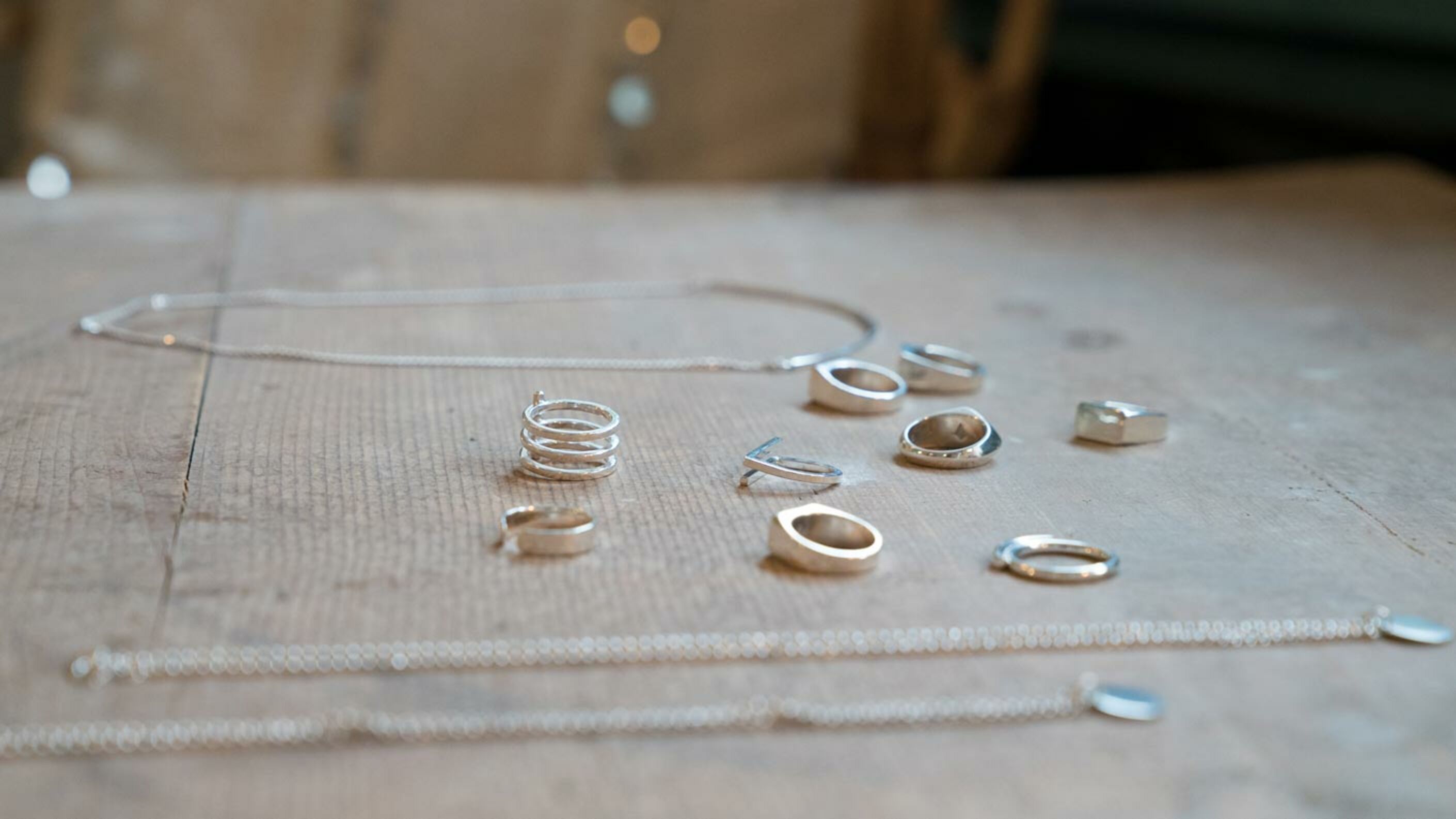 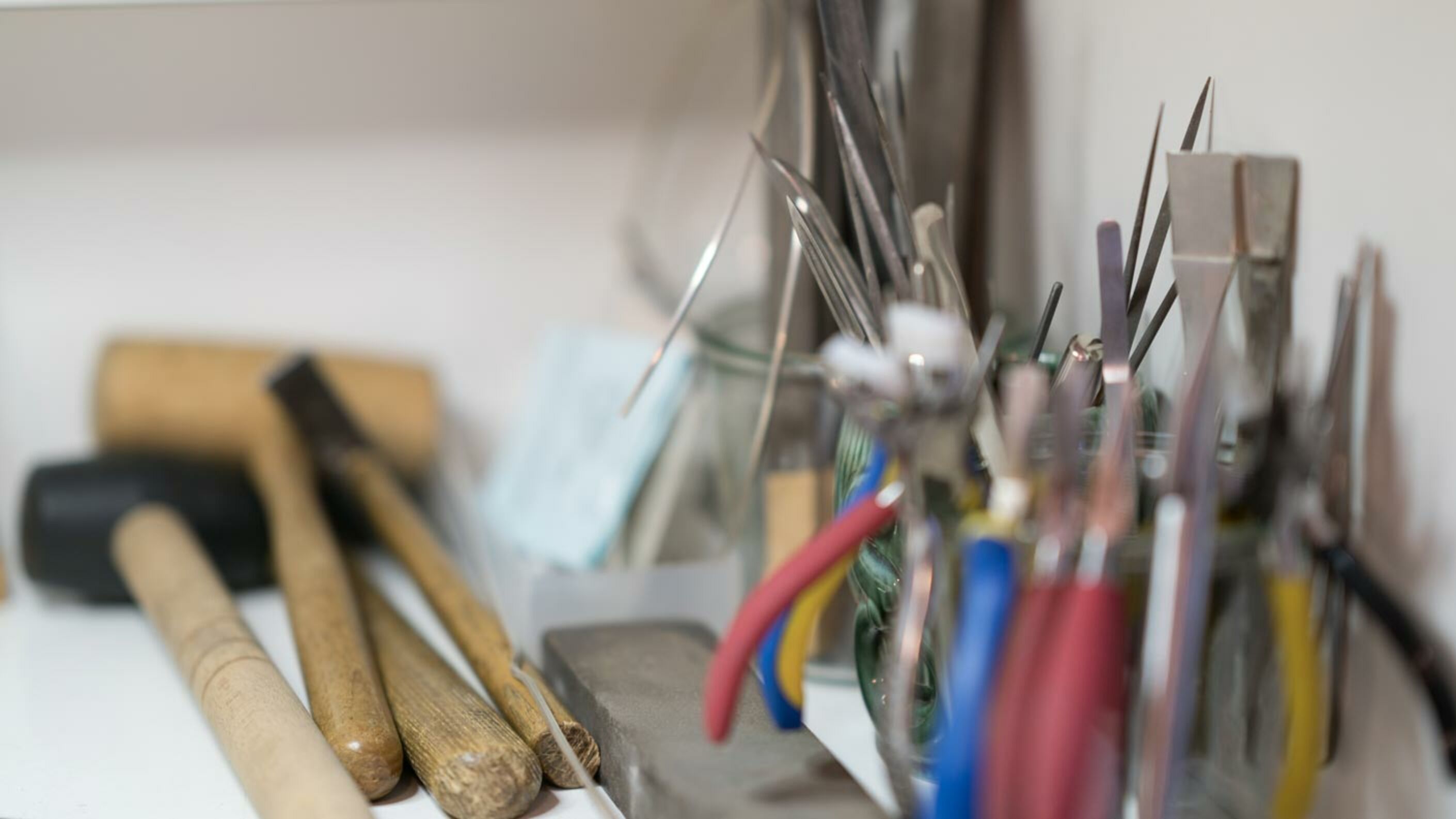 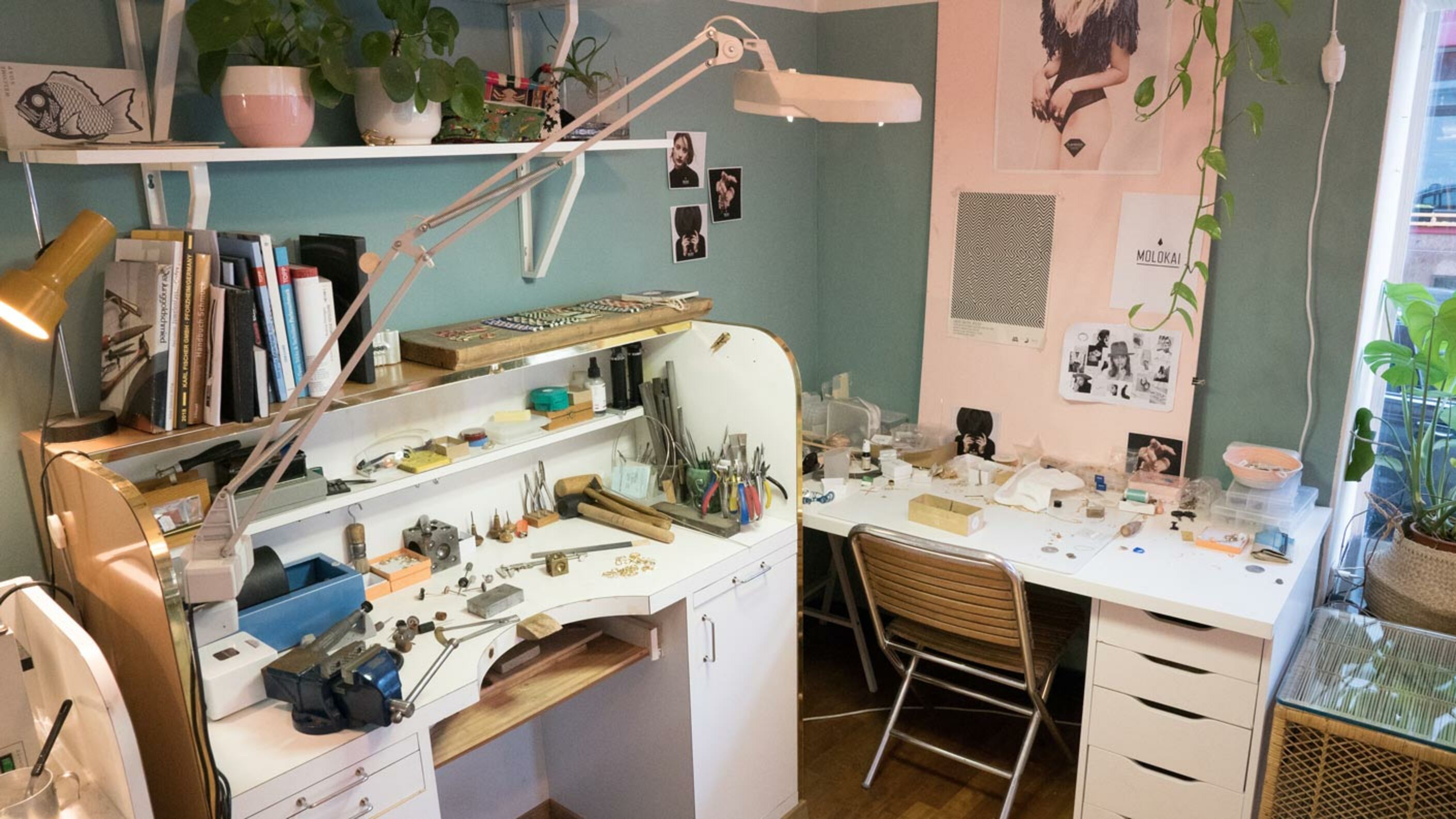 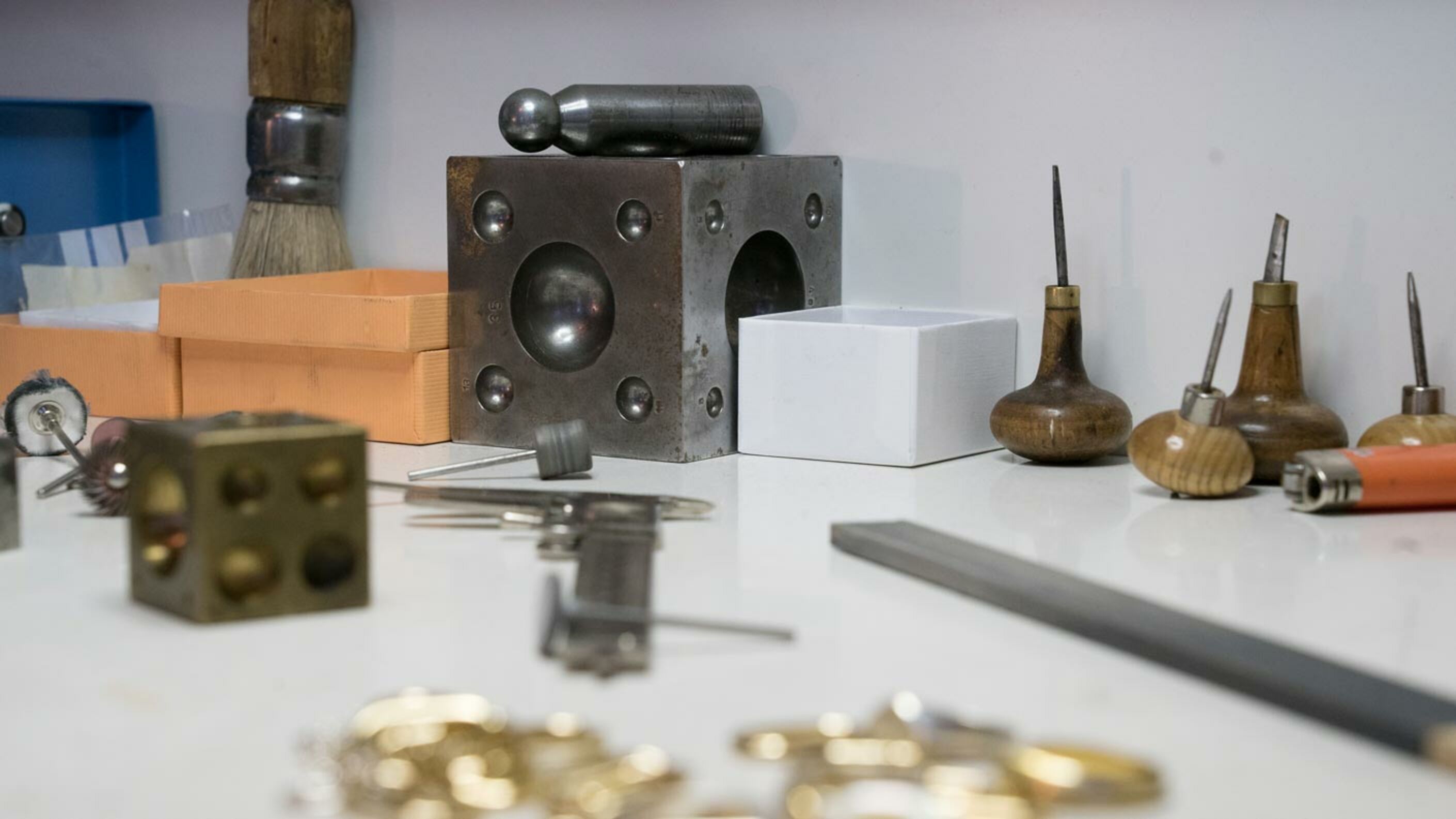 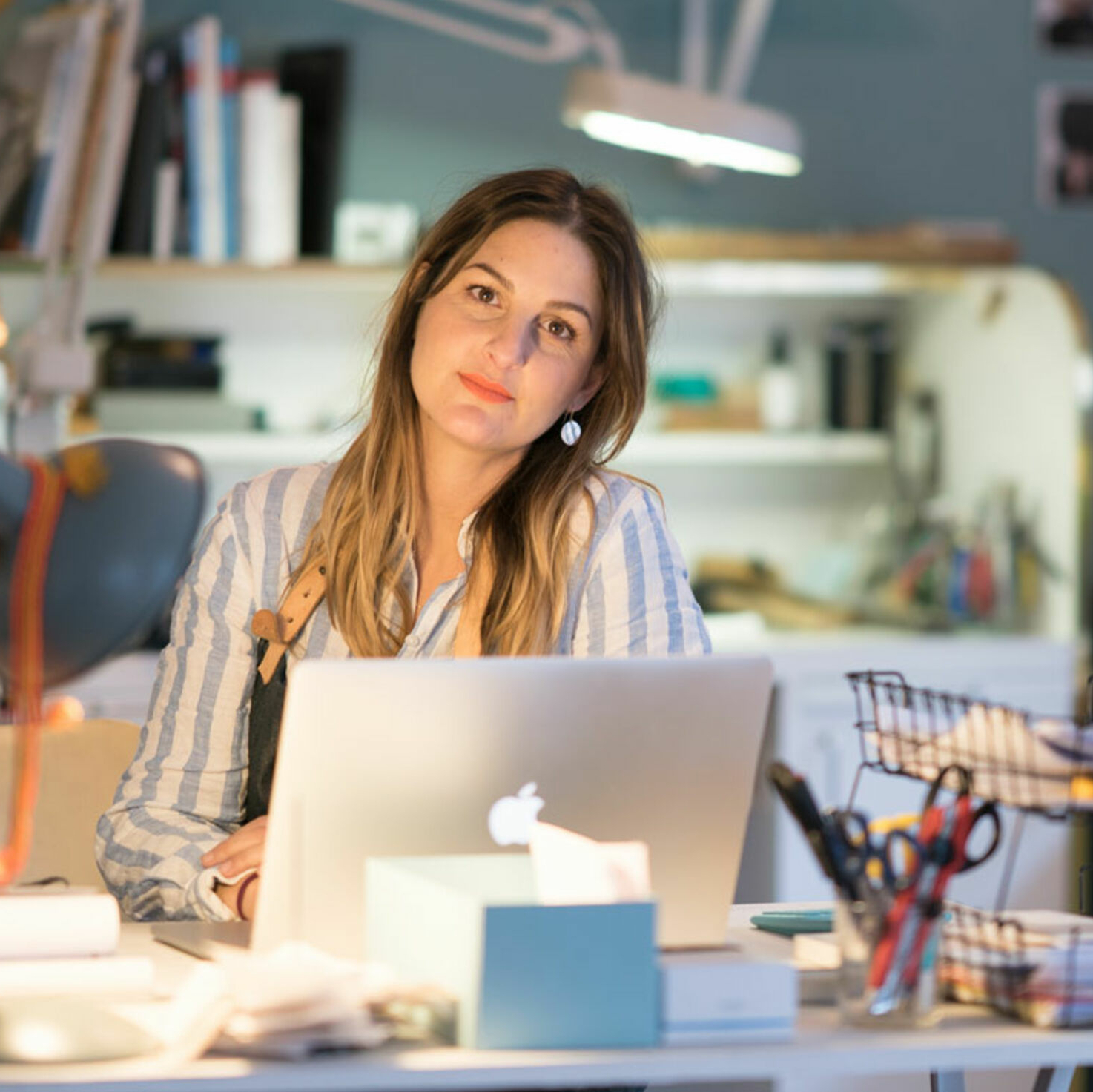 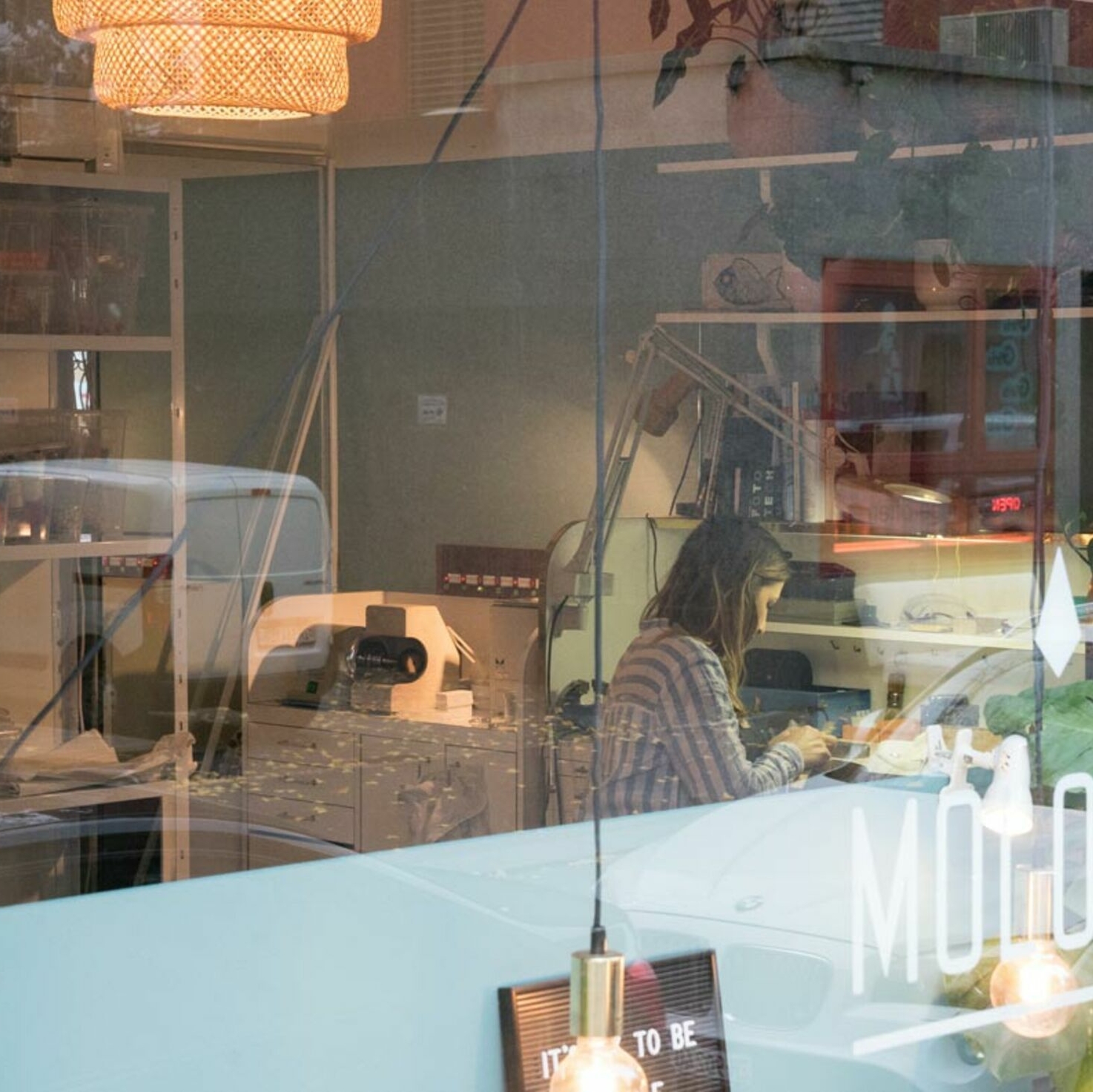 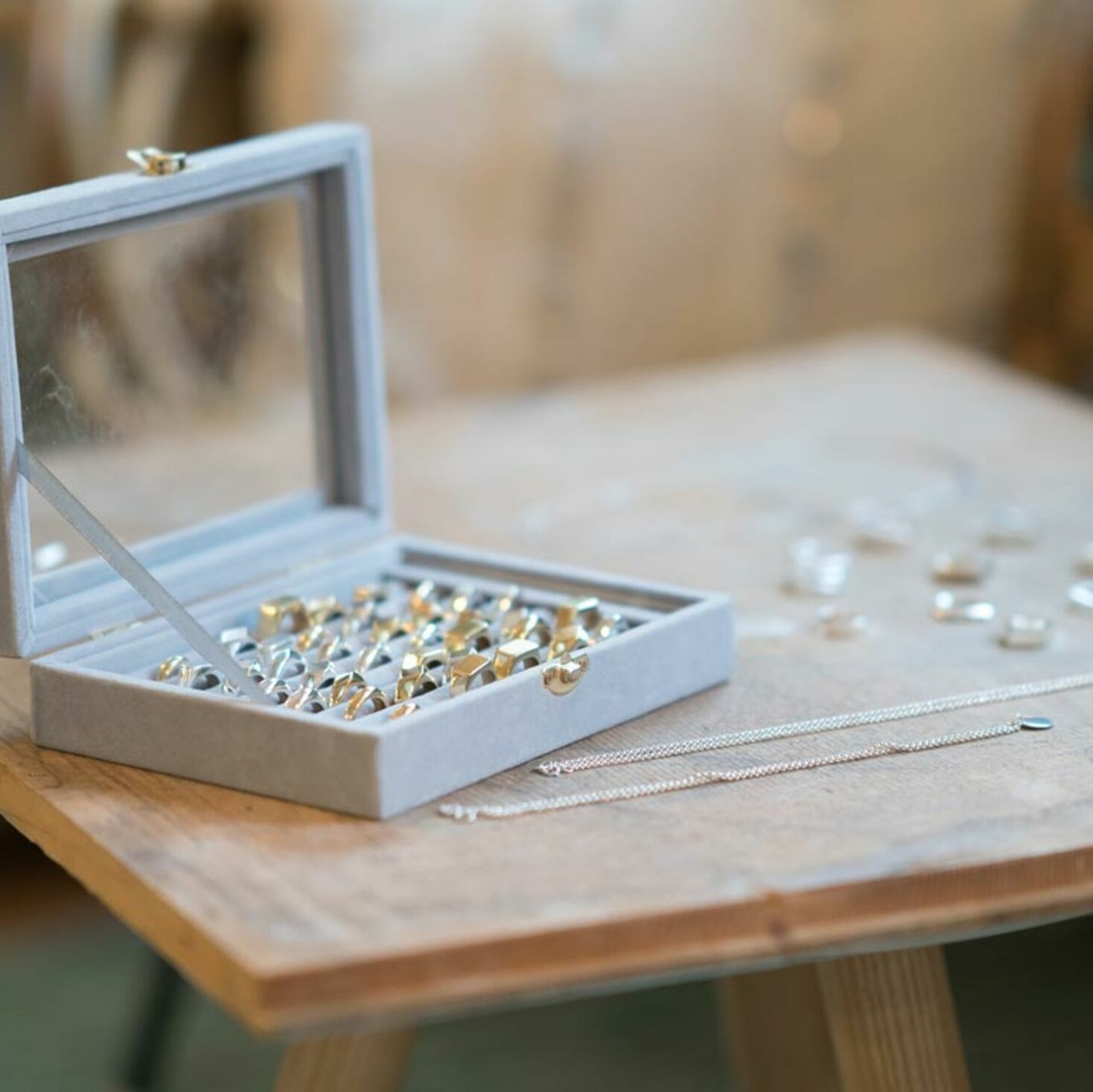 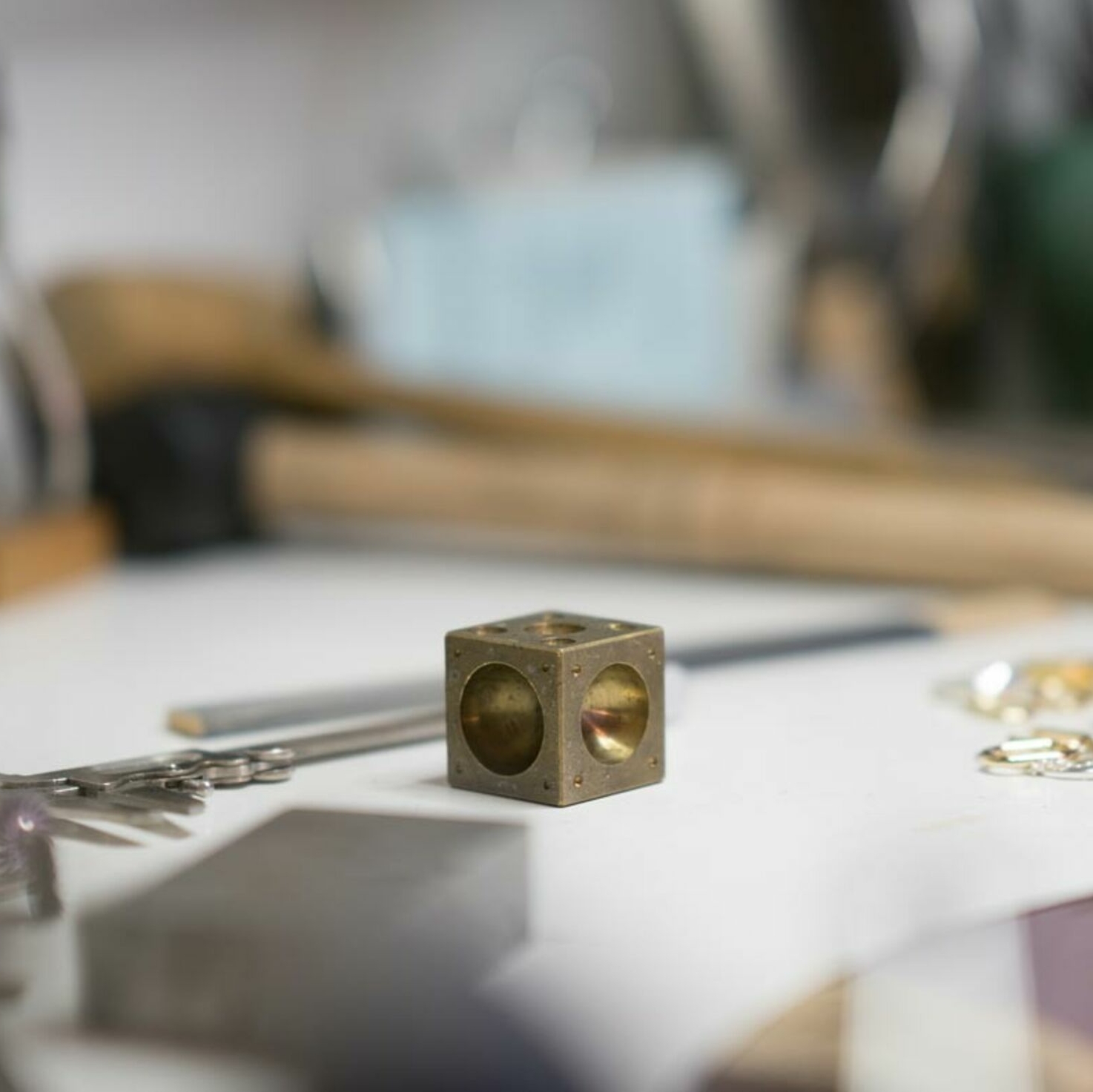 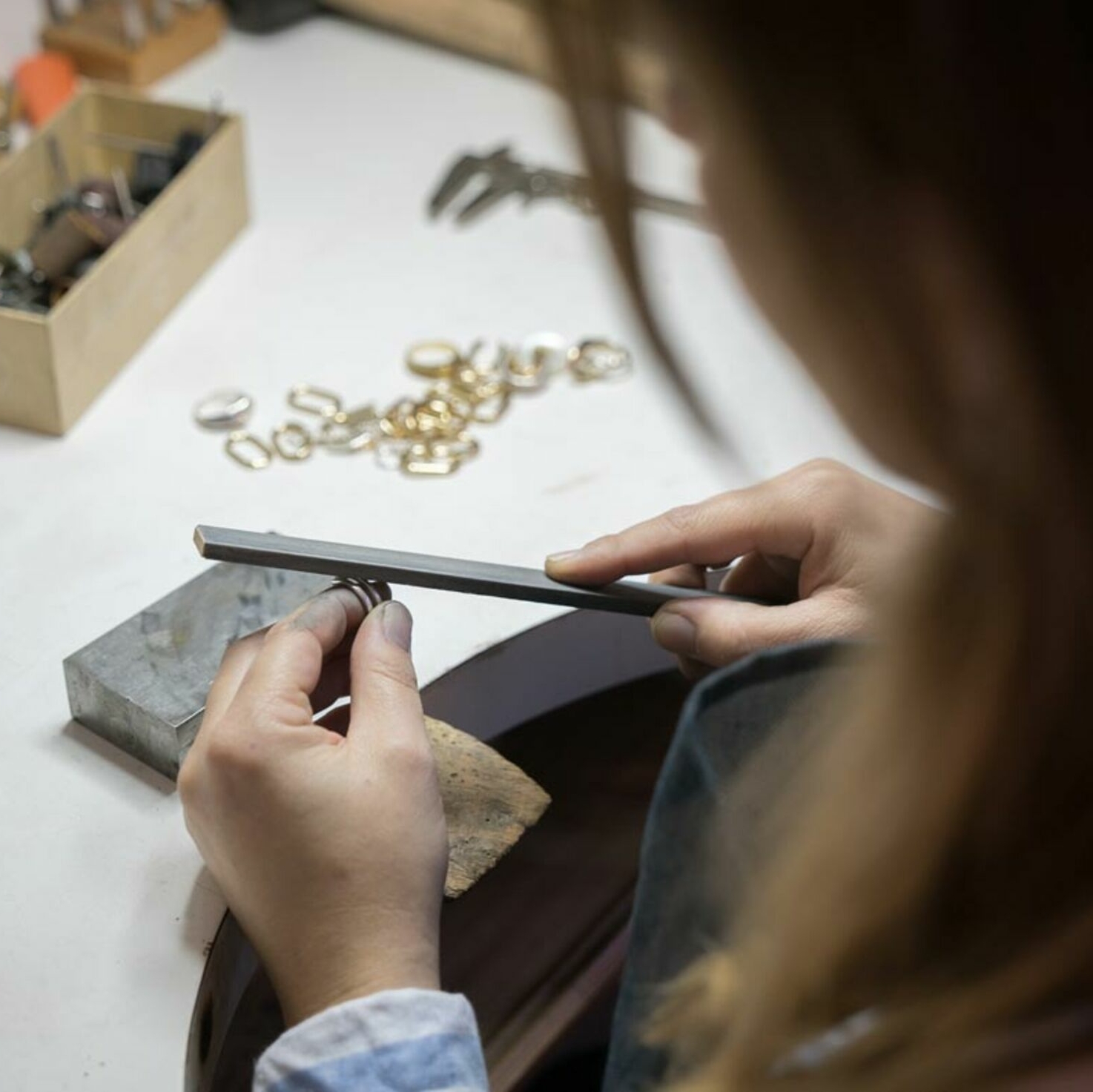 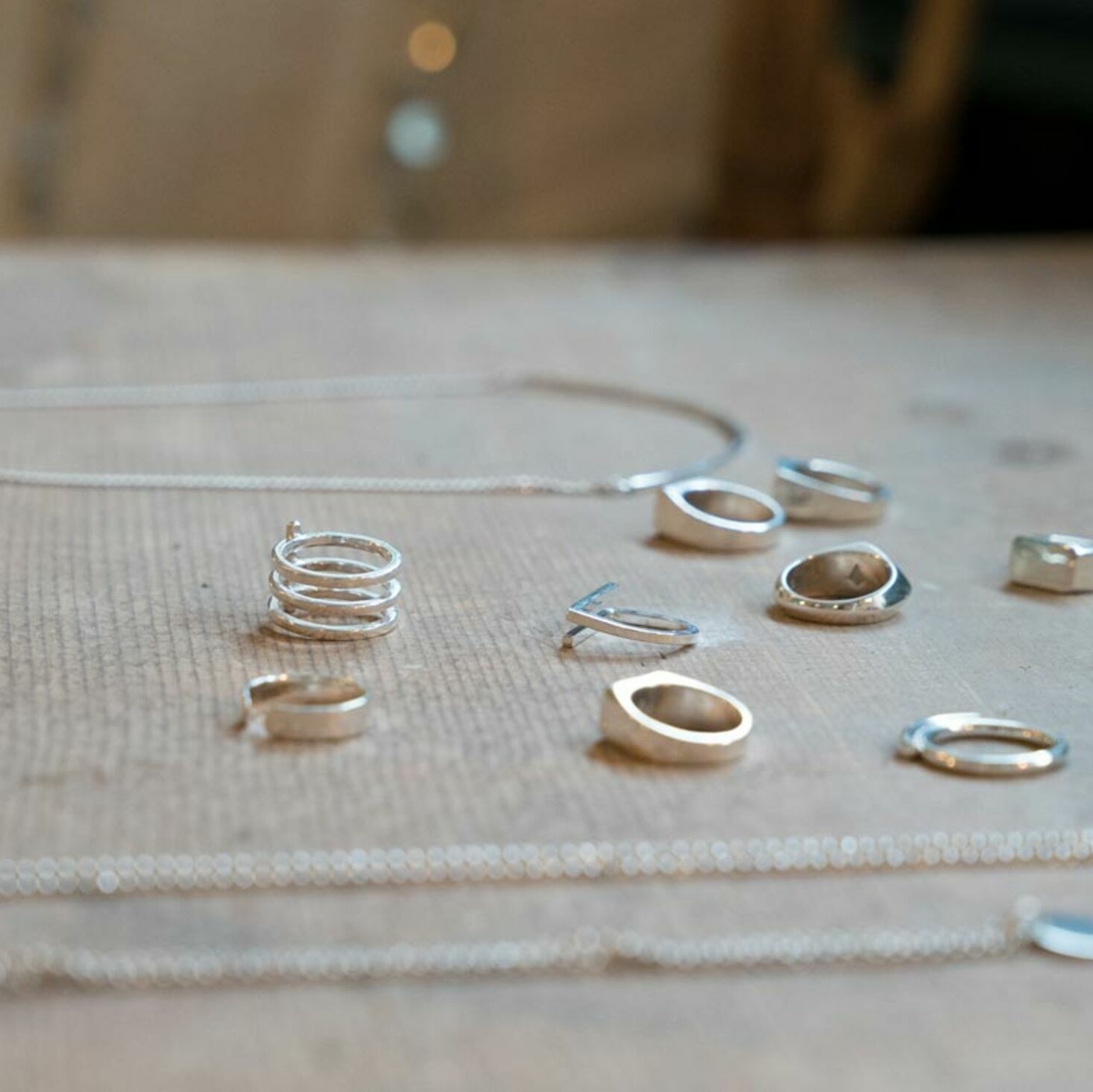 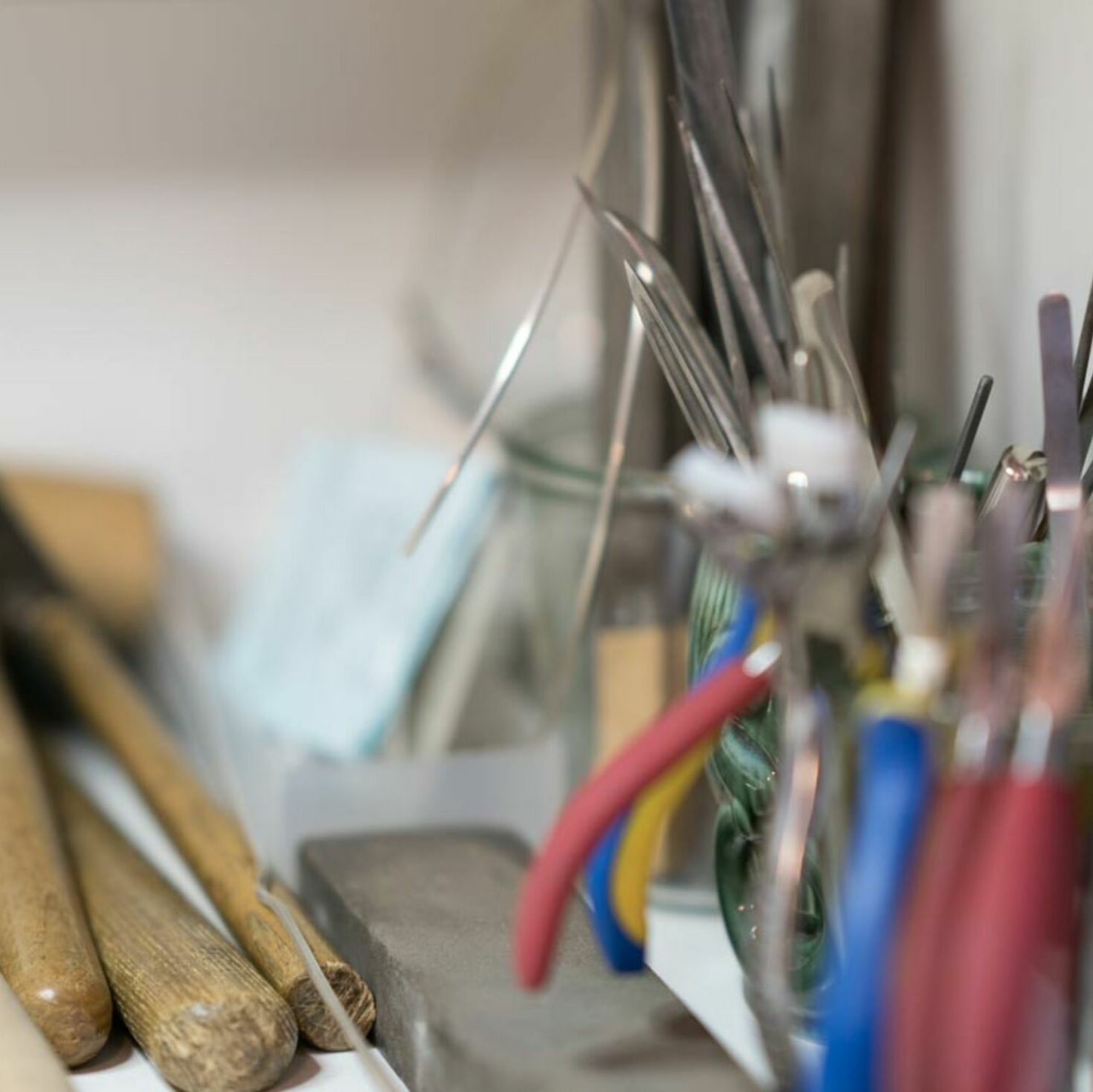 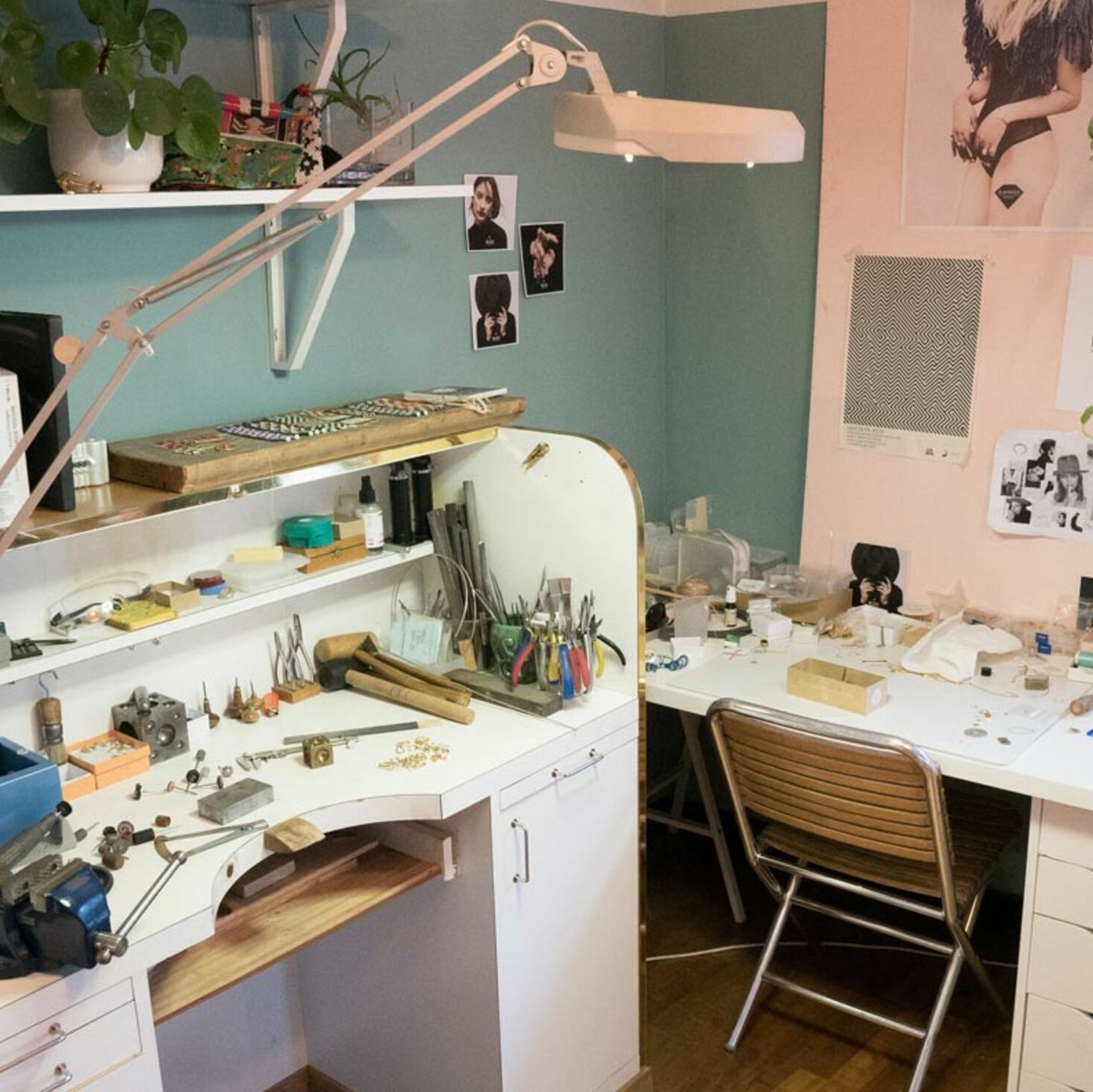 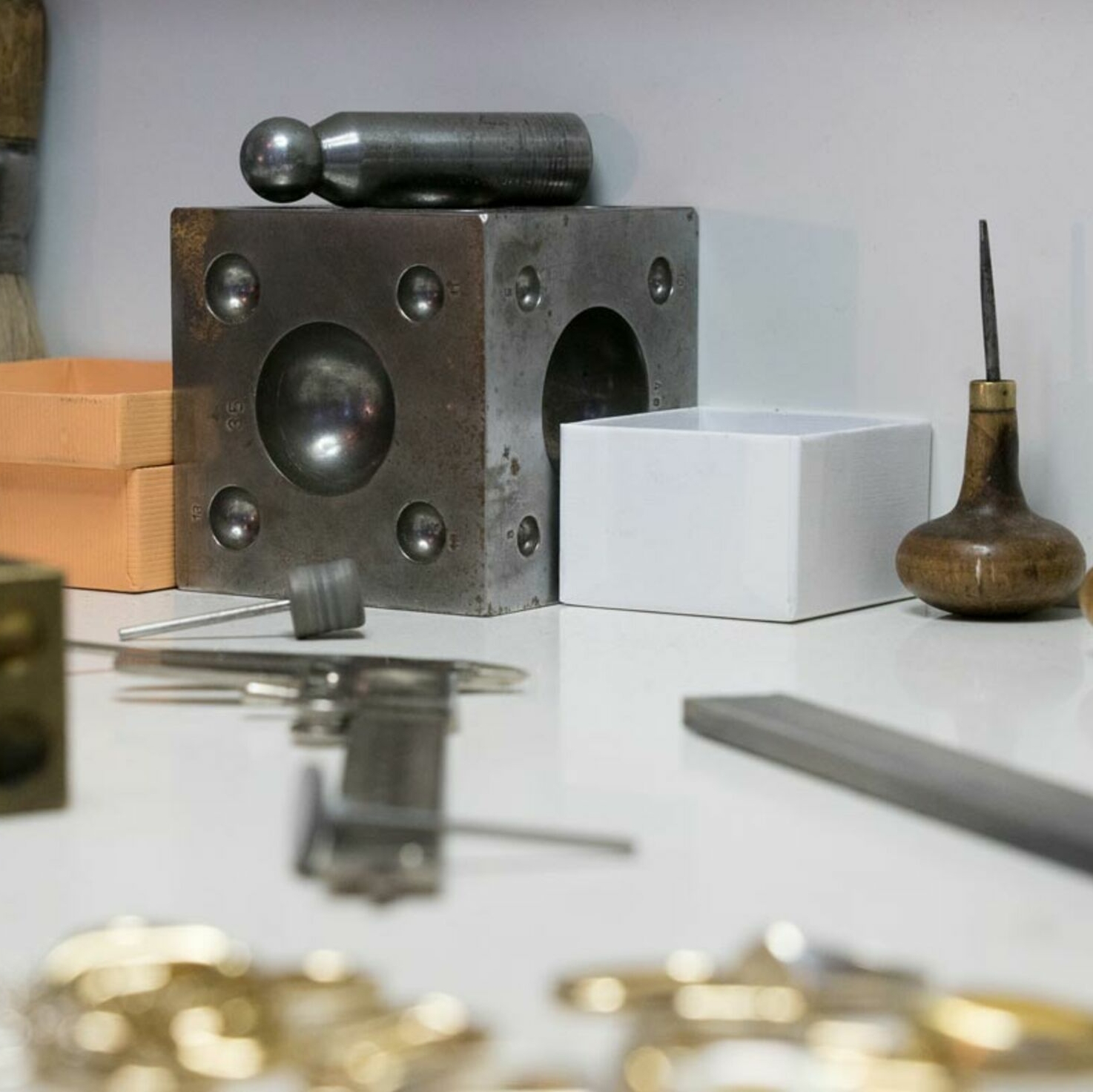 Tamara Aharon is the founder of jewellery label Molokai. ‘Making jewellery has opened up a whole new world for me,’ she says.

For Tamara Aharon, starting her jewellery label Molokai was a dream come true. In her studio in Zurich’s Weststrasse, she designs, makes and sells the kind of rings, necklaces and earrings that her customers will cherish for a lifetime.

Molokai is the name of one of the main Hawaiian islands in the Pacific Ocean. It’s also known as ‘the friendly island’. But Tamara Aharon’s studio isn’t located on the other side of the world; in fact, it’s easy to get to by bus and tram. But Tamara’s kingdom is still a friendly island. The pastel shades of the shop window tempt you through the door to watch Tamara at work on her white workbench, surrounded by countless small pliers, files and wax moulds.

‘It all really started with this workbench,’ she says with a smile. She had only just begun designing and making jewellery when a friend called, asking whether she wanted to buy a jewellery bench. She wasn’t sure at first, as everything seemed to be going a little too fast. But he sent her some photos of the bench and she finally decided to take a look at it.

‘At first I didn’t use many of the tools in the little drawers. It’s only now that I realise what a treasure I have.’

The workbench previously belonged to a jeweller who ran a shop on Rennweg for many years. After he died, his daughter sadly had to part with his old tools, which were stored in her cellar. Tamara Aharon recalls: ‘It was like travelling through time. Along with the workbench, there was also an old toy train. It felt as if the cuckoo clock on the wall had stopped.’ In that instant, Tamara decided that the jewellery bench should find a new home in her studio. ‘At first I didn’t use many of the tools in the little drawers. It’s only now that I realise what a treasure I have,’ she says, running her hand lovingly across its smooth work surface. ‘I gradually grew into it.’

Tamara has always loved working with her hands and likes sewing, knotting and drawing. ‘Making jewellery opened up a whole new world for me,’ she says. ‘I can pour so much into it.’ Zurich native Tamara lived in Tel Aviv for a while and has travelled widely. Despite this, she feels very rooted in her neighbourhood. She sits at her workbench and looks out over Weststrasse. A young man in a woolly hat and a rucksack on his back cycles past on his orange bike; an Orthodox Jewish woman walks past pushing a pram.

From the initial bright idea to the website and the dispatch of the finished items – Molokai is a one-woman show.

Since becoming a mother herself, Tamara has also created Little Molokai, a product line for babies and children consisting of teething necklaces, teething rings and pram chains. Sustainability is important to Tamara. She uses non-toxic silicone and untreated beech wood. Her gold and silver jewellery is also produced exclusively in Switzerland from recycled materials. If she doesn’t forge it herself, she has it cast from her moulds in Lengnau in the canton of Bern.

Every piece of jewellery bears the unmistakable Molokai stamp. Tamara Aharon designed the logo herself, just as she runs the whole company single-handed. From the initial bright idea to the website and the dispatch of the finished items – Molokai is a one-woman show: ‘Jewellery is something very emotional and intimate,’ explains Tamara, instinctively touching her beautiful silver chain. ‘I find it incredibly exciting to talk to my customers. Many of them tell me some very personal stories. And I hope one of my pieces will really become a part of them.’