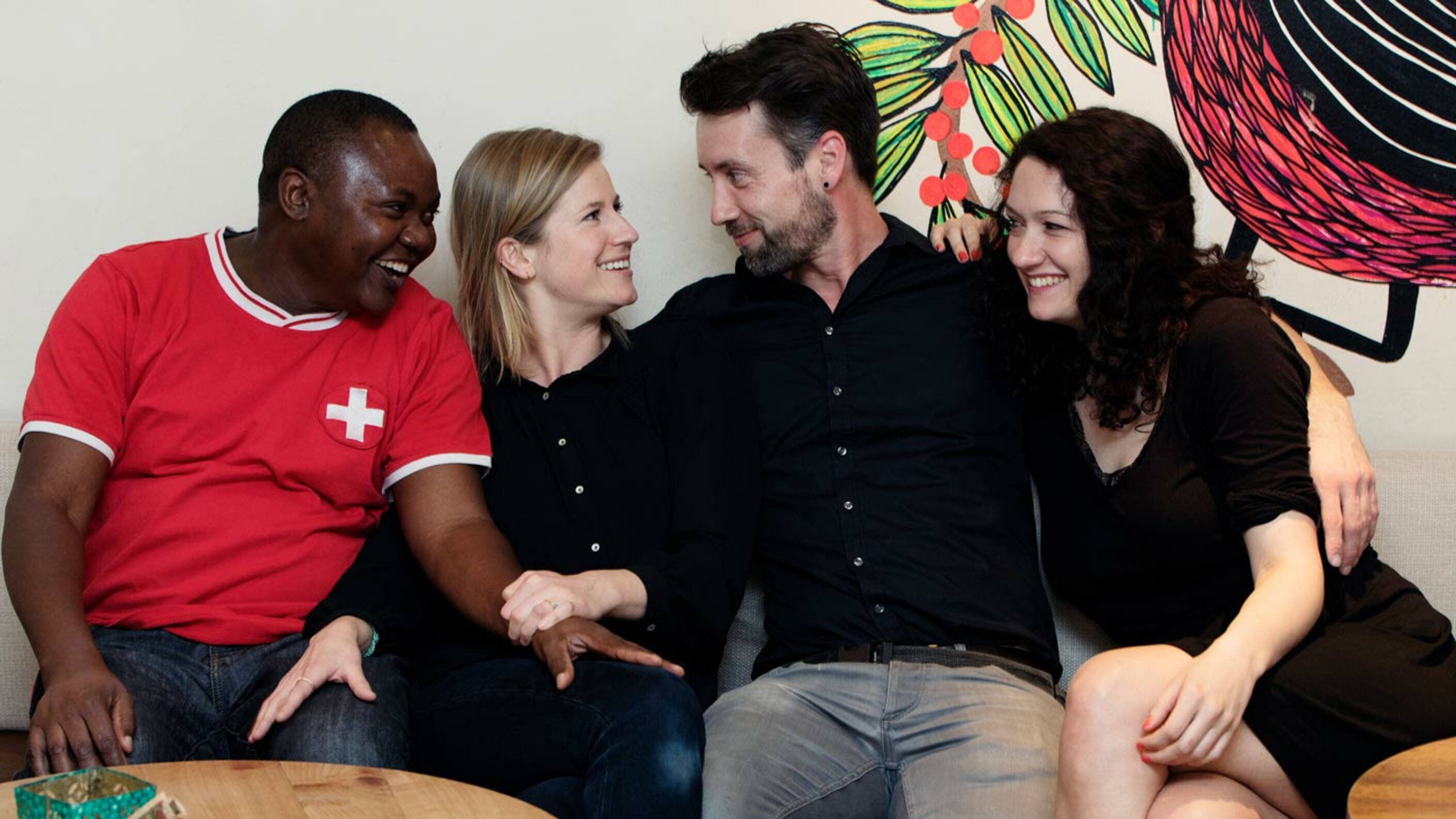 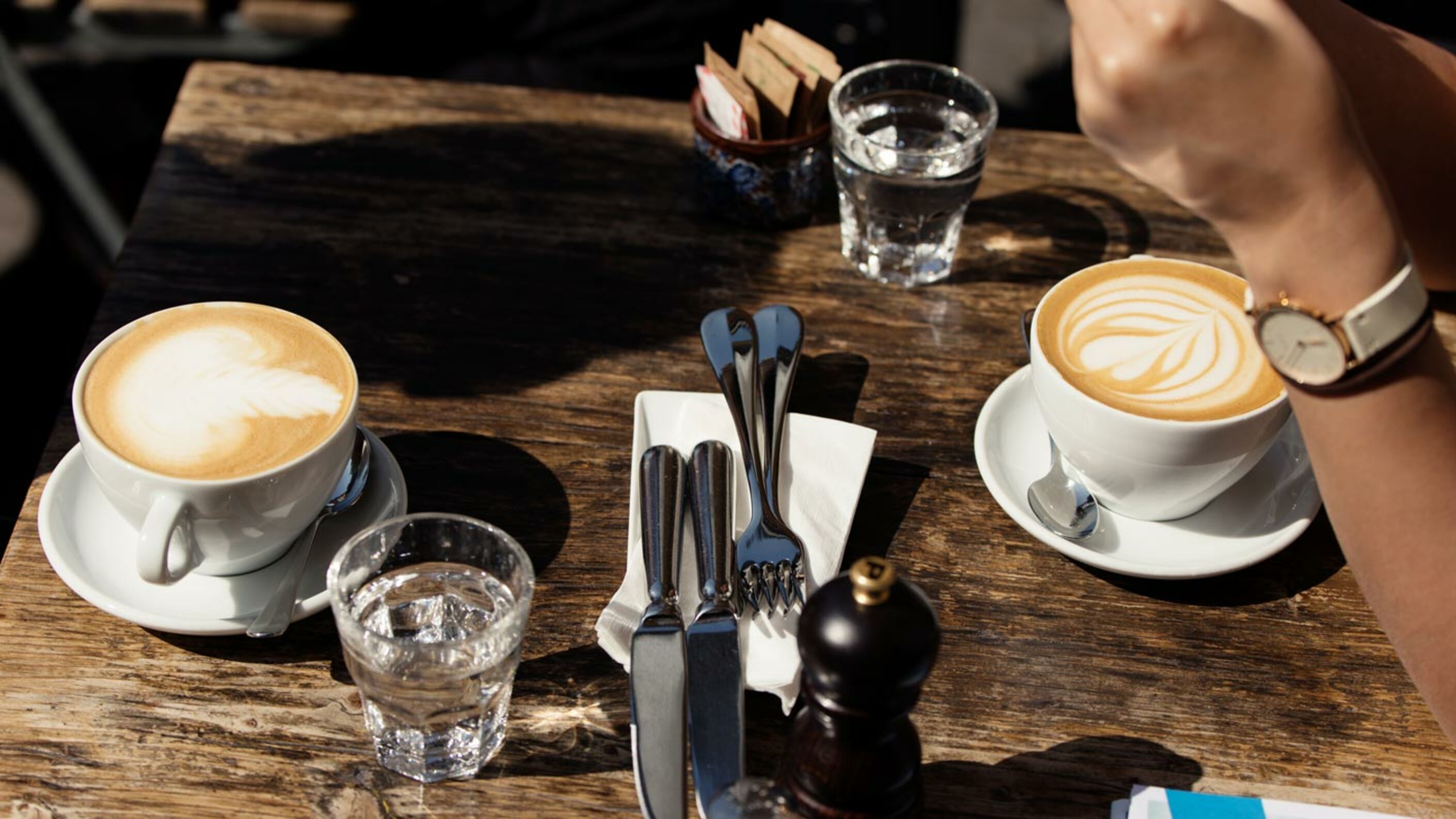 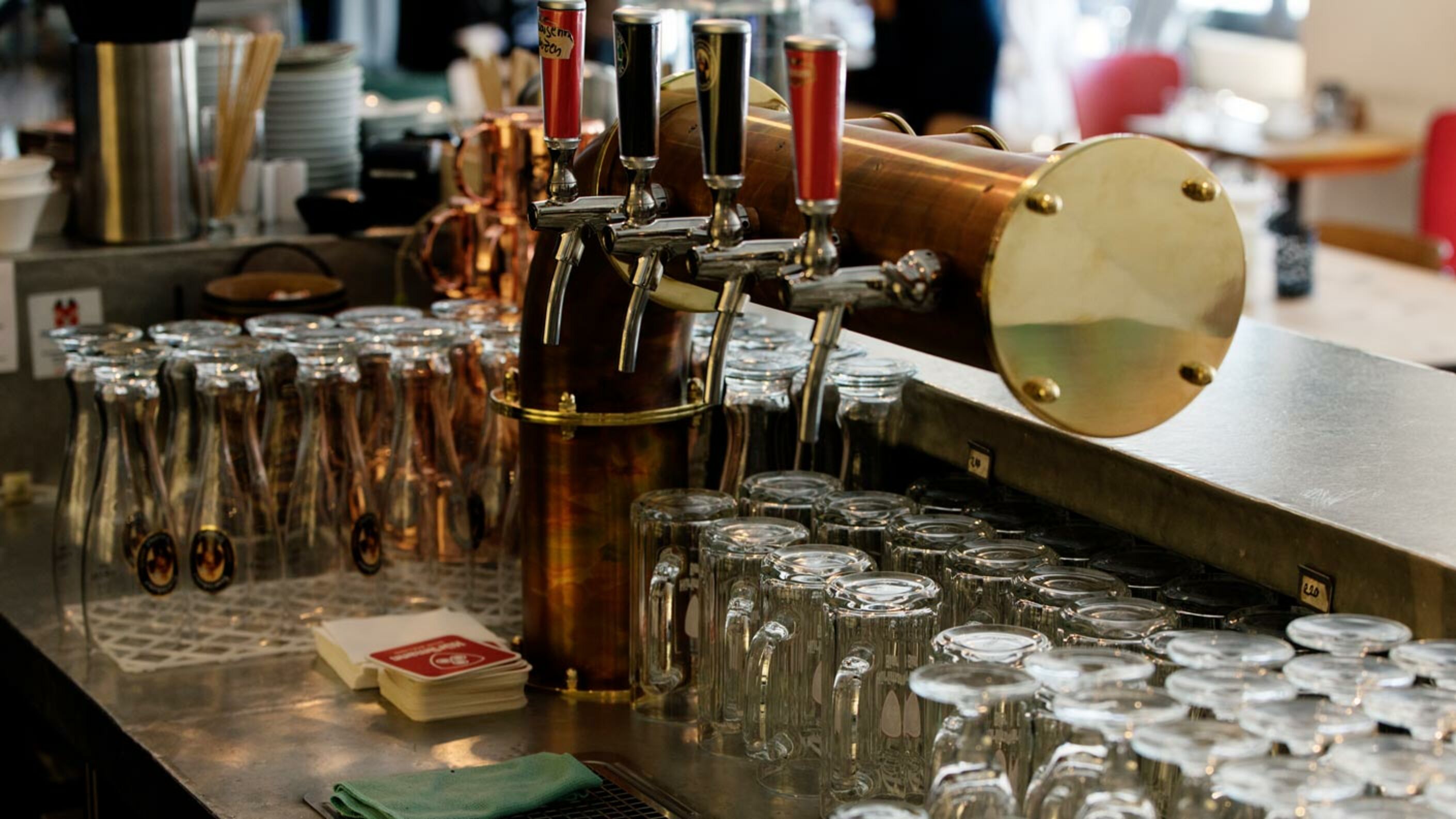 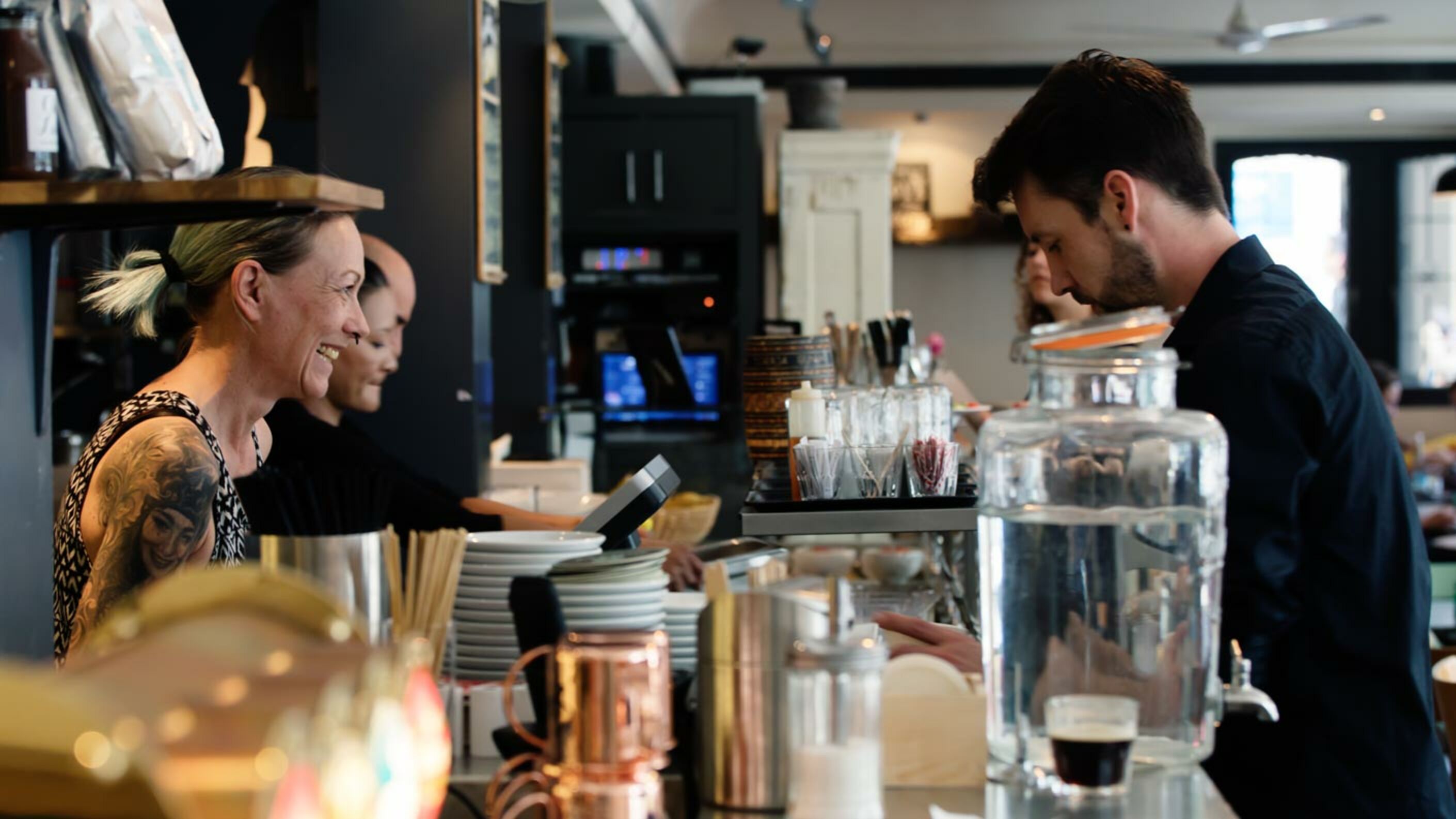 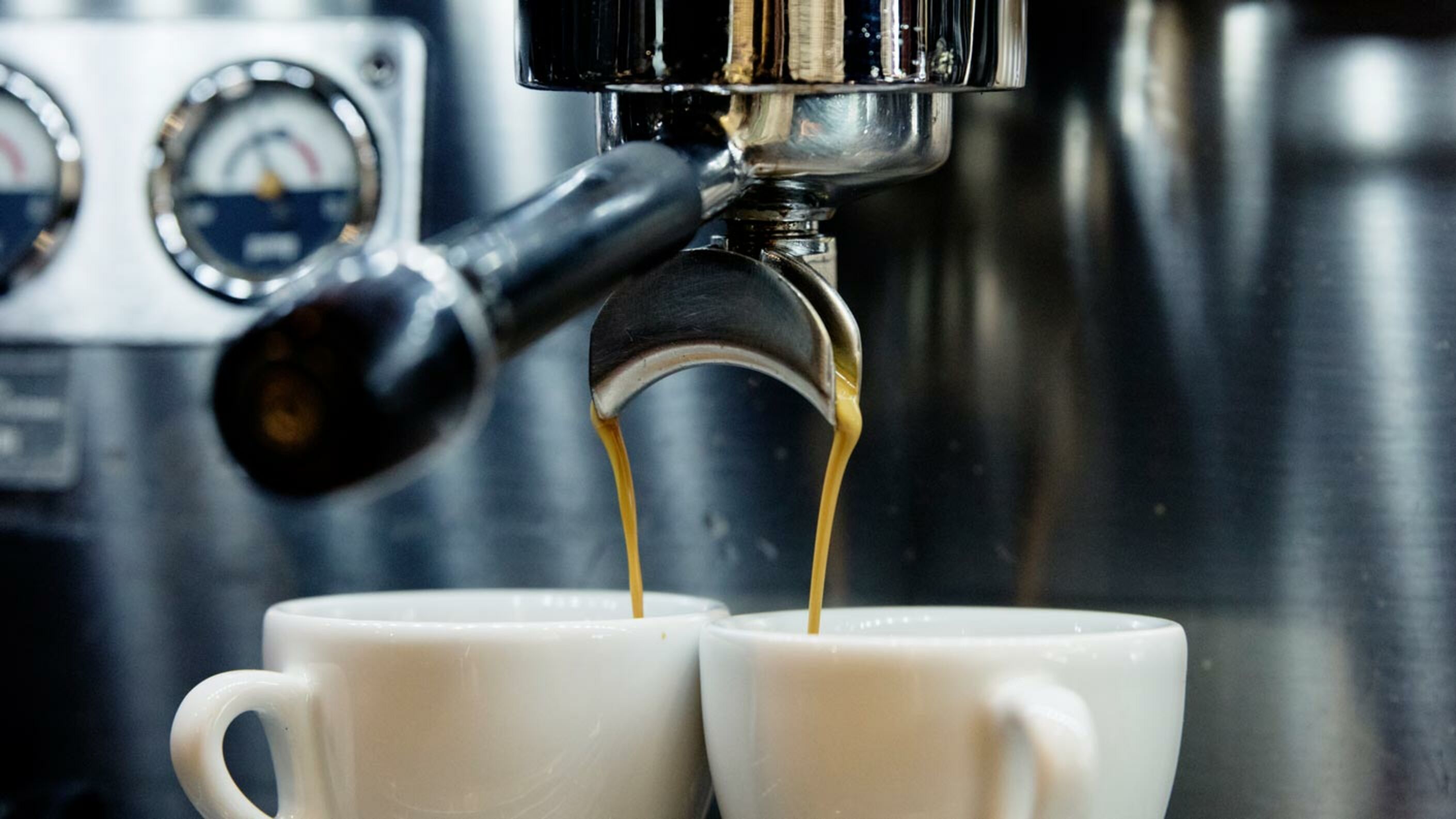 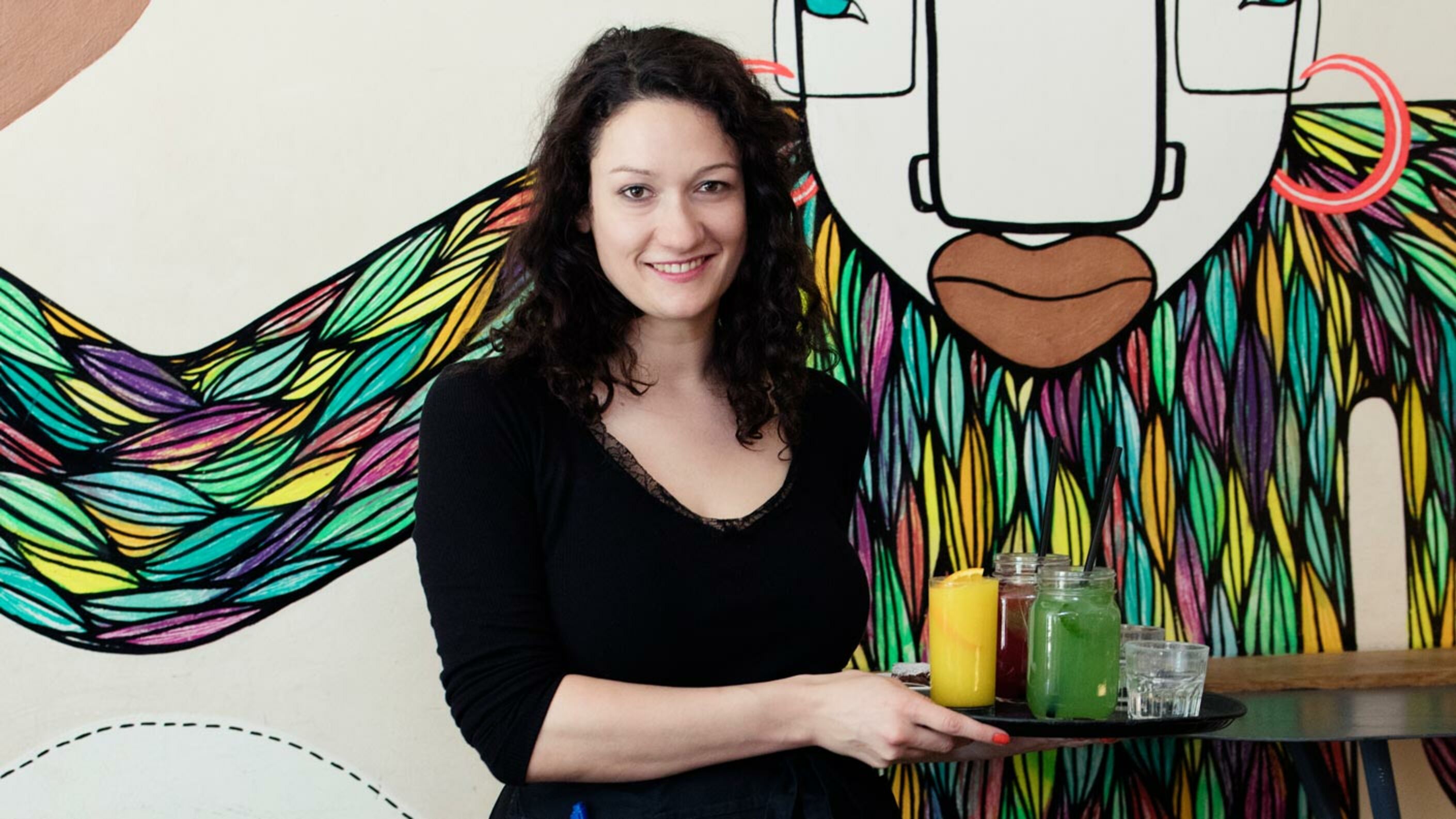 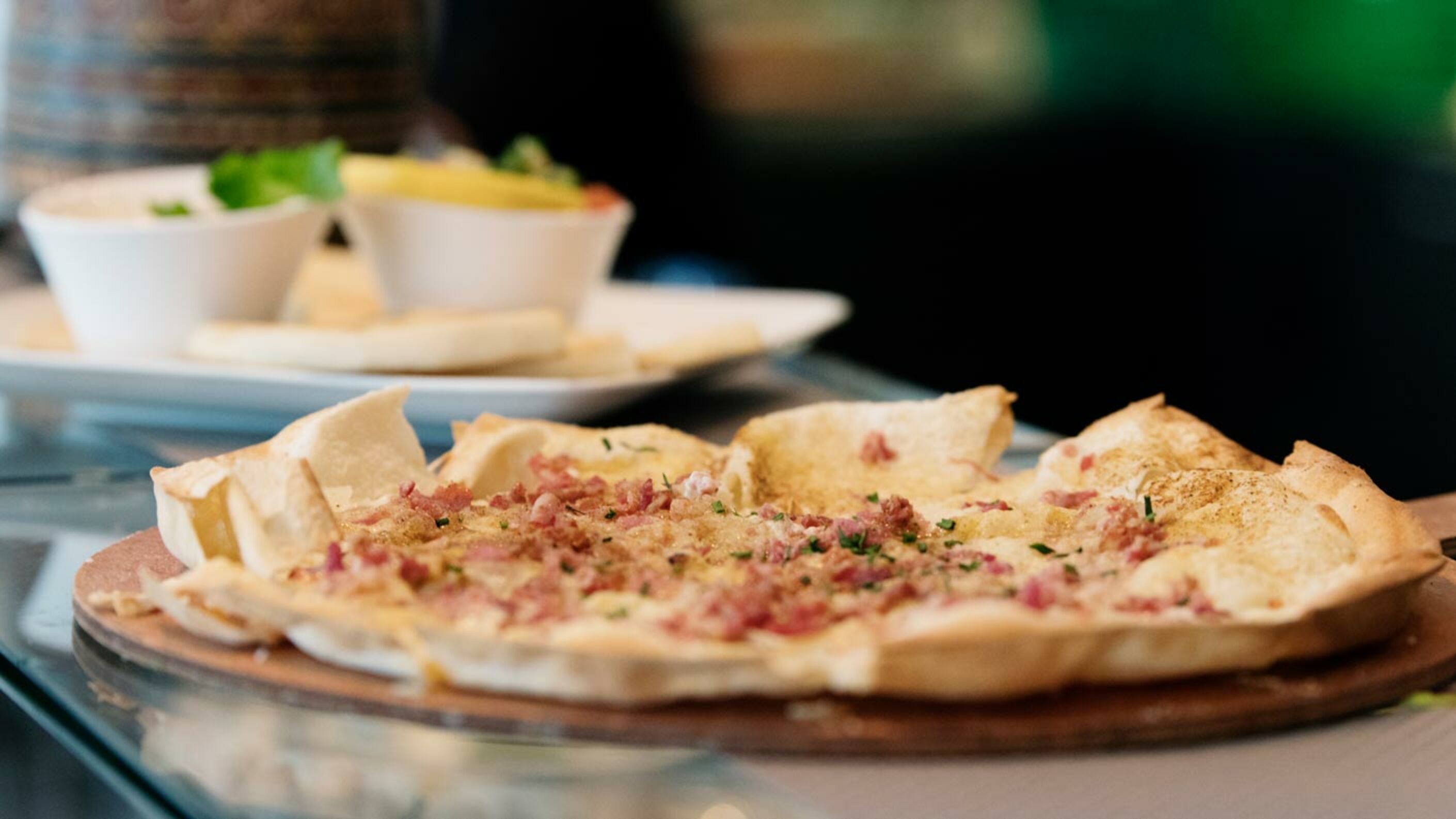 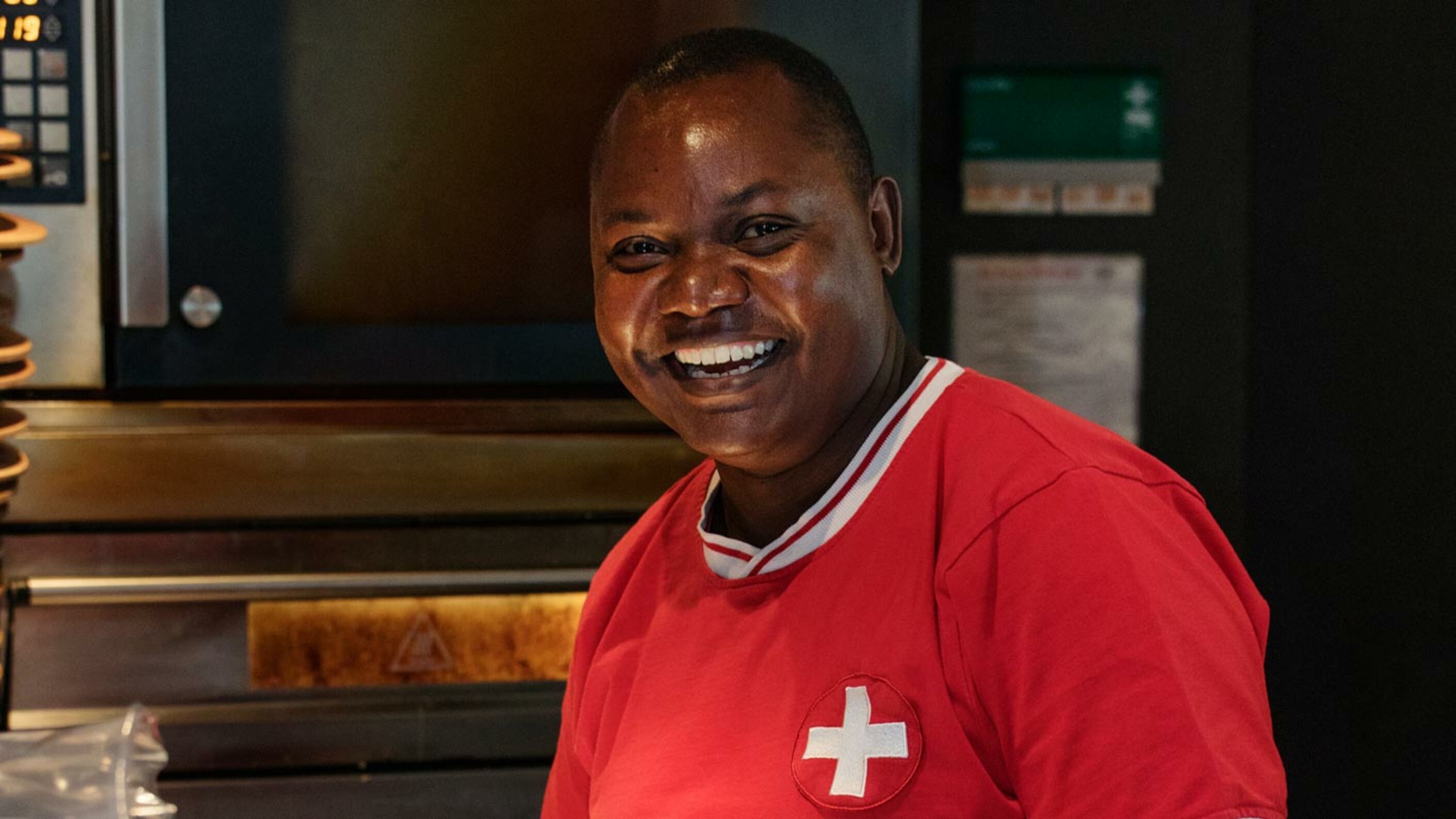 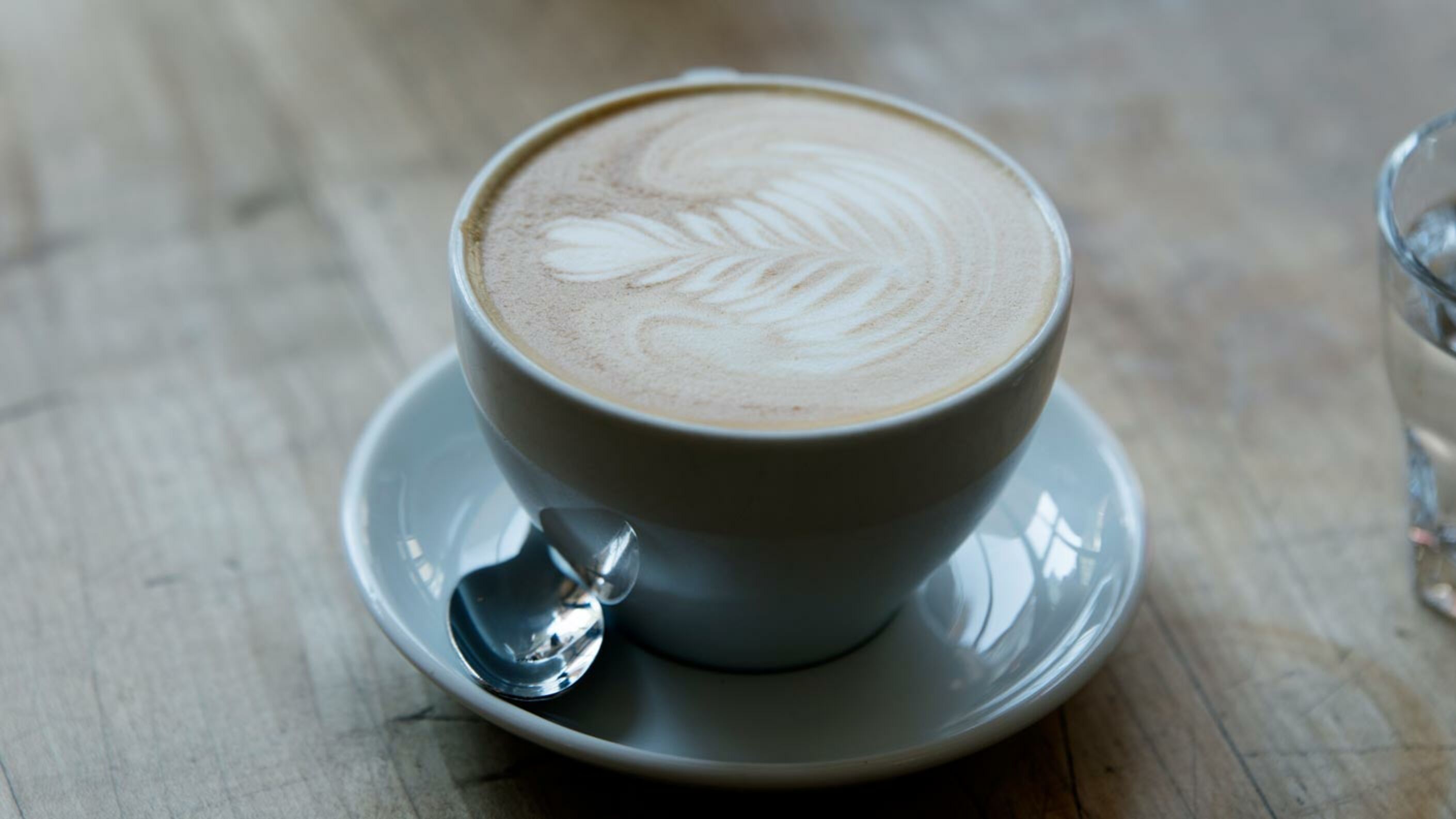 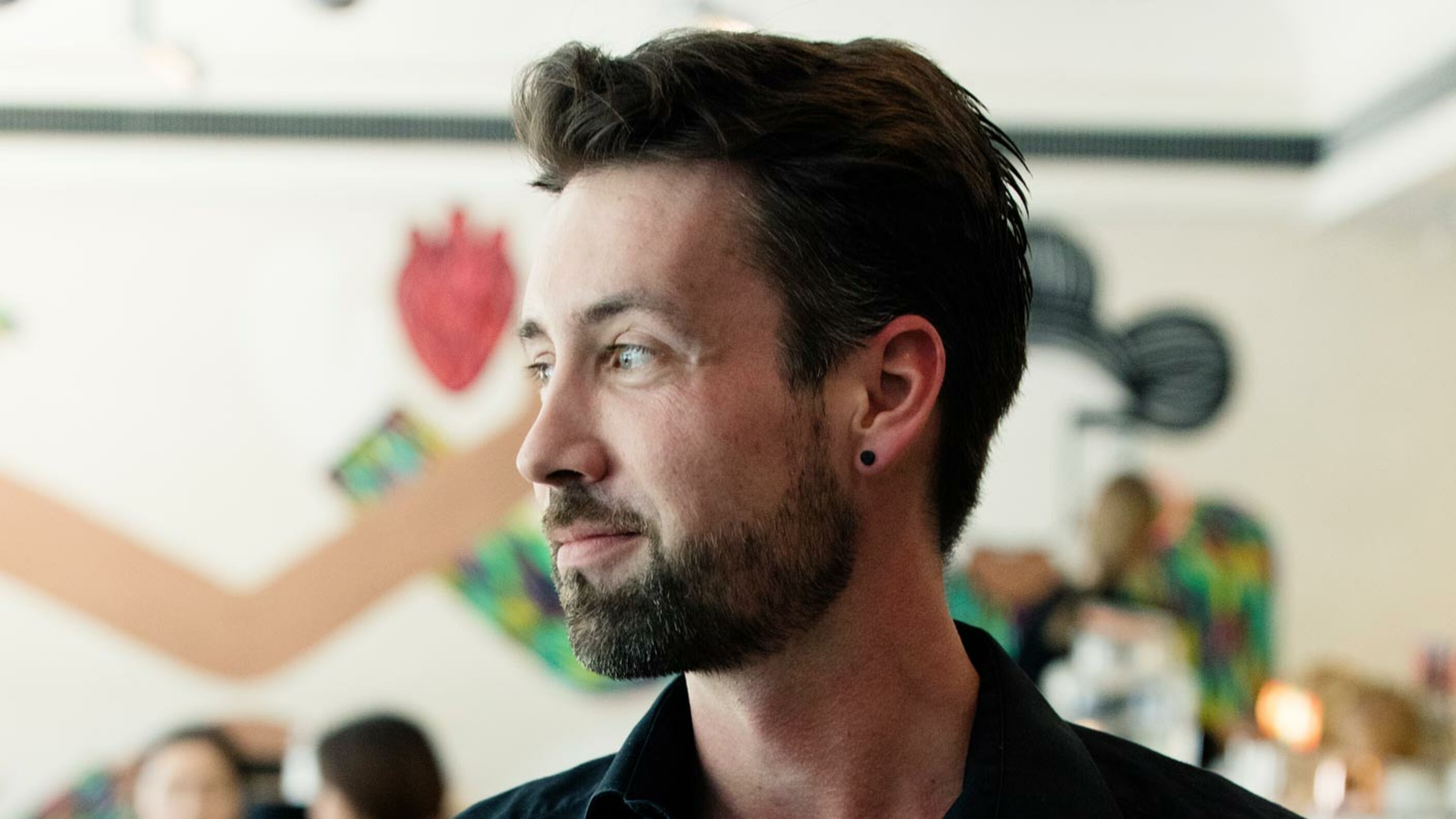 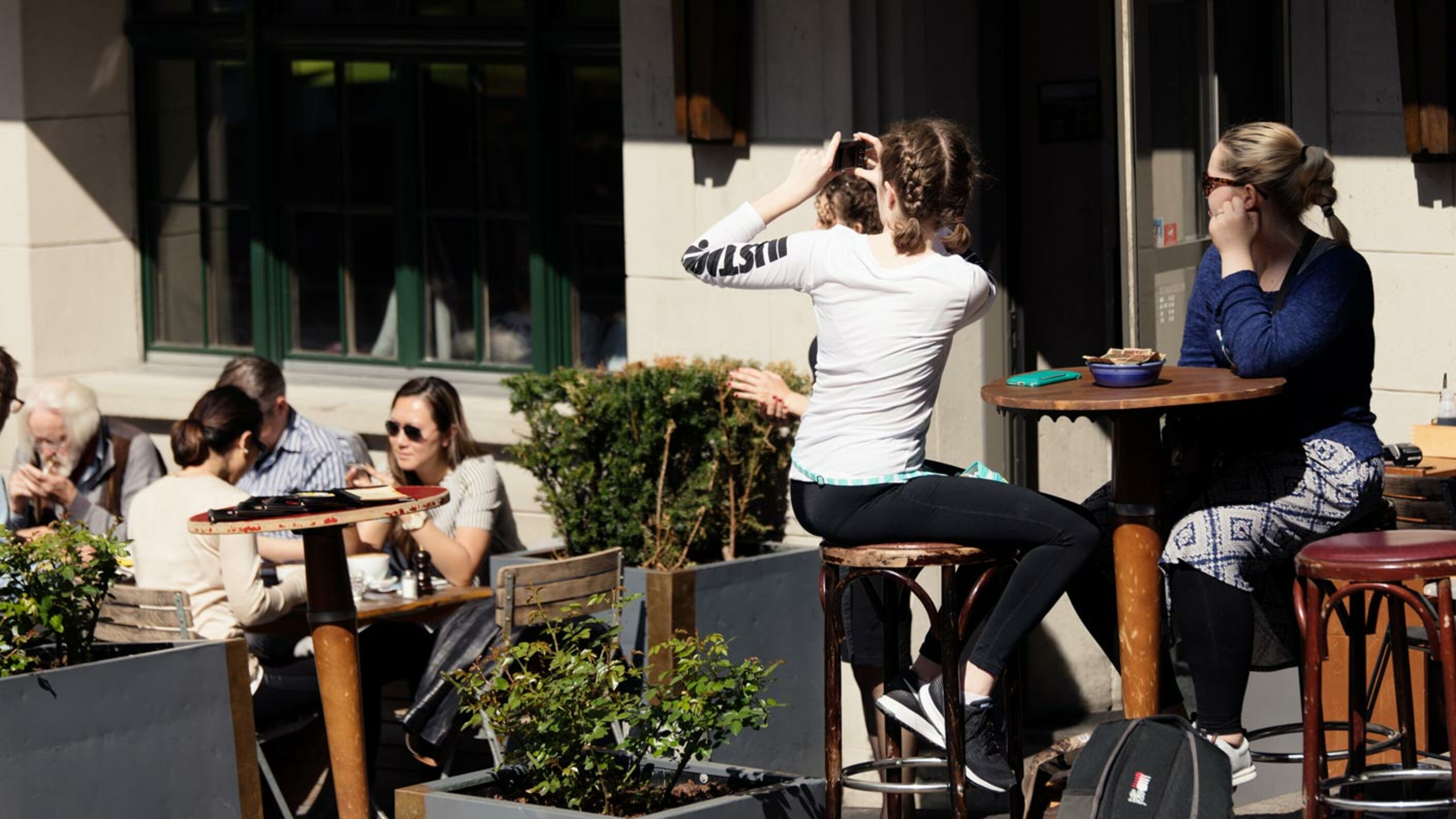 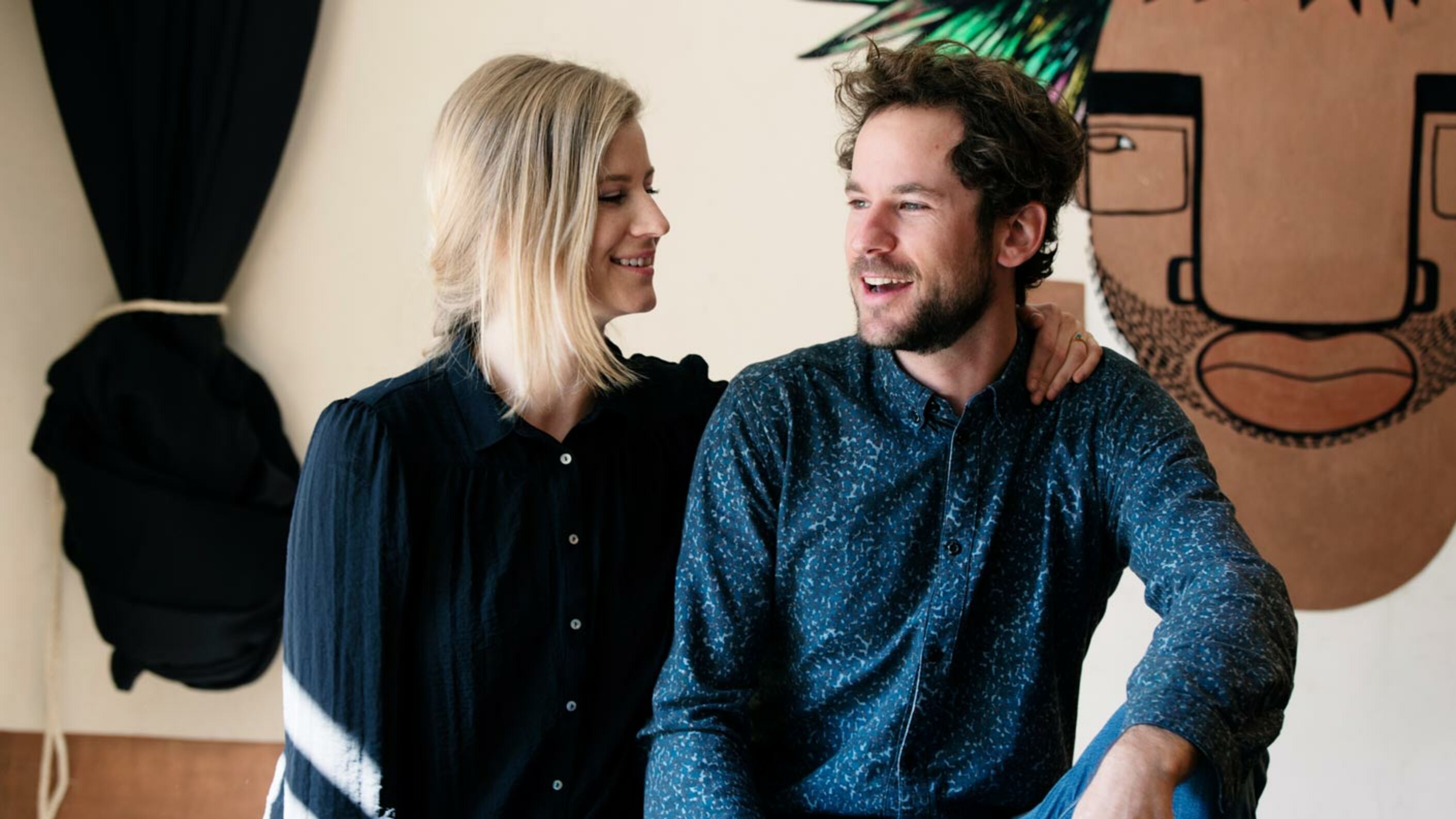 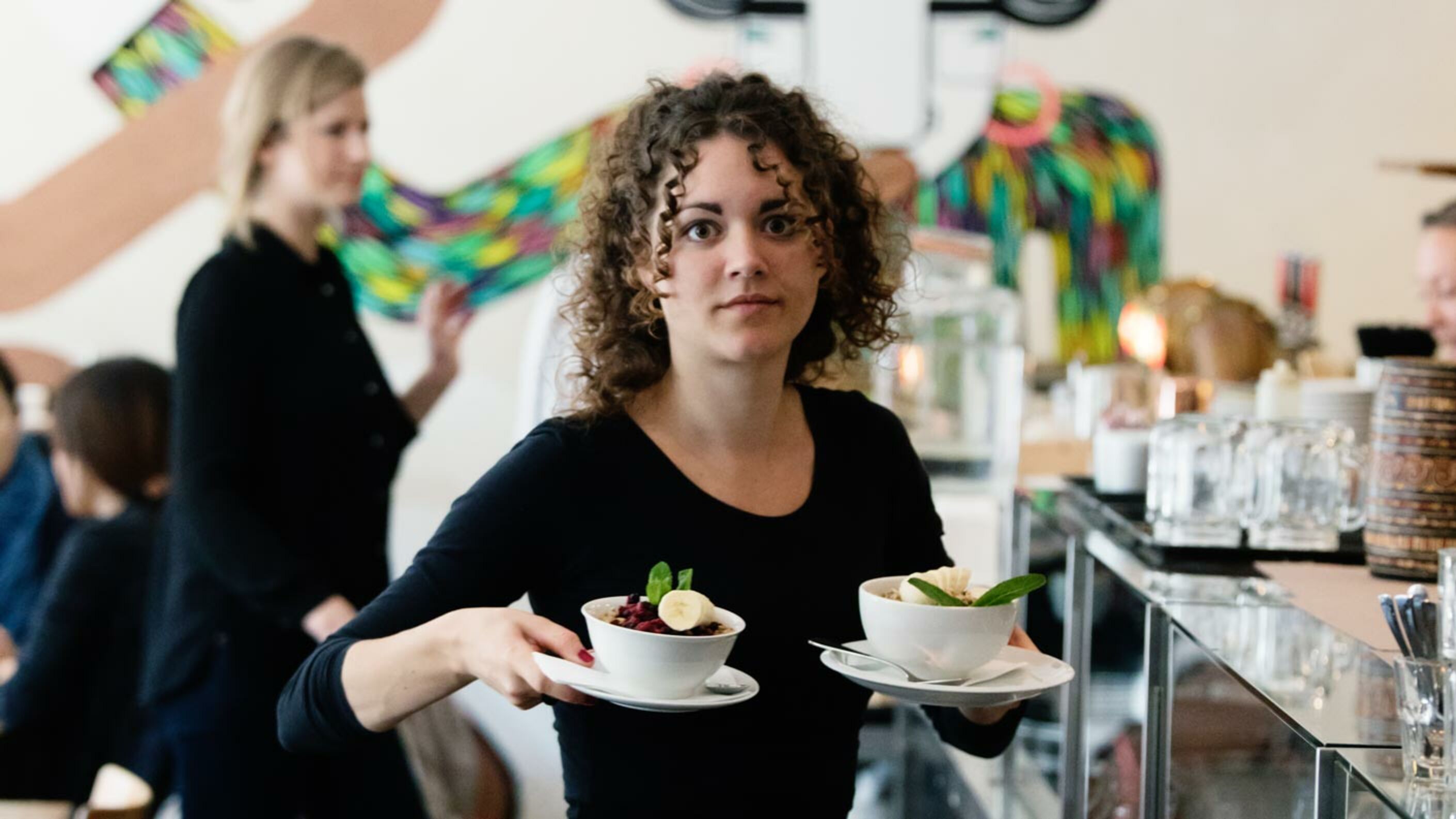 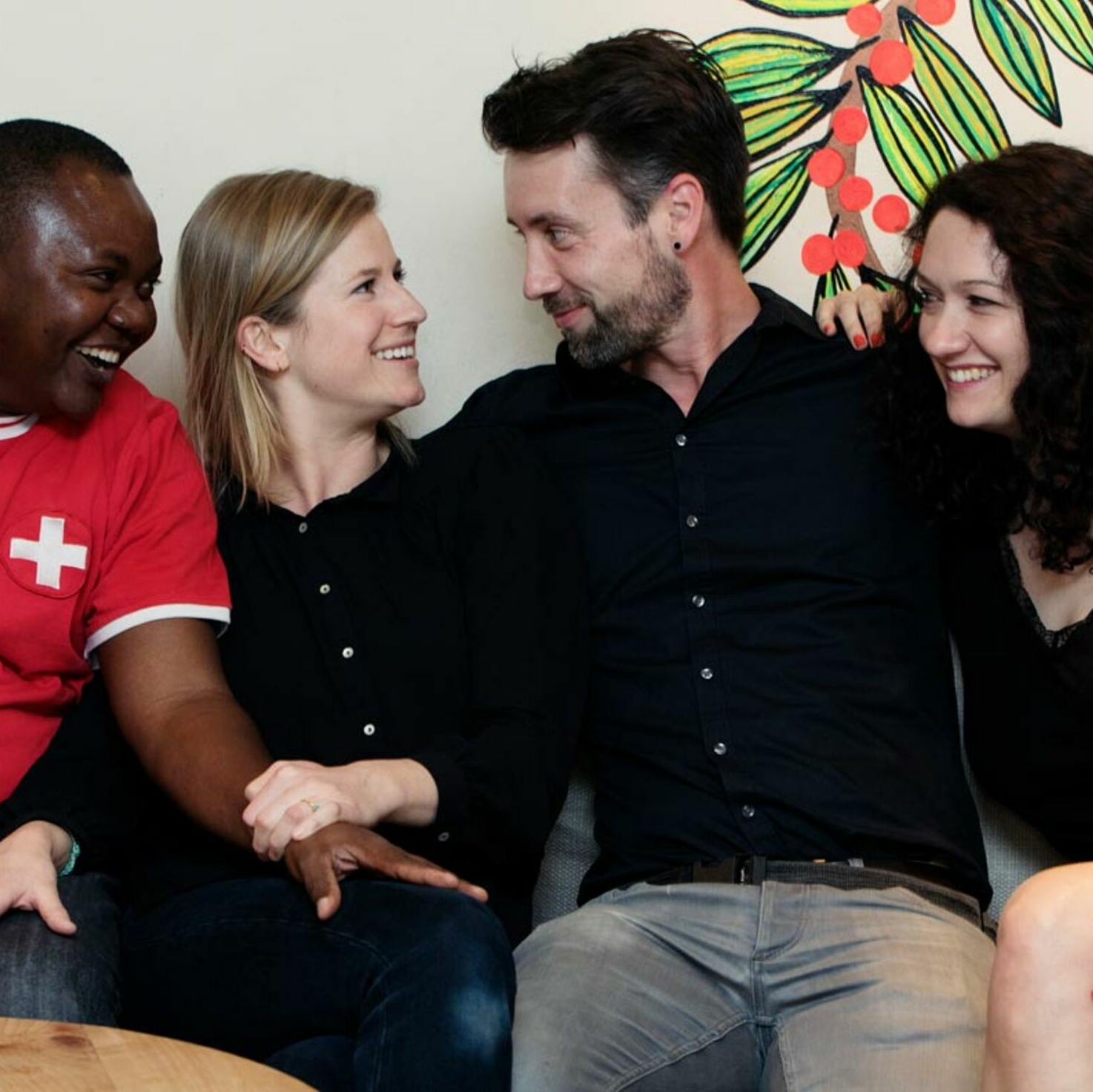 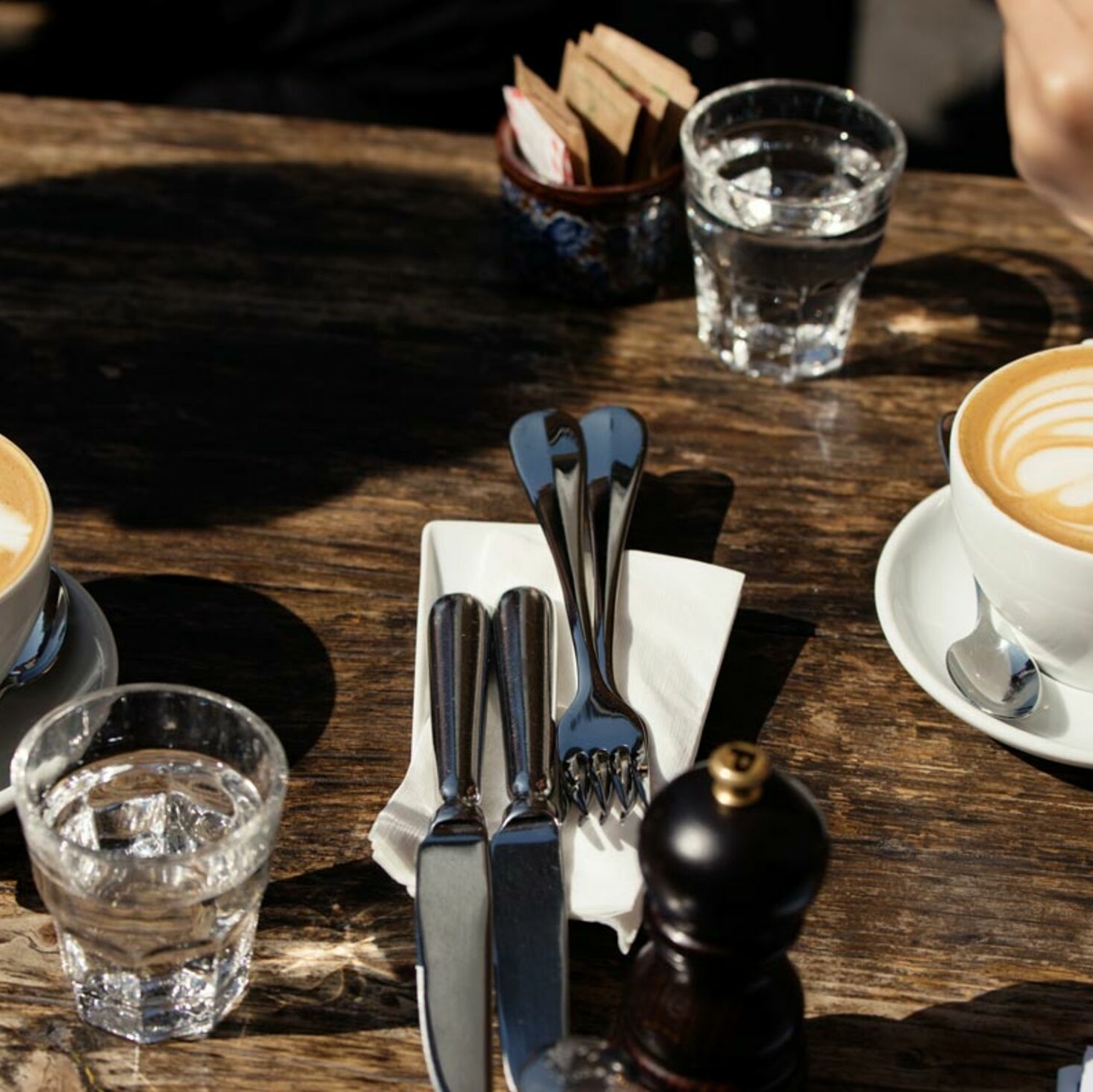 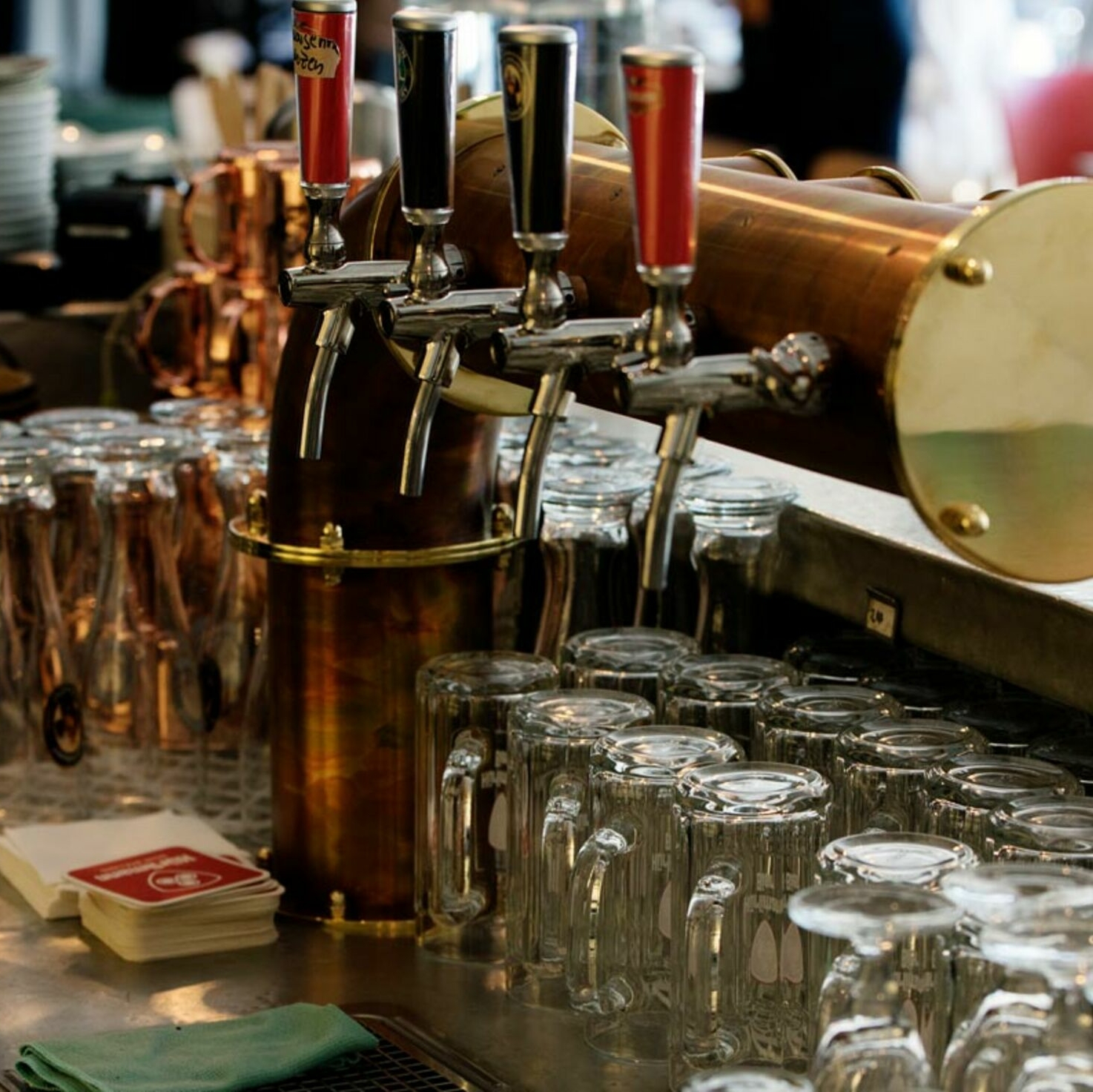 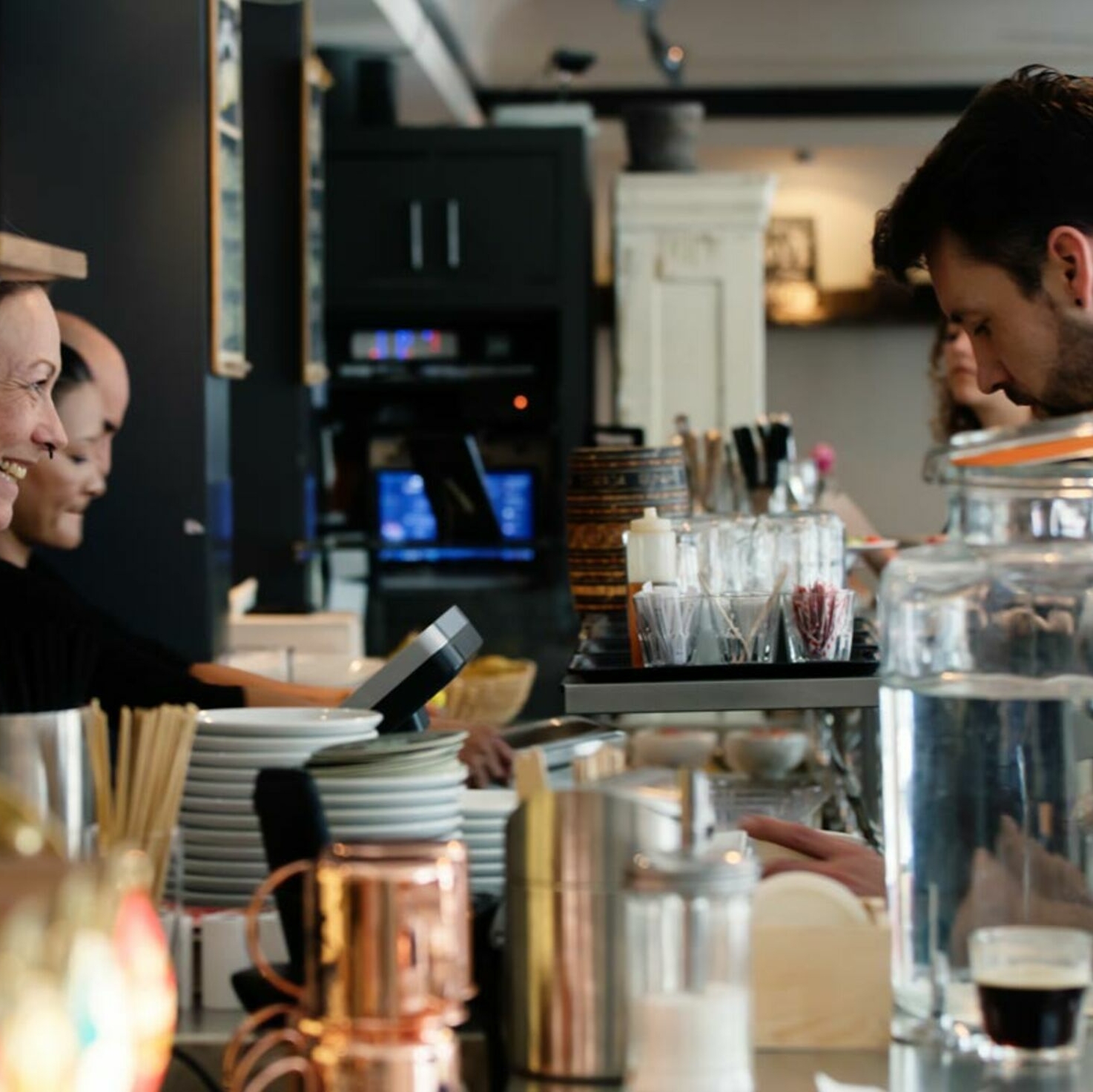 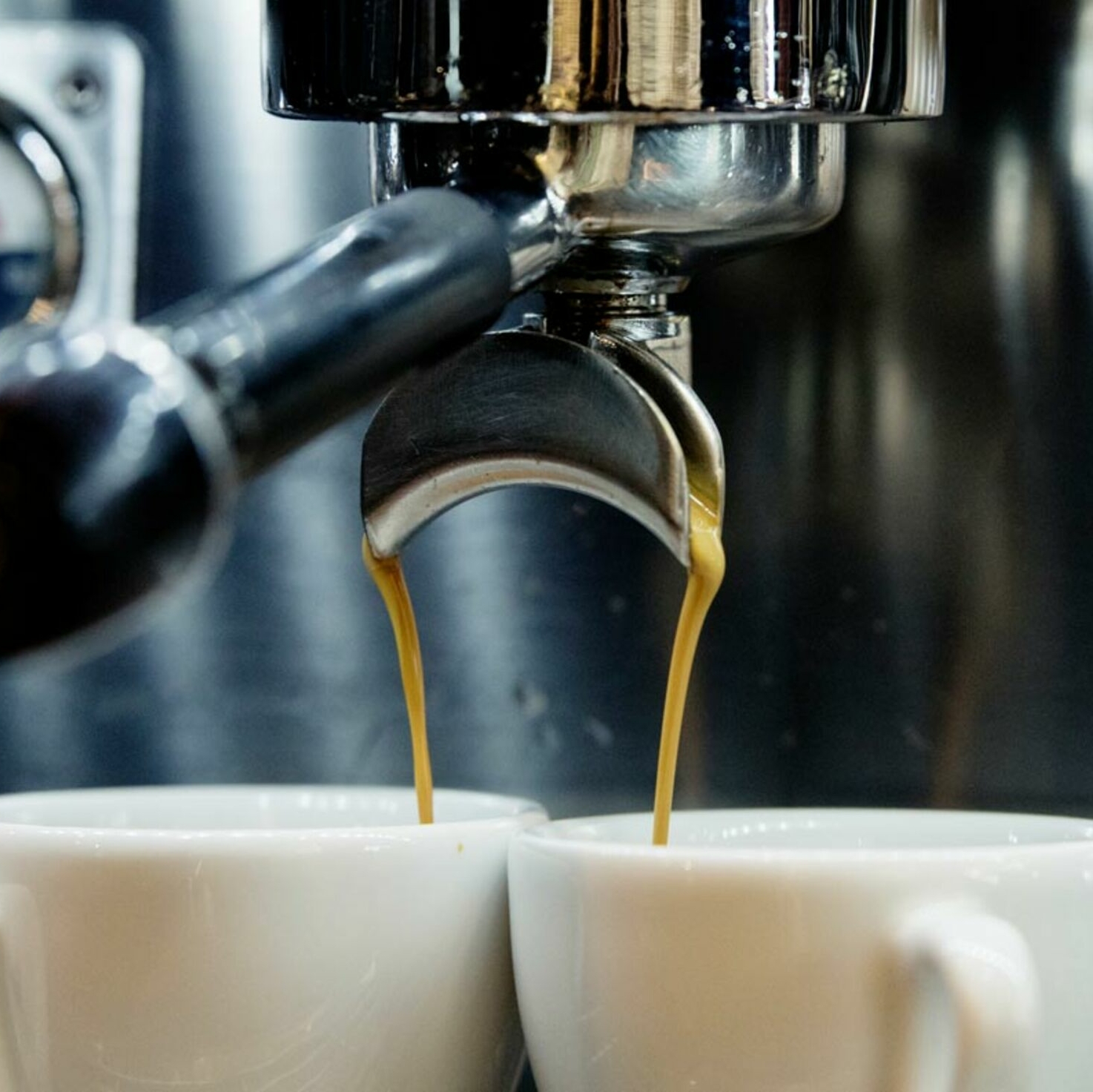 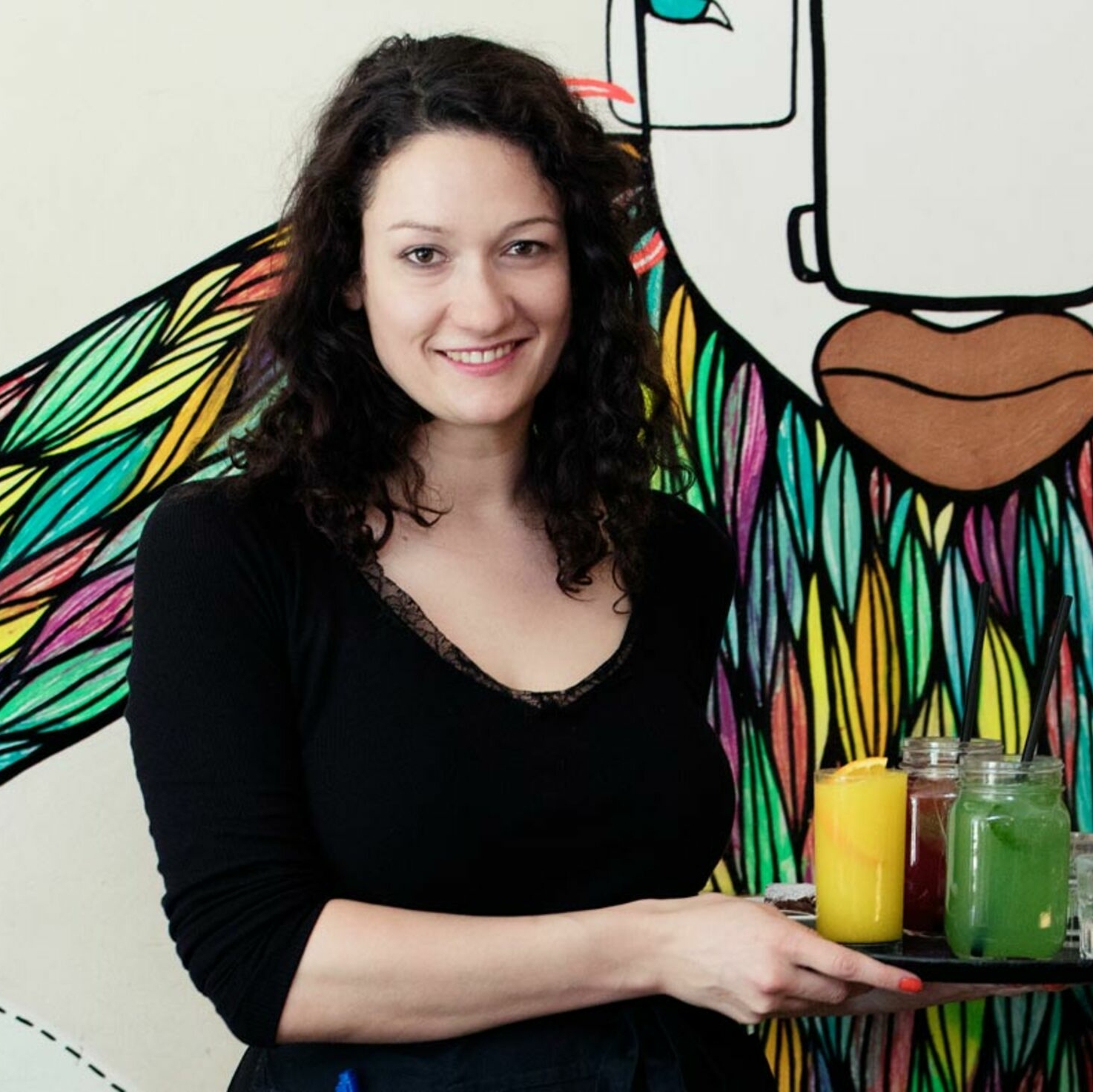 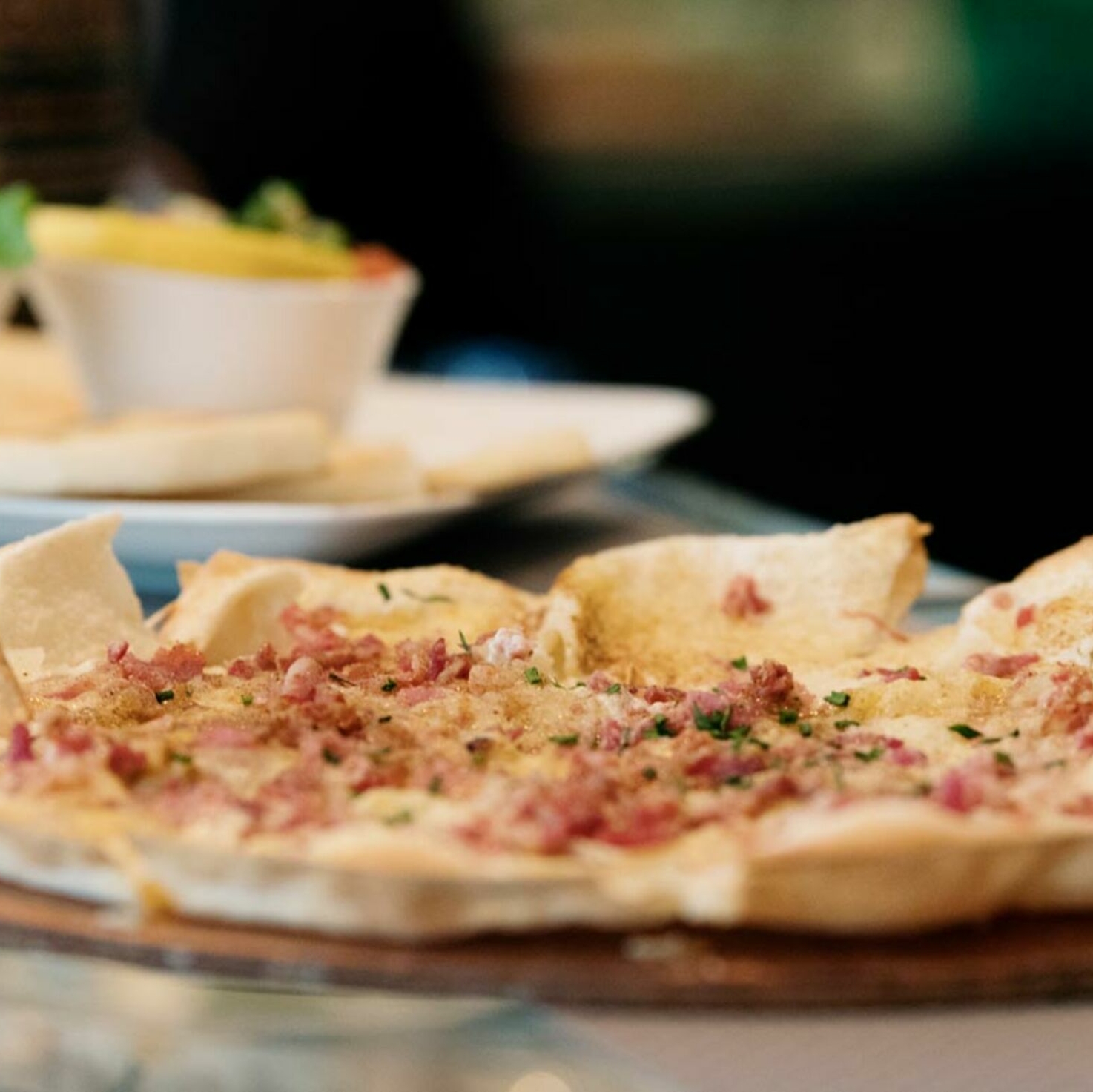 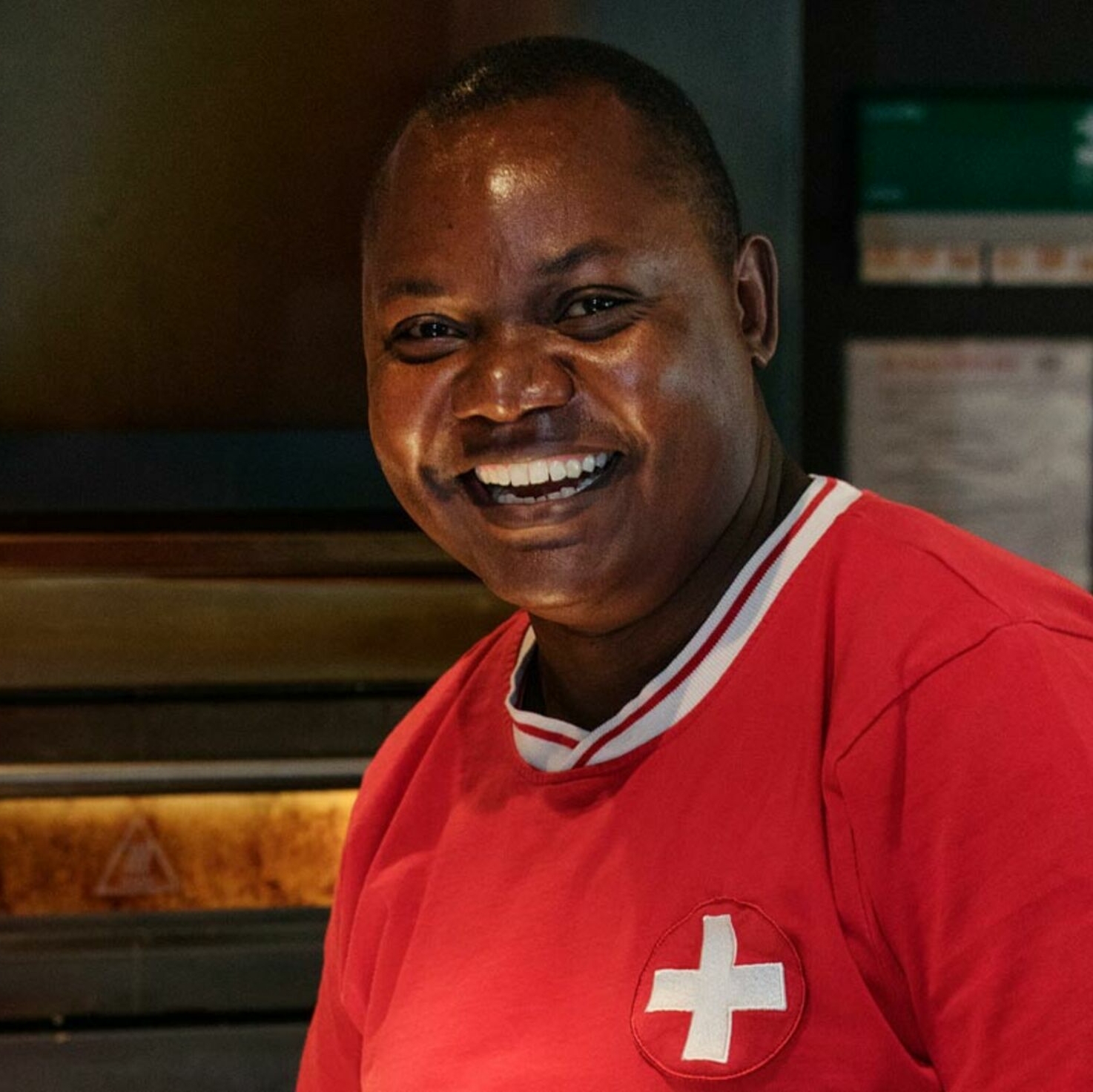 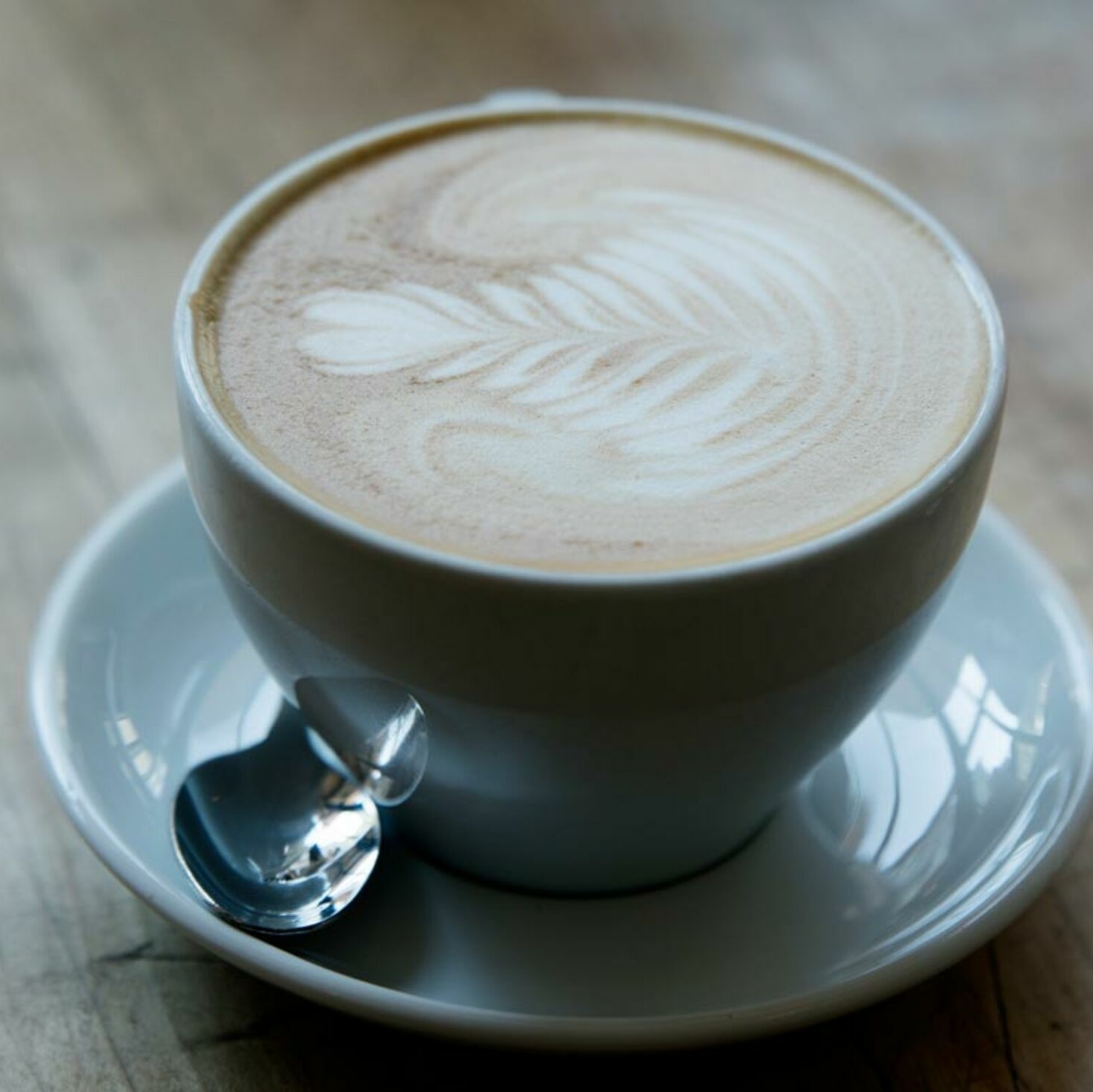 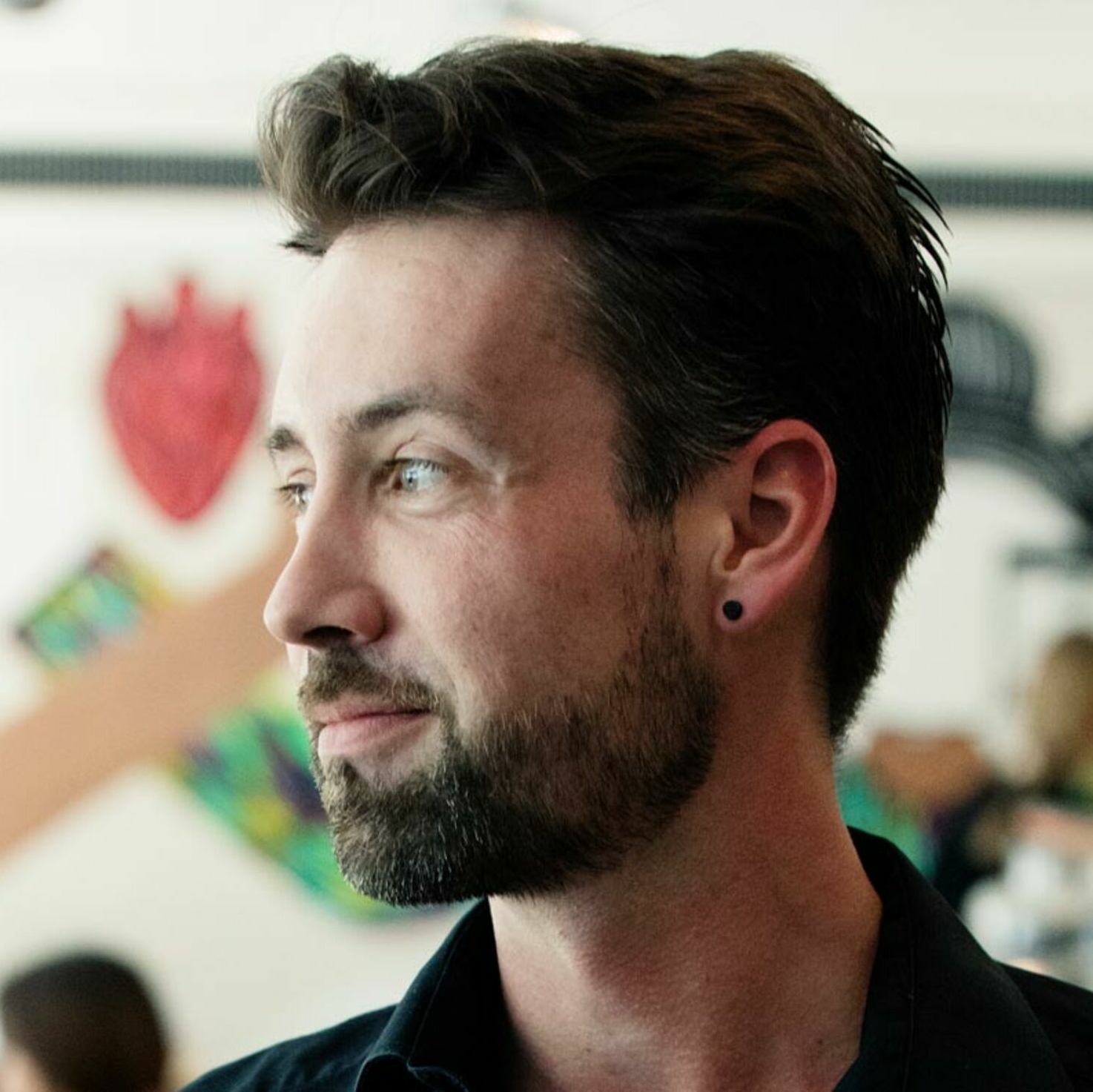 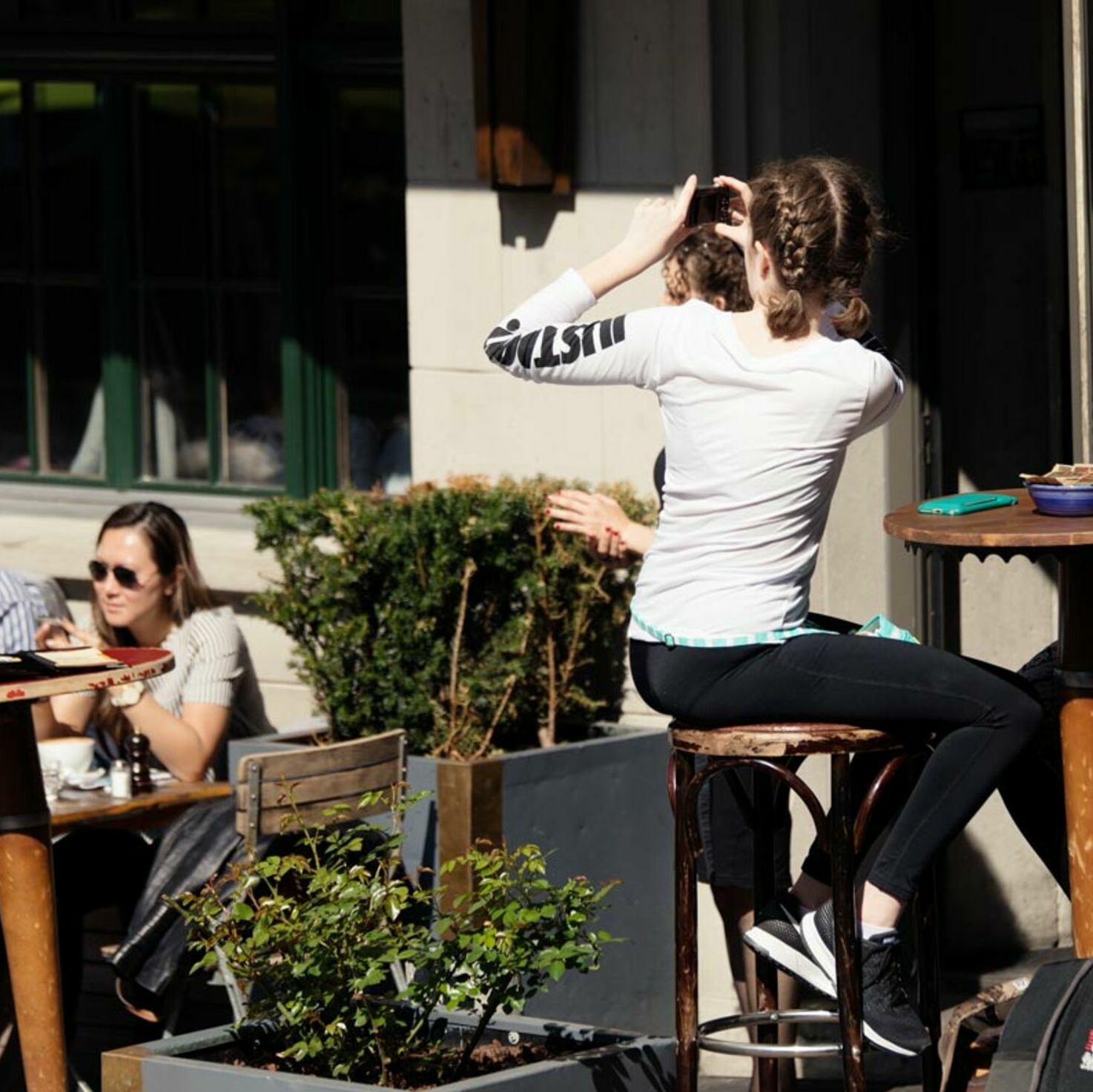 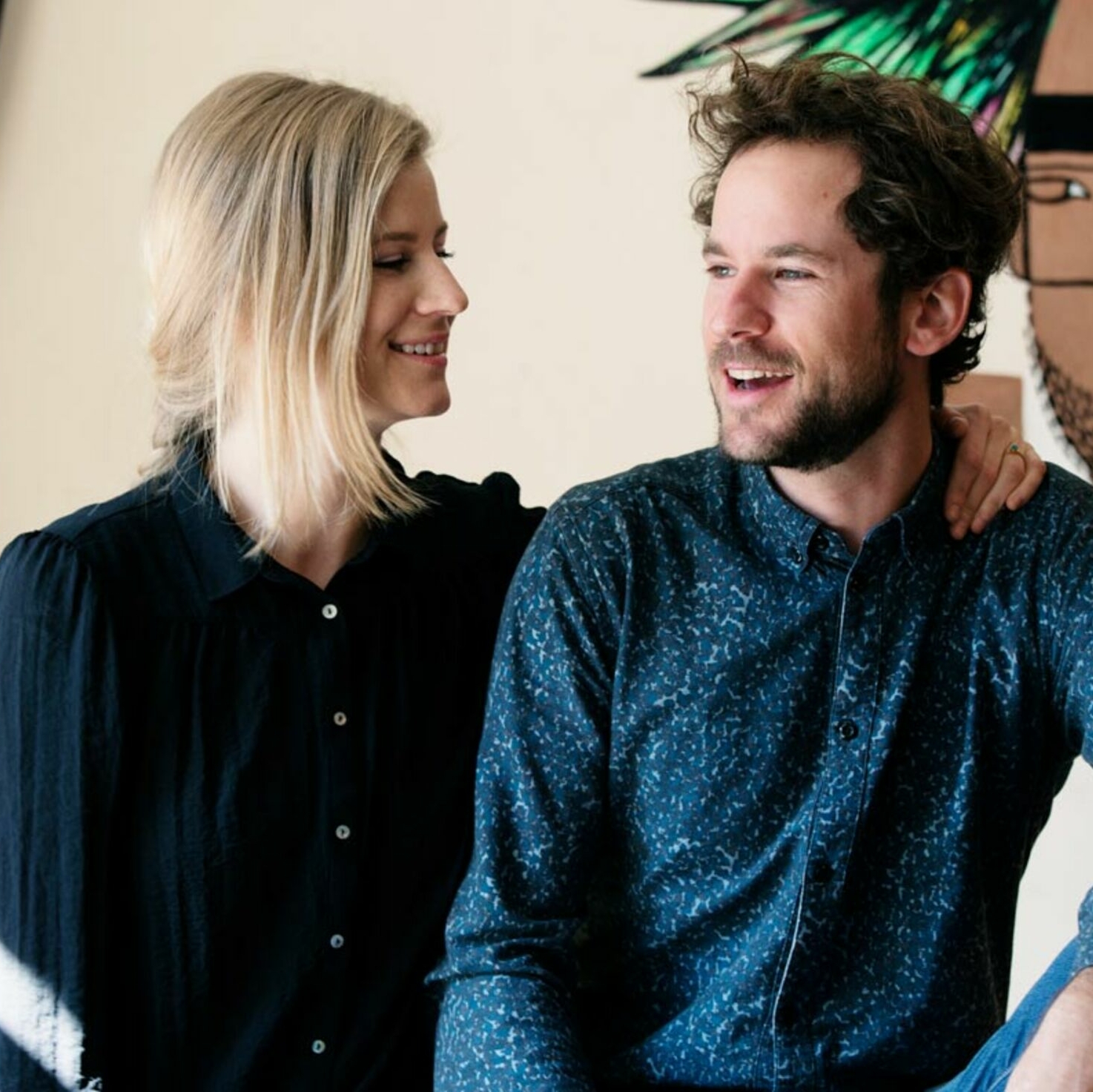 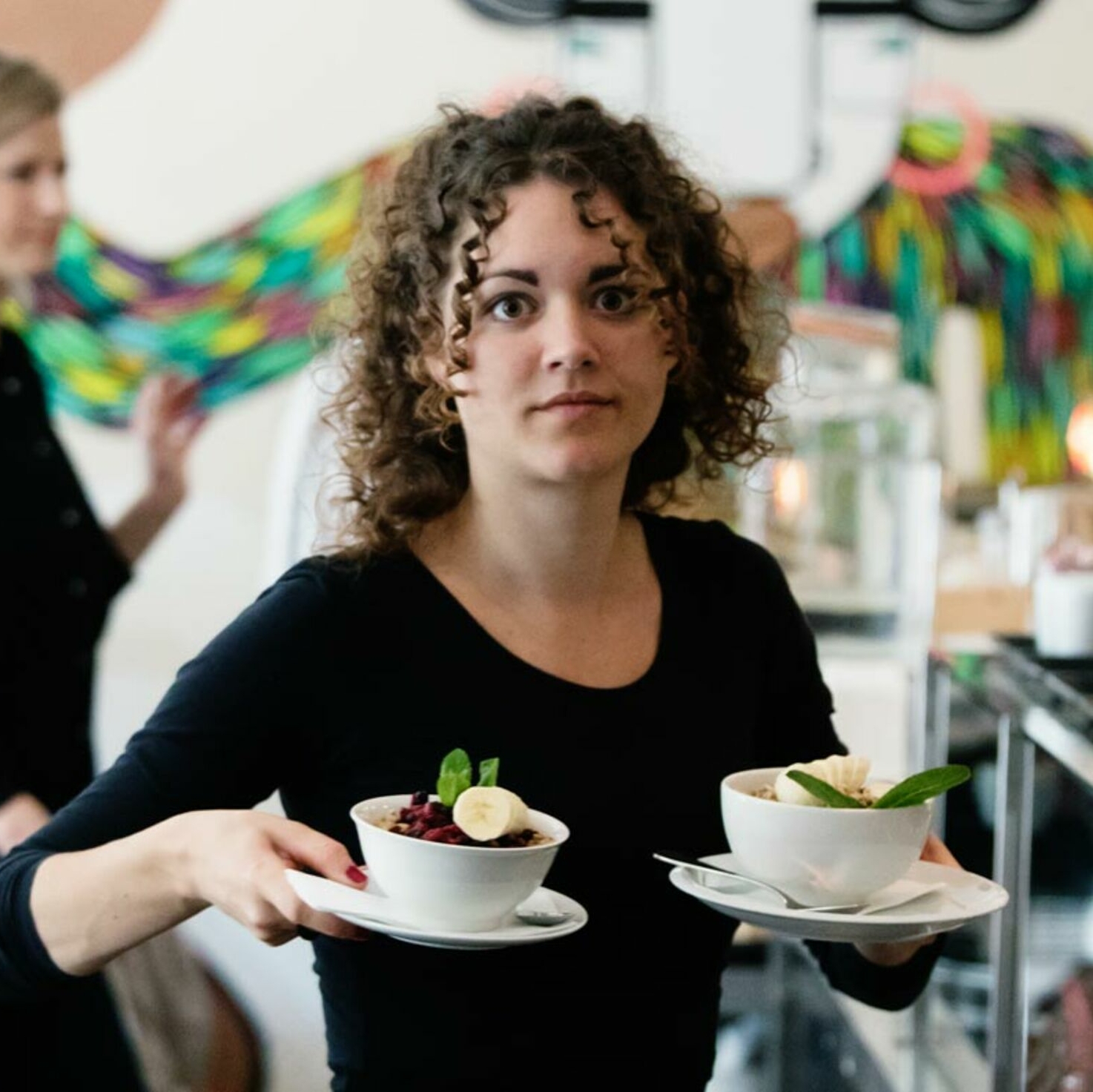 Felix, Dorothée and Joab have been part of the team at Café Henrici since it opened in 2009 – an eternity in the ever-changing culinary scene.

I’m not the first person to write about the Henrici. Some have said that it has ‘The best coffee in town’, while others have waxed lyrical about ‘an ambience reminiscent of the cafés in San Francisco’. And, of course, much ink has been spilled about the siblings Olivia and Tito Huber, who own the café. Since we didn’t want serve up yesterday’s news to you, we left the two bosses to get on with their work out front and instead caught up with their long-serving colleagues Felix, Dorothée and Joab. Their backgrounds couldn’t be any more different.

Originally from Berlin, Felix worked as a mosaicist in Barcelona for ten years before moving to England. He eventually ended up in Zurich, where he now works at the Henrici. Because his wife lives in Berlin with their two-year-old daughter, Felix commutes between the two cities: ten days in Zurich, twenty in Berlin and back again. ‘Our daughter understands. We Skype a lot.’

‘The Henrici is more than just a job to me – I’ve grown very fond of the people who work here,’ says Felix. At the beginning, there were of course times when he wondered whether this was the right solution. But he’s since fallen into a comfortable routine – and in Olivia he has a boss who helps him in any way she can.

I’m sitting at the bar with Felix. He greets a regular customer, and then orders us a beer. It's knocking-off time! Like his colleagues Dorothée (Dodo for short) and Joab, he was part of the team when the Henrici first opened on Stüssihofstatt in Zurich’s Niederdorf district. That was eight years ago – an eternity in the culinary scene. Felix’s face is well known around here – and people sometimes miss it, too: they’ve been known to ask about him when he’s away in Berlin. ‘Usually women,’ laughs Dorothée. ‘After all, he’s down to earth and charming.’ This is the kind of praise that can be dished out occasionally when you know each other well and have been around the block together many times.

Dodo, who is training to be a teacher, has joined us at the bar. Like Felix, she’s part of the service staff. And, like him, she’s also found a home at the Henrici. But this is where she belongs, here in the Niederdorf district. She grew up on Brunngasse, just a hundred meters from the Henrici. Zurich’s old town was different back then: ‘You’d see some weird characters wandering the narrow streets. Parents would warn their kids not to talk to strangers, and it would usually get very rowdy outside the pubs.’ Some places, like the fish shop and the local deli, sold fresh produce grown on farms. ‘These days, shops are shutting down all over and large chains are taking over.’ This makes ‘cosy, cheerful places like the Henrici’ even more important, as they bring people together again.

Joab finds it rather amusing that a man from Mombasa is known for an Alsatian speciality called ‘Alpino’.

Besides the coffee creations of the baristas – among the best in town, apparently – the Henrici is known among the locals for its quiche and its nine different types of tarte flambée. The most poplar one of all – the ‘Alpino’ – was invented by Joab. It is made by putting bacon, onions, thinly sliced potatoes and a secret cheese mixture on top of thin pastry. ‘We like to experiment,’ says the Kenyan. What goes down well with guests stays on the menu. Joab finds it rather amusing that a man from Mombasa is known for an Alsatian speciality called ‘Alpino’.

Nine years ago, Joab was mixing drinks at the Neptune Beach Resort in Kenya. And he wanted to remain at the 4-star hotel by the beach. ‘Who wouldn’t?’ But he then met his future wife while serving behind the bar. Two years later, Joab walked in the snow for the first time. ‘It’s a bit cheesy that I’m even mentioning this, isn’t it?’ But it was a special experience. He then tell us his favourite dish: Alpine macaroni. I’m not really surprised when Joab turns up for today’s photo shoot wearing a t-shirt with a large Swiss cross on it. He laughs, before reassuring me: ‘Fortunately, there are some African shops in Zurich that sell specialities from my home country – that’s just as important to me.’

As an aside, Joab tells me that the Henrici also serves Kenyan coffee. But there’s no German coffee for Felix if ever he gets homesick. At least the train tickets to Berlin are pretty affordable. And Dodo? She moved out of her parents’ home on Brunngasse a long time ago.

She now lives on the next street – directly across from the Henrici!

The siblings Olivia and Tito Huber, who own the café.