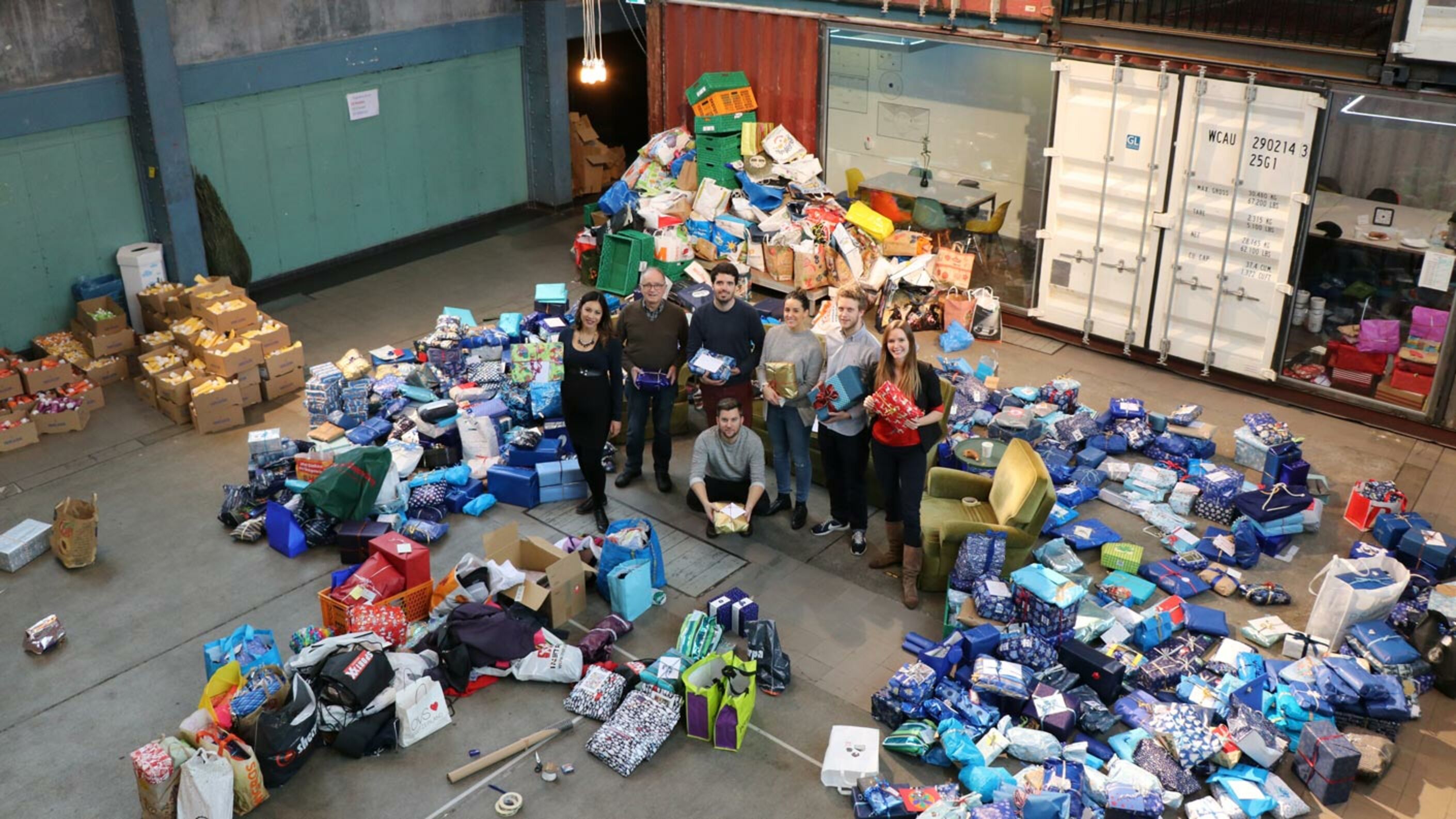 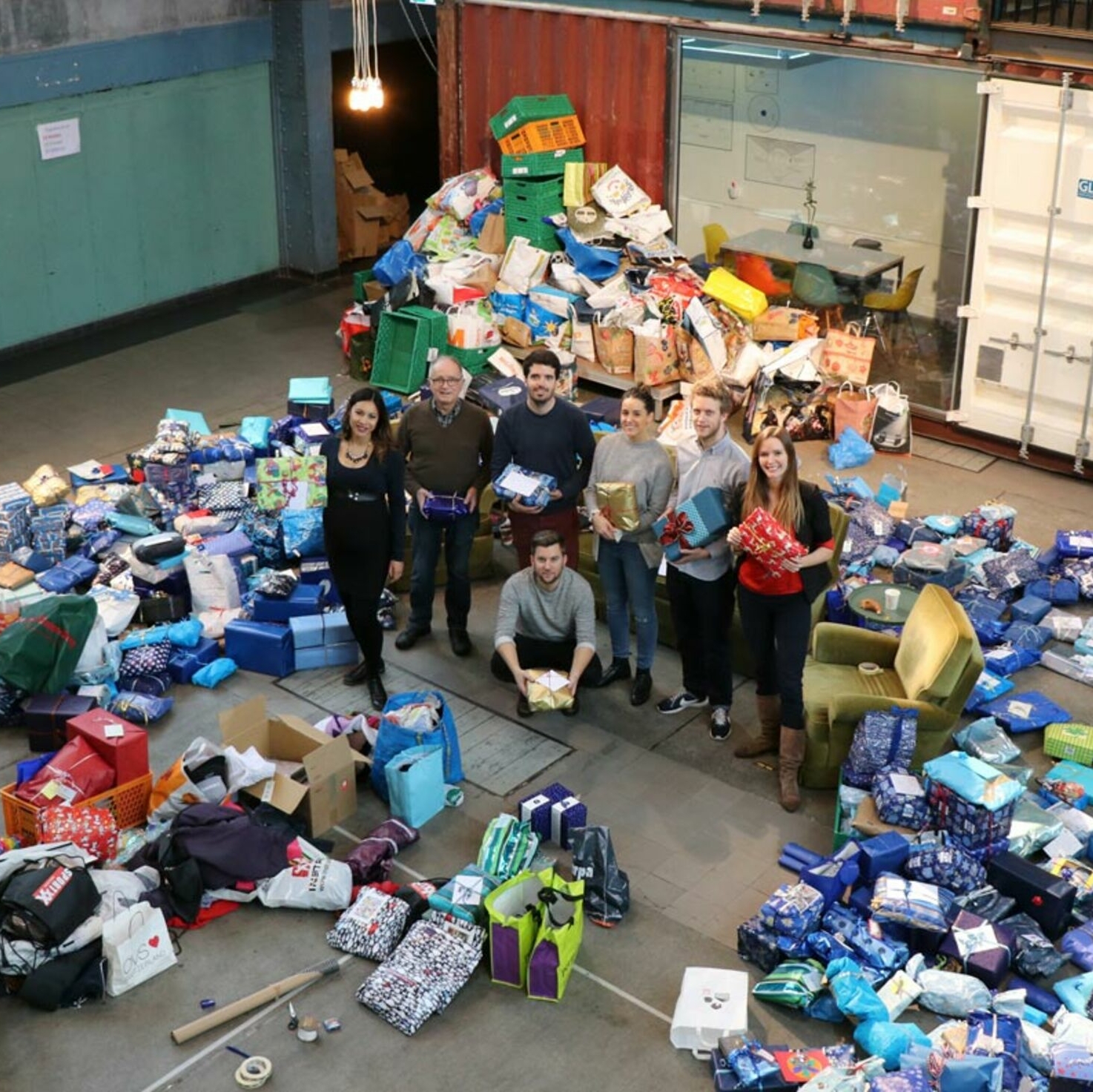 ‘The gifts tell the refugees that they’re welcome here’

Züri schenkt is the name of the campaign that Julius Scheidt is running for the third time with Alex and Yagmur Stöckl. Its aim? To make sure that 1,000 refugees in the Zurich area receive a small Christmas present. It’s not just about the gift’s material value, says Julius.

Gifts are collected for refugees in and around Zurich. Adults receive a scarf, hat, gloves and a deodorant, while the kids get a hat, crayons and a toy. Are these all things that they want and need?

We discussed the gifts with the refugee organisation AOZ, and they talked to people in the refugee shelters. In the first year we gave them notepads, pens and toiletries. The campaign was quite last-minute, and we weren’t even sure whether anyone would donate any gifts. But in the end, we got 500 donations – twice as many as we actually needed. It worked out so well that we decided to try asking for more expensive gifts in 2017.

Just before Christmas, I was sitting in a café with my wife, Janina Waschkowski and we were wondering whether we could do more to help refugees. So we thought – why not give them gifts? We approached the Halle 9 refugee centre and asked the staff what the people who lived there needed. But the idea isn’t simply to provide them with the bare essentials.

So what is it?

We want to make the refugees feel welcome in Switzerland and involve them in our traditions. Of course, they don’t have to celebrate Christmas, but they can still experience it if they want to. We also wanted our campaign to turn the spotlight on refugees, as they are all too often ignored in everyday life. It’s really nice to see how many people are keen to be involved in the campaign. People take the time to buy and wrap a gift, and most of them write a small card, often with a very personal message.

‘People take the time to buy and wrap a gift, and most of them write a small card, often with a very personal message.’

Do you have any advice on how to find the perfect gift? After all, it’s difficult to know what people like when you’ve never met them.

I don’t like to give advice about that. I think you should just give something that you like. Then someone else is bound to like it too. The cards can be written in German or English. There’s always someone at the centres who can translate if necessary.

You deliver the presents to the refugee centres just before Christmas. How do the refugees react?

They instantly know that something special is happening. Many of them help to put away the presents, because they are not to be opened until Christmas. But the centre managers wrote to tell us that the refugees loved their gifts. It makes them realise that the people of Zurich are thinking about them, empathise with their situation and wish them all the best for the future.

‘It makes them realise that the people of Zurich are thinking about them, empathise with their situation and wish them all the best for the future.’

How do you respond to critics who say that this kind of Christmas campaign doesn’t do anything to change the situation of refugees in the long run?

We’re running the campaign for the third time – so it’s not a one-off. Of course, Züri schenkt can’t do much to change the situation, but it’s often the first time that refugees in the centres come into contact with Switzerland and its people. The gifts tell them that they are welcome here. This good feeling doesn’t immediately fade when Christmas is over.

You now live in Berlin. Are you planning a similar campaign there?

I was going to, but I became a father again this year, moved house and started a new job. I also want to find out whether refugees are the right target group here, or whether other people – such as the homeless – need more attention. But Züri schenkt will certainly continue in Zurich. We noticed that people like to help – even if they sometimes need a little nudge.

The collection campaign runs until 18 December. Parcels can be handed in at Barranco at Sihlfeldstr. 141 and at all Gärtnerei restaurants. We need 1,000 gifts in total. For more information about what to put in your parcel, visit Züri schenkt.