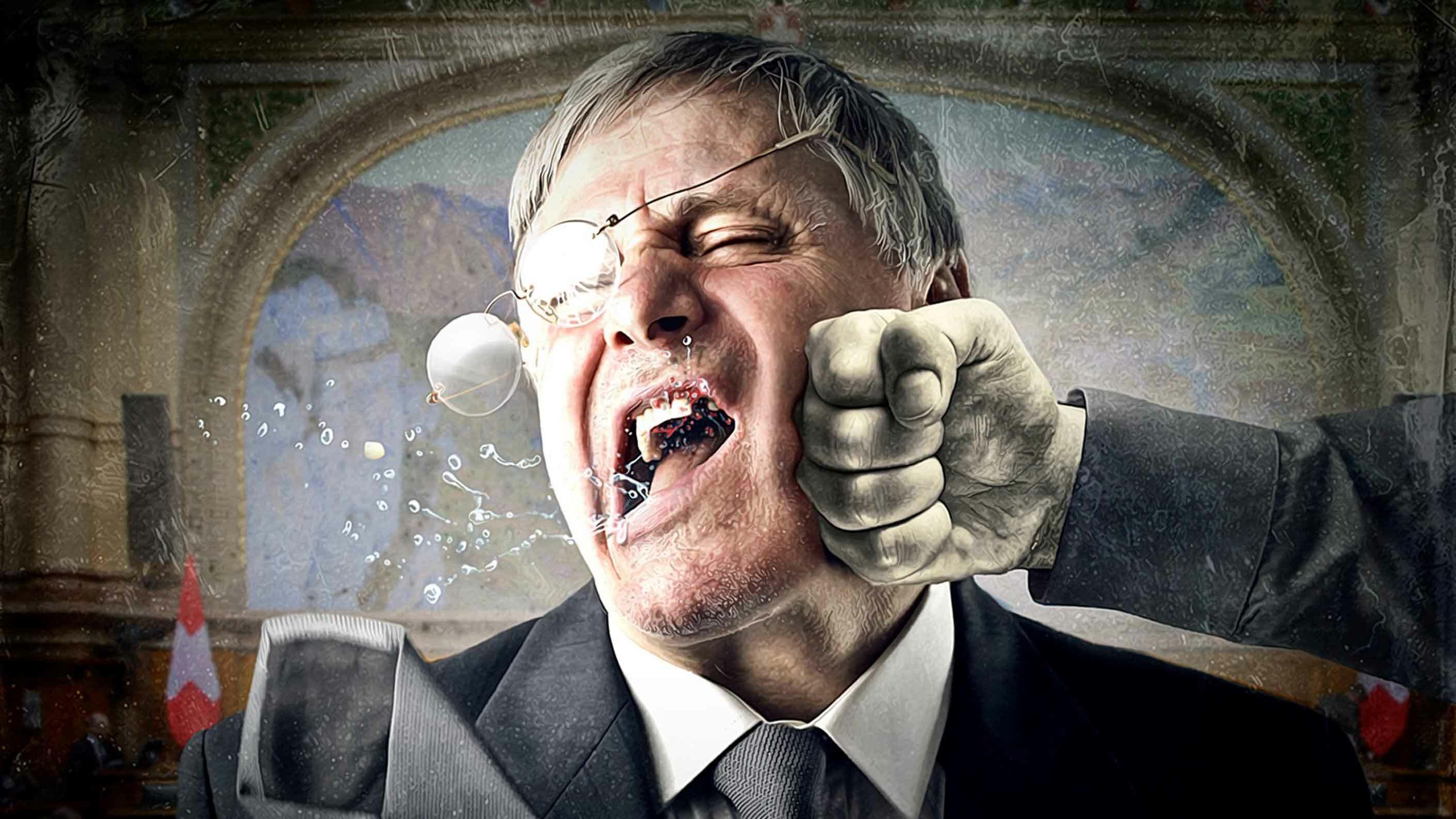 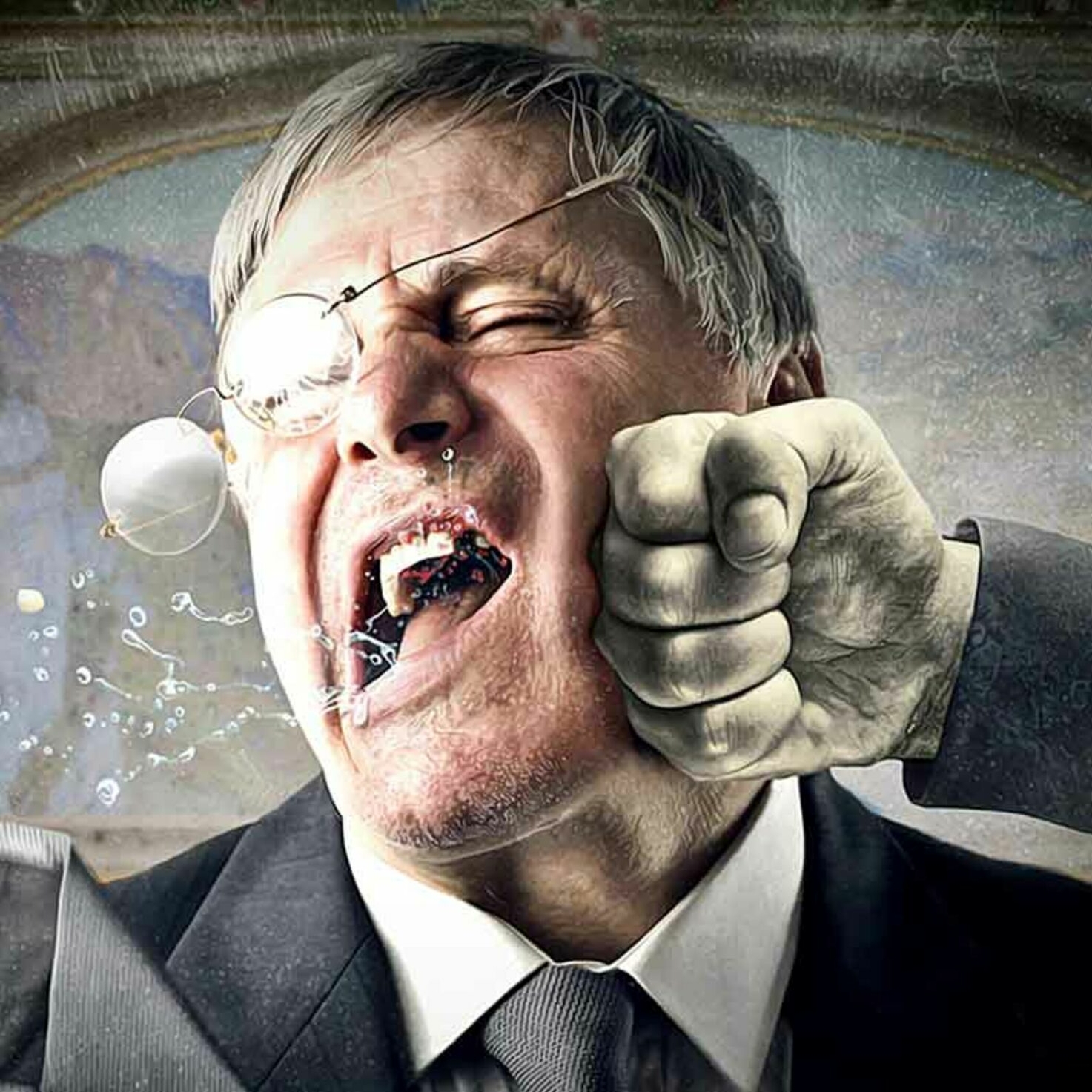 On the morning of 25 June 1930, fists flew in Bern. There’s nothing strange about that; there’s always a clash somewhere, for all kinds of reasons. But when the venue is the chamber of the Federal Parliament and the combatants are two National Councillors, the story becomes much more interesting.

It all started with an innocuous debate: the Federal Council was reporting on the 10th League of Nations assembly, at which, among other things, discussions had covered how the narcotics agreement could be implemented more effectively. Switzerland had signed this agreement, stipulating tighter controls and monitoring of drug production, in Geneva in 1925. Drugs are bad – that’s beyond dispute. Even in politics. Next agenda item. Hold on! Not so fast. Wasn’t there something else? Basel Communist Franz Welti poured a little oil on the parliamentary fire, which was so far flickering only weakly on that hot June day.

Walther Bringolf in the National Council, 1959.

The bourgeoisie, said Franz Welti, were hypocrites; after all, with their capitalist system, they would make good money from the drug trade. Oops! Ruggero Dollfus wasn’t standing for that. The Ticino native was not only a member of the bourgeoisie, but also a banker, so Welti’s attack was a one-two punch. He countered that in fact the opposite was the case – the drug dealers were communists and were controlled from the Soviet Union. At this statement, the head of ‘Red’ Walther Bringolf turned a little redder.

Bringolf, a communist from Schaffhausen, called Dollfus a liar. That was too much for Dollfus, who retaliated with a resounding slap across Bringolf’s face. The noise level in the chamber rose. National Council President Ernest Paul Graber tried in vain to de-escalate the situation. Federal Councillor Giuseppe Motta, who had actually been given the floor, took his seat again with a weary sigh. The following dialogue from the minutes of this memorable session could have been lifted from a play…

Dollfus: He got a slap in the face. He deserved it, the beast.

Uproar in the chamber

Graber tries to calm the situation, but is unsuccessful. Walther Bringolf demands the floor.

Bringolf: I demand the floor too, if Mr Dollfus has been given the floor to make a personal statement.

Shouts in the chamber: Out, out!

Graber: There is no statement to make.

Bringolf: Mr Dollfus had the right to make a statement. I have to say that the words he has said here contain an untruth.

Graber: There will be no debate on this issue. You cannot make a statement on a subject that is not up for discussion.

Someone shouts that Dollfus should also have explained himself.

Graber: Mr Dollfus made a mistake.

Bringolf: Mr Dollfus turned on me and raised his hand while I was not expecting it, because I believed I was dealing with a well-brought-up citizen, and he struck me. That is not so terrible. But the coward then retreated behind other people when I was hauling off to strike back and was going to ‘let him have it’. That is an act of cowardice. Then he jumped up to make a statement under the protection of his colleagues, who prevented me from returning the favour. And a man like that is a colonel in the Swiss Army – in my eyes, he’s a coward!

This article originally appeared in the Landesmuseum blog. It regularly covers fascinating stories from the past. For example ‘Television test card – distant memory of the nightly broadcast shutdown’.

Rematch in the cooling-off break

Eventually, the President of the National Council managed to enforce a five-minute break. However, the interruption didn’t do much to soothe all the ruffled feathers. Back in the chamber, the argument continued. Apparently Ruggero Dollfus had now also collected a slap in the face, because Walther Bringolf said: ‘He got it back.’ And, as it should be in a parliament, the question of guilt now had to be discussed at length. Who provoked whom first? Who bore the greater blame? Who said what exactly? Poor Ernest Paul Graber, and the even poorer minute-taking clerk, hoped it would all be over at some point and the chamber would be able to turn back to its normal Council business. And finally it was.

The media had a field day with the incident. Virtually every newspaper carried the story. The NZZ reported on ‘arguably the biggest scandal that has ever played out in the National Council’. And the Nebelspalter created a new political game out of it. The Brin-Golf Game, a ‘version of golf’. You play until blood flows. Incidentally, that game had already been introduced by two National Councillors a full 80 years earlier. Following a verbal altercation, there was a duel that ended with an injured politician. But that’s another story…