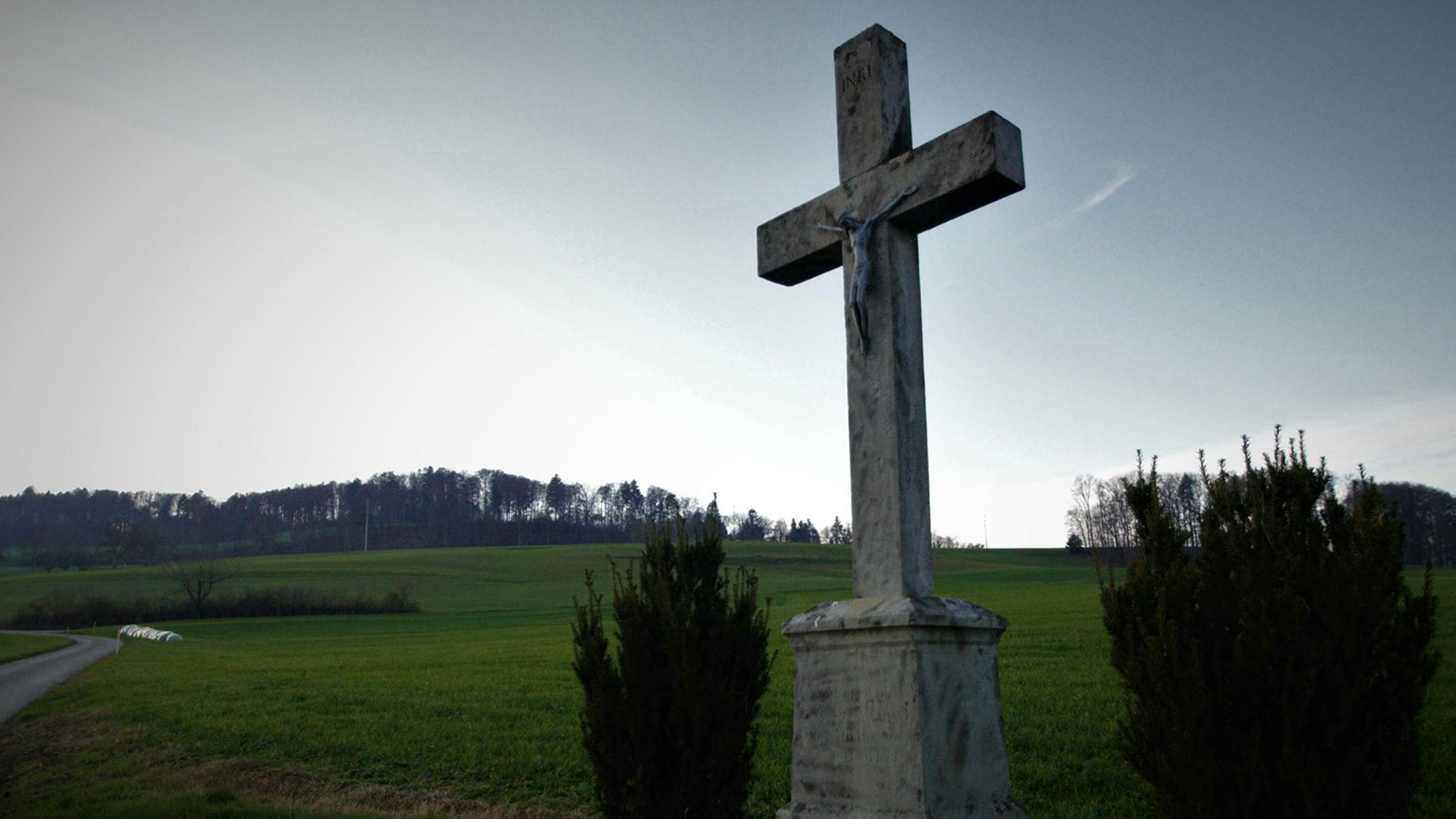 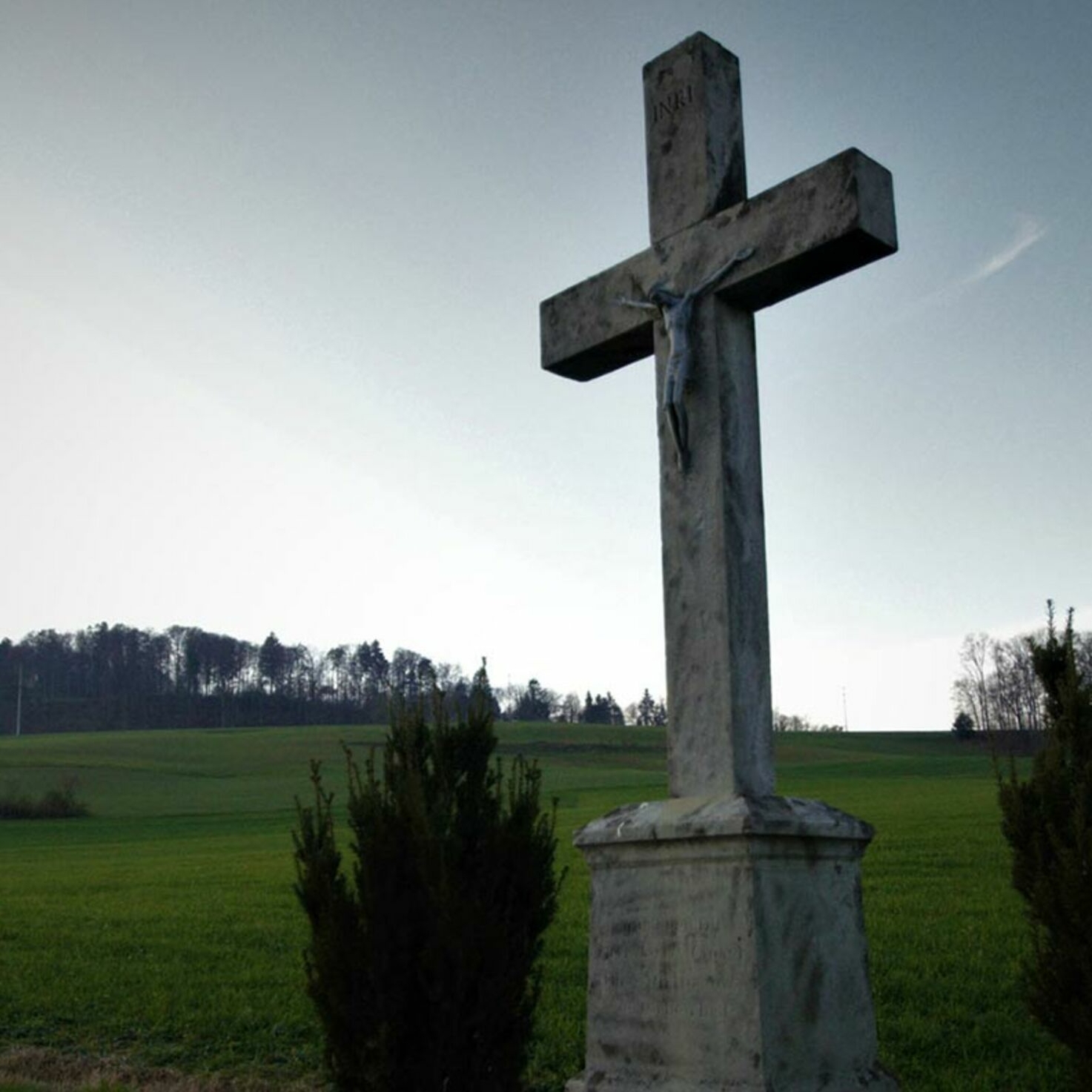 While Zwingli was preaching the Reformed faith in Zurich in the 16th century, the altered circumstances of life led to frictions in the countryside on a greater and lesser scale.

Discontent over the practices of the Catholic church, which in the eyes of the rural population were beyond understanding, had been festering for some time. The handing over of the ‘tithe’, the tenth part of the harvest, fuelled this resentment firstly because it was delivered to a far-off cathedral chapter or to an Obervogt (chief bailiff) and secondly because the amount demanded did not depend on the yield. The harvests between 1450 and 1550 were barely enough to feed the population. With wet summers, violent thunderstorms and hailstorms, those years were a climate catastrophe. So it was incomprehensible why the tithe did not stay in its own parish. Huldrych Zwingli’s uprising urging the reformation of the faith came at the right moment. But the tithing remained.

Those who pined for the old teachings feared retribution on the scale of Sodom und Gomorra.

The Protestant reformer Zwingli on a 16th century print.

Circumstances in the areas bordering the (new) Reformed and (old) Catholic cantons, in a constant state of flux, were not free of conflict. For example, the instruction of 1524 prohibiting all pilgrimages on Zurich’s territory, and the order decreeing that masses were no longer to be celebrated, were met with bewilderment. Some hostelries and numerous inns and taverns lost a large portion of their revenues. Those who pined for the old teachings feared retribution on the scale of Sodom und Gomorra. Priests increasingly disregarded their vows of celibacy. This construct, which had been introduced 500 years earlier and was modelled on none other than the unwed Jesus Christ himself, was often circumvented by cohabitation.

The Destruction of Sodom and Gomorrah, painted by John Martin, 1852.

Priests in love and fickle congregations

During this time, the chaplain Hans Lugger, appointed by Constance cathedral chapter, caused a scandal in the border region between Ehrendingen and Niederweningen. Since the reading of mass had been prohibited in Niederweningen, Canton of Zurich, a parish that also encompassed Oberehrendingen and Unterehrendingen, in 1526, the Grafschaft (county) of Baden appointed Hans Lugger. The people of Ehrendingen were offended by the fact that the new pastor was living in sin with his maidservant. So in May 1526, church officials invited the parties involved, along with representatives of both religions, to the disputation in Baden. In August of the same year, the parish of Ehrendingen gave its blessing for the priest in love to remain. That was on the condition that he married his maid, or dismissed her. It is not known whether Lugger was willing to compromise, or which option he chose. However, he didn’t remain a Catholic priest in the border area for very much longer.

It was not uncommon for congregations to change their denomination.

There was no compromise on Zurich soil. Only the Reformed faith was now tolerated there – a difficult situation for the rural parishes, where often people of both denominations lived. It was not uncommon for congregations to change their denomination. This was probably driven not so much by faith as by the hope for economic advantages. Much to the displeasure of the border communities professing the ‘new’ faith, however, the tithing remained part of the new order.

The story of the two Catholic communities of Schneisingen and Siglistorf in Aargau is quite a special one. In the Second War of Kappel in 1531, men from these towns even took up arms against their fellow Catholics in support of the people of Zurich. This had brought the two communities nothing but a few dead. Since the anticipated economic advantages failed to materialise, Schneisingen and Siglistorf moved back to the Catholic camp. This so angered the miller of the Murzlenmühle in Niederweningen that he refused to grind the grain of the ‘Papists’. The Catholics retaliated by sabotaging his fields, which were on Aargau soil. In addition, the miller and other Zurich citizens had to be wary when using the surrounding streets. The odd stone might just happen to come flying their way…

Tithing in the Middle Ages.

Depiction of the Second War of Kappel in Johannes Stumpf’s Schweizerchronik (Swiss Chronicle), 1548.

Struggle for every soul

The Murzlenmühle was once again the object of village discussion a century later. In 1651 a Catholic workman at the mill, which was on Reformed soil, was claimed to be the father of a child born out of wedlock to Regula Bucher, a Protestant. Hans Fischer, as the workman was called, came from Rümikon in the Catholic county of Baden, and denied being the child’s father. But Regula insisted that Hans was the father, and ‘forwarded’ his son to him. The workman refused to accept the ‘package’.

For a long time the church in Niederweningen had a clock only on three sides. Were the Catholics robbed of their sense of time?

The Eherichter, magistrates dealing with matrimonial matters, in Reformed Zurich appealed to Regula, her siblings and her father to keep the child in Niederweningen. Nothing could be expected from the child’s reluctant father, in any case. The Eherichter promised the single mother charitable assistance. Under no circumstances was the child to grow up in a Catholic neighbourhood! Acknowledgement by its father would mean the child would be lost to the Protestant faith. On 1 July 1651, the boy was baptised in Niederweningen at the behest of the authorities. The Protestants had thus achieved a ‘victory’.

Only the Aargau peasants working on their fields in the west couldn’t see the time.

In 1671 the Reformed church, which still dominates the townscape, was built on the foundations of the old Romanesque church in Niederweningen. By that time, only the Chäsbiss tower was left. The tower had a clock on each face. It turned out, however, that the building fabric was no longer suitable for the structural conditions. The present tower was built about 200 years ago – interestingly, with a church clock on only three of its four sides. Only the Aargau peasants working on their fields in the west couldn’t see the time. History is silent as to whether this was intended as a small act of meanness by the Reformed community towards its Catholic neighbour. It wasn’t until 1918 that a clock was finally mounted on the fourth side of the tower.