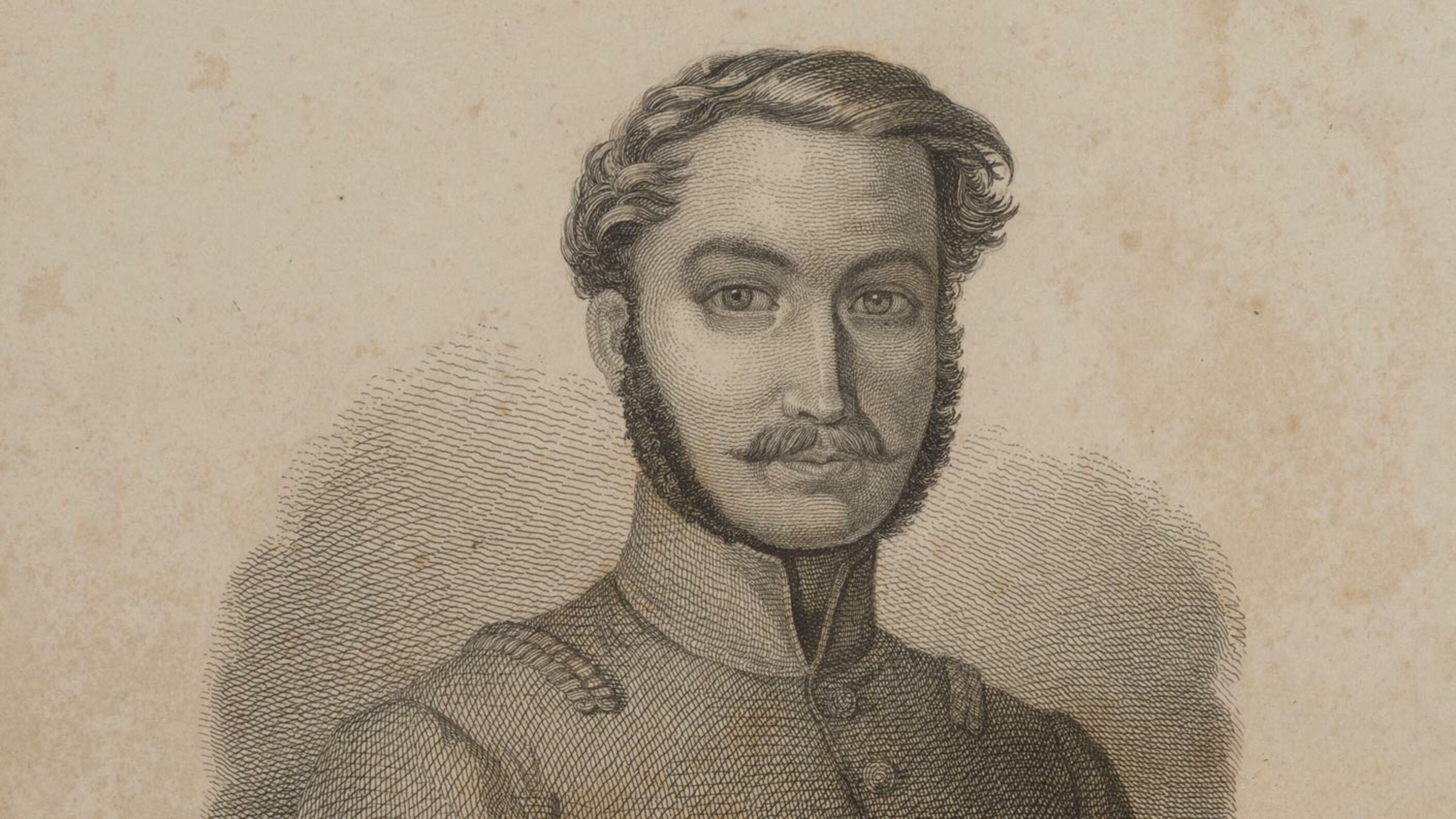 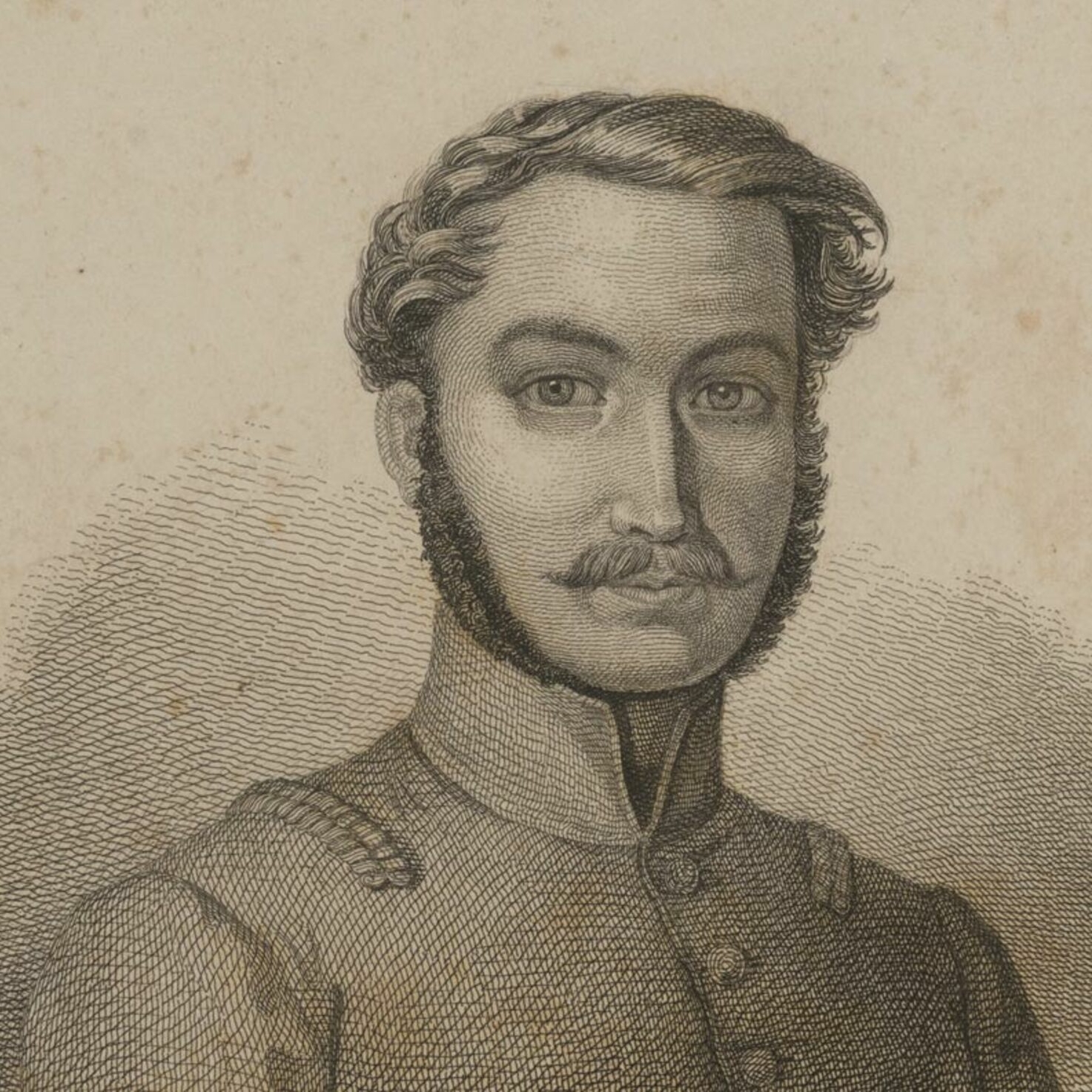 From hero of the old West to racist colonialist: Opinion on Swiss pioneer Johann August Sutter has changed in recent decades.

For a long time Johann August Sutter, Swiss emigrant to America and pioneer, stood heroically on a very high pedestal. He was famous during his own lifetime. In 1848 a Nisenan (indigenous native of California) working on Sutter’s land found the gold nugget that sparked the famous gold rush. The indigenous worker gave the precious metal to his superior, James Marshall, triggering a frantic scramble for riches. Sutter, born in Kandern in 1803, was famous for the discovery of gold, but he was no hero. It was only later that he was styled into that role in the commemorative culture of two nations. 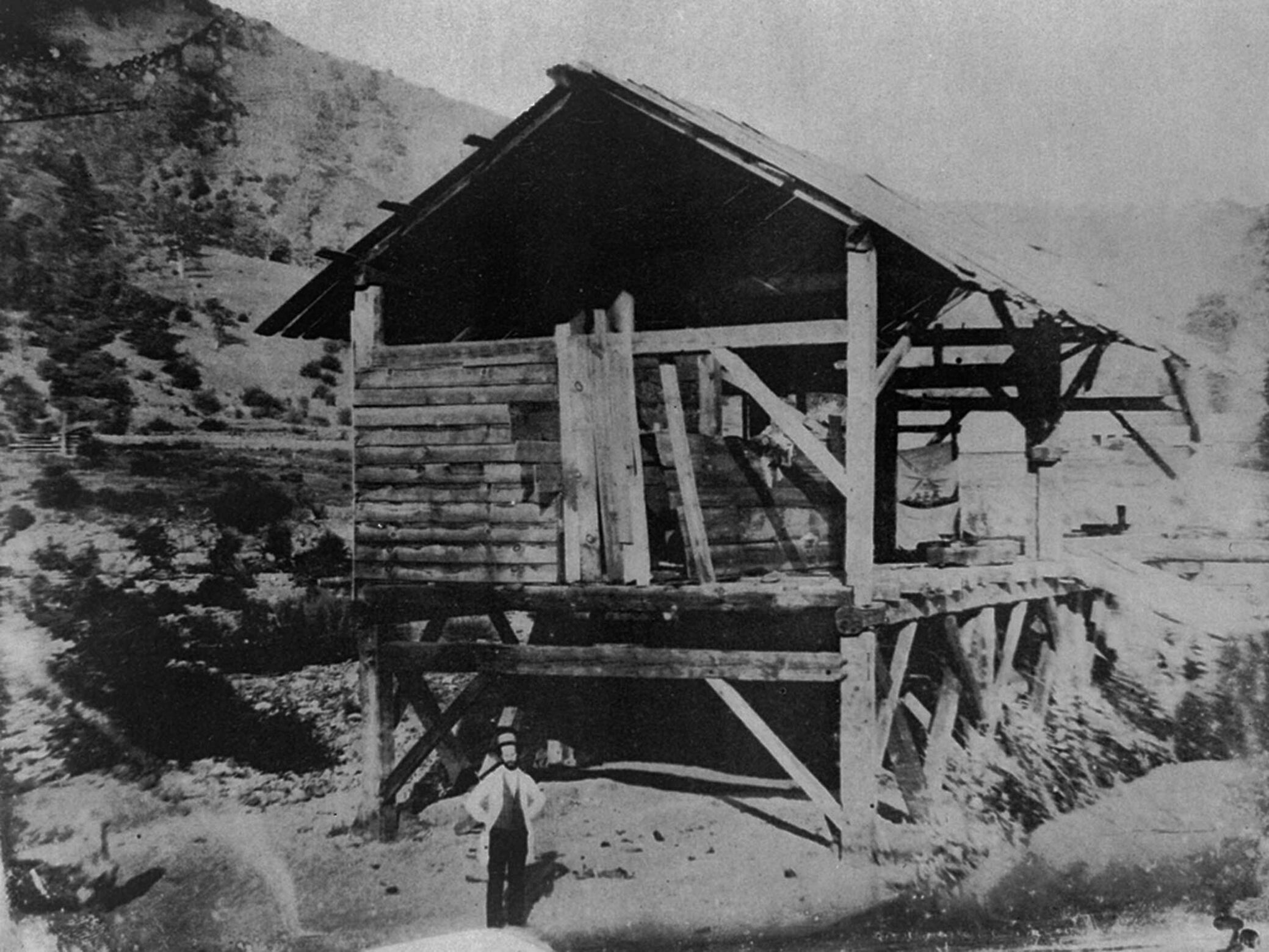 The gold nugget that sparked the famous gold rush was found on Sutter’s land.

No venture Sutter undertook was successful. Either in Switzerland, or in the USA. In 1834 a haberdashery and cloth business which he had established in Burgdorf with money from his mother-in-law went bankrupt. In a covert move he fled across the Atlantic to the USA, escaping debtors’ and bankrupts’ prison. He left his wife Anna and his five children to their fate in the poorhouse.

His settlement was never profitable, with Sutter drunk most of the time and deeply in debt.

He hadn’t been in the USA for long before he was summoned to appear before the court of appeal of Jackson County (Missouri), once again due to his failed ventures and angry creditors – this order too he failed to obey, instead fleeing further westward in 1838. As a result he became – unintentionally – a Swiss pioneer of the ‘Wild West’. ‘New Helvetia’, his settlement on the banks of the Sacramento River, was never profitable, with Sutter drunk most of the time and deeply in debt. Nonetheless, for more than a century he has, almost without exception, been depicted in glowing terms in artistic and literary interpretations of his life, which ended in Washington in 1880. Why?

He has been depicted in glowing terms in artistic and literary interpretations of his life, which ended in Washington in 1880. Why?

In 1868, long before Sutter’s death, the guardian of his impoverished wife, Martin Birmann (1828-1890), wrote a little book which was published in Basel. In this book, Birmann told the story of Sutter’s life; after all, if you knew the man on whose land the famous gold rush began you would probably want to benefit from that acquaintance. Only, Sutter’s true behaviour was heavily glossed over. This romanticised view of the US pioneer is still accepted and passed on today.

About 55 years later, Blaise Cendrars wrote the adventure novel ‘Gold. The marvellous history of General John August Suter’. The story of Sutter’s life, as imagined by Cendrars, became a heroic tale and formed the basis for scores of subsequent interpretations. The Zurich world premiere of the play by dramatist Cäsar von Arx in 1930 was a great success. But it wasn’t just in Switzerland that this version of the story continued to proliferate. The National Socialists were not above using the famous Swiss man, who was born in Germany, for their propaganda strategy: the 1936 film ‘Der Kaiser von Kalifornien’ (The Emperor of California) produced by Luis Trenker, was praised in the highest terms by Joseph Goebbels at the film festival in Venice. The high regard in which the heroic General Sutter is held still shows little sign of waning. The latest novel about him was published in Switzerland in 2016. In Kandern, the city of his birth, moves have been afoot since 2017 to enter into a twinning arrangement with Sacramento.

This article originally appeared in the Landesmuseum blog. It regularly covers fascinating stories from the past. For example ‘Sigg – the epitome of utility’.

It came out that he had traded in indigenous children.

Beyond cultural memories, Sutter has also been a frequent source of identity for Switzerland in a political context as well. In 1976 Sutter played a central role in the touring exhibition ‘Swiss in American Life’ designed and organised by Pro Helvetia to mark the bicentenary of the USA.

In the 1980s, the ‘New Western History’ challenged the existing interpretive authority of the American historiographies on the frontier narrative, and thus also the Sutter narrative, by raising questions about the traditional understanding of the history of the ‘Wild West’. People were no longer interested in the white, mostly male pioneers who were the accepted heroes of the Great American Story; instead, they wanted to know about the indigenous societies decimated by the westward migration, the rarely mentioned women, and the rest of the hitherto invisible cast of the Winning of the West story.

As far as the Sutter story is concerned, it came out that he had hundreds of indigenous slave labourers who not only built his fort, but also maintained it. And that he traded in indigenous children. Interestingly, at the very moment when cracks were starting to appear in the dazzling façade of the hero myth, the Swiss exile community United Swiss Lodge of California (U.S.L.O.C.) from Sacramento had begun work on more prominently commemorating their ancestor.

Basel-Landschaft had co-financed a Sutter statue with a 50,000 franc contribution from lottery funds.

The U.S.L.O.C. approached private and political interest groups in the Canton of Basel-Landschaft with the request that they lobby for some form of commemoration of Sutter, as he had been a citizen of the Basel-Landschaft village of Rünenberg. And so it came about that, from the mid-1980s, the owners of the General Sutter Distillery in Sissach and a number of the Canton’s state councillors campaigned for financial involvement in the installation of a larger-than-life Sutter statue in Sacramento.

Even the office for expatriate Swiss of the new Helvetic Society (now ASO) joined in with the efforts in 1986 to prominently pay tribute to Sutter, and poured its energy into convincing the Basel-Land government to fund the erection of a monument to ‘probably Switzerland’s greatest citizen’. In 1987 the day arrived: the cantonal president travelled to the inauguration ceremony for the statue, which Basel-Landschaft had co-financed with a 50,000 franc contribution from lottery funds. At the same time, the various communities of interest worked to strengthen relations between the two cities. In 1989 Liestal entered into a twinning partnership with Sacramento, initiating an official tribute to Sutter.

This twin cities arrangement is still in place today. In June 2020 the statue was removed from its pedestal as part of the Black Lives Matter movement, under pressure from a number of indigenous communities in California and academic circles – clearly a signal for a more nuanced commemoration of this Swiss ‘hero’.