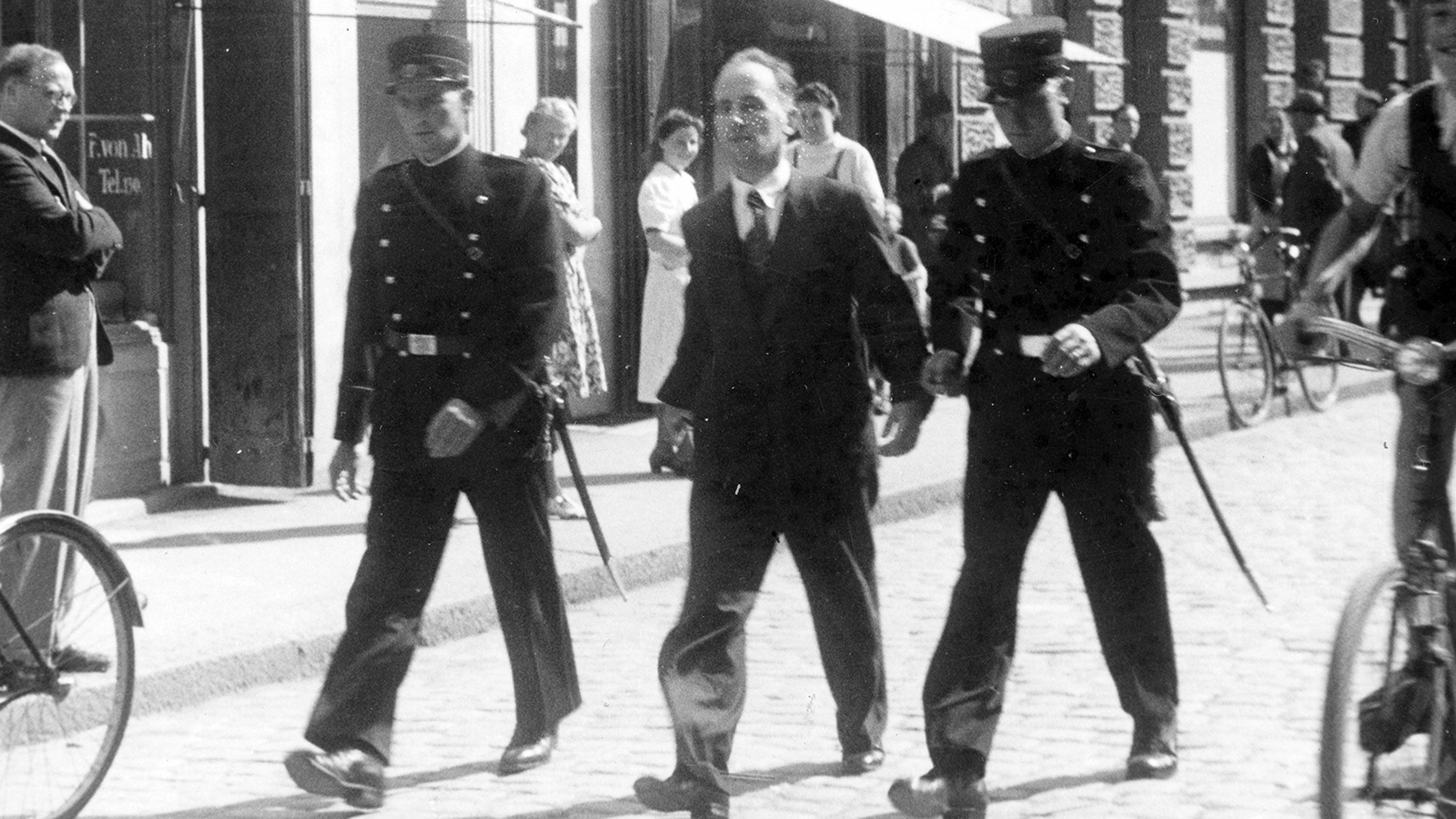 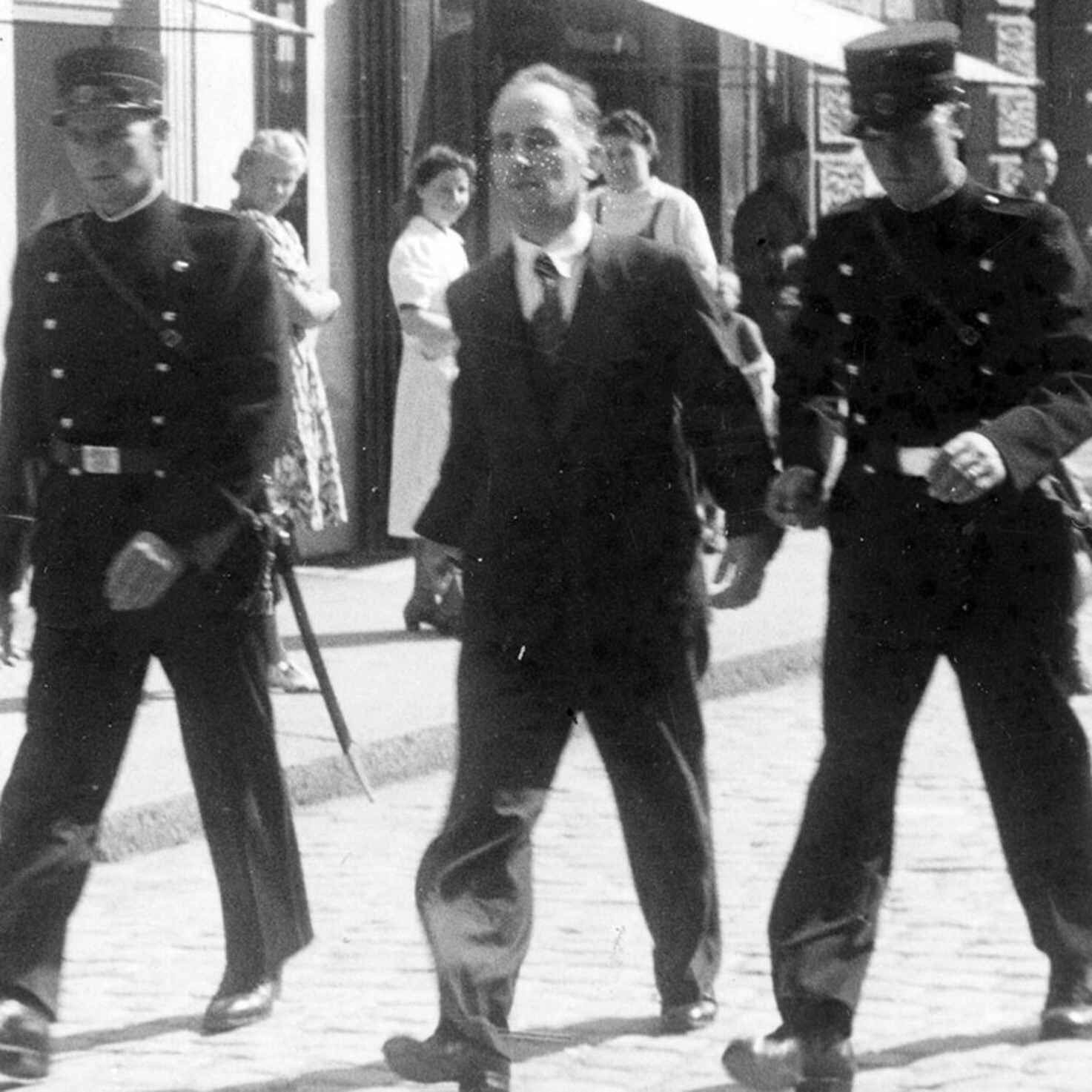 At 2 a.m. on 18 October 1940, Hans Vollenweider was executed by guillotine in Sarnen. Vollenweider, from Zurich, had shot dead an Obwalden policeman in 1939. However, two other murders in the Cantons of Zurich and Zug, which Vollenweider had also committed, were not part of that sentence. Vollenweider’s was the last death sentence carried out under civil law in Switzerland.

Born in Zurich in 1908, Vollenweider had an unremarkable childhood, although he is known to have grown up in impoverished circumstances. After a commercial apprenticeship and a number of positions as a clerical worker he went into business for himself, but quickly lost all his savings. A planned abduction and an attempted bank robbery marked the beginning of his criminal career. After serving his sentence, however, Vollenweider was not released; instead, he remained incarcerated as he was considered at risk of re-offending. He was supposed to spend another three years in prison. But Vollenweider failed to return from his first permitted leave of absence in June 1939. He went on to murder three people within a short space of time.

Who was responsible for trying the case?

In 1939, criminal justice was still entirely within the jurisdiction of the cantons. For that reason, Vollenweider was convicted and executed ‘only’ for the murder of young Obwalden policeman Alois von Moos. The killings of chauffeur Hermann Zwyssig in the Canton of Zug and postal worker Emil Stoll in Zurich were not part of the proceedings, even though Vollenweider had confessed to both crimes.

This article originally appeared in the Landesmuseum blog. It regularly covers fascinating stories from the past. For example ‘Sisi’s assassin’.

When it came to the question of which canton was responsible for the criminal prosecution of the case, feelings ran high. In Zurich, the death penalty had been abolished in 1869. The case was therefore referred from Obwalden to the Canton of Zug, which also carried out executions. However, the courts of Zug adjudged themselves not responsible for the case, because Vollenweider now suddenly claimed to have murdered Hermann Zwyssig in the Canton of Bern. Clearly, he was aware that a conviction in Zug would also have meant death. That left only the judicial systems of Zurich and Obwalden.

Convicted of only one murder

It wasn’t until 1 January 1942, with the adoption of the Swiss Criminal Code, that capital punishment was abolished nationwide for civil offences. That was too late for Vollenweider. Life imprisonment would have been possible in the event of a conviction in the Canton of Zurich, but Obwalden opposed Vollenweider’s extradition to Zurich for precisely that reason.

Model of the Lucerne guillotine. It was transported from place to place in Switzerland to carry out executions.

Conversely, the Zurich courts could likewise have transferred their right to seek punishment for the murder of postal worker Emil Stoll to the central Swiss courts of Zug or Obwalden. But they were prepared to do that only if Zug agreed not to impose the death penalty. However, that prospect was of no interest to the Obwalden judiciary, and as a result Vollenweider was ultimately beheaded only for the killing of police officer Alois von Moos. For technical reasons he was not charged with the other two crimes, even though he had explicitly confessed them to the investigating authorities.